When it comes to the '90s era of BMW, the E38 is, in countless ways, definitive of the marque. The chassis represents a direct focus a unique blend of comfort and power, with the now iconic BMW V12 standing as the must-have power plant option. The autobahn stormer boasted impressive figures: 322 horsepower and 361 pound-feet of torque in stock trim, making for a prime example of what a grand touring sedan could and should be. 20+ years later, the E38 still exudes a sense of elegance, with lines that define an era of BMW design language, executed to perfection. Clearly, John Naumann agrees, and presents us with his take of an icon: his 2001 BMW 750iL. 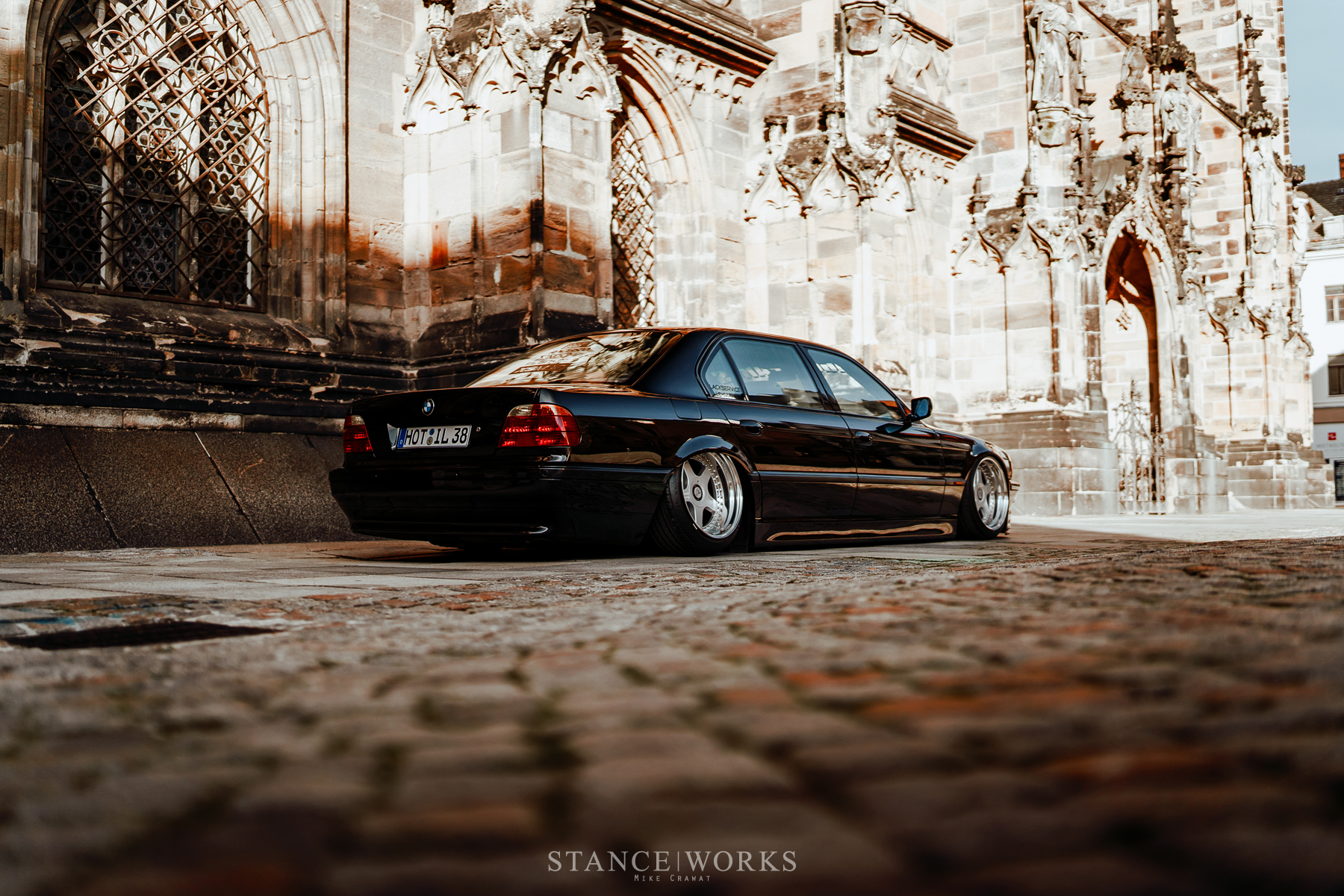 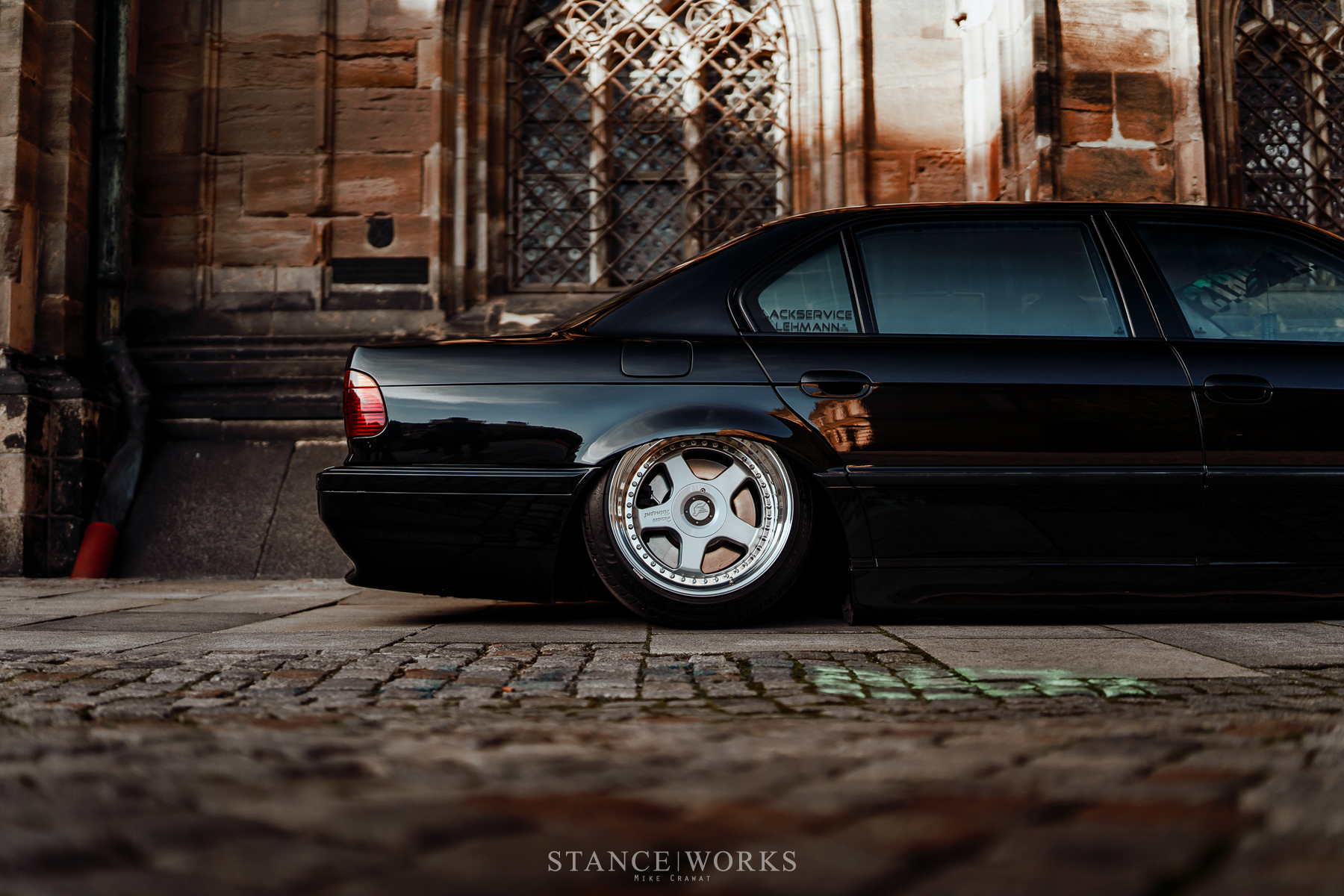 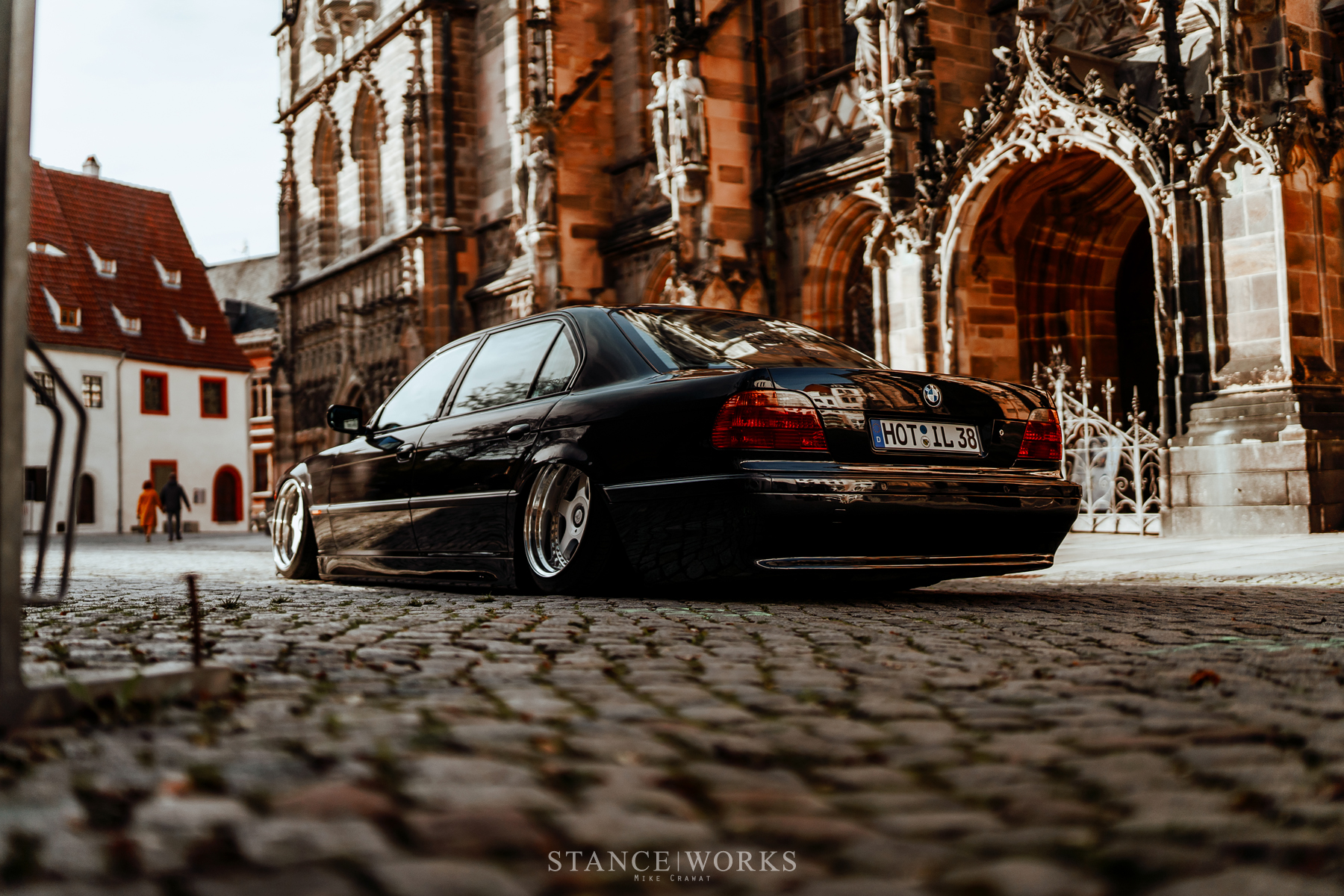 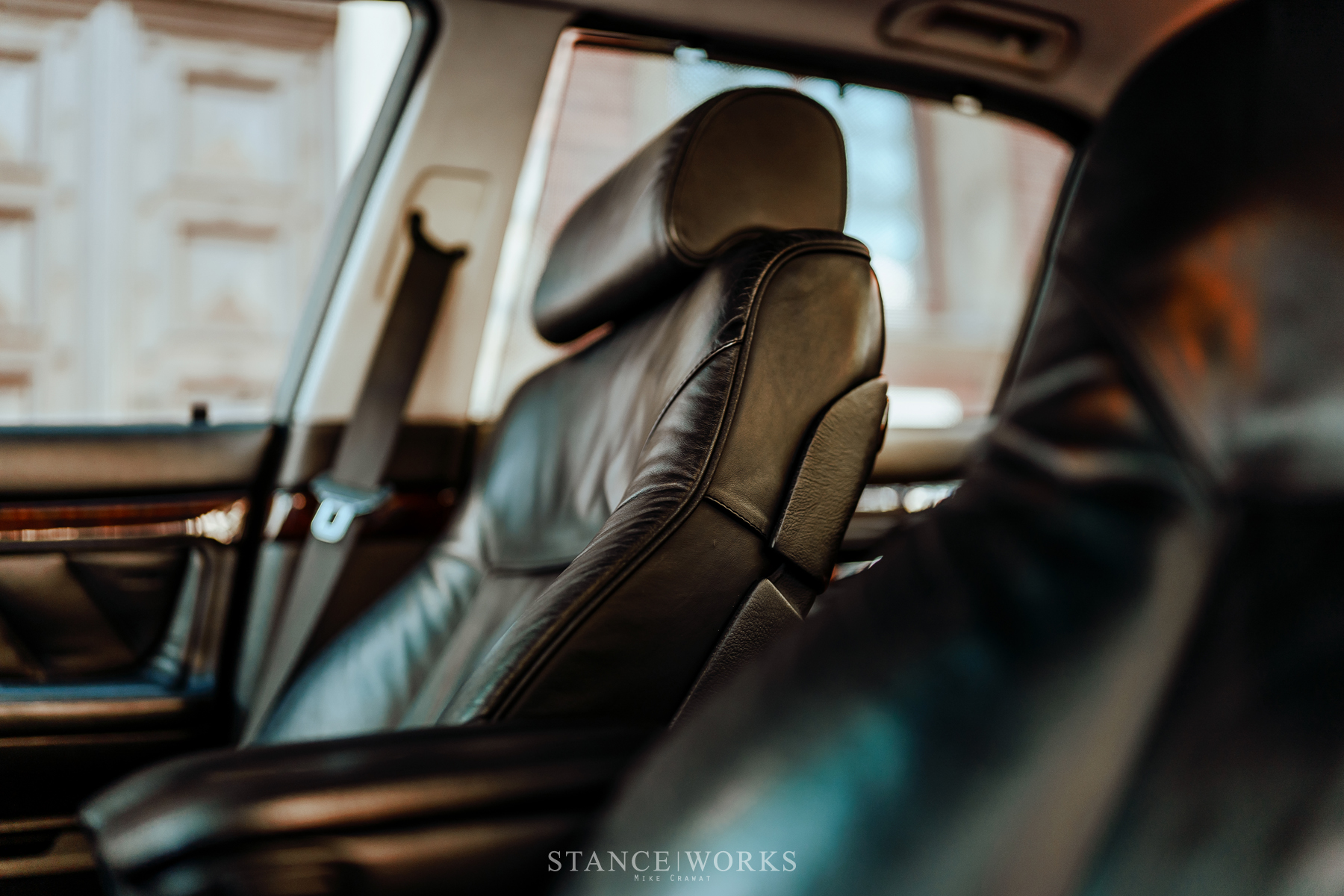 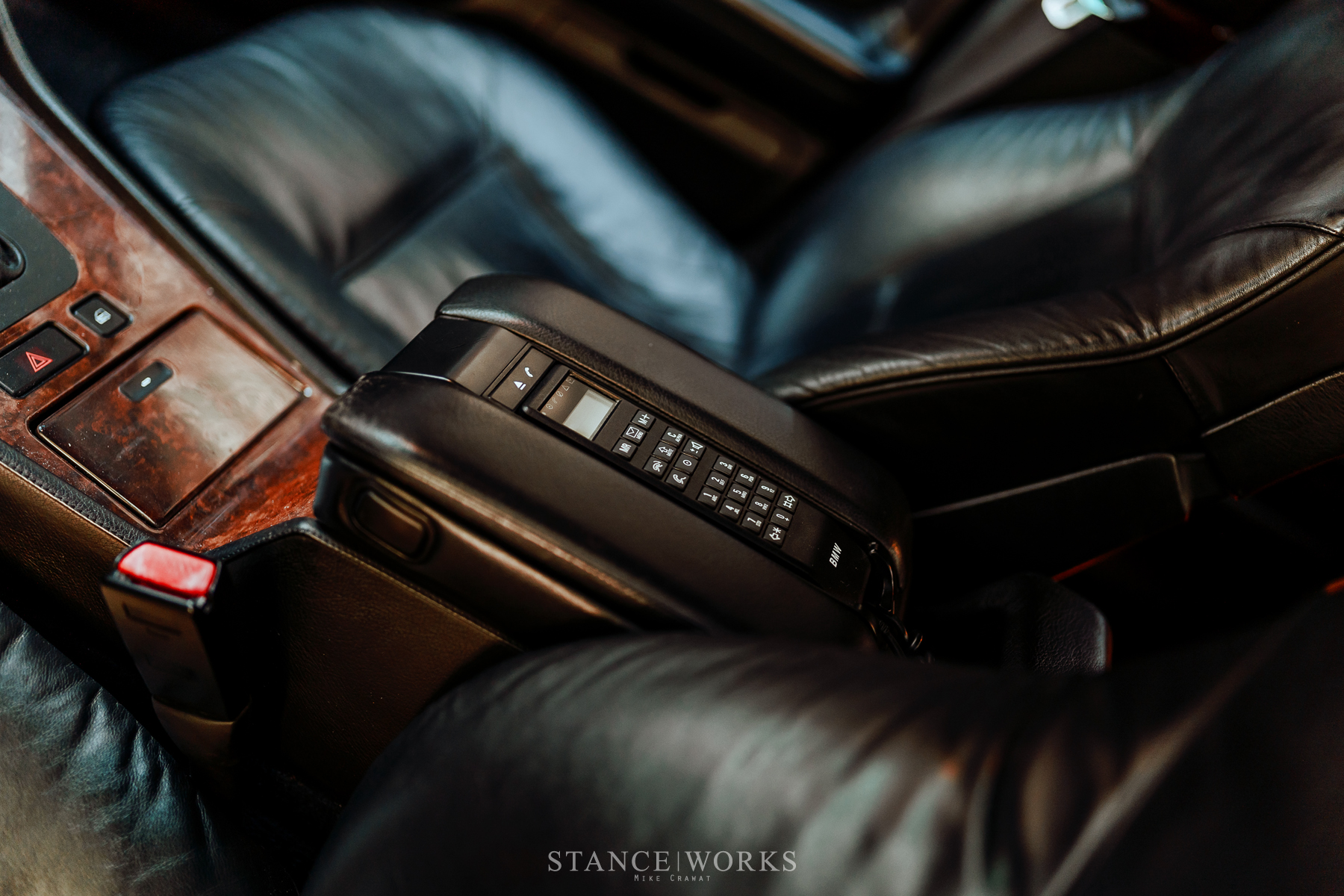 At a base price of $92,000, the 750iL was BMW's flagship model in 2001, but a quick walkaround of the car quickly explains why. On John's example, black leather runs bow to stern on the inside, with wood trim highlighting edges throughout. BMW's luxuries of the time, such as power window shades and a car phone, hint as to the incredible standard this car once represented. The V12 under the hood makes it a first for the homepage, standing apart from the much more common 740 platform, which was equipped with a 4.0-liter V8 instead. The "L" in the name confirms the extended wheelbase option, which offers significantly more leg room in the back, along with longer rear doors for what many agree to be perfectly lengthened body lines. 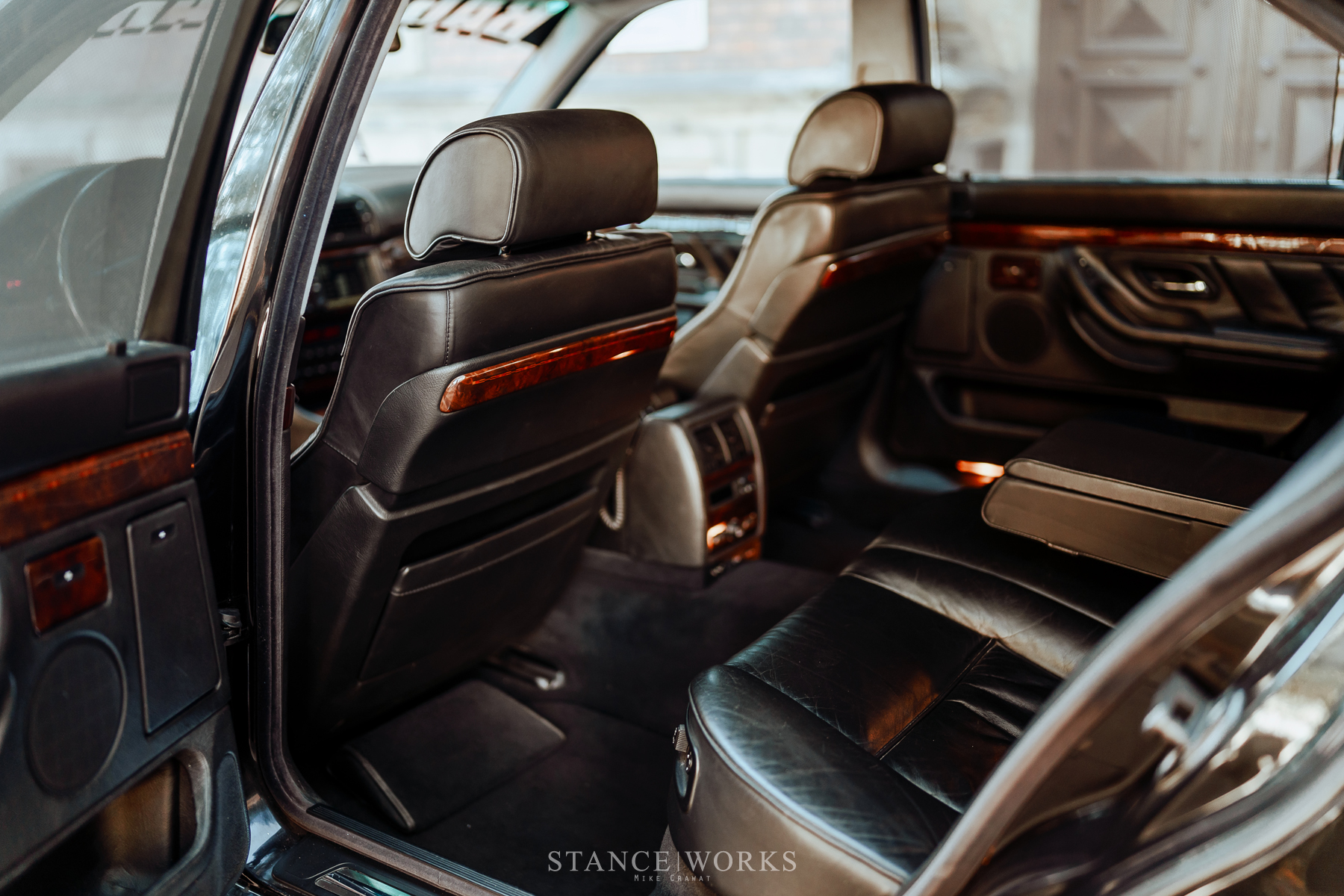 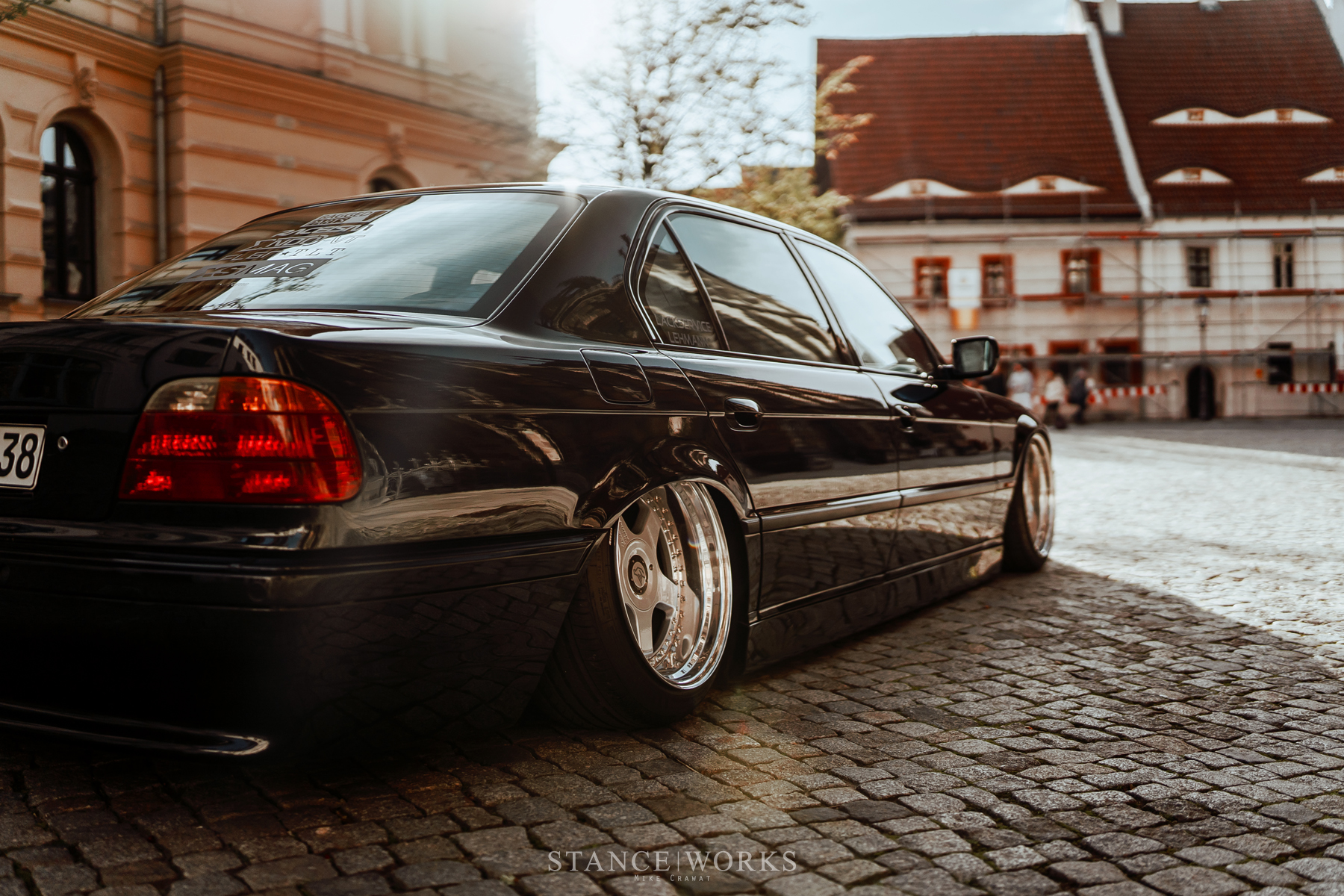 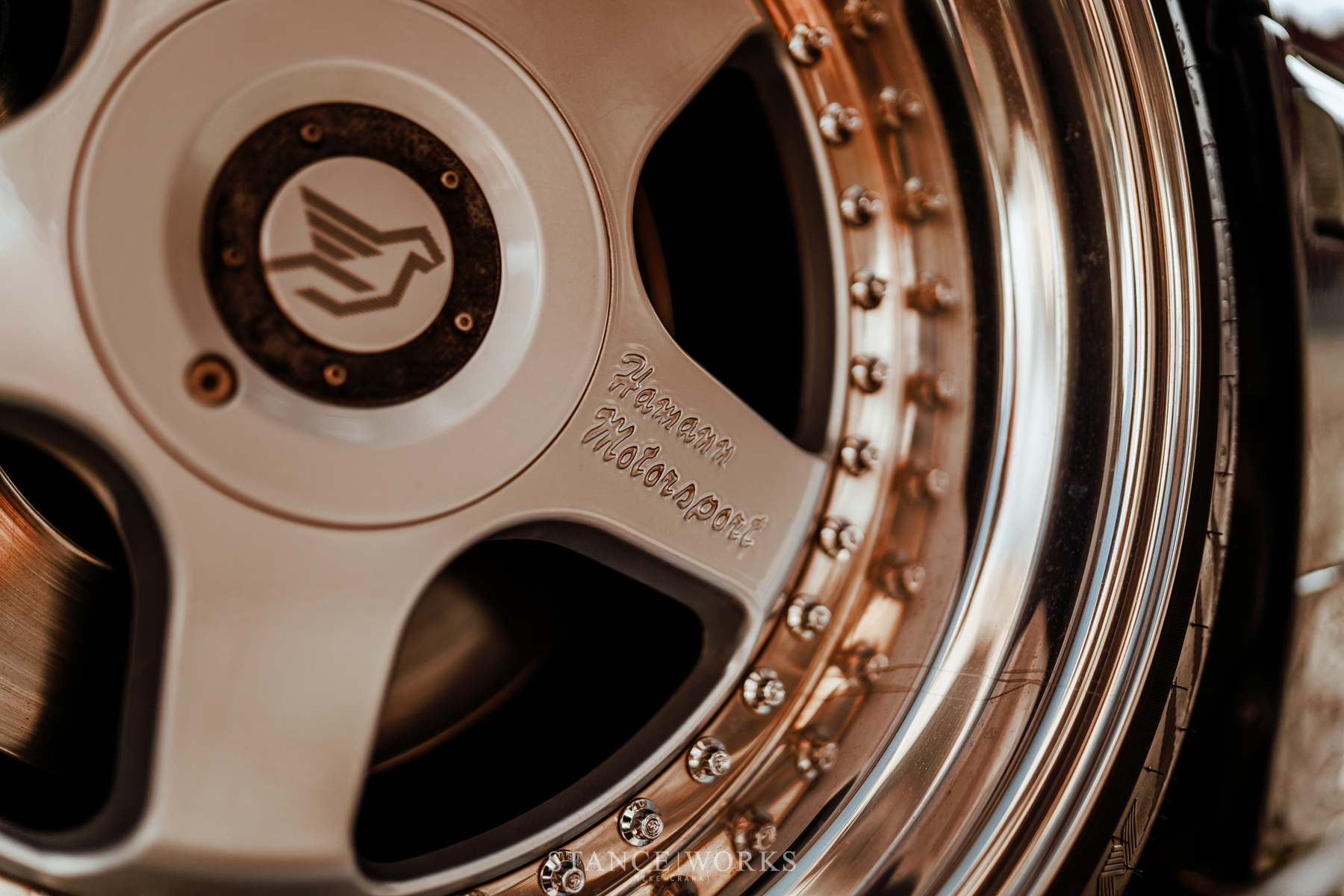 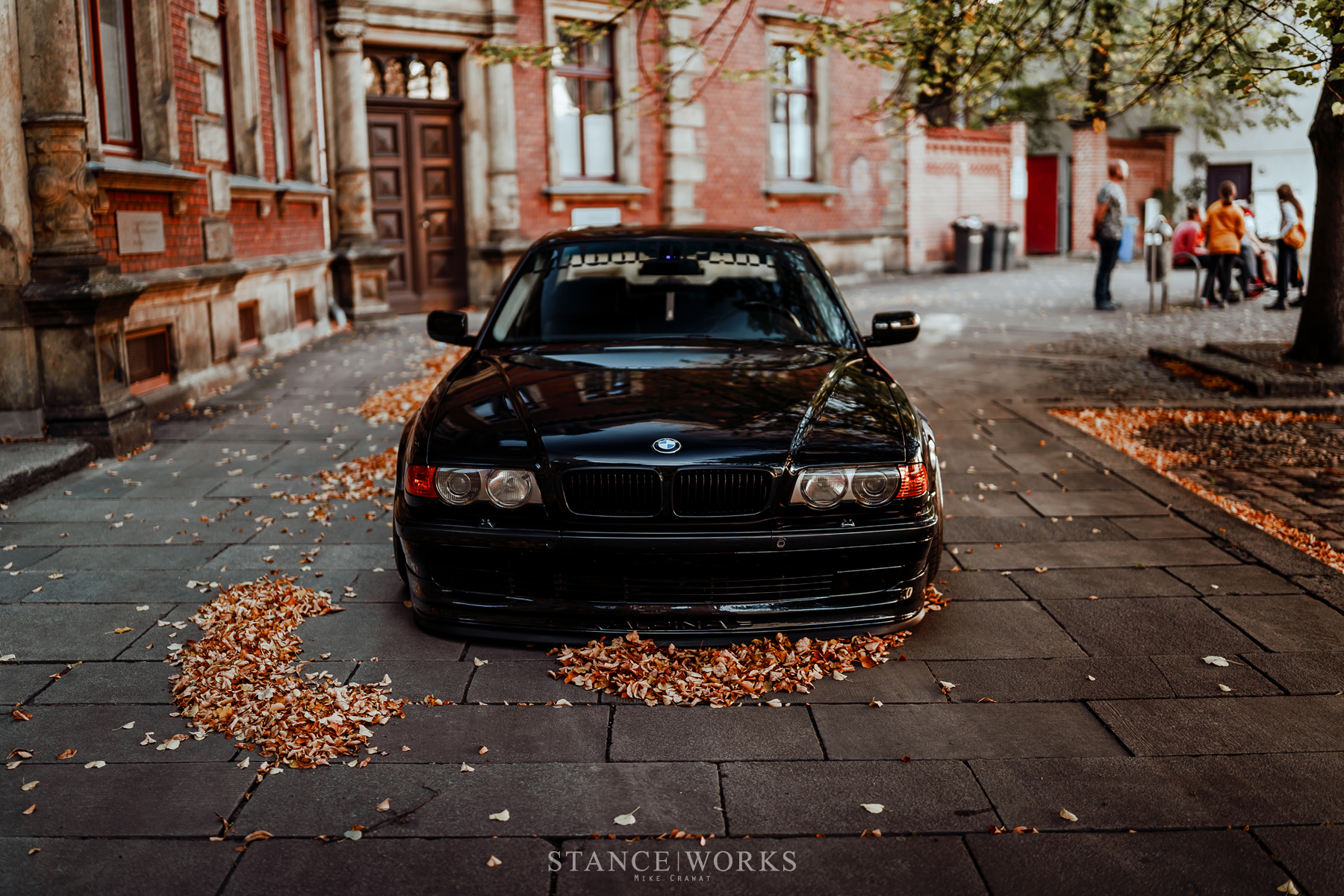 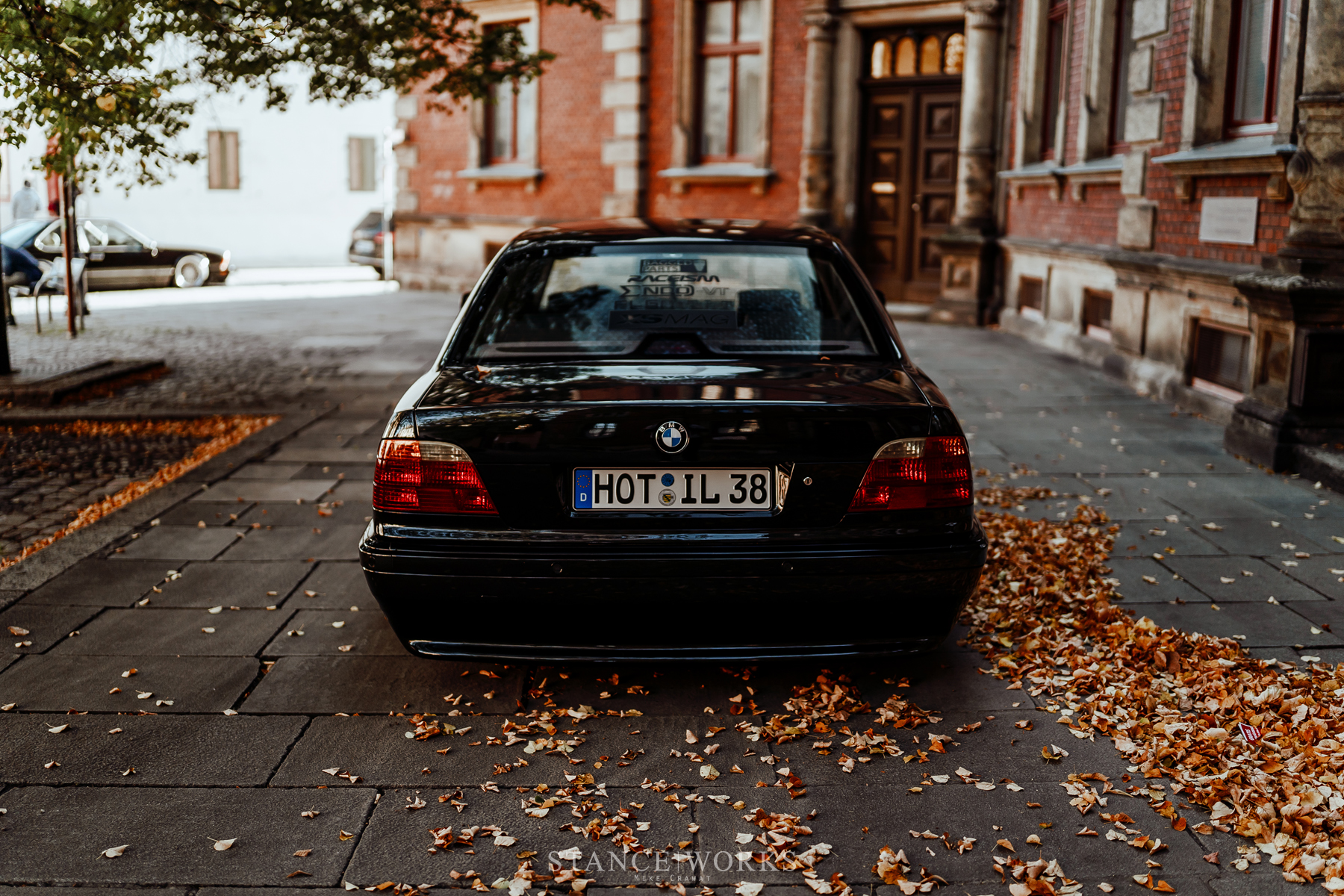 We're inclined to agree with John: there's no better look for a long wheelbase 7 than firmly planted on the asphalt. As an owner of BaggedParts in Germany, an air ride supply house, it's a rather fitting conclusion for this example, which has been worked extensively to lay flat on the ground. The air install is, of course, the focal point of the build as a promotion piece for his business, which features a hardline trunk installation utilizing the now defunct and out-of-business Accuair E-Level for digital management. Custom air struts provide the up-and-down side of the equation, with an emphasis on down, further elongating the already-long ride. 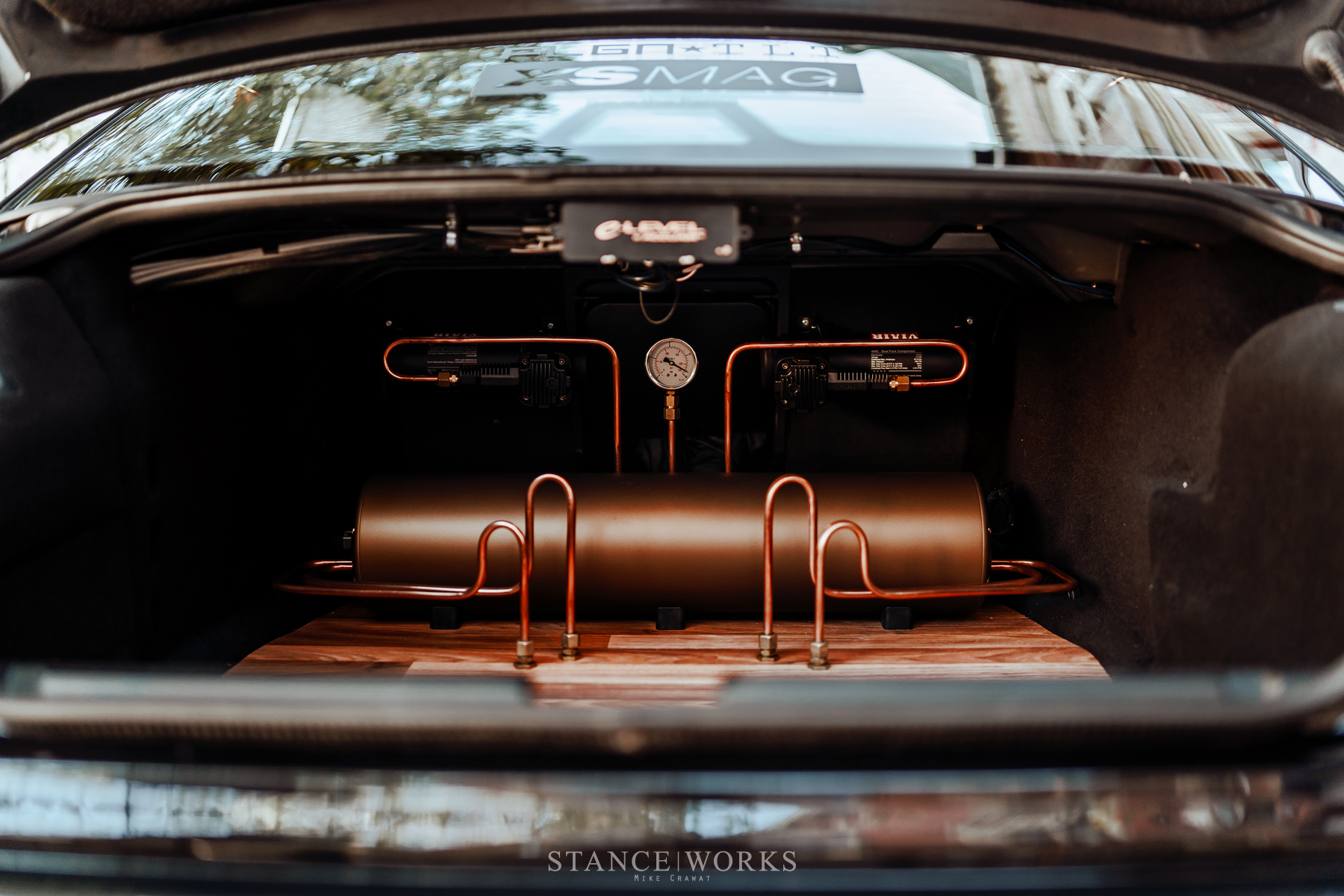 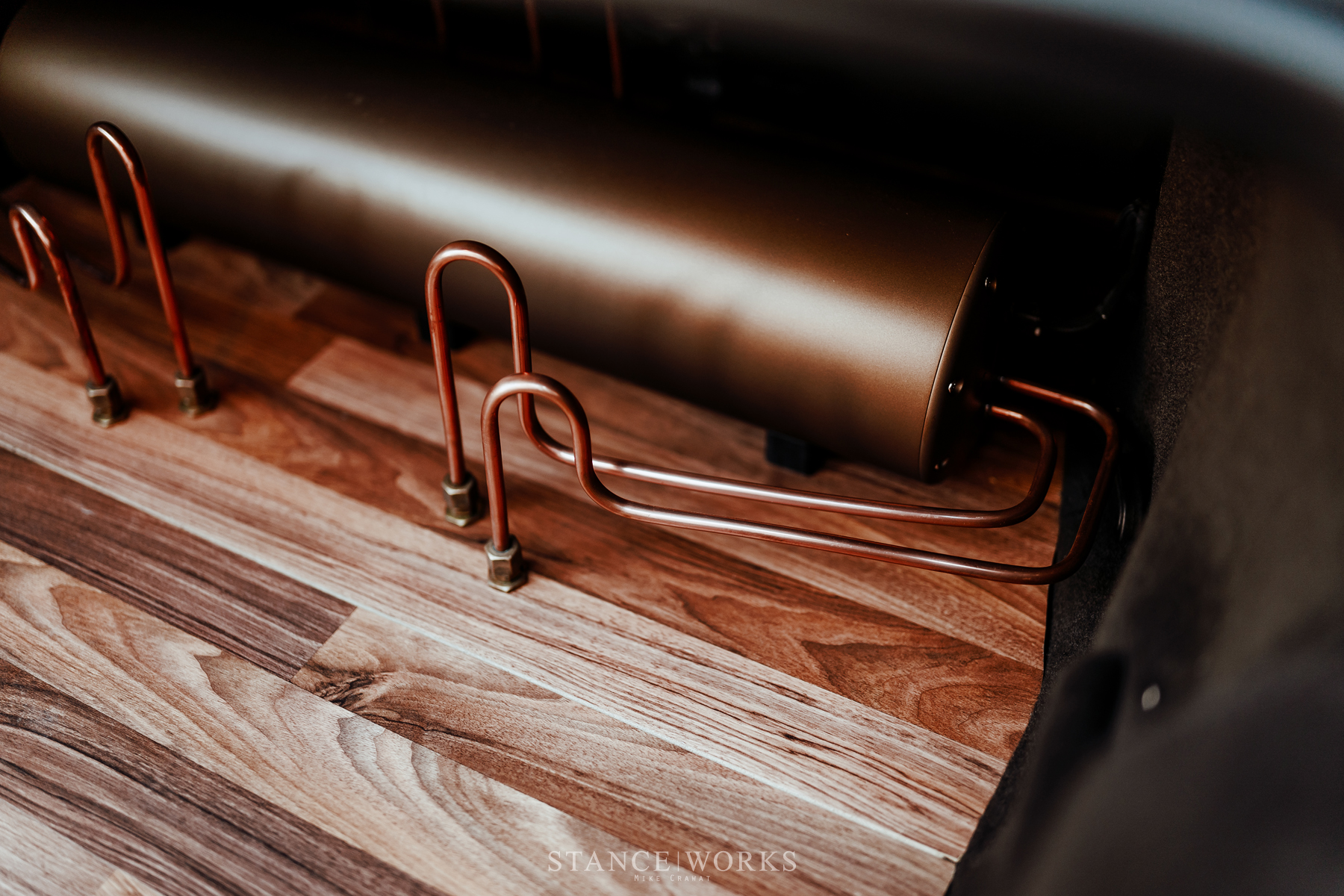 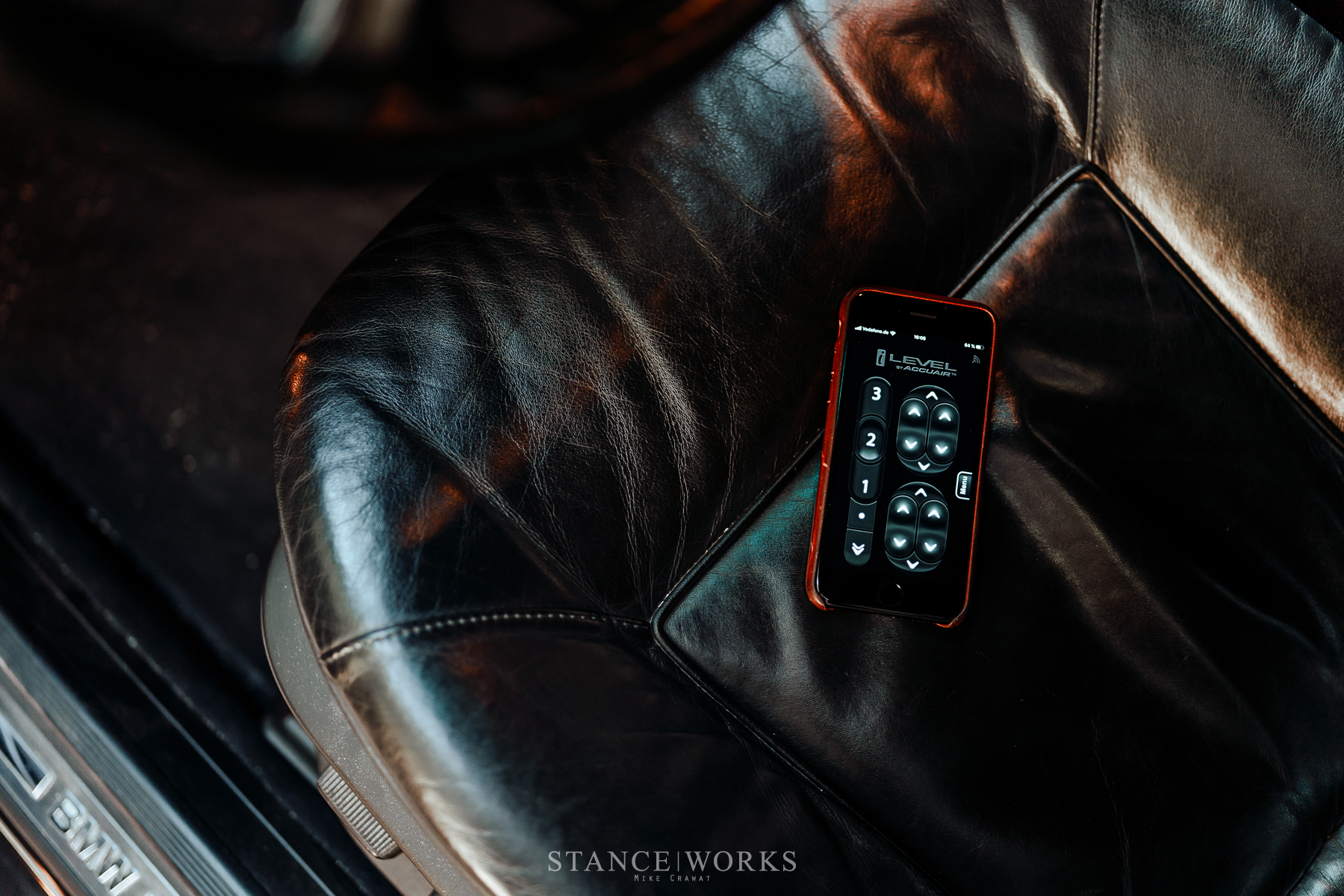 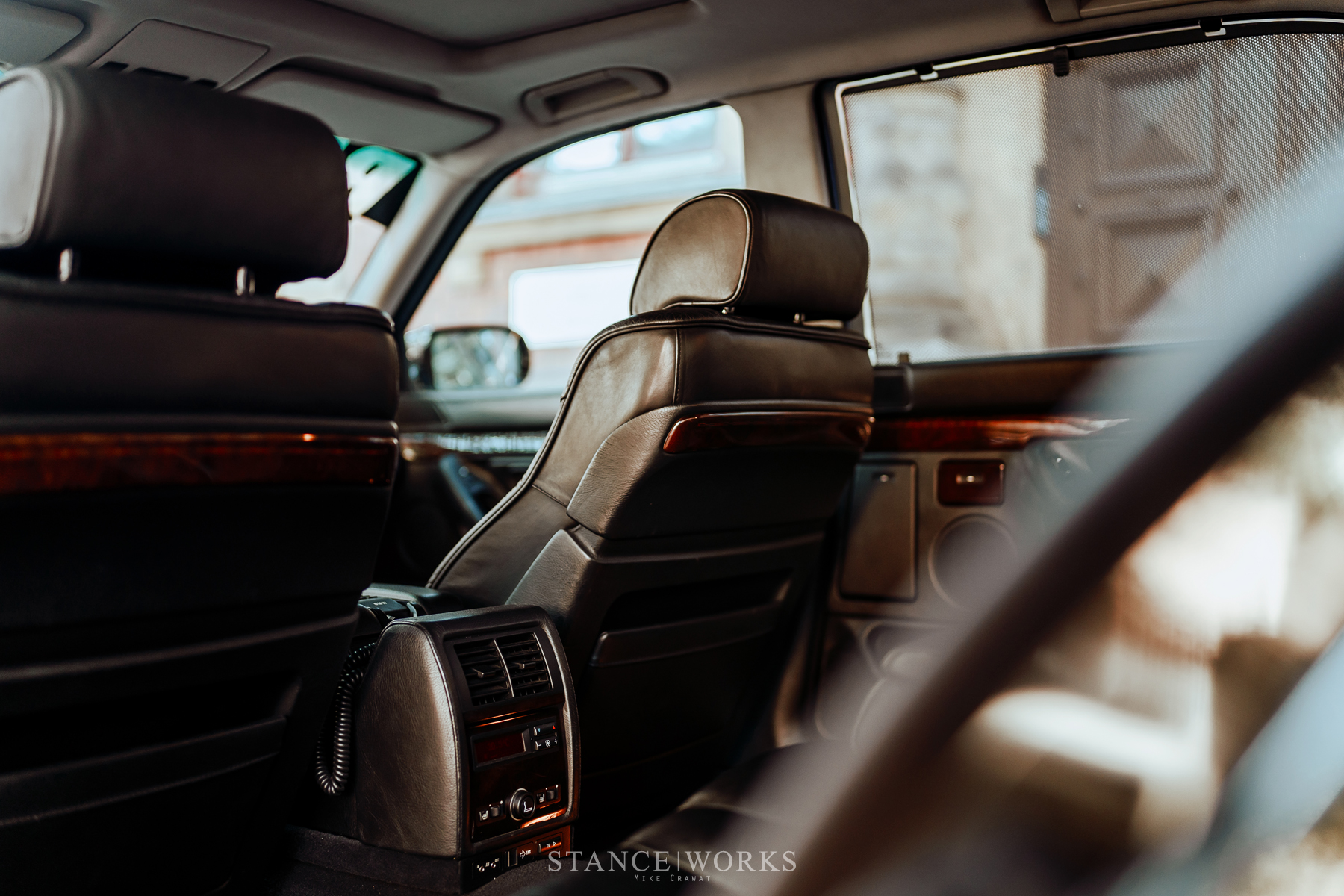 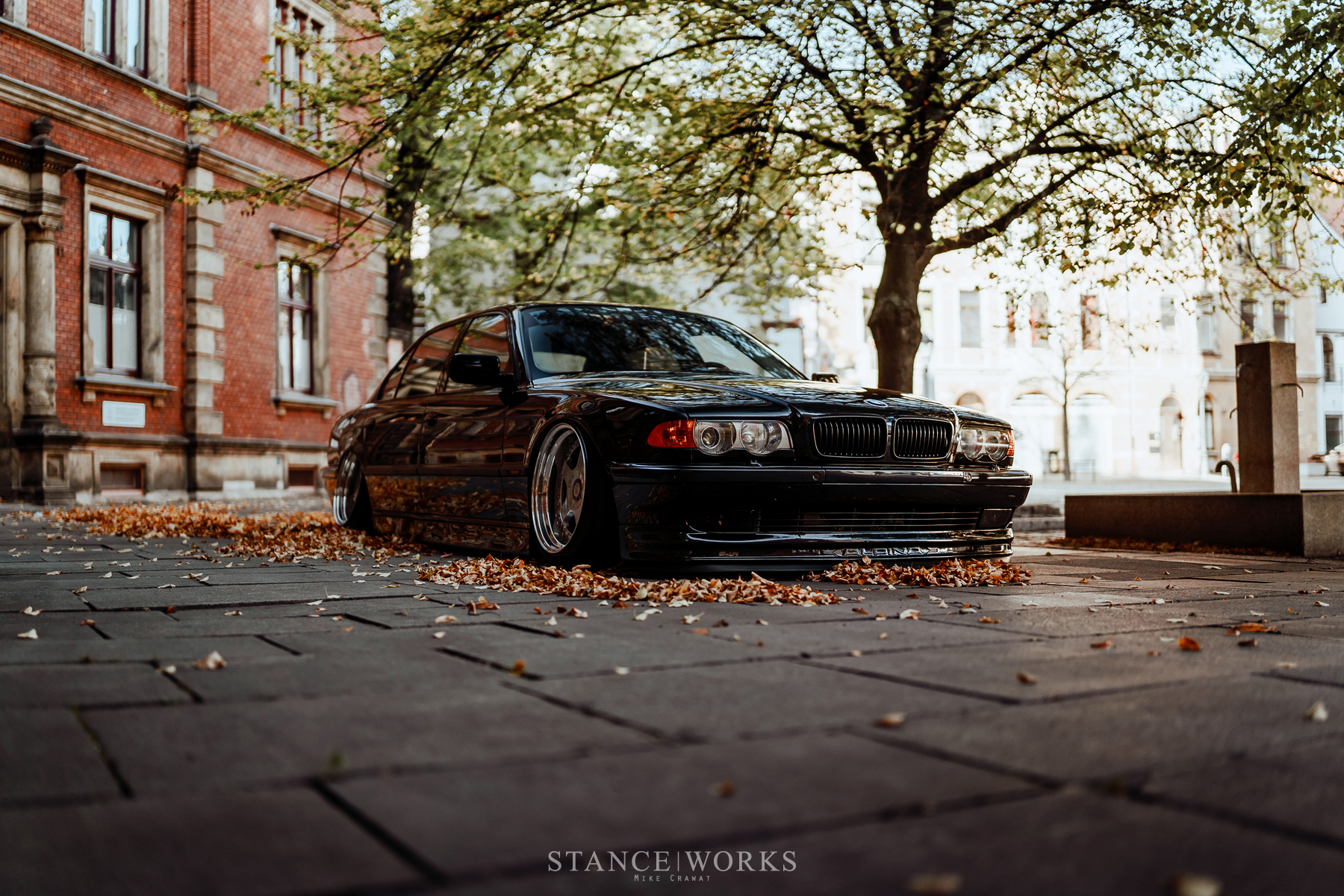 A full respray in factory Schwarz paint by Lackservice Lehmann has the car looking as nice as the day it rolled off the showroom floor, with skirts and an Alpina front lip to help bring it closer to planet Earth. The lines of the E38 are otherwise untouched, which help to emanate a sense of factory-ness to the build. Enormous Hamann PG1s with custom hardware fill the factory wells, with the fronts sitting flush while the rears are stuffed to the brim. All of the car's brightwork has been shadowlined, making the lips of the wheels an unmissable focal point of the car's exterior. Some might argue - including us - that E38s simply should have come this way. As a high point of an era, the E38 has earned a place in many BMW fans' hearts. We can only hope that, like Volkswagens, E38s don't get old, they just get lower. 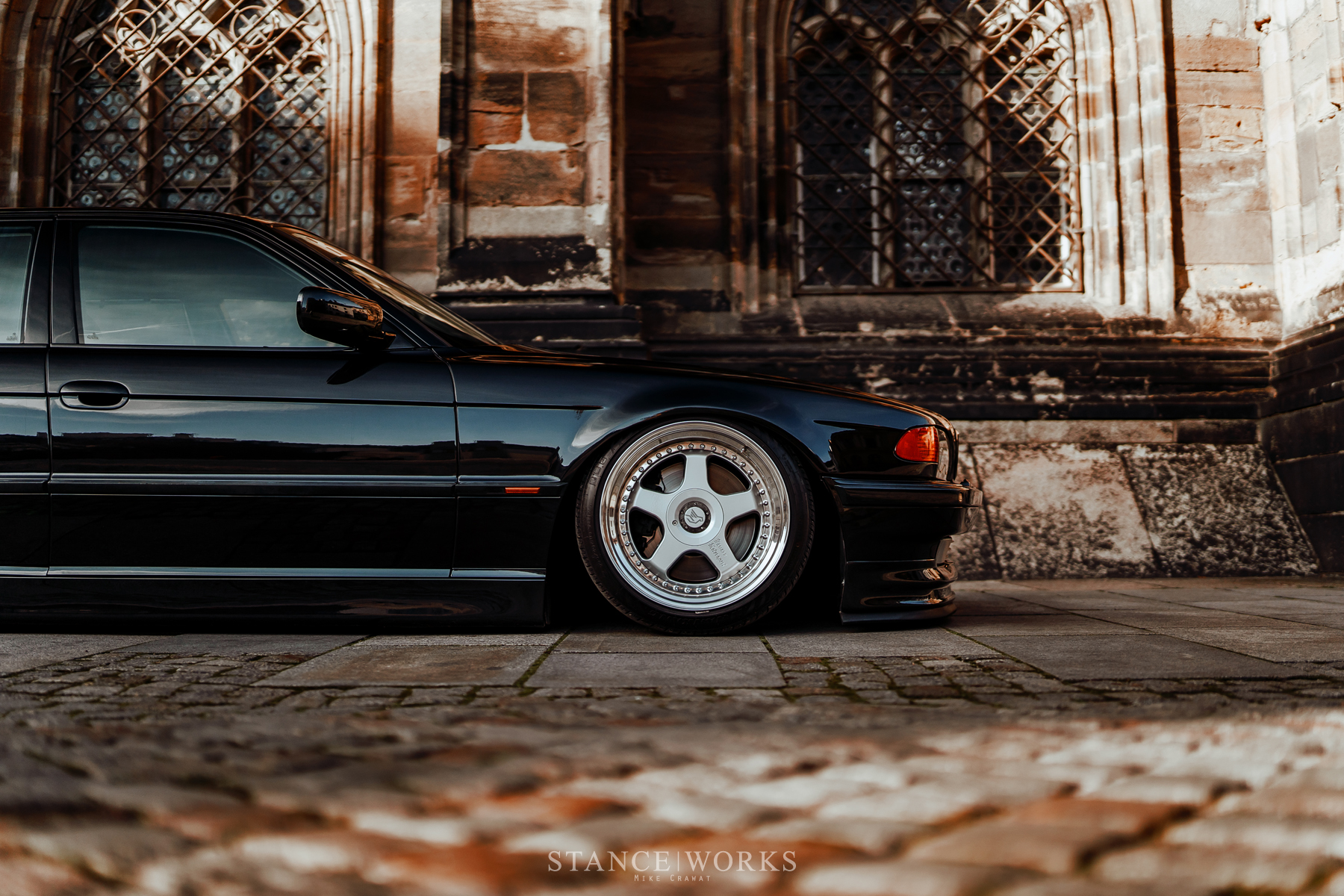 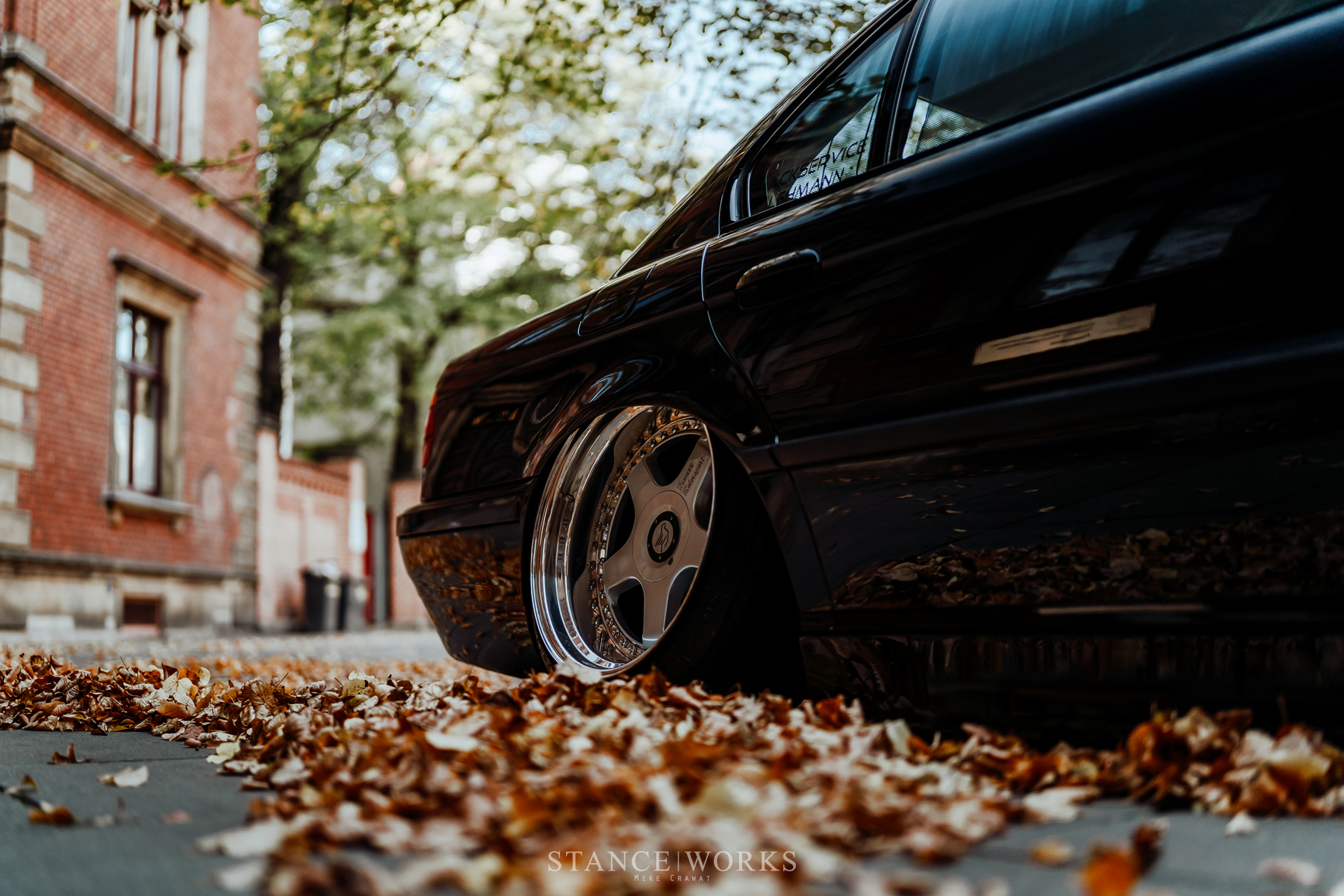 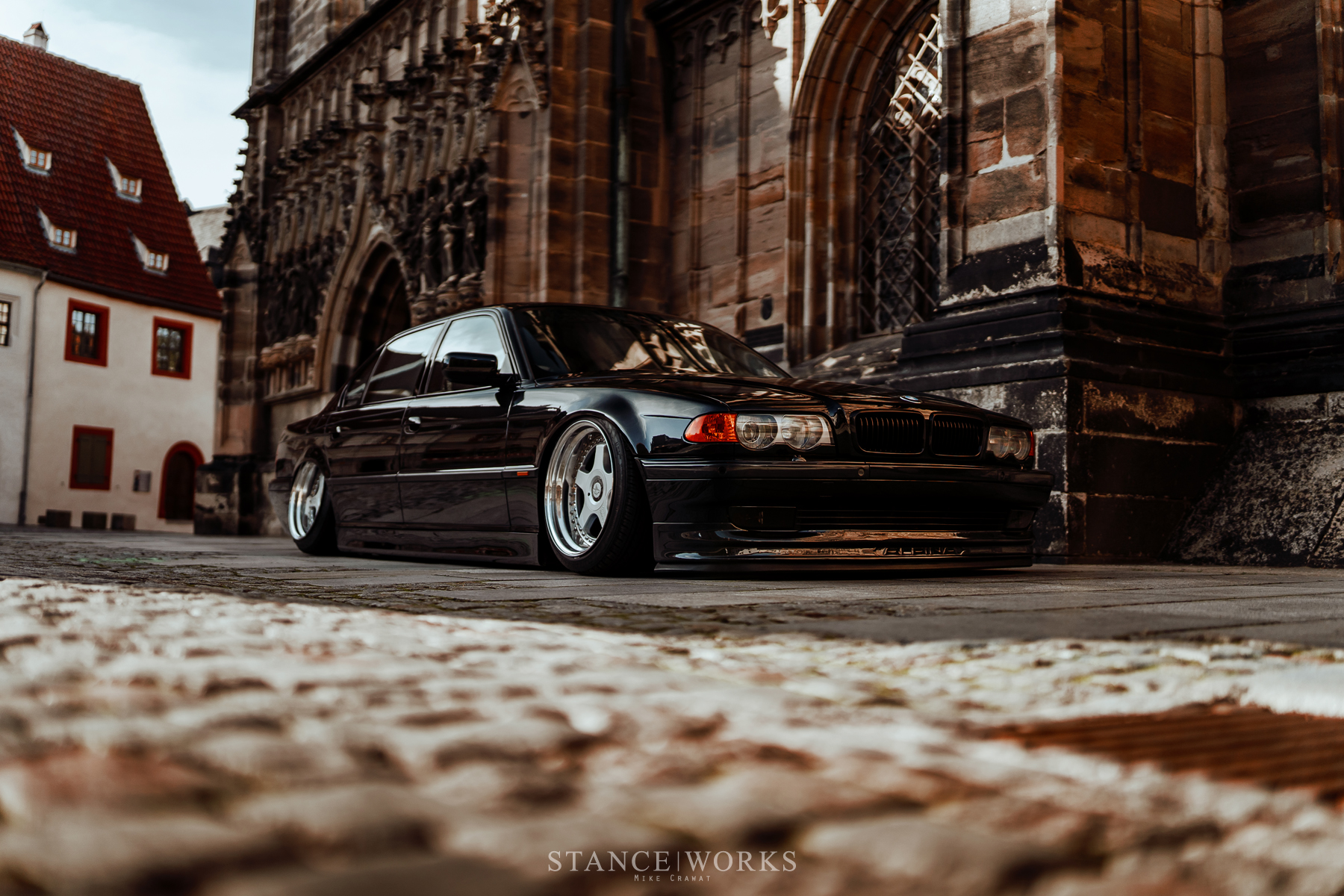