Subverting expectations: from movies, books, and pop culture, to music, news, and yes, even cars too, it's a key element of story telling and artistry. It's "the twist" that aims to keep anything and everything fresh and unexpected. However, there's something to be said for the clear, the concise, and the evident: an "on the nose" approach with no room for interpretation can deliver a powerful message. When it comes to the Motorsport Hardware LS M3, it follows the simplest rule: what you see is what you get, and in this case, that's unbridled insanity. 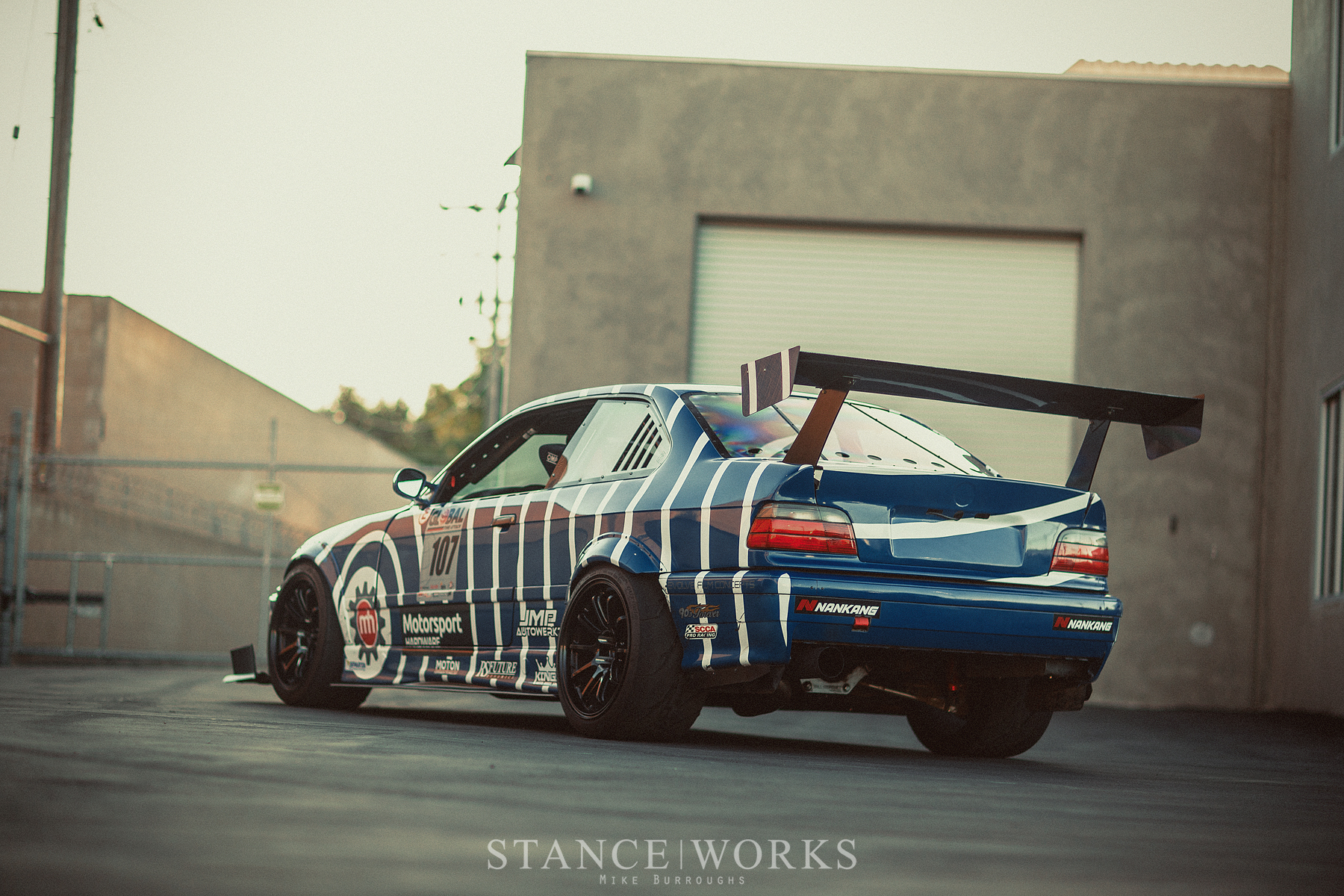 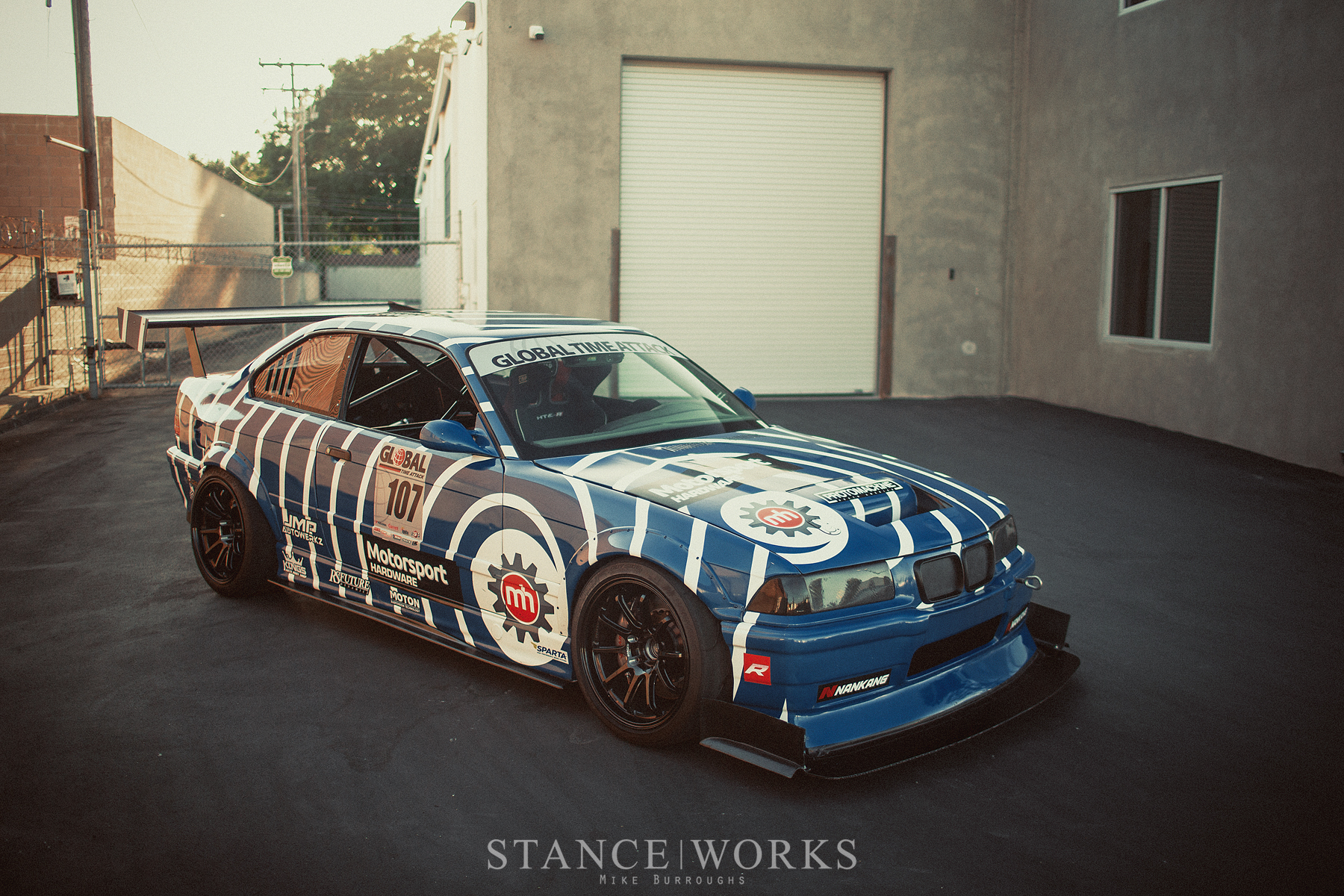 It's likely to age me rather quickly, but for anyone who's been in the BMW game for at least a decade (or two) is likely to remember Ryan Castro's name, or at minimum, his work. His original Esquiss Widebody turbo E36 M3 was the poster child of top-tier builds, alongside the likes of Jon Sibal and a select few others. His builds have carried real weight in the BMW world, helping to define tuning and styles in the '90s and 2000s. To no one's surprise, the man is still at it today, in 2020, and it's a result of both his vision and his love for the E36 platform that we're graced with the animal before us today. 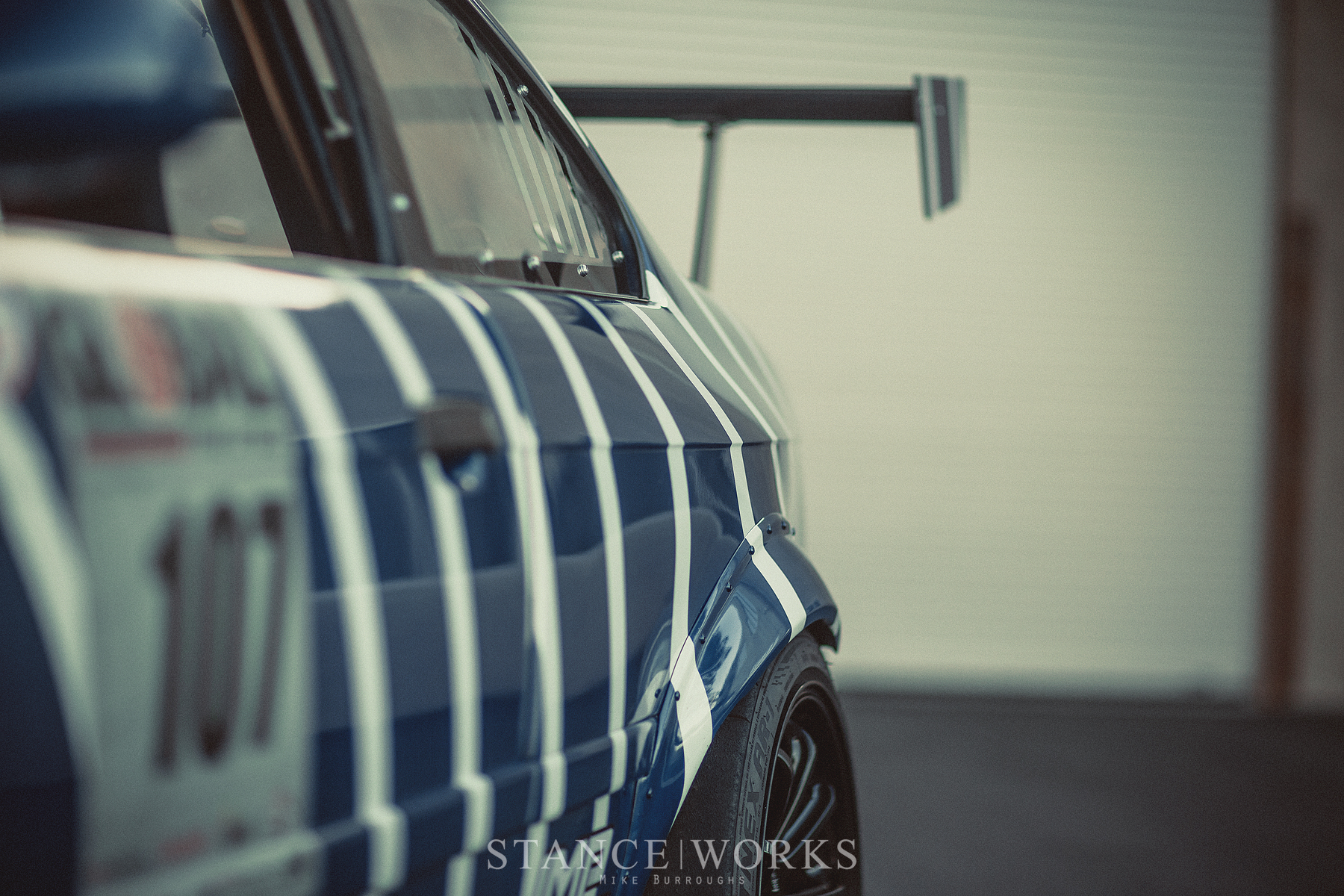 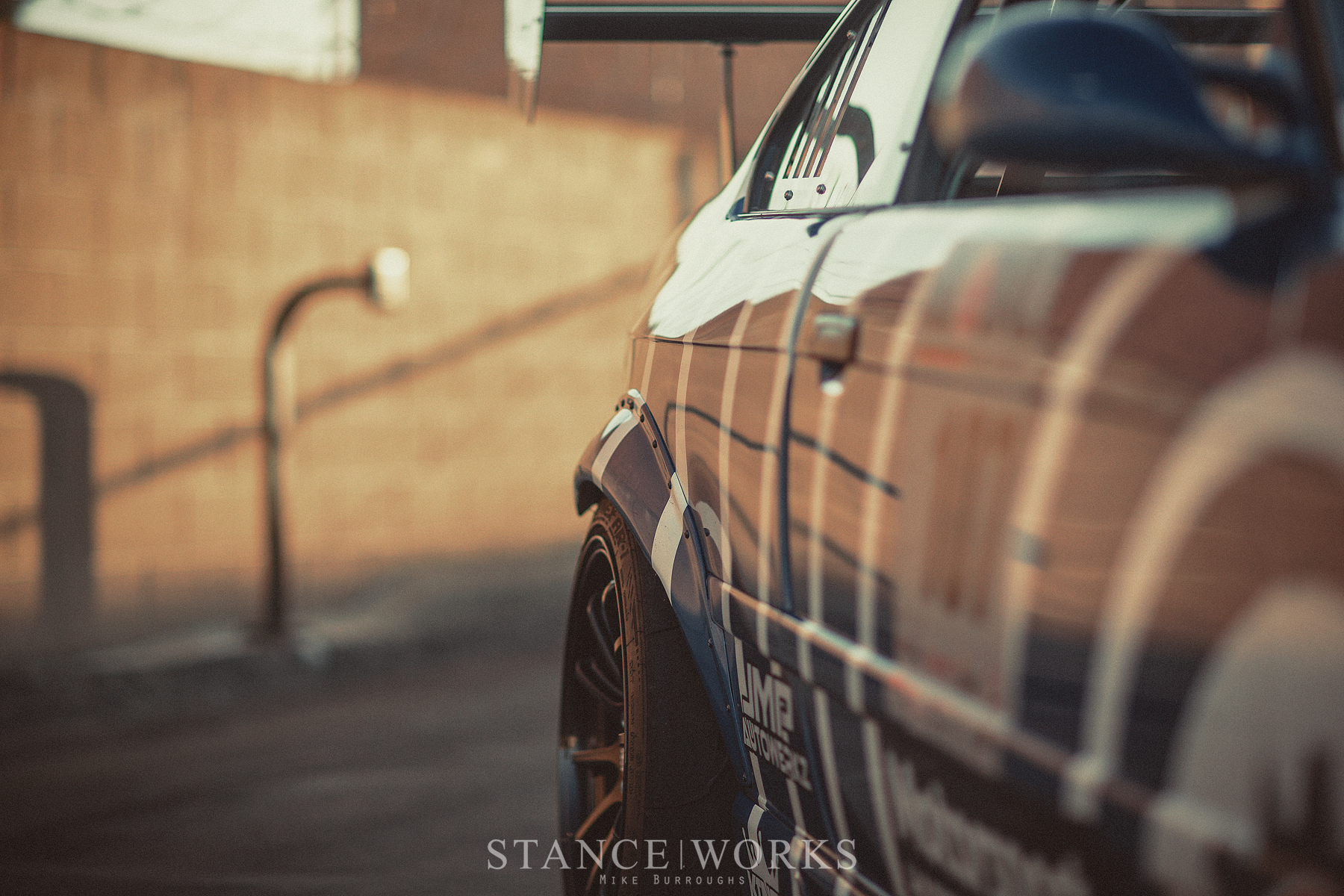 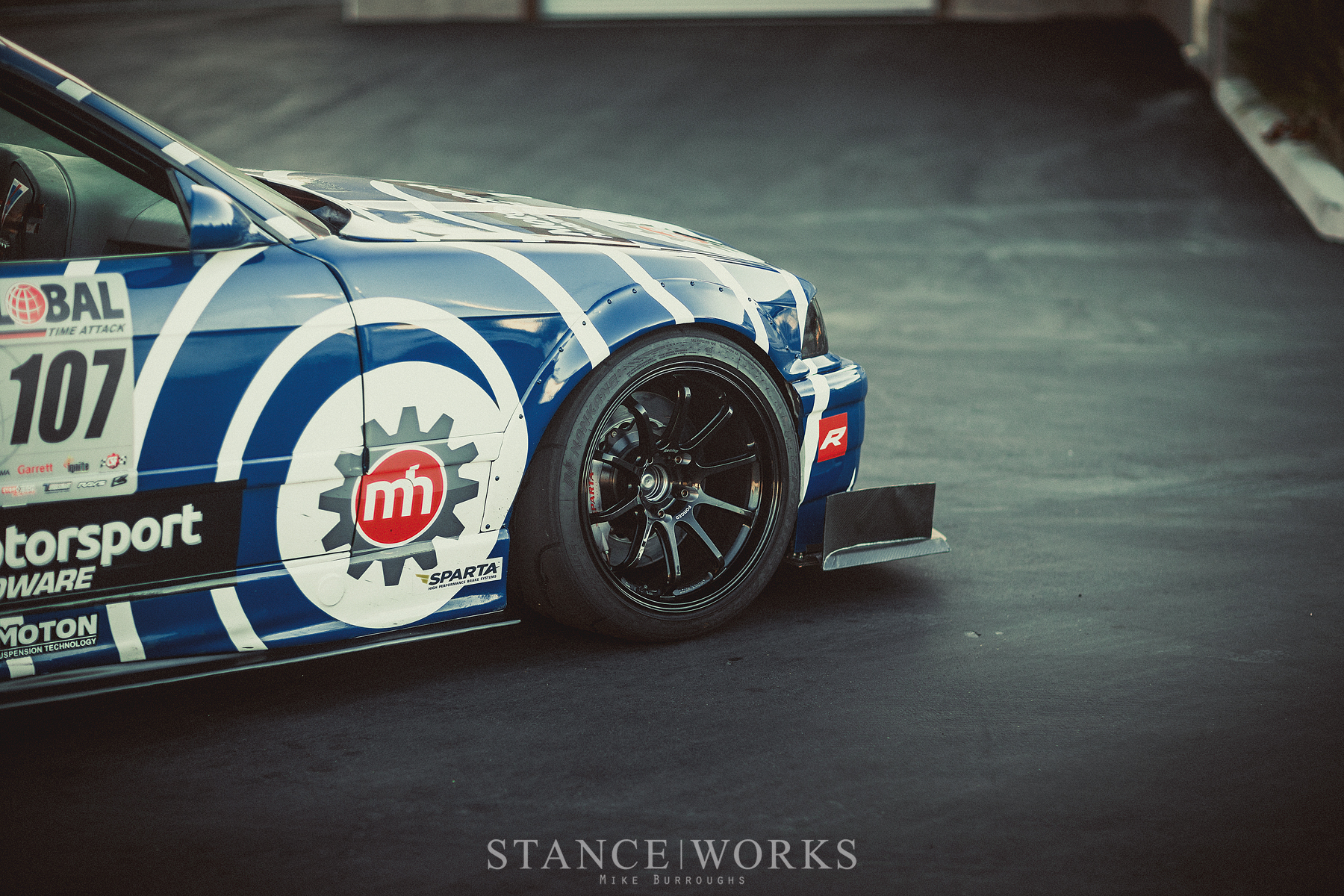 This time around, Ryan's build is narrowly focused on one sole aspect: raw performance, and with that, he has allowed aesthetics to follow suit, fully embracing the mindset that form follows function. The result, which can be surprisingly deceptive at first glance, is one of the widest M3s roaming terra firma. Look again... the LS M3 doesn't merely sport aftermarket rivet-on arches. Oh no. Those are affixed to a fully molded Felony Form widebody kit, which pushes the wells of the M3 to incredible depths on their own. Now, the E36 is able to stuff 295s and 315s underneath its haunches, with an increased track width to boot. Two-way adjustable Moton true coilovers and Swift springs provide the basis of the running gear, working in unison with a slew of custom suspension components and upgrades to make for a blisteringly quick M3 through the turns. The RS Future-developed front splitter and LM wing aero package provide incredible downforce, which only aids in the vehicle's dynamics on track. 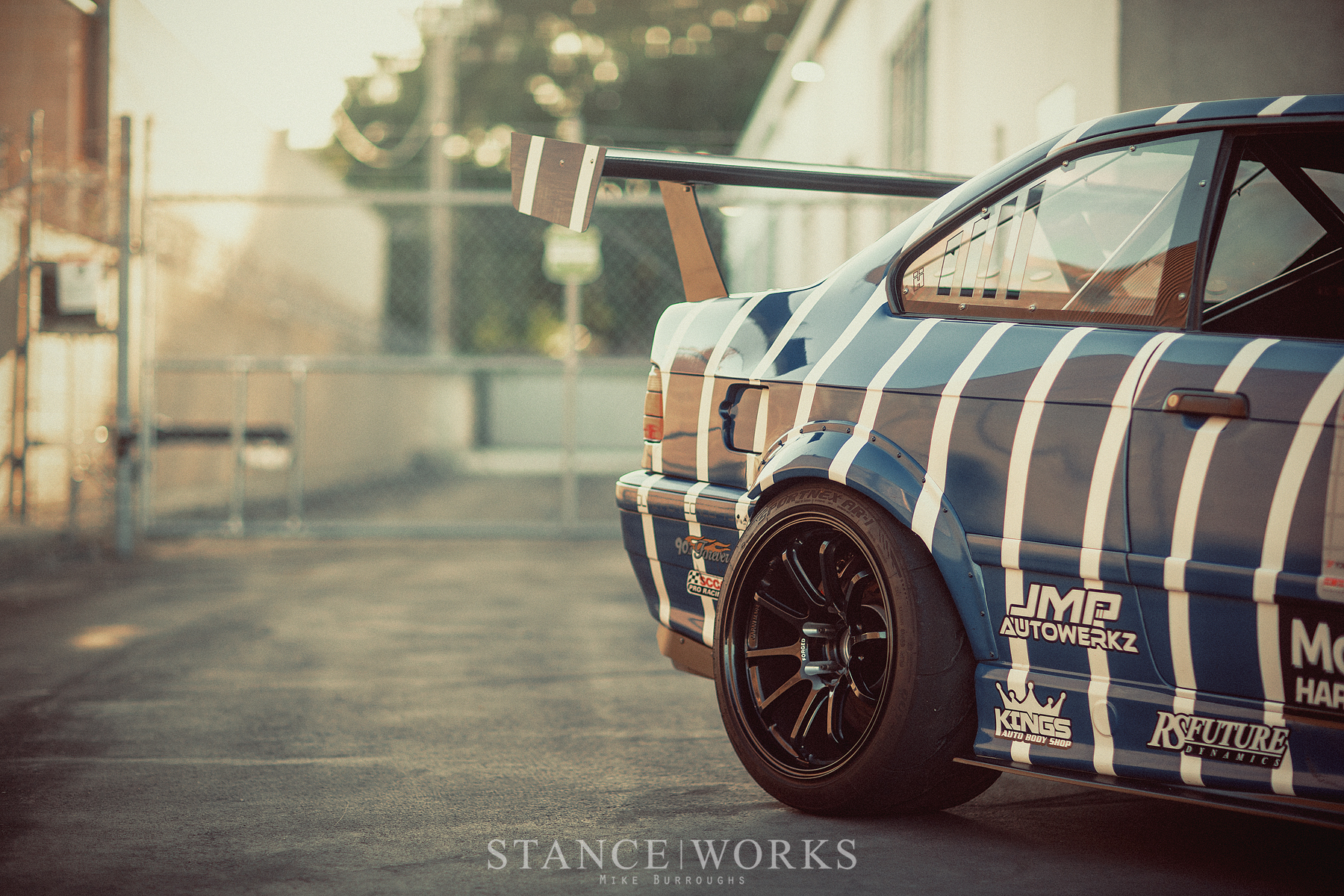 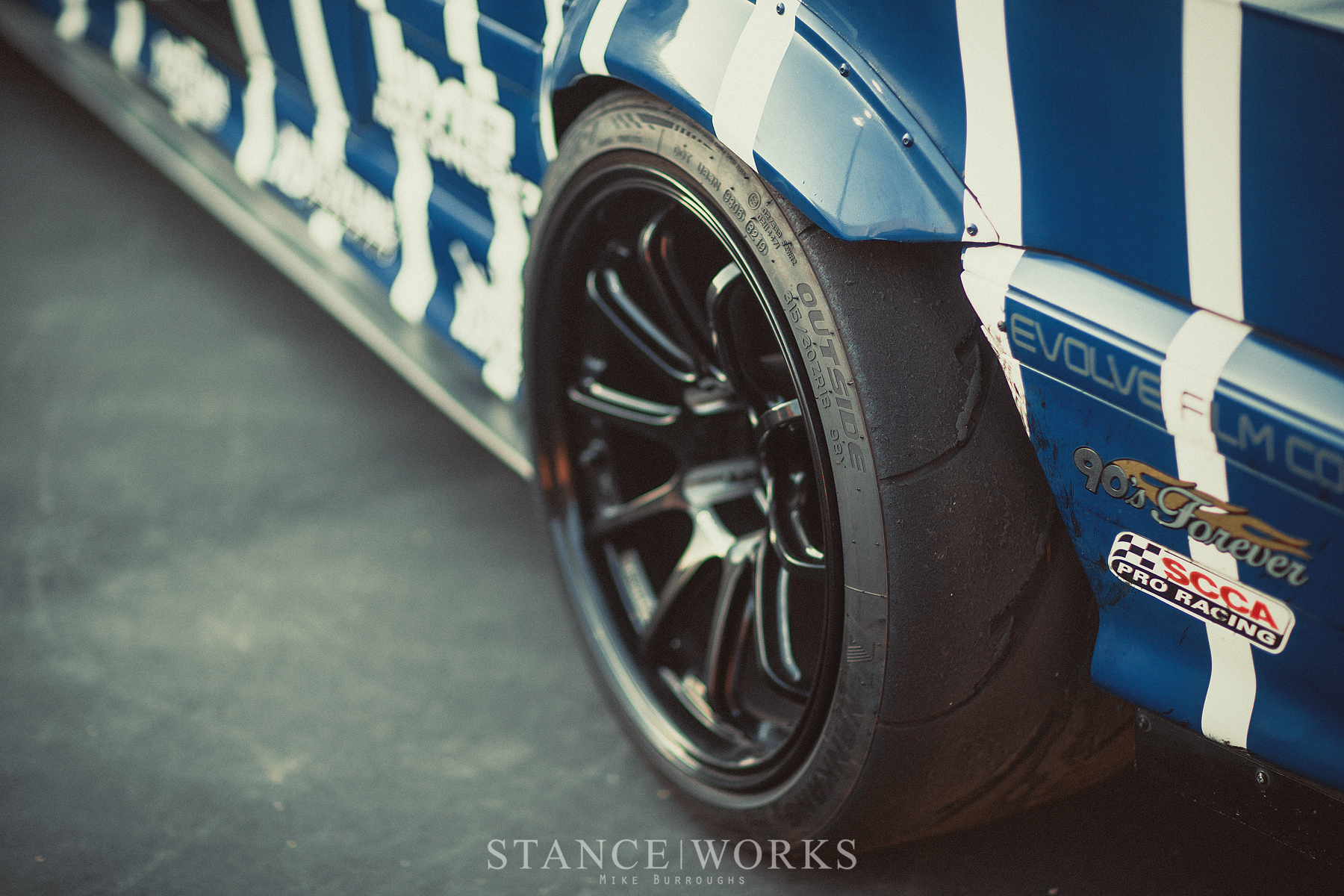 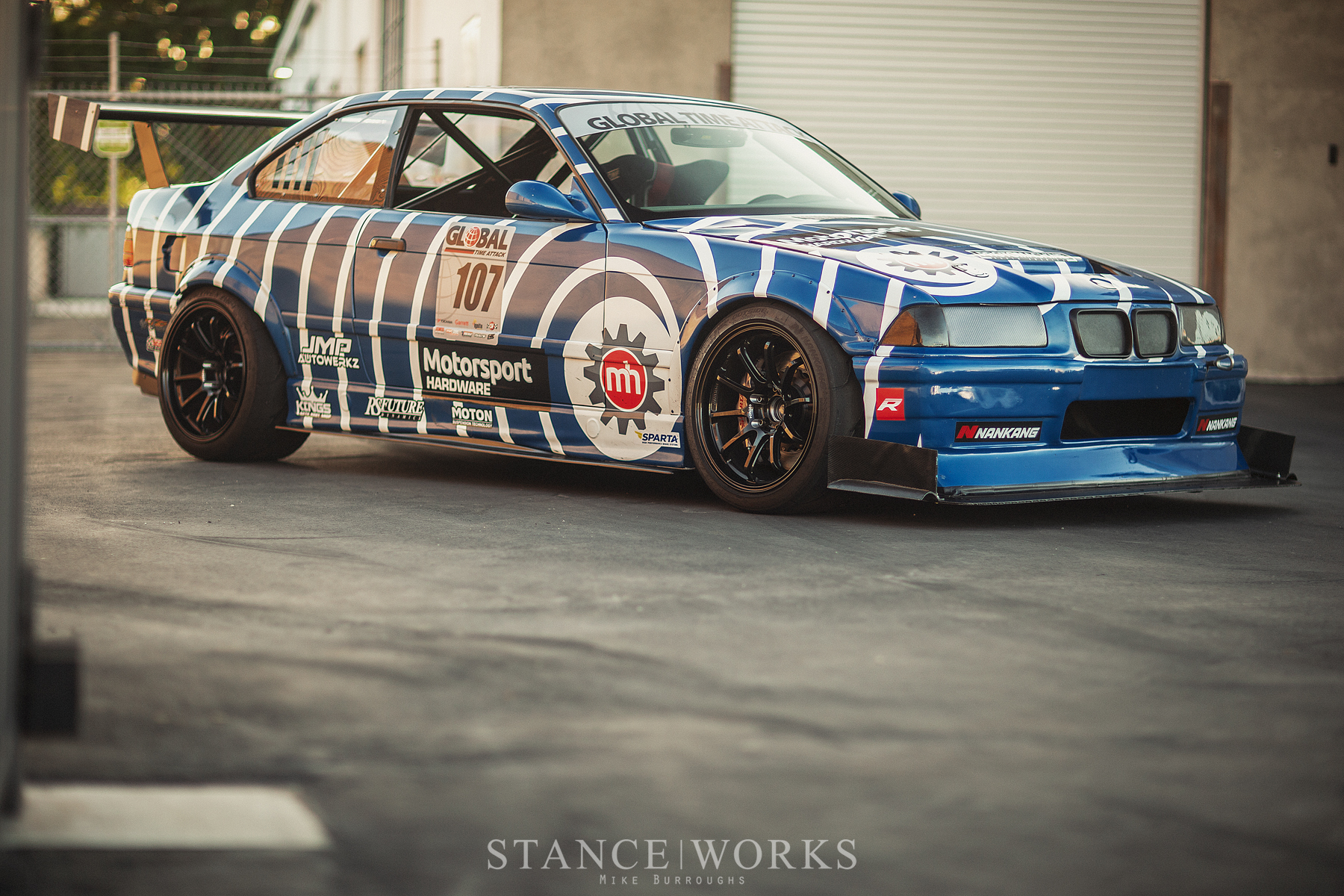 A set of 18x10 and 18x12 Advan RS-DFs wrapped in Nankang AR-1s prove to be a lightweight and gorgeous solution for rolling equipment, and behind the wheels sits a Sparta Evolution big brake kit at all four corners. Sparta race pads, of course, provide a huge amount of bite and help to keep the beast under control with Amir Bentatou behind the wheel. As a very familiar name to StanceWorks readers and of course, the entirety of the Southern California time attack community, Amir has been an integral part in the development and chassis tuning of the LS M3. 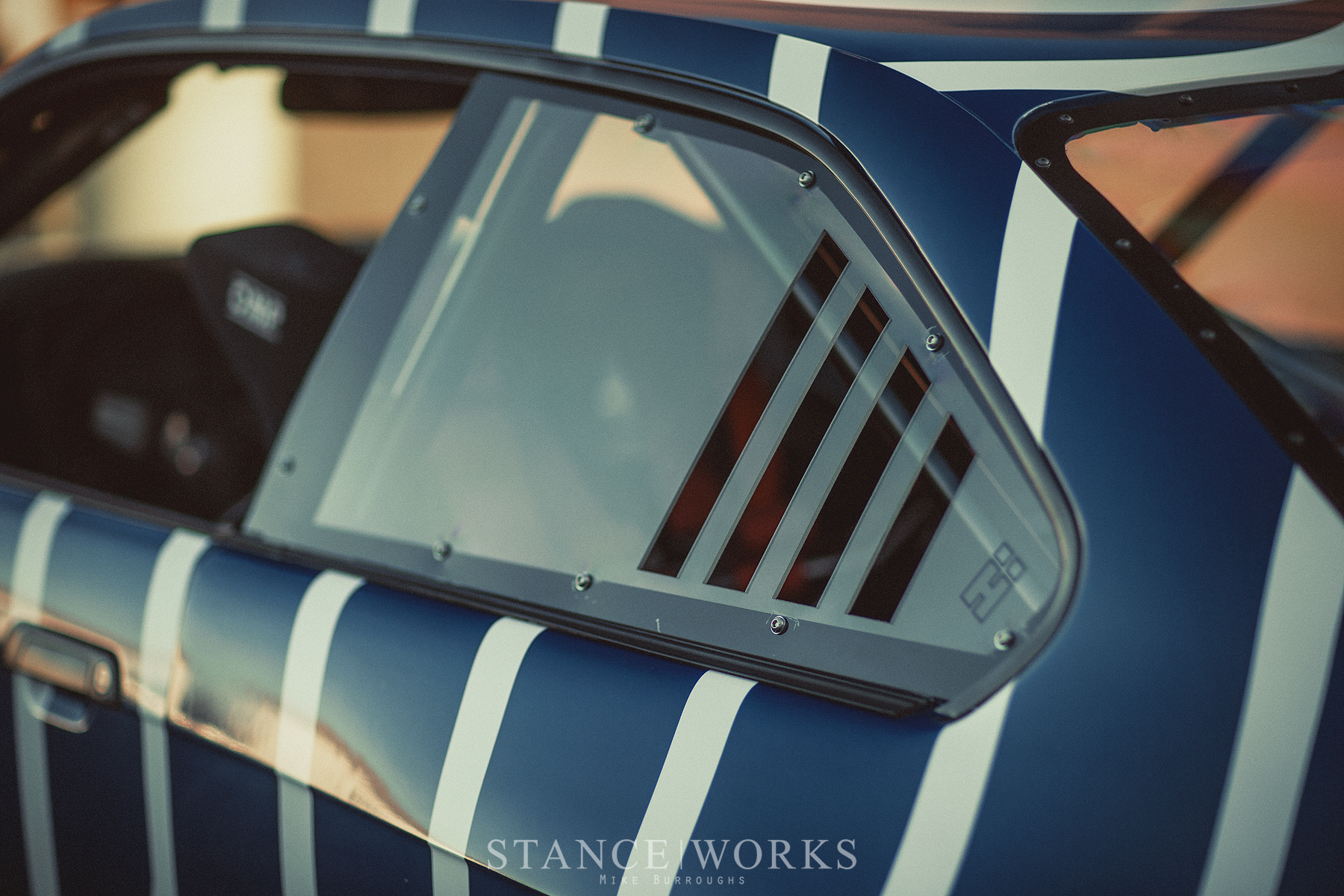 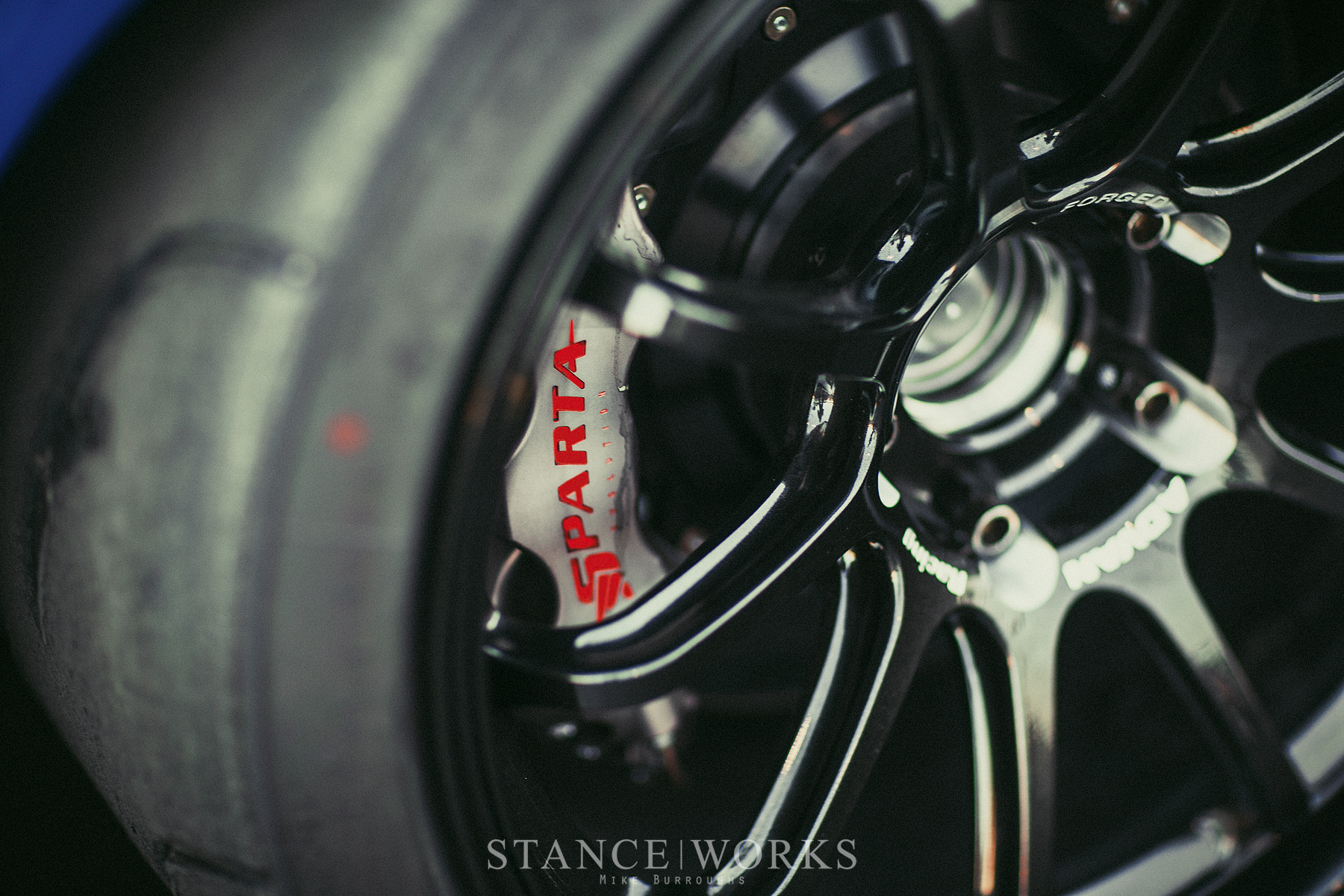 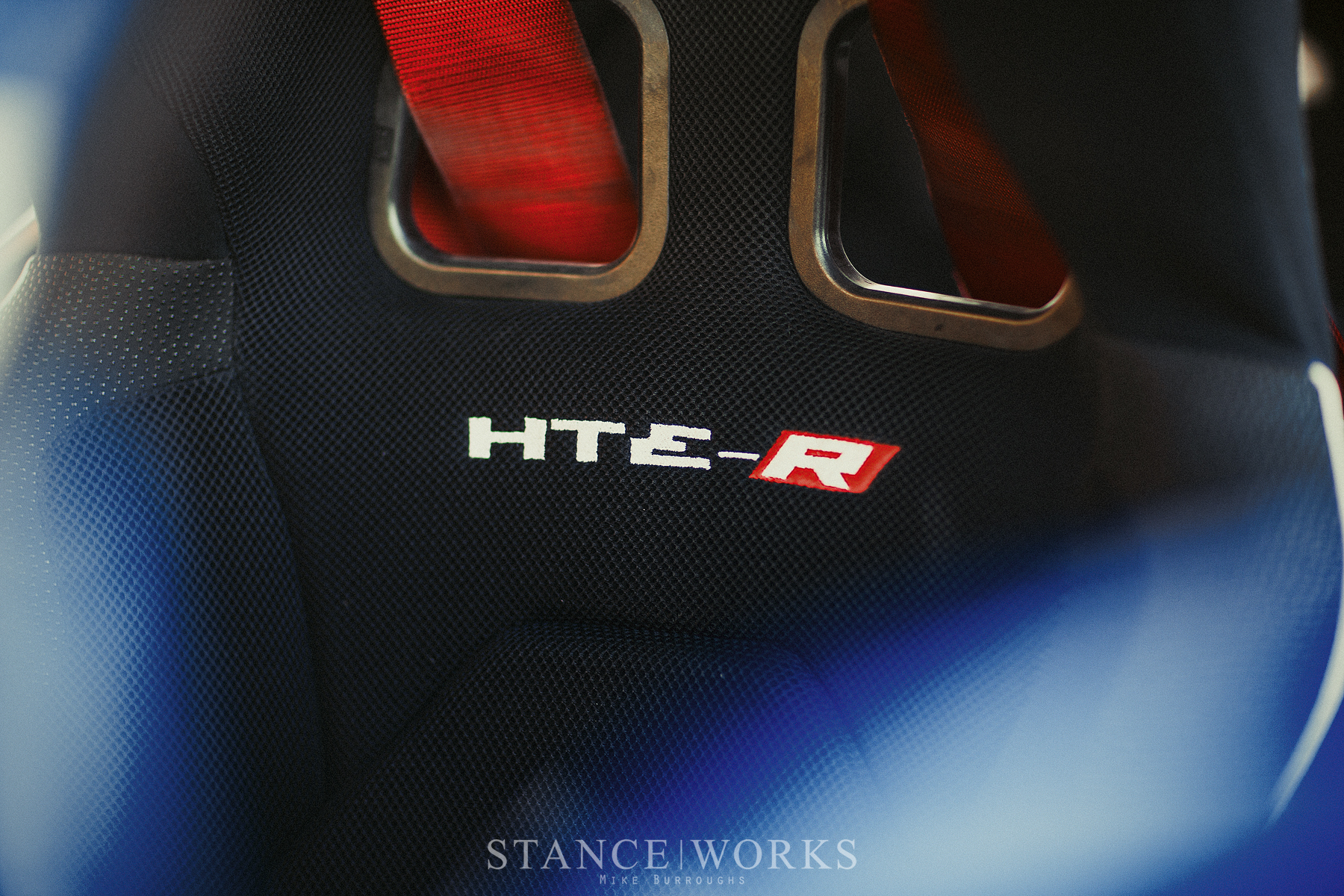 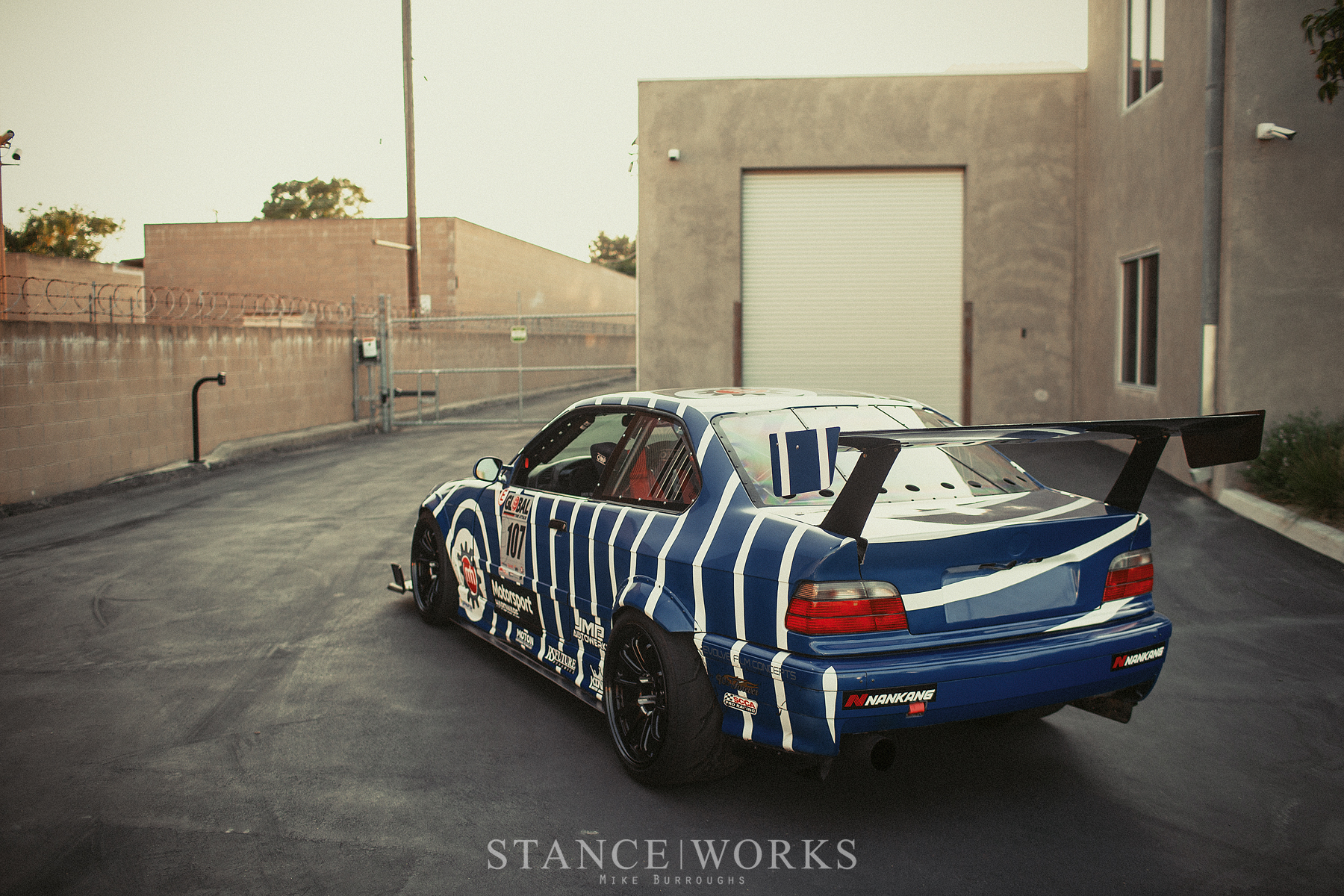 Ryan has partnered with Jerick Javier of JMP Autowerkz for the mechanics and race-prep side of the build, and it's the JMP team that can take credit for just how well the beast runs. Under the hood, the BMW powerplant was nixed in favor of one of the most tried, true, and reliable platforms in all of motorsport: the LS V8. A built, dry-sump 7.1-liter LSX pumps out an impressive 600 horsepower at the wheels and 535 pound-feet of torque, and does so without a second thought. The engine lurks behind a V-mounted radiator and massive heat extractor, along with an all-aluminum tube-chassis style front end. In an effort to save precious pounds, the nose of the car from the frame horns forward has been entirely reconstructed with featherweight aluminum tube work, built by Protomachine, along with the extensive cagework and chassis reinforcement inside the car. 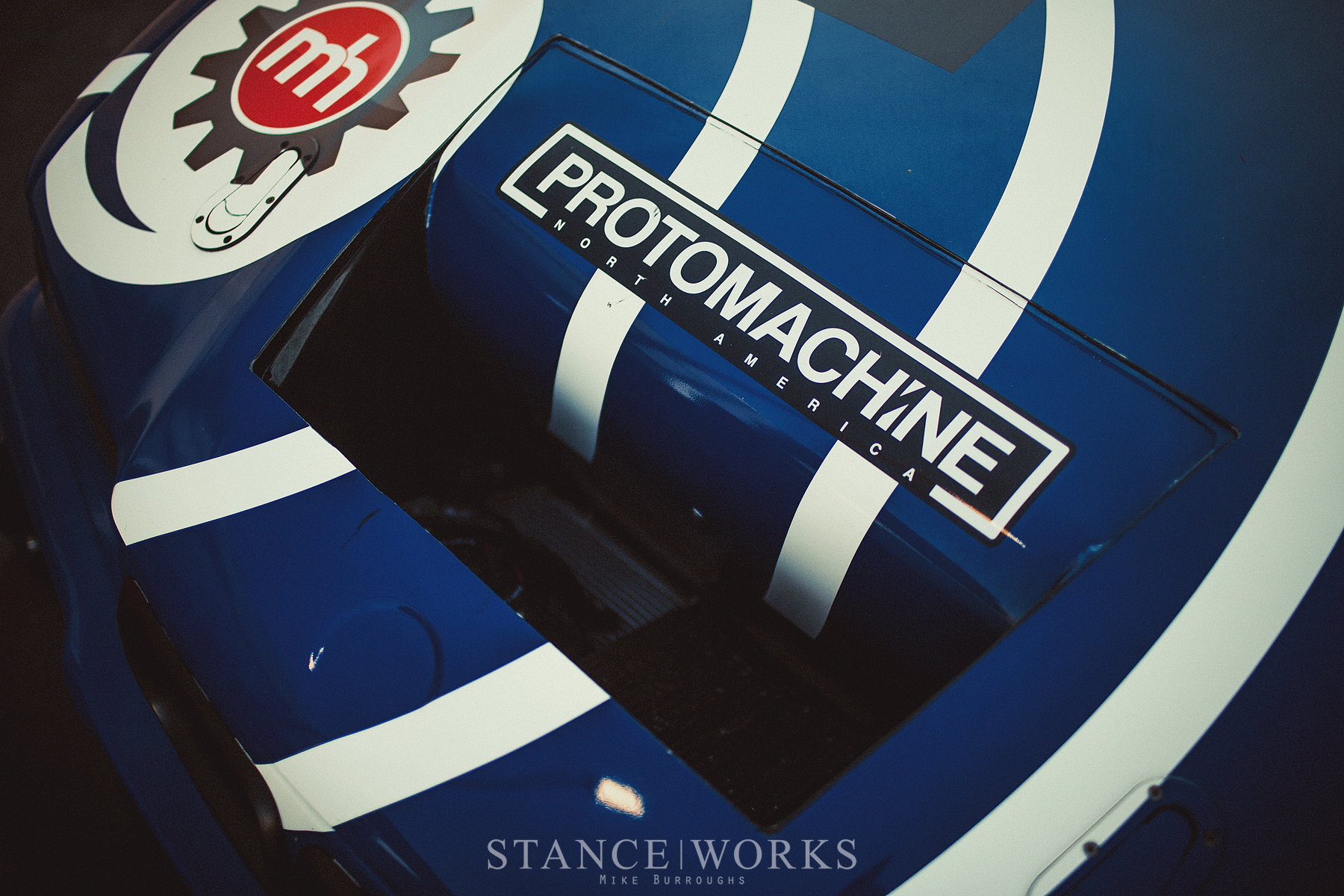 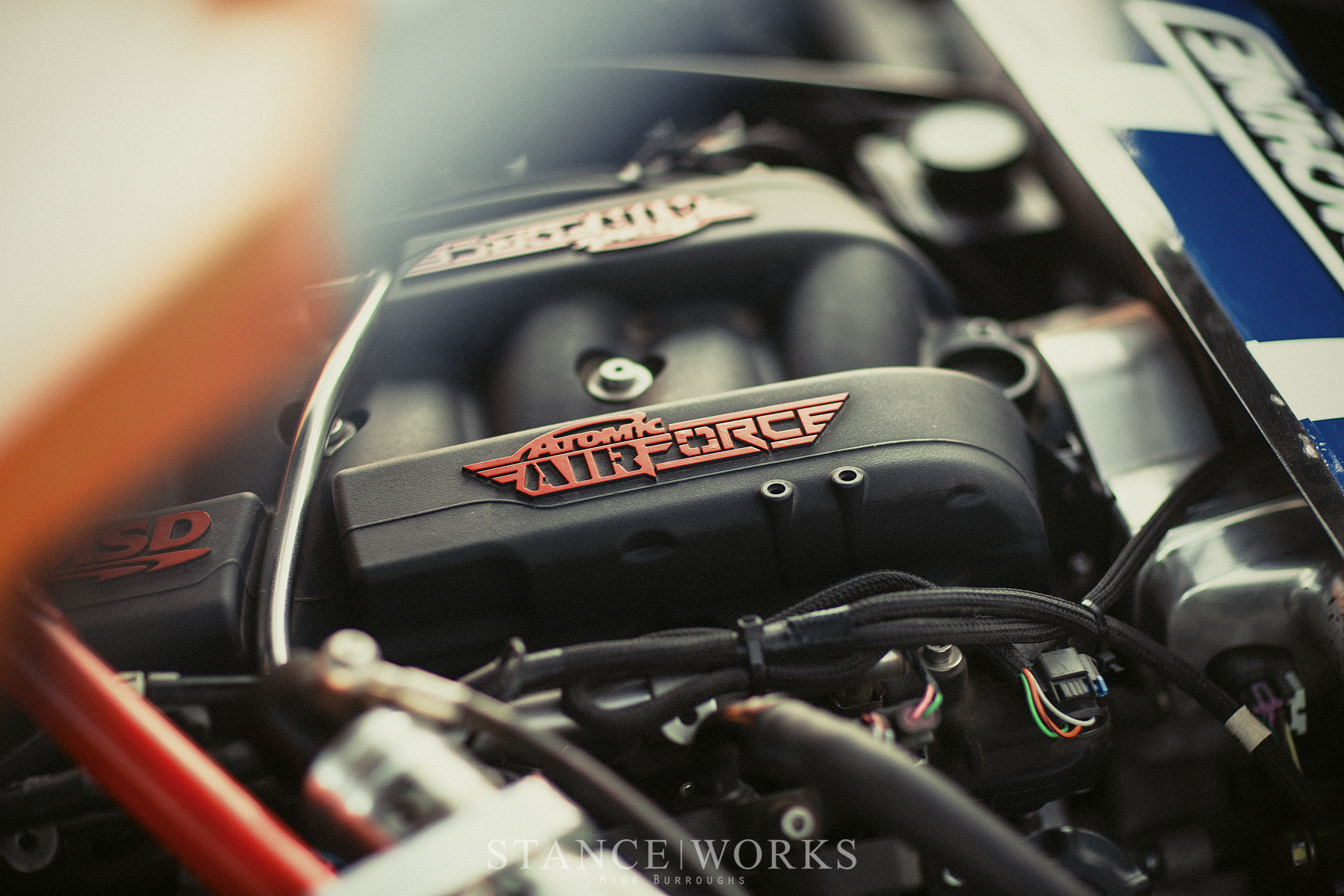 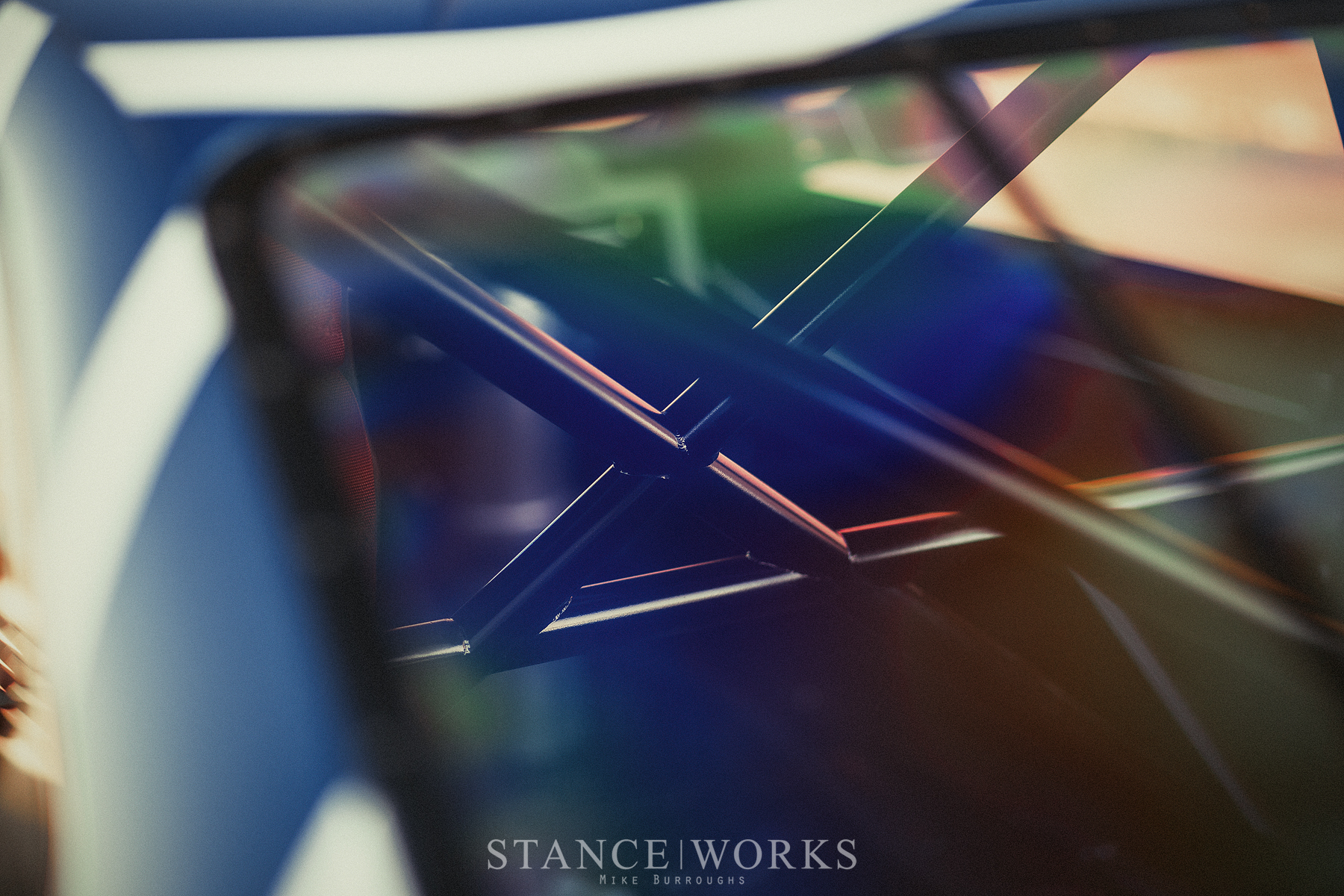 The interior is spartan at best, with an 8-point roll cage chasing from front to rear. From the front strut towers to the rear subframe, the entire chassis is reinforced and strengthened for maximum rigidity. A sole OMP HTE-R is mounted, along with Schroth harnesses for safety. An AIM MXG dash and a series of switches are all that remain in an otherwise black and barren cabin. 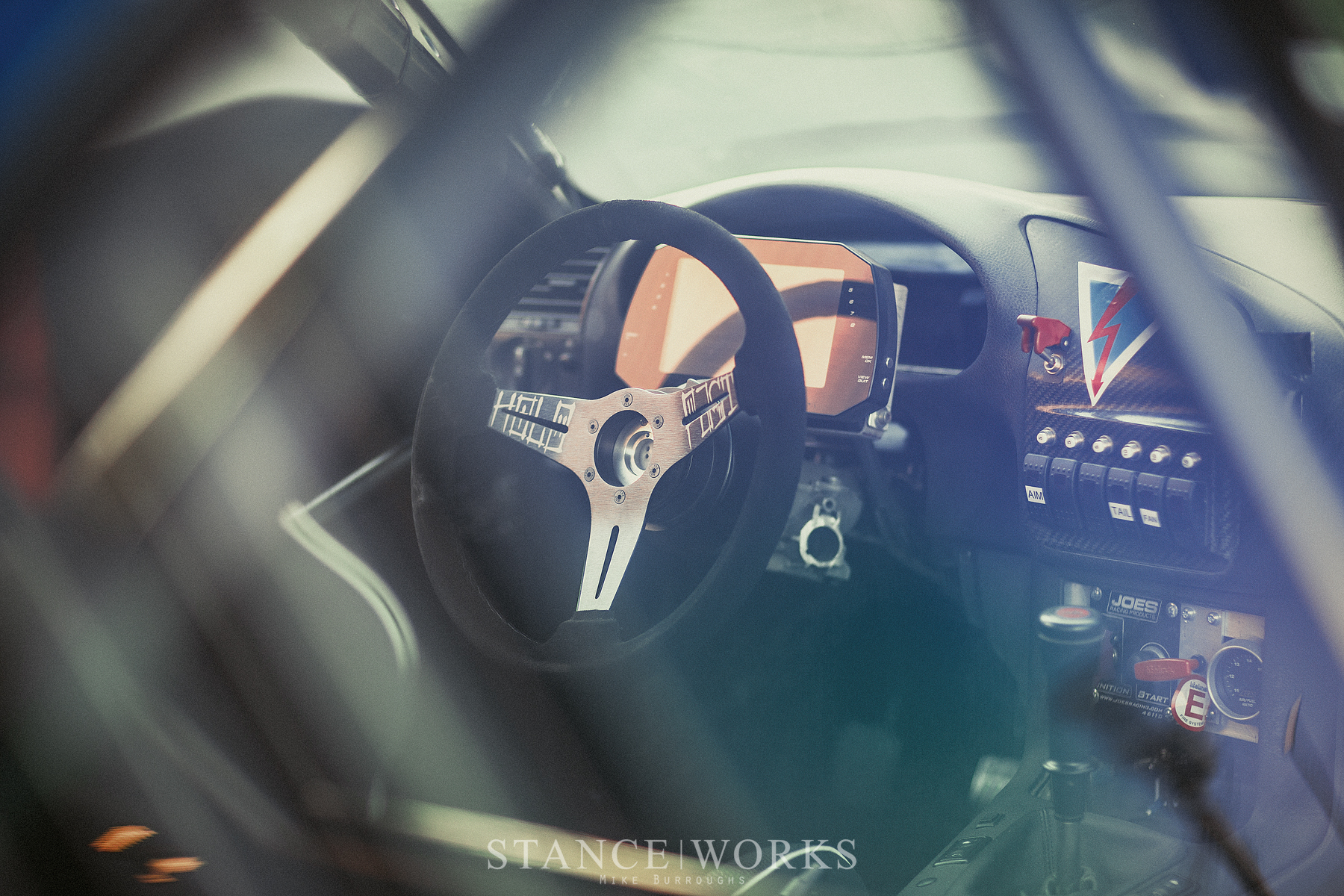 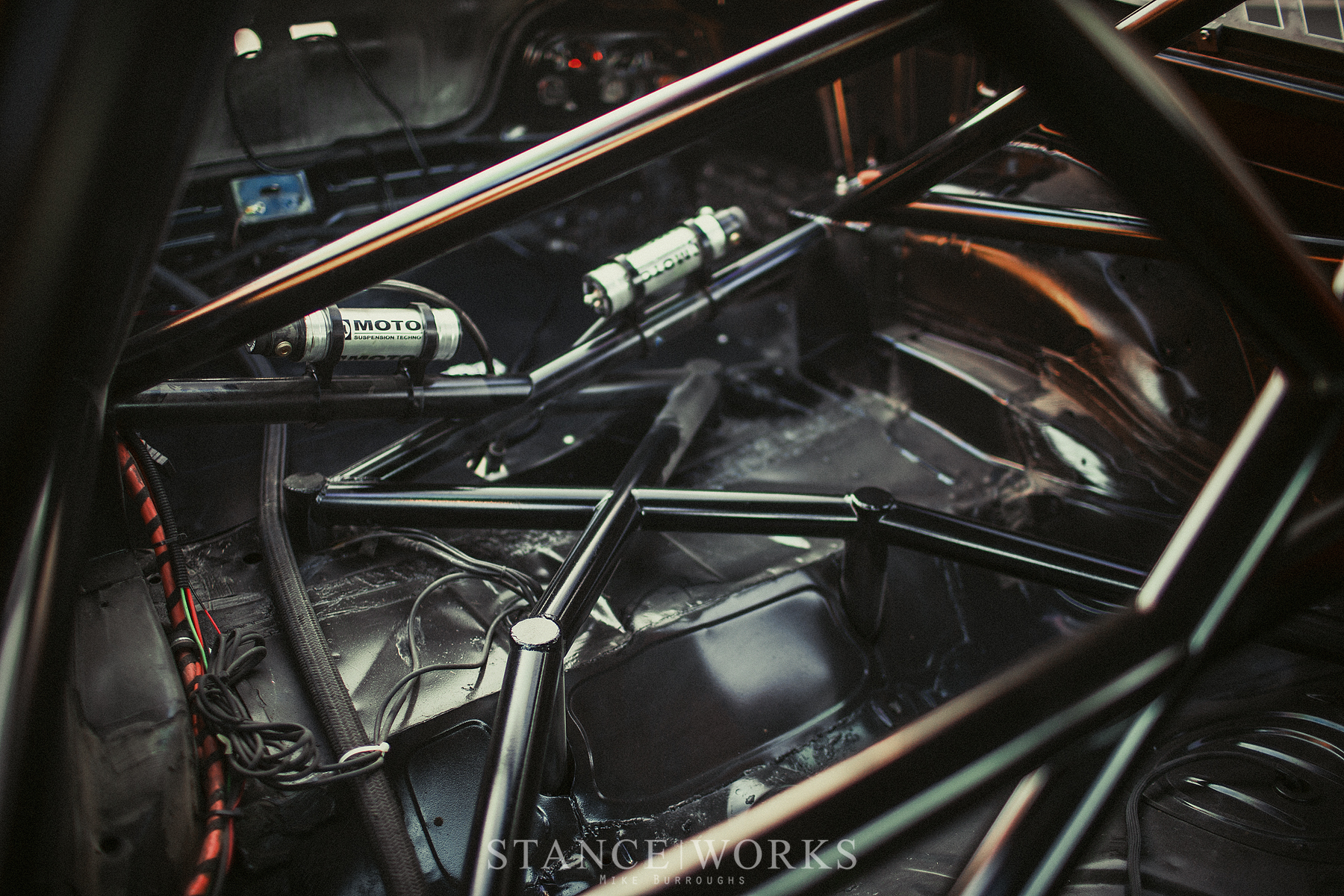 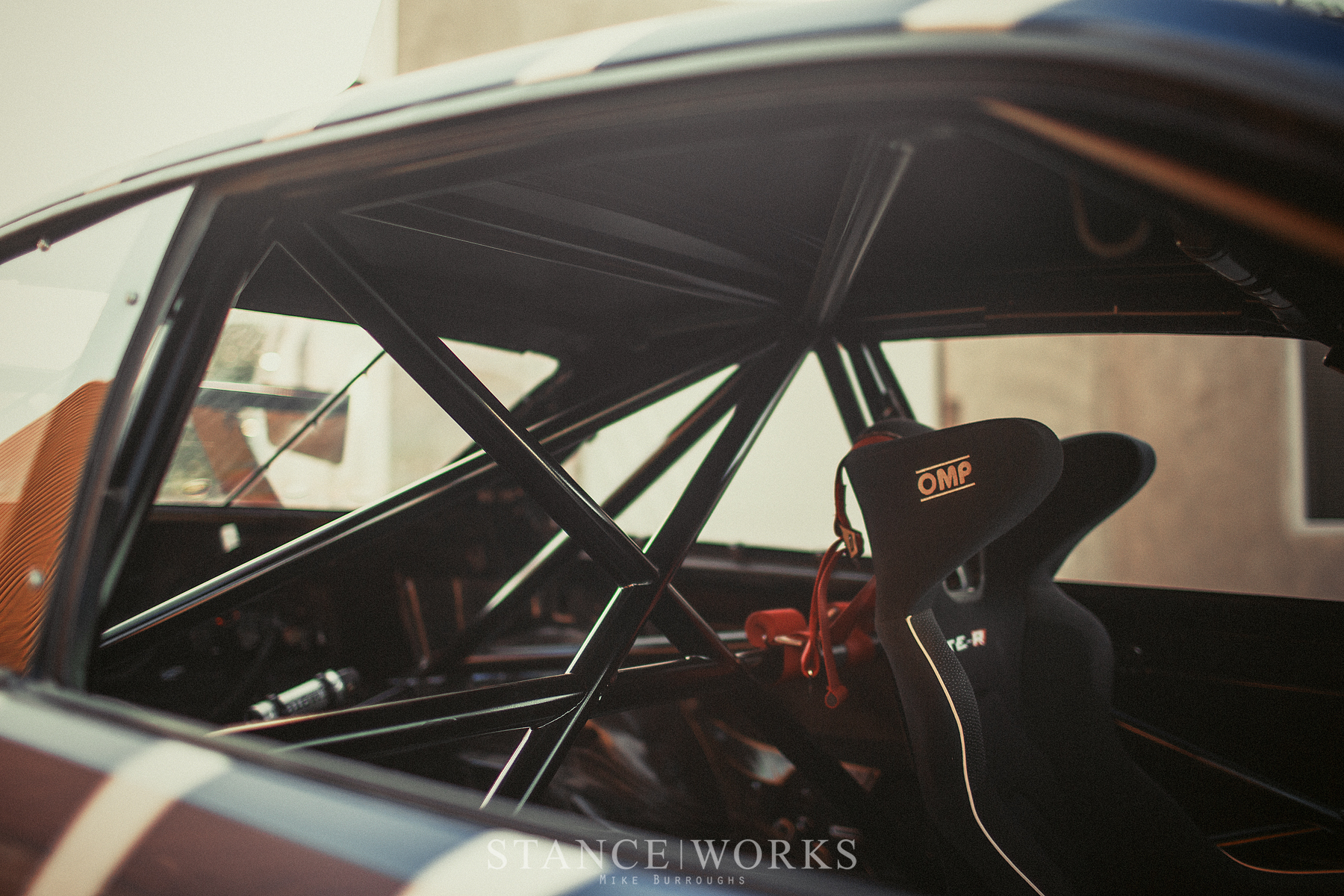 On the outside of the car, Ryan turned to Evolve Film Concepts for a BASF M1-inspired livery with a few creative liberties taken to make it his own. A modified Carbon Creations front end is reminiscent of the M3's original lines, but the carbon headlights, blocked-out kidneys, and the added aero make for a front end that clearly means business. 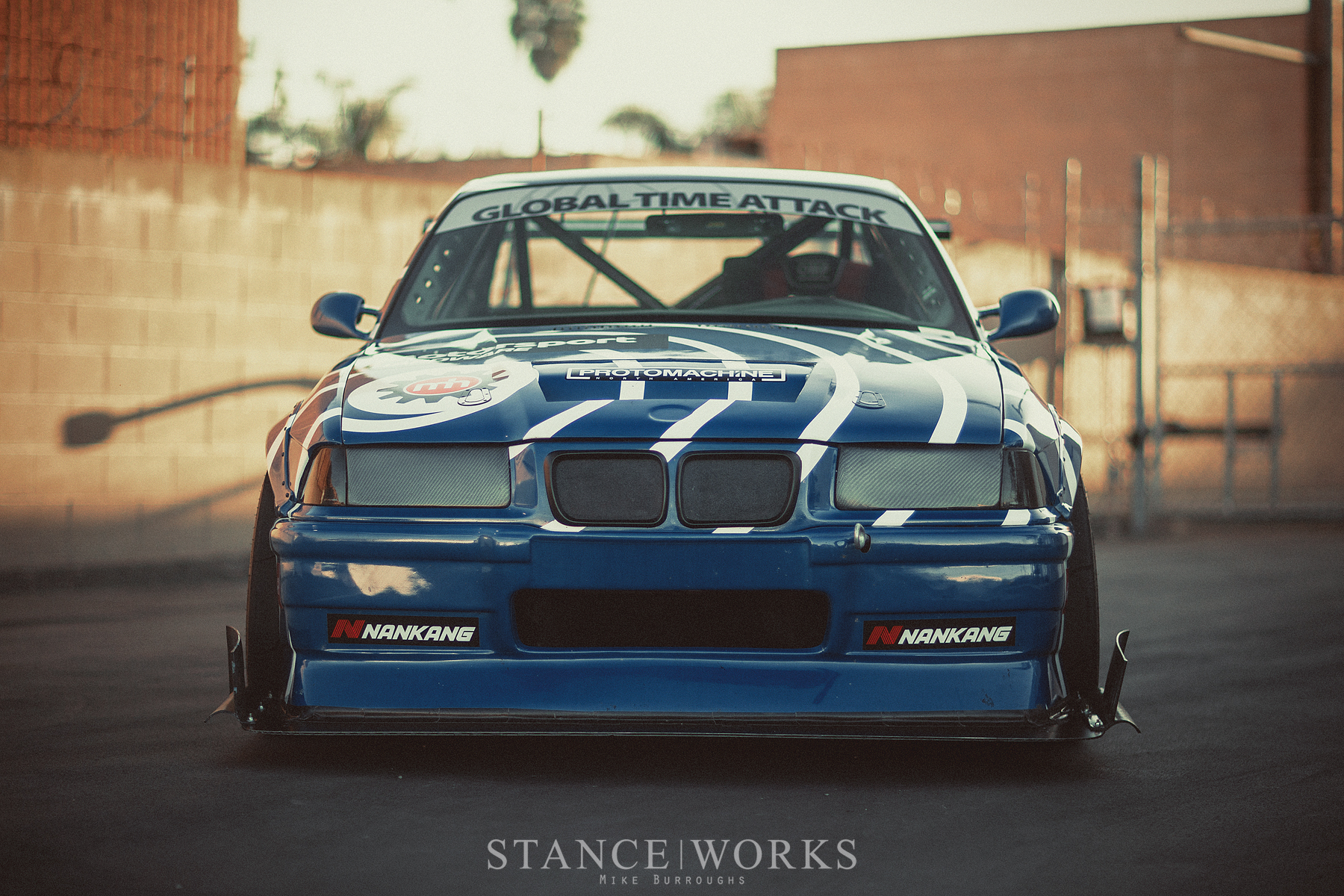 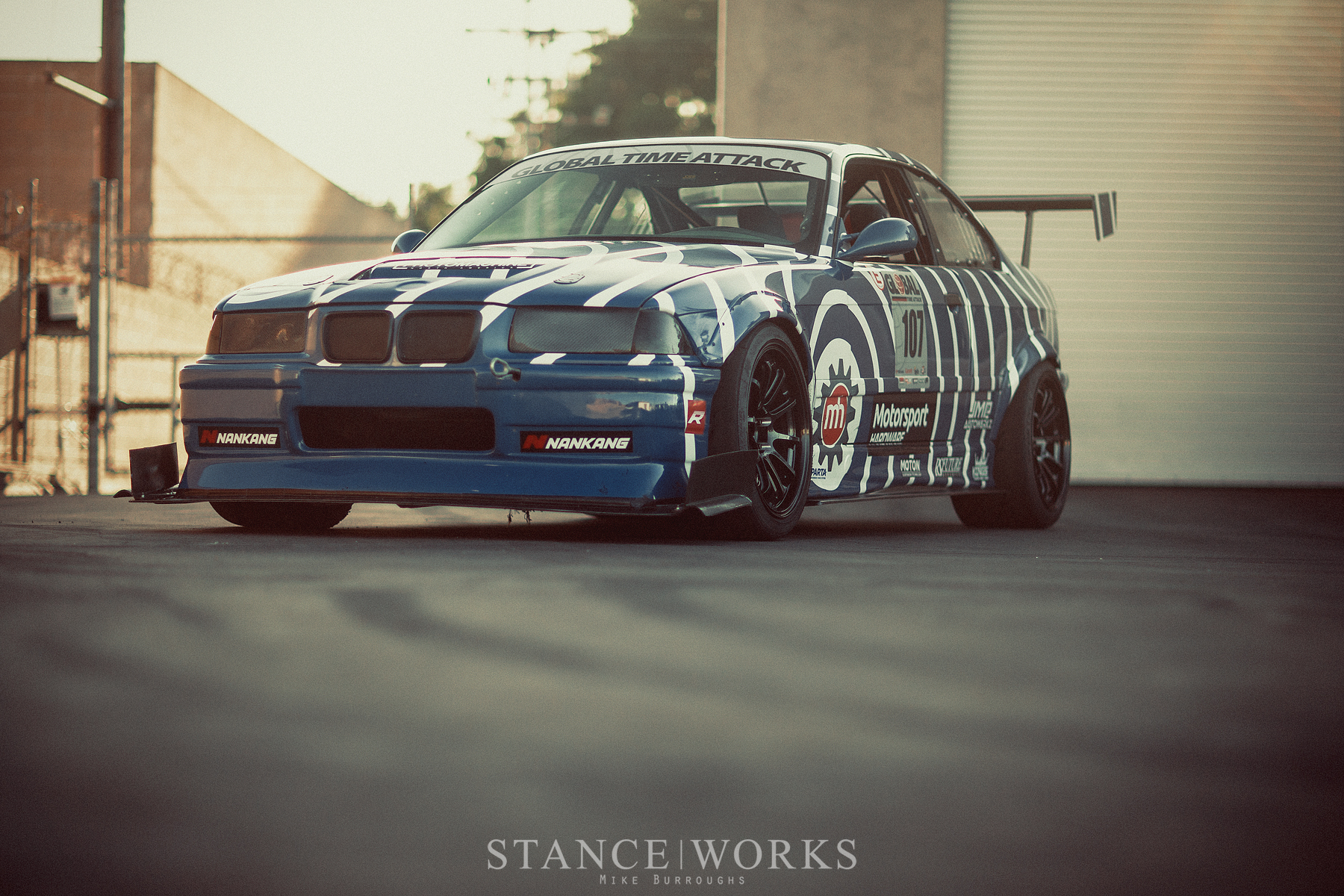 So, what is such a car even capable of? Well, with the team Ryan has assembled and with Amir behind the wheel, the car manages to wrangle Southern California's Time Attack gold standard - Buttonwillow 13CW - in just 1:47, making it one of the fastest cars it in the Limited class. To that end, the team continues its goal of chasing records with hopes of proving to be the fastest Limited car, bar none. Knowing the boys involved, there's little doubt that with some time and effort, they'll make it. In the interim, we'll continue to admire such a project with only one mindset at hand: overkill in every regard. 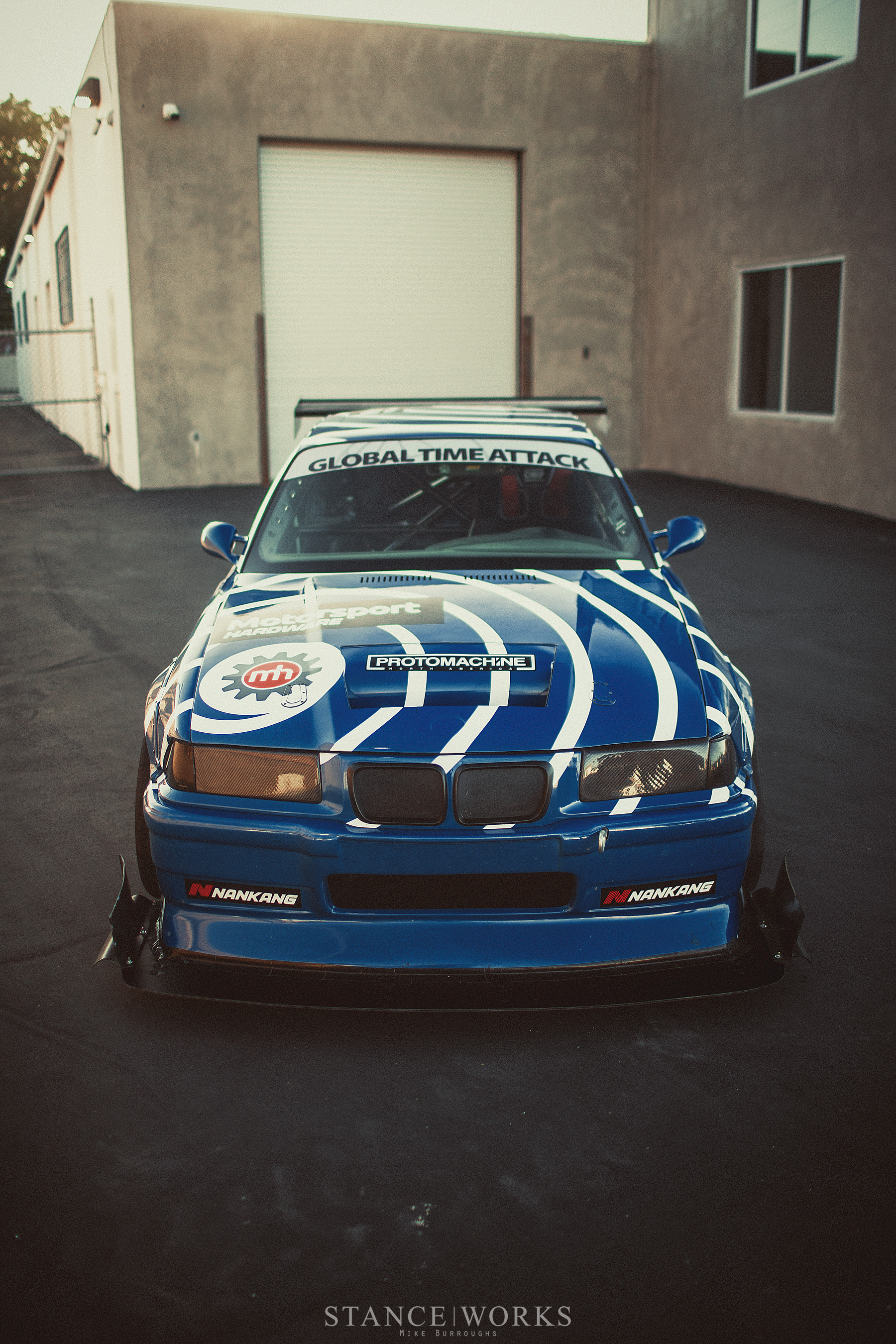 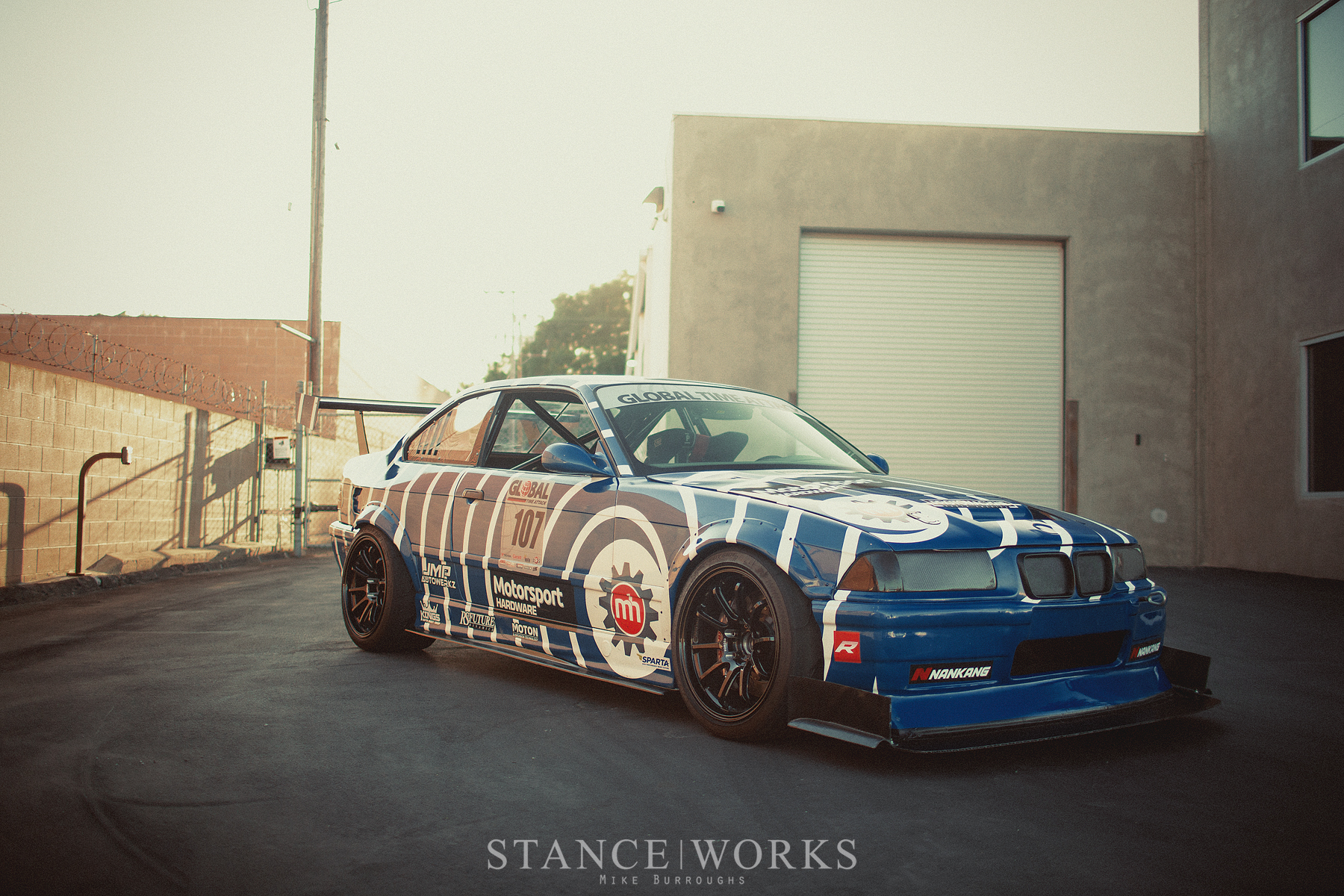