In 1973, the world was blessed with Europe's first turbocharged production car: the BMW 2002 Turbo. With 170 horsepower and 177 pound-feet of torque, it was an absolute riot to drive, and paired with low production numbers, it is undoubtedly a true collector's piece. Only 1,672 were built, making it an incredible machine to see in any garage, period. Commanding prices well over $100,000 as we approach 2020, it means they're few and far between. "Common folk" like you and I will likely never get to enjoy one of our own. That hasn't, however, stopped 02 enthusiasts from one-upping BMW's efforts. Colloquially known as "M2s," BMW fanatics have taken to swapping the E30 M3's S14 4-cylinder ~200 horsepower engine into the 02 chassis for years and years. Many believe it to be the ultimate pairing of BMW powerplant, chassis, and design. George Schuster's take on a classic "M2" makes it hard to disagree. 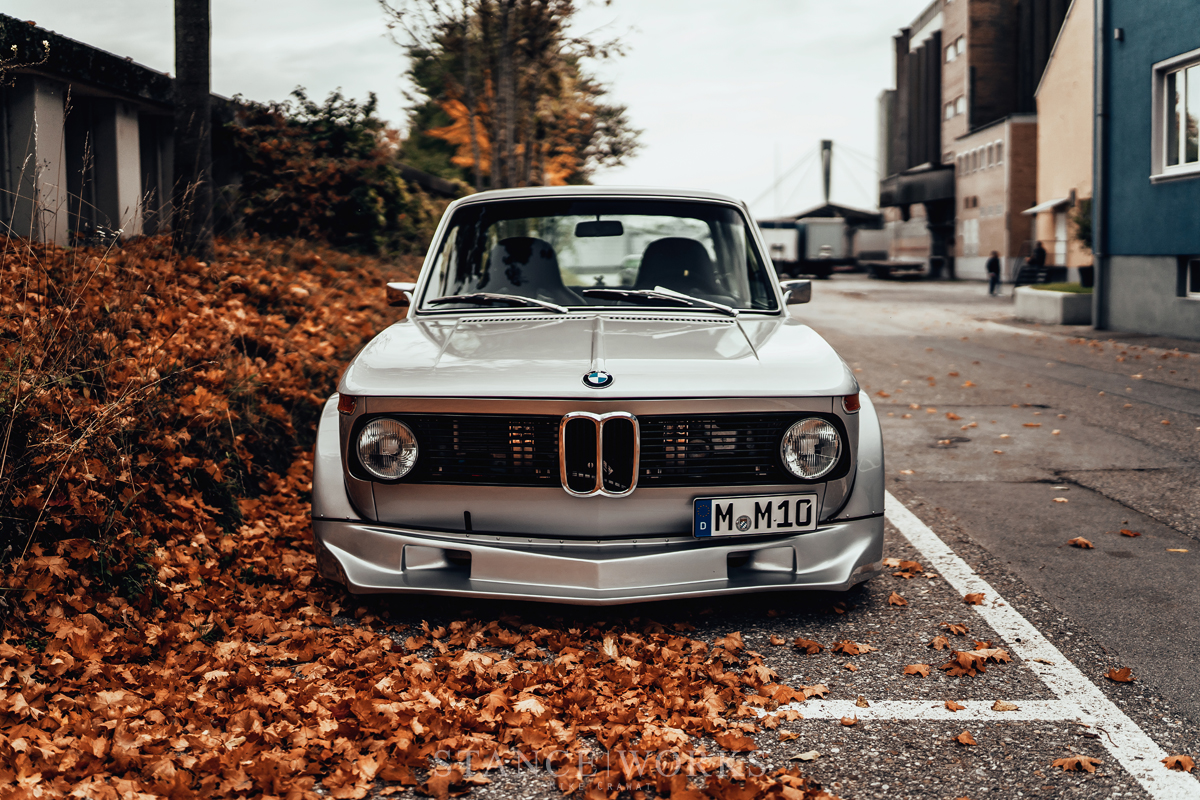 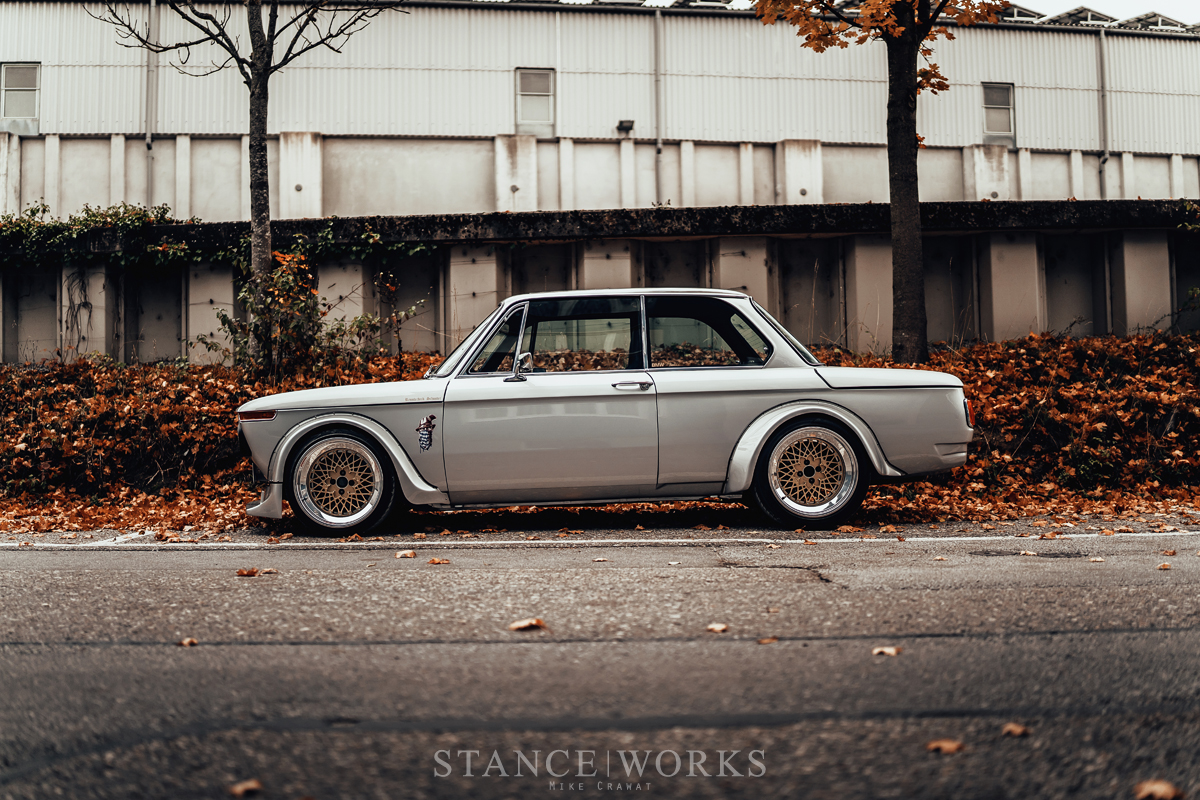 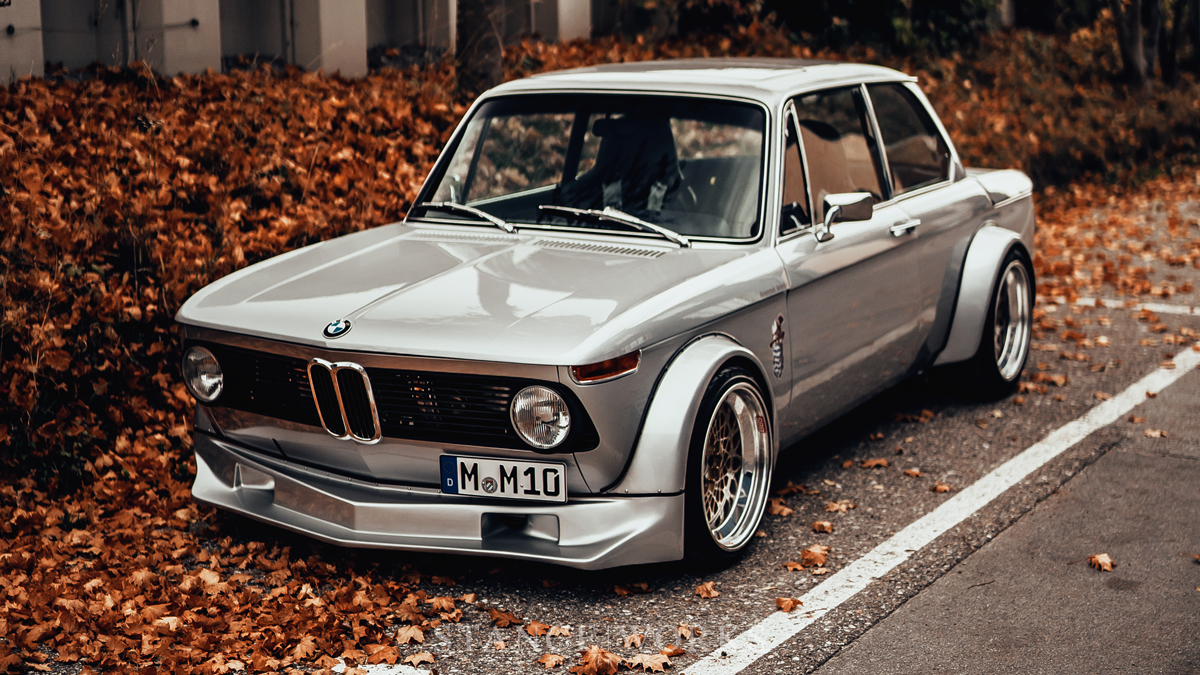 Knowing what lies under the hood of George's 2002 likely comes as no surprise. It's impossible to miss the FIA Group 2-themed bodywork, which includes massive fender flares and a cow-catcher mounted to the front valence of the car. The body parts work in unison to both widen and lower the '02, taking it from one of the cutest cars on the road to something a bit more imposing. Fresh silver paint adorns the car, embracing the iconic German racing silver we've come to know from some of the country's most iconic race-bred machines. And clearly, what George's 02 offers in bark, it backs up in bite. 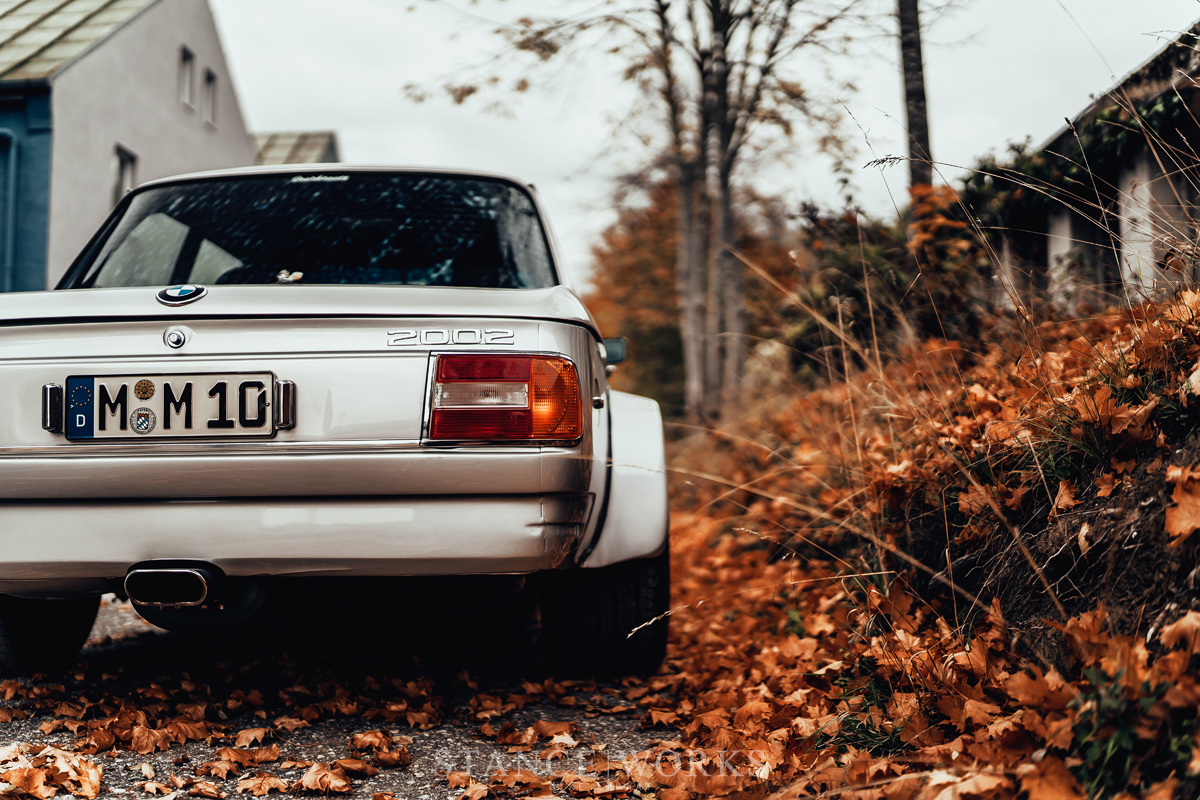 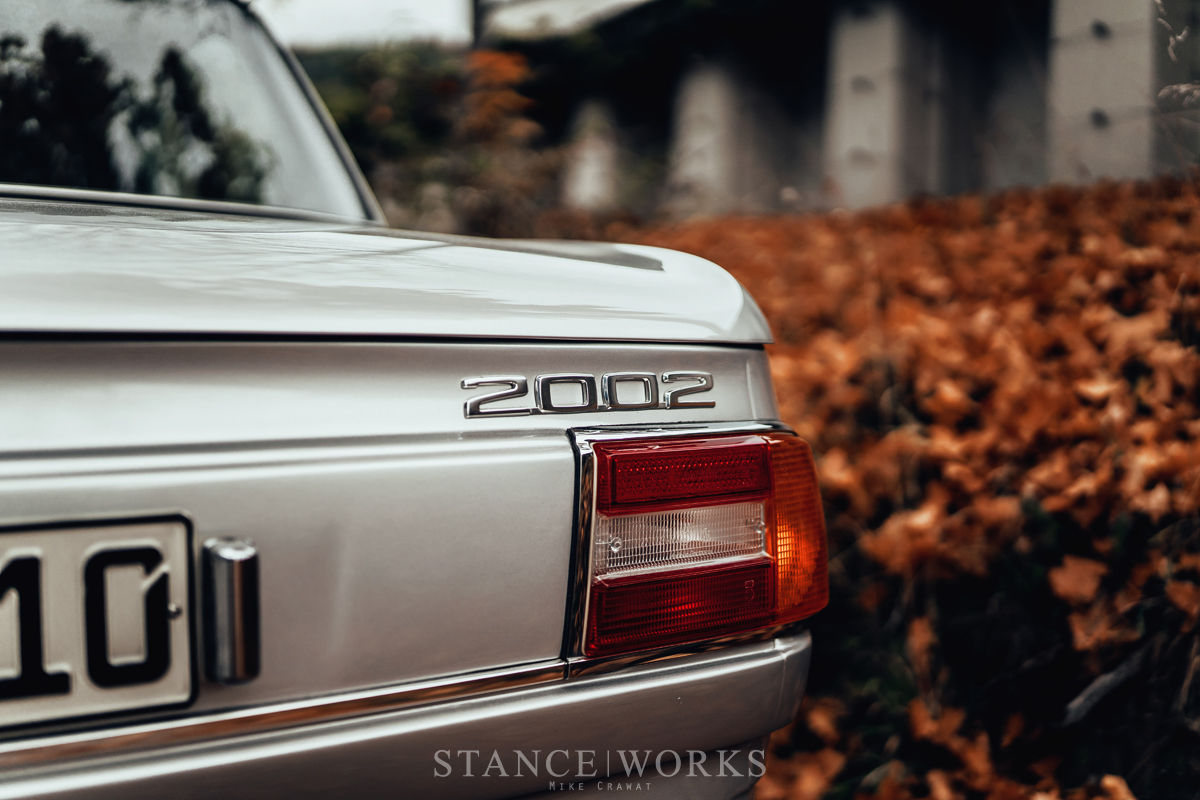 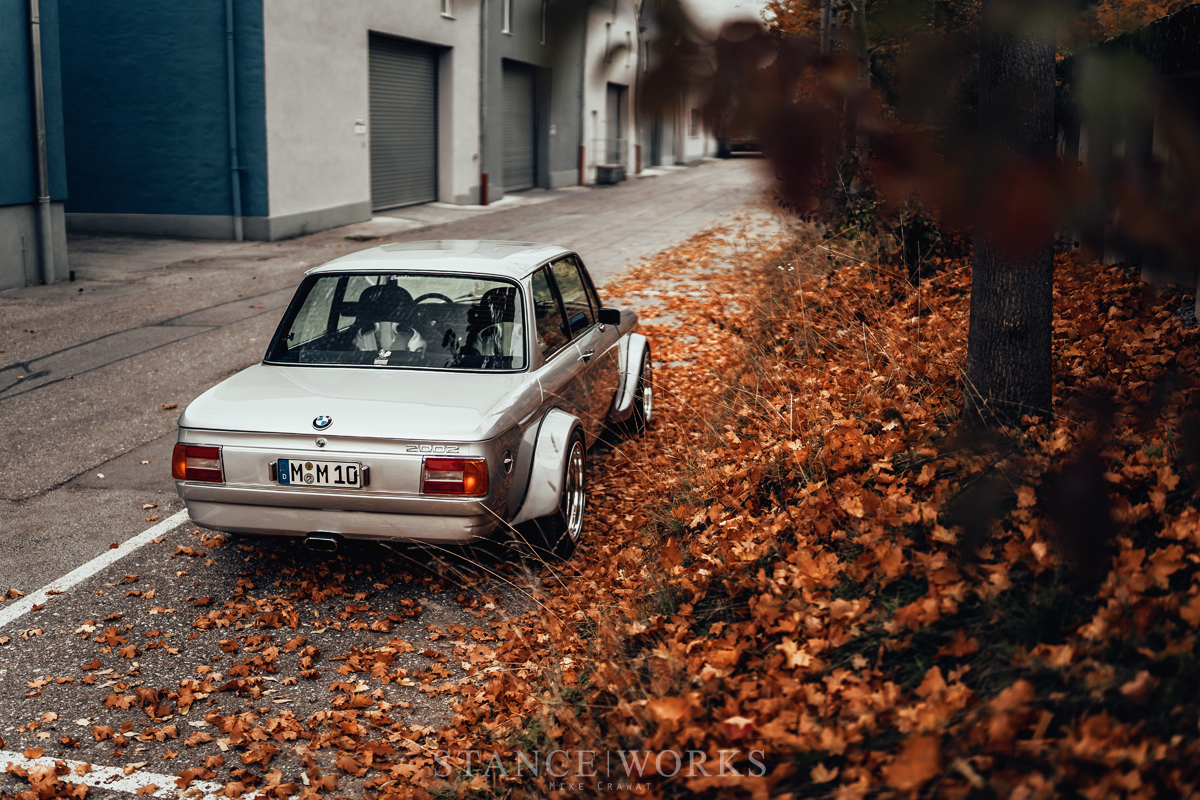 Weighing in at a standard 2200 pounds, the 2002 becomes a potent piece when paired with the M3's S14. Beef things up, such as George has done, and you're met with something truly special. Bits like a carbon airbox, alpha-N tuning, free-flowing headers, and a Hartge exhaust system all help to bring even more power to the table. 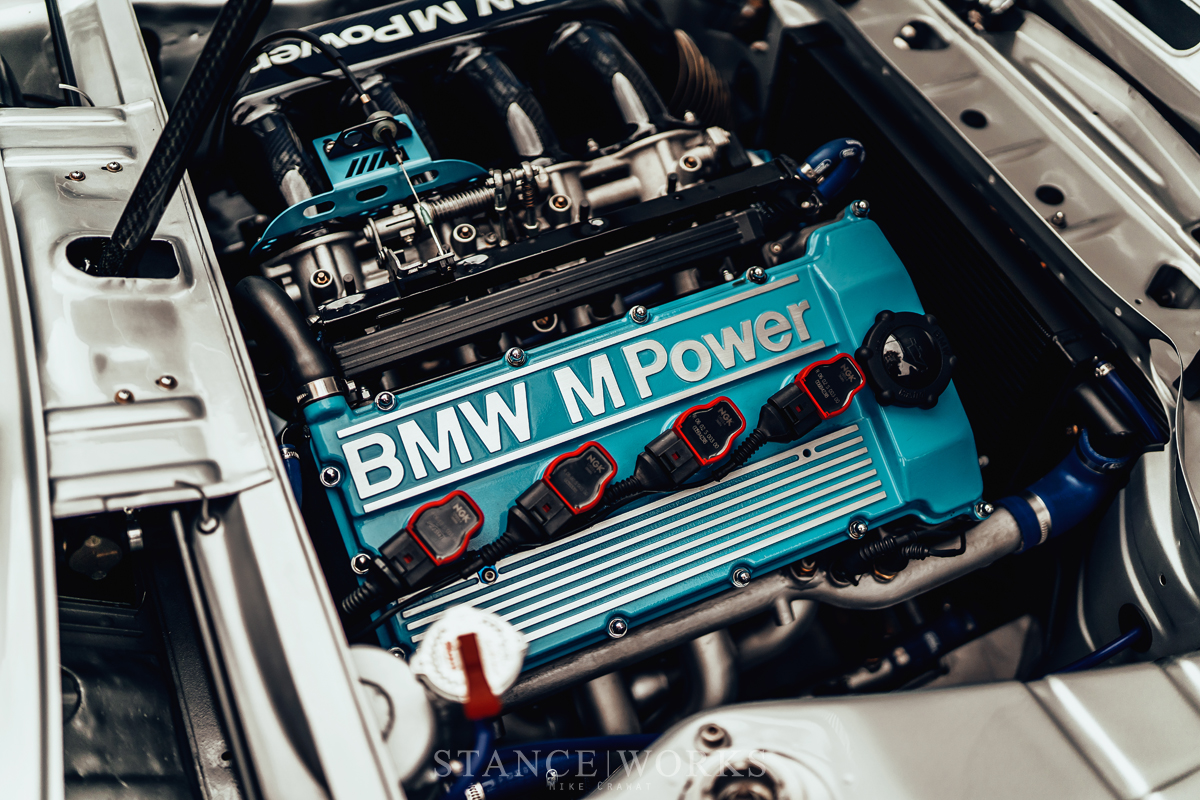 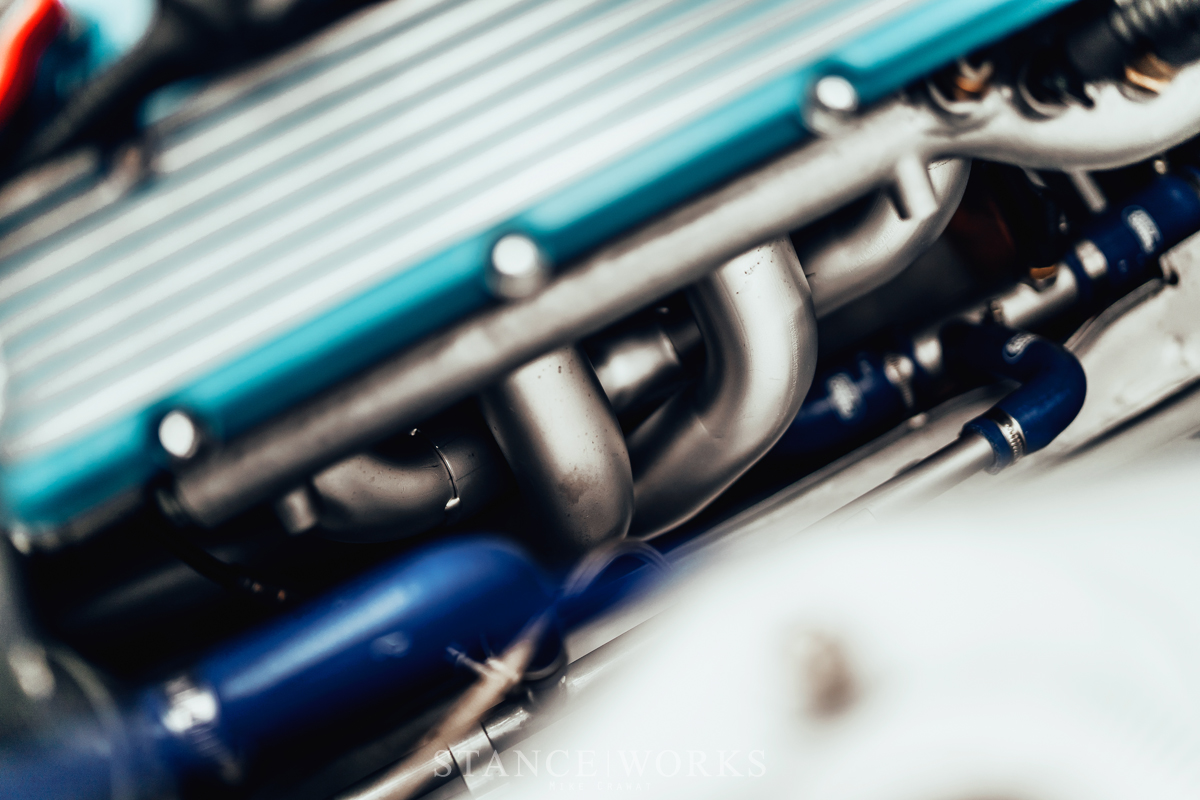 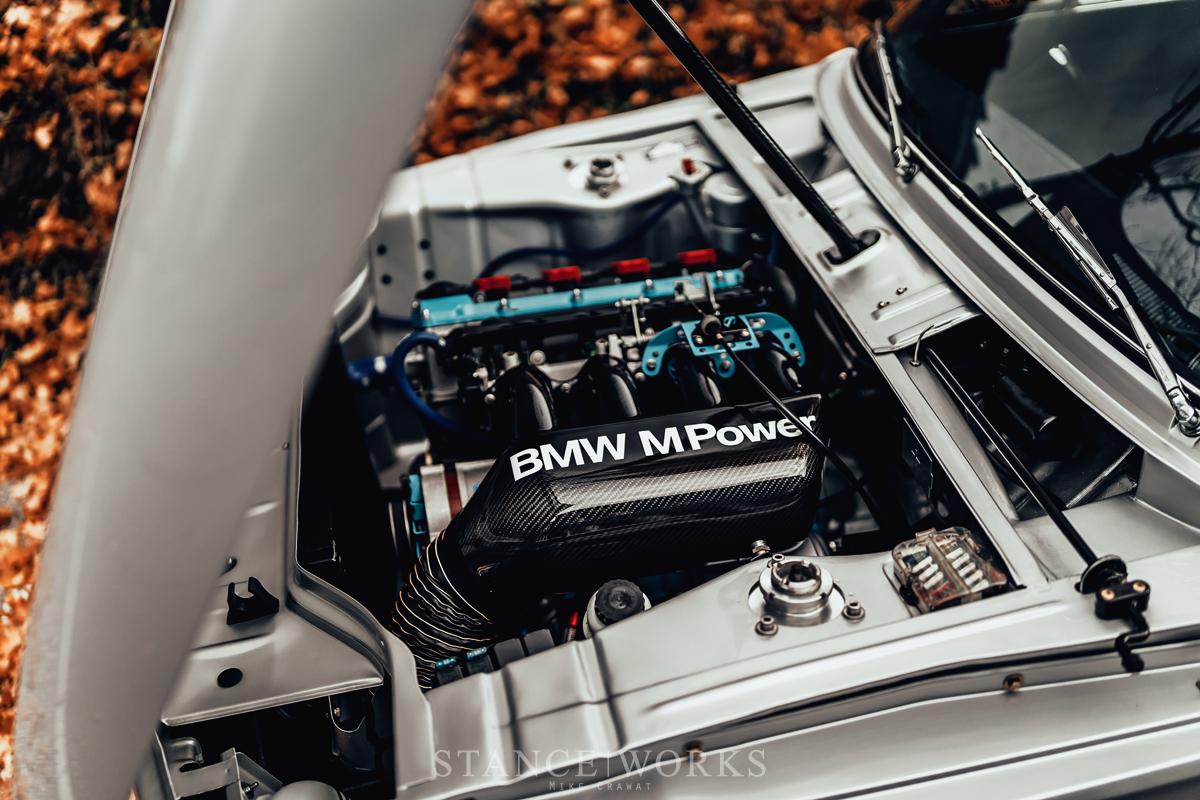 Furthering the theme of the car is the set of authentic BBS E50 wheels, spun to 17" with gold faces and gargantuan polished lips. Wide Yokohama rubber sticks the car to the tarmac like glue, and as a whole, the wheel and tire package fills the wheel wells to the brim. 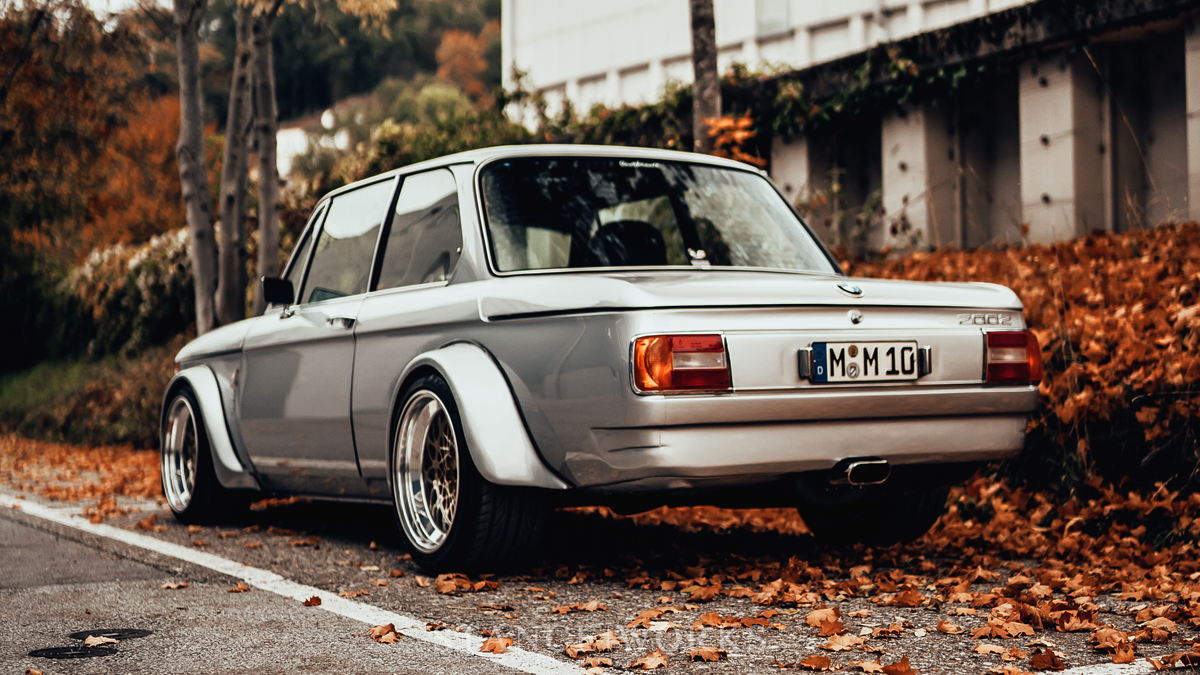 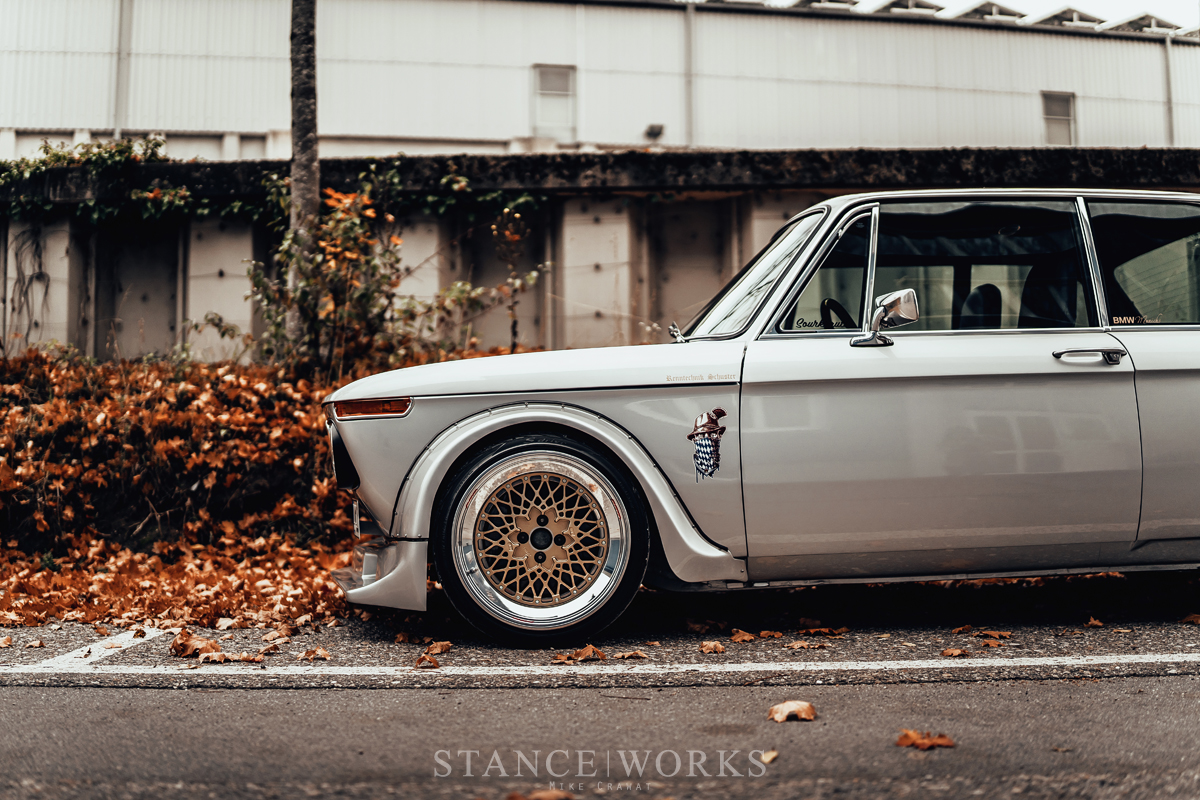 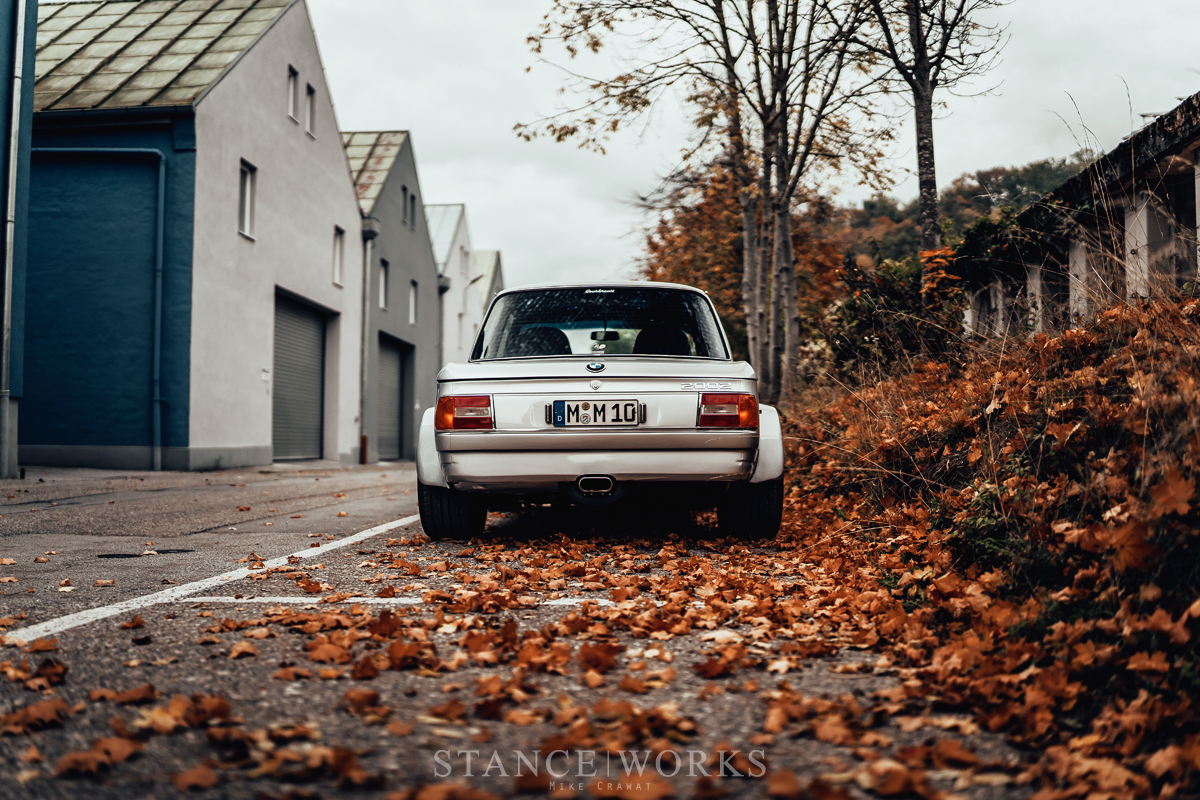 As a complete package, George's '02 leaves little to be desired, other than perhaps wishing it was one to call our own. 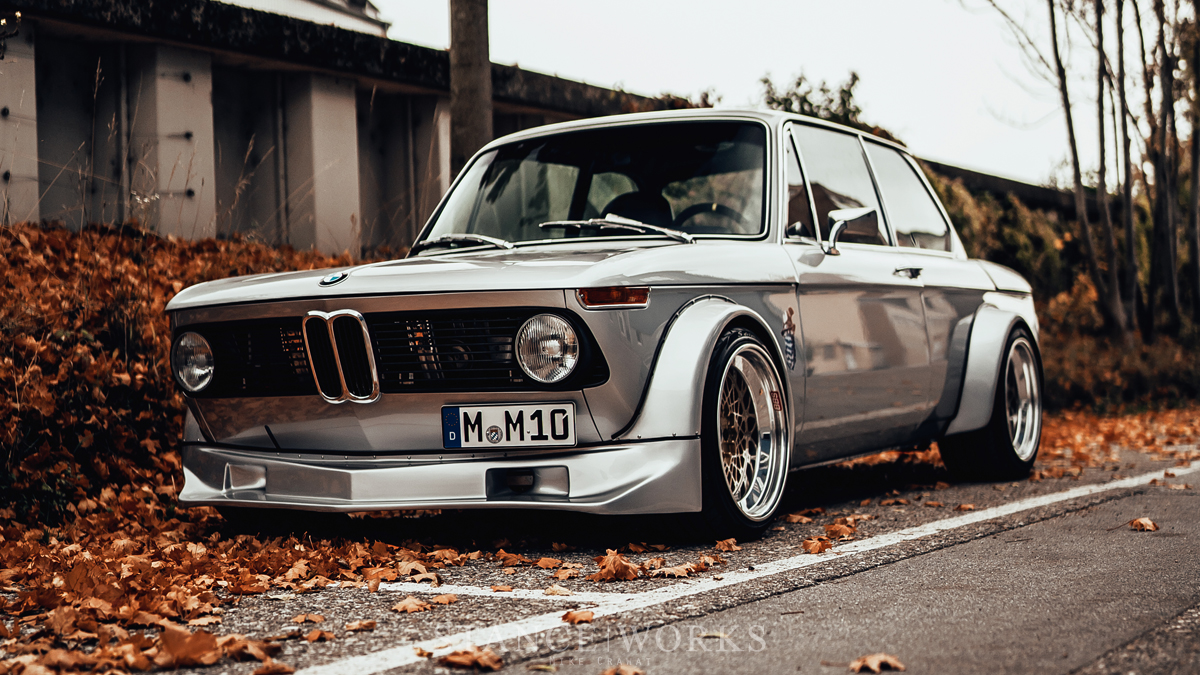