The E30 M3 has been, since my enthusiasm for BMW began, one of the coolest offerings from the marque, period. While it's hard to ignore machines like the M1, the E9 CSL, or even my longtime favorite, the E28 M5, there's something about the M3 that proves hard to beat. Perhaps its the car's undeniably awesome physical presence, with its punched-out boxed fenders, redefined roofline, and aggressive bumpers and spoilers that help it top the list; they're definitive of '80s sports car styling, and routinely place the car atop list of the era's best. Perhaps it's the high-strung "S14" four cylinder built specifically for racing: a homologated special with roots in DTM and touring car competition. Despite its massive cost of upkeep, there's good reason enthusiasts continue to funnel money under the hoods of their Ms. Maybe, and most likely, it's the M3's heritage as the winningest car in sports car racing history, ousting even the heaviest of hitters, such as Porsche's 911. Simply put, no car can compete with the E30 M3's track record. Whatever the case, I've always admired the M3 from afar, initially dreaming and eventually longing for one to call my own. With prices climbing by the year and rapidly approaching unattainable heights, the car has, for the most part, been one I never thought I'd get the chance to own. Until now. 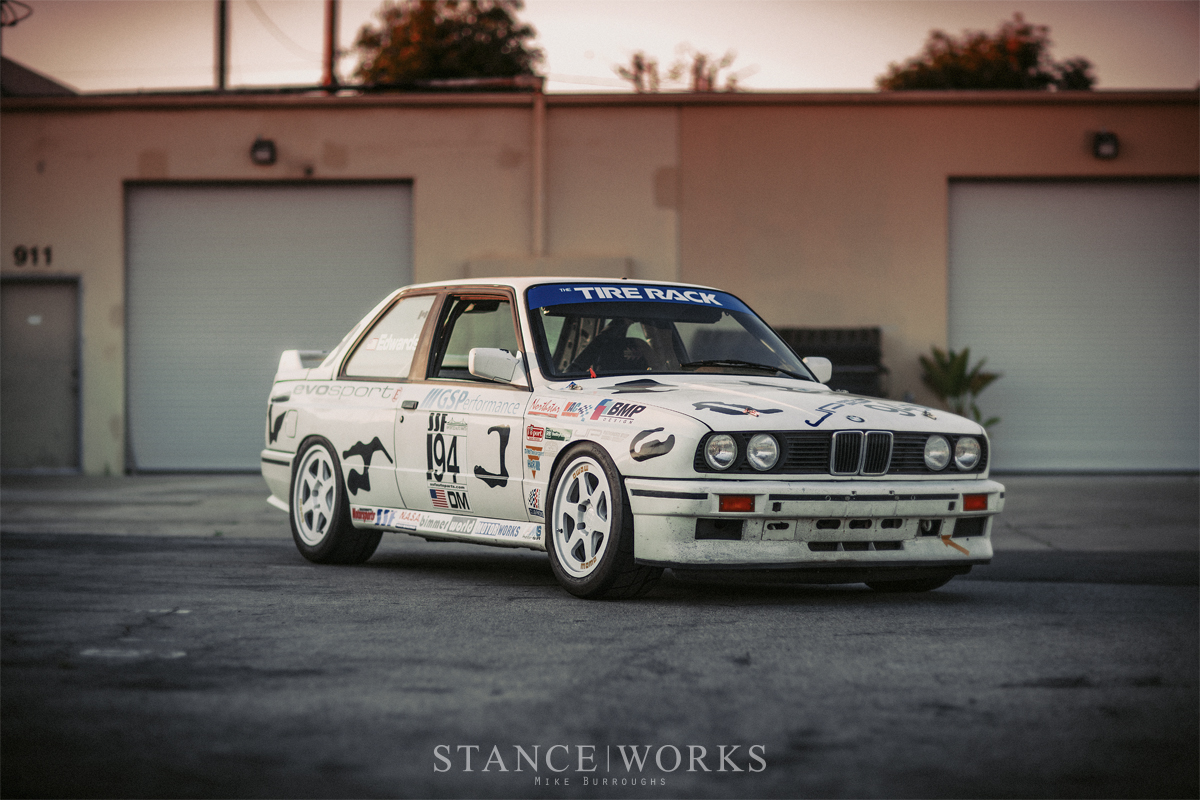 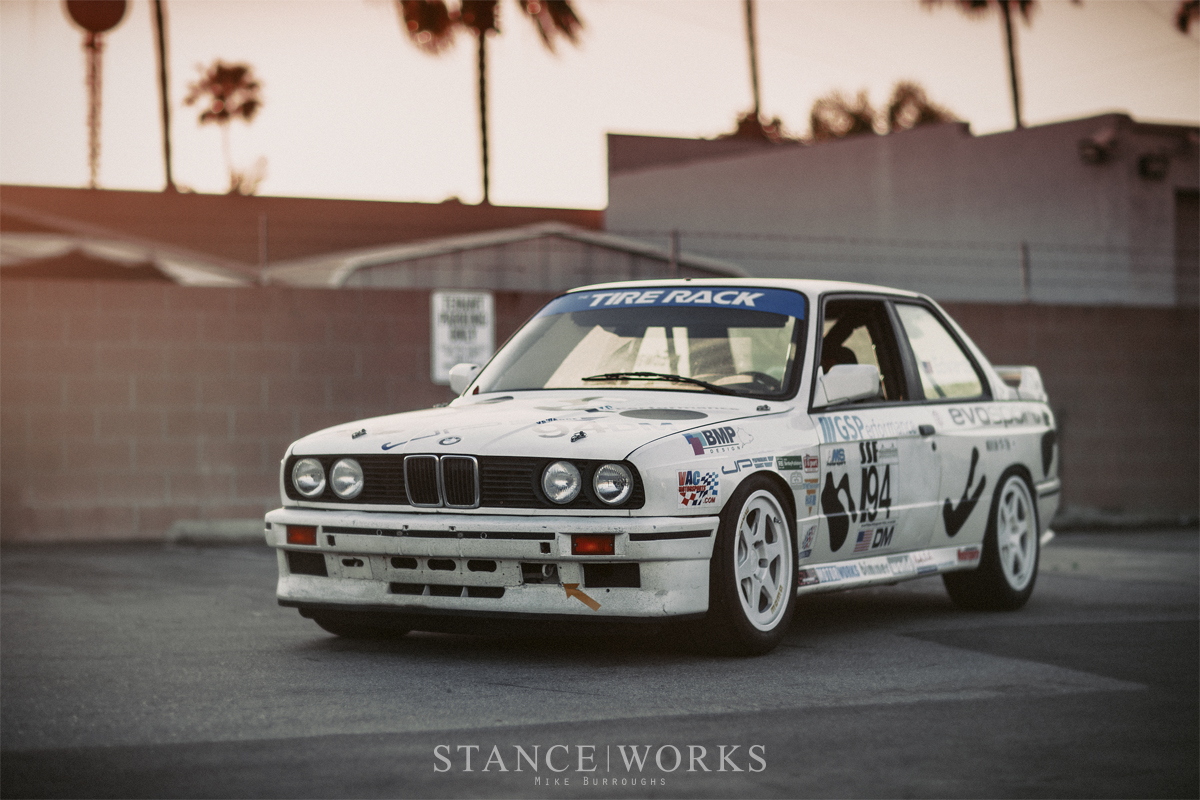 It was more than a year ago that this particular car first crossed my radar. When I called to follow up about buying a pair of E9s in need of a serious overhaul, longtime friend Allen Akin informed me that the cars were long-gone. He did, however, have an M3 he was considering letting go. "It's a race car," he said, "but it's solid, and she runs good." We went back and forth over the course of months, hemming and hawing over the sale and the purchase. For most of the following twelve months, the car was little more than a pipe dream, but during a recent trip to my home state of Tennessee, we struck a deal. 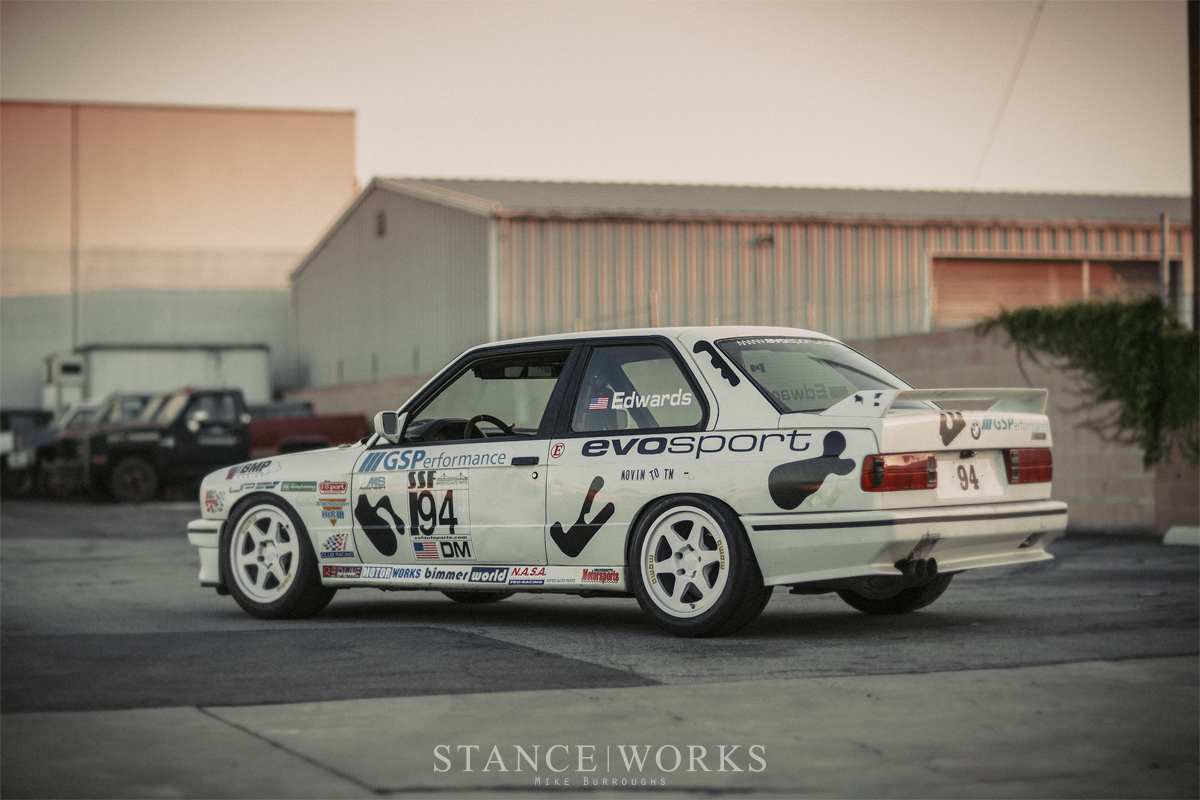 The car carries a long and at least mildly interesting history that ultimately brought it to the small independent BMW shop just south of Nashville, Tennessee. It was, of course, born in Germany as a German-market European car, purchased new in 1987 by an American enlisted officer. In 1989, the car returned with the serviceman to the United States, and was imported through Seattle, where the two remained for another decade. 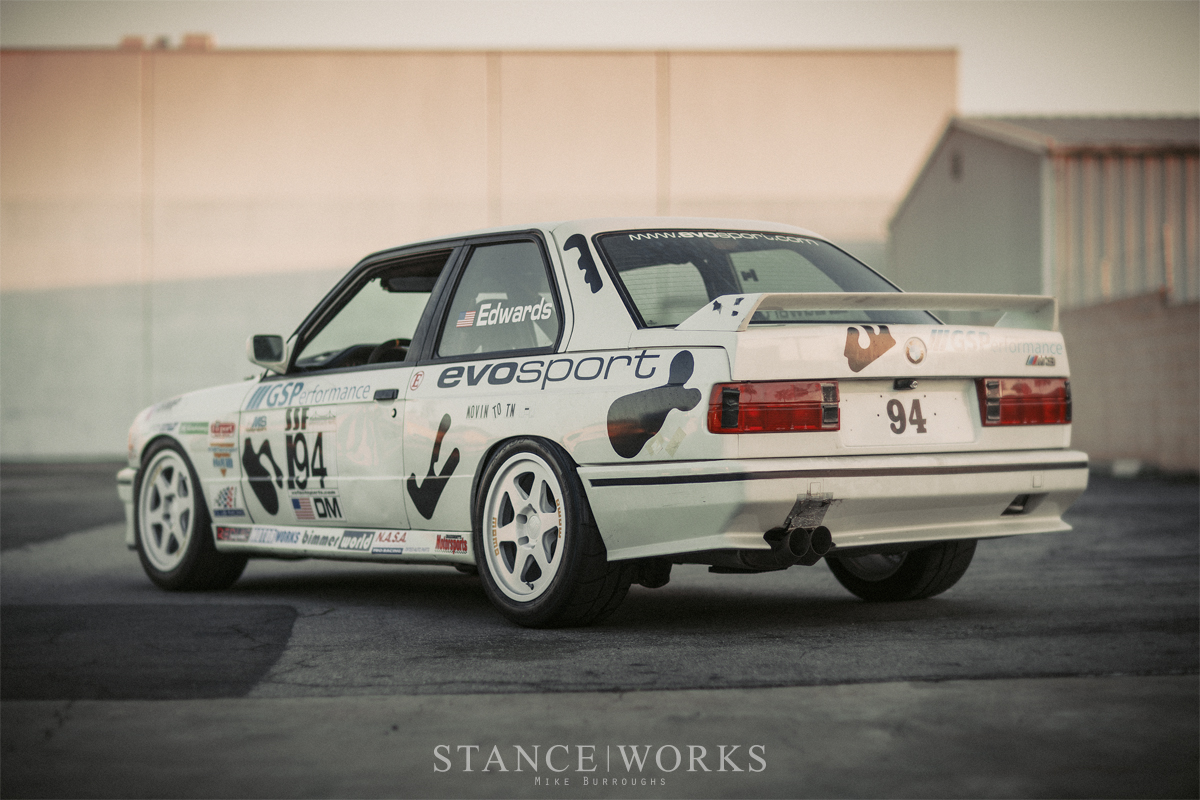 It wasn't until the end of 1998 that Ralph Warren, a name familiar to many in the E30 M3 community, purchased the car from its original owner. Warren and a friend booked round-trip tickets from Orange County, CA to Seattle, with a 3-hour layover at Sea-Tac: just enough time to see the car and catch a flight home if things didn't work out. 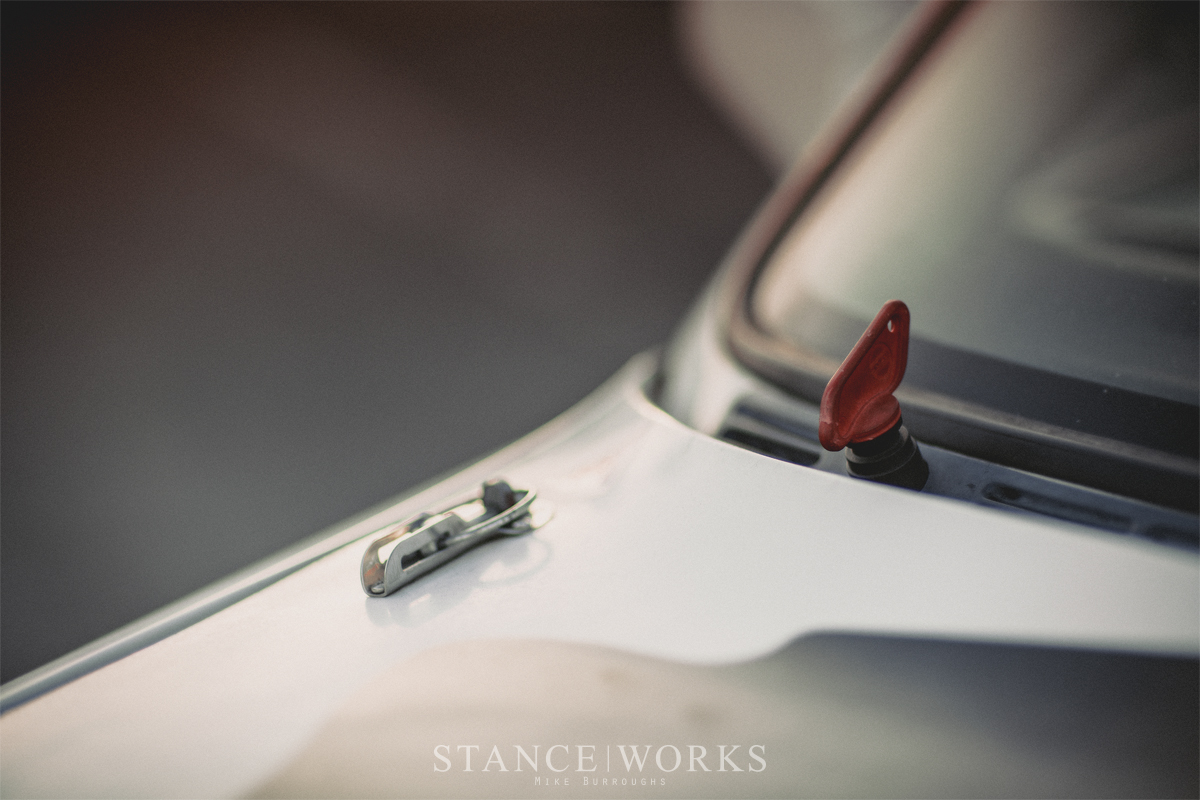 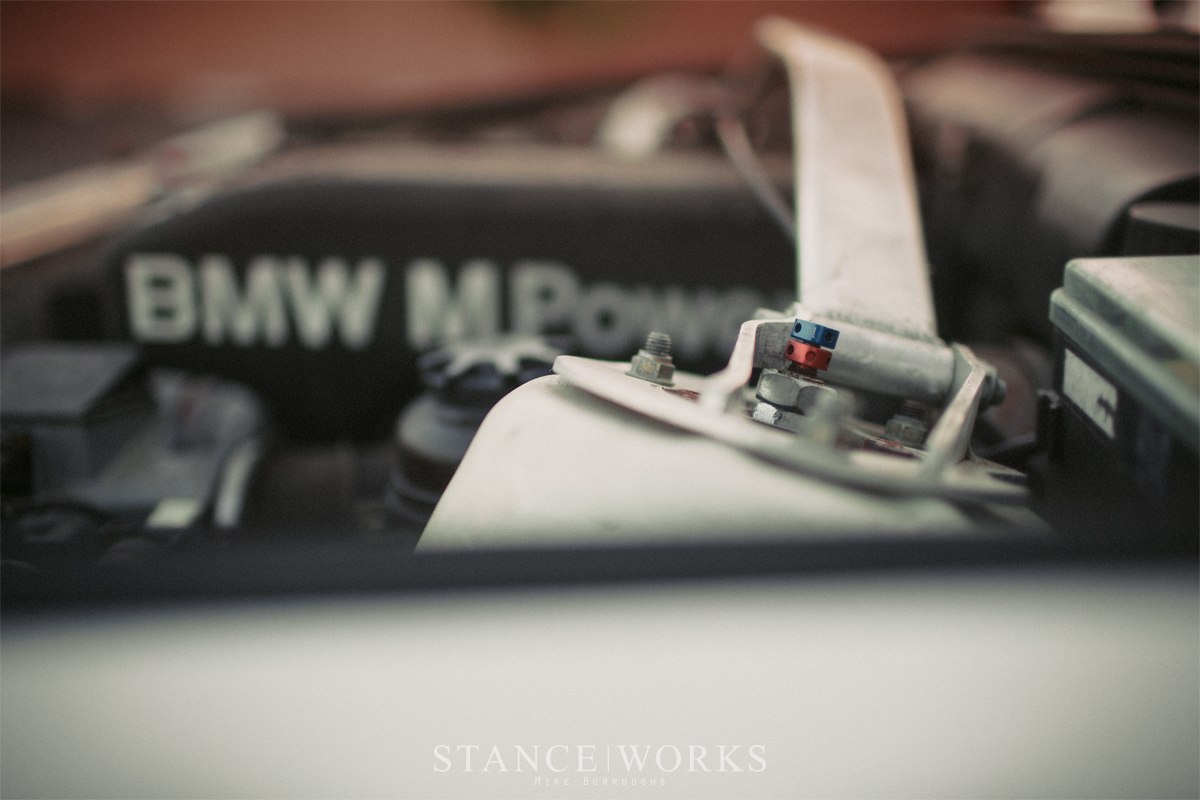 As one can likely deduce, Warren made the purchase and the duo drove the car home in a single-stretch. Upon arriving home, the teardown began. Warren bought the car for the express purpose of turning it into a CCA Club Racer, a passion of his that had grown over many years. In retrospect, its a bit tough to stomach. Warren tore down what was originally a beautiful car. Out came the grey original houndstooth interior, and in went a roll cage and a bucket seat. For club racing rules, the car was given the full treatment of parts like onboard fire suppression, kill switches, harnesses, and more. To give it a competitive edge, the underside of the car was overhauled with purebred race parts: solid bushings, Advance Design double-adjustable coilovers and Brembo big brakes, to name a few. The car was stripped to a bare minimum, too. The inside trussing of the trunk panel was cut out entirely, the sunroof was sealed shut, and the hood was replaced with a featherweight carbon fiber unit.  Within a couple of months of coming home, Warren's car was prepped and ready for its debut race at Laguna Seca, which it wonderfully won. 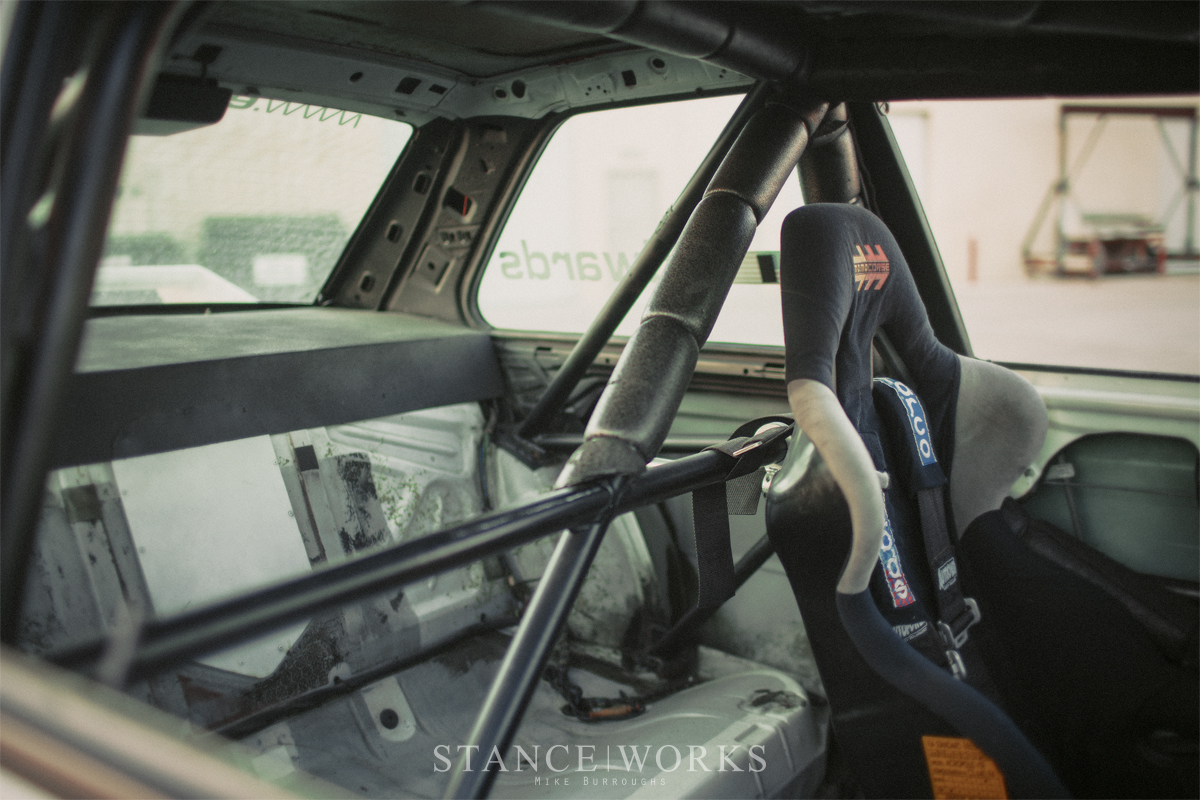 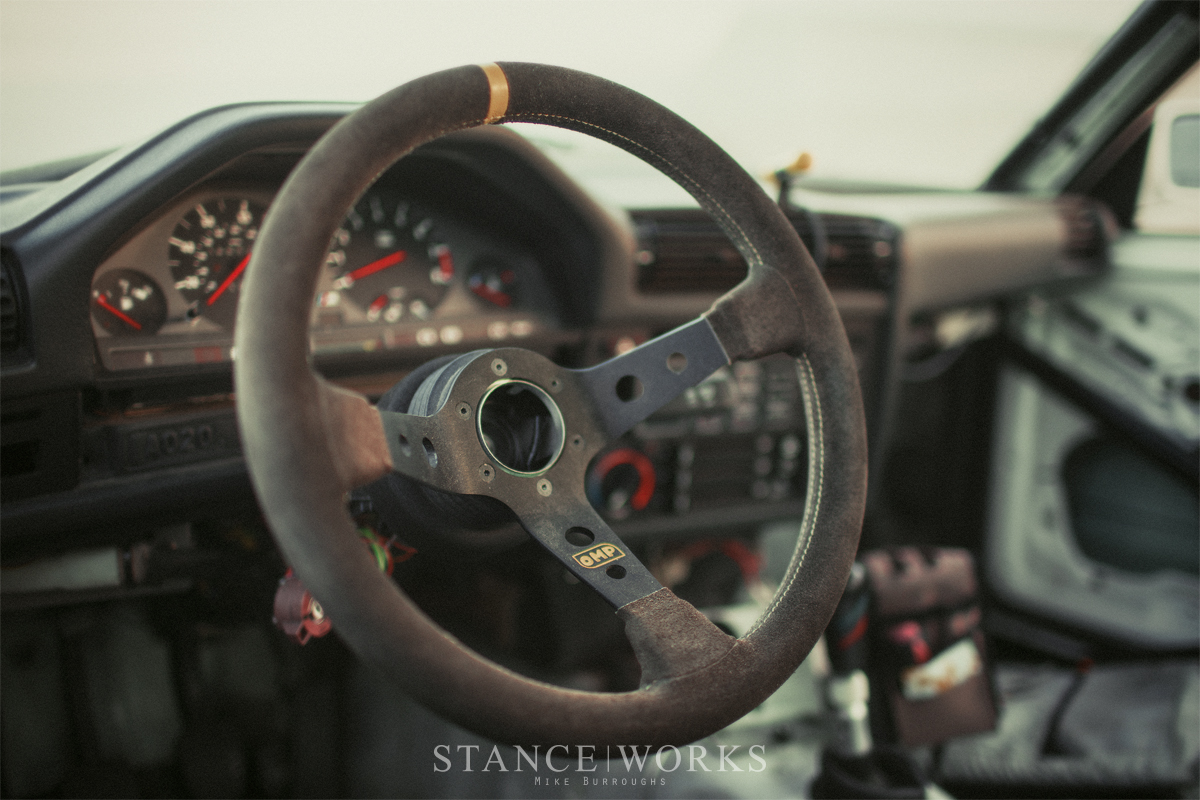 Over the next four years, the car was raced extensively, and expensively too. Under the hood of the M3 was a short-fuse 2.5-liter S14 pumping out 256 horsepower at the rear wheels: a real screamer. Warren admits that while the power output gave him a competitive edge, it cost him dearly, to the tune of a rebuild every six months. That's no small sum, considering the engine cost him around $40,000. But, it goes to show, Warren was a no-holds-barred racer, and gave what he must to win. 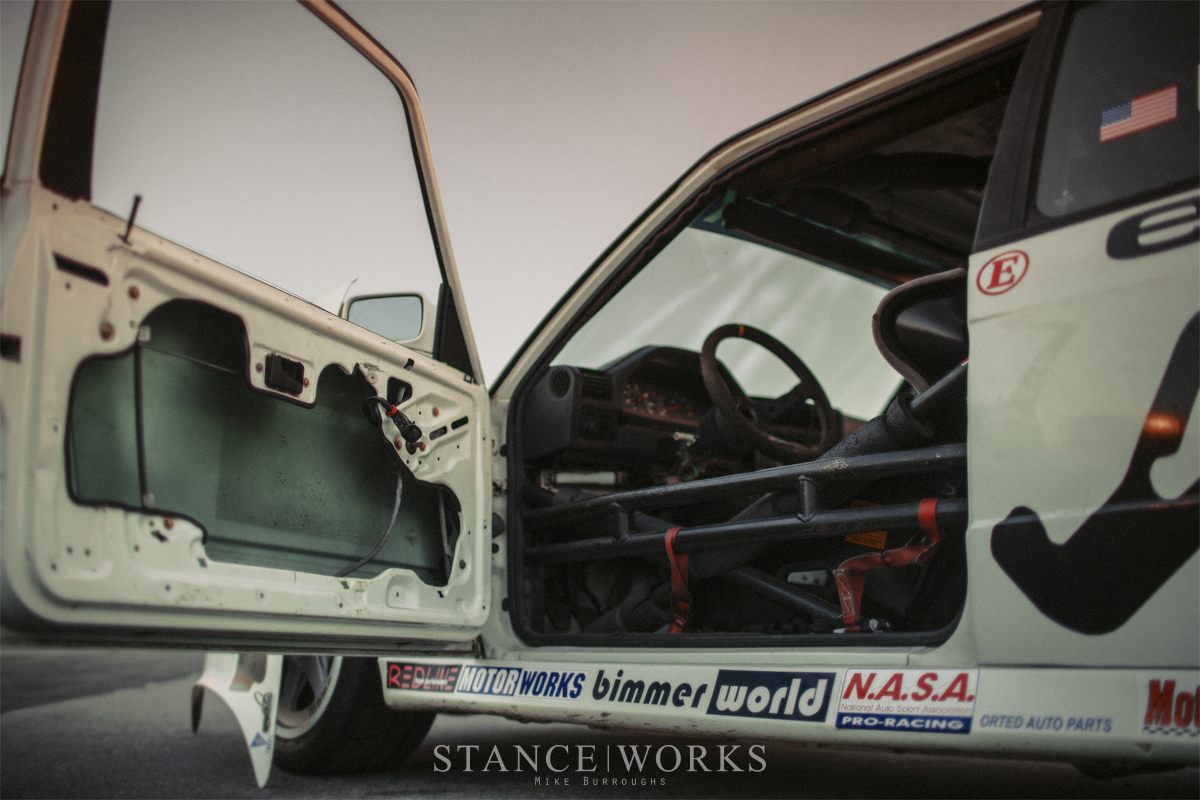 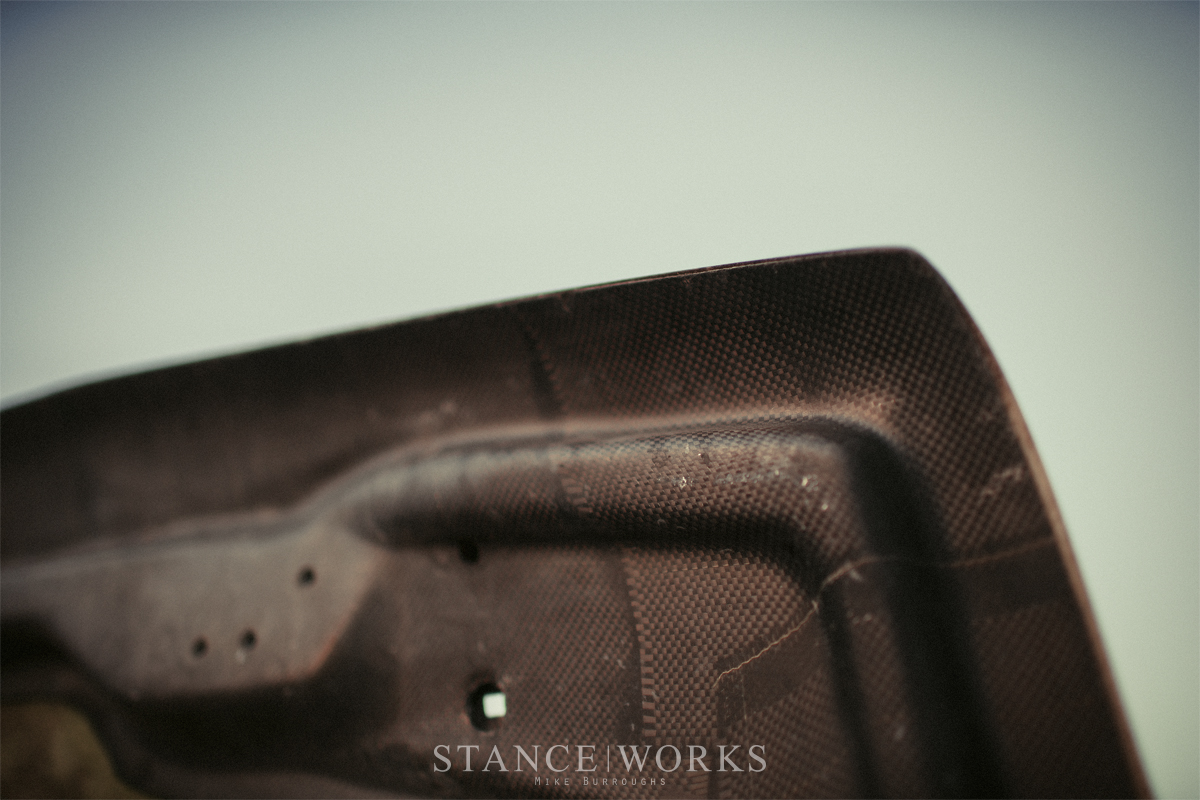 Eventually, though, the E36 M3s he was competing against were getting faster and faster. Warren found himself post-race, lamenting his fourth-place finish despite his best efforts and an incredible session. He knew it was time to upgrade. As fate would have it, at that very moment, longtime friend and fellow driver Holly Edwards approached his open driver's window and asked to buy the car. Her J-Stock E30 M3 just wasn't quick enough. 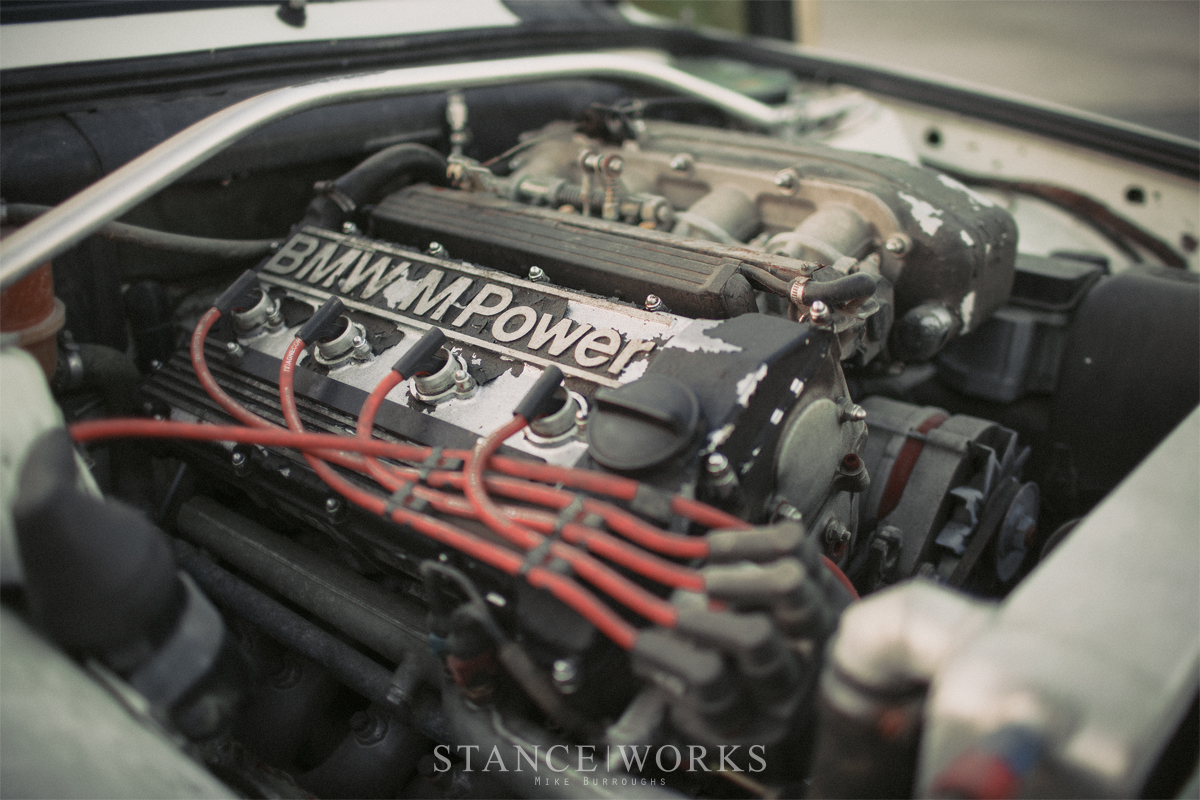 The two struck a deal, largely based around changing the engine. Not wanting to spend six figures a year on her racing habit, Edwards asked that the S14 race engine be removed, and in its place Warren built and installed a more mild 2.5, equipped to produce power and for a long, long time. Edwards and Warren raced the car together for a time, until eventually, Holly Edwards moved east to Nashville, Tennessee. 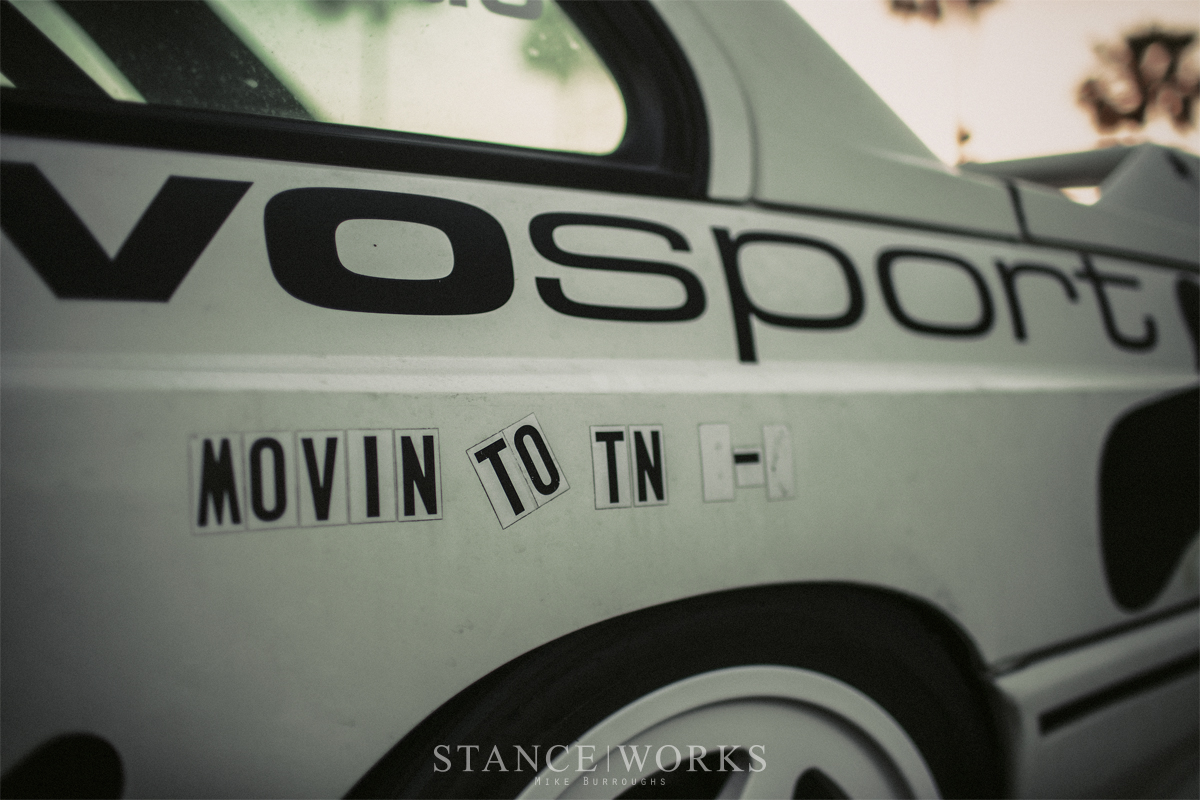 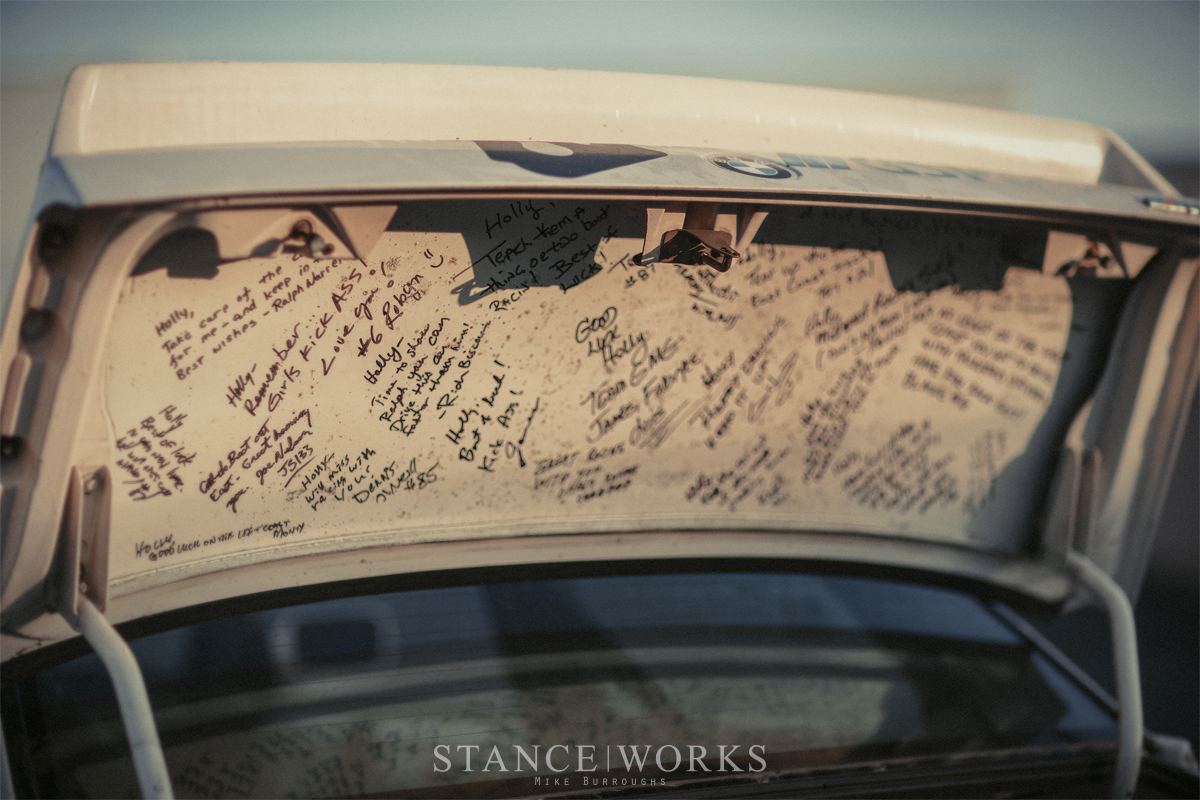 Upon her departure, her club racing compadres left her notes of encouragement under the car's deck lid. "Holly, take care of the cow car for me," Warren wrote, "and keep in touch. Best wishes."  With that, she moved, and found a new home as a reporter for the Tennessean. While the car appears to have been raced some after Edwards's move, the log books stop. A few years later, another move forced the sale of her cars, which wound up in the hands of Allen Akin. With hopes of driving the car himself, the car was kept in running shape, with the basics of maintenance performed, but otherwise, the car remained entirely untouched for more than a half-decade more, until eventually, I found myself looking at it. 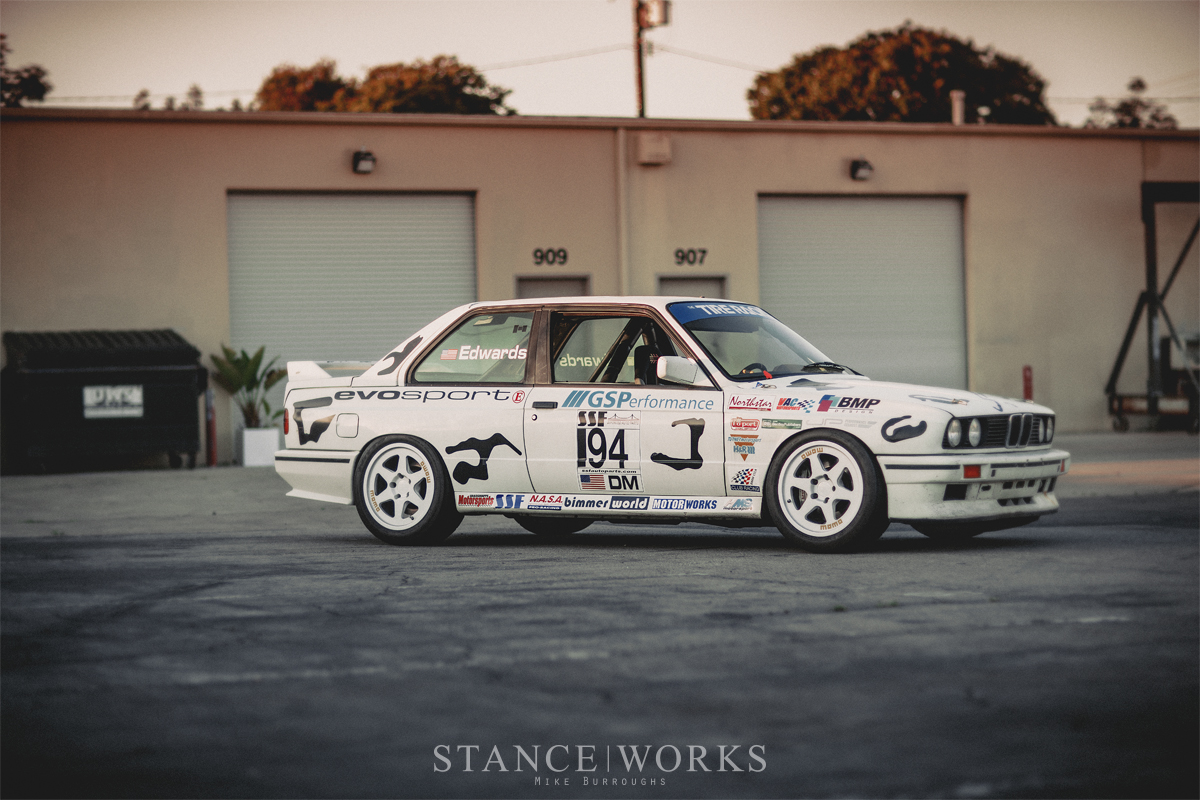 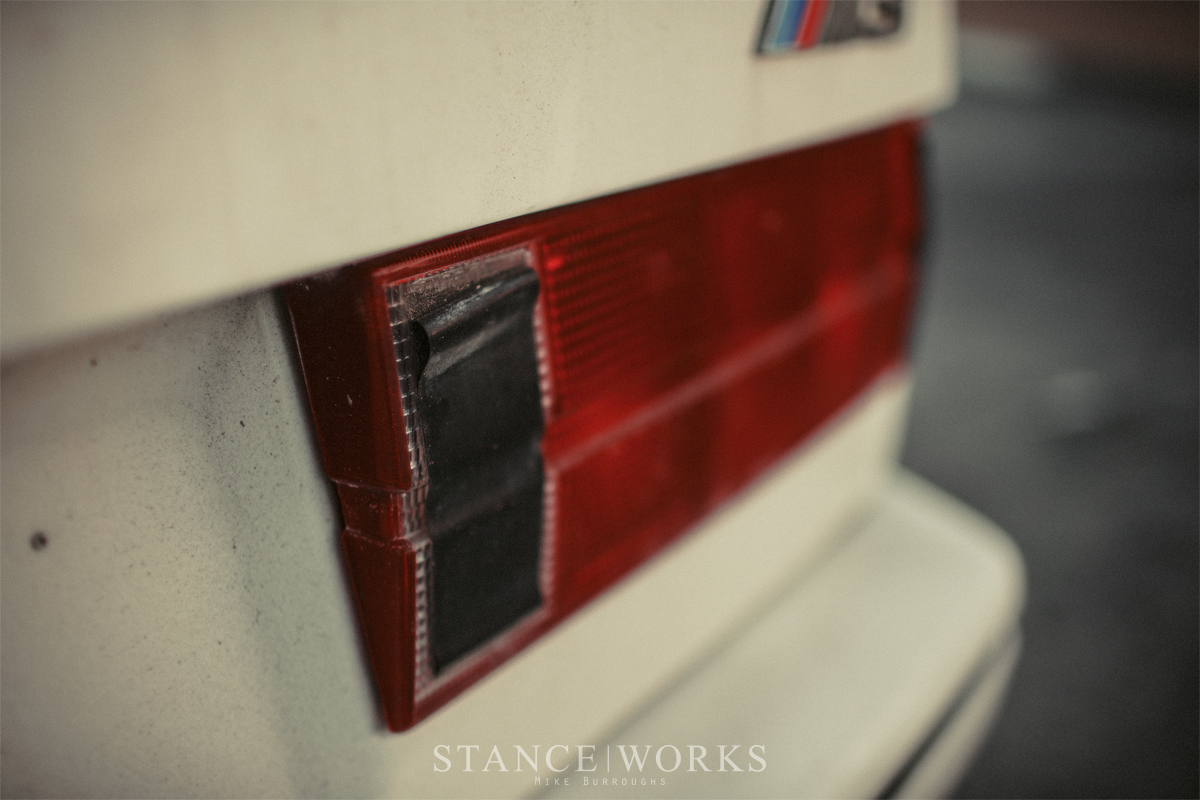 It was the first time I had seen the car in person. I spent the morning scrutinizing the car, looking for dealbreakers, namely rust. The car was free of any rot, and things like the pinch welds, frame horns, and metalwork were all untouched, proving the car had in fact never taken a major hit. While it was clear the car had remained largely untouched since the early 2000s, the parts fitted were all of top-tier quality, and more than anything, just needed the cobwebs knocked off. I was assured the car had been started, warmed, and maintained regularly since Akin acquired it, and with that, we struck a deal. 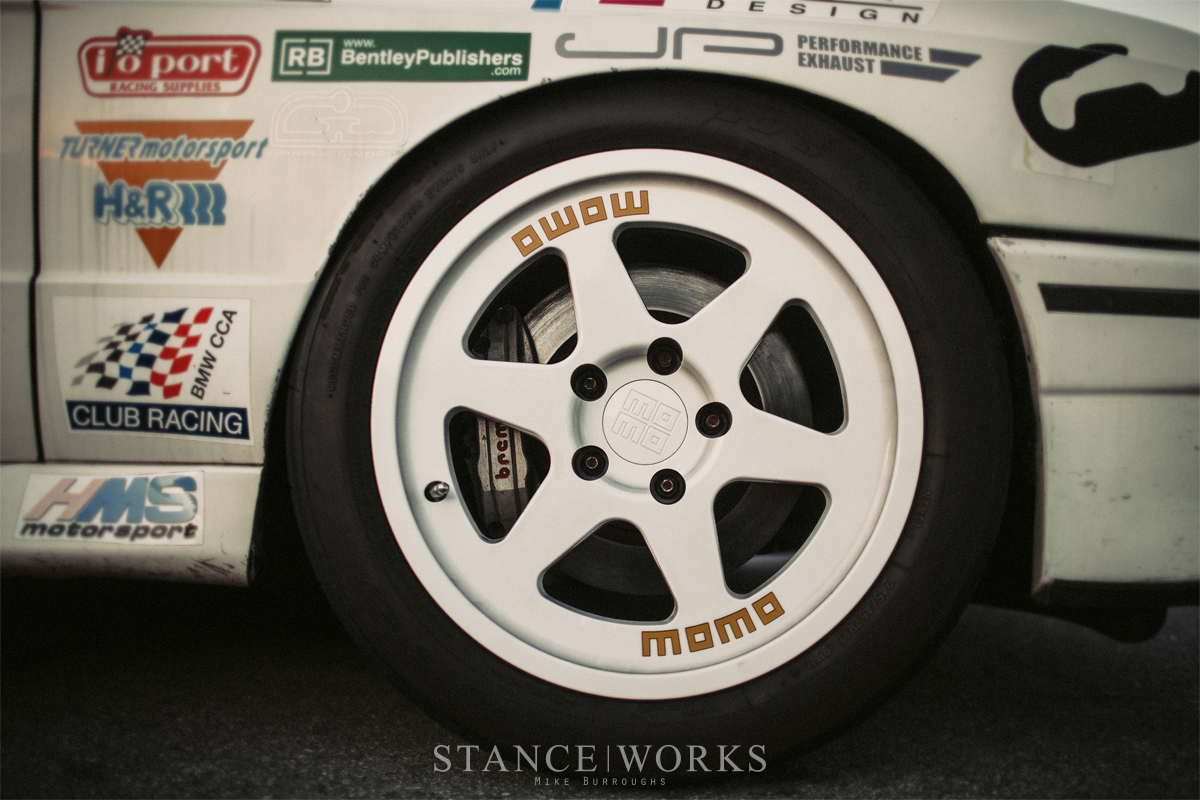 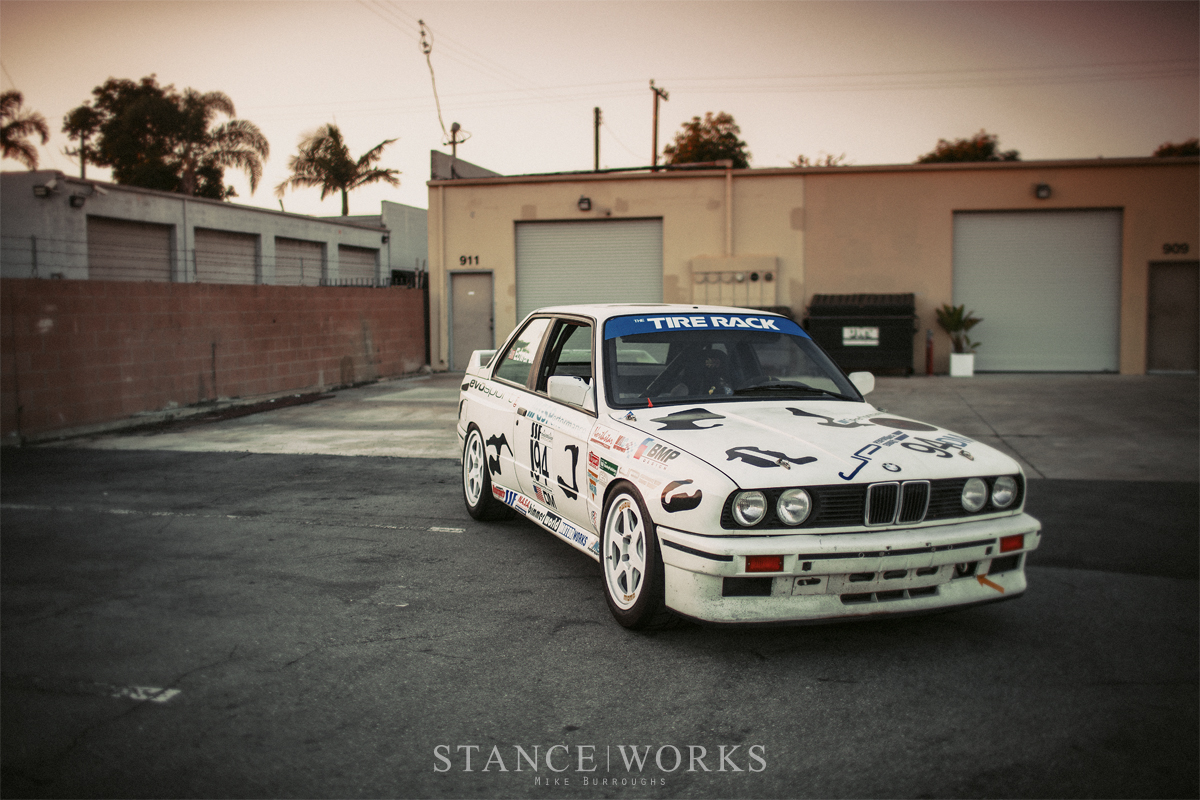 Of course, I've brought the car back to Orange County, bringing the car's story full-circle. Originally raced out of Irvine, it's right at home where it once was and will be for the foreseeable future. Even better, I had the chance to bring the car back to Ralph Warren himself, to learn the ins and outs, ups and downs, and every detail about his former race car and what makes it tick: an experience I never expected when making the purchase itself. Old log books reveal amazing details and stories, while Warren's personal accounts and tidbits have helped to fill in the blanks. 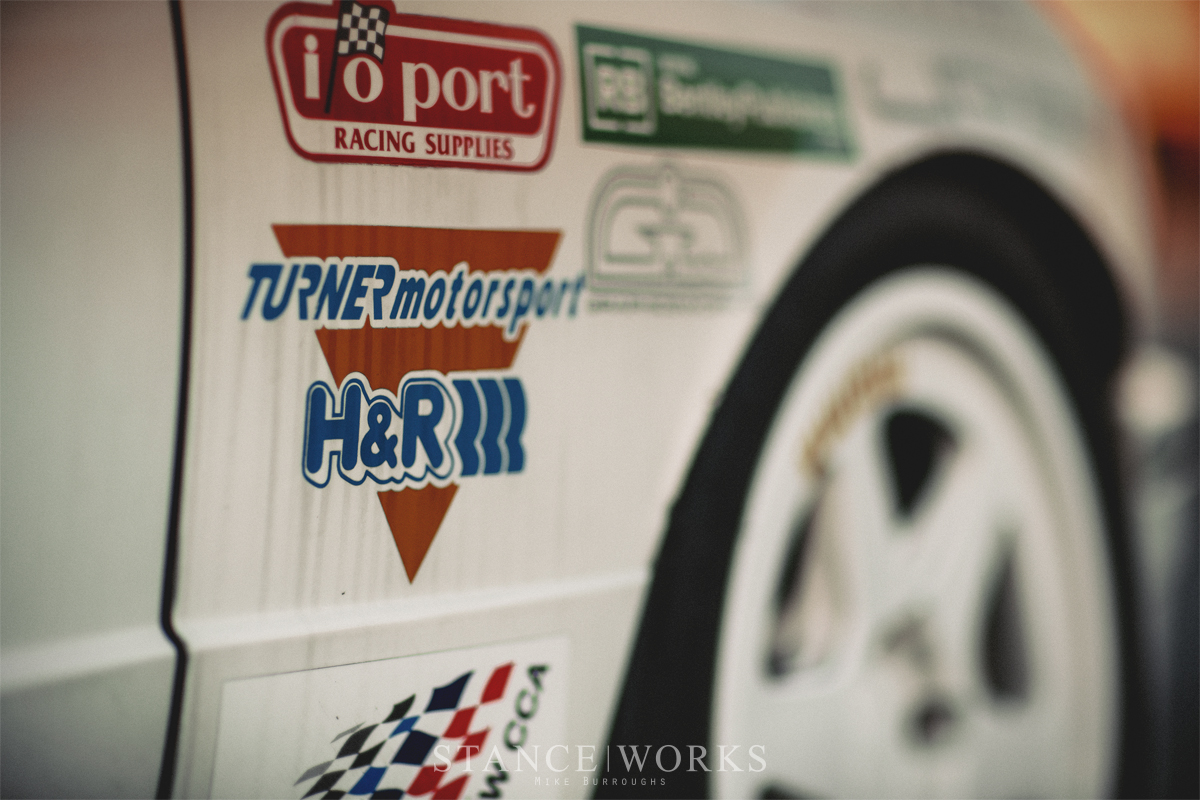 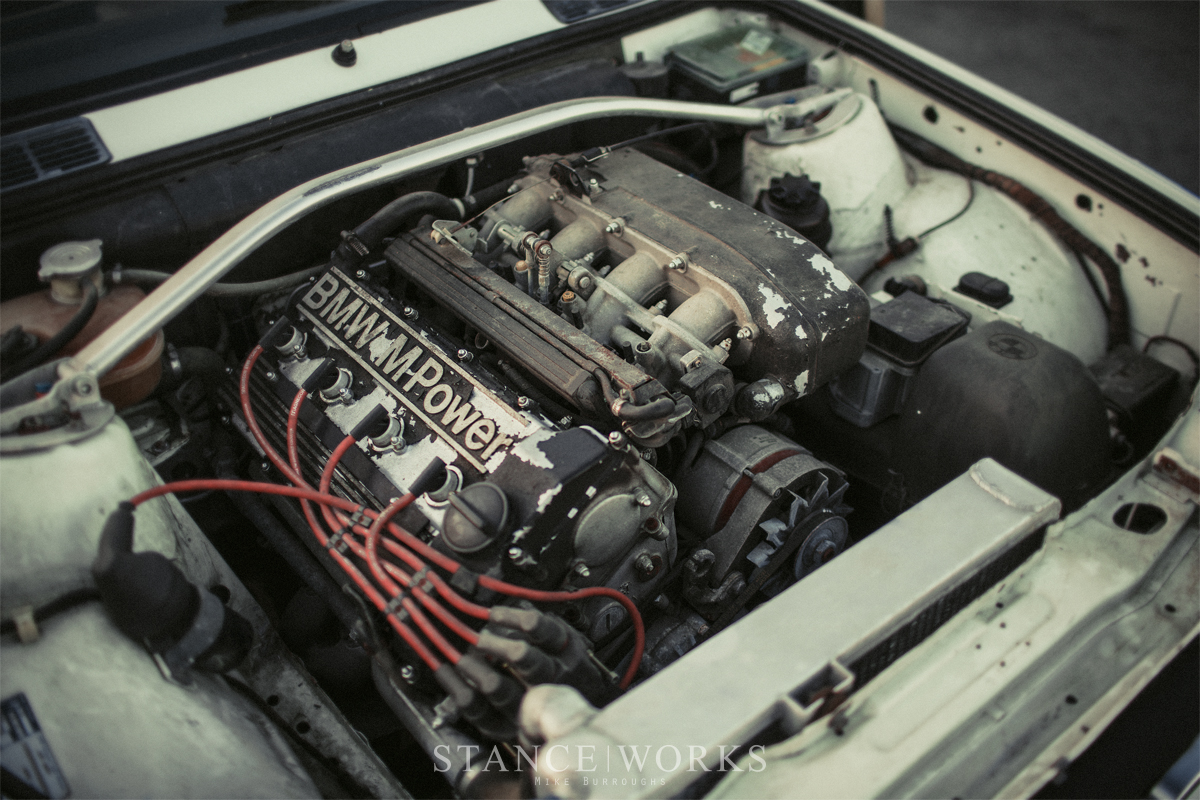 It's clear, I'm sure, that the wheel and tire package - Momo Heritage Sixes and Nitto NT01 tires - aren't exactly how the car was delivered: I'll admit to that. Dry rotted slicks mounted to RKs were certainly a more period early-2000s look, but being keen to drive it, I made the swap, and have since put the car back on the road after a good once-over and some routine maintenance. 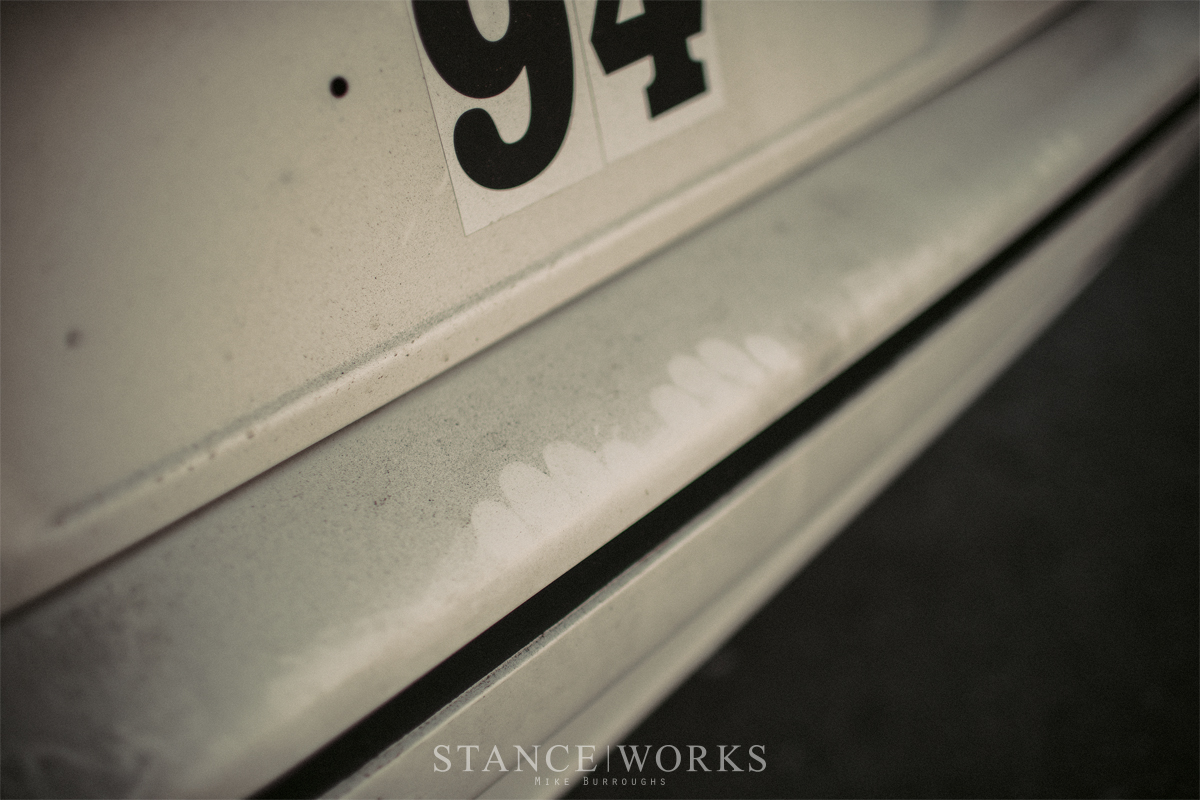 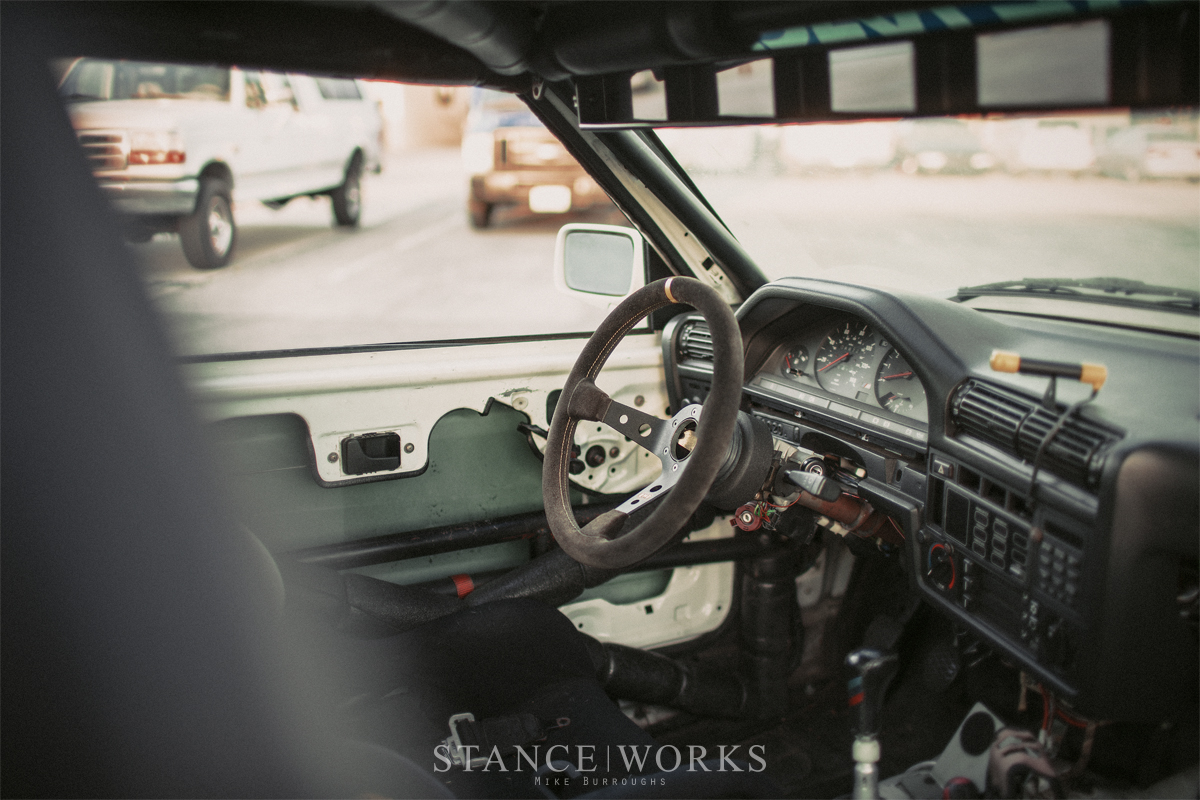 Following that, though, the car remains untouched, down to its dirt and grime. It felt pertinent to document and photograph the car as it sits - as it has sat -  for years and years. The "Cow Car" livery, as it has become known, is worn and tattered, representing tracks across the US that the car and Warren used to race on. The edges of the vinyl stickers have collected dust and dirt, each bit conspiring in an effort to lift the vinyl's edges. The car's bumps and bruises are all part of its history, and its rough-and-tumble nature make it far more fitting for my garage than any show queen could be. Warren even insists it remains untouched since the day he sold it, pointing out the nuances that make the car unmistakably his. The Schrick-cammed head-worked and tune 2.5-liter still resides under the hood, with few miles and fewer experiences on the engine since the motor was assembled. But now, the fun begins. With proper evidence of what was, it's time to change course and make the car my own. Only 88,000 miles have accrued on the chassis, although many admittedly harder than most, there's still many chapters to add to this car's story. This is, undoubtedly, a dream come true, and a car I truly never expected to own nor track. Rest assured though, it'll be run hard and put up wet, just as it was decades ago. Dreams do in fact come true. She's no E28 M5, I'll admit... but truth be told, even my favorite sedan might be tough to compare to something like this. 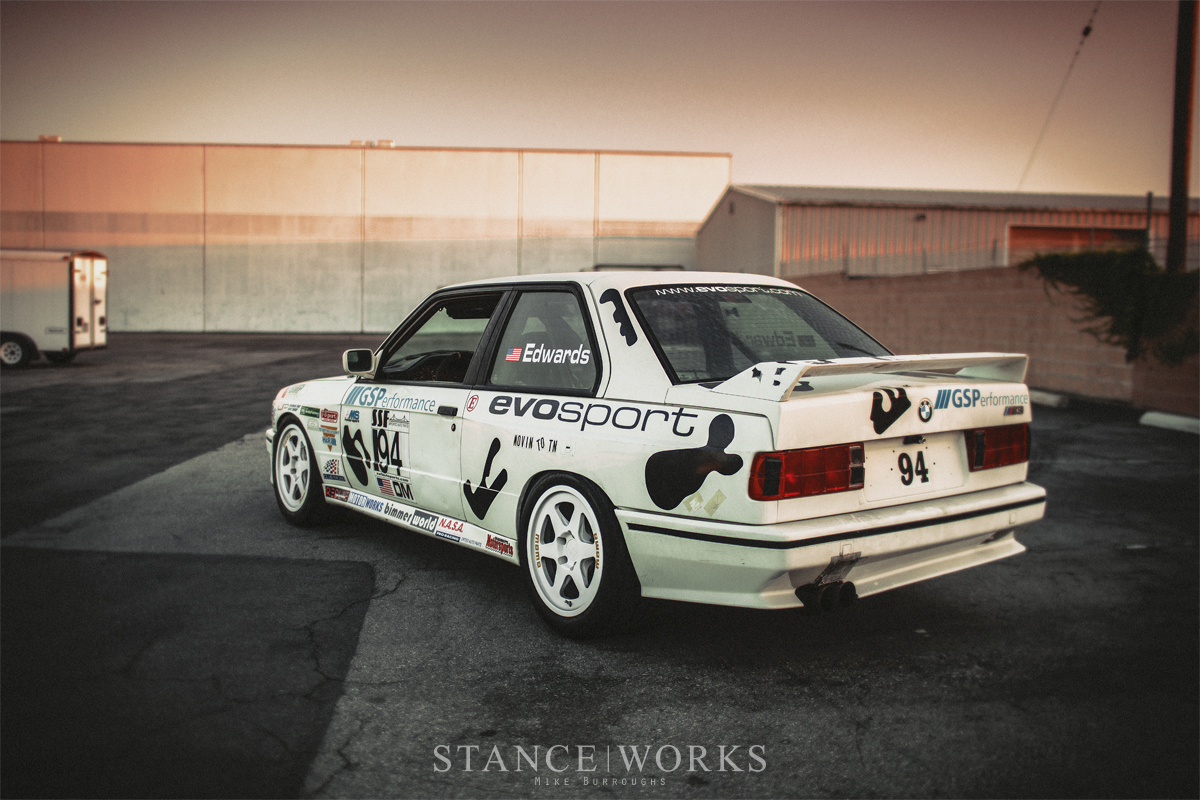