If the sight of a race car doesn't get your heart pumping, I fear a bit for you. There's something indisputably special about a purpose-built machine, from real-life Tonka trucks and well-diggers to trophy trucks and trains. A complex machine with specific functions emanates a sense of purpose that is sure to fire up any gearhead, young or old. Race cars, though, strike a bit closer to home. Taking it a step further, from a personal level, and I'm quick to admit that there's nothing that does it for me more than '70s and '80s production-based racers. Unfortunately, I'm not alone, and acquiring such cars is a rich man's sport. That leaves guys like Michel Willems, the owner of this incredible '87 M3 Bastos Replica, reason to build their own. 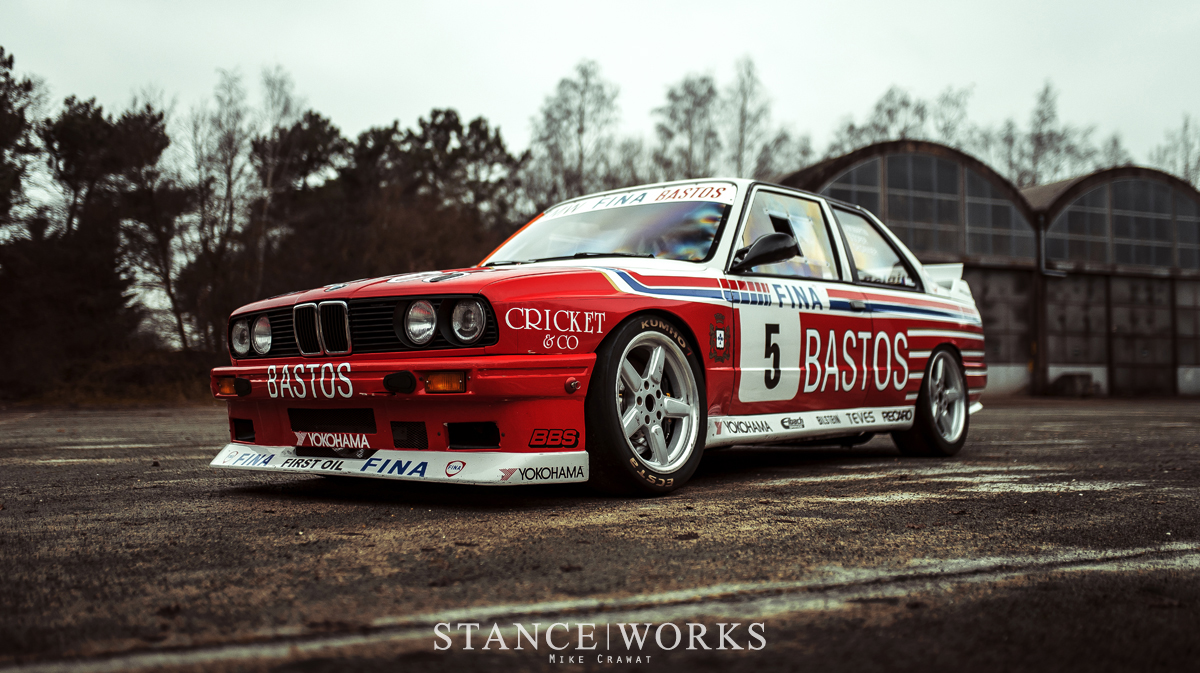 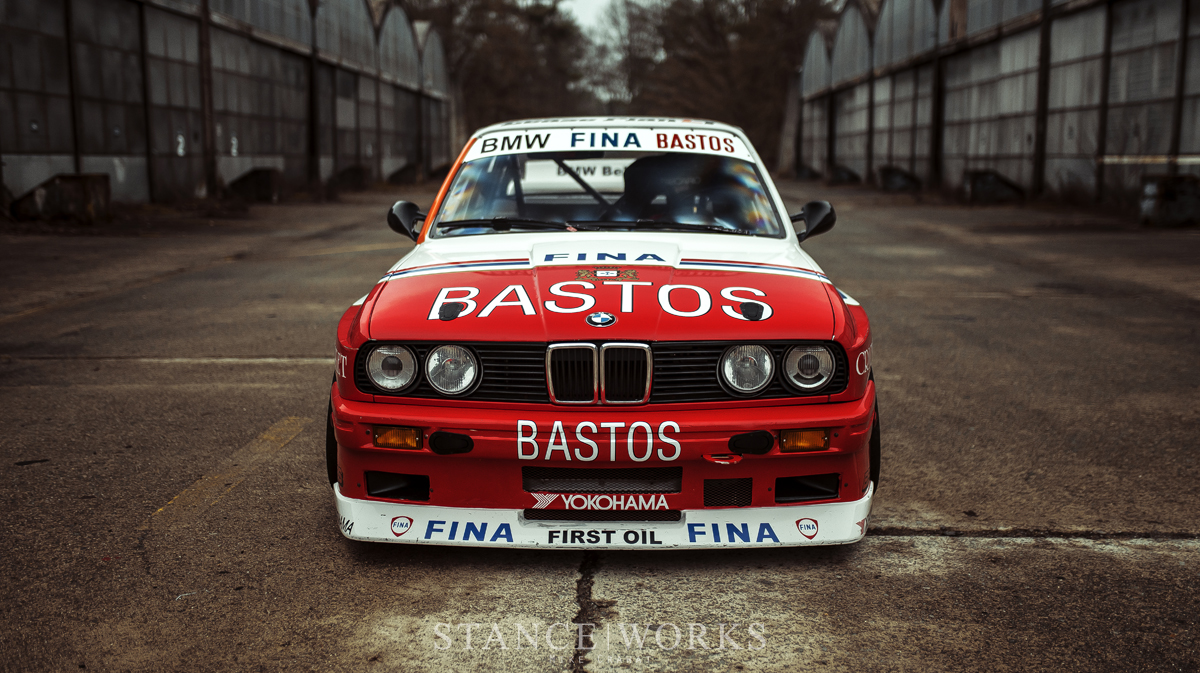 If you've got an interest in purchasing a real Group A or DTM car, you best be sure to check your pocket book. Actually, if you need to check, you can't afford it, no two ways about it. However, that doesn't mean a proper homage is an inexpensive endeavor. Fortunately for Michel, it was Bravo Racing that did the heavy lifting, and upon letting it go, Mr. Willems was first in line. 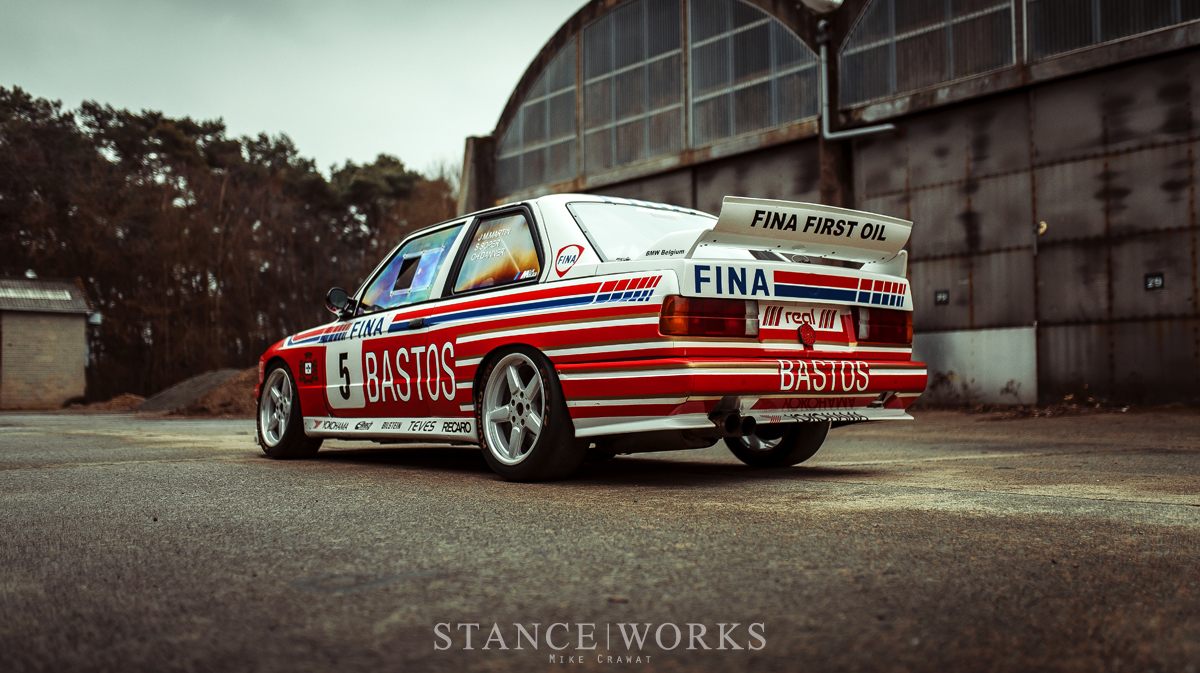 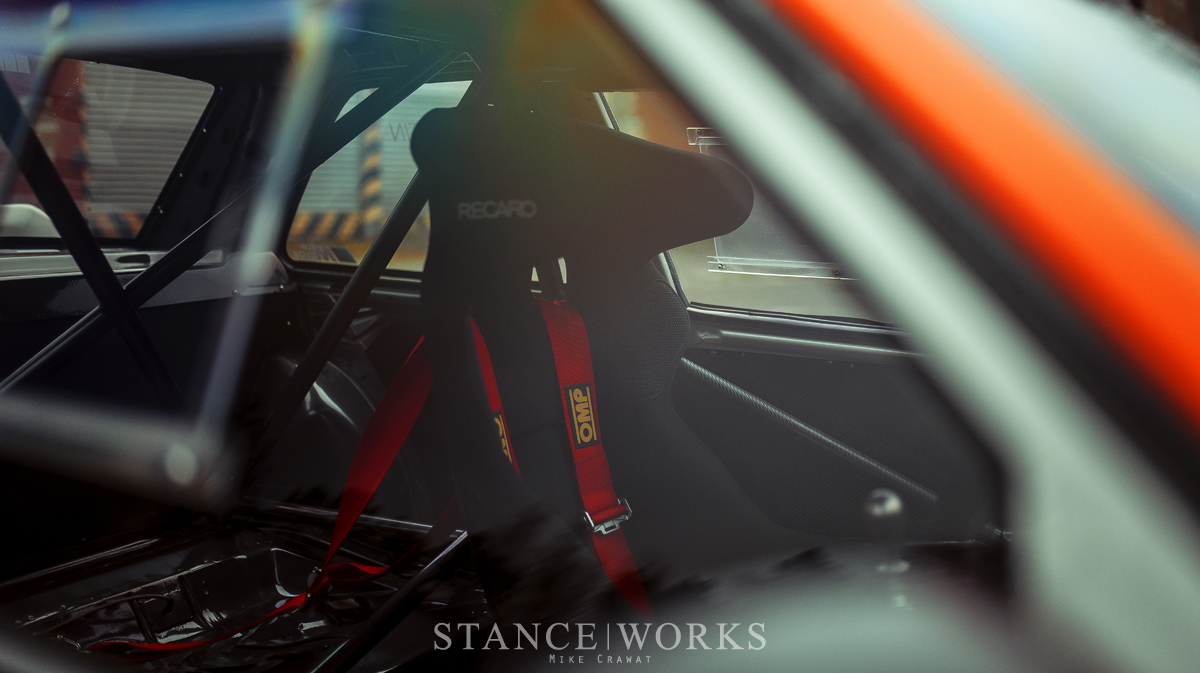 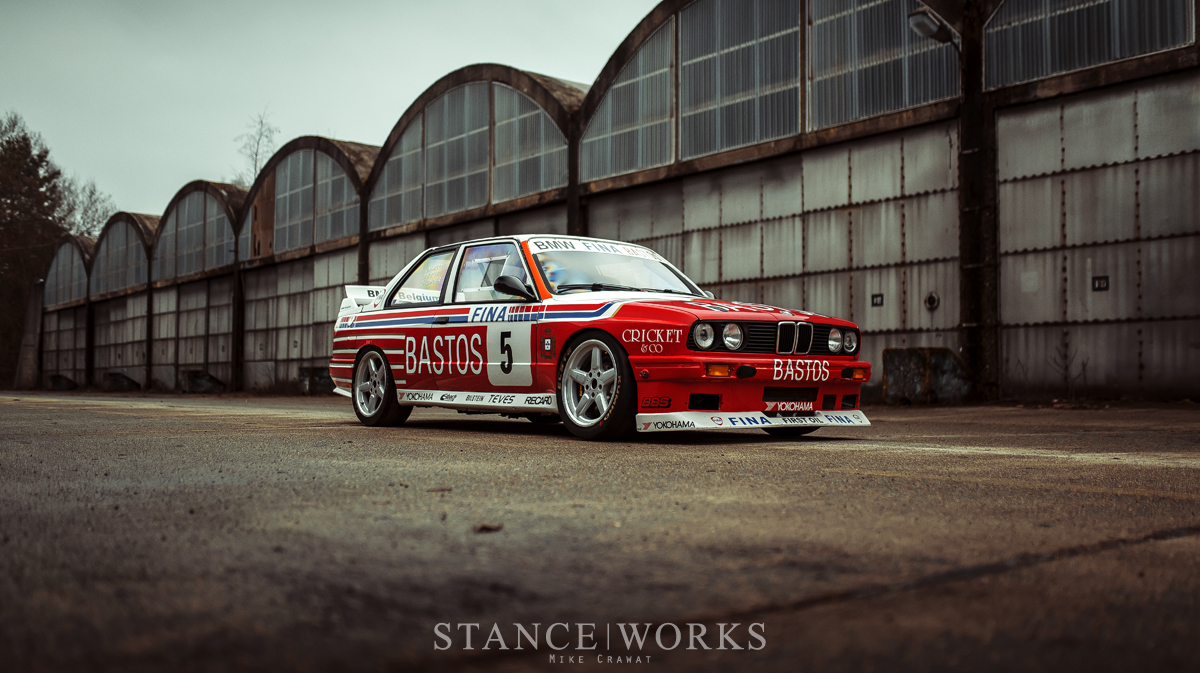 Michel gives credit to Kim Huybrechts, the chief mechanic of the race team that built the car, for its prowess. Built to race in the YTCC (Youngtimer Touring Car Challenge), the car exhibits much of what the originals did decades ago, but of course, with some modernized twists. 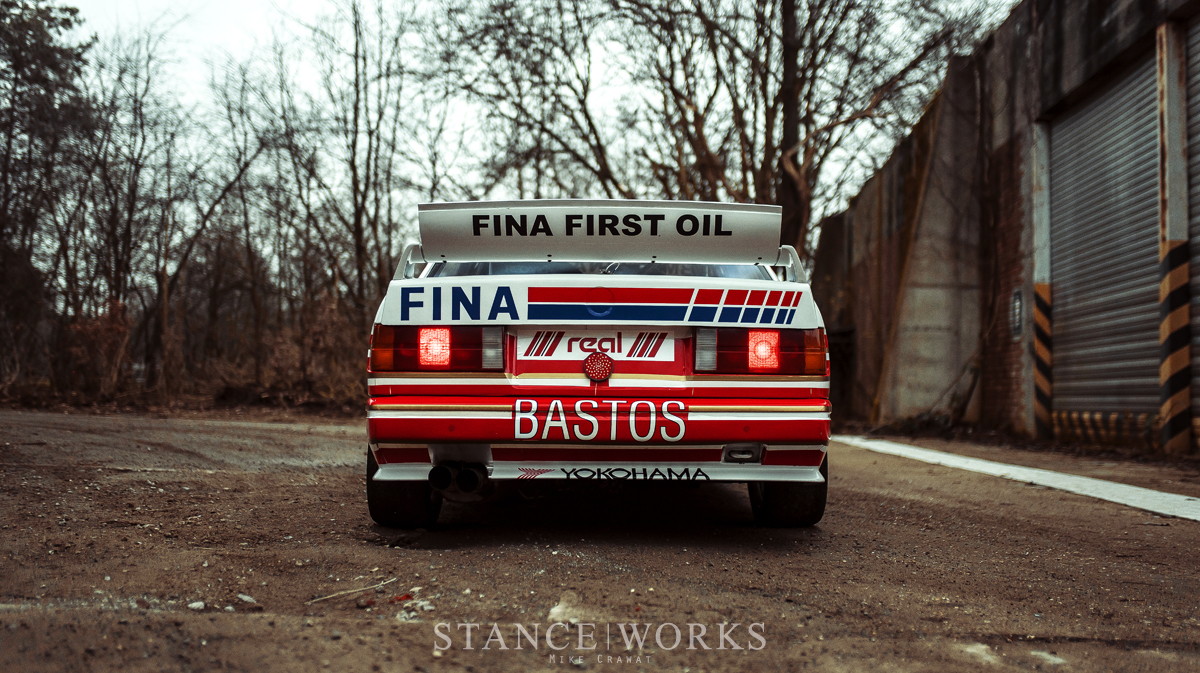 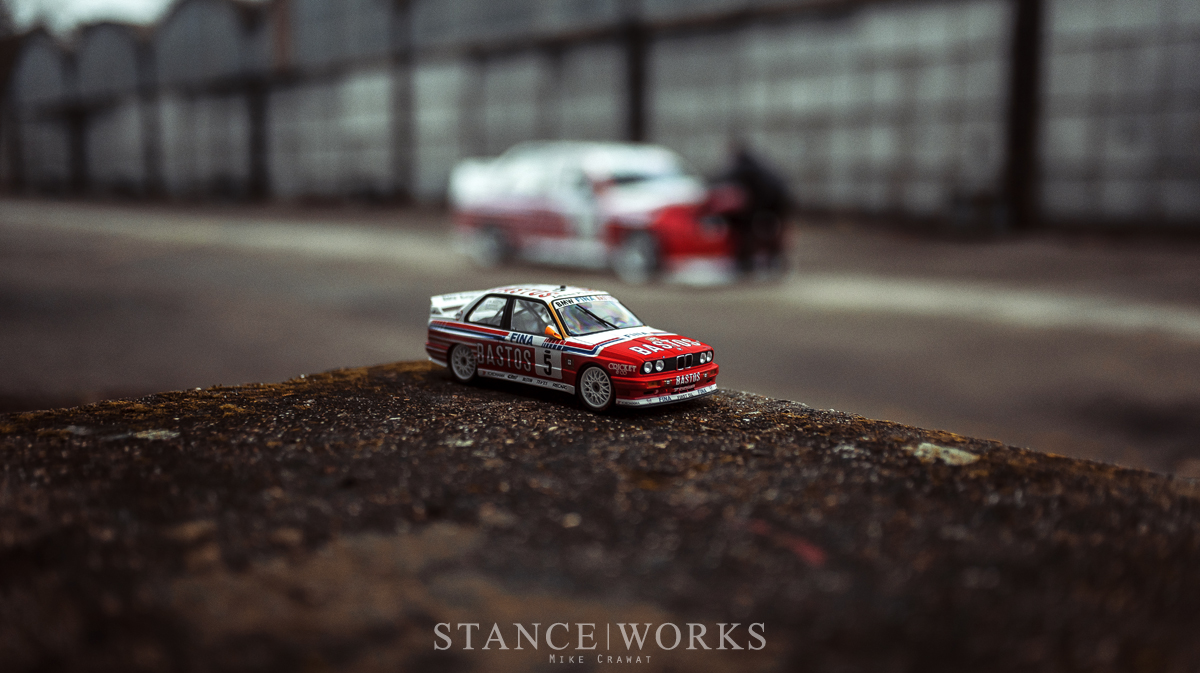 Under the hood, the car still sports its proper S14 engine. Believe it or not, I can hear the sighs of relief from here, through the internet, even at the time of writing this, long before another soul has read it. At 2.5 liters and revving out to 8,000RPM through a carbon airbox, the old girl screams but begs for more. Thanks to a KMS MP25 ECU, the car churns out an impressive 290 naturally aspirated horsepower, and as a result, Michel confidently the states the car simply couldn't be better to drive. 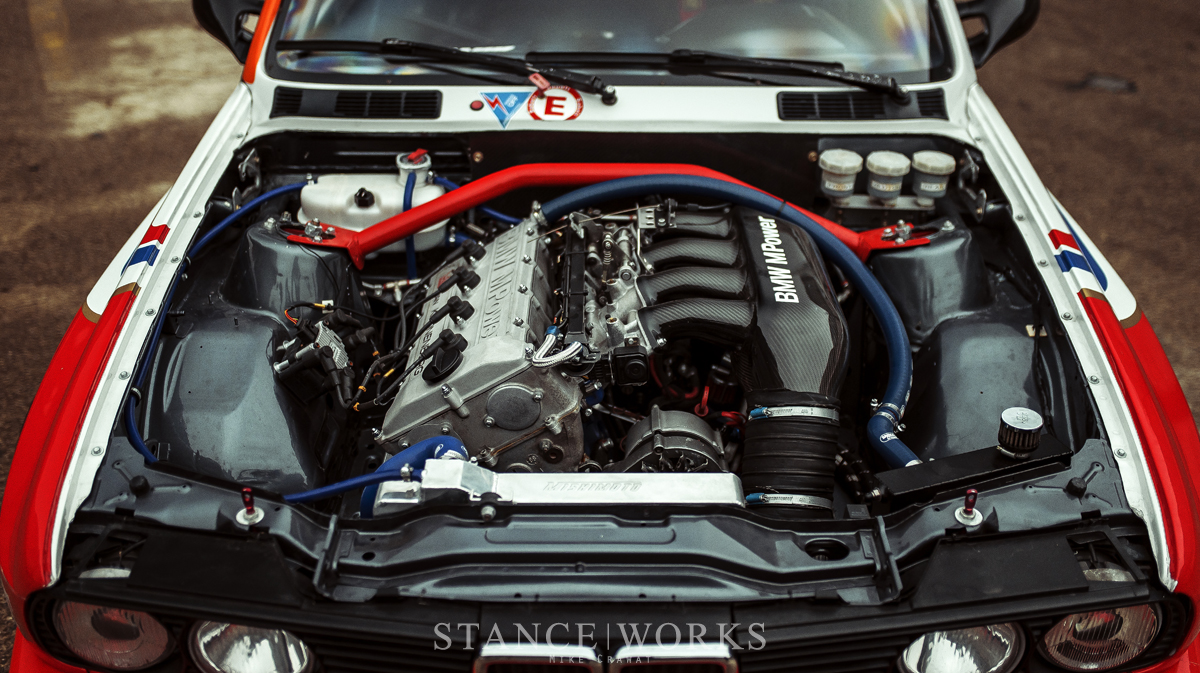 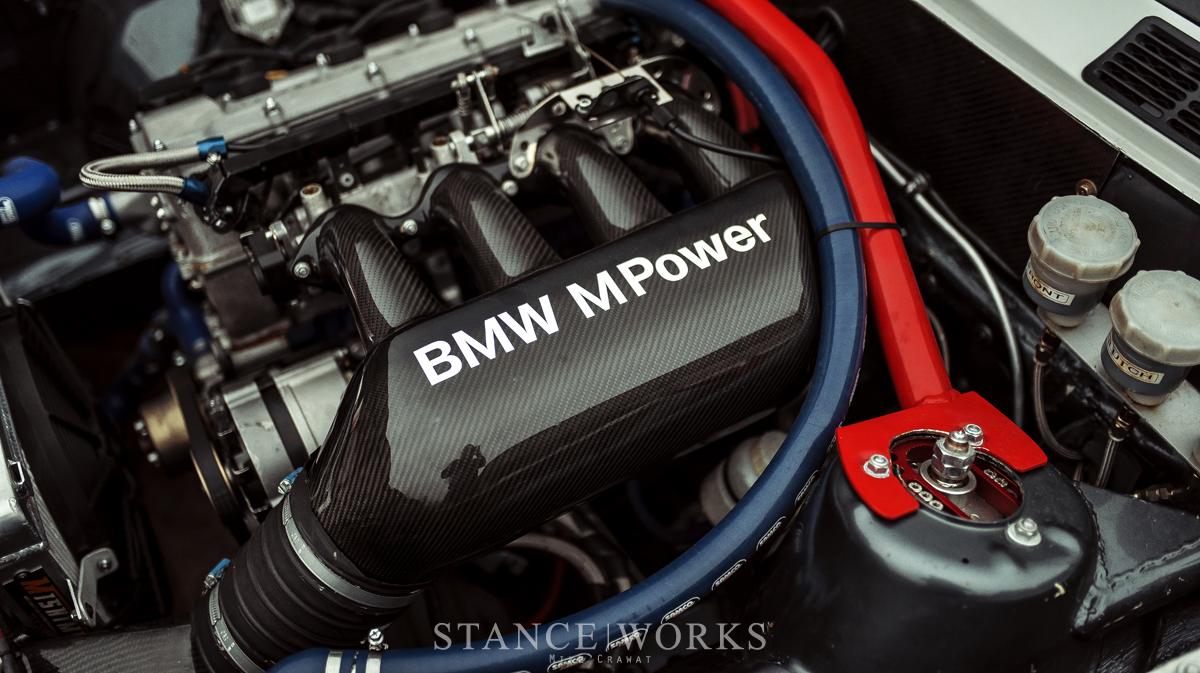 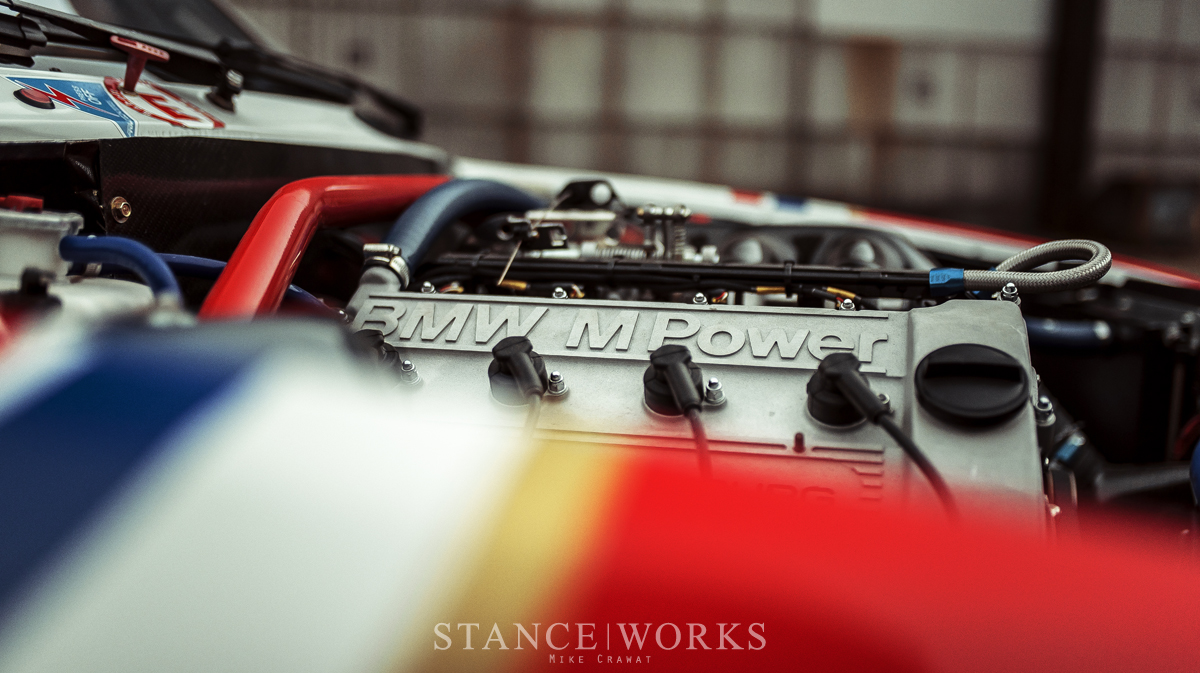 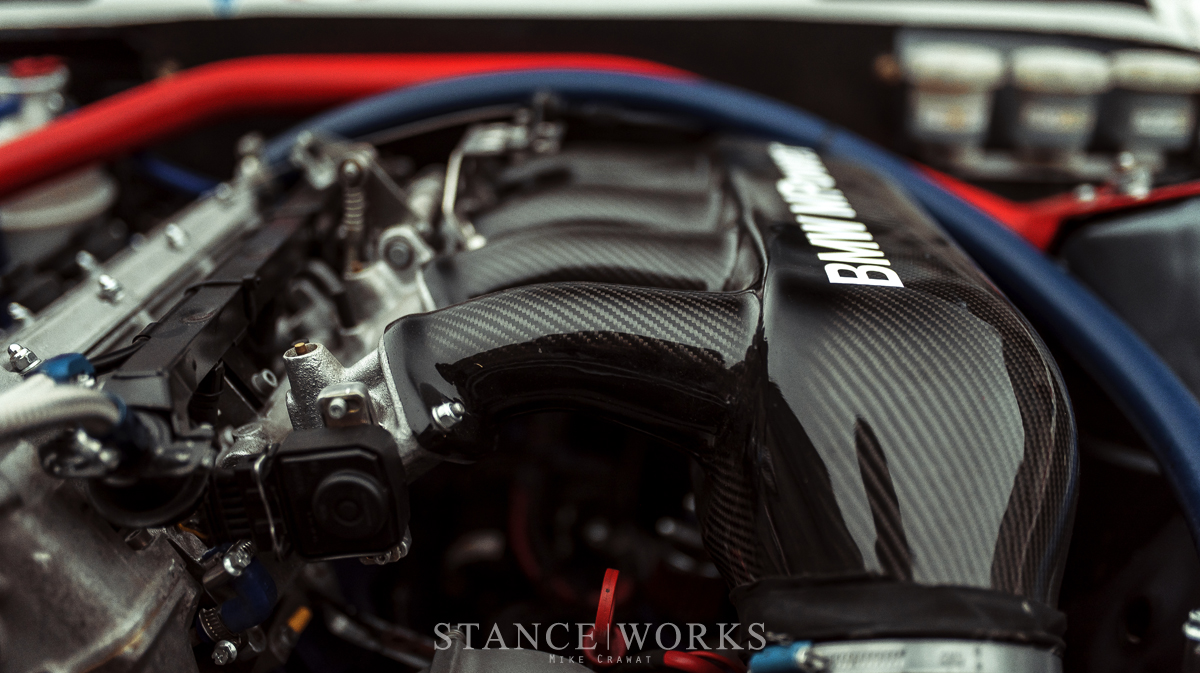 The underpinnings seem to align with the claim: custom Intrax 1k2 coilovers support the car, offering height and damping adjustment. For braking hardware, the back has been fitted with M6 rear calipers and 760li rear discs, while the front sports a 330mm AP Racing 4-piston upgrade, tucked behind AC Schnitzer 17" wheels. 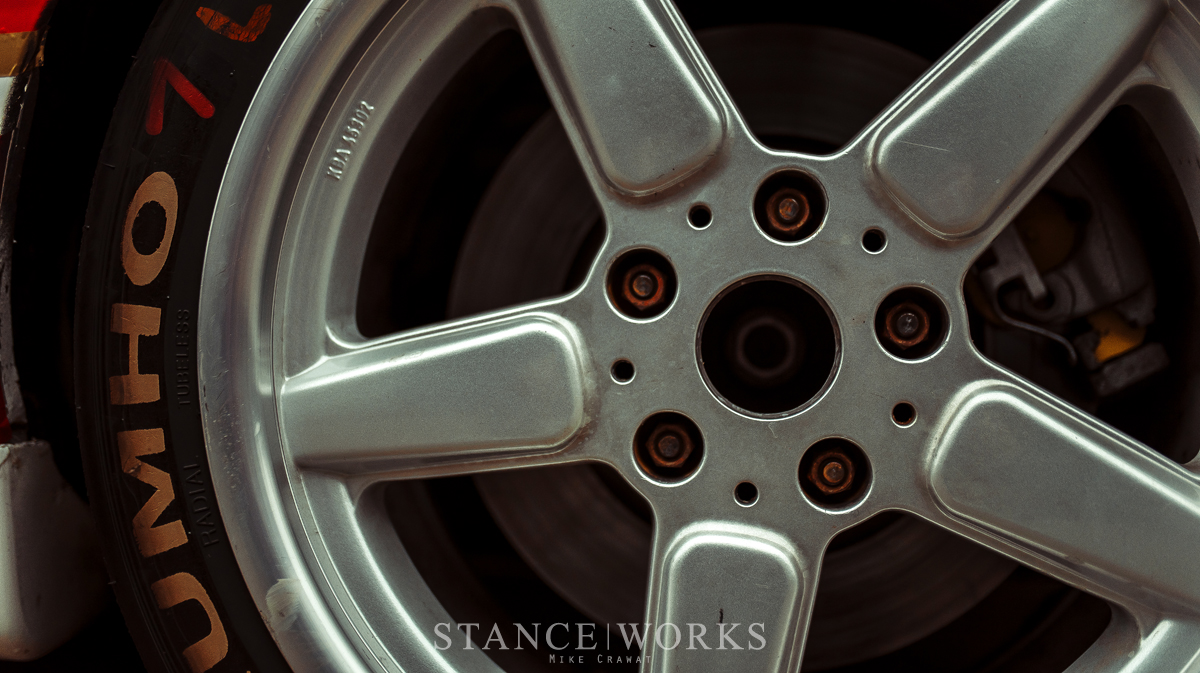 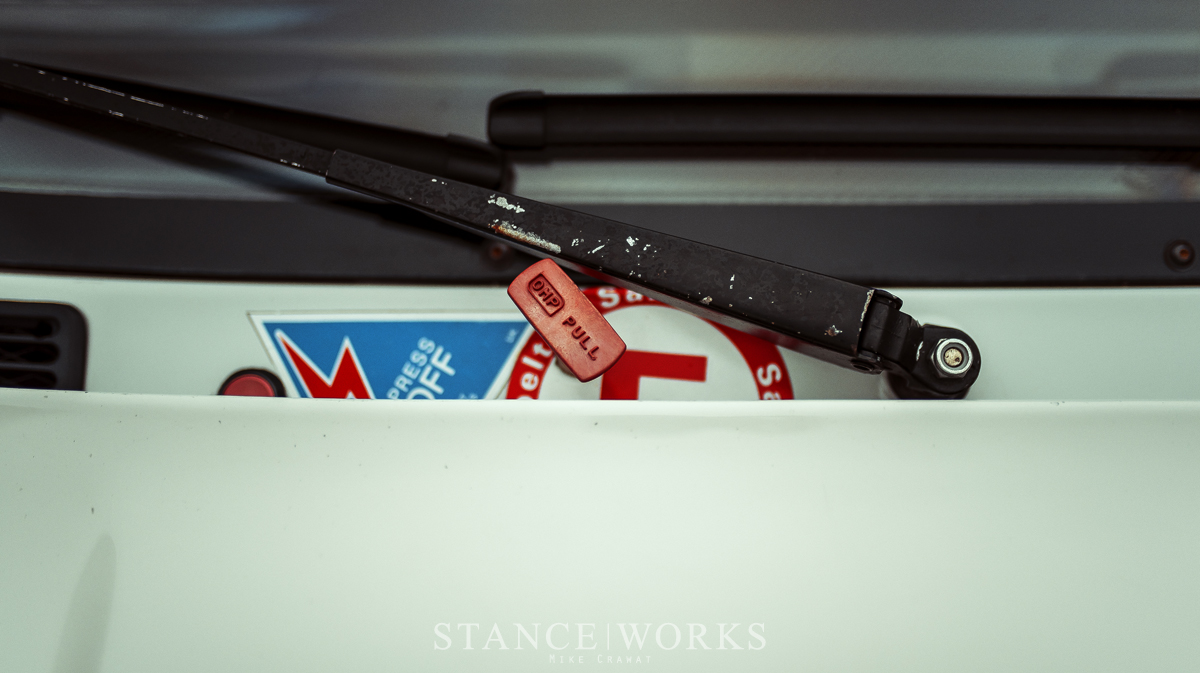 Inside, an OMP steering wheel and quick release give way to a modern AIM digital cluster, which has been mounted to a race-prepped carbon fiber dash board. A CAE shift assembly sits perched atop the trans tunnel, along with onboard fire suppression and brake bias control. A roll cage snakes throughout the car's barren black interior, leaving no creature comforts what-so-ever. 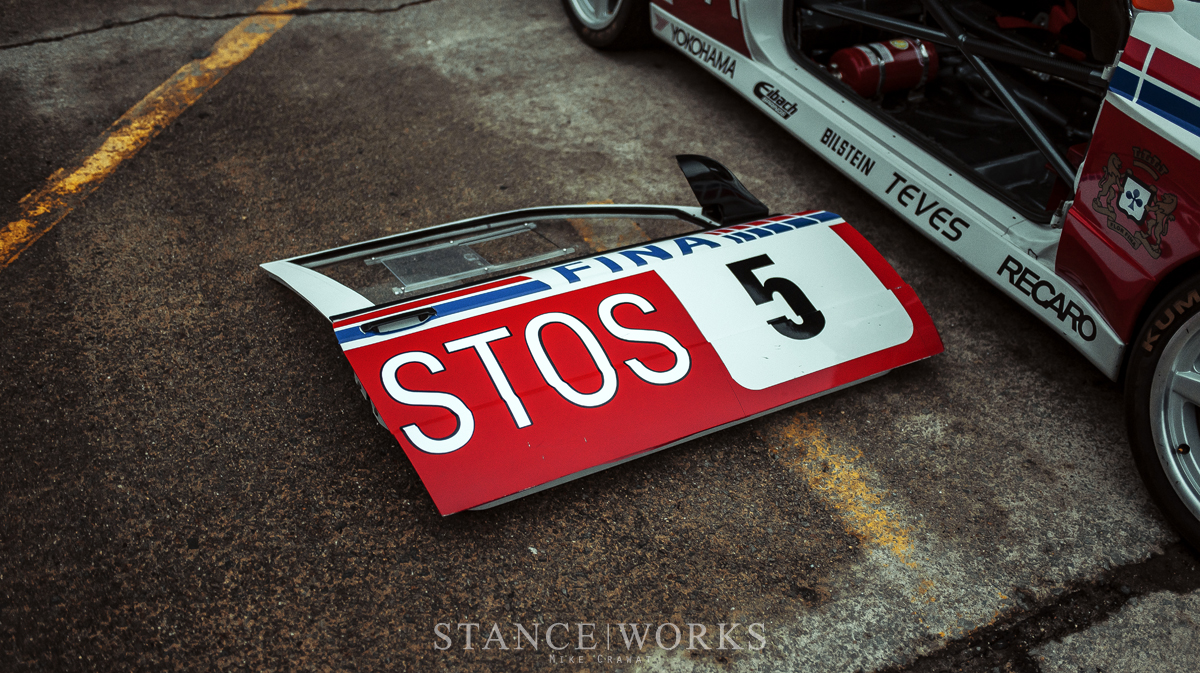 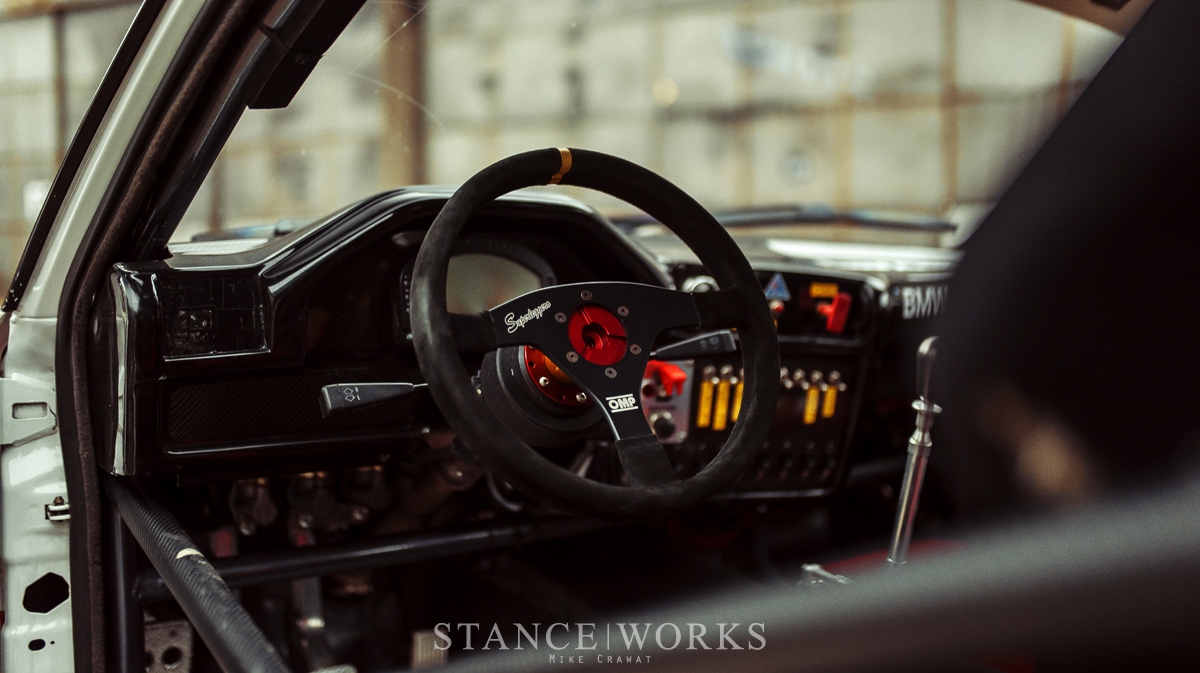 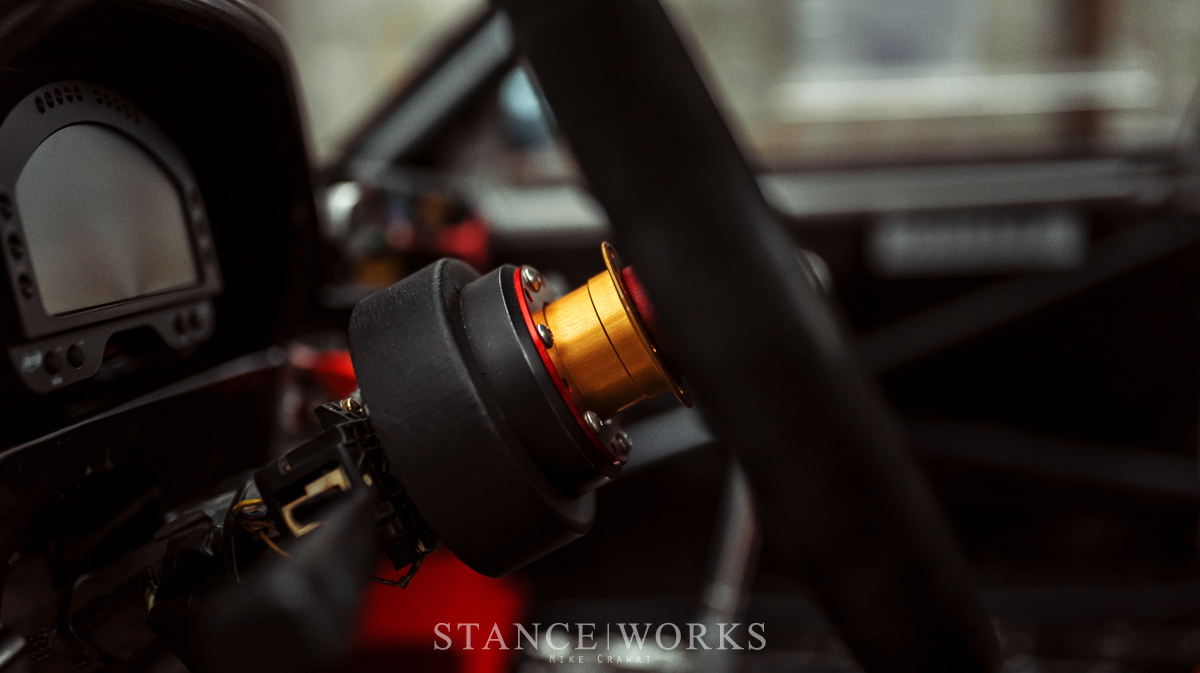 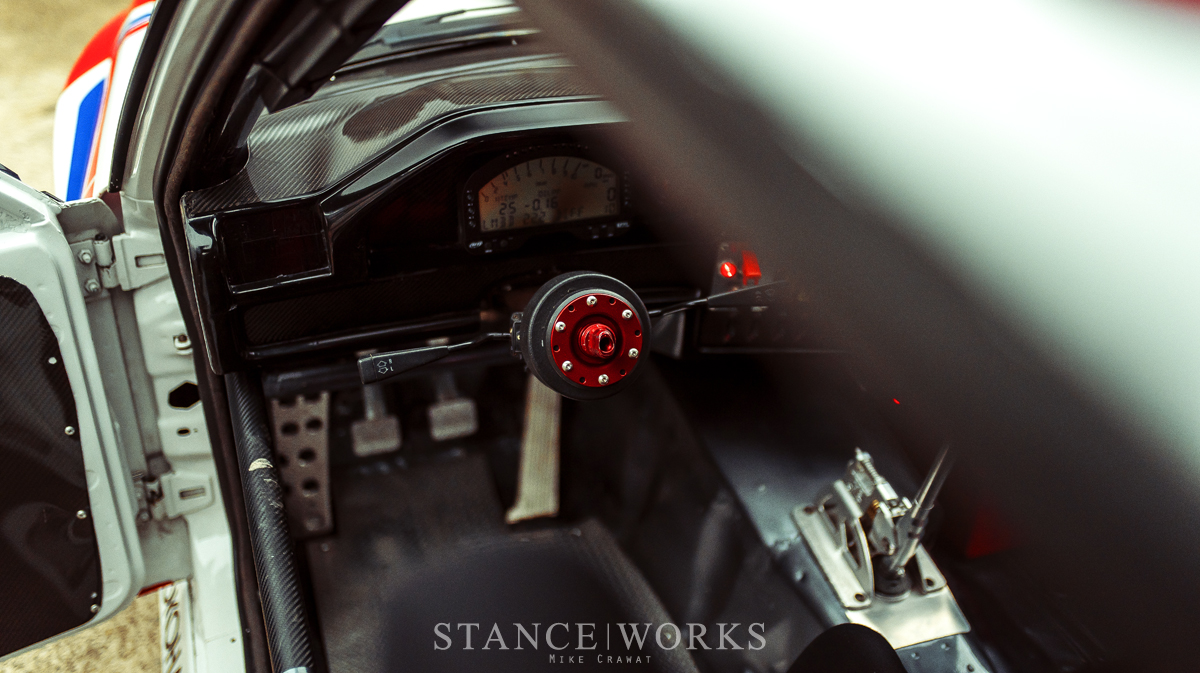 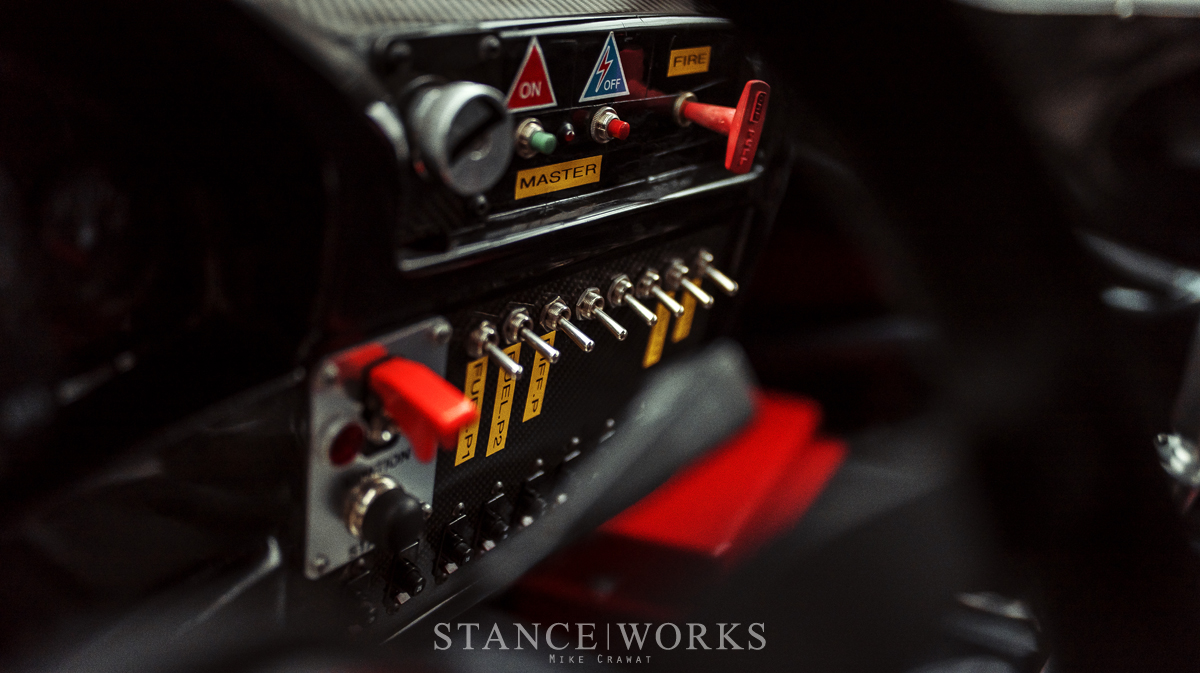 In an effort to keep the car's weight to a minimum, the doors, hood, bumpers, and boot lid have all been replaced with fiberglass counterparts, and the glass has been replaced with Lexan. Following fresh white paint, the car was then wrapped in the winning colors of the Bastos Nr.5 24 Hours of Spa-Francorchamps champion of 1992: fitting for the Belgian owner and its company. 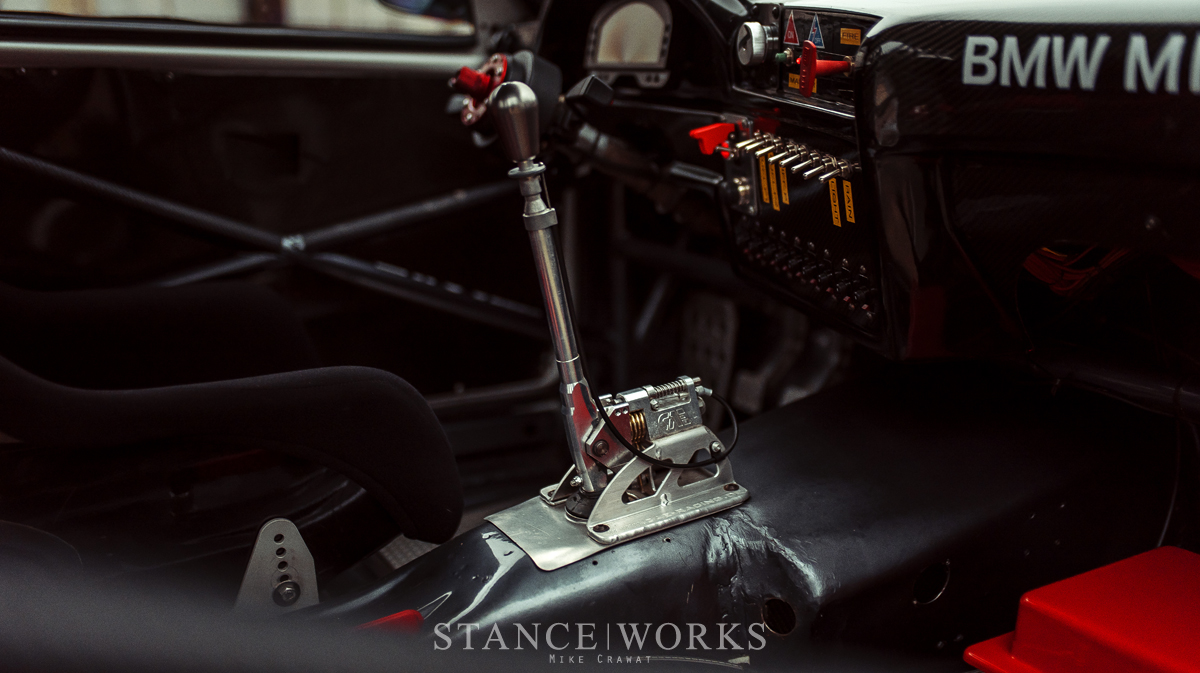 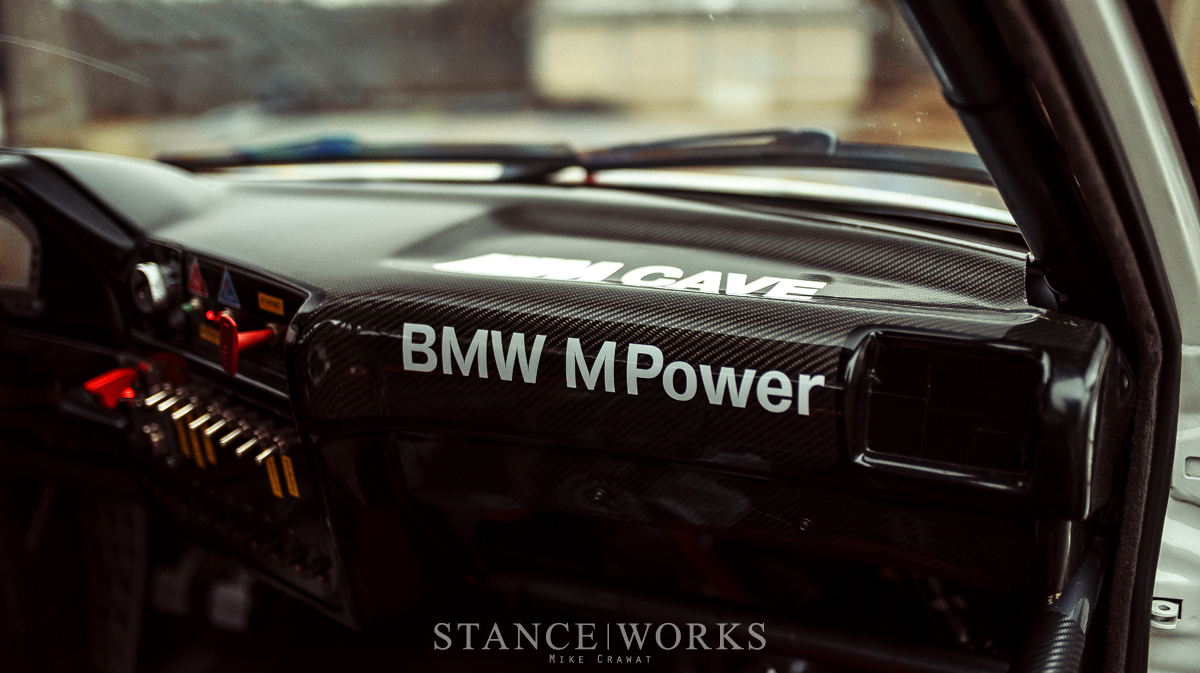 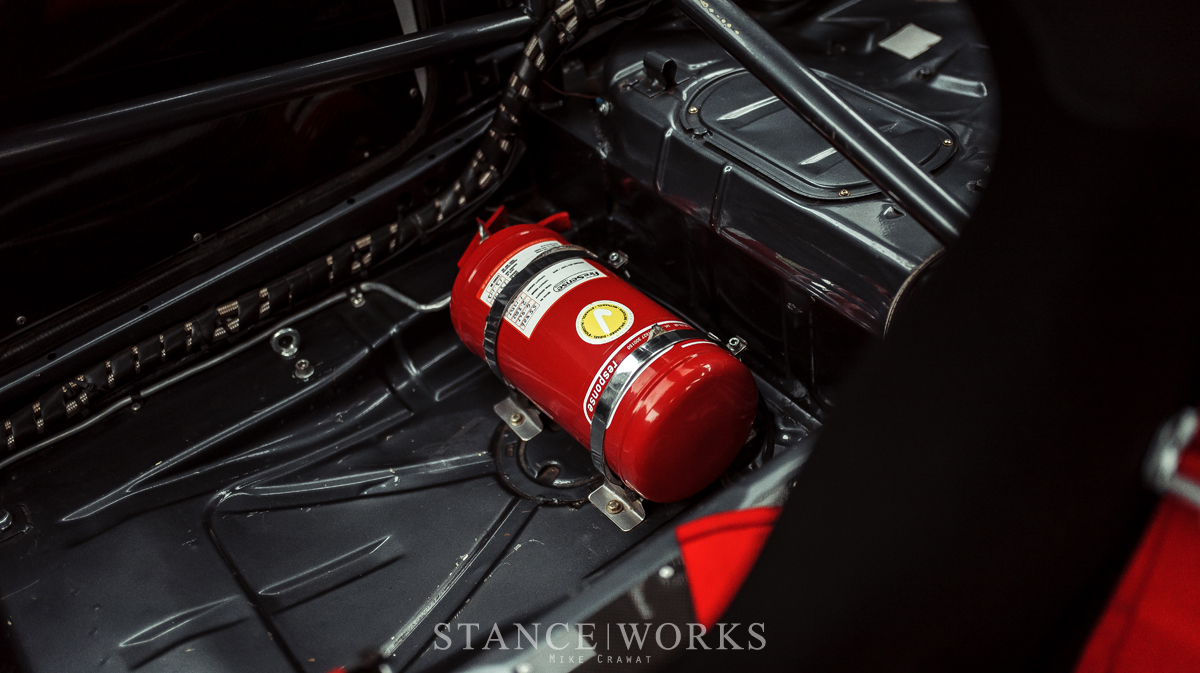 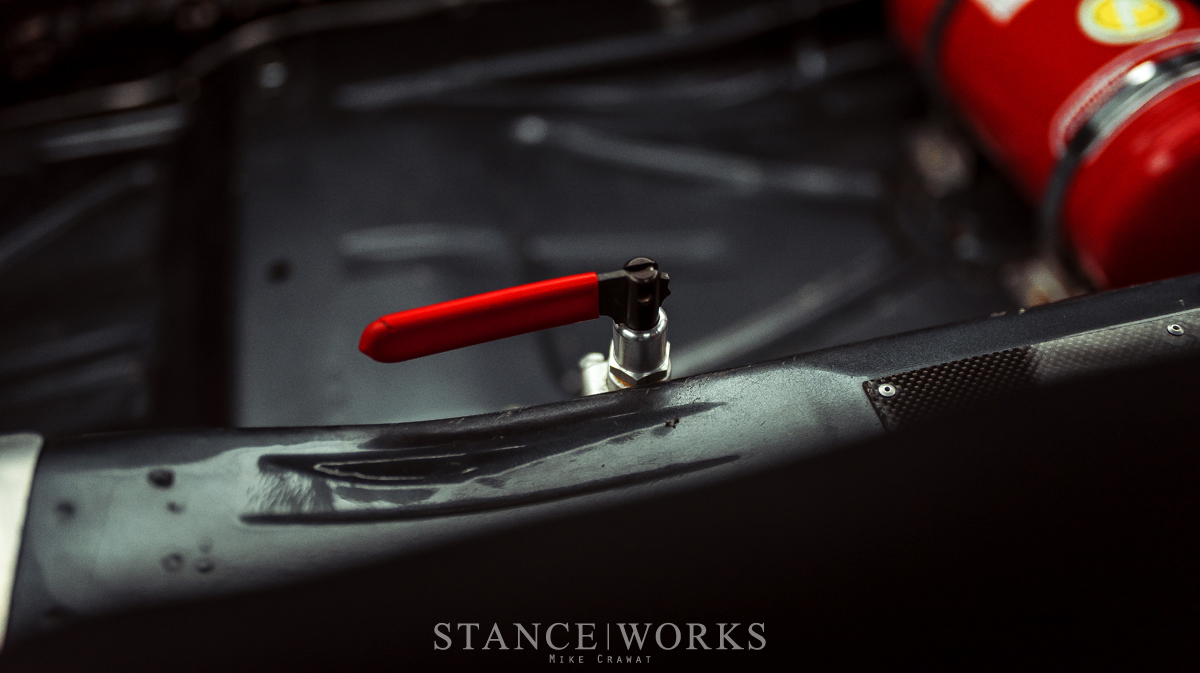 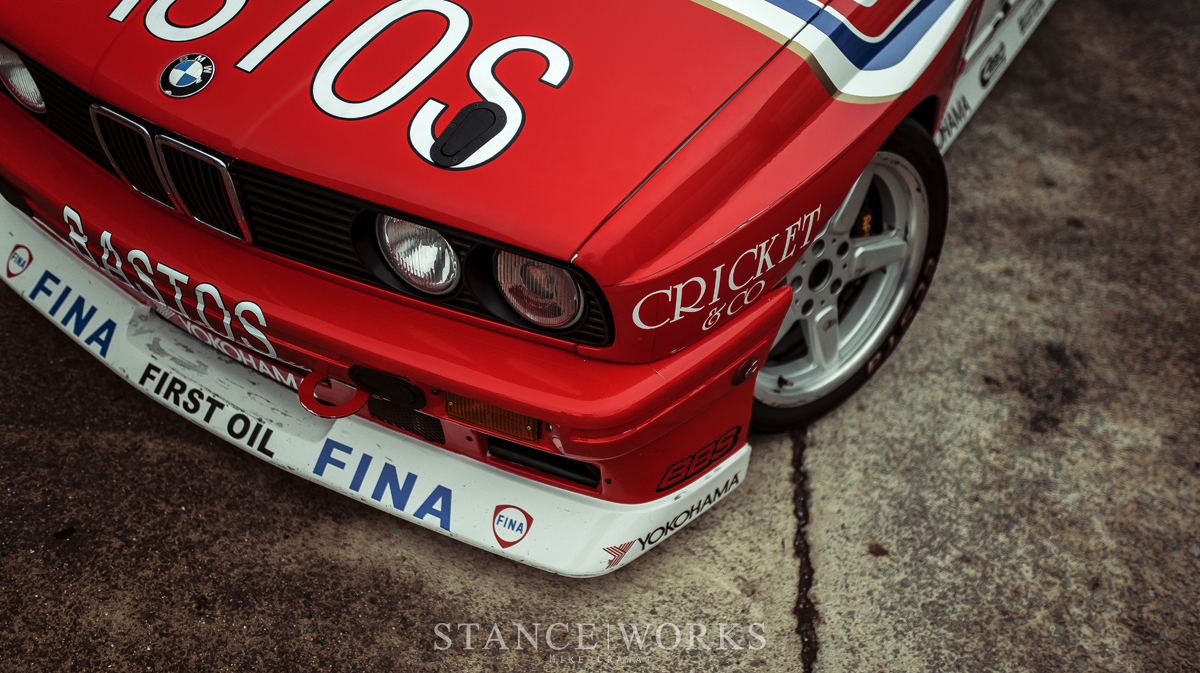 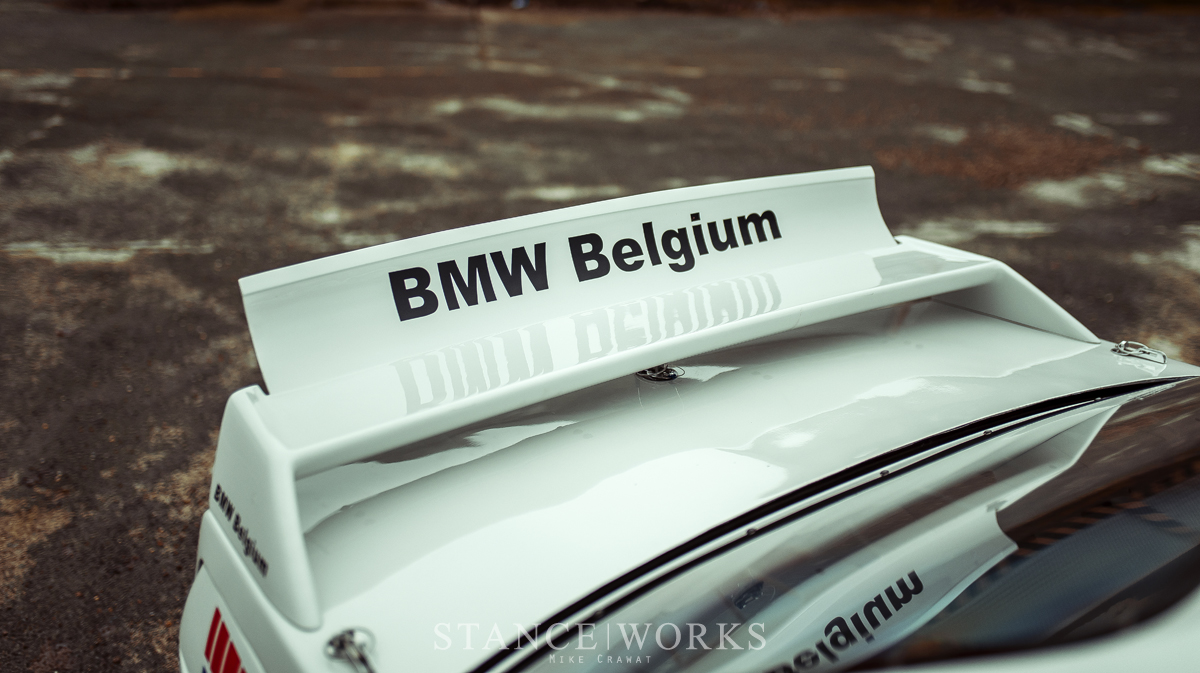 As the owner of M Cave, the car is wonderfully fitting for the collection. "We rent racing cars for people who want to gain a first circuit experience, or to companies who want to work on team-building." The company also supplies OEM BMW parts to enthusiasts in need: guys like you and me. For the Belgians out there looking for track time or parts, look no further.