Mike Burroughs
The idea to build a this 911 came to Markus Haub in 2013. After returning to his Porsche workshop to park cars for the winter, he found himself gazing upon an F-Model 911 in need of future restoration. With a desire to build a car meant solely for driving, with a sportier aesthetic than the F-Model was blessed with originally, he set out plans to build one, hoping to minimize the needed effort, budget, and time: a tall order for any 911 project, period. 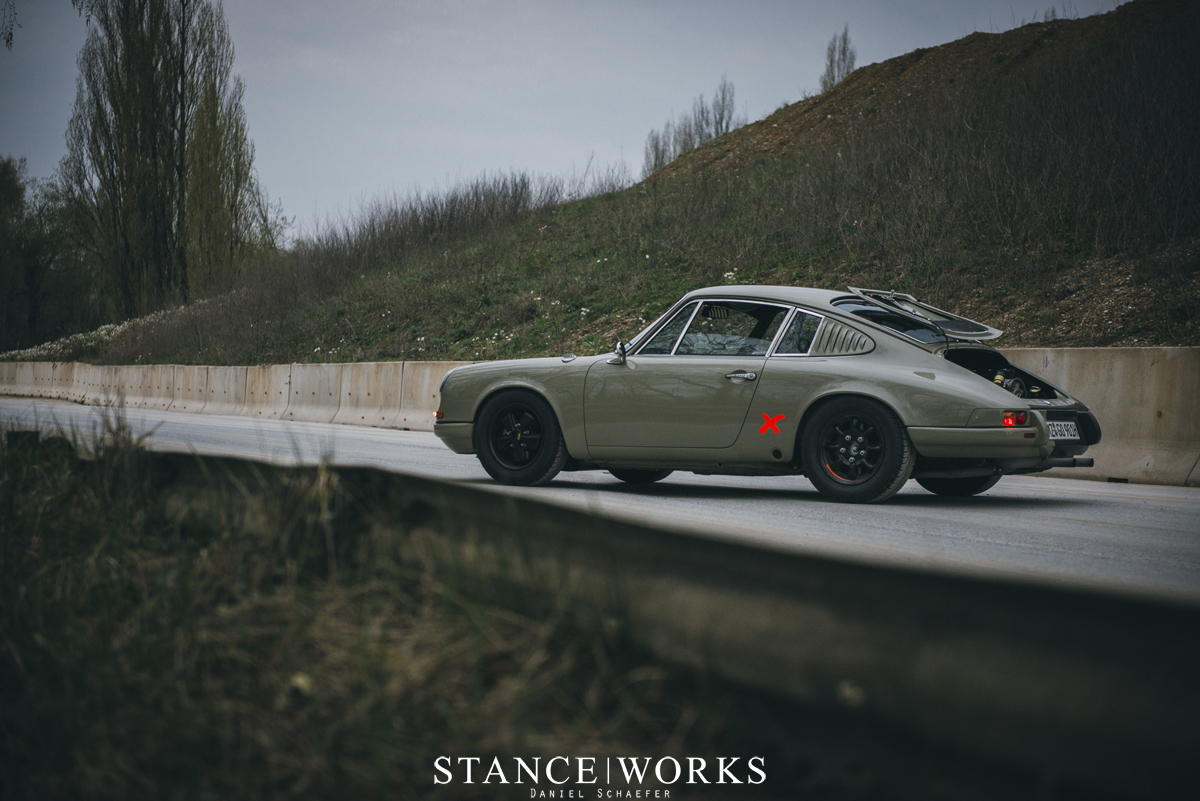 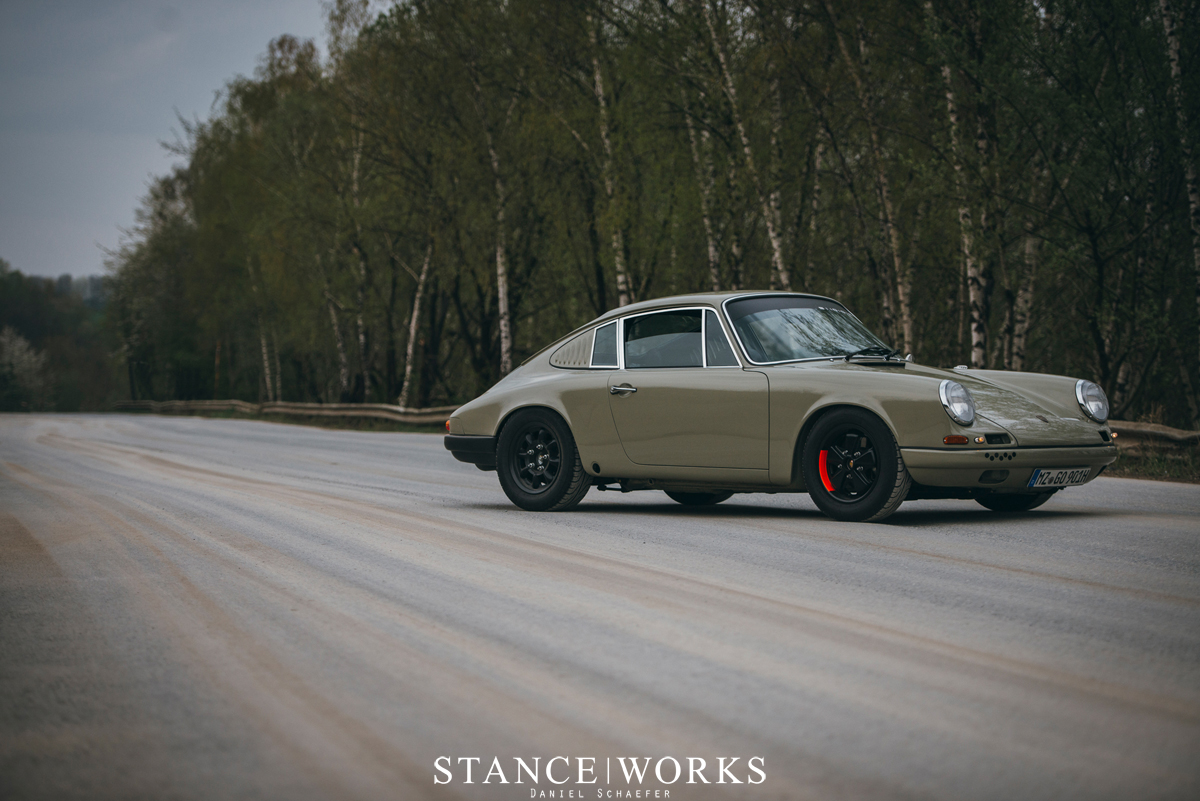 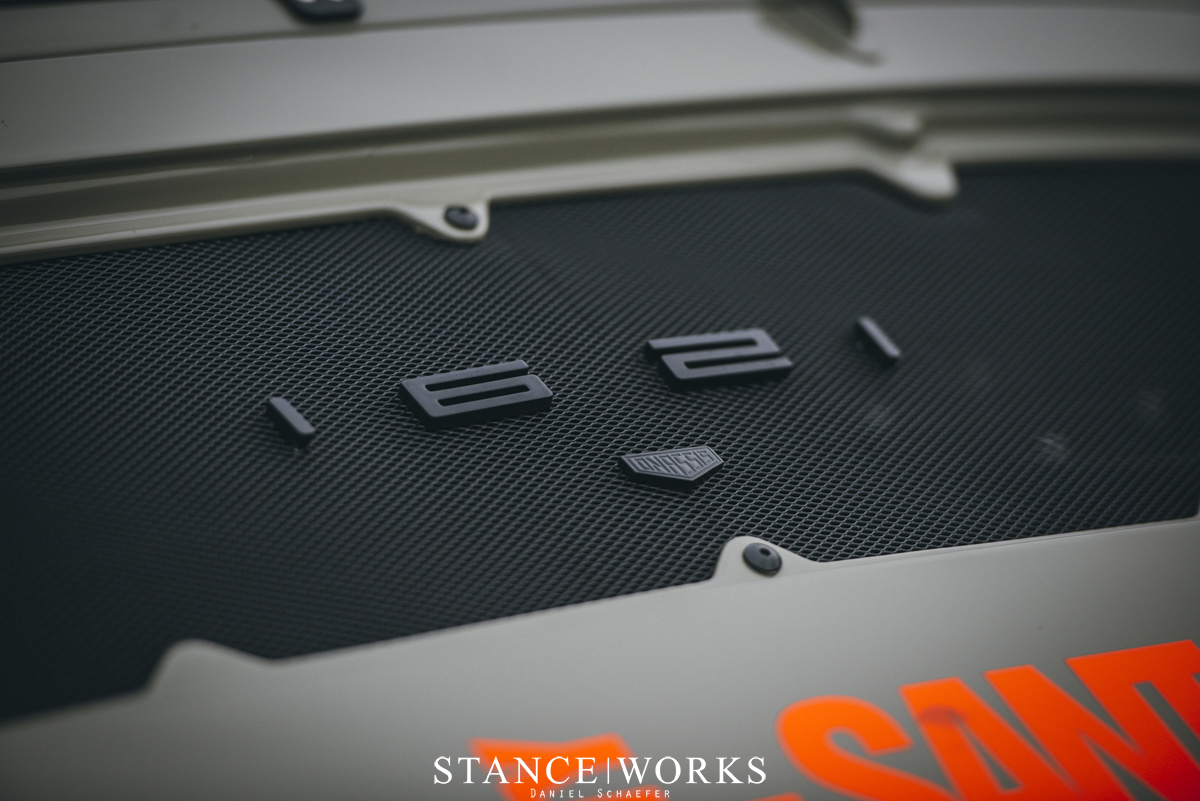 In the following months, Markus gathered imagery and began sketching out his plans, aiming to realize a vision within is head. "As a car designer, a distinctive look was very important to me. Color combinations, interior, seats, instruments. You cannot change a lot, but the few elements are enough to make it stand out from the 911 crowd," he says. Over the course a year, the plan continued to grow, and along with it, so did Markus's realization that he'd need far more budget and time than he had anticipated. His plans eventually entered the realm of a complete restoration, calling for professional help to bring it to life. The hunt began for a "goldilocks" car: one that was not too nice (read: too expensive) but not too far gone (read: too expensive.) 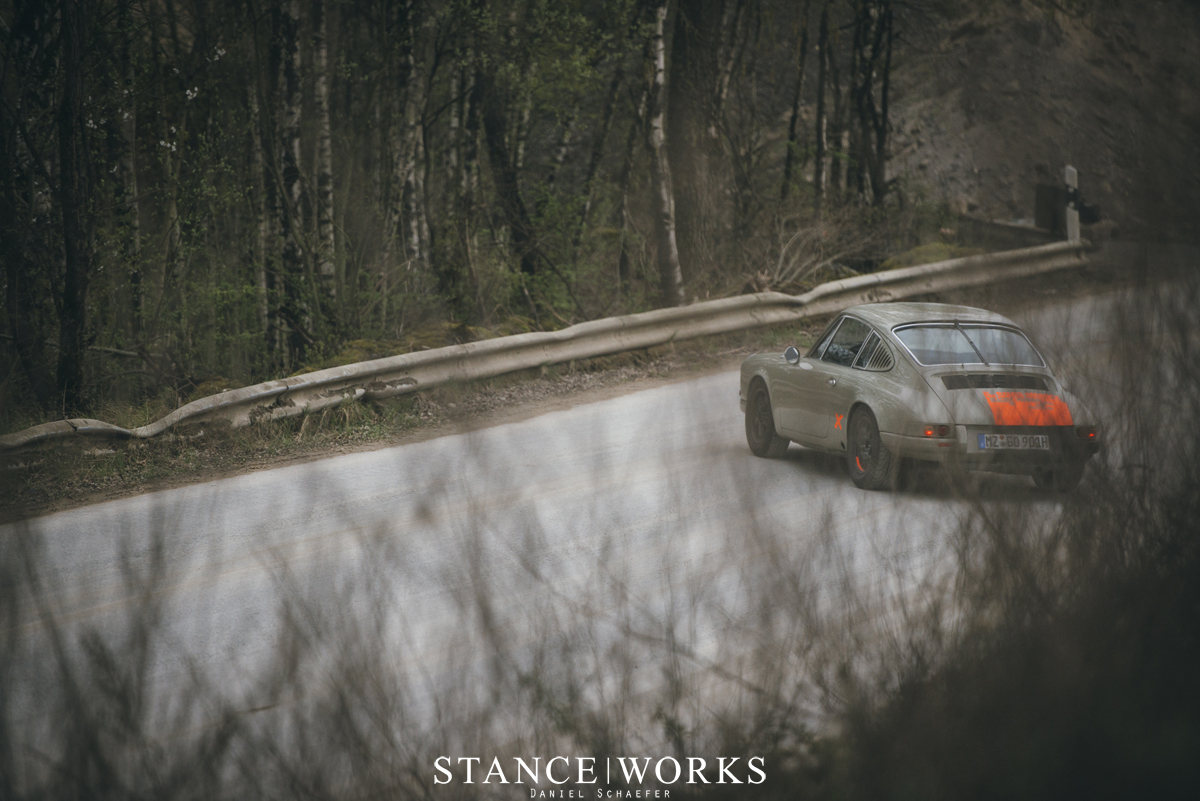 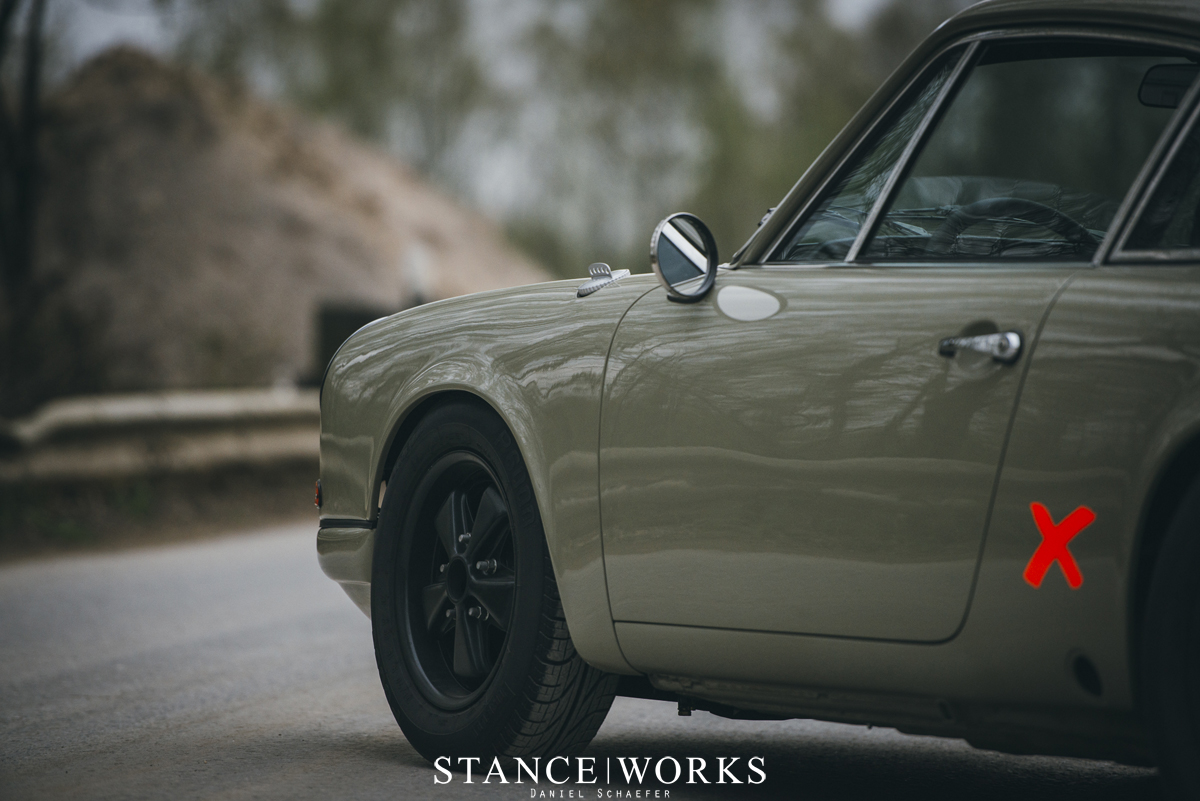 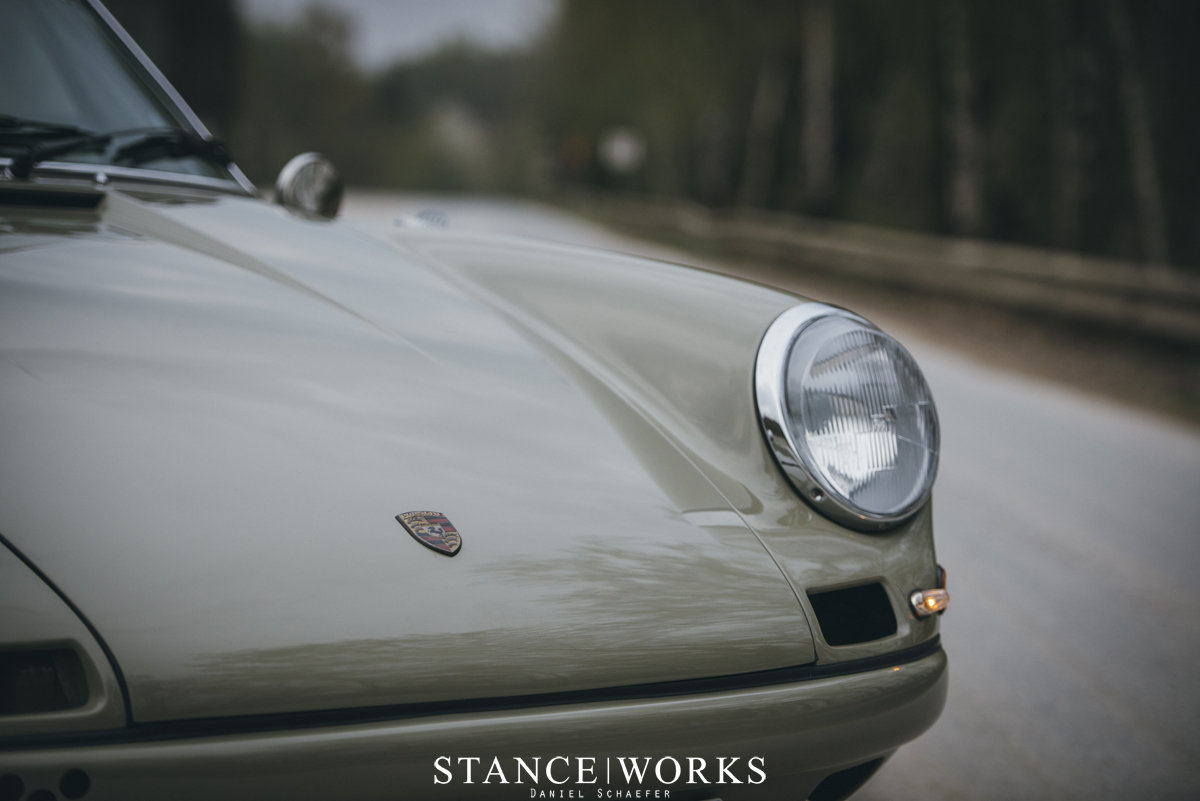 It was by chance that Markus discovered the Onassis Porsches Agency. Markus was quick to reach out to Tom Geadke to ask for help on his project, seeing as Tom was well and readily connected within the custom Porsche world. After a long phone call between the two, Markus felt confident in Tom's understanding of the build at hand, and the two prepared a meeting at Classic Boxers, the shop of Daniel Schaefer, formerly featured on StanceWorks. 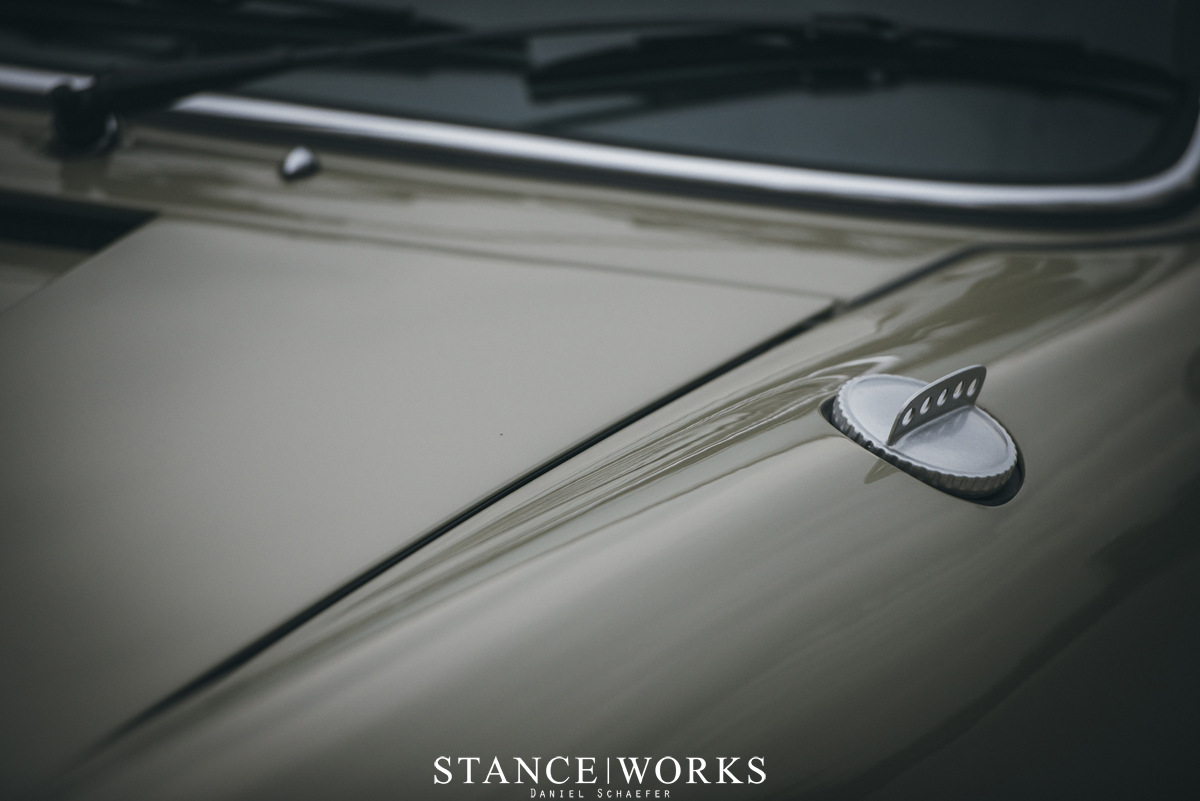 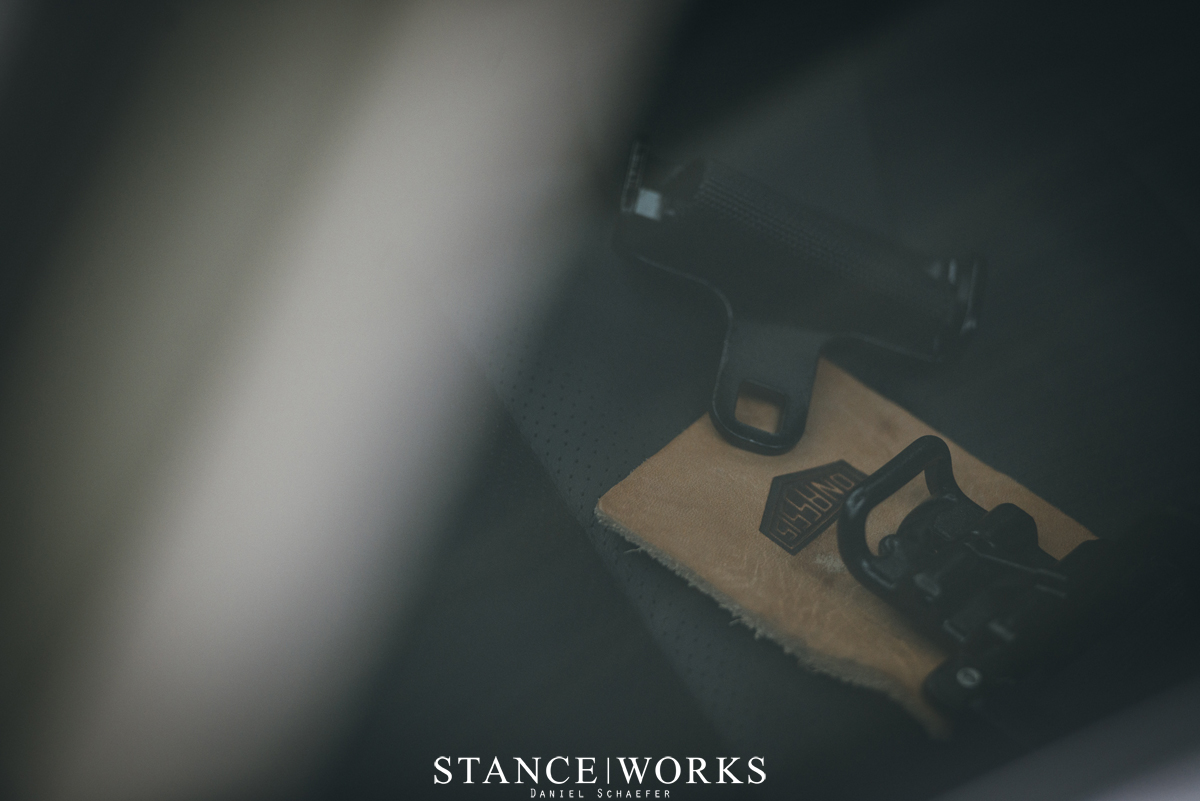 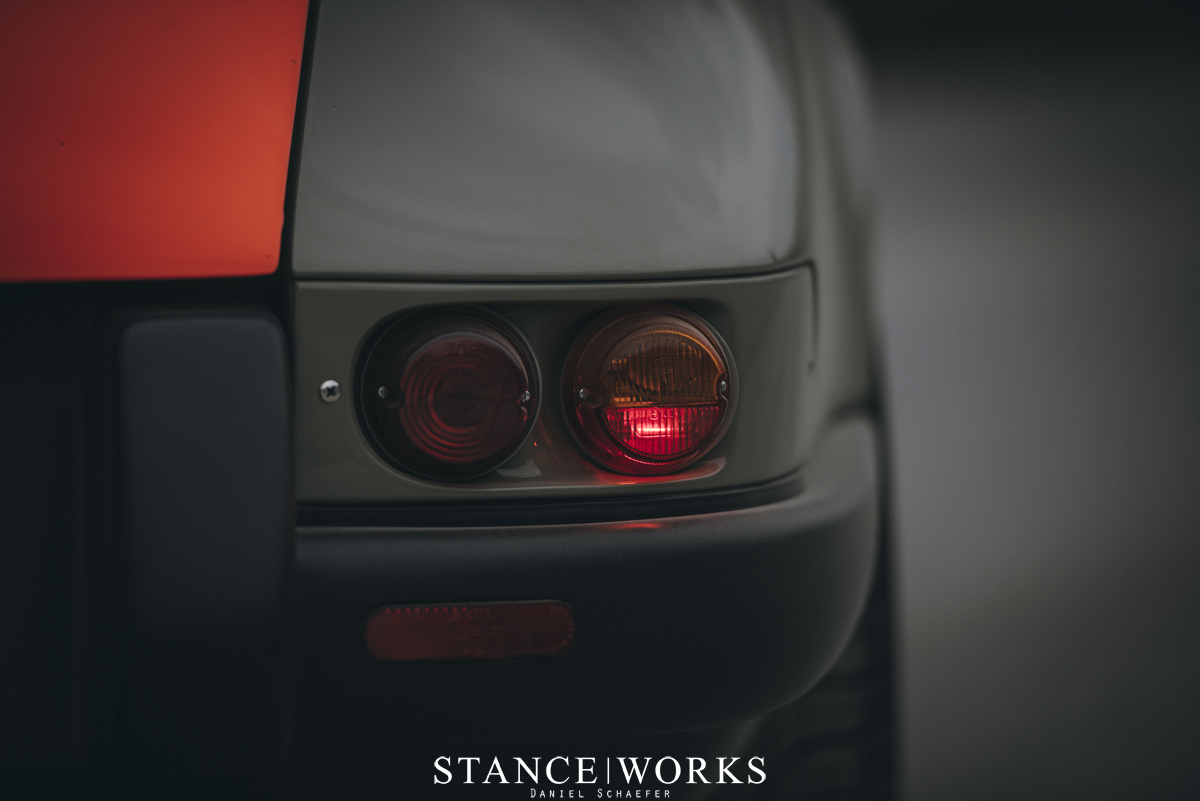 "I brought my big inspiration-book with me, full of photos of  911s and various custom details," Markus explains.  "In the end of the meeting  I had shown a few of my sketches to visualize the look of the car. Some things were 'must haves' for me: The car should be an F-model with a narrow body, painted in the color "stonegrey" and at on the rear I wanted to have a bright red graphic. In addition to this, Gfk mudguards and rear lights in the look of the legendary "911R" and some unique details to make the car unmistakable." Clearly, Markus had put together a very concise and detailed plan of what he wanted. To be clear, lightweight construction and maximum power were never the goal for Markus's vision. Instead, he wanted a machine that celebrates the spirit and purity of early racing Porsches. "In the meeting I was very impressed by the perfectionism of the work they do and I felt the excitement between us and I realized that I found the right team in Tom and Daniel. We got along very well and we agreed to start the adventure." 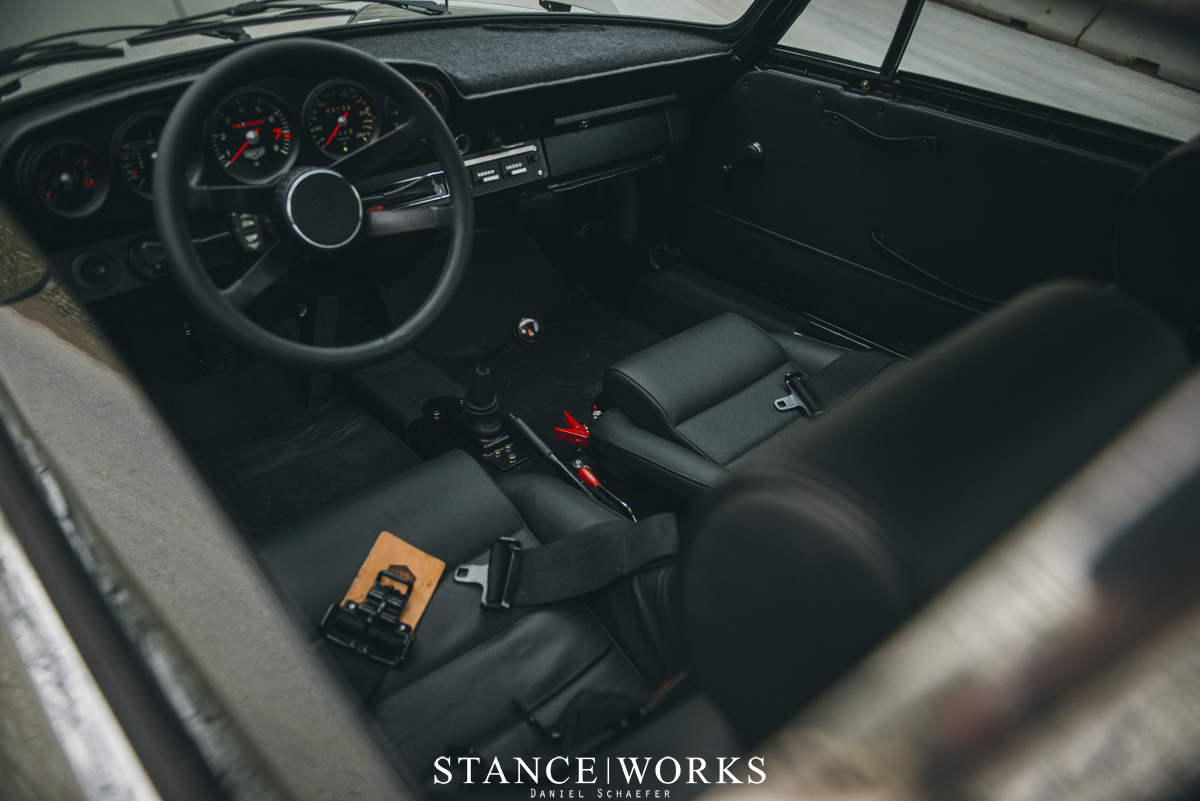 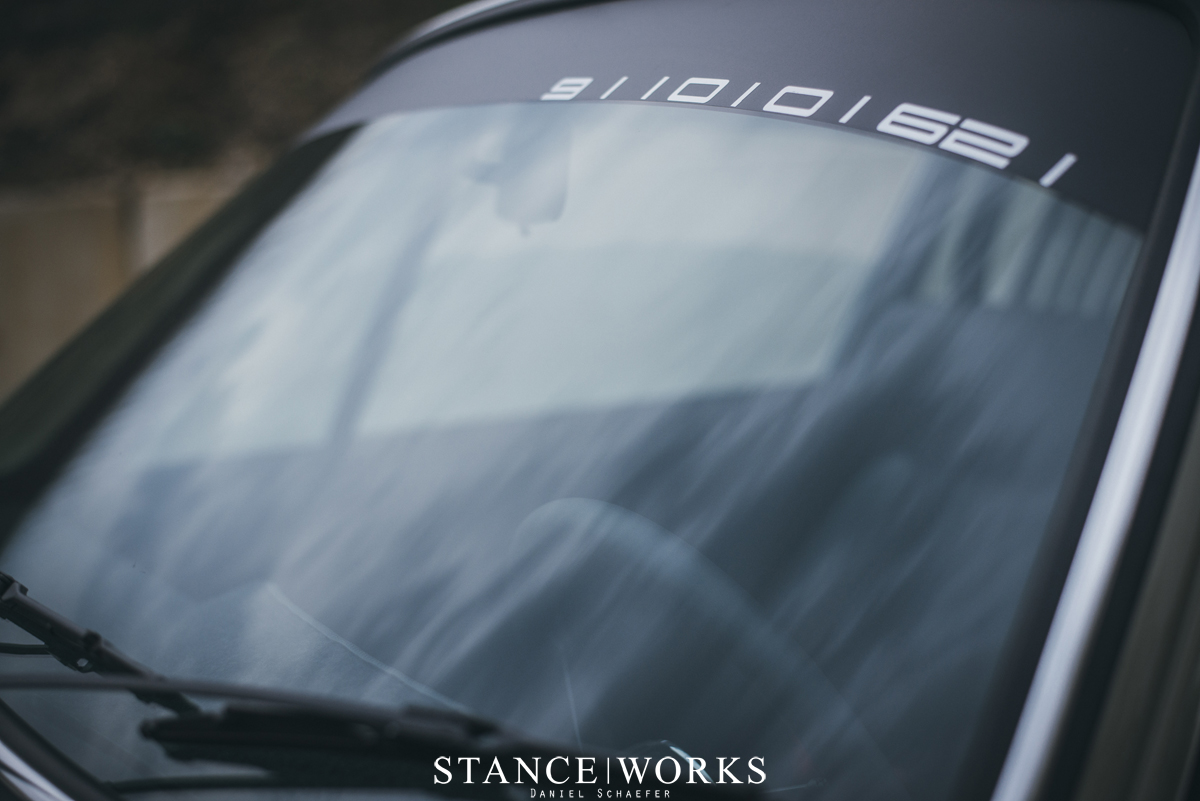 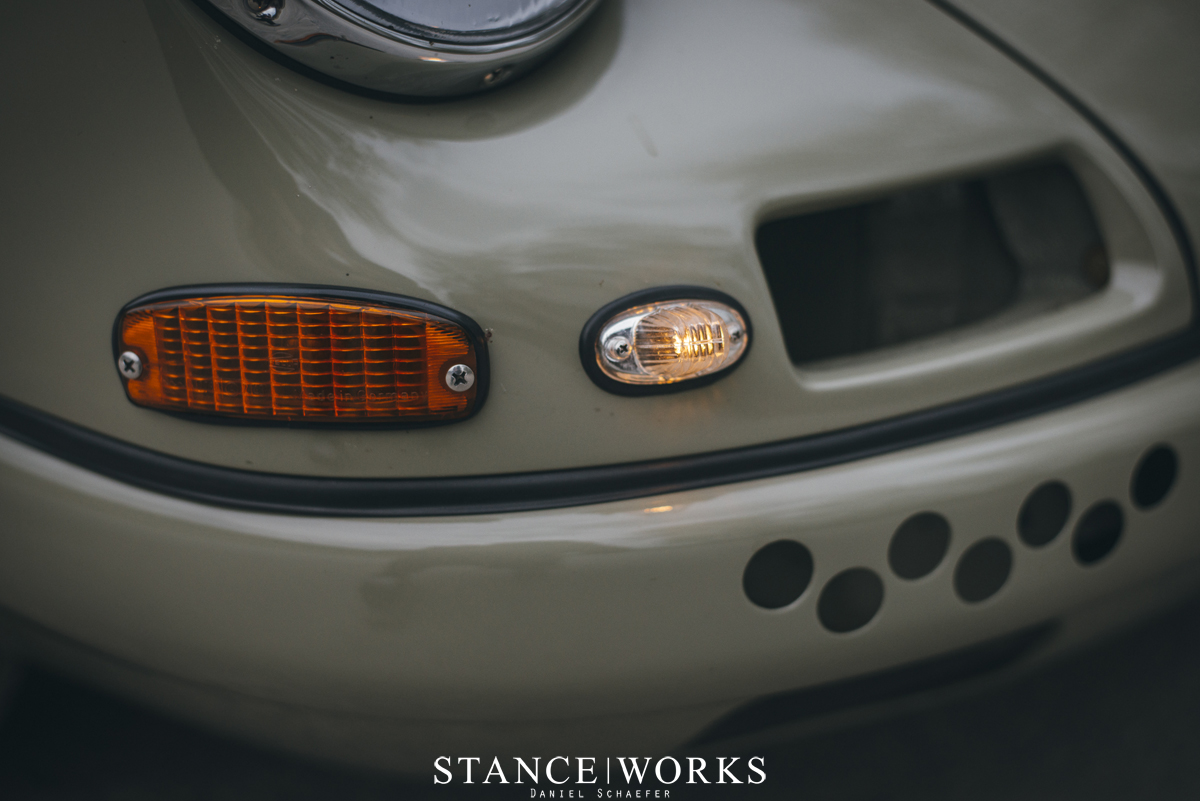 It didn't take long for Markus to find the right donor car, just outside of Frankfurt. While the example didn't run, it was an accident-free, nearly rust-free complete US car from 1970. The car was brought back to Germany in the mid 1990s, but was never returned to the road, and had been sitting since.  Markus explains, "the history was completely unknown. Our only hint was a parking receipt from Santa Monica, California in the air vents. "Beach Parking, all day, $3." This relic inspired me for the the graphics on the engine bonnet." 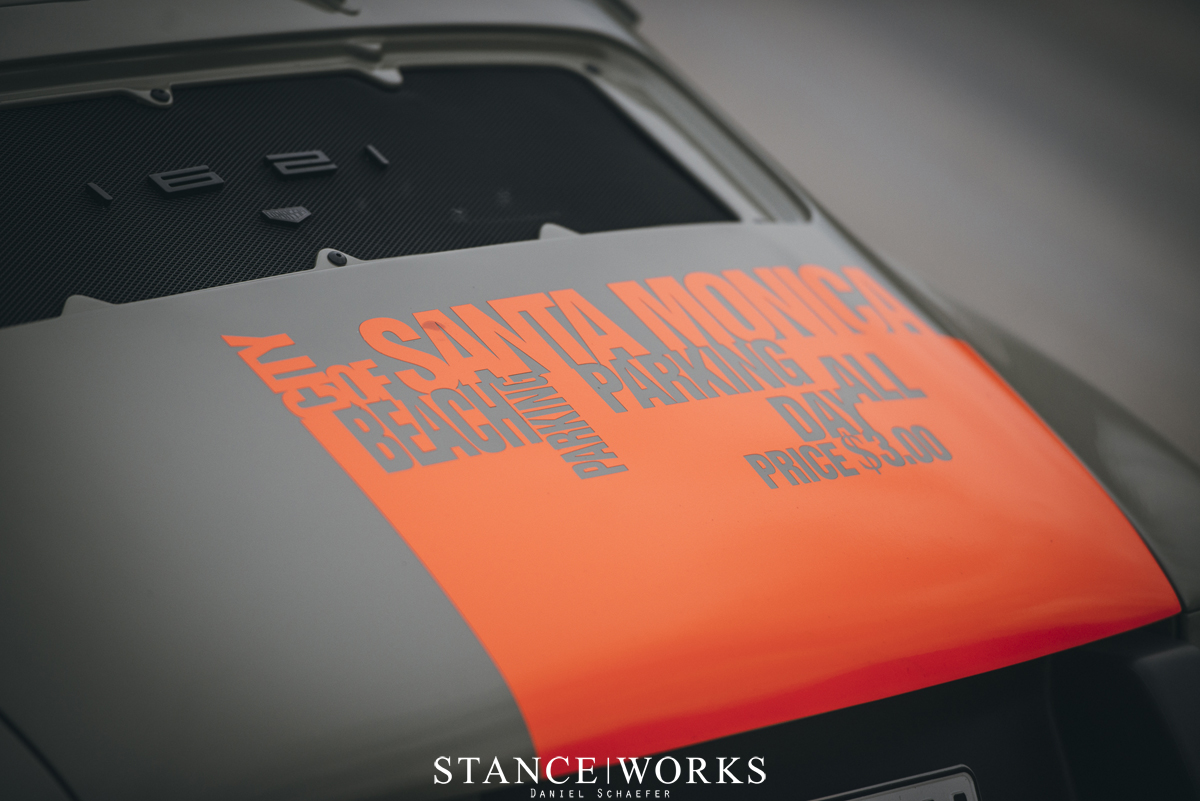 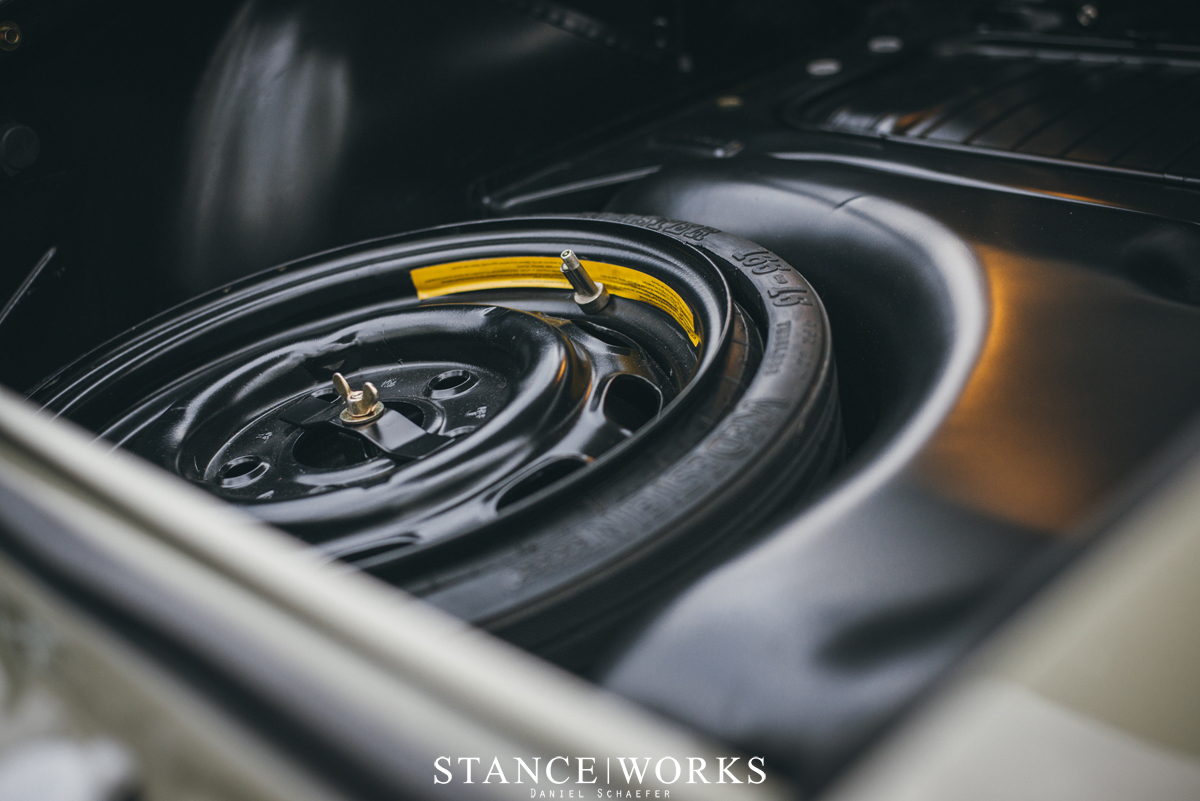 The project began in July of 2015, with complete disassembly taking place in the following weeks. As parts of the car were removed, anything unusable was replaced by fresh components. As the build approached the driveline, attention turned to upgrades: the original 4-speed transmission was replaced by a 5-speed unit with a differential lock and a Wevo short shifter. The engine was completely rebuilt by Matthis Hoeing in Hamburg, and expanded from 2.2 liters to 2.4 liters.  Equipped with carburettors and "Kremermodifikation" to the crankcase, it now produces right around 200 horsepower. 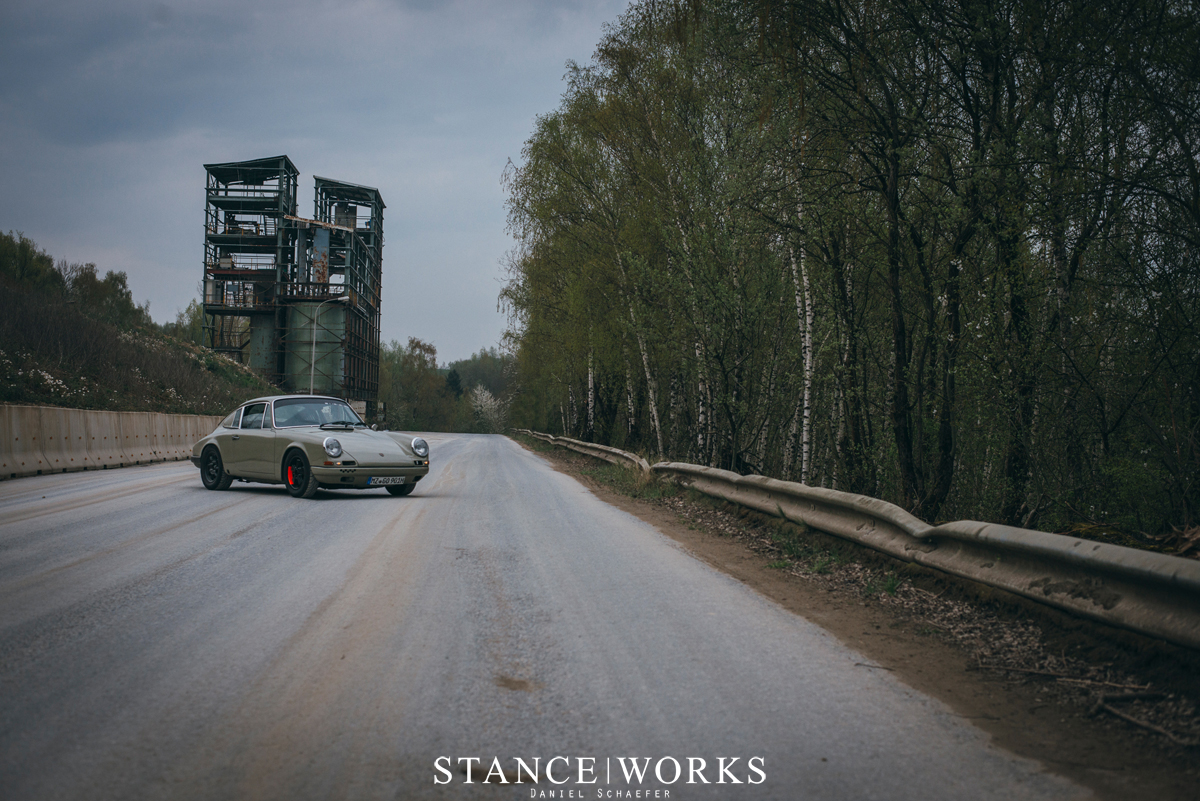 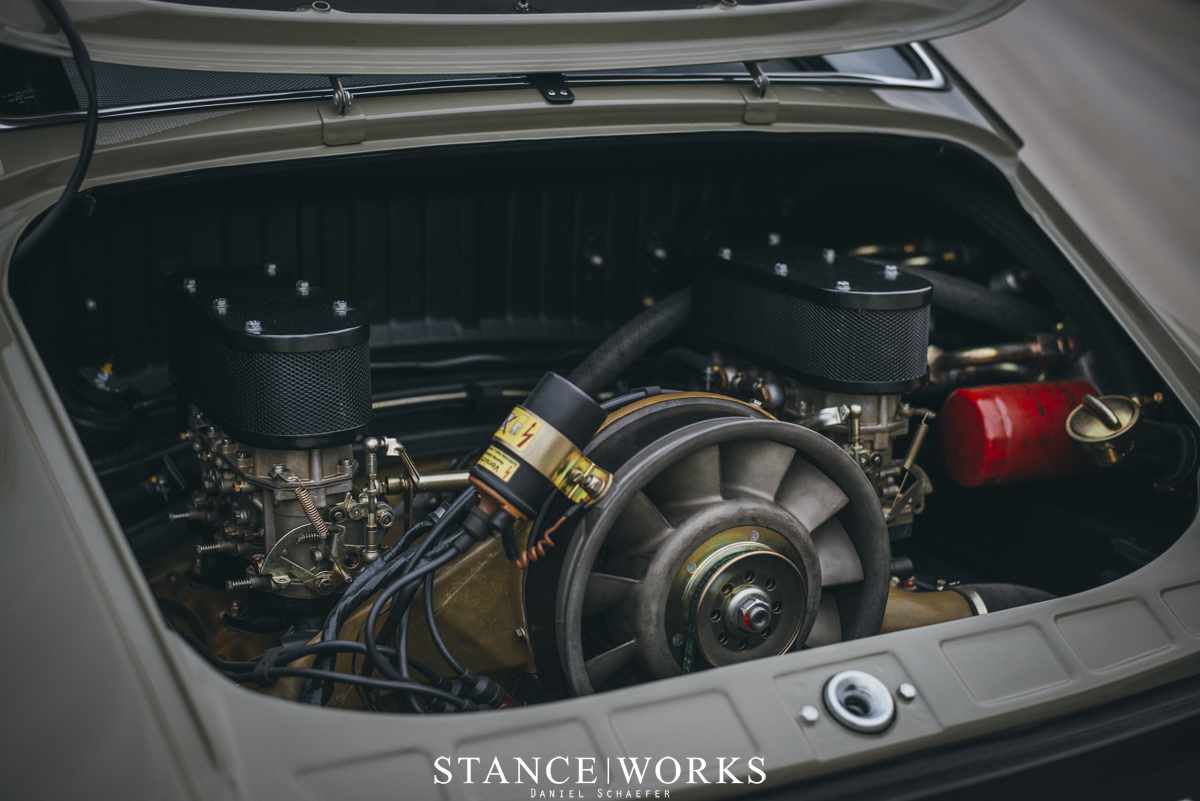 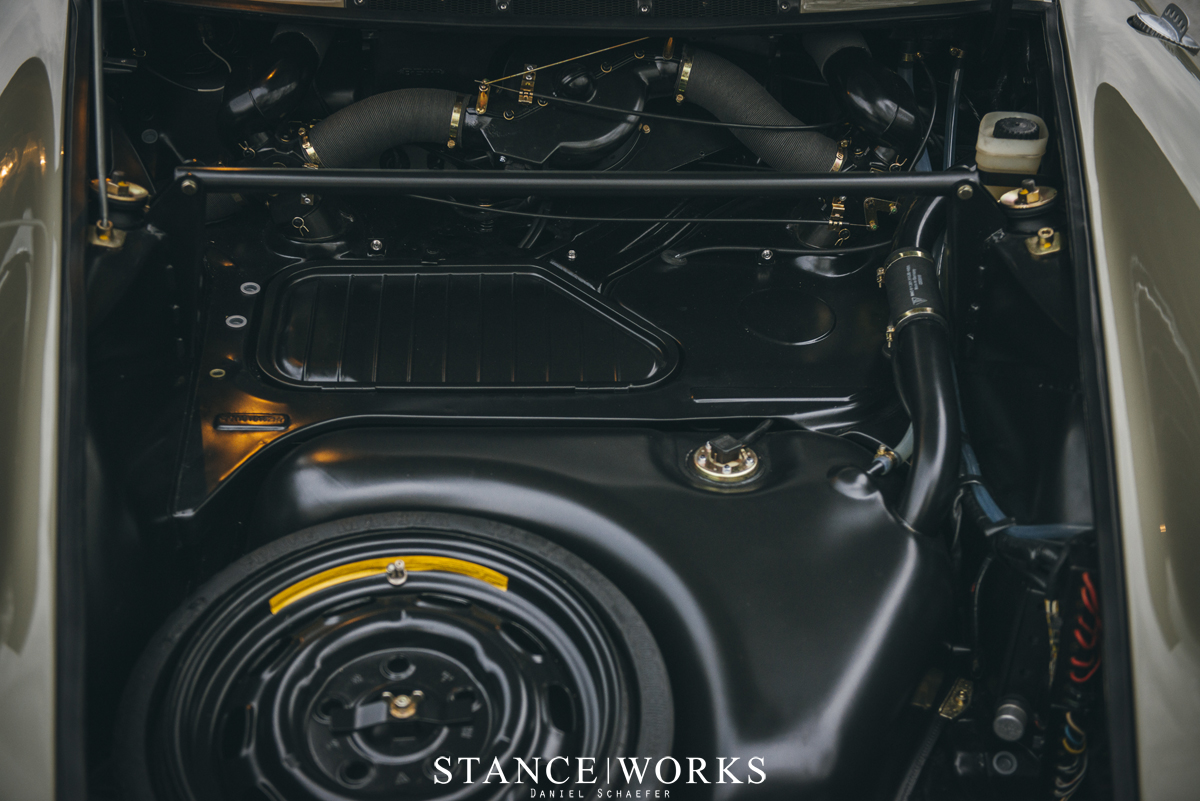 "The paintwork took a lot longer then planned," Markus laments.  The color is stone grey (paint code 7510), which is originally a 356 color, but was available as “special paint” for the 911 in 1966/67.  Markus's idea was to give the car a very simple but unique look, incorporating some  details of his own in the interior and exterior. "The customized instruments with the modified rev-meter and clock dials,  the round fuel-cap in the fender and the rear side window for example. This recalls the very first camouflaged 901 Prototype from 1963, which had a split glass-metal window." 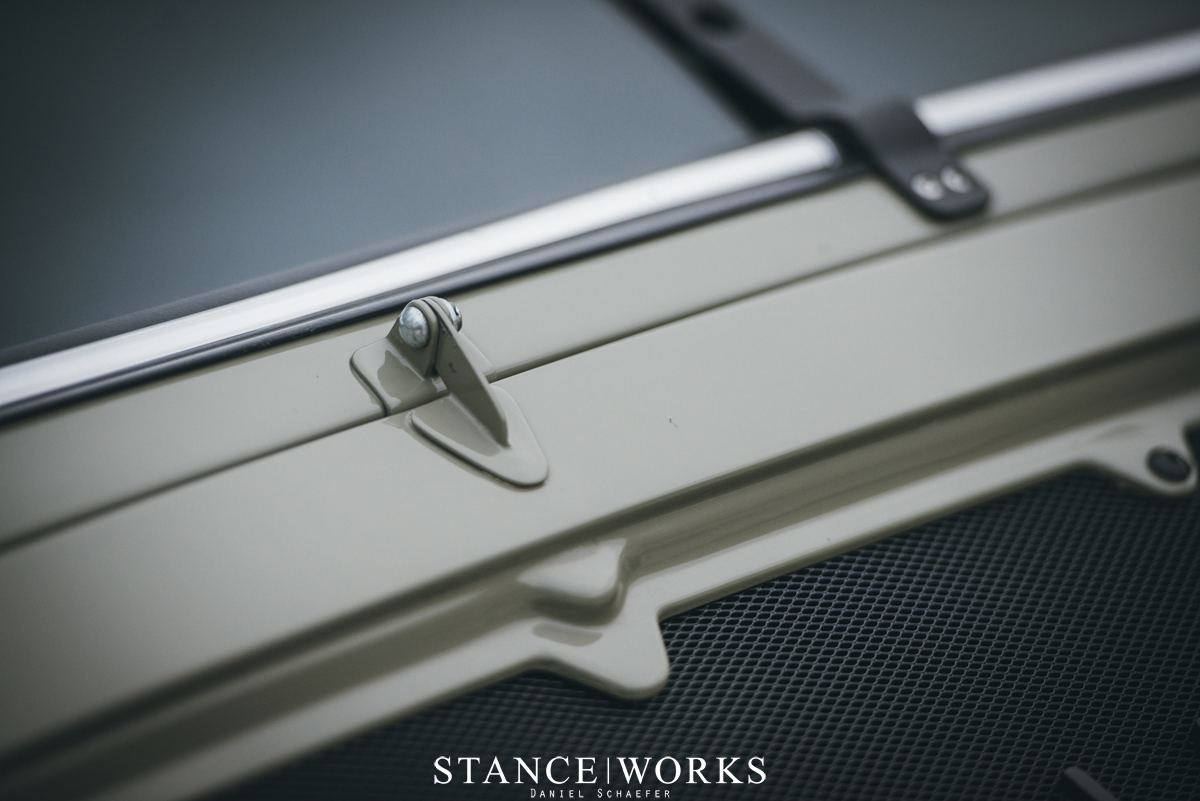 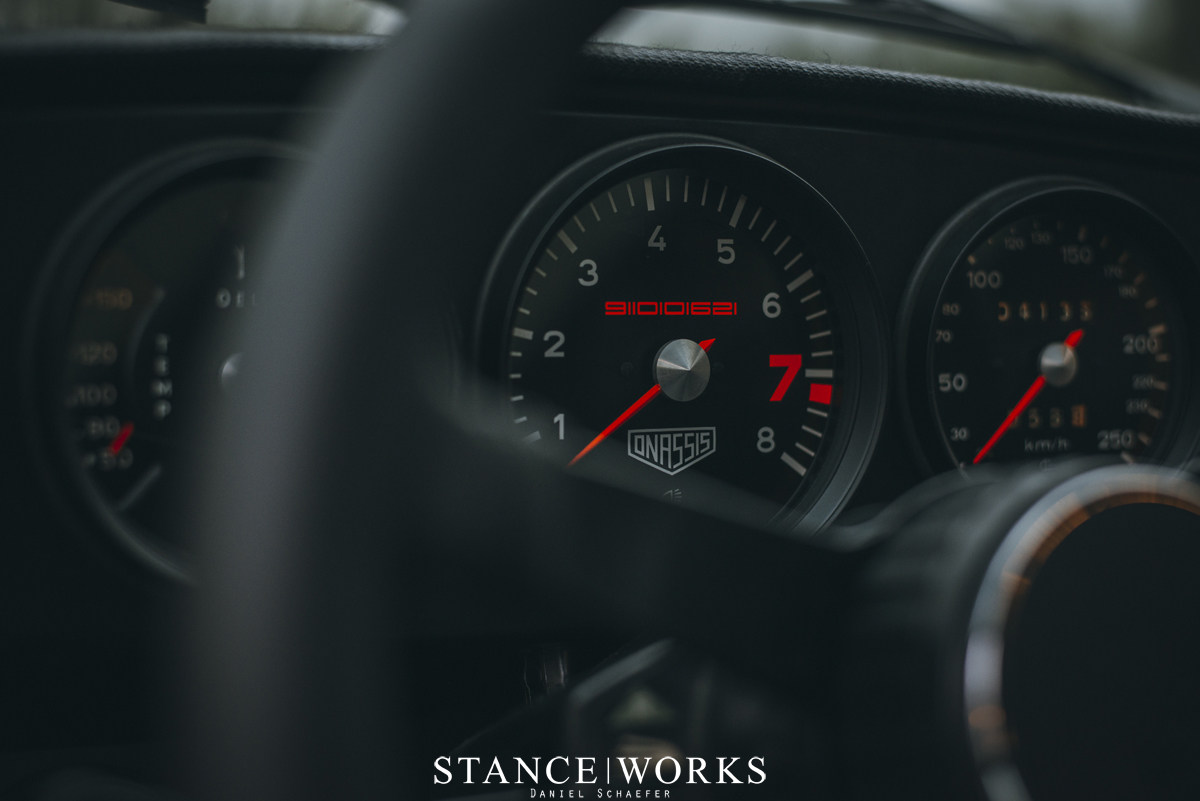 Now finished, and known as Project 9110101621 (the car's VIN, which now adorns the windshield, the tachometer, and several other places in an on-the-nose fashion), is ready for the road after two years of hard work, restoration, and customization. 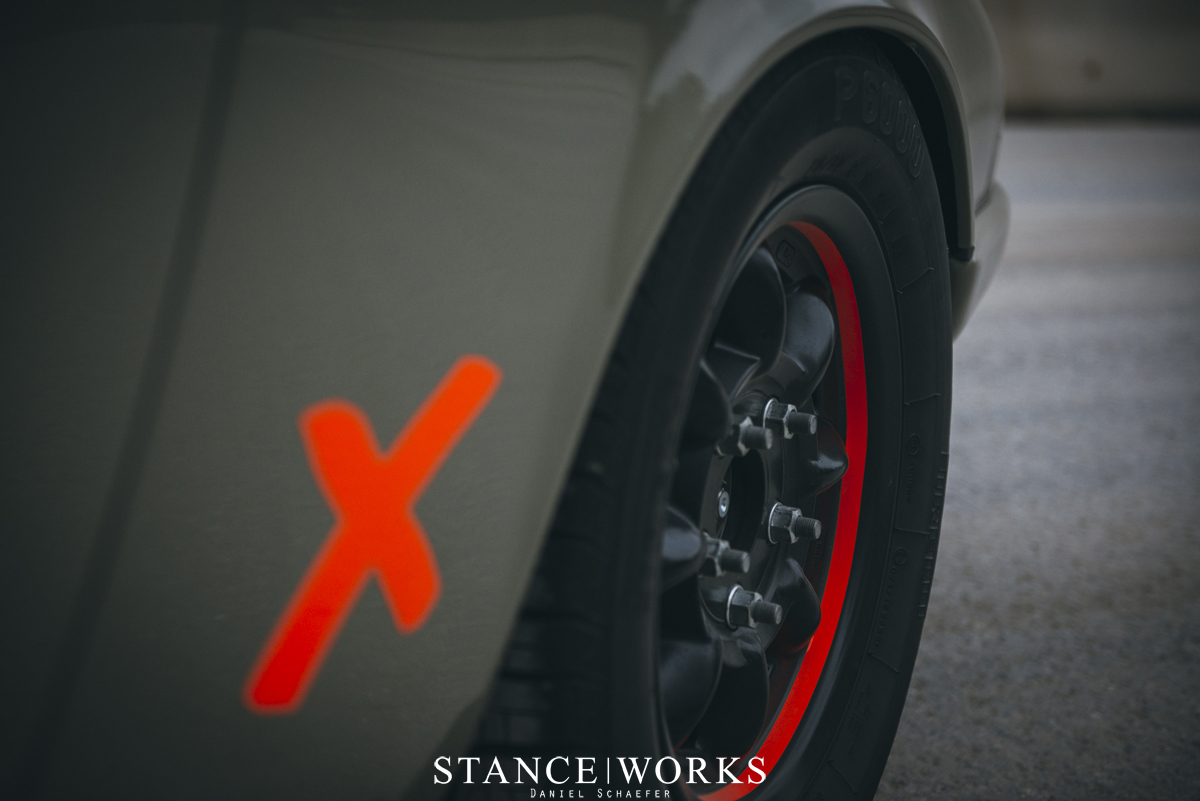 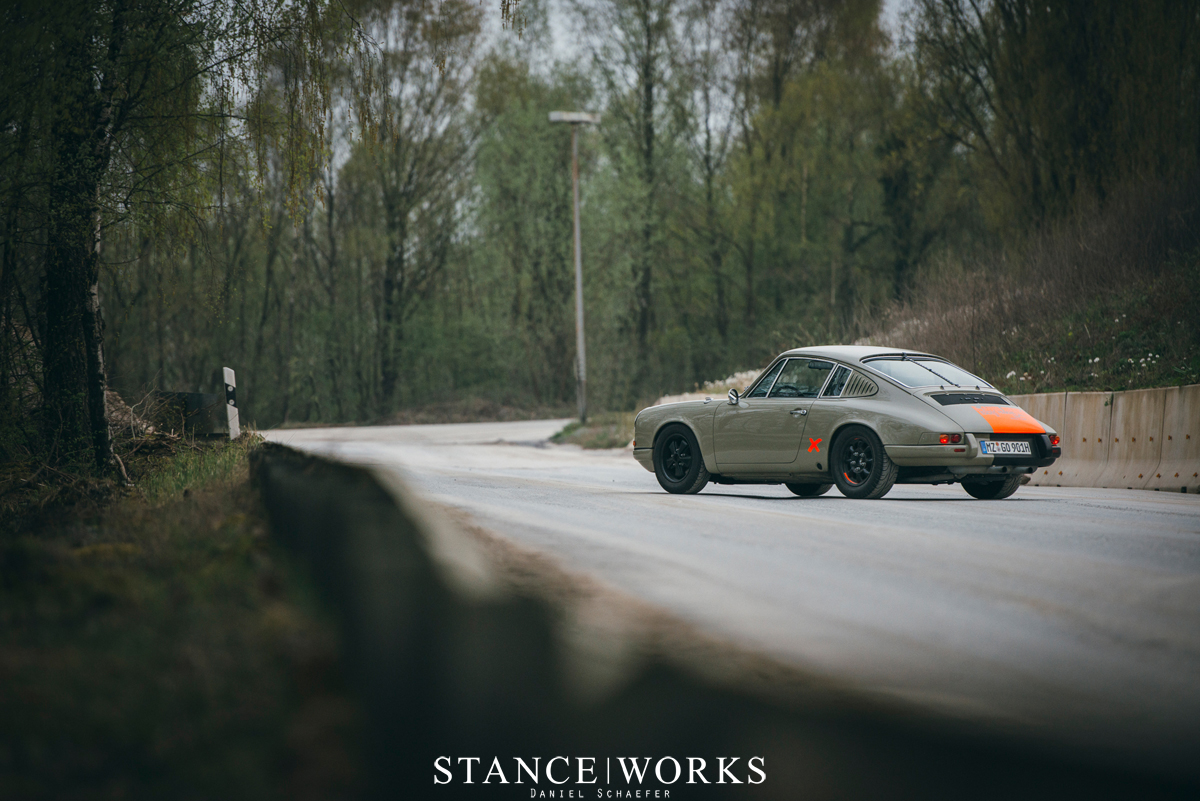 Markus Haub is a car designer and artist. He worked for Volkswagen and Renault in Barcelona. Since 2007 he is self employed and exhibiting his artwork in various galleries in Spain, Germany, England or the USA. He lives and works in Spain and Germany.