A Mustang Fastback isn't exactly rare here in the states. It wouldn't be fair to call it common either,  but it wouldn't be unexpected to catch one at the weekly Wednesday night Sonic Drive In meet, driven by a suburban dad re-living his high school years, for example. In Belgium, though, it's a piece of machinery that takes on a whole new meaning. With a big, burbling, gas-guzzling V8 lumping under the hood, it's an American icon that sure to catch the attention of everyone around, no matter where it goes. This example, with its hopped up 390 and sporting a complete restoration, its sure to leave jaws on the grounds, including Americans. 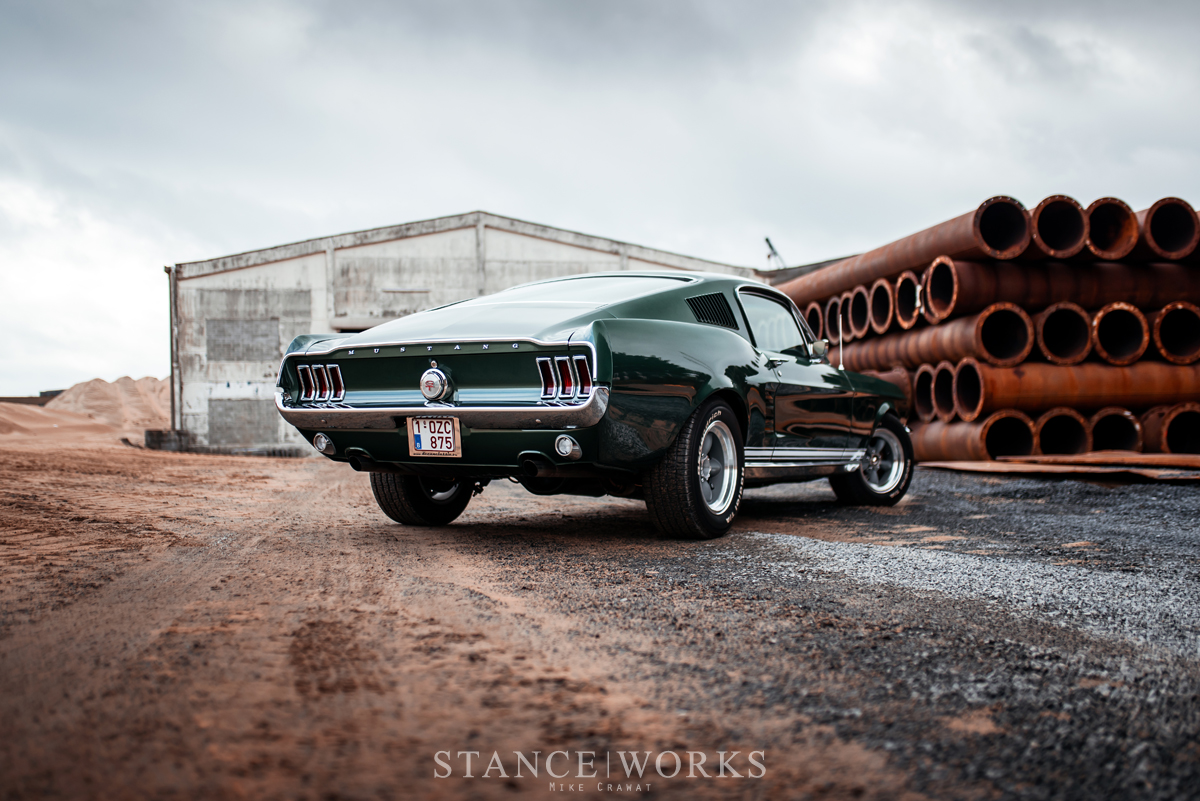 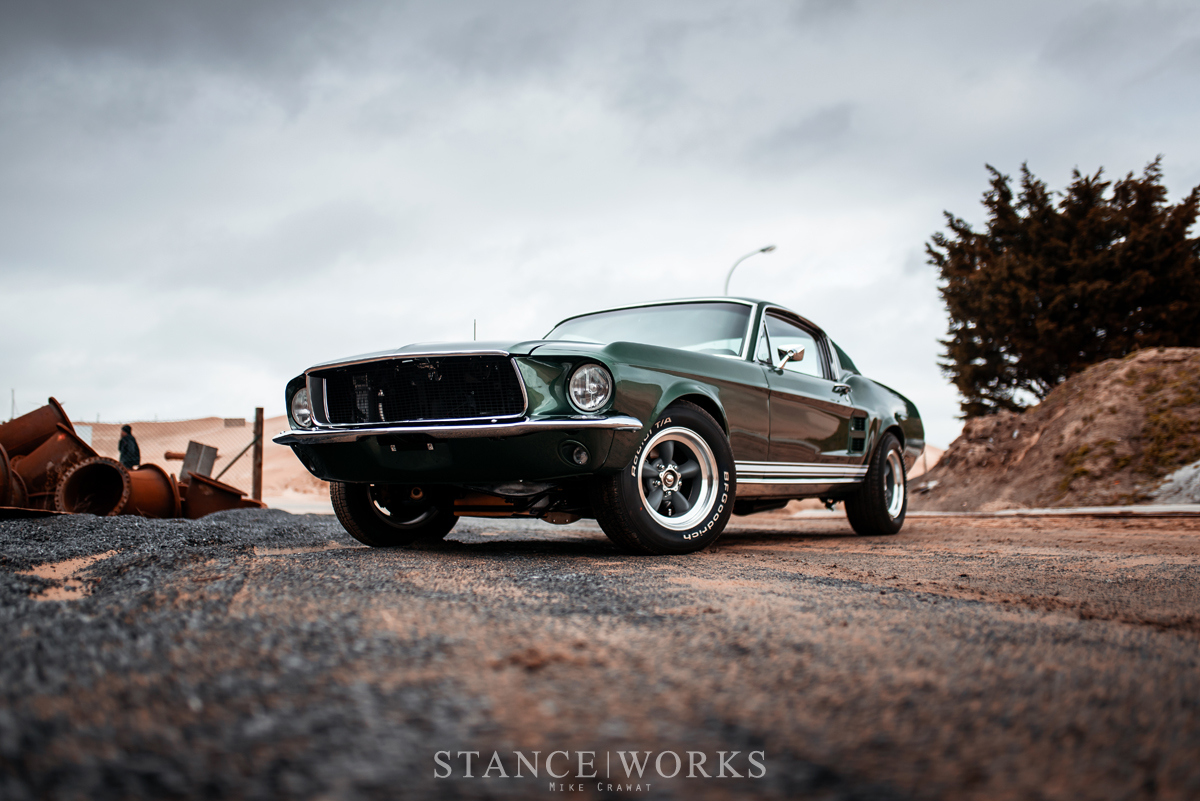 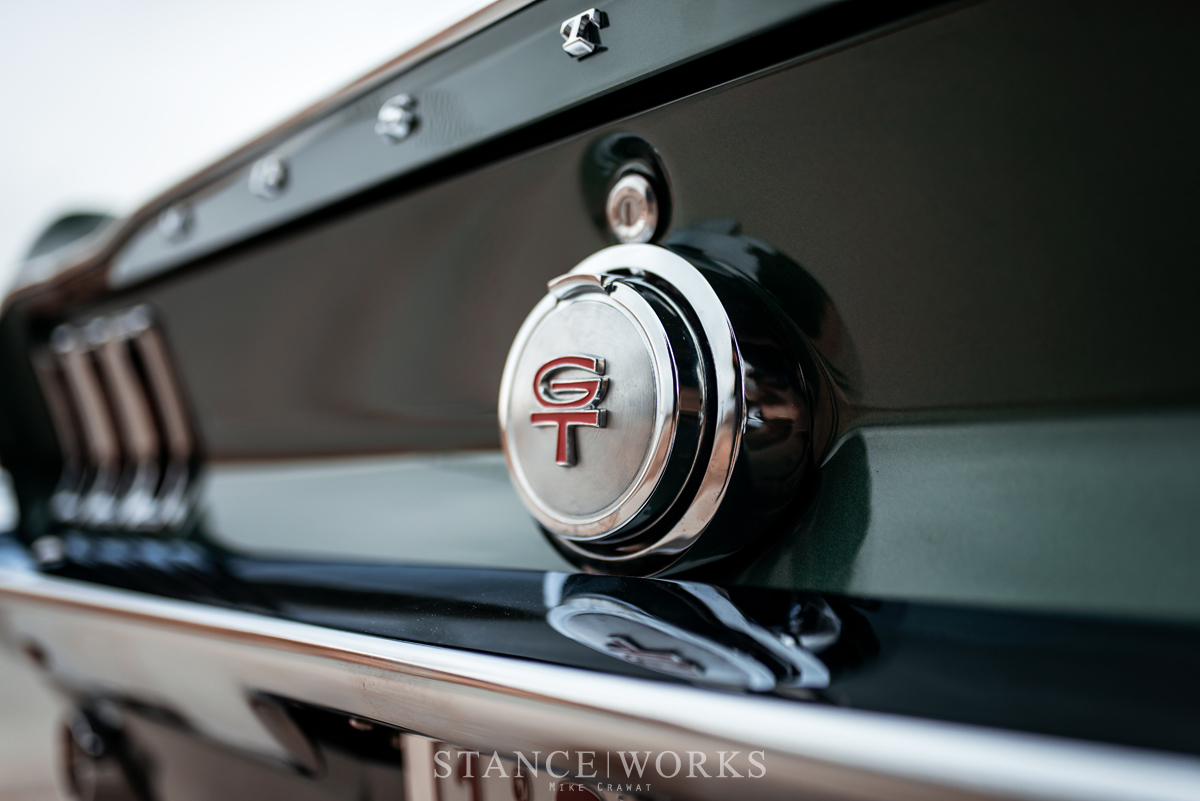 Yves Decan, owner of Decan Classics and Munic Icons of Nieuwpoort, Belgium, was approached by a customer wishing to own a classic Mustang Fastback. Following some research, a '67 model was decided upon, and Yves turned to the US to find the right example. Bodies are rare and hard to find across the pond, but sourcing one here, fit for his restoration services, was a breeze. 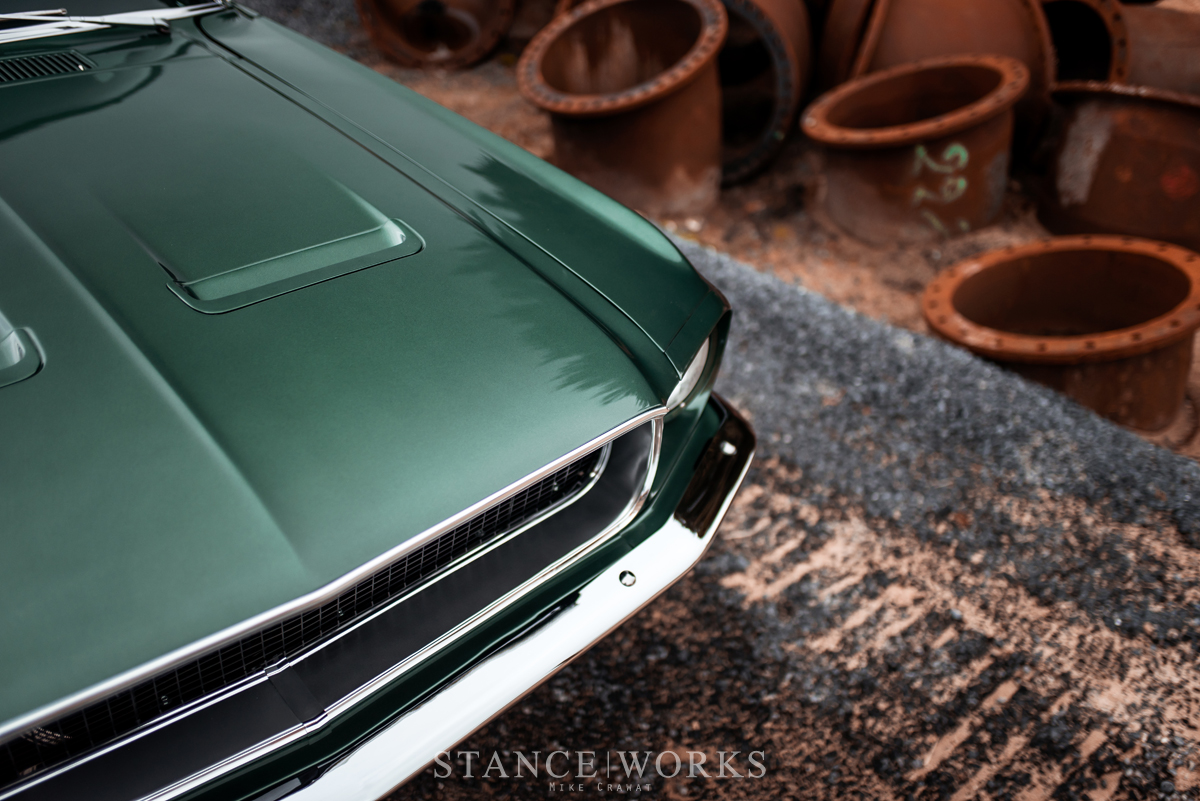 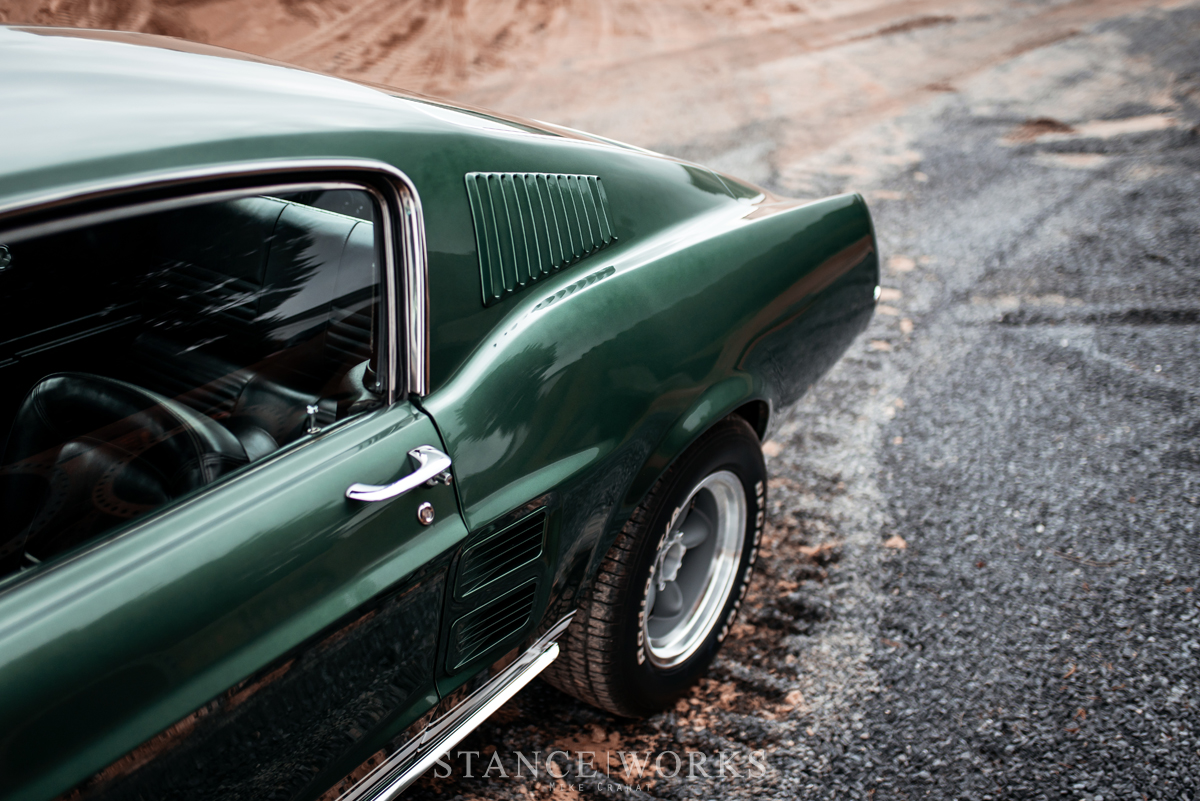 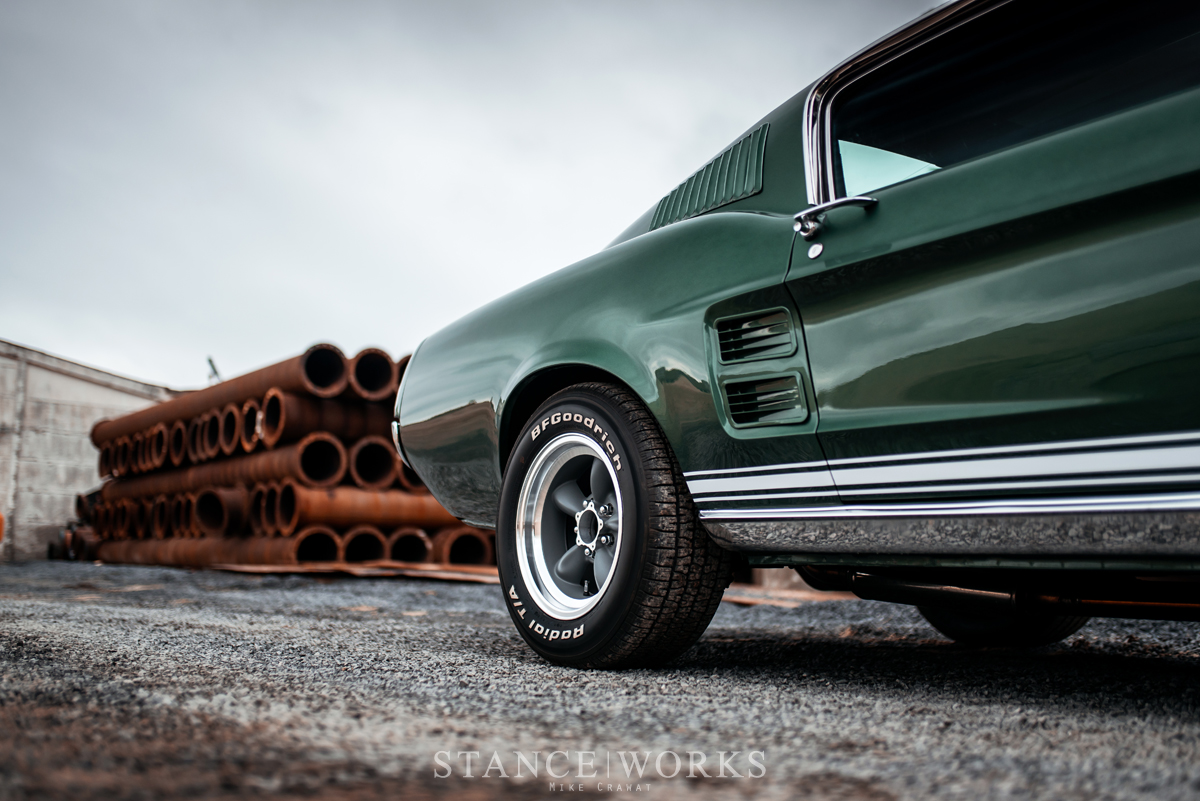 The car arrived in need of a total rebuild, inside and out. Faced with strict Belgian legislation, a plan was laid out to restore the car, and make improvements and upgrades where possible without pushing any rules. The fastback was stripped down completely, and the rebuild began. 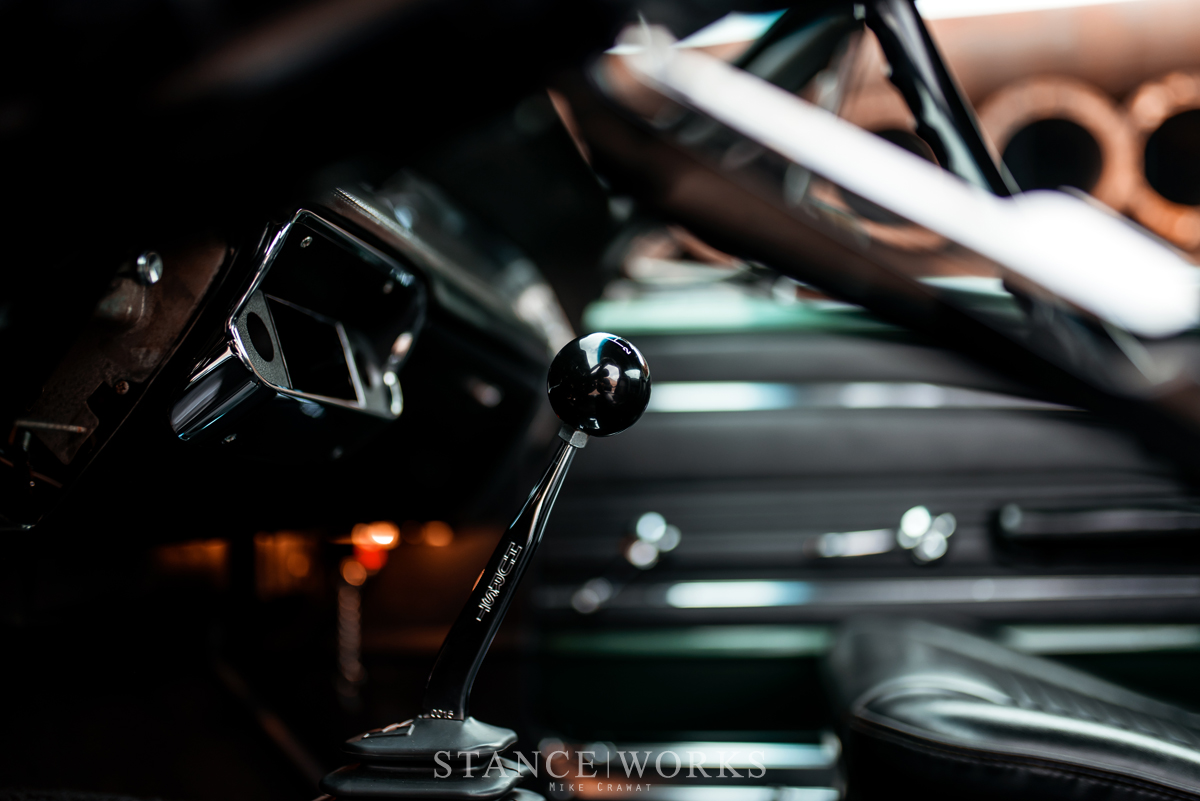 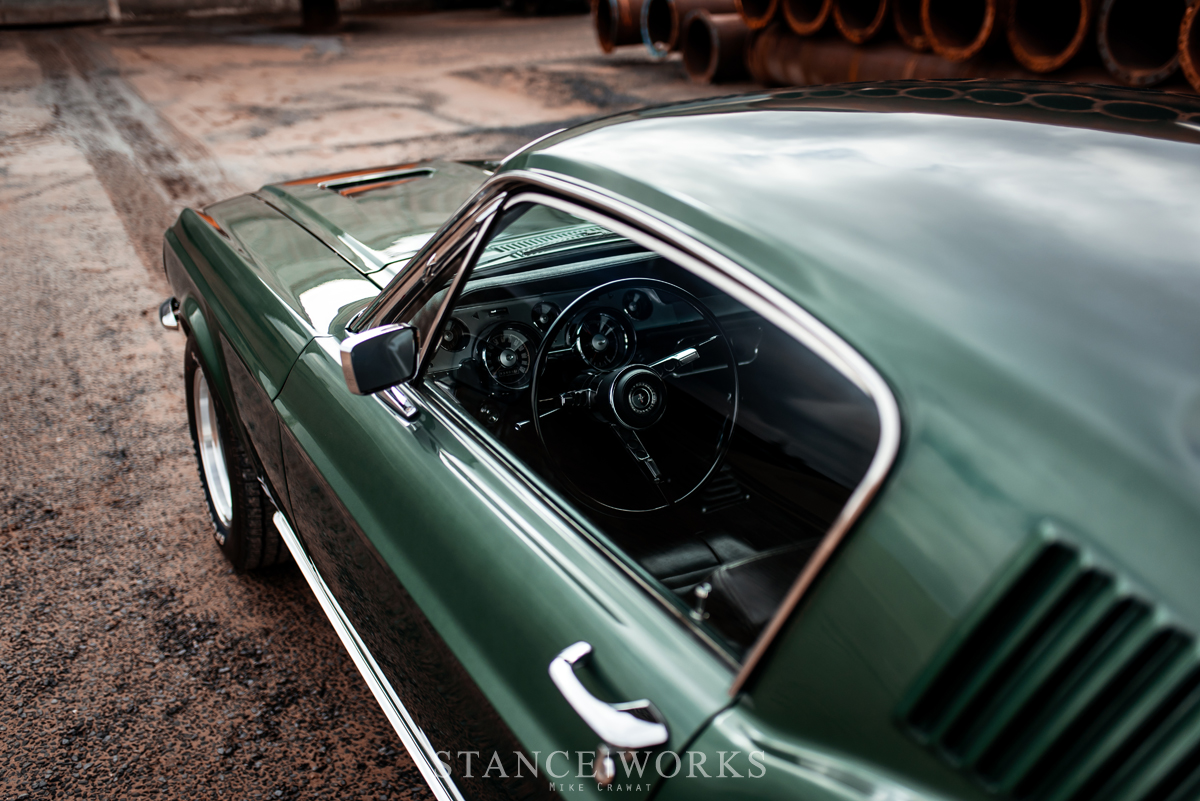 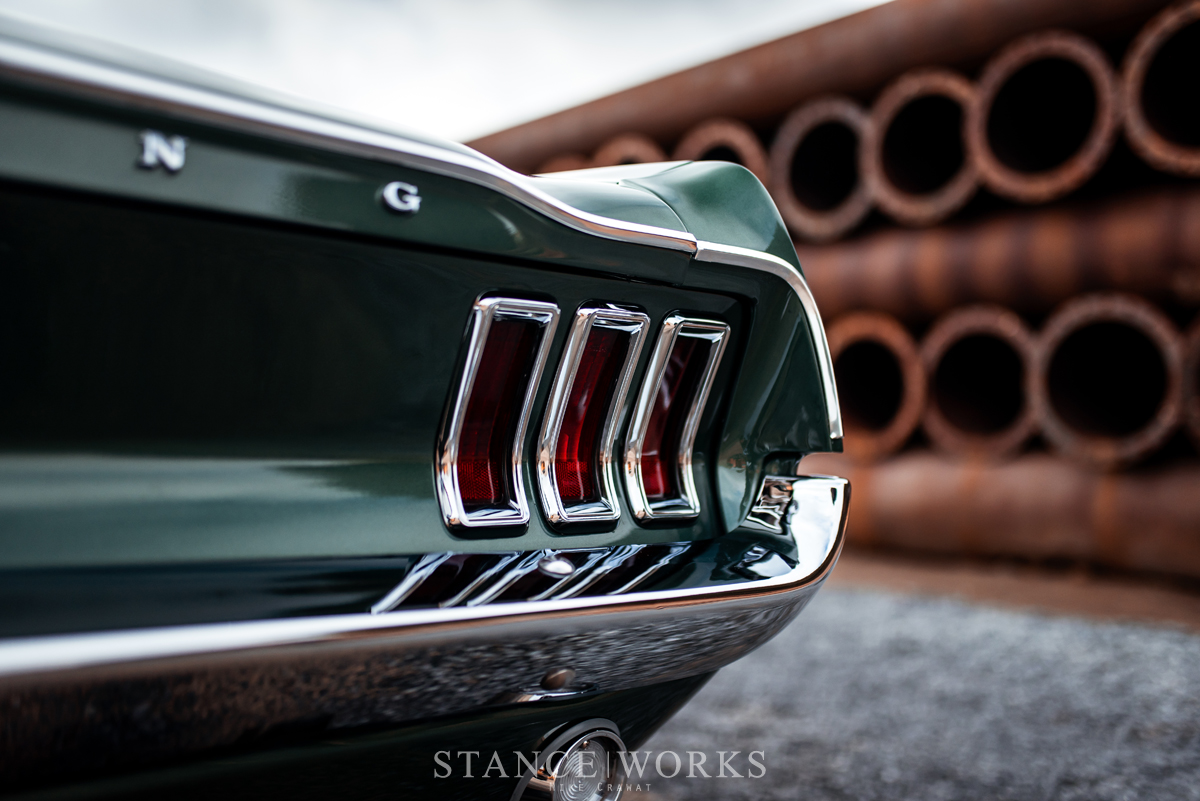 The team at Decan Classics started with the basics, and refreshed the chassis as needed. Following that, upgraded coil springs were installed up front, and 5-leaf rear springs were fitted out back. Stiff anti-roll bars were installed both front and rear, along with poly-urethane bushings throughout. Bilstein shocks provide ride control, and power disc brakes with vented rotors provide modern stopping power at the front end. 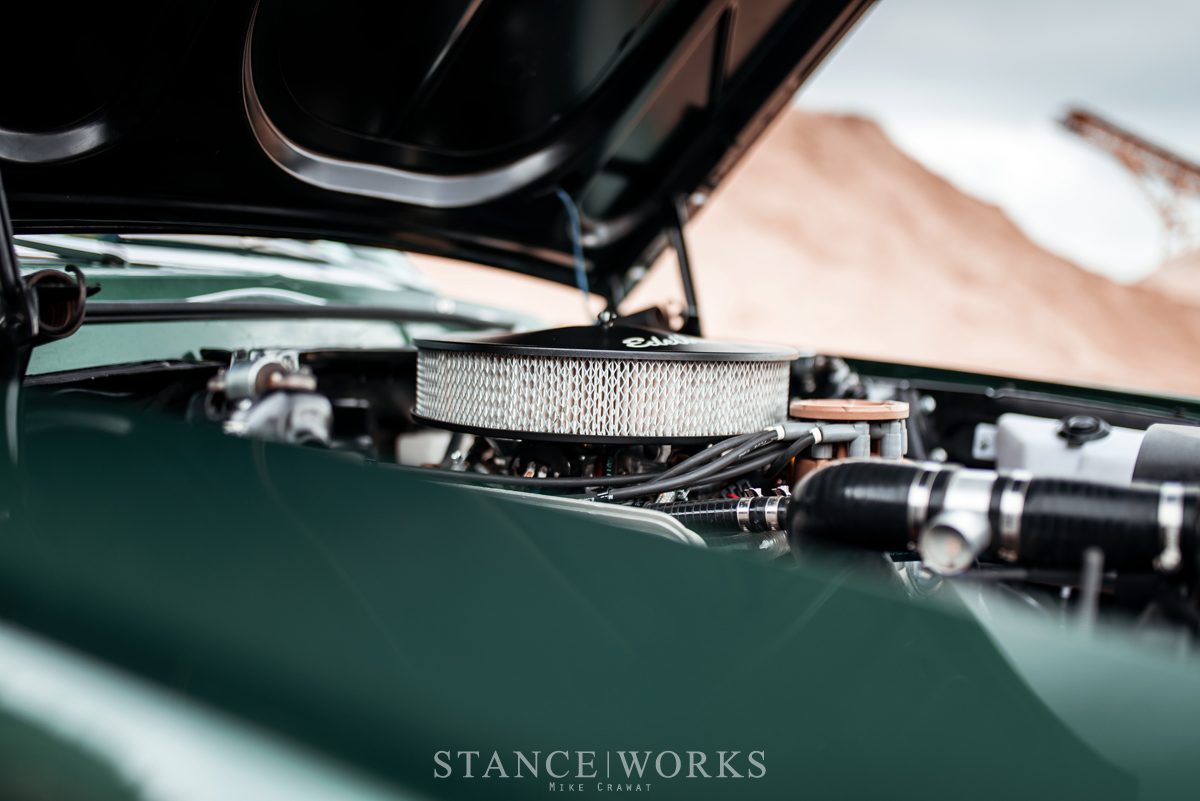 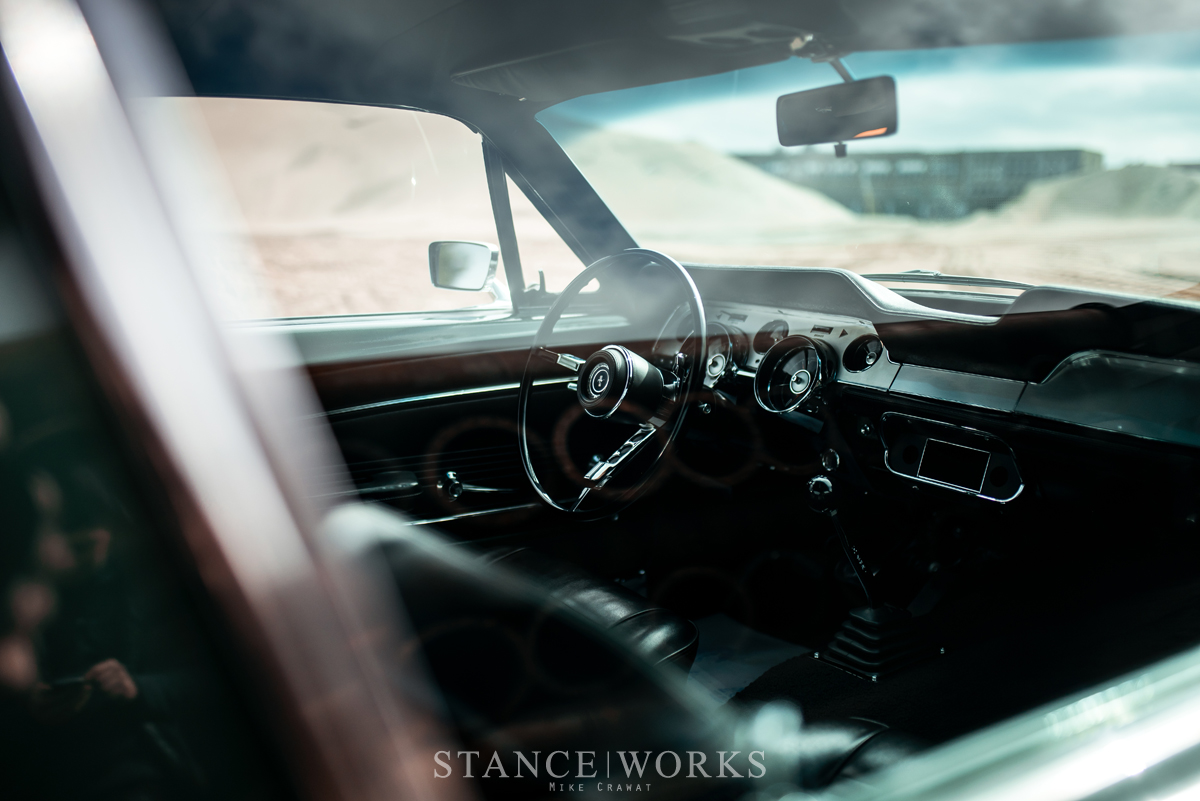 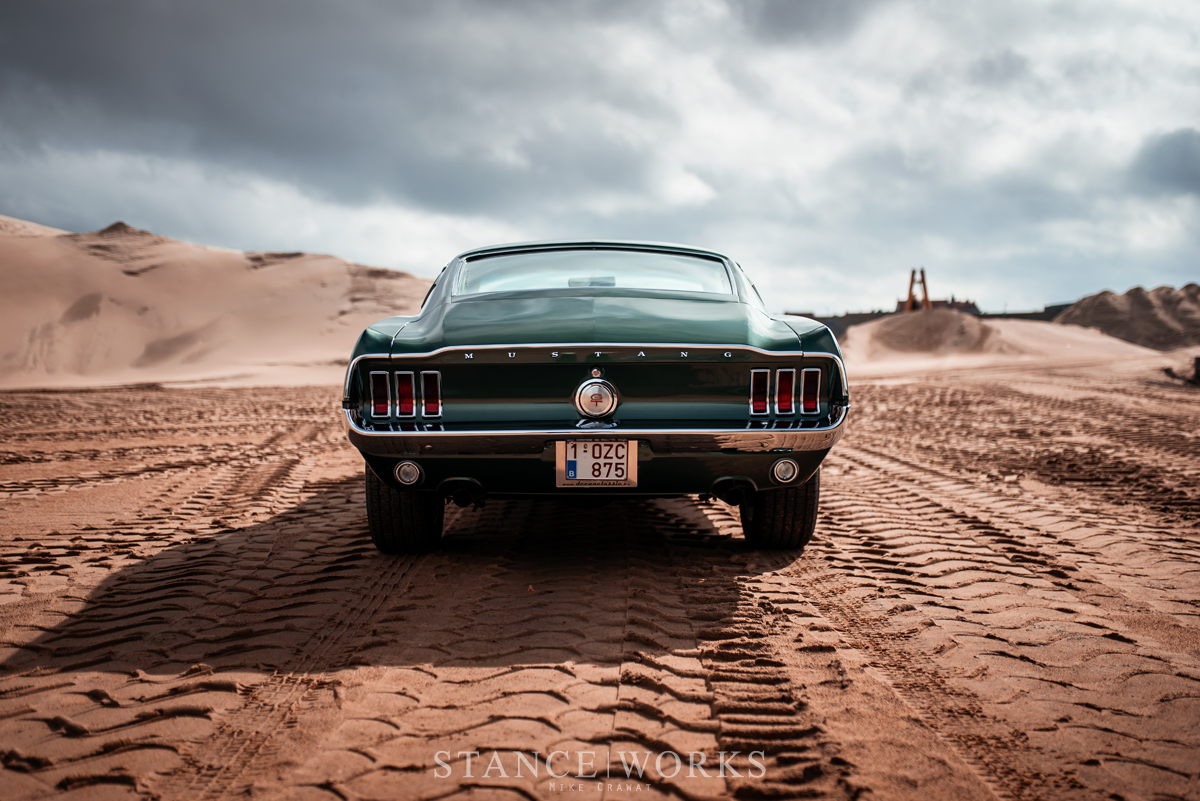 A tried-and-true wheel and tire package was selected for the Mustang: American Racing Torque Thrust D wheels, measuring out to 15x7 and 15x8, wrapped in BF Goodrich 215 and 235 rubbers. While not out of the box or flashy in the least, its a setup that helps to establish the car as exactly what it is: an American classic on European streets. 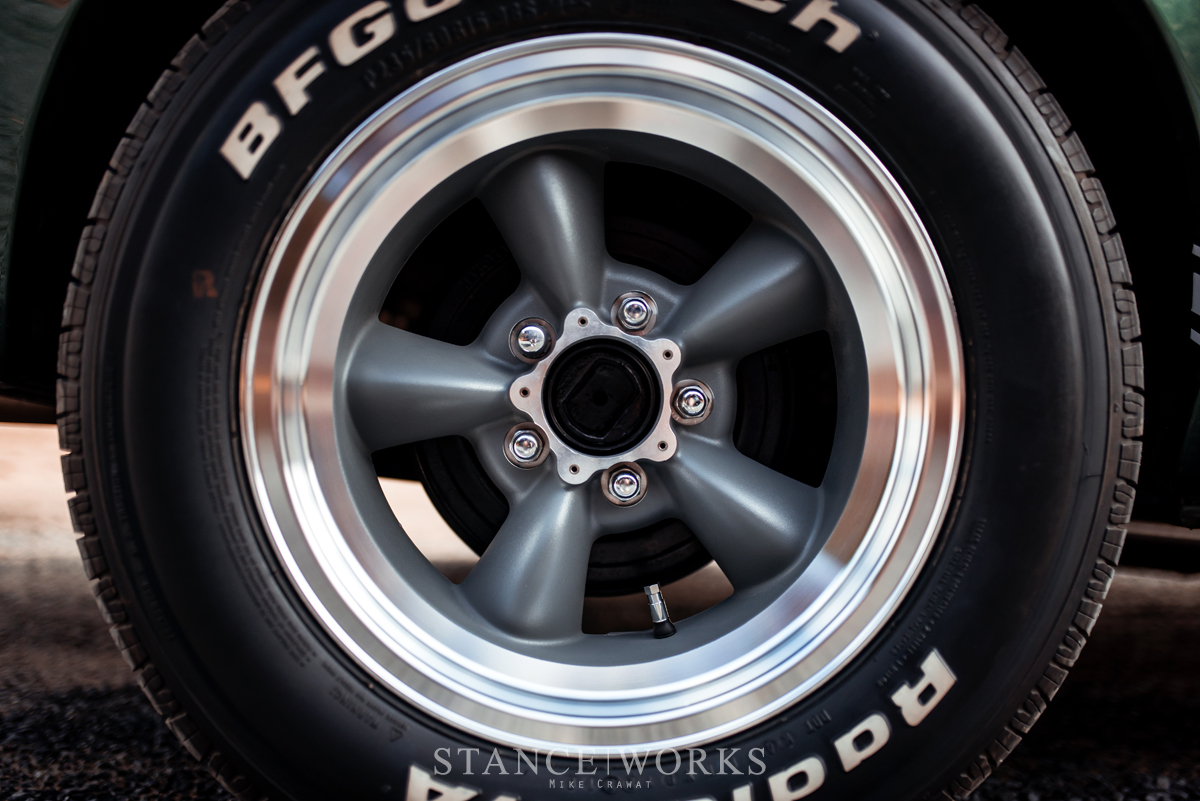 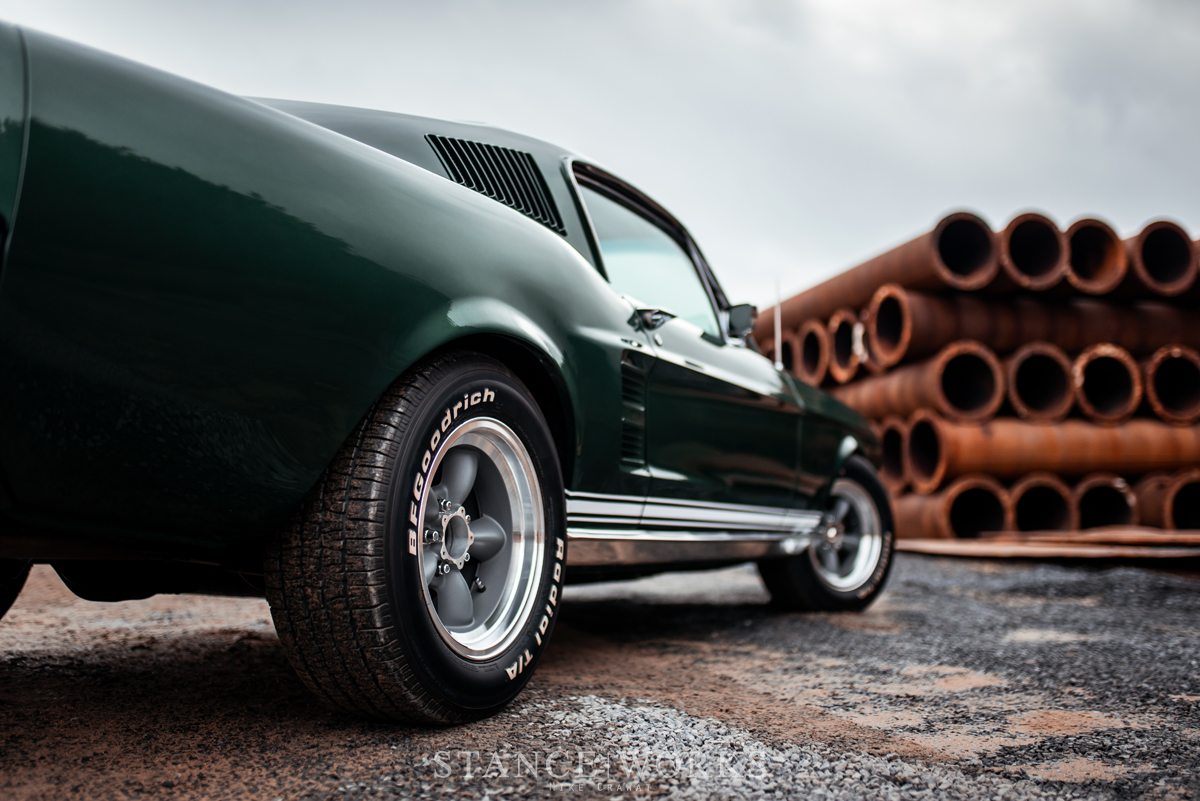 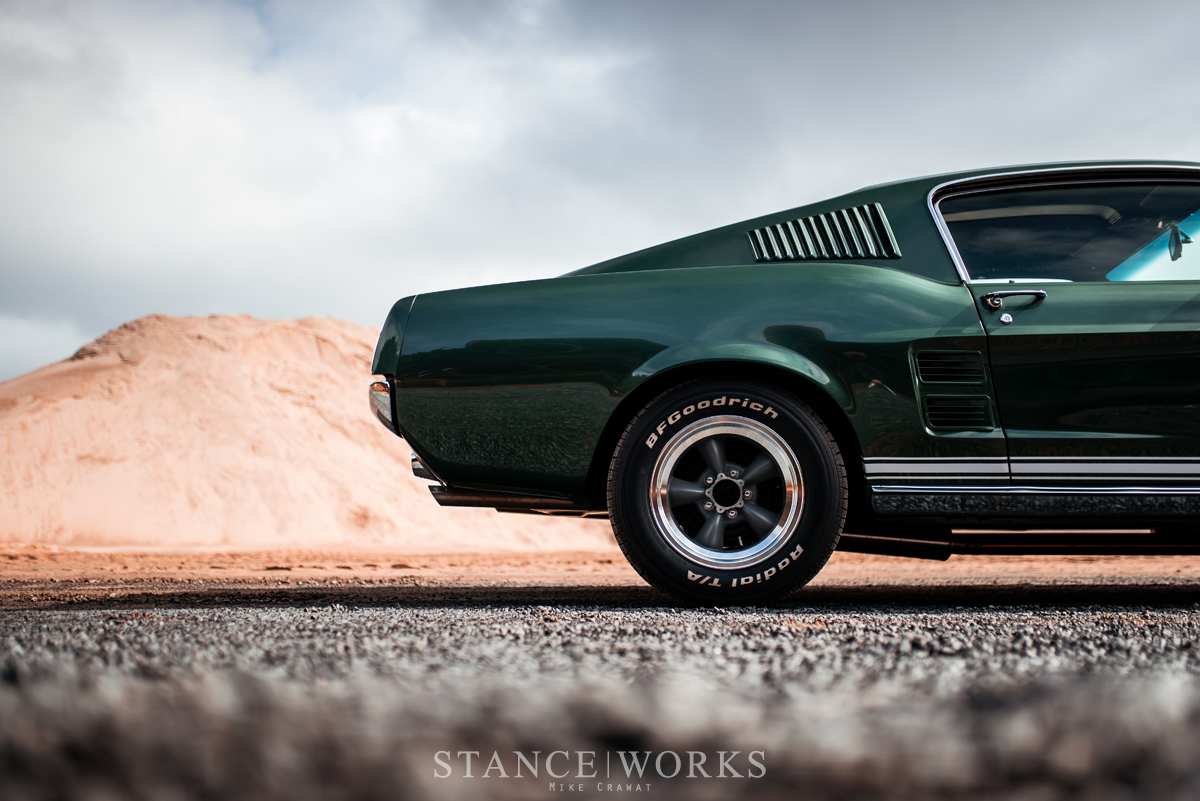 Excitement with the restoration kicks up a notch under the hood, where a big block 390 has been installed, with a factory rotating assembly an upgraded oil pump and bearings. ARP bolts and studs were used throughout the engine rebuild, and a Comp Cams 262/270 high-lift cam with flat tappet lifters was chosen for a bump in power. Edelbrock aluminum heads, rockers, and an intake were ordered and fitted to the motor, along with a slew of other go=fast parts, such as a Holley 750CFM carb, JBA headers, an Accel 52200 series distributor, and an adjutable camshaft gear. Supporting mods like coolers, the radiator, fans, and the ignition system were all built to match. Lastly, a Tremec T56 Magnum 6-speed was mated to the V8 for power delivery, and power is routed out through a Ford 9" rear with 3.25 gears and an Auburn limited slip. All together, the beast makes around 400 ponies. 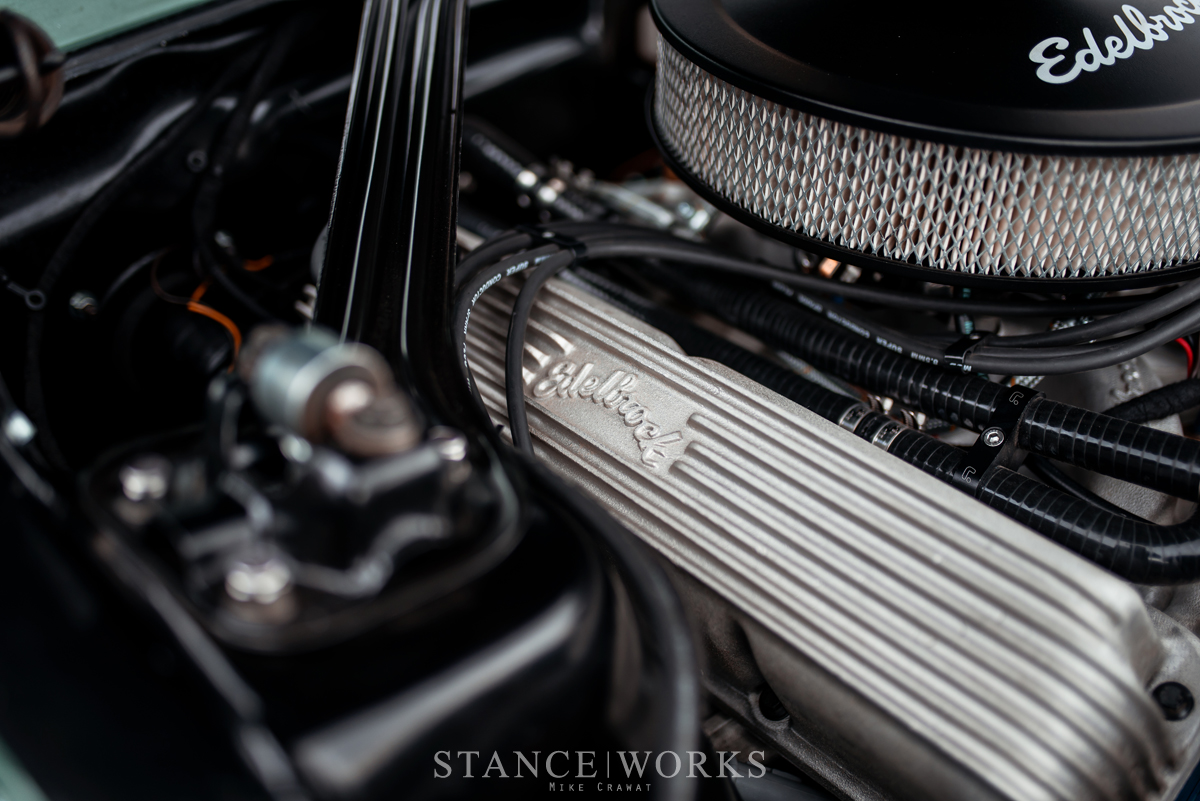 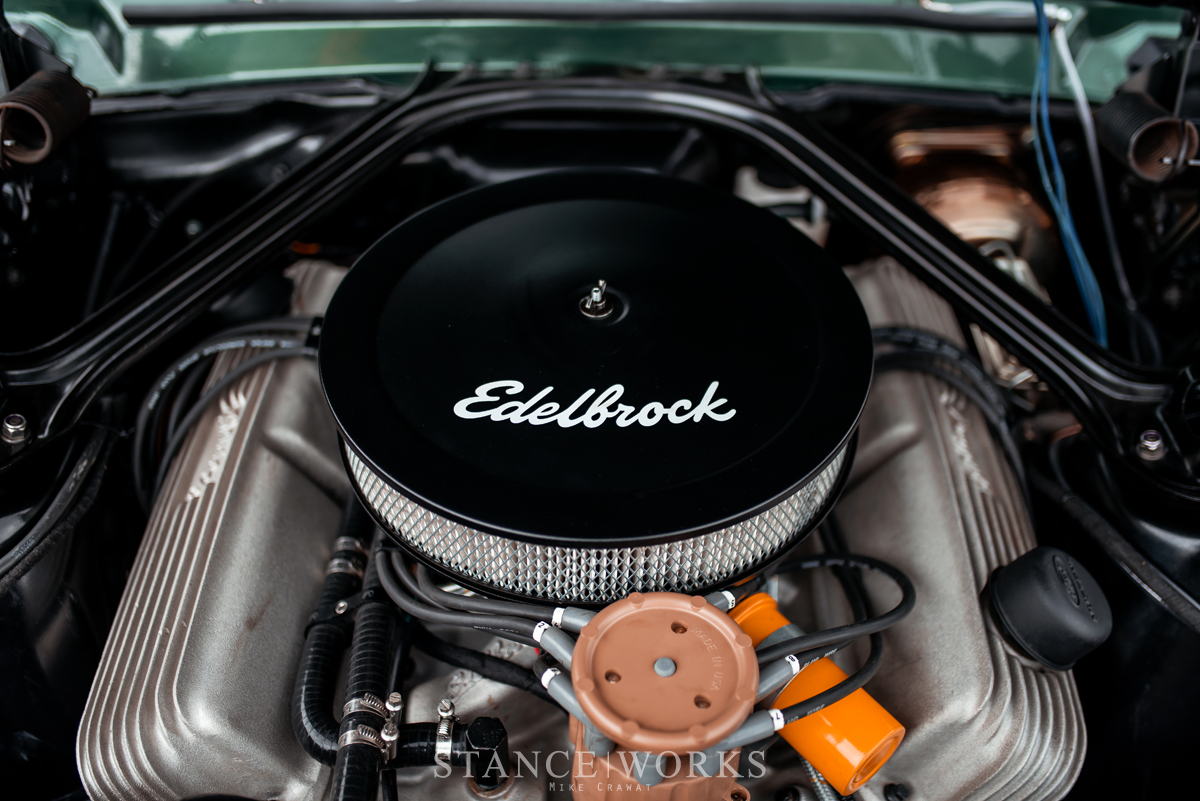 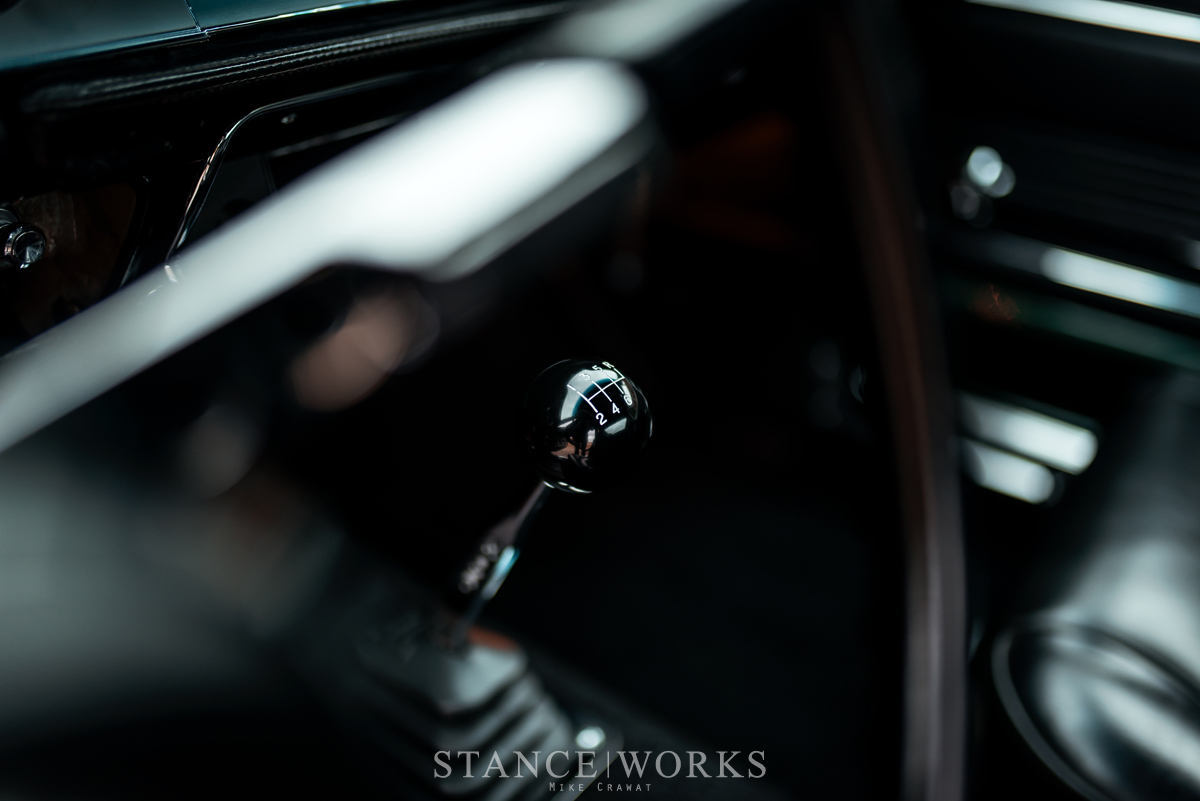 The high output can be thoroughly enjoyed from inside the car's cabin, which has been completely redone in black leather. Looking exactly as it left the factory in 1967, this Mustang leaves nothing to be desired inside, and with a lack of insulation, the exhaust tone permeates to the driver's ears with ease. 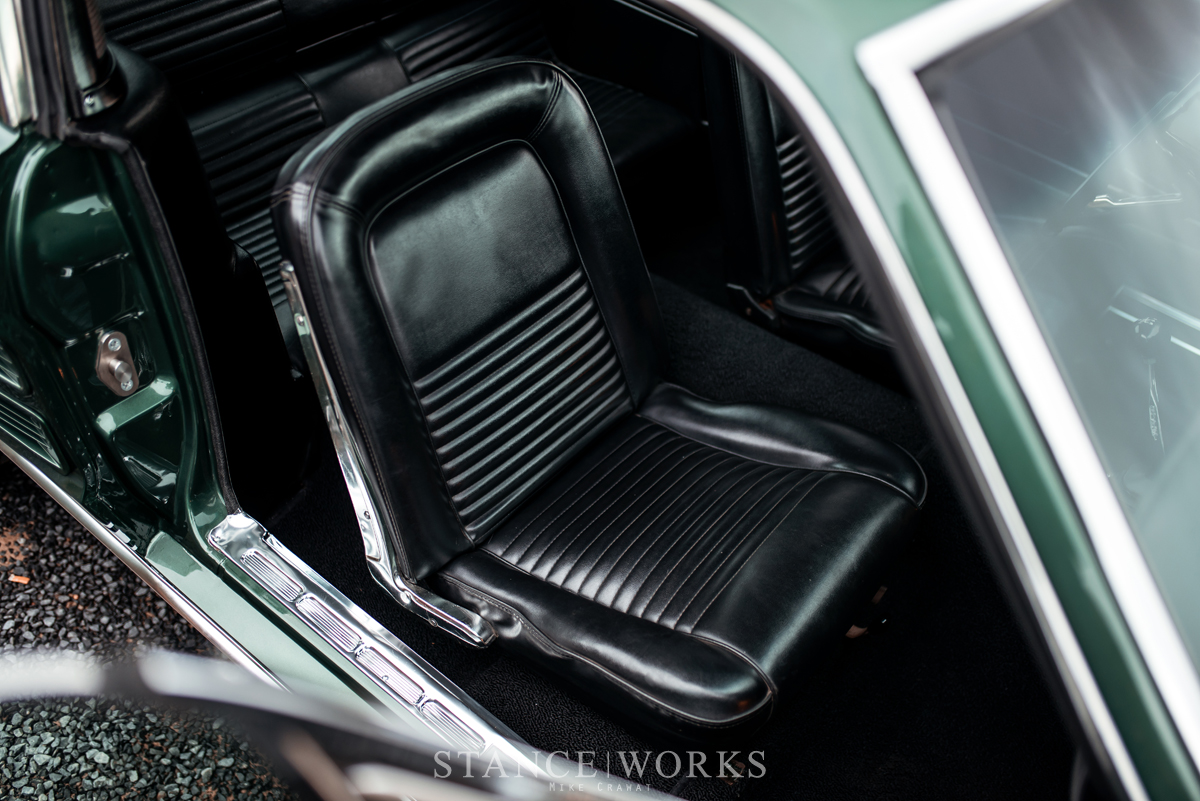 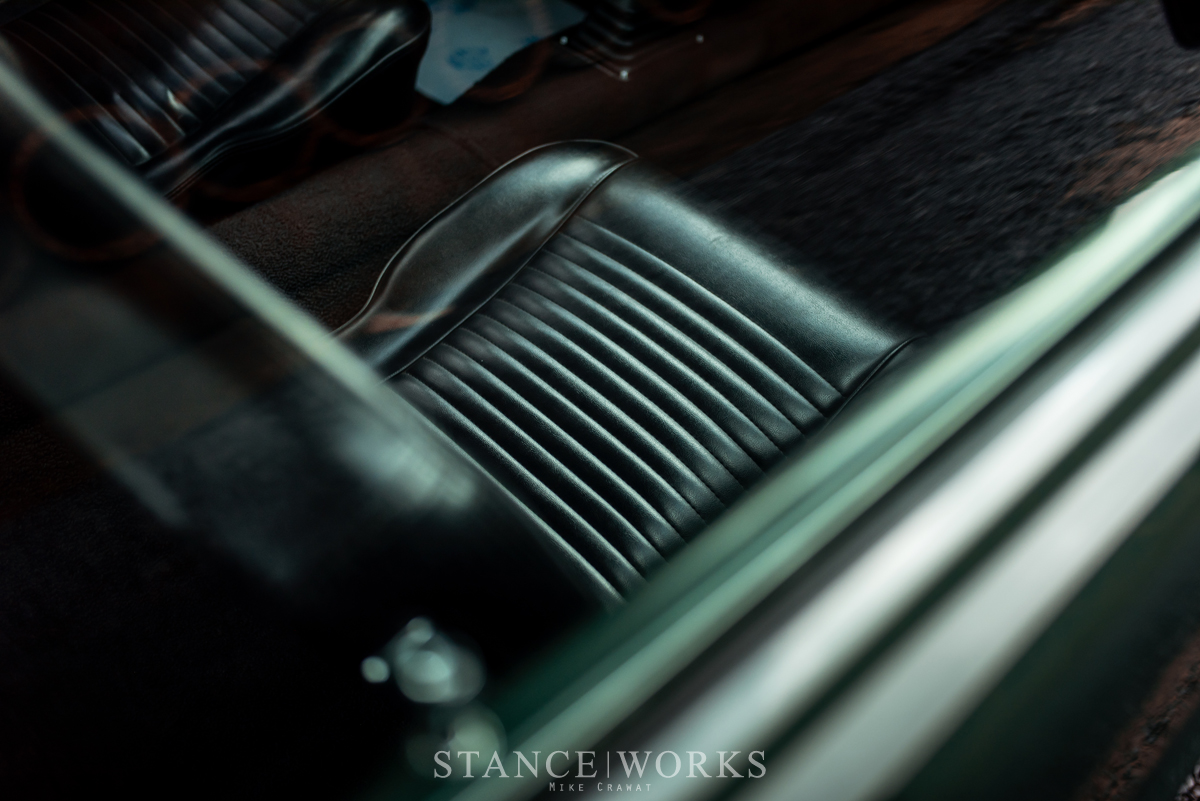 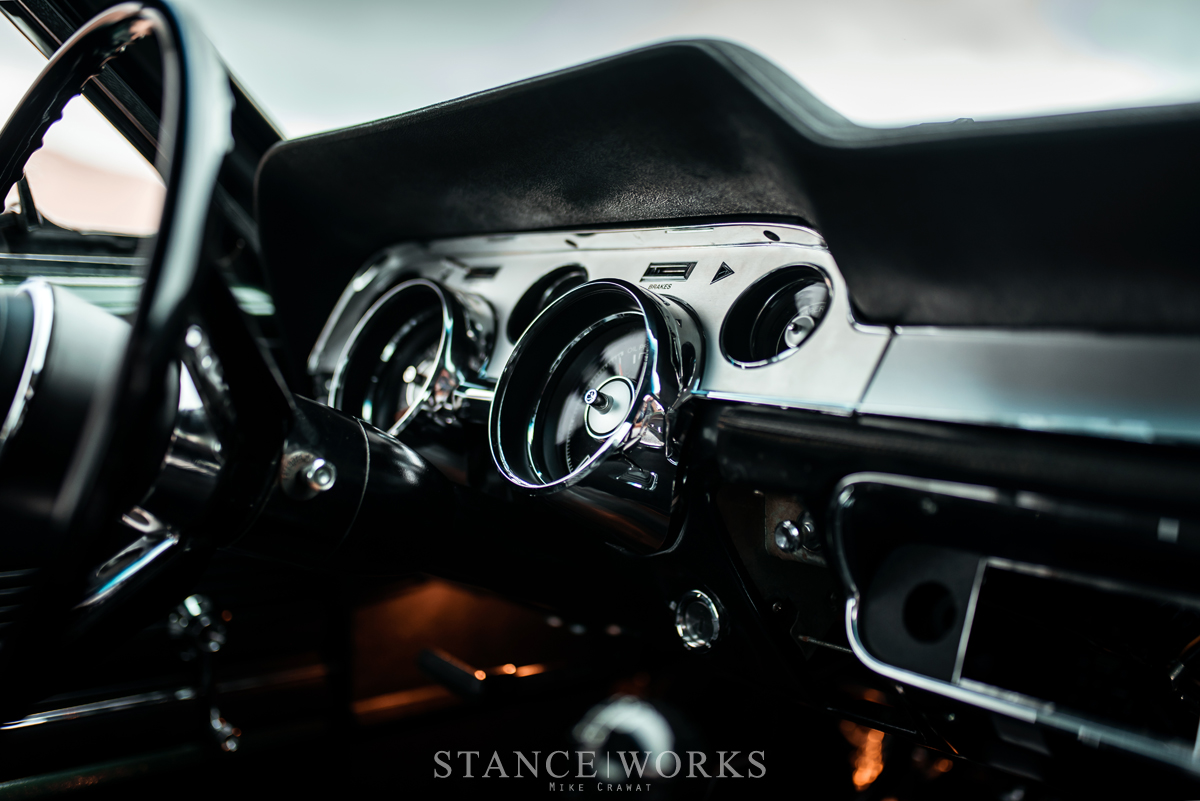 The Bullitt mustang clearly served as a source of inspiration, but the final outcome was never intended to be a clone. Fittingly, though, the car still sports its original Dark Moss Green metallic paint, although completely resprayed as part of the restoration process. All new chrome trimmings were installed to finish out the exterior. 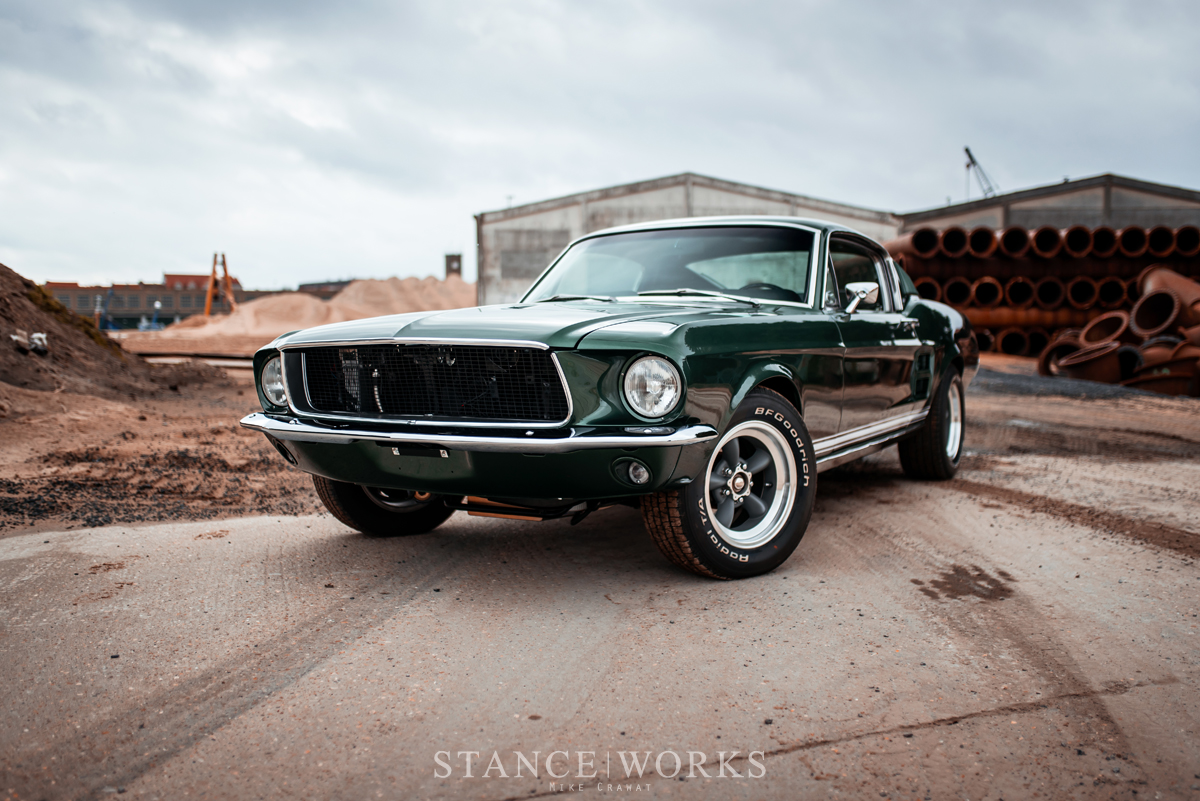 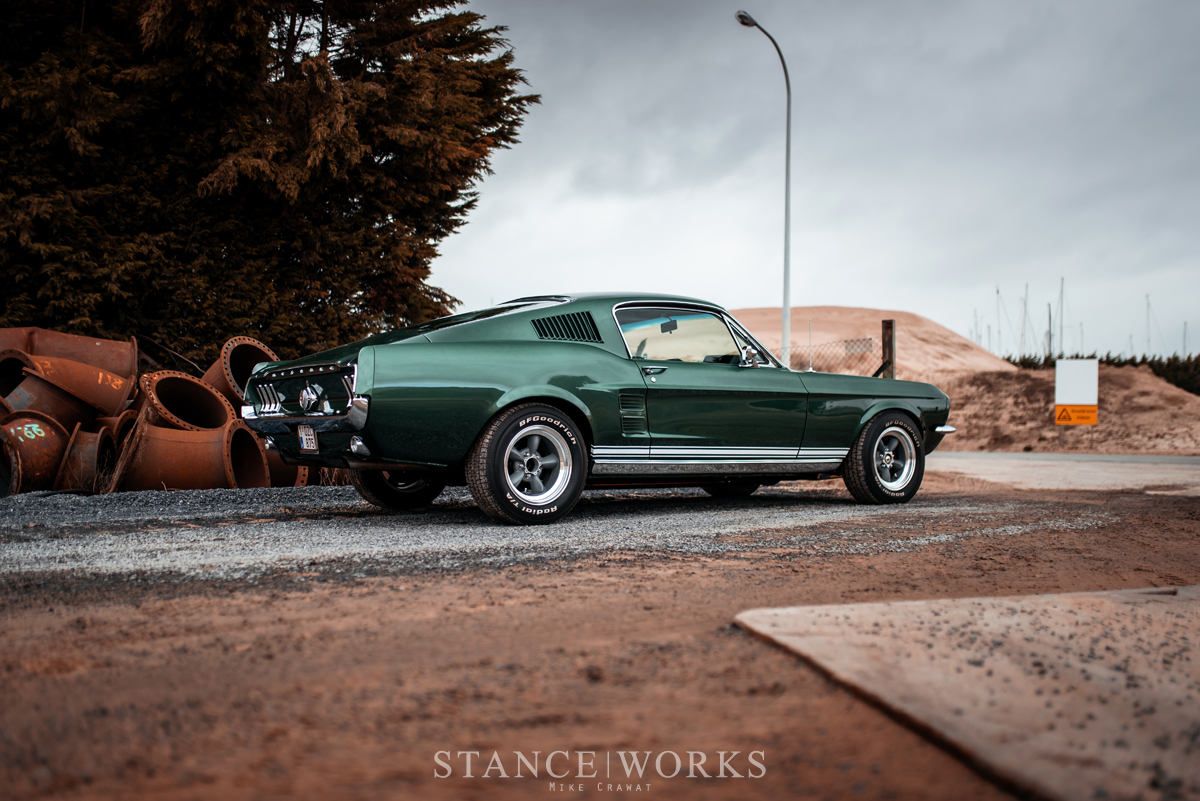 As a finished piece, this '67 Mustang is as nice as they come, and stands as a true treat to see on the streets of Belgium. 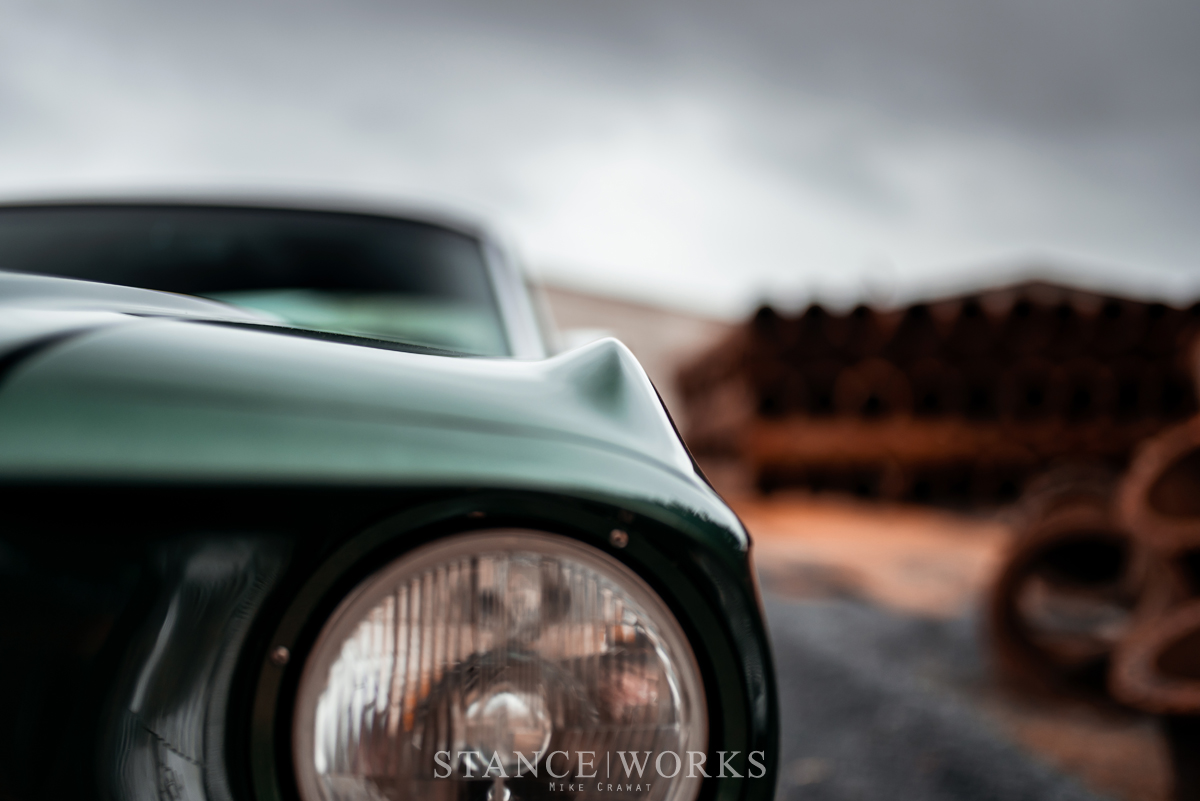 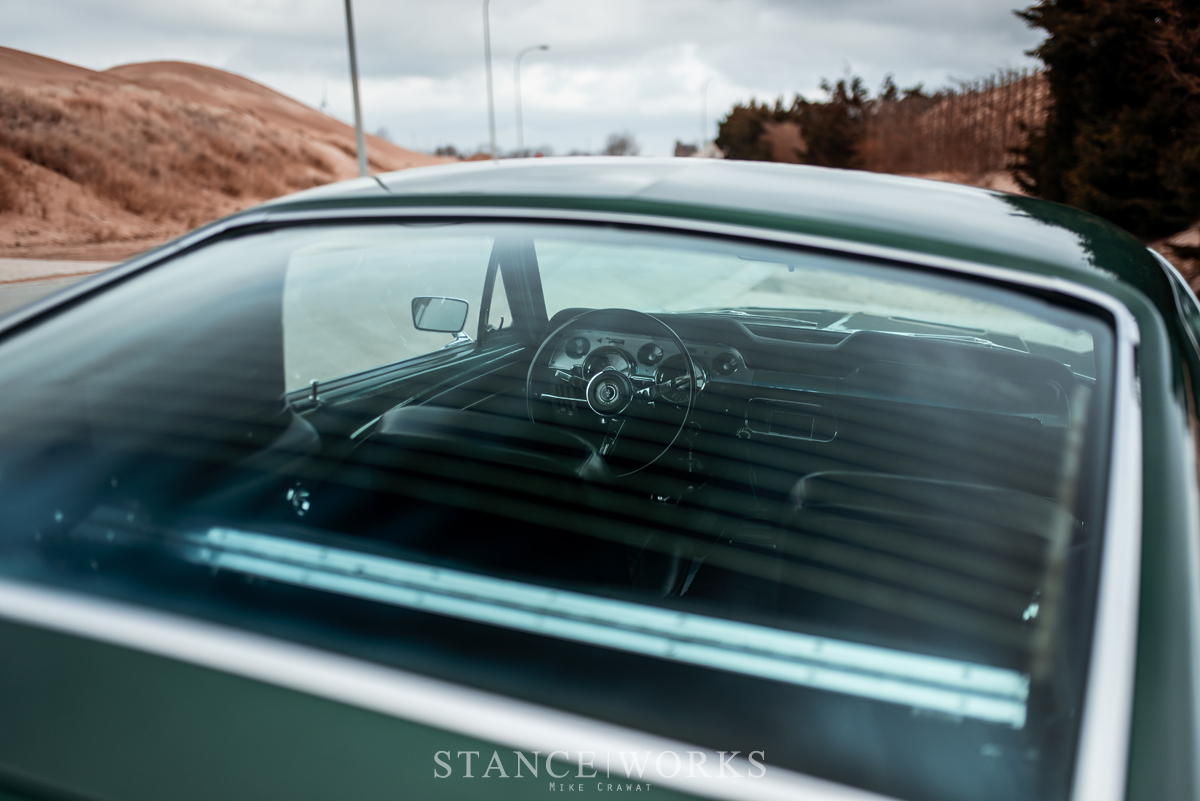 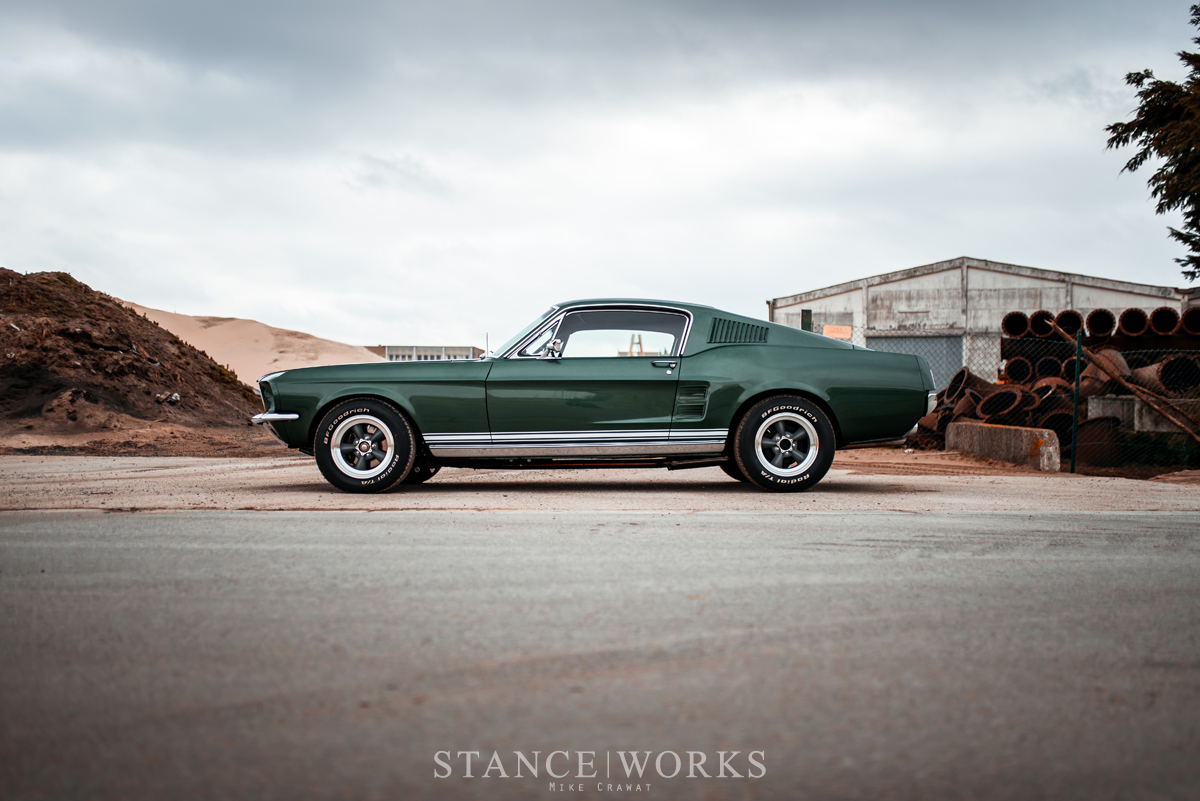