The Rolex Motorsport Reunion – Winding Back the Clock

The Rolex Motorsport Reunion – Winding Back the Clock

While standing trackside, with camera in hand, I often find myself musing on races of the past. What would it be like to be photographing those races decades ago? In the era when very little stood between the race cars and the photographers that sought to capture them, would I find myself hanging out over the apex, tempting fate for a chance at scoring "the shot"? Would the cars elicit the same excitement that they do now as they take to the track draped in nostalgia and mystique? It's hard not to find your mind wandering back through the calendar to early years as the Rolex Motorsport Reunion winds back the clocks each year and delivers racing that acts as a time machine for the senses. Despite the tall barriers and safety regulations that now protect photographers, and the ease of digital photography replacing the difficult task of film motorsport photography, one can imagine for a weekend that they're tucked away under the trees that surround the Corkscrew, watching the mid-century race by along the tarmac. 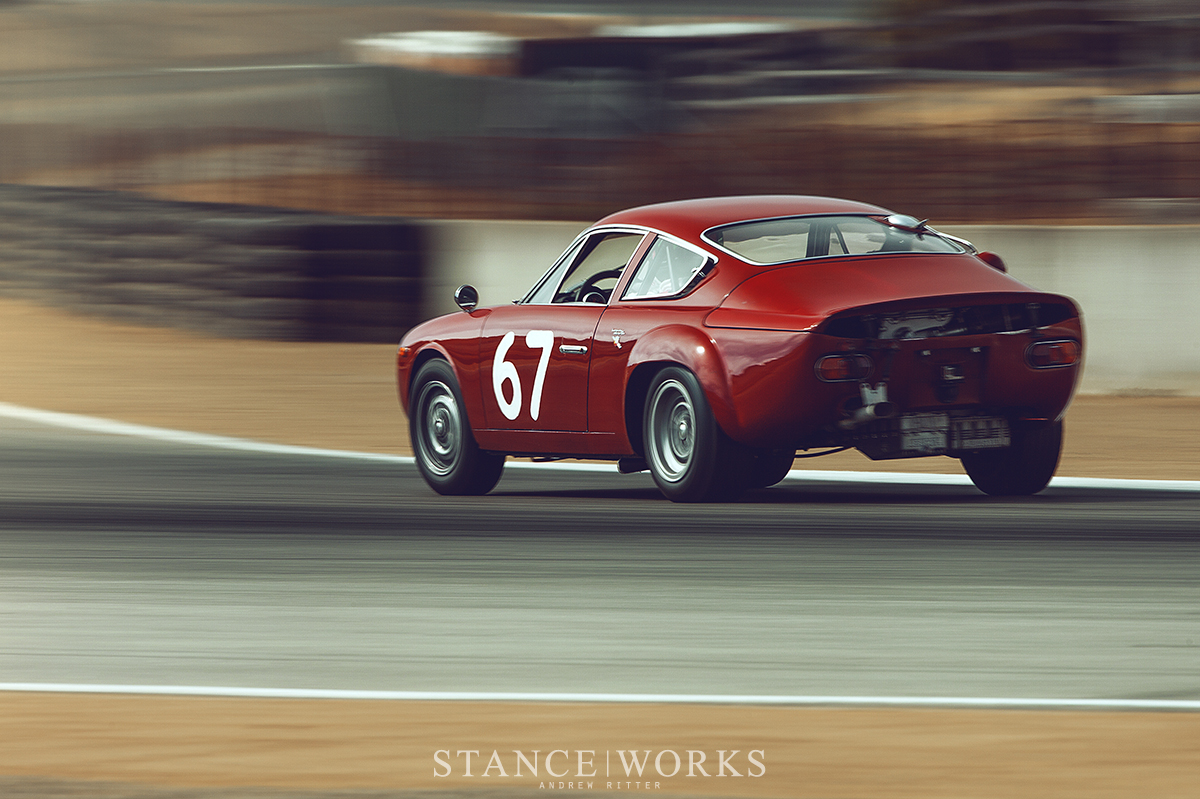 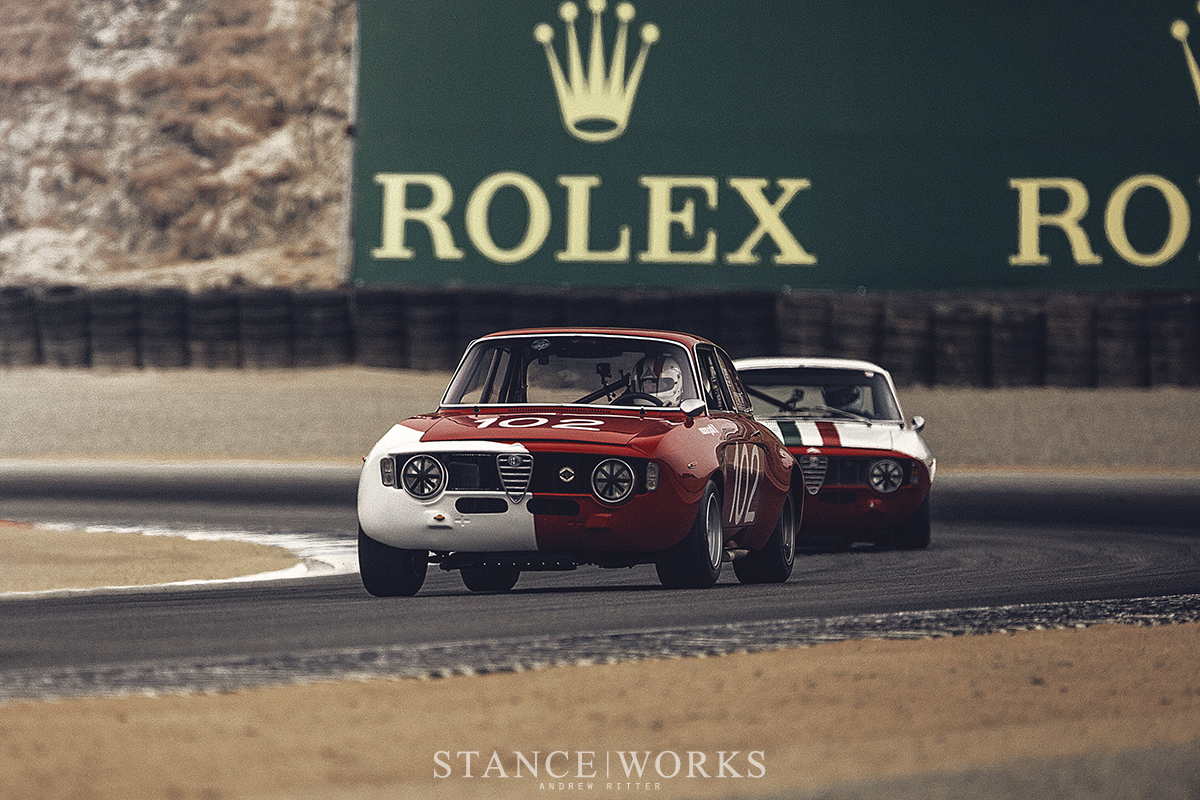 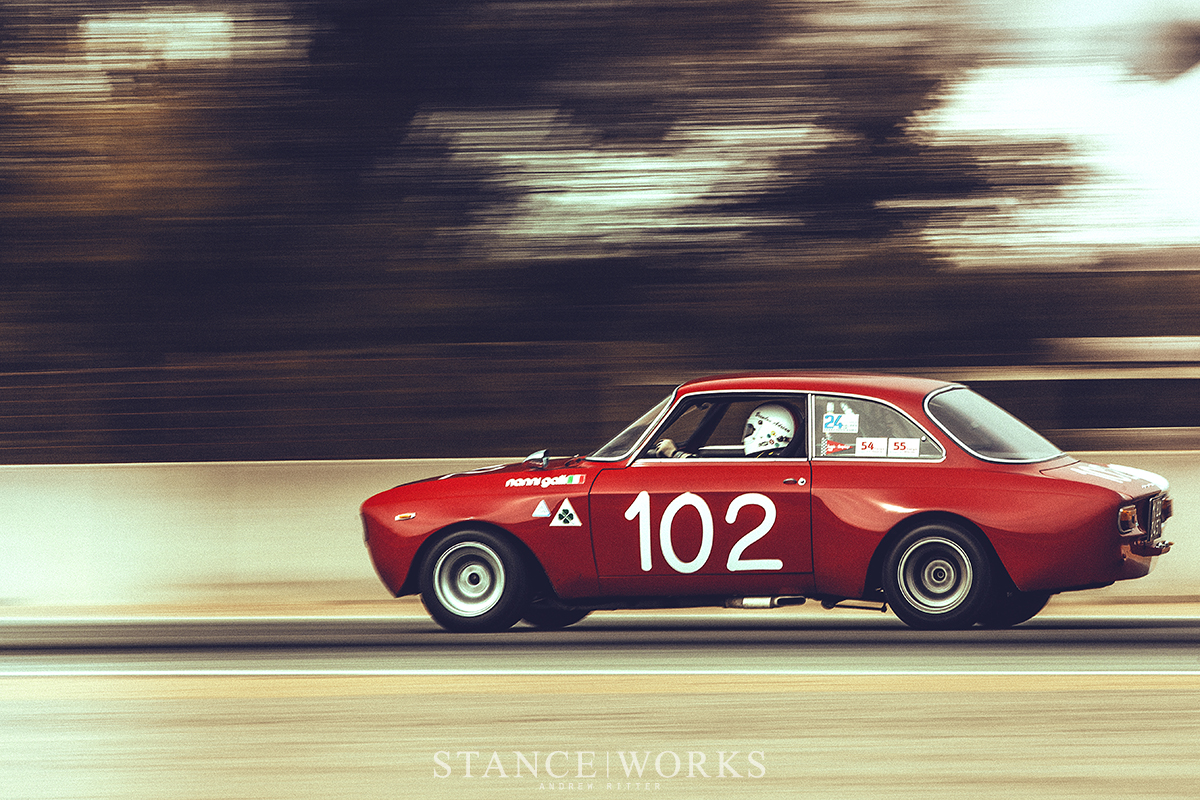 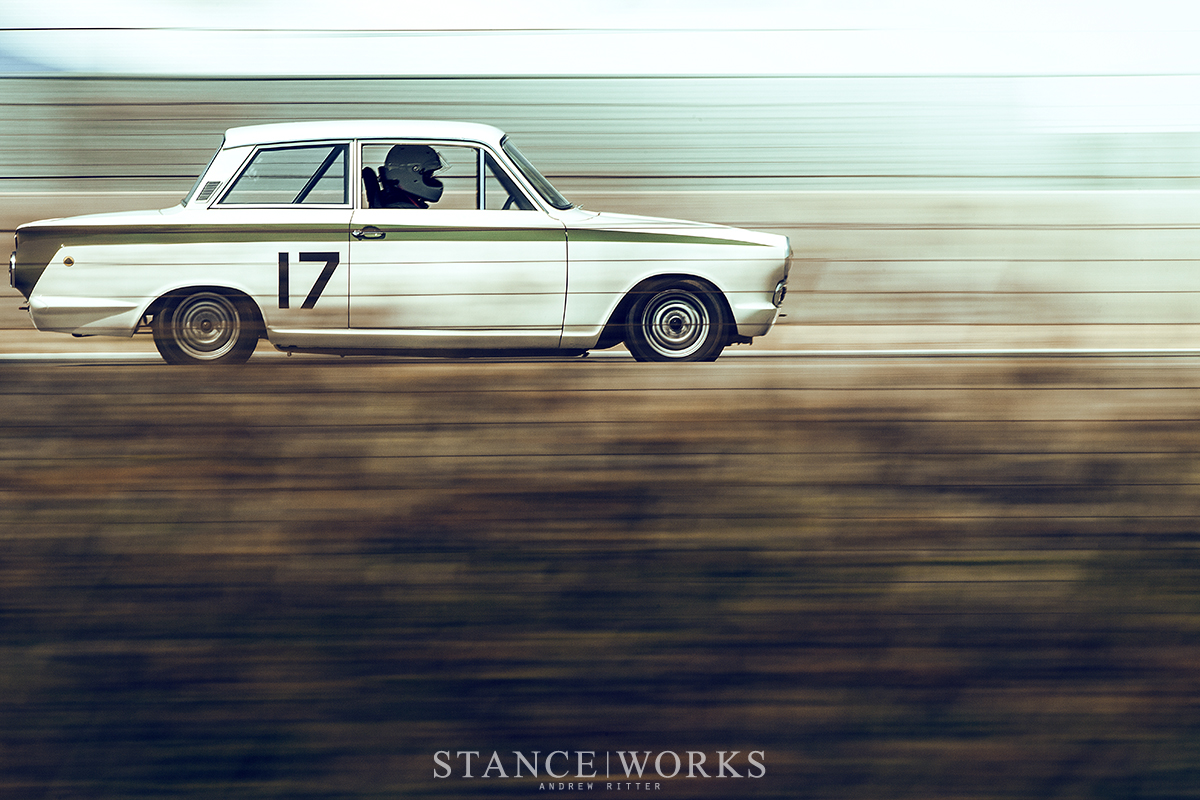 Spanning from the pre-war open-wheel racers to the wedge-shaped prototypes that dominated in the 80s, Laguna Seca's Motorsport Reunion is bound to have something for everyone. If your love lies in the fiberglass-clad brutes of the Group 5 IMSA era, there's a grid packed with CSLs, 935s, and RSRs meant for you. If you're like me, and you prefer the more mild class of early Porsches, Minis, and Alfa Romeos, there's a hearty competition that buzzes its way through the winding course with cars from the early years of TransAm racing.   Each class teleports you to a different moment in time, and gets your imagination running alongside the lead cars. The paddock lacks the frantic laptop tuning found in today's IMSA pits, while mechanics pore over carbs to a symphony of raspy exhaust notes. Small, humble trailers occupy the parking slots that are often reserved for the 18 wheelers that roll in on regular race weekends. It's an atmosphere that feels welcoming, and as you walk down each row, sometimes it feels near obtainable in ways, as many of the cars are rather simple in nature. With moderate engine tweaks, simple safety measures, and a suspension overhaul, Datsun 510s and BMW 2002s stand as shining examples of what our own classic builds could one day be. 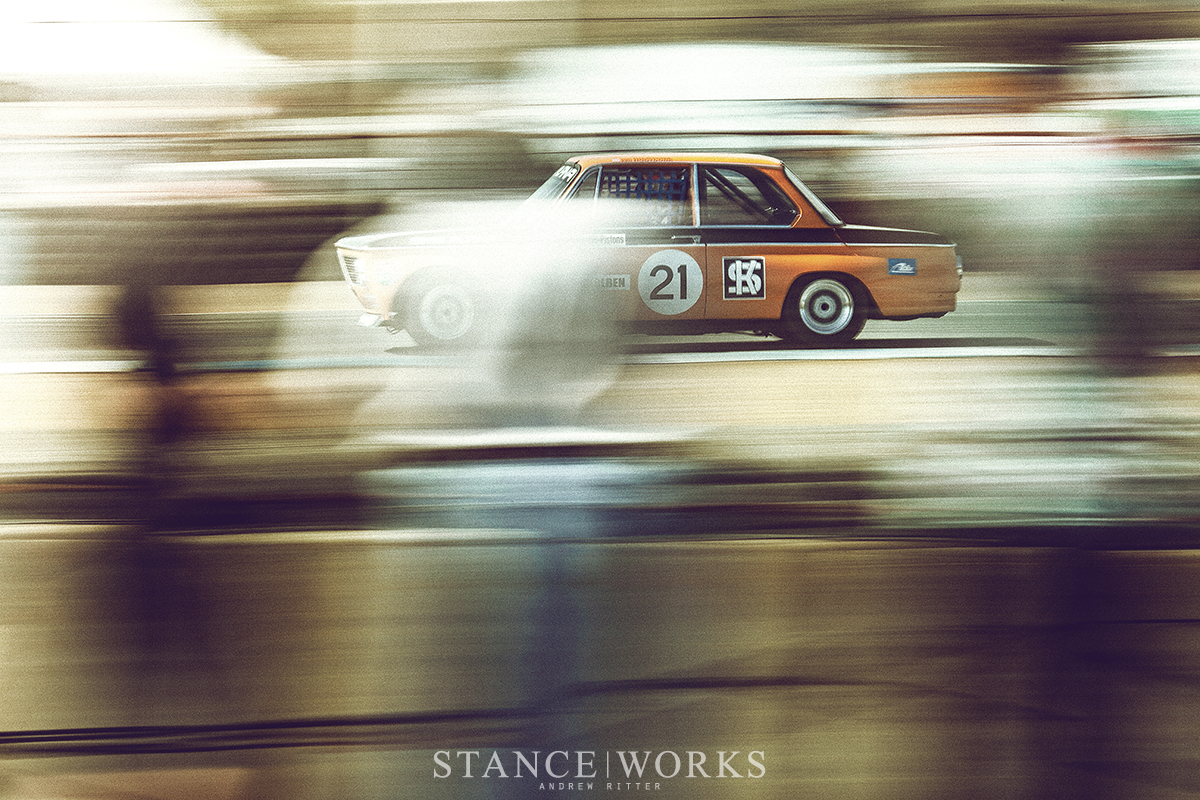 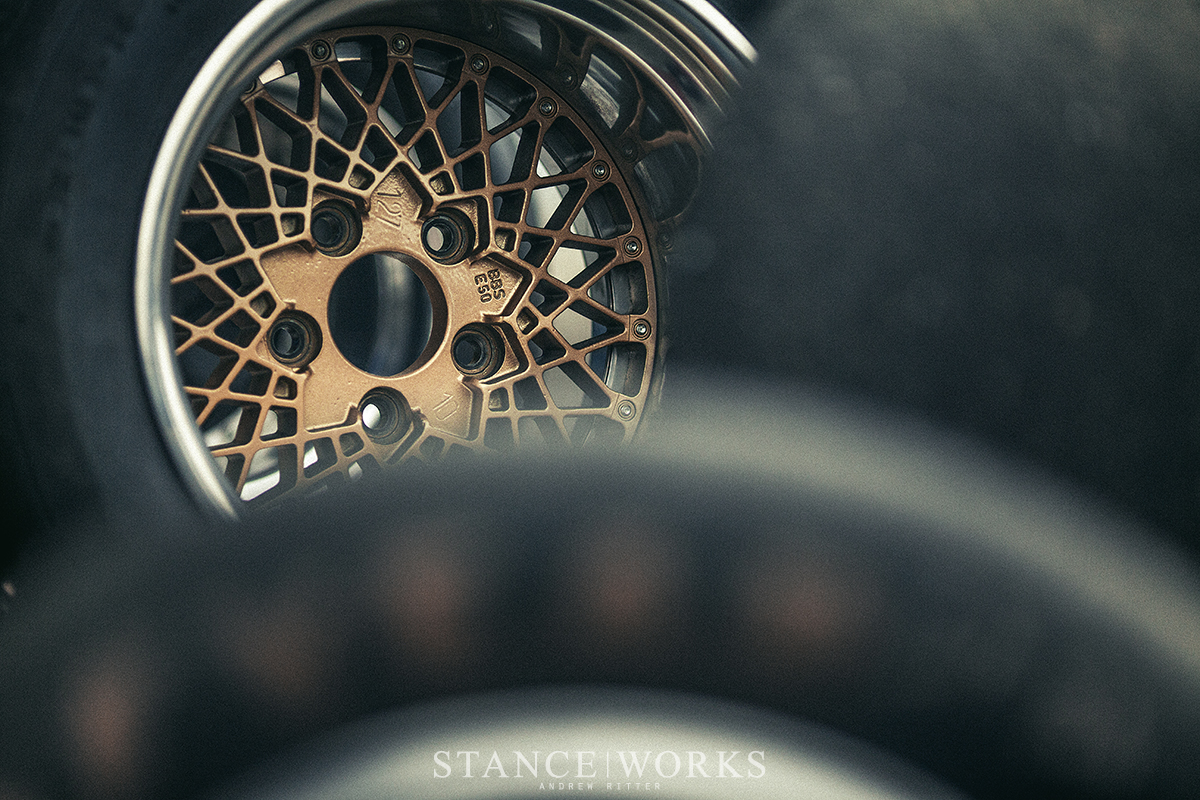 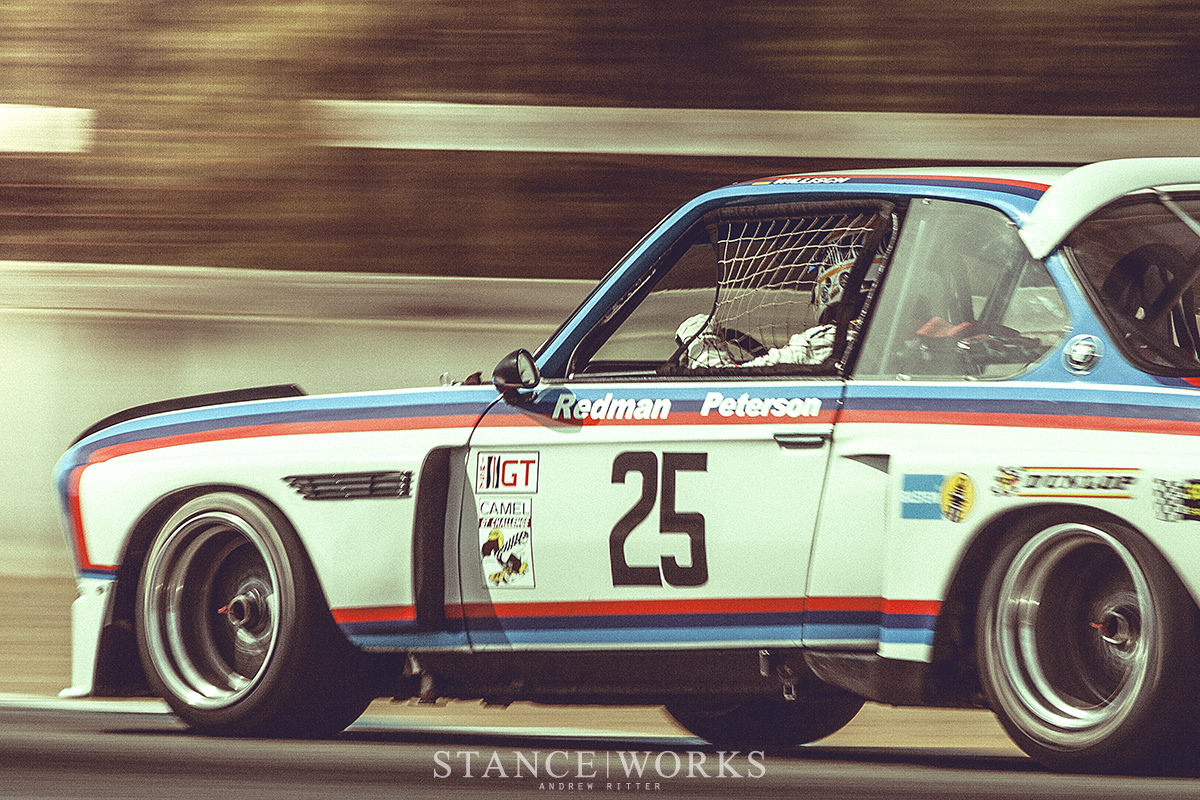 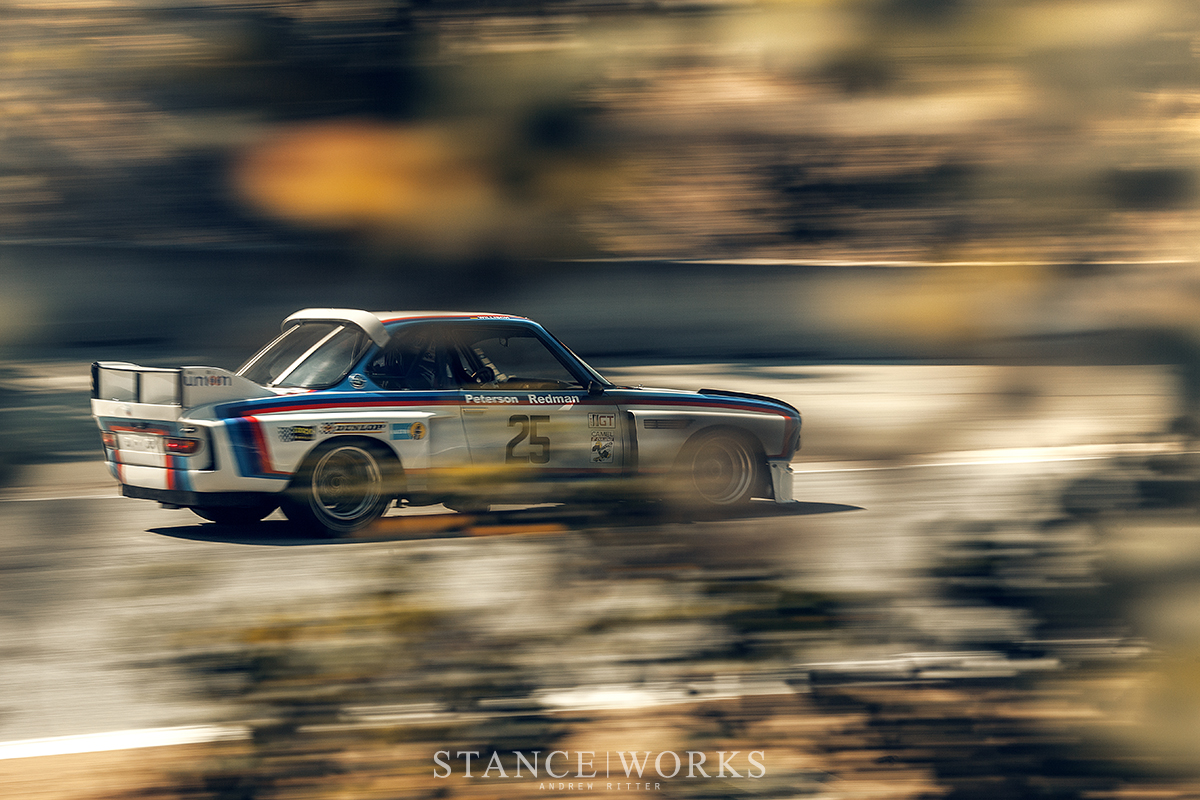 With camera in hand, I approach each year with hopes of continuing Laguna Seca's time travel through my photography as well. The inevitable warm tones of the summer-stricken hill sides and the gritty texture of foggy mornings and high ISOs all play to the same tone set by the old photography that I idolize. Back in the era when race safety seemed to come second or third, I still like to think that I'd be right there at the edge, dangling my camera in harm's way for the magic shot, but even behind concrete safety, I find myself transported back. Every year, the event goes down as one of my favorites and whenever anyone asks, it's the recommendation I give. The Rolex Monterey Motorsport Reunion is truly a step back in time and if you're a fan of vintage racing like we are, it's one you have to check out. I write this now partially out of a deep eagerness to return and partially to get the gears turning in your head. It's an event you don't want to miss. 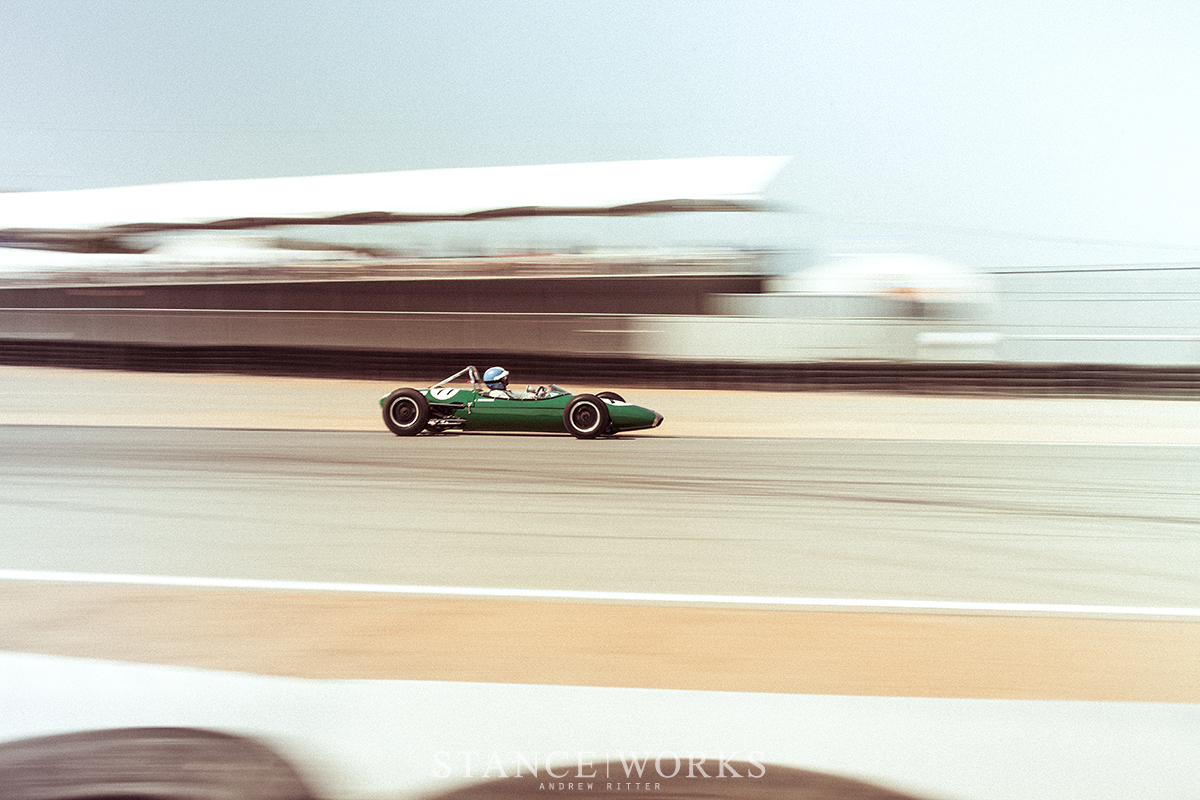 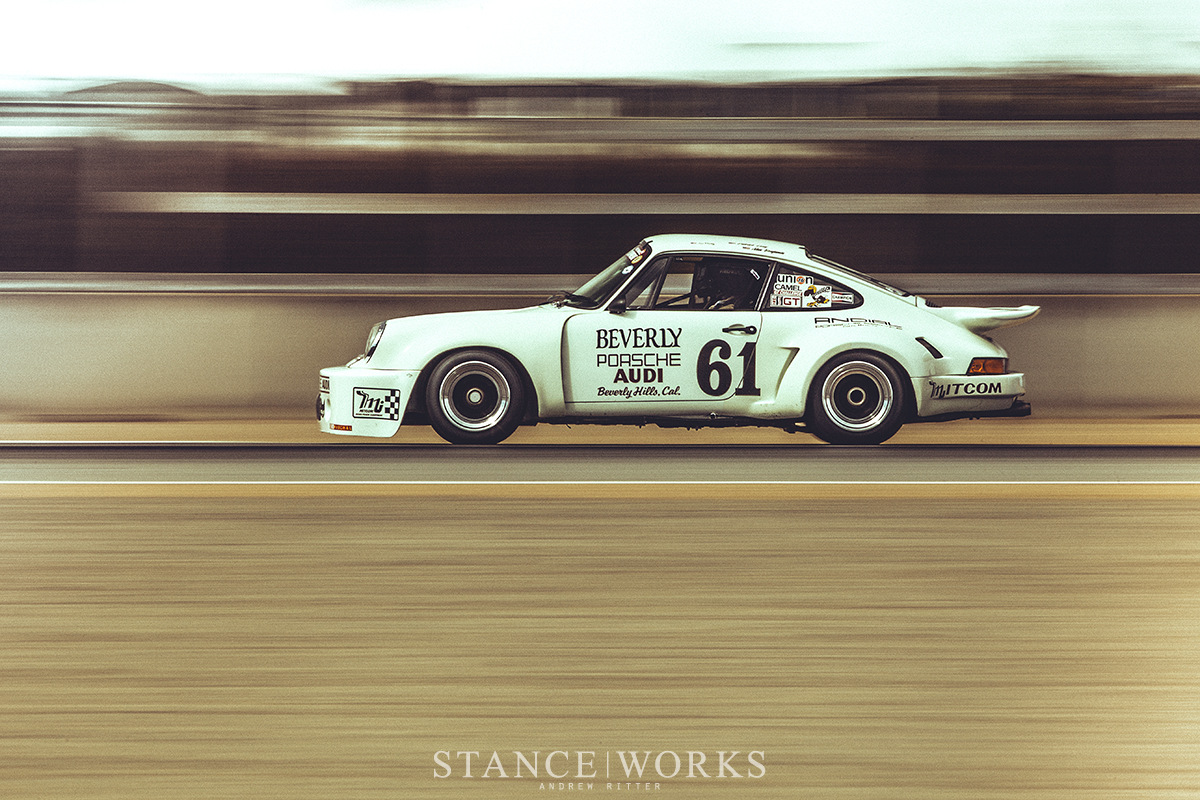 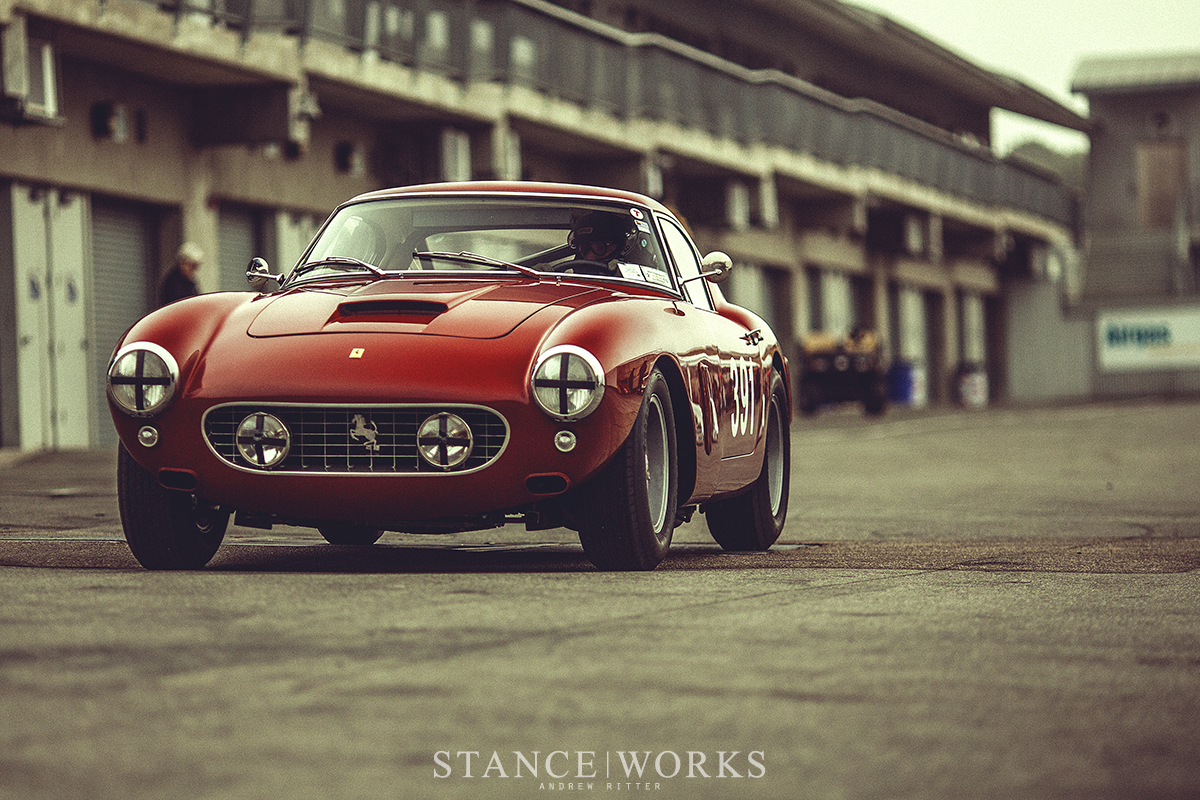 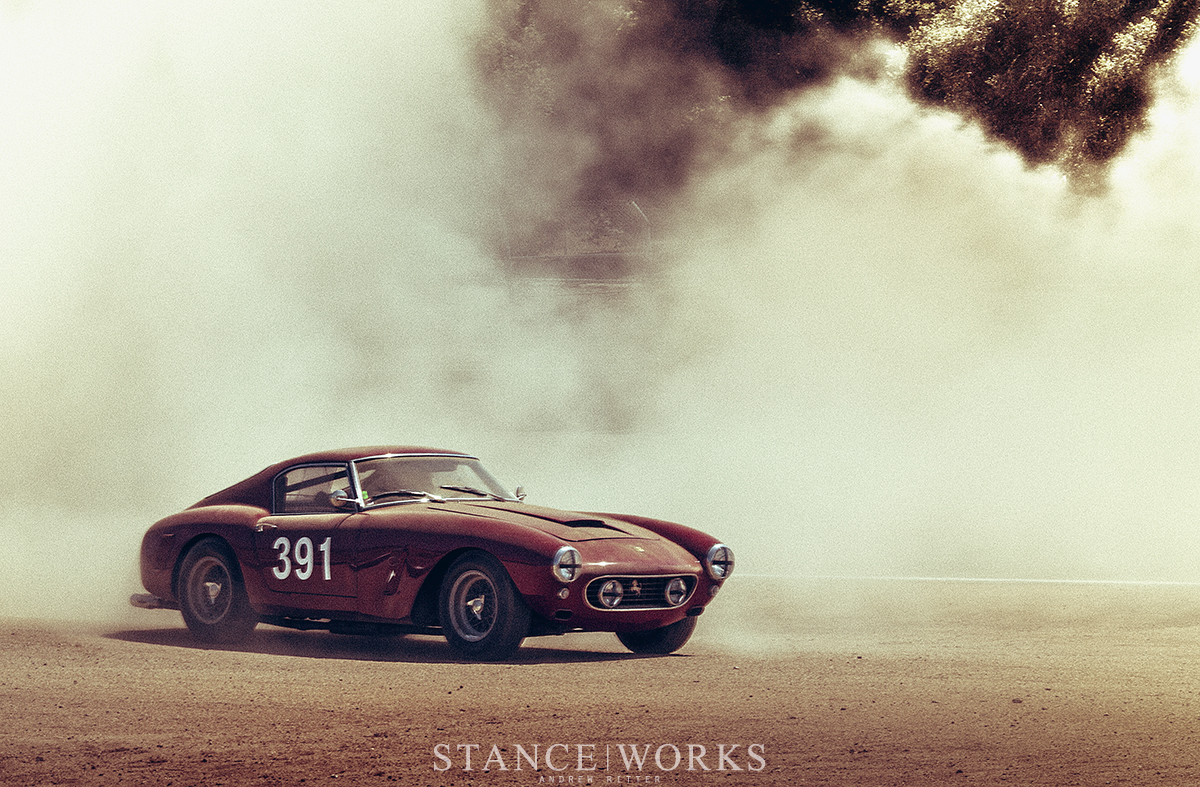 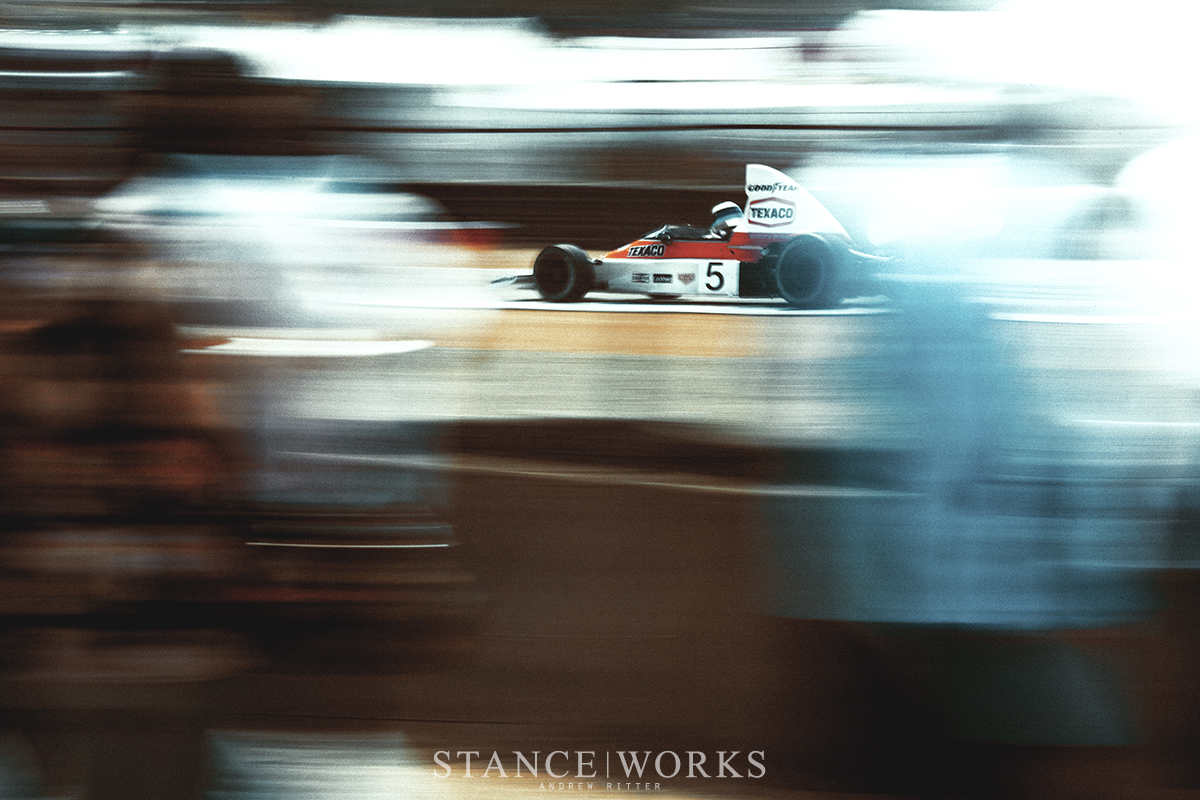 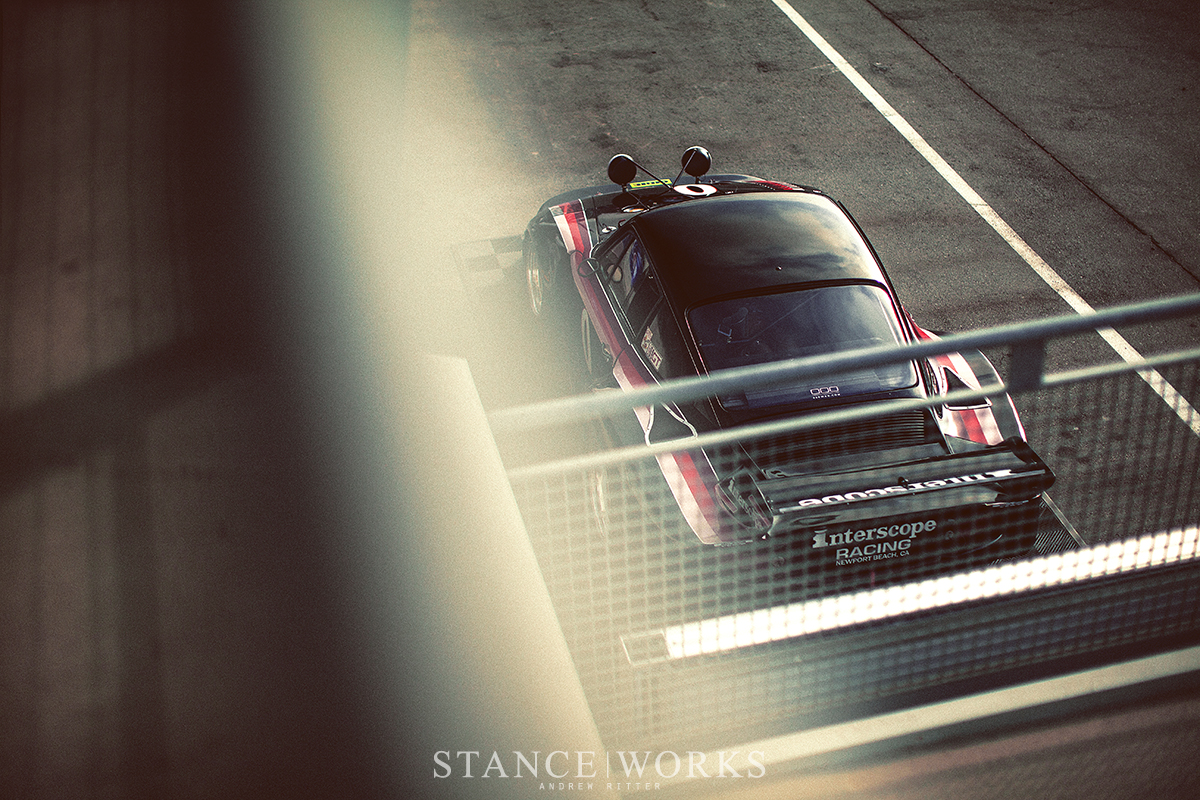 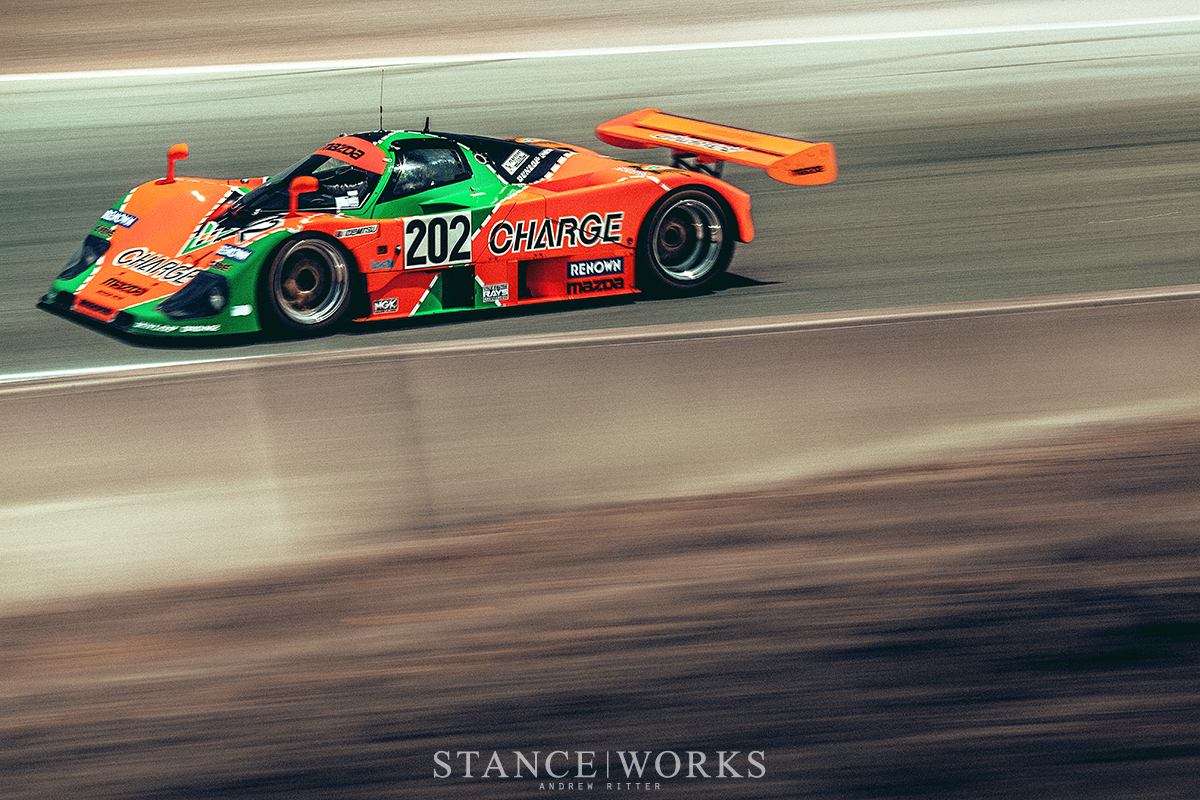 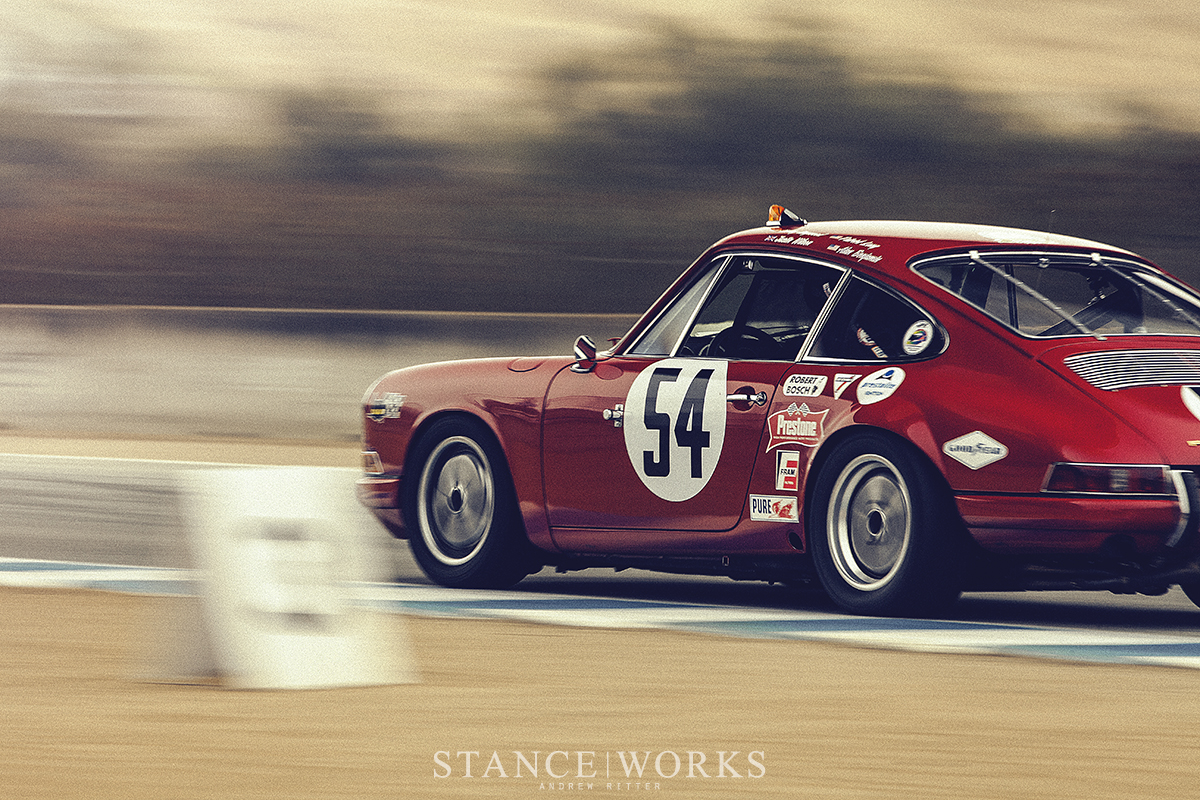 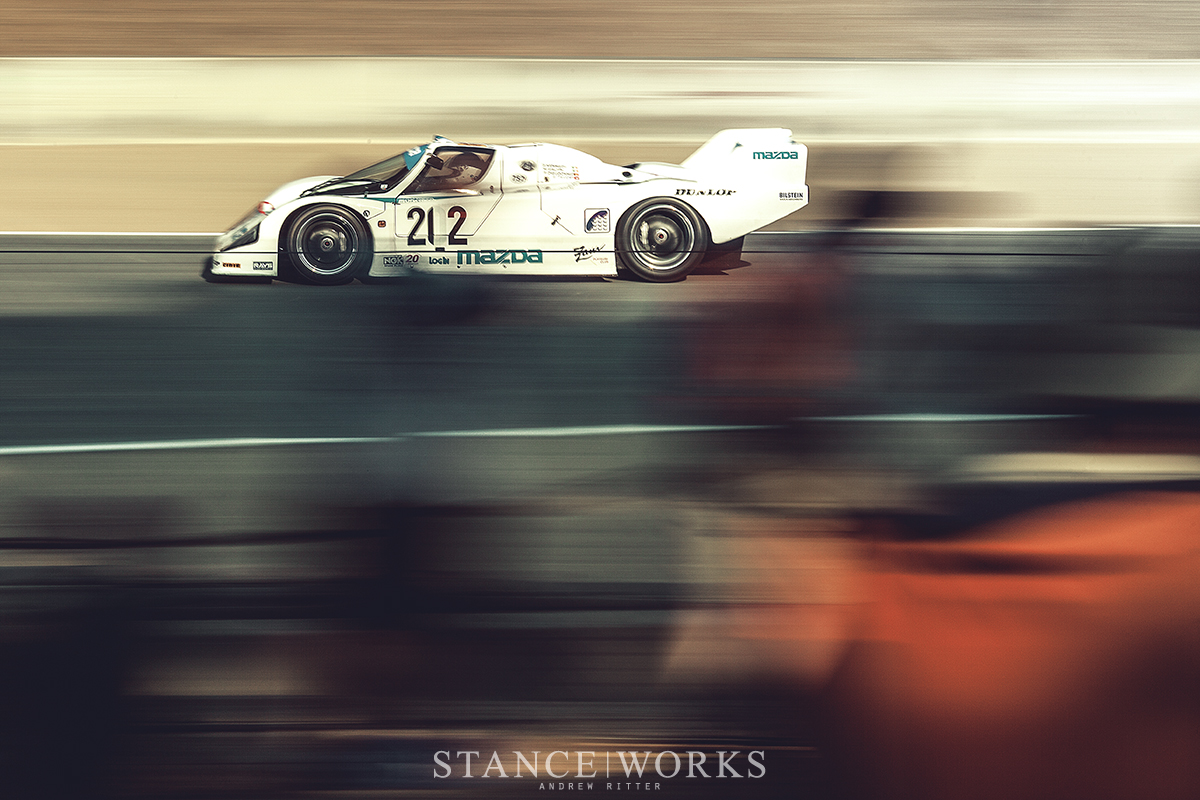 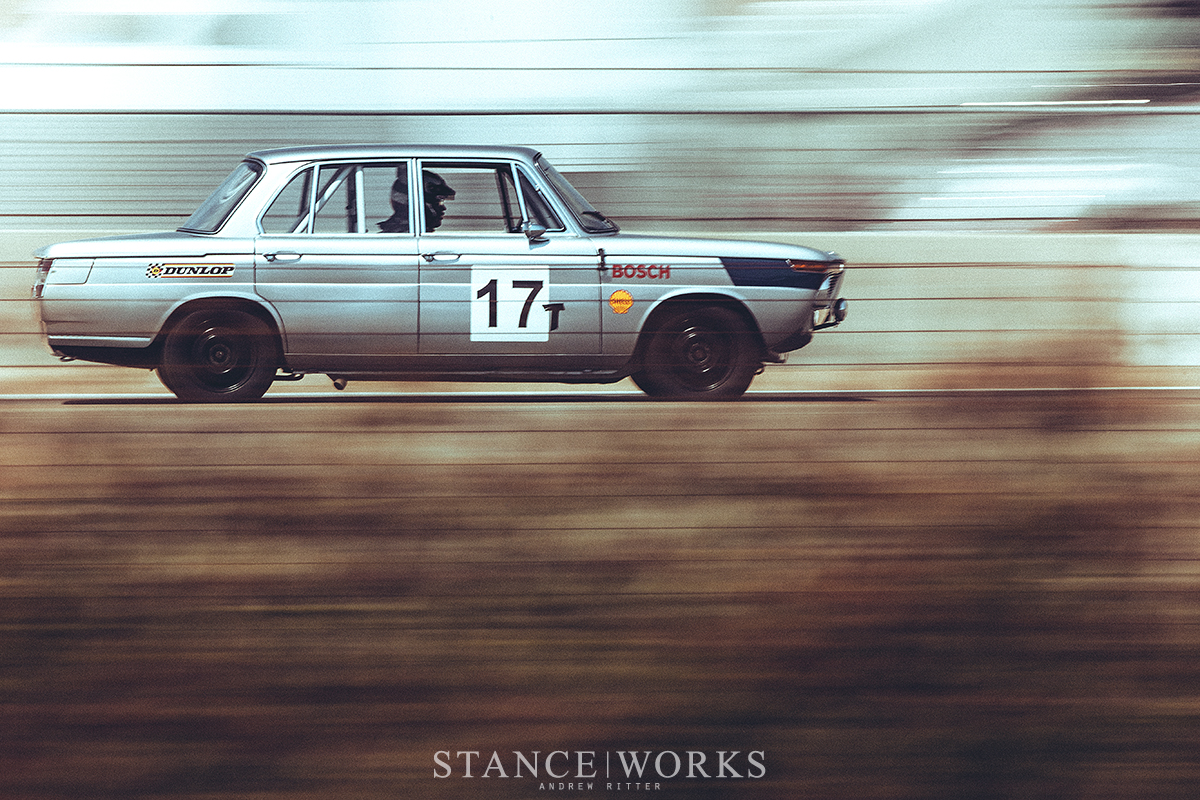 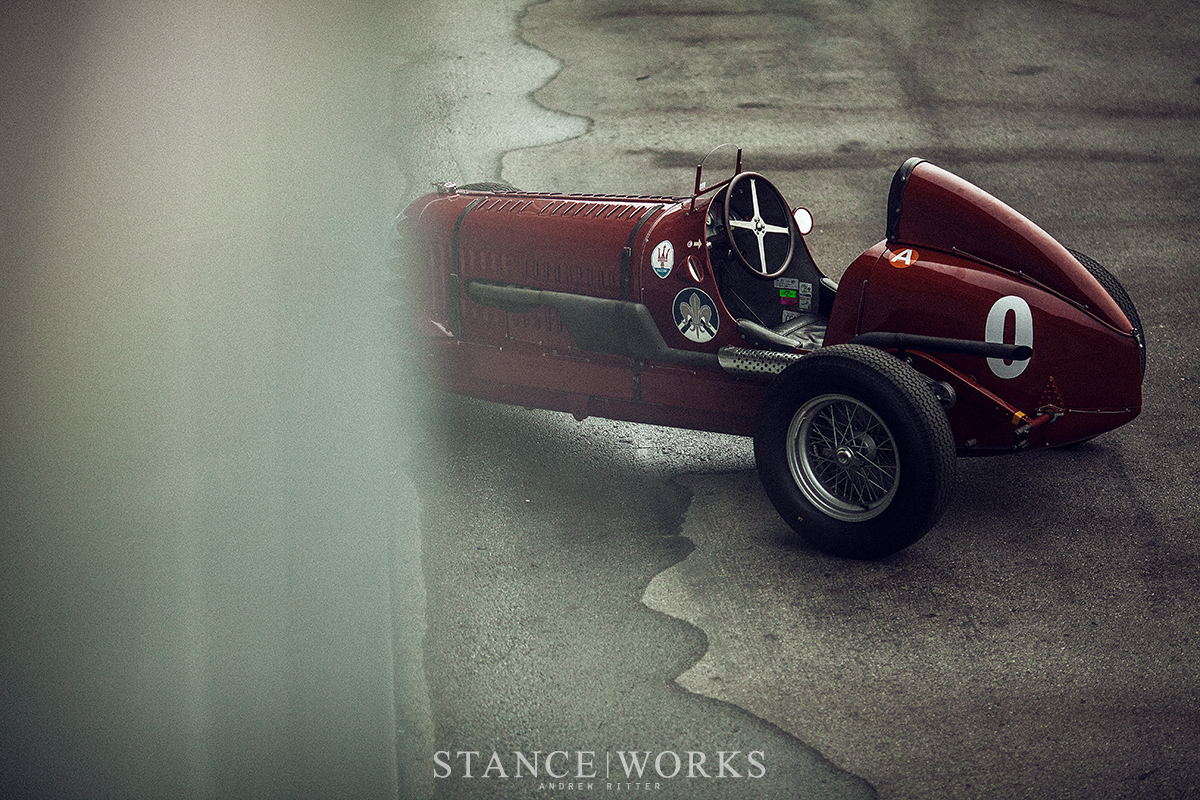 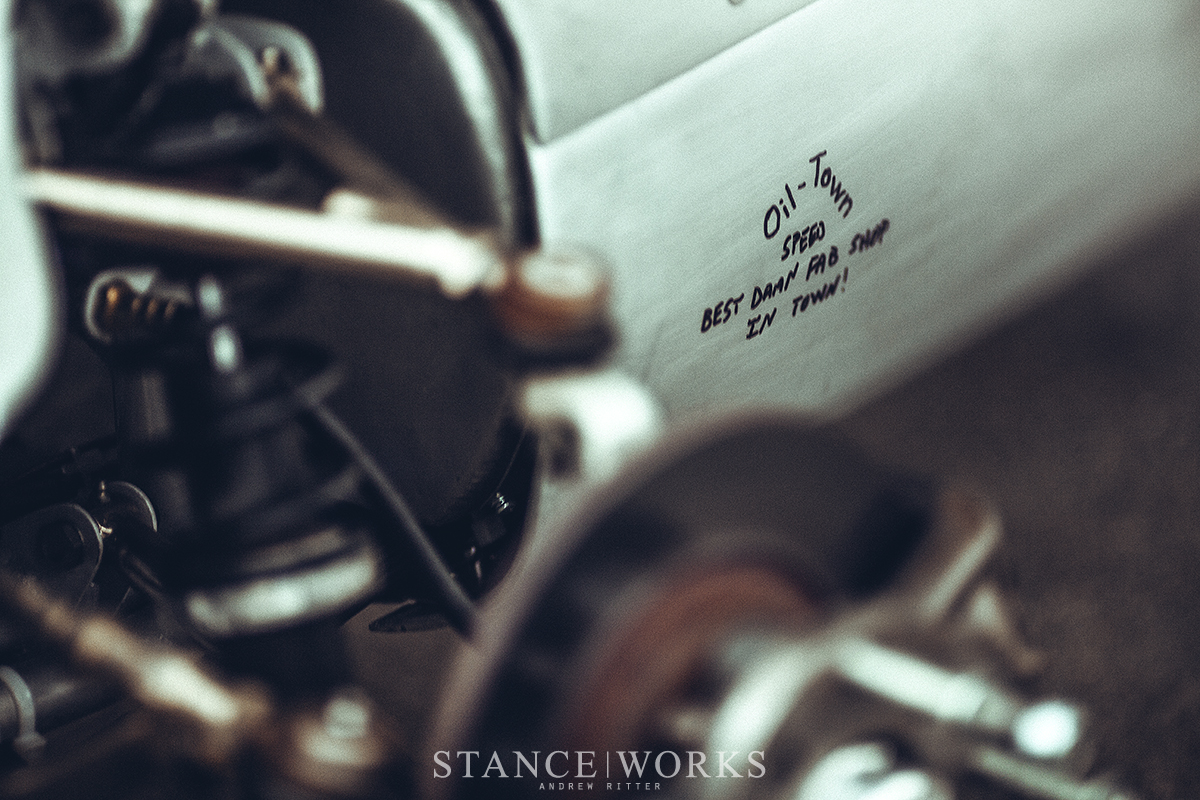 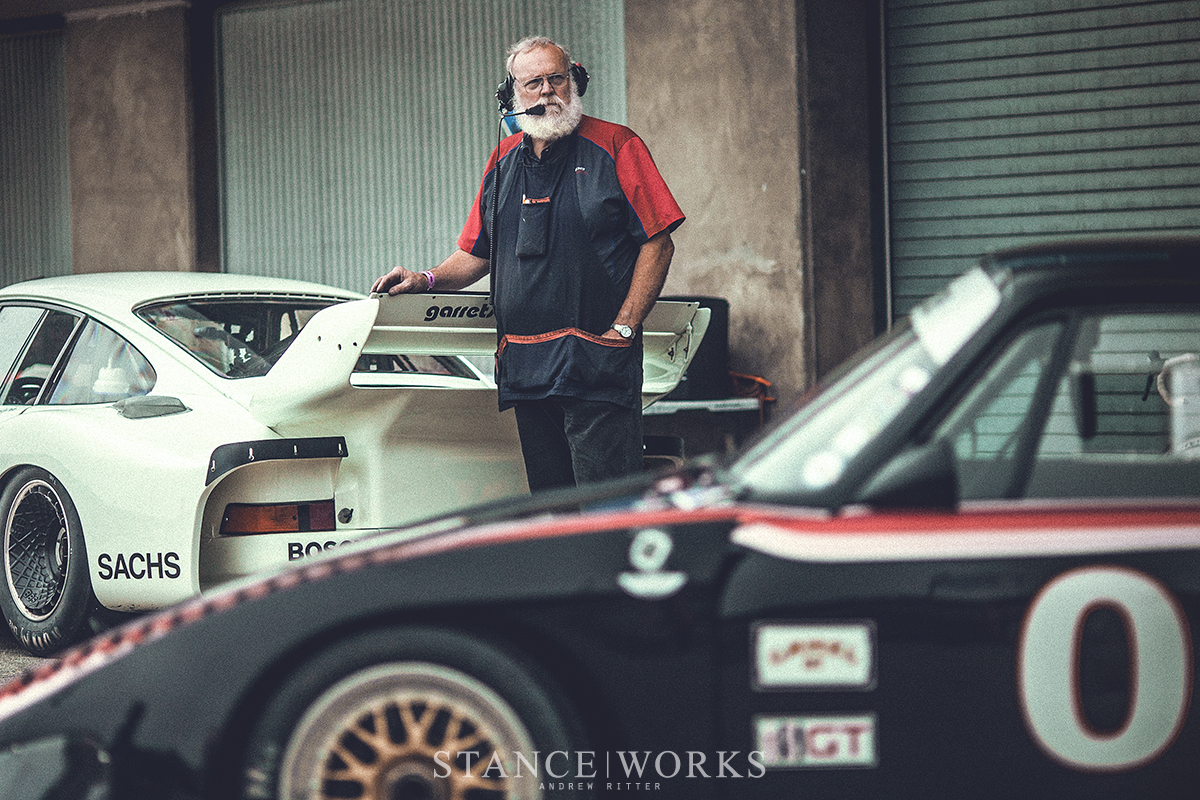 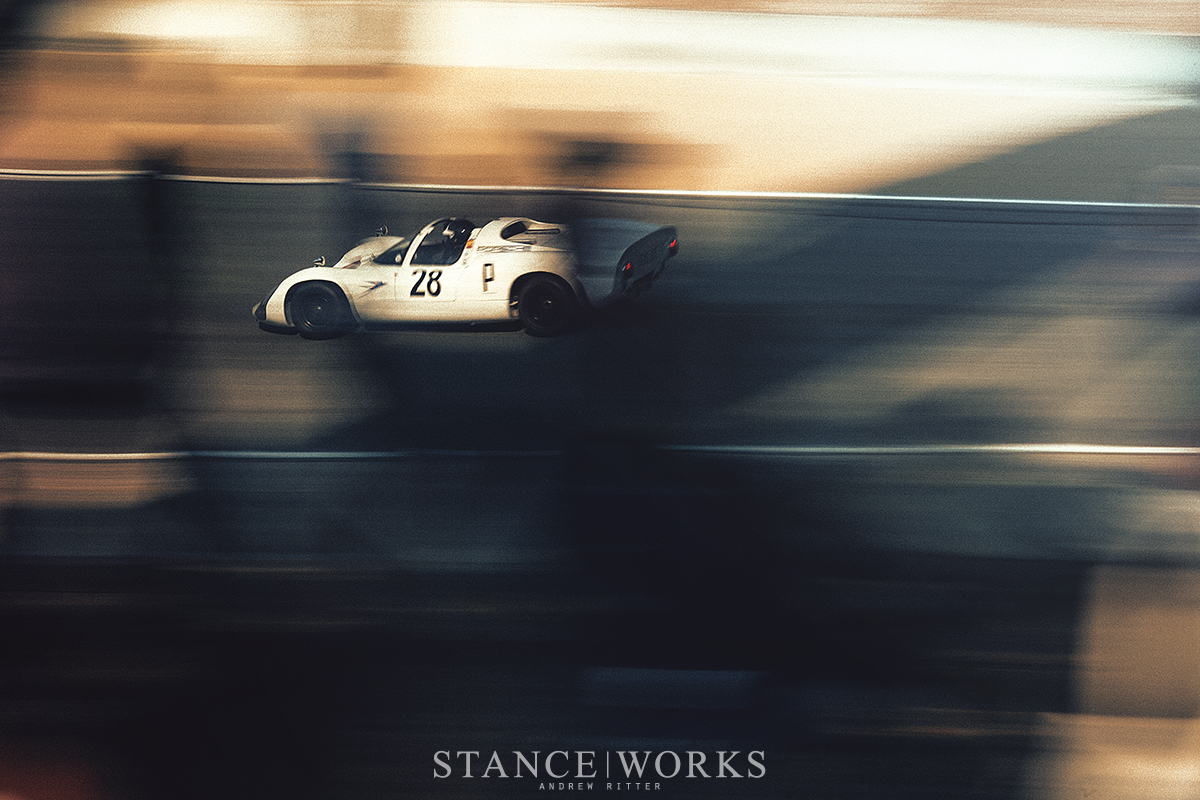 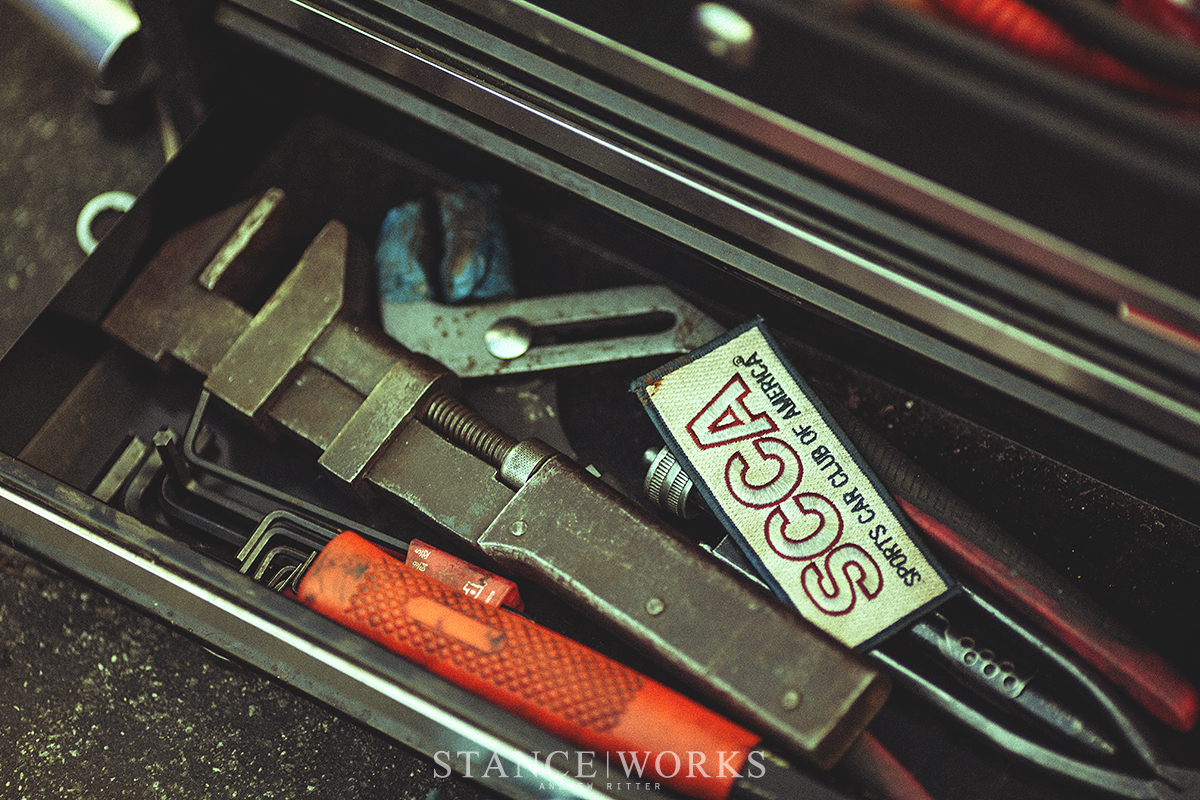 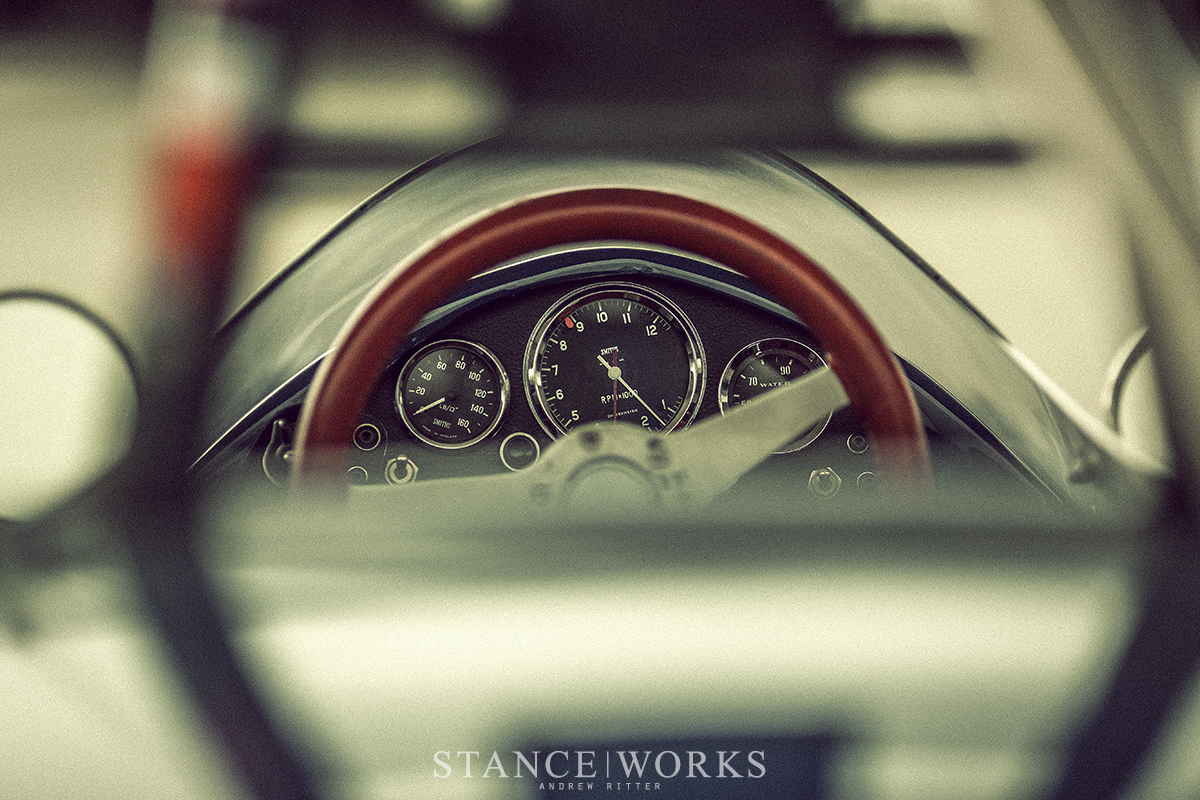 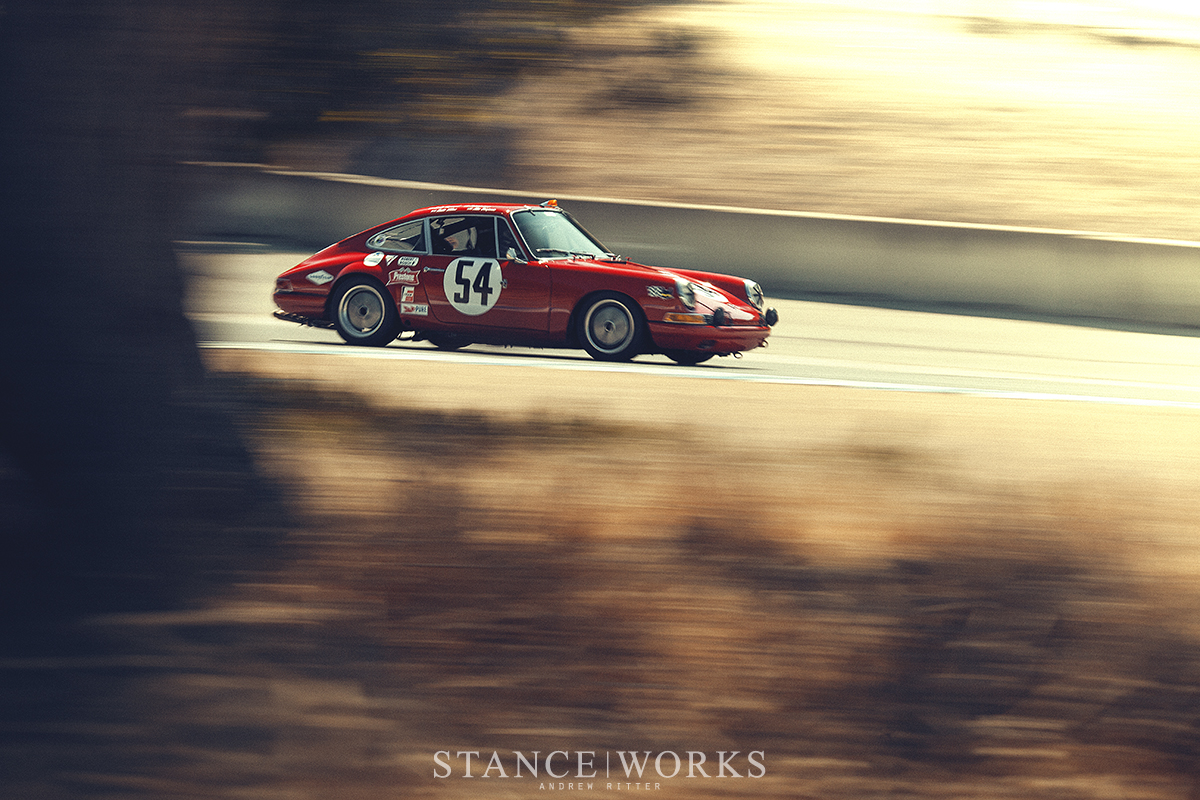 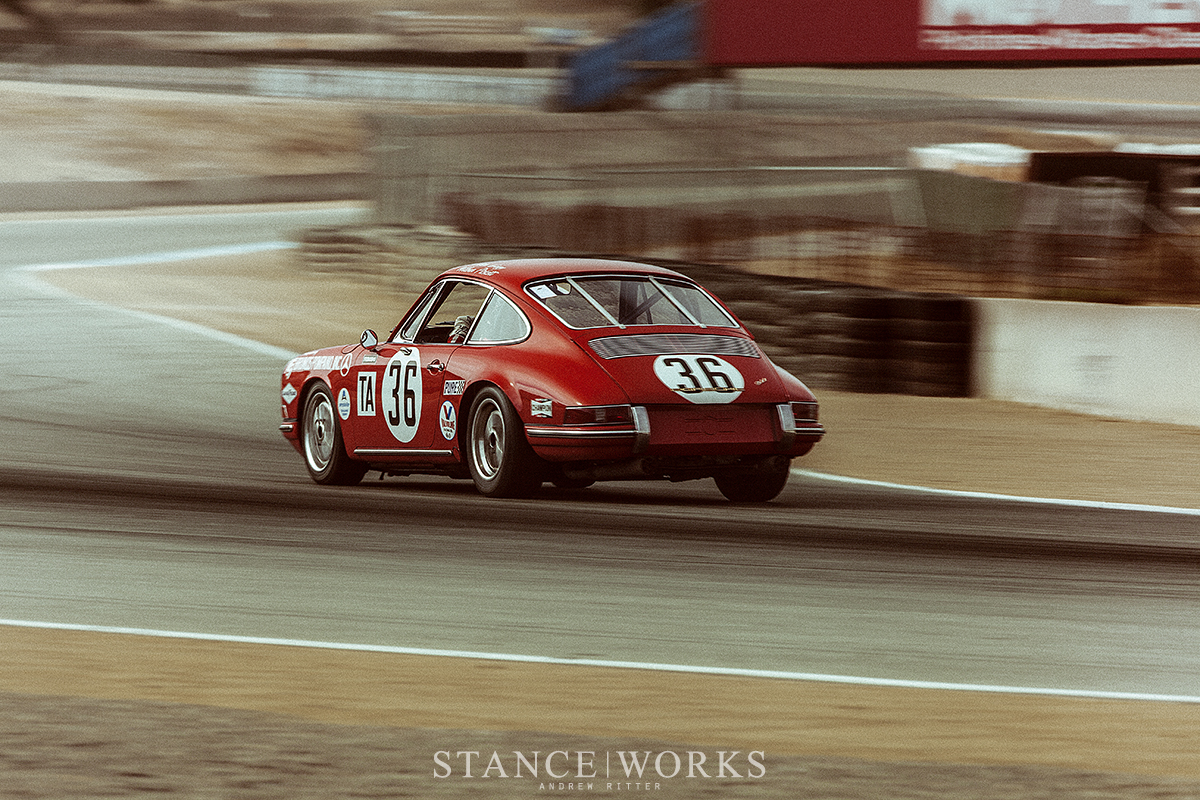 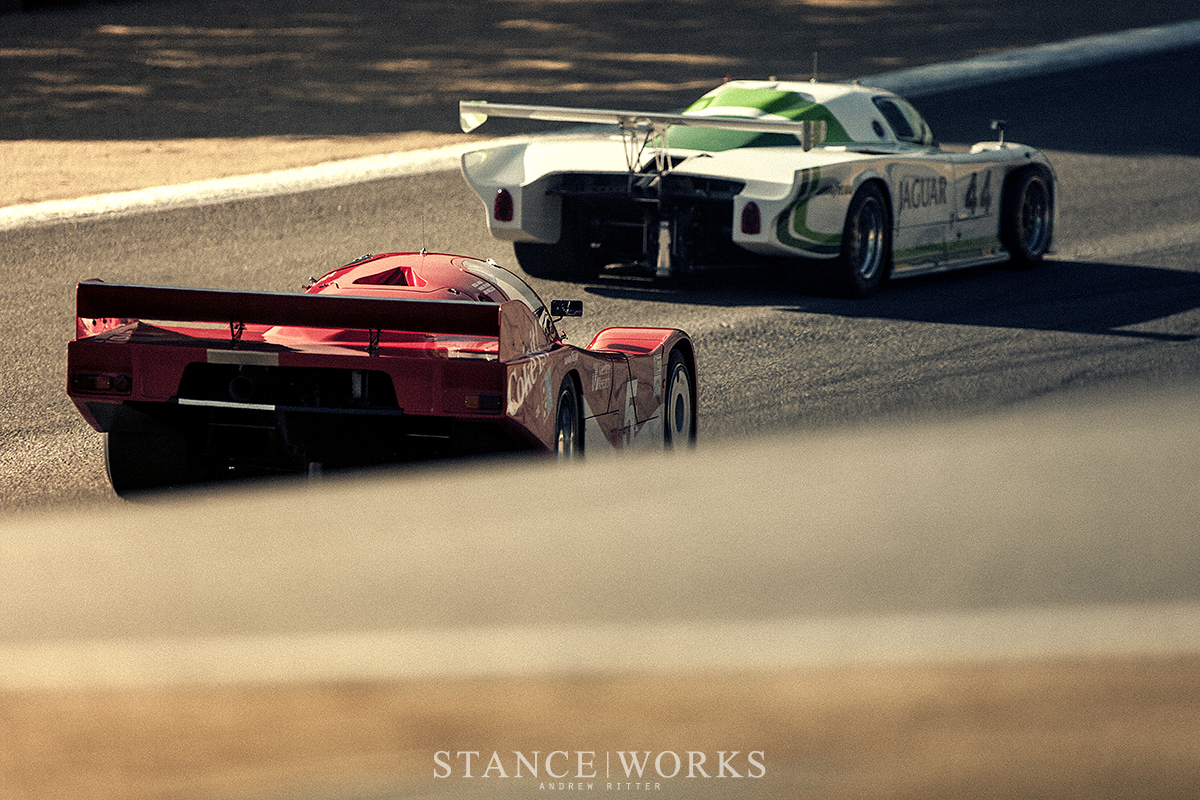