It was all the way back in 1990, when Rick Tolboom's parents bought him a racetrack toy set for his second birthday, that Rick's love for cars was ignited. "My dad always had a passion for fast cars," he said. Throughout Rick's childhood, his father participated in Dutch rally championships, as well as some road racing here and there. Rick grew up on the sidelines, watching his father do what he does best. "The funny thing is," Rick says, "is that this fast racing thing is such a big contrast compared to my Beetle, which gives me so much more satisfaction." 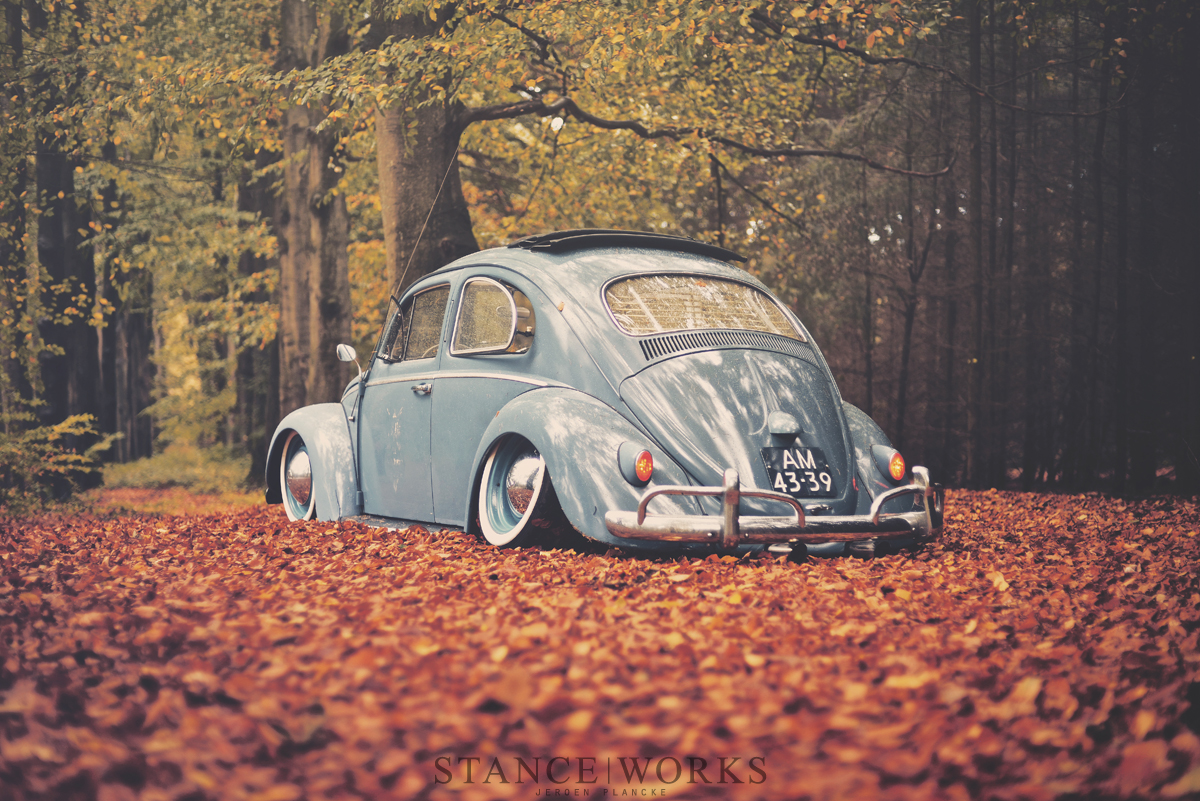 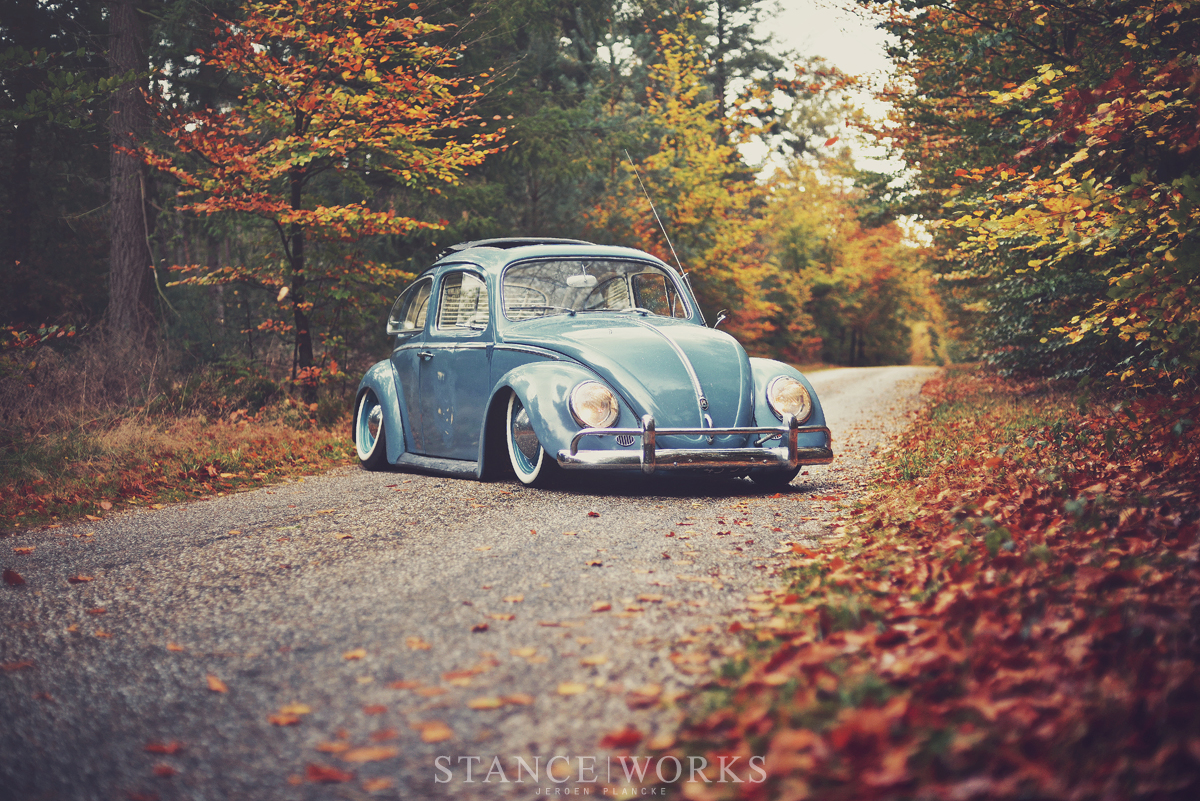 Rick's affair with the Volkswagen Beetle was an unexpected one. His initial search was for the perfect "sunny day" or "weekend" car, which he originally pictured as an Alfa Romeo GTV, or perhaps a Mini 1300, both of which speak to sheer driving pleasure; however, Rick is far from afraid to admit where his passions lie. Despite his father's history as a racing veteran, Rick prefers cars at a slower pace. Thus, one way or another, he found himself with a 1967 Beetle, stock in its entirety. 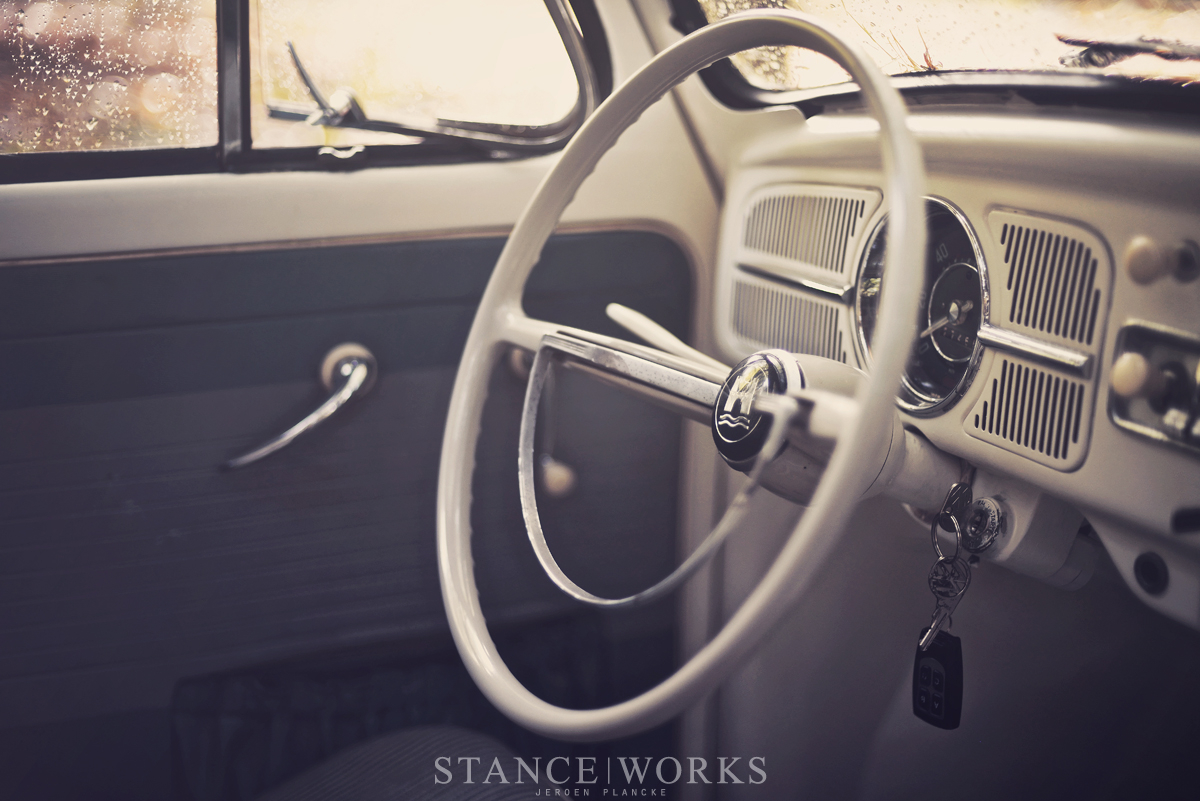 After only a short time, Rick got to narrowing the front beam, and purchased an air ride kit. Together with friends, he managed to do all the required work on the car to drop it, but honesty continues to shine through. "...To be honest, I did not really enjoy this part. Everything went wrong, and lot of stuff broke..." Rick says. "I know a lot of people love working on their cars, and I enjoy the stories of people who are passionate about this, but I'd rather leave it to them. I'm just not that good at it." 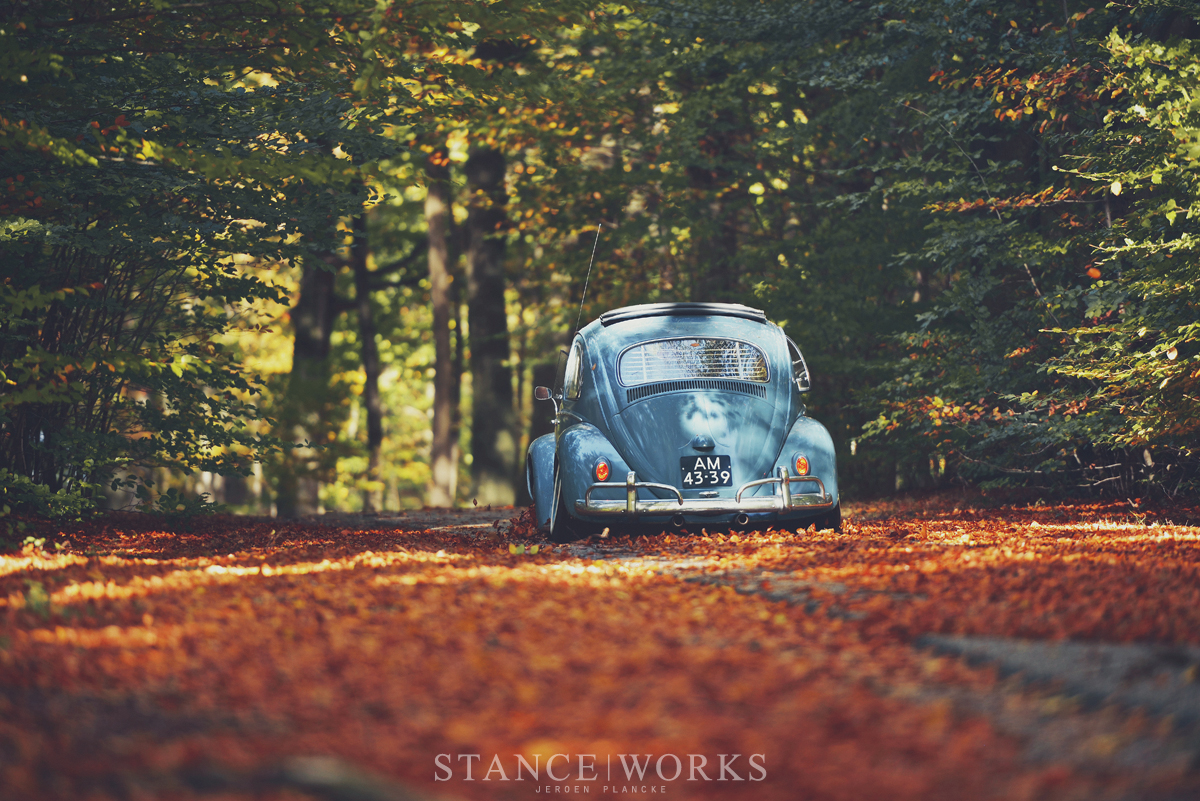 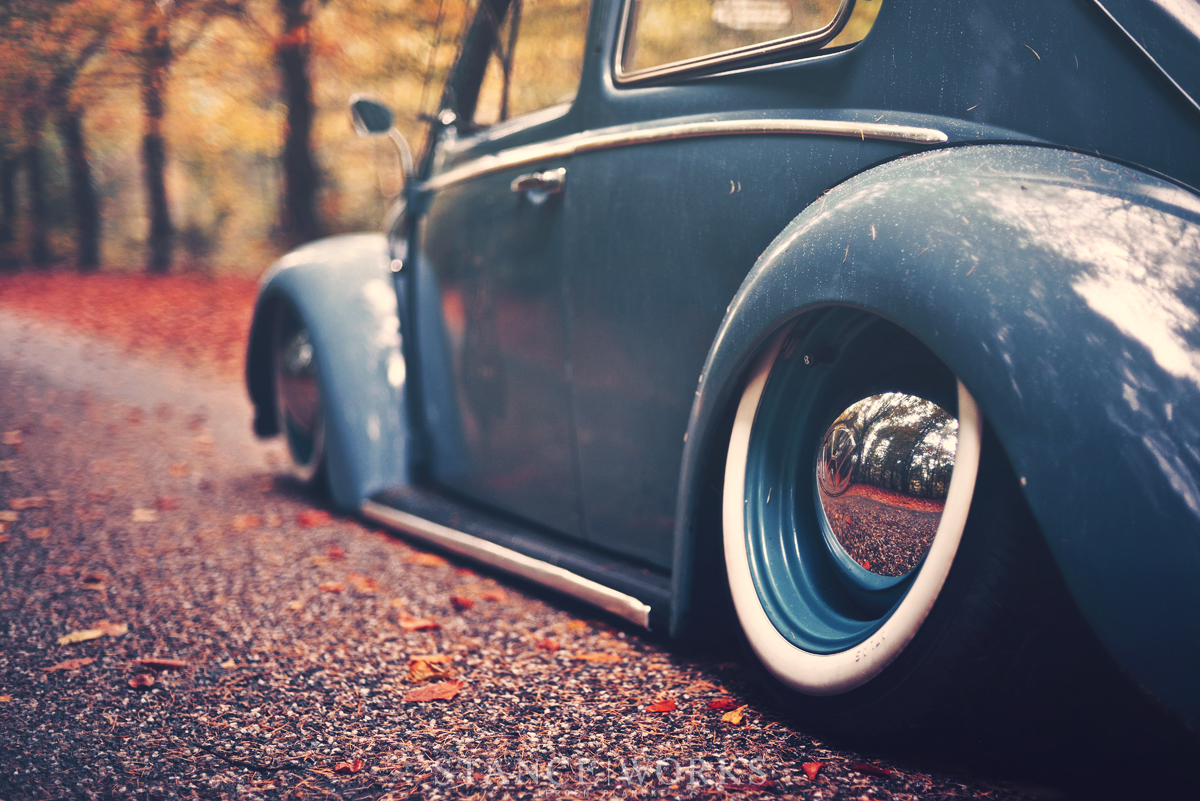 The results of his hard work were less than satisfying; the car didn't sit quite how he wanted, and throughout the process, he had fallen more and more in love with the Beetle's classic lines. He knew he had bought the wrong car. He knew the window lines of his '67 simply weren't right, so he listed the car for sale and began looking for an older model, one built between 1958 and 1960. 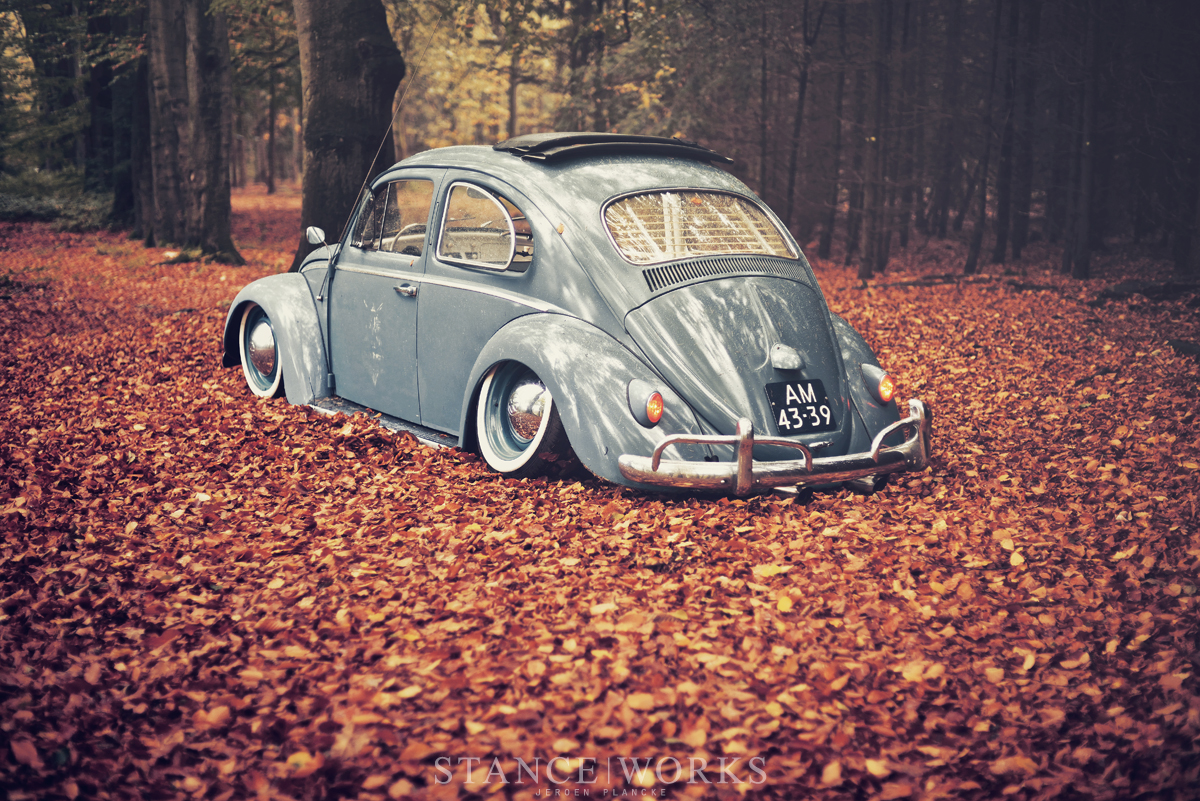 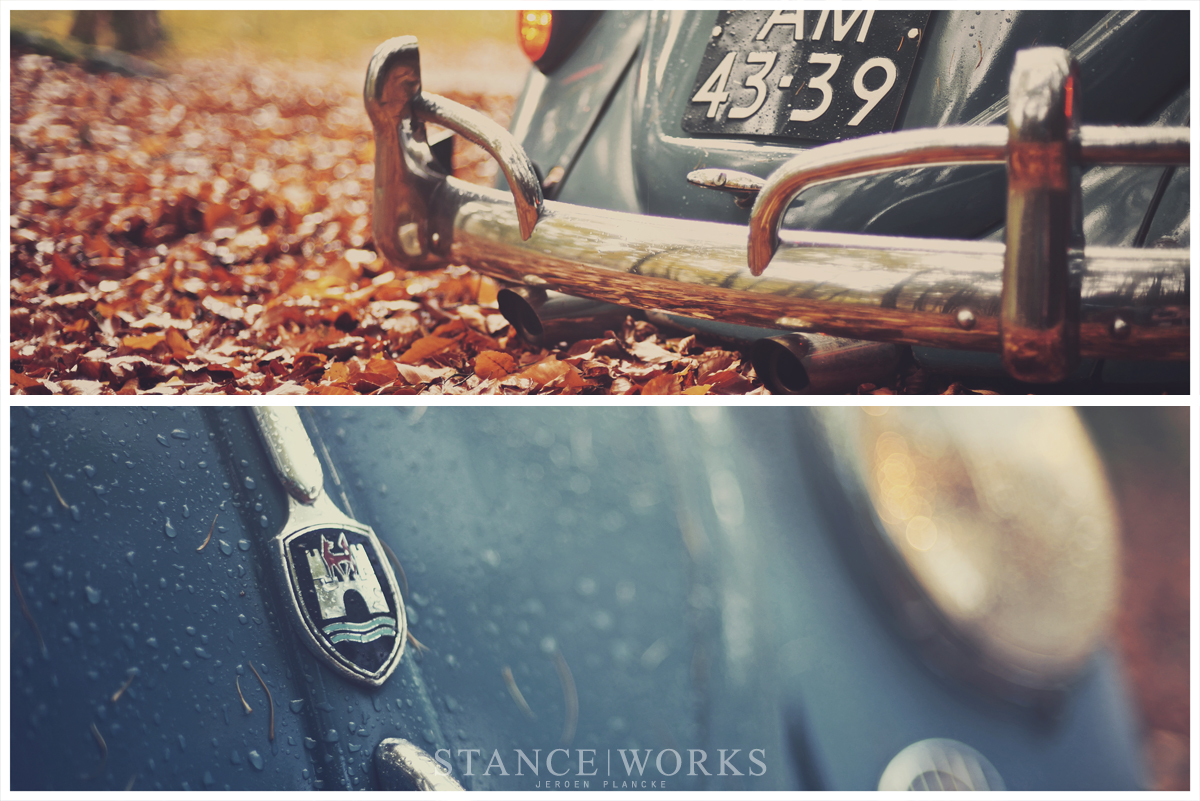 Rick crossed paths with an ad on the internet, and Rick knew it was the car he was looking for. The air ride had already been installed, the beam was already narrowed, and the gearbox was already raised. The hard work had been done, and he wanted to jump as soon as possible. He took a hit on the '67, selling it for lower than he had originally planned, but the loss was of no concern. "I had to have this blue bastard!" 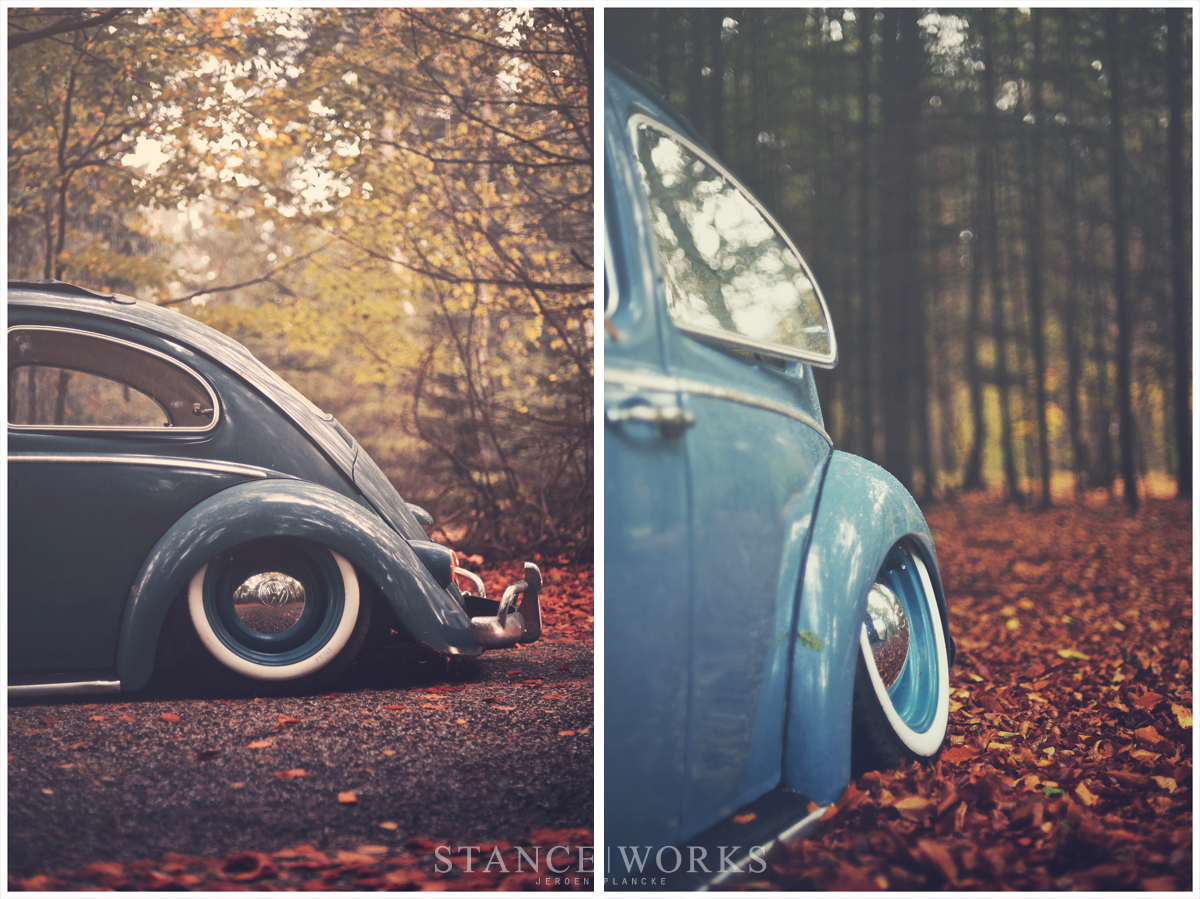 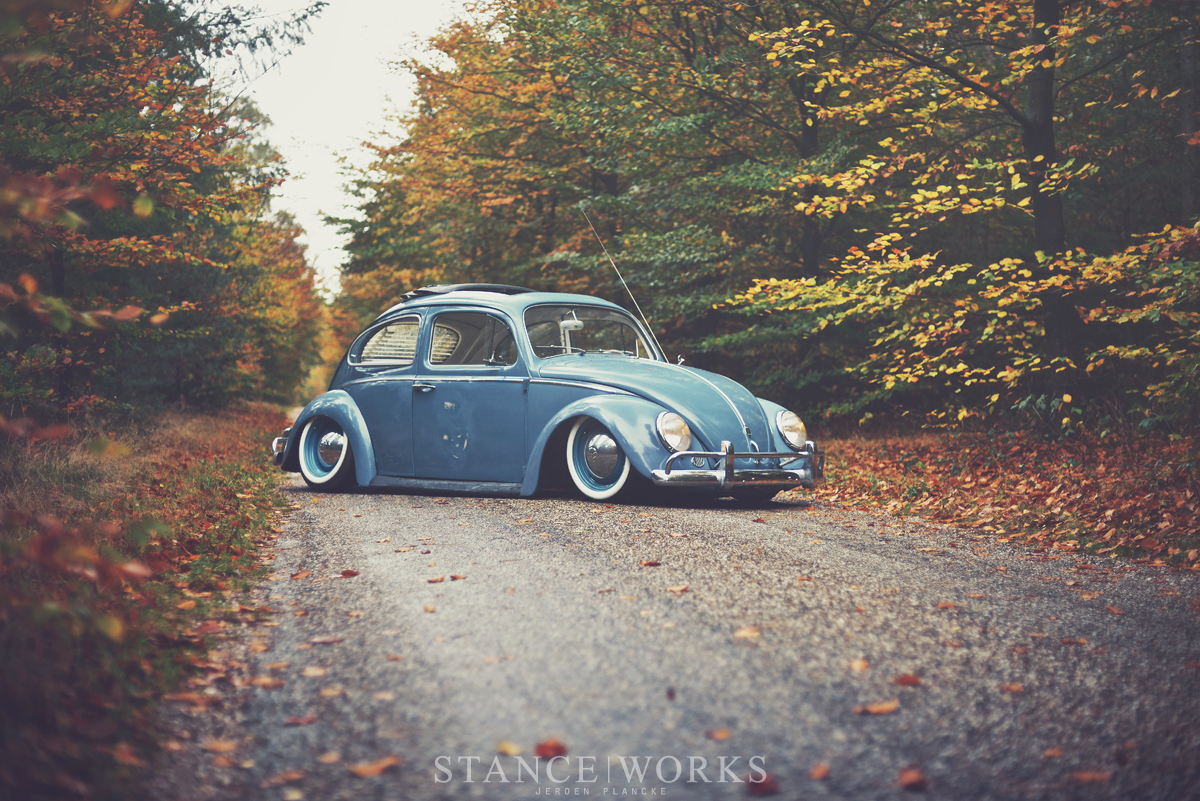 For many, buying a pre-existing project seems to lessen the fun, but for Rick, it was a blessing. The heavy lifting was done, but the car was still rough around the edges, giving him a chance to put his own touches on the car to complete it. The paint is dull and oxidized, offering hints of what seem to be true patina. Instead, the perfect shade of blue was achieved by a previous owner and a paint brush. Thoughts of a respray cross Rick's mind regularly, but when he sees pictures and reactions to the car, he finds himself unsure. 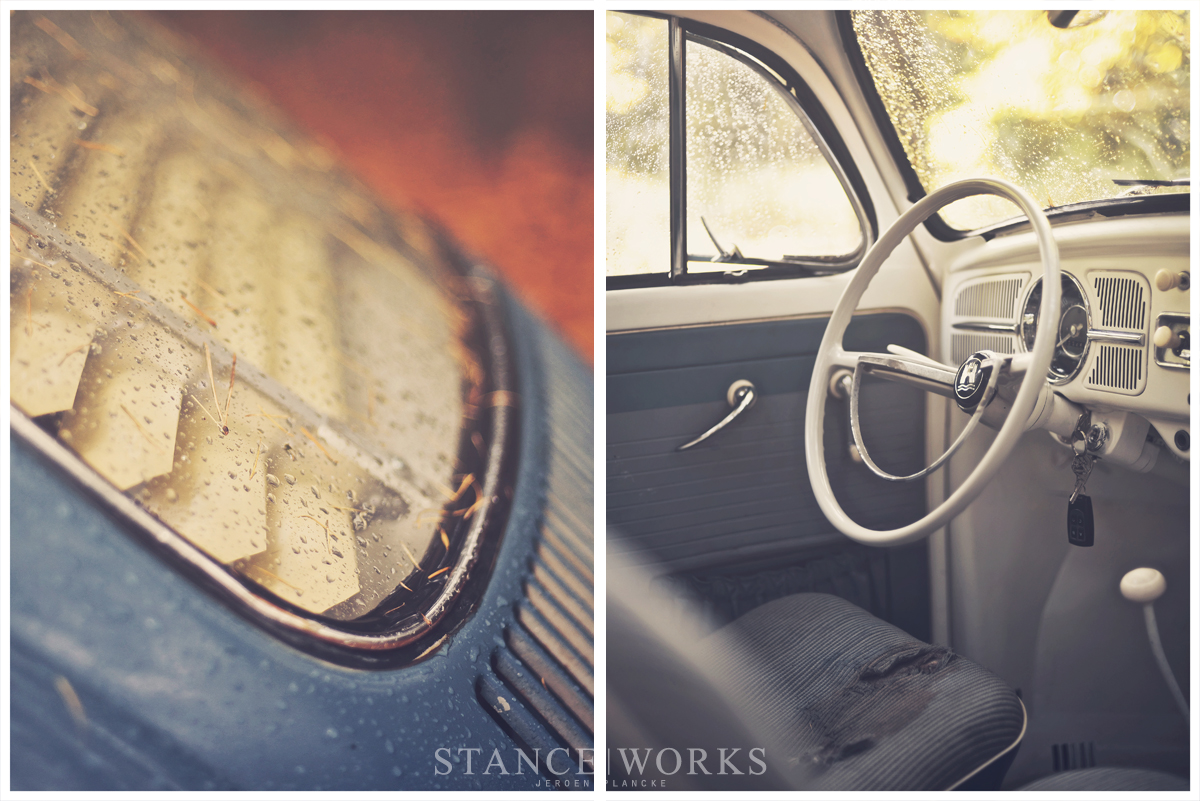 The interior of the Beetle was all-original, with the familiar stench of a moldy 1950s interior.  "There was mold in the entire coating, the roof, and panels. That was reason enough to clean it up." Rick and friends removed the seats, and spent days removing the old glue and trim. It was perhaps more than he anticipated biting off, but it only foreshadowed what he was truly about to undertake. "During the work we were having beers, and we sat down to look at the work we had done so far," Rick tells me. He found himself complaining that the car still wasn't quite low enough, much to the surprise of his friends. To them, it was a car that was already laid out, but Rick saw glimmers of light underneath. 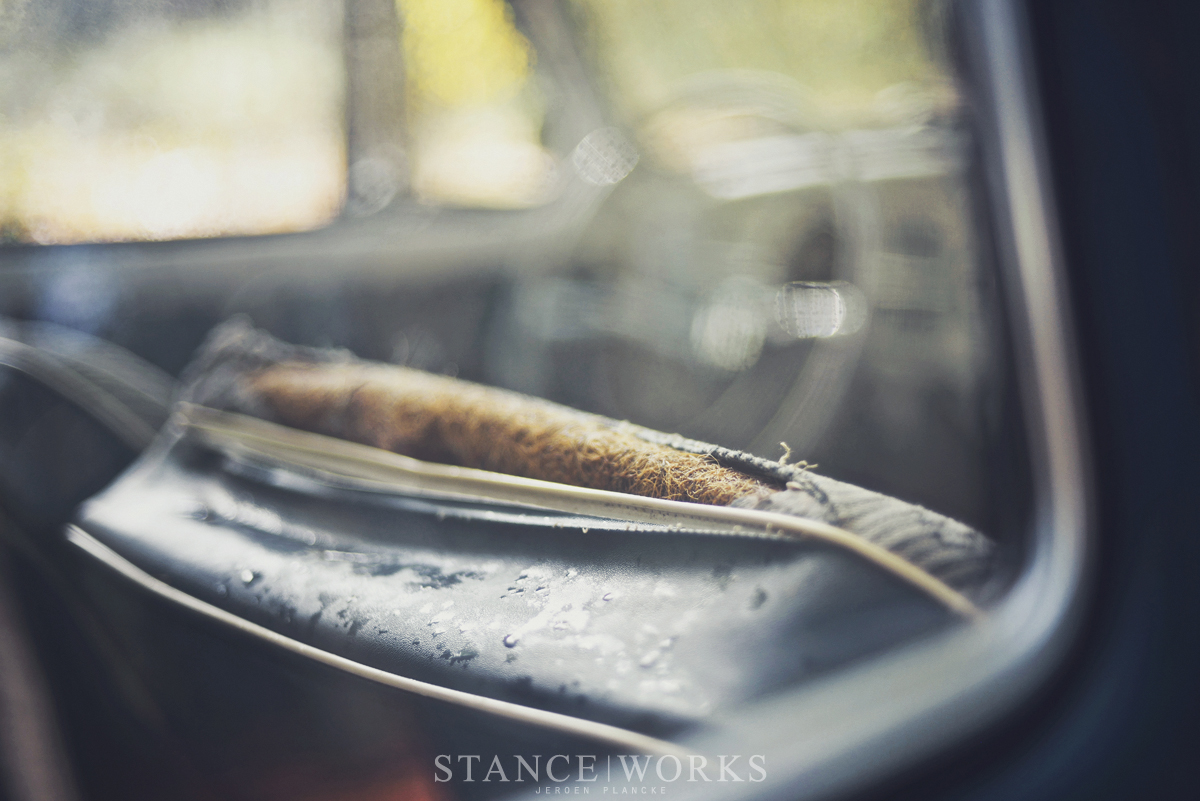 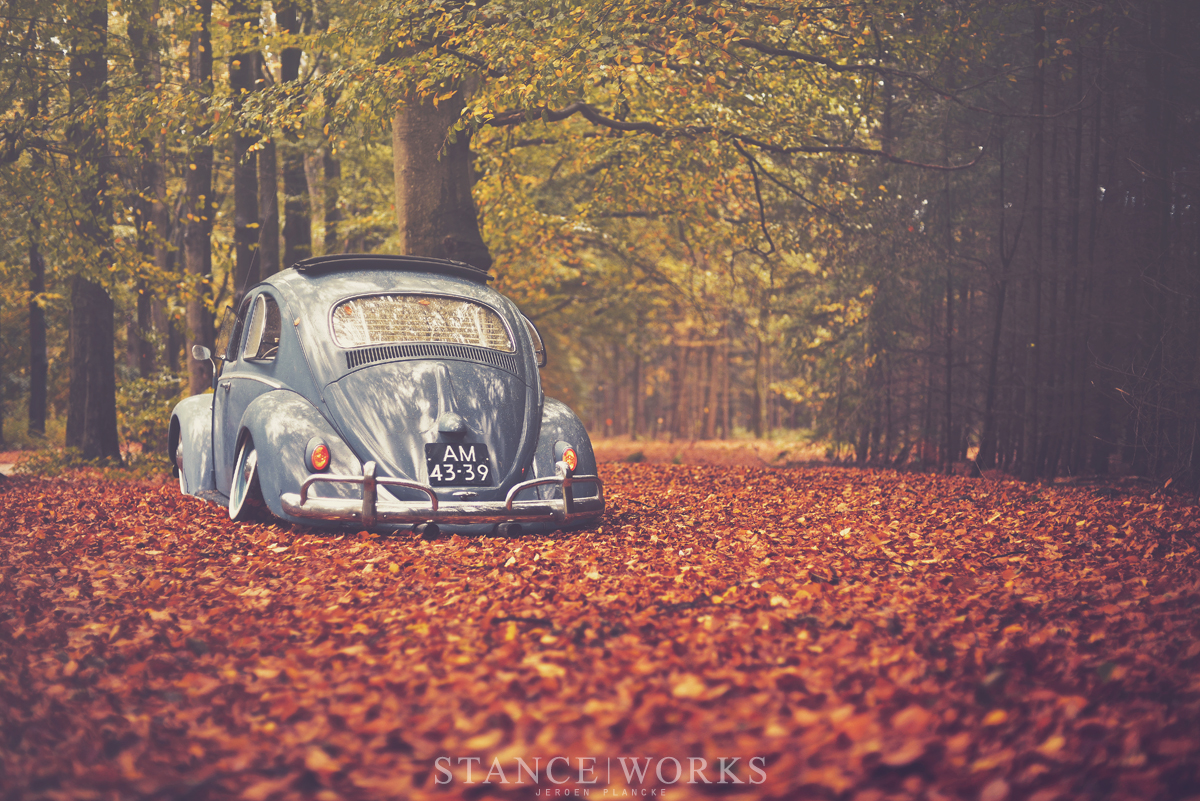 To solve the issue, Rick decided that flattening the floor pans was the only option. After a fifteen-minute discussion, Rick took a leap of faith,and while the interior was out of the car, he cut out the floor pans with a cutoff wheel. Since he lacked the proper equipment to flatten things out properly, he decided to flip the pans left to right, and after some further help with the cutting and welding, the job was done. He claims the work was inspired by their best dutch beer - Hertog Jan. 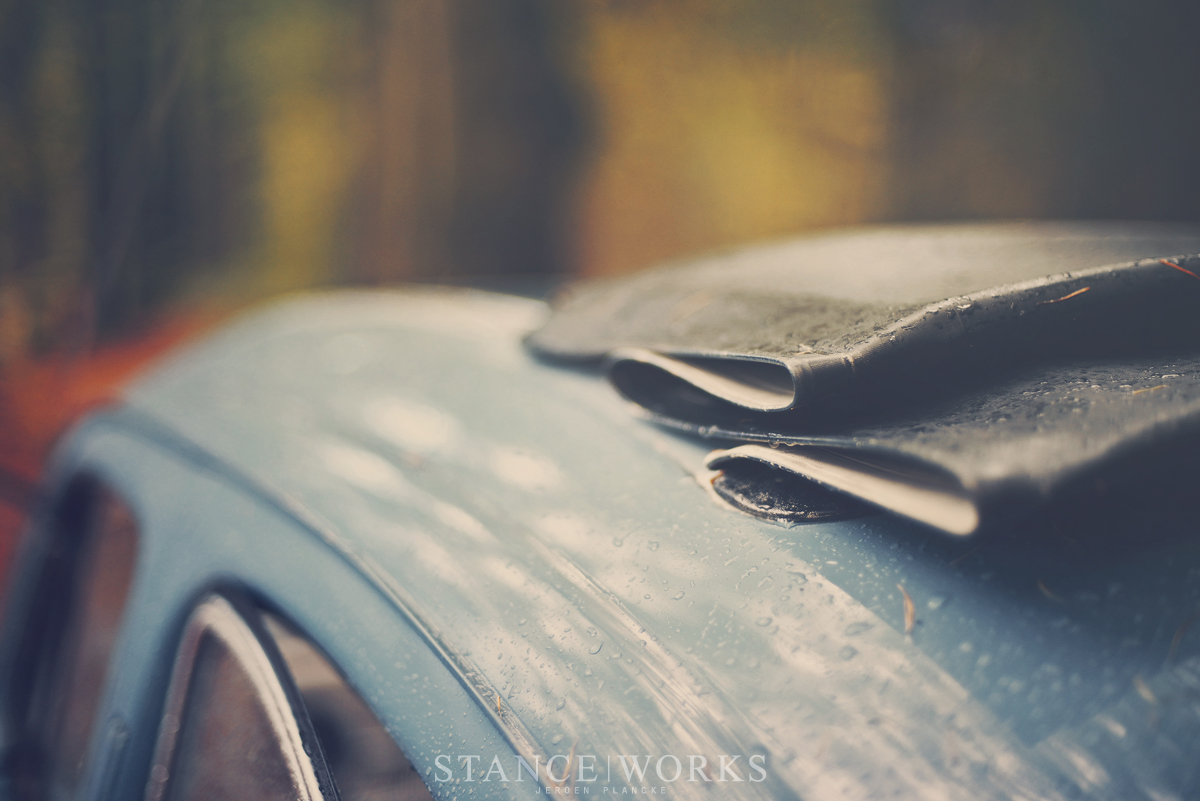 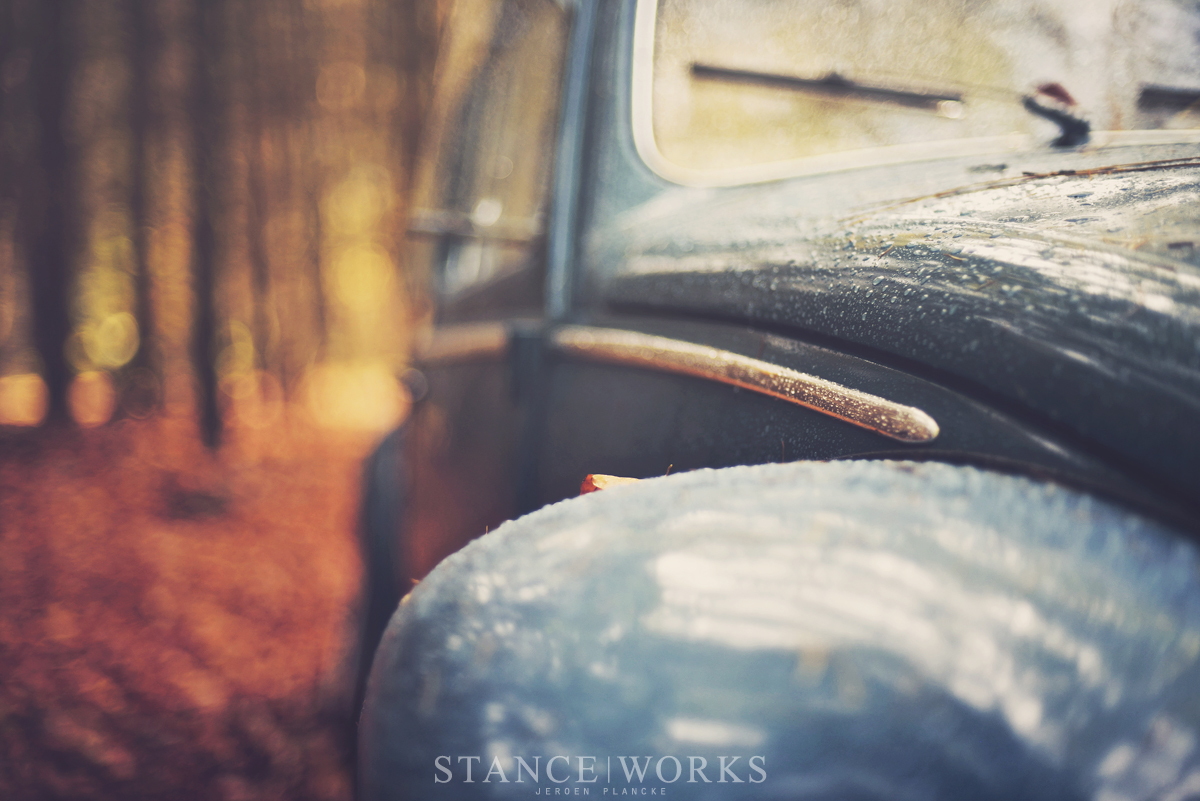 The work sat the beetle just where Rick had imagined. "After putting the seats and and interior in, it was possible to drive the bug, just barely, with 0PSI in the bags. It was great, almost surrealistic, to see it "slide" past." Underneath the rounded fenders are a set of widened steelies, wrapped in white-wall tires to complete the classic look. Atop the car is a canvas sunroof, which Rick insists is always open, barring any thunderstorms. He drives the car as often as possible, including to-and-from work duties during the summer months. Surprisingly enough, even through the Norwegian winter snow, the car still sees the light of day form time to time. "She drifts very easily with snow on the road, and I'm loving it." 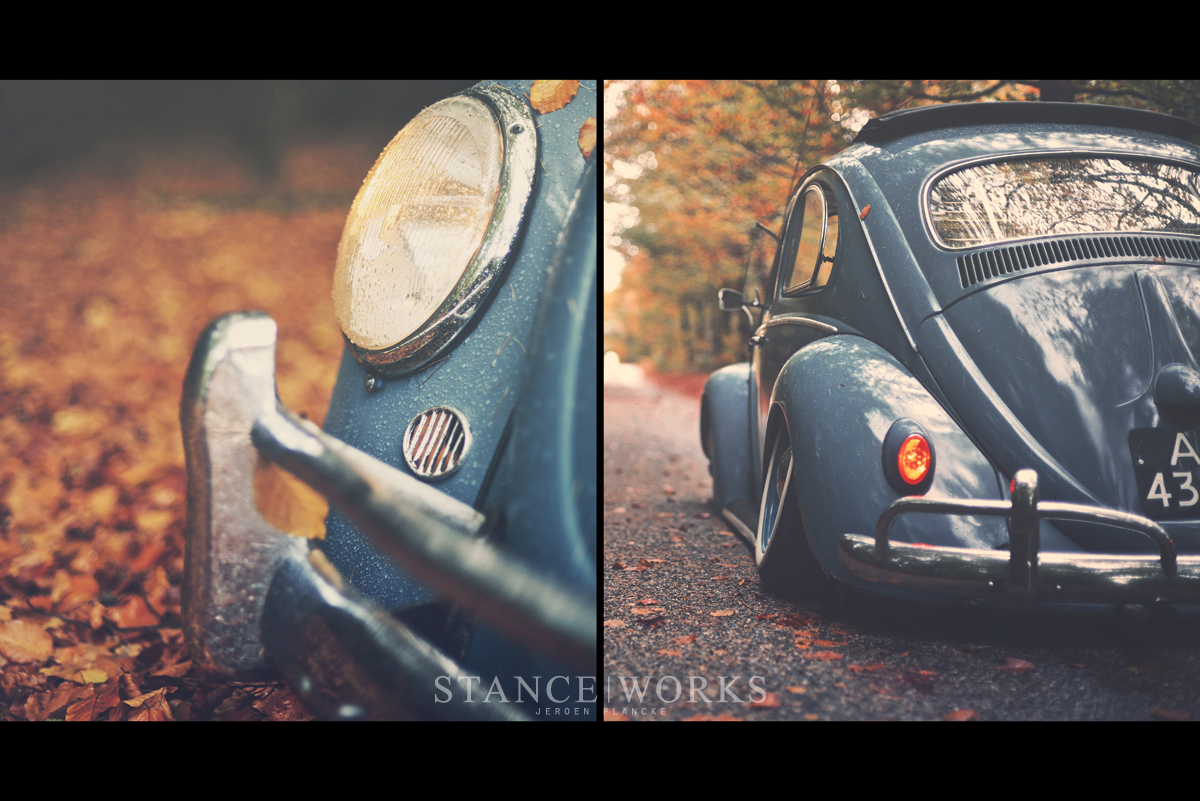 Rick has, one way or another, built himself a car he truly enjoys. "Everywhere I go: thumbs up, smiles, and people ask questions...everyone, and I mean everyone really likes the car." As he drives the classic, he finds himself wondering often: "The fact that this car goes back 50 years in history, and has had so many different owners... it's what makes these old cars so interesting. There's a different story behind every single old car. I sometimes wonder who the previous owners were, and how the car looked in those days." 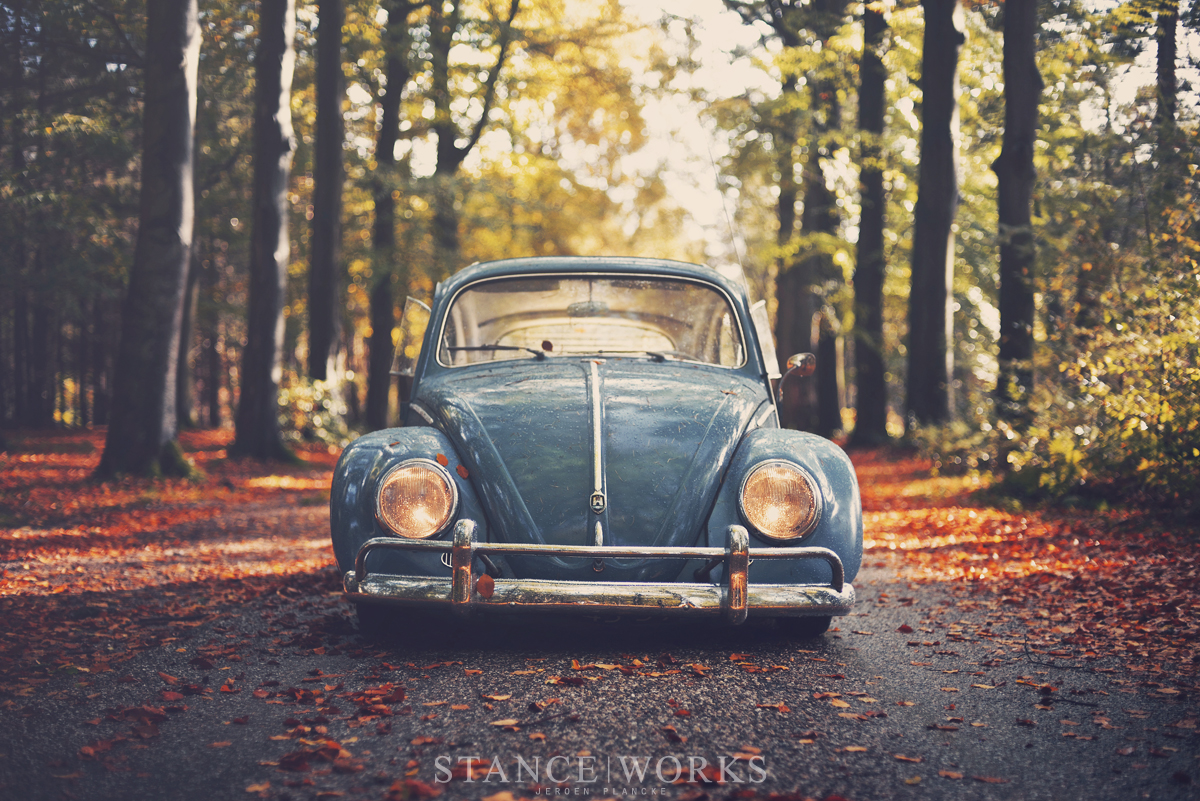 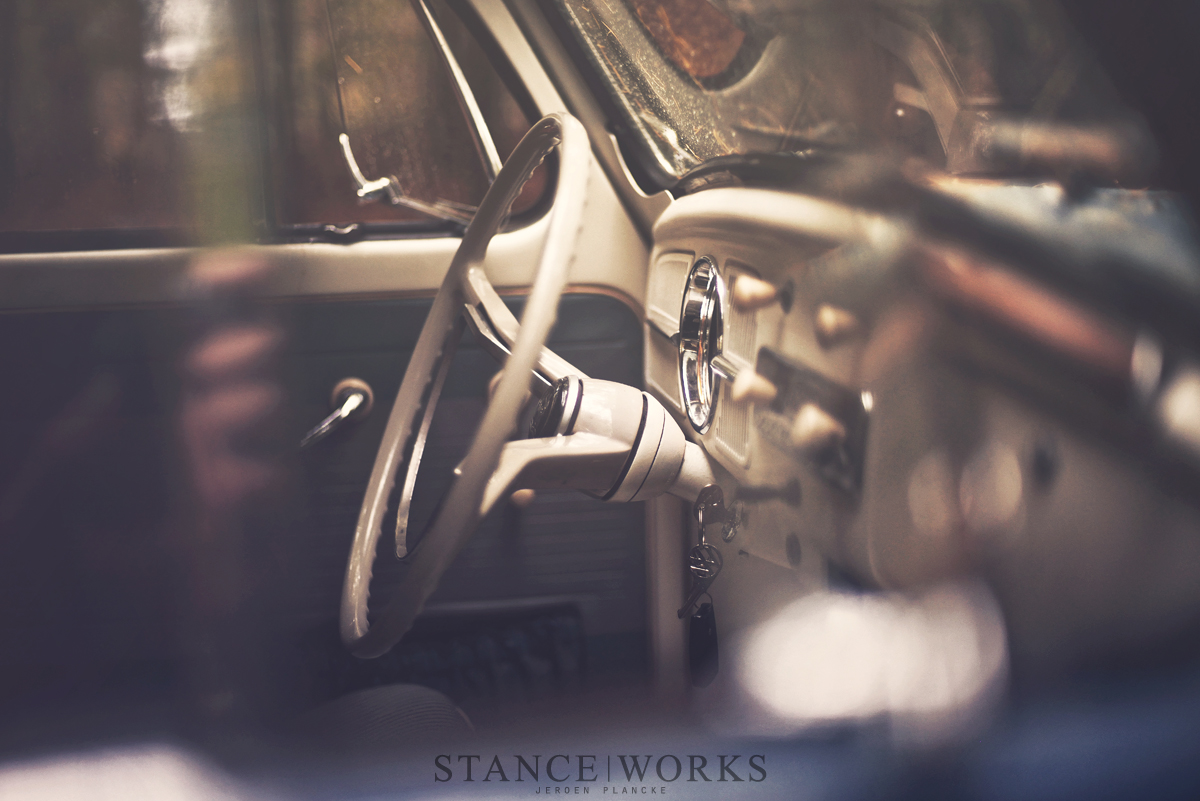 But now the car is his own, and his story starts here. Someday, perhaps 50 years from now, a future owner will feel the same. And that's what makes part of classic car ownership so special. 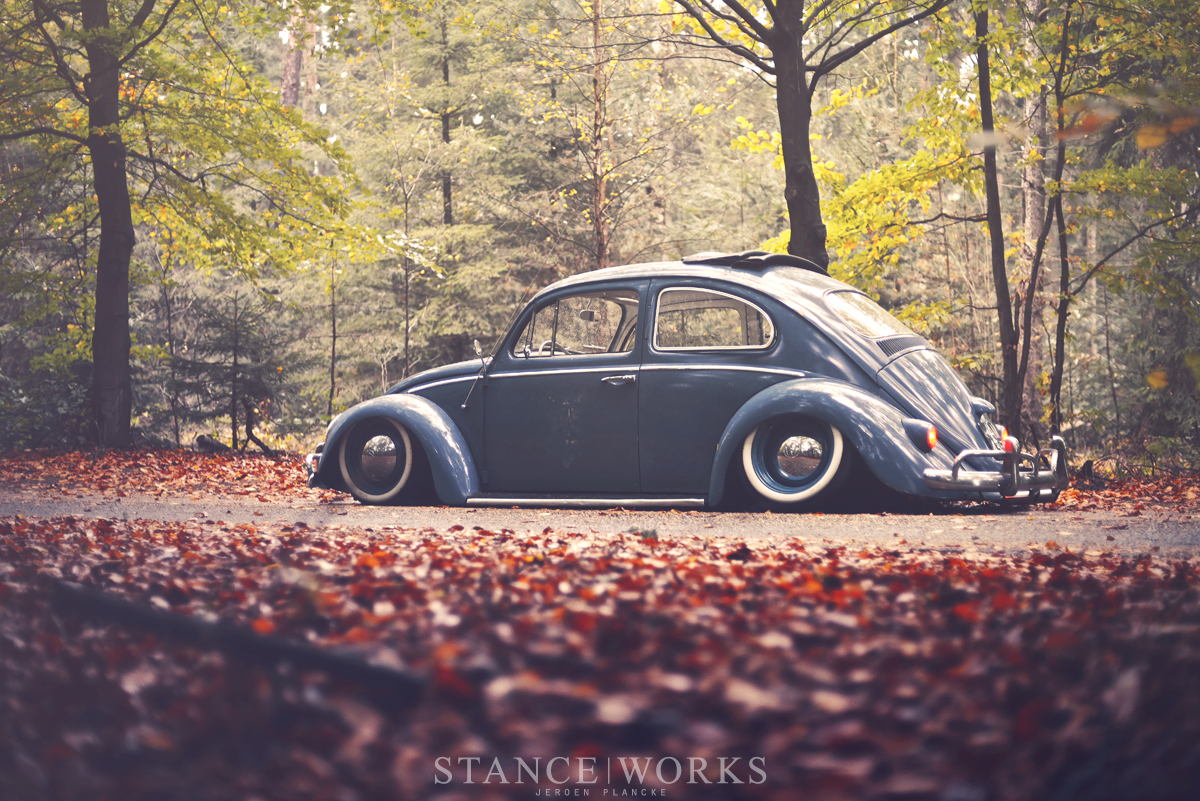