Oh, Khalil.... We've been known to call him Khalil "Car Killer" Kassem. That's mostly because it alliterates rather well, flowing off the tongue like some hard-earned street name, but  it's also because in the past, it's held true. He's been known to crumple up cars, be it his fault or not. These days though, we've got to hand it to him: he's kept his M3 in one piece for a few years now, and it's starting to come together in ways that leave us slowly filling with envy. 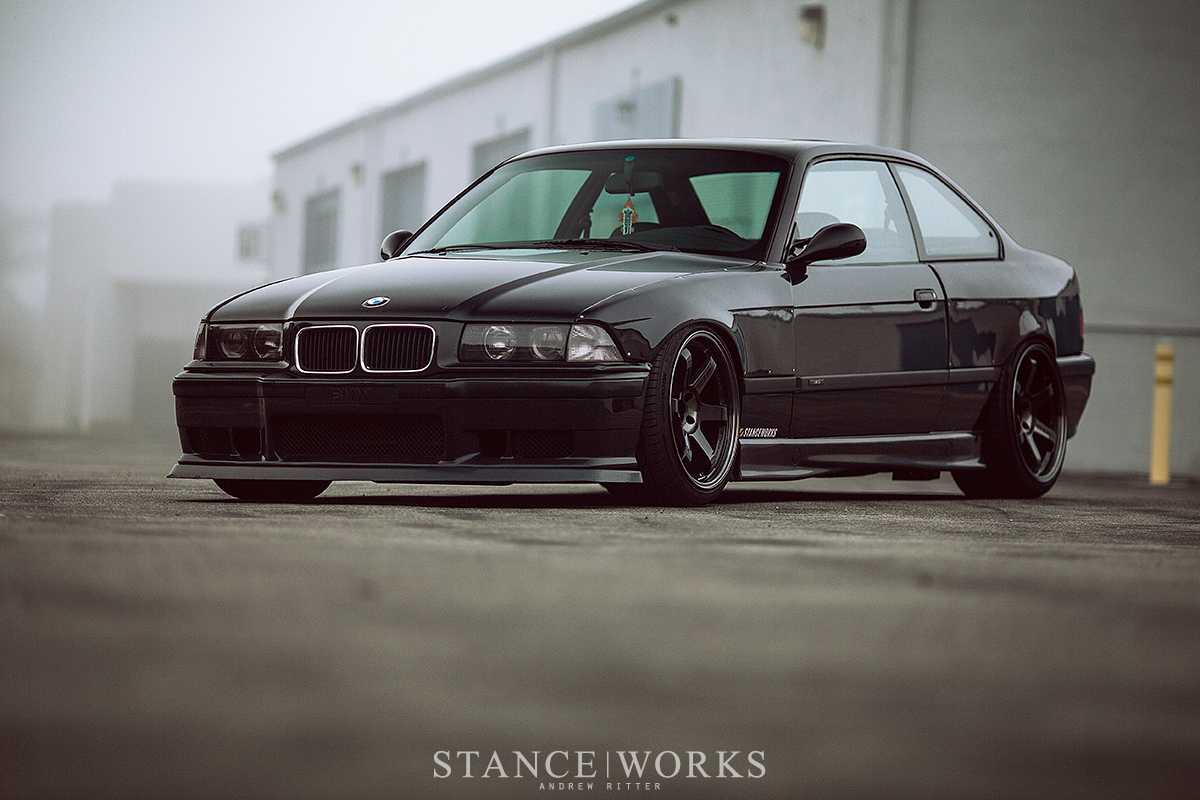 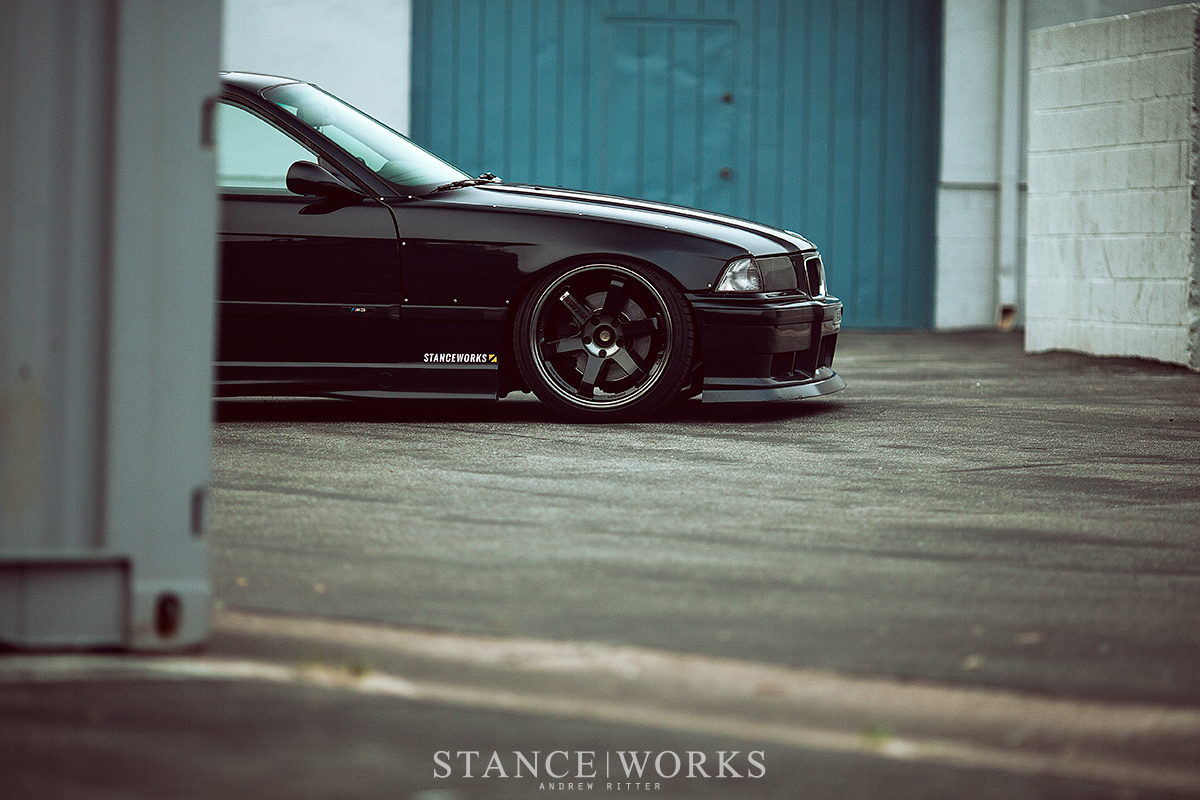 When he first purchased the '95 M3, we gave him a hard time. It was nice enough inside, but around the edges, it left something to be desired. Wrinkled fenders up front and rear arches that had been carefully massaged by a bear left us skeptical about how nice a car it could truly be, what without a lot of work thrown at it. Bits of rust were beginning to rear their head at the corner of the rear arch, too - all to common on E36s from the rust belt. As doubtful as we were, though, Khalil had plans of his own. 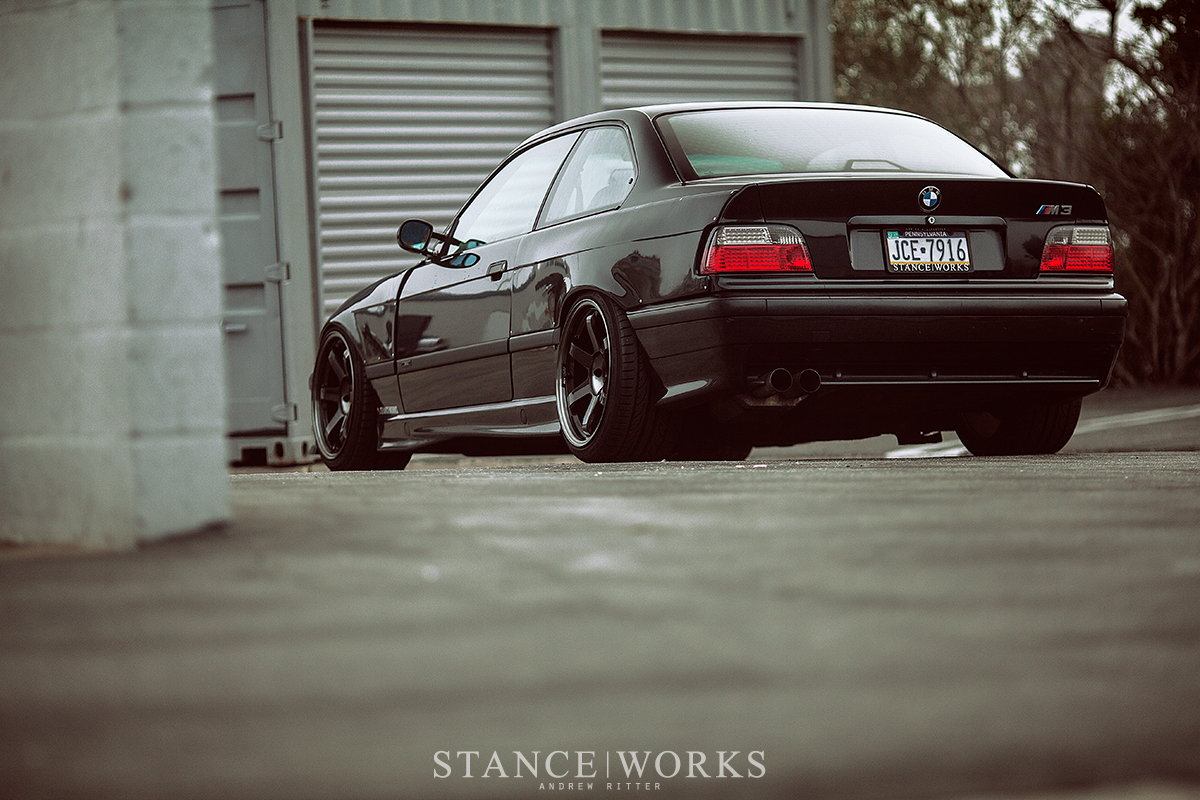 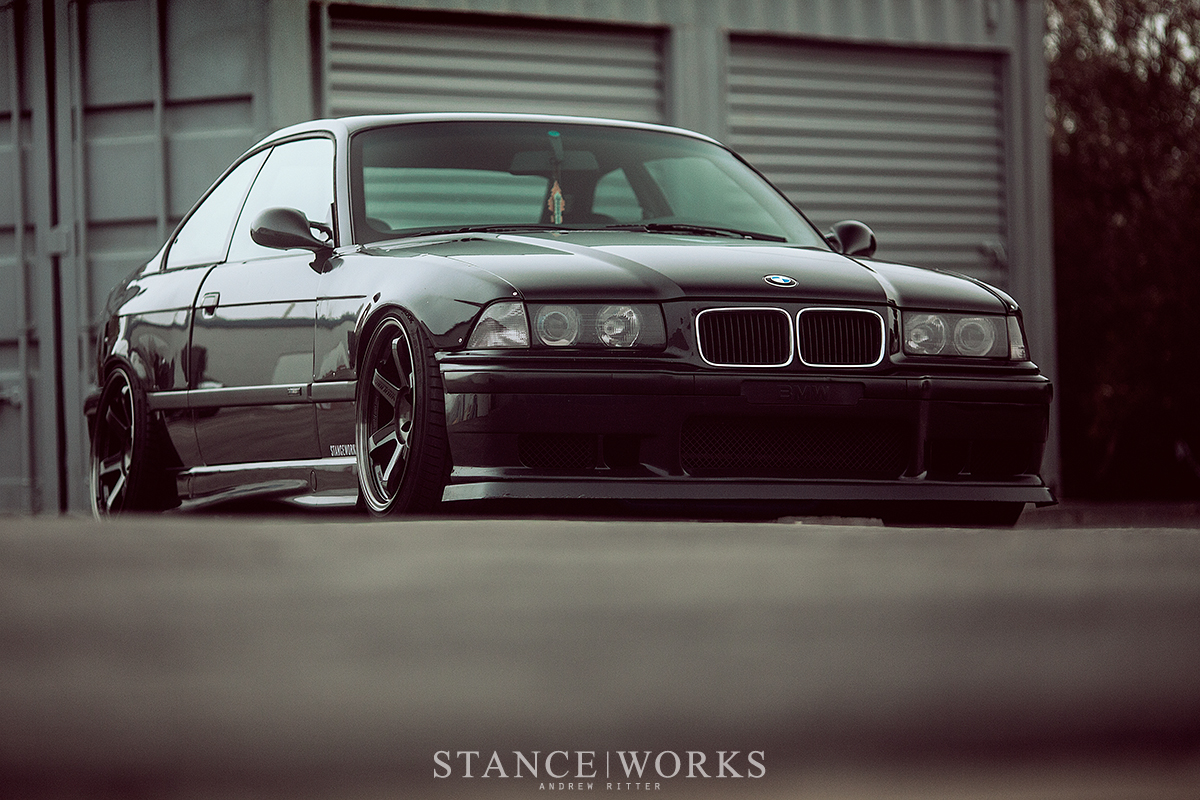 When Khalil made the move to California just a couple of years ago, he had a handful of parts in tow - namely, a set of Felony Form overfenders that begged to be fitted to the coupe. Jumping up to new, massive fenders yielded an opportunity to fix the car as well, nixing all four damaged arches in favor of something better. After a few long nights in the shop with Byron spent cutting, welding, and filling the wheel wells, the overfenders were then shaped and fitted to the stock panels. Overall, it's an installation for the books, with no loose ends left unraveled, and in inner-fender radius job that came out stellar. It also took care of the coupe's rust issues, elongating its life for years to come. 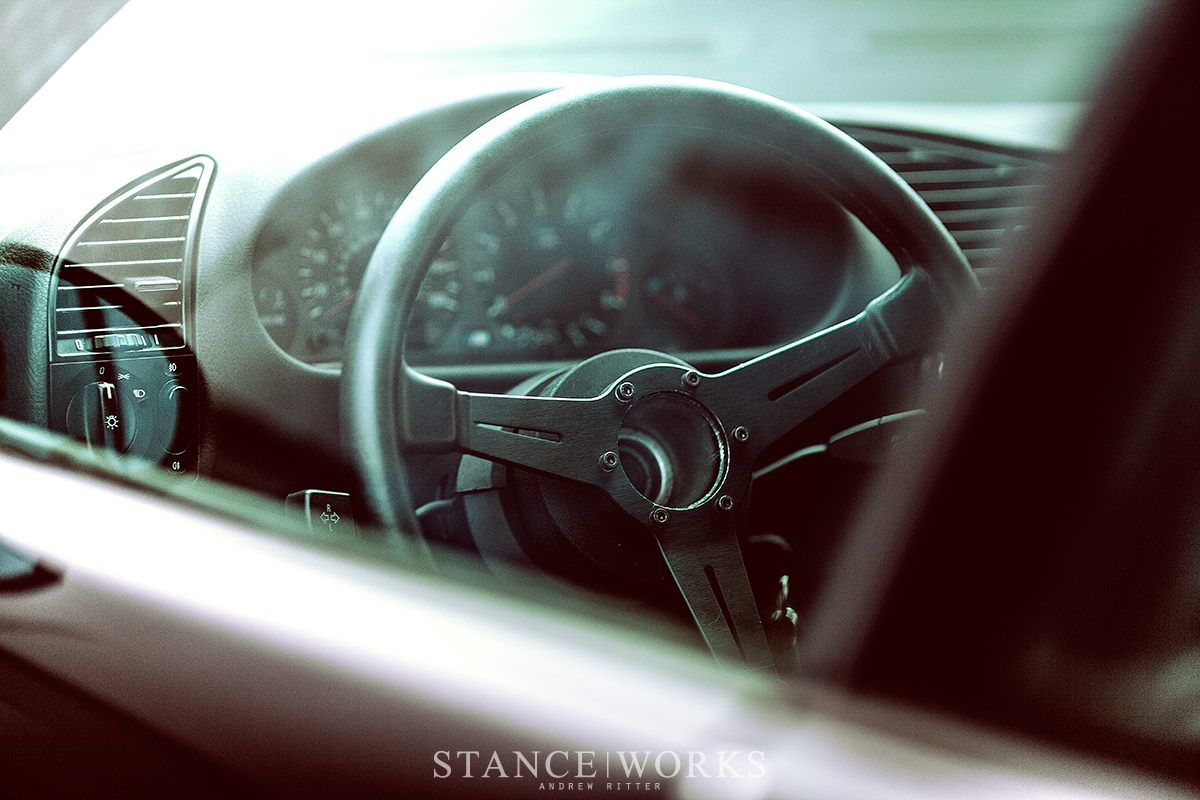 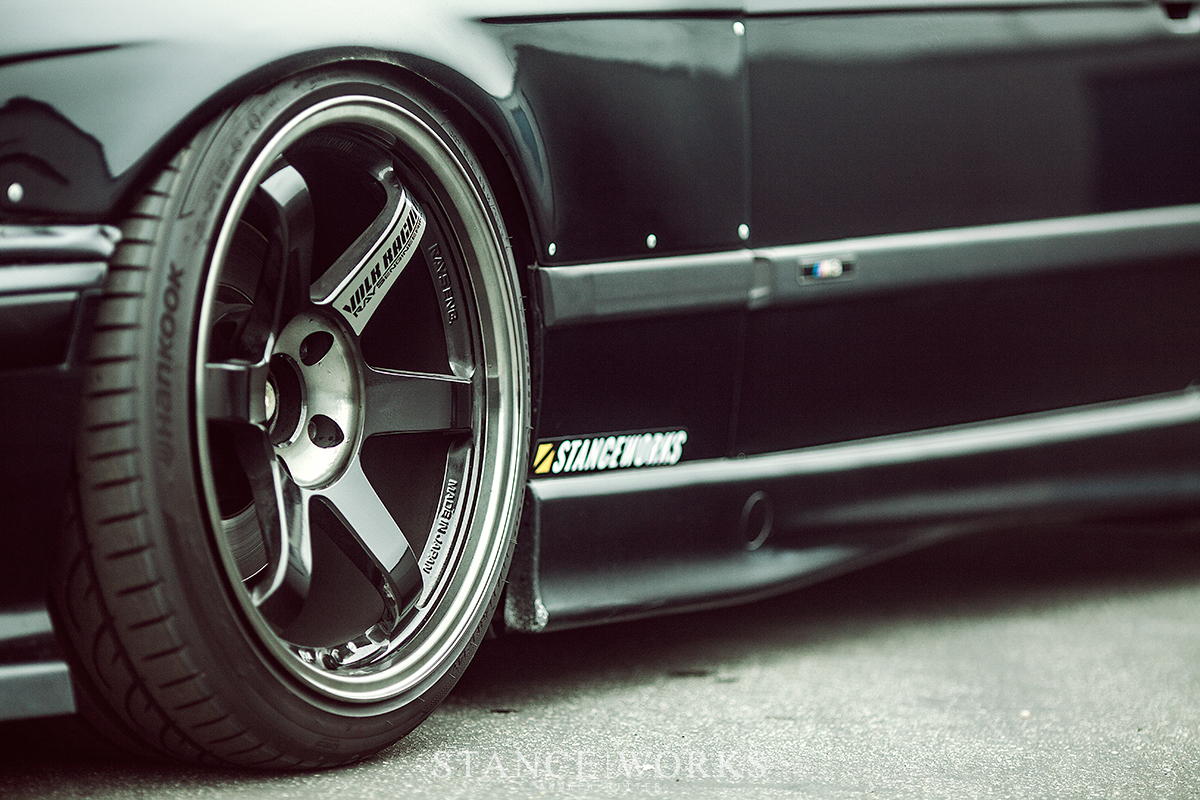 Khalil went through a set of CCW classics before landing on the TE37s fitted to the car today. A brand new set of Volk/Rays wheel boxes to open are a special thing, and when the widths and offsets work out as well as these, it's hard not to smile with Khalil as his build comes together. 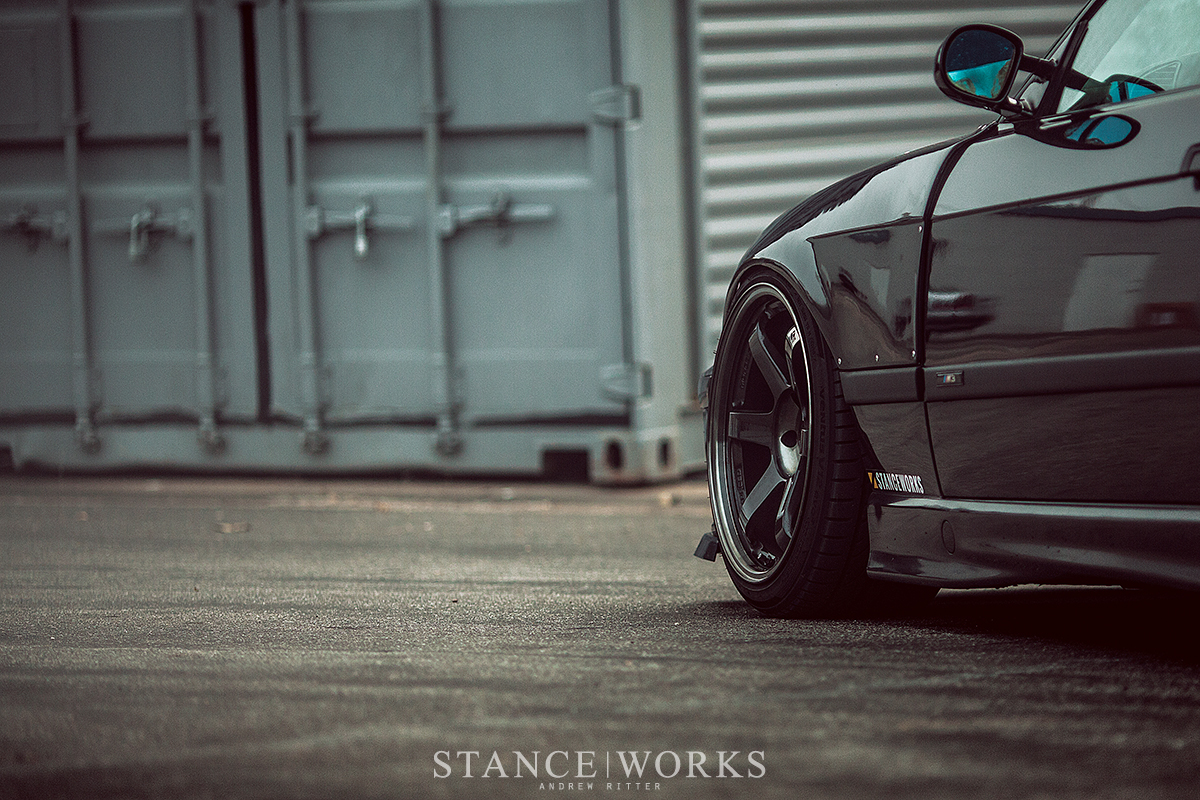 The underpinnings have been coming together as well - a topend rebuild on the S50, and all new suspension components have the car driving like new, and tibits like a Z3 rack add futher nimbleness. A proposed S54 swap is in the planning stages too, after we've given him enough flak for so much "show" and not much "go." 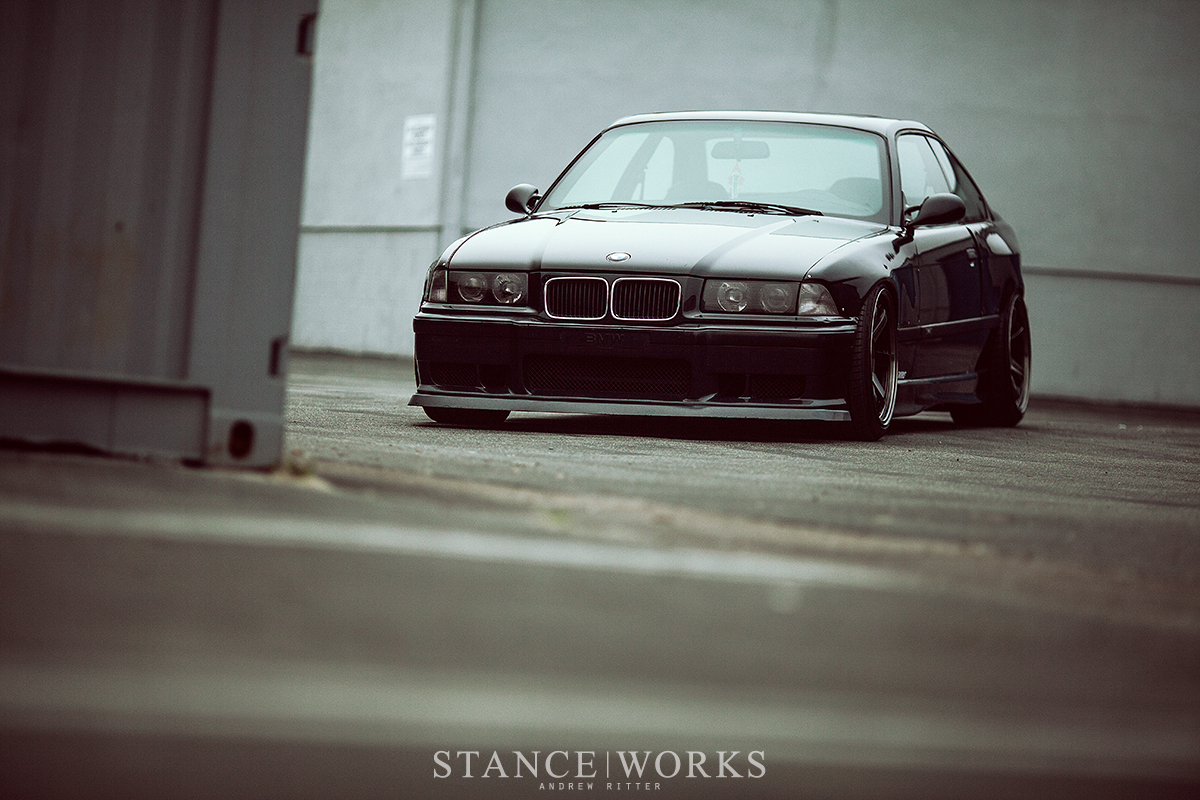 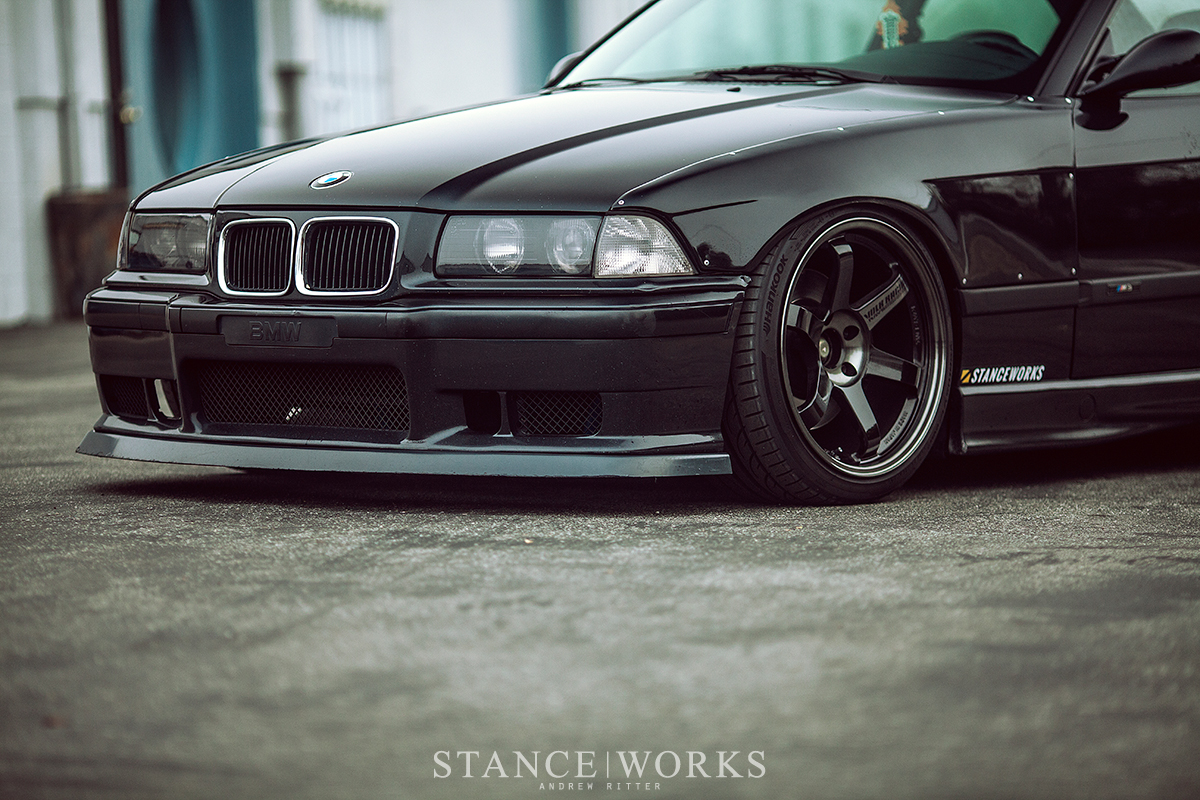 In any case, we're simply excited to see Khalil's car come together. Month by month, there's a new touch here, and a new part there. His regular late nights at the shop helping to wrench are welcomed with open arms, and watching his car grow over time is just icing on the cake. Keep it up, Khalil. 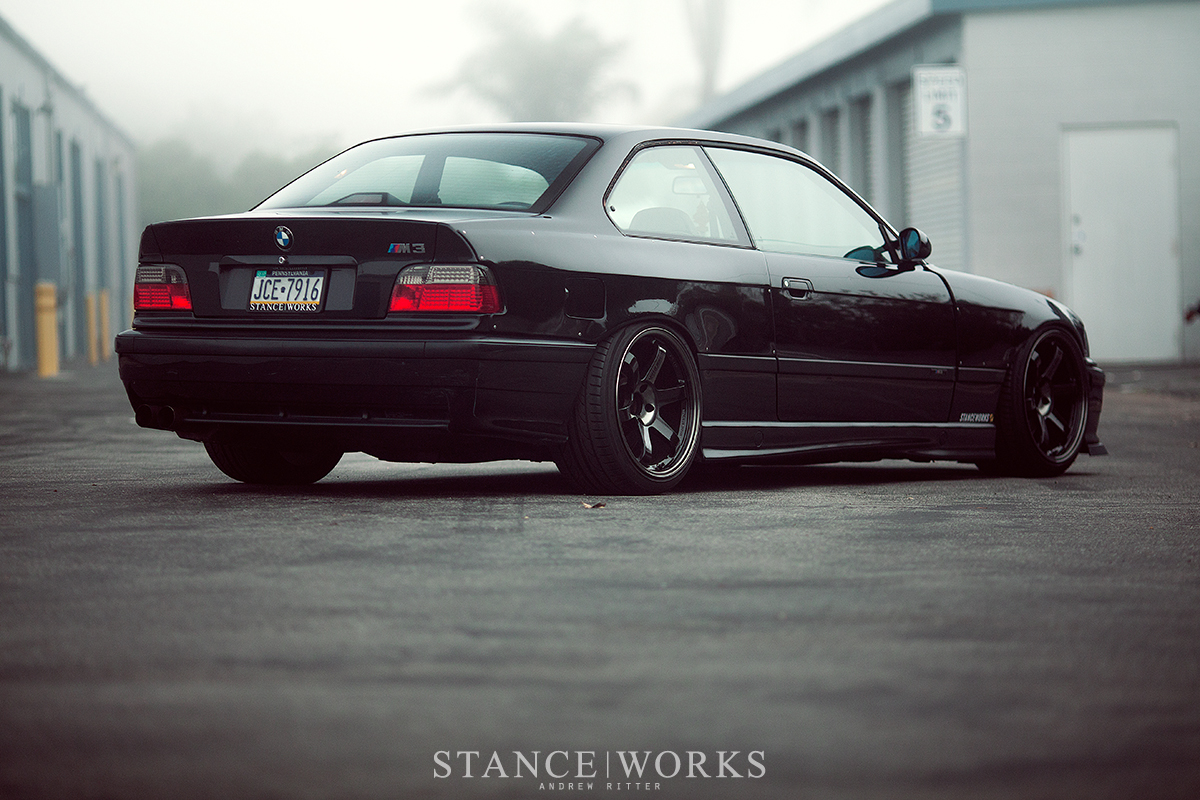