Crawling through the paddock of the Rolex Monterey Motorsport Reunion is, in many ways, perhaps the best part of the event as a whole. The scream of the classic race cars on track as they blaze a path around the famous Laguna Seca circuit is a sensory thrill of its own, as is the visual excitement of motorsport's greatest battling head to head. For me, however, it's the up-close and personal moments with both the legends and the underdogs... it's the kick of prodding around, in, and under a car with the lens of a camera, capturing the ins-and-outs of the machines that enamor me most, that makes the Rolex Historic races worthwhile. It's an incredible experience to spend one-on-one time with a classic Abarth 500, a Zakspeed Capri, and nearly everything in between. All of those, however, are eclipsed when it comes to BMW's classic motorsport stripes, and this BMW M1 in particular has quite the story to share. 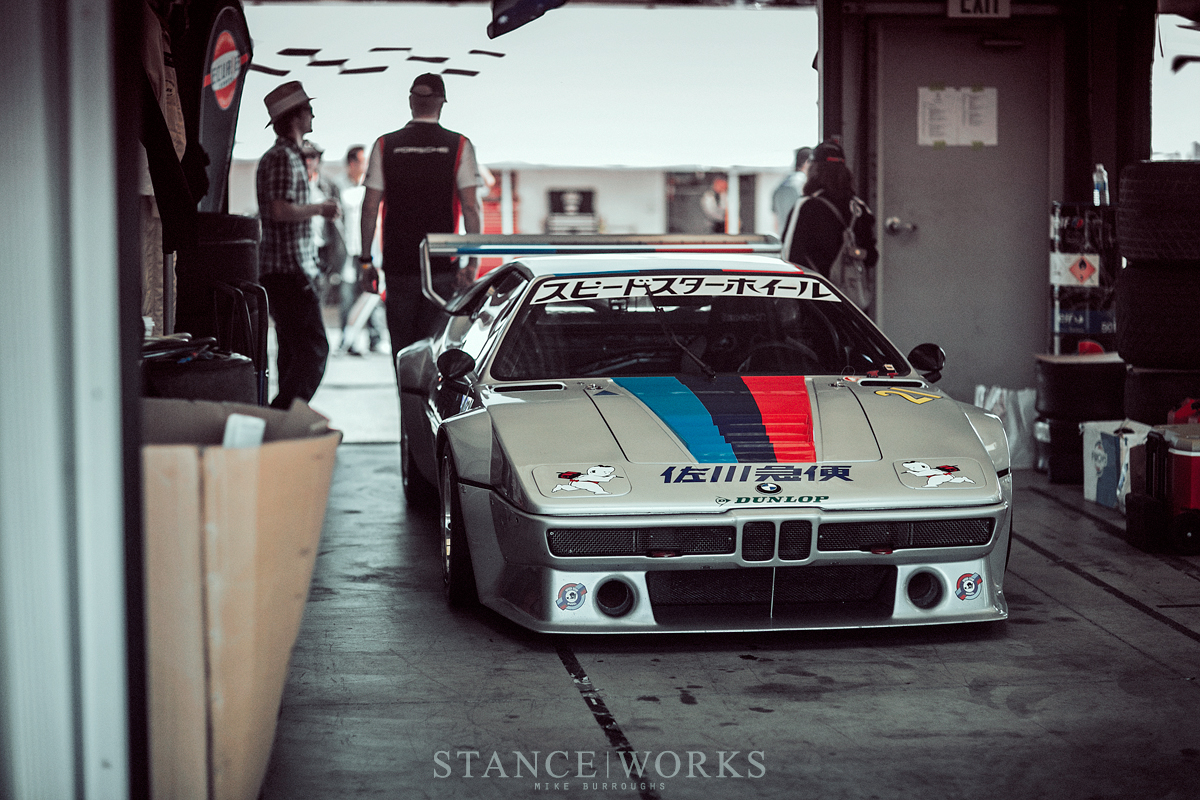 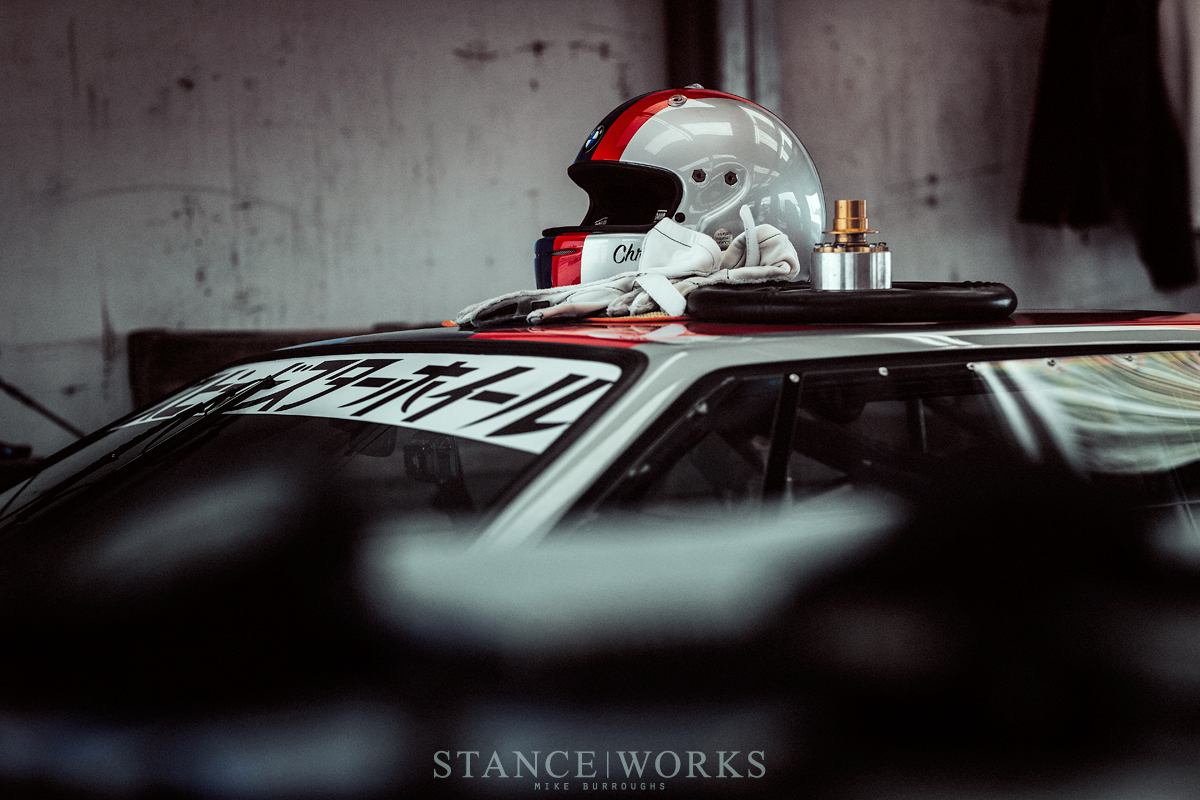 This particular car, Chassis #1077, was built in May of 1979 by Ron Dennis, of McLaren fame, along with his team at Project Four Racing, and was built to spec for an unnamed race team to compete in the 1979 Procar series. The Procar series - a one-make championship series that pitted the top drivers from series like F1, the ETCC, the WSC, and more - served as a support series for the Formula One World Championship in both 1979 and 1980. Cars were fielded by both BMW as a factory works program, as well as privateers. History will show that Ron Dennis and Project Four had a particular knack for building and tuning the famous mid-engined BMW, as it was a Project Four-built car that Niki Lauda pilioted to the championship win for the inaugural 1979 M1 Procar season. 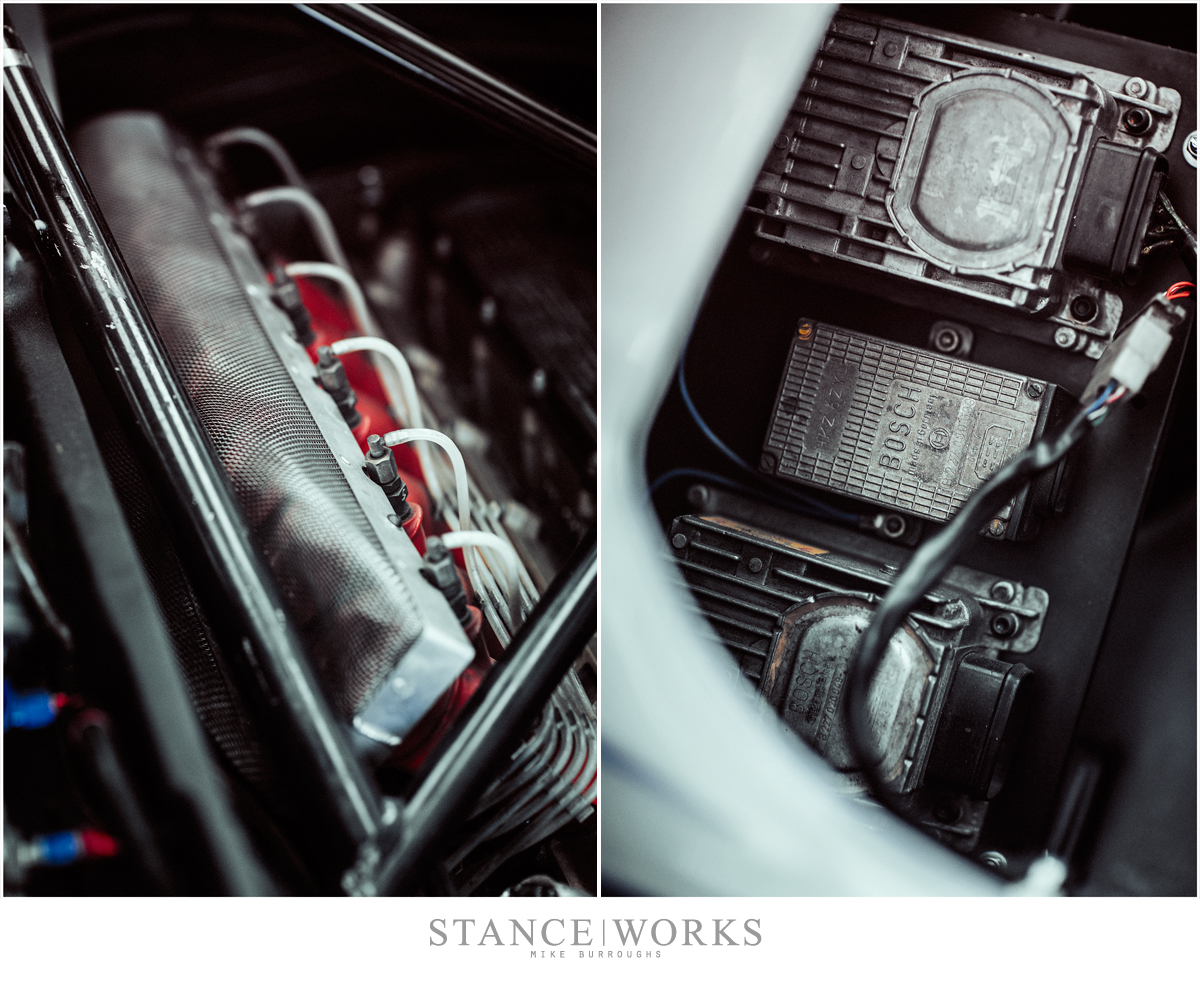 #1077 wasn't so lucky; the initial buyer of the car failed to secure the funds needed to make the purchase, and as a result, the car was sold off to a Japanese wheel company, then known as Speed Star Wheel, and now famous for having introduced the first-ever 3-piece wheel in 1971. The car was sold to the team painted as ordered for the previous client, adorned in silver paint with large BMW Motorsport stripes running from nose to tail. Upon receiving the car in August of 1979, the company changed their name to Speed Star Racing, or better yet, SSR. 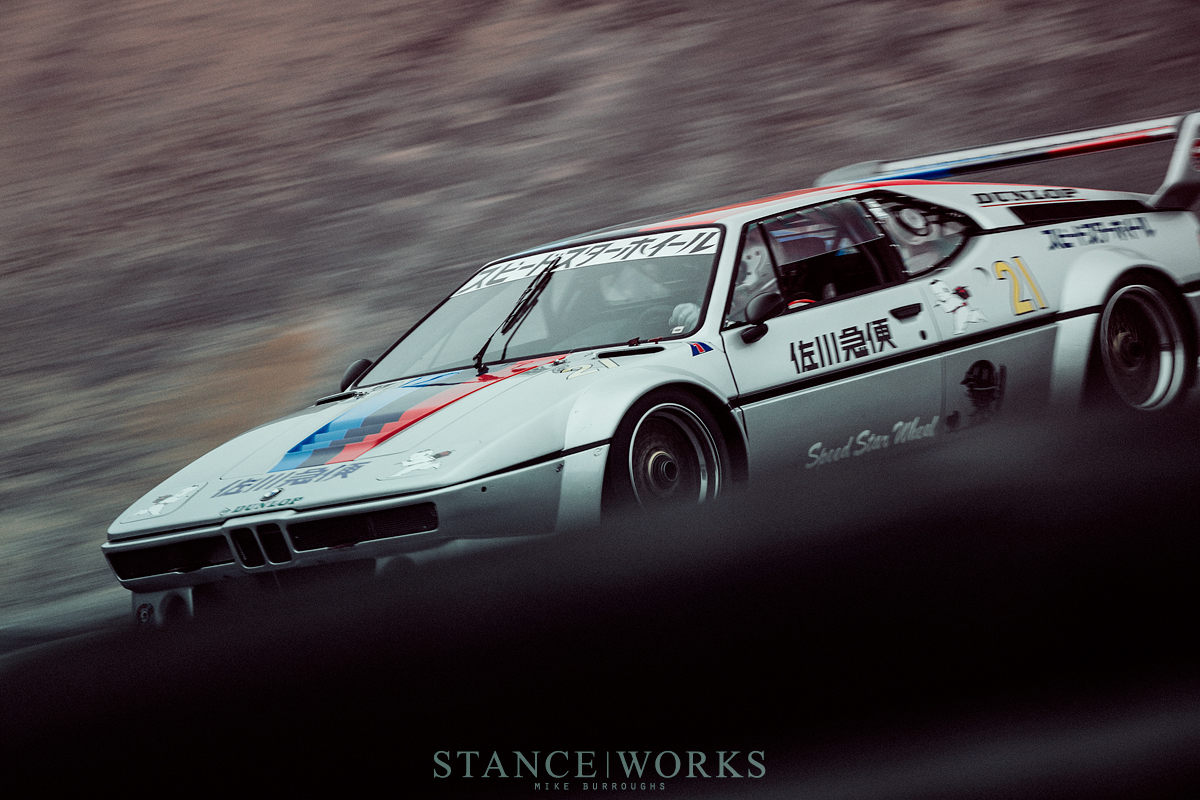 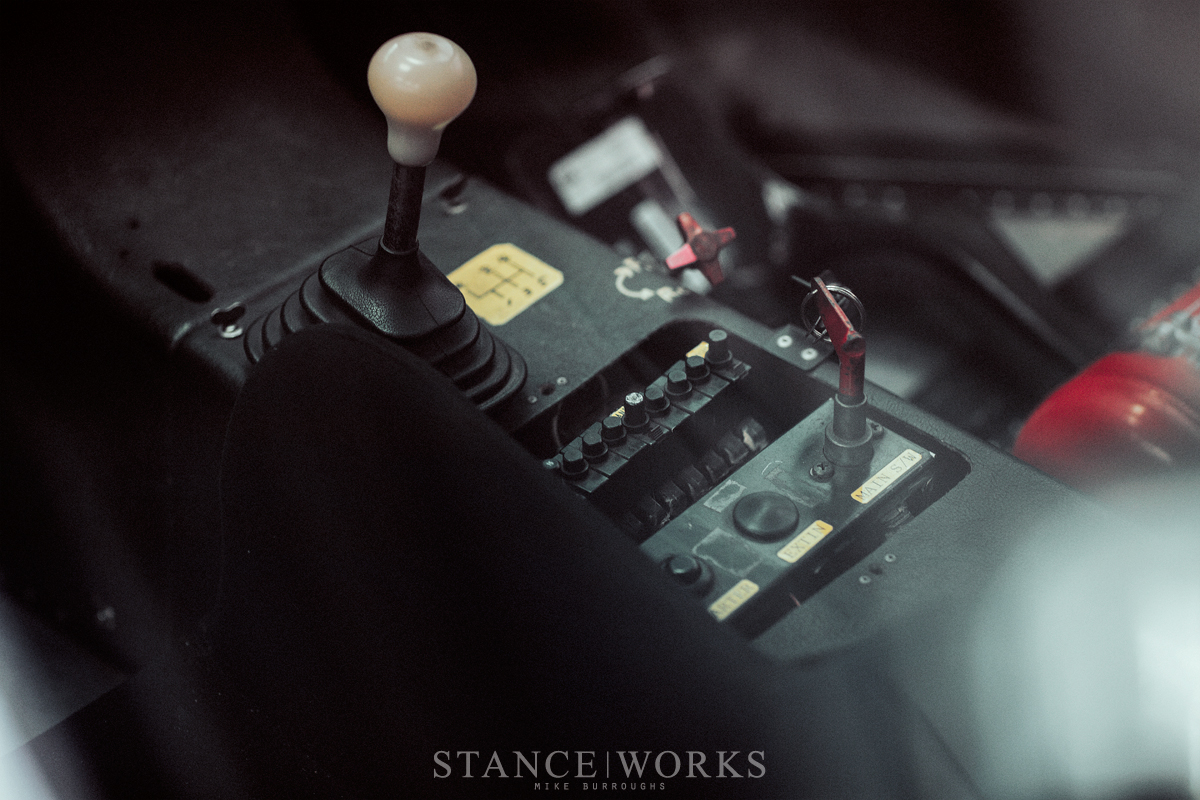 The M1 arrived on Japanese soil just four days before its first race, the Suzuka 500 Mile, set for the 26th of August. #1077 cleared customs and was released to SSR just one day before the race itself, thankfully prepped and ready for duty by the team at Project Four. With minimal practice and setup, famed Japanese driver Naoki Nagasaka, along with his co-driver, Kunimitsu Takahashi, went on pilot #1077 to win its class, and finish fourth overall, trailing behind only a few prototype race cars. 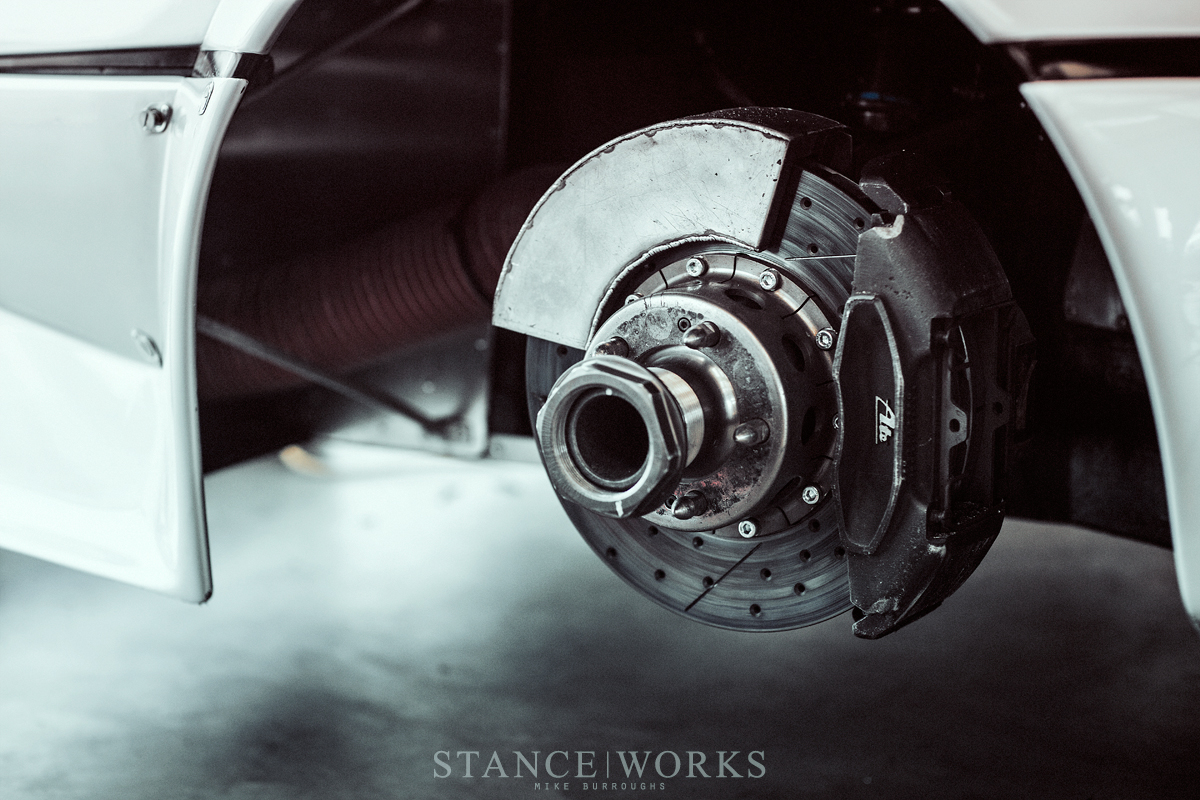 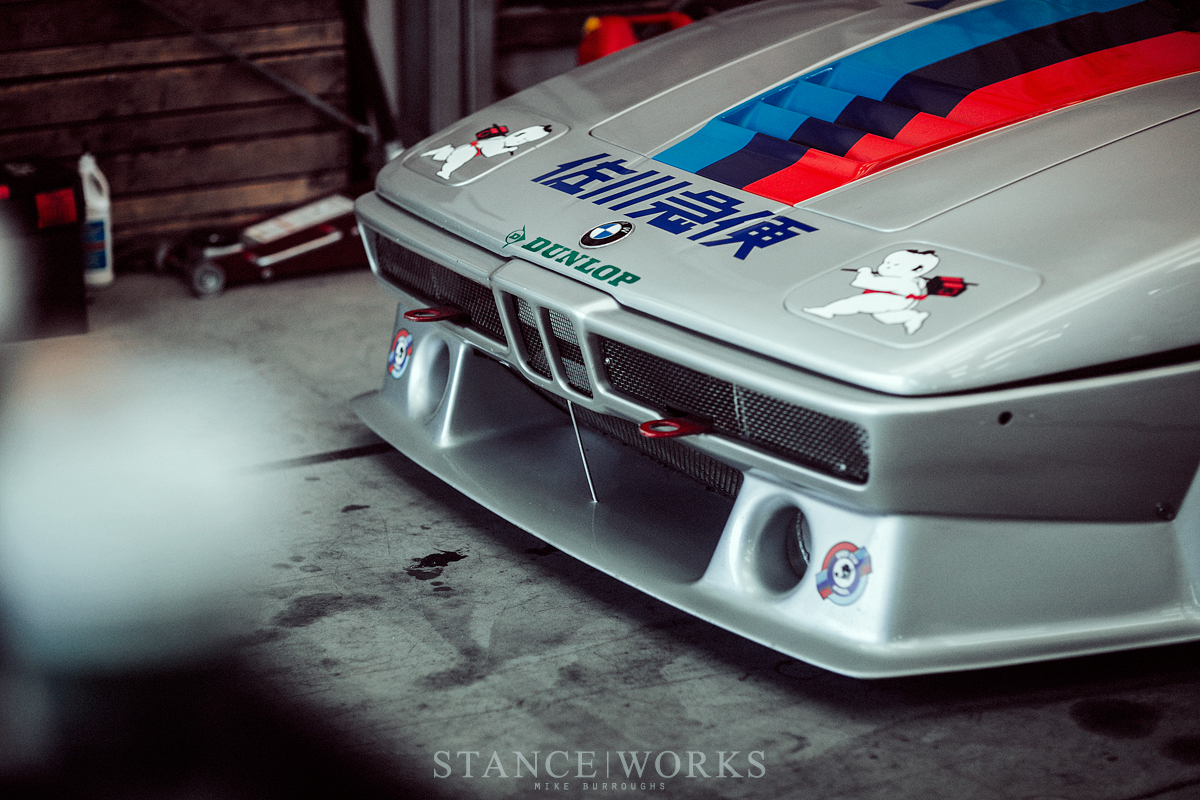 The work of Project Four, the talents of Naoki Nagasaka, and the efforts of SSR and the teams that followed, were an incredible formula for success. For 1980, #1077 went on to win its class in the Mt Fuji 500KM, the Mt Fuji 1000KM, the All Japan Mt Fuji 500 Mile, and concluded the year with taking home 1st place overall in the 1980 Japanese Endurance Championship. 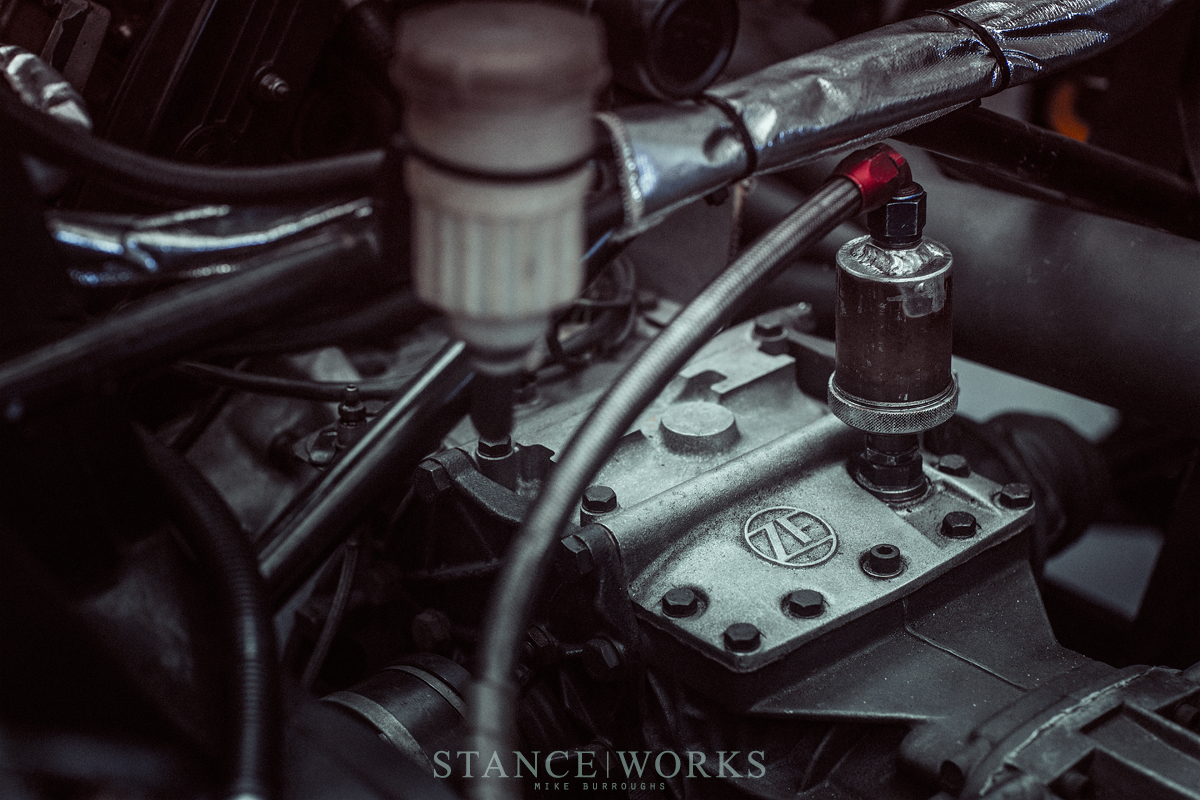 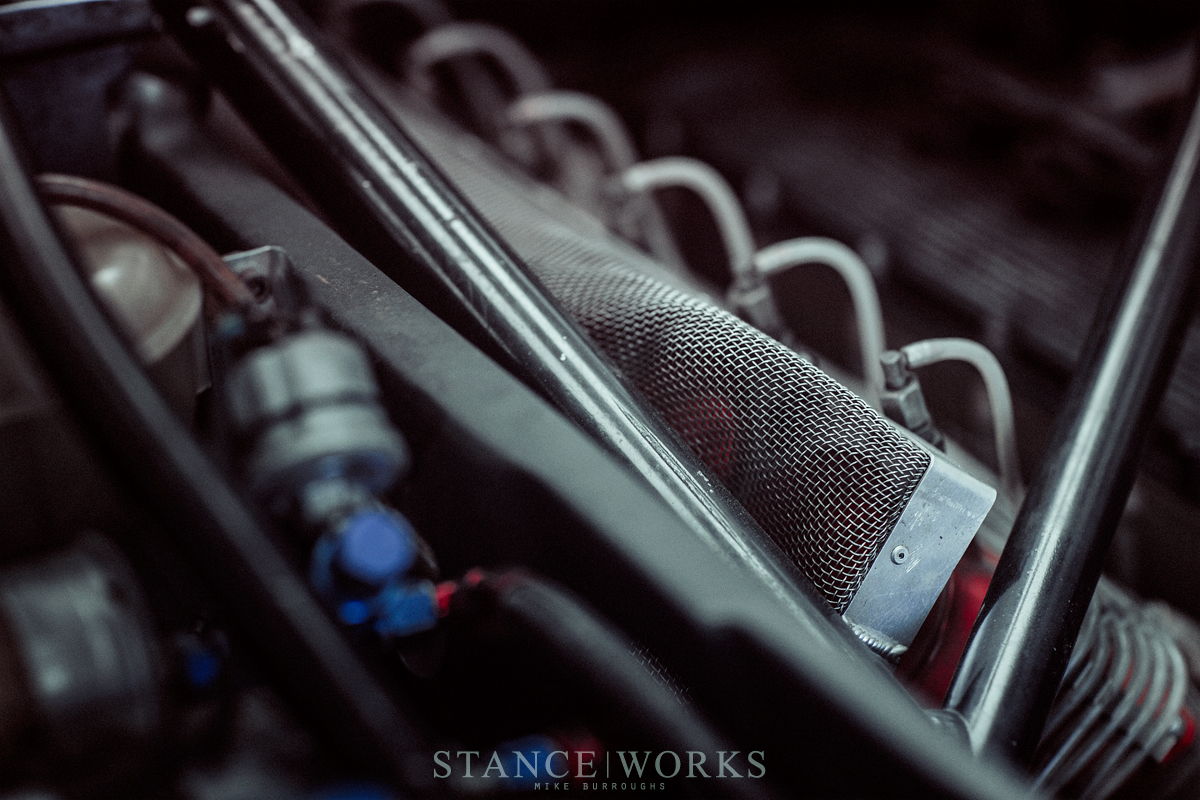 1981 saw similar success. The SSR team won their class the Fuji 1000KM, before the car was eventually sold to Japanese team Auto Beaurex. It was repainted and raced in traditional white-and-motorsport colors before being converted to a Group 5 car and raced in Japan's Silhouette class along side legends like the S12 and DR30. 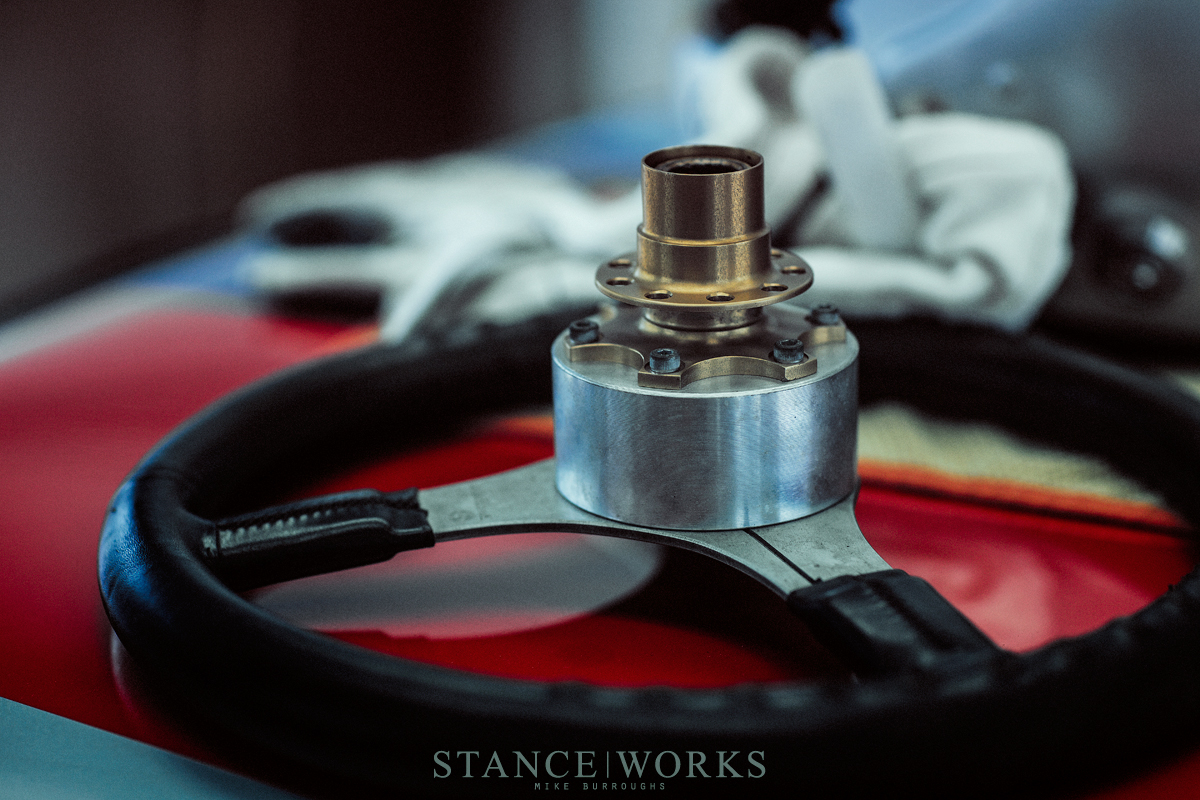 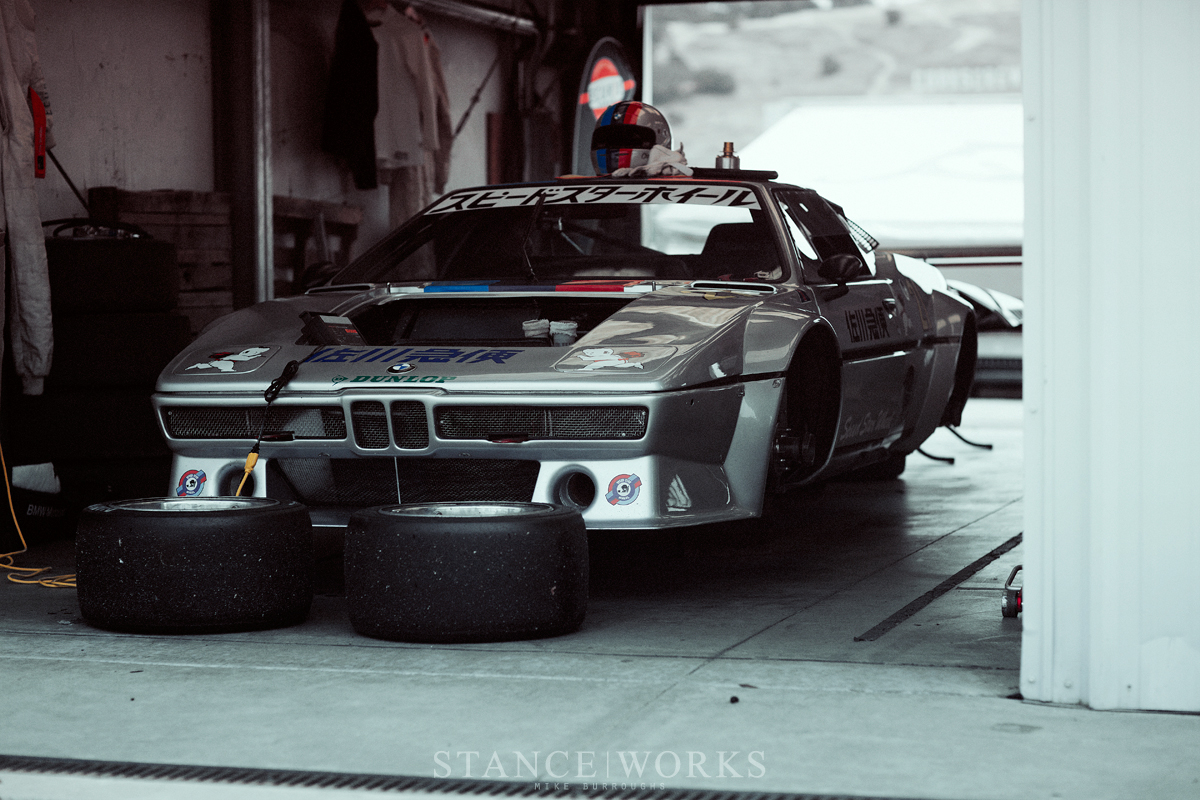 1982 proved to be a powerhouse year for the #1077 M1. Having moved up to Group 5, the car was poised, to win overall, and did so by taking first place at the All Japan Fuji 500km and 1000km, and the International Suzuka 500km. A first-place-in-class win was taken at the World Endurance Championship race at Mt Fuji as well, losing only to the Rothman's 956, the Martini Lancia, and the March-bodied Toyota. The '82 season ended with #1077 securing its second overall win for the Japanese Endurance Championship. 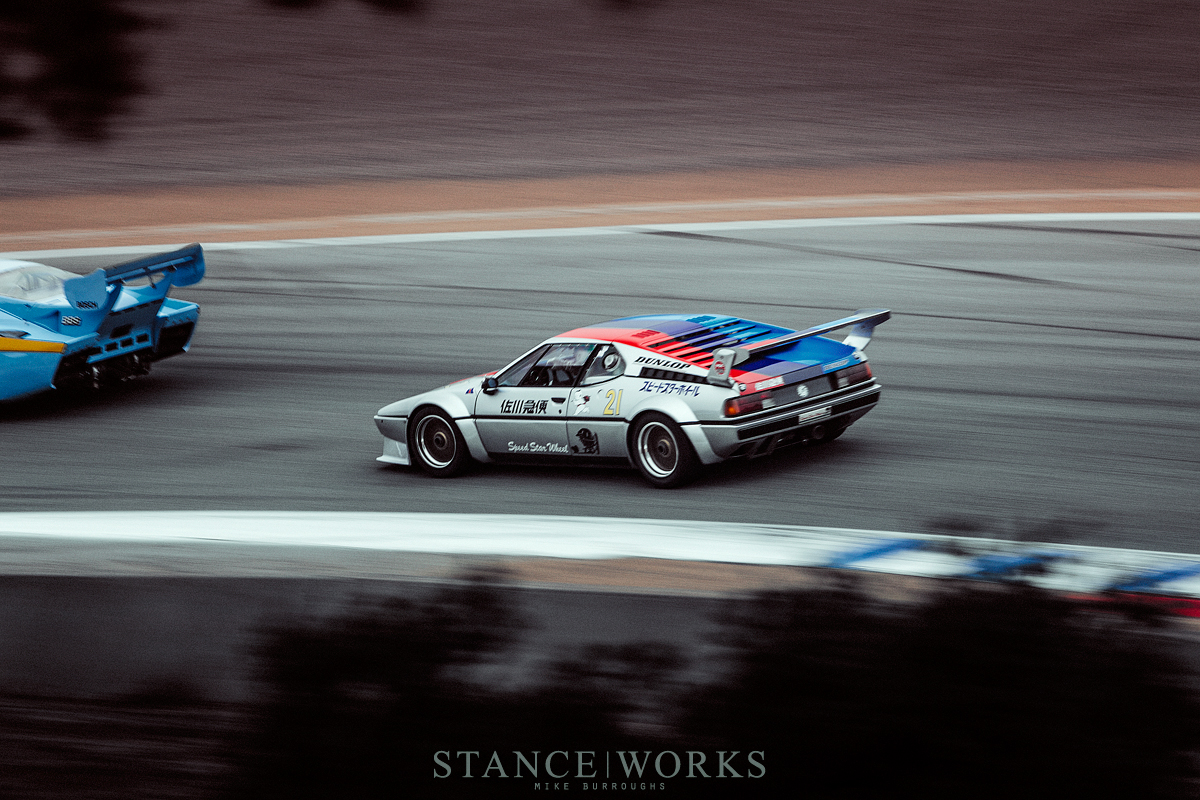 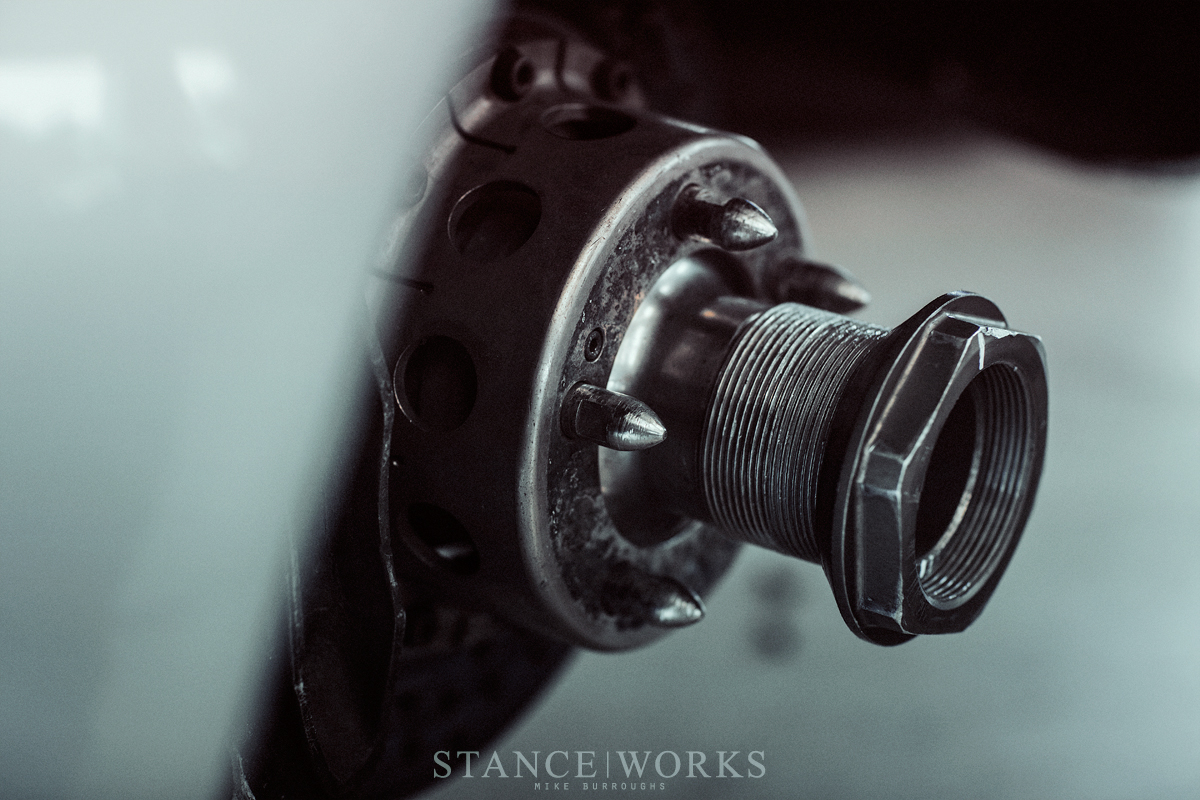 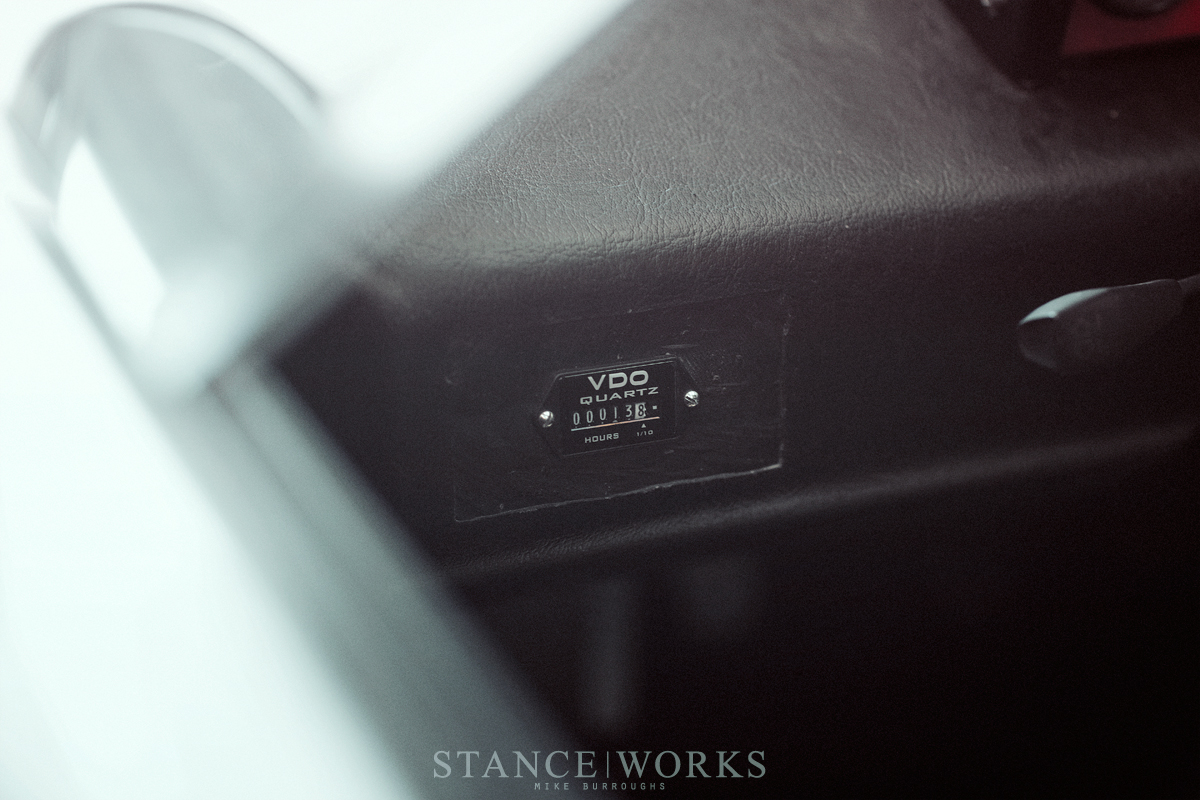 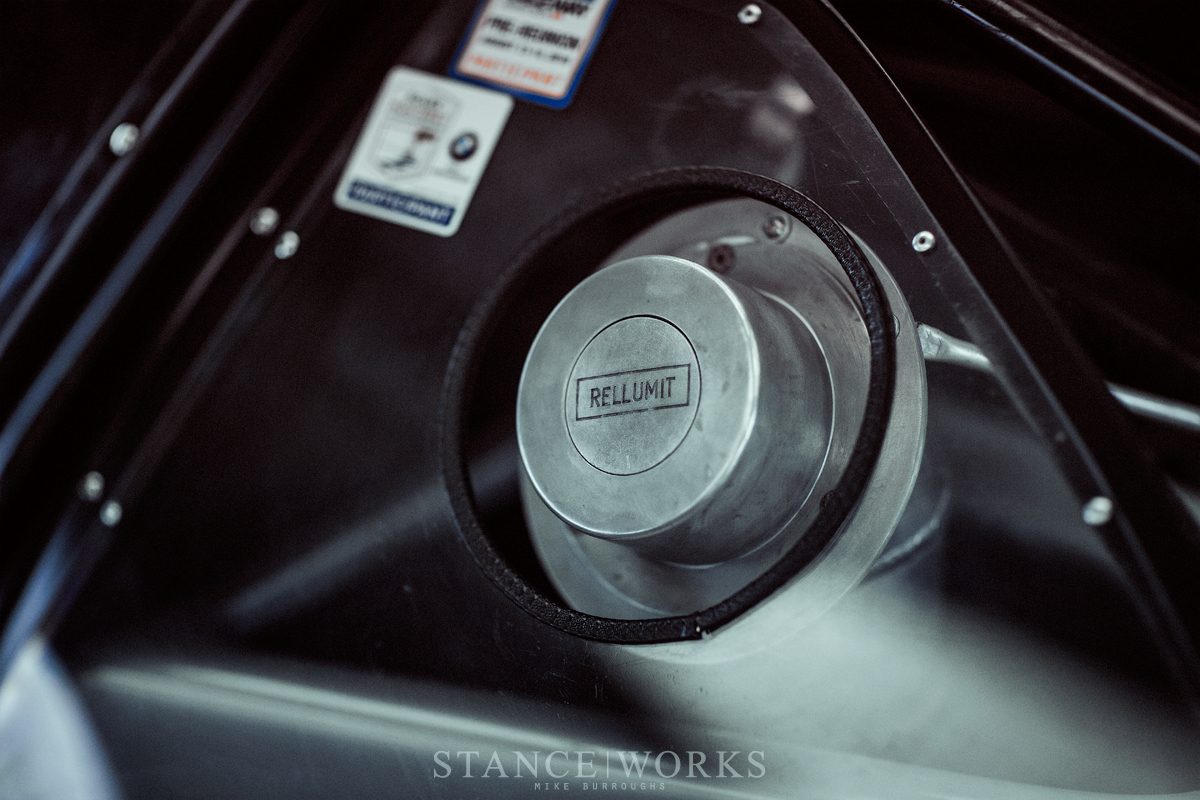 In 1984 #1077 was retired and acquired by the teams sponsor, where it was still occasionally used in selected historic events, but mostly hibernated for the next 25 years. It wasn't until Chris Bowden, of Bowden's Own Premium Car Care Products, heard about the car while traveling to Japan in search of historic Group A race cars. After enlisting the help of his brother David, the two endured more than six months of negotiations before acquiring the M1 for their own collection. Hardly resembling the Procar-configured M1 it was born as, the push began to restore #1077 to its original guise and setup. 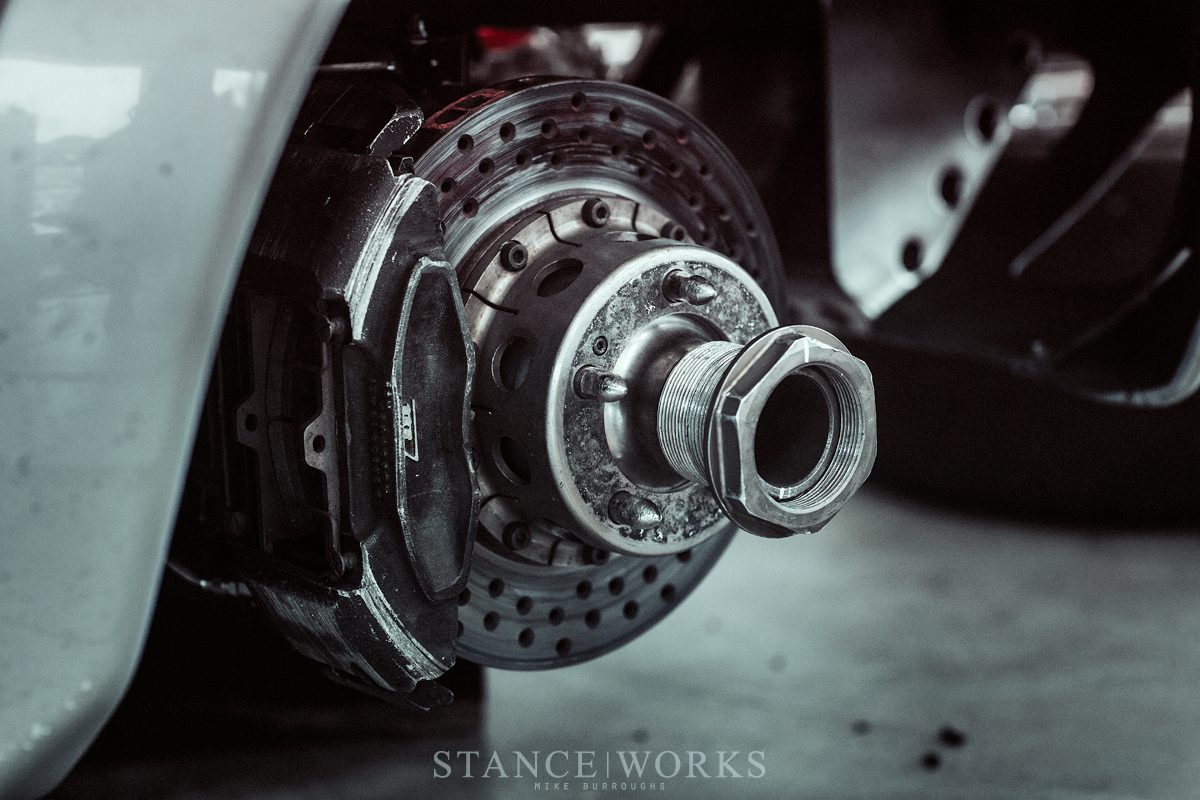 A year-long restoration began to return it to its original 1979 Speed Star Racing livery, bodywork, and configuration, requiring painstaking research to ensure authenticity and accuracy. Vintage photos were sourced, and even interviews of Nagasaka himself were used to recreate the legendary car. Such accuracy is with good reason, too - as the car is given a crowning achievement amongst most  M1 enthusiasts as the winningest M1 in motorsports. 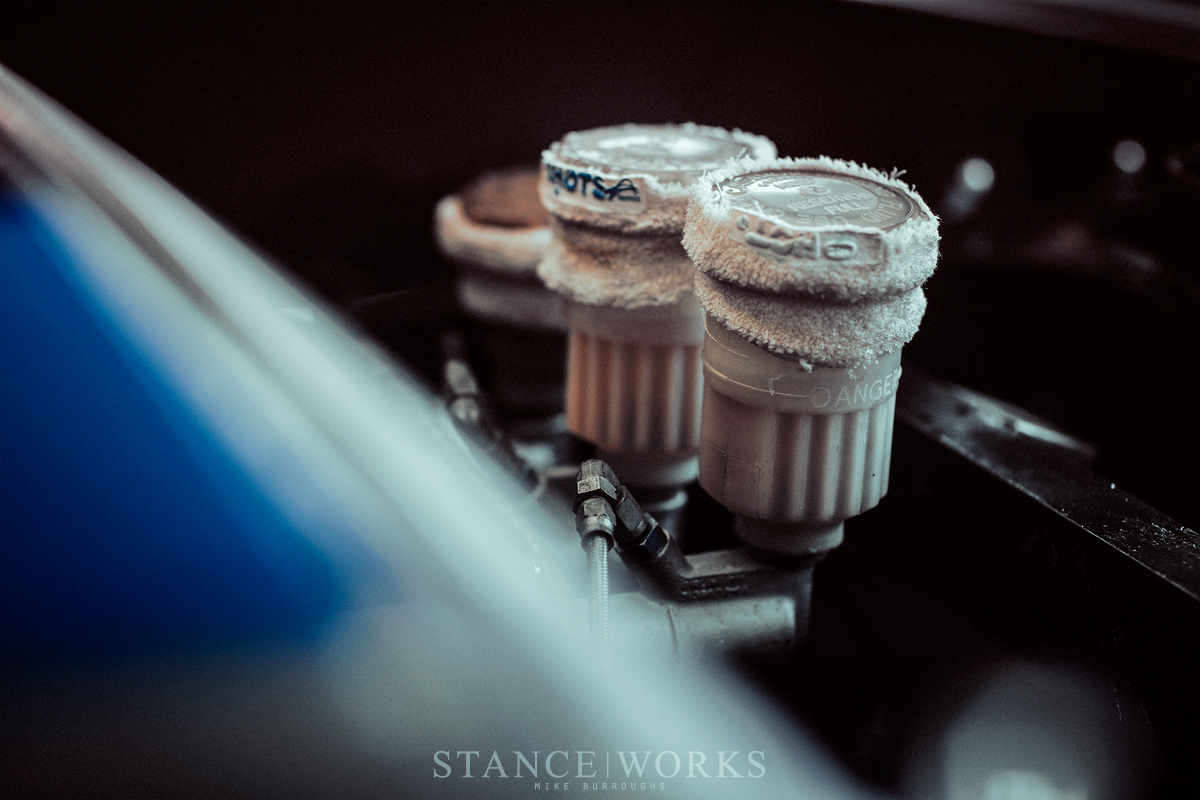 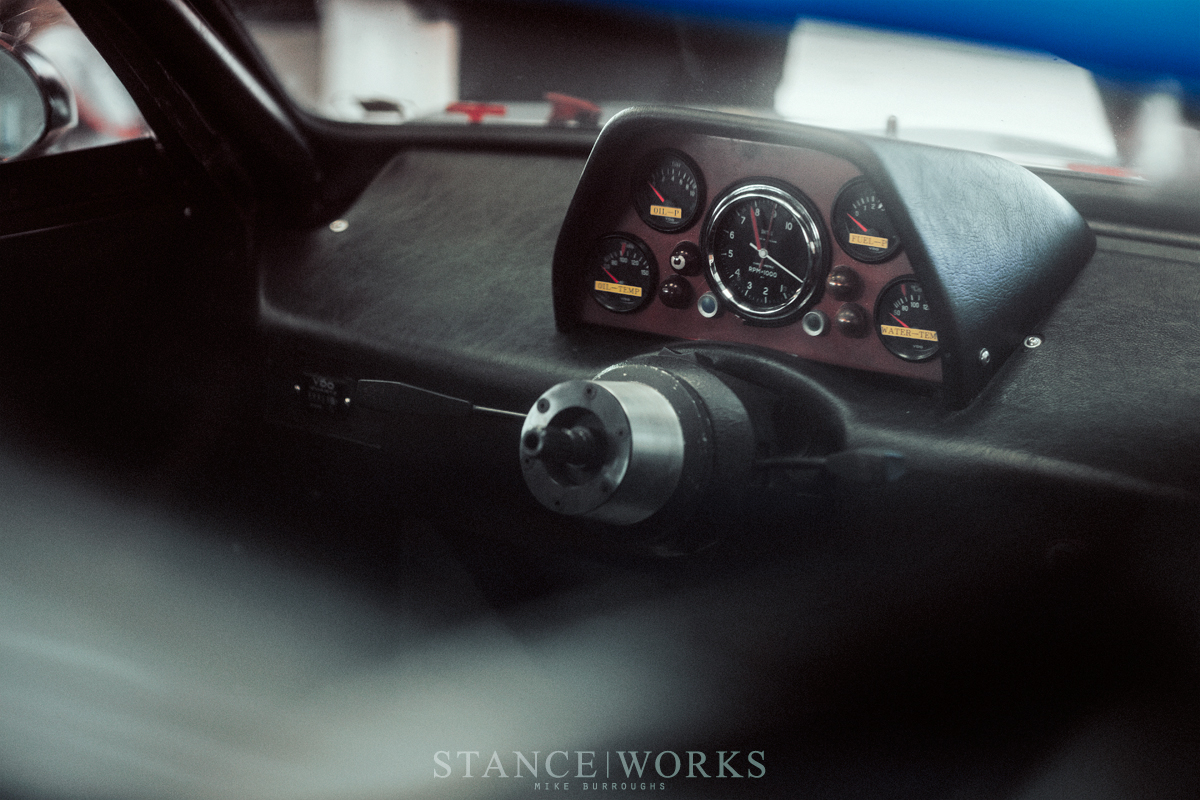 Today, thanks to Chris and David Bowden, as well as the rest of the Bowden team, this truly unique part of BMW's motorsports history is back on track, both Stateside and abroad. At Laguna Seca, there was no denying its prowess either; the screams of its 450 horsepower M88/1 inline six made the rest of the field seem weak in comparison. But as exciting as it was to both hear and see rip around the track, I was merely happy to get up close, and in this case, truly personal. 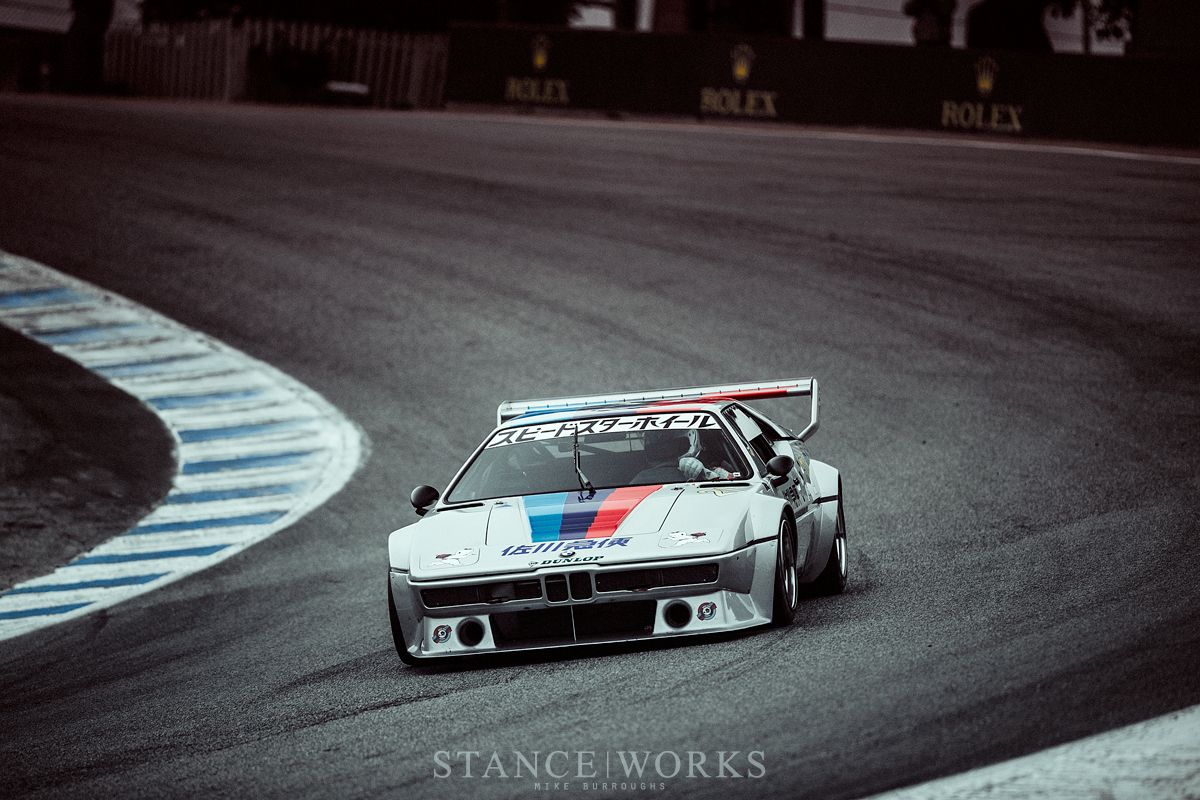