Most of the vintage race weekends that we attend are quite an occasion. The paddocks swarm with spectators and large car haulers line the numerous rows of work areas. The weekends feel surreal, with legendary drivers running in and out of the pits, piloting prototype cars that managed to escape an almost certain destiny in museums. However, this weekend was different. I set out early Saturday morning on unusually wet highways. The abnormal winter weather pushed another large storm through Southern California the night before, washing mudslides across my route up the 5 on my way out to the desert. Skepticism loomed as I slowly made my way through the storm's wake, but I had heard rumblings of an Alfa Romeo gathering at the end of the rainbow, so I continued on. 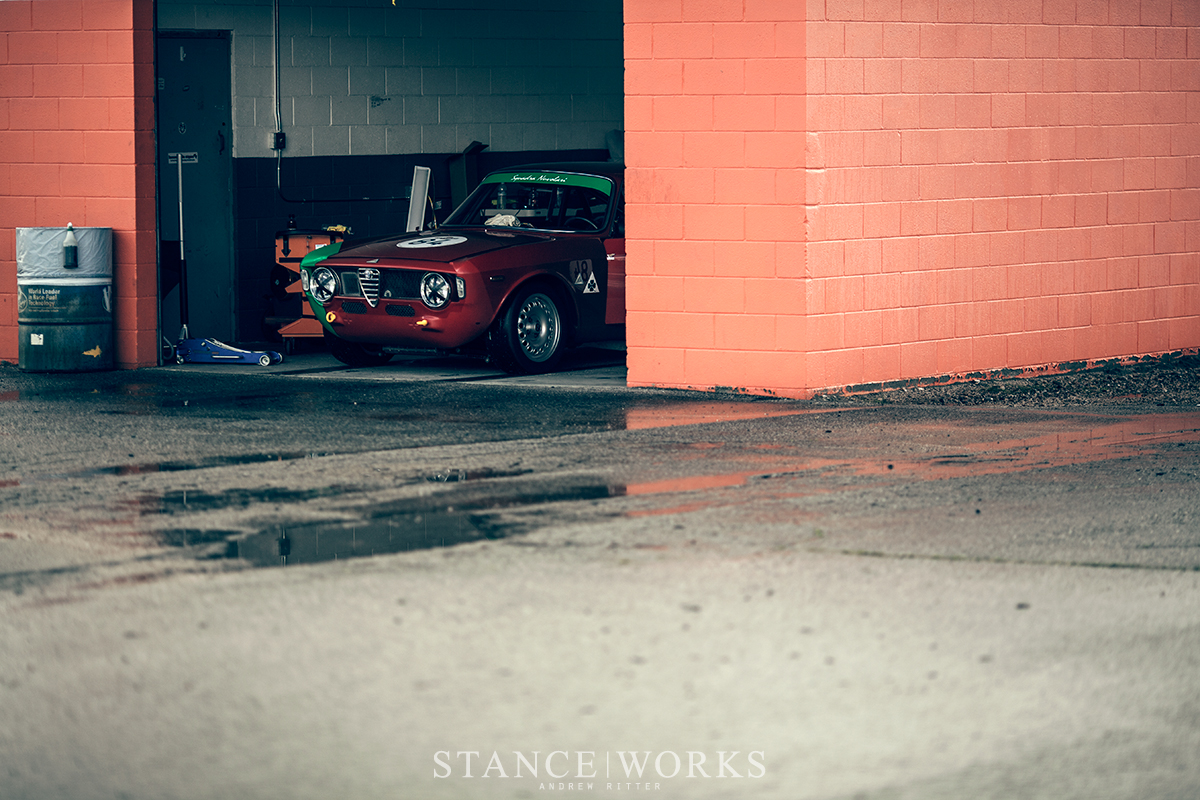 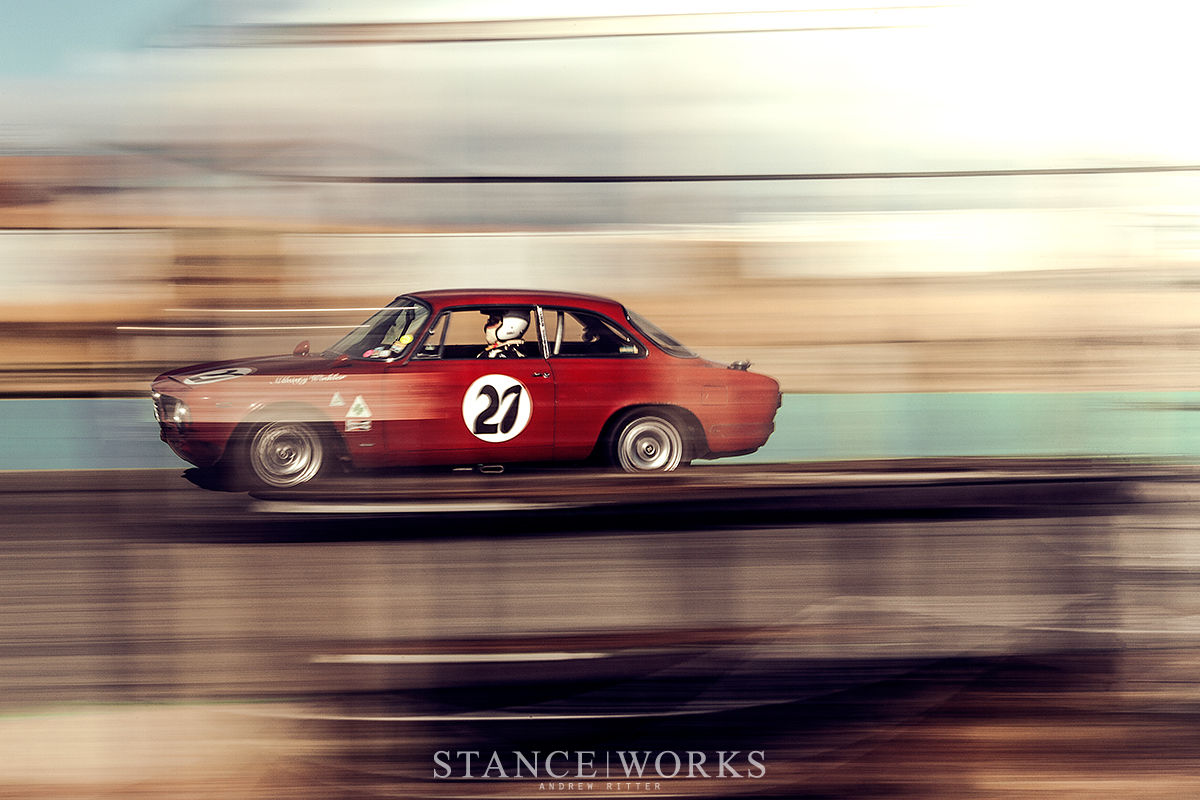 Fortunately, the terra wall that surrounds Los Angeles held the storm at bay, so the skies began to clear as I drove down the far side of the San Gabriel mountains and into the desert.  Willow Springs Raceway sits along a line of mountains, amidst old mining sites. The 600 acre property has earned itself California's recognition as a historical site with racing history dating all the way back to 1953. The course, which has remained unchanged since it's inception, has played a role in the stories of many racers, and it continues to offer a motorsport retreat to eager enthusiasts to this day. On this particular weekend, the run groups had been reserved for some of Italy's finest. The Alfa Romeo Owners of Southern California (AROSC) had made the trek out to Willow for a memorial race to honor Alan Ward, an AROSC member who shared a love for competition. 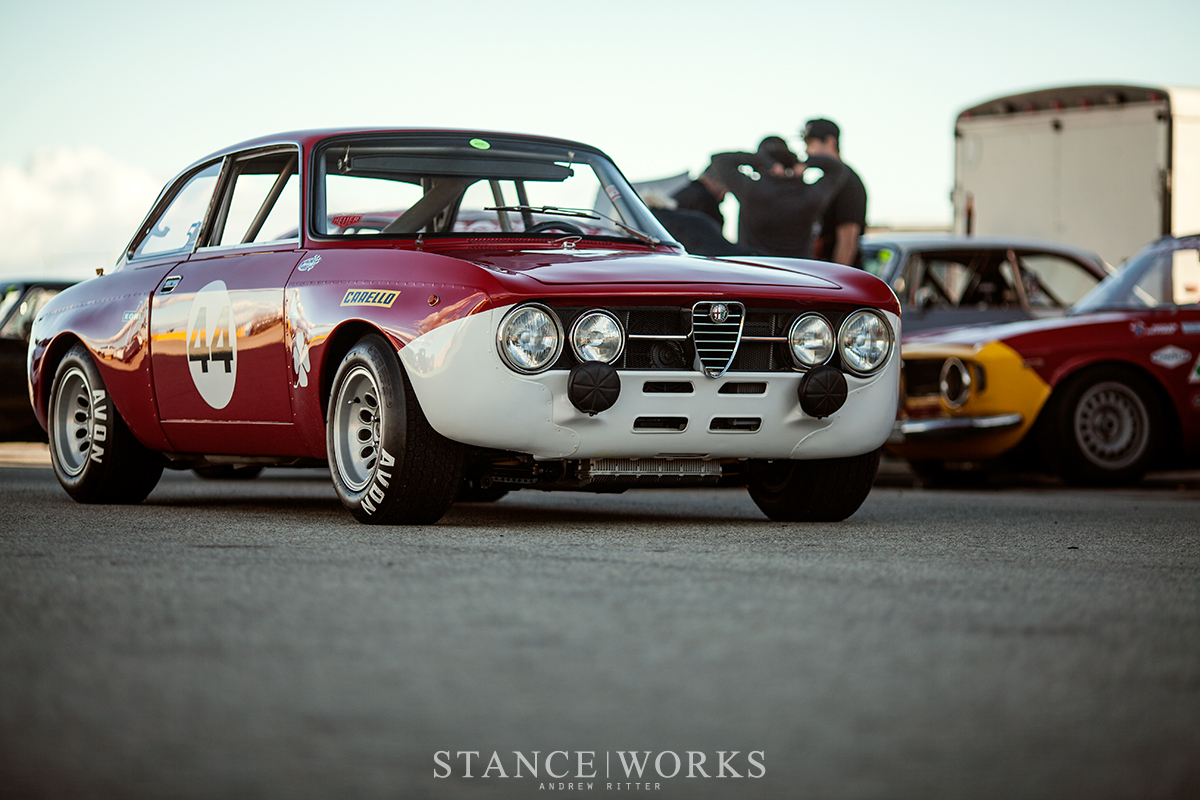 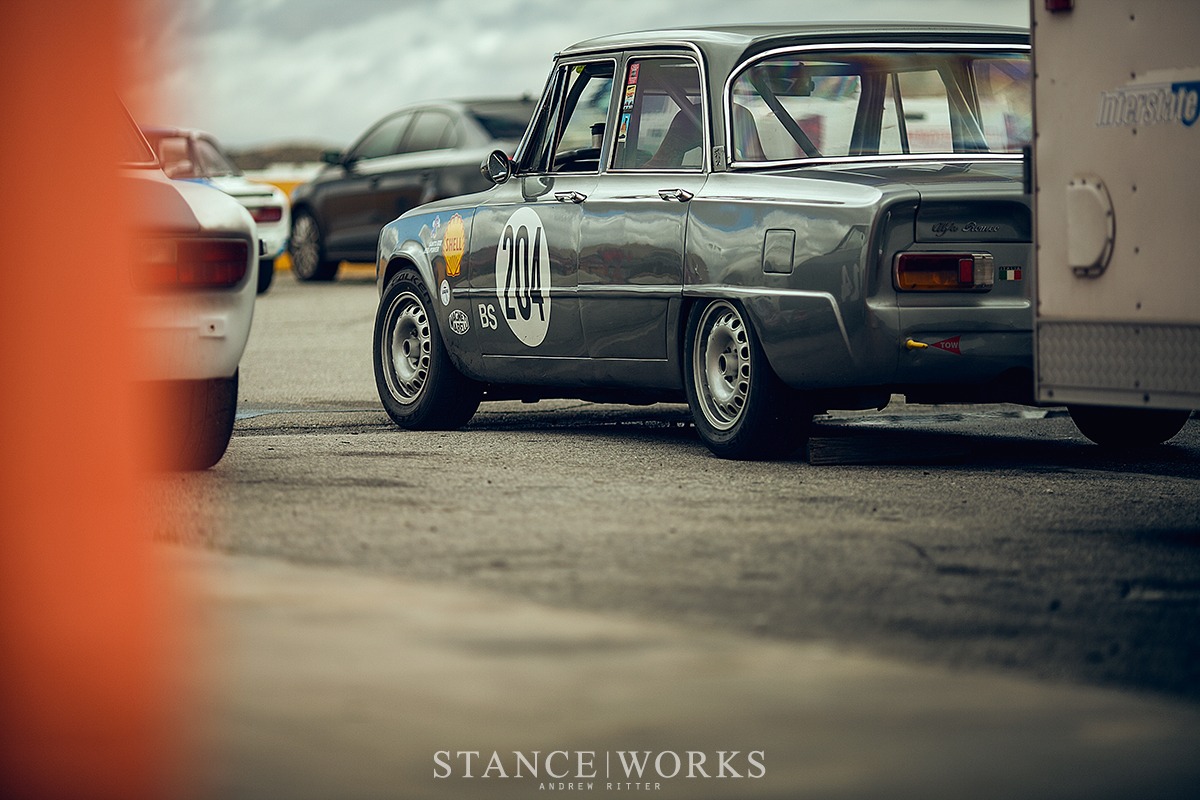 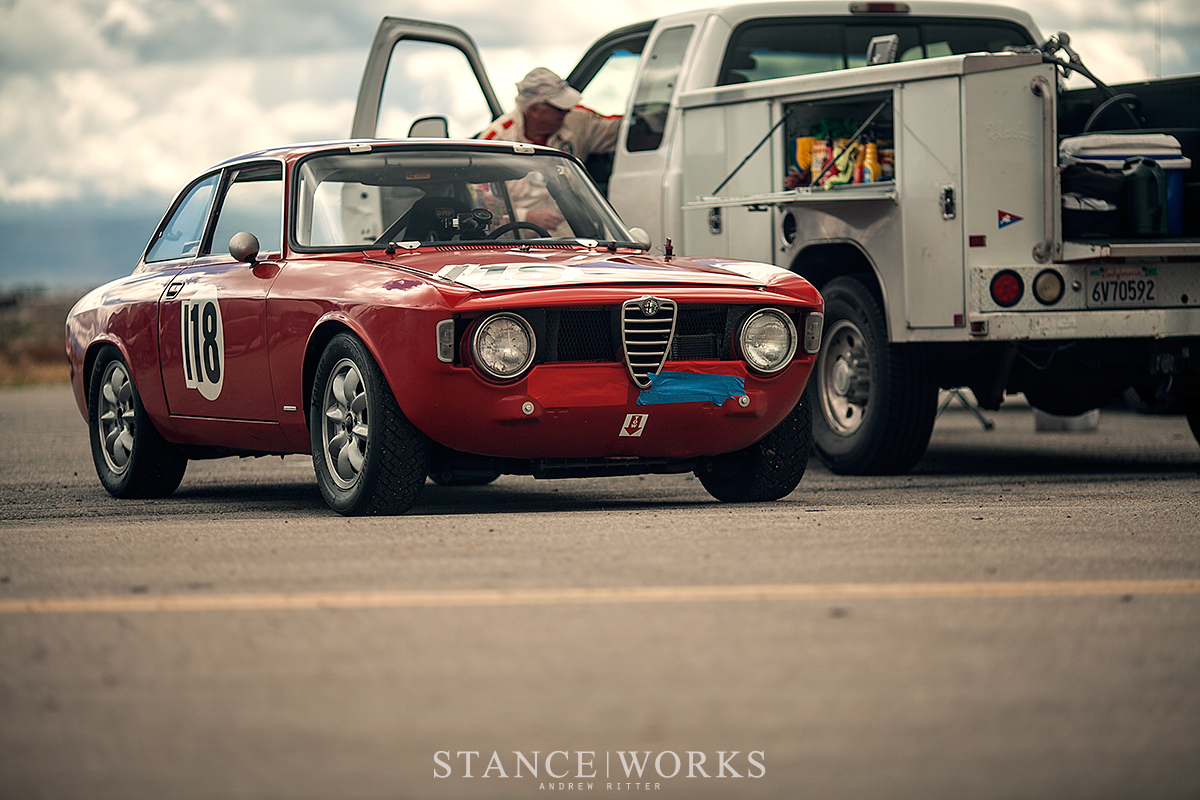 Like any classic car club, the AROSC has its fair share of wine tours, dinners, and weekend cruises, but they are also insistent in carrying on the century-old tradition of racing Alfa Romeos. I arrived that morning to find a humble, quiet paddock. A few guys wrenched on their alfas between runs while a crowd gathered around the row of Giulias. Many of the racers had driven to the track in their entry vehicle while others towed them in on small trailers behind the family grocery getter. Aside from a group of track workers, the competitors had the paddock all to themselves. With the crackling sound of lap times being rattled off on an old loud speaker in the distance and the guttural cough of carburetors as the 2 Liters springing to life for the next run, the atmosphere took on the feel of decades past. I imagine this is the form that vintage sports car racing has existed in for years, with privateers setting out to simply enjoy their old race cars in between work weeks. Free of any extravagance and with humble means that one could relate to, the weekend felt relaxing and reinvigorating. As the racers took the grid, I wandered to the end of the straight to watch from the bleachers. 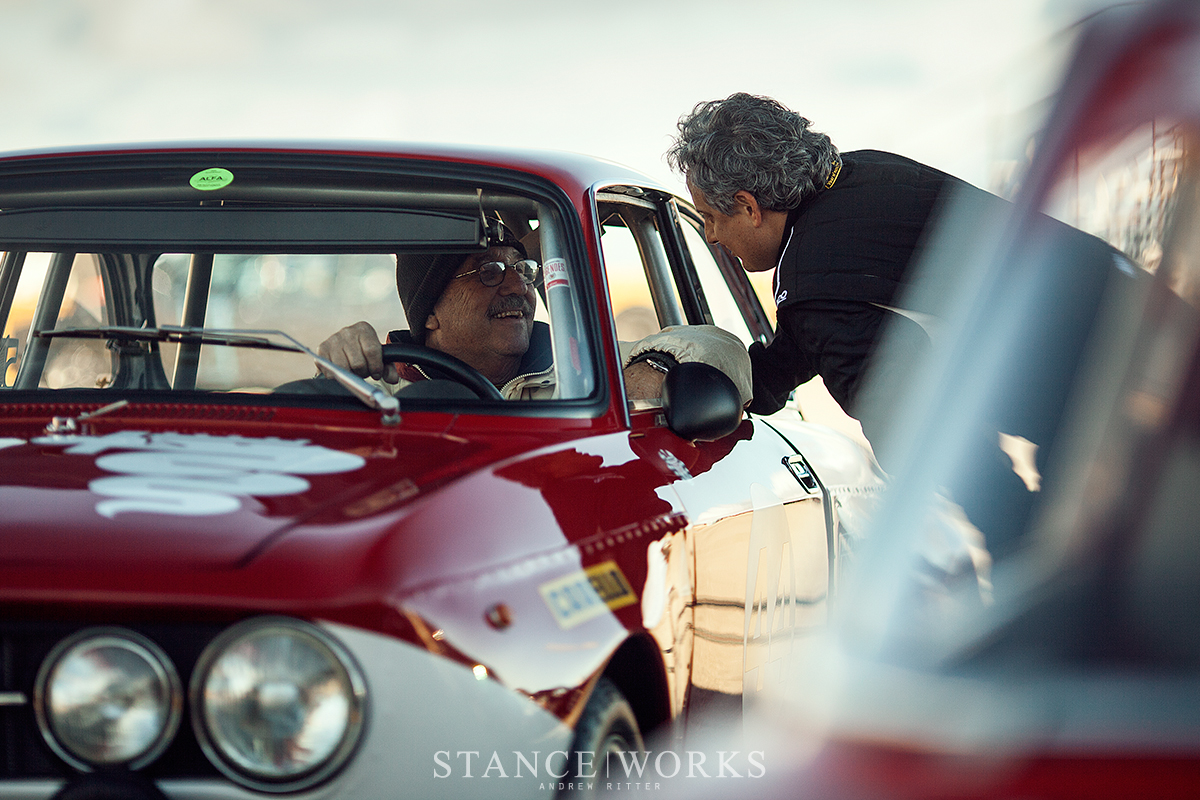 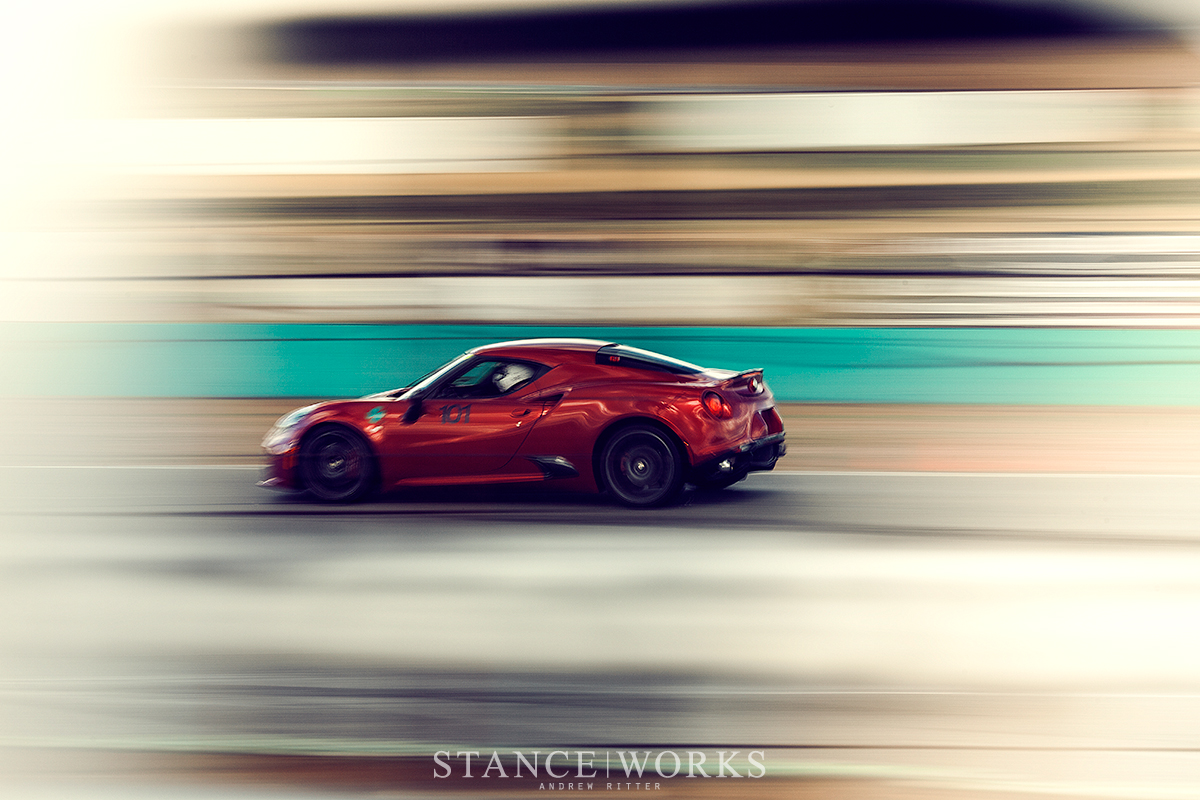 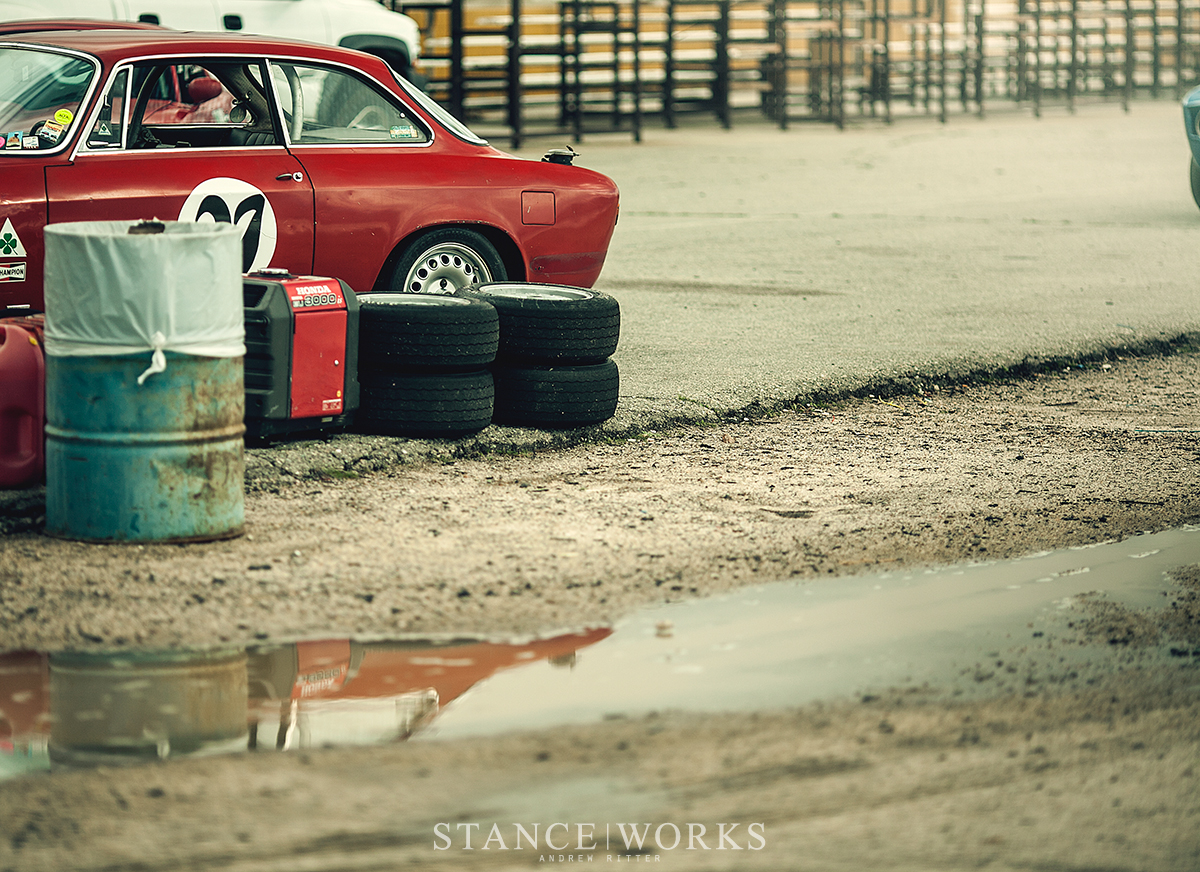 With the practice runs under their belt, it was time for the main attraction, a battle for bragging rights around one of the fastest tracks in the country. From the classic lines of a Giulietta to the modern curves of the brand's new 4C, the group was a diverse collection of Alfa Romeo's rich history in competition. At the front of the pack, the Rimicci brothers fought for first place around each turn. Having fun with a long standing sibling rivalry, clad in a matching yellow and red livery, the two were neck and neck, but Fabrizio seemed to just have a little extra oomph in the straights that gave him a trophy that we're sure he'll playfully hold over his brother Anthony's head until the next time they meet on the track. Just behind them, club members swapped positions with familiar competition, diving into the left turn that follows a long stint down the main straight. The course carried the cars up the hill before descending down, preparing them for another high-speed run past the timing tower. Before long, the crew had made the way around their last lap and as the checkered flag waved over a successful day at the track, the paddock turned to a gathering place for stories and competitive ribbing. Hand gestures illustrated the varying apex techniques between friends and talk continued around the cooling of open engine bays. The club had come together to celebrate the life of a fellow Alfa racer, and a day spent at wide open throttle amongst friends was the perfect tribute. I made my way home, inspired by the camaraderie and the relaxed nature of AROSC's race events. With the first race of the season now under my belt, I'm already itching for more. 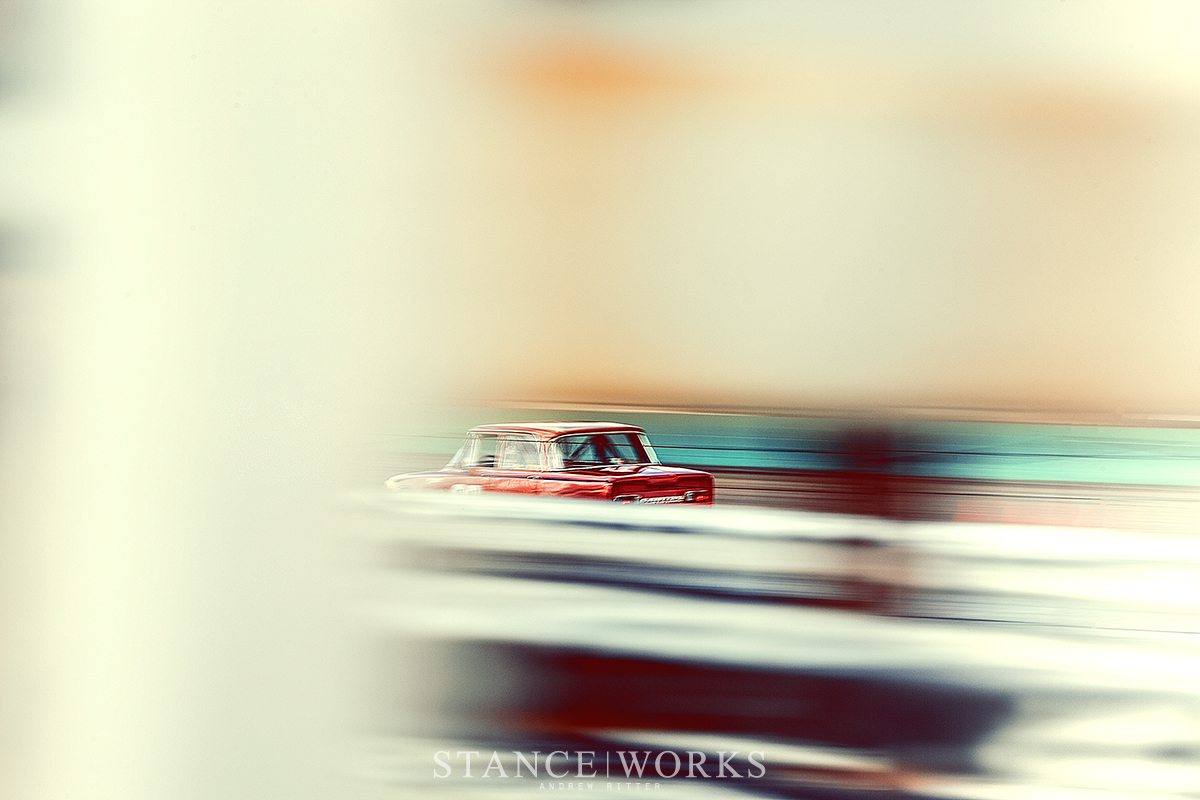 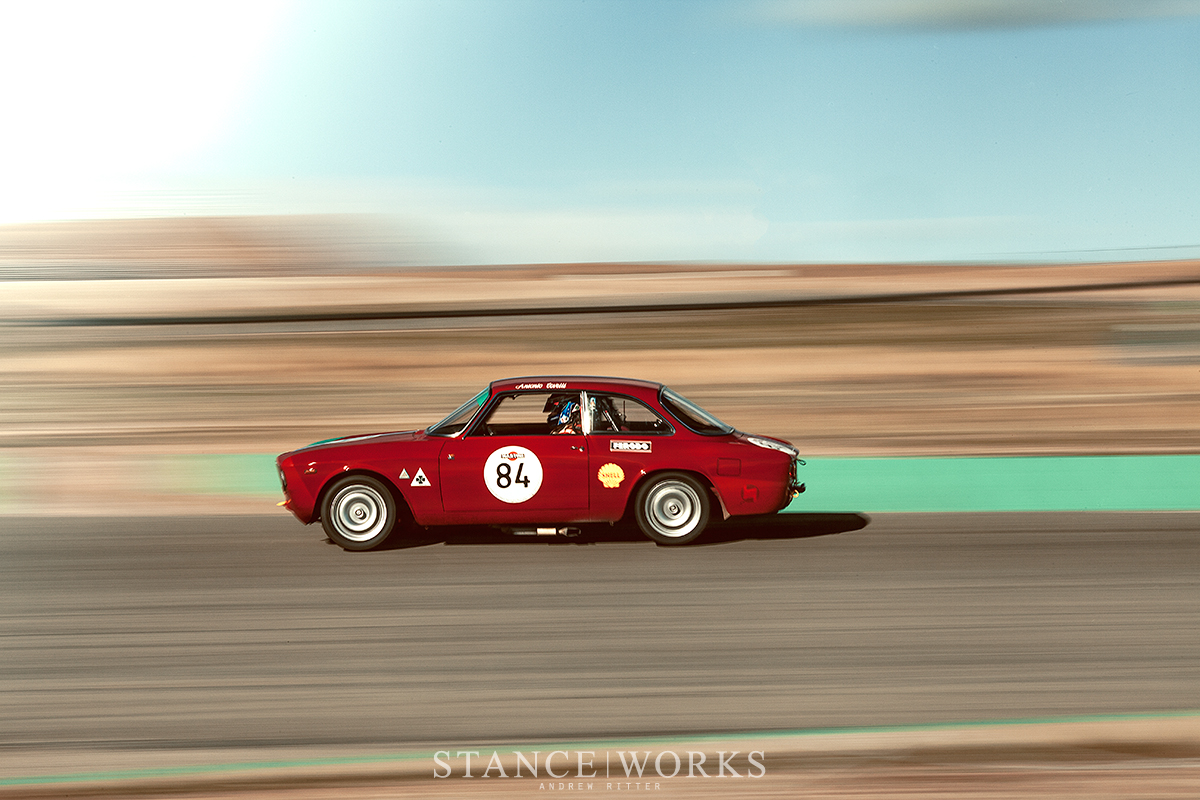 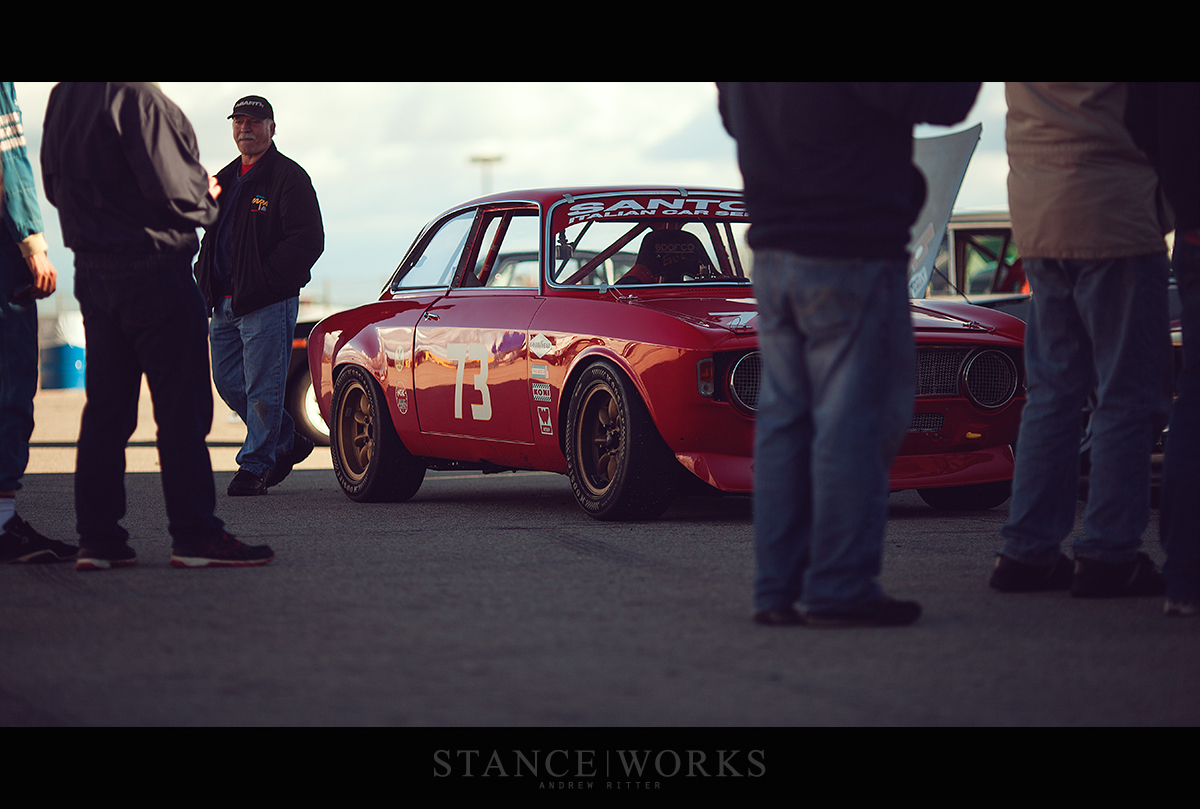 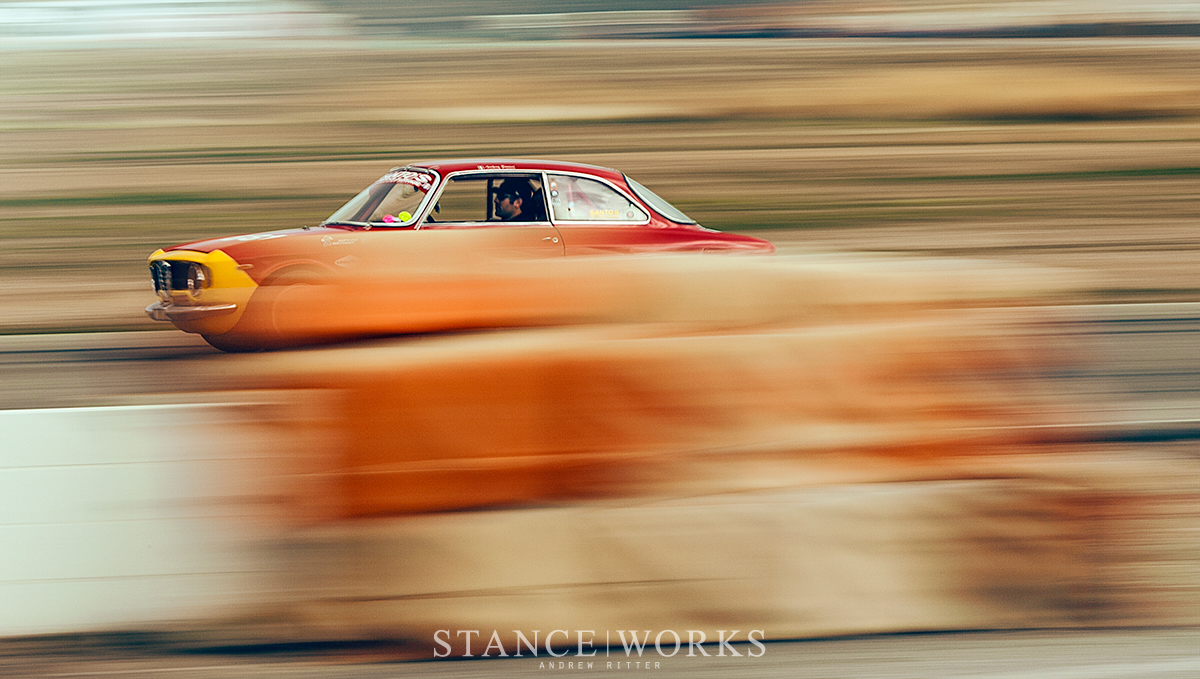 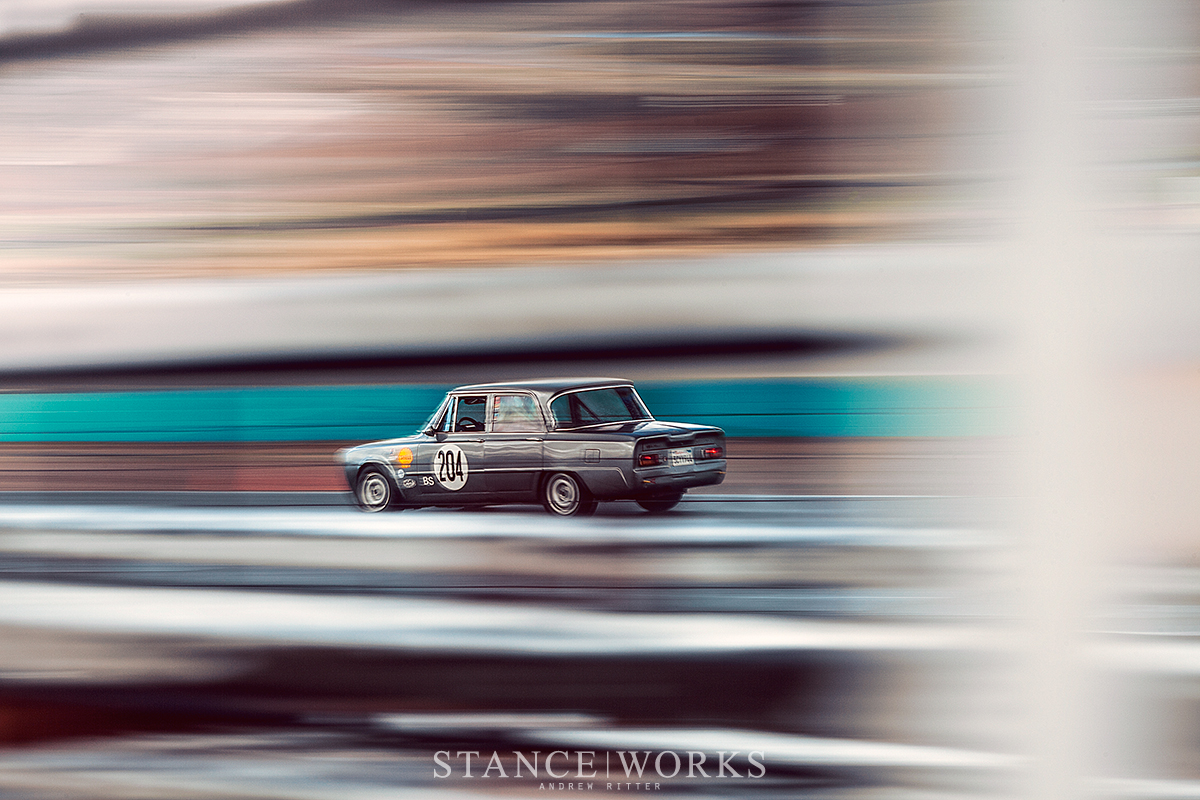 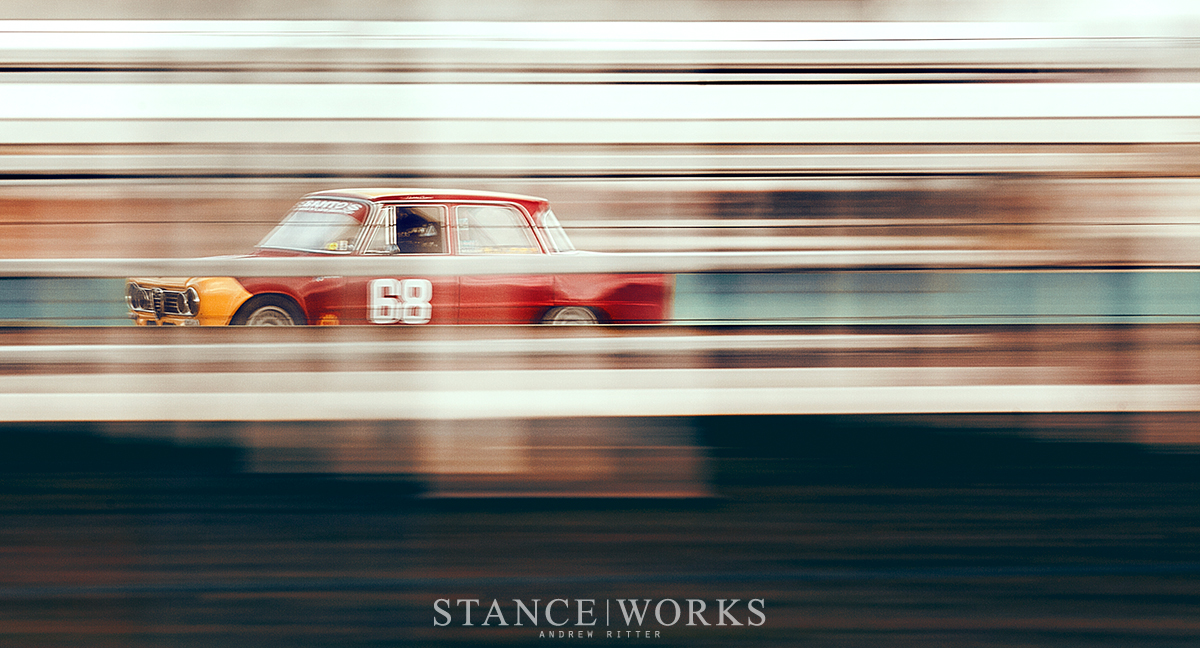 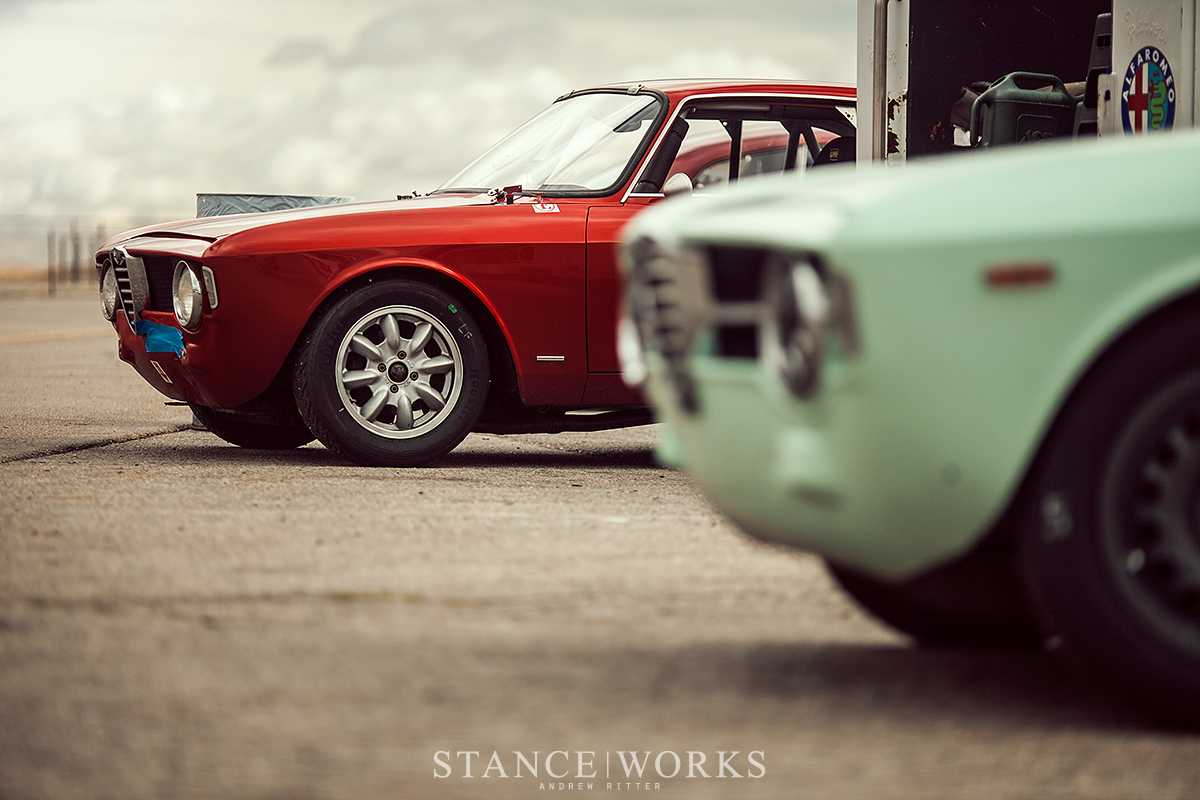 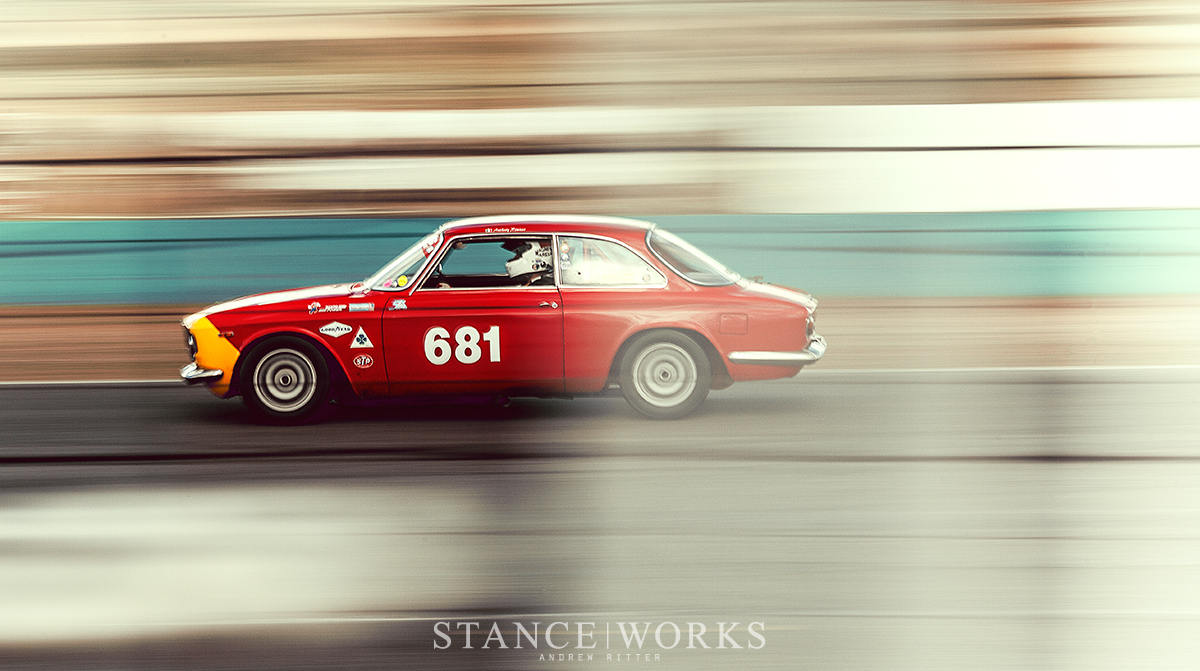 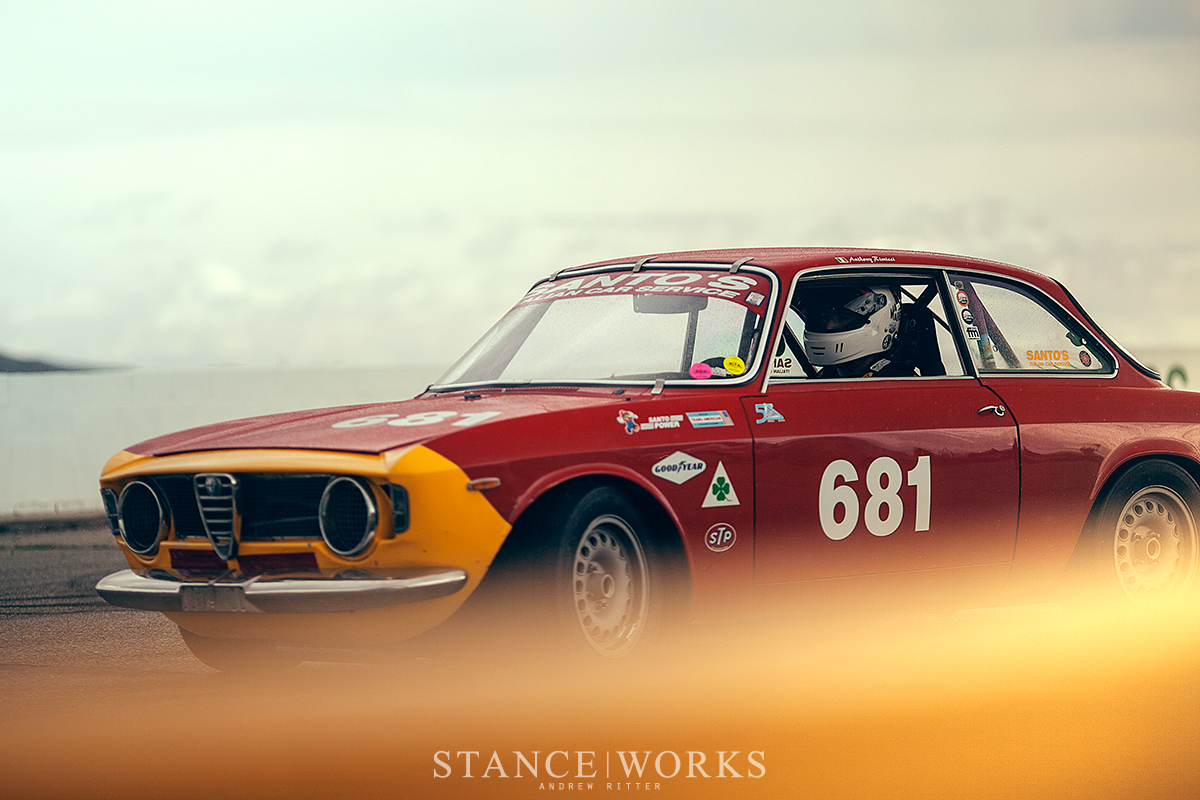 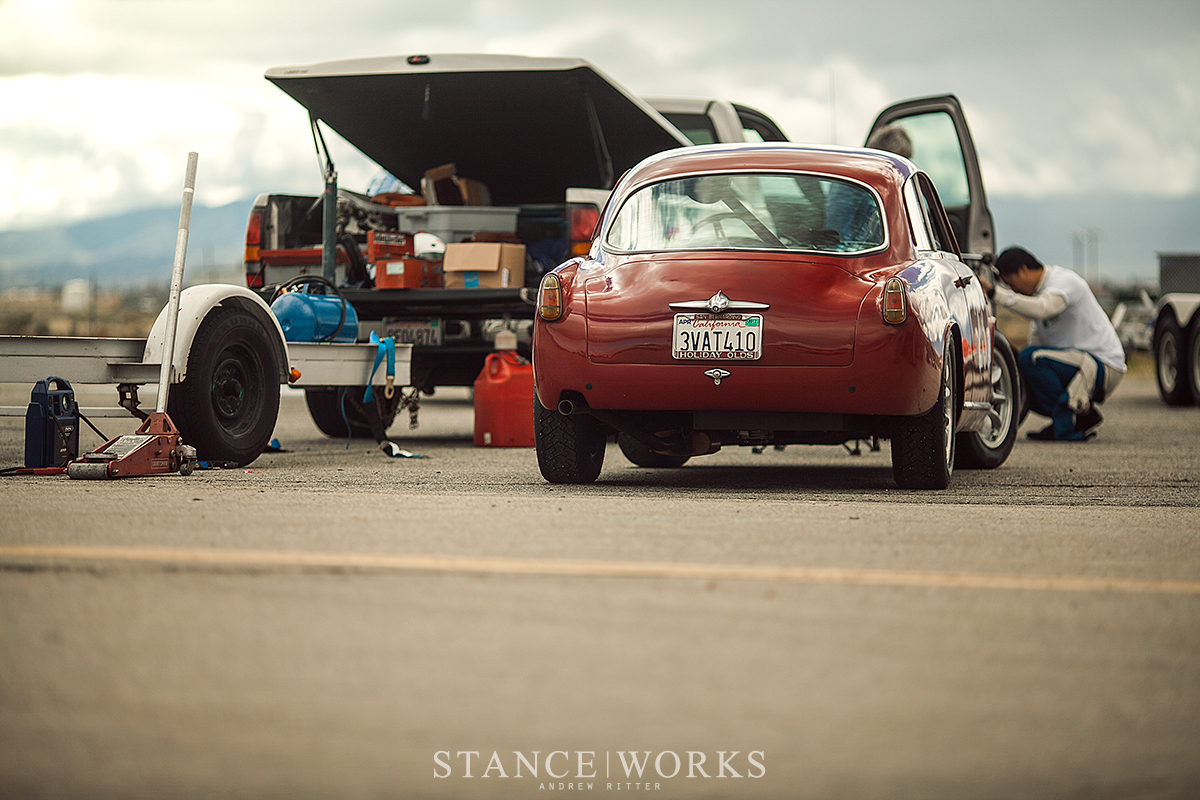 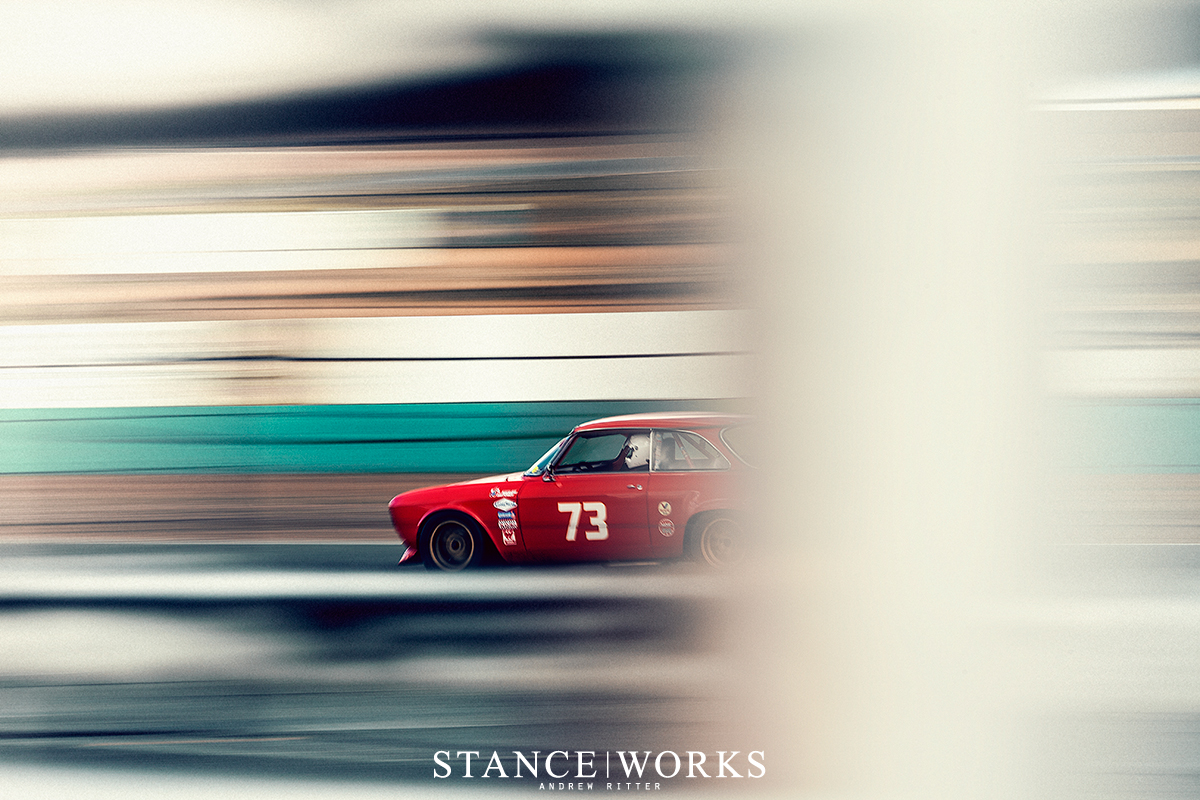 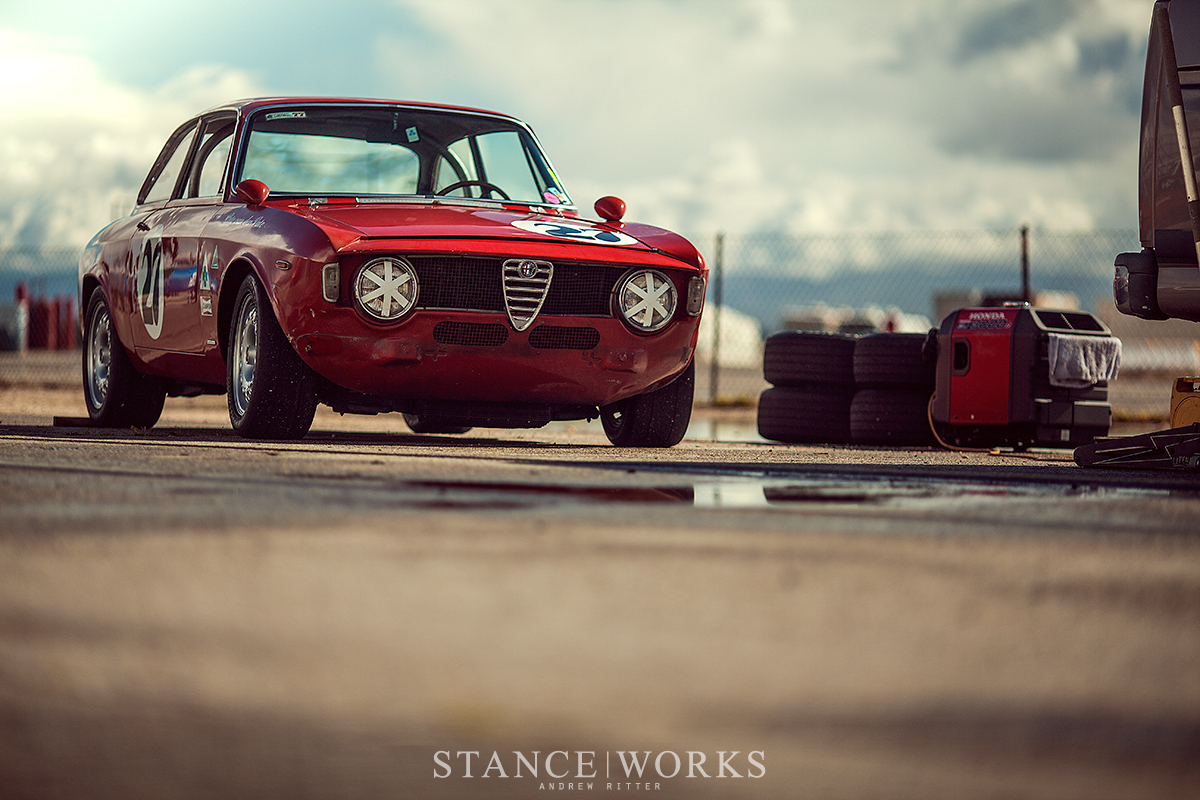