It was more than four years ago that I first hit the trail with Geoff; without a truck of my own, I was relegated to the passenger seat while he and Kyle tackled obstacles that were far beyond their trucks' capabilities. Nevertheless, they made it through, and before long, I found myself wanting a truck of my own. Since then, we've failed to own trail-ready trucks at the same time, and even so, the rush of SEMA and the holidays have kept me from hitting the trails on my own time. Eager to both get back out in the dirt, we set a date - December 17th - to make it happen. Luckily for us, California's first snowfall happened the night before. 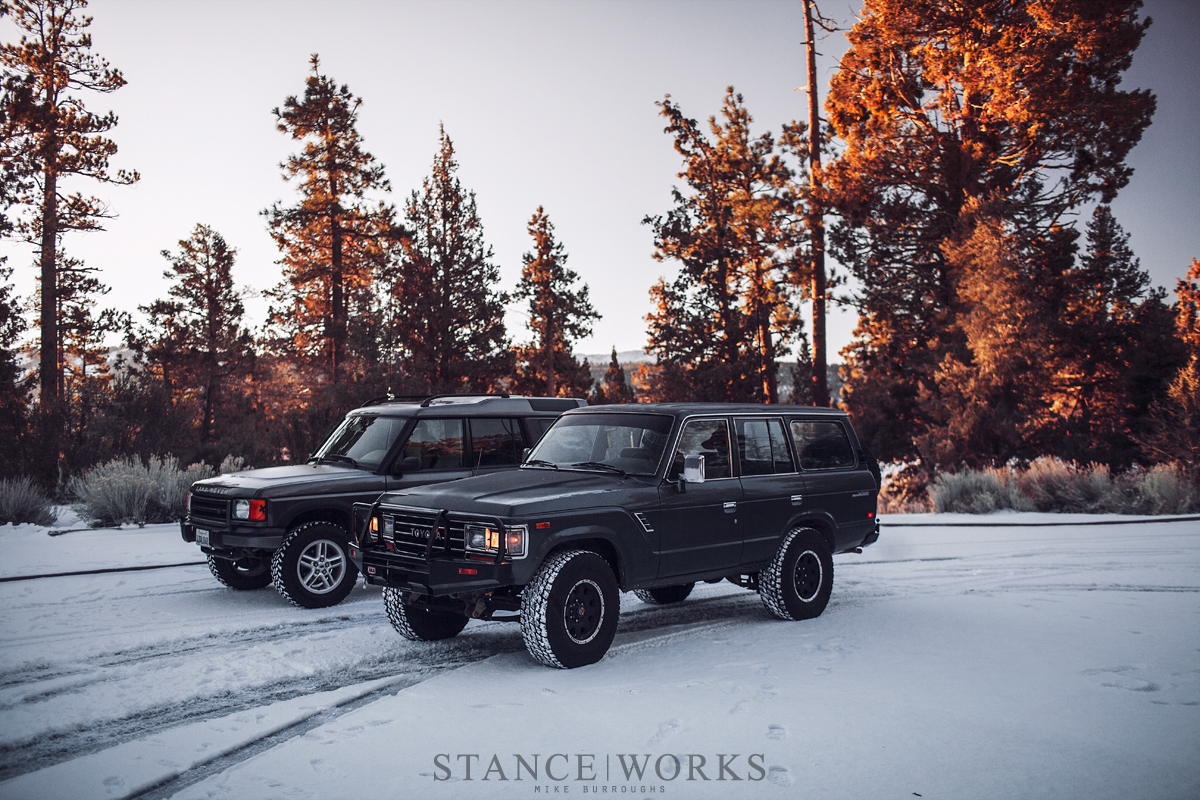 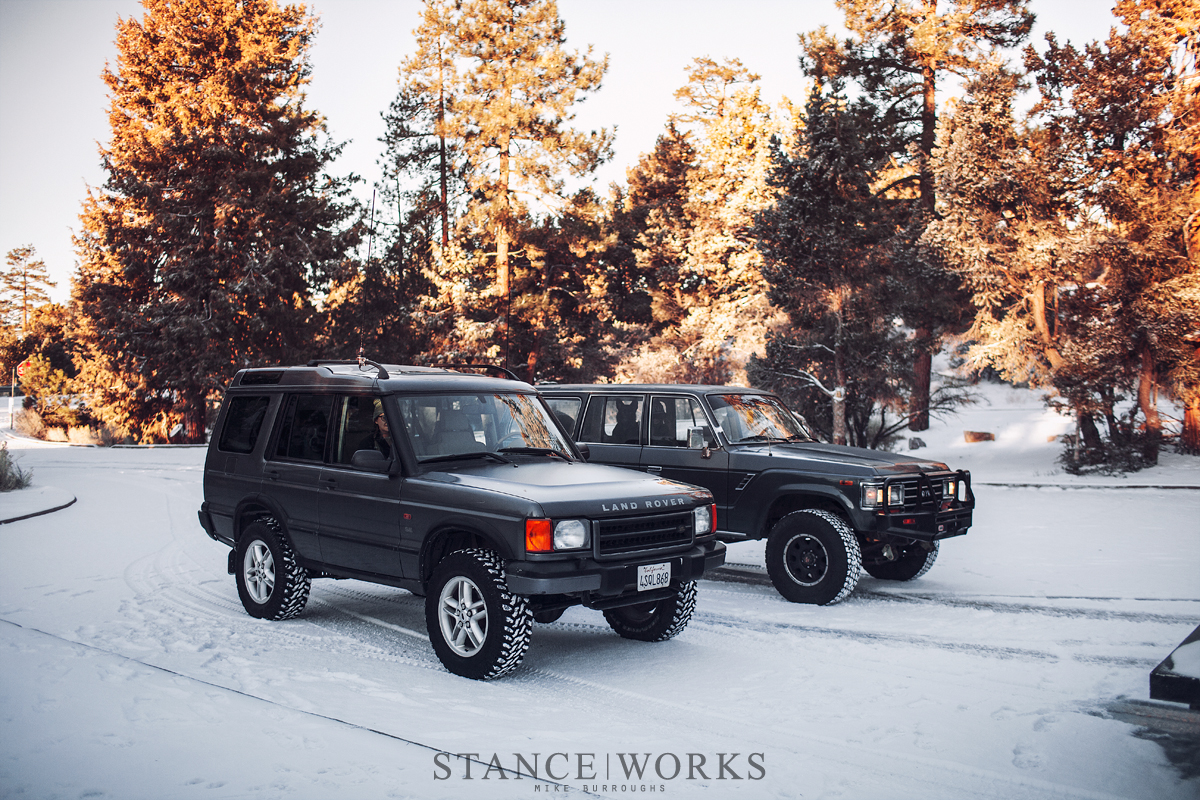 We had initially planned a camping trip out near Joshua Tree, but with Christmas nearing, the available hours of the weekend were shrinking by the day. Committing an entire weekend so close to the holiday seemed more stressful than it should. Fortunately, Mother Nature and her weather patterns offered us a different opportunity to escape, and at 4:30AM on Saturday, we departed for Big Bear, eager to make tracks in the fresh but admittedly light snow. 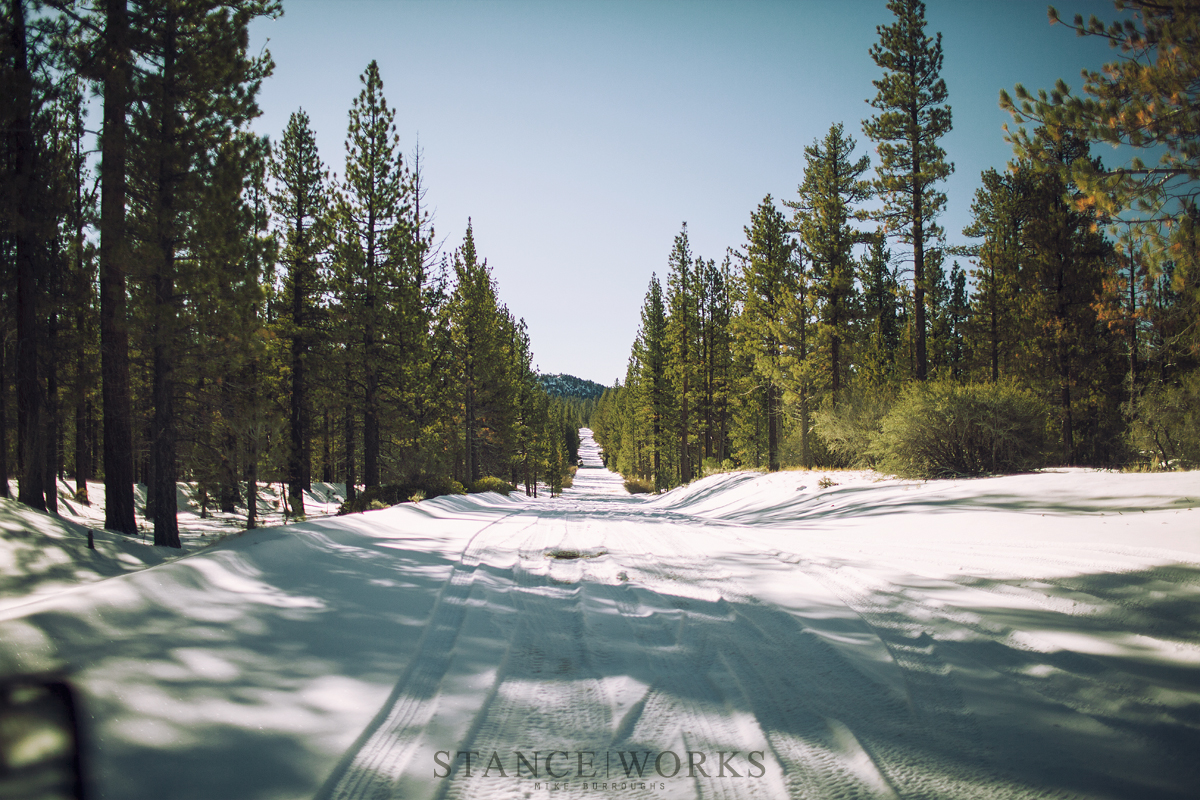 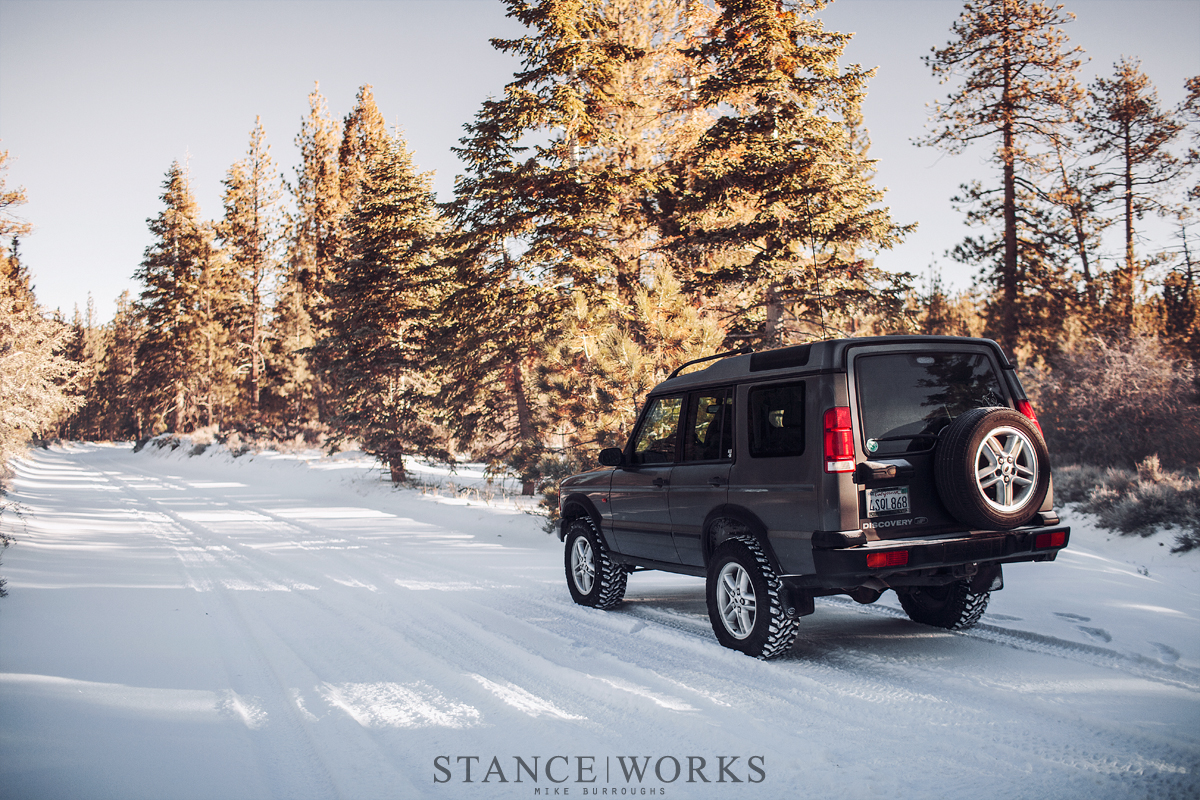 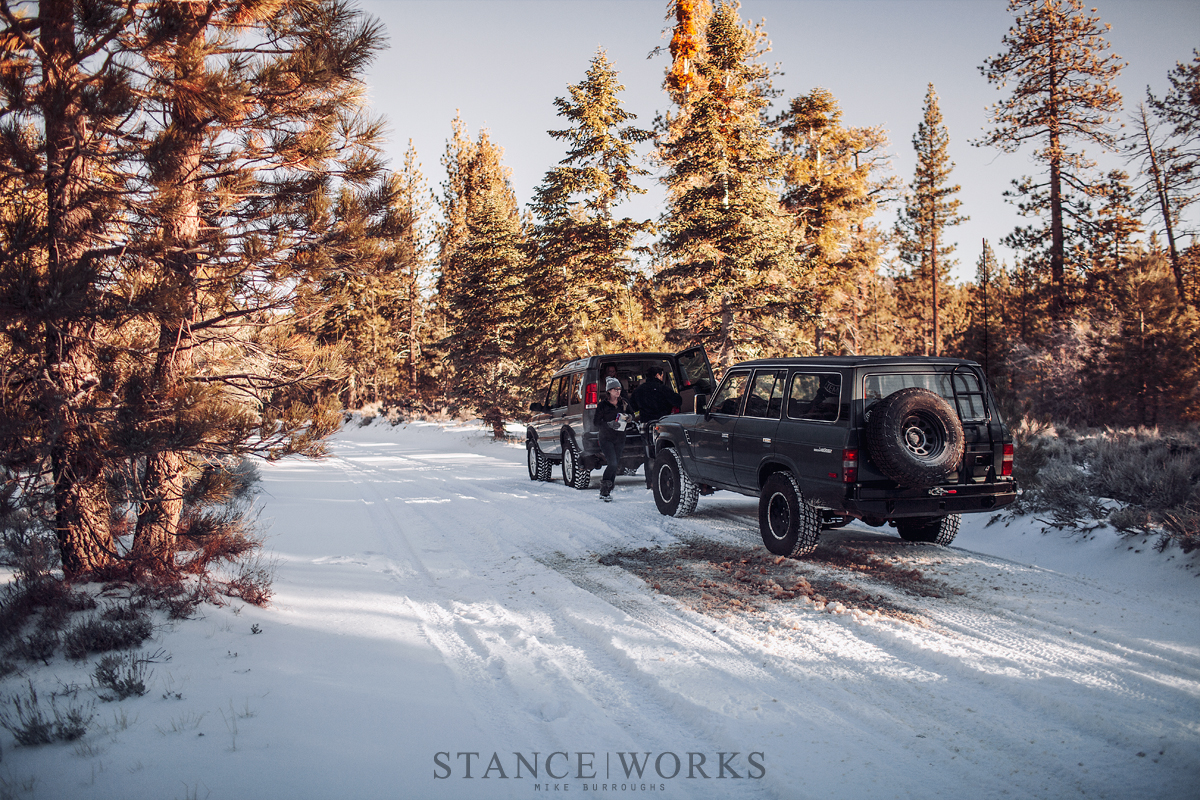 It only took an hour and a half or so before we arrived and aired down our tires for comfort's sake. It was 11 degrees Fahrenheit, or for those abroad, around -12 degrees Celsius: refreshingly cold for us Southern Californians. Without wasting much time, and with the air compressors and tire tools out, we took the time to blow up our inflatable sled, with Josh poised as the guinea pig to be towed behind Geoff's Disco 2. 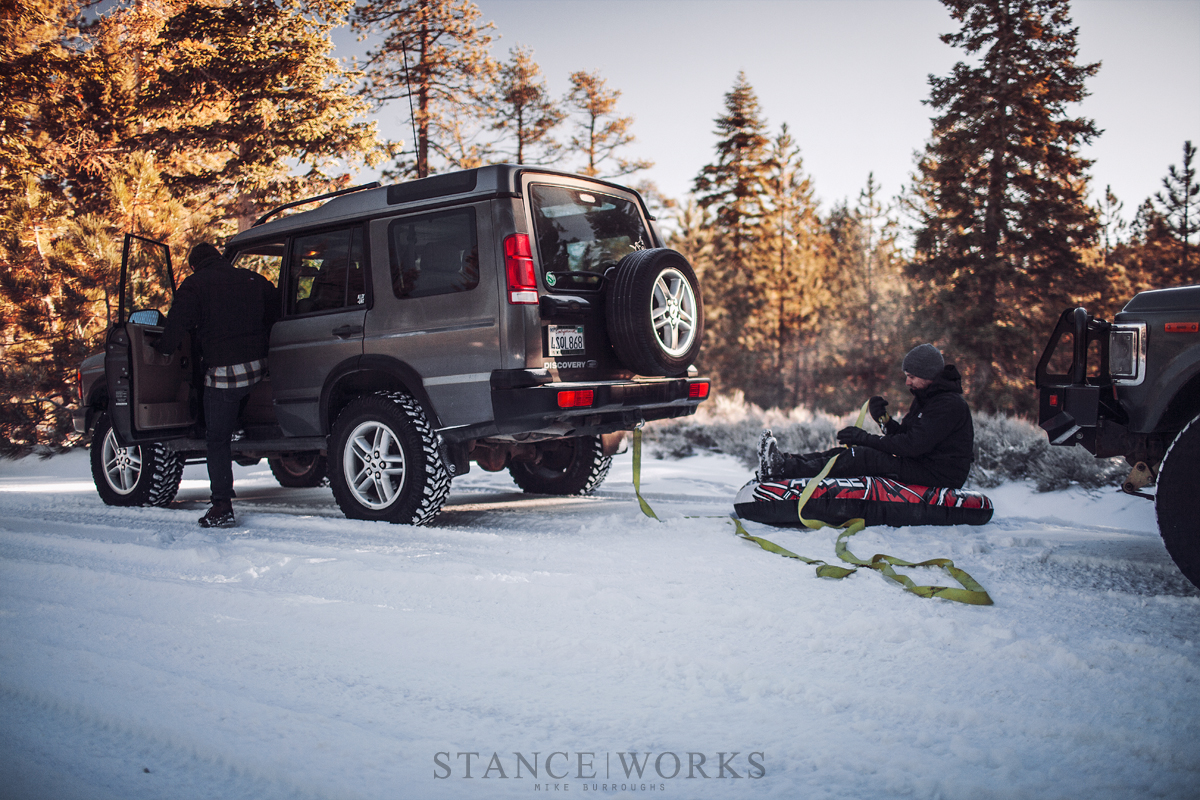 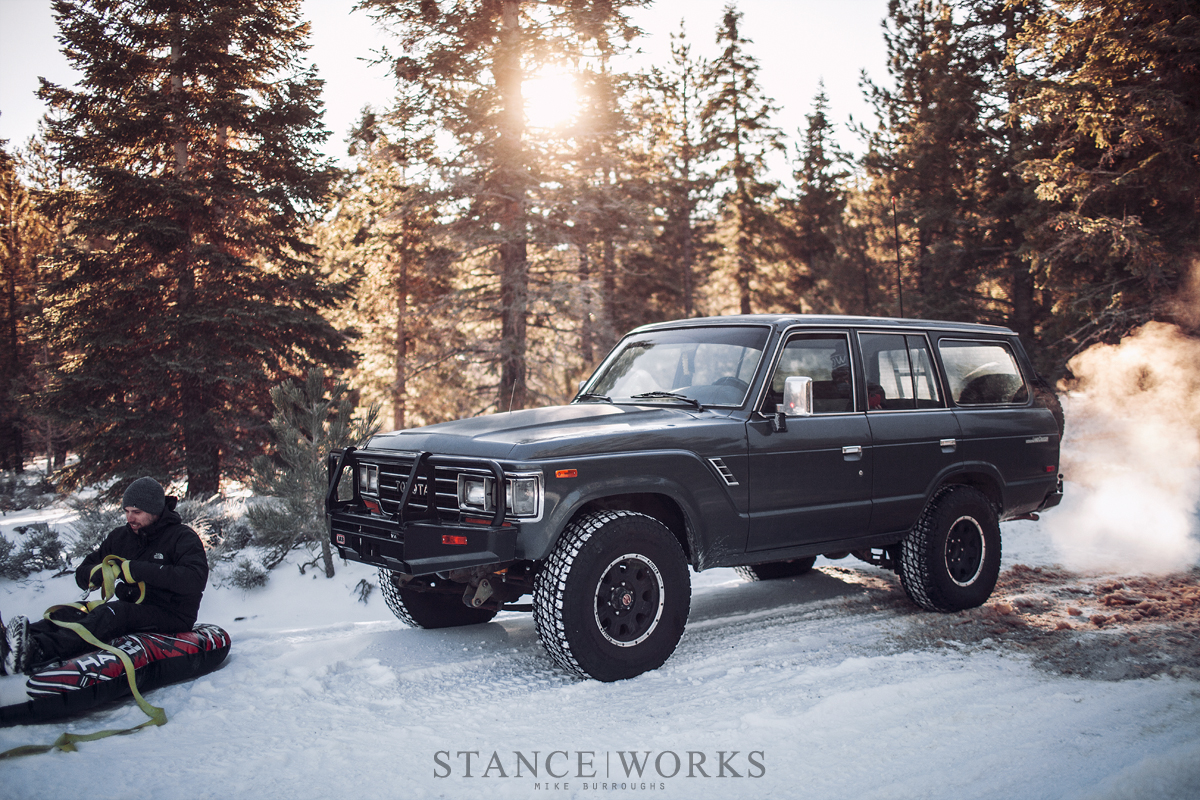 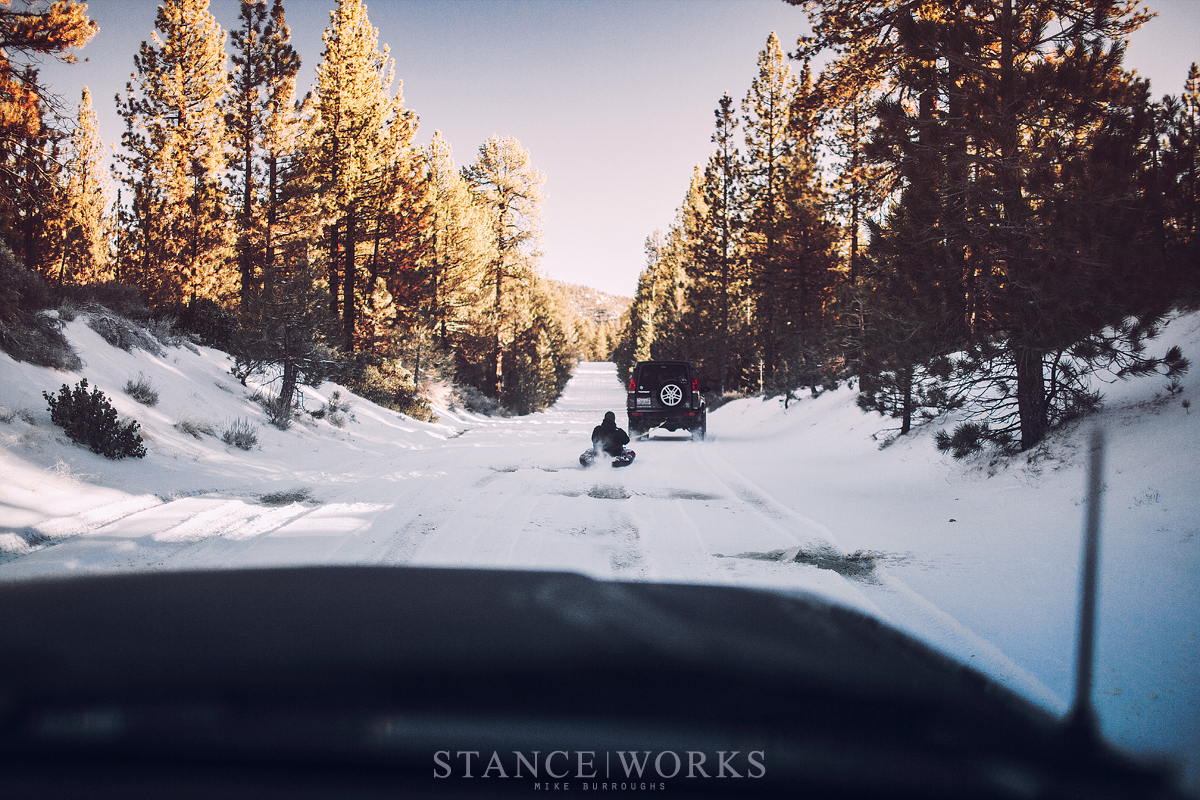 It was perhaps only a half mile before rocks hidden beneath the snow tore the sled and ended the fun; however, the day was only beginning. With the sun still low in the sky, there was a lot of off-roading yet to be done. 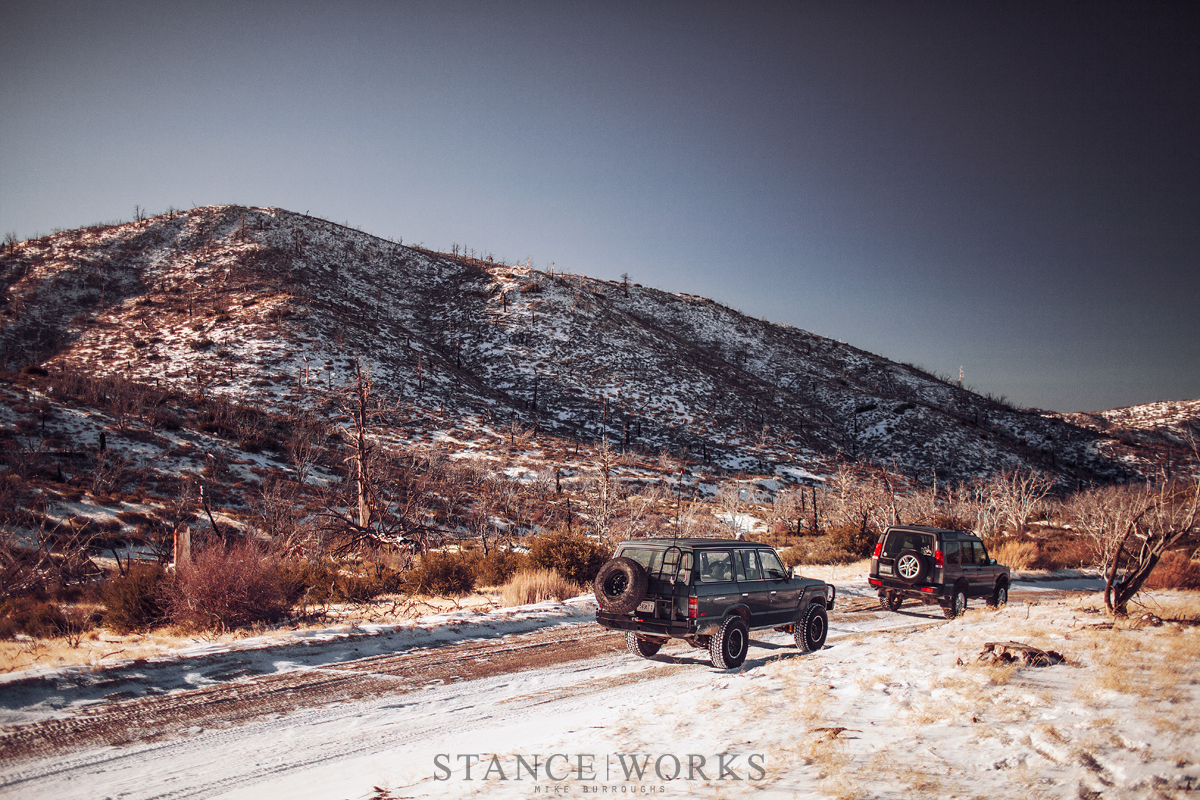 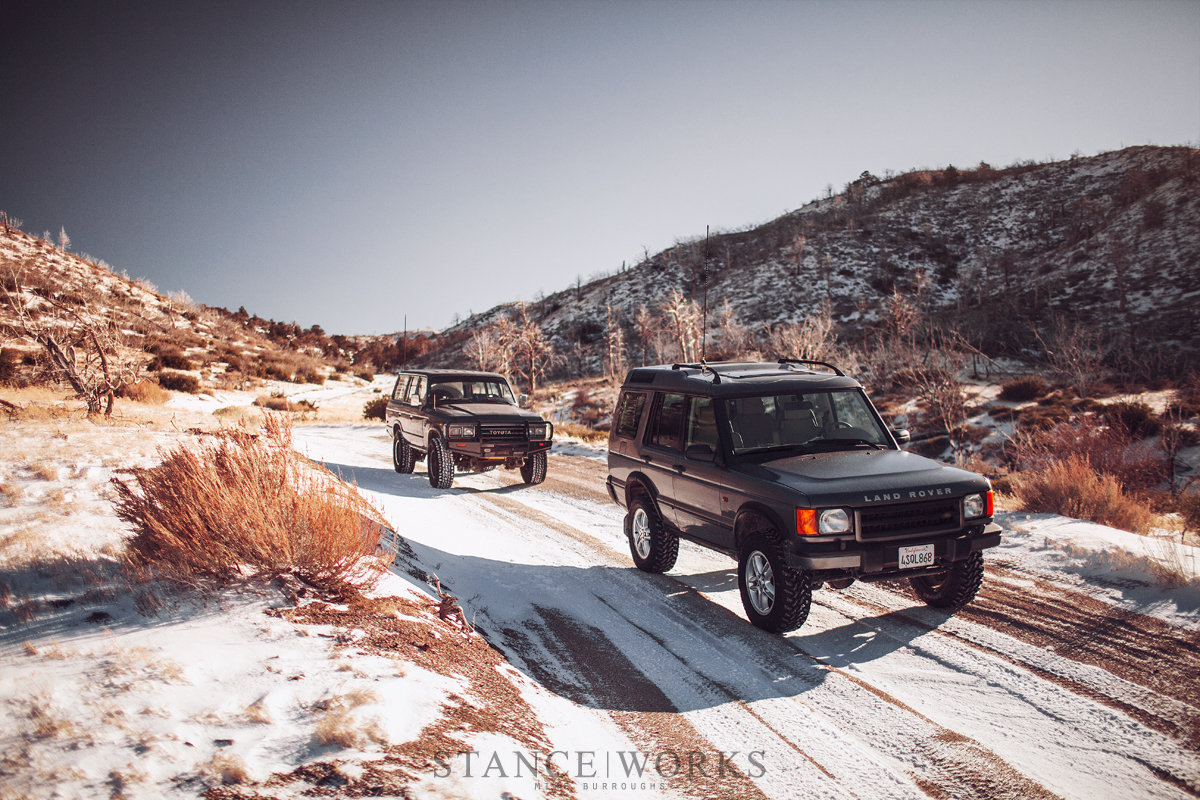 Some of our trails had been travelled already, presumably by those who had stayed overnight on the mountain. Some legs of the trail, however, were untrodden. Patches of ice and mounts of snow made us itch for the season to continue and for the weather to pile up. We're eager to return once the snow builds, although trail traffic will undoubtedly pick up too. Until the end of the day, we only encountered three other trucks, one of which was a fellow StanceWorks fan. It's always been a surprise how far our community extends, and we learned on Saturday that it includes mountaintops too. 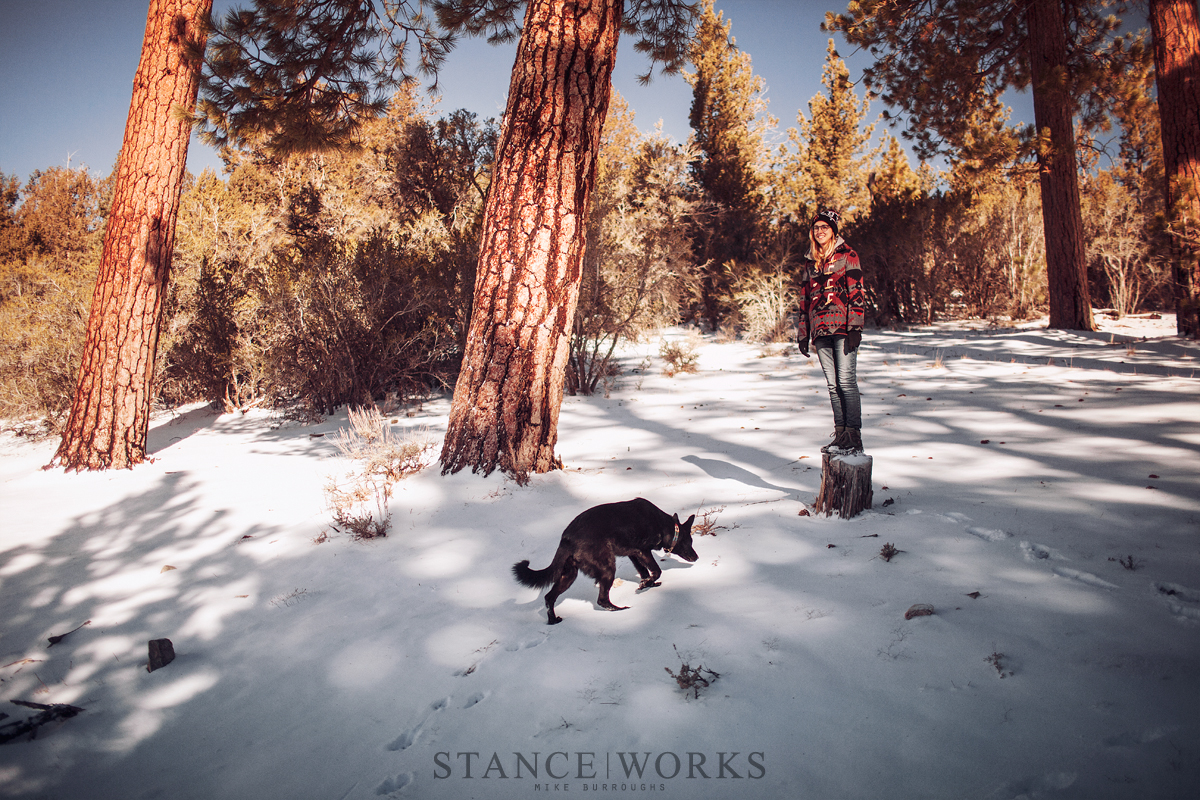 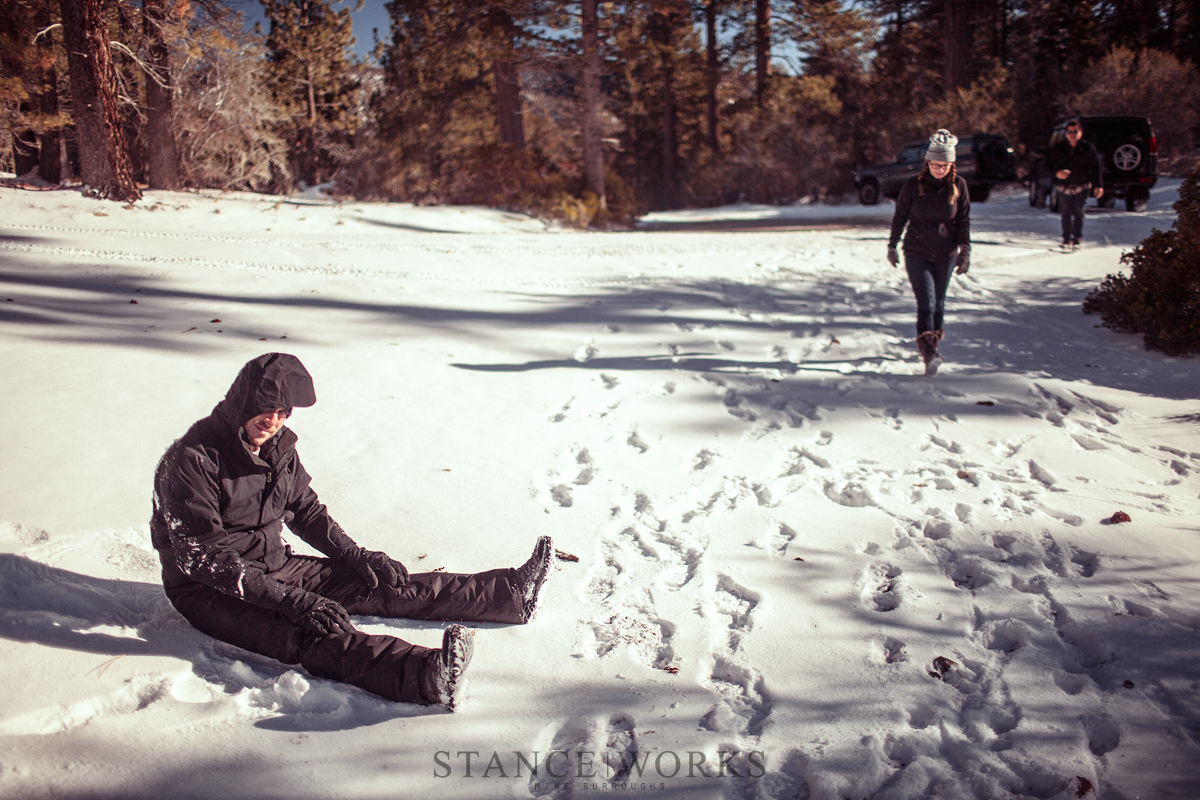 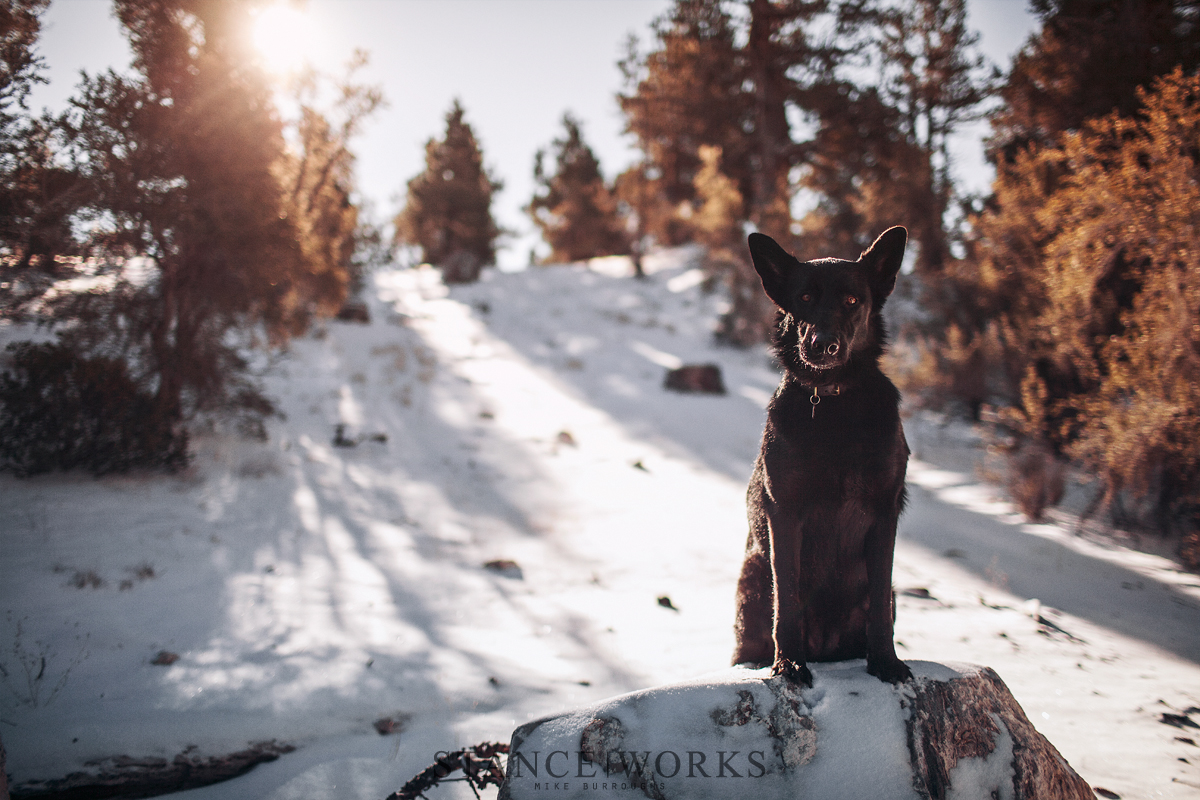 We made a number of stops throughout the day; some for photos, others for sight-seeing and snack breaks, and one of which included an attempt to sled down a rather steep hill on a shovel, thanks to our torn inflatable. Along for the trip in the Disco 2 was Geoff's wife Danielle, their daughter Rainey, and their pitbull, Gucci. In our truck was of course, my girlfriend Emily, our dog Chloe, and Josh too. As much as we enjoyed the snow, it seems like Chloe and Gucci may have enjoyed it most of all. 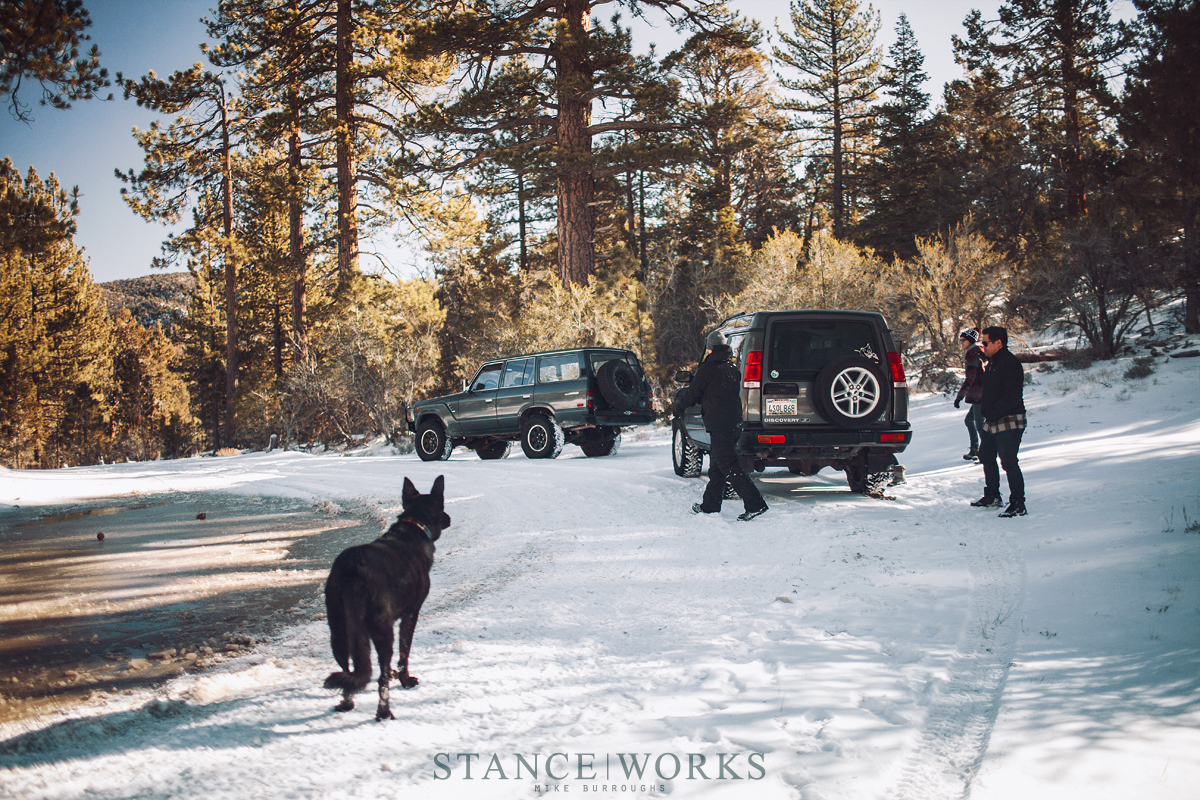 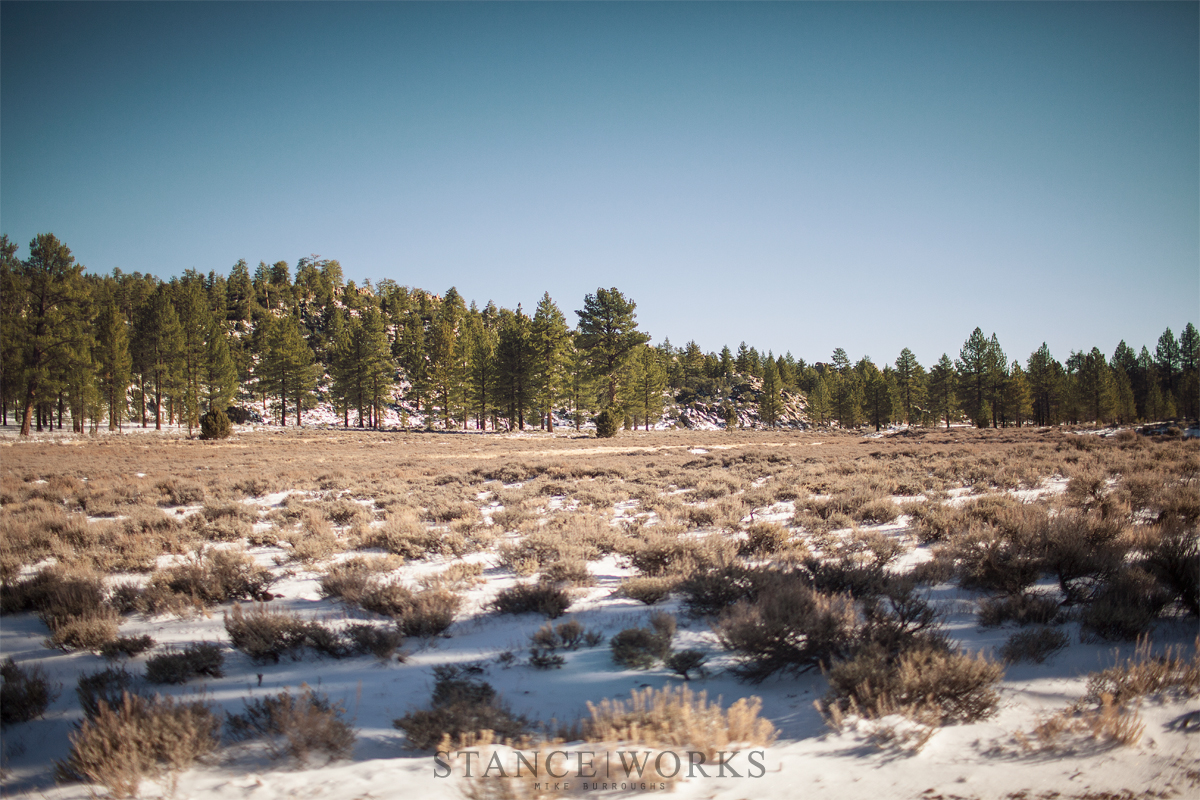 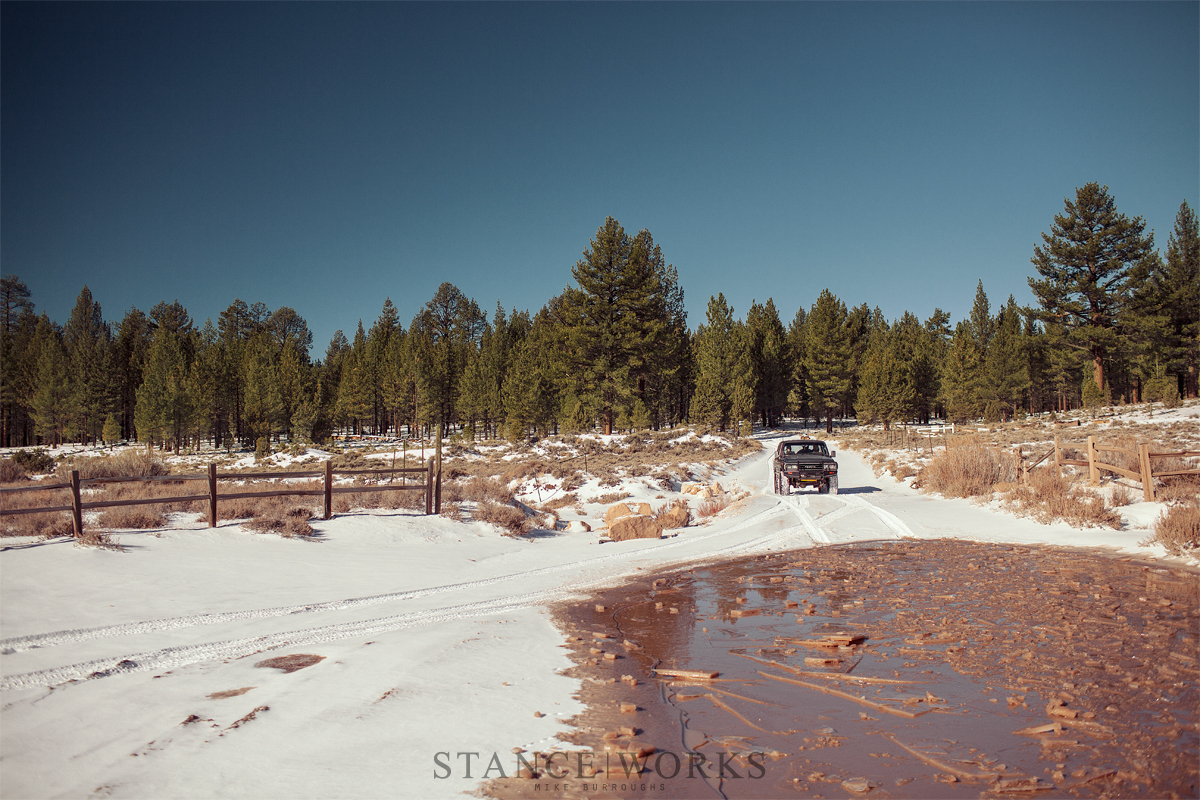 Our final stop overlooked the Mojave Desert, an incredible juxtaposition as as we threw snowballs at each other. It demonstrated one of California's greatest features: diverse terrain and environments all within mere hours of each other. From frigid snow to desert sands, and from ocean beaches to a dense metropolis, California seems to have it all. 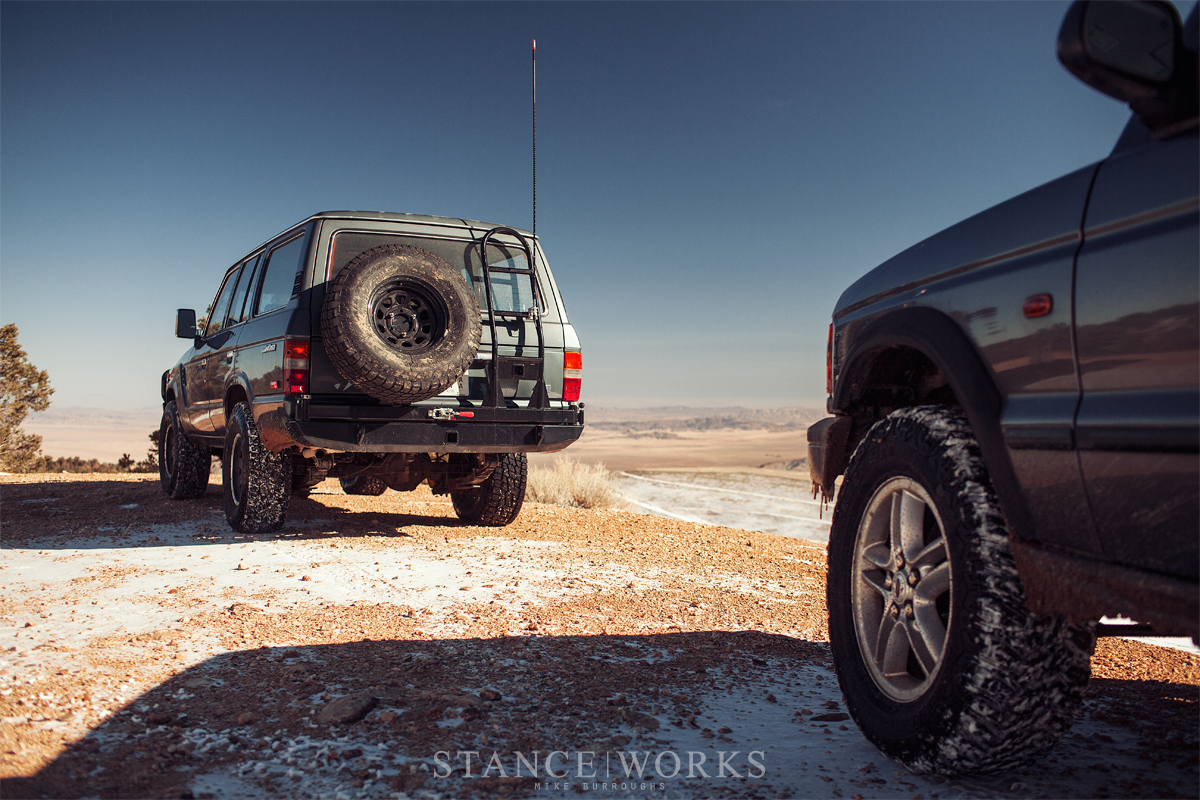 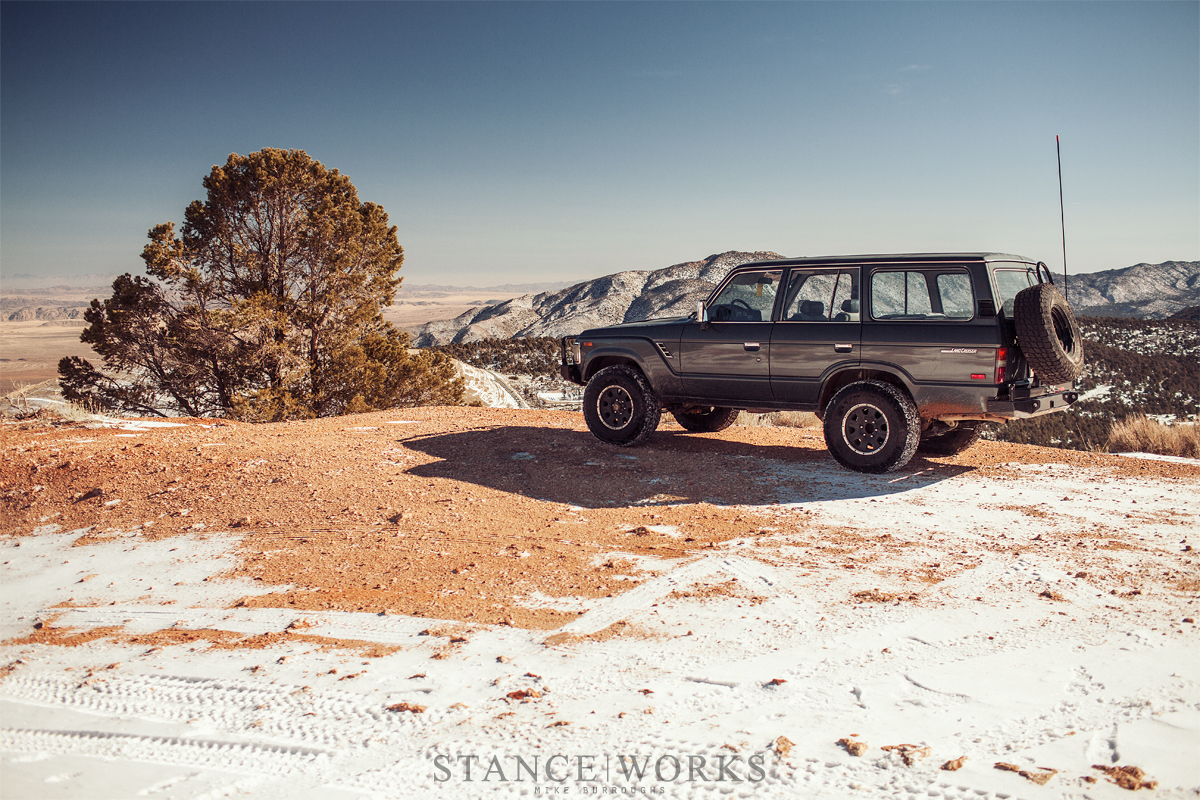 It was around noon that the sun began to melt off what little snow we had to enjoy; however, it was well timed. We had reached the end of our loosely-planned route, and with most of the day remaining, we grabbed lunch in town and then began our decent down the mountain. We watched the line of cars heading up continue for miles, glad that we had avoided the mess by arriving in the early hours of dawn. Although the day was short, we're anxious to hit the trails again, and with California's offerings, who knows what ecosystem we may find ourselves in next. 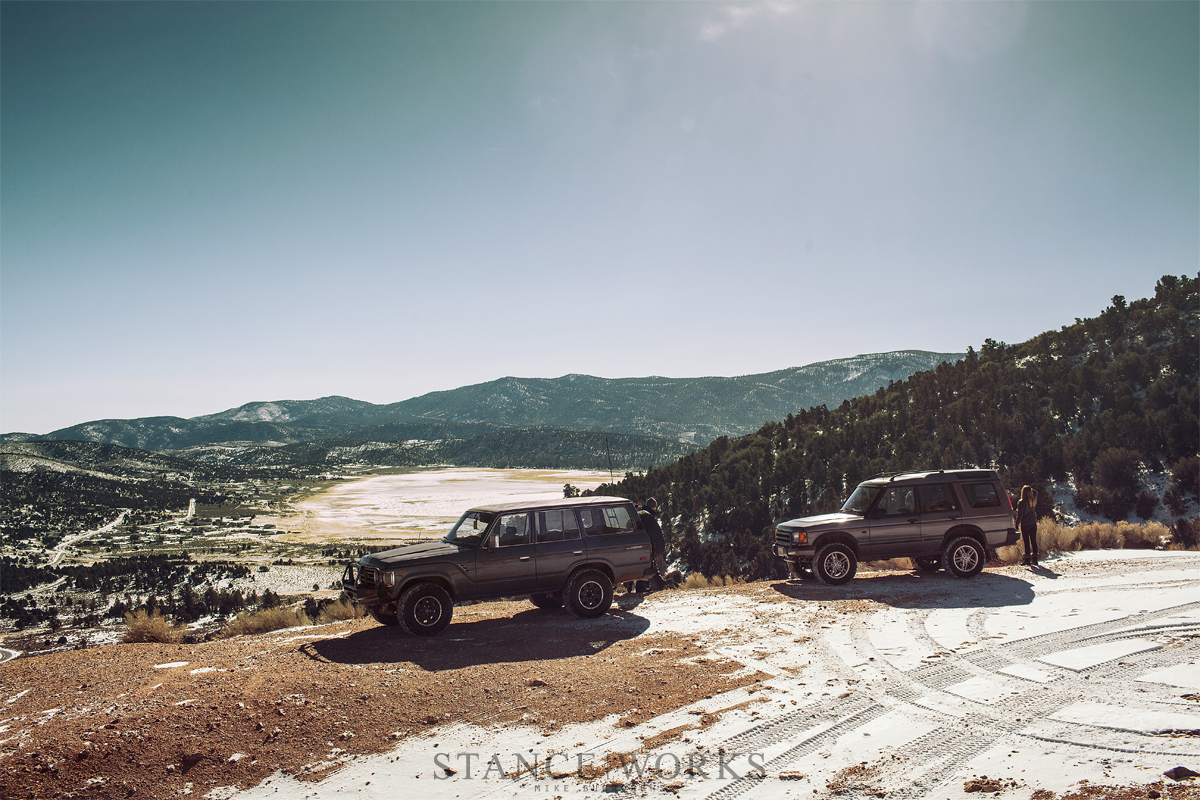