For a Mercedes fan, a trip to nearly any European car show is bound to result in disappointment. Beyond the droves of Volkswagens, BMWs, and even Porsches, they'd be lucky to find even just a few examples sporting the famous 3-pointed star. The sample size slims considerably if you decide to pass up anything made in the last 25 years, but there are a few folks out there with reverence for the classics. In fact, one Australian native, Mike Poll Jonker, has built a brand around them, or more specifically, the large but shapely C107 chassis. "Dkubus," as he calls it, was born from his love for the under-appreciated coupe, and has since grown into something much more. While the brand offers a number of components for the SLC, it's his one-of-a-kind overfender body kit that stands as the staple. 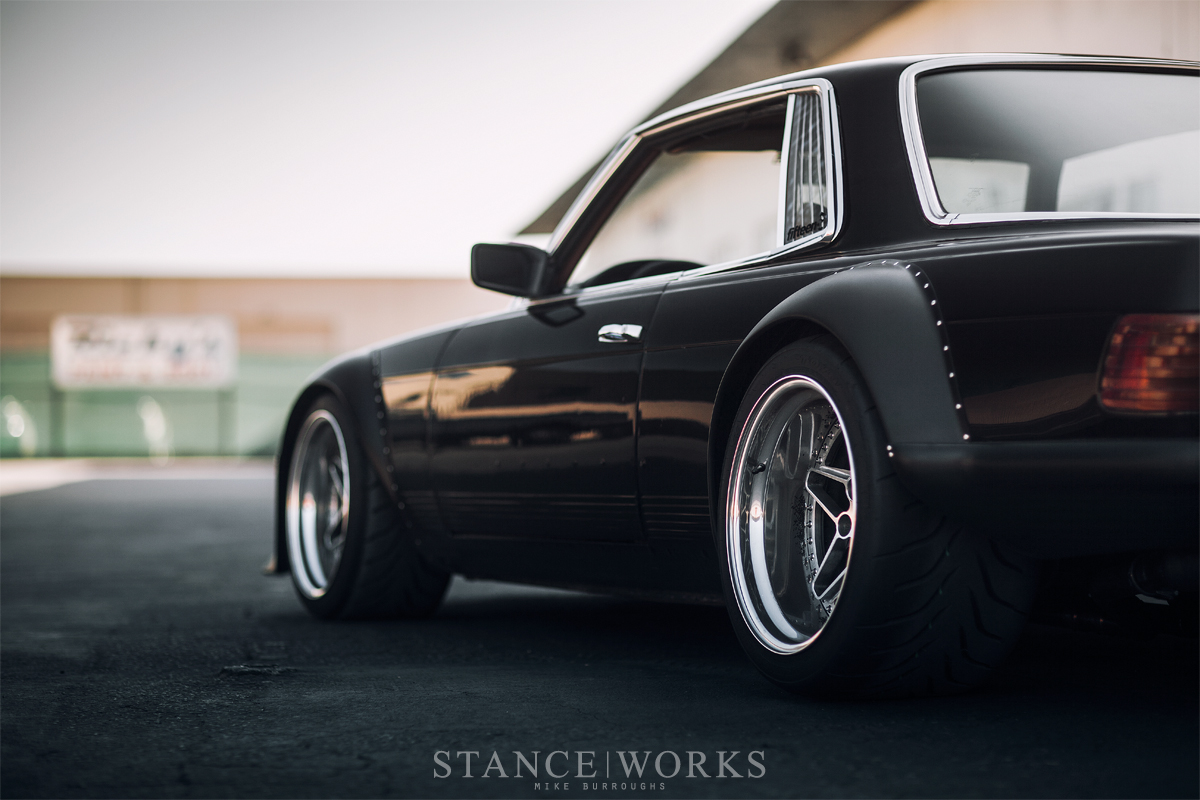 For years, Mike has been racing his 450SLC on Australian tarmac. Countless hours and countless dollars have gone into perfecting his car, and amongst fellow Mercedes fans, it has resulted in a fair bit of respect and recognition; it's a car he's become known for, and it has been the test mule for all Dkubus products as they come to market. Unfortunately, travelling with our beloved four-wheeled companions is a luxury afforded to the world's elite, and as such, bringing the Mercedes along for the trip to America was out of the question. 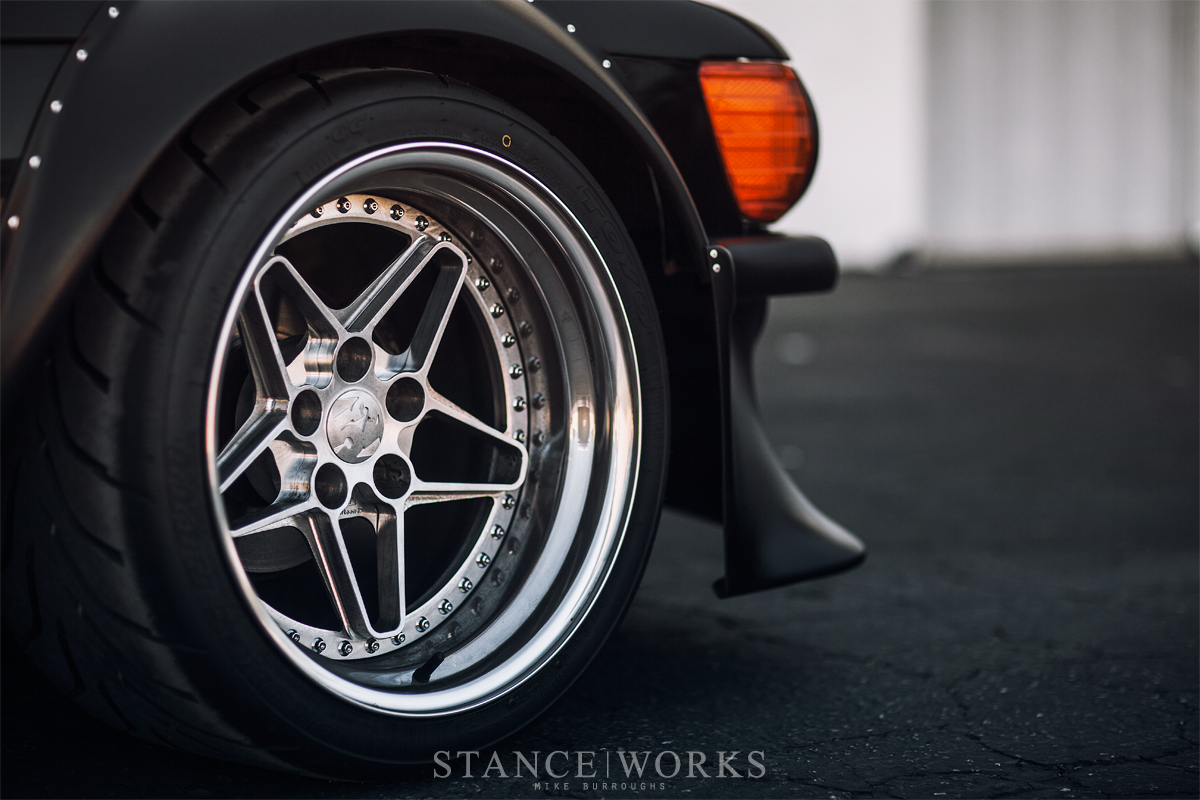 What wasn't out of the question, however, was replicating the car upon arrival. Years of community involvement and a loyal group of customers landed him with a few solid options for purchasing a 450SLC upon arrival on American soil. The cars' values stateside hover around $8,000 for a decent example, but thanks to an acquaintance, Mike found himself behind the wheel of an example in need of some TLC and a transmission for next to nothing. Another long-time customer sent him off with an automatic tranny, and after a number of days in the shop, Mike's new acquisition was beginning to take shape. 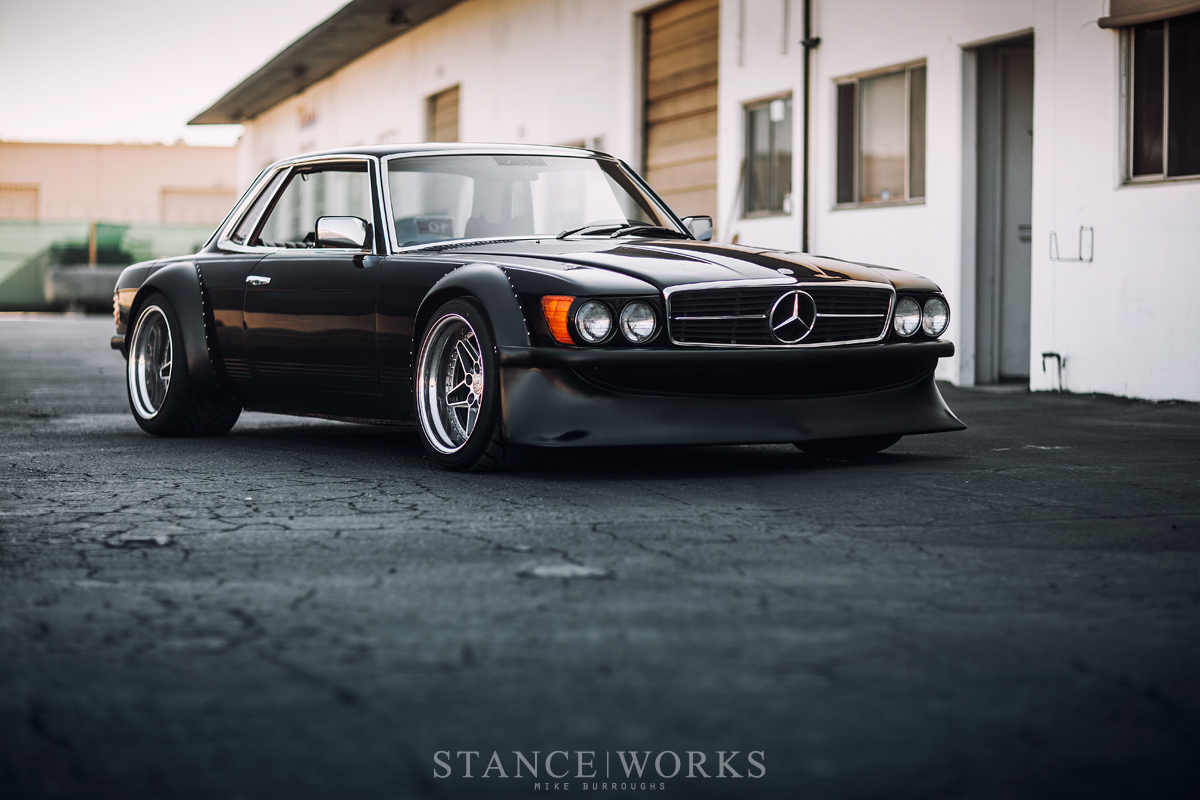 Mike packaged the bodywork for the car - the overfenders, the front air dam, and the rear bumper and valence, all of which are fiberglass - for his trip. Before fitting the arches to the car, the sheet metal was cut and welded, with all of the seams sealed and finished as they should be. The arches themselves were fitted, and retained their satin black finish, which almost blends with the car's factory black paint, but stands off enough to be noticed... a lucky answer to having no time or budget to officially repaint the car. 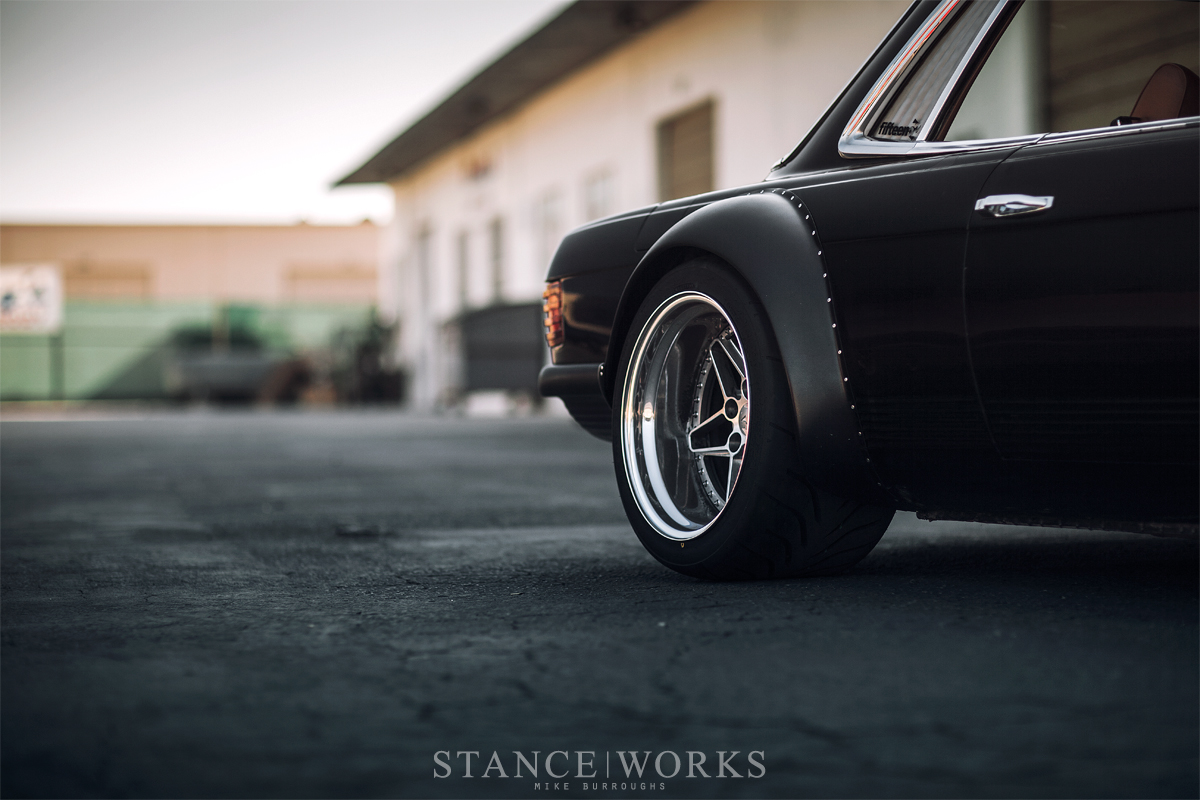 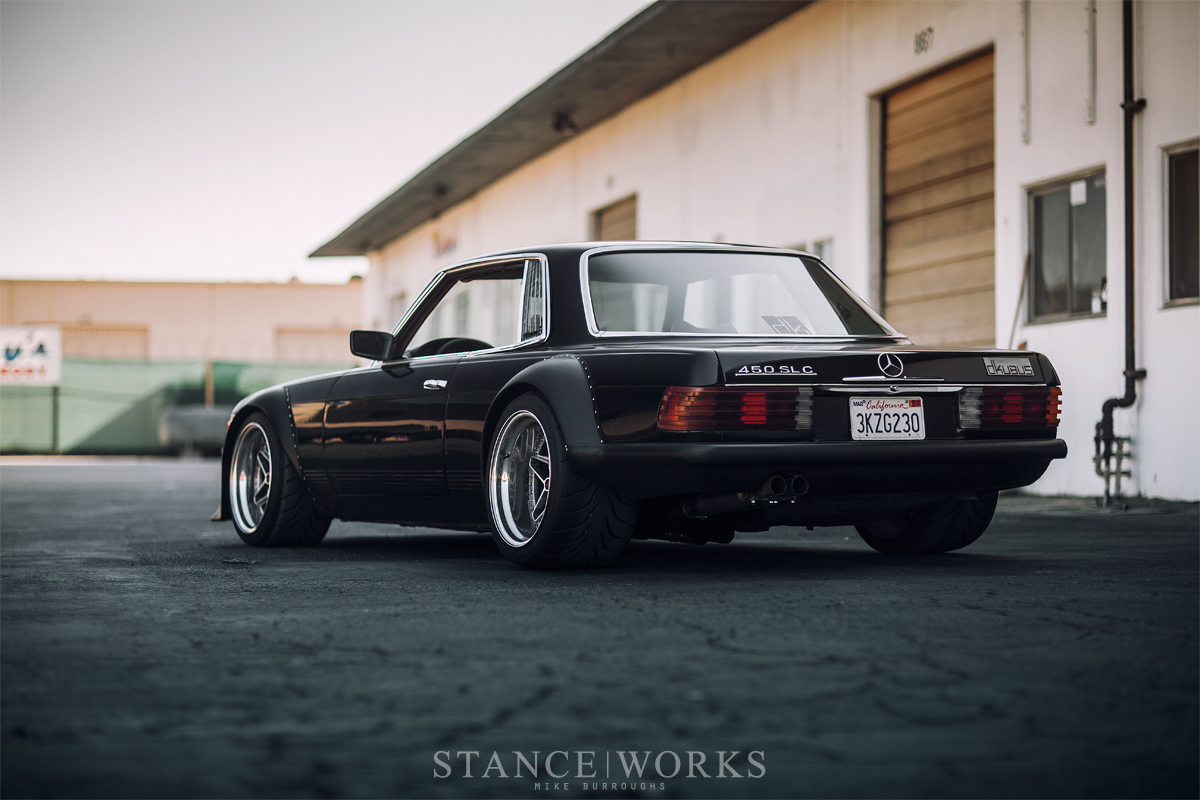 The bodywork itself was, of course, designed by Mike himself, and is part of a complete kit he hopes to someday fit to other C107s, built to order. He references RWB as he explains his ideas; his body kit will never be for sale on its own. If you want one, you'll have to meet Mike face to face and foot the bill for the install. The "complete package" also includes his "Blackline" suspension system, which updates the car's handling characteristics to be much more driver-friendly. 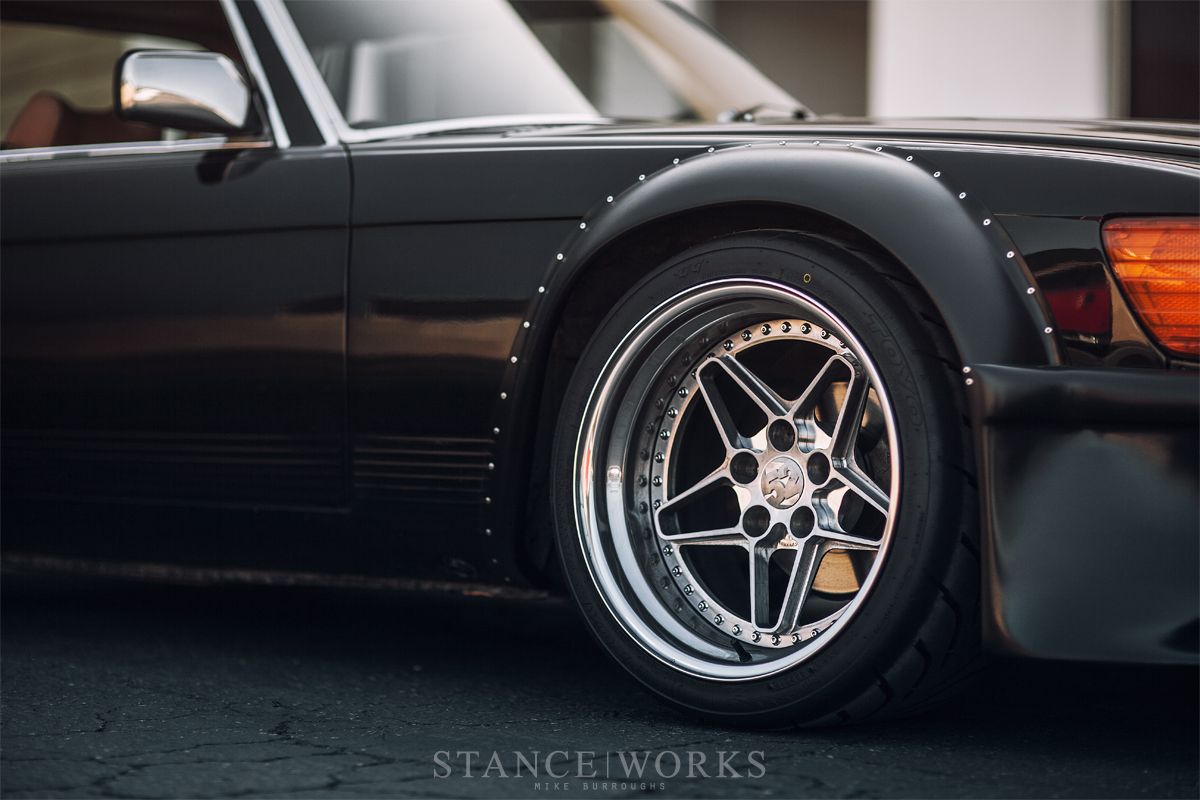 Finishing out an important part of the look is the custom wheel setup, built as a partnership between Dkubus and our friends at Fifteen52. The Mercedes/Ronal-inspired roots of the wheel are clear, while also standing on its own as a unique and aggressive design. Drawing from Mike's efforts in hillclimbs in Australia, Fifteen52 named them "The Bergmeisters" to join their other motorsport inspired wheels. The fully-polished finish accents the car's factory brightwork, and the absolutely enormous tires finish out the rather mean presence given to an otherwise stately automobile. 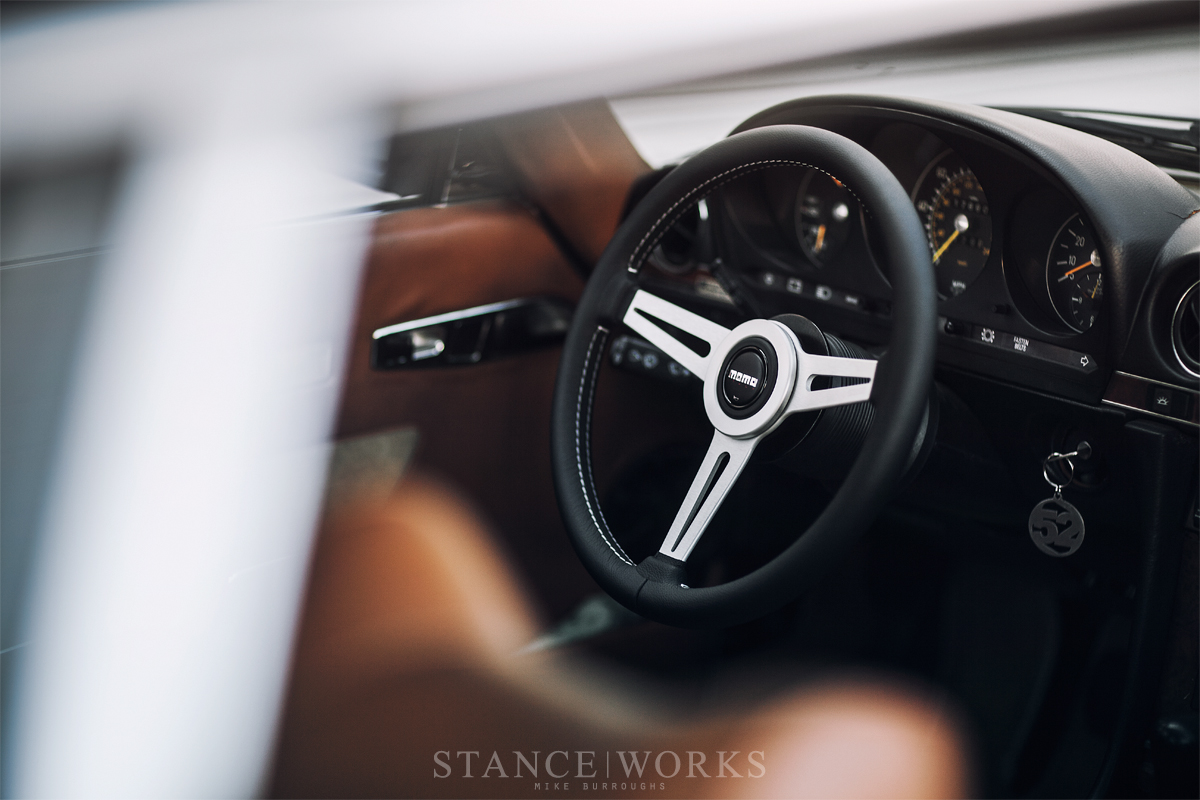 Futher mods were few and far between, given the tight schedule Mike allotted to finishing the car during his trip. The second half of his time here was to be spent driving the Benz, affectionately named "Monica," around the country. Even that was cut short, with just a bit of traveling time remaining once the numerous hurdles were cleared and once the car was complete. However, Mike tells us Monica is far from finished. The car sits in a storage unit, waiting for Mike to return to the USA. In the mean time, he continues to build the brand, and some may even say the marque. We're just eager to see what comes next. 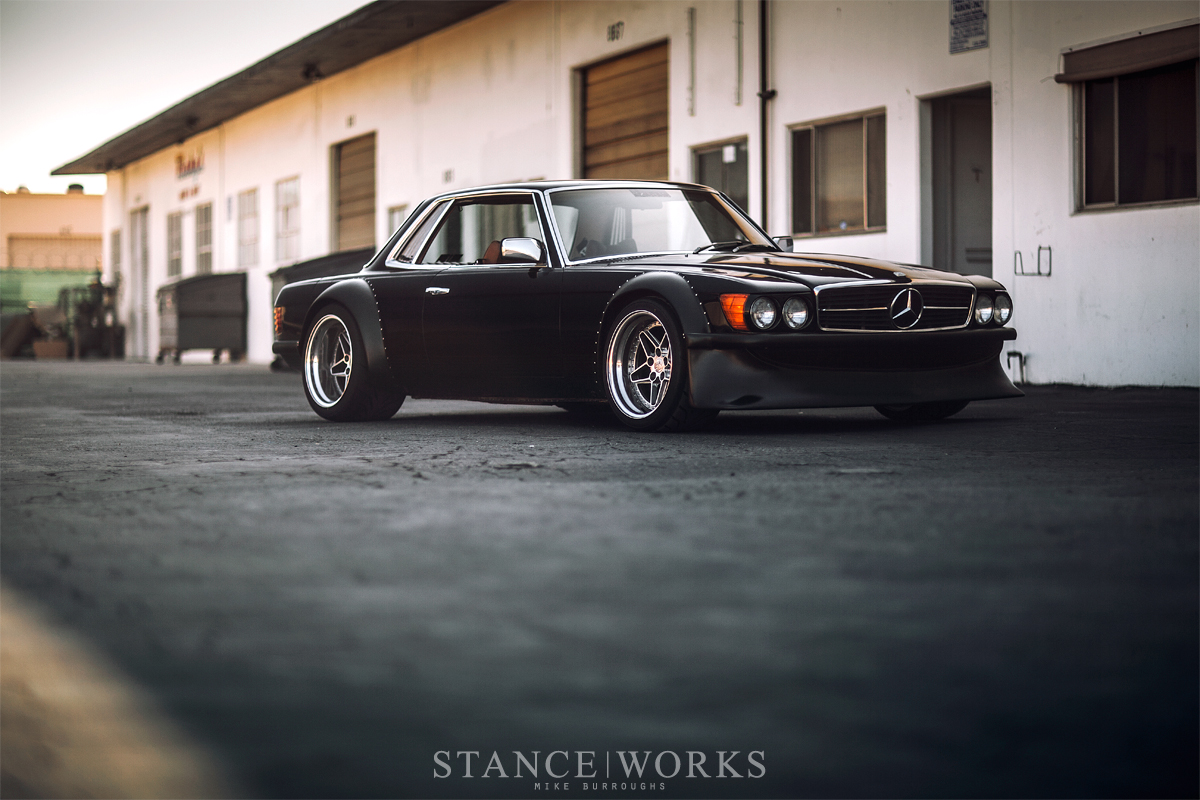