On Wednesday, we began our journey with CSL #001/79 - Willi Martini's own E9 race car. After several decades of seclusion, the car was finally brought to Southern California, where famed BMW restorer, Ron Perry, and his business partner, Bill Kincaid, have undertaken the effort to restore the car to its former glory. With an understanding of how it sat just two years ago upon arrival, we've returned to see its progress, before its unveiled in just two weeks in Monterey, California. 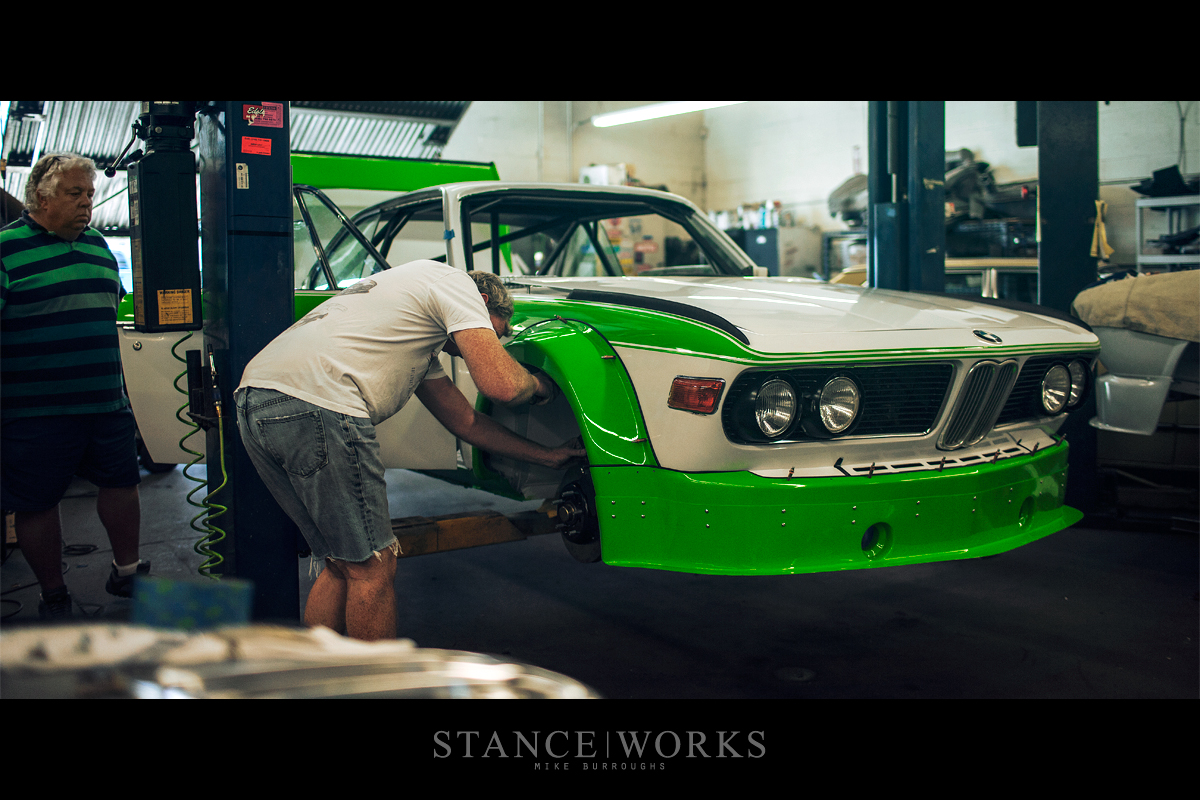 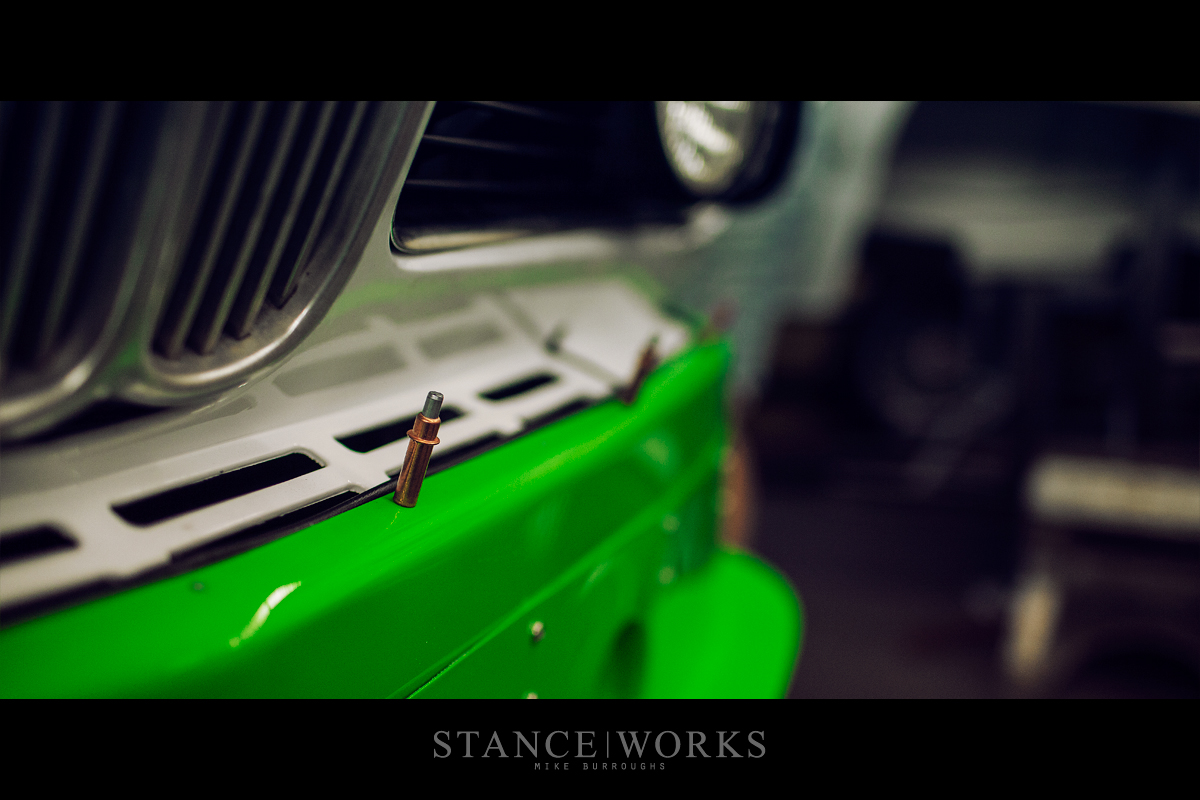 Since our last visit with the car, it's clear a lot has changed. Some may say today's car is merely a shadow of its former self, and for the most part, it's true. From fore to aft, the car has been reconstructed to the closest degree possible, sparing no cost in name of authenticity. 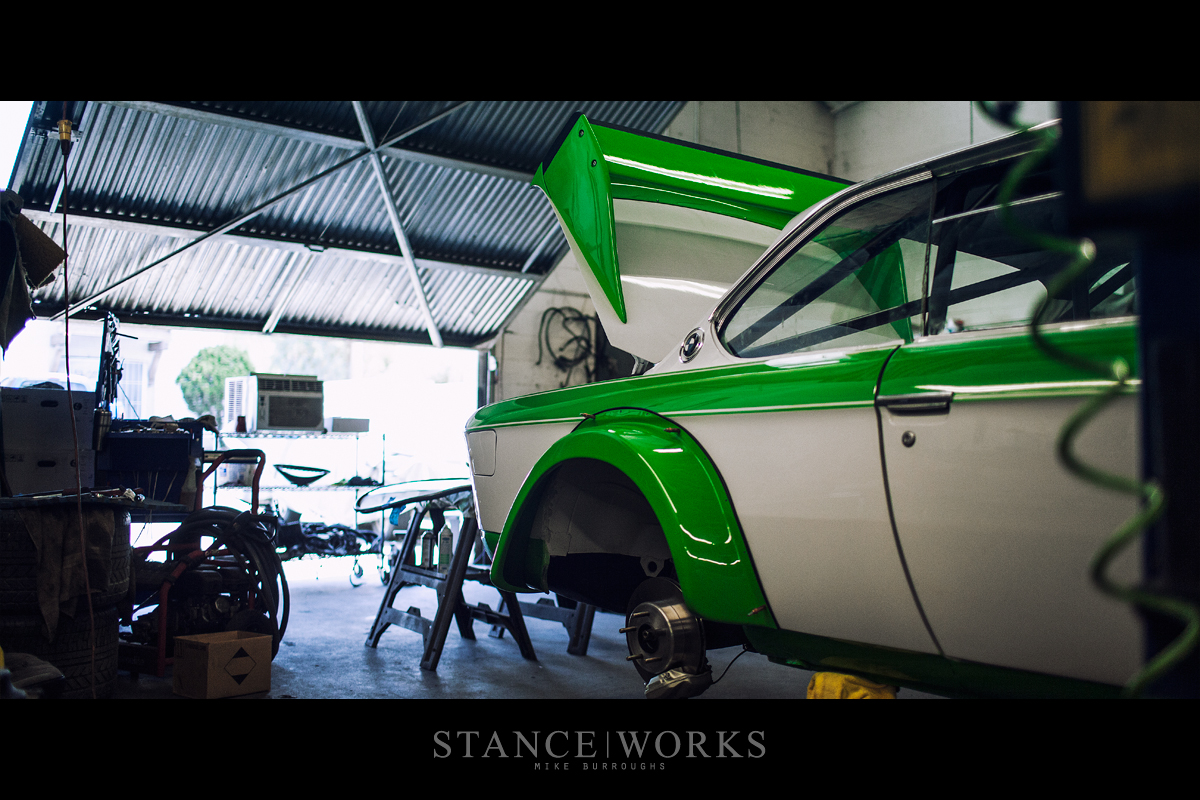 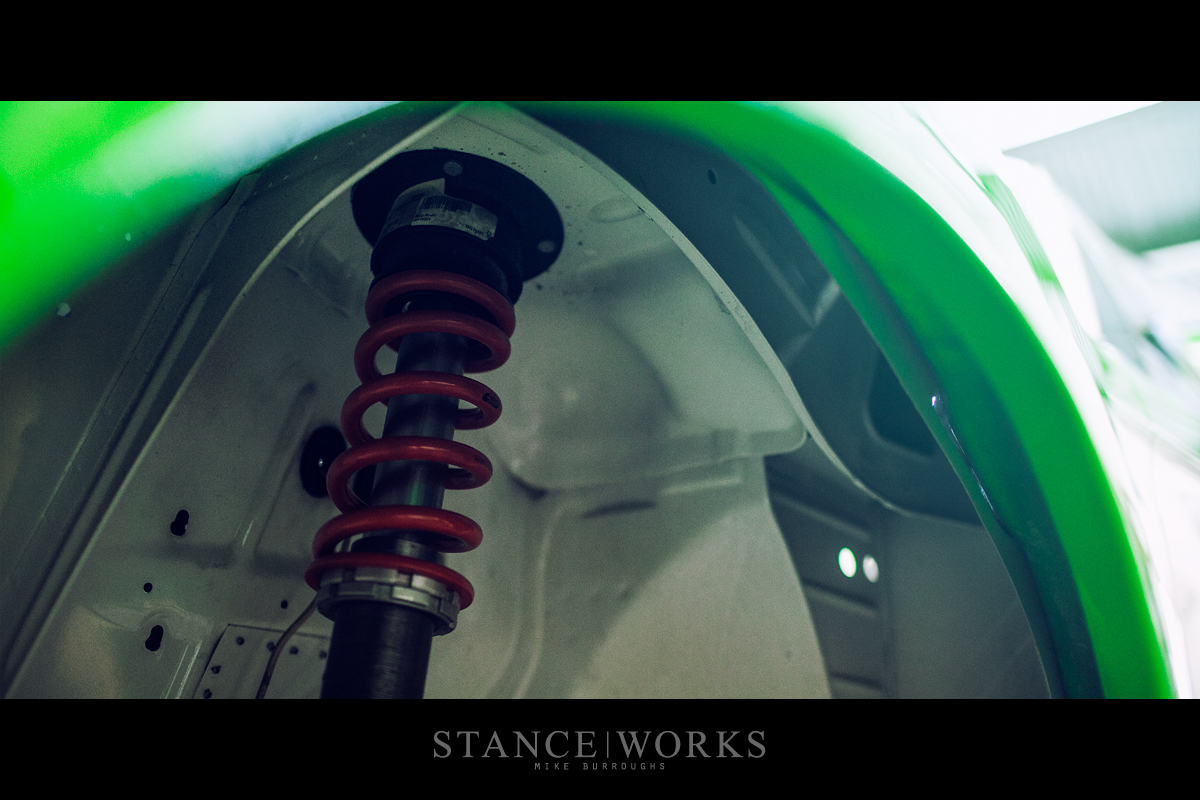 Initially, the car was taken down to the bare metal, which revealed the car's original steel, not seen since the early 70s. The process revealed clues about the car's history, helping to solve a number of mysteries about its heritage, lineage, and provenance - it also helped to highlight the car's trouble-areas, which let the team put focus towards a top-tier restoration. From there, it was given the necessary bodywork and then painted in Alpine White, as it was raced so long ago. Atop the white, Willi Martini's famously "loud" green traces the belt line, notably inspired by his home turn, the "Green Hell." The bodywork was corrected as well, with flares formed by molds from Martini's original bodywork. 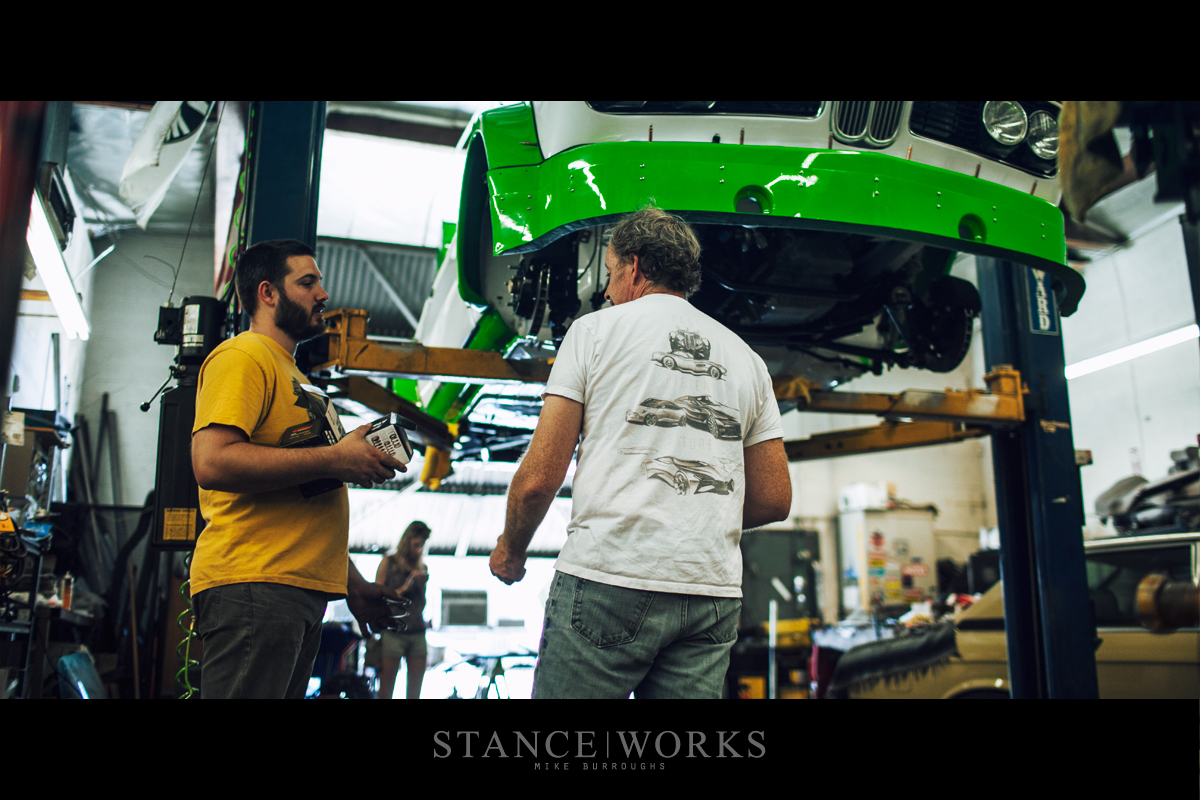 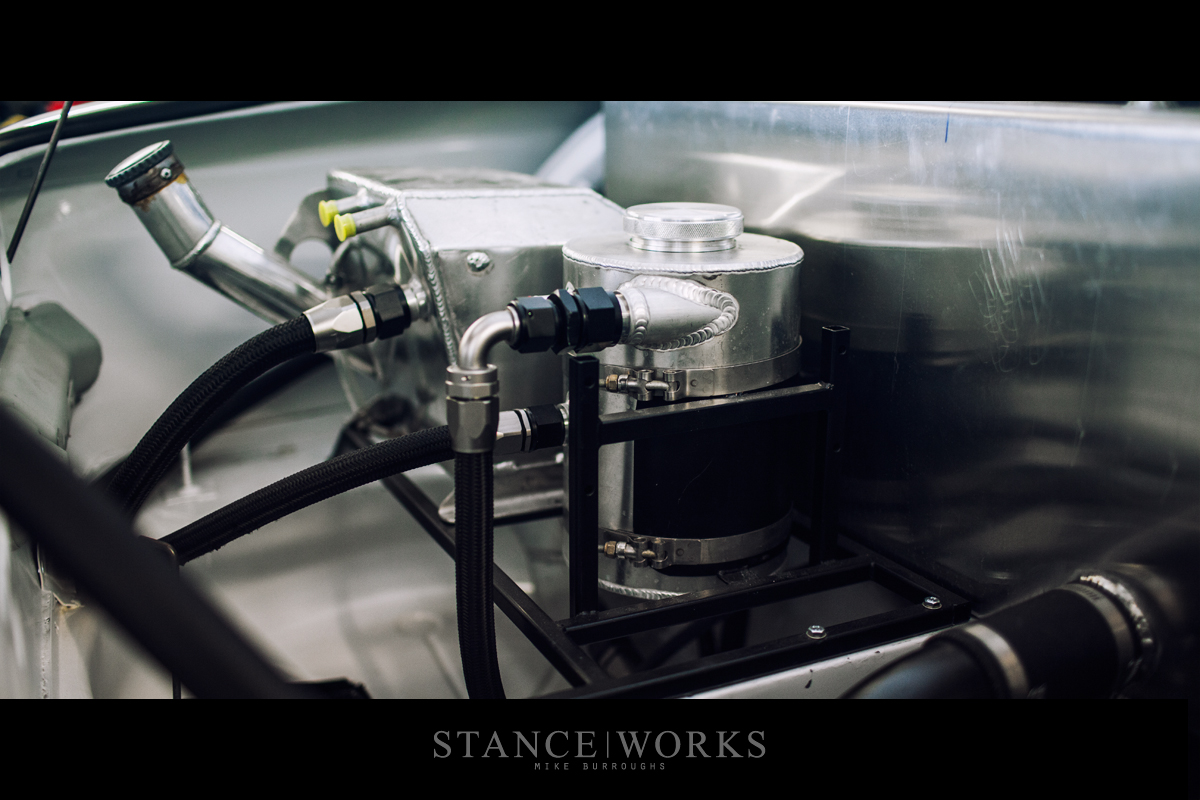 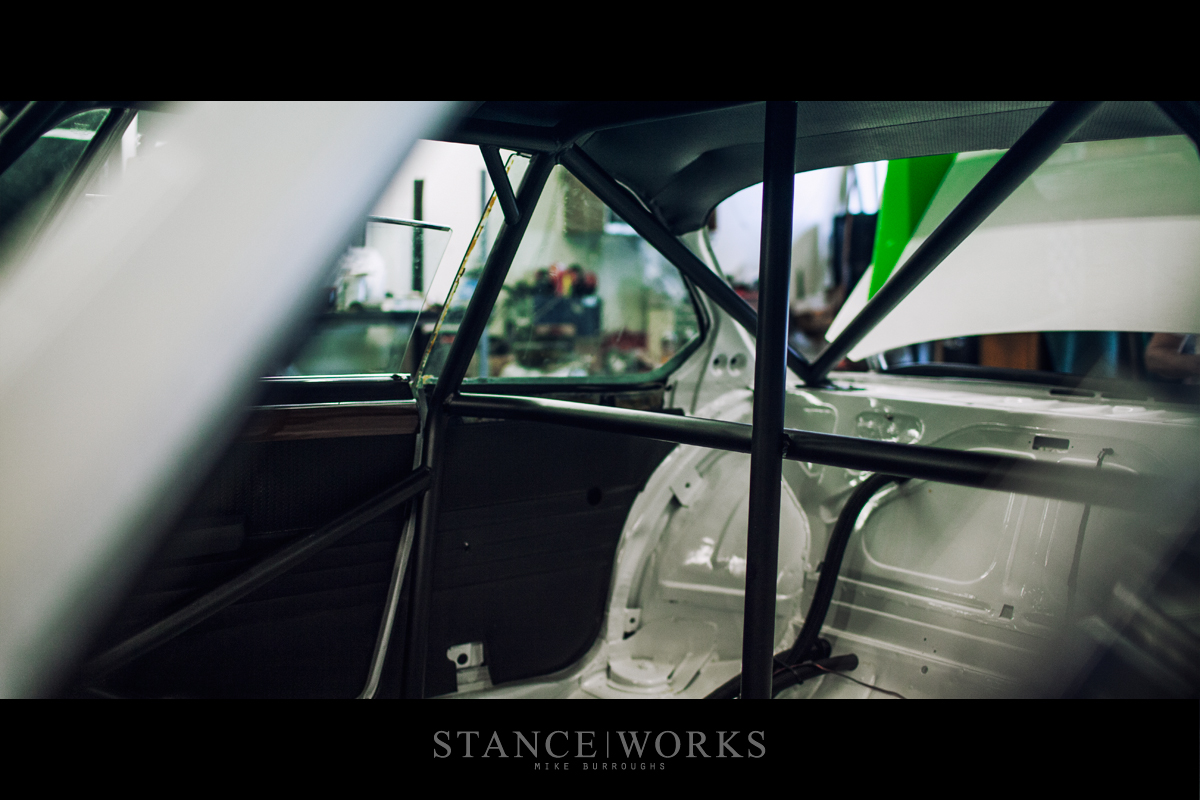 All of the car's underpinnings were sourced from across the world, from the M52 (not that M52) engine to the Alpina suspension, all of which will be highlighted in our final, concluding feature on the complete car. The roll cage was recreated to original spec, including the unique vertical support poised in the center of the car. The dash board was swapped to the correct components, and that simply scratches the surface. The depths gone to in order to achieve authenticity are simply astounding. 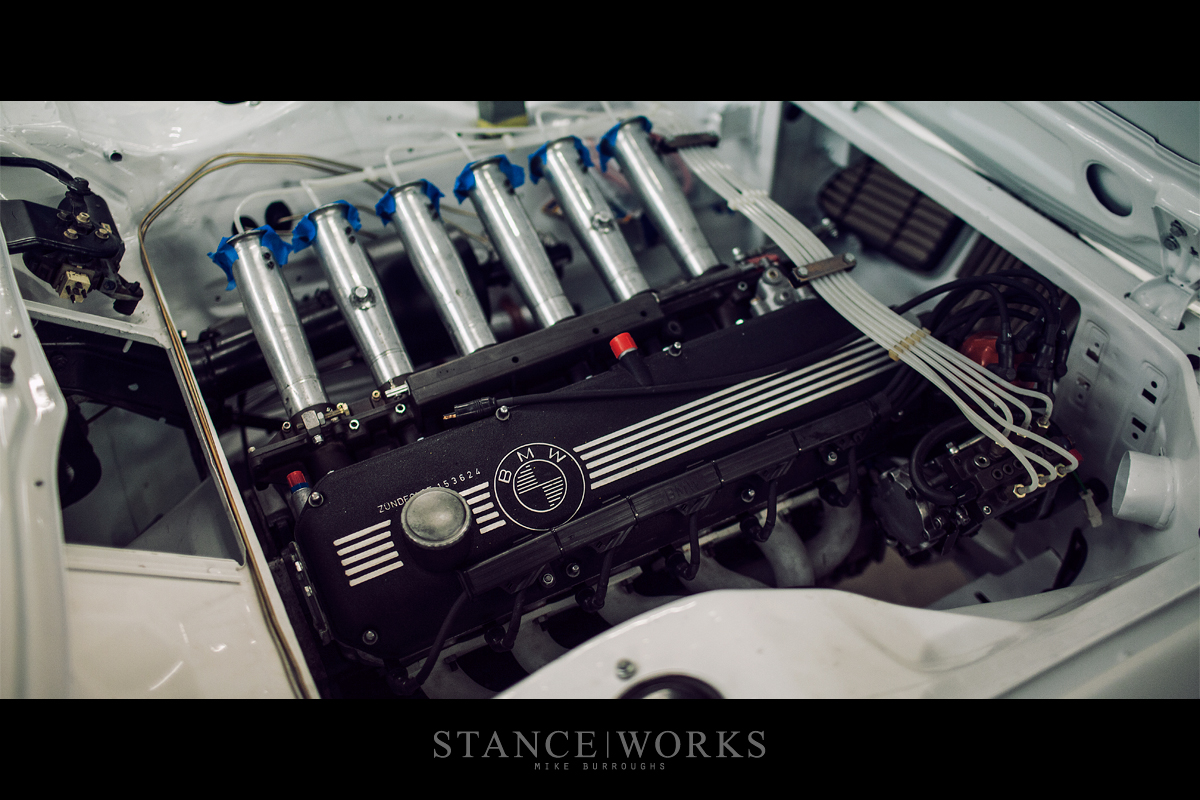 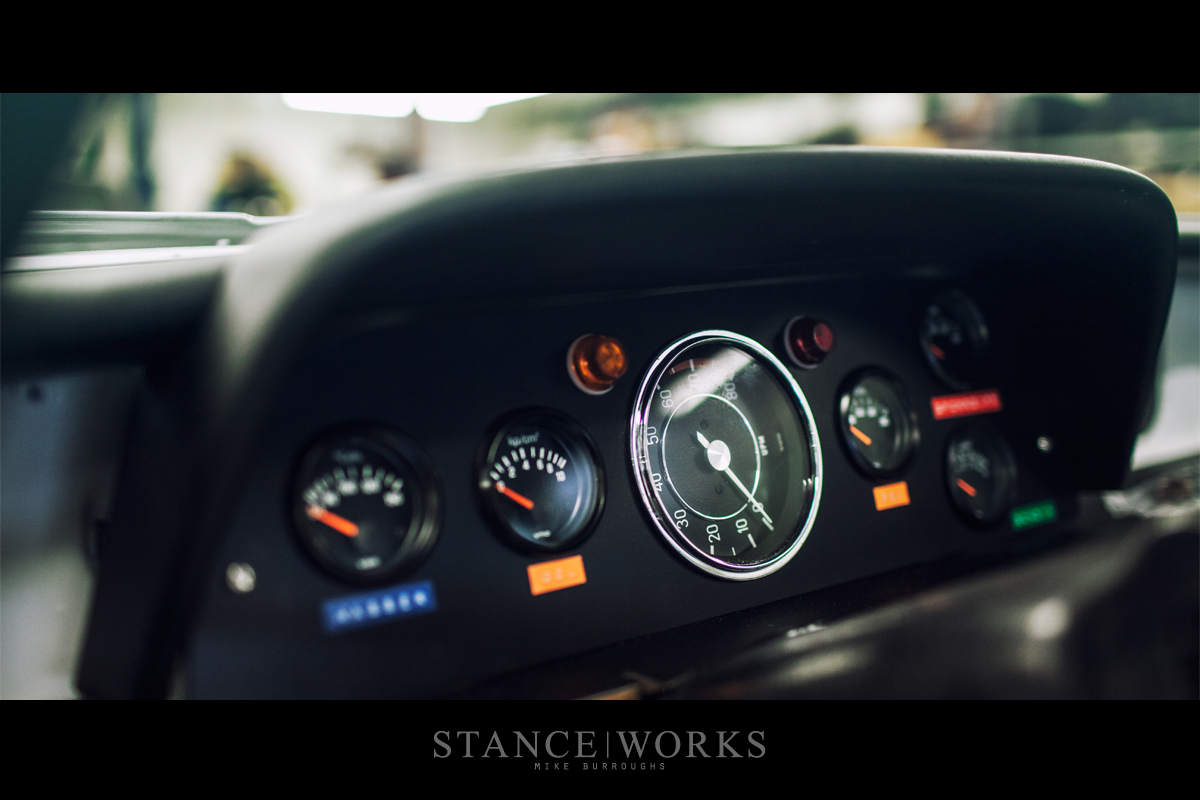 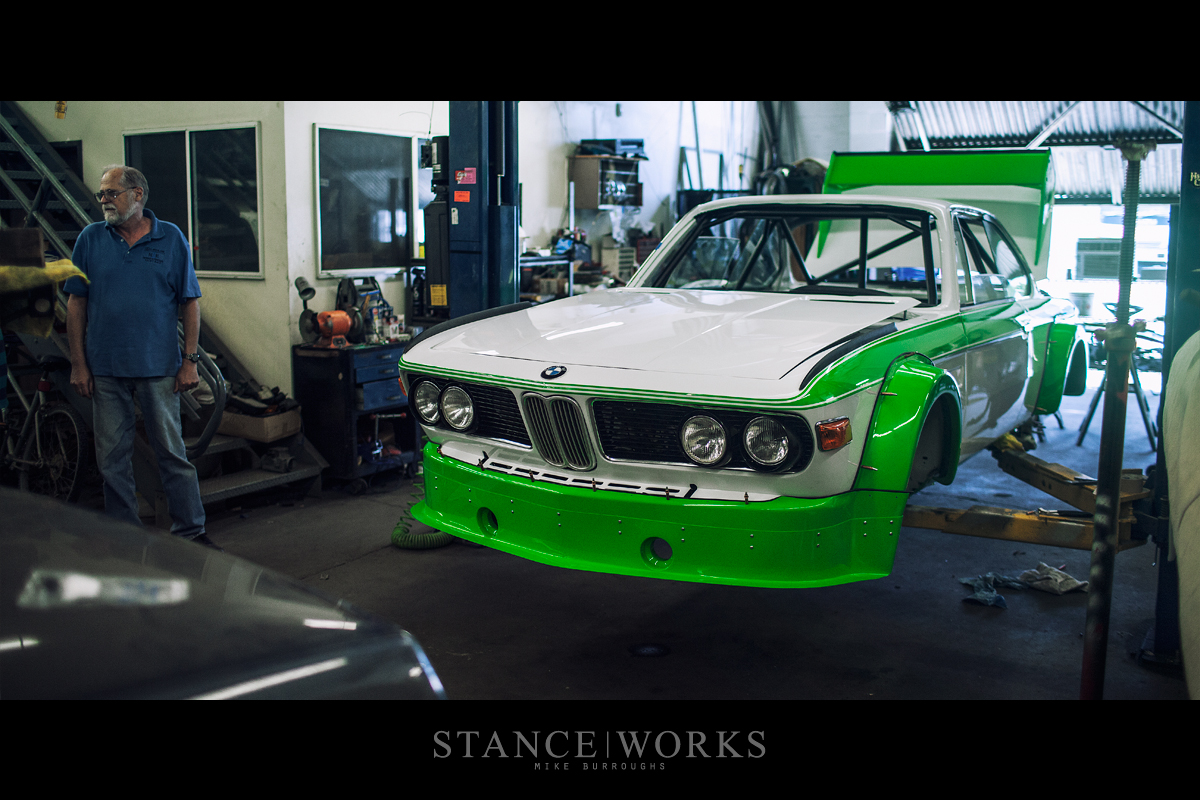 Today, the car sits mostly complete, but in clear need of a lot of work yet. The worrisome part is that the car has just days until it must be complete and ready to stage on the grid at Laguna Seca in Monterey, California. Next week, the car will run head to head with a field of iconic BMWs in celebration of the brand's 100th birthday, and thankfully, we'll be there to capture the moment. When we return, we'll take a final look at the Martini E9, the parts that comprise it, and how it came to be. Until then... 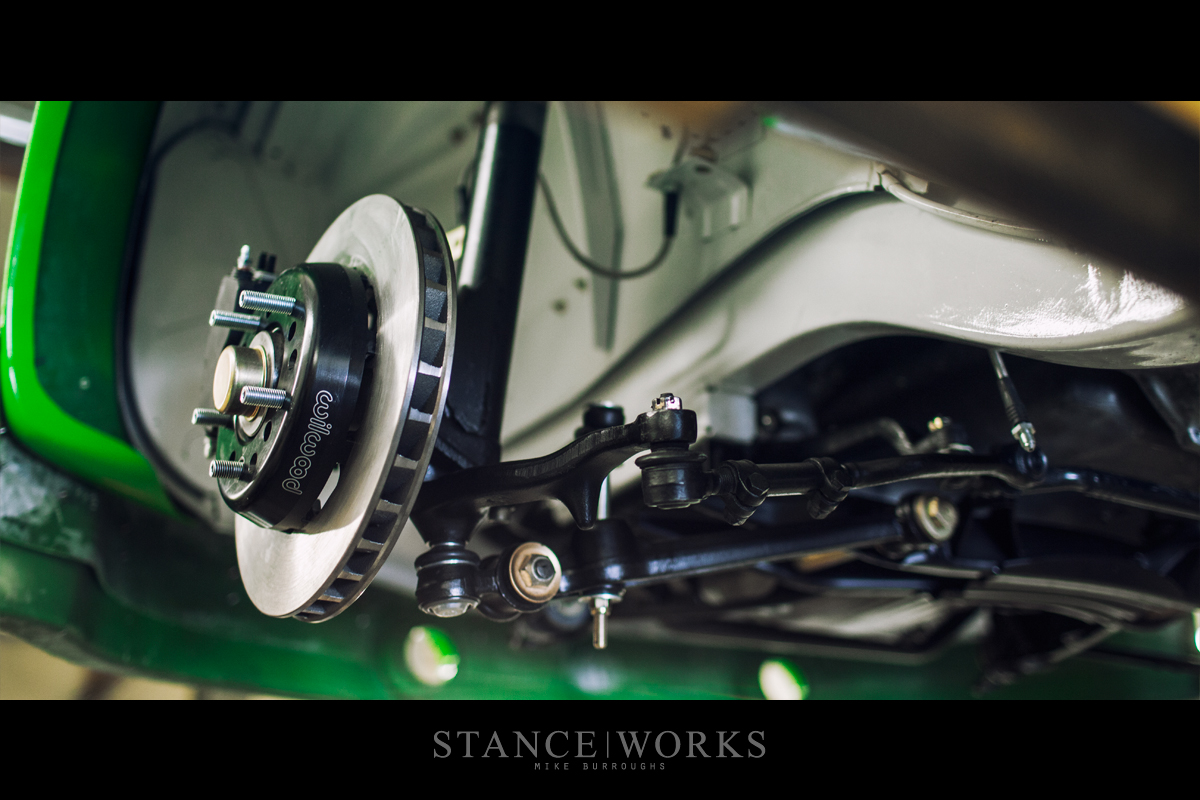 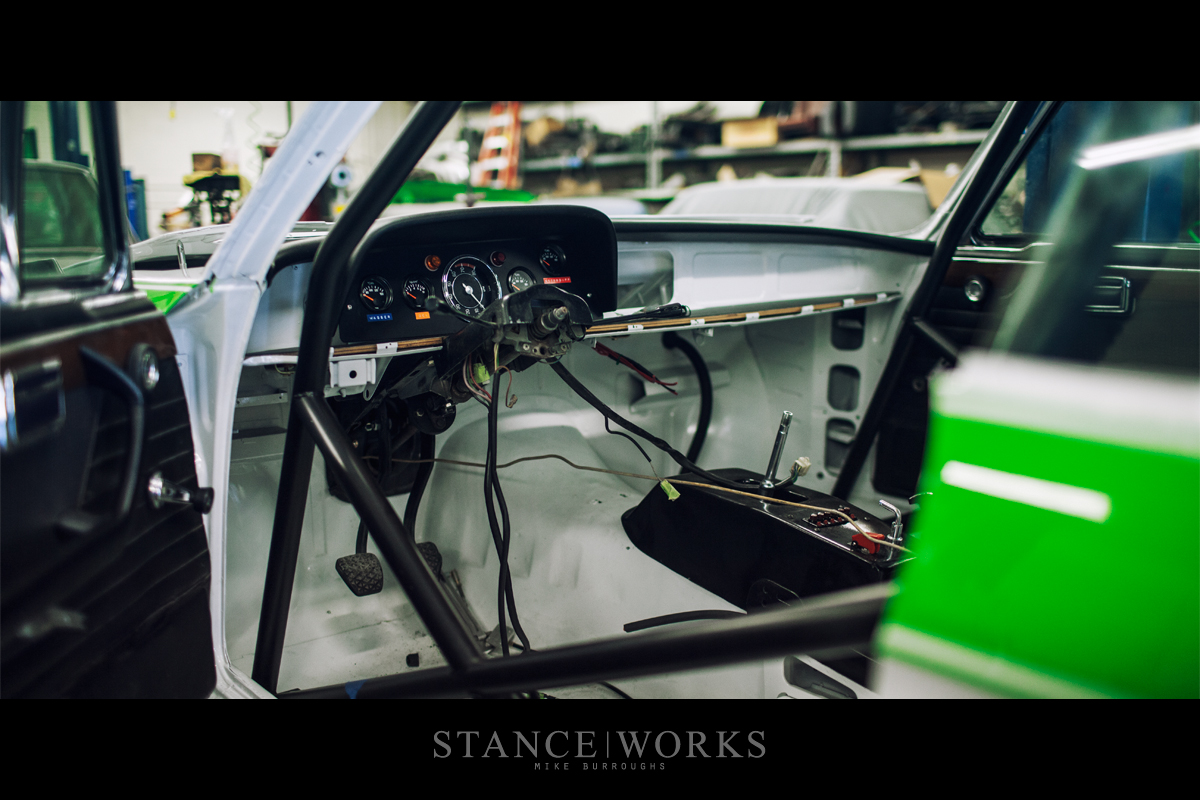 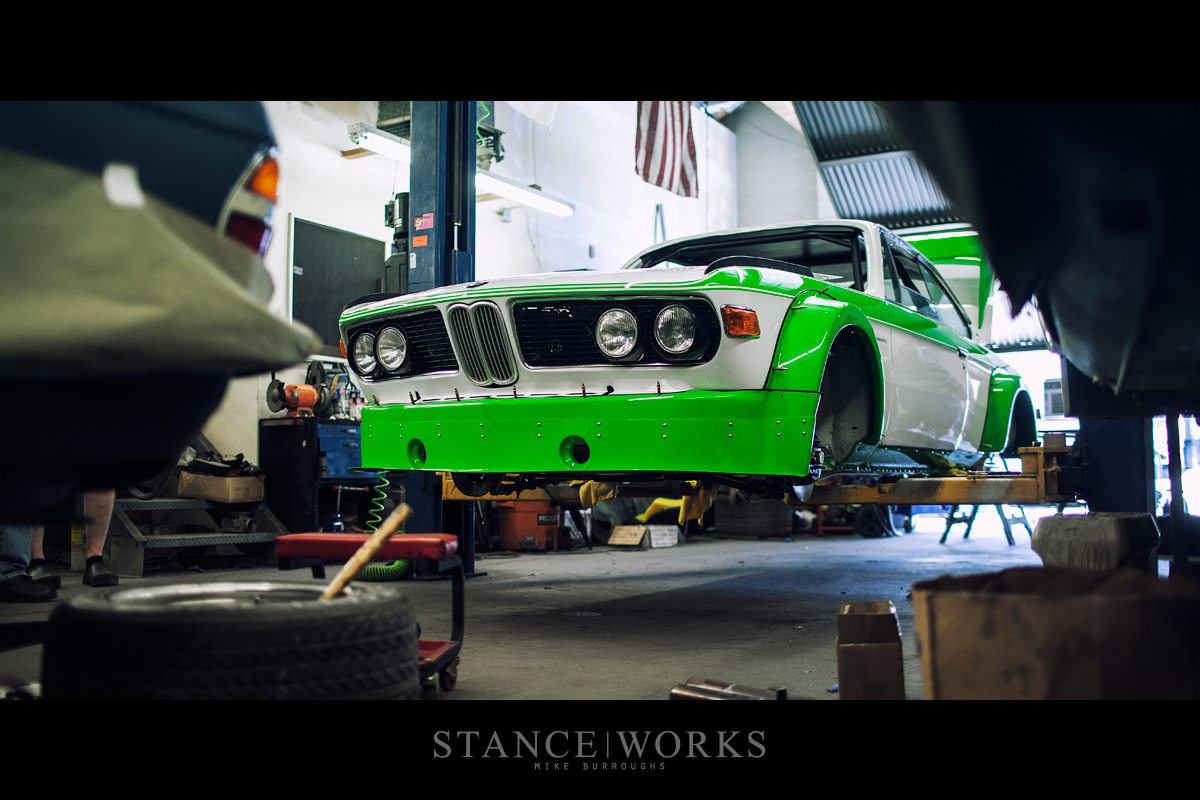