Aesthetics – The Start of Something Great – Porsche 550-001 Coupe

Aesthetics – The Start of Something Great – Porsche 550-001 Coupe

Porsche's history in motorsports is a long one, laden with victories, achievements, and records that have arguably positioned them as the winningest manufacturer in history. The brand planted its racing roots early as Porsche Chassis No. 1 took a victory in its first race less than 5 weeks from its initial completion. Before long, privateers and Werks drivers were piloting modified production cars to podium finishes, and the company had earned its spot in the motorsports realm. Their 356s were a stout chassis to take racing, but competition has a way of inspiring constant progression and development as teams fight to be the best. By the early 50s, it became obvious that the modified production 356s were beginning to fall behind the rest of the grid, but by then the excitement of racing was pulsing through their veins and there was no turning back. Their answer to this new challenge sat before me, more than 6 decades later, at a racetrack surrounded by the scream of flat Porsche engines at wide open throttle. The Porsche 550-001 stands as Porsche's first prototype race car, built with one thing in mind: victory. 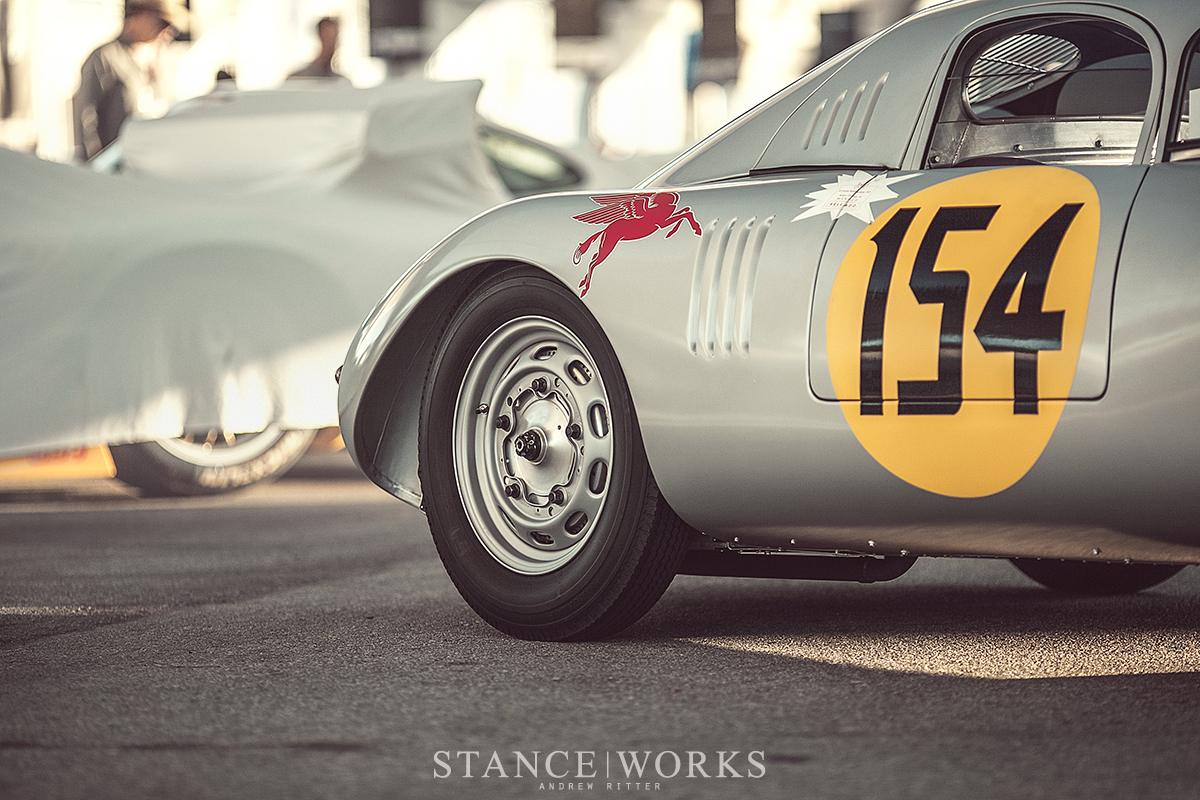 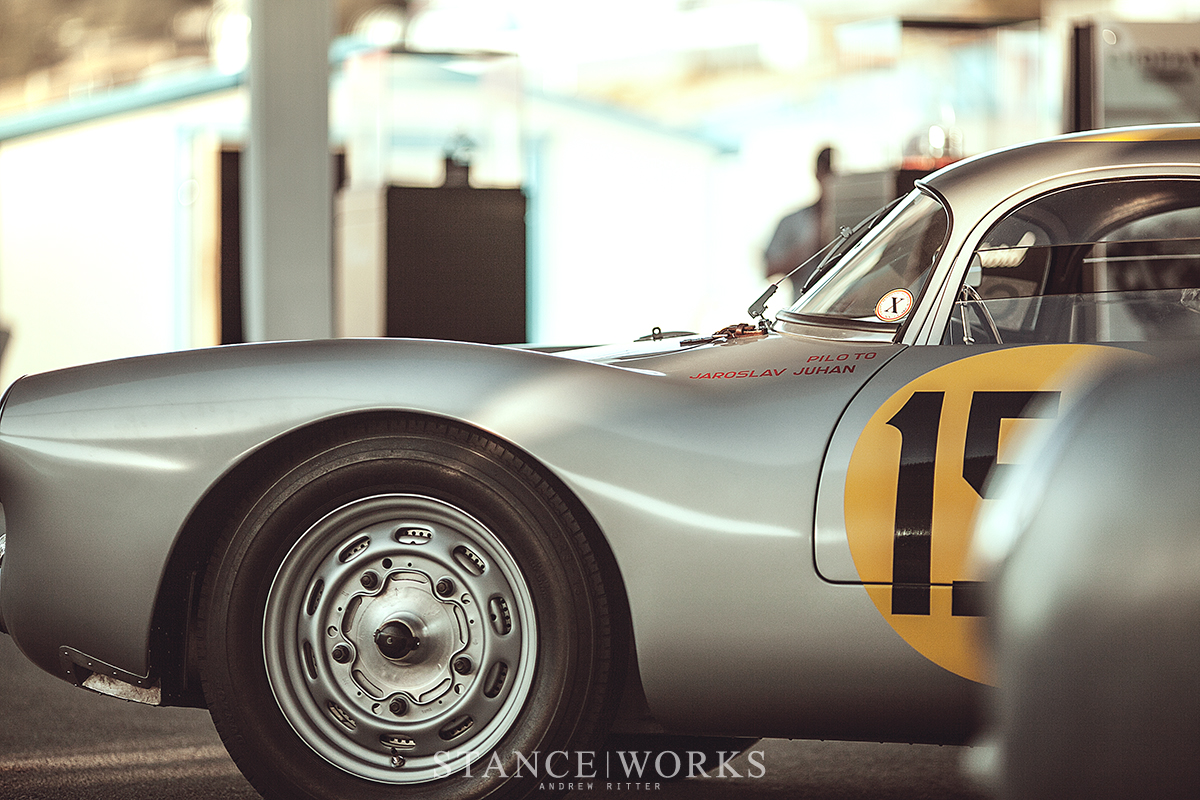 Without the concern of road-going safety or long-term daily abuse, Porsche set out to build a car that would contend with the greatest. A steel tube ladder-frame chassis provides stability to a body formed from aluminum by Weidenhausen. With only 96hp cranking through the 1498cc pushrod flat-four, Porsche knew they had to rely on the benefits of a lightweight chassis. Holes were drilled into every piece of metal that had weight to spare, and much of the aluminum that curved through its aerodynamic contours was only one millimeter thick. In race form, 550-001 weighed in at only 1200 lbs, positioning it to be quite competitive in battle. The first test of the new prototype racer guided it through the long winding turns of the Nurburgring, but by the end it was clear that Porsche was meant to be there at the racetrack. In its first race, the Porsche 550-001 took the victory at the Nurburgring 1000K before proceeding to LeMans where it would take Second in its class and reach 124 mph on the Mulsanne Straight. Today, the car's panels have been decorated with the same hand-painted graphics that adorned the car as it raced through the Americas, competing in the famous Carrera Panamericana, Sebring, and various races throughout South America. Porsche set the bar high with their first prototype, but for decades they have continued to improve on the strong foundation laid by the Porsche 550-001 Coupe. 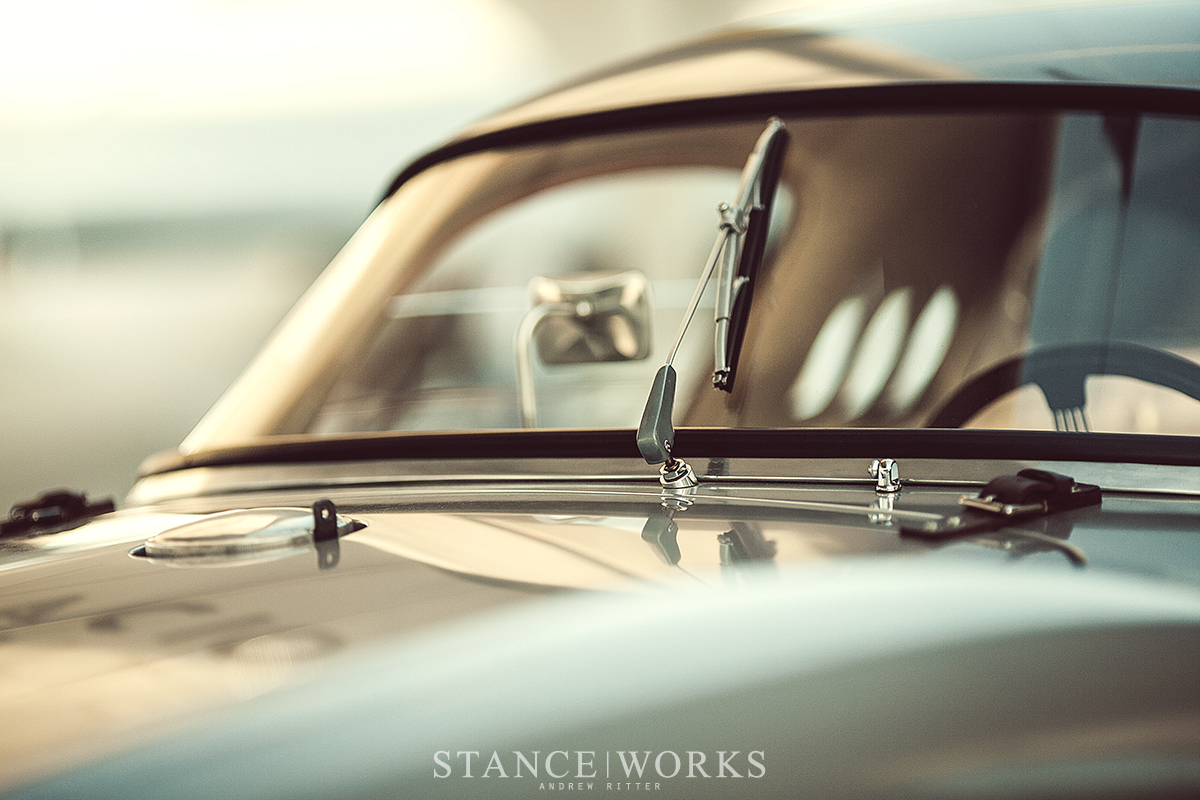 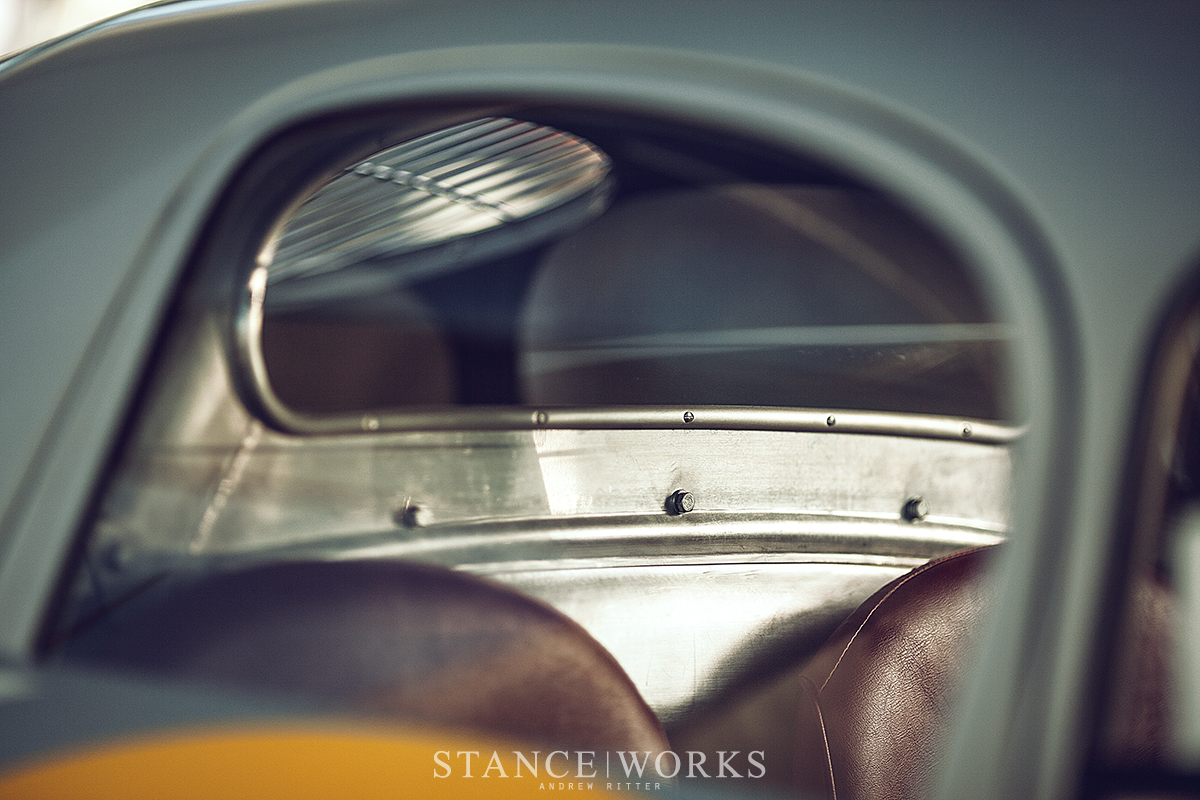 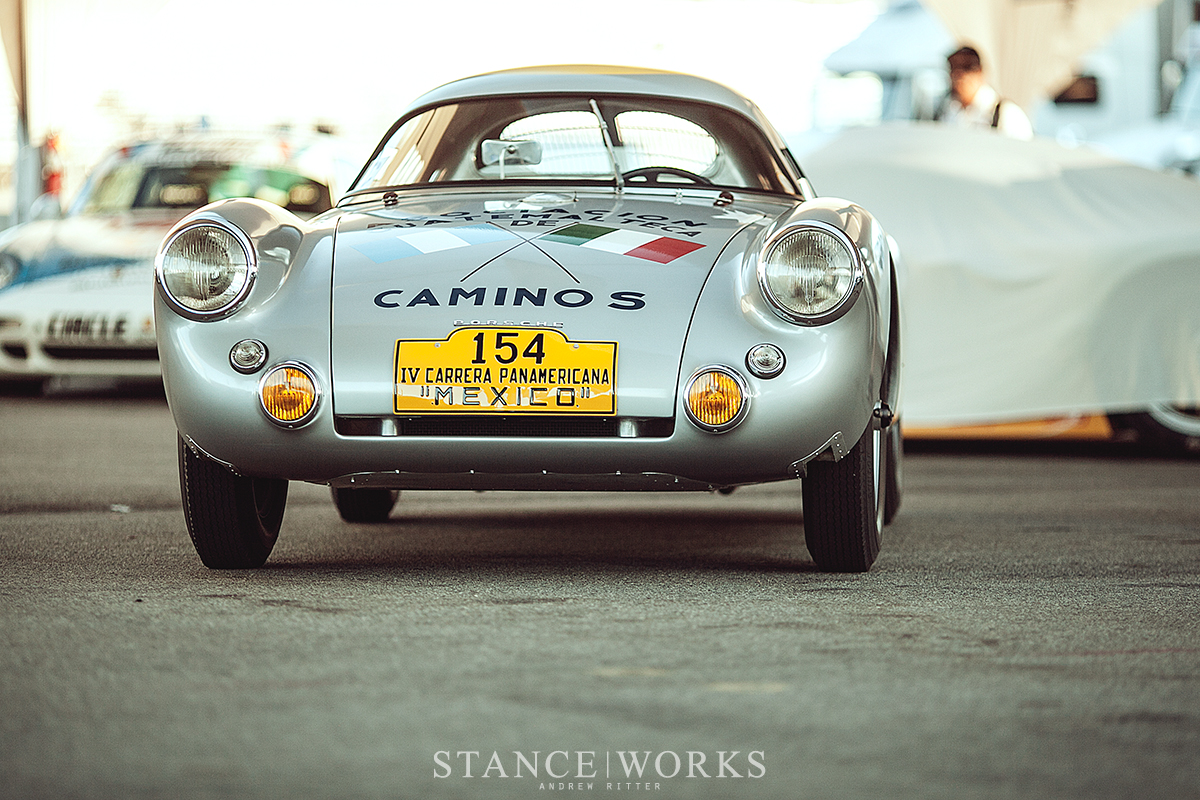 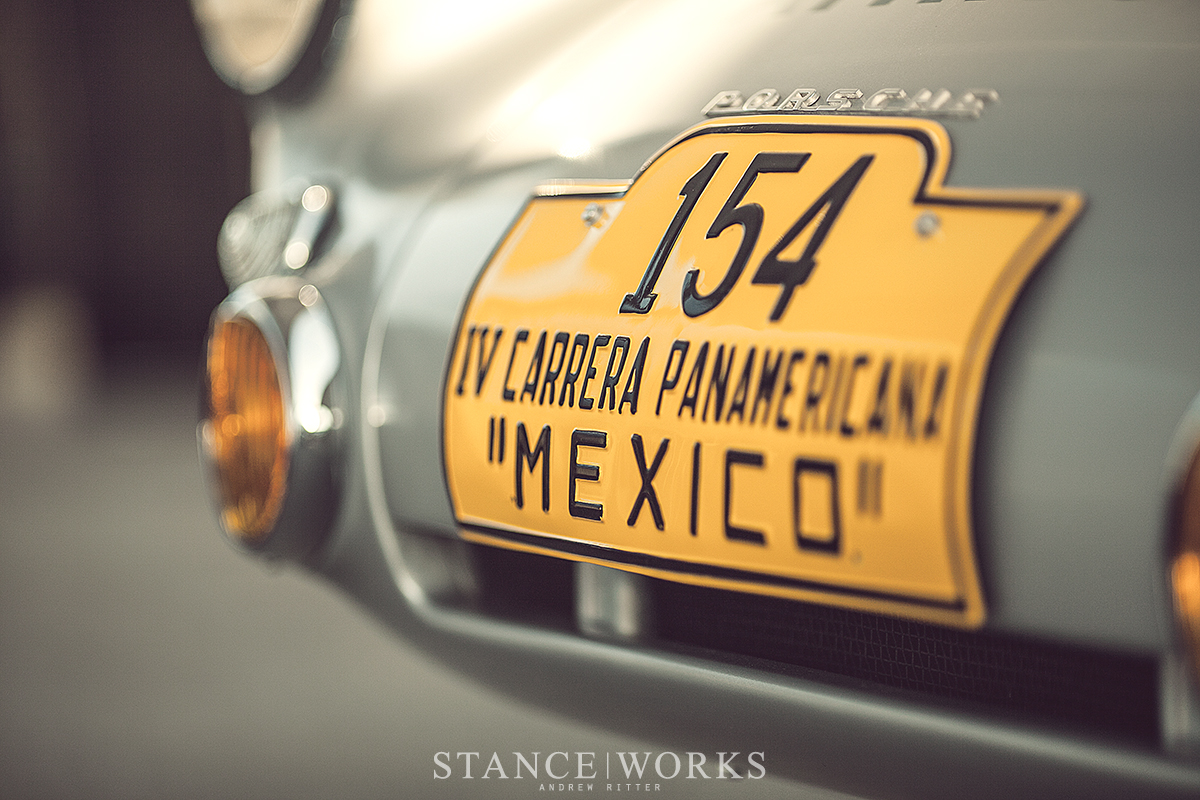 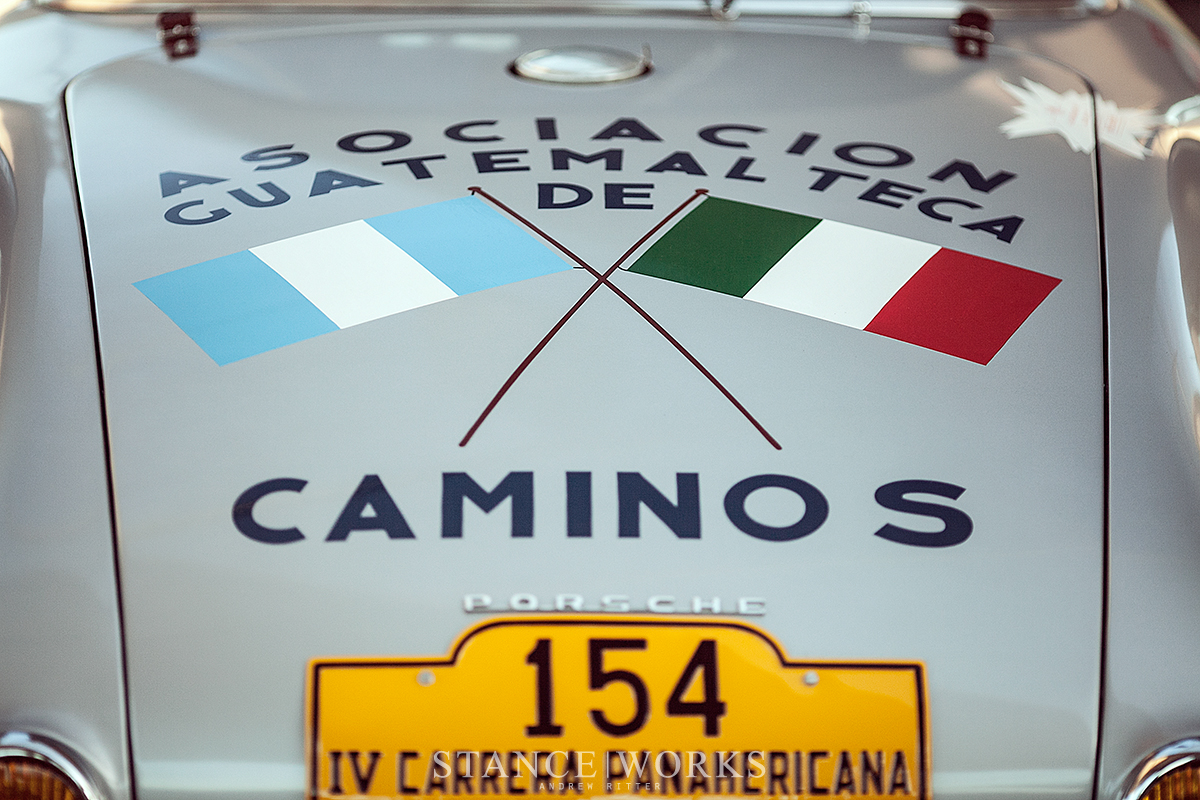 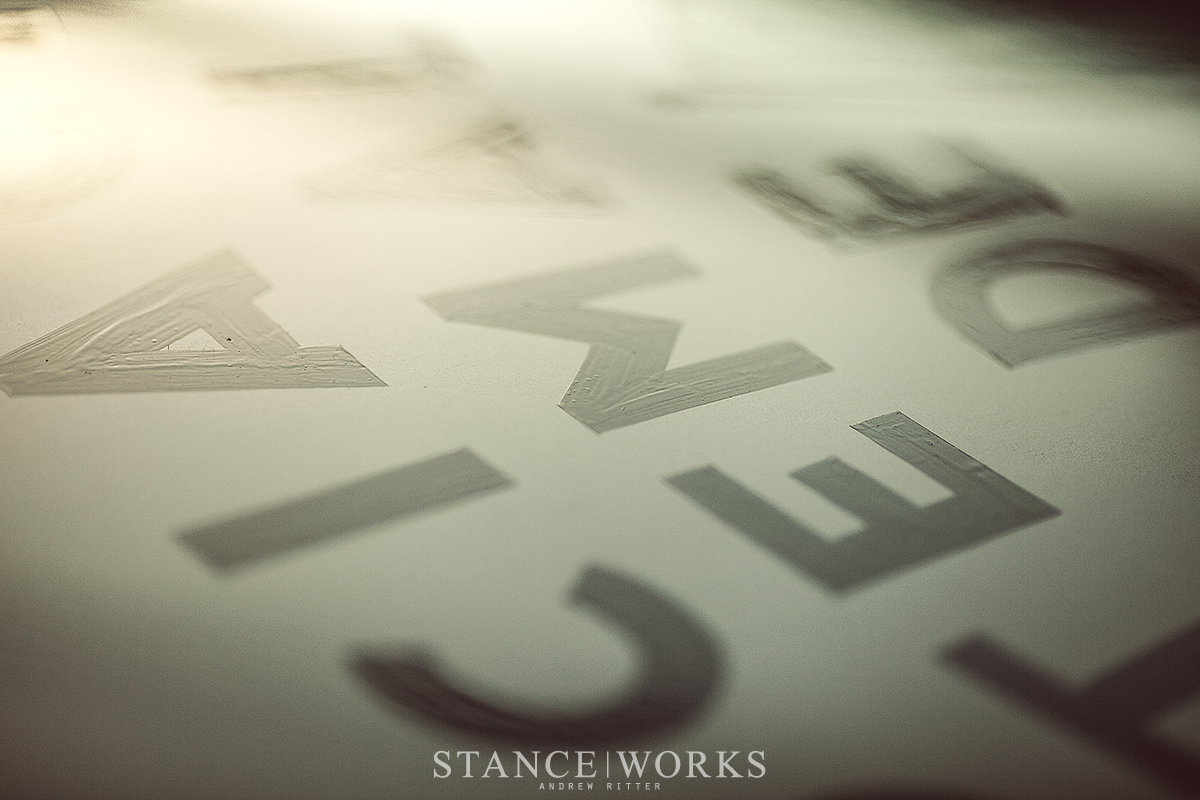 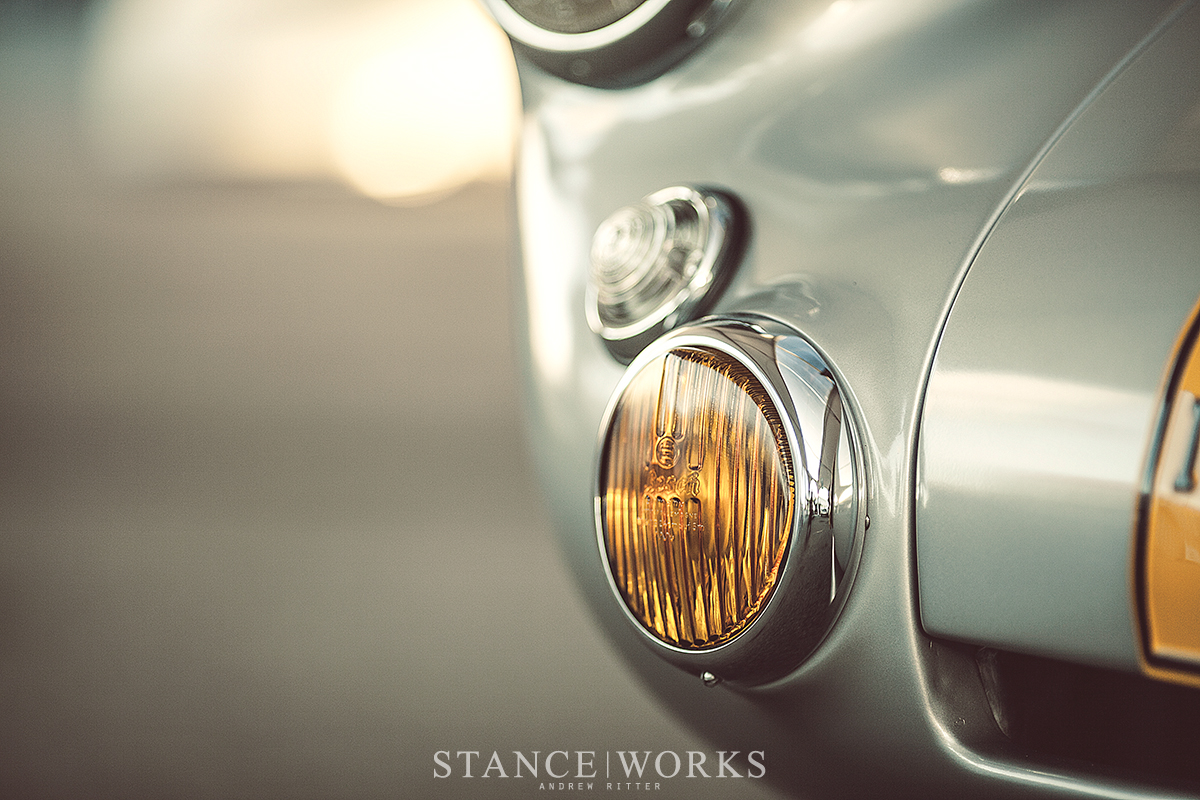 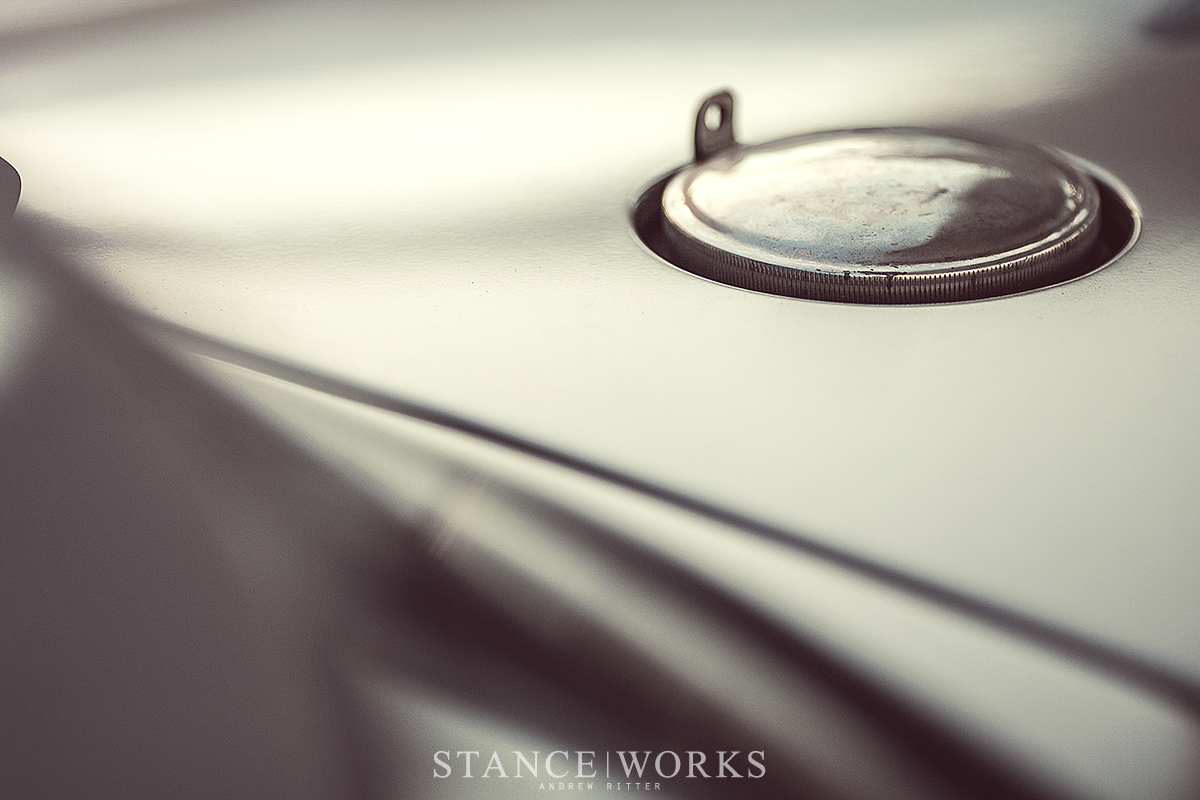 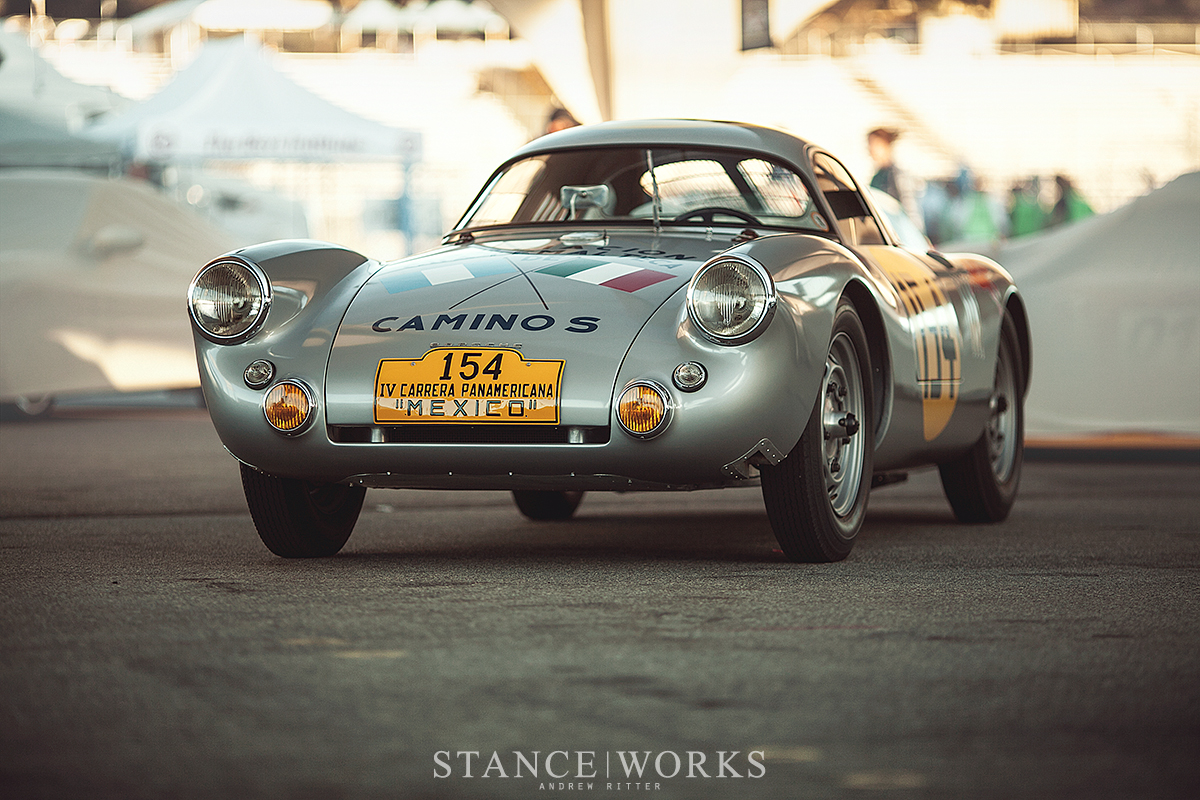 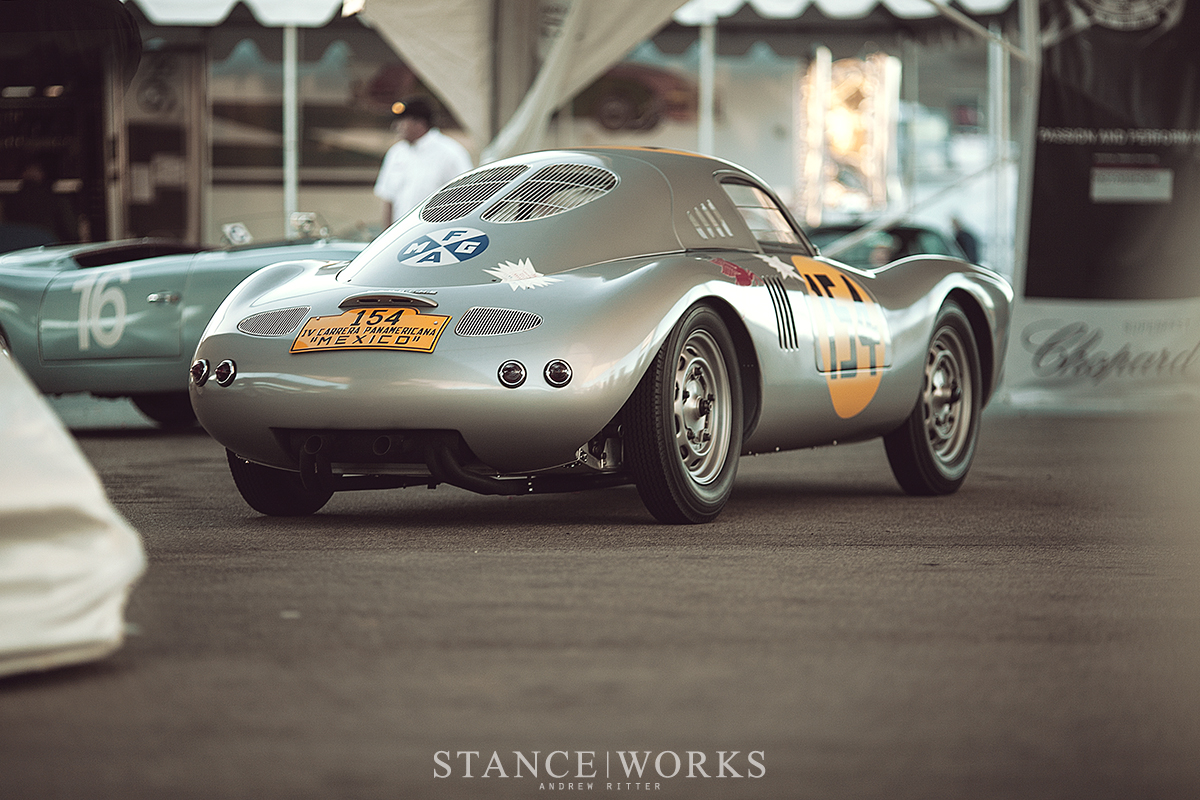 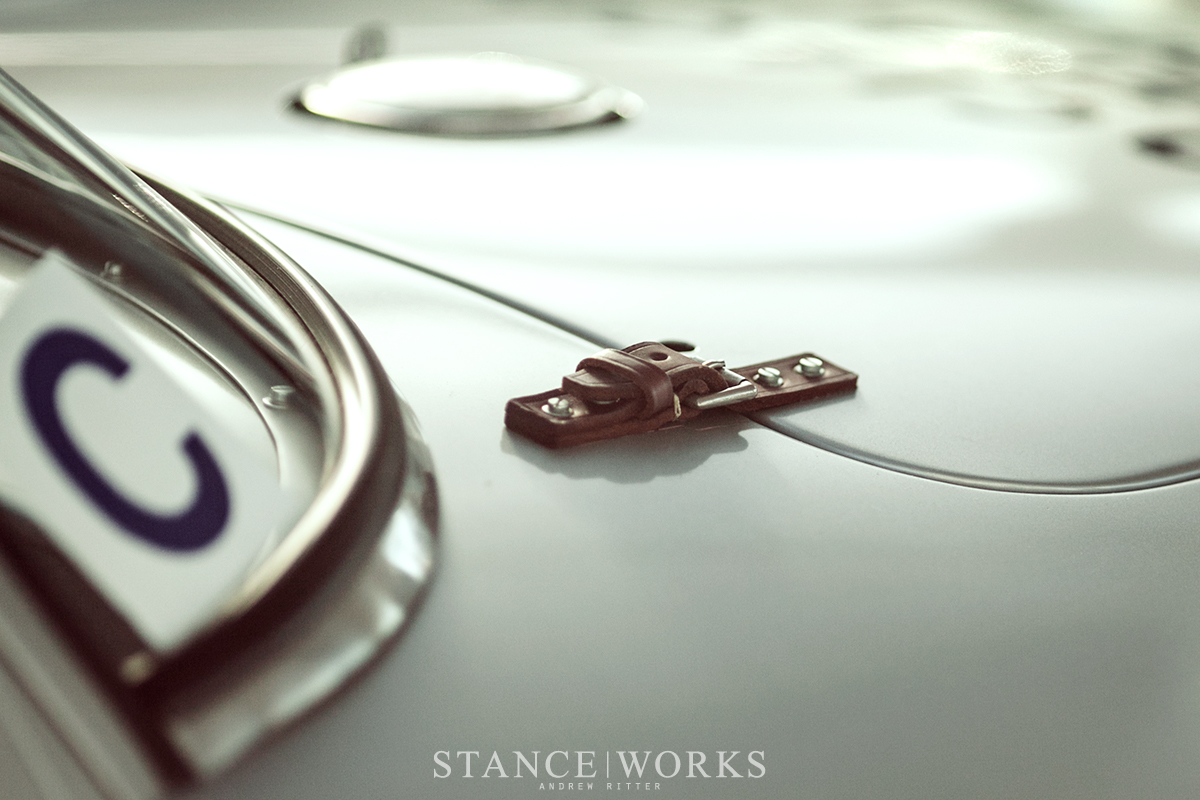 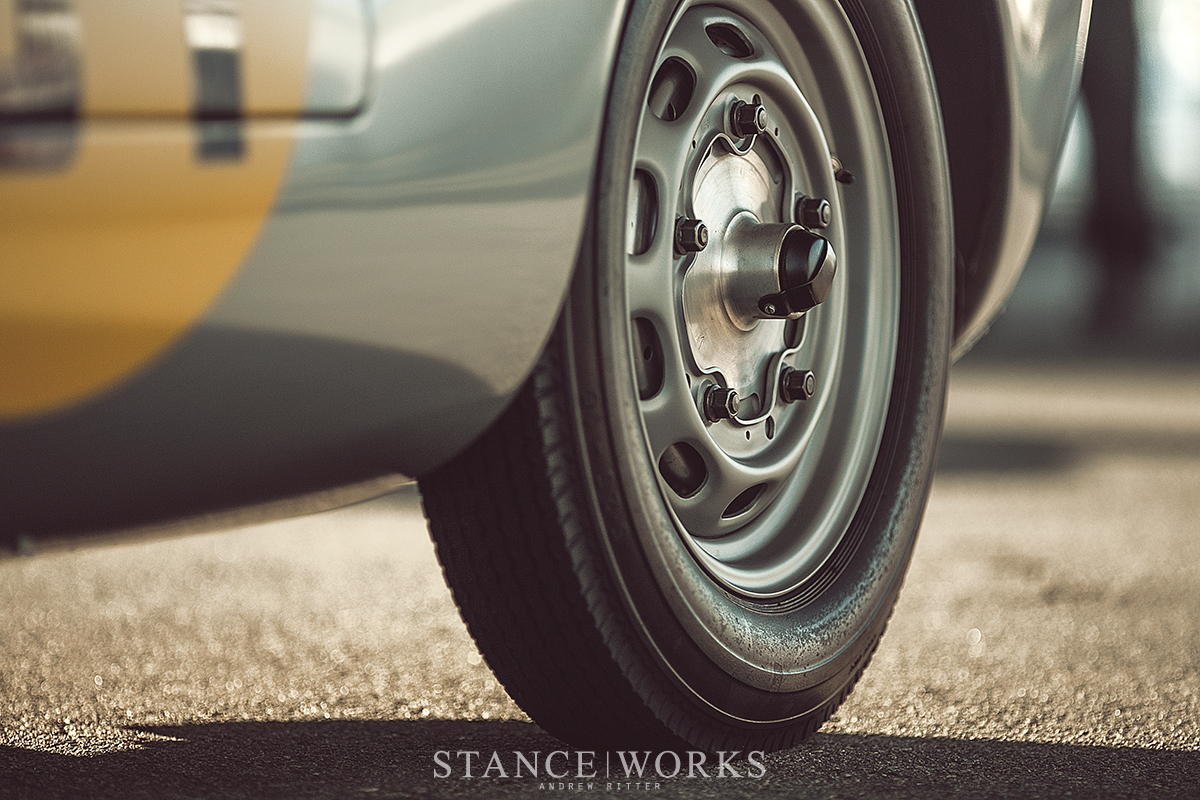 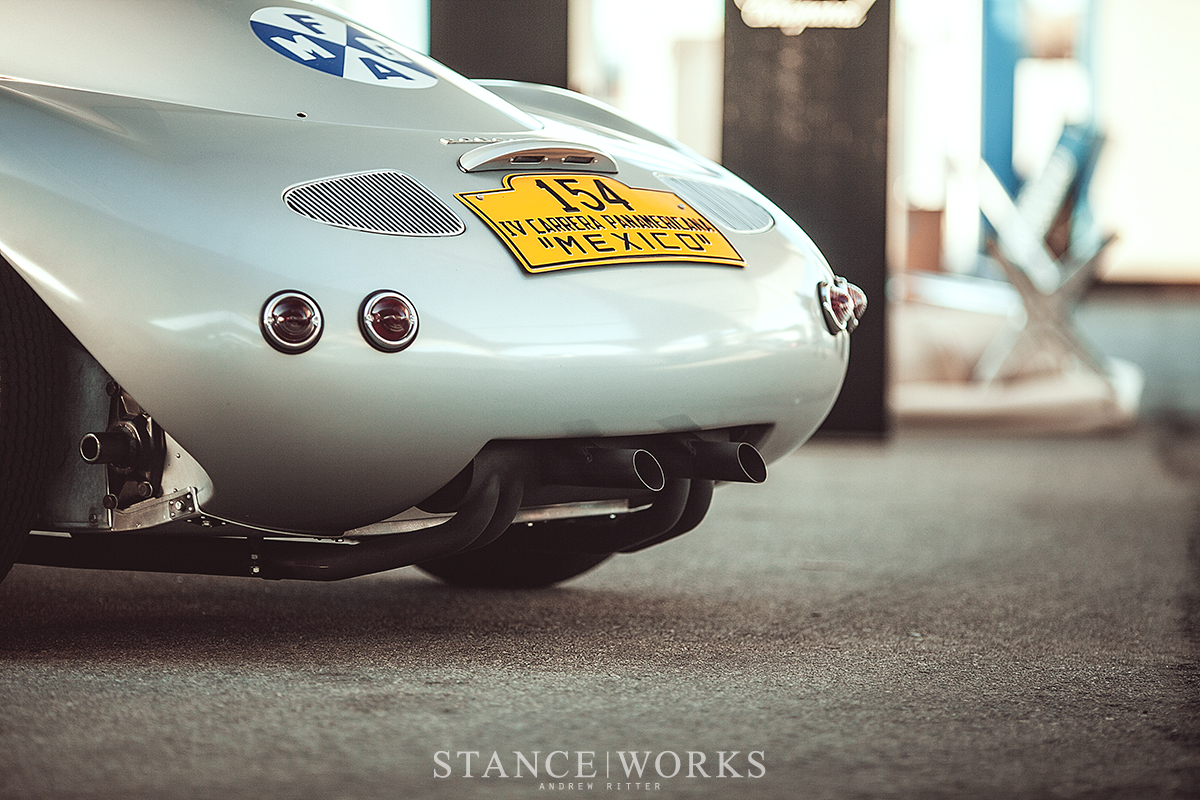 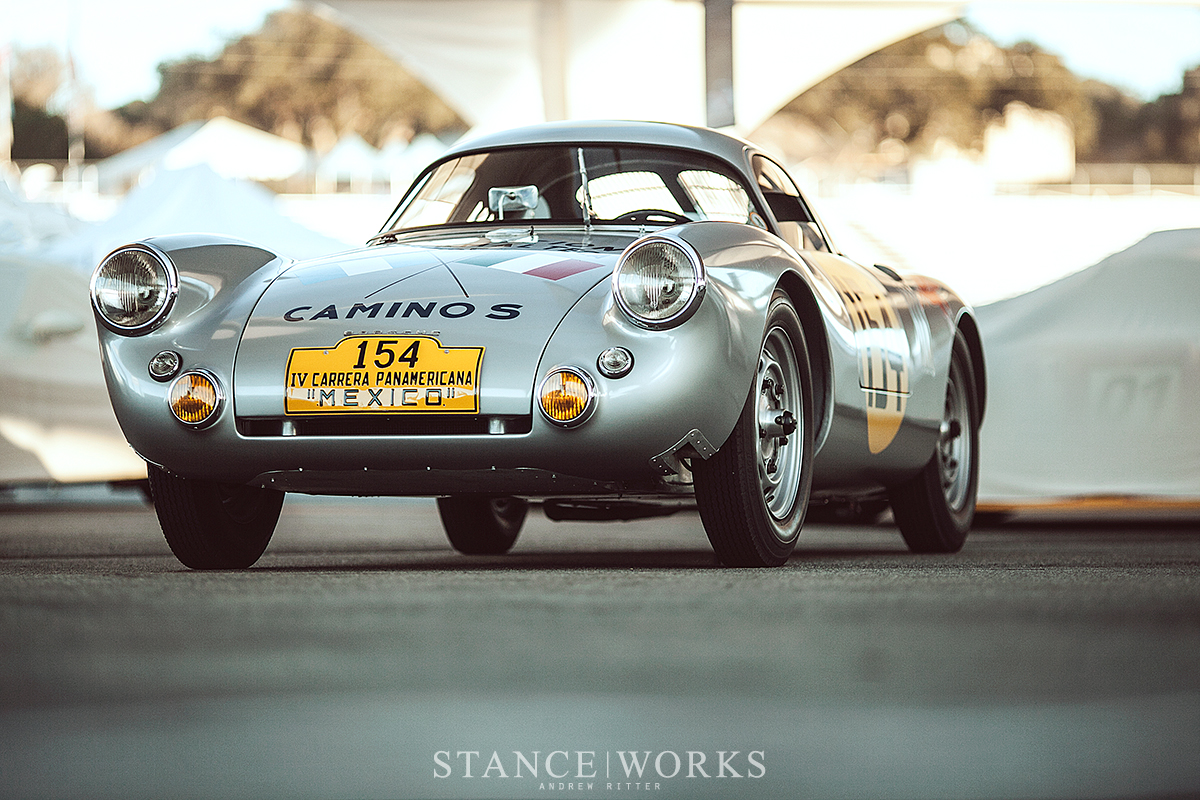 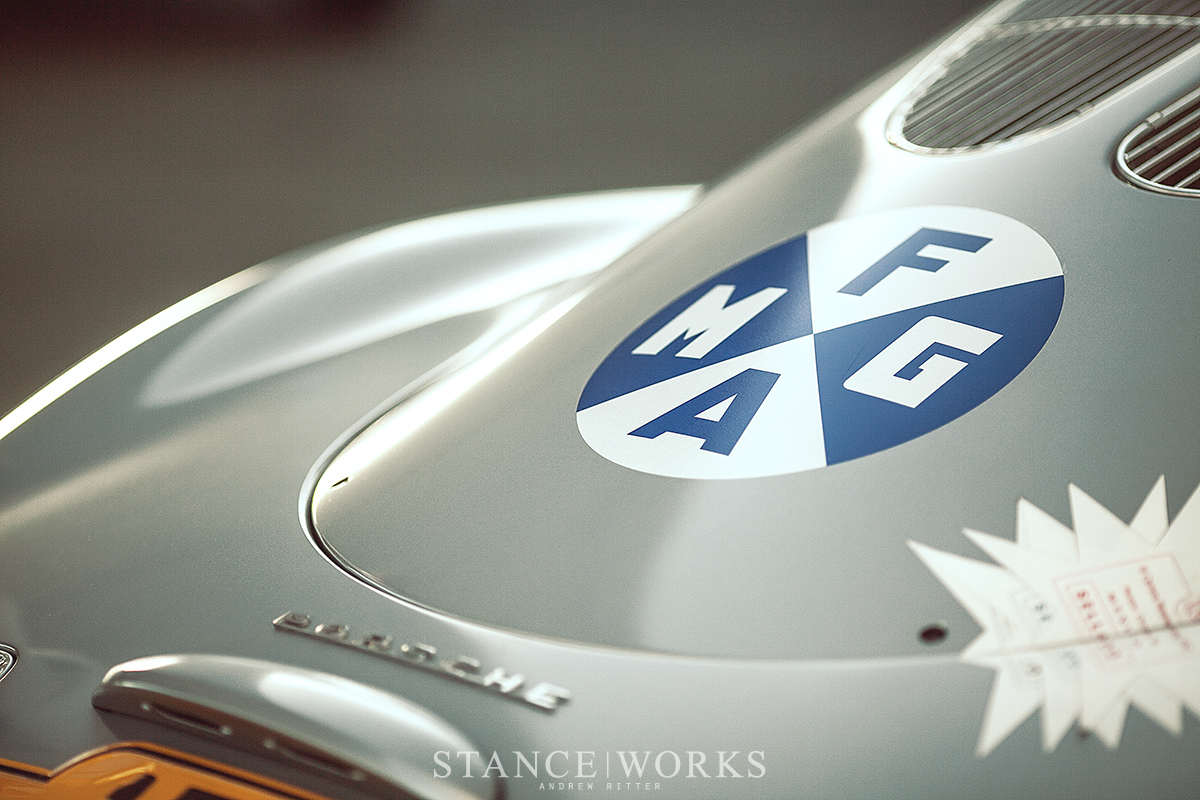 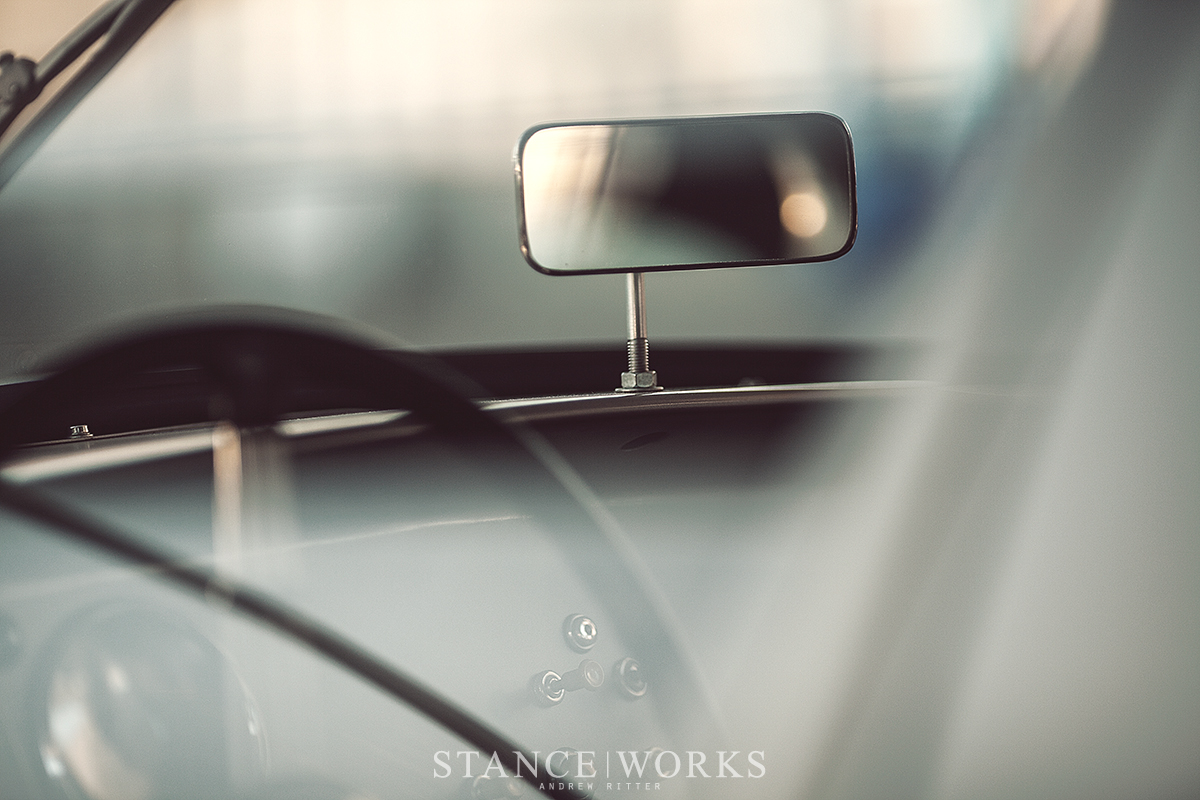 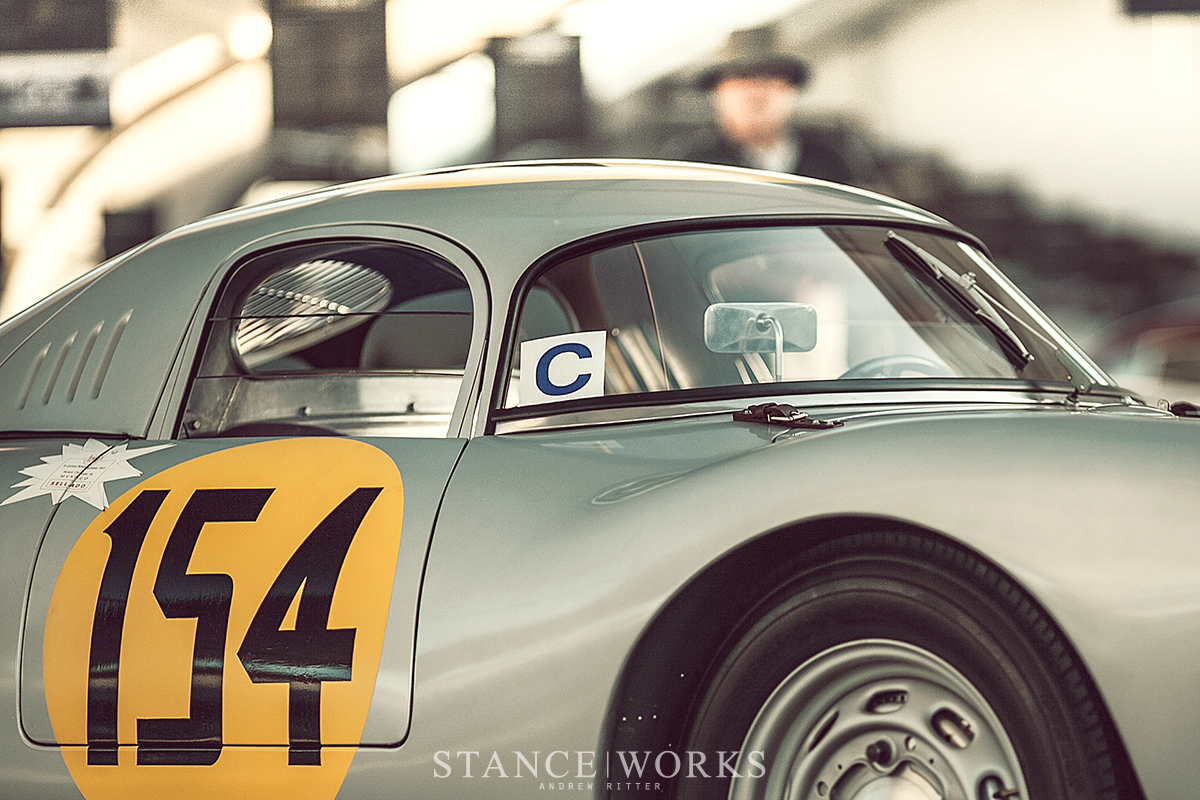 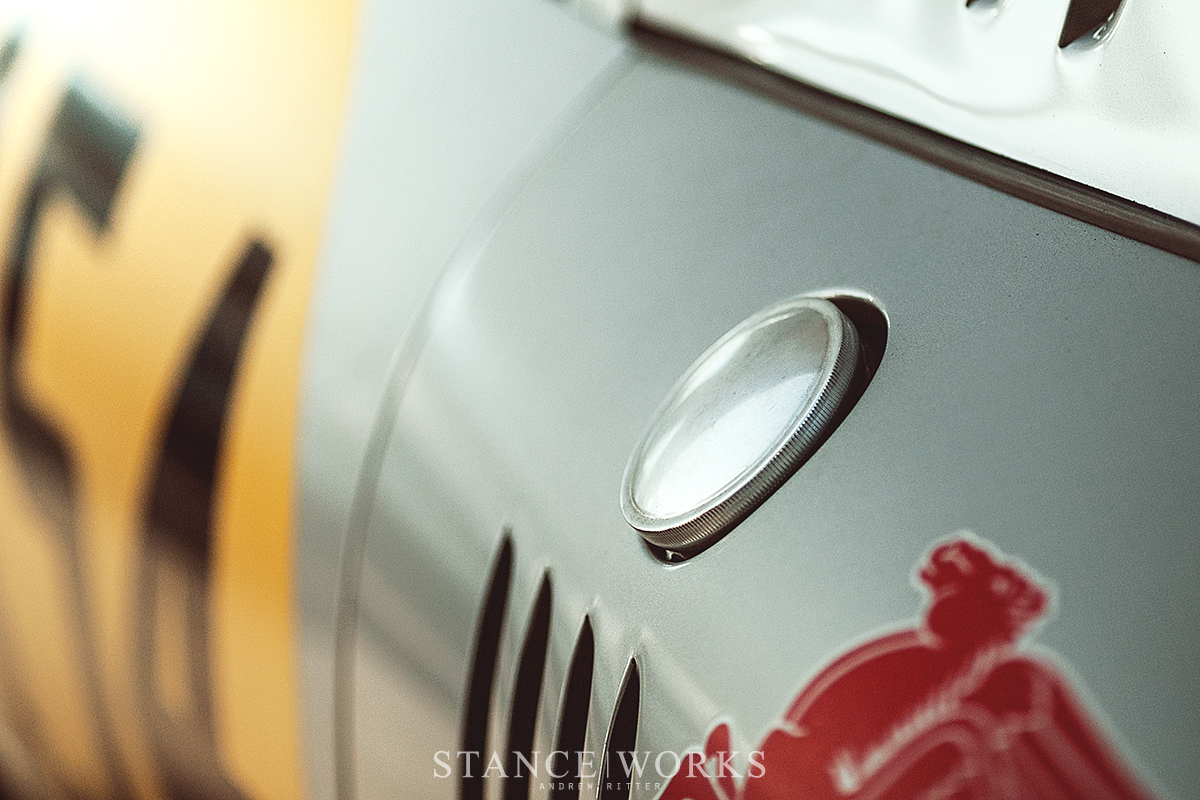 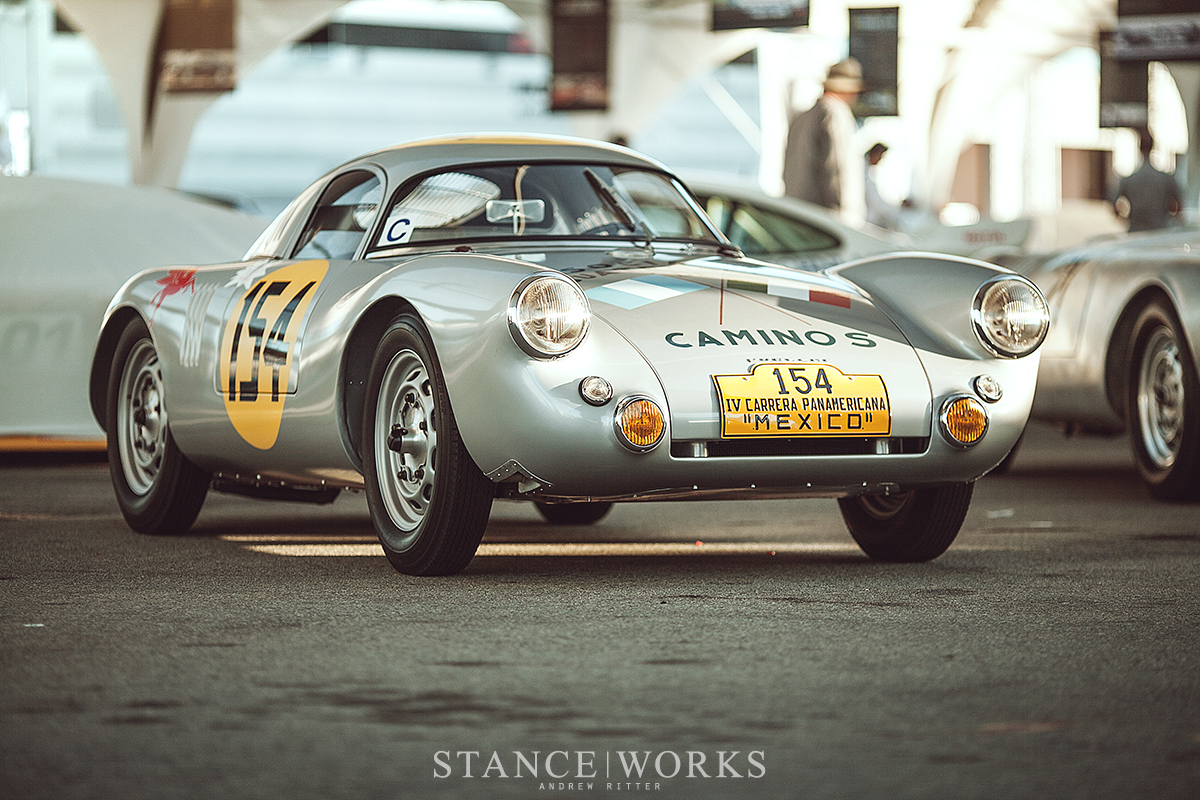 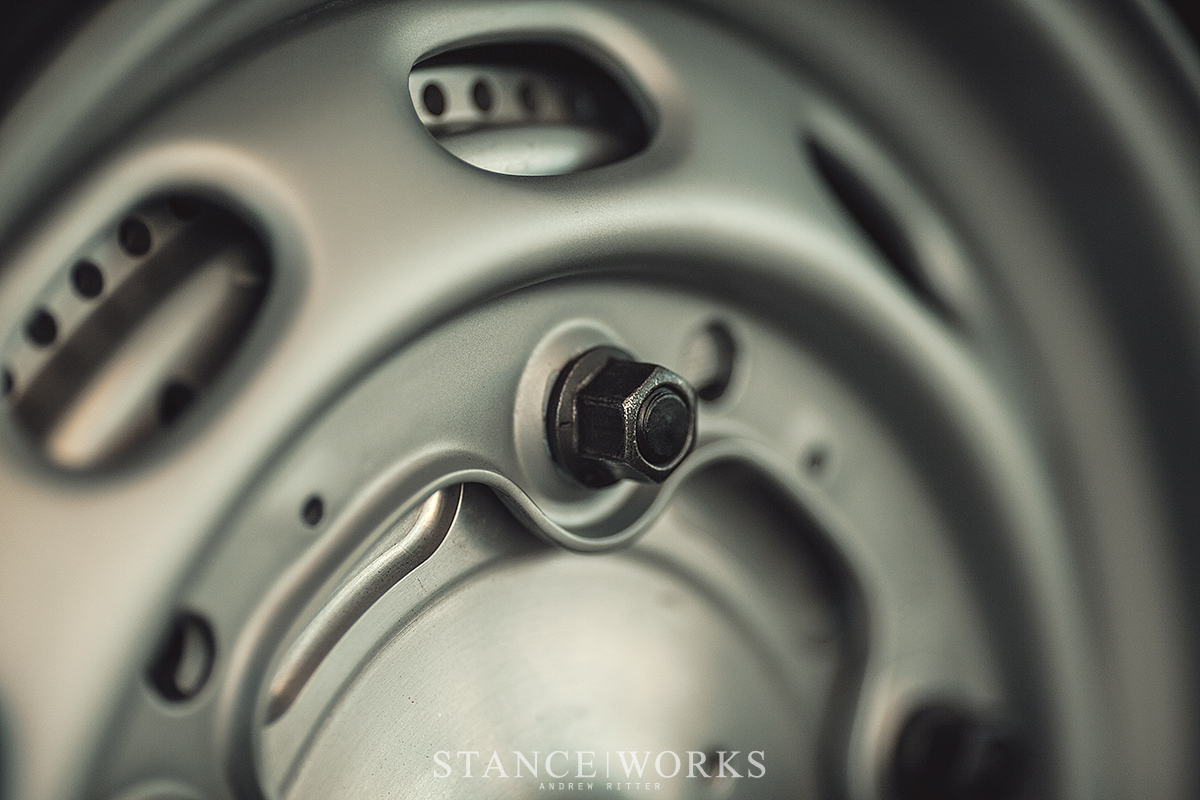 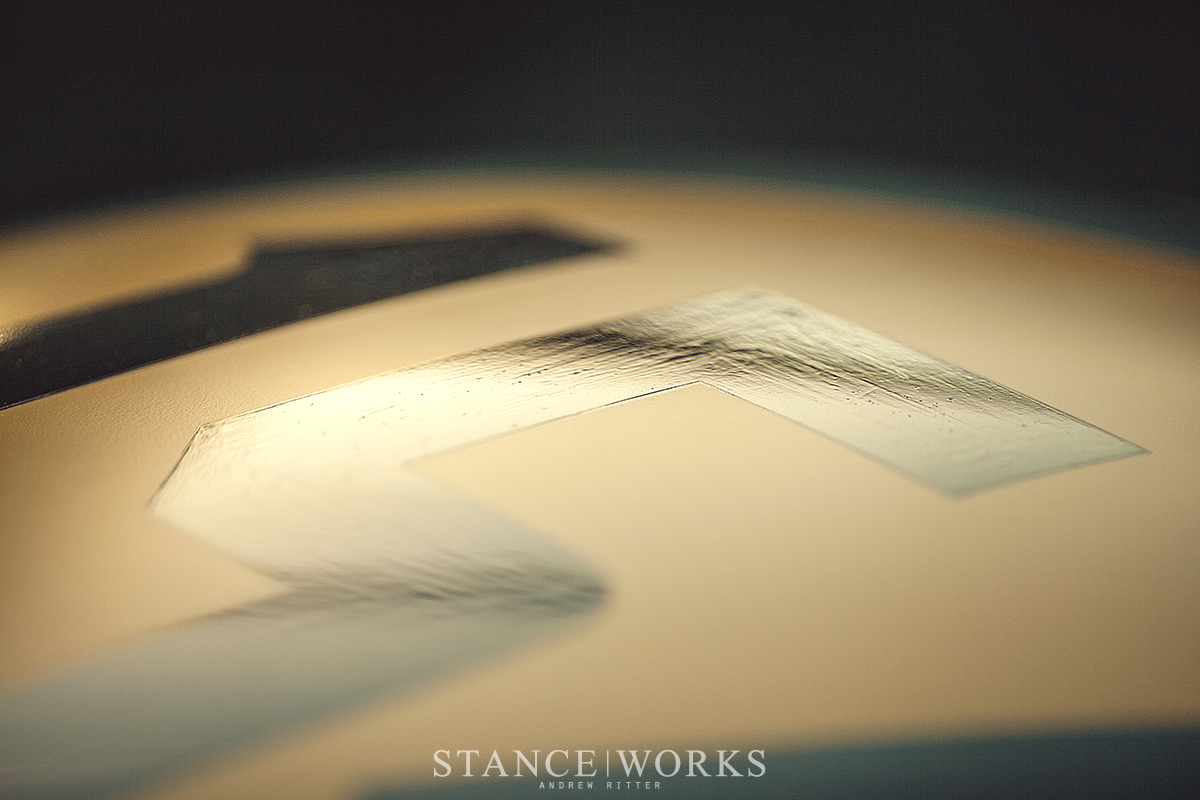 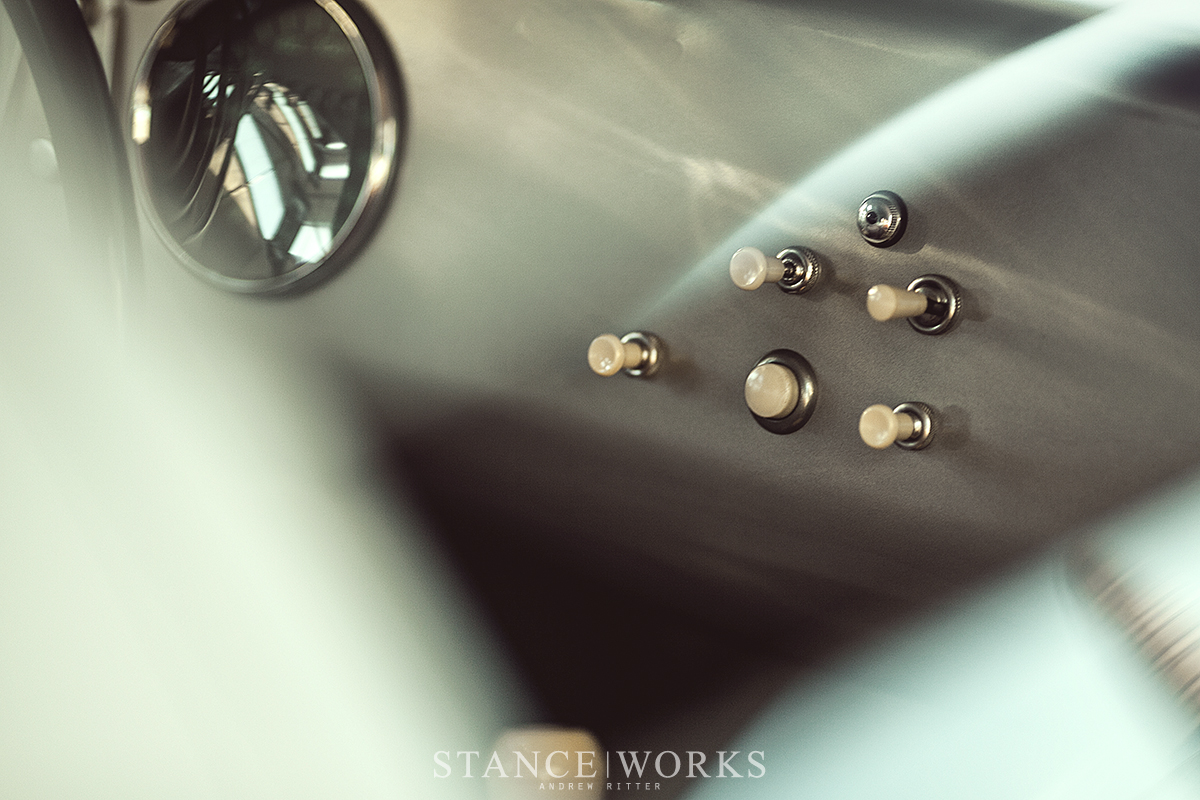