The Reign of Roush – The Trans-Am Roush Protofab Mercury Capri

The Reign of Roush – The Trans-Am Roush Protofab Mercury Capri

Sportscar racing is fraught with rivalries: they stand as the ultimate motivation in a sport where bragging rights reign supreme. Ranging from the likes of Ayrton Senna vs. Alain Prost, and Jeff Gordon vs. Dale Earnhardt, or even Big Foot vs. Grave Digger, it's these iconic rivalries that bring new fans to the sport and fuel the flames of competition. In fact, one of racing's rivalries in particular comes close to contesting the Red Sox versus the Yankees as the greatest rivalry in American history... none other than one of American muscle: Ford vs. Chevrolet. In 1983, Ford found themselves far behind Chevrolet's competitive Camaros, and in a decision fueled by the feud, Ford turned to Jack Roush and the Protofab team to build the best car possible. 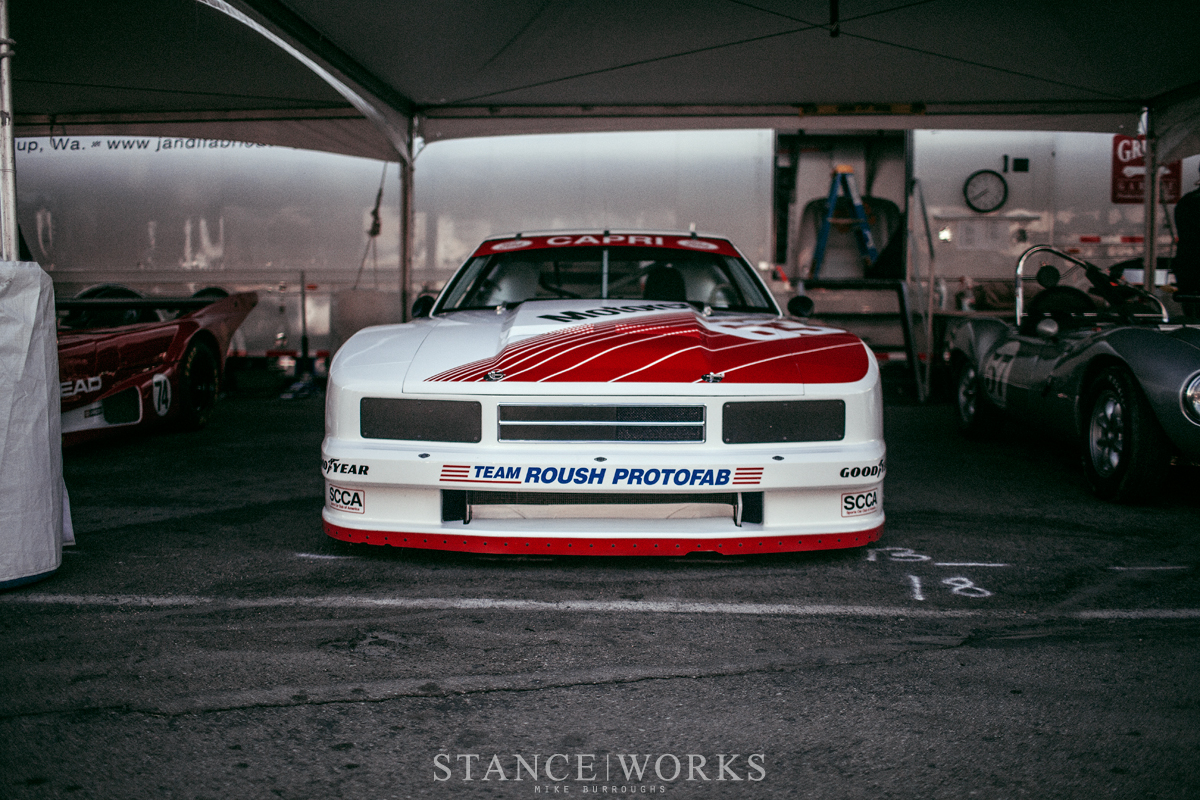 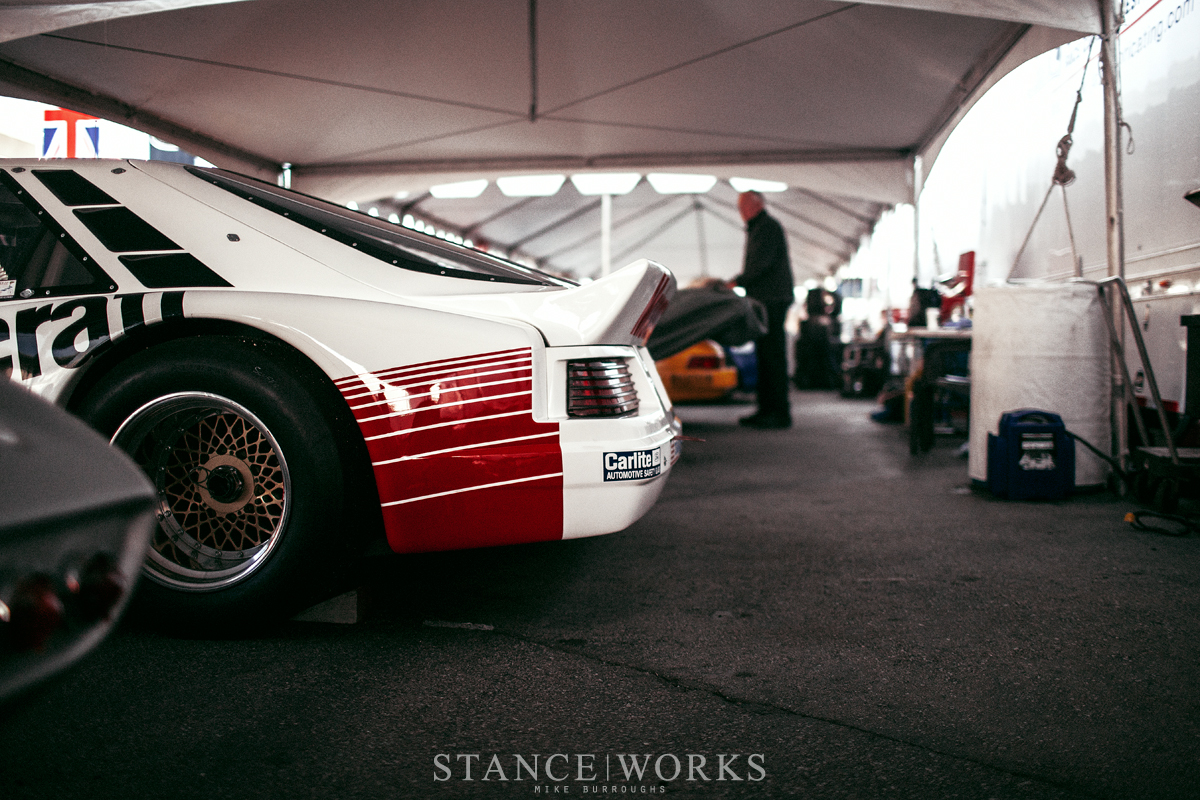 Rewinding, the Trans Am series was born in 1966, thanks to SCCA President John Bishop, as a manufacturers championship for modified versions of road-going cars. Trans Am was brought forth at the dawn of the Pony Car era, and in unison, the two spawned one of the greatest generations and divisions of true American racing. Mustangs, Camaros, Javelins, and more all fought head to head and toe to toe in hopes of claiming victory over the competition.  Trans Am wasn't limited to American iron however; the likes of Audi, Alfa, Porsche, BMW, VW, and Mini all found their way into the sport, and in time, Trans Am slowly departed from its roots. While the dawn of Trans Am is what some might consider the best America has to offer to the world of motorsport, by the late '70s, the series was dominated by the turbocharged Porsches from Germany. 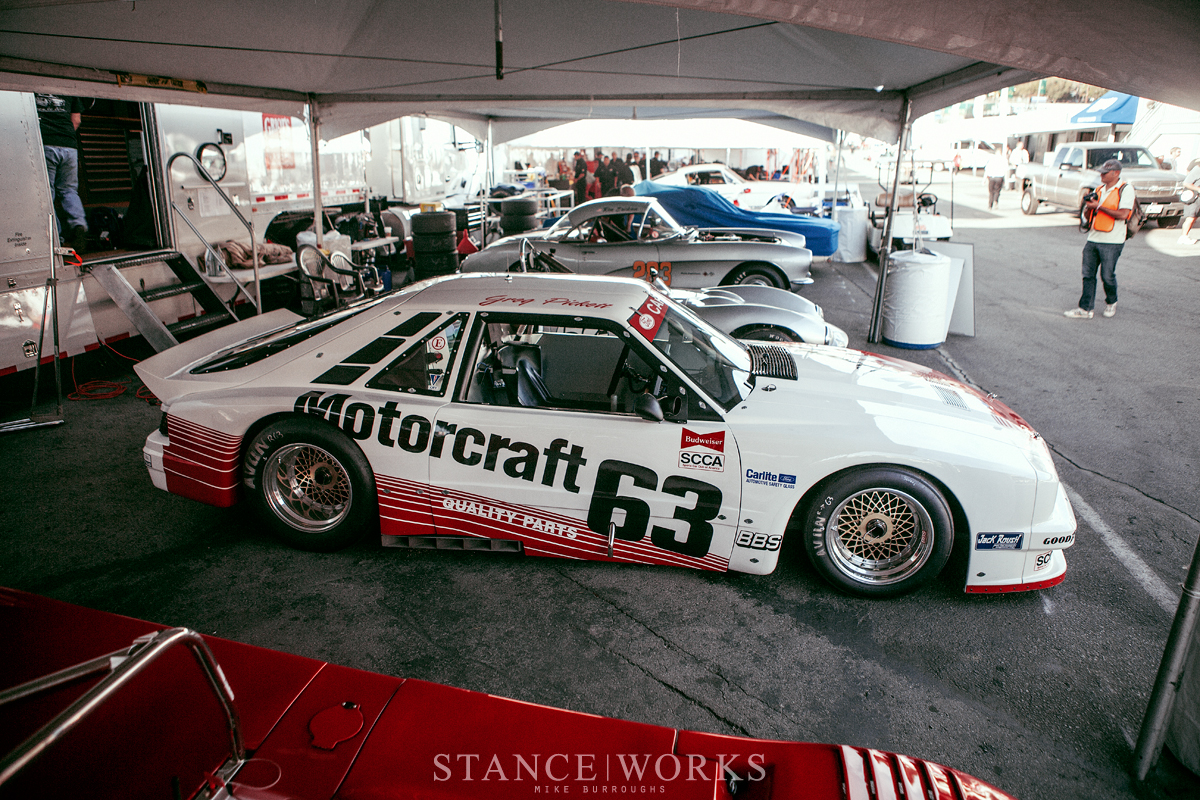 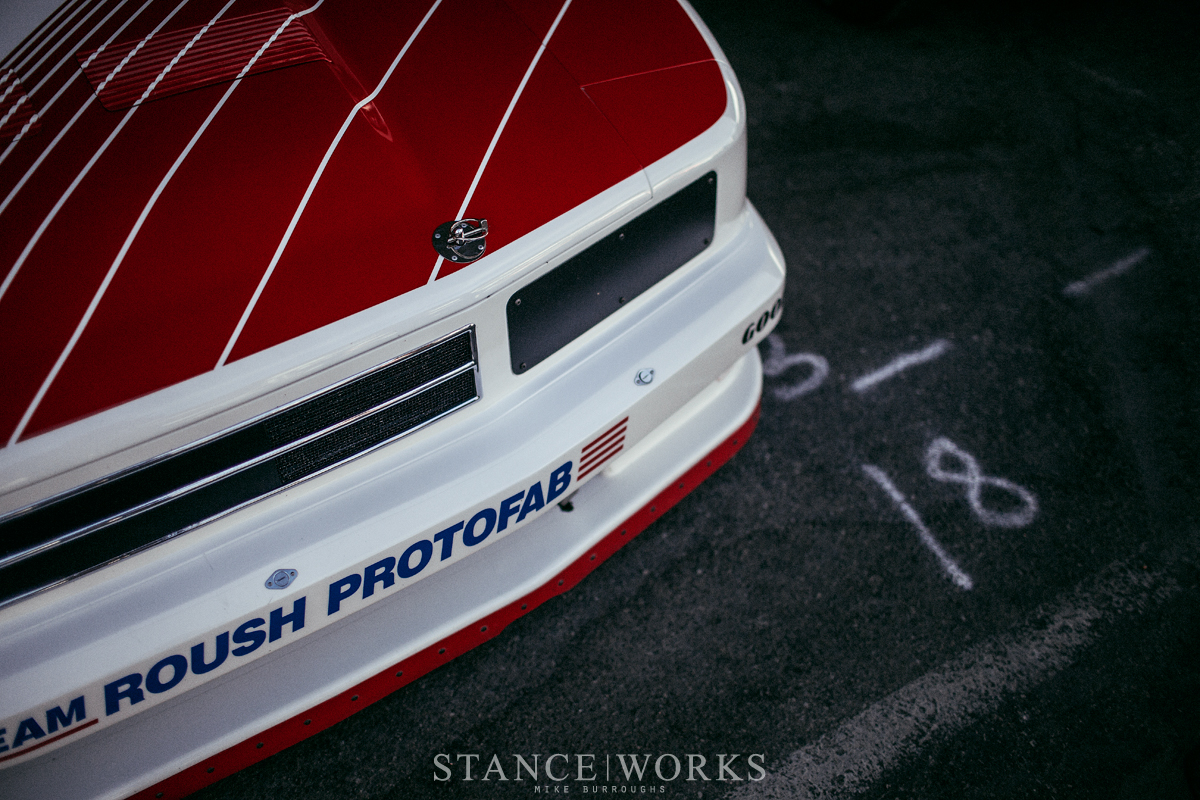 In 1980, the regulations of Trans Am were changed in an effort to bring it back to its basics, and a new rule welcomed tube-chassis cars which mimic'd their road-going counterparts to the grid. The change of rules was well timed, too, coinciding somewhat closely with the return of Ford's 5.0 Mustang. Ford brought the Mustang to the series, but the sailing was far from smooth. 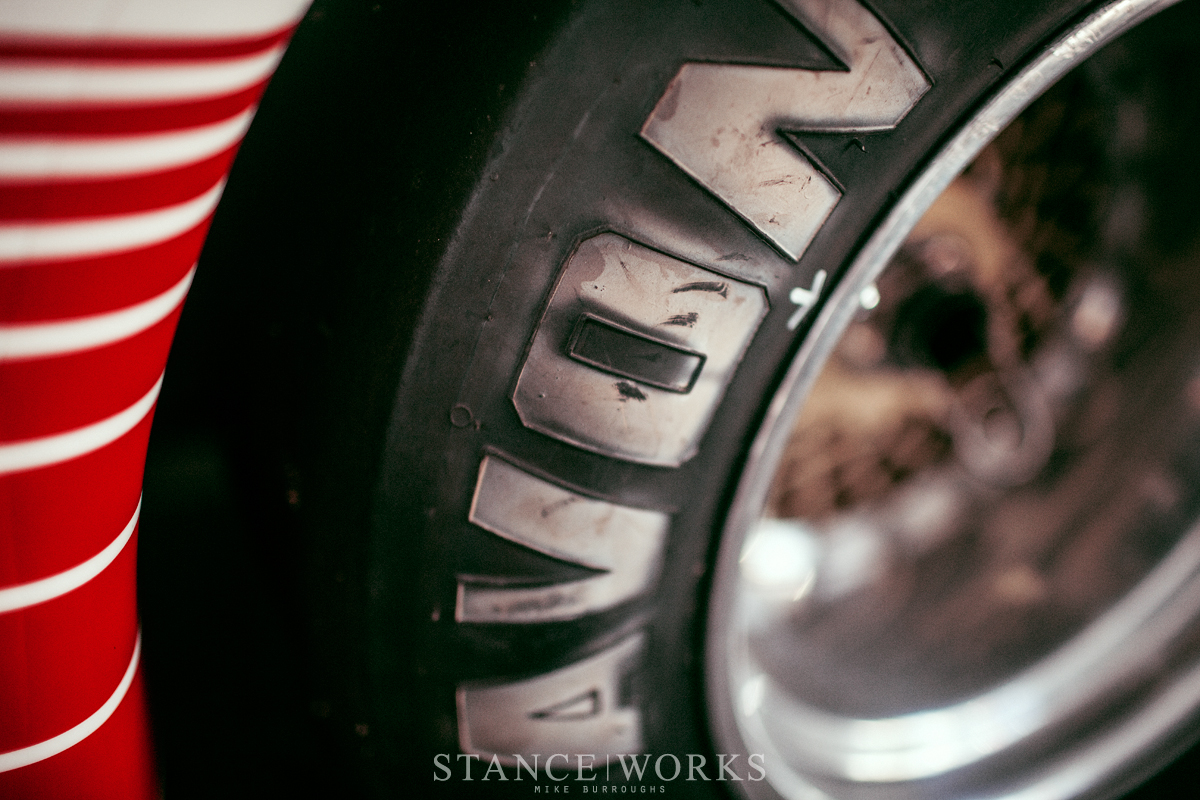 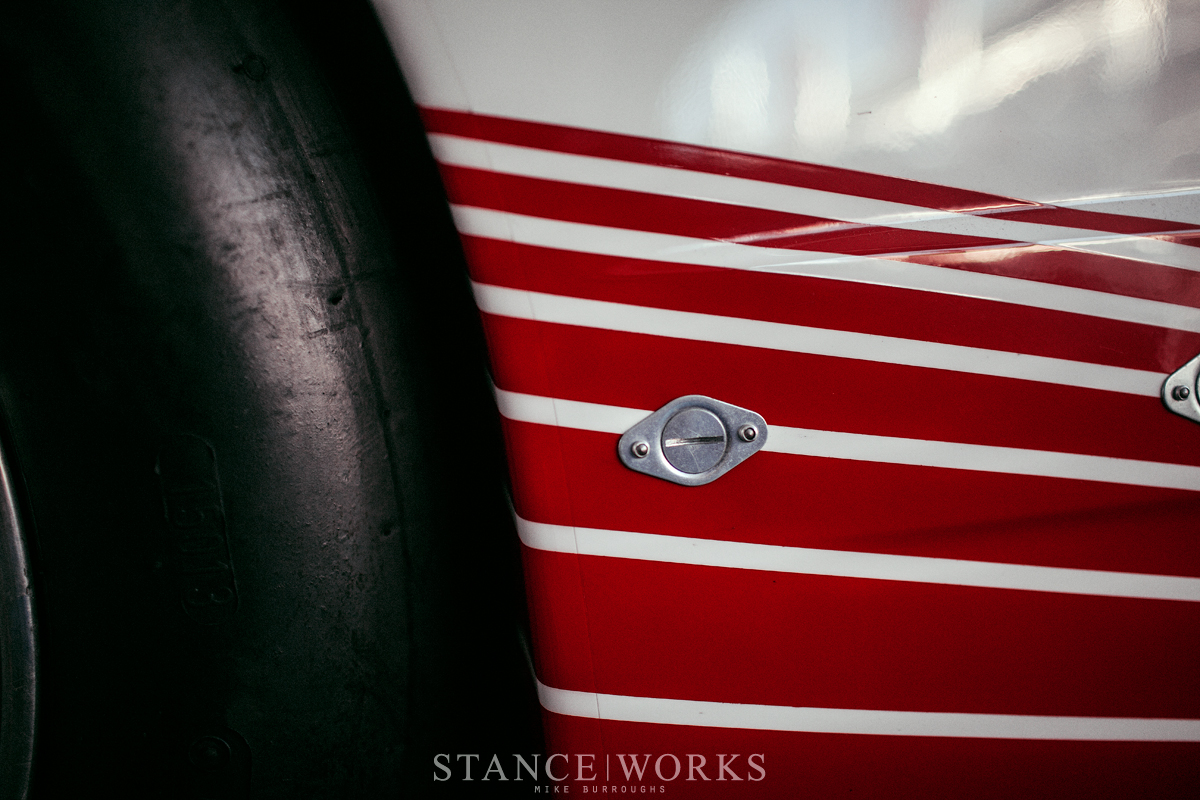 By 1983, control of the field in the Trans Am series had shifted back to the Americans, and it was the bowtie that absolutely dominated the competition. The DeAtley team Chevrolet Camaros, at the hands of David Hobbs and Willy T. Ribbs, wiped the floor. The Budweiser liveried cars won 9 of 13 races that season, with another competing Camaro slipping in to bring the tally to a staggering 10. The boys at Ford gave it their all, but despite their efforts, "Team Chevy" prevailed, leaving the boys with the blue oval to be nothing short of utterly embarrassed. With the opinion that there's nothing worse than having one's ass kicked by their rival, mercilessly no less, Ford handed the proverbial keys over to Jack Roush, a man with a penchant for incredibly fast Fords. 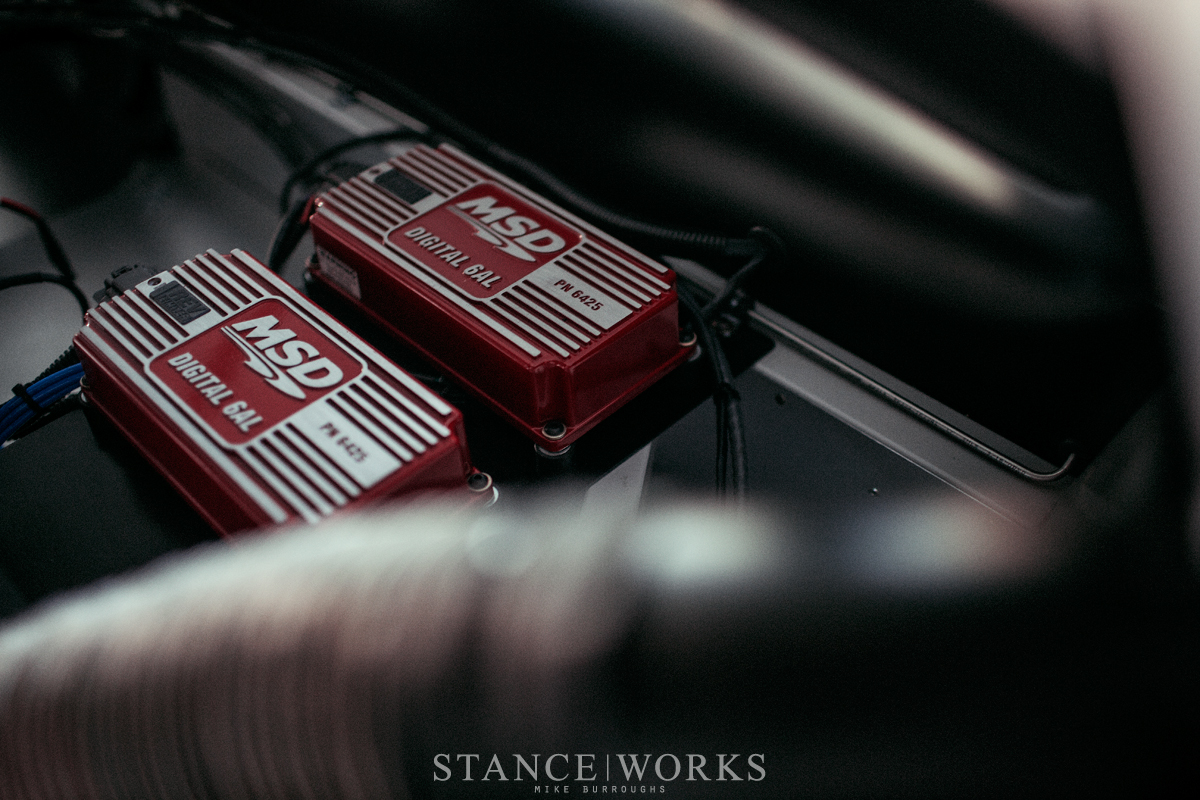 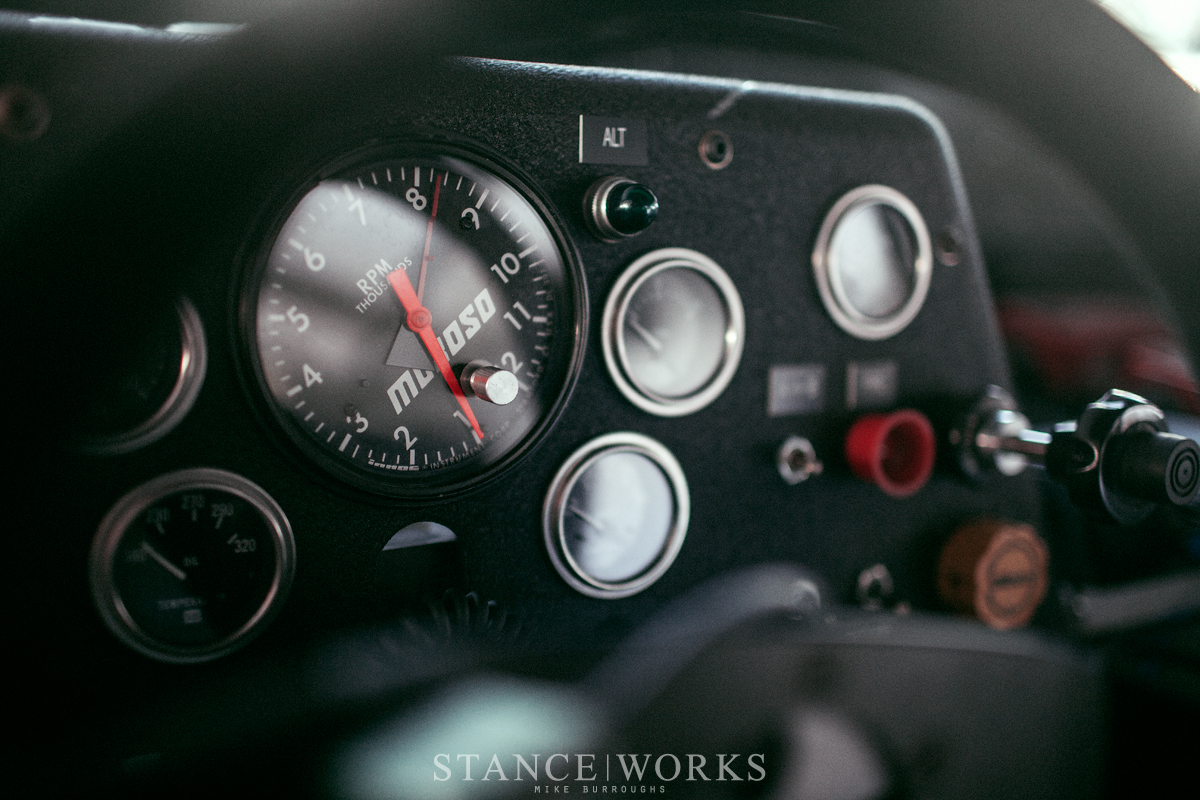 With a desire to dethrone the bowtie-ladden Chevys, Jack Roush brought in the help of Bill Riley and Gary Pratt (of Pratt & Miller), whom together had just formed Protofab. As a whole, the Roush Protofab team set forth on building an all-new purpose-built chassis. However, instead of building a car centered around the Mustang, the decision was made to body the silhouette race car as a Mercury Capri, the upscale sister car to Ford's fox body. Adhering to the new  Trans Am rulebook, Roush Protofab's team began by designing and fabricating a steel tube-frame chassis, and fitted it with a fiberglass skin that loosely resembles the production Capri. 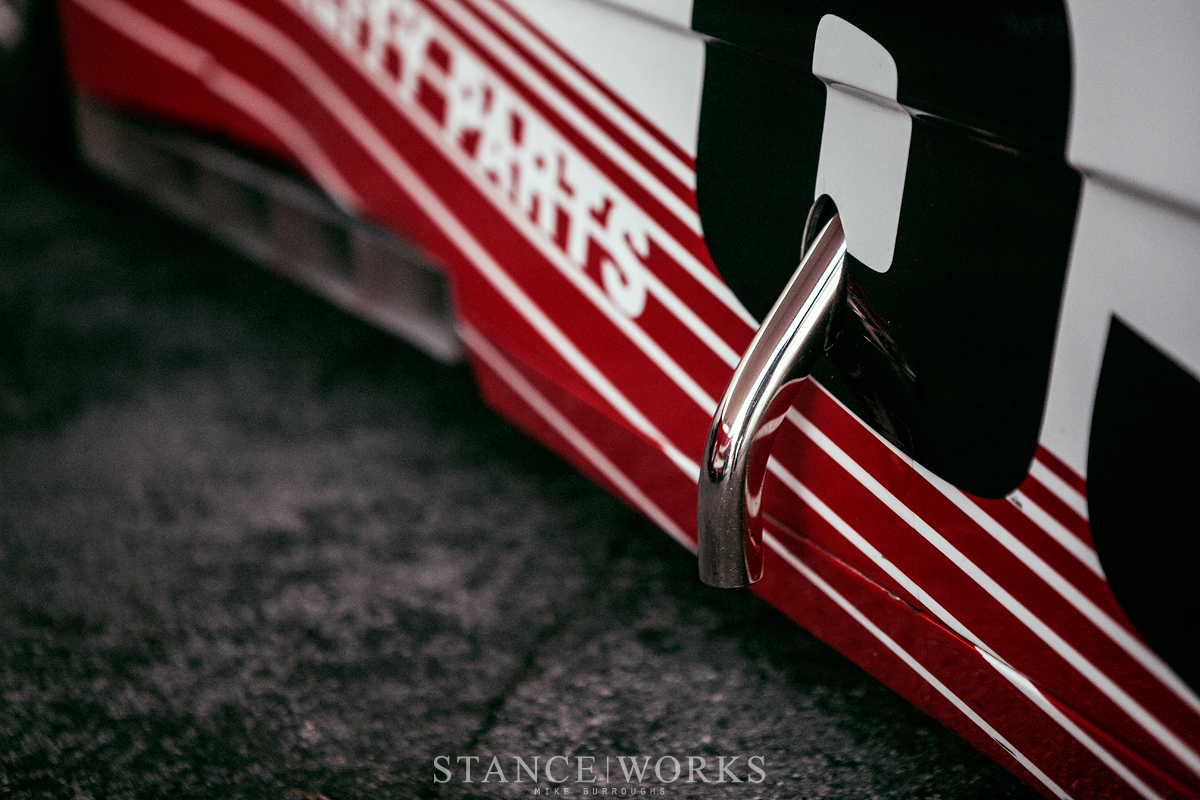 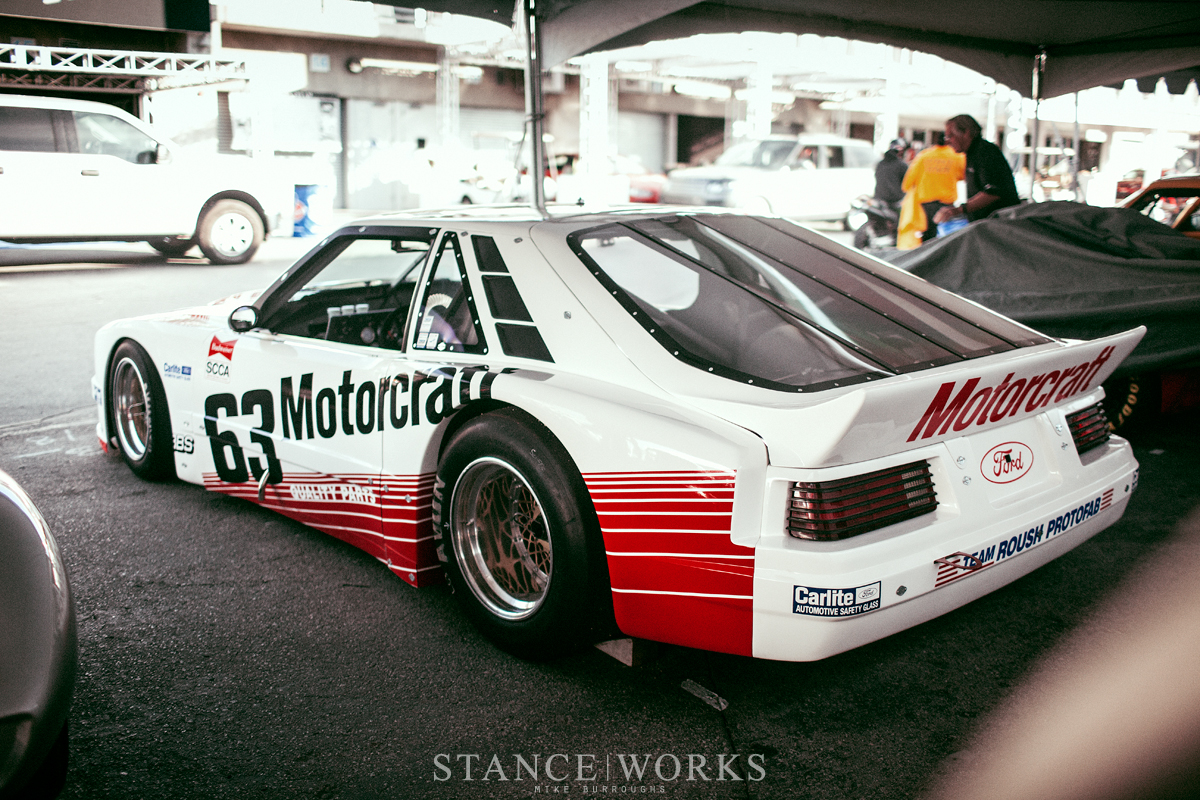 The Protofab side of the team focused on building the suspension for the Mercury. The custom spaceframe chassis was fitted with independent suspension in both the front and rear, utilizing double wishbones, coilover dampers, and adjustable sway bars. Jack Roush focused on what he knows best: the heart. Under the hood of the Mercury is a Roush-built naturally aspirated longtiudinally-mounted Ford 90º V8. Displacement fell just under 6 liters: 5.868 to be exact, or 358 cubic inches for the Yanks. A single Holley carburetor capped the motor, and a dry sump oil system plugged the bottom, keeping the V8 as simple as possible. Despite its simplicity, the Roush motor pumped out an earth-churning 800 horsepower in its evolved trim. 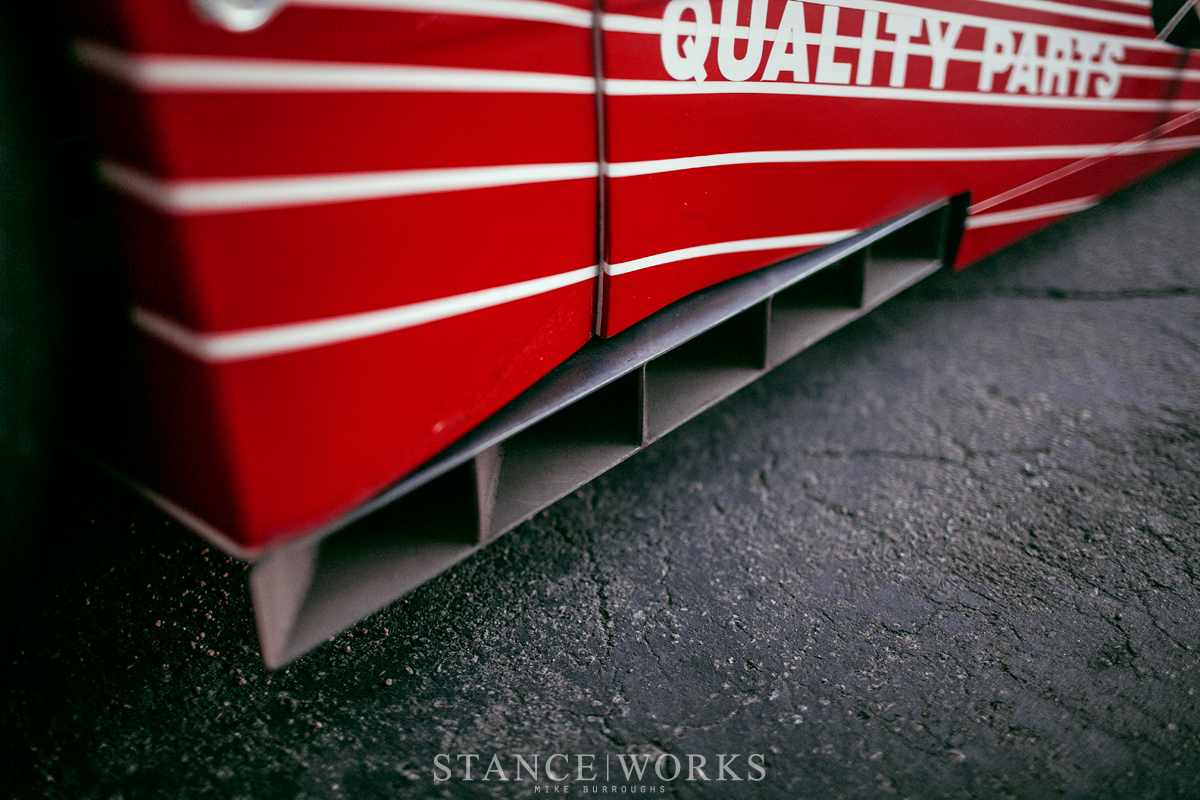 In many ways, the engine was archaic in comparison to the competition, most of which had moved on to turbocharged four and six cylinder engines with four valves-per-cylinder. In fact, the competition felt underwhelmed upon the Capri's shortcoming of the '84 Trans Am season's first race at Road Atlanta. Despite a strong start, the pair of Roush Protofab Capris finished in a rather unfortunate 19th and 25th thanks to overheating and gearbox failures in their very first race. However, Jack Roush was not prepared to accept failure, and the cars were tweaked. 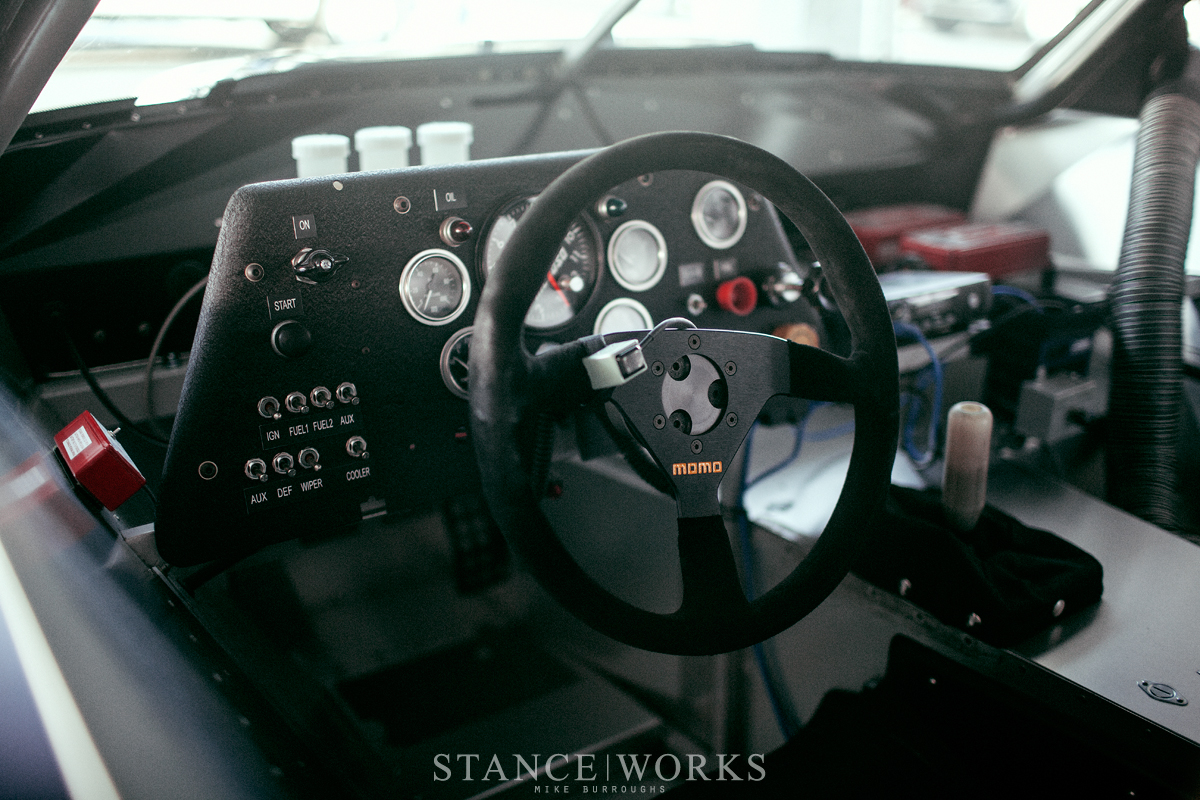 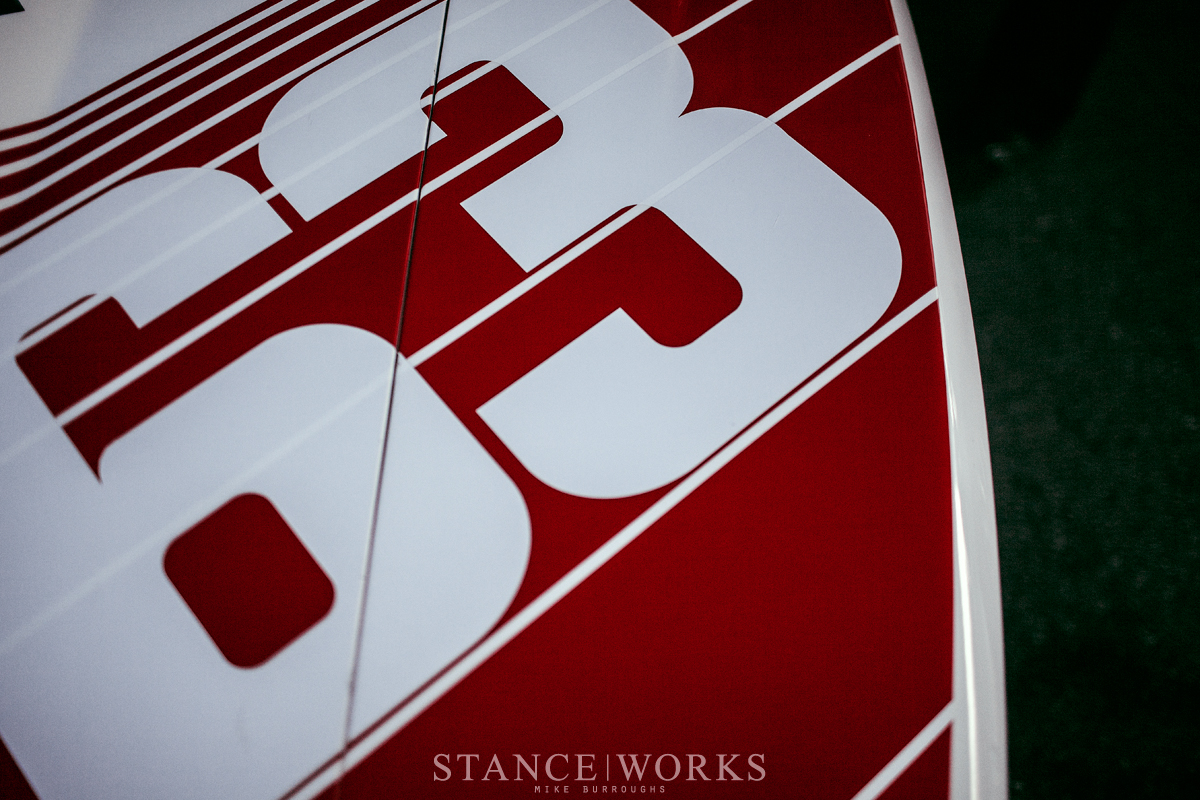 By the third race of the '84 season, the Capris had taken a one-two podium finish, foreshadowing the monumental ass-whooping the Chevys were to receive in the races to come. The Capris, at the hands of Tom Gloy and Greg Pickett, took 1st place in the fourth race of the season too. And then the fifth. The sixth. And the seventh. The Mercury Capris had shown their prowess, and Team Roush Protofab proved a force to be reckoned with. By the end of the season, they had claimed 12 of the season's 18 races, securing a solid margin of victory over the team at Chevrolet. It seemed as though Ford had made the right call by bringing in Jack Roush - Chevy was in serious trouble. 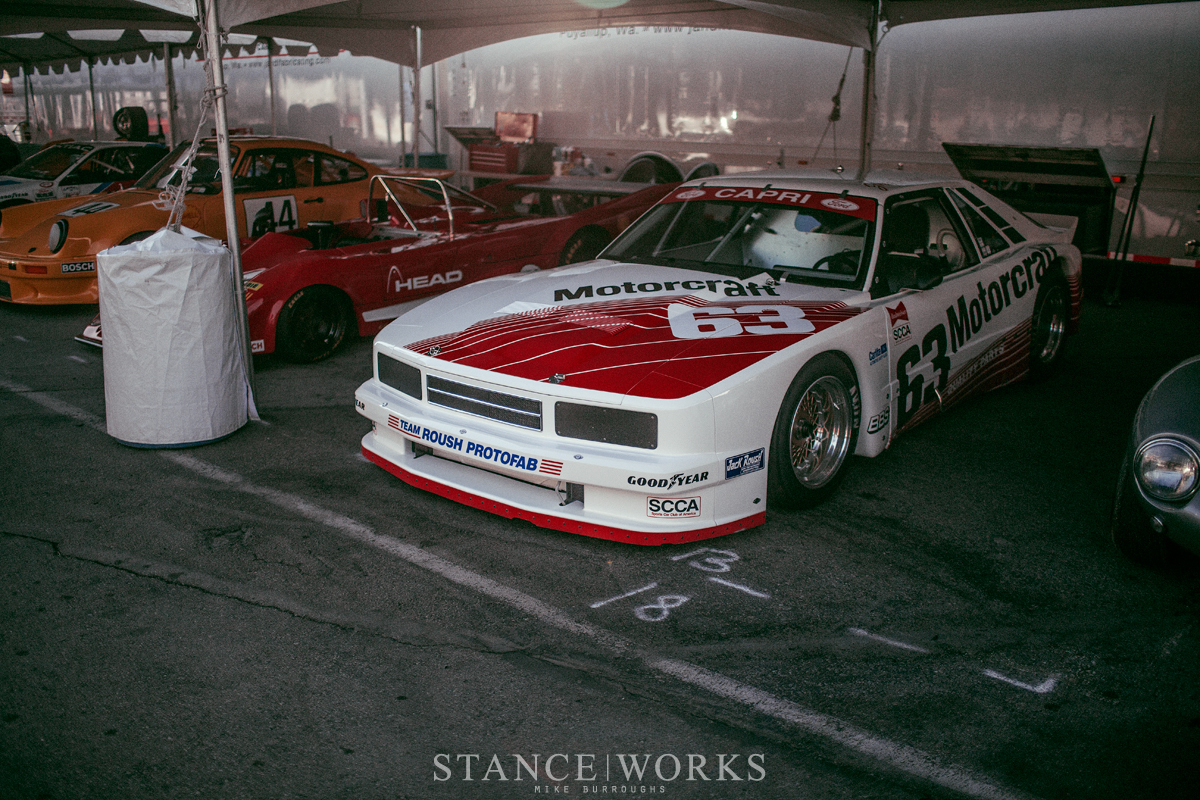 The 1985 season rolled around, and the Roush Protofab paddock was in good spirits, and with good reason. Ford had set out to take Chevy off the map, and the team had accomplished that and more. They had a target on their back for the new season as the team to beat. But, if anyone figured that Roush Protofab was merely winning on a streak of luck, they were dead wrong. If the 1984 season was a display of force, the '85 season was nothing short of excessive. Roush Protofab and the Mercury Capris took home the victory at 13 of 16 races, merciless in contrast even to Chevy's wins two years earlier. 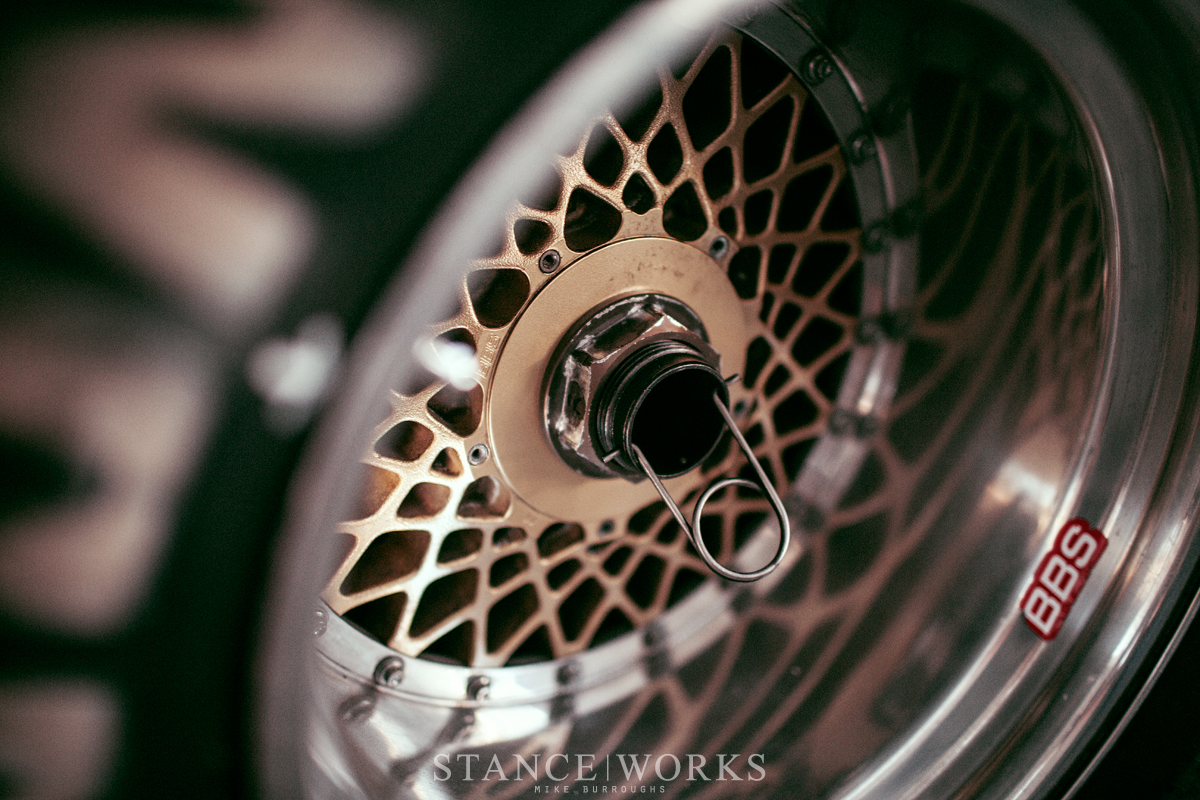 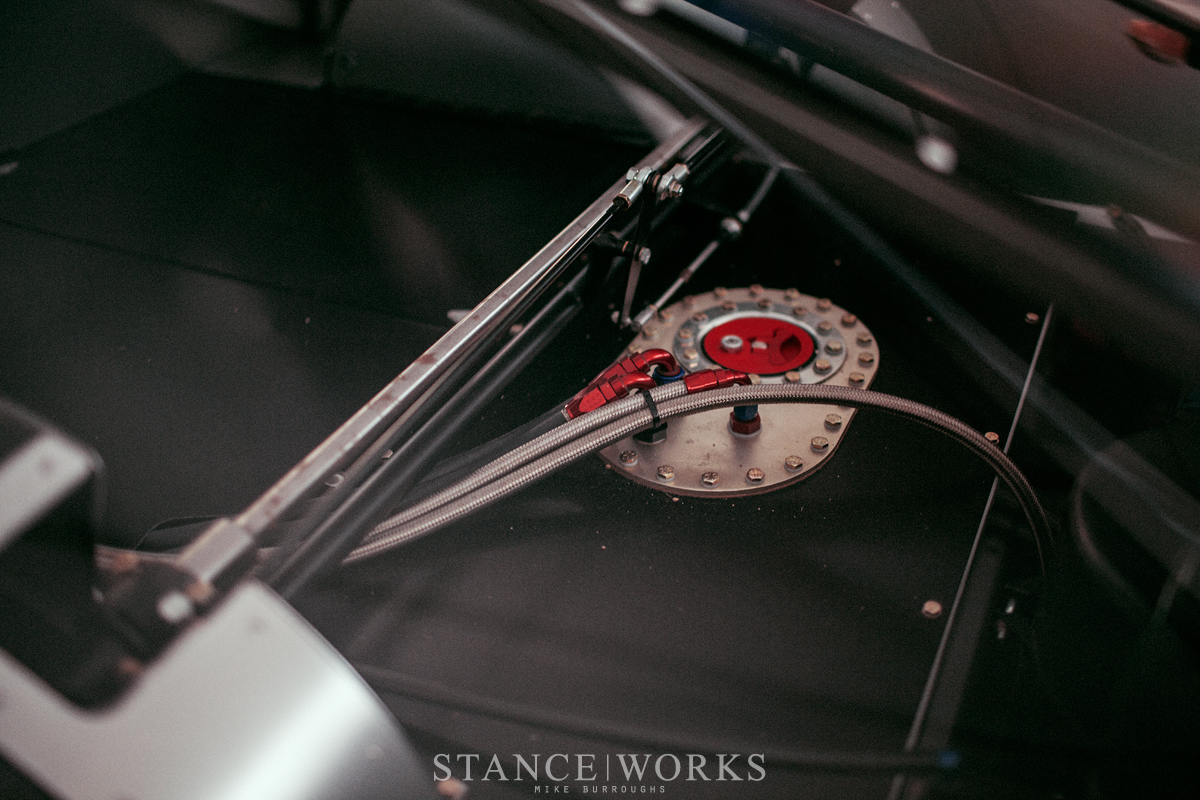 The Mercury Capris were so potent that towards the end of the year, Roush created a Mustang bodied version for competition in IMSA's GTO class, which was nearly identical in rules. So close, in fact, that the very same chassis raced back to back weekends as both the Mercury and the Mustang, dominating both sports in tandem. It was the start of Roush's outright annihilation of any semblance of competition in motorsports. The Roush-built Capris, Mustangs, and the Merkur XR4TIs to follow, domineered on a global scale that has been seen by few before or since. 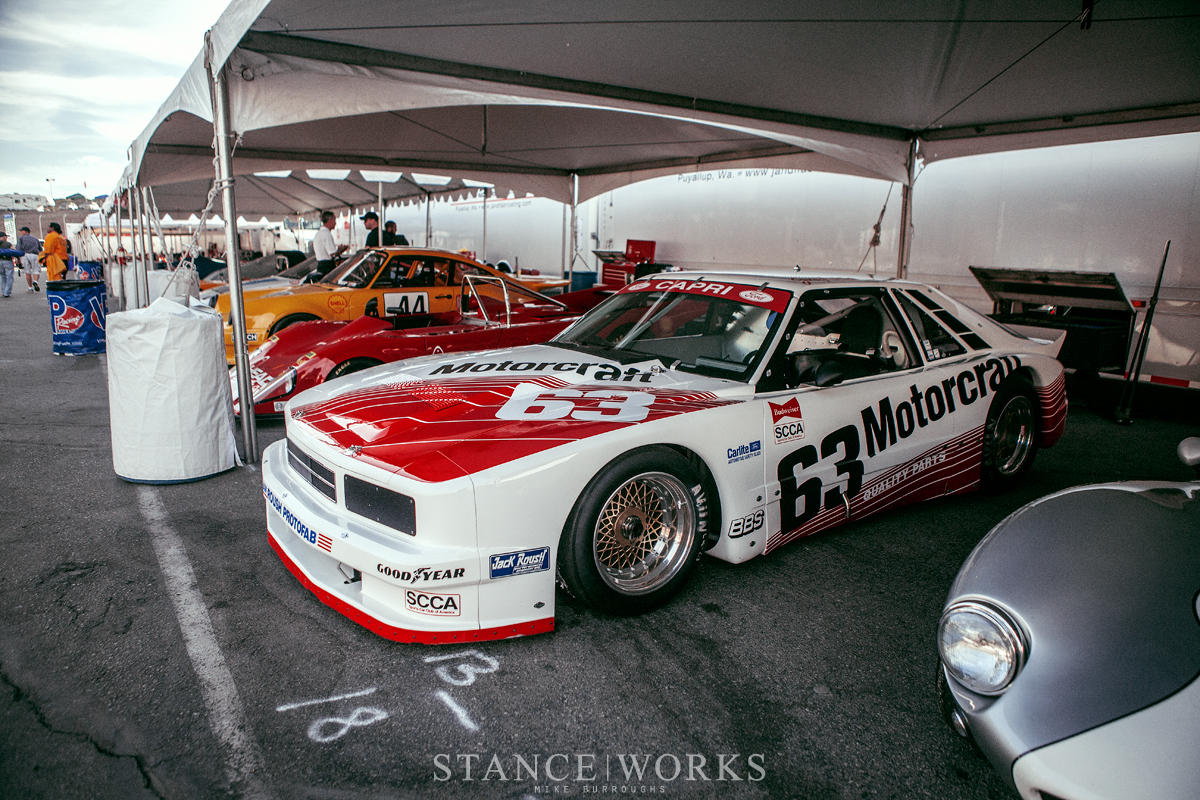 The Roush Protofab Mercury Capris were the catalyst to a legendary era in motorsports, fueled by the fires of rivalry. The Roush team continued to rule the Trans Am series until 1988, using the Merkur XR4TI, worthy of a story all its own. For now, we wait for Ford's return once again, and the new GT looks as promising as ever. Perhaps 2016 will mark the resurgence of a victor - will Ford rule once again? 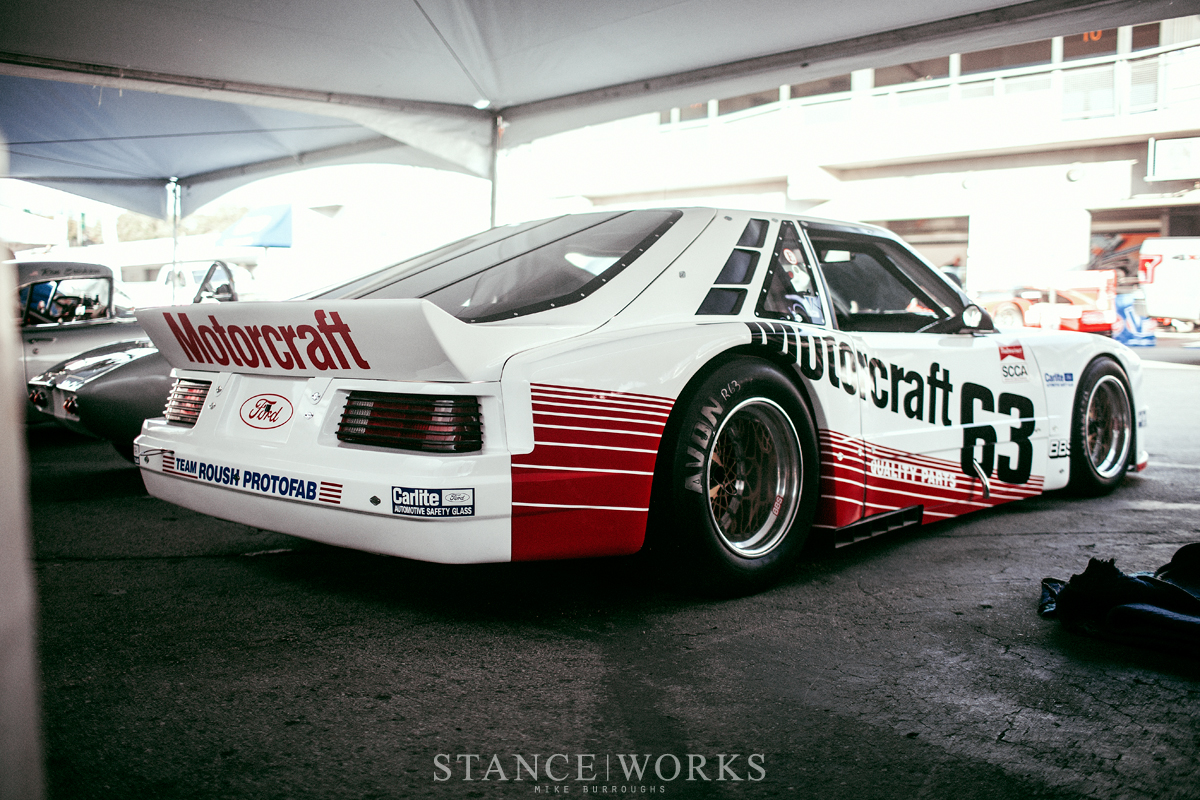