Over the past few years, I've had the opportunity to see a number of spectacular cars in person - cars I've seen in books as a kid, or in photo archives on the web, but never expected to see in person. Rarities, one-offs, concepts, and coach built cars are much of what make Concours shows so special; they often represent a once-in-a-lifetime chance to see some of automotive history's most unique, impressive, or sometimes gaudy cars, ever. After time spent at the Pebble Beach Concours d'Elegance and the Amelia Island Concours d'Elegance, it left one major show remaining in the "triple crown" of the most prestigous car shows in the world: the Italian Concourso d'Eleganza at Villa d'Este. It was there, on the banks of Lake Como, that I saw one of the most personally captivating cars to date. 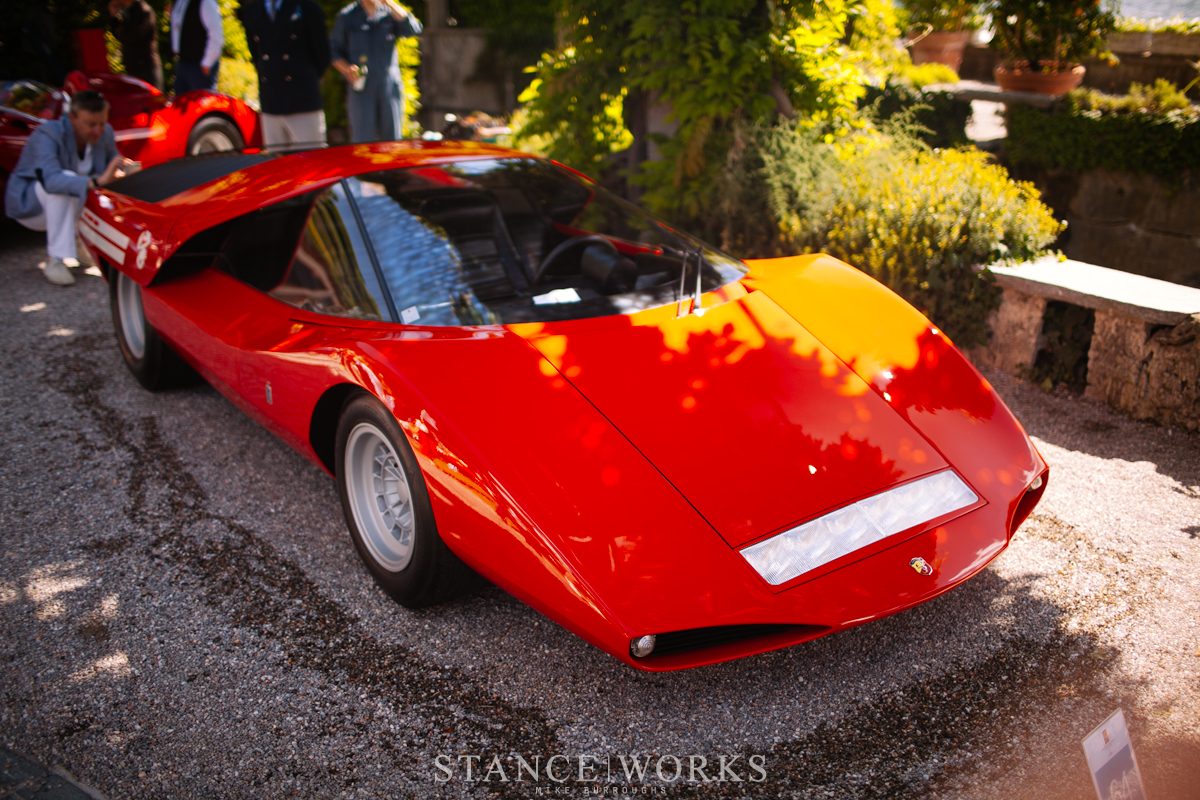 I have a soft spot for exotic, wedge-shaped masterfully-penned concepts. The 1972 BMW Turbo concept springs to mind, as does the Dome Zero, the Holden Hurricane RD001, the Lancia Statos, and the Porsche Taprio. It's hard to decide whether their aesthetics captivate me with true beauty, or create an awkward sense of attraction - a forbidden fruit as a result of the "dark ages" of '60s, '70s, and '80s design. They are unique in their styling, alone in a world of their own, frozen in time. It seems as though, if only briefly, the automotive design world expected things to change drastically in the direction of chisel-shaped, light-weight coupes.

As a result, decades on, we are left with a selection of cars that have truly created their own segment in automotive history; each marque seems to have given a nod to the genre in one form or another, with some even moving these pseudo-iconic machines into production, such as the Lotus Esprit, the Delorean, and the Lamborghini Countach. An example that stands out, however, is this one... 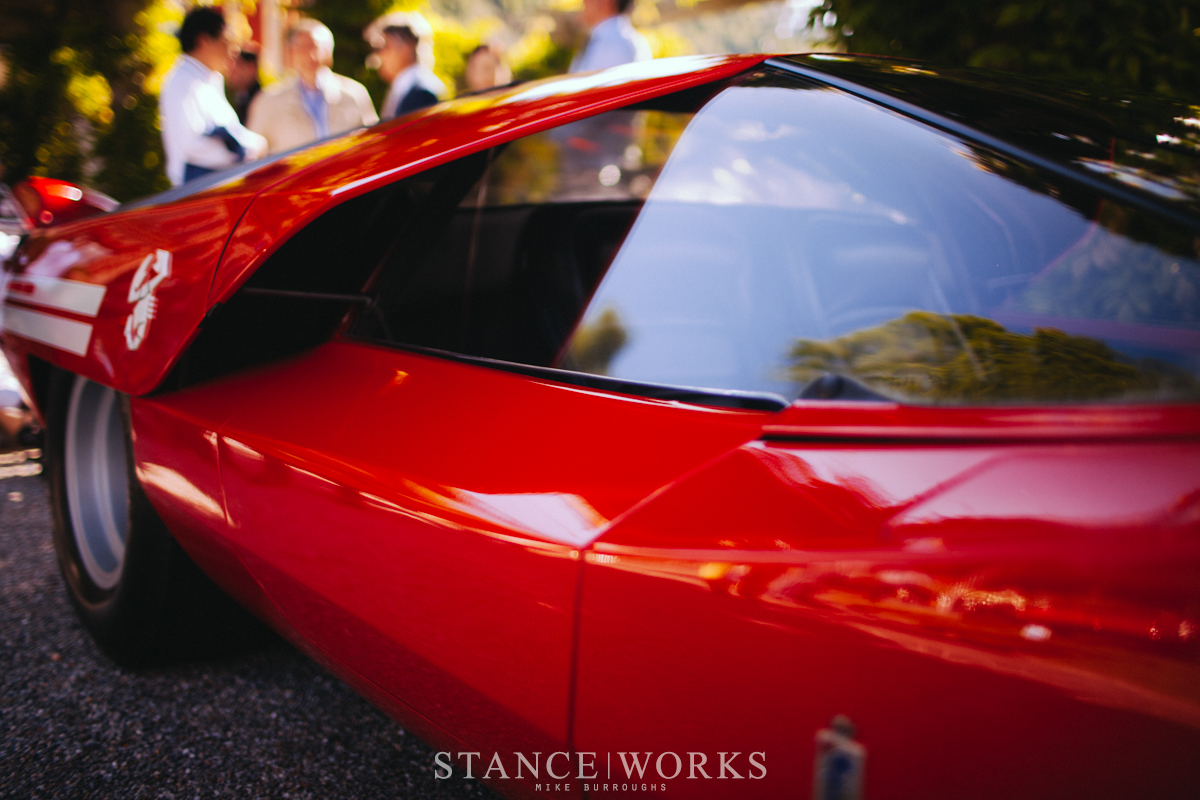 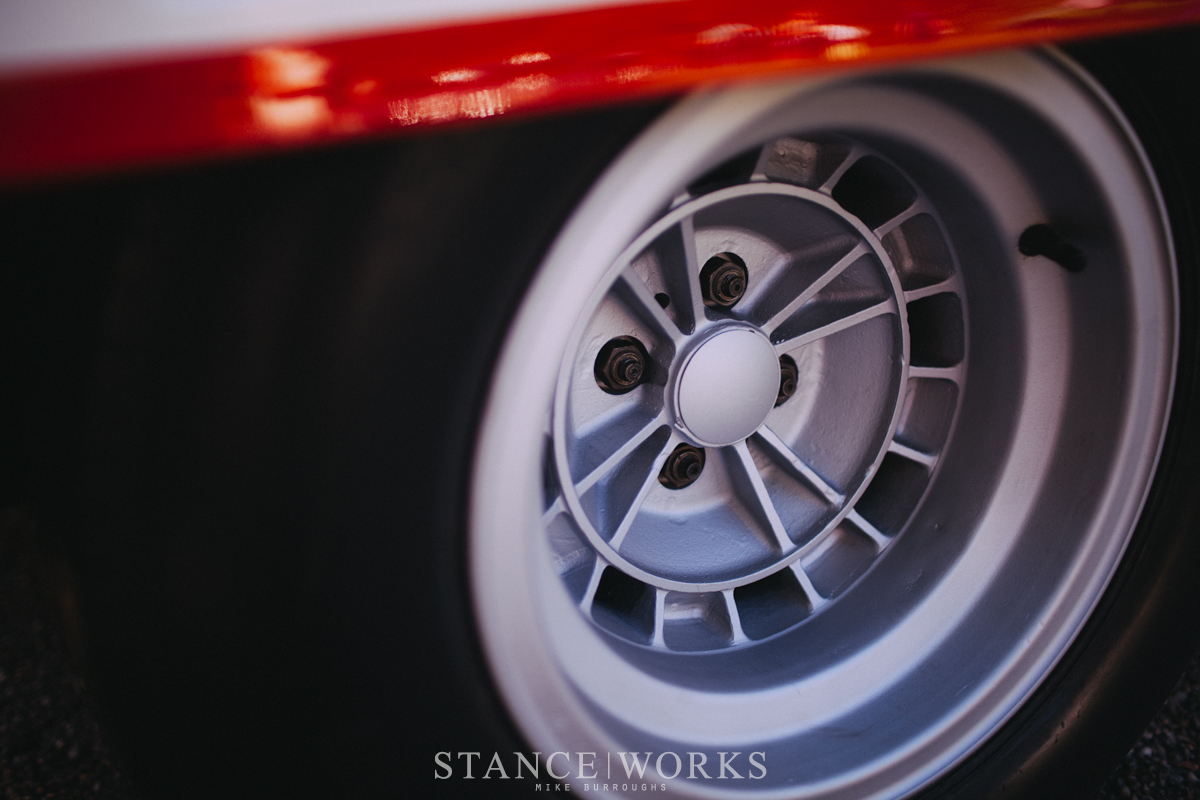 In 1969, the minds at Abarth and Pininfarina joined together to contribute their own design to the newly-established aesthetically inclined genre. The result was the Abarth 2000 Scorpione - one of the most enthralling and alluring designs to stem from the era. With a 180-degree pillarless cockpit, retracting headlights, a glass engine canopy, and an open tail end allowing for voyeuristic automotive upskirting, the Abarth 2000 is one of a kind. The body lines twist and dance, finding their way from nose to tail in an unorthodox path, yet adhering to an established design language. The 2000 breaks all the right rules, establishing it as one of the best, for me, of 2014's Concorso d'Eleganza. 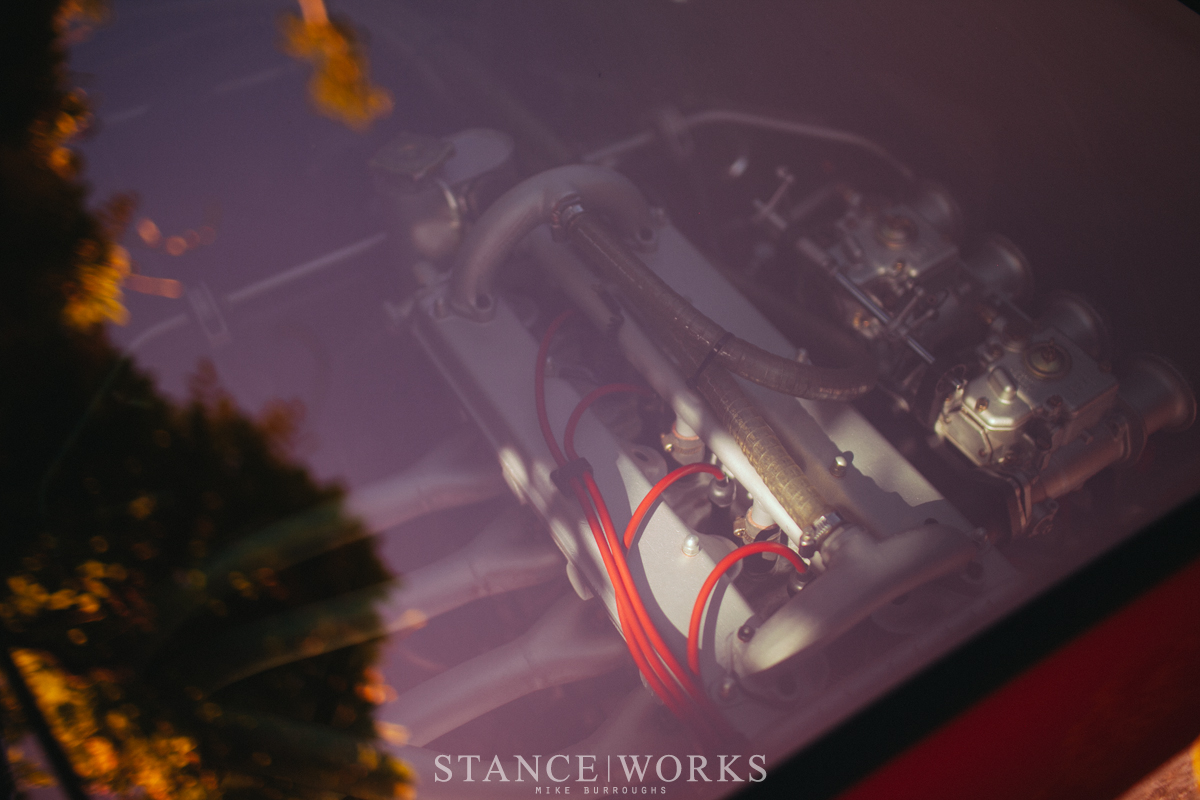 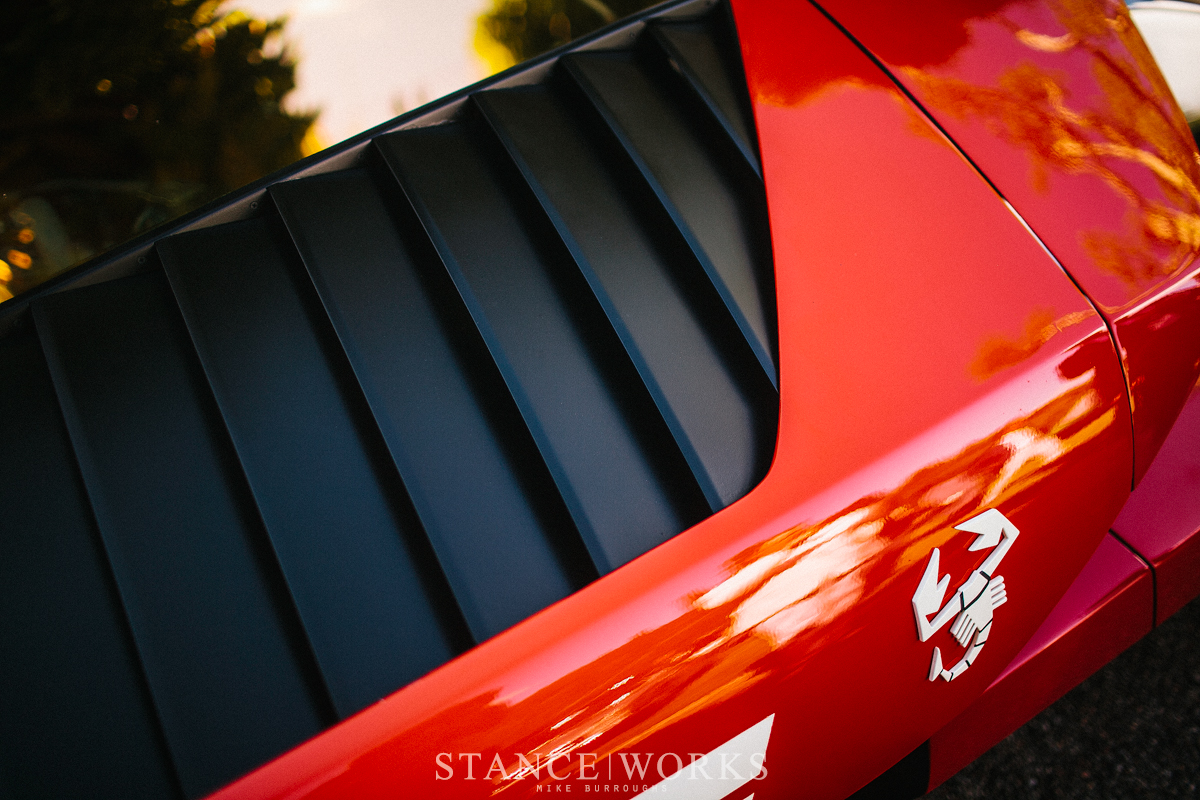 The 2000 earns its name from the obvious. Underneath the sprawling rear glass lies an Abarth-built Fiat engine; however, many might say it is missing more than a few cylinders. Where one might expect to find a V12, V10 or V8, they'll be surprised to find not even six cylinders. Instead, just 2,000 cubic centimeters - 2.0 liters - fill out the displacement of an inline-four. Pumping out 220 horsepower, it's extremely high-strung, especially given the era, but its hardly the heart of a "supercar." Although, with just four cylinders to haul around, the car's weight is staggeringly low; just shy of 1,500 pounds. With such a low weight, and equally low drag, the car could climb to an impressive, albeit supposed 175mph. 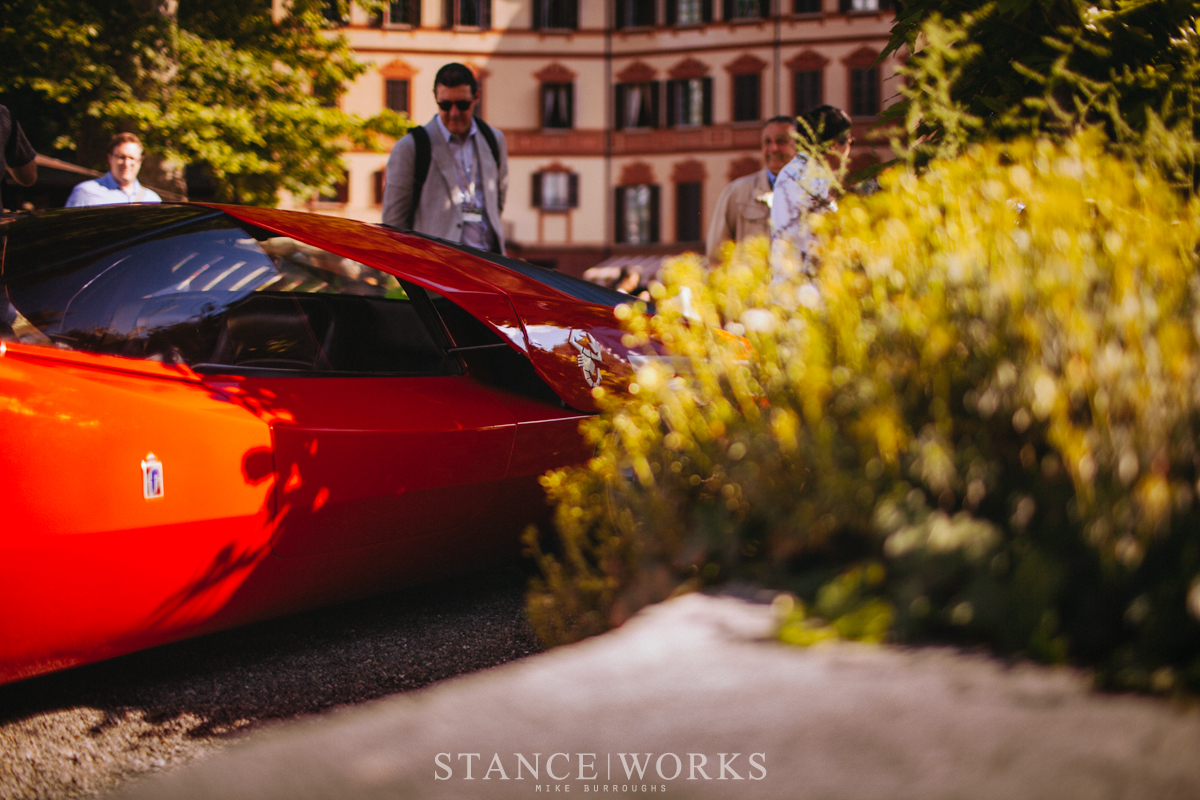 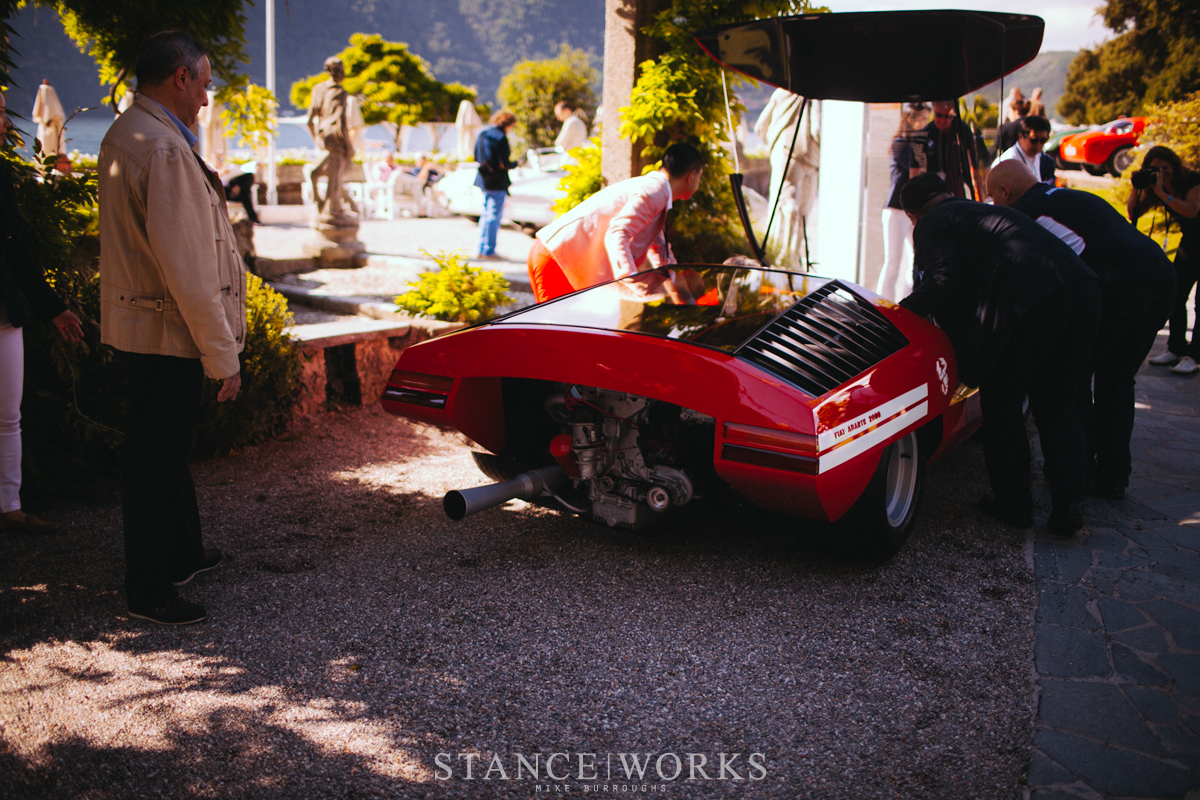 The car now resides with Shiro Kosaka's world-renowned Abarth collection in Japan. As the story goes, Kosaka was keen on acquiring the car, but Fiat refused to sell it. That is, unless Kosaka were willing to open a museum. Kosaka's response was the only one fit for a wealthy car collector: he opened the Gallery Abarth near Yamanaka Lake. Whether it was purely to acquire the 2000 is up for debate, but I would be hard pressed to blame him. 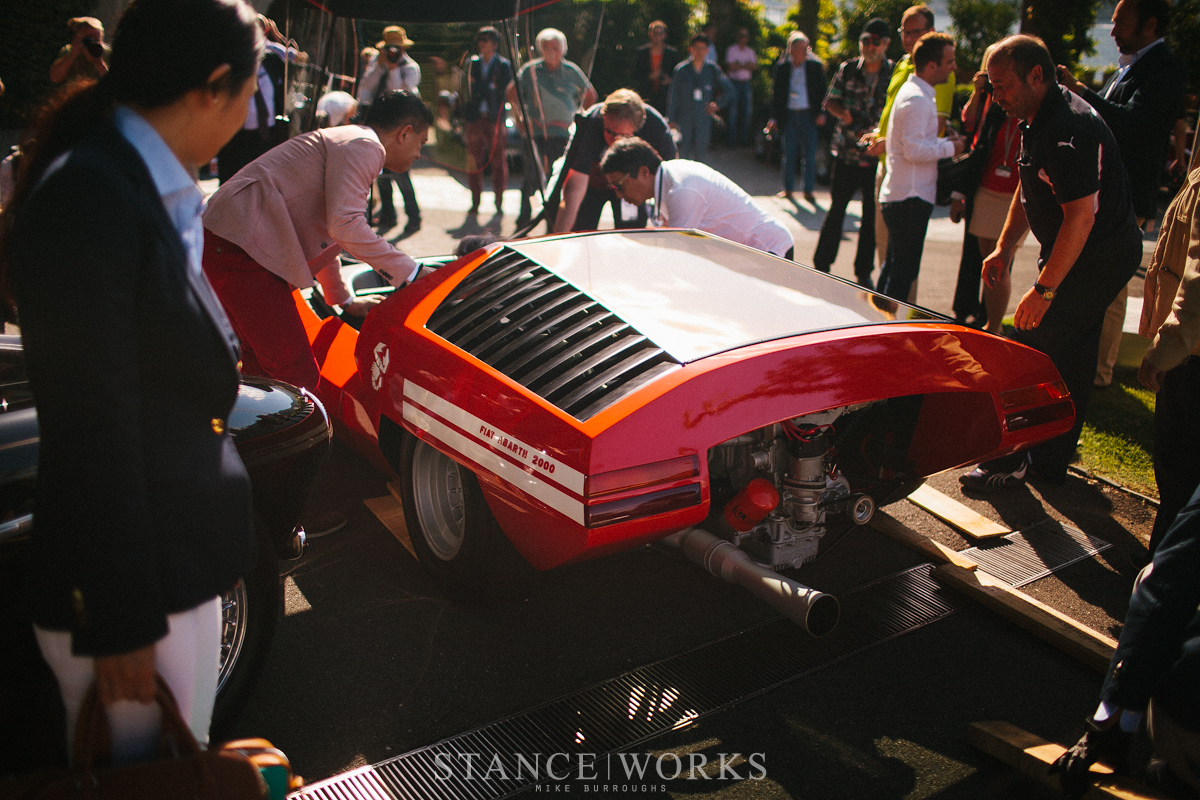 It is thanks to BMW, and their participation as the primary sponsor of the Concorso d'Eleganza Villa d'Este, that I was even given the chance to see such a rarity. There is entirely the possibility that I may never see the car again. Luckily, in its place next year, there's sure to be something just as special, and I'll be just as eager to share. 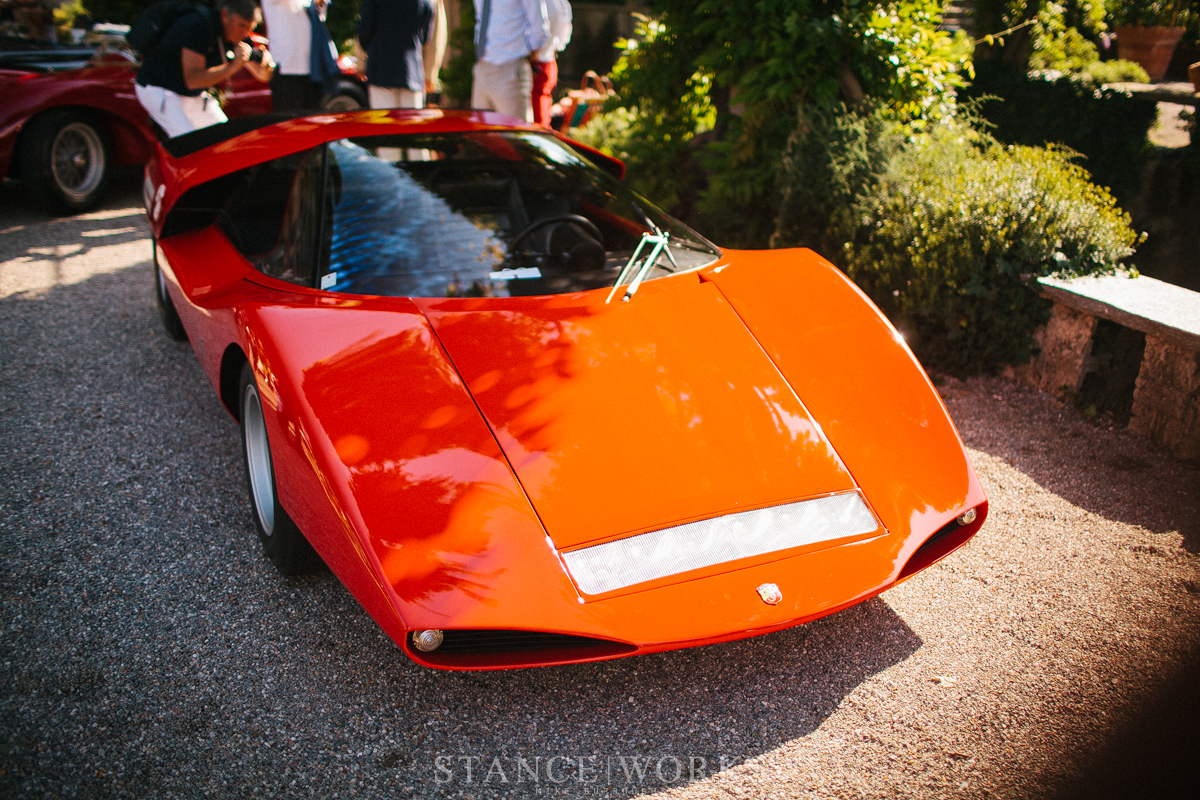