Ultimate Dubs: The first big show of the UK season. The target set by all to complete winter builds. The revealing of traders latest product lines. The weekend long partying. The start of car show season. 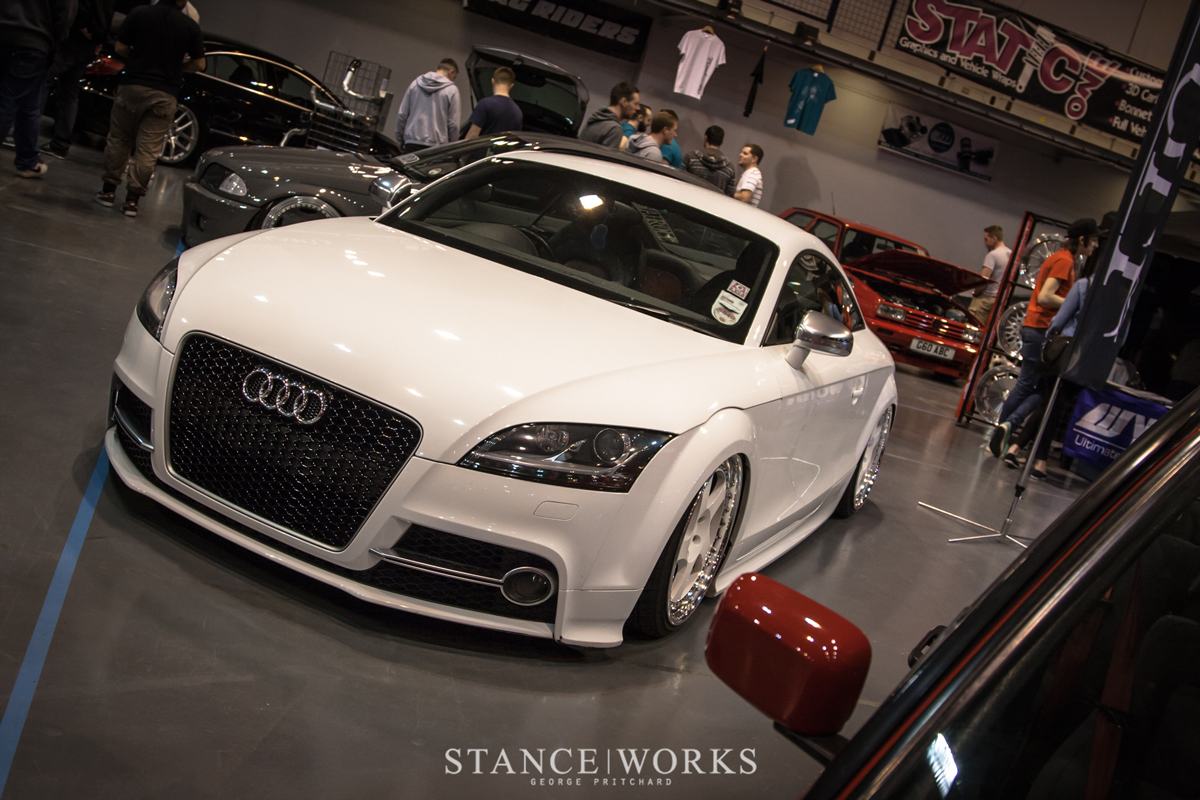 This was the first year that I had managed to attend Ultimate Dubs - I do not live far from the venue, so I had no excuses, really. Having not owned a Volkswagen previously is about the best I can come up with. I had never understood the urge to complete your car for this date; the show, held in Telford’s International Centre, is always a busy weekend. Set inside the exhibition halls it is one of the largest indoor shows the United Kingdom has to offer. Last year this was paramount, as the pouring rain left punters pushing to get in. This year, however, the weather fell nicely: a gloriously sunny day, one of the first of the year. 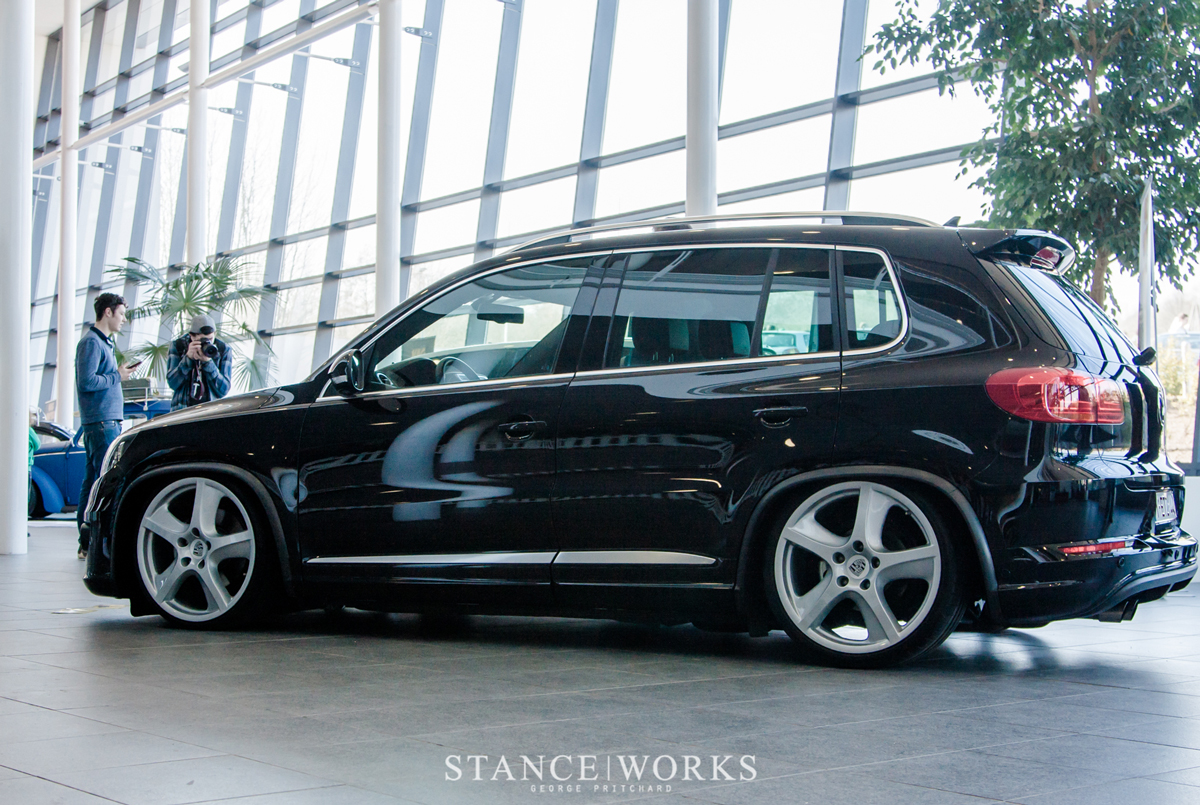 Ultimate Dubs starts the weekend off on the Saturday where those attending can load up their cars inside, giving them the opportunity for a final spit and polish, and for the first time this year, the show opened to the public in the evening. Pictures from the event started to flow through the social media channels later that night - previous teasers of #udprep on Instagram were unveiled slowly. The colours masked with black-and-white filters were on full display, the wheels shining brightly. The 2-day event is seen by most as the opportunity to catch up with friends. Hotels surrounding the venue are booked up months in advance in anticipation of an eventful night with the bars hit hard for most. 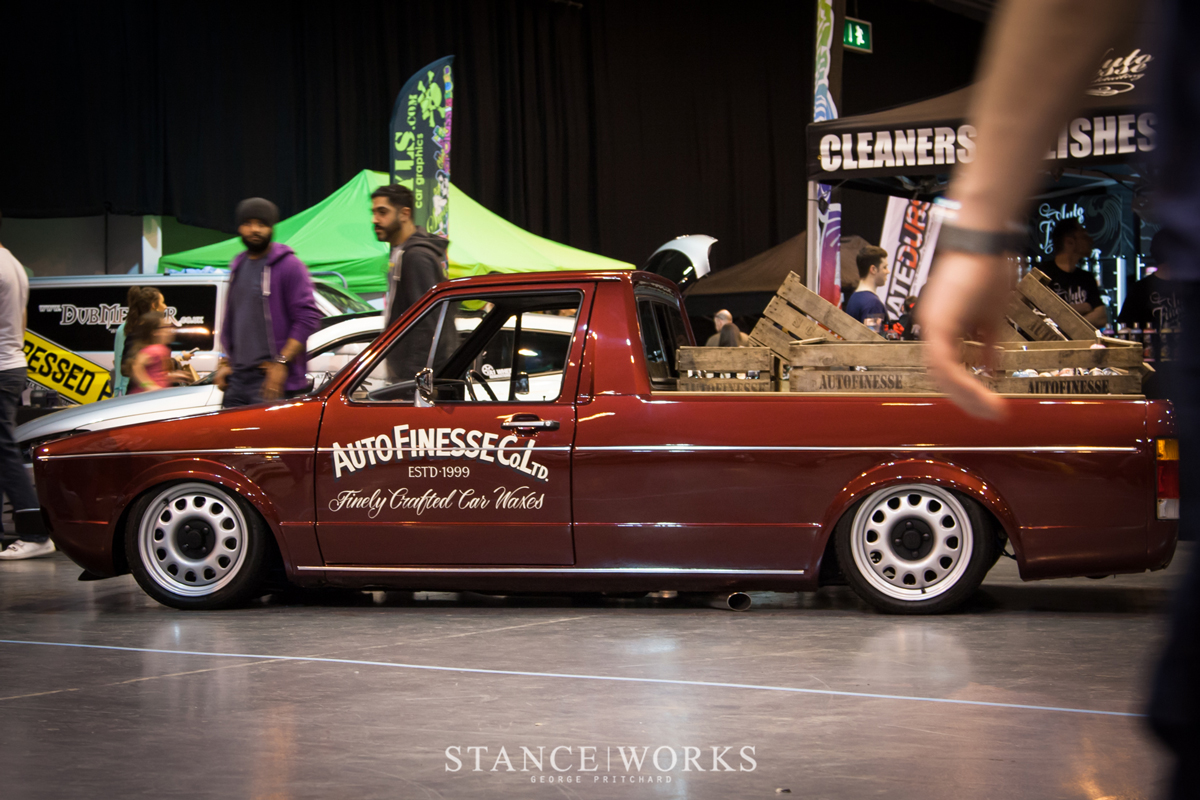 Arriving on the Sunday morning myself however, the queue for the public car park was relentless, all day nonetheless. By 9.30am it was already one-in, one-out. The sunshine had brought people out from all corners of the country. Volkswagen, Audi, Seat and Skoda enthusiasts piled into the car park. Unsurprisingly, with most of the automotive scene it was hard for the event to lock down to these particular marques. Although it has been a predominately VAG show, the car park was speckled with other German, Japanese and European vehicles. The brand of a car not limiting, the relationships built upon in past years comes through as the top priority. Some caused a stir, some went unnoticed and some gained more attention. 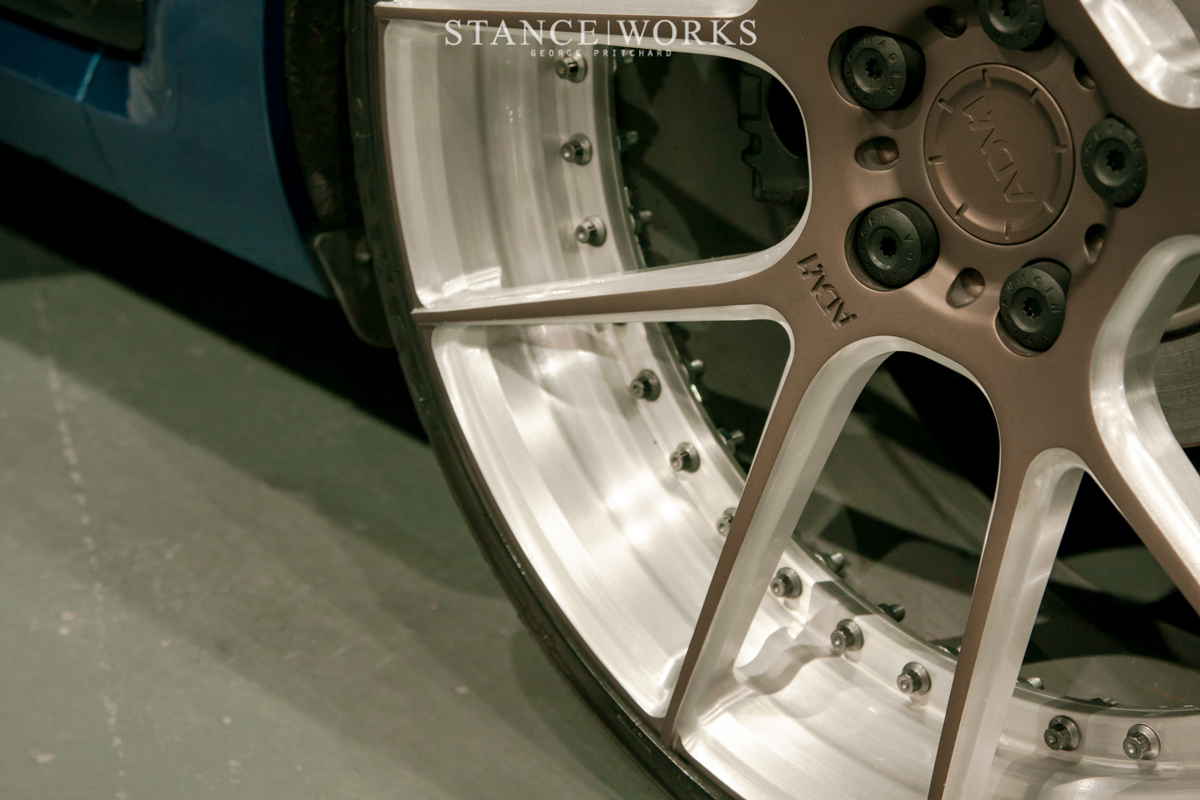 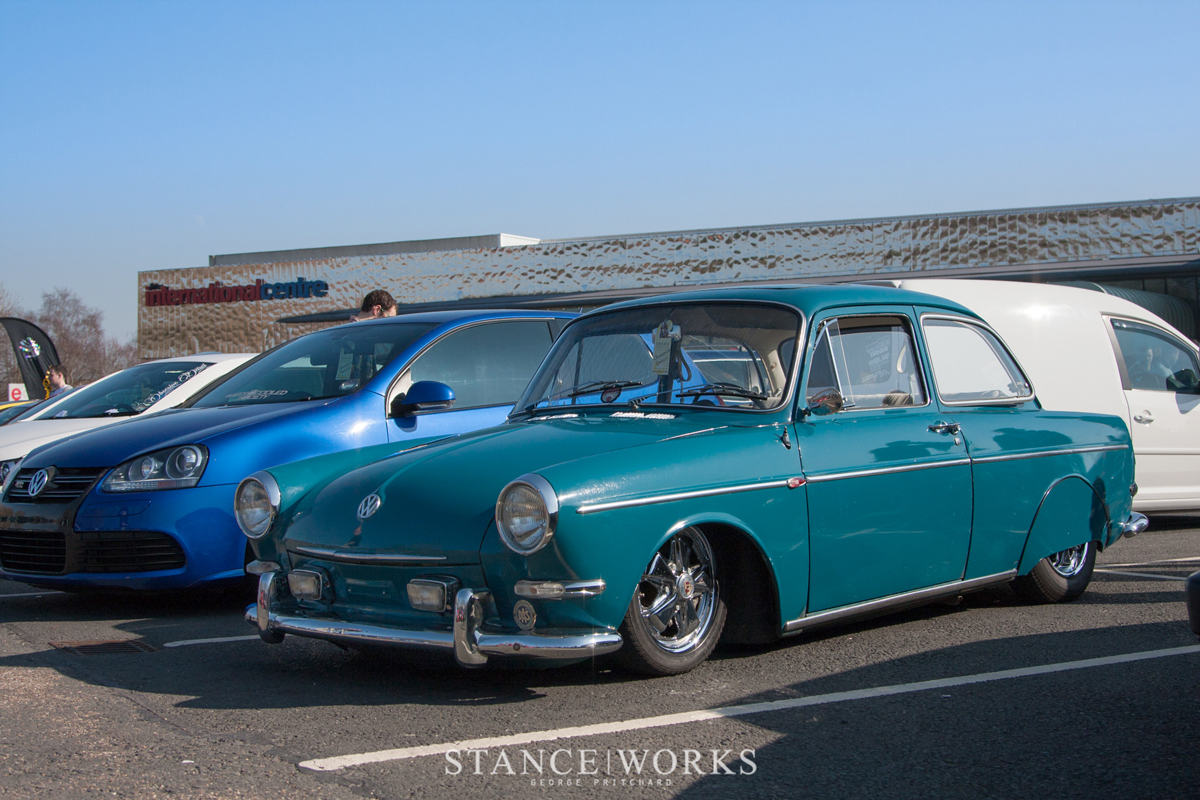 I decided I should start my visit to the show in the car park for those reasons. Walking around, I started to see the familiar faces, each time stopping for a quick catch up, whilst always hunting for the little gems you find dotted around out of the main eye of the public. One of these was Harv’s old VW camper, previously featured on Stance|Works. The new owner Rob has taken the split screen to a new level: lower. Harvey had always said that he would love to set the truck down more, but saw the chance to move onwards and passed the car on for someone else. Thankfully Rob had a similar vision and has created something to be truly proud of. 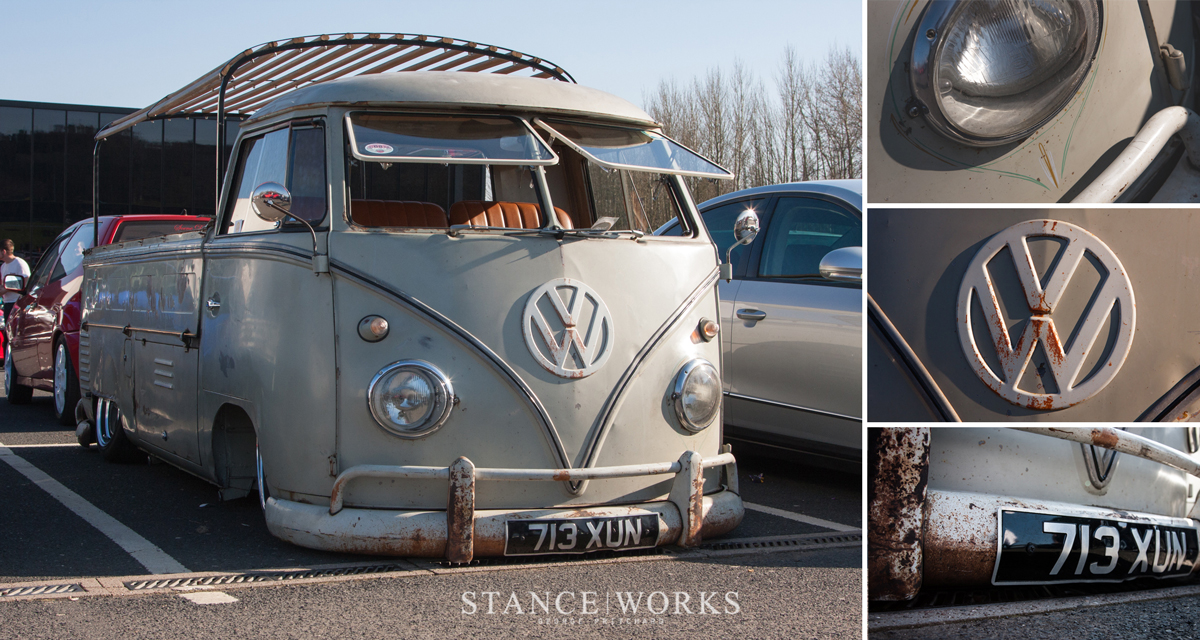 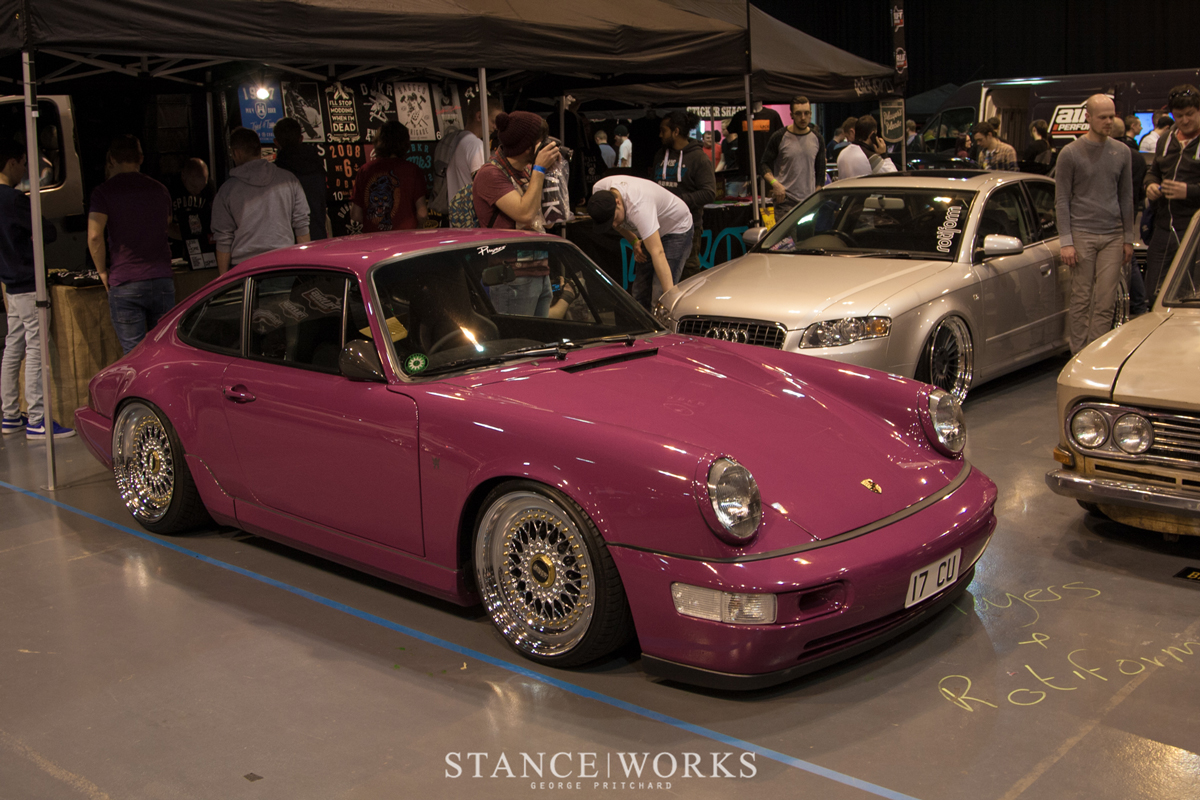 These were newer cars though, personally I prefer a classic, more fittingly, a Bavarian classic. The red E30 Touring, sitting slightly lower on an immaculate set of Alpina alloys definitely fitted the bill. The car looked fresh off the production line, the owner has a car to cherish there. More classics lined the outskirts of the parking area; Beetles and this Type 3 Volkswagen stood between the newest crop to leave the factories. 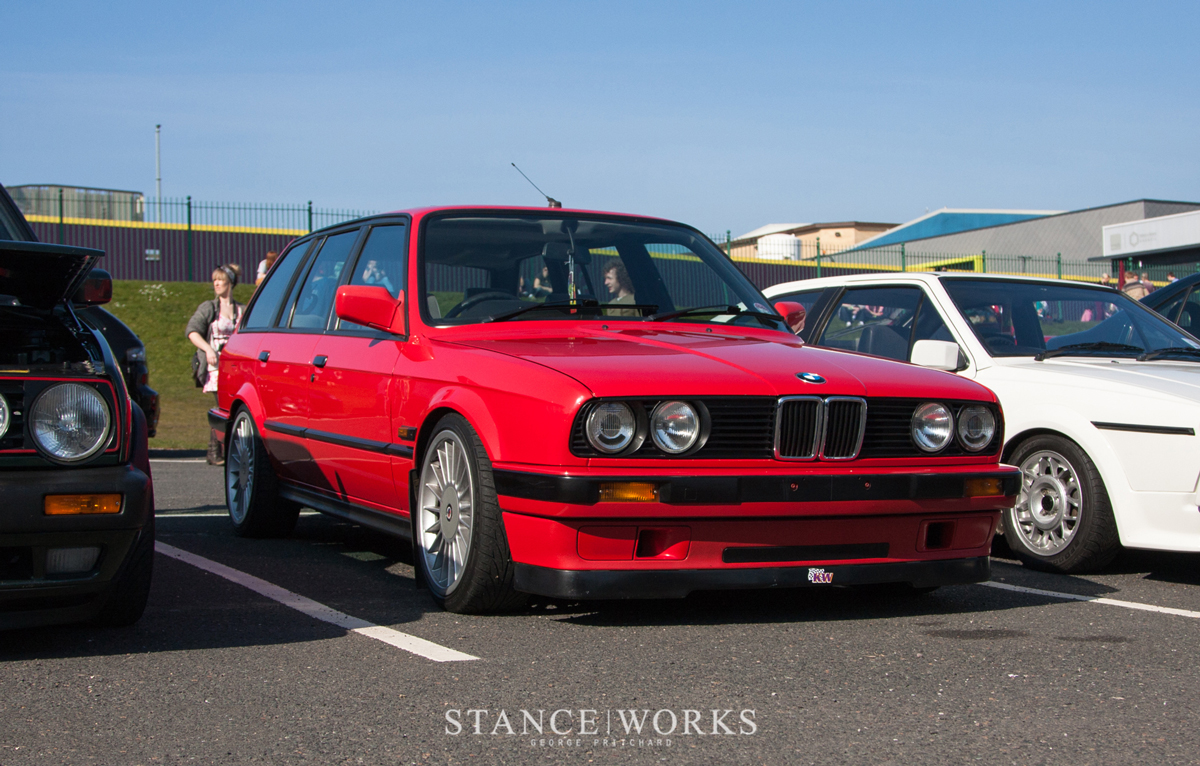 Exhausting the car park it was time to head indoors, where the big builds started to appear from the moment you set foot inside. Laid straight ahead in the hallway a line of cars on the PVW trade stand, and on the walkway around to the ticket desk remarkably well kept cars from some of the European attendees. 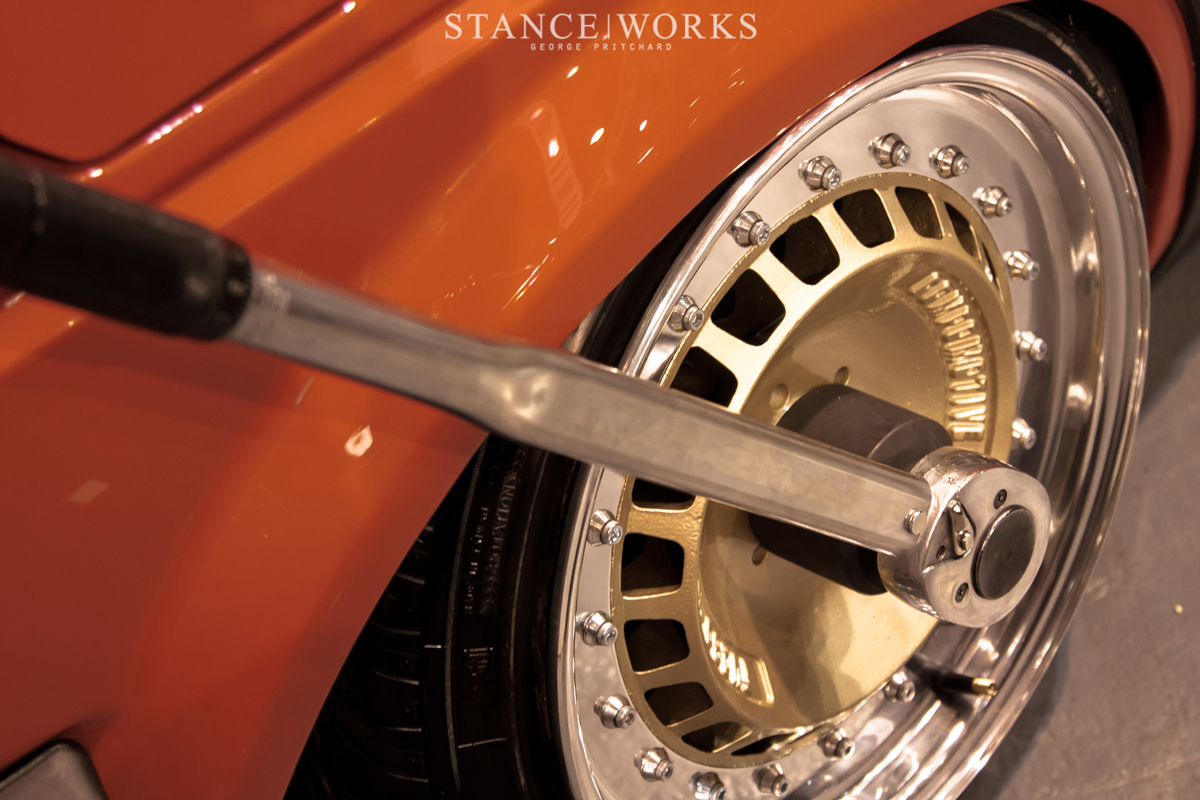 Tickets purchased, wristband adorned and into the main exhibition halls I went. First stop, the Rollhard stand. Ultimate Dubs was more than just showing their cars, see Elmo’s TT making its last outing on Rotiform TMBs and Dan Taylor’s first show in his home-built E46, with its complementary OZ Breyton alloys, it was a chance to display publicise the news of becoming the UK suppliers of Work Wheels. This is fantastic for everyone in the UK with the new range of Seeker alloys coming in sizes 16-18” and the old and well-loved Meisters. 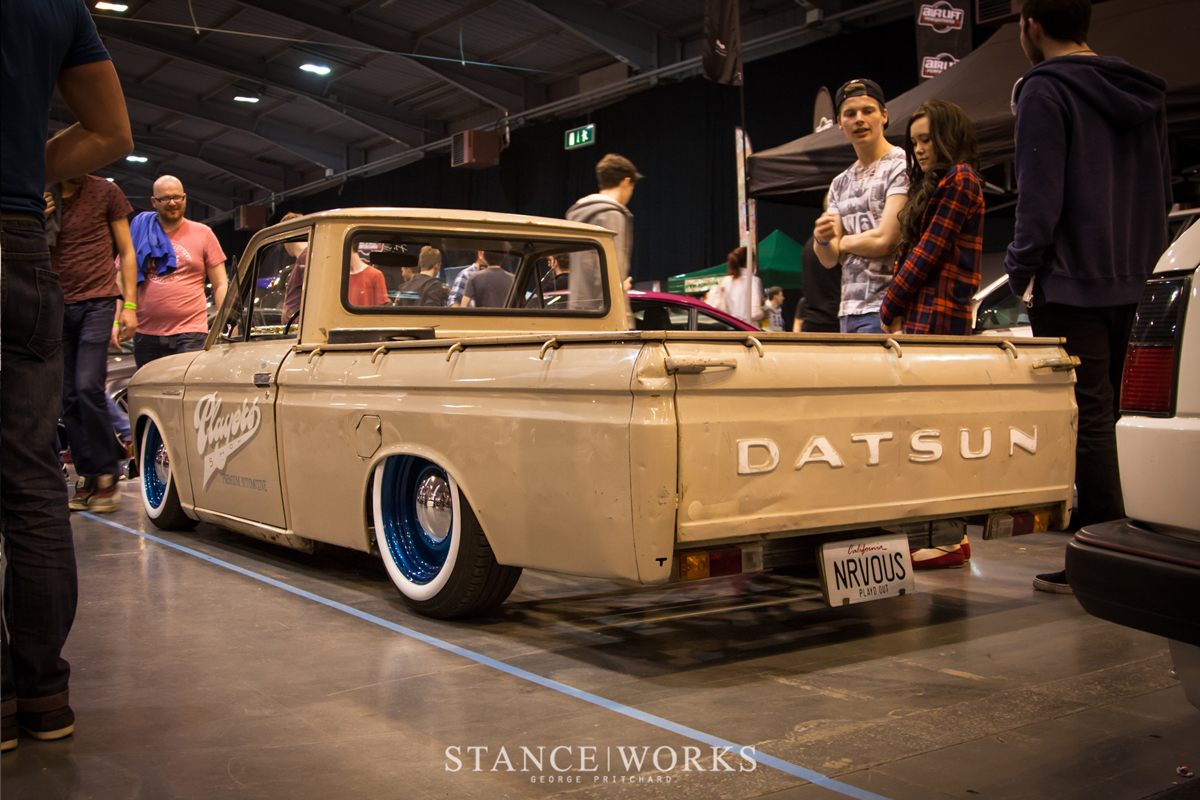 Starting to make my way around the trade stands it became apparent why so many people love this show. With so many cars being unveiled at once you start to miss things. The guys at Players, always liking to cause a bit of controversy decided not to bring a trademark Audi avant, but this time around, with the help of Mat at Balls’d, showed off their new Datsun. With a 6-week turnaround, they have transformed a once tired looking 1966 Datsun 520 mini truck in to quite a show stopper. To most it may not be fully appreciated the work it takes to get a truck on the floor like this. Fitting a set of off-the-shelf air bags and a new set of wheels doesn’t quite cut it on old trucks. Opting to leave the chassis on show you can see the custom fabrication that had to take place to achieve this, chassis rails sitting millimetres from the ground. Still with its original paintwork thanks to The Paint Box I am sure that over the rest the year Jay and Carl will have more plans for the #Playdat. This looks like it is just the beginning. 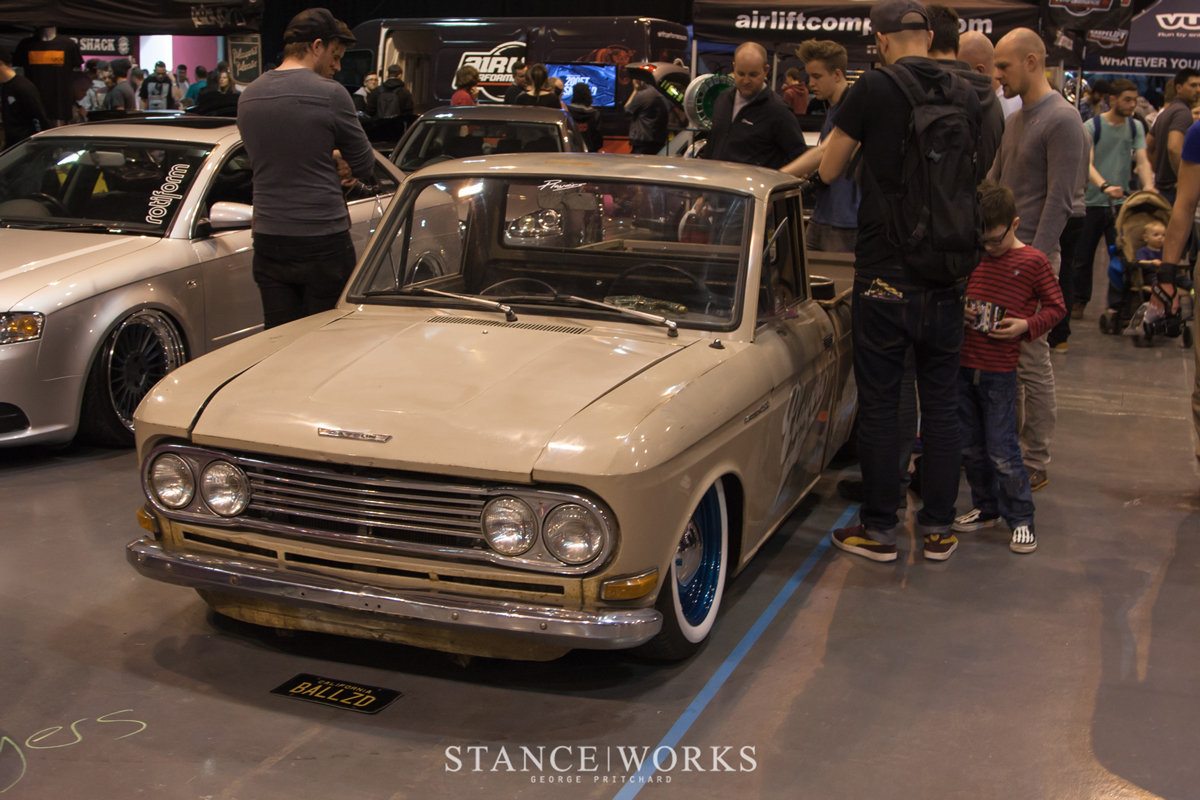 Another car that was hard to ignore was the Design4Automotive E63. Wrapped in a bold yellow with contrasting Rotiform OZTs, this is a Mercedes that gathers a lot of attention. A replacement for Shiv’s Liberty Walk M3, also at the show with the new owners StudioInCar, the Benz was hard to miss. 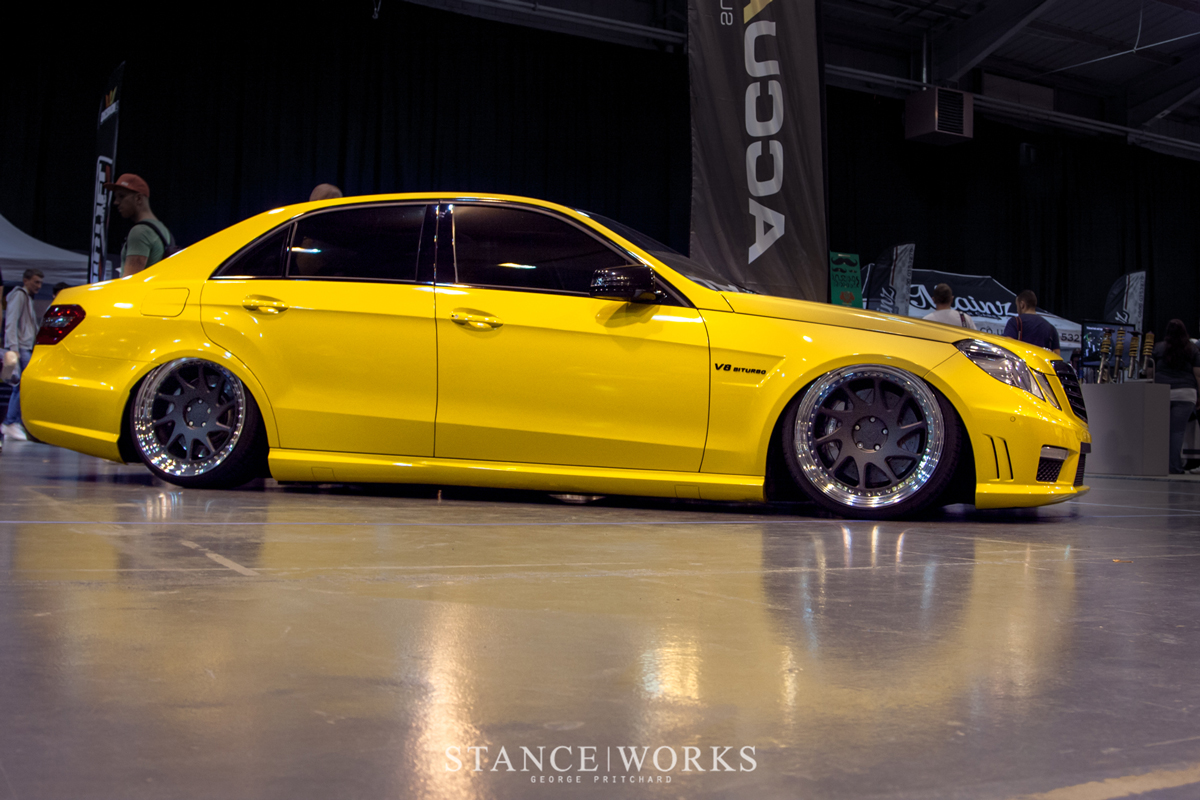 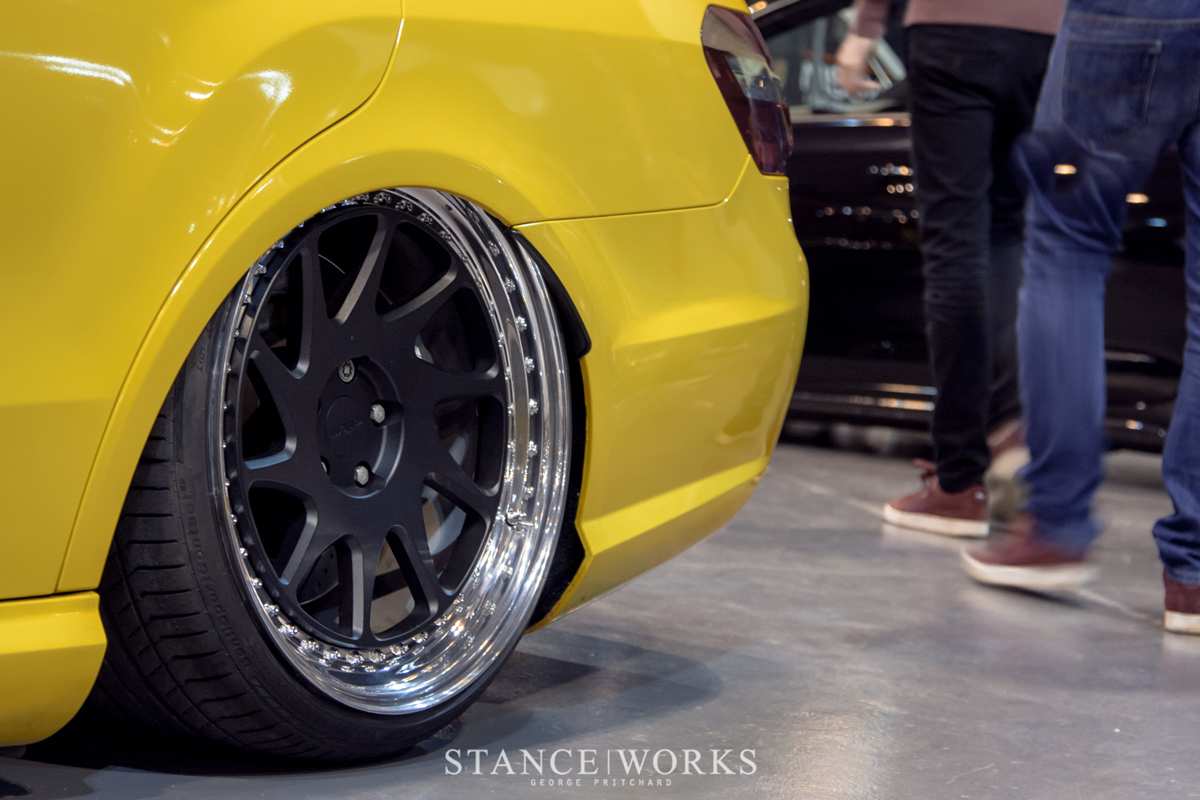 I go back to StudioInCar for a moment though. Along with the Liberty Walk M3, in its new black and white guise, there sat an E30 M3; resprayed in a bright orange, project ‘Purist’. The closer you got to this M3 the more secrets you begin to notice. Starting from the back end the car has the number plate ‘PUR35T’, to most M3 owners and BMW fans alike, this would suit the car, the E30 M3 is one of the automotive gods in the eyes of a number of people. Then you start to notice that the 4-cylinder S14 engine appeared to be missing in favour of an S54 from the E46 M3. 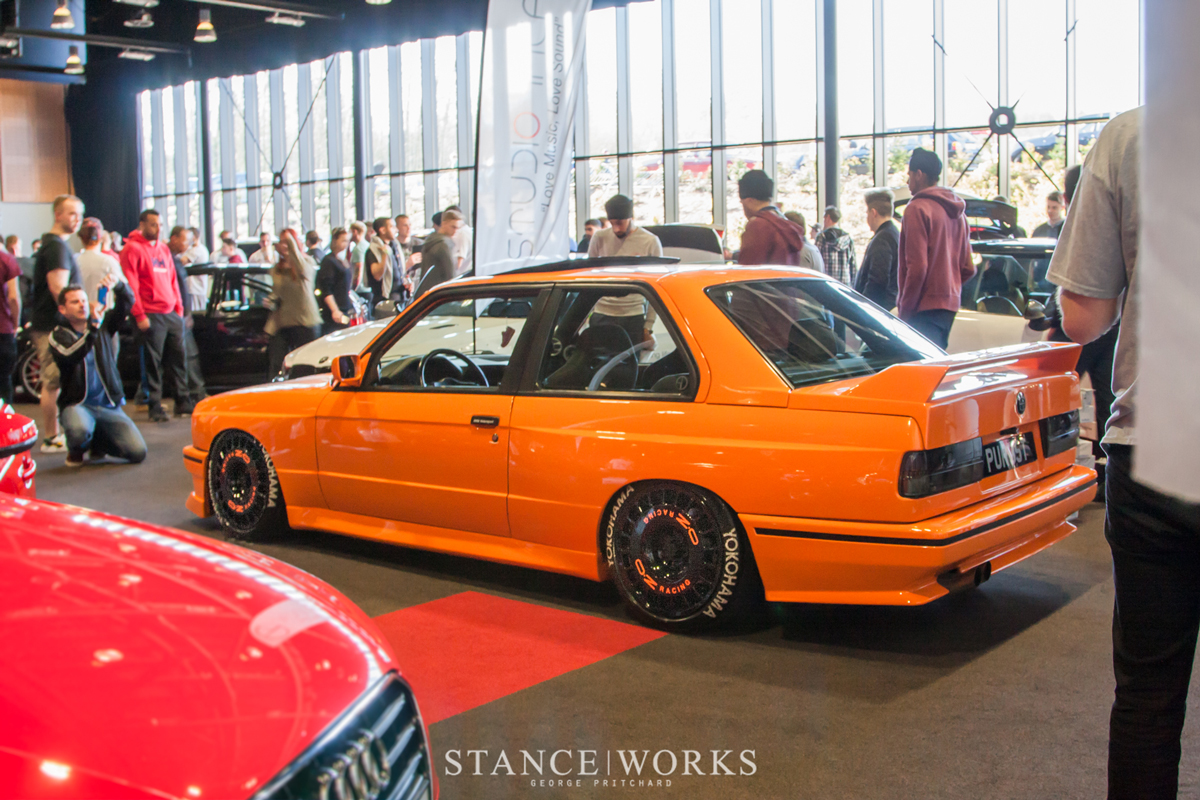 You then start to notice the OZ Racing wheels seem to fit nicely in the arches. Maybe a little too nice… The big secret project Purist hides is the installation of an Airlift V2 kit. A bagged E30 M3. I did not think this day would come. As the owner of a bagged E24 myself, I have felt the upset of the purists out there first hand. Nick Singh Sahota’s M3 is a two-fingered solute to those. A game-changing vehicle. Unsure of my feelings when I first heard this was on display, seeing it up close you can really understand the reasoning. It is a work of art. A beautiful combination of form and function. 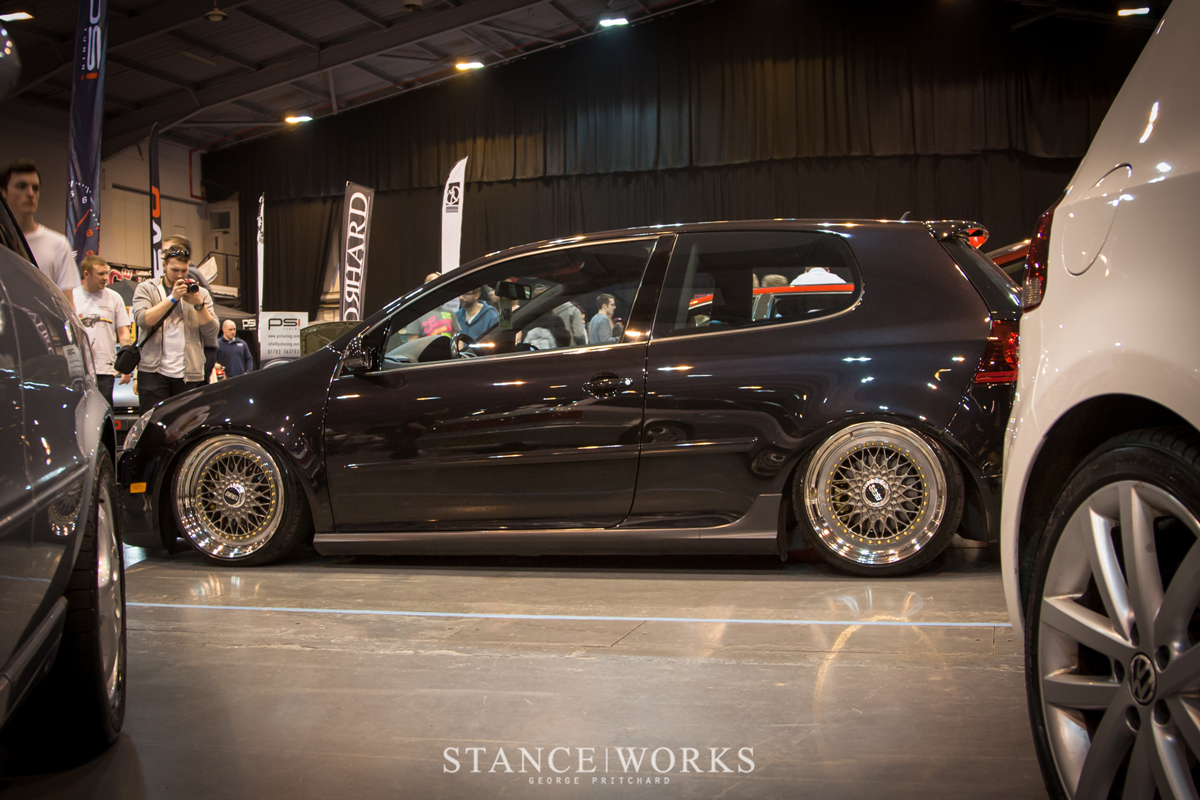 Meandering back around the show it was time to be reminded that this was after all Ultimate Dubs, a car show for VAG vehicles. The carpeted room with the M3 shared space with this beautiful Belgian Mk1 Sirocco, a spotless blue VW Camper and the G23 Engineering Caddy, with its custom manufactured alloys. 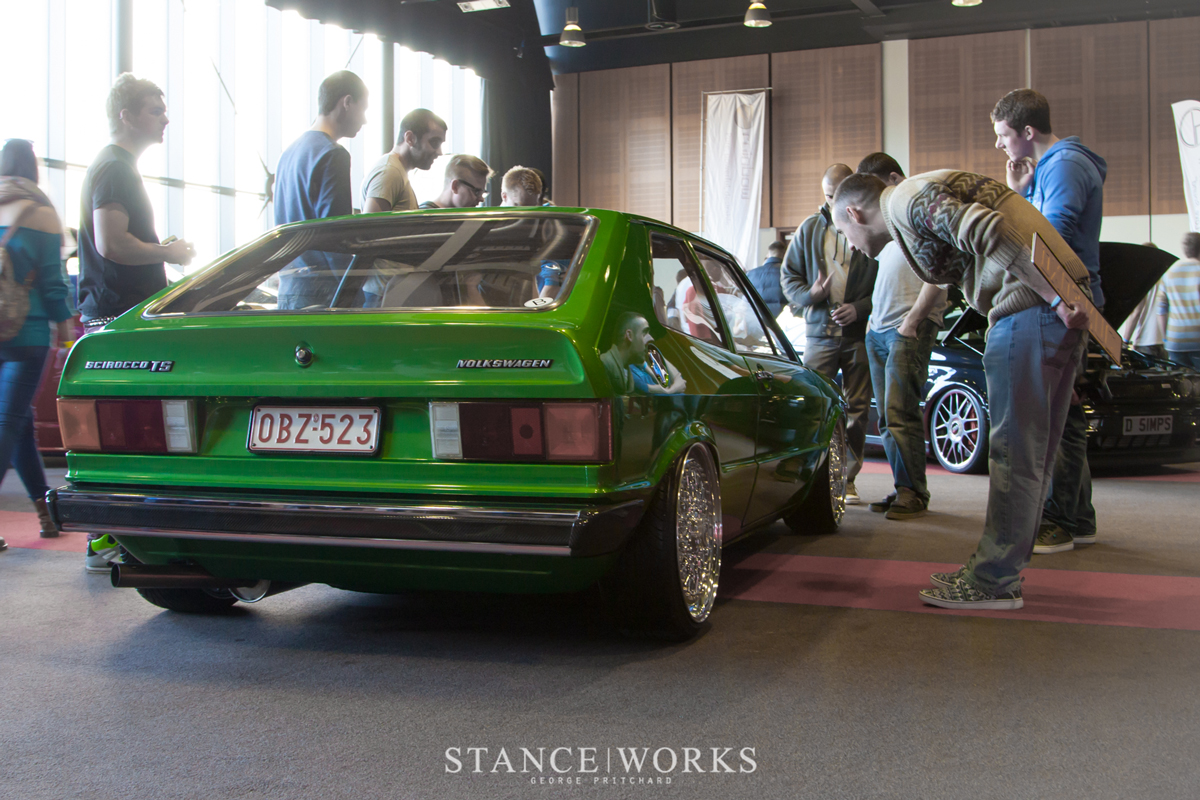 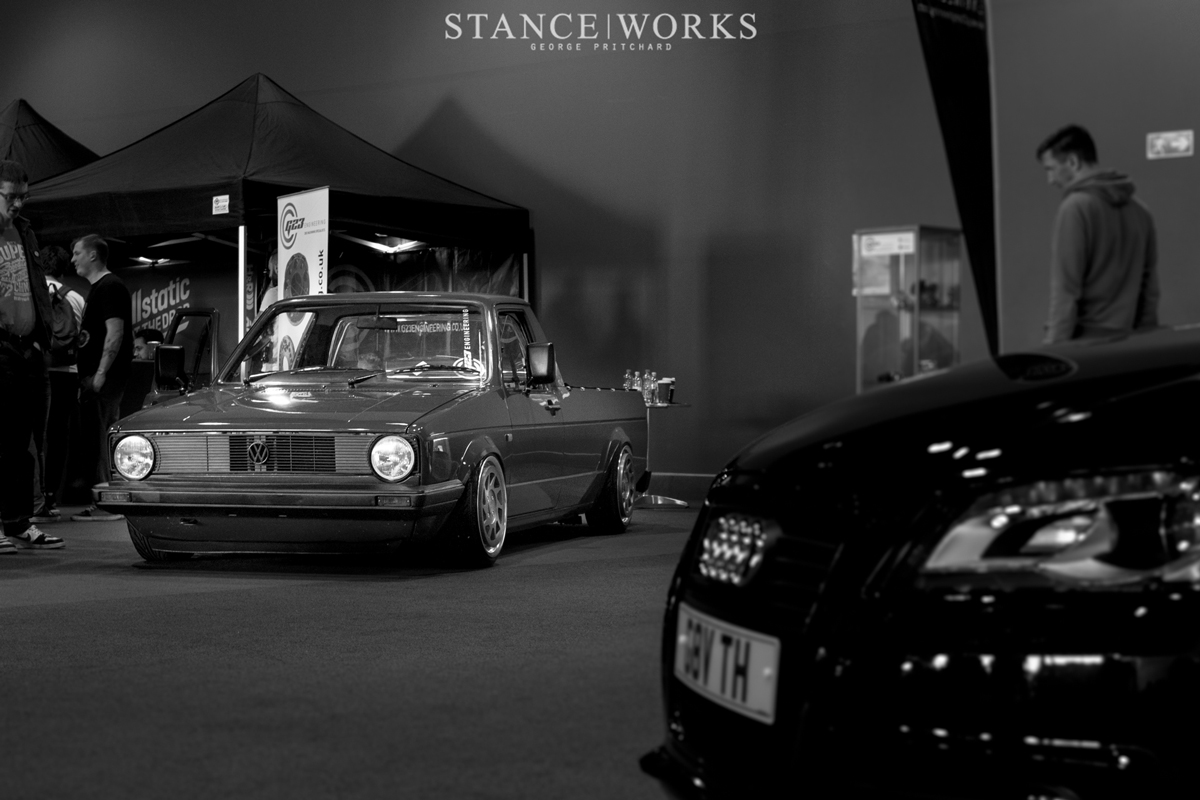 Dan Roache owned an E46 coupe before this Audi TT. A car I admired from the Stance|Works meet the previous year. Wrapped in mint green, with colour-coded Porsche twists and a baseball leather retrim this Audi most certainly looked fresh. Nearby sat a clean and original Mk1 golf complete with period features. 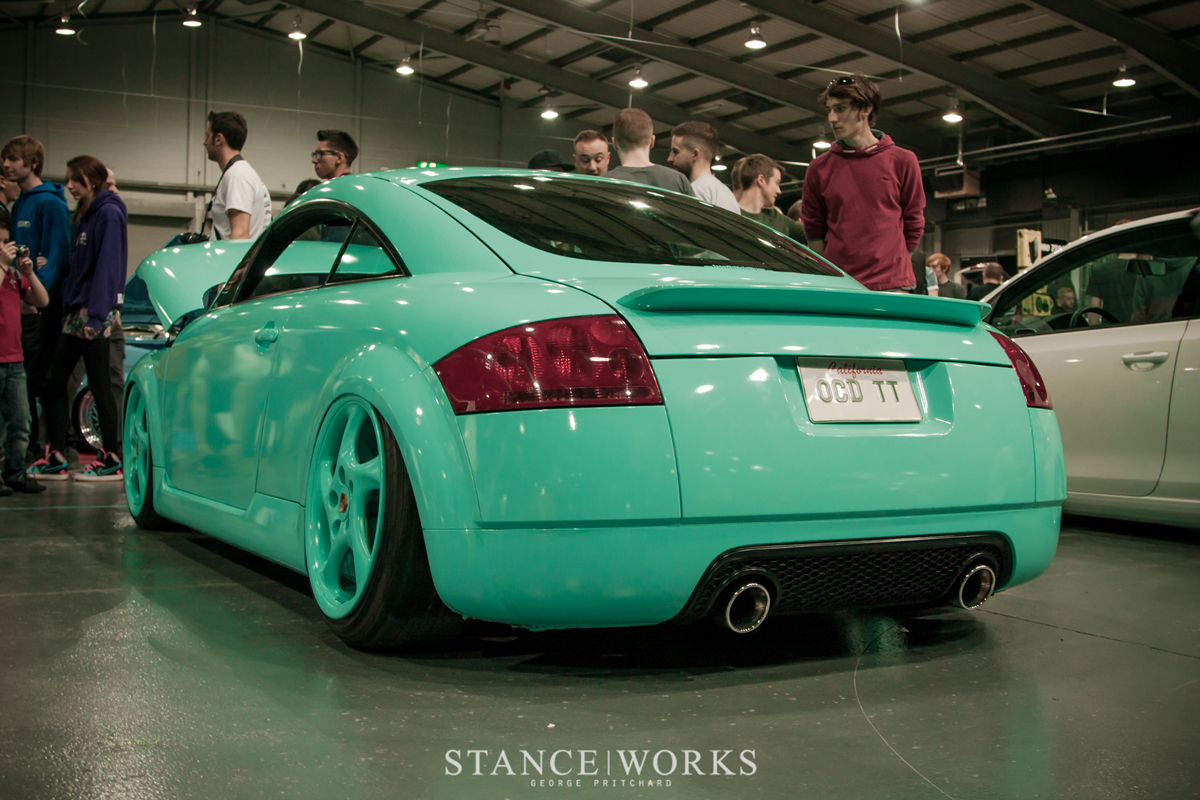 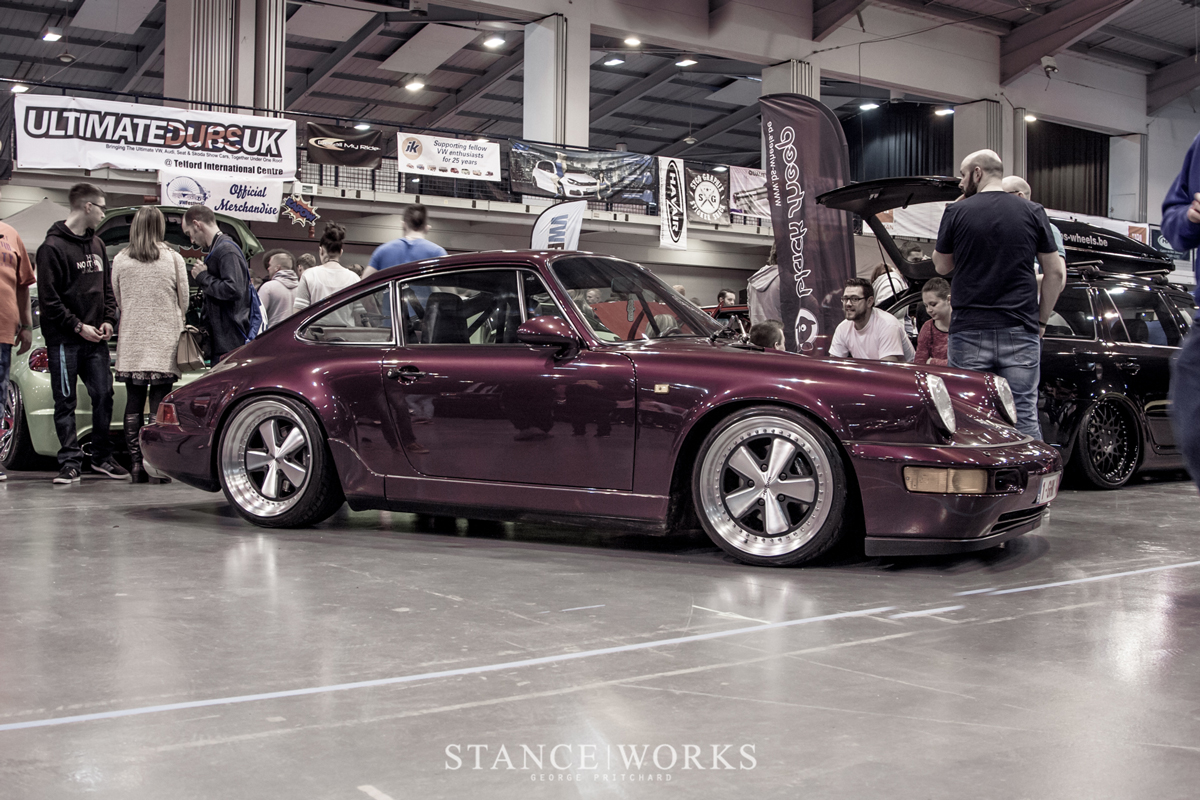 Purple appeared to be a colour of the event, this Audi A5 made the trip all the way from Spain to visit the show. Close by was a Porsche of a similar shade wearing a set of Rotiform FUCs, and in the other hall an Audi A3 with contrasting bronze touches and a Mk3 going for a slightly more sinister vibe. 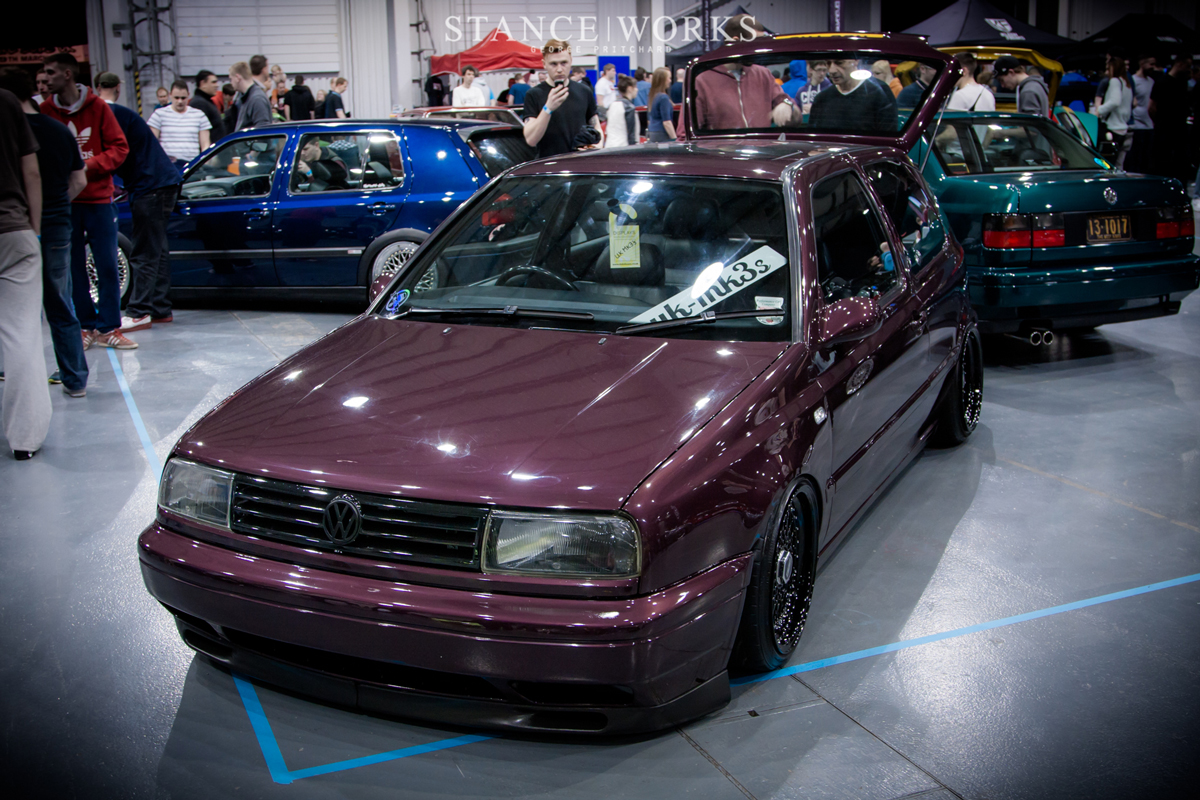 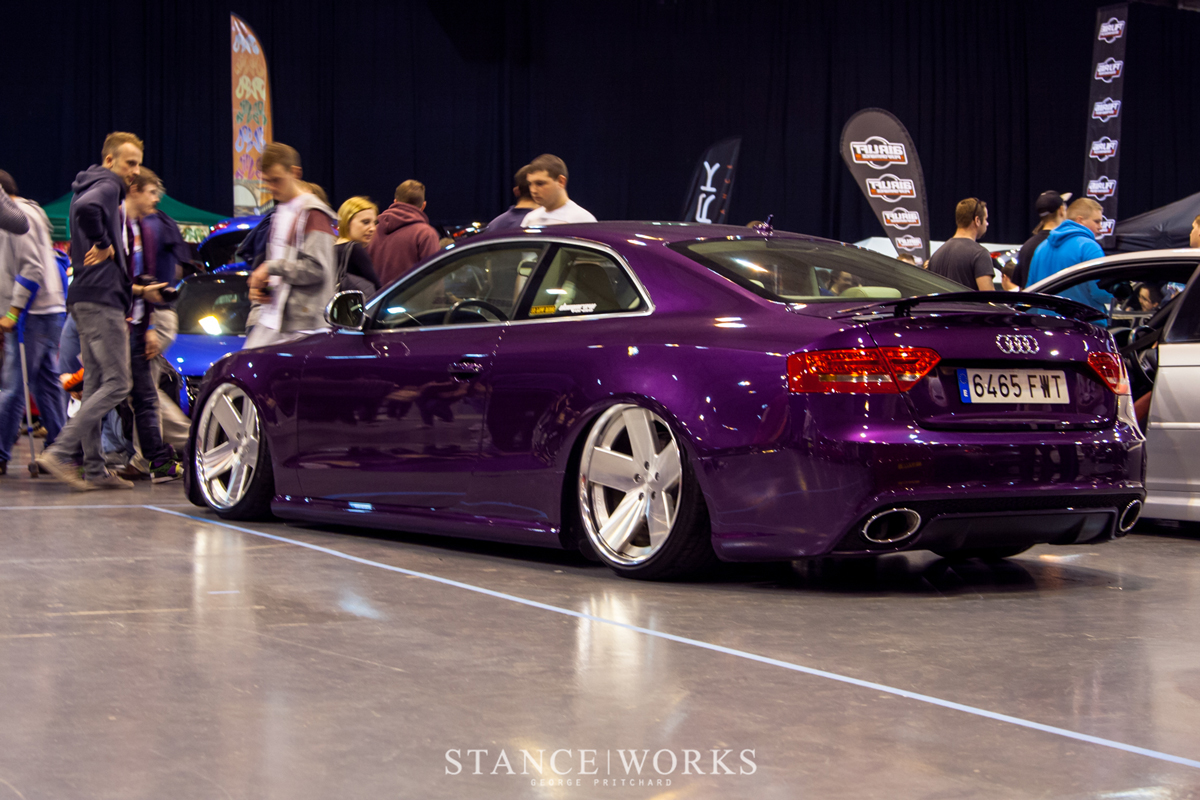 With the weekend drawing to a close, I began to ponder. This past year I had taken a step away from the automotive scene slightly. Ultimate Dubs was a stark reminder to me that no time away will break the friendships I have made. The community has continued to grow in strength in my absence, yet I was made to feel totally included. As if I had never gone. Whilst the display of your car is what causes thousands of people to descend upon this town in the Midlands each year, it appears that the relationships built in the past come first. Even without a car there I was able to make new friendships, put more faces to names and hopefully continue to build stronger bonds in the future. 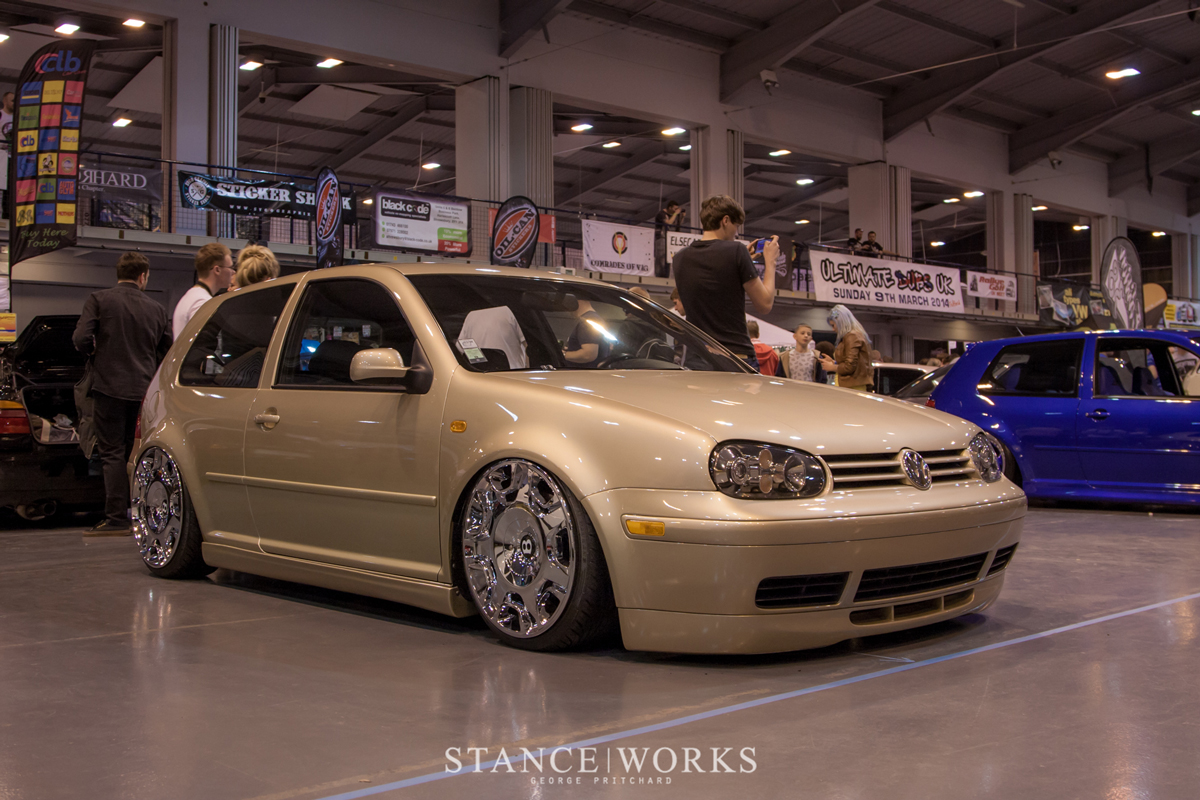 Ultimate Dubs, you have impressed me. A big thank you to the organisers, with their new show ‘Ultimate Stance’ coming at the close of the season in November in Telford, I must now get back in the garage; the bar has been raised further in my time away. I have a new aim for completion.