Forza Motorsport 5 – The E3 Reception and Our First Test Run

Forza Motorsport 5 – The E3 Reception and Our First Test Run

As a diehard Forza Motorsport fan since the birth of the series, I jumped at the chance to attend the E3 (Electronic Entertainment Expo) reception for the latest addition to the series: Forza Motorsport 5. On Tuesday evening, the Turn 10 Studios team brought out all the stops, from the expected range of exotic supercars and an extravagant venue, to a full-on wheel-and-pedal simulator and playable Xbox-One/Forza 5 systems. Free drinks capped off the evening for an event that rolled out the latest part of the Franchise in style. Needless to say, we're excited for more. 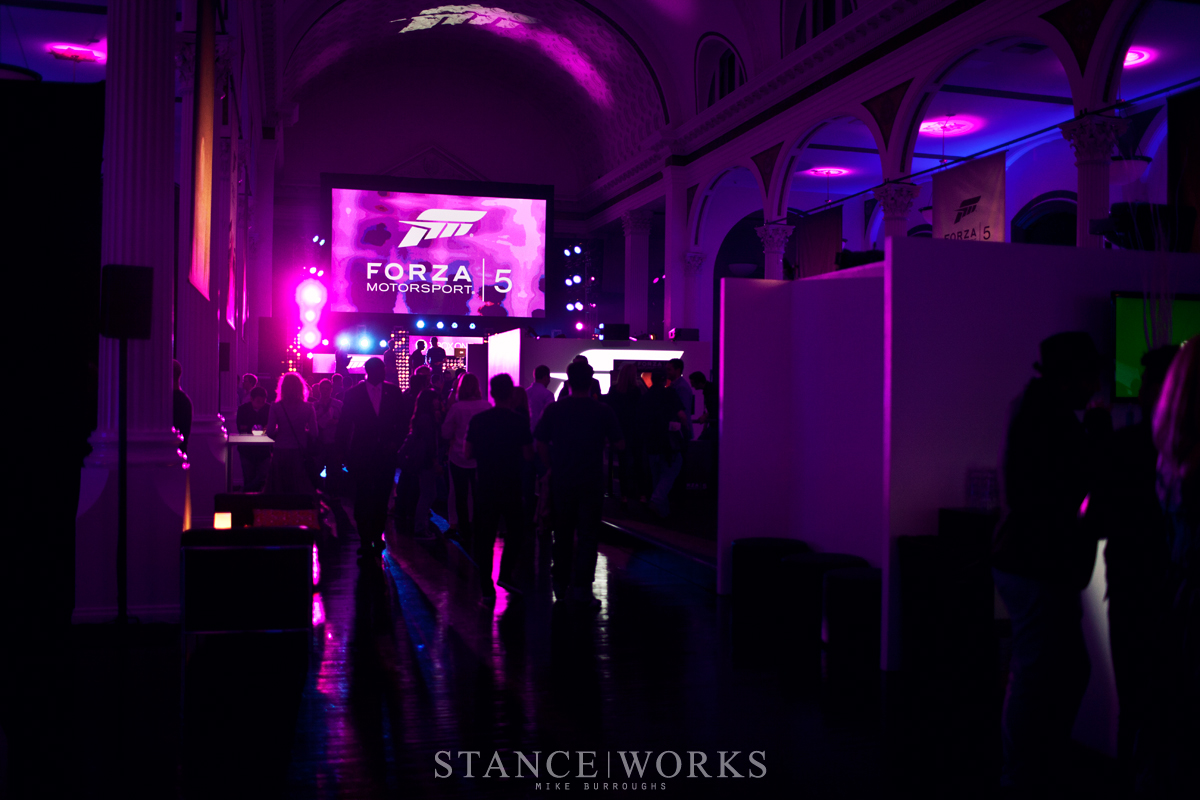 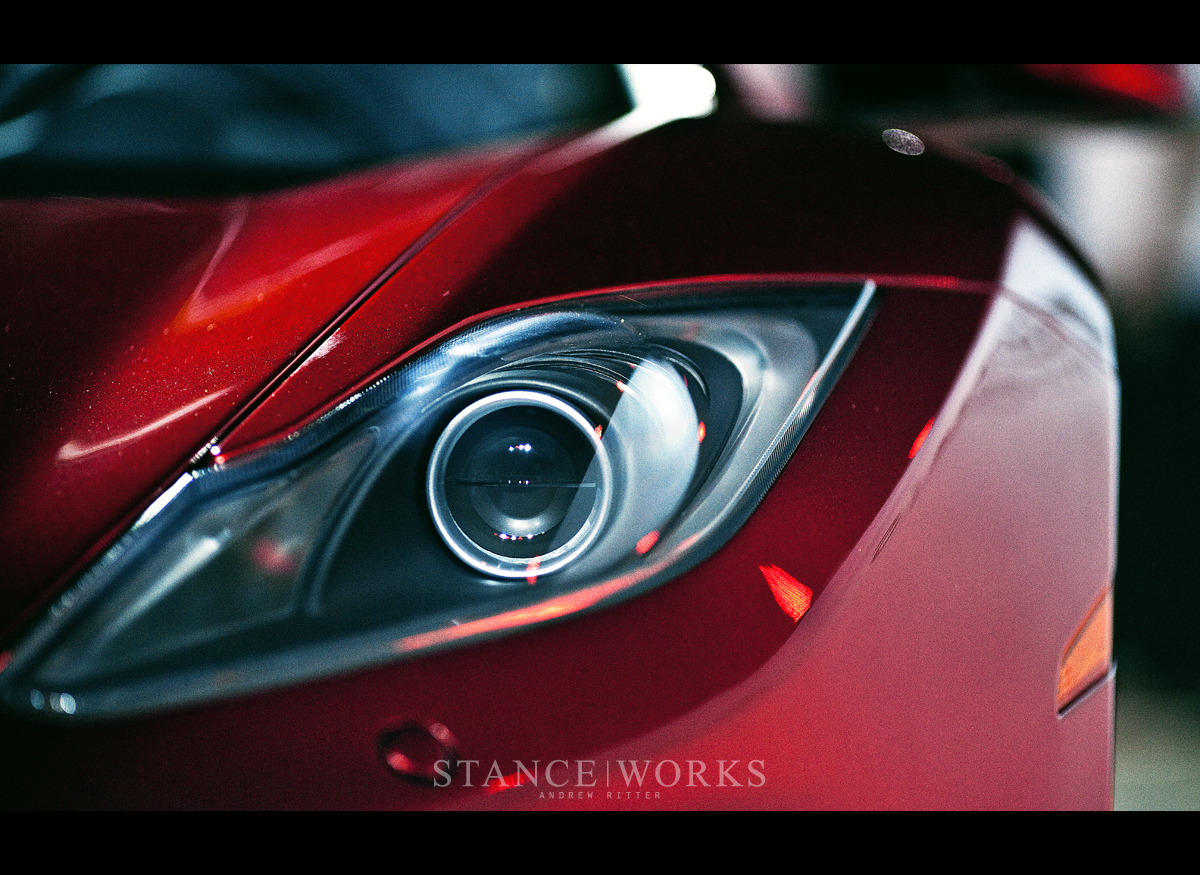 The event was hosted at the Vibiana in Los Angeles, California. The sidewalk was liked with cars such as the McLaren MP4-12C, the Lamborghini Aventador, and the Lexus LFA - all staples in the world of automotive performance. The exotics set the tone, and as Andrew and I entered, we were greeted with something far superior. To highlight the latest addition to the already impressive list of cars that are available in the Forza series, an IndyCar sat perched above the crowd. Turn 10's Dan Greenawalt was more than excited to announce Forza's involvement with the IndyCar  series, and to celebrate the occasion, several of Indy's top drivers accompanied him on stage. 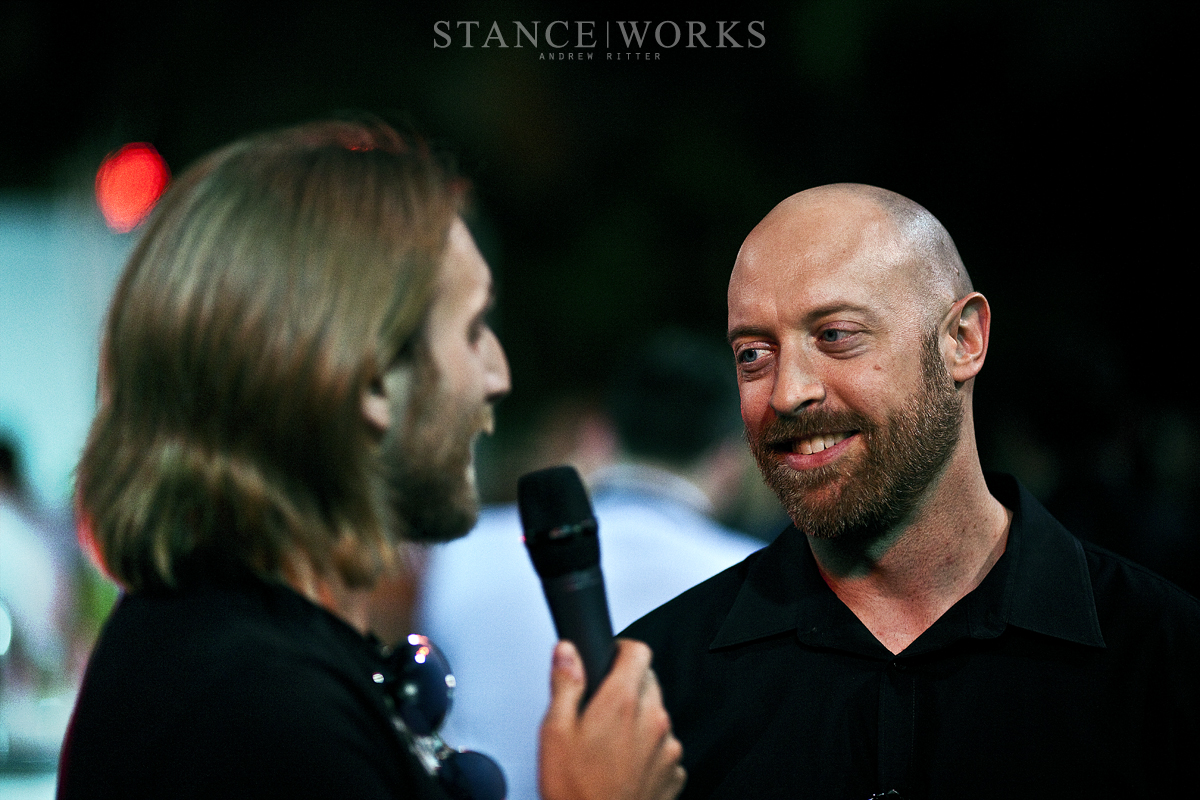 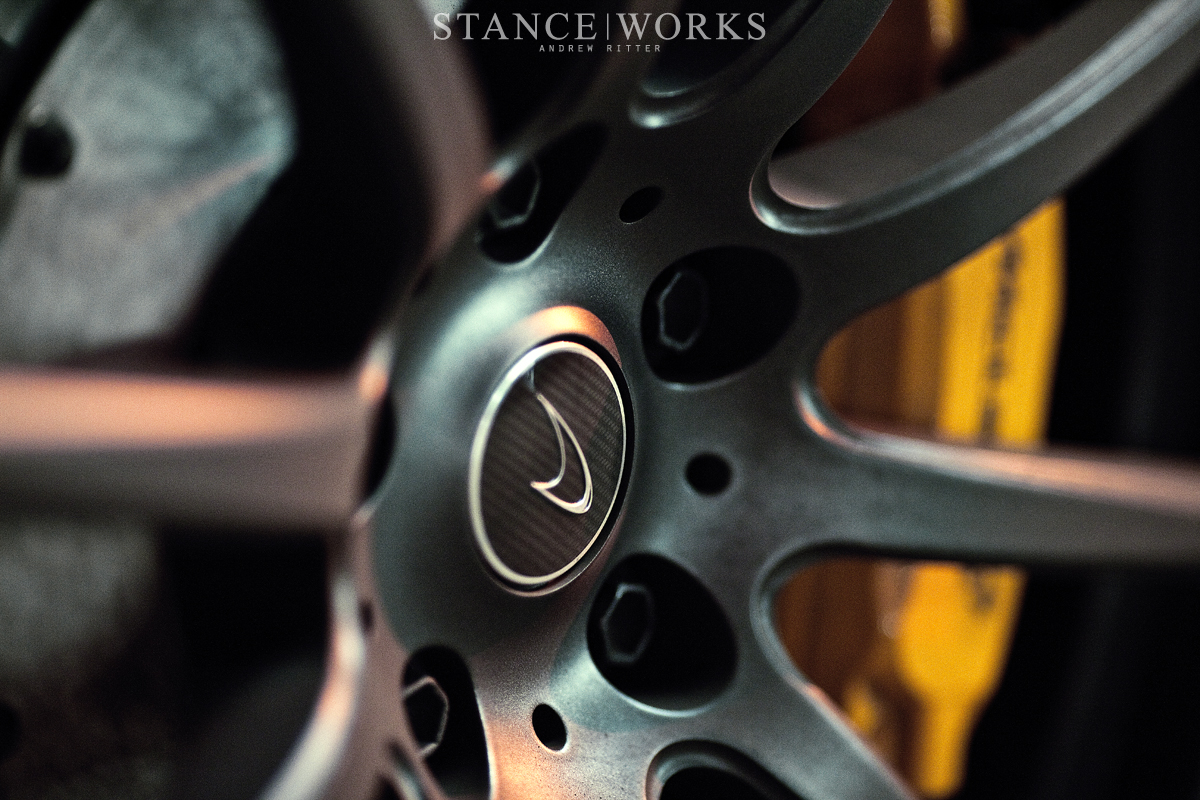 The details of Forza 5 were spared - perhaps saved for the main E3 presentation, or perhaps not available to the public yet; however, one thing was certain: We were given the chance to play an early version of the game. Limited to just one track (with 3 tracks total depending on the "station" you chose to play at) and a small handful of cars, the options were limited, but the experience, however short-lived, was certainly impressive. 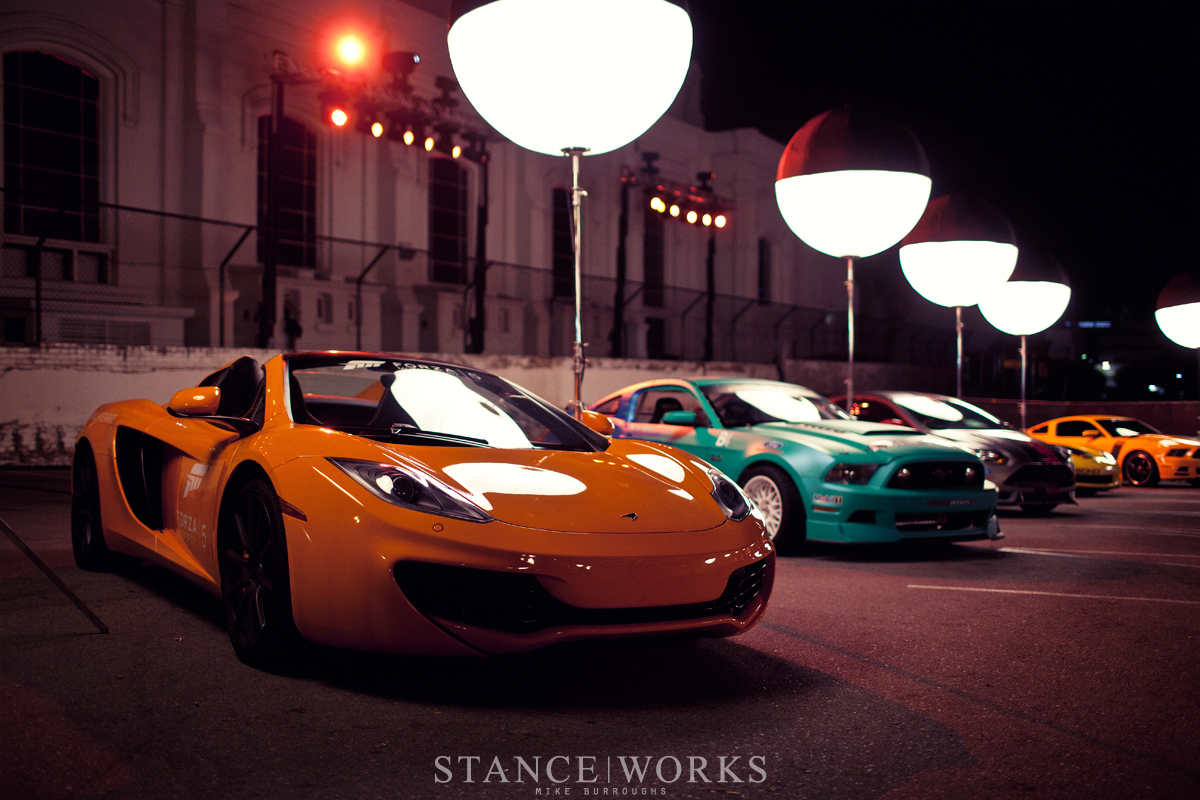 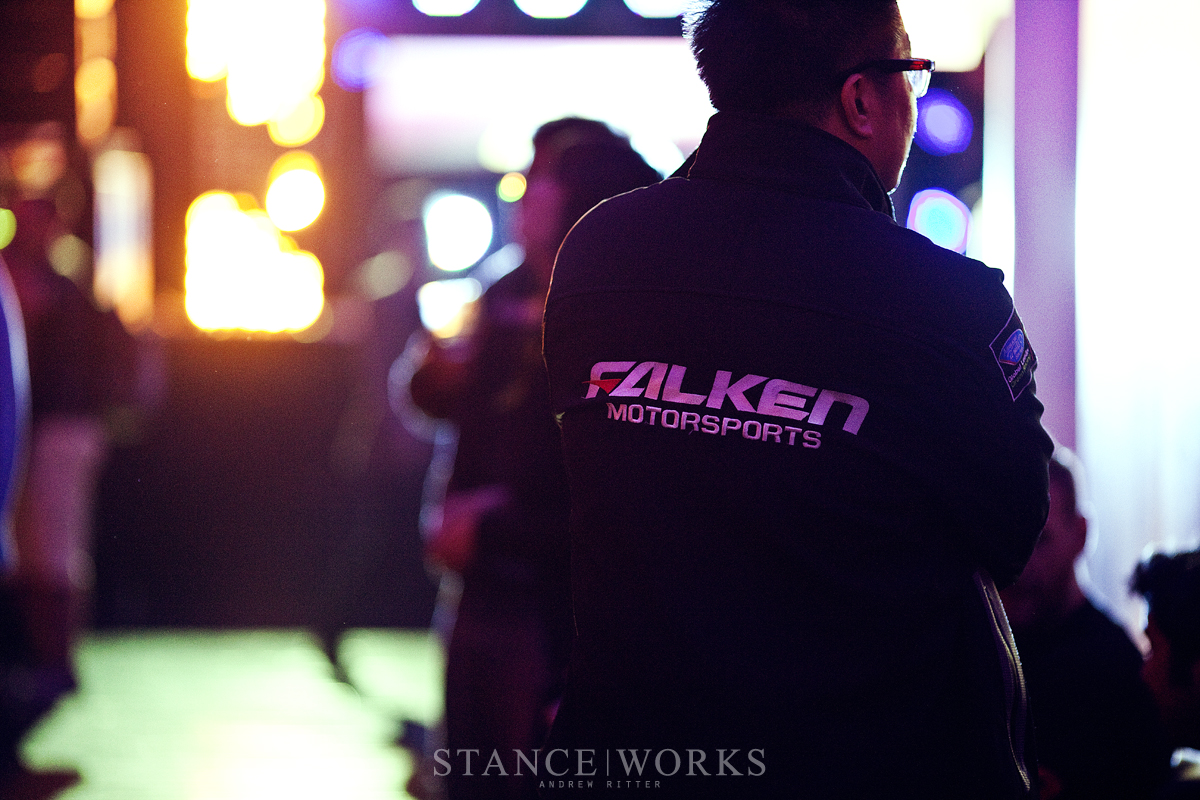 I was given only one lap - the track was a new addition - the streets of Prague. The course was set up in a familiar fashion, an entirely believable road-circuit that raced between buildings, over bridges, and through the fog of early morning. The graphics of Forza 5 are mind-bending. The hardware within the Xbox One is impressive by any standard, and F5 has received an entirely new engine to make use of it. 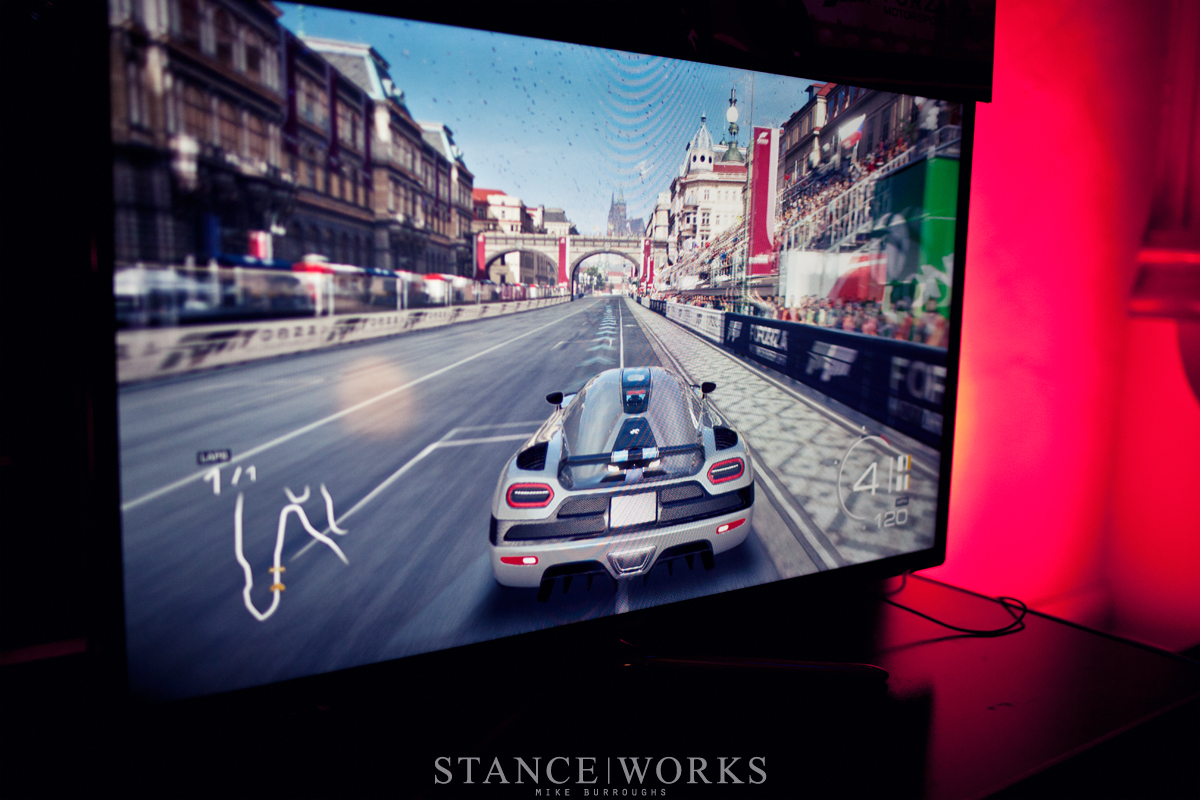 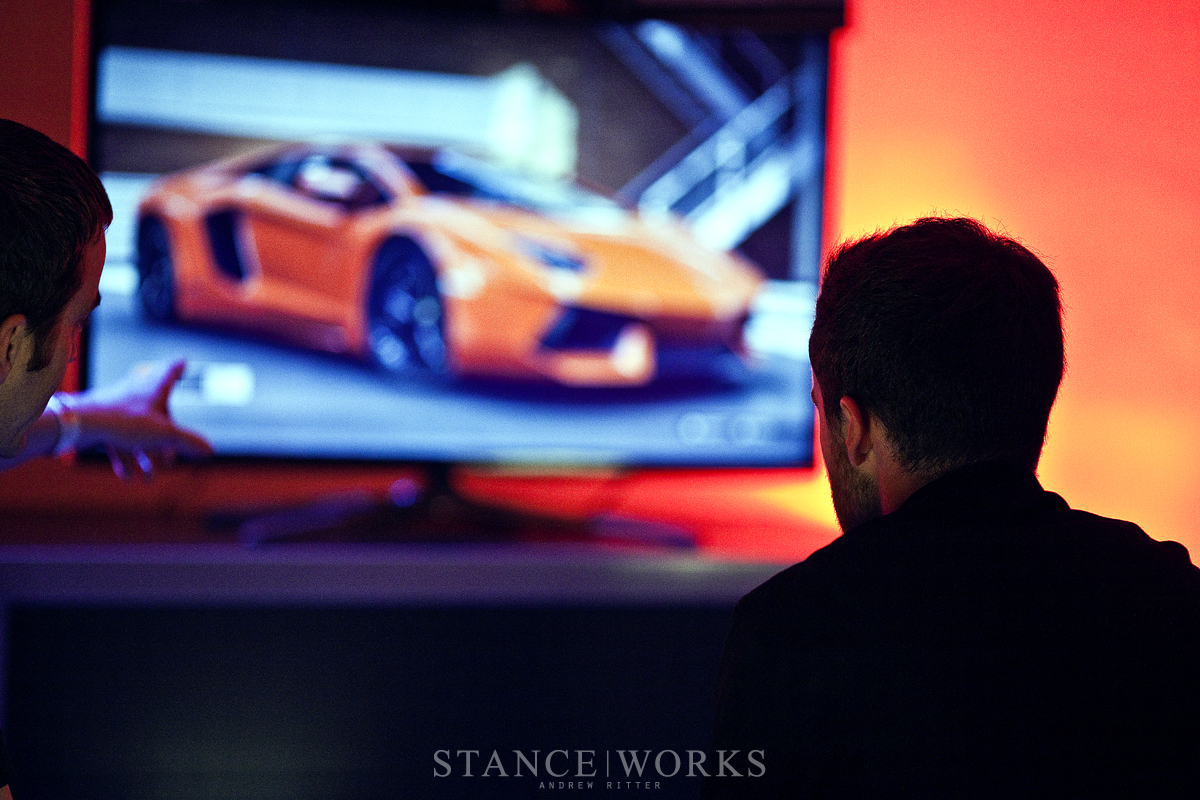 The sun bounces off of buildings and gleams through clouds with a dynamic not found in any driving game I've ever played before. The flare of the sun bounces off of the windscreen and reflections from the hood twist and bend over bodylines - and that only scratches the surface. The environmental detail is breathtaking, and just when I thought a racing game would struggle to look any better, Turn 10 accomplished it. The car models are breathtaking, with such intricacies as machining marks in the wheel included for gurus like you and I. 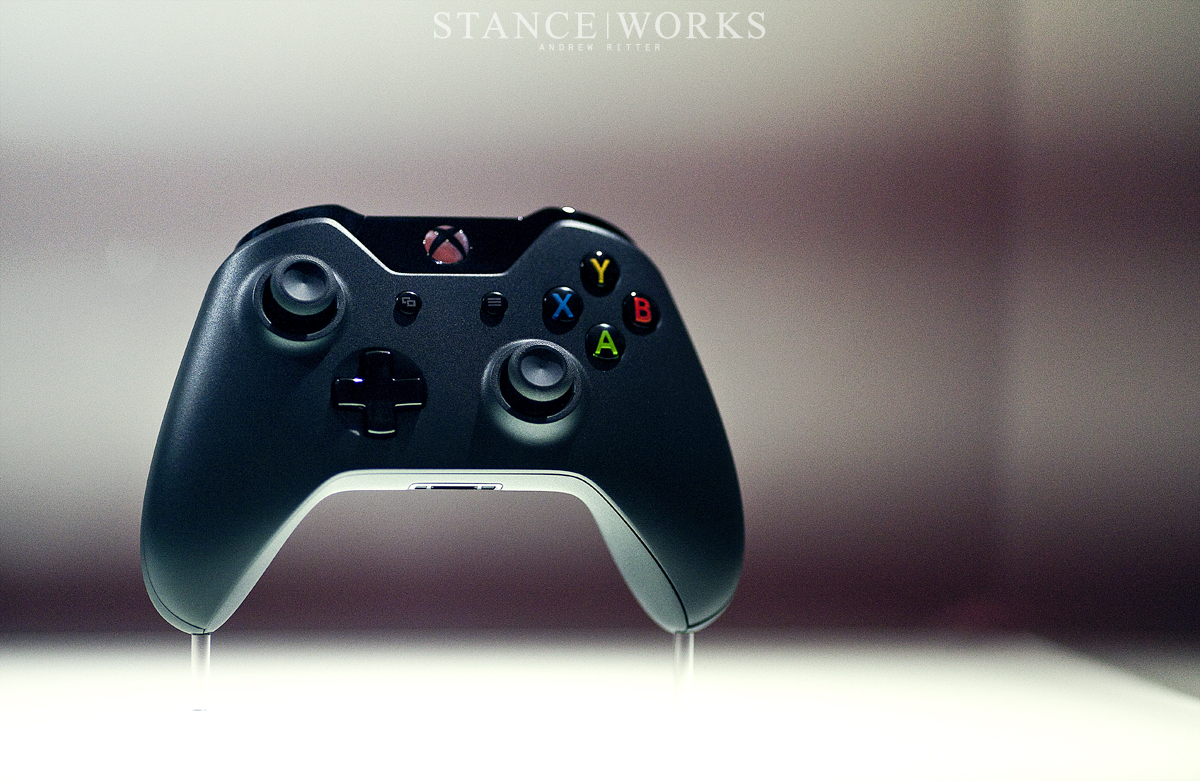 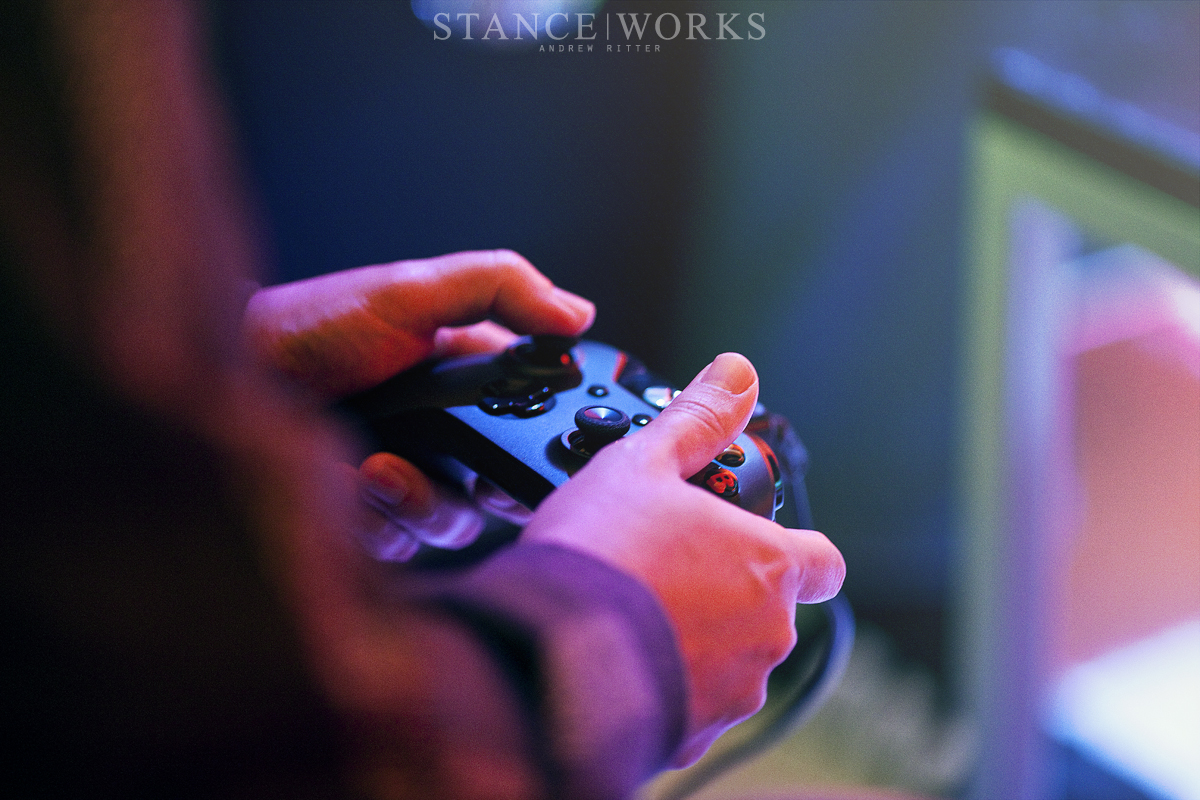 It'd be easy to go on about aesthetics, but there's far more at play. Aside from the internal hardware the Xbox One touts, the new controller also changes the experience drastically. The XBOne controller now has four dynamic motors within it to give an entirely new level of vibration and feedback to the user - one in each "handle" and one for each trigger. The feature caught me entirely off-guard; however, I can see it as something I'd welcome once I was accustomed to it. The feedback provided a way to "feel" as traction was lost and found between braking and acceleration. The fine edge of brake-lockup for those of us who prefer to race with the driving assists, such as ABS, turned off, now has tactile feedback - and to put it frankly, that's pretty awesome. 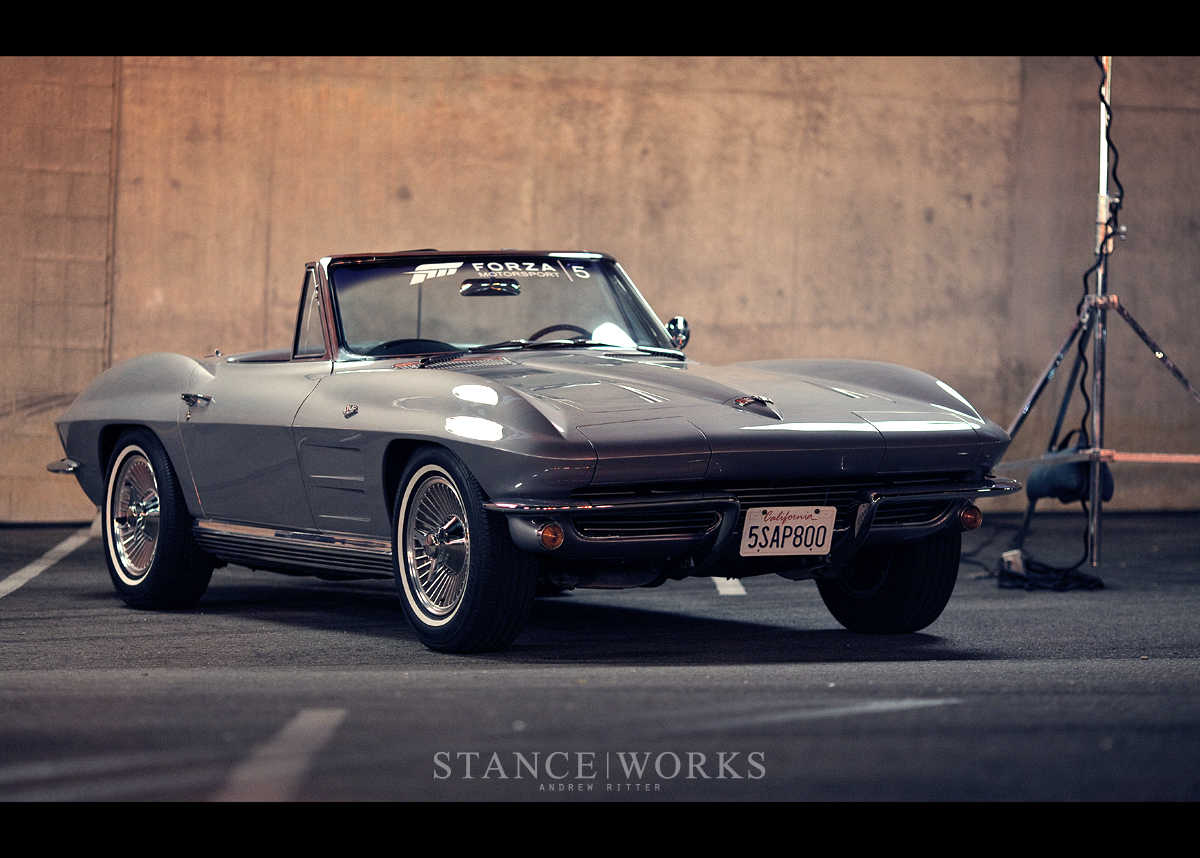 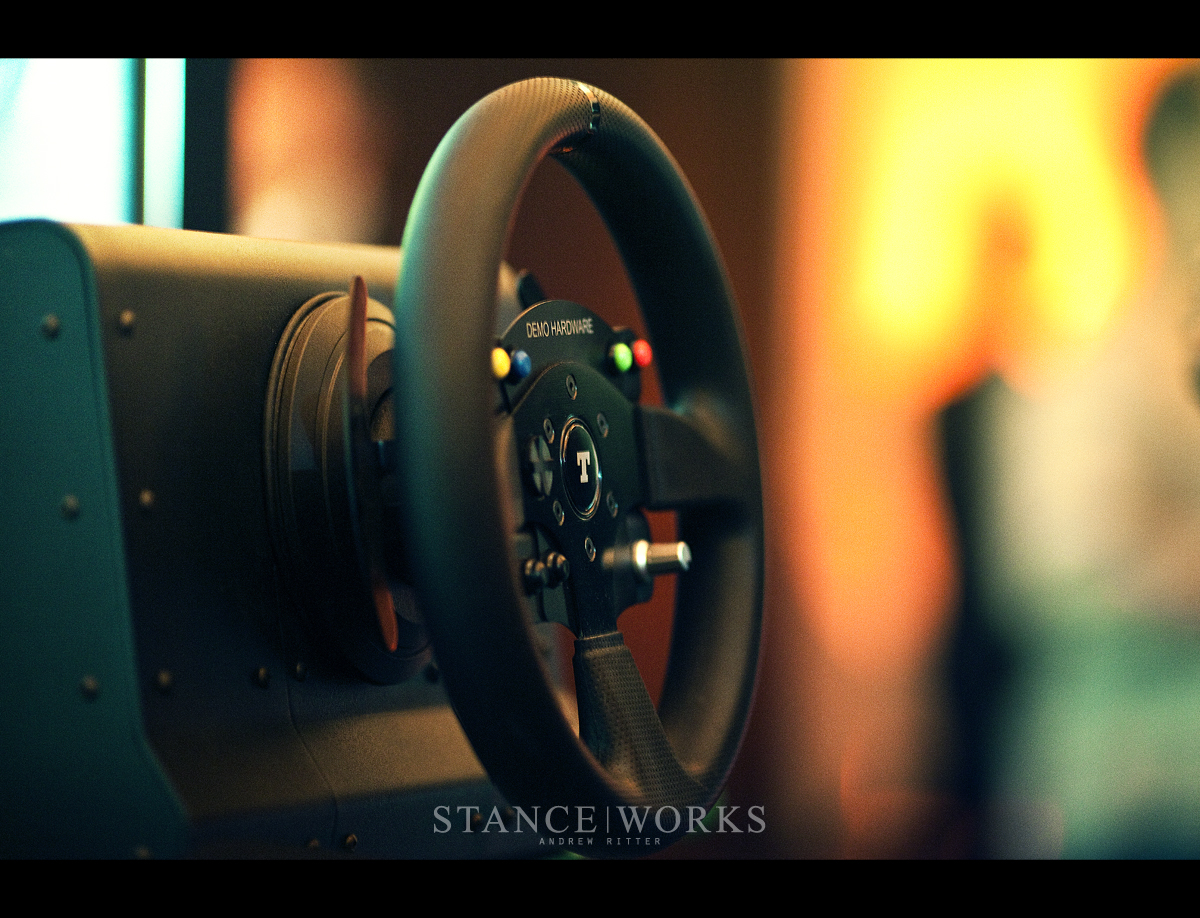 The control layout was entirely familiar, unchanged from the past games, and it was easy to "hop in and drive." The driving physics are improved as with every iteration, and I found new challenges in balancing traction between braking and turn-in. The event was loud and pumped with music from DJ Skee - so the familiar sounds of screeching tires and the whine of the engine were far too faint to hear. It's hard to say how the new engine truly plays, but every iteration of the franchise thus far has been, in my own opinion, greater than its predecessor, and I have faith that Turn 10 will repeat the cycle once again. 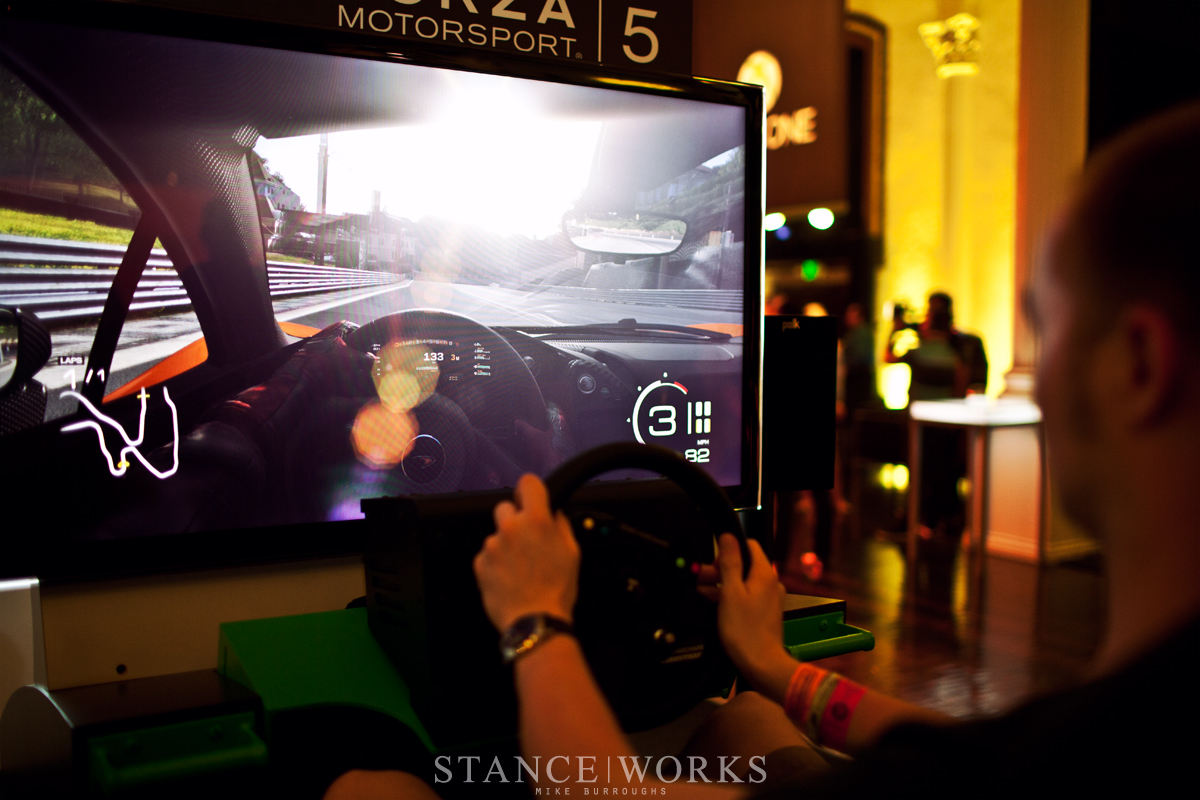 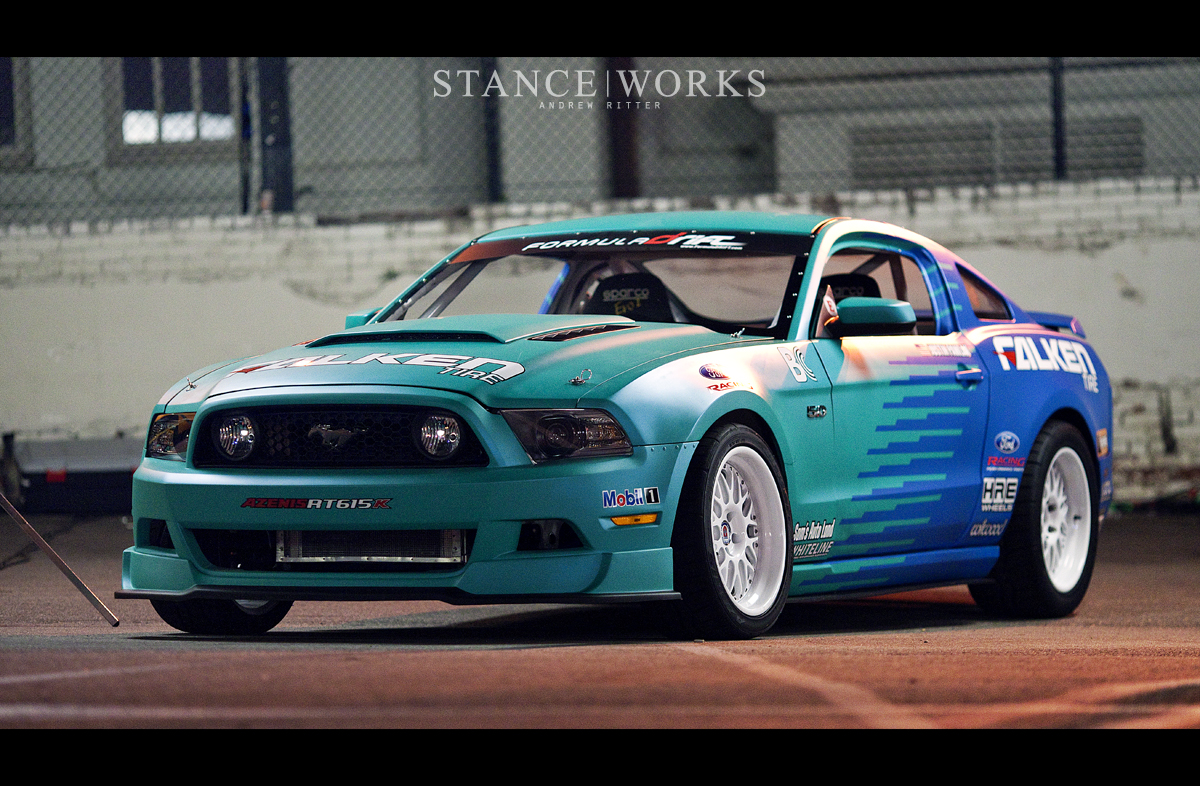 It's tough to say more without more hands-on time, but any fan of the Forza series should be filled with excitement. The Forza Motorsport series is receiving an addition that feels thoroughly thought-out, and with the taste we've received, we're sure it will reinvent the game we've come to love. The waiting game begins. 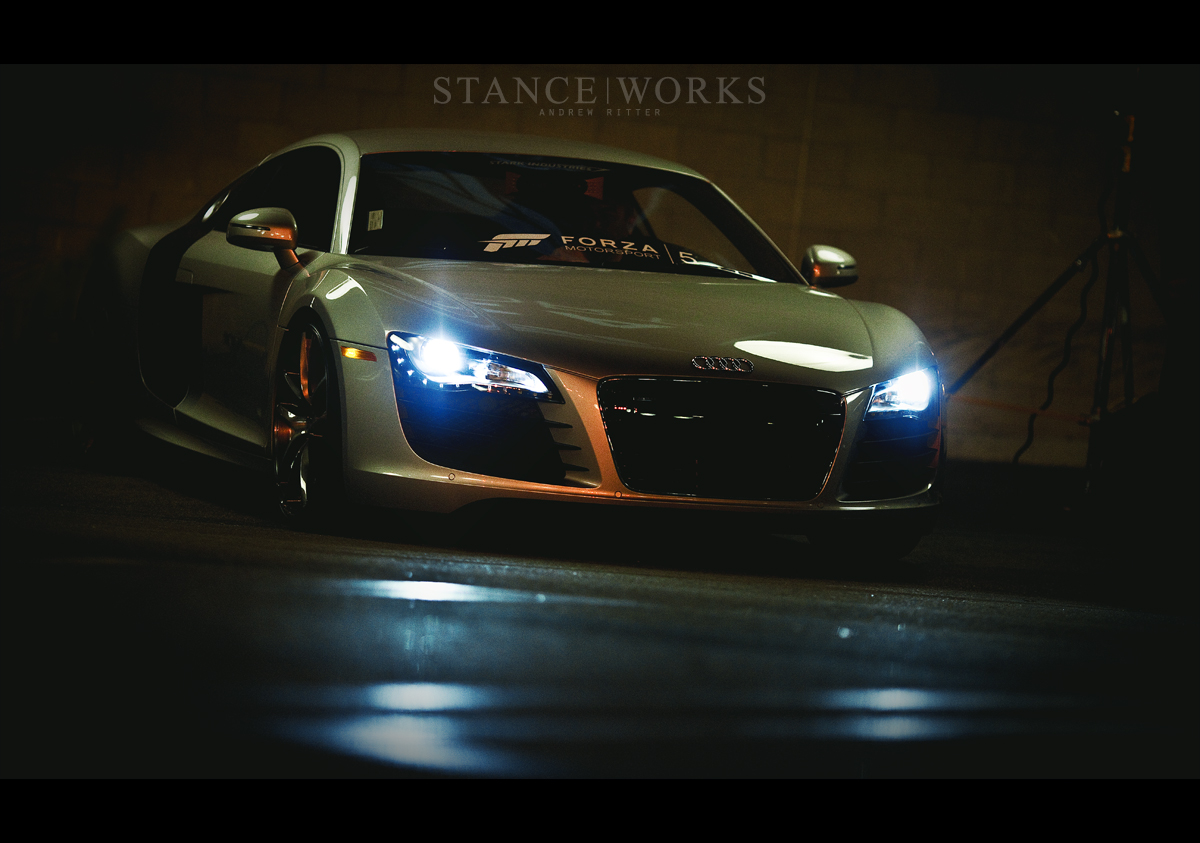