While seemingly every automotive aftermarket company builds at least one project car every year, few can compete with our friends at Rotiform. Brian and Jason have made a name for themselves, pumping out unique, attention grabbing cars faster than most car guys could dream of. These project vehicles have several purposes, but one stands above the rest: demonstrating product; and Rotiform's active push in building such cars (such as their recent FRS build) has pushed them to the forefront of wheel manufacturers for their target audience. It's tactics like this that have rocketed the Rotiform name from nothing to one of the fastest-growing names in the industry. 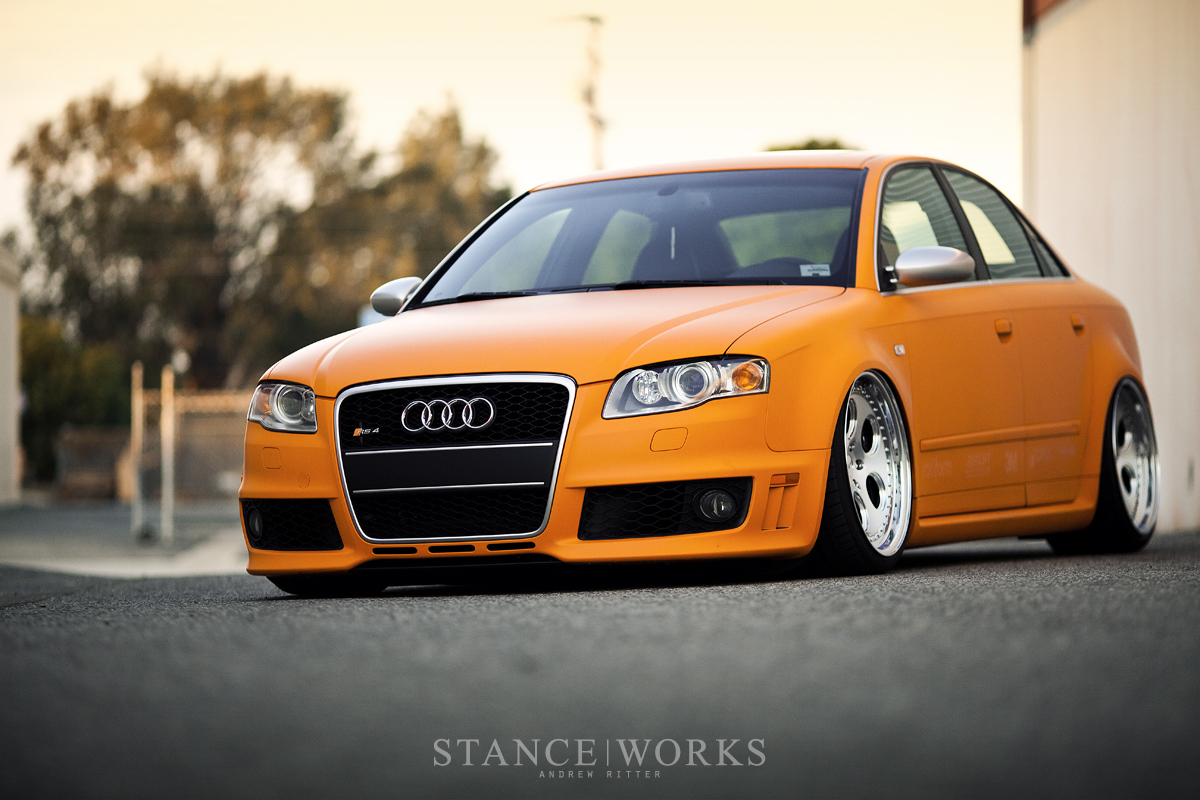 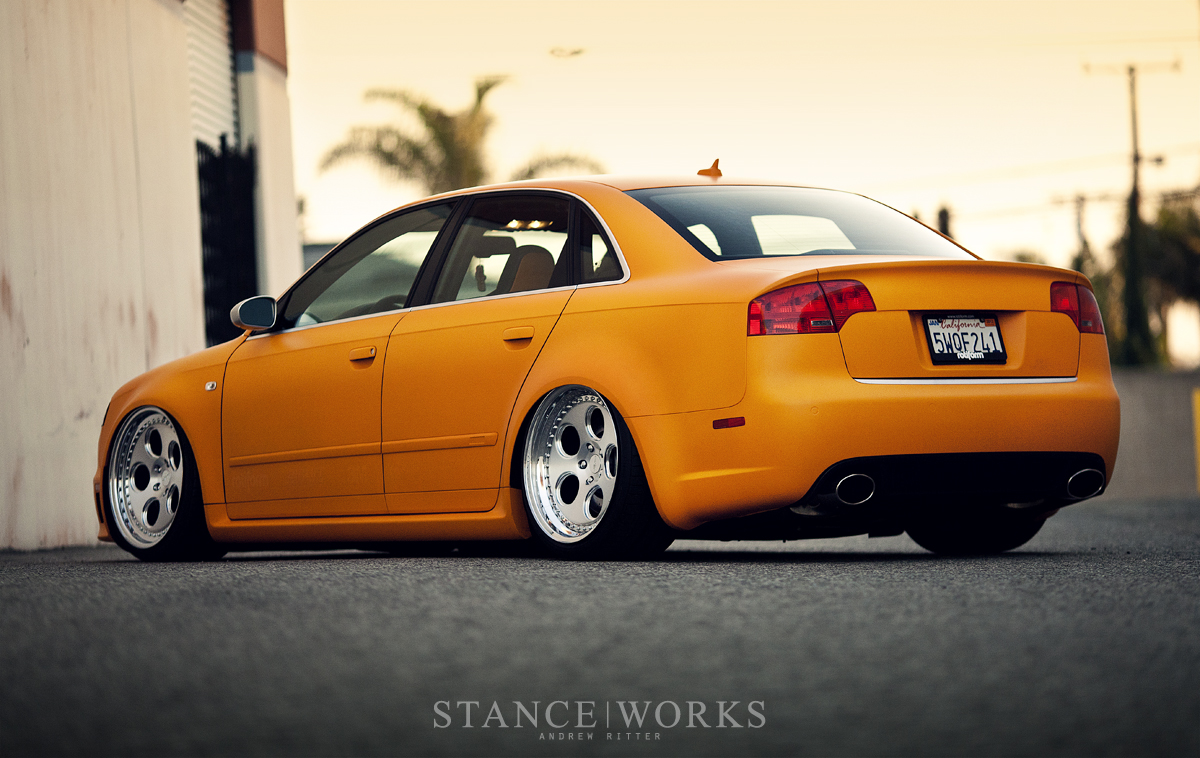 Their latest project, this impossible-to-ignore 2007 Audi RS4, was built for SEMA this year. Building these cars keeps the boys at Rotiform in touch with their car-building roots, connects them further with the community, and most importantly, shows off the latest and greatest from the Rotiform name. Built to show off the all new Rotiform DIA, it's certainly does a fine job of of it. Inspired by the car we all had on our wall as a kid, these 1990 Lamborghini Diablo-esque wheels are Rotiform's all-new take on the tried and true yet classic style. While many other companies have designed similar wheels, Rotiform's DIA stands out amongst its competitors in many ways; getting them to do so proved to be one of the tougher challenges in bringing the wheel to fruition. Knowing what they were after, Brian and Jason had to ensure that their wheel was obviously inspired by, but was still a unique take on the classic Lambo split. 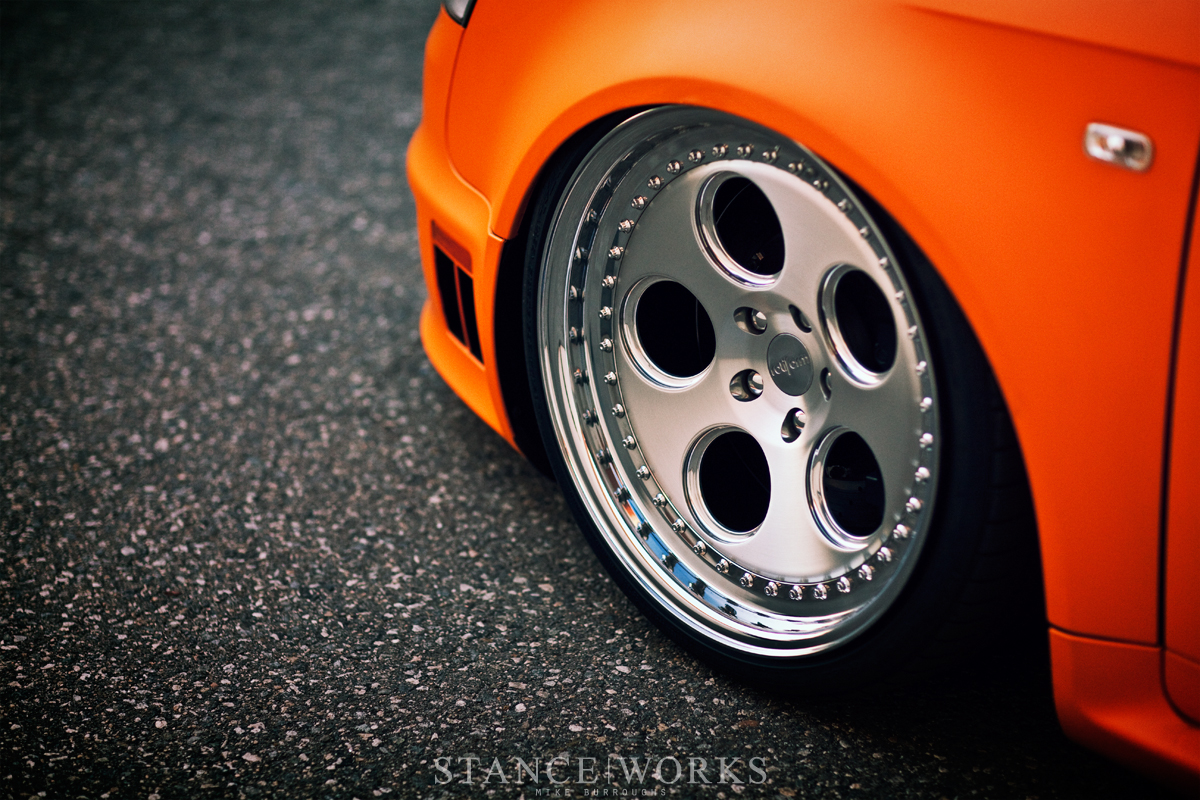 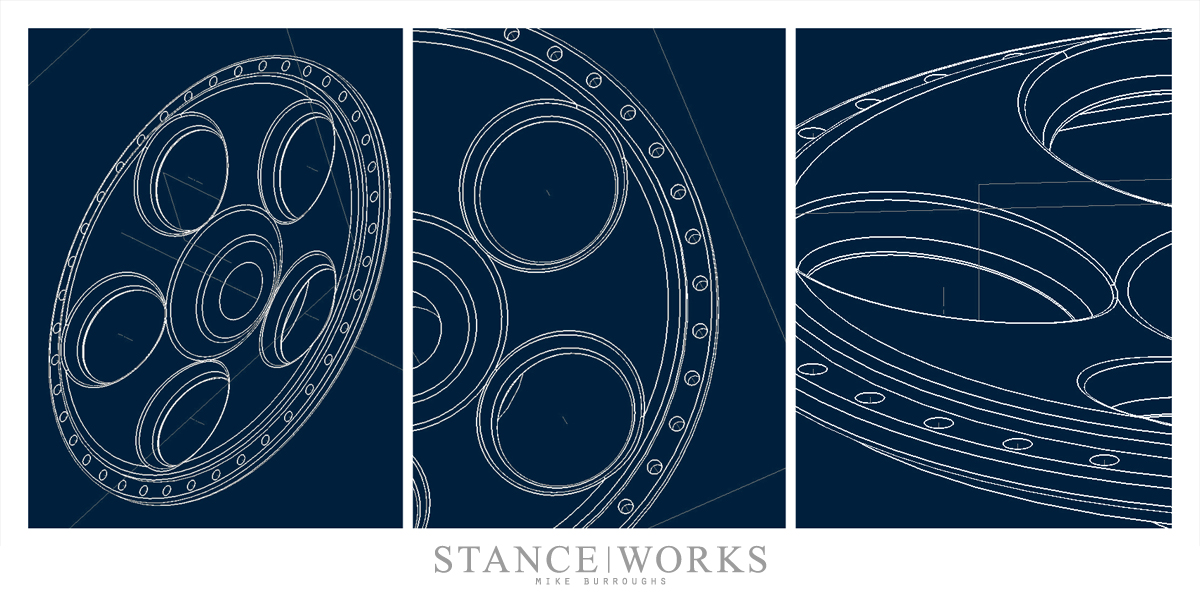 Dubbed the "Rotiform DIA" for obvious reasons (that's DIAblo, if not), it's showcased here in 19x10.5 and 19x11 to fill the RS4's generous arches. The pairing of car and wheels is loosely fitting; while it's no Lamborghini, keen enthusiasts know the bonds shared between the Audi and Lambo (and Volkswagen, Porsche, and Bentley. Oh and Bugatti. SEAT too. And Skoda.) brand these days. But aside from any ties between the companies, the wheels are simply astonishing on the car. Andrew and I both agree that the Rotiform DIA is one of Rotiform's best offerings to date. 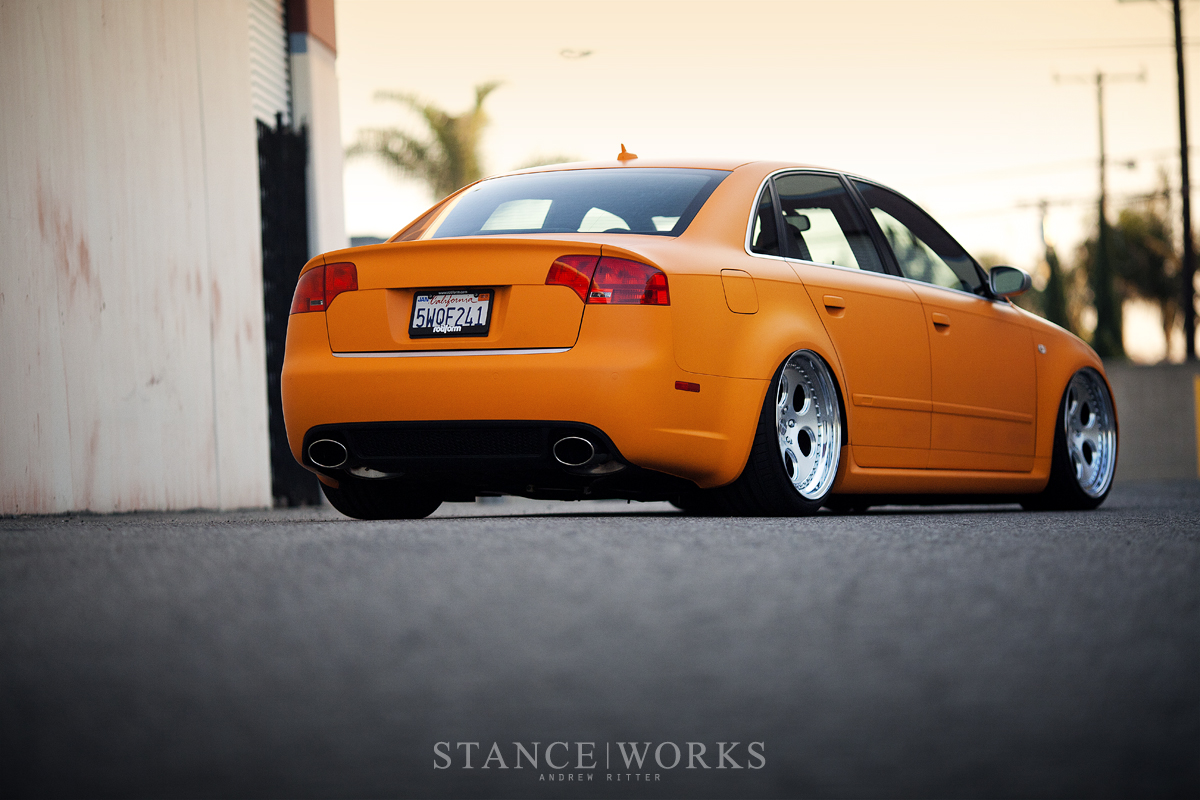 If the wheels weren't attention-grabbing enough, however, the B7 RS4 that they're mounted on has been wrapped in 3M 1080 Matte Orange vinyl, taking the wolf in sheep's clothing to, well, a wolf in bright orange sheep's clothing. The 400+ horsepower sedan is Audi's answer to BMW's M3, the staple of "refined sports coupes," and utilizes Audi's world-class all-wheel-drive Quattro system to give it a competitive edge. However, no longer able to slide its sleek body lines under police radar through the use of earth-toned factory paint and factory aesthetics, it comes as no surprise that Rotiform pushed the car to extremes. 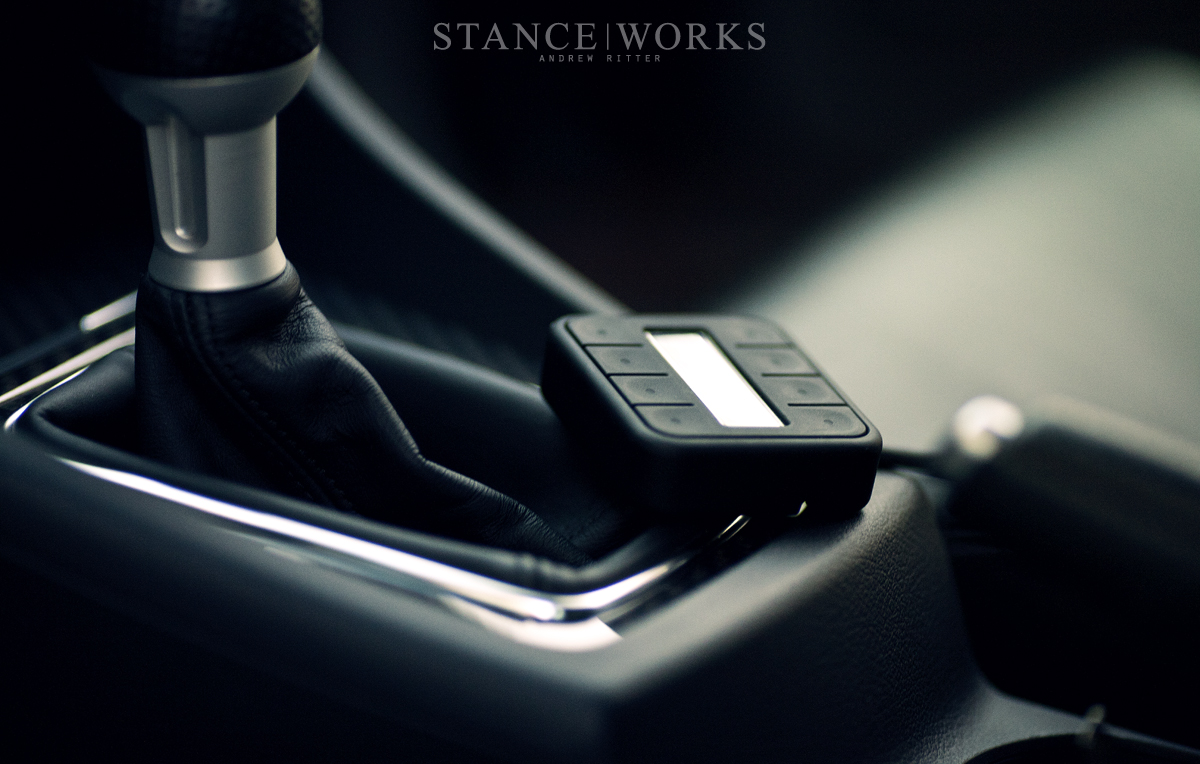 The tangy RS4 sits lower than the engineers at Audi had ever considered, but all the functionality is still retained thanks to a full air suspension setup from the guys at Air Lift Performance. The direct bolt-in kit plants the Audi against the wheels and tires and solidifies the aggressive aesthetic. Of course, in typical SEMA build fashion, the install was completed just hours before departure, complimenting Air Lift's bolt-in design and simplicity. The system is managed by Air Lift's "Autopilot V2" management system, which handles the height presets and manages the system for the changes of every-day driving. Not to mention, the V2 system also allows the LED display to be color-coded to the Audi's sleek interior lighting and gauges, creating a very nice OEM install. 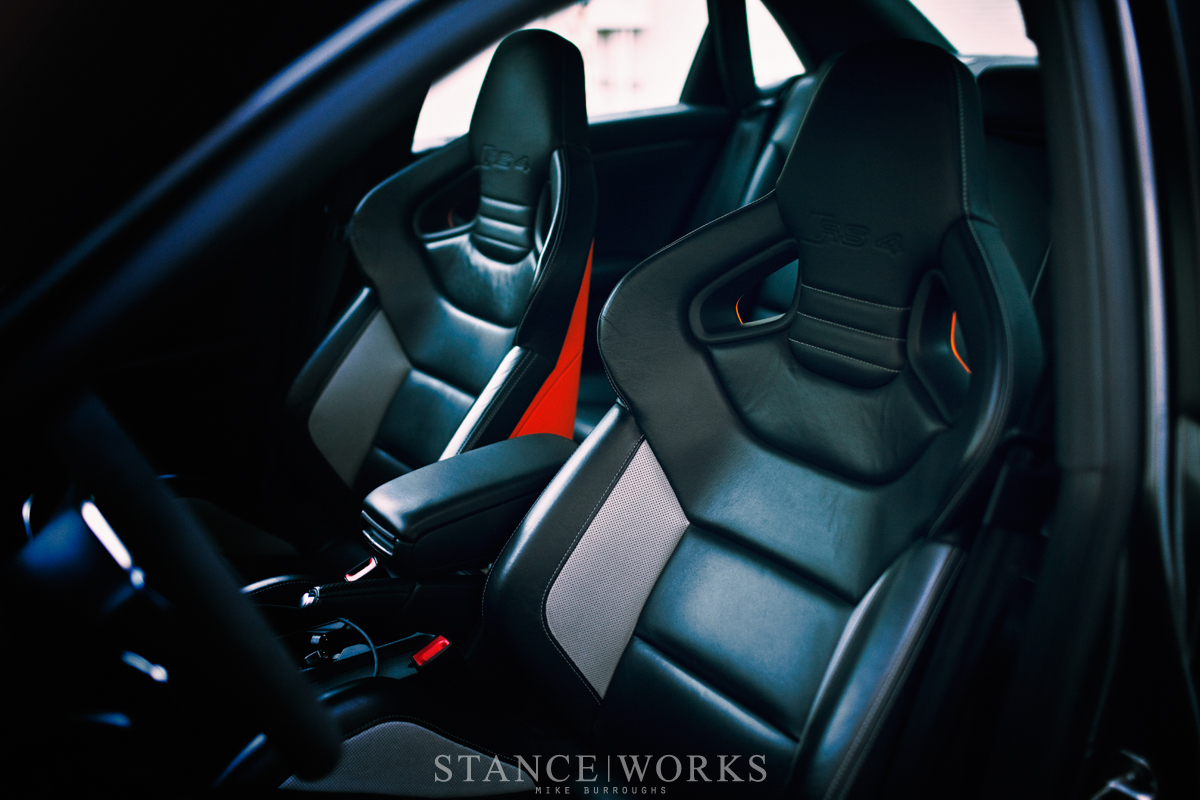 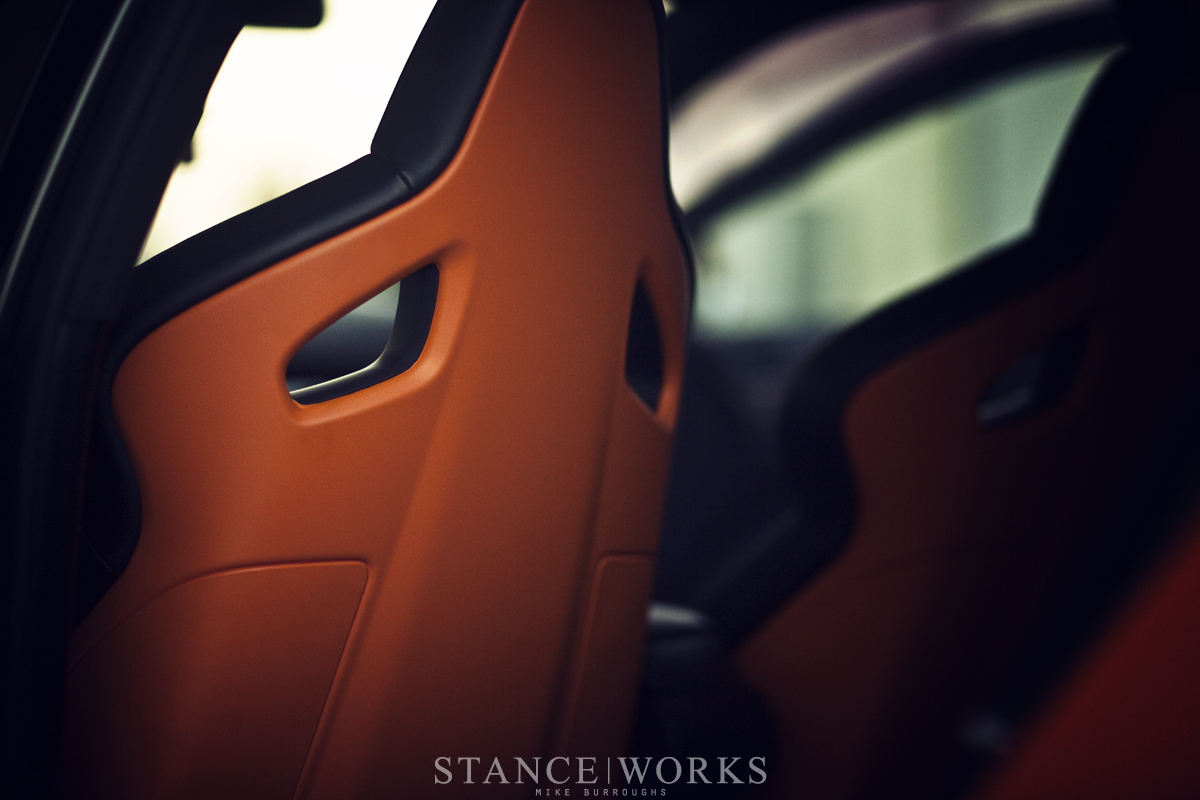 Inside the Audi, the world-famous RS4 Recaros are right at home, wrapped in vinyl to match the exterior and bring some impressive and loud color inside the car. A suede R8 GT steering wheel replaces the factory unit, complimenting the Audi Exclusive euro-spec interior and carbon fiber trim. Every detail of the RS4 is spot-on, from the red-illuminated gauges and perforated seat inserts  to the aggressive venting and trim on the exterior. 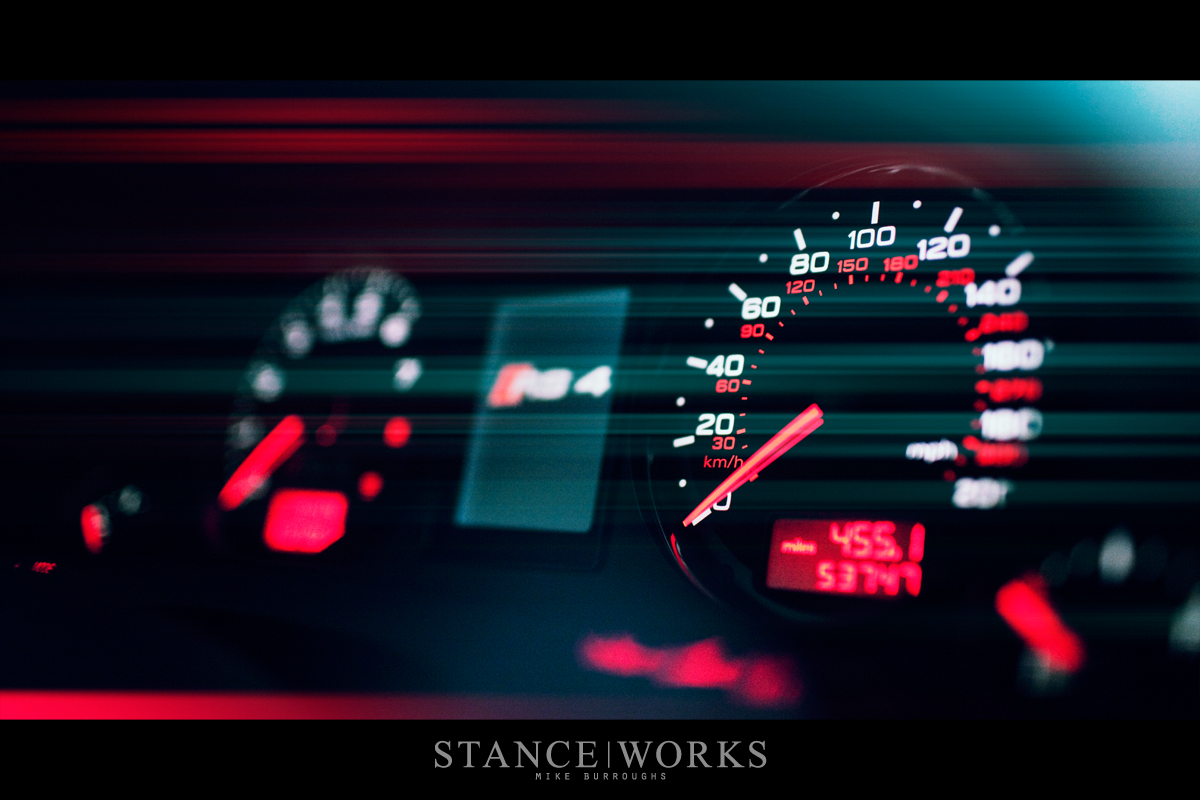 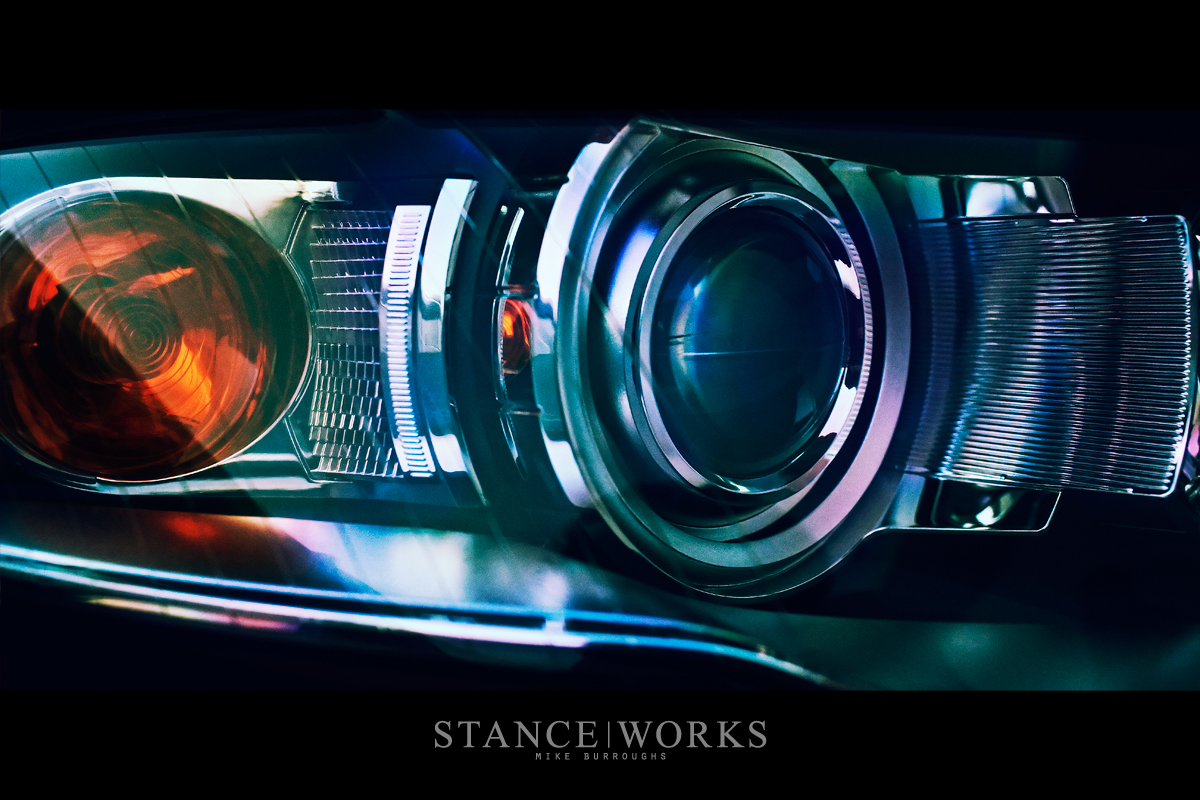 A few performance goodies give the RS4 a bit more power and liven it up. A set of Magnaflow downpipes mate up to an impressive Scorpion exhaust system, giving the once-sleeper sedan some much needed growl and bite. The Scorpion system features vaccum-assisted valves to open up the exhaust at higher RPMs as well, letting the 4.2L V8 really scream. GIAC software gives the car a bit more pep in the horsepower and torque department as well. The DIAs are wrapped in Falkens measuring 265/30 and 275/30 front and rear to put the power to the ground. 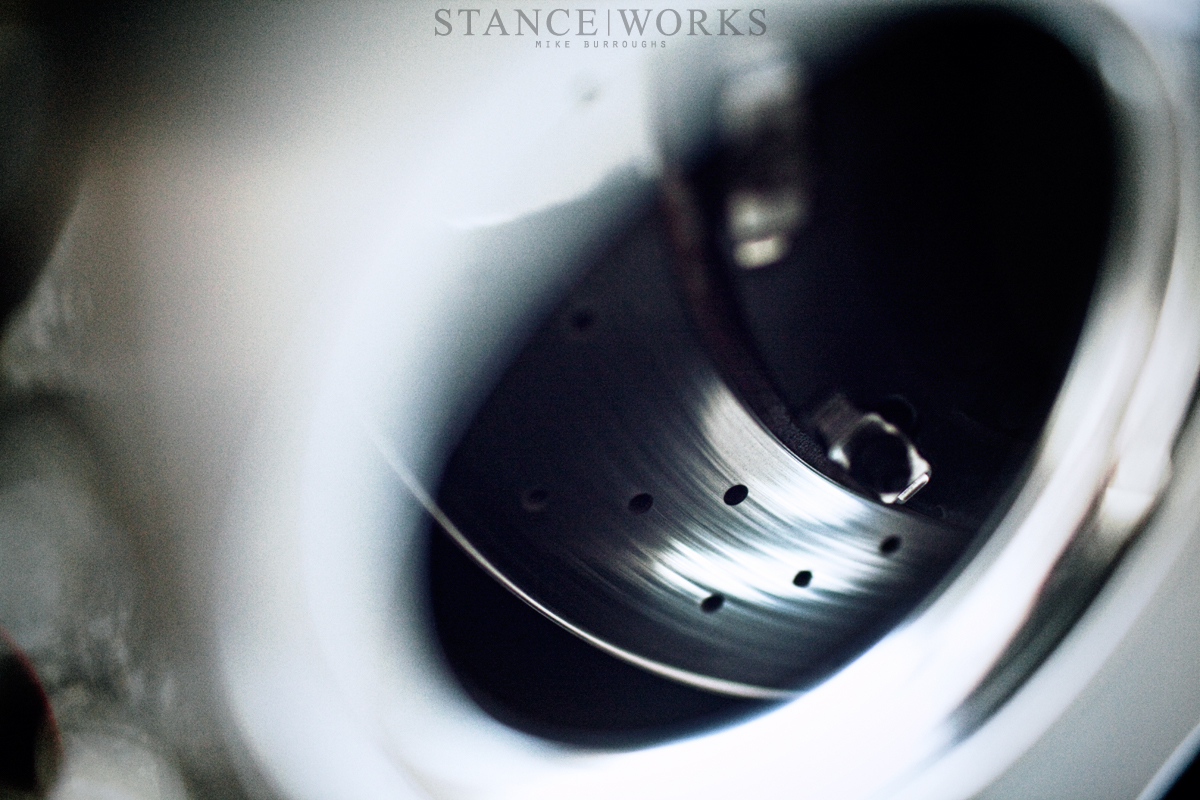 There's no shortage of stopping power either, with the large Brembo 8-piston calipers showing through the large round holes machined into the wheels. These massive brakes, and the transmission, are kept cool via NACA ducts formed into the car's undertray -- some seriously cool German engineering. Overall, the performance sedan holds up its end of the deal, delivering its promised performance in all aspects while delivering some very gnarly styling queues. It's certainly one RS4 that won't be blending into traffic. Instead, it'll be screaming past you, both audibly and visibly, in a style that could only come from the guys at Rotiform.

Here's to yet another quality Rotiform build. We're excited to see what's next. Rumor has it that the next project is already in the works. 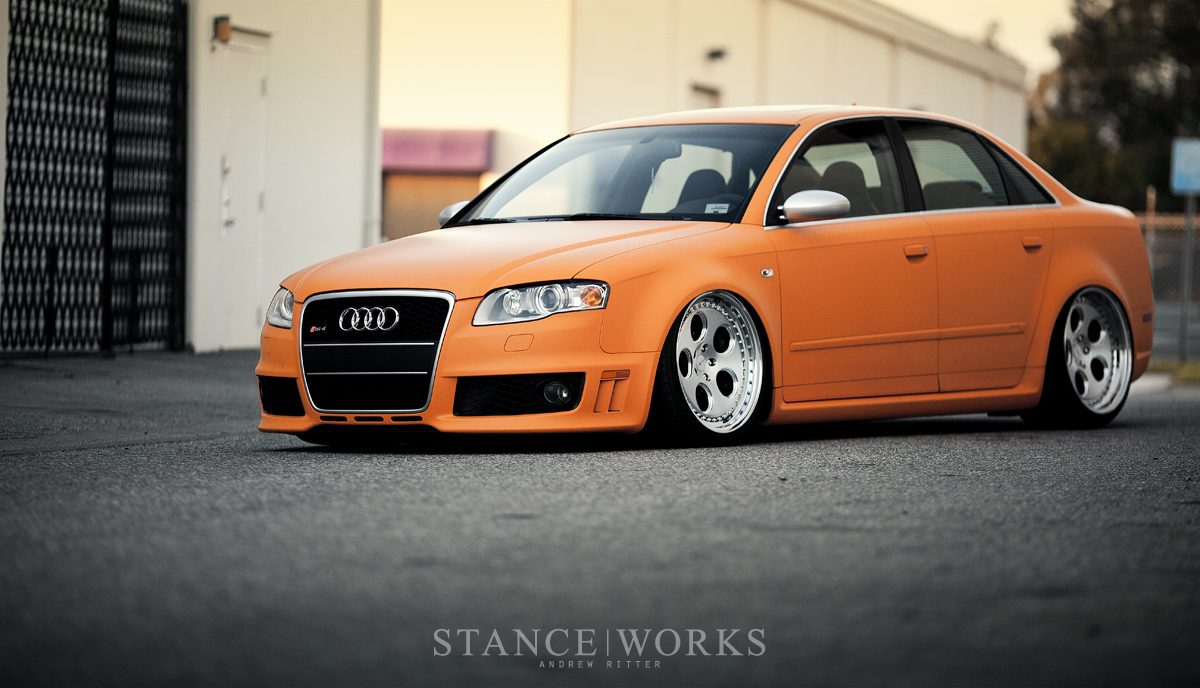