If you've ever had a need for a nice helmet, whether it's for autocross, motocross, BMX, or perhaps even road racing, you've certainly come to know what separates a run-of-the-mill helmet from something a bit more special. Helmets, in many ways, have become a staple of style, fashion, and even status in certain communities, with many people opting for expensive, yet well-designed helmets from the catalogues of designer names. However, for those wanting something truly special, nothing compares to a custom painted helmet. Helmet painting, one of the oldest, yet most respectable arts derived from motorsports, is far from dead. Brett King and his company, Brett King Design, keeps the tradition alive with his unbelievable hand-painted helmets. 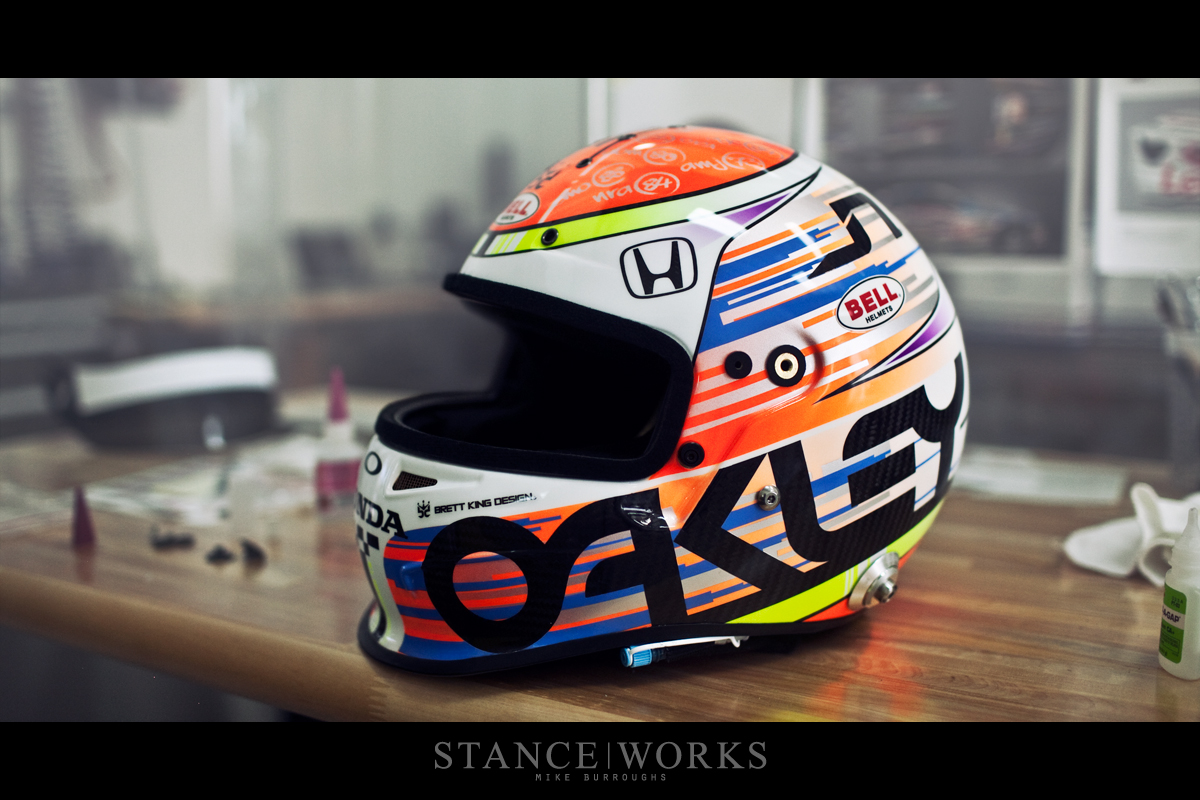 Brett King has been painting helmets for quite some time. When he was 15, he took the plunge; unable to afford a helmet from the renowned Troy Lee, his father encouraged him to try on his own. One might say that with some spray paint and a cheap airbrush, Brett King Design was unofficially born. The success of his first helmet brought his friends to him asking for their own custom paint jobs. It wasn't long at all before Brett was painting helmets full-time, not only for his friends, but for everyone from local motocross riders to the top Canadian pros. 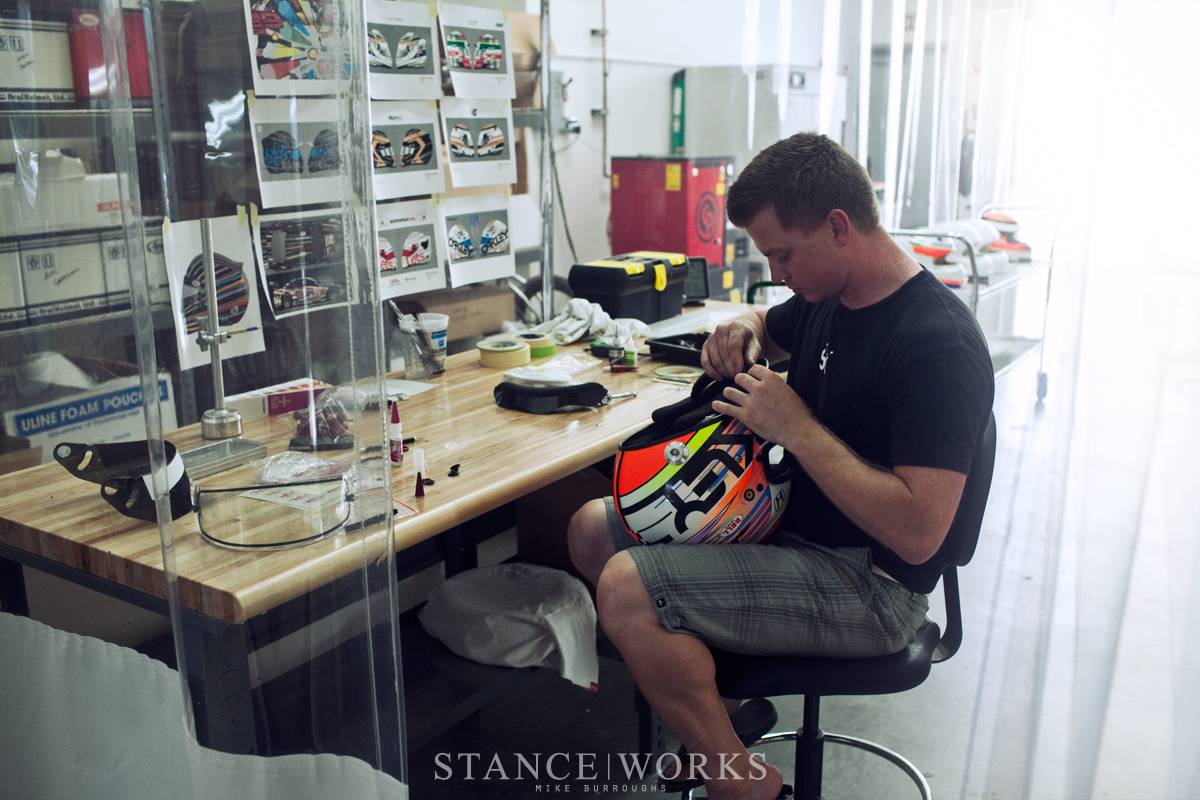 Brett found himself moving from motocross to BMX, a switch that undoubtedly helped his helmet painting business. He found himself painting for some of the top brands in the industry such as Mongoose, Haro, and GT, as well as teams all across North America. The shift in business and his skill in BMX finally landed him a more conventional form of income: Brett became the creative director of Felt Bicycles, where he stayed for the next 13 years. However, where many find themselves comfortable with a steady paycheck, Brett knew inside that he wanted to return to where his heart truly was. 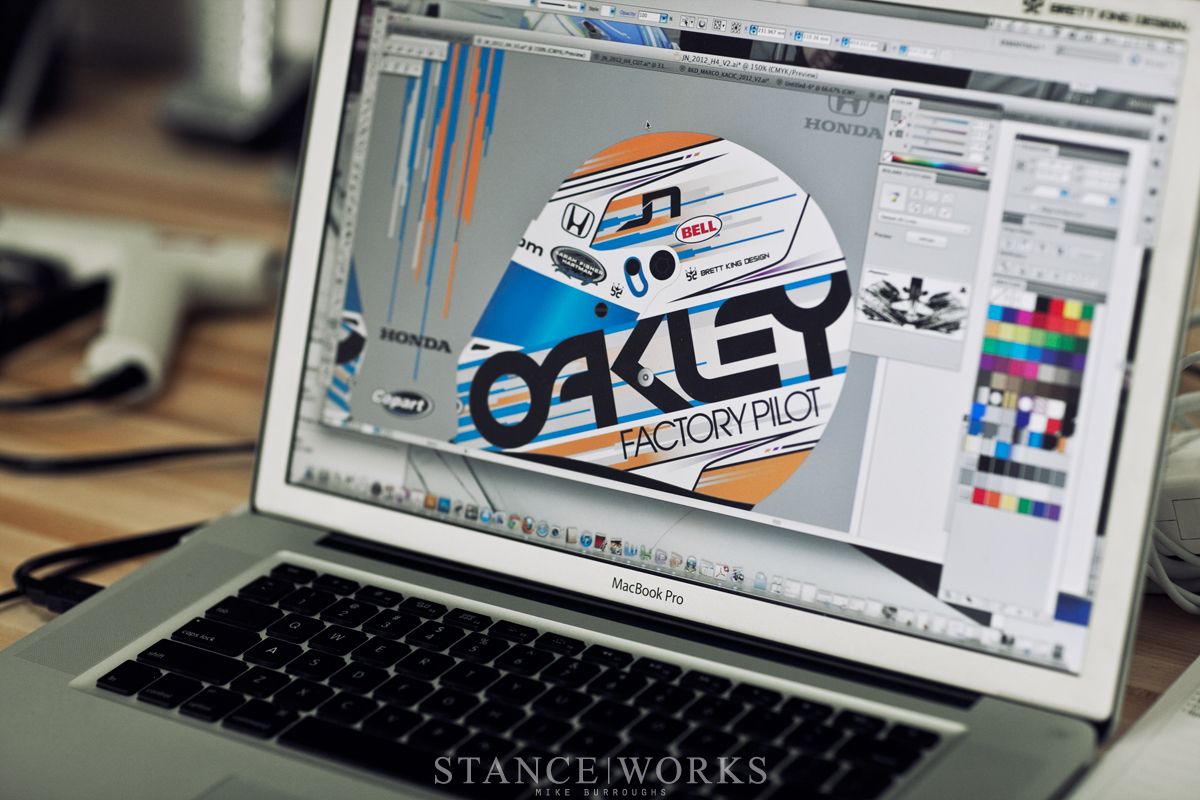 Brett left his job to pursue his dreams, and on August 15th, 2011, Brett King Design was officially in business. Brett was finally back in the game. Armed with his laptop, airbrush, tape, and ideas, all that was left was for Brett to put paint to helmet. Each and every design starts in Adobe Illustrator, where Brett lays out the artwork, color palette, associated livery,  and sponsors. 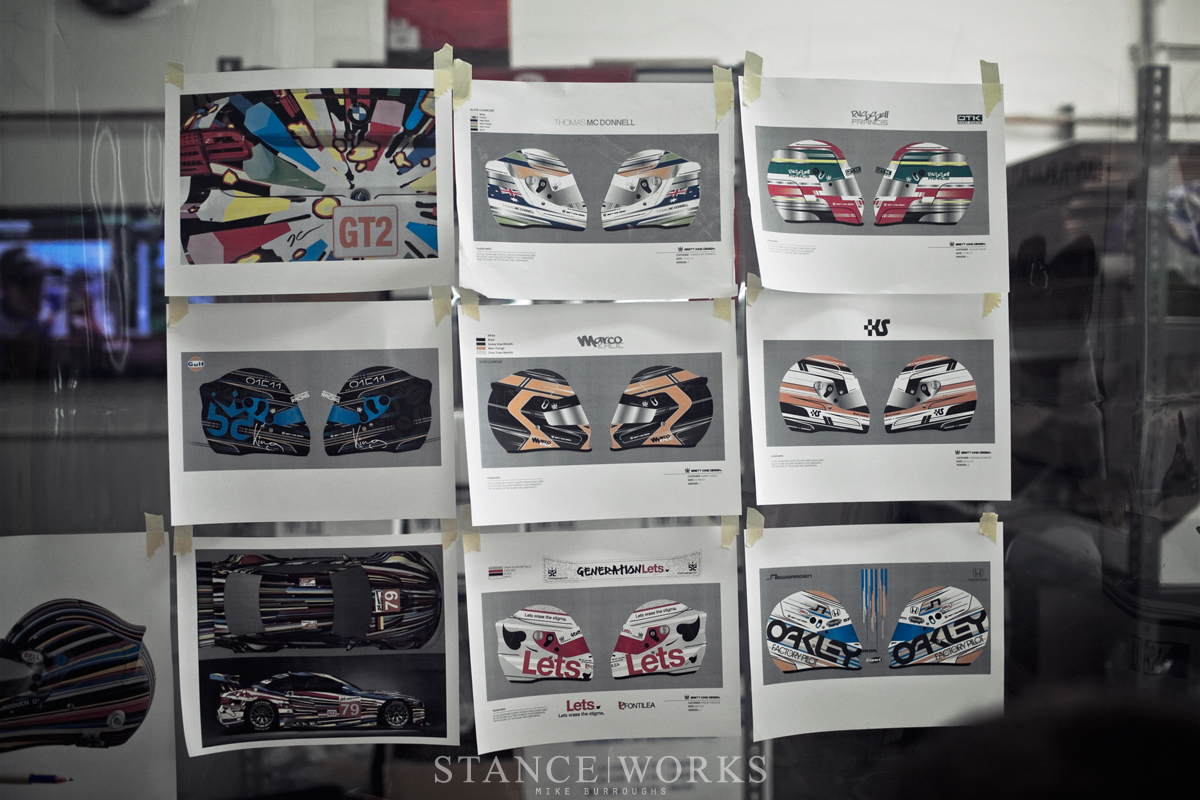 While one might assume after looking at his helmets that he uses some sort of template, Brett works entirely by referencing his printed layouts, dissecting and analyzing the required layers and ordering in his head. His unique and defined style is built around a system of lines, cuts, and the layering of each color. Through the use of tape and lots of masking, Brett takes what usually starts out as an all-white helmet and transforms it into something rather spectacular. 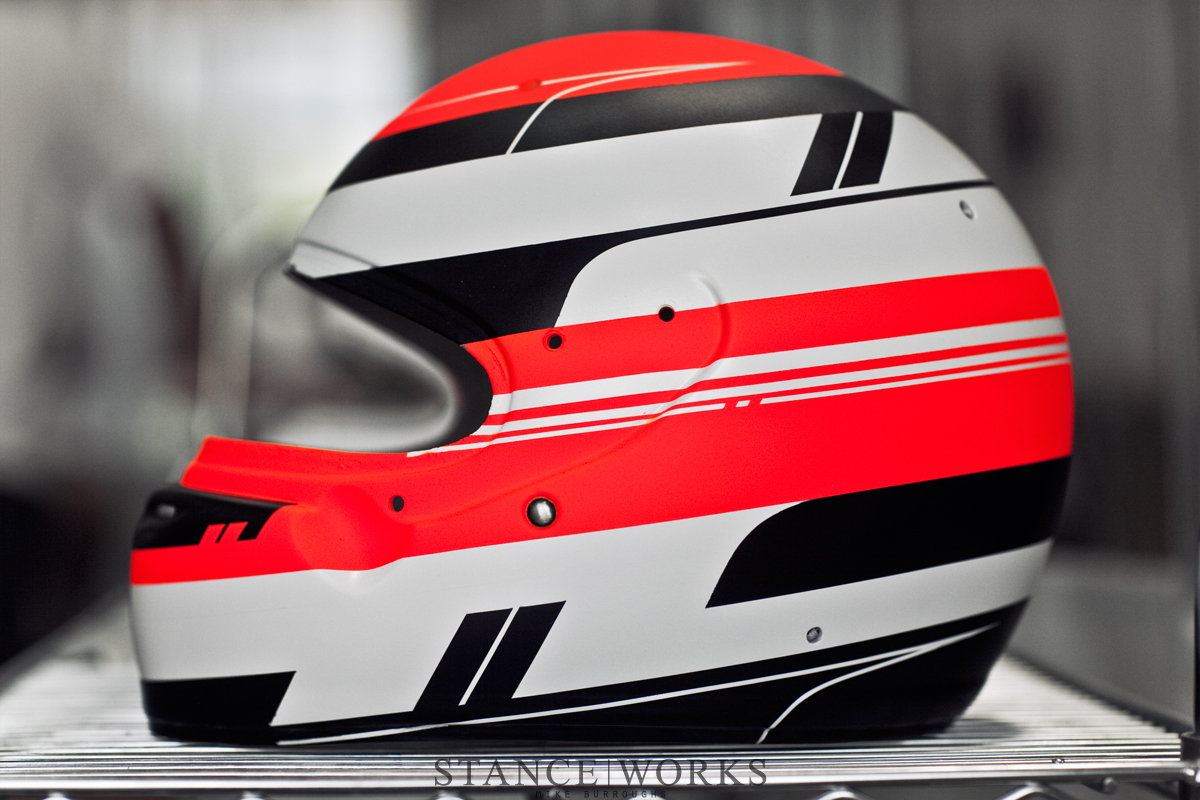 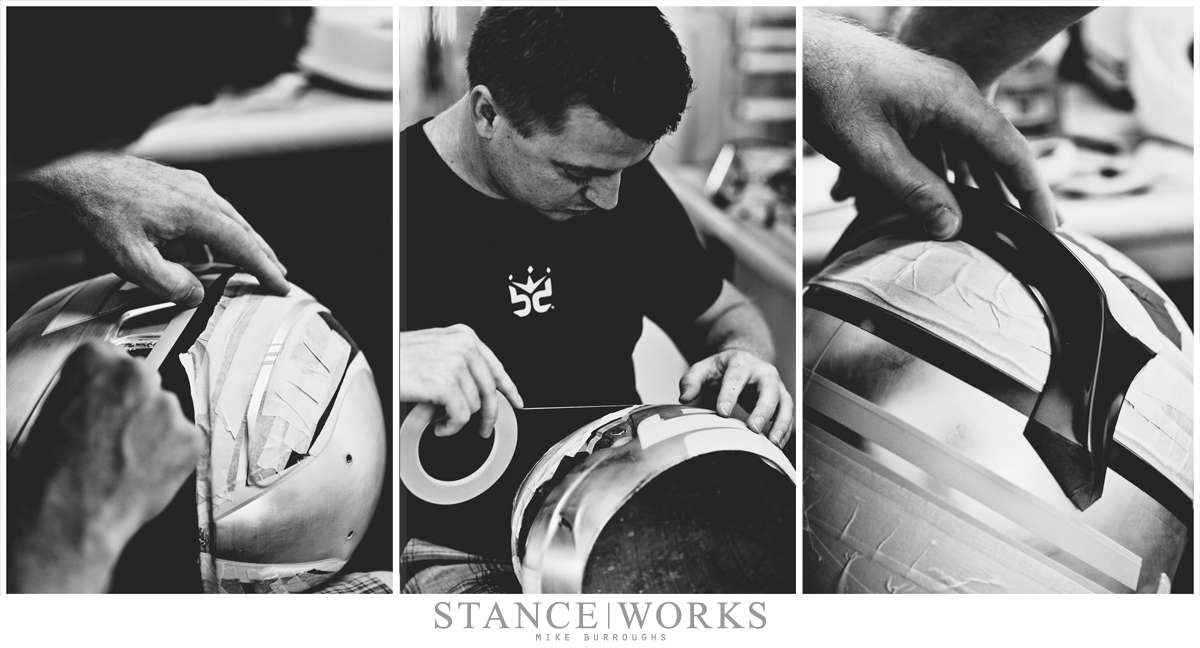 Each layer and line is laid by hand with what can only be considered the accuracy of a ruler. I asked Brett how he managed to figure out which colors go before others to ensure he arrives at his final design, a challenge I know would leave me scrapping helmet after helmet in order to get it all right. His answer was simple. "I just kind of figure it out as I go." I assumed he had it planned out in the design phase, however, there's no method to his madness. He designs, and then figures out how to make it happen. 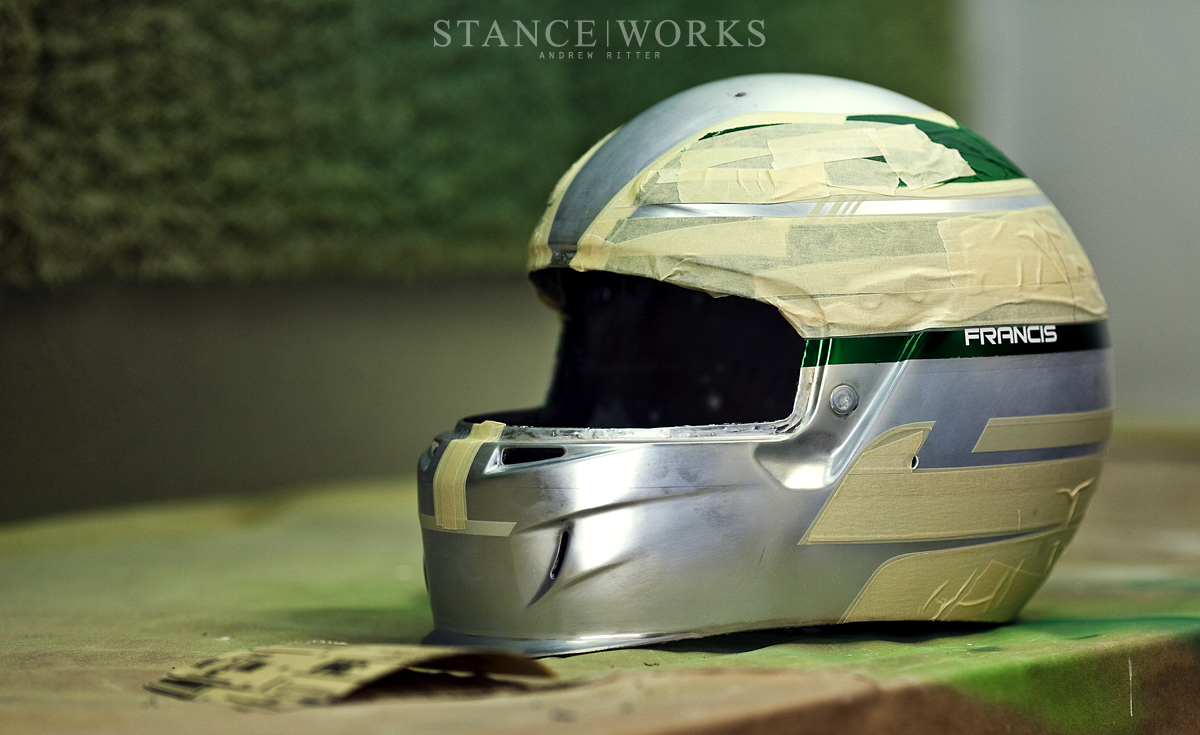 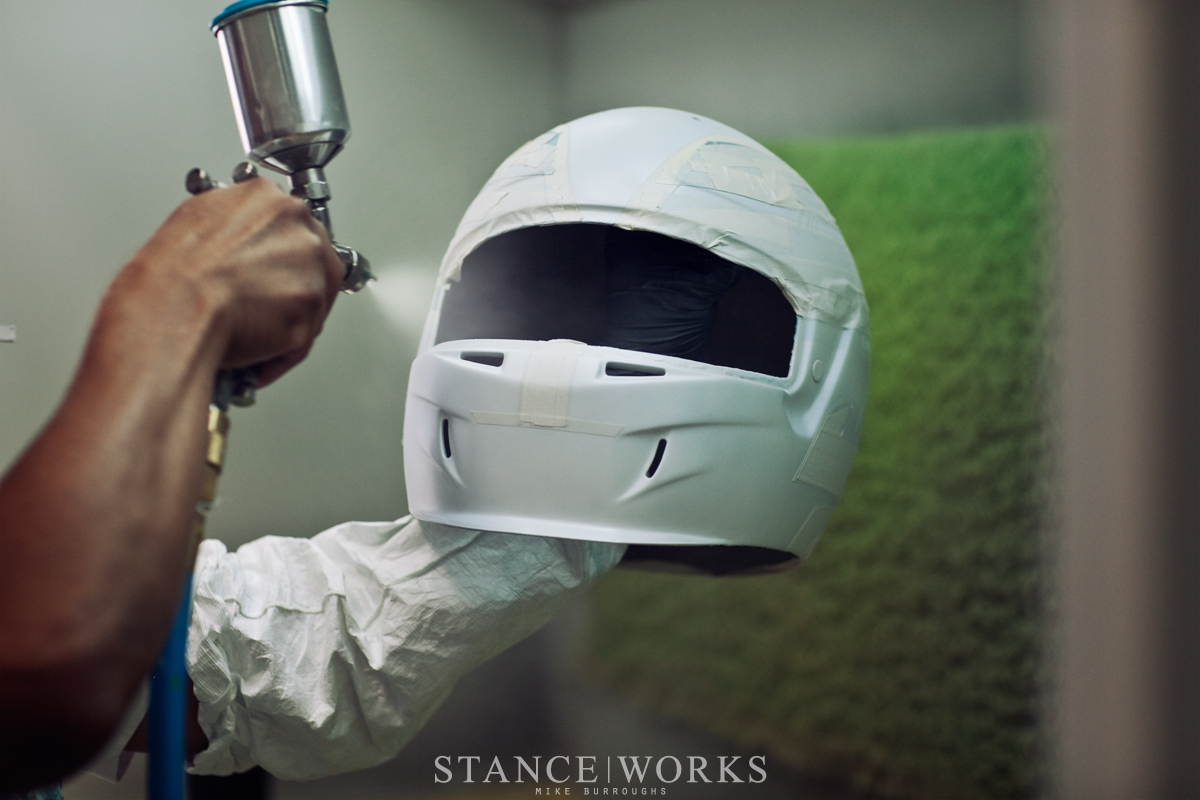 After an endless maze of masking and painting,  the results are mesmerizing. Brett's true artistic talent manifests itself in a style that fits helmet design to a tee, yet they stand alone in the field. His aesthetic is one-of-a-kind, and as such, people are knocking on his door. Our friend Joey Hand, driver for BMW, is only one of many that are now sporting Brett's works. His latest client, Indy up-and-comer Joseph Newgarden, is helping push Brett's work further into the limelight. The list continues; for Brett, his next goal is a helmet for a Formula One driver. 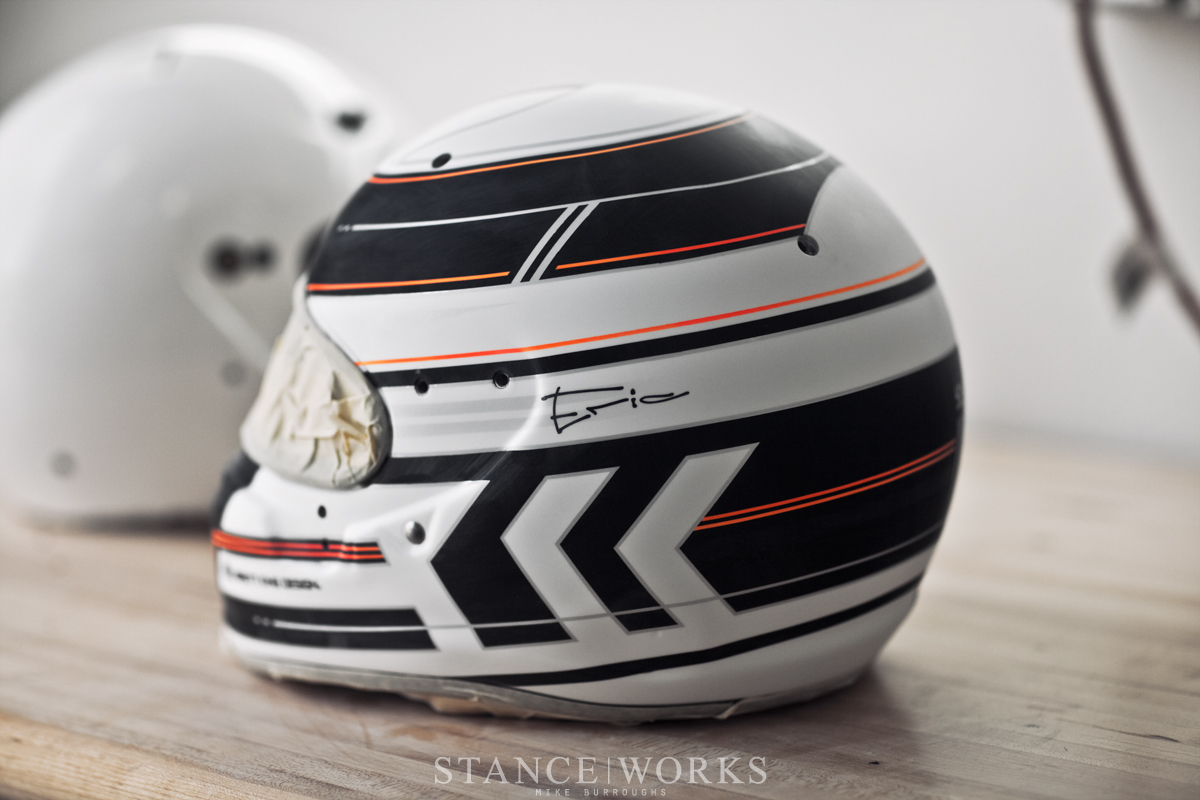 Brett's mentality and dream chasing fit the very ideals that brought StanceWorks where it is today. Brett left a comfortable corporate job to pursue his craft and talents, and while it's no match for the stability the corporate world can offer, there are those of us who are impassioned by what we do to make it worth the trouble and efforts. After his first very successful year, we're quite excited to see where Brett King Design goes. 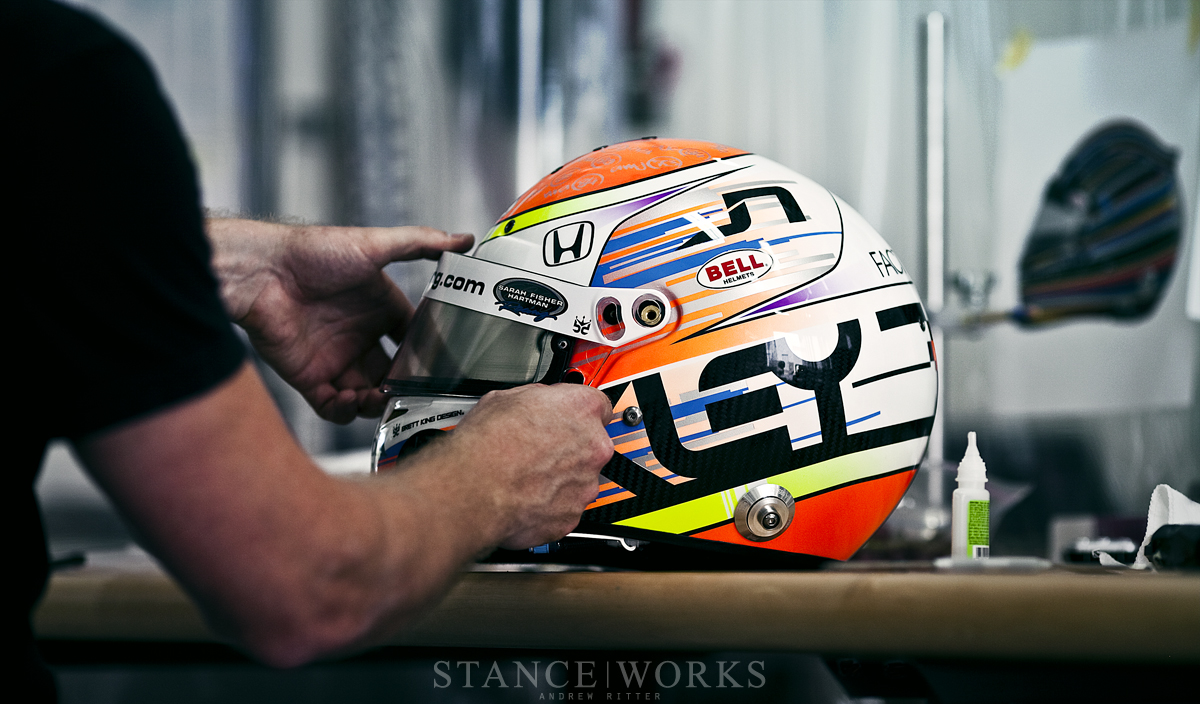