Last week, Andrew and I packed our bags for Ohio, Andrew's home turf and old stomping grounds. We'd be joining BMW Team RLL for the sixth race of the ALMS series, this time at the classic Mid-Ohio Sports Car Course. The summer humidity was a literal warm-welcome back to our home-side of the country. The lush green grass and midwestern trees offered the perfect setting for the latest American Le Mans Series race; the perfect contrast to the sands of Laguna Seca. The team's 4th podium finish of the season keeps them in 2nd place in manufacturer points, but not without a serious fight. 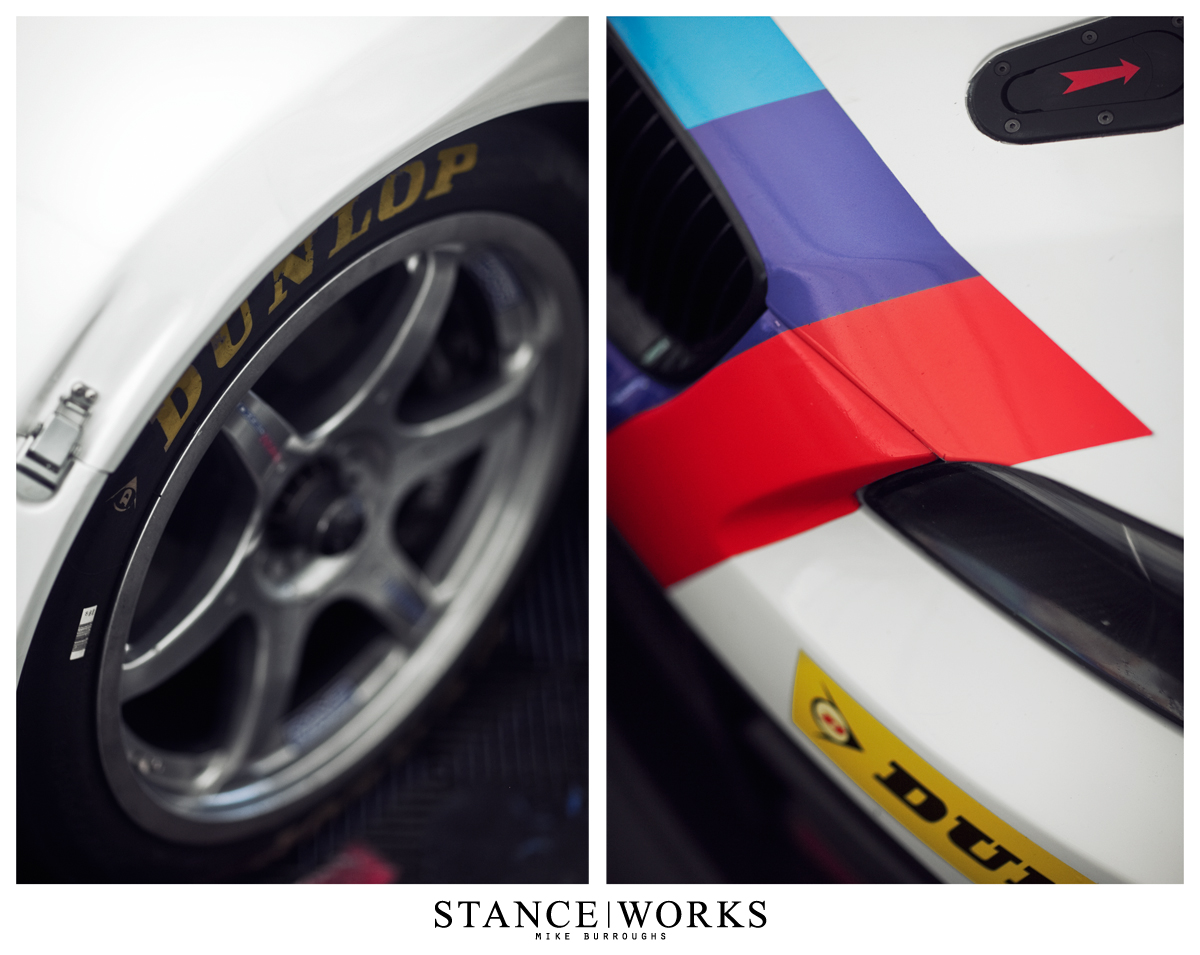 Just an hour away from the weekend's venue lies Team RLL's headquarters, the Rahal facility in Columbus, Ohio. The 60,000 square-foot facility houses all of the necessary equipment to both develop and maintain Rahal's IndyCar program as well as the the BMW ALMS team and others. A number of racing's more notable cars have been built in the very stable that houses the pair of M3 GTs, leaving no surprises to the pedigree of the team and machines. 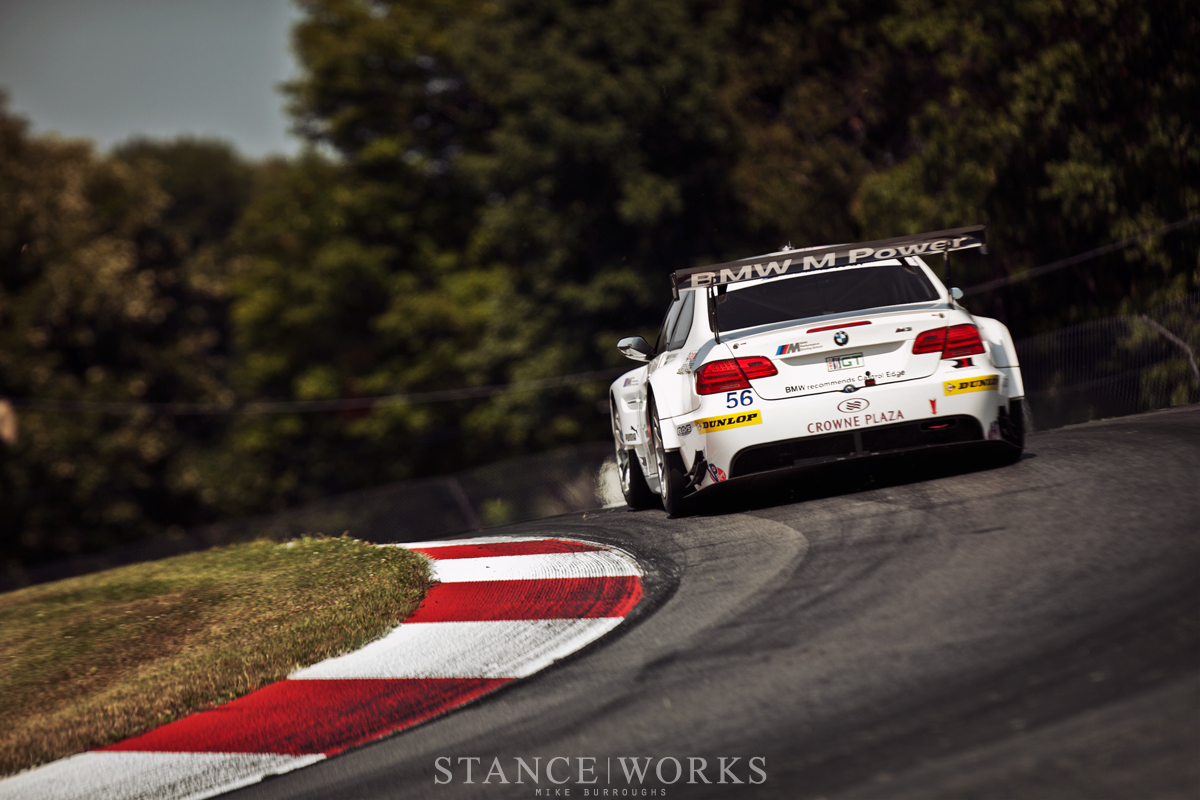 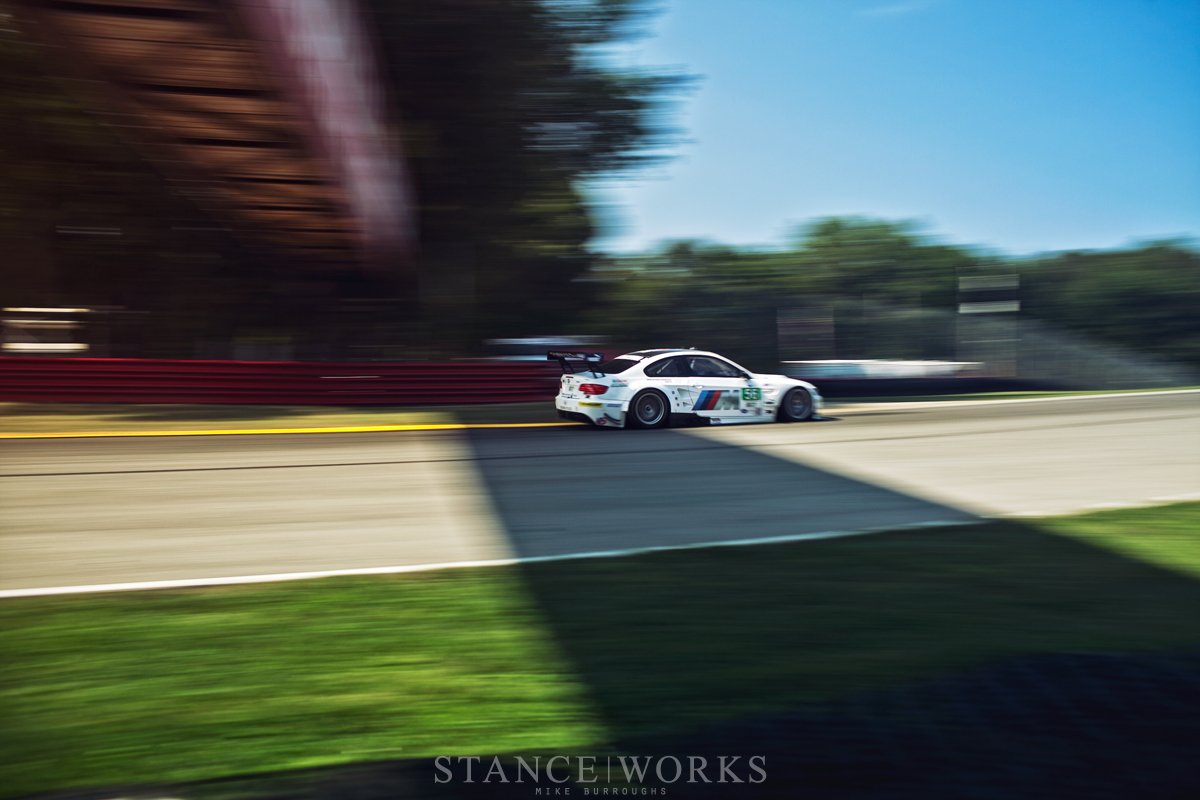 We arrived at the track on Thursday to join the team for their final test sessions. The team prepared for qualifying and the twins were given a chance to stretch their legs a bit since their race at the Gran Prix of Mosport 2 weeks ago. After the "dust and the cobwebs" were cleared and final adjustments were made, the team packed up for a good night's sleep. 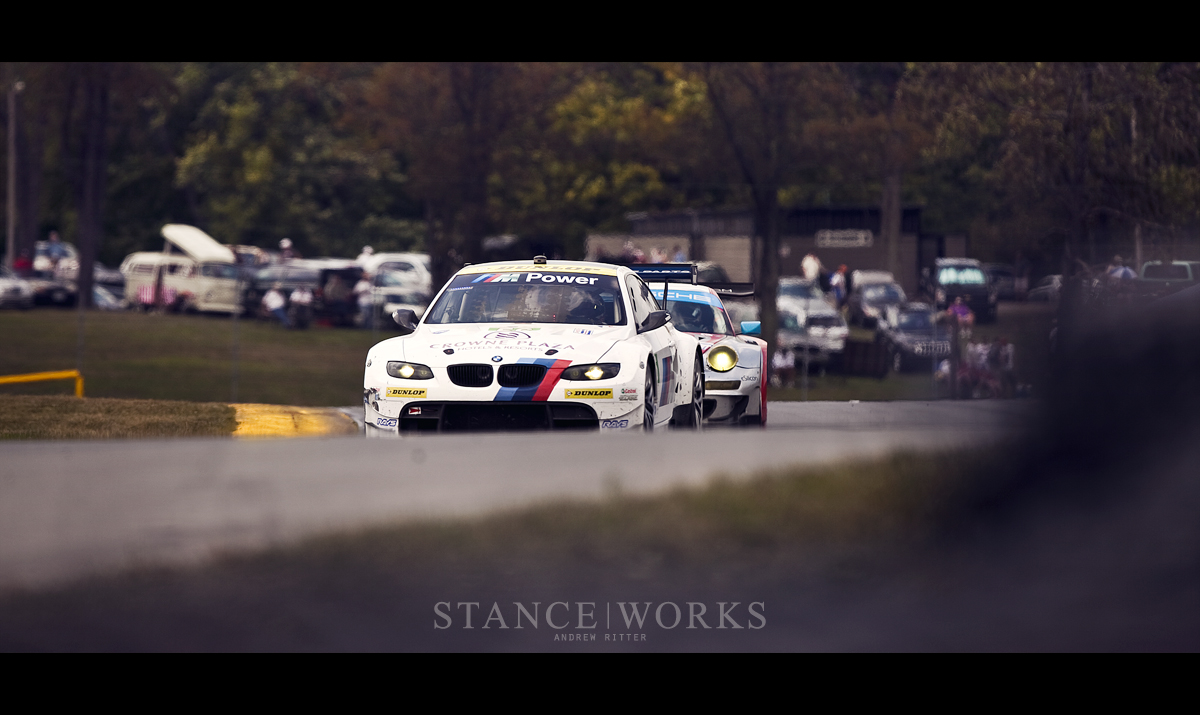 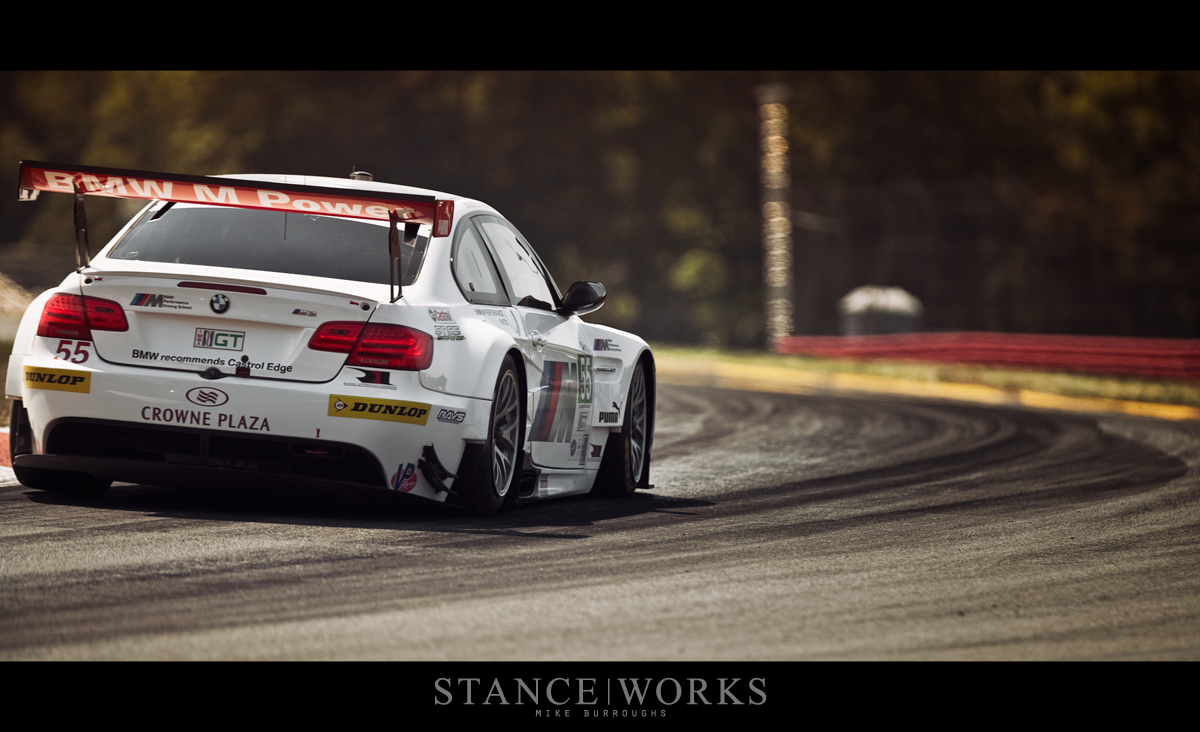 Friday came no later than expected, with the familiar early call of race (or in this case, qualifying) day. Two short practice sessions were given to the team in typical ALMS fashion, followed by the standard 15-minute qualifying session. The ranks of the GT class hit the track in an attempt to set the fastest possible lap times, securing their position in the starting grid on Saturday afternoon. The boys qualified for pole and 7th, with a mere half-second separating the top 9 in the field. 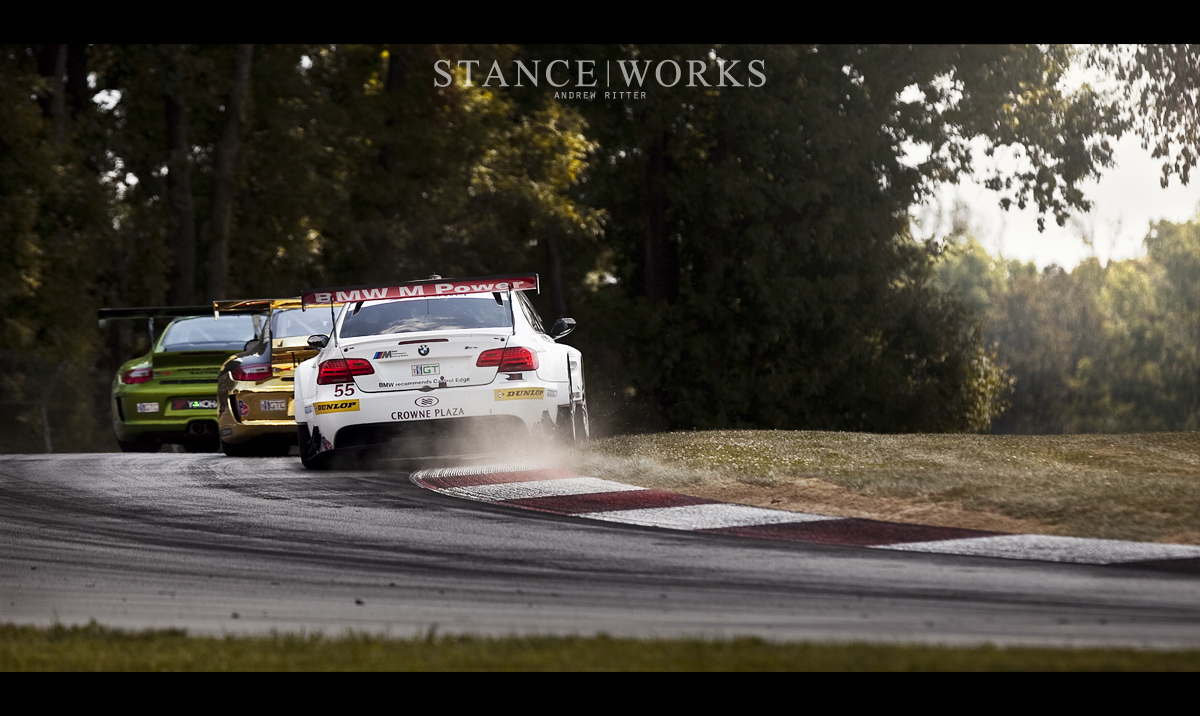 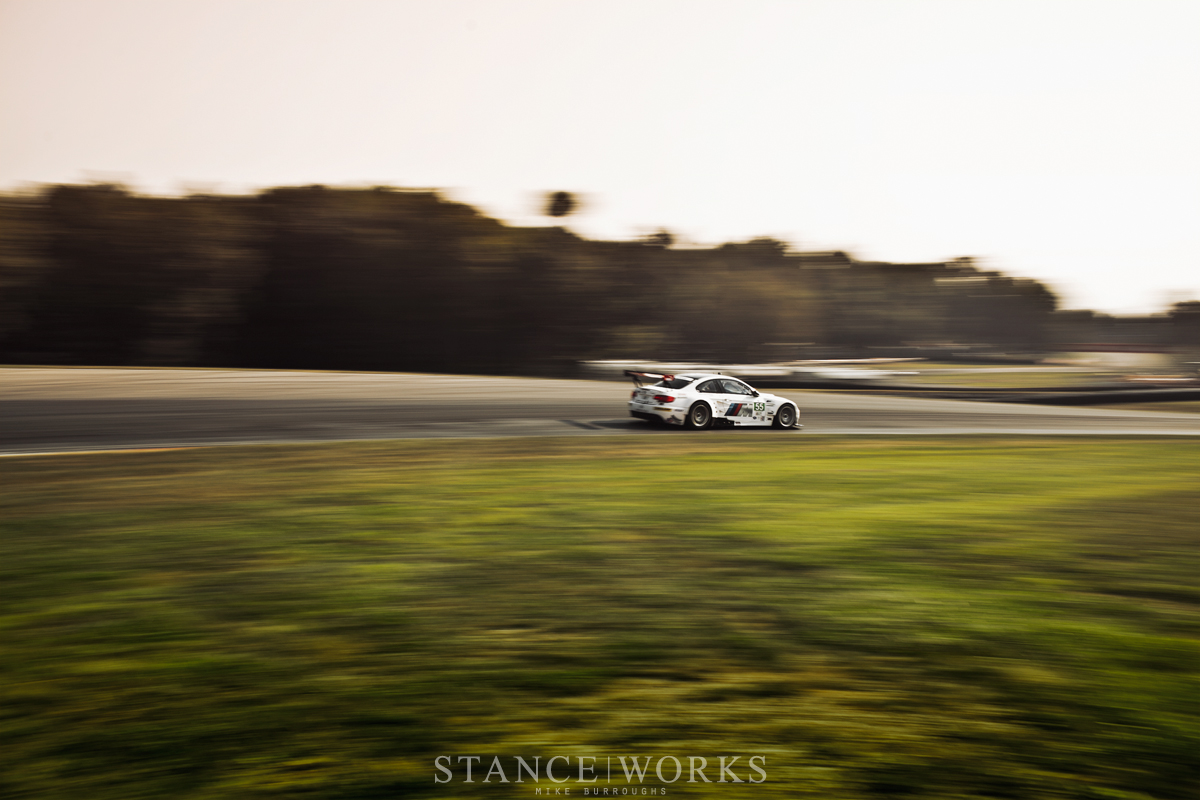 With Bill Auberlen and Jörg Müller sitting comfortably at the top spot in the #55 M3, final modifications and repairs were completed on Saturday morning. Joey Hand and Dirk Müller strategized on how to make up lost ground due to their 7th place starting position. But, how much strategy can truly come in to play? While well-engineered cars and superior driving skill both play the lead roles in winning races, there's substantially more at play.

Tires, arguably one of the most important parts of the cars themselves, play a massive role in what it takes to win races. Beside team RLL is Dunlop, credited with more than a couple of race wins throughout their 124-year history. As the team worked on the cars, the Dunlop crew mounted tires on the several dozen sets of BBS race wheels Team RLL had brought with them. The tires themselves are no ordinary motorsport tire, however. They are, in fact, developed exclusively by Dunlop Motorsport for the pair of BMW M3 GTs, which is an obvious leg up on the competition. 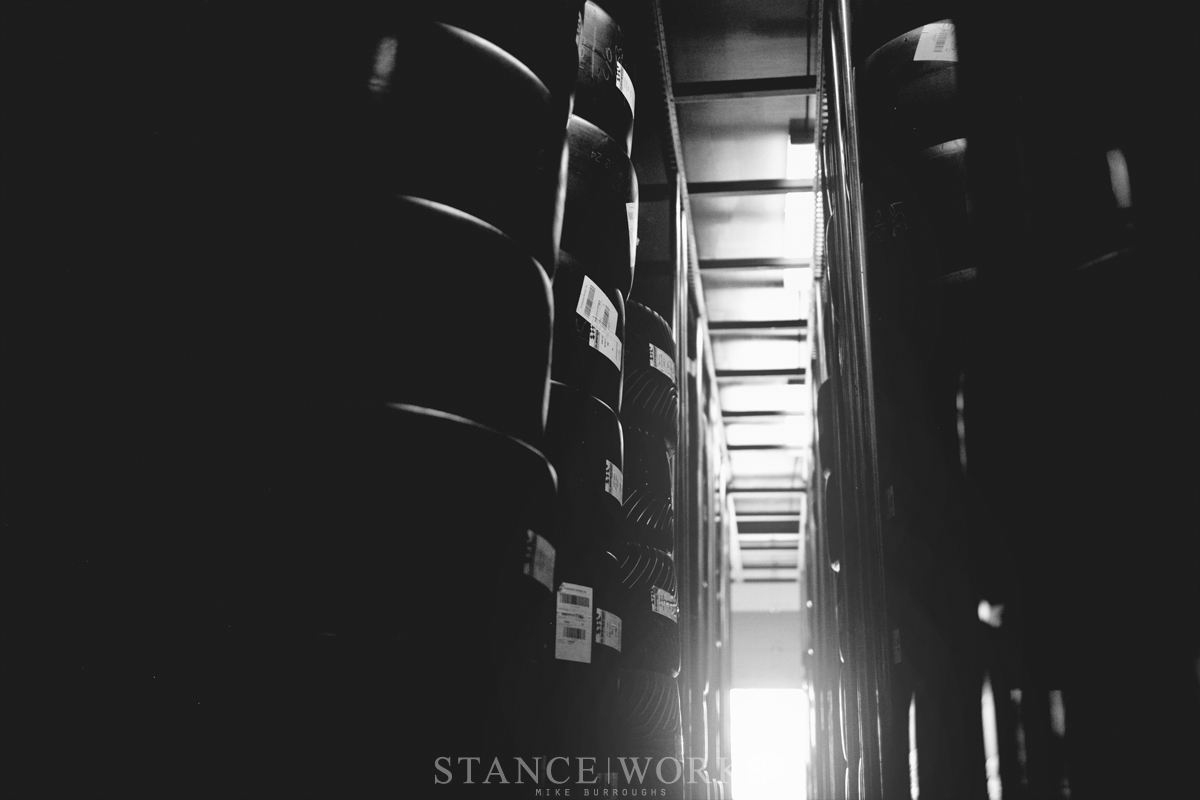 There's more strategy at  play than tire choice and properly timed tire changes. In fact, in order to pull off a victory, Rahal says “With all the restrictions the series has placed upon us, and the freedoms they have given to the competition, we are just not fast enough. There is an obvious imbalance evident in the last few races and I hope that the ALMS will do the right thing. When you know you don’t have the pace you have to rely on strategy and luck. This week the Corvette had an incident and we got lucky again. We need to get back to fair and equal footing and give these guys a run for their money.” 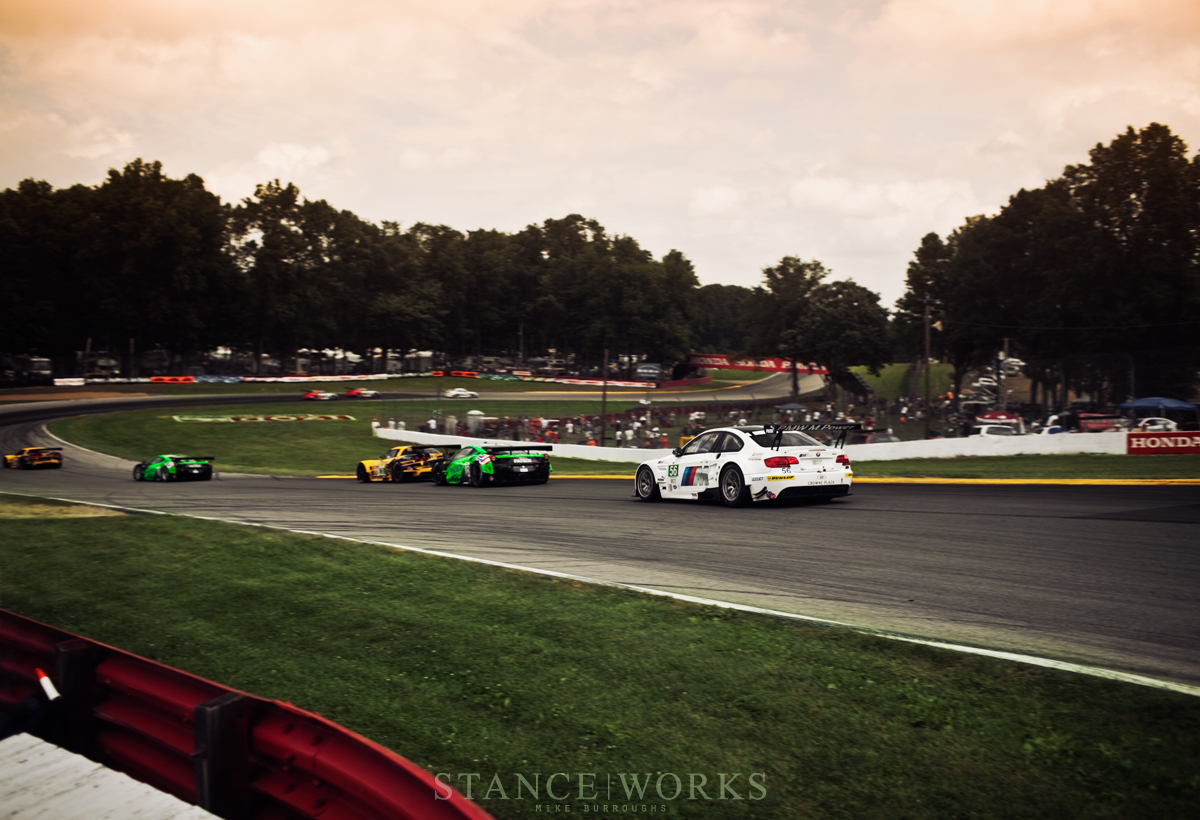 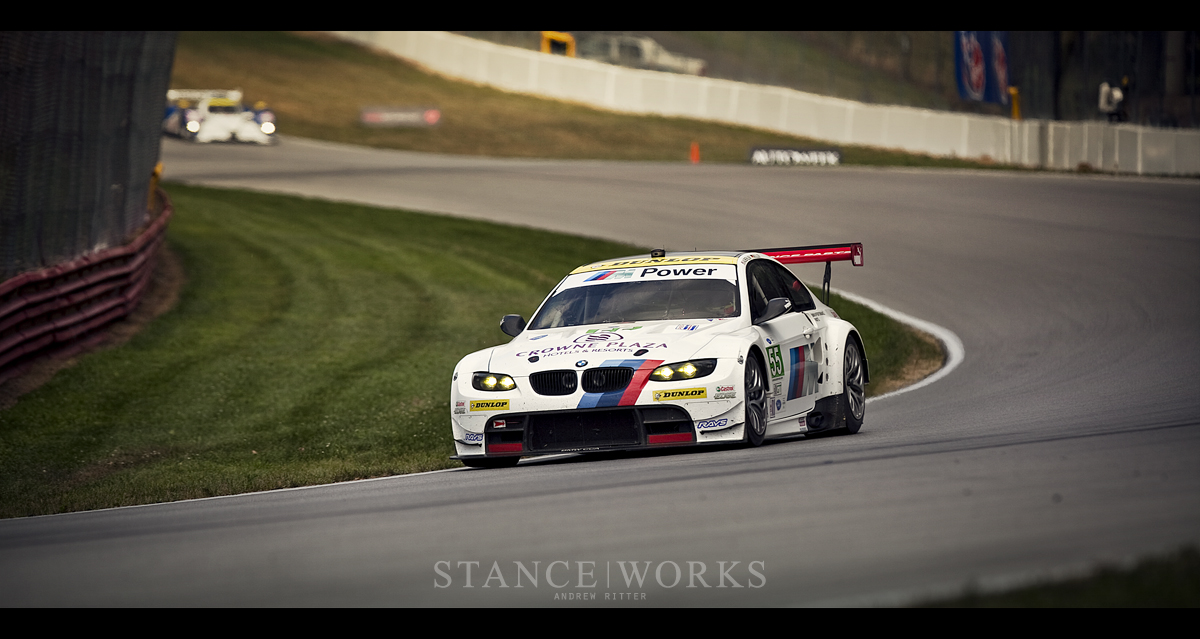 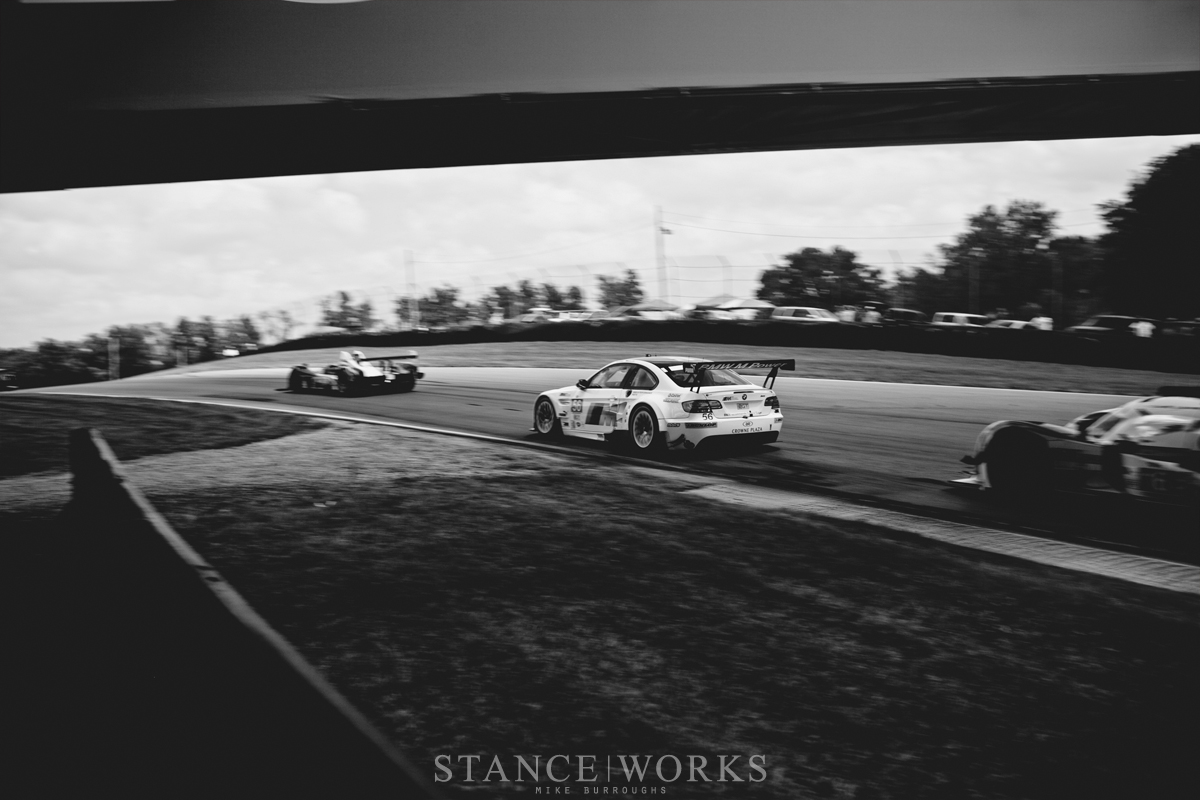 However, if there's anyone with a bit of both (and we'll certainly say more strategy than luck), it's Bobby Rahal. As one of motorsport's living legends, he knows what is needed to take top spot on the podium. Strategy, unfortunately, can't always make up for the unexpected. Auberlen and Müller lead the race by a great distance until the first pit stop brought on the weekend's first unfortunate hiccup. As Jörg piloted the car through pit lane, he violated the pit lane speed limit, netting him a stop and go penalty.  "There is one button to push for the pit speed limiter. I pushed the button and I got a speed violation. We need to look into that data. We are all working very hard, but we need to be able to fight for better results.” 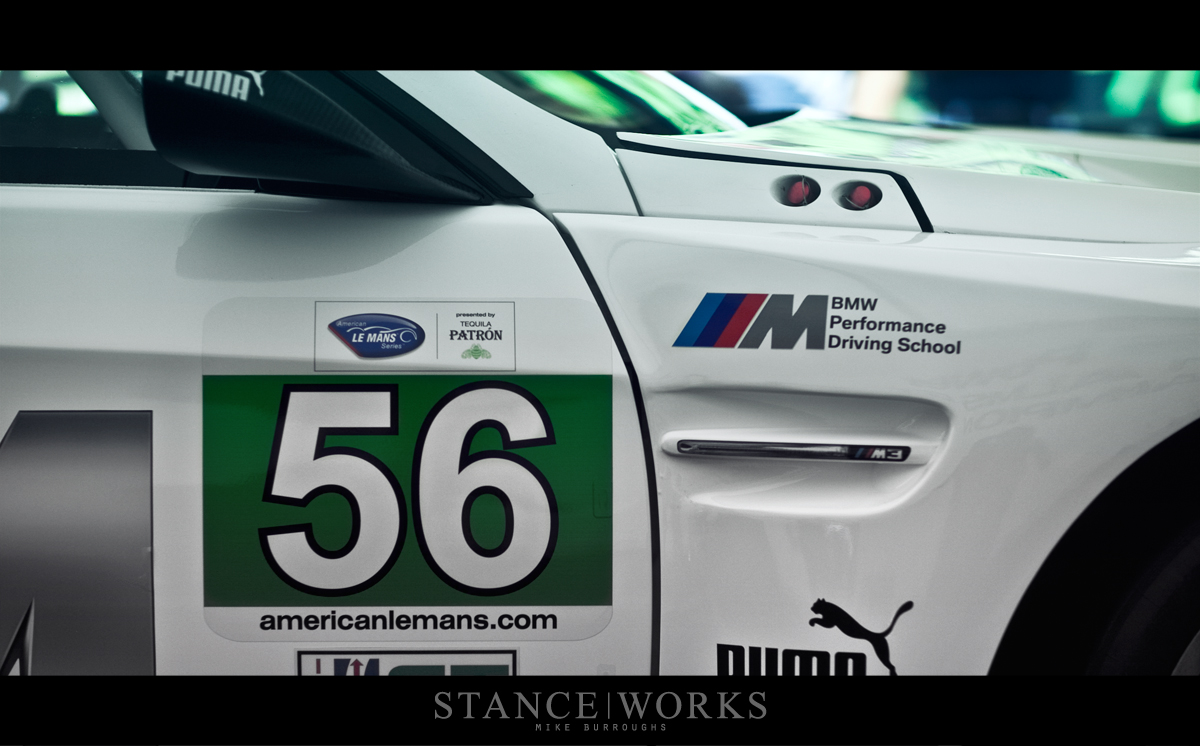 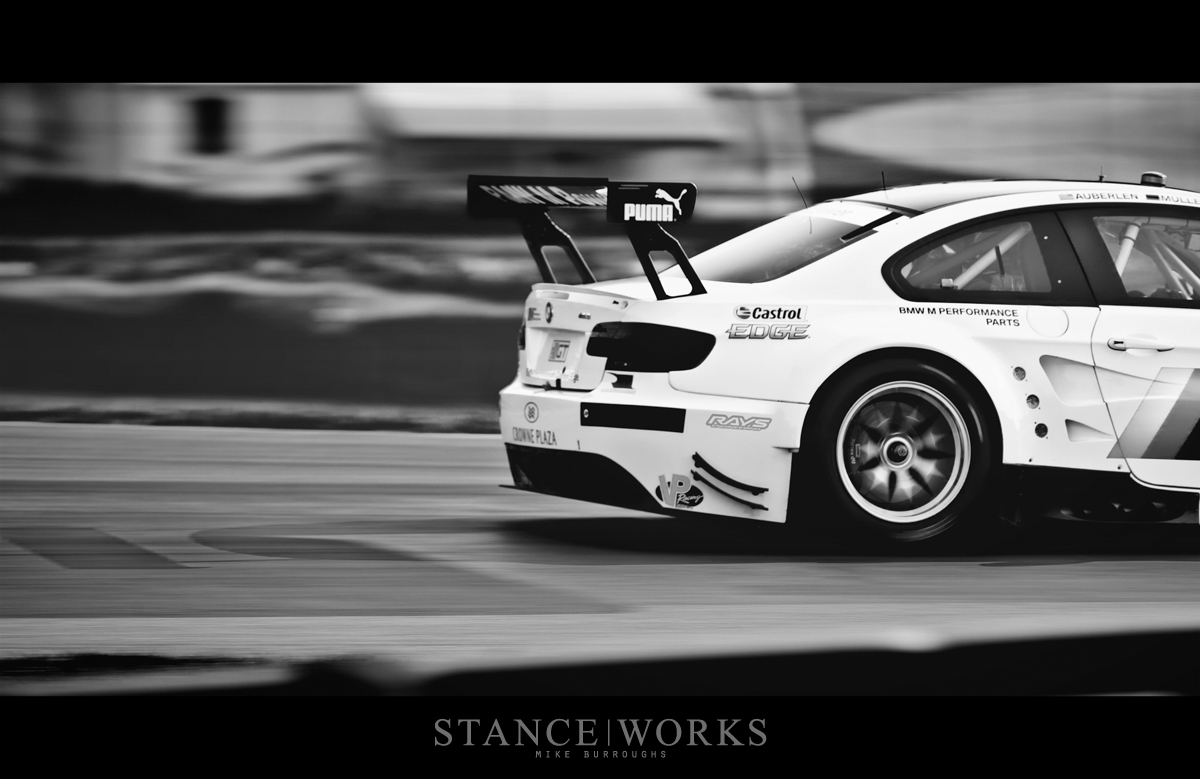 To pair with #55's unexplained mishap was an equally unfortunate scenario in the #56 car. Dirk Müller said "To add insult to injury, when I got in the car the tear-off glue stayed on the windscreen and I could hardly see anything in front of me. I had a view to left and right, but it was very difficult to drive one hour almost blind. It was a tough day at the office.” While strategy was in the hands of Team RLL, lady luck seems to have failed to save the date. 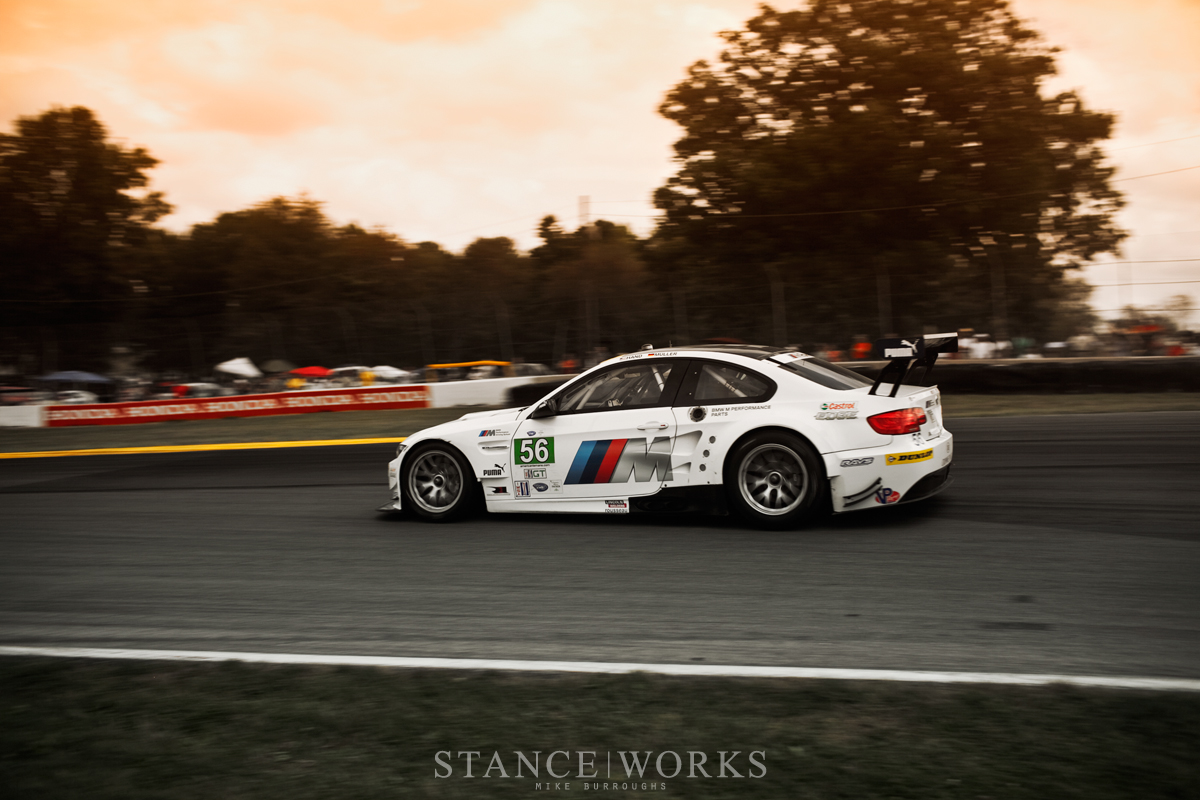 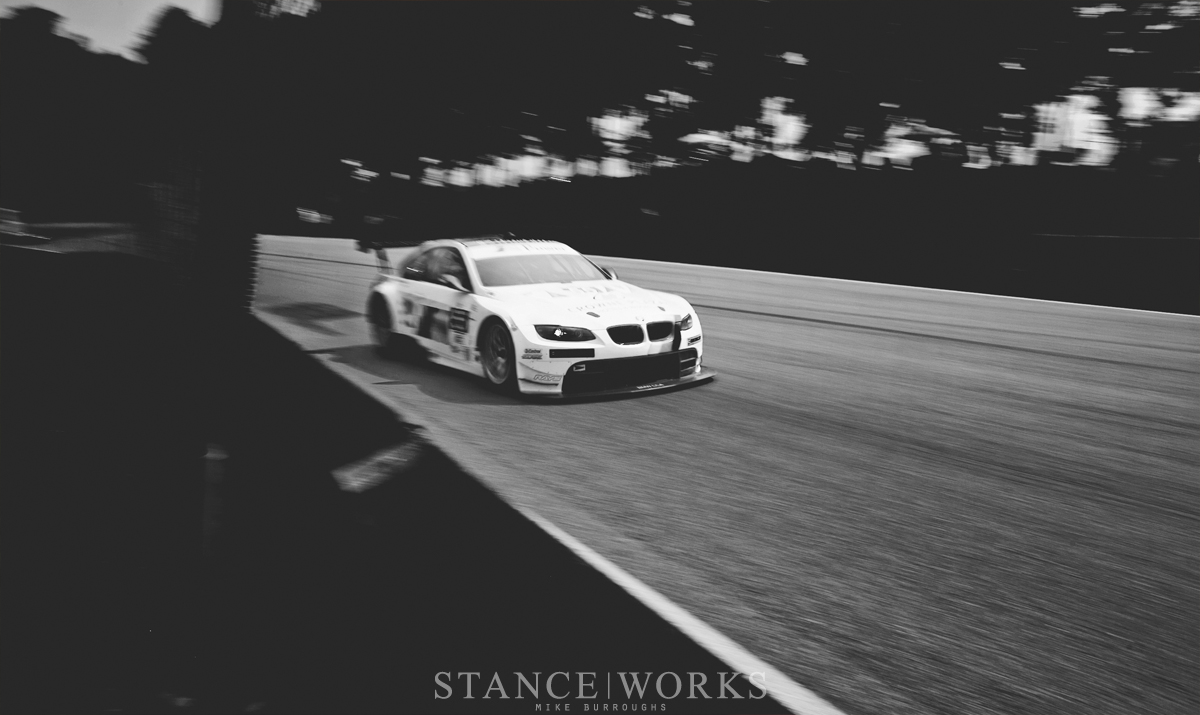 “I had to be aggressive from the green flag because we were starting from quite far back. I gave it everything I had and tried to make some waves. I gained some positions, but we just don’t have the speed on the straights. It is just too easy for everyone to get past us," said Joey Hand, Dirk's co-pilot for the #56 car. He shares the same sentiment with Rahal. After conquering ALMS as manufacturer champions in both 2010 and 2011, the restrictions placed on the BMWs seem to not only have leveled the playing field, but have given hand to the opposition. 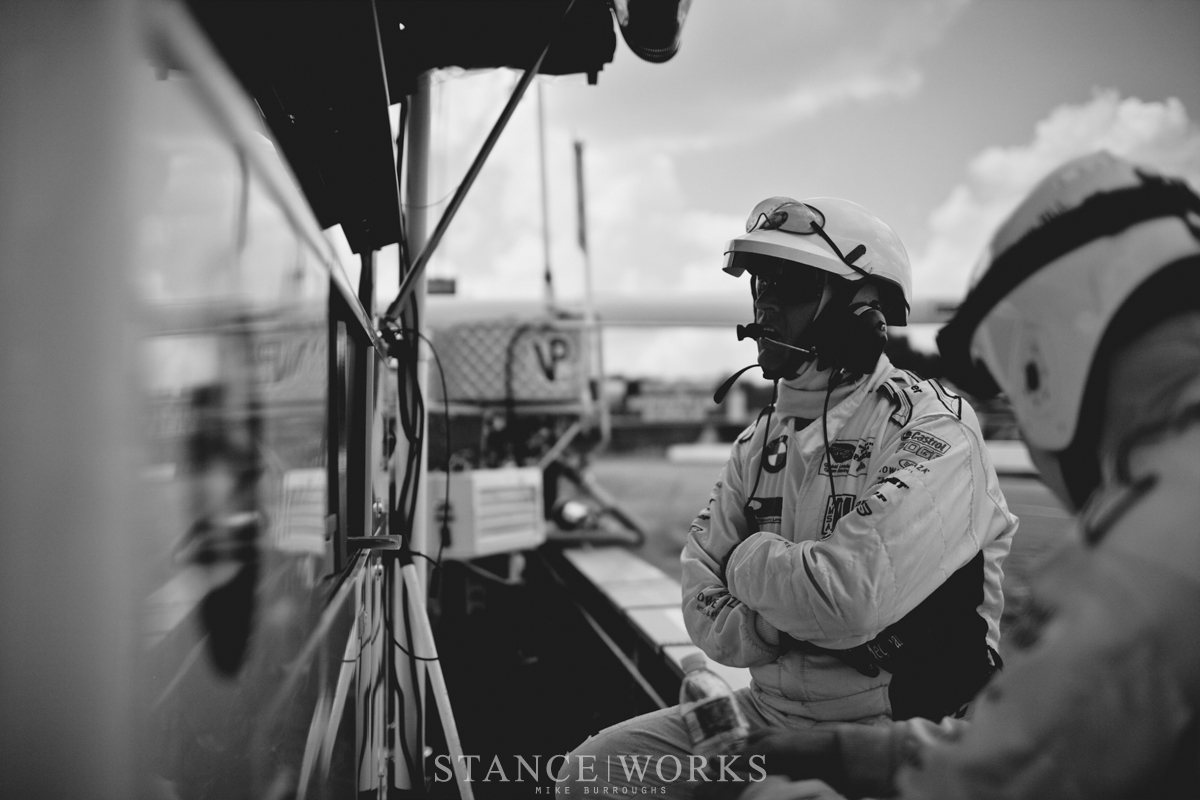 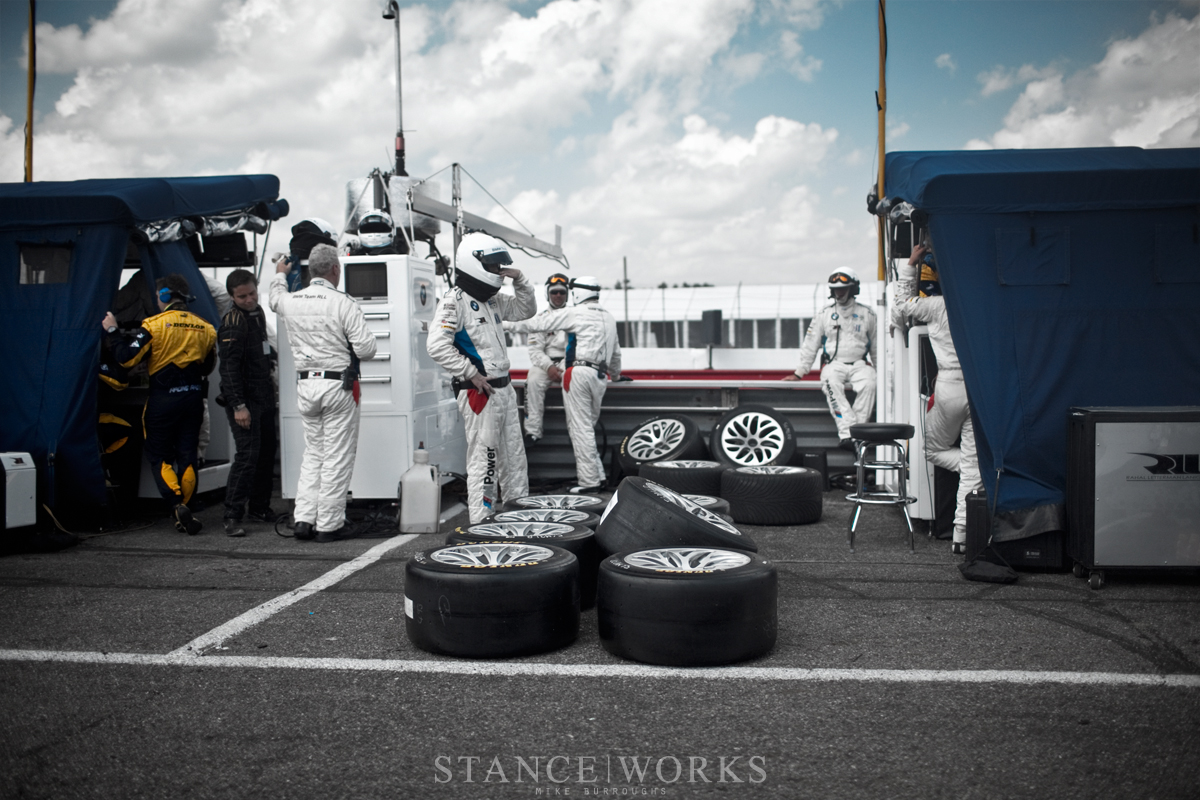 However, through the hardships of race day, it should prove no surprise that Team RLL remains competitive, continuing to hold the 2nd place position, with their eyes in sight of a potential #1 for the third year in a row, despite the penalties placed upon them. The M3s pulled ahead of the competition, screaming past the grand stands lap after lap. Their unique, bavarian wailing warned of their approach to the competition; a constant reminder that BMW Team RLL has no intentions of backing down. 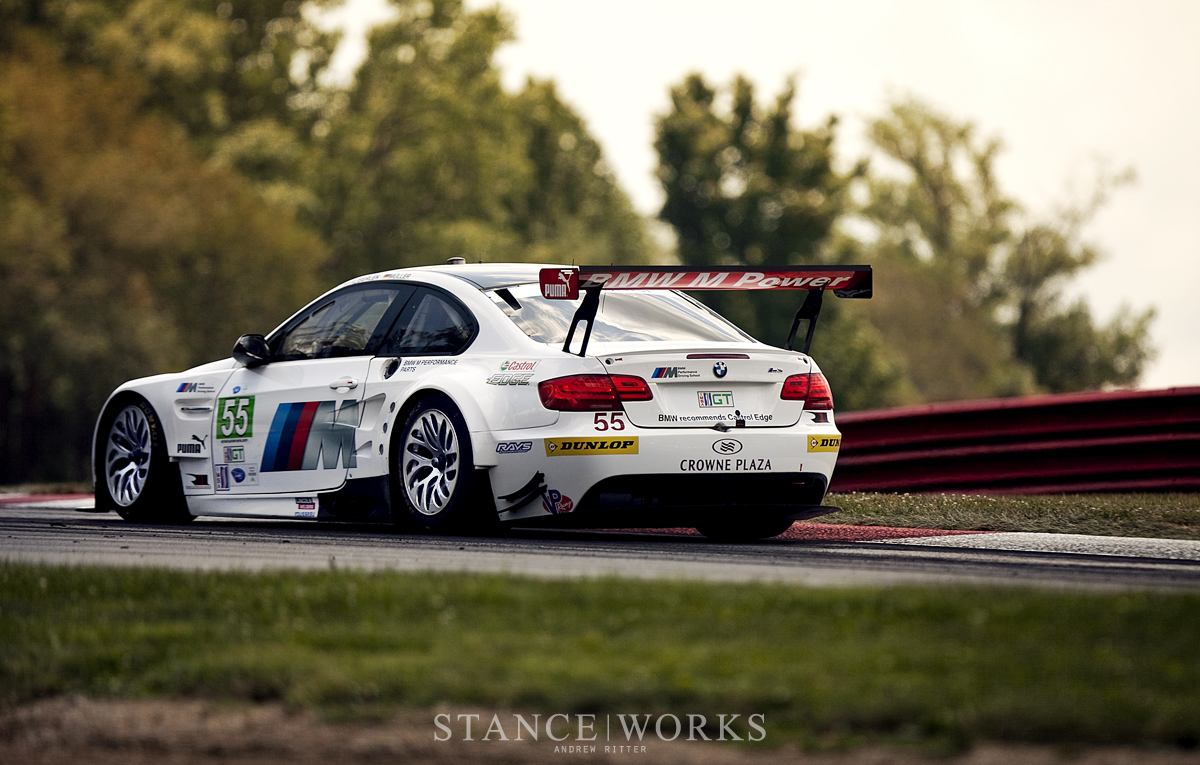 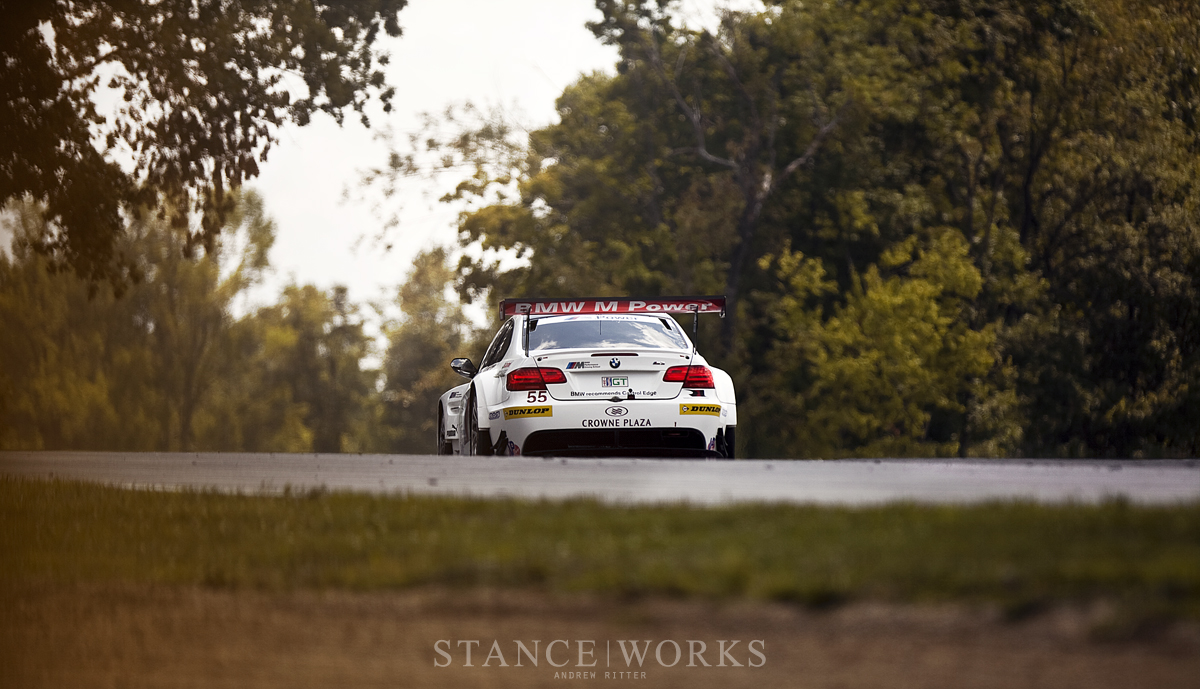 The fight through the almost-3 hour race earned Auberlen and Müller a third place finish, as well as the team's second Michelin Green X Challenge trophy of the season, awarded to the fastest, most fuel efficient team on the track. Müller and Hand placed 5th after starting 7th, a notable gain in a field of intense competition. 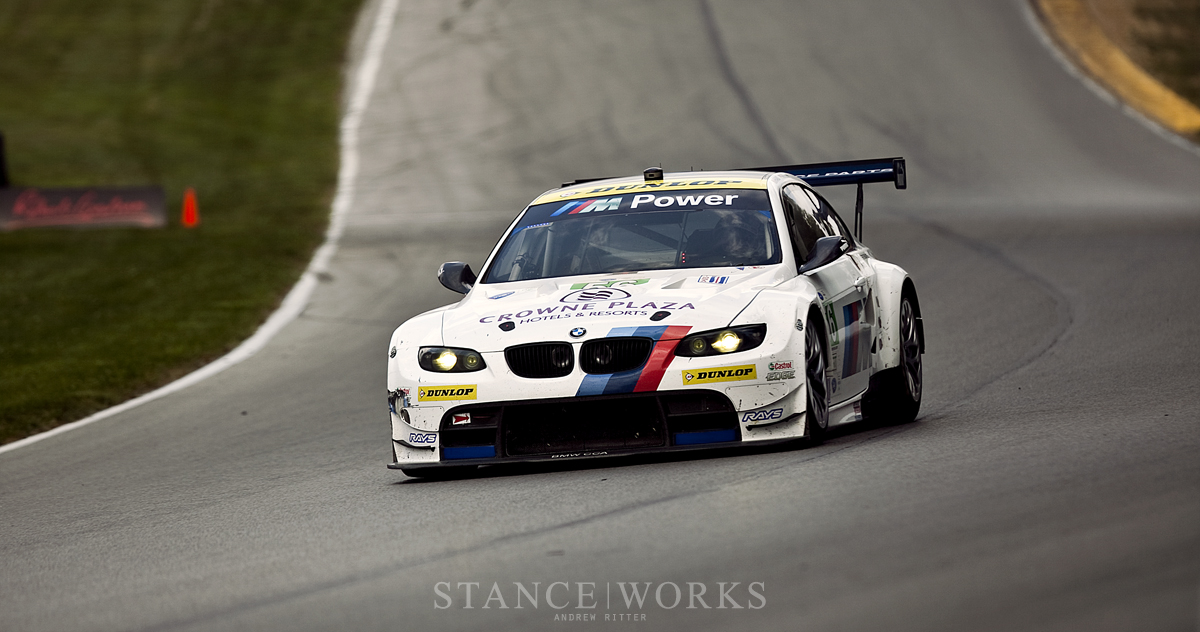 With four races left in the series, the manufacturers title could still be within BMW's grasp. Much lies ahead for the team, but with the determination they're known for, we're excited to see where Team RLL will finish for 2012.