If it hasn’t become abundantly clear by now, we here at Stance|Works are interested in all things “low.” Our estimation is that everything generally looks better closer to the ground. There is nothing new about this concept as it dates back to bored teenagers in the ‘30’s removing leaves from leaf springs on their model A’s just to see what it would look like. Fast-forward nearly a century and while things haven’t changed all that much, the technology for going lower has. 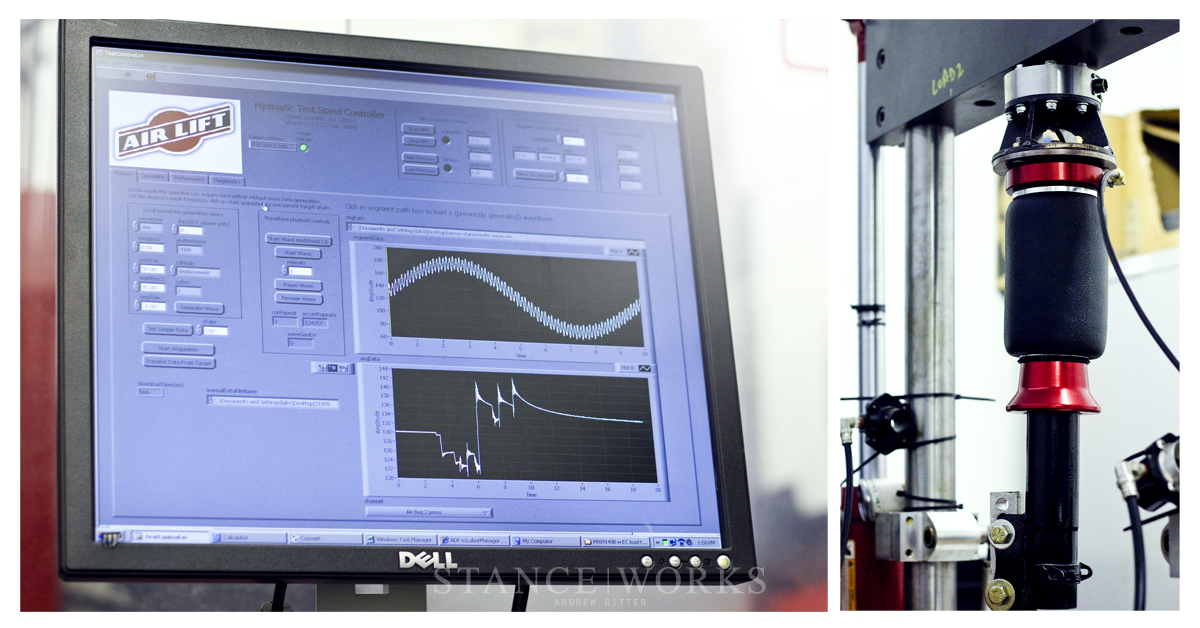 Not that our avid readers need a tutorial, but for the sake of this education, there are two types of general approaches to getting low: static suspension (inferring that the suspension cannot be adjusted in motion) and adjustable suspension (inferring that the suspension can be adjusted in motion.) Historically, if you were concerned about performance but were willing to forgo comfort and convenience, a static solution was your ticket. If cornering speed wasn’t a pressing priority, then air suspension provided you the ability to cruise in comfort while still being able to throw sparks when the mood called for it. The sacrifice has always been choosing between one mindset or the other, but what if you could have both? Air Lift has poised themselves to tackle such a feat. 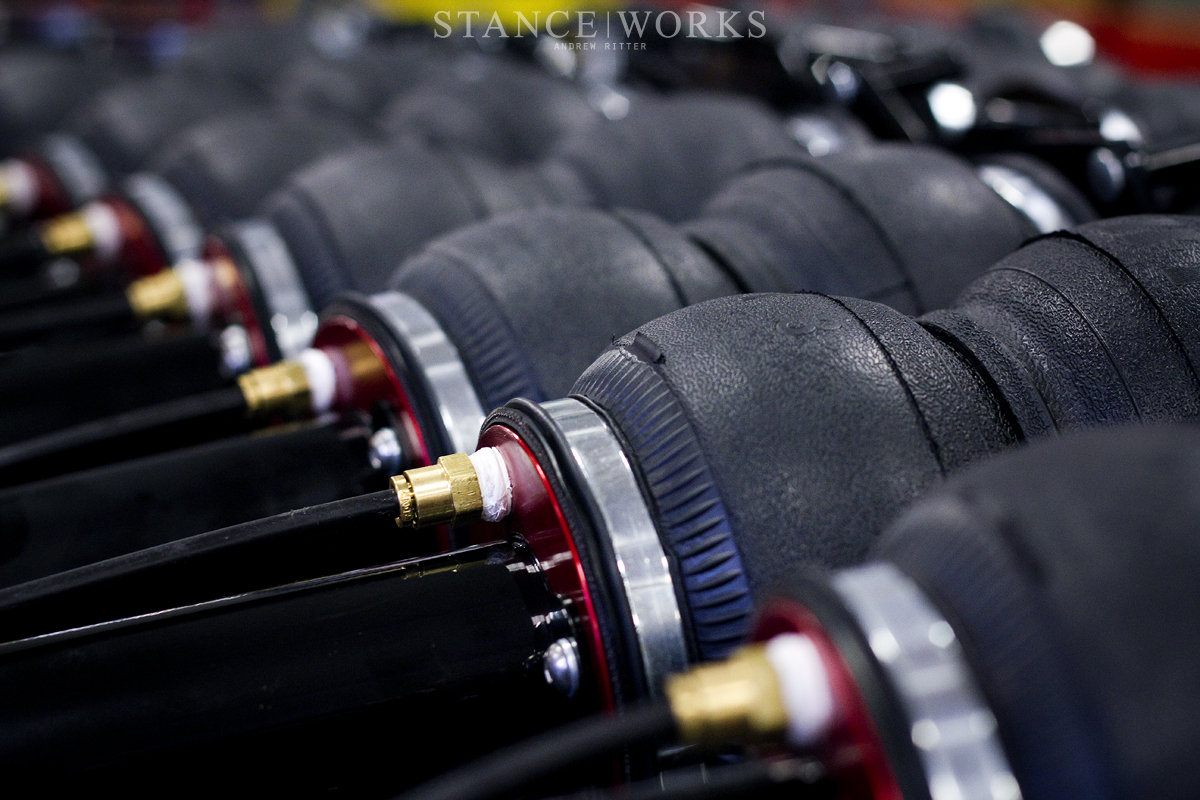 Now, I have either ruffled your feathers or peaked your interest, but statements are less effective without context, so a quick history of Air Lift Company is in order. Air Lift Company was founded under the pretense of providing solutions specifically for heavy loaded vehicles. The concept being that if you could increase the spring rate you could then increase your load rate, which ultimately increases transporting efficiency. In 1949, GE Engineer Claude Pemberton and General Motors platform developer Don Perkins did just that with the introduction of a pressurized rubber air sleeve that fit inside the pre-existing coil spring. Half-ton truck owners were suddenly able to carry payloads of 3000 pounds, which was unheard of at the time.

Air Lift Company quickly found solutions in the most unusual of places, specifically in the world of racing. NASCAR was founded in the late ‘40s, intended to be an organized and closed off arena for the best of weekend Hooligans racing their streetcars. Of course these iron chariots didn’t have the best cornering capacity due to their weight, and when combined with terrains such as the sands of the Daytona Raceway, performance was most certainly hindered. Air Lift Company’s load assist solution was essentially just increasing spring rate and decreasing body roll, so why couldn’t this solution work in a racing environment? Their air springs were given a chance, and on February 22, 1959, Lee Petty (of the legendary Petty racing family) won the first Daytona 500 in the number 88 Air Lift equipped Oldsmobile. For the next 20 years, Air Lift products were used in various forms of racing not only increasing their notoriety, but the technology as well. 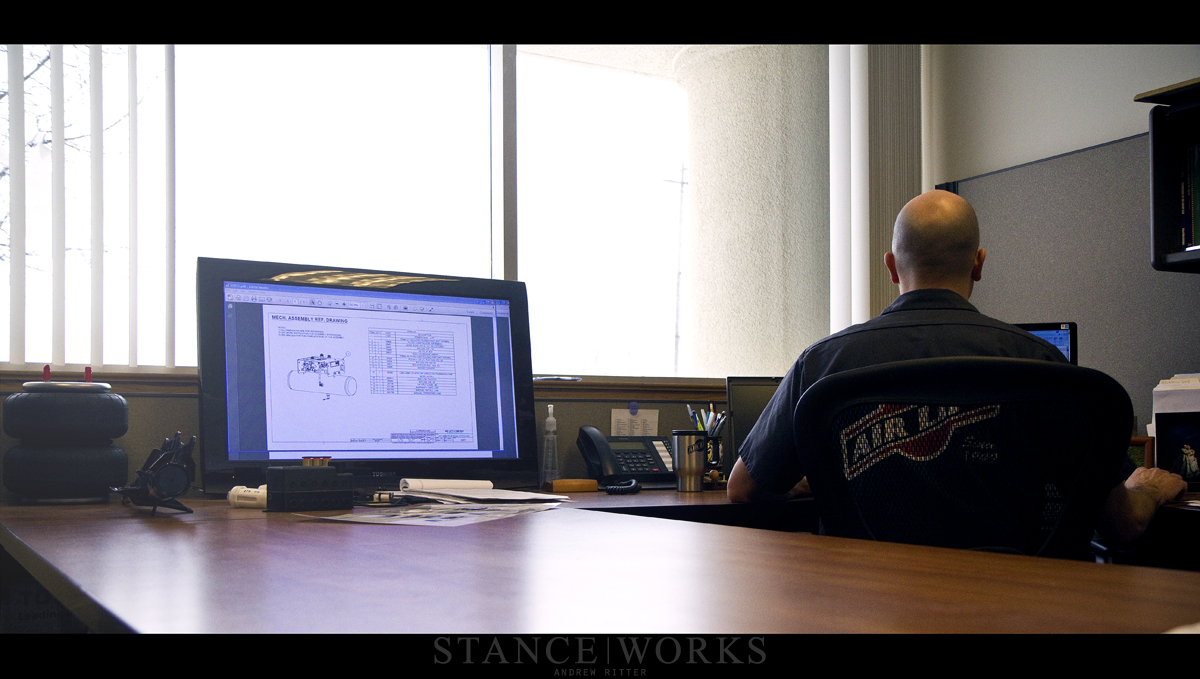 Fast track to today and Air Lift Company has emerged into a thriving family-owed company made up of 70+ employees in Lansing, Michigan. The company has also grown beyond just load assist products, with the development of the Air Lift Performance division over the past two decades. What started out as providing simple bag solutions for hot rods to achieve lower ride heights has turned into providing solutions for modern day vehicles with a heavy emphasis on European cars like Audis and Volkswagens. These solutions have been more about comfort and aesthetics… up until now.

What Air Lift Performance has been working on, and is now steadily rolling out, is their new adjustable air strut. Simplified, it’s a bag over a valved shock that can be both damping controlled and height adjusted. Historically when using air suspension components, there has always been a compromise in either looks or in your driving comfort. You combine that with low offset wheels which sometimes protrude past the fenders and you have just created a high variable equation requiring a very precise solution to achieve a look and ride that is acceptable. The majority of these concerns are swept away with the height adjustment of the bag. Now the bag can be lowered or raised much like a coilover spring to achieve a comfortable right height while maintaining a great stance when aired out.

The damping feature allows you the ability to adjust the stiffness of your shock, which helps the overall performance of your suspension. Now you can have a dynamic suspension that can be set up for both your weekend angst and daily driving duties. Air struts are only part of the equation though, as it also takes a management system to allocate appropriate amounts of air to each of the your vehicles 4 corners. 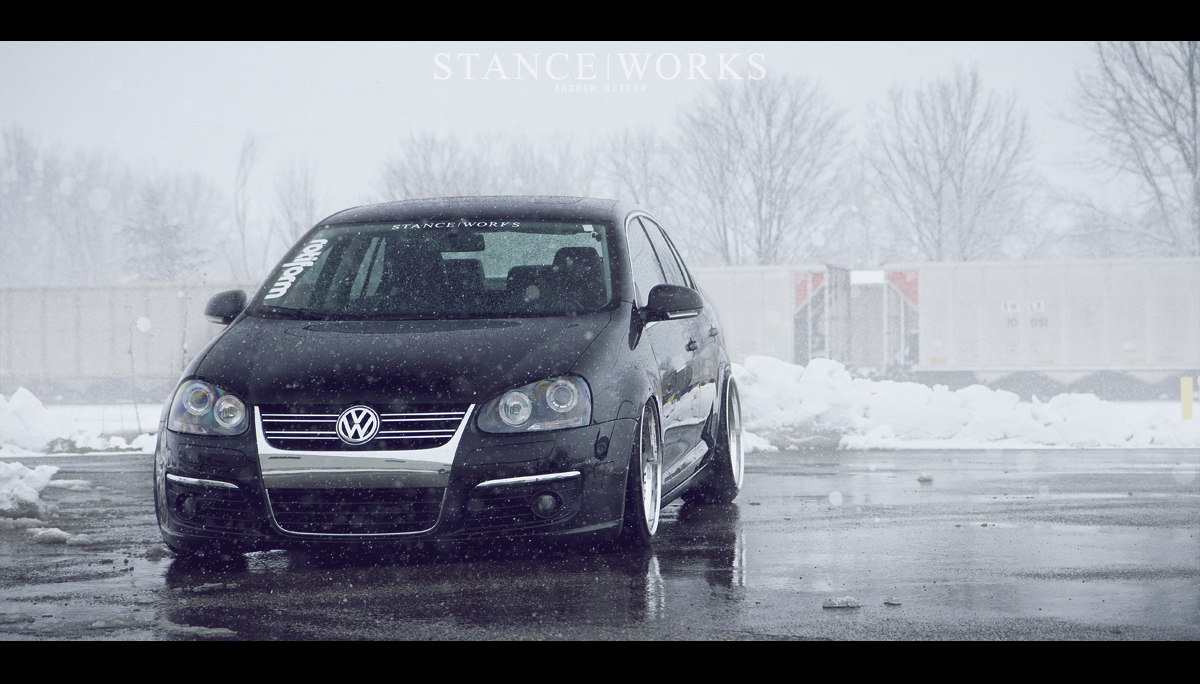 With an in-house team of engineers, it’s only appropriate that Air Lift Performance would have it’s own management solution. Air Lift’s AutoPilot is a pressure-based management system that continuously adjusts each corner based on a pressure setting of your choosing. As of the beginning of this year, Air Lift has introduced it’s most advanced pressure based system in the form of the V2. It allows for 8 presets and is in a constant state of monitoring and learning your driving patterns to better adjust under various conditions. The focus has yet again been placed on the idea that you “can” have the best of performance and aesthetics without having to turn your car into one singular purpose. 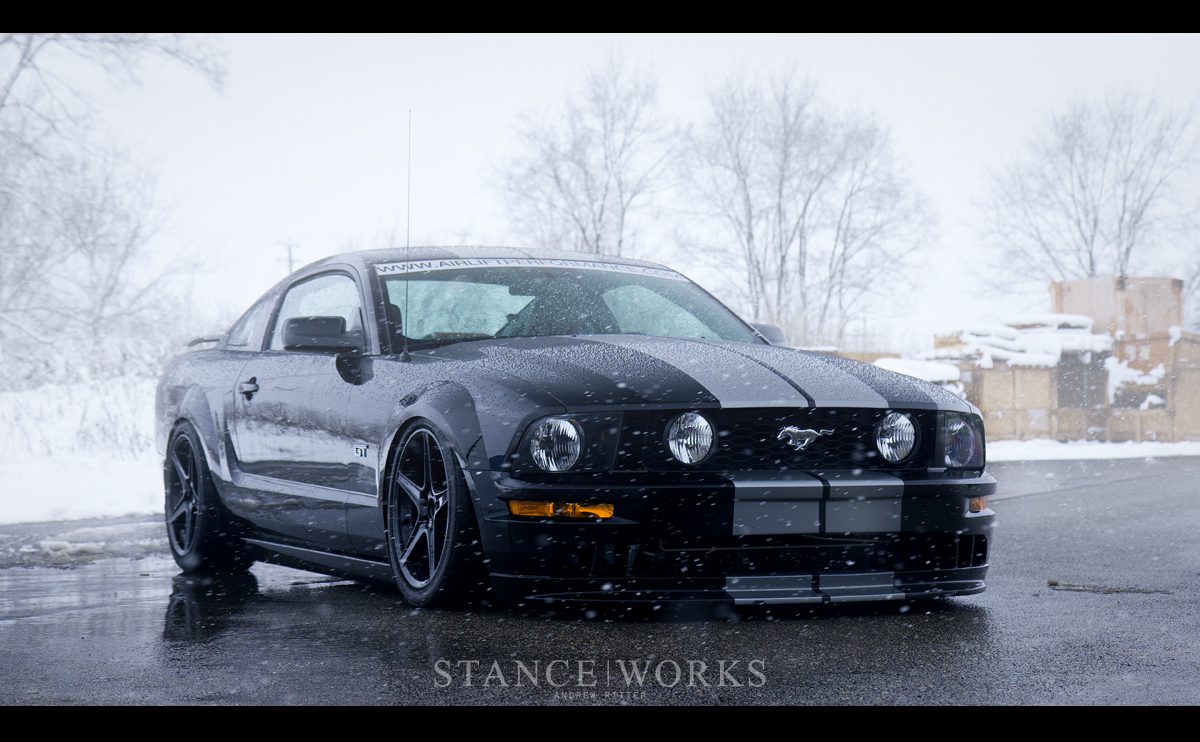 Air Lift Performance continues to grow, having become the go-to air strut solution for the majority of Audis and Volkswagen. They are moving into new arenas with the addition of several platforms including the Subaru WRX / STI, Mazda 3 and the Lexus LS430. Their goal is to launch 6 new platforms every 3-6 months, and judging by the range of platforms they are developing, yours could very well be next. 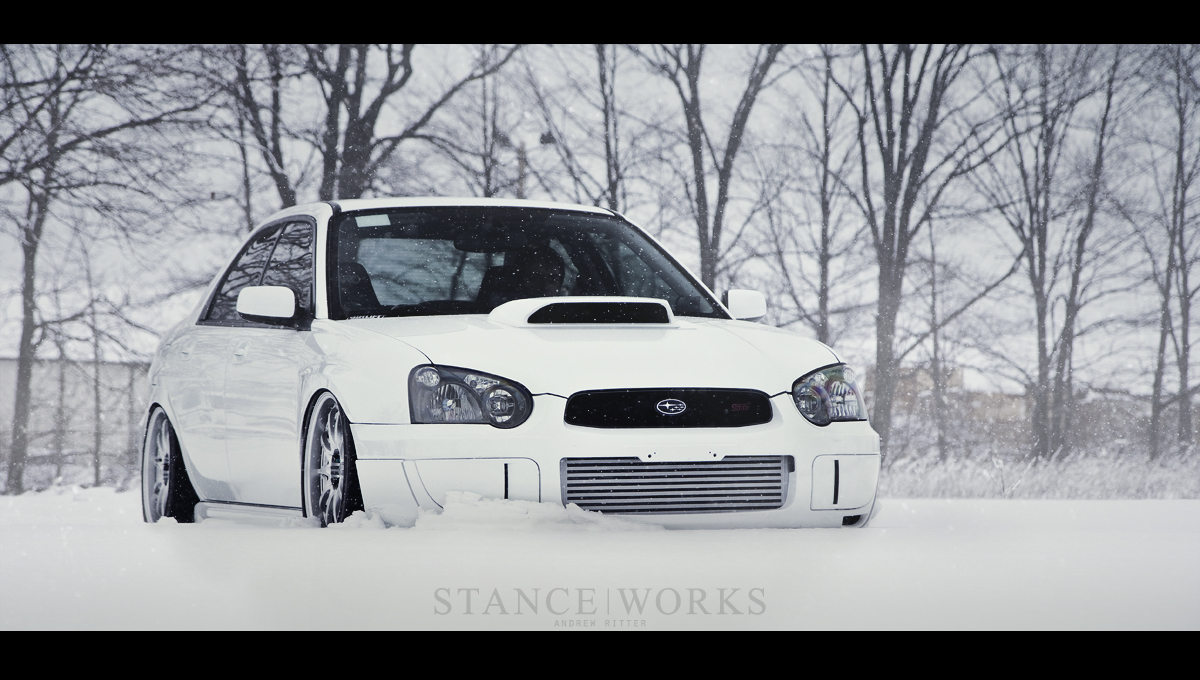 In a time of economic discouragement for a great many of us, it’s exciting to see that there are companies out there who have stood the test of time and are still producing products dedicated towards our passions. While they seem fewer or further between these days, Air Lift has proven that it’s here to stay and continue to support our love and pursuit of achieving new lows in ever evolving ways.

Big thanks to everyone at Air Lift Company for having Andrew and I out to tour their facility and for allowing us a glimpse into their world.