Fortitude is a strong word with stronger connotations. Fortitude is having the will power to overcome emotional and mental adversity without wavering from your original trajectory. I think we can agree that it’s not a word to be taken lightly, as possessing fortitude can be a burden; it's existence is only accompanied by great pain. However, pain and adversity offer us opportunity for our character to be sharpened. It allows for characteristics such as perseverance to emerge from places within us that we didn’t think possible. If adversity is the test to building our character, fortitude is the endurance race to earning it. The following is a story of one man’s journey to discovering the essence of fortitude through the efforts of a car build.

Gio Dichiara is a man in his mid-thirties who has lived a lifetime already. He puts in a 60-hour workweek and comes home to a beautiful wife who tends to a household of five (yes, 5) precious and precocious little daughters. His strong work ethic is only matched by his ability to be an amazing father and husband. That should be inspiring enough, but he also happens to have a deep-seated passion for all things motorized and with 4 wheels, specifically big body Japanese cars. Not surprisingly, he also happens to have a knack for making them look drop-dead-gorgeous. 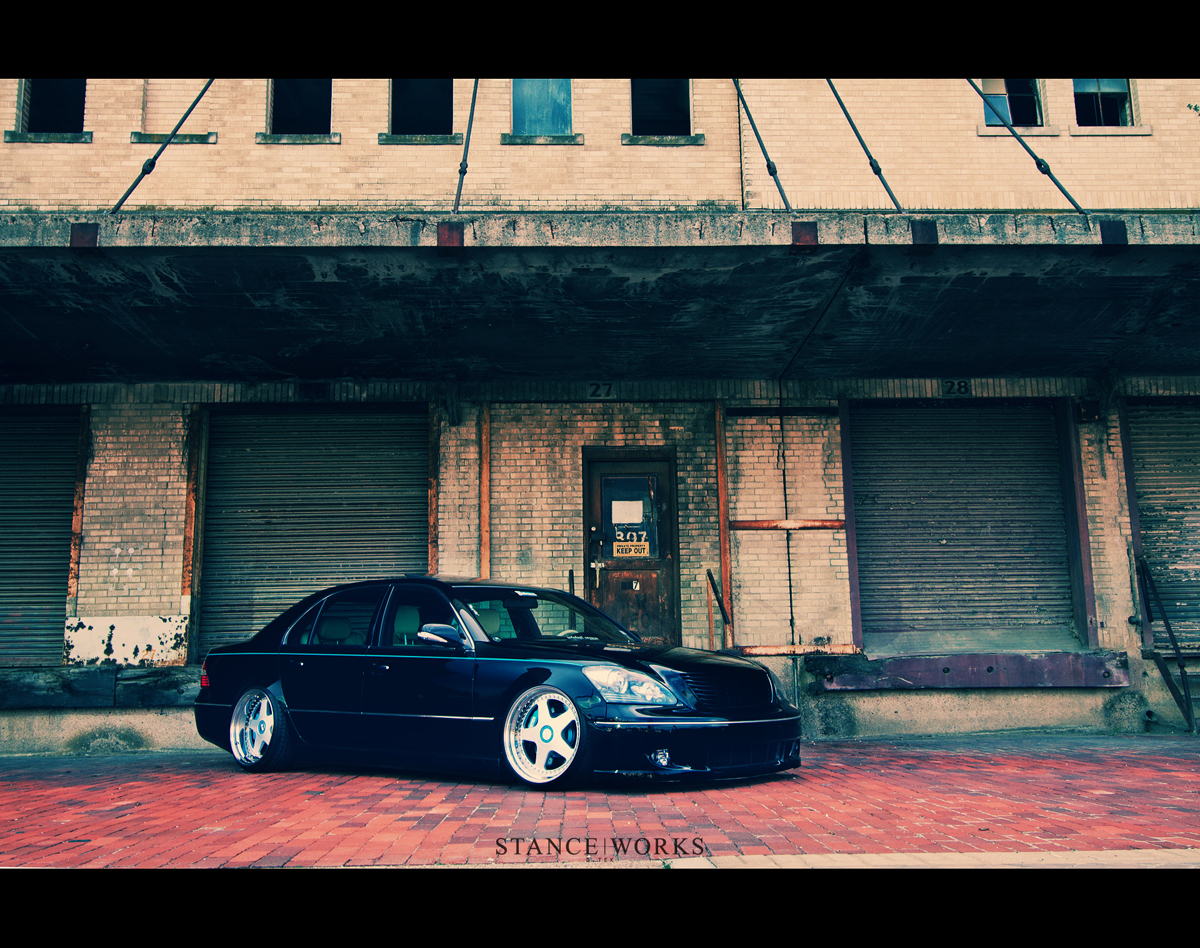 The passion began in 2001 when the Lexus LS430 (UCF30) was introduced. While Gio has always been a car guy, his imagination never leant itself towards Japanese offerings, let alone a big body car that people would sooner akin to a retirement transporter. However; visions of a build soon started accumulating into writings on paper and represented the beginning of a ten-year journey accumulating into the pictures that grace this article. 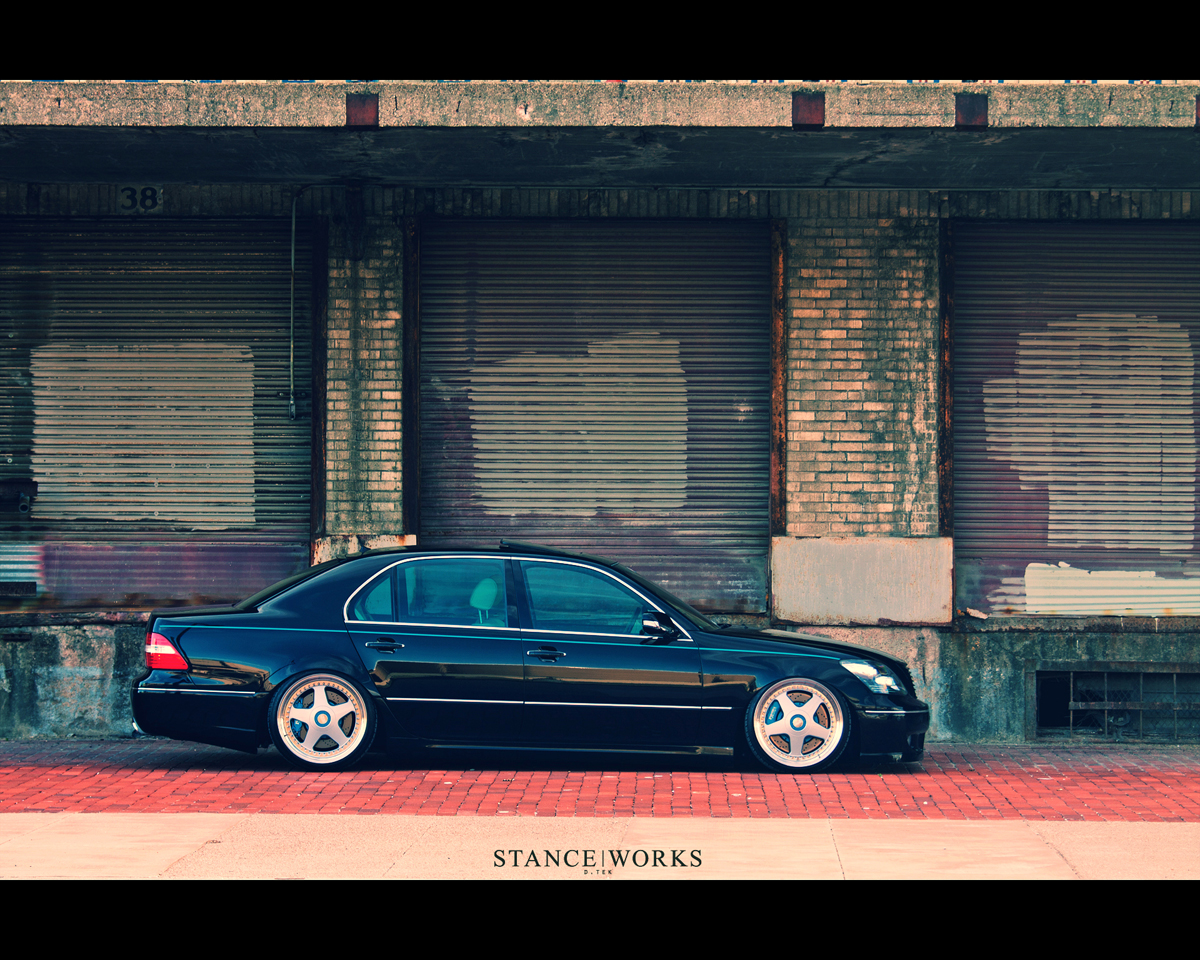 Of course, for many of us, our dreams typically produce inspirations our checkbooks can’t quite cash. Instead, Gio started out with an entry-level Lexus offering in the form of a ES300. He quickly built notoriety as “GATO” on the Lexus boards, and it wasn’t long before the ES had run its course. Before he knew it, he was driving a black cherry 2nd Generation GS300. In fact, if you fancy 2GS’s, then you have most likely seen (if not saved) pictures of this car throughout the bowels of the Internet. This particular car inspired my own 2GS build and how I came to know Gio, as he was always willing to go out of his way and help me with the smallest of details. While these were great cars, they represented mere stepping-stones to what Gio had always envisioned. 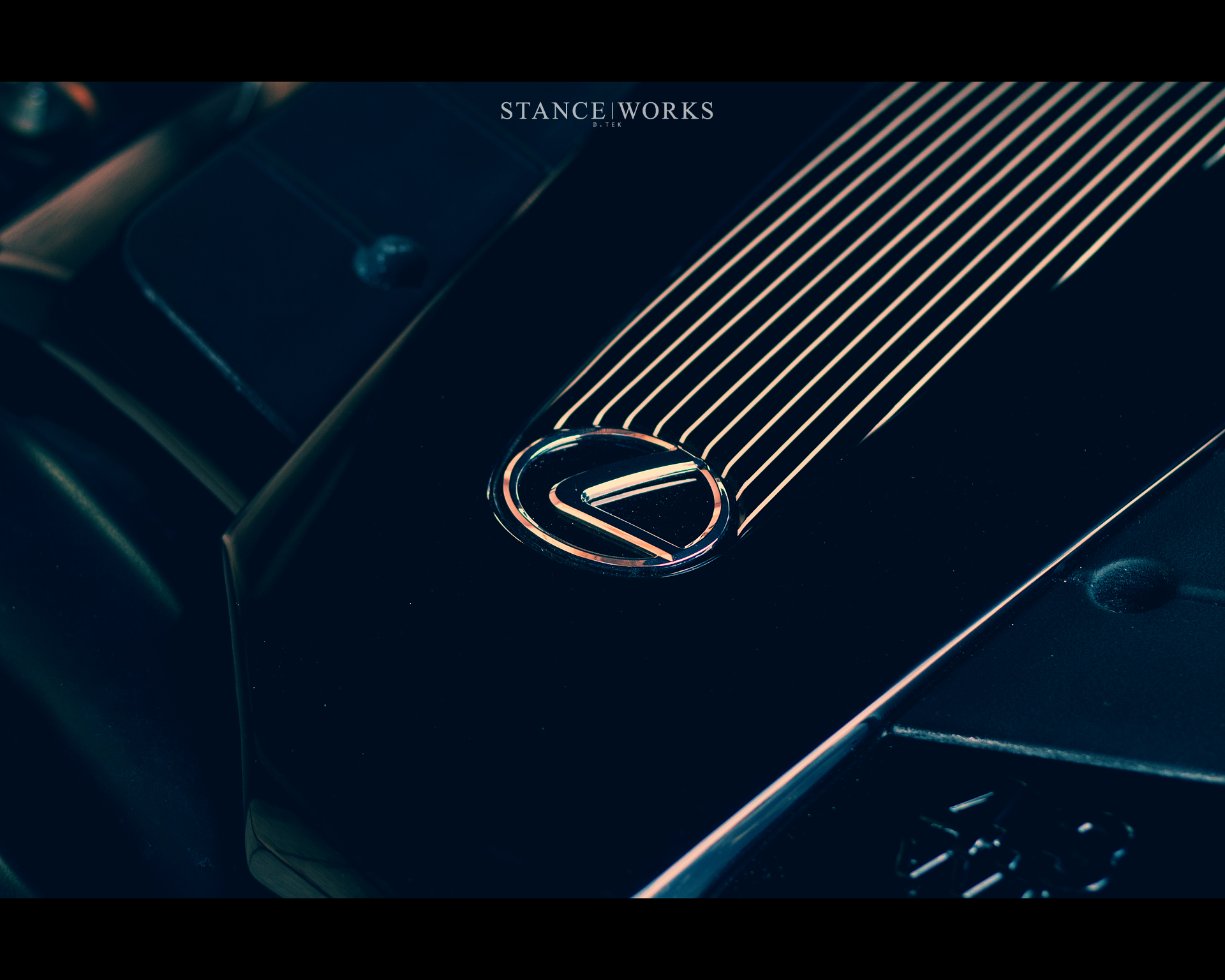 In the winter of 2007, Gio had finally located the car of his dreams: a mint 2004 Black LS430 Ultra Luxury. This was the big day he had been envisioning for 6 years. “Cloud 9” doesn’t scratch the surface of his glee. As soon as he purchased it, the build was underway, with a JOB Design aero kit that took 4 months to come in from Japan. Painted and installed, the vision was taking shape quickly. Unfortunately, as with many of us, the LS was Gio’s only car and on a typical drive home from work, calamity struck. BOOM! The LS was rear ended with no hope of justifiable recovery in sight. It's a shame that he didn't consider that there are Lexus Spare Parts around the net to fix it. 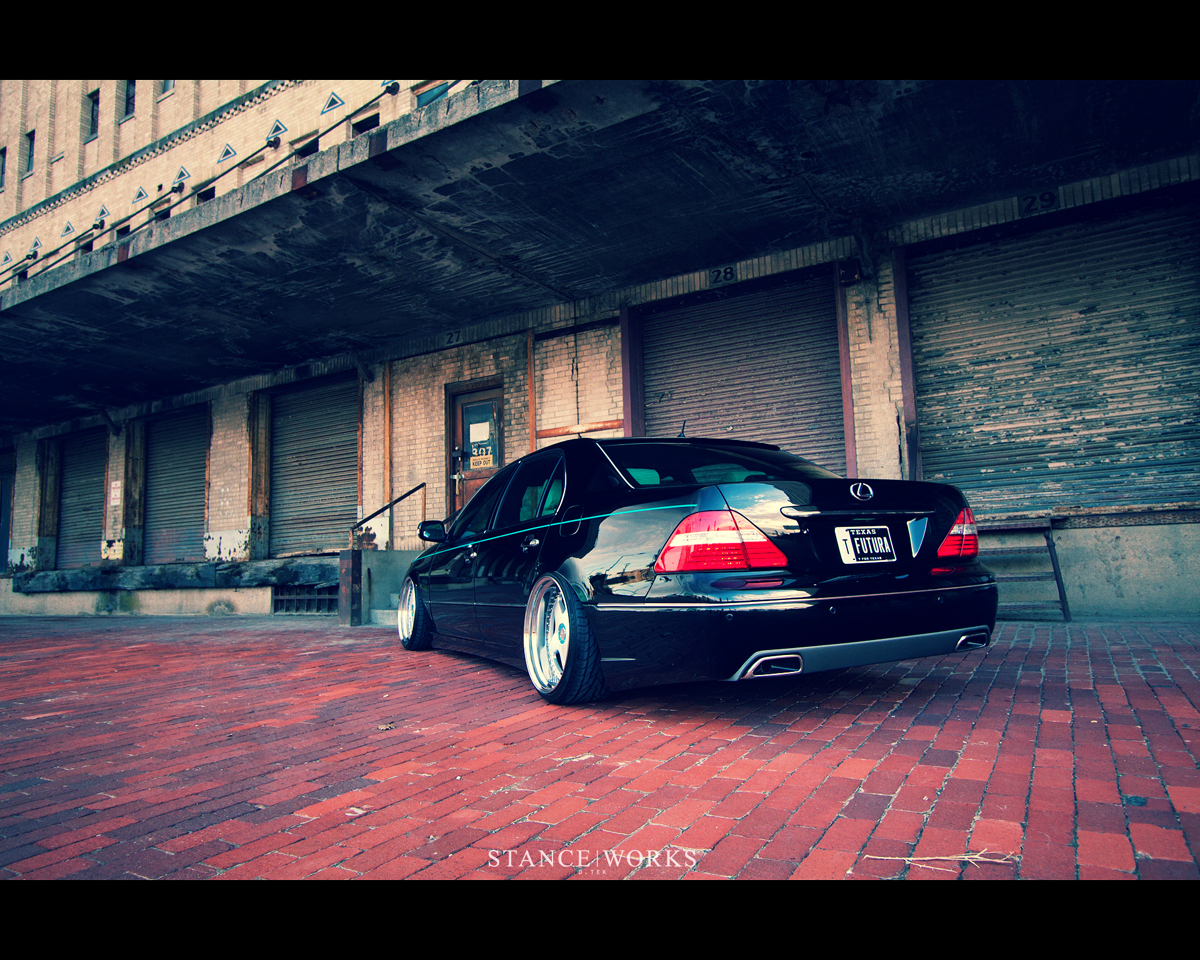 Clearly this wasn’t enough to kill a dream that had been brewing for 6 years. Eight months later, Gio located yet another 2004 Black LS430 UL in Florida. This time, things were going to be seen through. While Gio had his dream built around a Japanese big body, it was European styling that influenced the details of the build. Set to stir things up, he was able to track down a very rare set of 20 inch OZ Futuras, which would be taken apart and widened to accommodate the wheel wells of the LS. 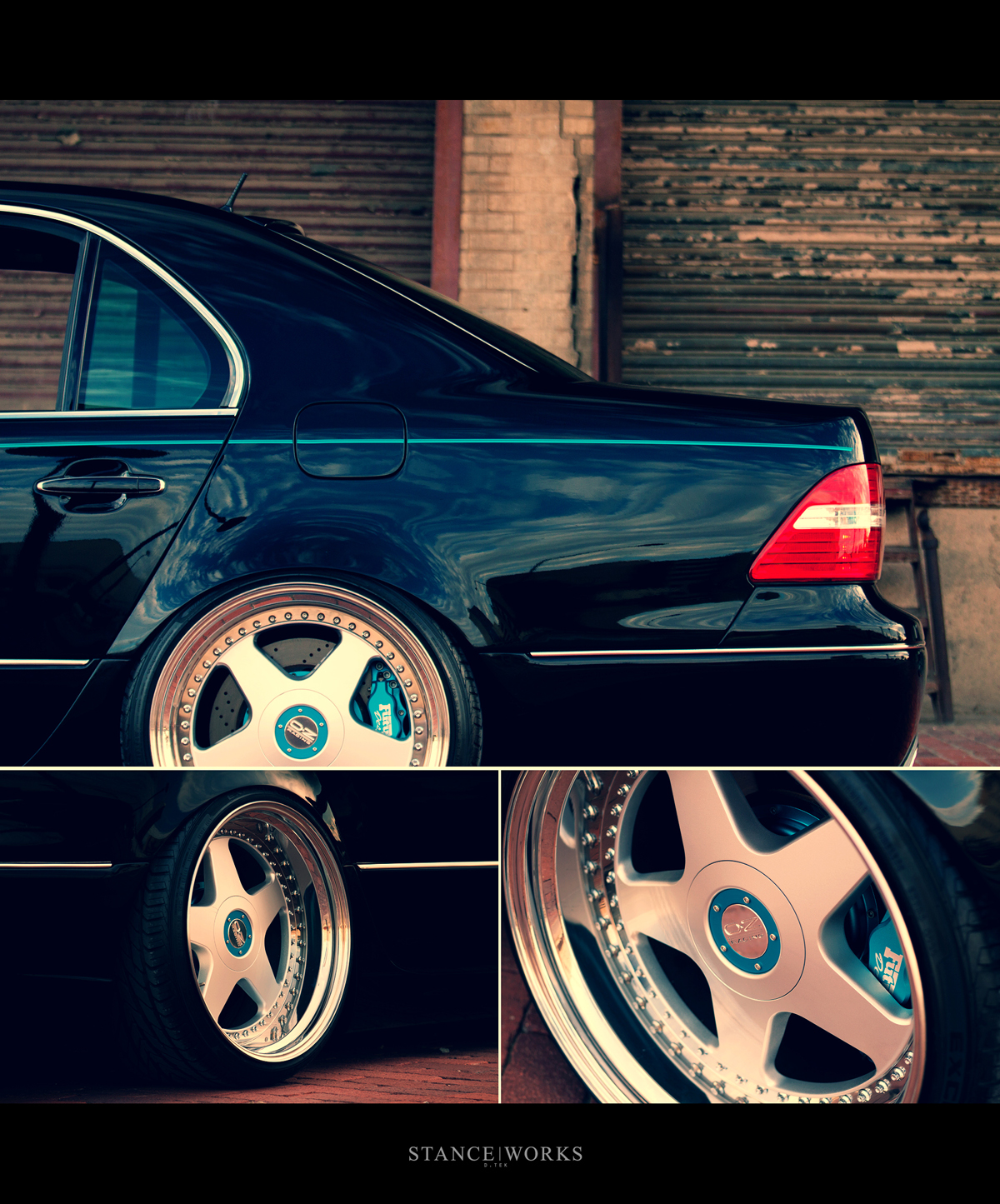 6 months into the build, it was time to have an official unveil. He hosted a small local Lexus gathering at his tanning salon, where anticipation had been built and it did not disappoint. The car was the talk of the community and would be from then on identified throughout the Internet as the “LS430 on Futuras.” 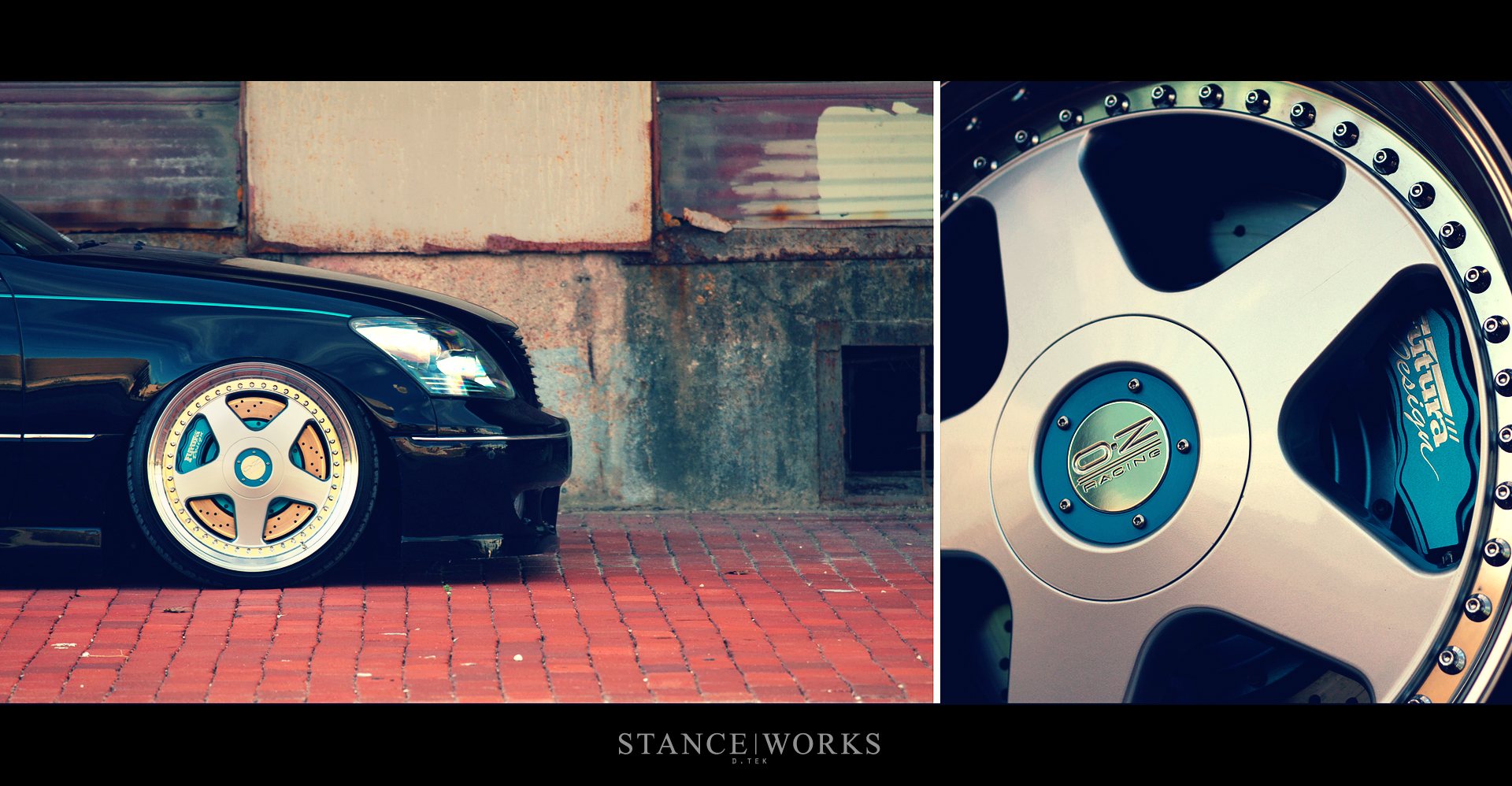 The build would evolve over the course of 2009 and into the following year with details that could only be found in high-end VIP builds from Japan. Never one to settle for “off the shelf,” Gio took the majority of projects on himself making quality an assumed attribute in everything he did. He continued this mindset right down to the big brake kit. While Brembos are a staple in this segment, he wanted to do something unique. The more he researched, the more he realized that this was something he should do on his own. Thus began Futura Design Brakes as nothing more then an outlet for seeing his vision come into fruition. No obstacle too big, no detail too small, the dream Gio had held for close to 9 years was taking shape in a capacity he never could have imagined. 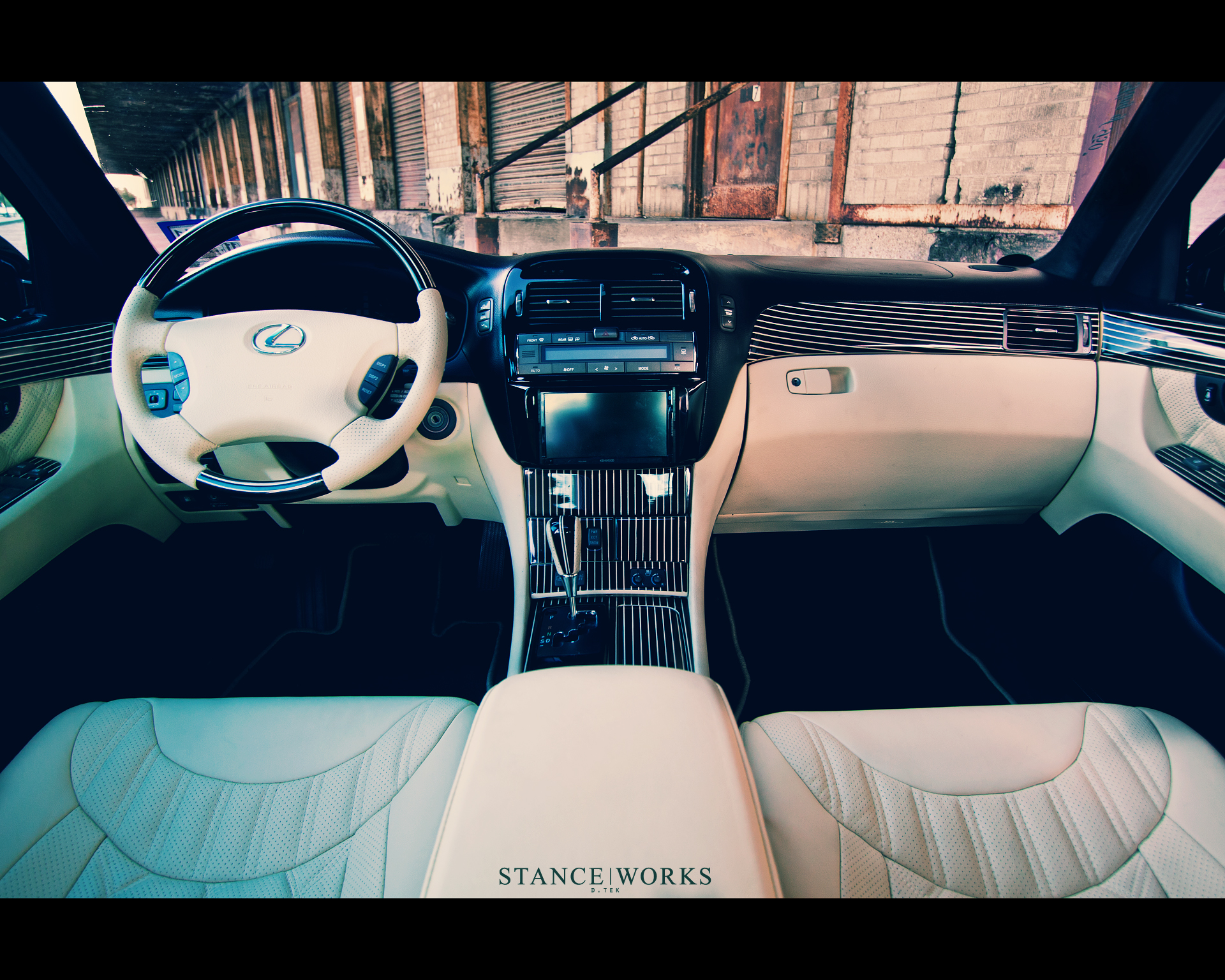 In the fall of 2010, things couldn’t be better as Gio was now expecting his fifth baby girl to enter the world. He was driving home from an afternoon outing when "the call" comes unexpectedly and delivery was upon his wife. Elated, he parked the LS in front of his quiet suburban neighborhood, as time didn’t permit to get it secured in the garage. Aired out and locked, he was off to the hospital to experience the joy of new life. The delivery went off without a hitch and the six member of the Dichiara’s was introduced into the world. 3 days passed before Gio and his family were able to get back home and situated. He went into the garage to run to the store, but no car was tucked within. Remembering it was left on the street, he walked out to find it not there either. Bewildered, he stood in the spot he left it wondering if his father had moved it for him. Then reality struck and the pit of his stomach increased to abyssal proportions. There he stood to find deep scrape channels that extended like the flames from Doc Brown’s DeLorean; the LS had been stolen. 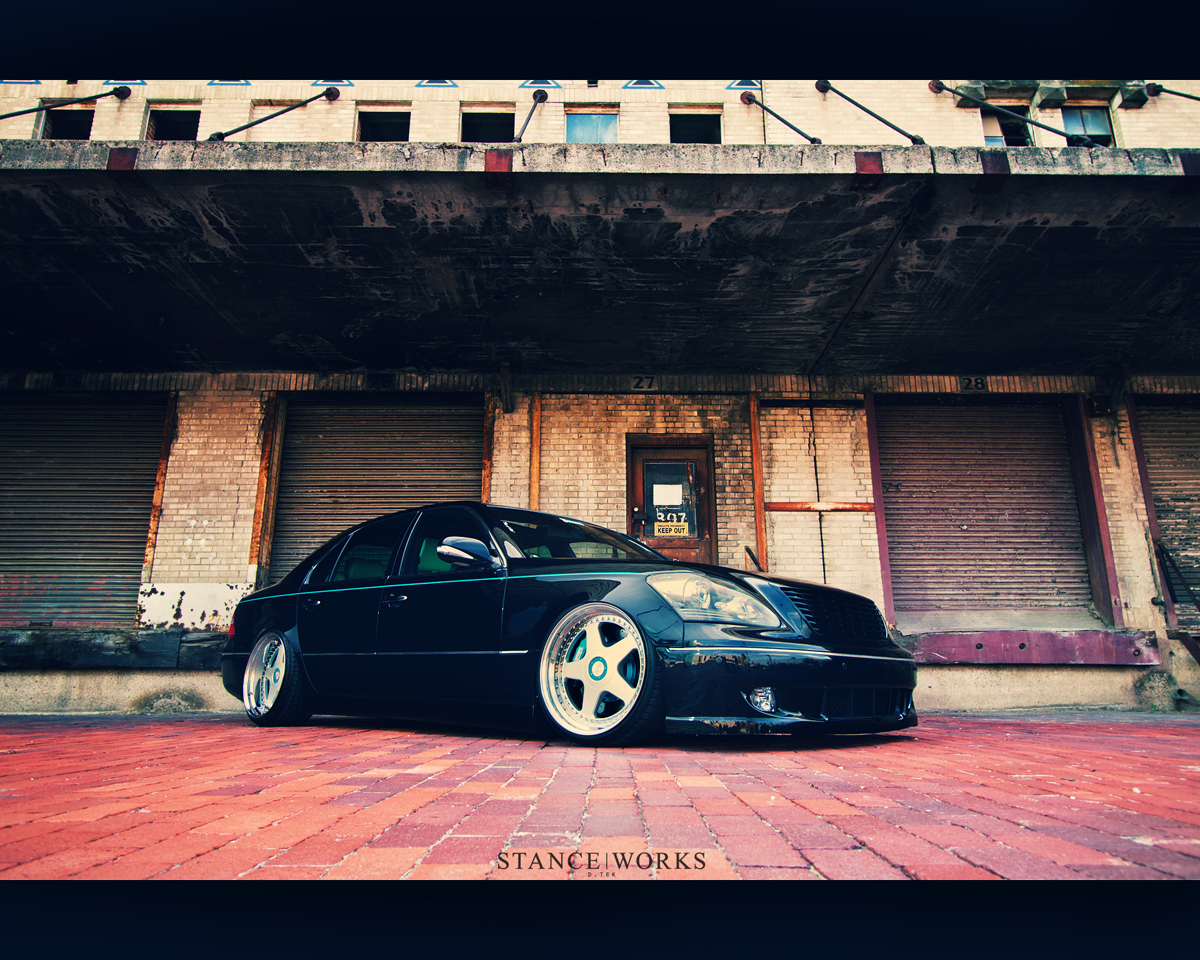 The car would later be found in a field about 2 miles from his house engulfed in flames. Nightmares had better outcomes. The joys of new life were ever so slightly hollowed by despair of a dream that had been damned. 9 years in the making. 9 years of toiling and sacrificing. 9 years of overcoming adversity to end in flames. This is where you ask yourself the question “should I go on?” If I’m honest with myself I don’t think I could…. But then I’m not Gio. 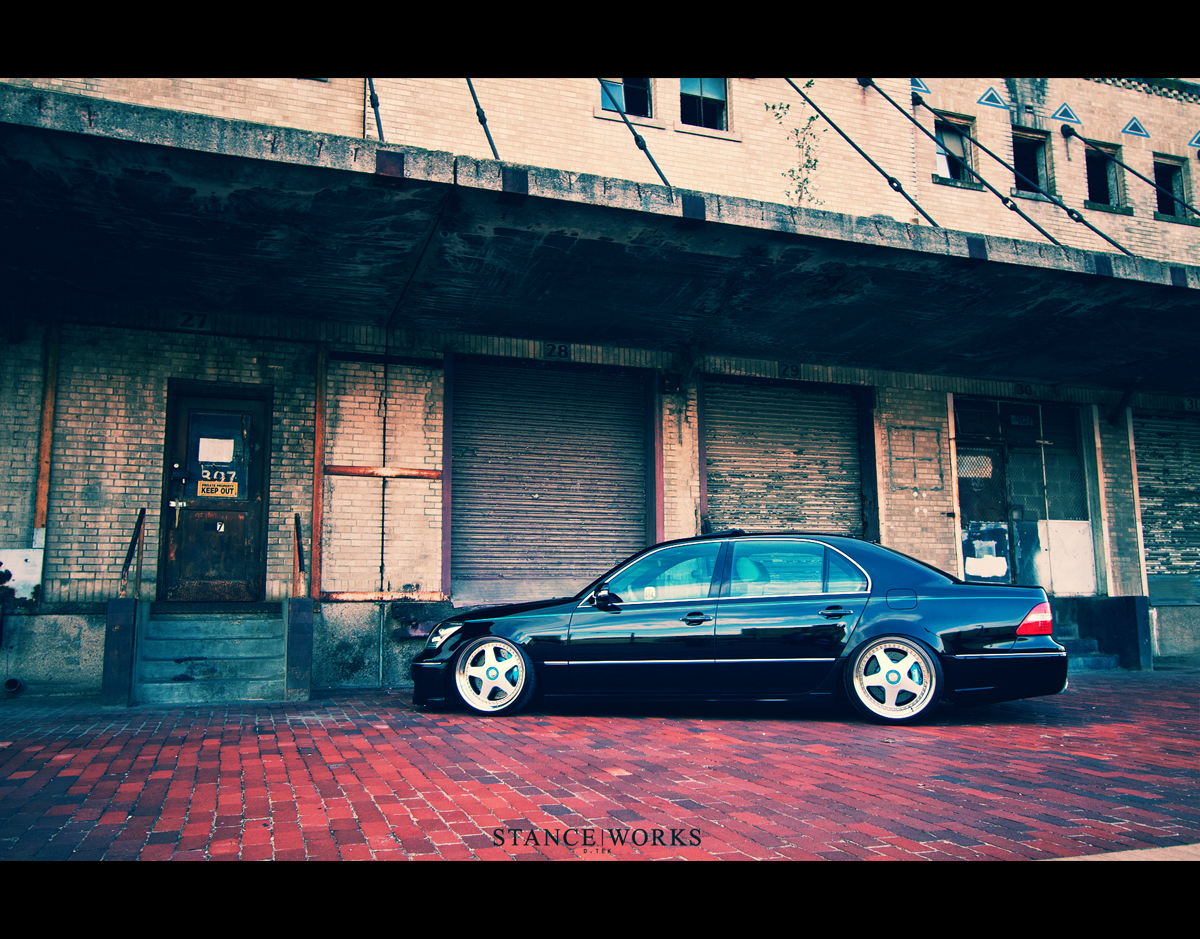 When you dream a dream that takes hold of you for a decade, not even fire can kill it. Gio's story does not end in tribute; it continues on, yet to end. The photos before you do not represent a lost loved one -- They are the depiction of fortitude, as Gio has come full circle and started over once again. The car you see before you is Gio's third LS430. 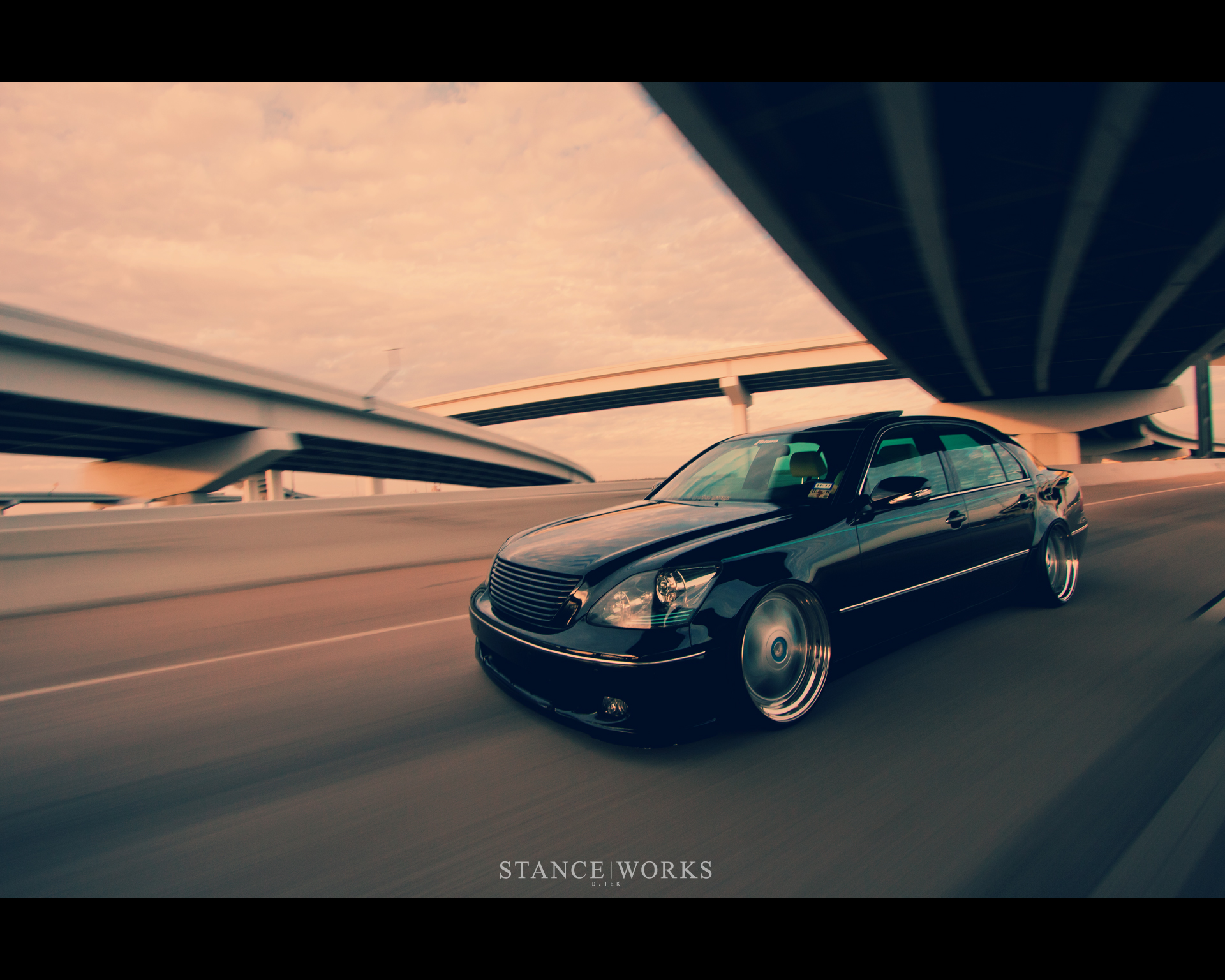 Originally the car belonged to a Liberty VIP member in New York, which made for a great starting platform as it was already tastefully modified. However Gio, a member of Refined Elegance, knew that he needed to get back on track with his vision, so he sourced yet another set of 20 inch Futuras. The beauty of these new wheels is that they have stainless steel outer lips which give off just the right amount of step into the classic face design. Futura Design Brakes were positioned all around with 8-pot calipers filling the front and 6-pot in the rear. Gio even had the front and rear Vlene aero kit heavily modified right down to utilizing exhaust tips from a 2012 Hyundai Azera.

Following that was deconstruction of the interior where Jaguar Connolly crème leather was chosen to replace the standard black leather. An elegant double-stitched thread pattern compliments the richness of the leather exemplifying the bespoke vision. 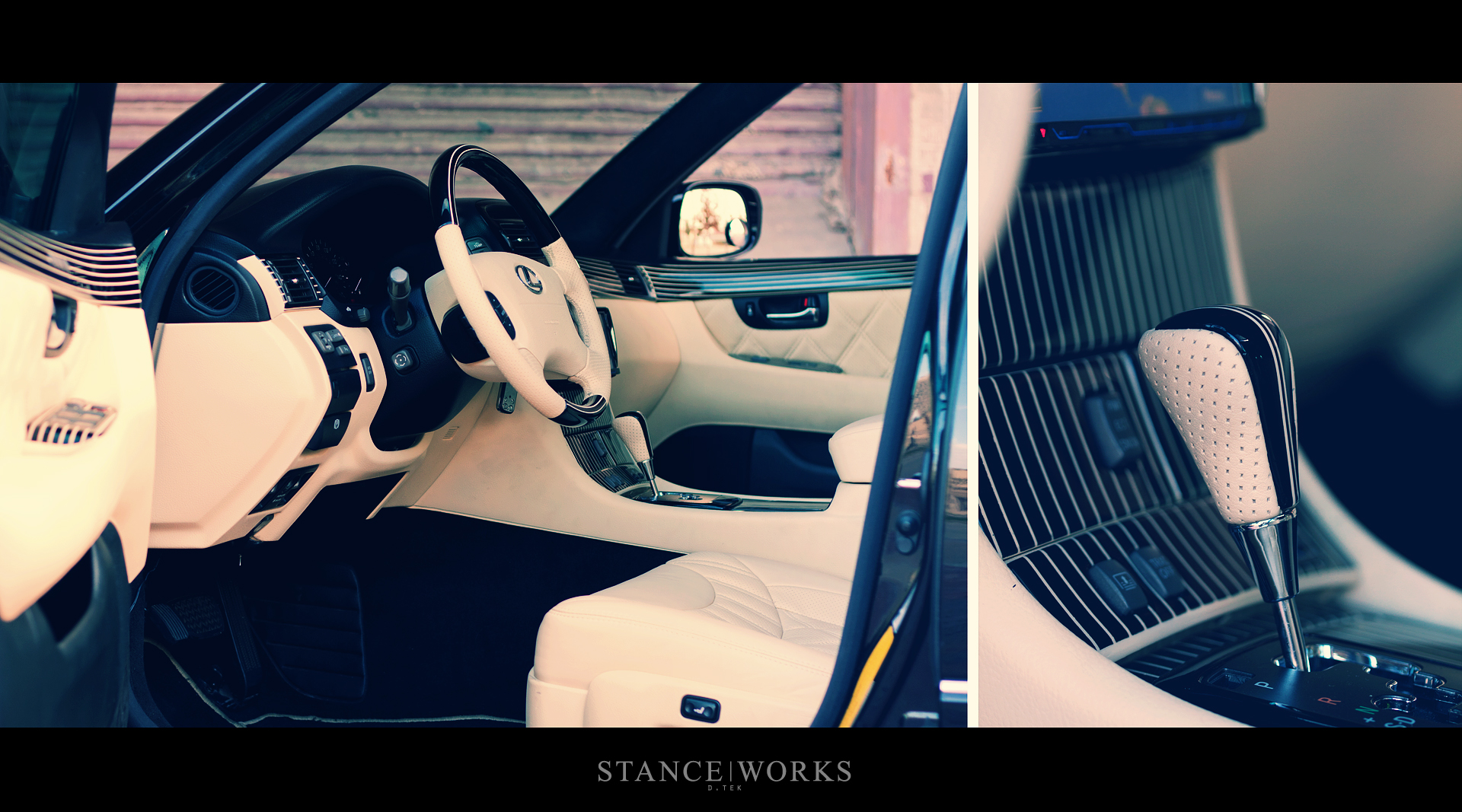 The wood trim was painted piano black with vanilla pin striping applied by Original Garage, giving off a Brabus vibe throughout, while custom illuminated Futura door sills welcome all occupants as they enter from any of the 4 doors. 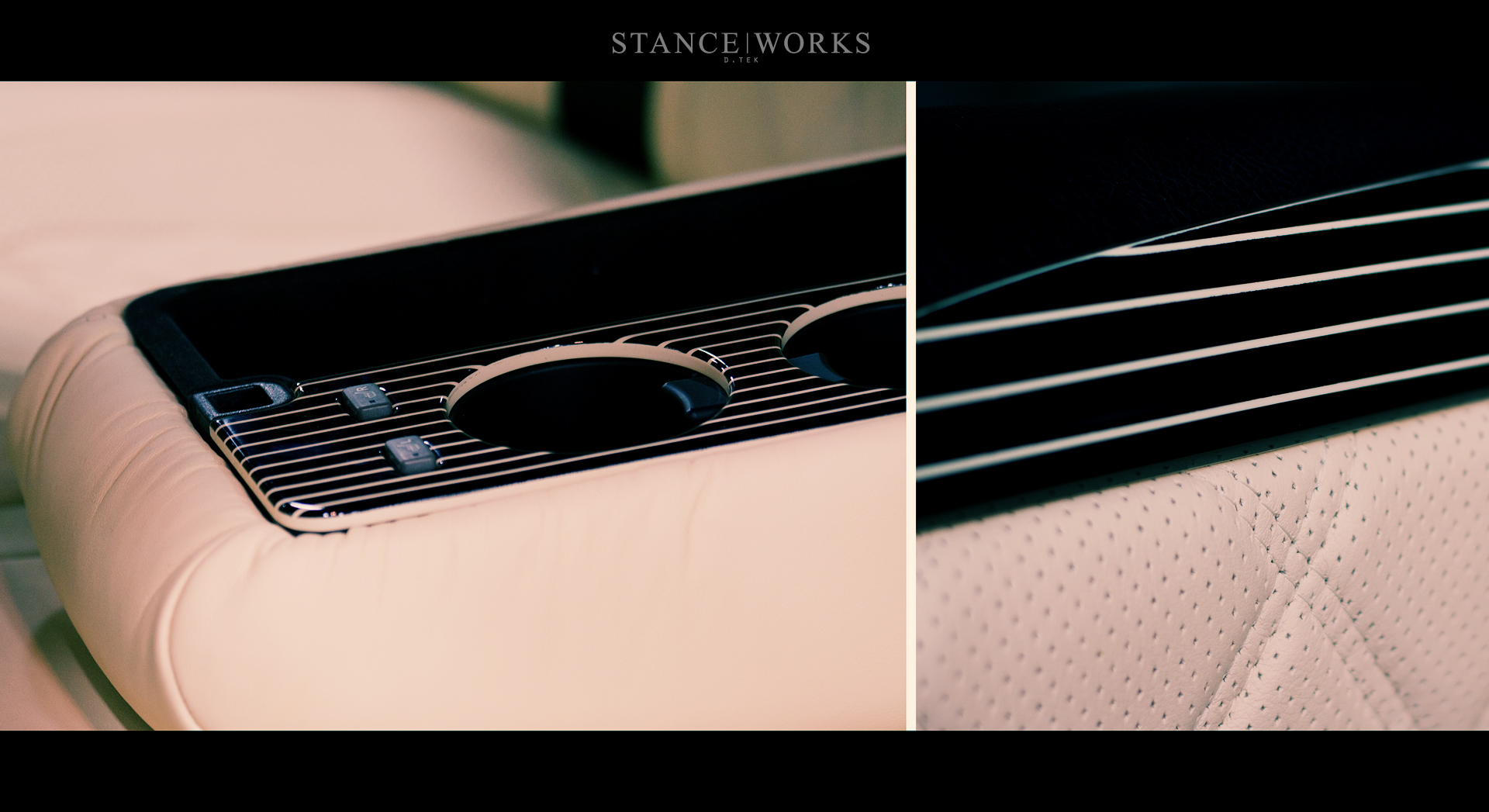 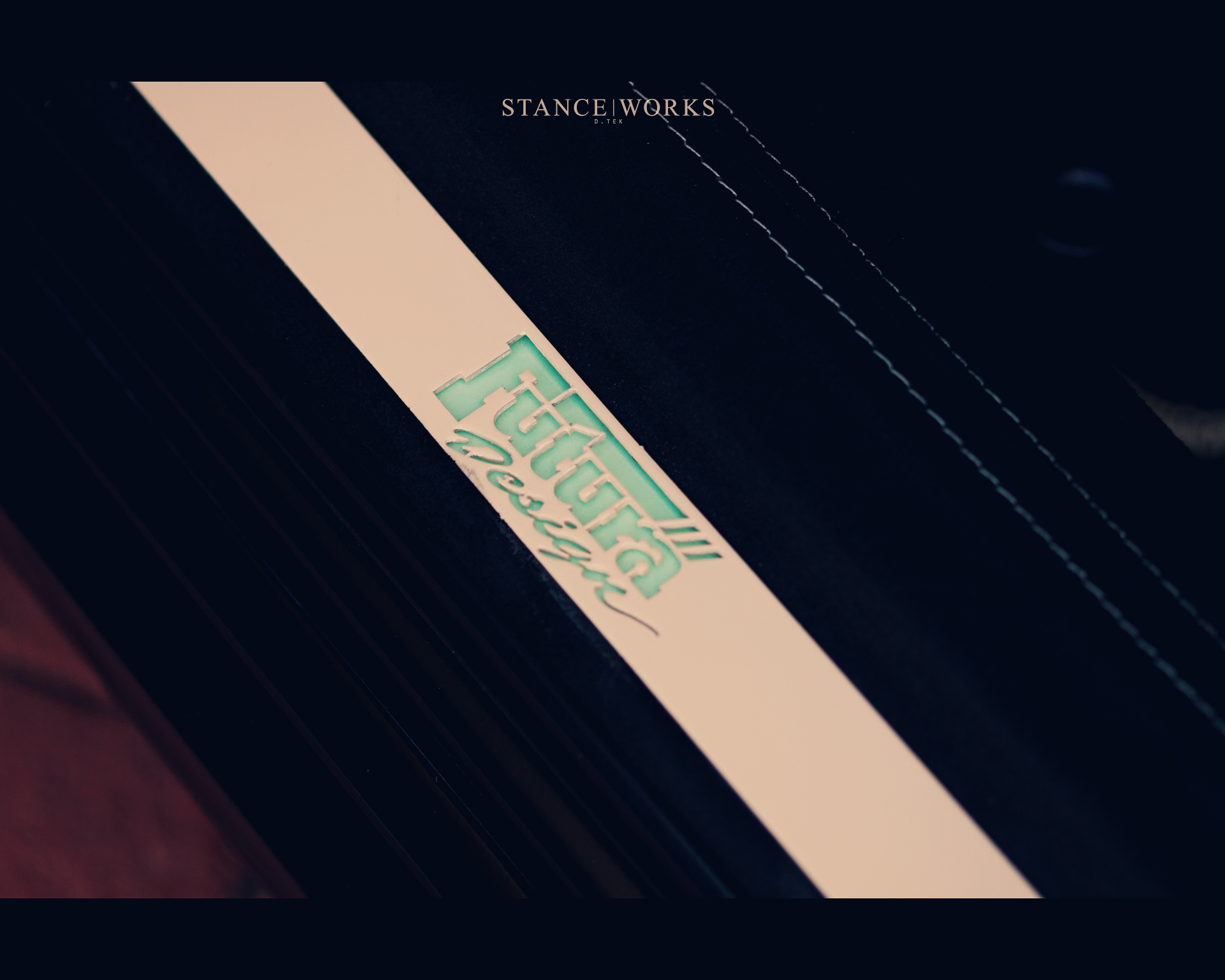 The headlights offer their own special touch. They were disassembled and blocked to be painted in a way that creates the pin stripe overtones that carry themselves throughout the build. Aqua electroluminescence was use in conjunction with the door sills to carry the color theme home. 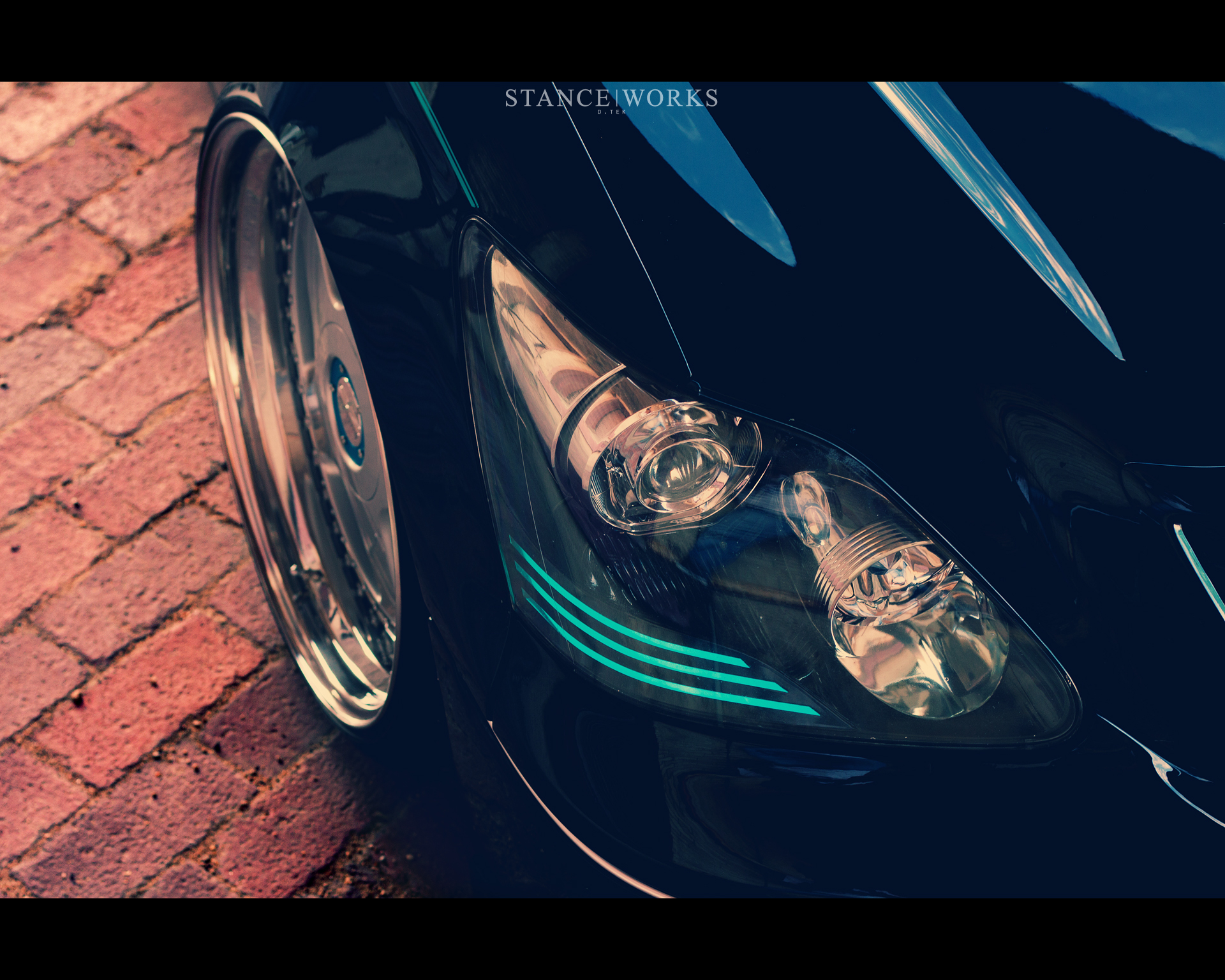 This car represents a rolling testament to the lengths our willpower can travel to ensuring that dreams become reality. Ralph Waldo Emerson once wrote, “Patience and fortitude conquer all things;” powerful words that are only eclipsed when they are put into practice. There is an entirely new story to be told involving the depths and details of the Futura LS430 and the places Gio intends to take it, but for now I simply ask you to let this story sink in and inspire you to pursue dreams forgotten and encourage you to take hold of the fortitude that is instilled in all of us. 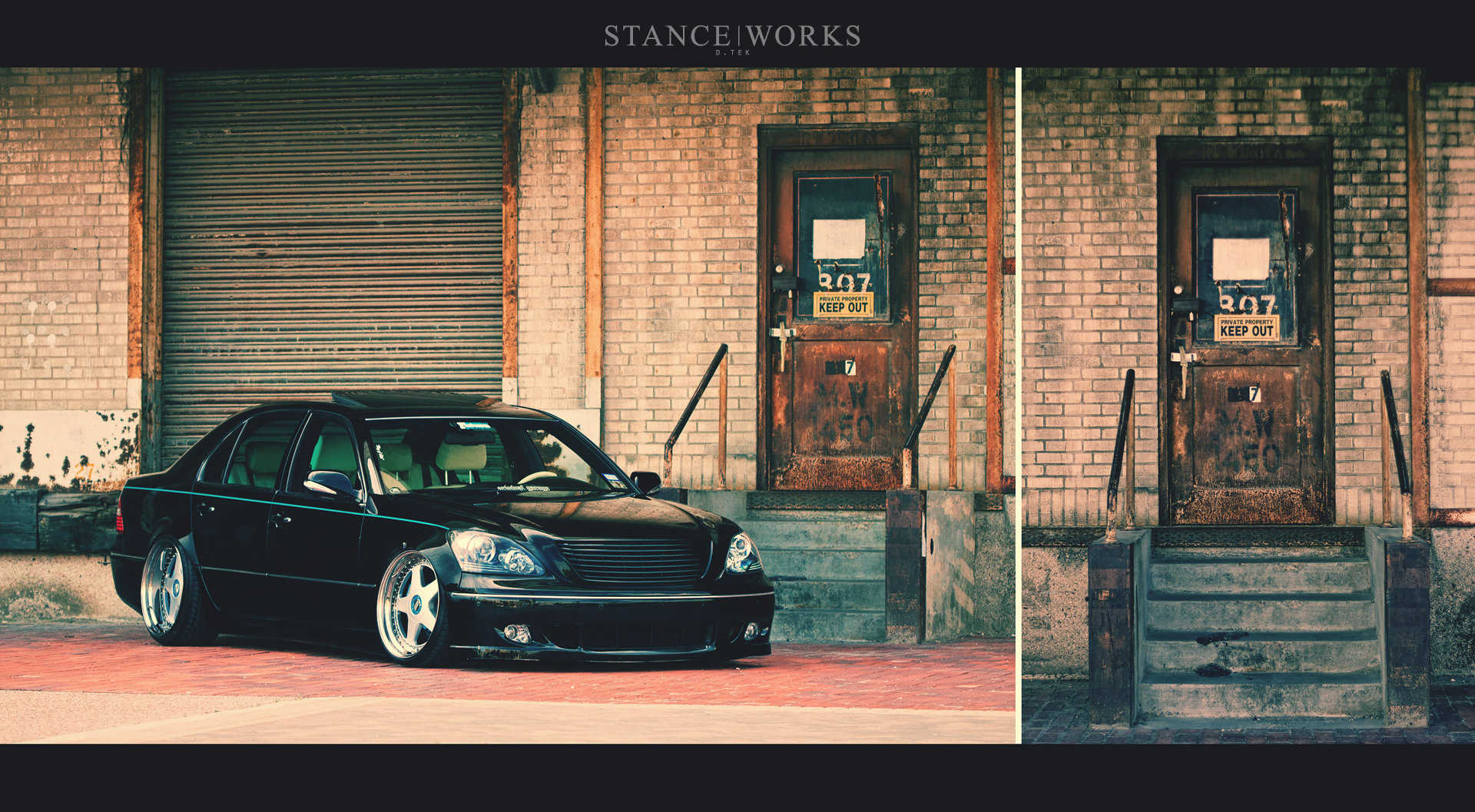