There are a countless number of ways to build a car. The styles range from those rooted deep into certain cultures, such as the American Hot Rod and the real Japanese Bosozoku street sweepers, to styles that are widely applicable and are simply part of changing automotive traditions. Somewhere in the mix of it all is what defines a "cool" car. Unfortunately, it's a very gray area, subject to personal tastes and matters of opinion. Contrarily, it is also incredibly broad and just so happens to leave room for the oddities of the car world.

My list of "cool cars" has never included a 1980 Mercedes 280TE wagon. It's likely safe to say that goes for just about everyone. But if there's credit to be given to the STANCE|WORKS community as a whole, it's in regard to the abundance of creativity. One man's grocery getter is another man's automotive canvas. Zak Denman, however, is on the other side of the fence. After owning 29 cars, this Benz is where he's arrived. Its simplicity and age add character to an already unique platform resulting in a car that, oddly enough, leaves you cracking a bit of a smile. 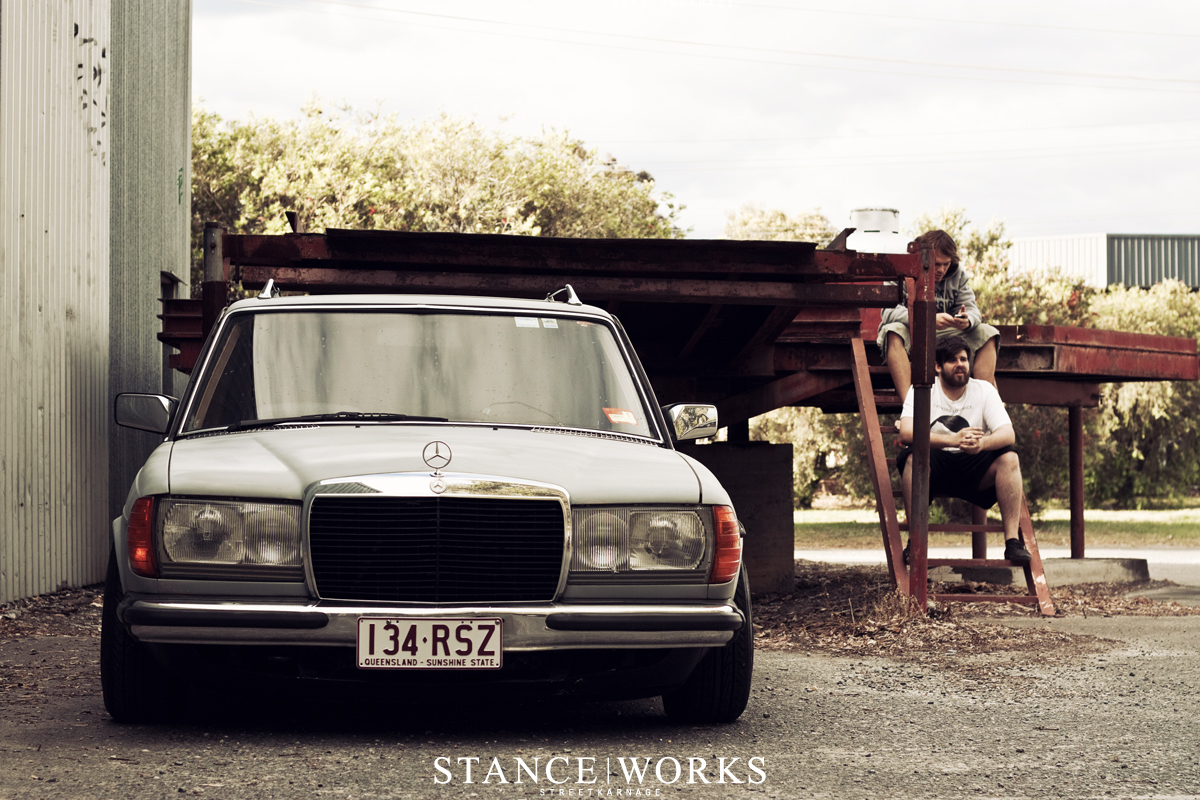 Now, I'll be the first to acknowledge that Zak's chassis of choice will have to grow on you. I can't even blame those who fail to see the appeal, but there's something special to be said: with the birth of the STANCE|WORKS community 3 years ago, we saw a new facet of the community start to shine. Forgotten cars, chassis with no following, and even cars most of us would despise; they all found their way in to the hands of a loving owner. Cars with communities small and seemingly unknown have found their way into the limelight. 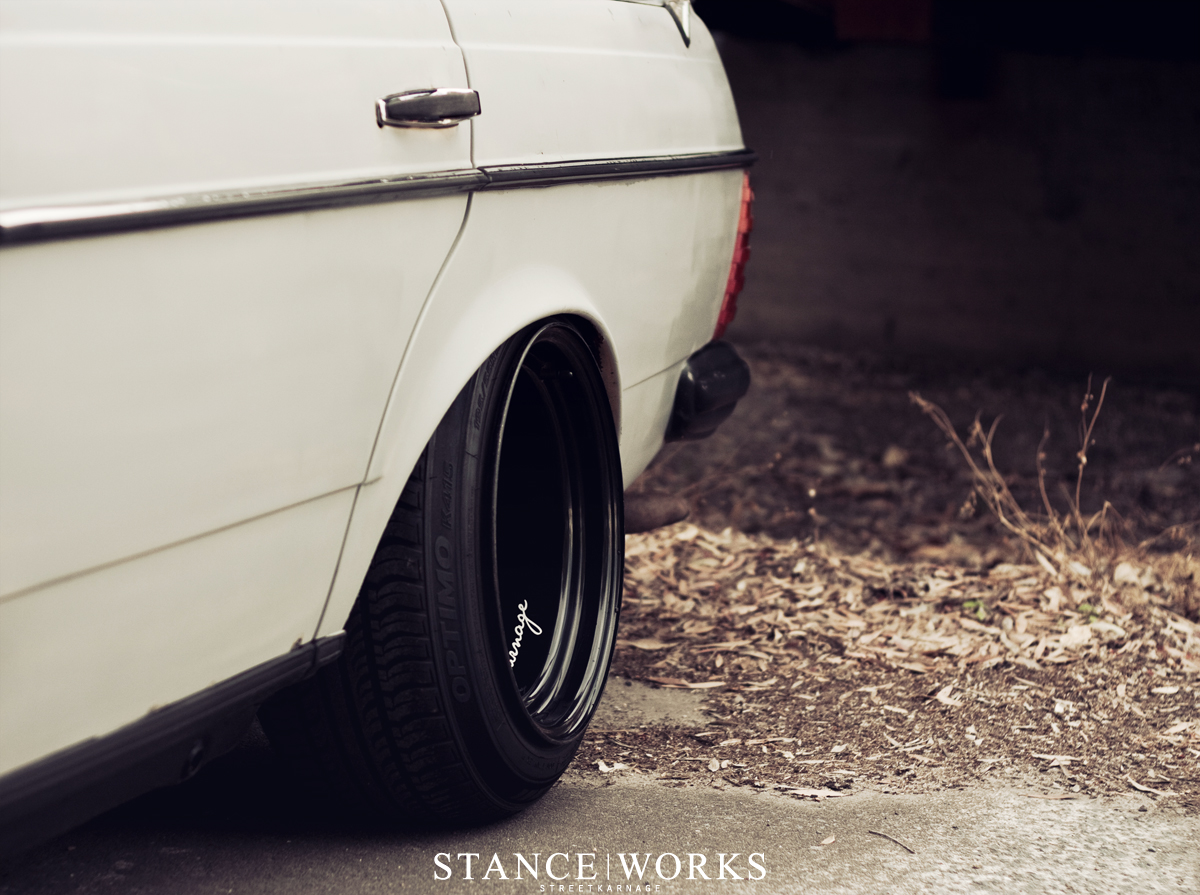 We push to celebrate the love for old cars, and we recognize those who keep them on the road. Zak's efforts to make the Benz his own include custom suspension involving volvo springs, bilstein struts, and raising the engine to make it all work. His 15x8 -10 and 15x10 -30 Sunraysia steelies complement the primered and hot rod-esque "shop wagon" styling perfectly. Most importantly, however, is that Zak's efforts to make his Benz his own mean another car from the golden age will stay on the streets if just a little bit longer, loved by at least one more owner. 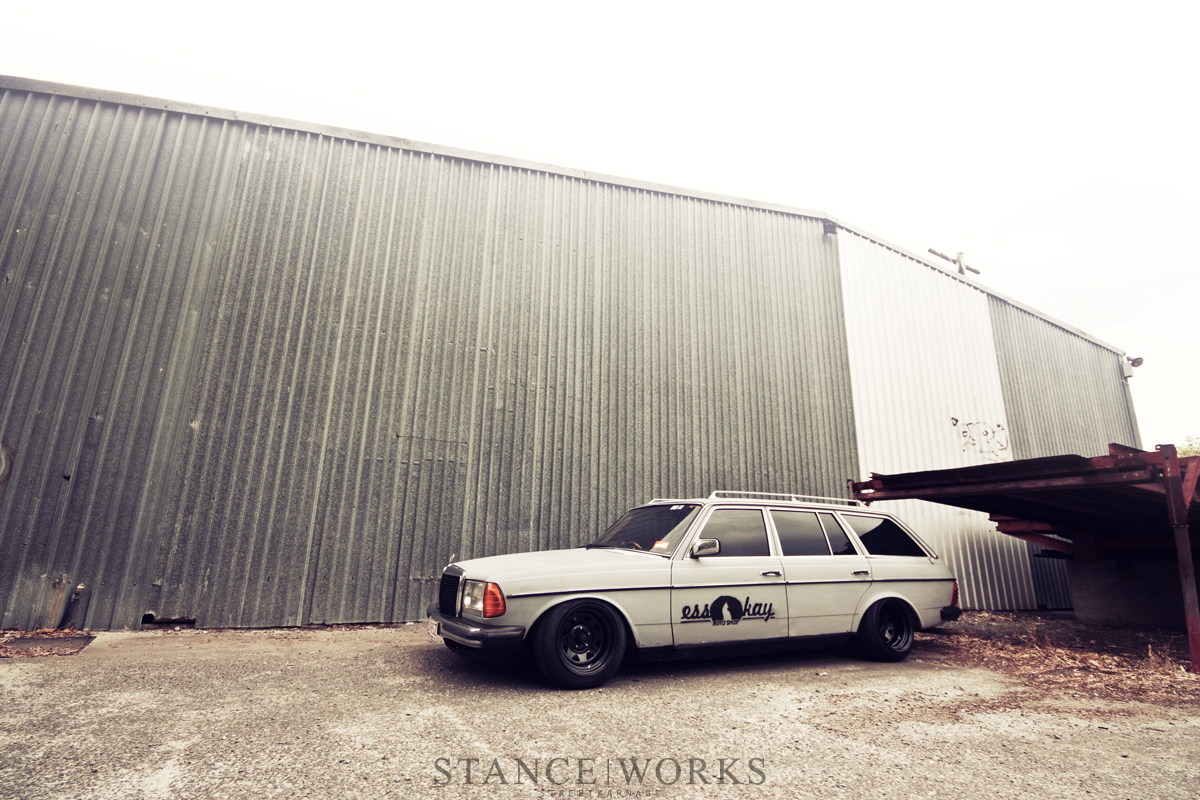 Beauty is in the eye of the beholder, and for Zak, this 280TE is a winner. Our only hope is that Zak's enthusiasm inspires at least one other person. You don't need a common car with a big aftermarket, nor do you need a large budget and flawless aesthetics to enjoy your car and even turn a head or two. Whether you're like Zak and have an affinity for the unique, or perhaps you've found yourself stuck with a car you didn't expect, head to the garage and break some rust free. Perhaps you'll fall in love too.