If you frequent StanceWorks whatsoever, you'll agree that Jay Borcena's TL is a regular. He makes his way to show after show, doing his part to support the scene he loves. He's even graced the homepage in a feature of his own almost two years ago. But there's a special side to the car you won't ever know by attending a car show: the car is an embodiment of a relationship between father and daughter.

Jay has been wrenching on cars since he can remember. From Hondas to Nissans to Subarus, he's played the game in more ways than one. But with the birth of his daughter 4 years ago, he knew it was time to make some changes. He sold his Legacy GT to buy the TL, a car he knew would be much more suited to a growing family. Jay had to outgrow the days of loud exhausts and the smell of 91 octane everywhere he went. 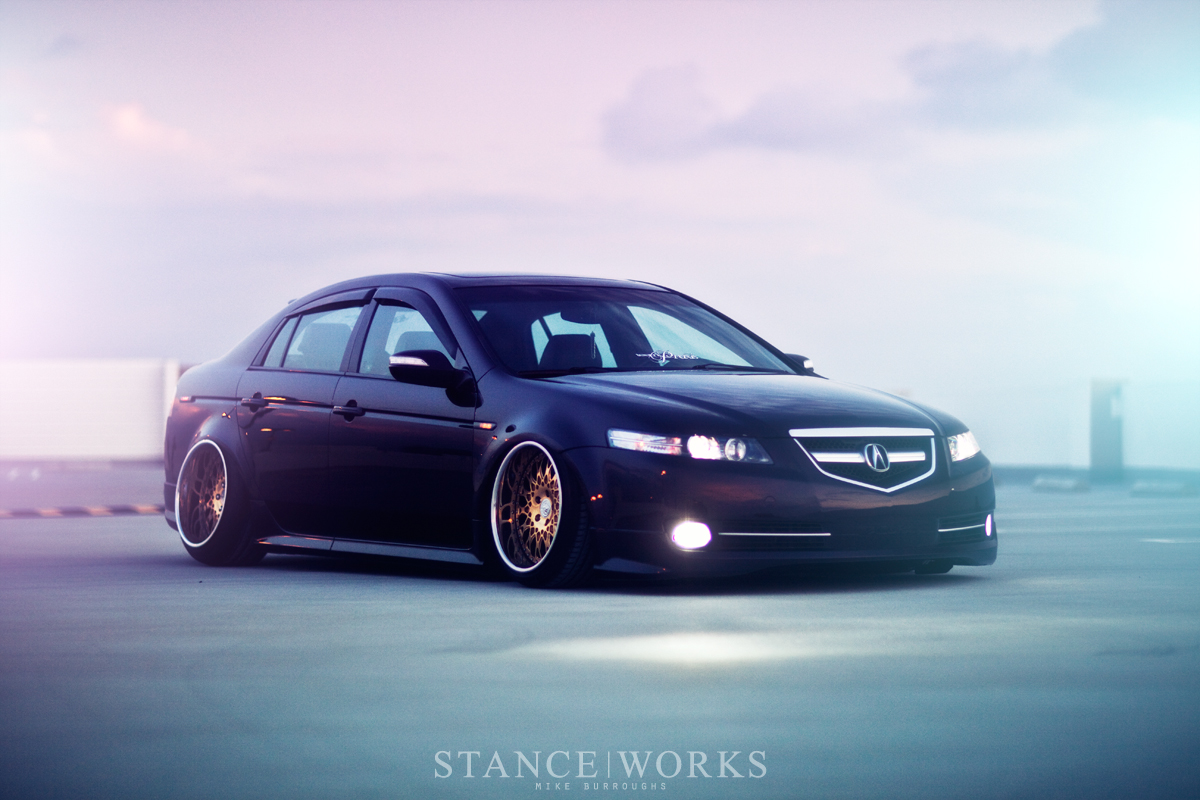 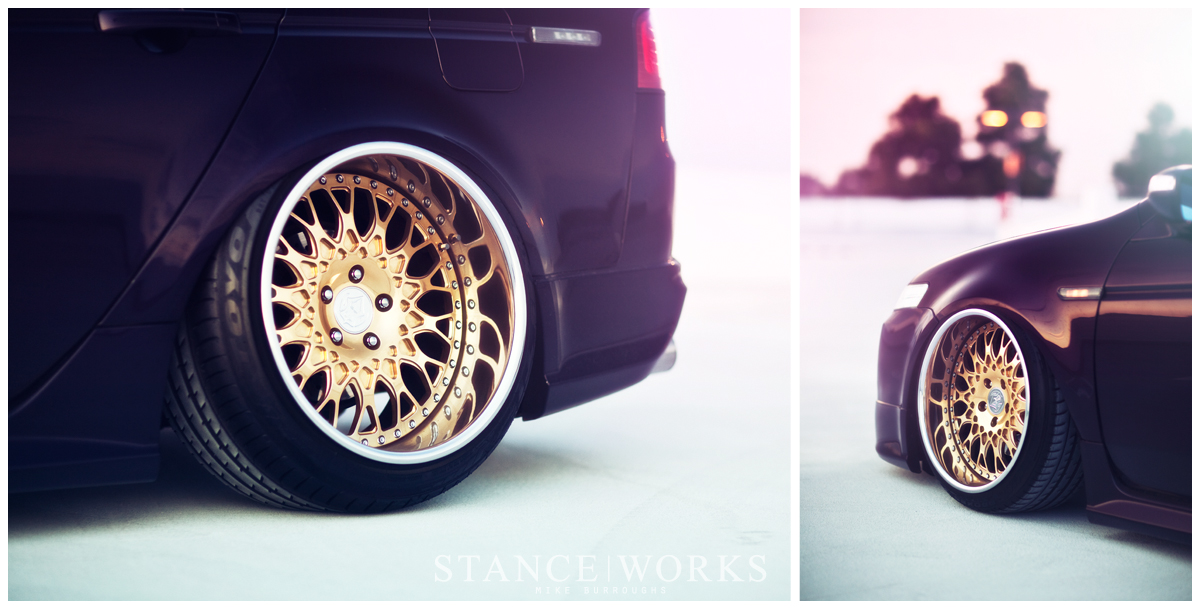 Young people enter the car scene each and every day as the car enthusiast gene is passed down through the generations. At the same time, some deem it time to leave their hobbies behind as a family and a "real" job consume too much time. Often you'll find most people with the passion are dedicated to making it work one way or another. Sometimes it means less of the budget goes to the machine in the garage, but for so many like Jay, it means a change of pace entirely.

Jay used the opportunity try out the VIP scene, and purchased the '08 TL brand new. 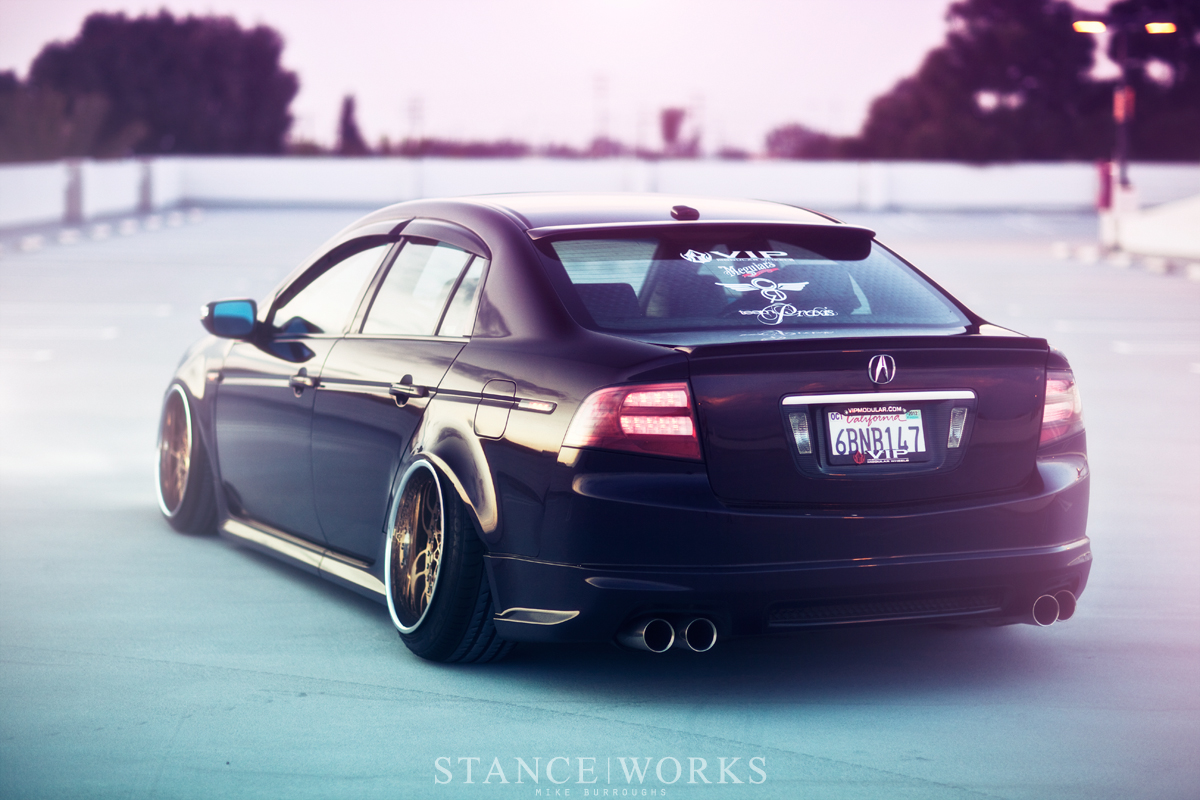 The car began life in an entirely different color- pearl white. As Jay worked his way through the car, widening the fenders and bringing it closer to earth, he decided the deep metallic purple was a perfect fit. Since the last time his car was featured, he's made countless changes to details of the car, from trim pieces to headlights and tail lights; stuff he insists no one would ever notice but makes all the difference to him. It's also hard to miss the gold VIP Modulars that fit perfectly with the new air ride. 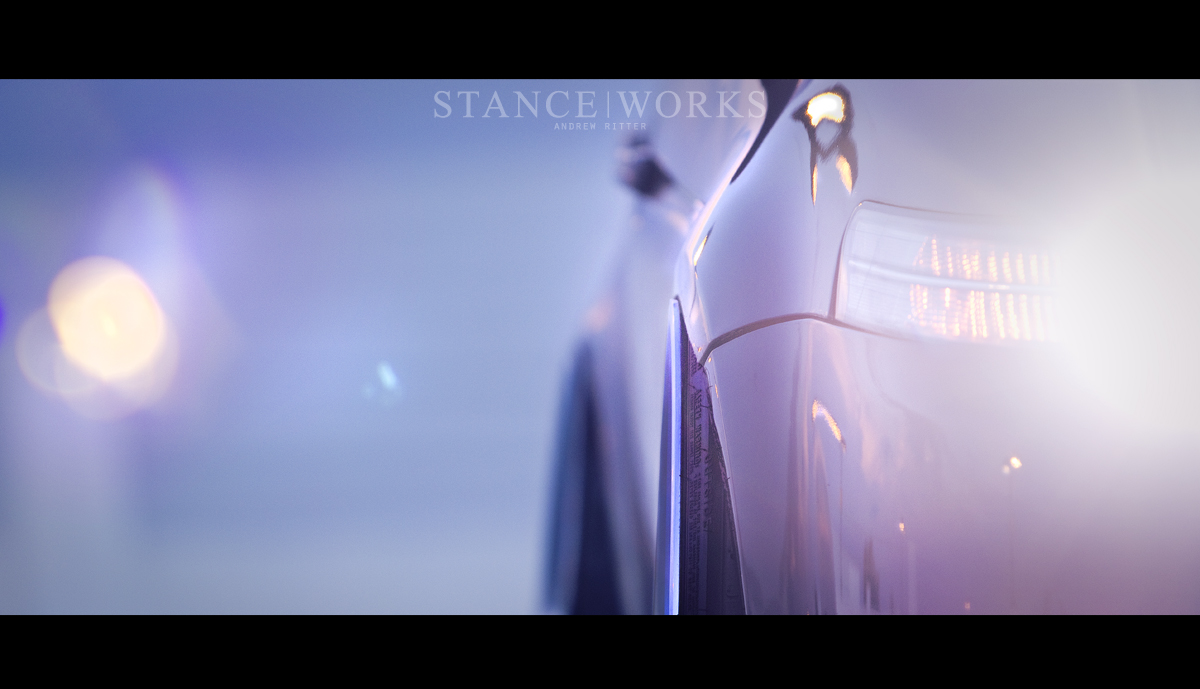 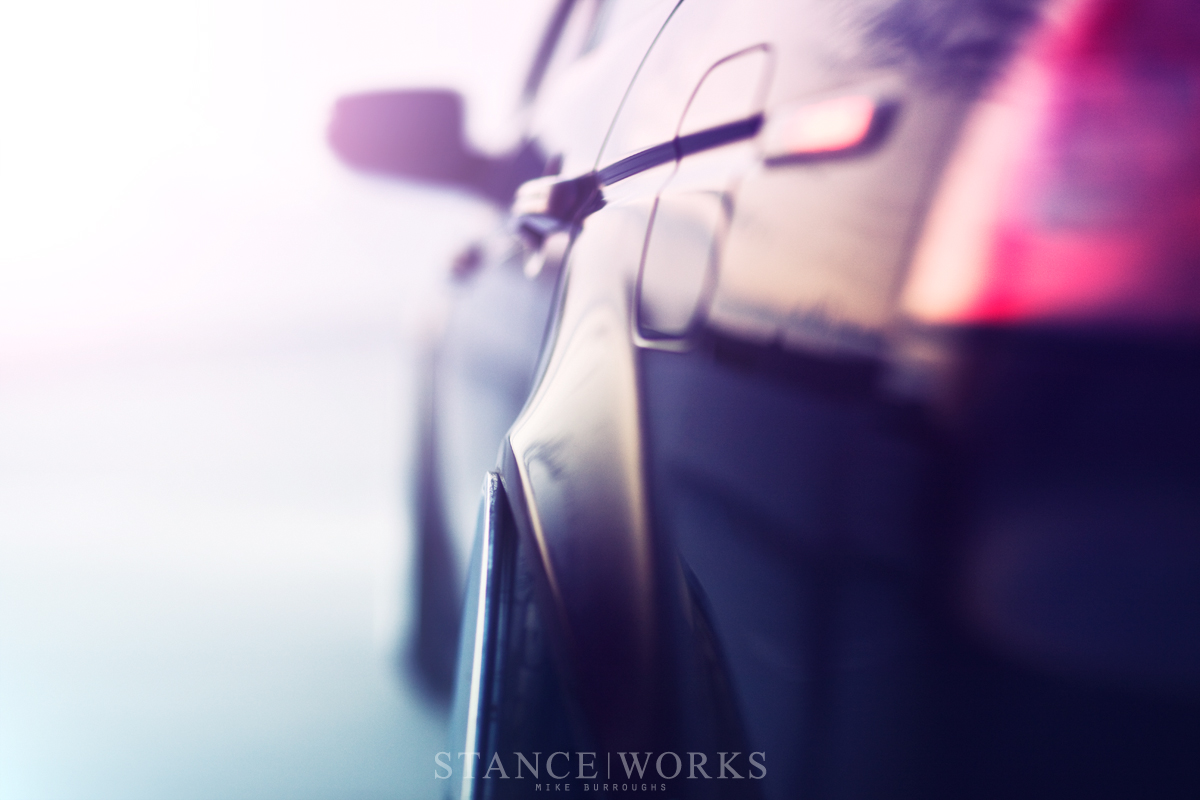 Jay has made the necessary changes to his lifestyle to stay active in the scene. Team Praxis, or more simply put, his second family, gives him more than enough reason to stick around. As for what's next for Jay, there's quite a bit in store, from a full interior to some extra ponies.

For everyone else, let Jay go to show that big changes in your family don't mean giving up your passions- it just means changing things to make it all work. 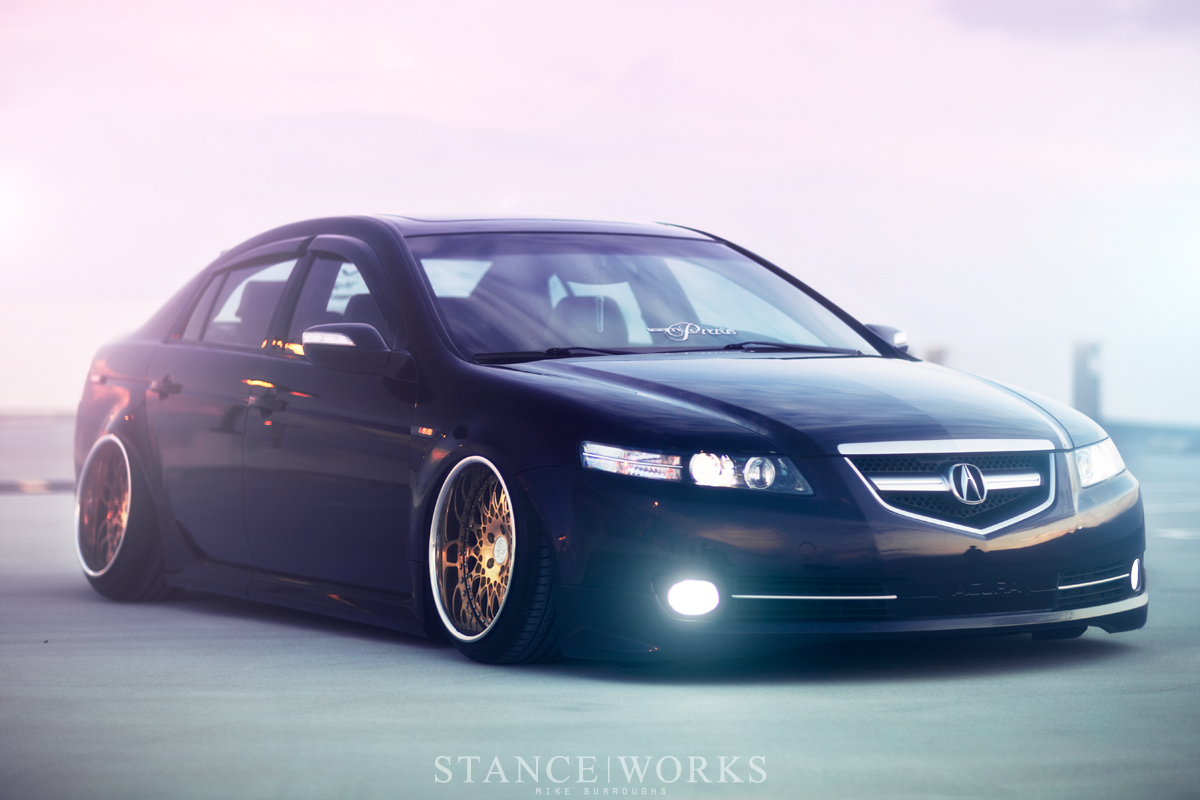