The Porsche 964 holds its own in a unique position in the automotive world. Amongst the hundreds of feature-car owners from the pages of StanceWorks, the 964 is a recurring favorite between them. Seen by many as the last bastion of attainable icons, the 964 is quickly making a rise in popularity within our niche of the car community. More often than not, it seems to be the "car on the bedroom poster," or "the car I grew up dreaming of," and Kristof Mombaert's story is no different. After years of lust and longing, and of course, persuading his wife, Kristof found himself face-to-face with the car of his childhood dreams. 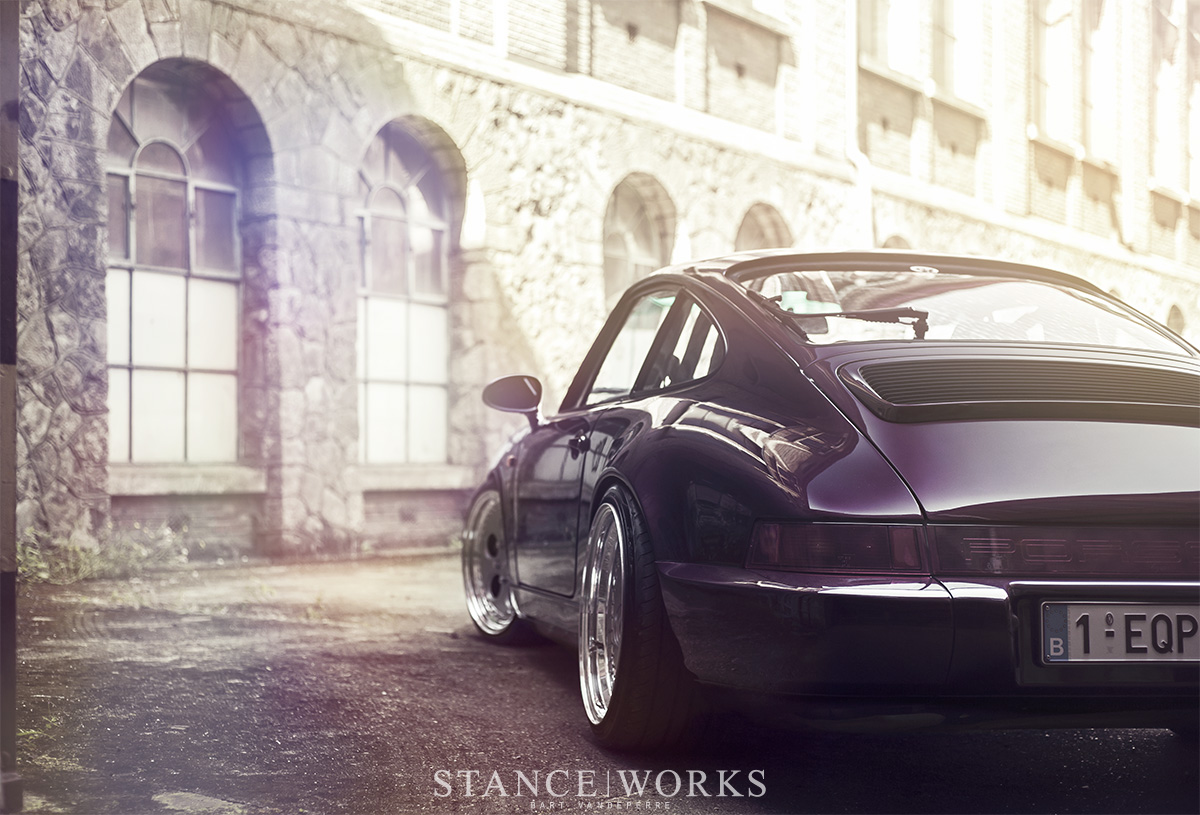 Let's be clear - it's not a purple 964 - it's Amethyst. Whether the distinction between the two makes a difference, Kristof's opinion of the color changed after seeing it in person. Taking a step back and comparing it to Porsche's previous offerings, the 964 brought the air-cooled slope-back coupe into modern times. Amenities such as air conditioning and electric accessories - such as the sunroof - were a top priority for Kristof. While the air-cooled nature of the car solidified it as a "real" Porsche in his eyes, Kristof's dream car had standards to meet. After finding the "right" fully-loaded example, he was left to mull over the "unique" color - one that he had originally found rather homely. Unable to turn away from everything else the car offered, Kristof gave it a look nonetheless. In a complete change of heart, it was love at first sight, and he left with the keys in hand. 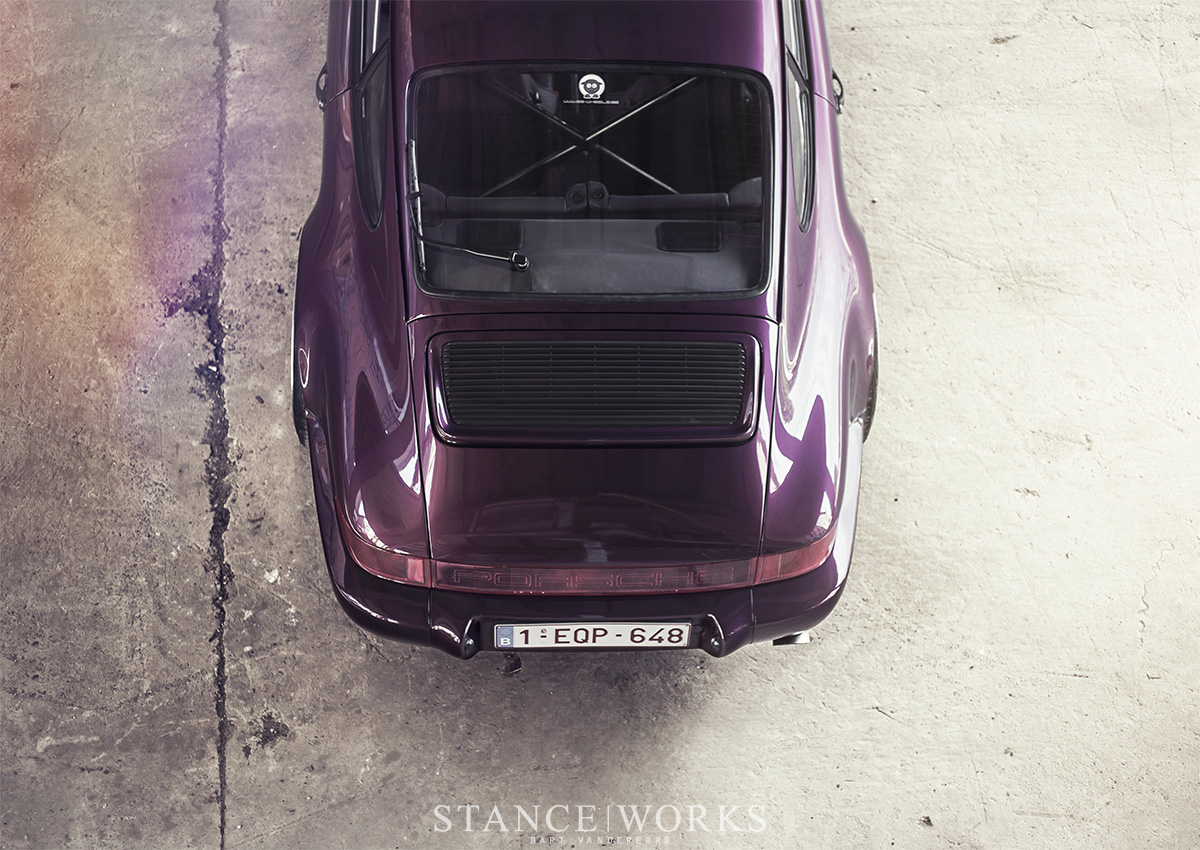 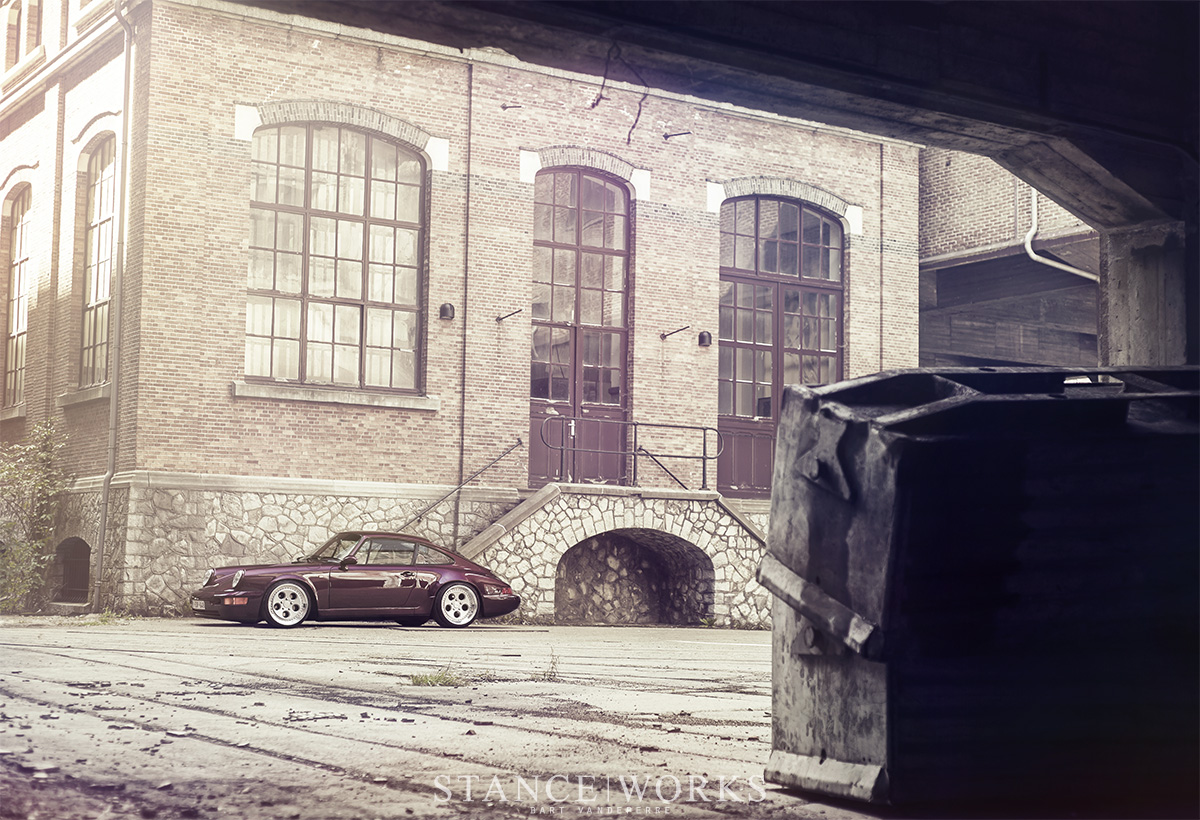 Like the rest of us, Kristof isn't one to leave his cars alone. Running a company in Belgium by the name of Black Sheep Wheels, he's rather familiar with tuning and style. Kristof was one of the first to partner with Rotiform wheels in Europe; as one of his most popular products, it seemed only fitting to sport a set himself. In fact, he's been through a few sets - TMB Race wheels, LHRs, and most uniquely, the DIAs seen here. As the 964 continues to rise in popularity, somehow ensnaring the Rotiform name with it, Kristof has his car standing out from the otherwise gorgeous crowd by going with such a unique choice. Inspired by the iconic Lamborghini Diablo 5-holed OZs, the DIA offers a taste of exotic flair to the "attainable" sports car. 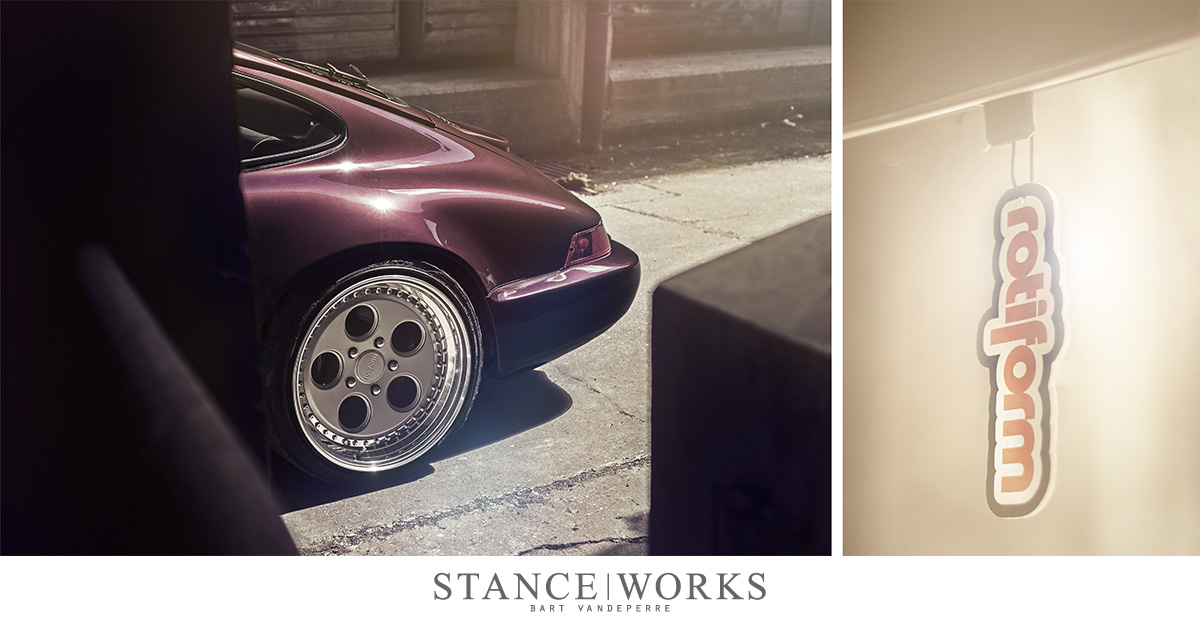 To compliment the wheels, a set of KW V3s keep the car's arches riding close while retaining the handling characteristics that have made the 964 famous. To finish the exterior of the car, Kristof has kept it simple - RS air ducts and RS rear bumper components round out the bodywork, cup mirrors add the necessary accent look, and lastly, he even borrowed something from us state-side folk: US-spec lighting. Together, they form an understated aesthetic that, frankly, needs nothing more. 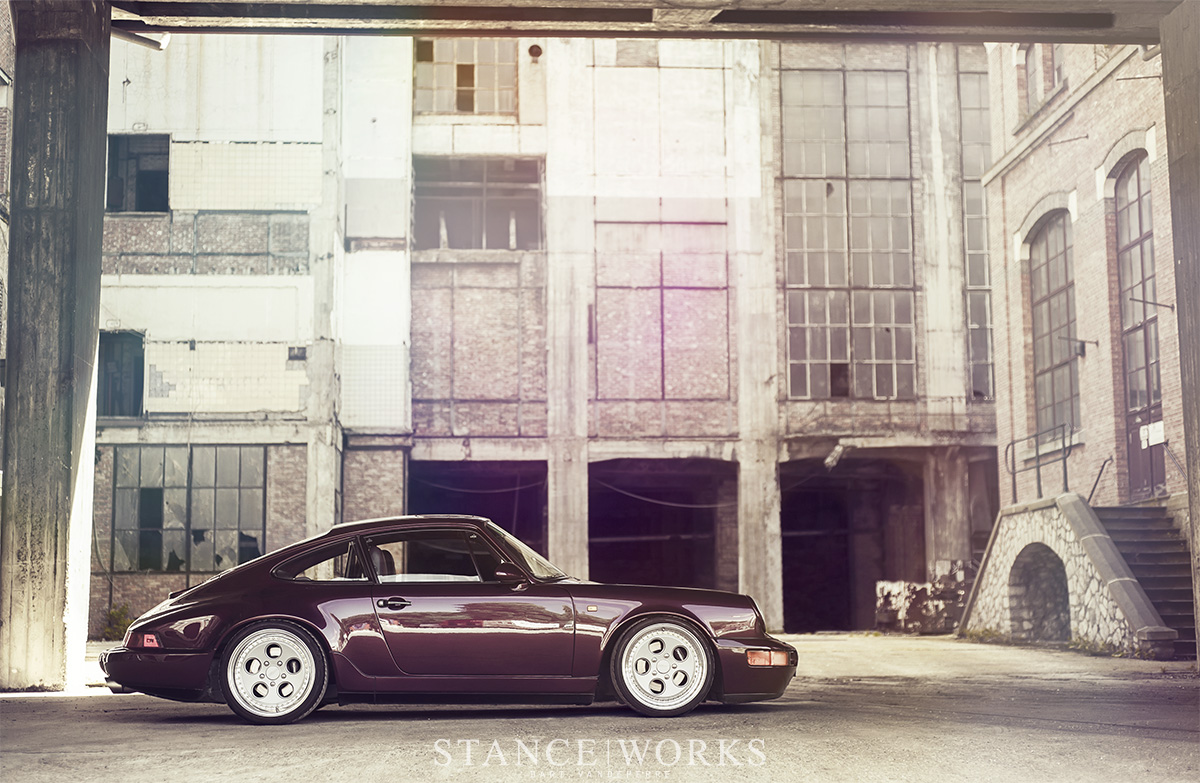 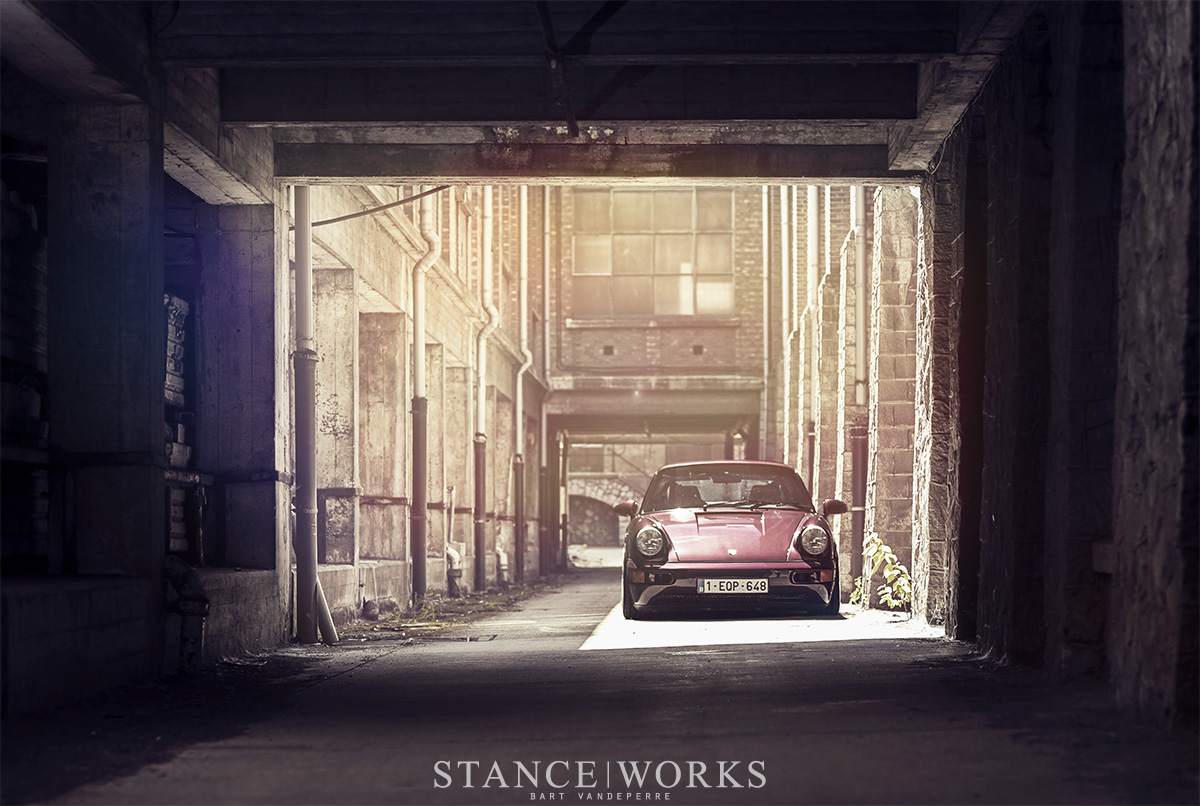 Inside the car, a "not purple" interior matches the "not-purple" exterior nearly perfectly. A black powdercoated Weichers half-cage eliminates the rear-visibility of the car, while offering up some aggressive styling and chassis stiffening. Under the rear deck of the car, the 3.6-liter engine has received an RS clutch and flywheel combo, routed through a manual gearbox. An RS chip bumps the power up, and a cup pipe allows the flat six to breathe and scream. 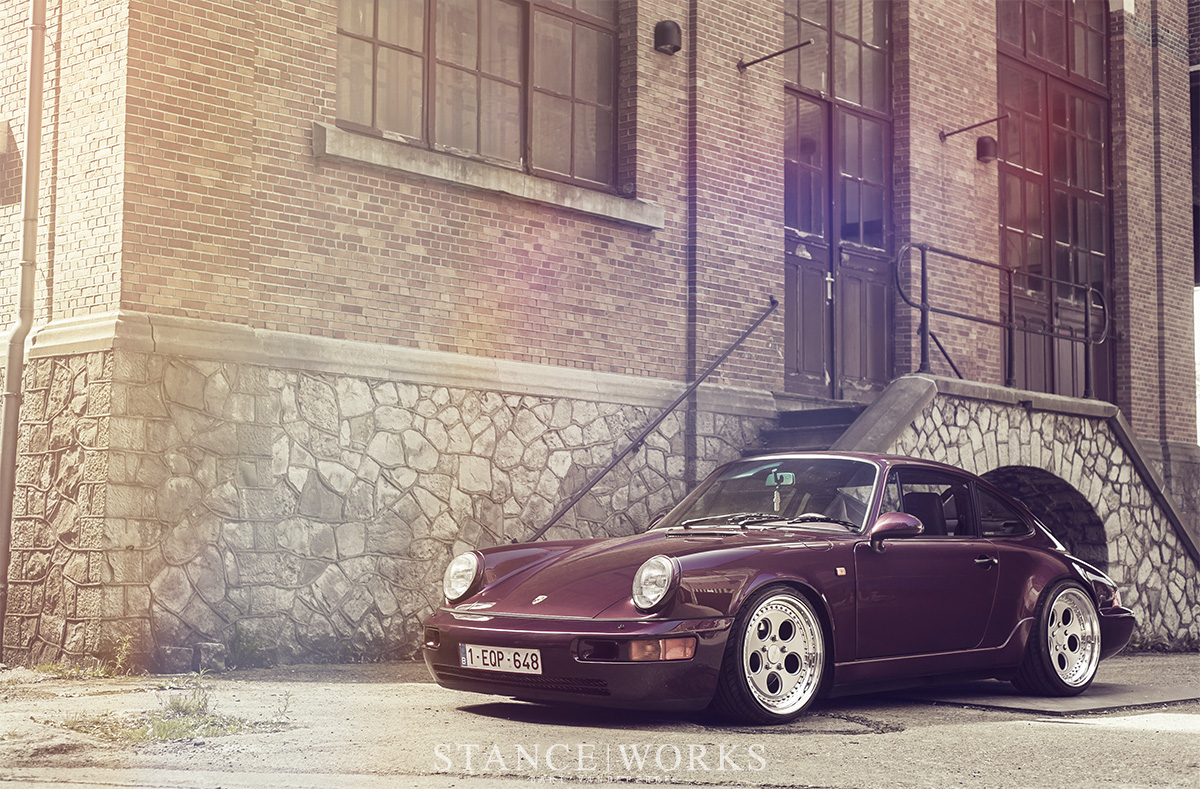 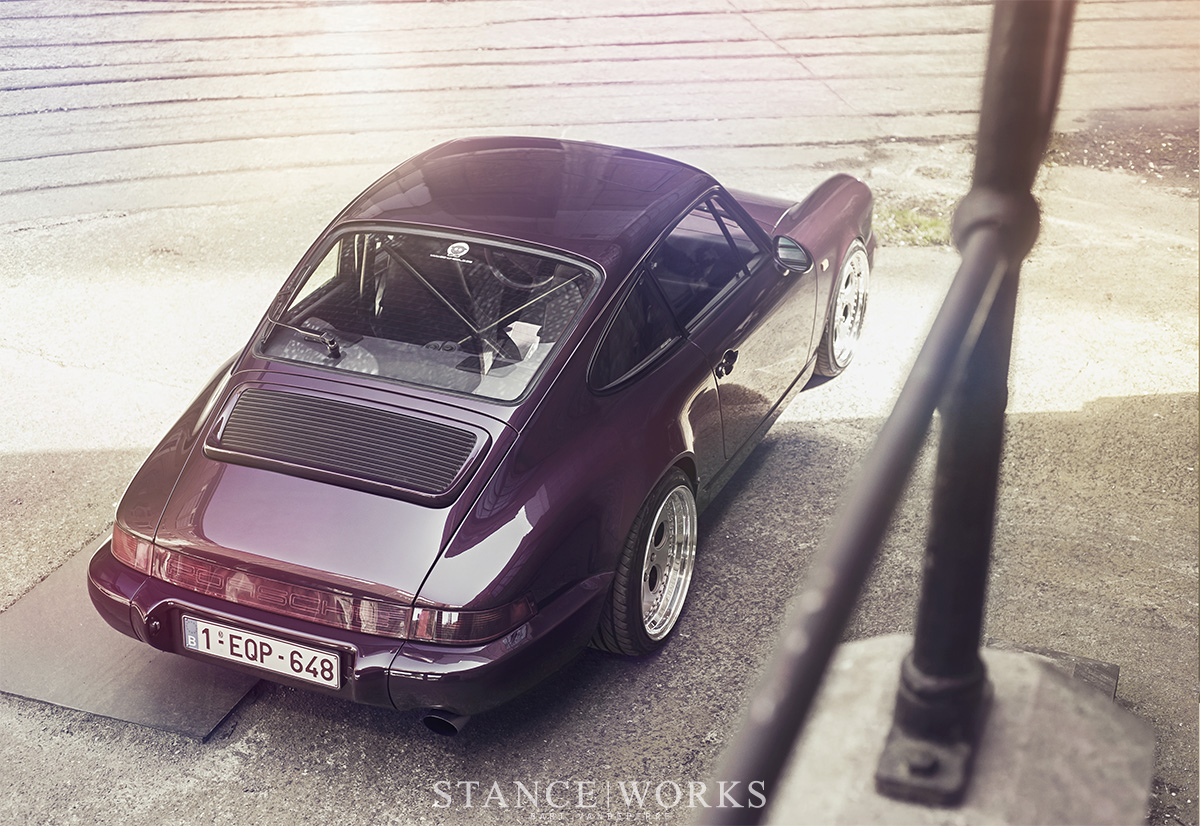 Kristof's Amethyst 964 exudes a style all its own - perfect for a guy whom runs and markets his own wheel company. Kristof's average commute is around 30 miles each day, which the Porsche sees full time, giving fellow 964 lovers a more than a fleeting chance to see what many would harbor as a garage queen. Kristof is out to enjoy his Porsche to the fullest extent, and we enjoy it too. 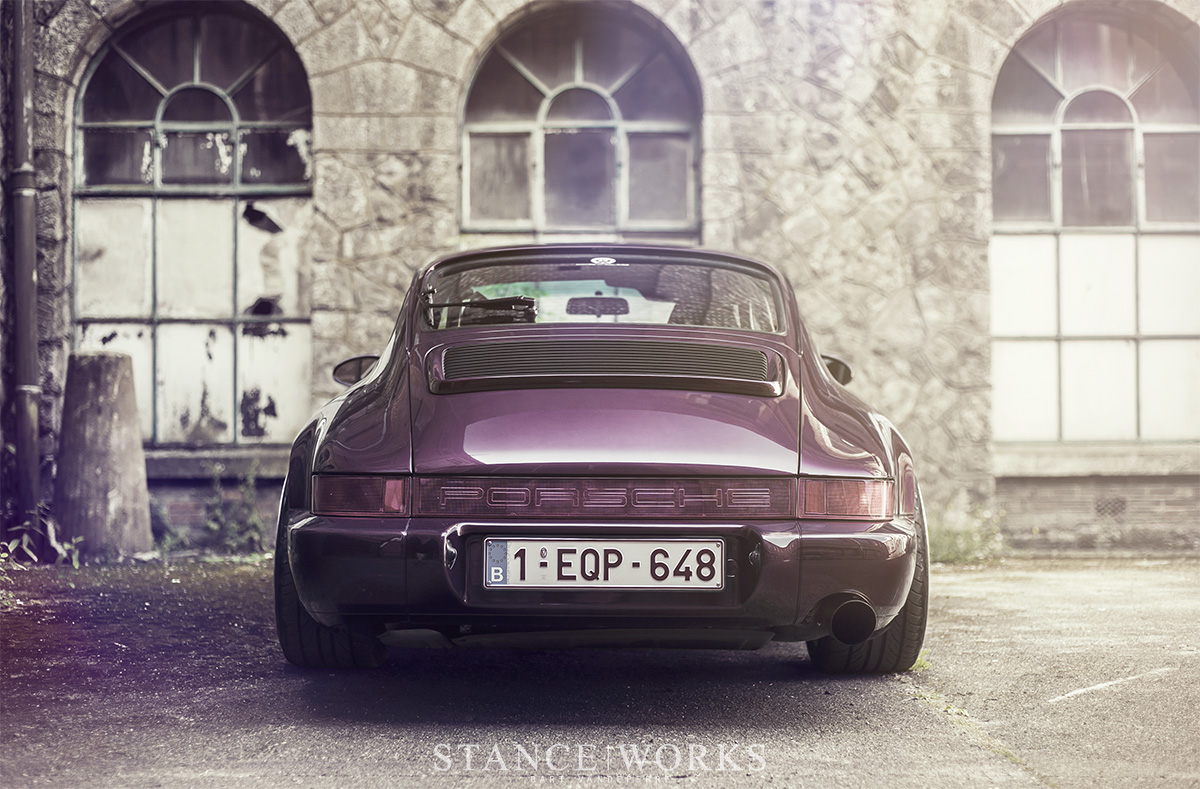