Much like a heart attack, drift attack grips the being of Victorian Drifters and squeezes until all circulation is cut off. Round 2 of Vic Drifts Drift Attack was held at Calder Park, a course that has been off limits for years due to politics with the owners of the track. Drifting used to be a monthly occurrence here, but was closed down due to a decision by management. 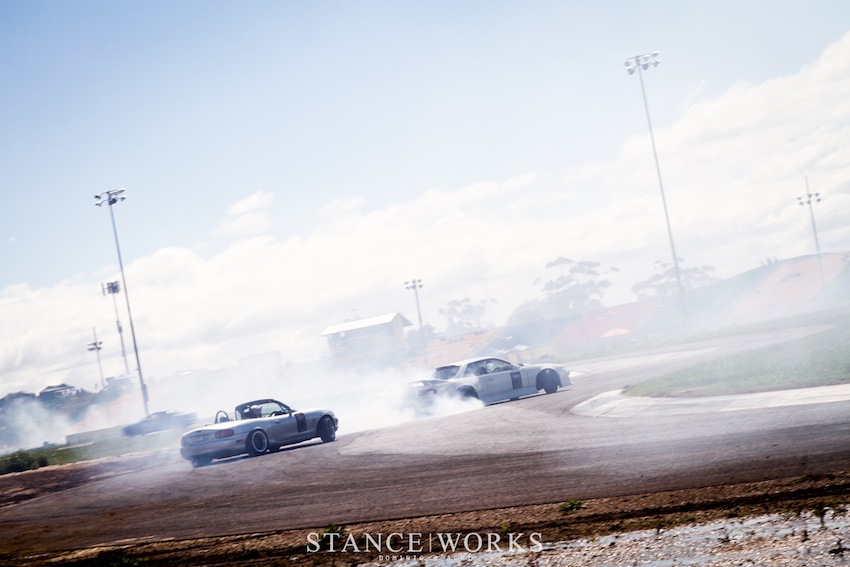 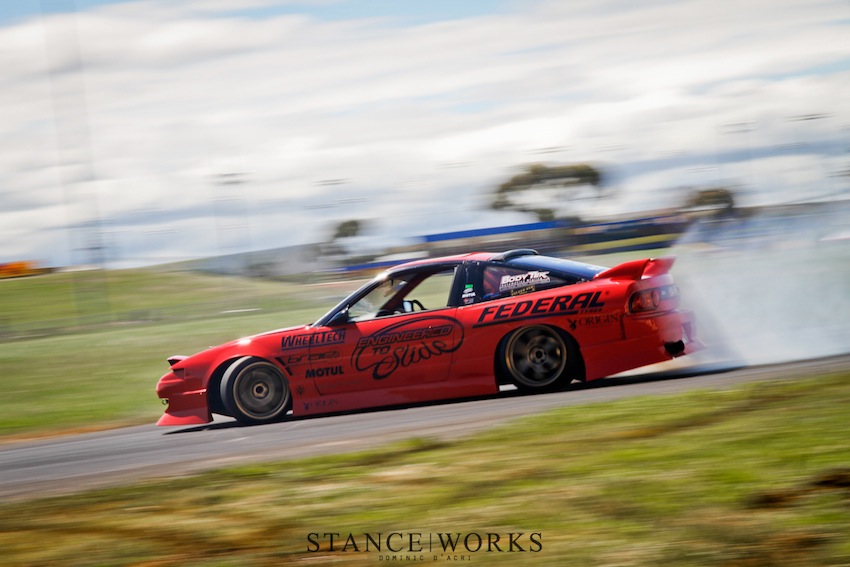 People travel from across the country to battle it out for a chance to win cash money, a prize that is well sought after these days. In saying that, many competitors still only enter to get track time and have a blast. 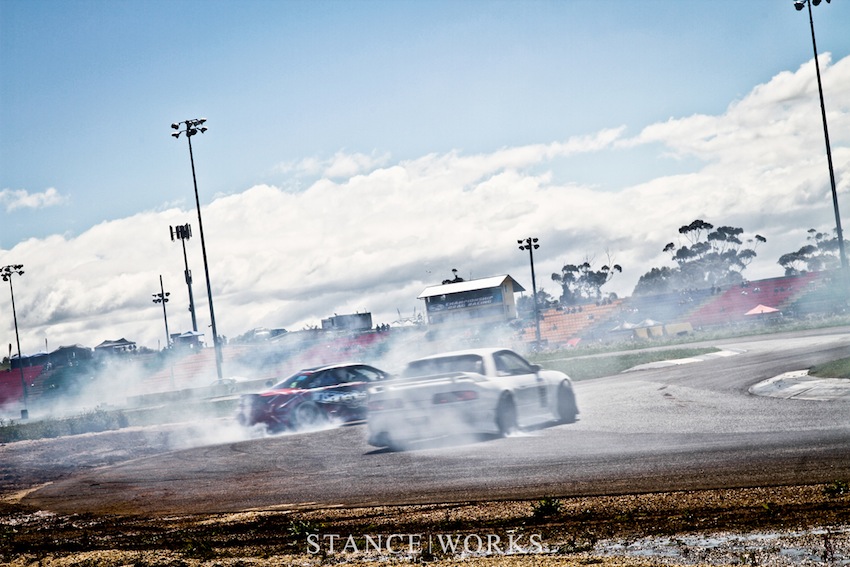 The weather was typical of Melbourne; Wake up, walk outside, raining cats and dogs. We got to the track, wet as can be, but with no rain, just clouds. It only took a few hours and we were frying, both tires and skin. The heavens opened up and it was like God was burning our sins away. Wait, fire means hell…. 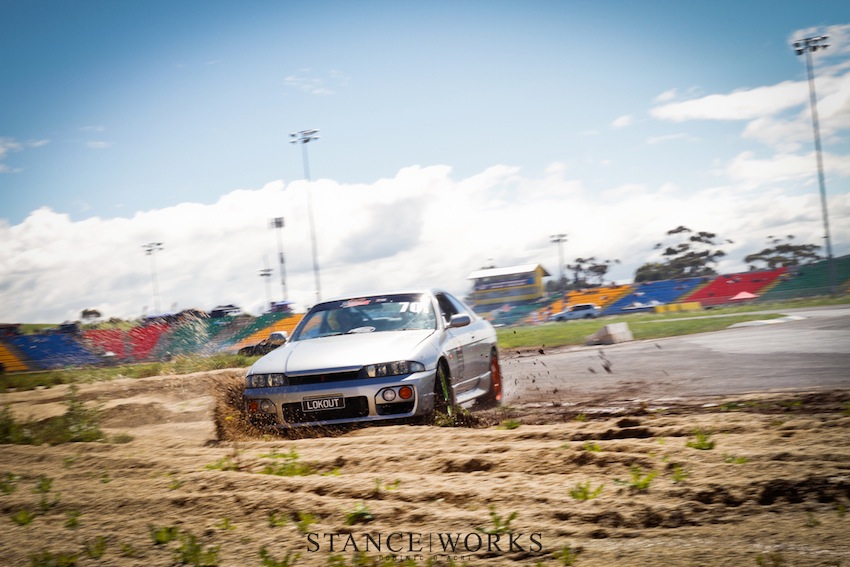 The battles continued through the day, with some contests being too close to call resulting in re-runs. With minimal carnage, and several beaching’s in the sand traps, the day was done. Congratulations to all the competitors who qualified and thanks to Vic Drift for putting on the event. We look forward to many more to come. 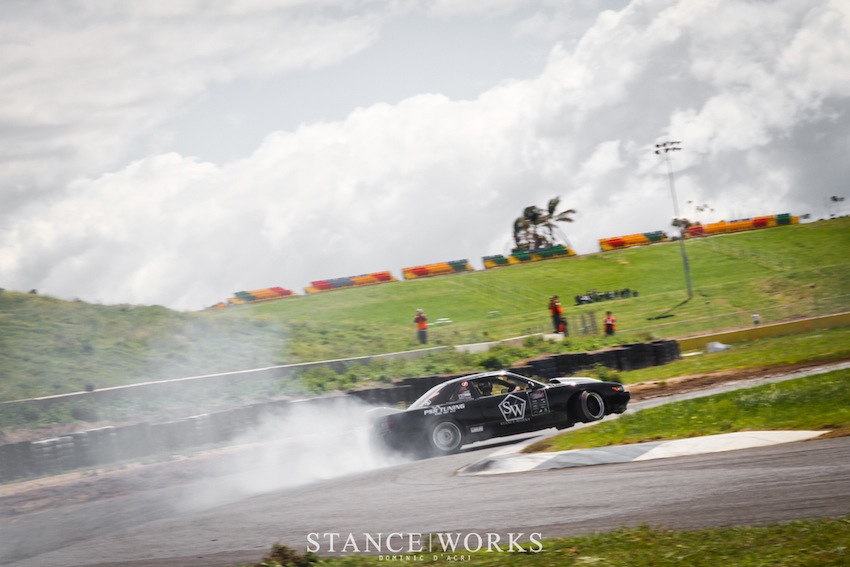