Words and Photos by Mike Alexander 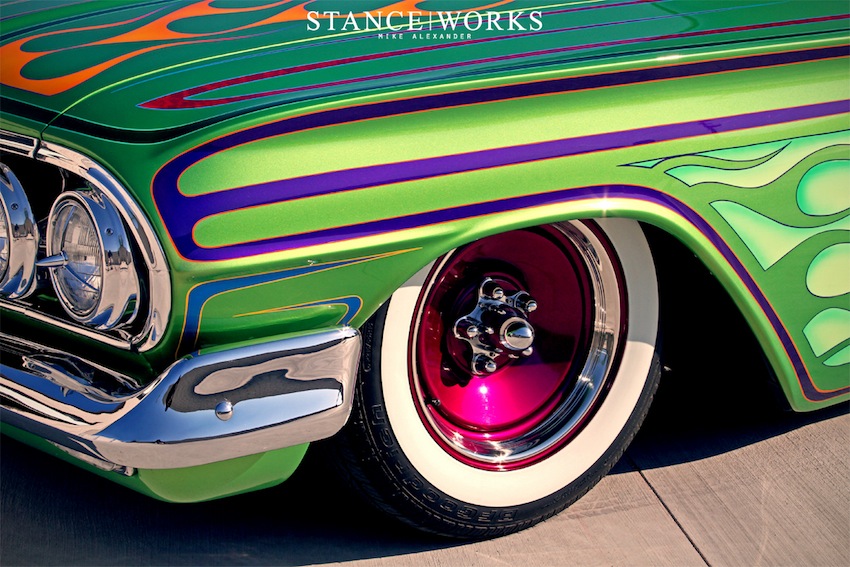 When it comes to badass 60s customs there’s a crew from a small town in “Kalifas” known as the Locos Banditos that have been building killer rides for the better part of two decades. 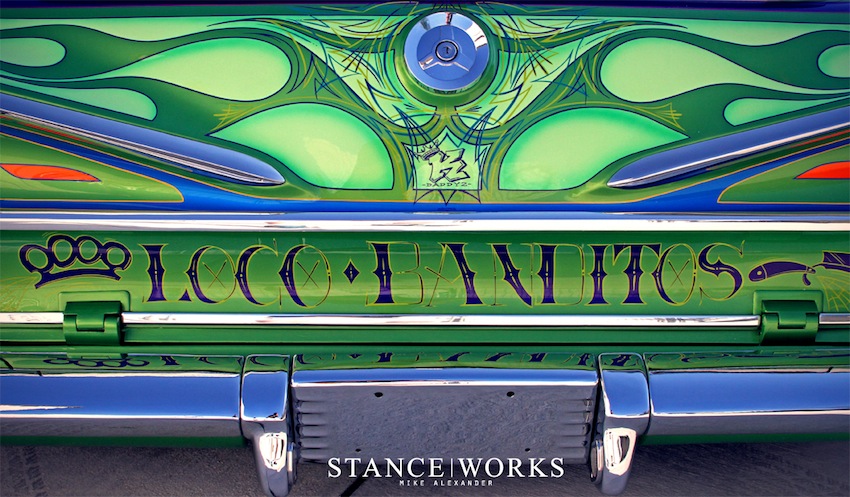 Lead by “K-daddy” Kyle Gann (if you’ve never heard the name, K-Daddy’s Kustomz type it into you favorite search engine and you will see more cover car and truck paint jobs featured in magazines world wide than we care to count). This group of misfits features plenty of true blood car guys, but also has talented artists, painters, and tattoo extraordinaire “Kool Hand Luke” as part of the mix. So you can imagine why a group like this might have some of the brightest, loudest, and sickest paint jobs on the west coast! 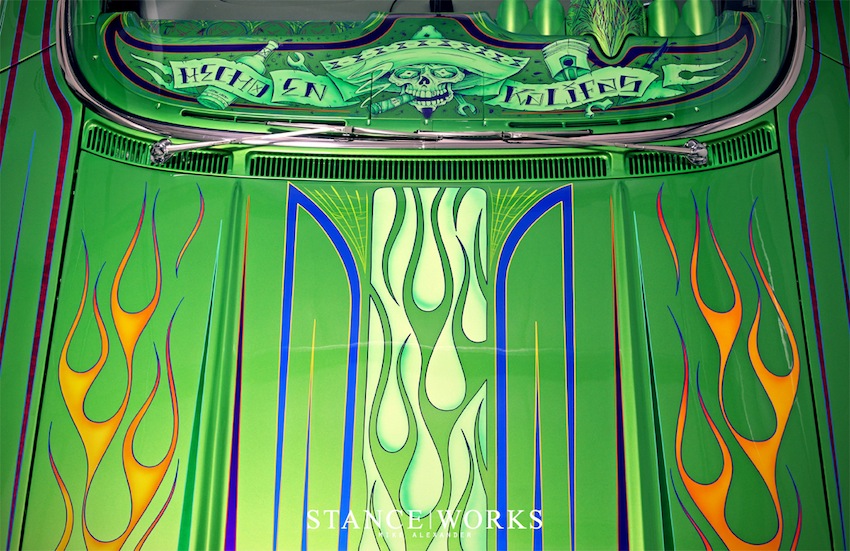 Rob Macdonald’s 1960 Chevy Wagon is the perfect example of what the Locos Banditos are all about. 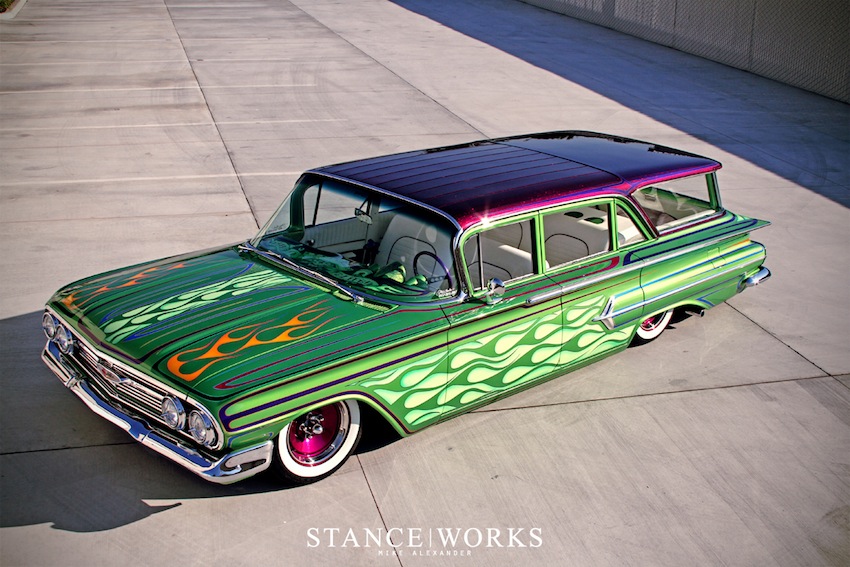 Long and Low, Rob’s Wagon is planted flat to Mother Earth and features a K-Daddy paint job that won’t soon be forgotten. Every square inch of this Wagon has been customized. From the killer white and painted interior.... 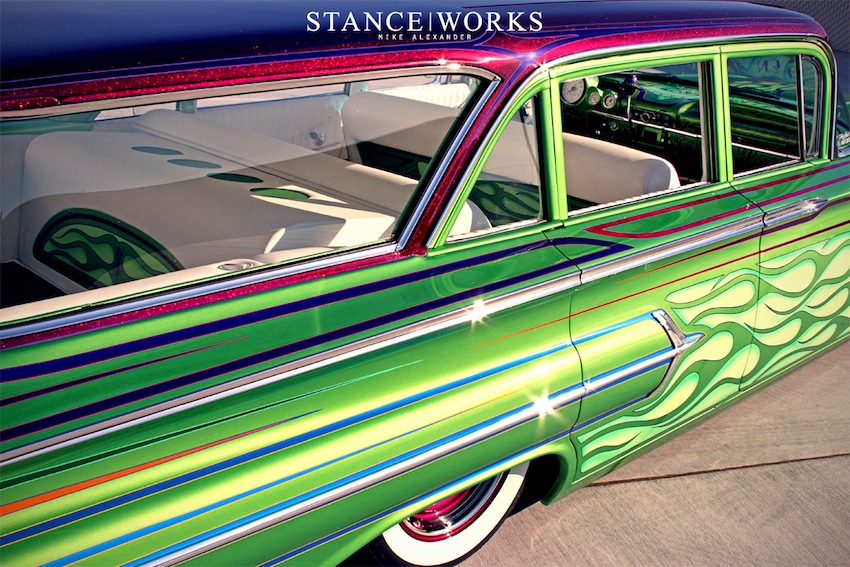 ...to the custom-built 409 beast of a motor, and a full AccuAir Suspension setup, Rob’s wagon is not just the average “surf’s up” California cruiser. 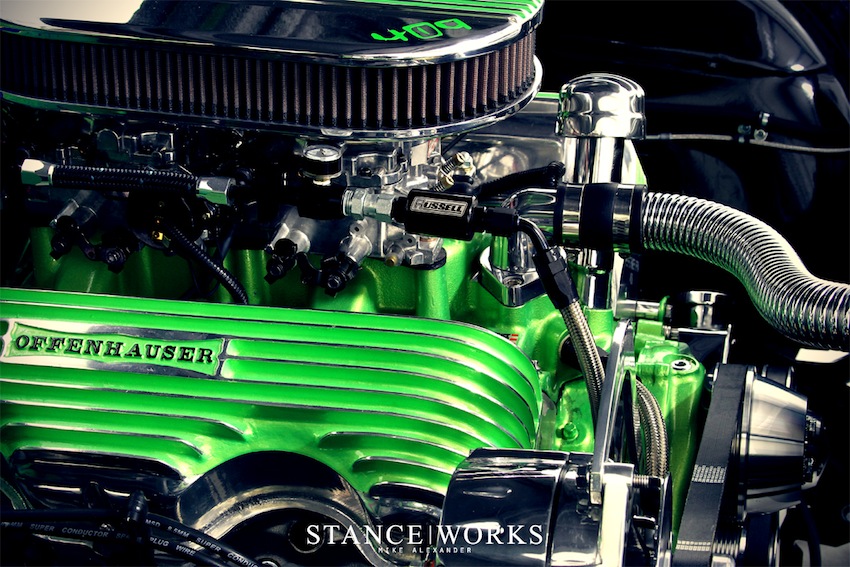 Unveiling this year at the Santa Maria Cruisn’ Nationals show, I had the pleasure of seeing her fresh out of the paint booth and photographing this beautiful machine not just for your favorite website here, but also for the cover of Japan’s largest Hot Rod Magazine, Crusin’. 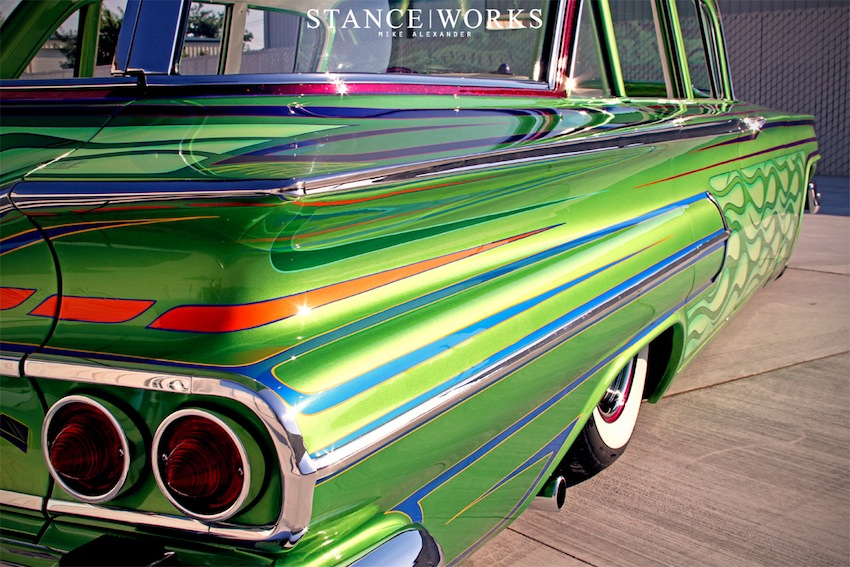 Rob has also been featured in Rod & Custom and has received countless awards and accolades for his vision and build. It’s a daring feat to go this bold and mix a few different styles in such a build, but to say Rob pulled it off nicely, would definitely be an understatement. 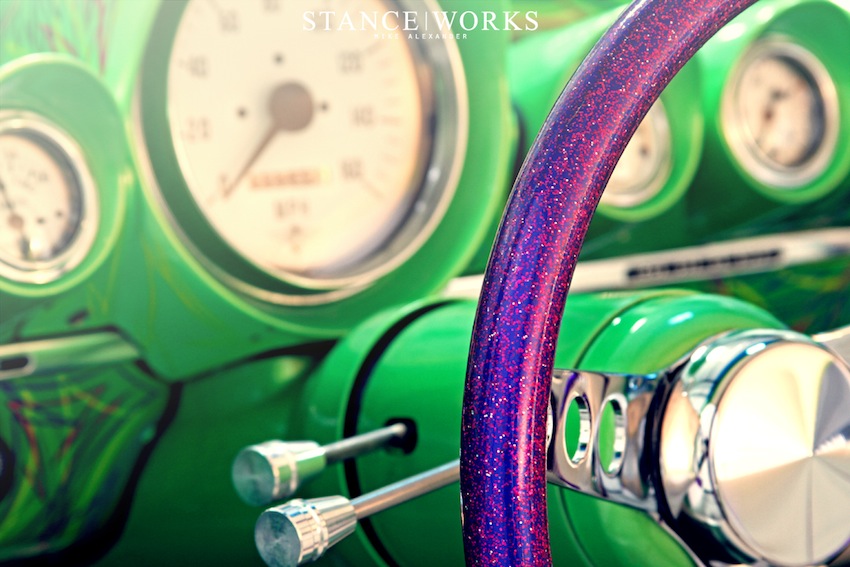 For more Hot Rod and Custom Truck features head on over to Grinder TV. This won’t be the last you see of Rob, the Locos Banditos, or myself so stay tuned for more hot rod and truck action coming soon! 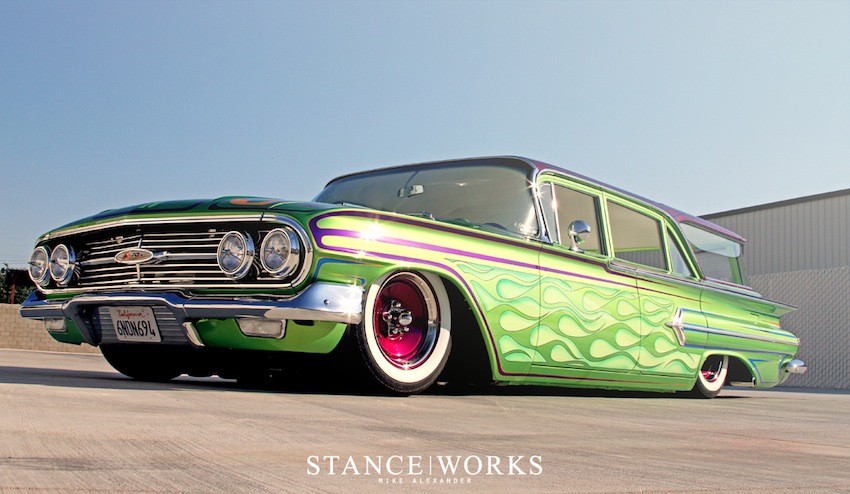