Melbourne. The weather is always unpredictable. You can watch the forecast on the news and listen to the pretty weather girls tell you what’s in store, but to go by what they say is a fool’s act. 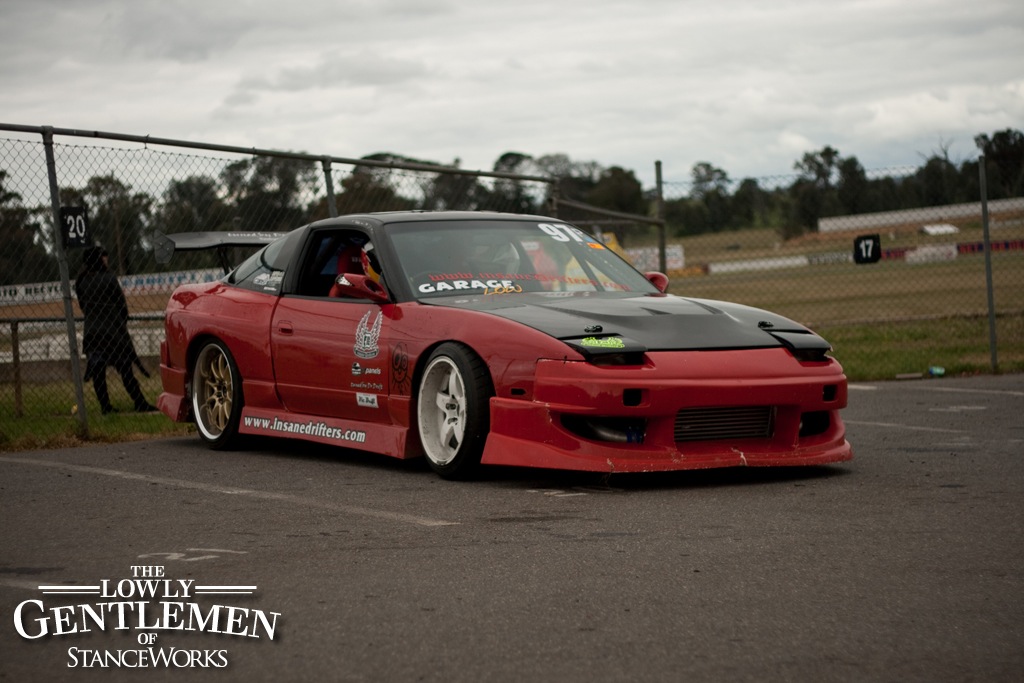 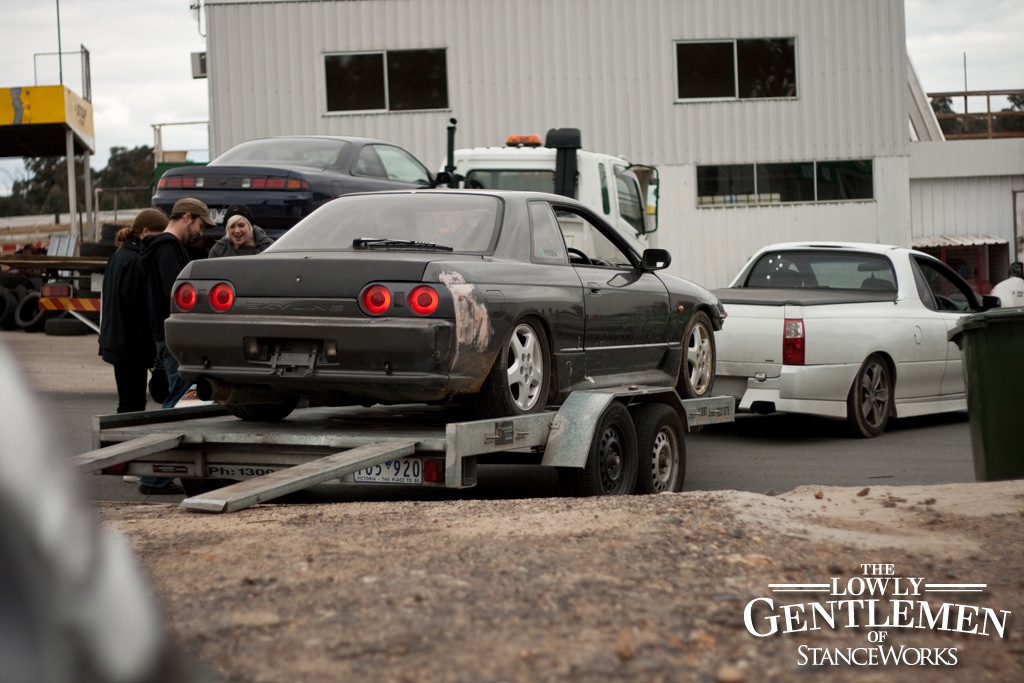 In all honesty, it was the first time I had actually been to Winton race way, which is a little over 2 hours north of Melbourne. I wasn’t too sure what to expect, but as I had finished work at 6am that morning, I spotted a few cars on trailers creeping through the suburban streets on their way to the freeways. The forecast told a tale of rain and cold wind. The drive up seemed to reinforce that theory, but as we arrived only clouds remained, no rain in sight. 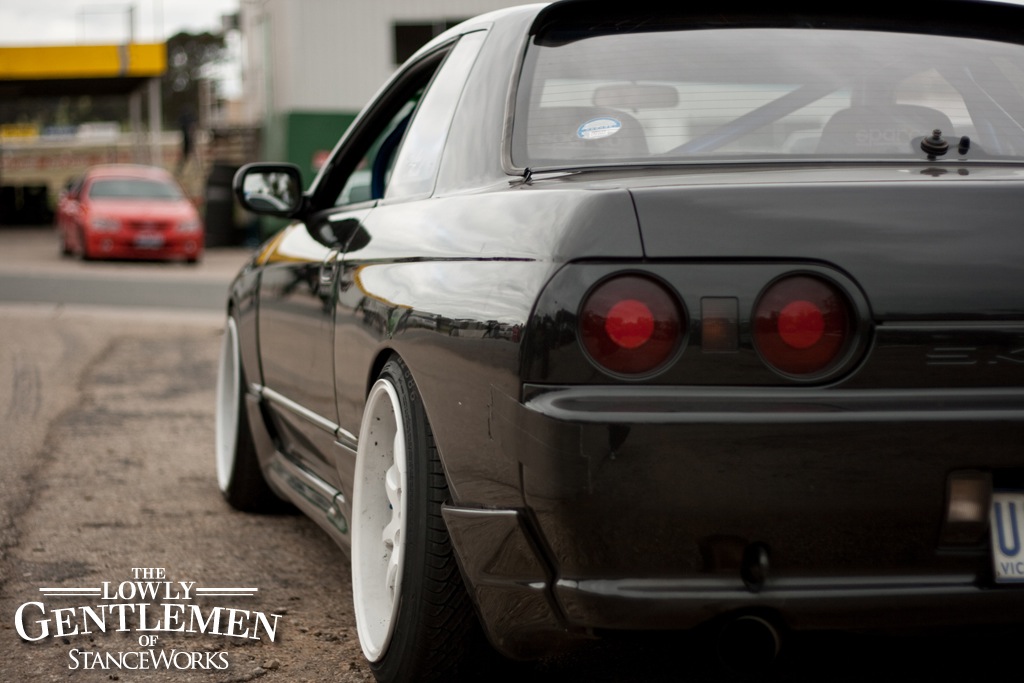 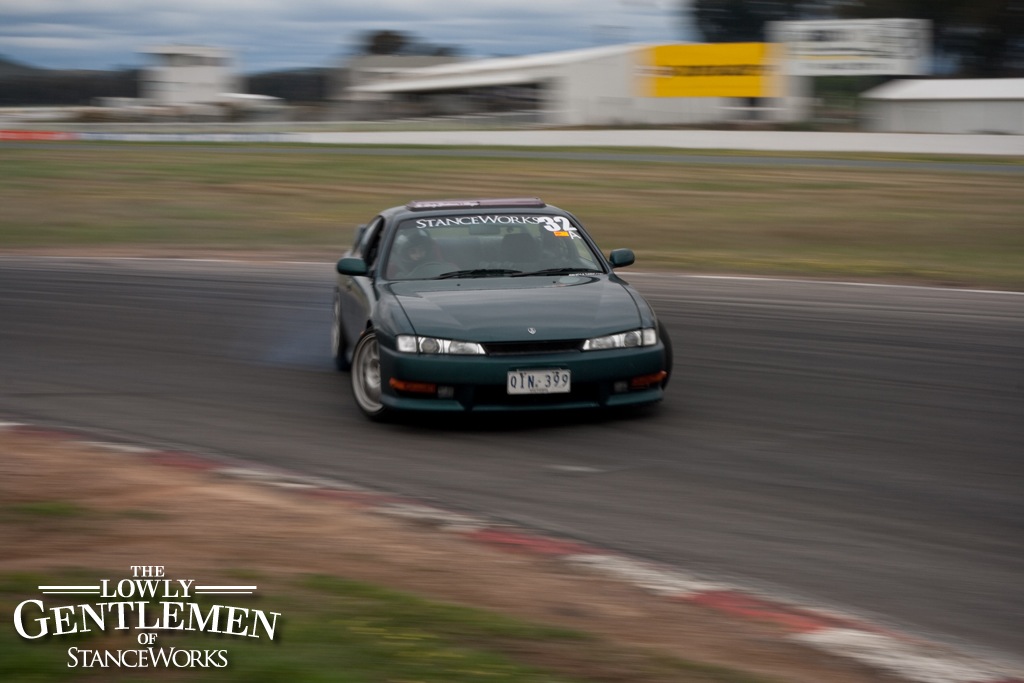 The day started off beautifully. Drivers started rolling out and warming up, familiarizing themselves with the track and its demand to be punished. As the day progressed the drivers became more comfortable with their surrounds, the weather got a little warmer, and the pro class started frying their tires. 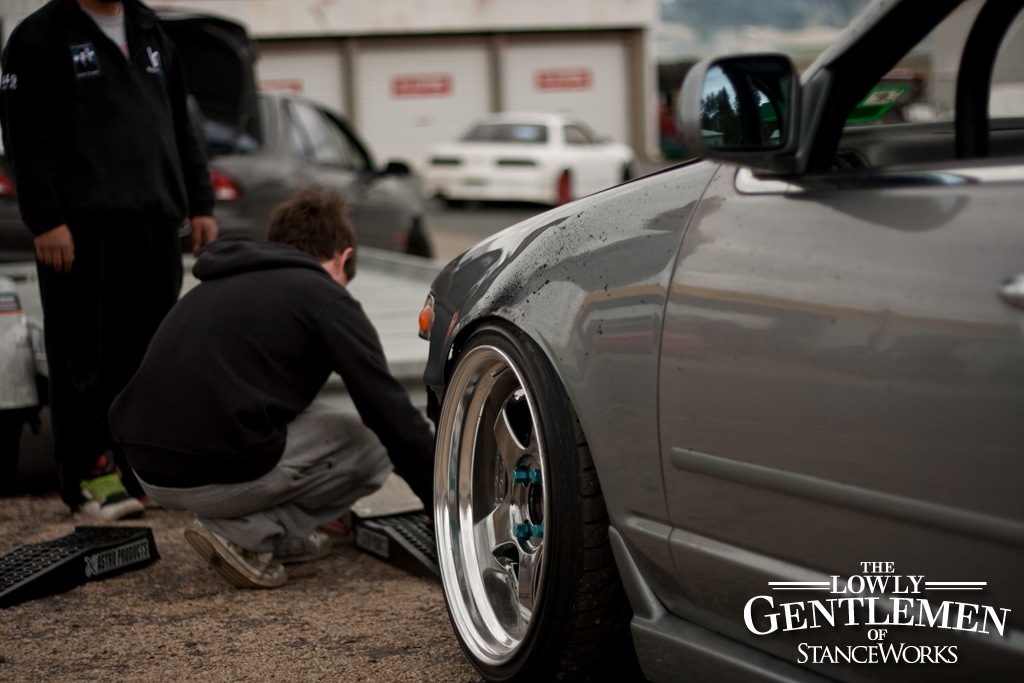 Of course, not every one had an enjoyable day. As you would expect, there were a few casualties. Some worse then others, but as the saying goes, in order to make an omelet you have to crack a few eggs. 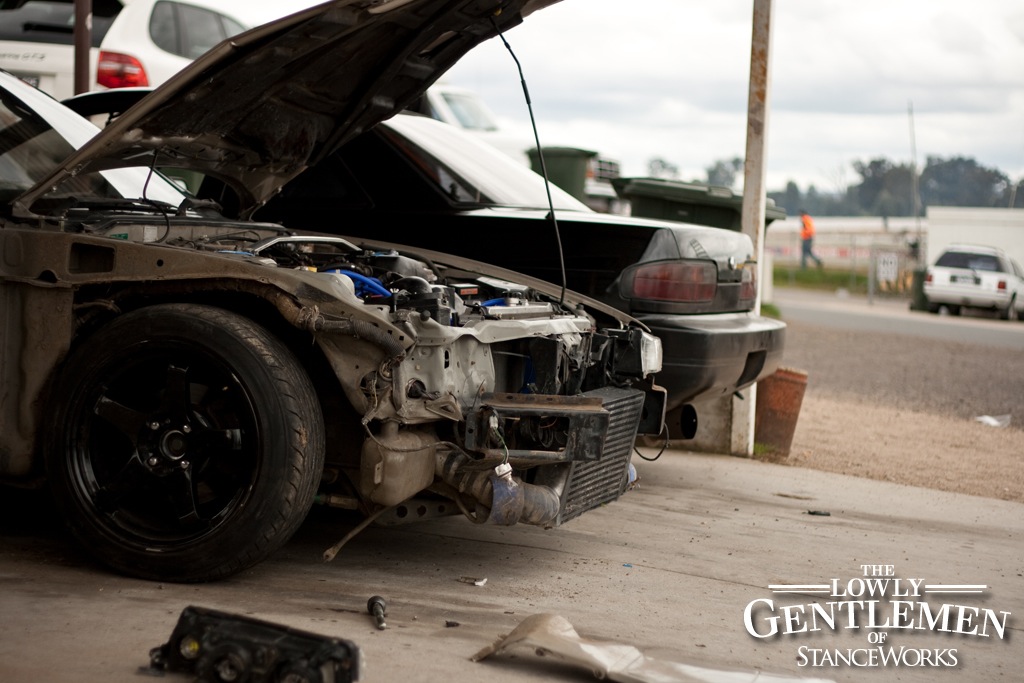 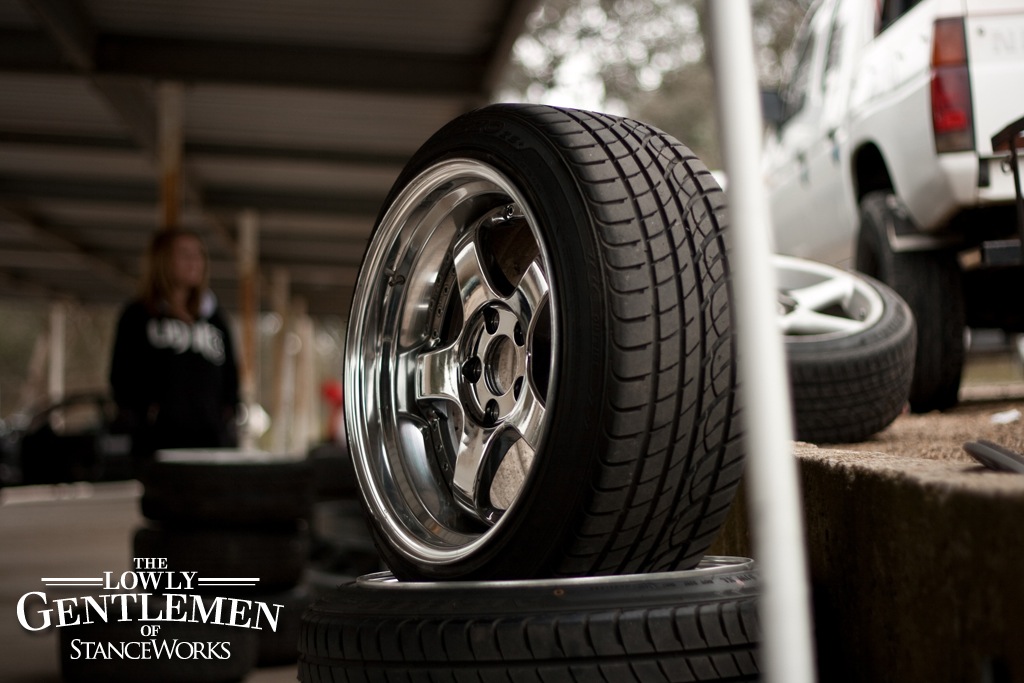 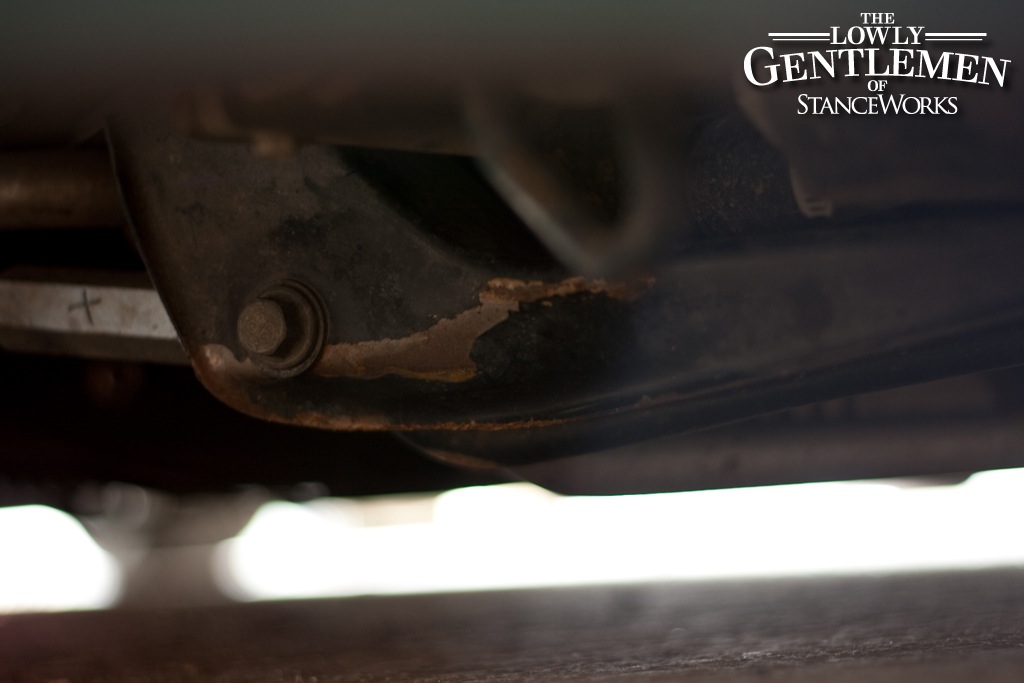 This is the beginning of a lot more to come from The Lowly gentlemen of StanceWorks. 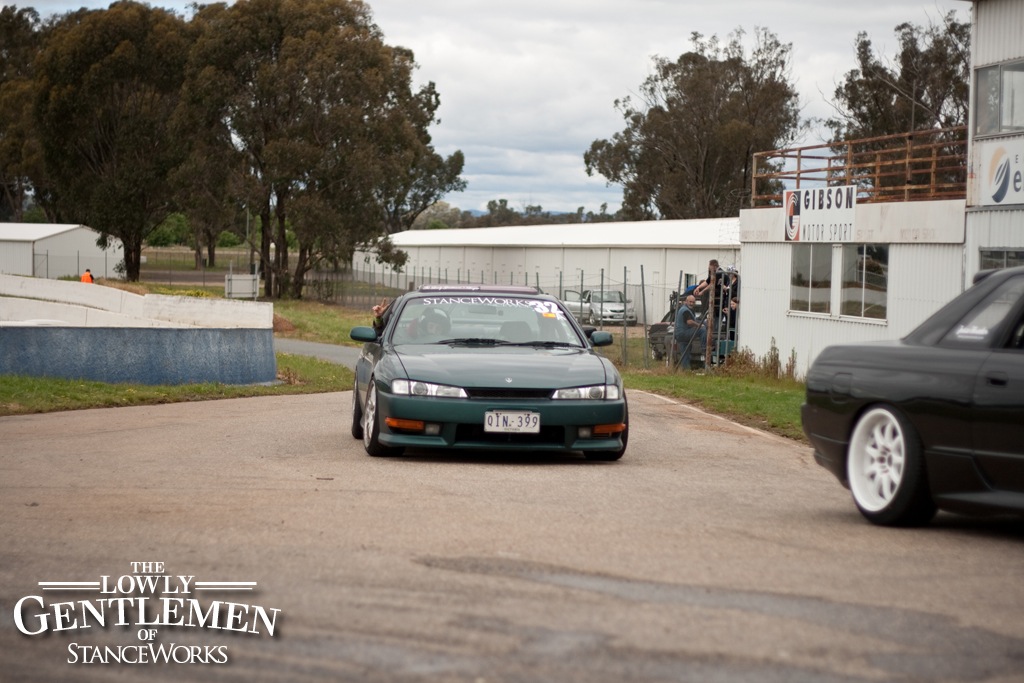