Now that I have your attention, I can only say that I am on the verge of passing out. Why? Well today, we had our way with the pavement and showed the track guys that the "stance kids" can hang too. So what brought on such a marvelous day? Our friends at Fluid MotorUnion hosted what they plan on being the first of many annual track days. It went off smoothly, without a hitch, and was one of the most fun days I've ever had. 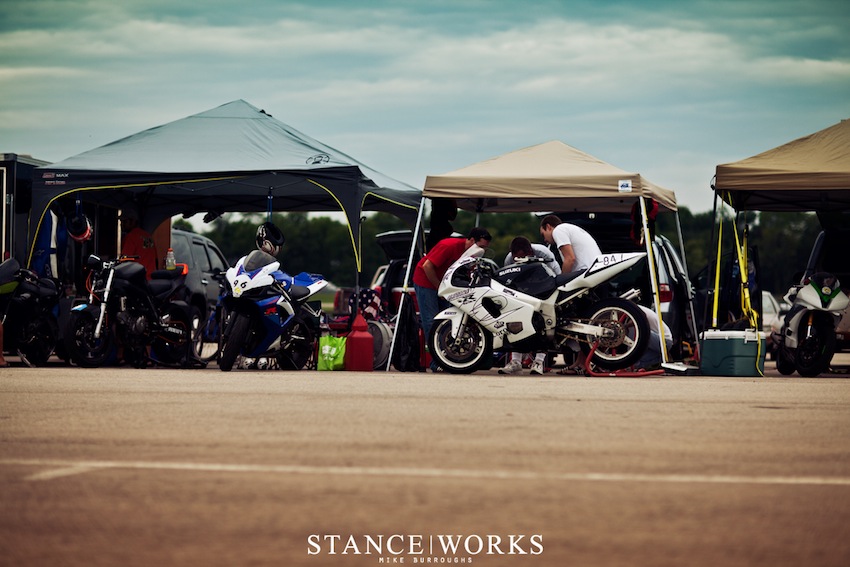 The event was put together as a way for the extended Fluid family to get a chance to get out on the track, whether it was their first time or they're a regular. The event was a very reasonable $150 with everyone getting at least 6 sessions. It catered to bikes and cars, welcoming everyone from all makes and models. It was literally a smorgasbord of automotive lunacy.

And if you're not familiar with who Fluid is, well, I'm disappointed. They're without question our favorite shop in America, catering to the automotive aftermarket while not pushing the envelope, but ignoring it entirely. They're known for their ludicrous velocity stack setups, creating controversy, amazing sounds, and power. 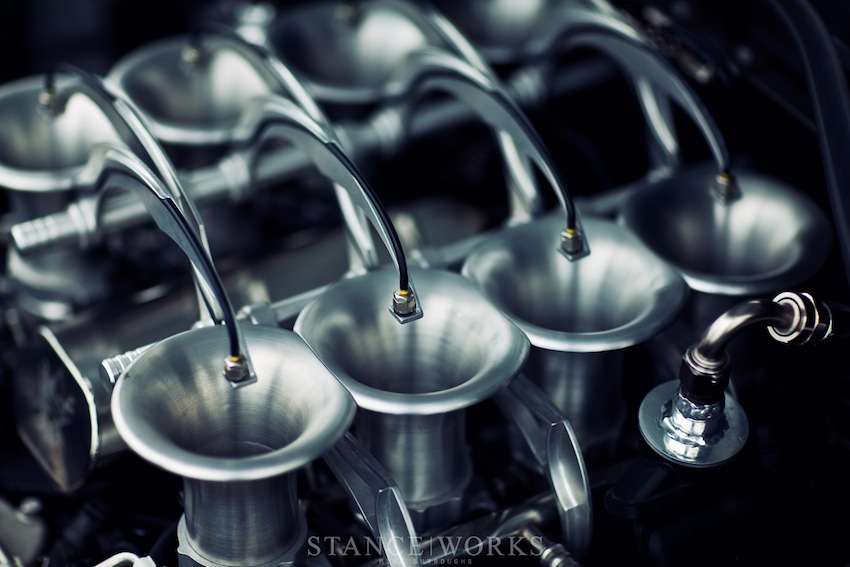 Fluid brought out their slew of mind-blowing cars and had no fear of throwing them all on the track to prove there's undoubtedly a method to their madness. 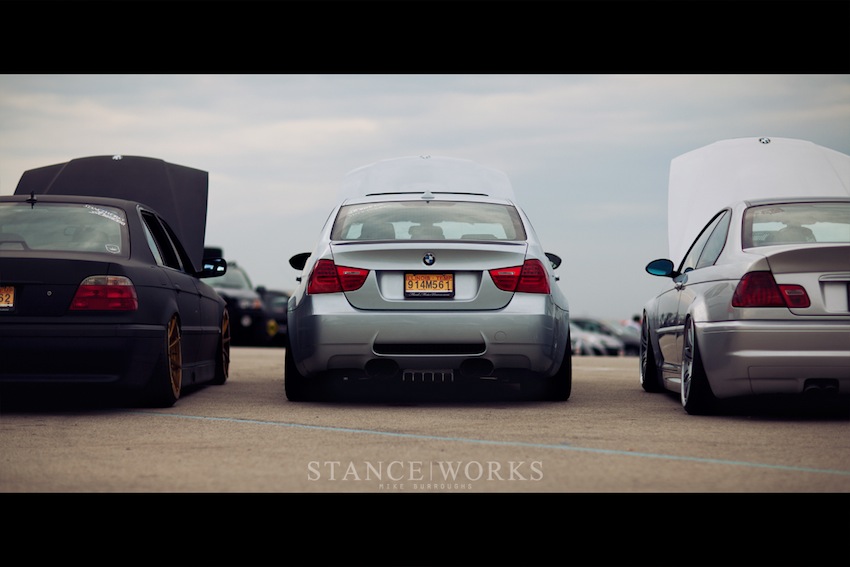 Everyone had a phenomenal time tackling the South course of the Autobahn CC in Joliet, IL. Several guys brought prepared cars to the event and some guys brought their daily drivers. 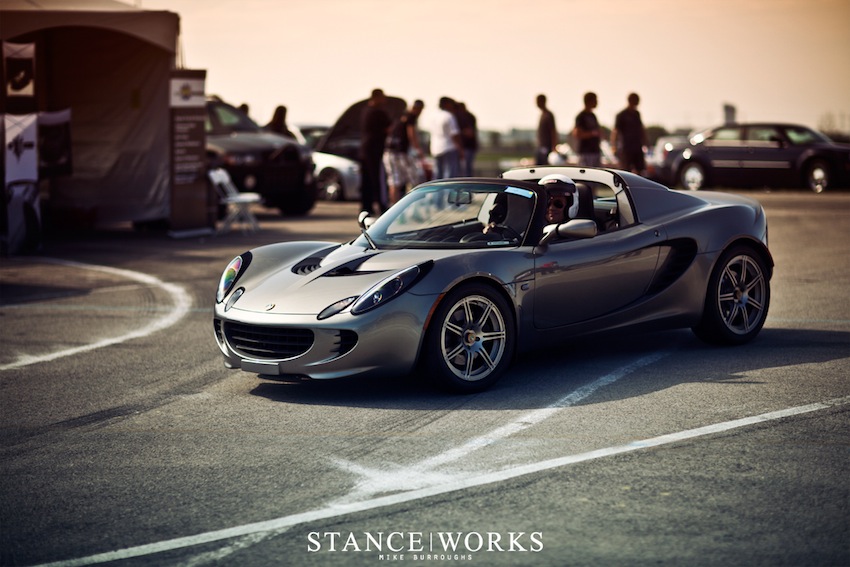 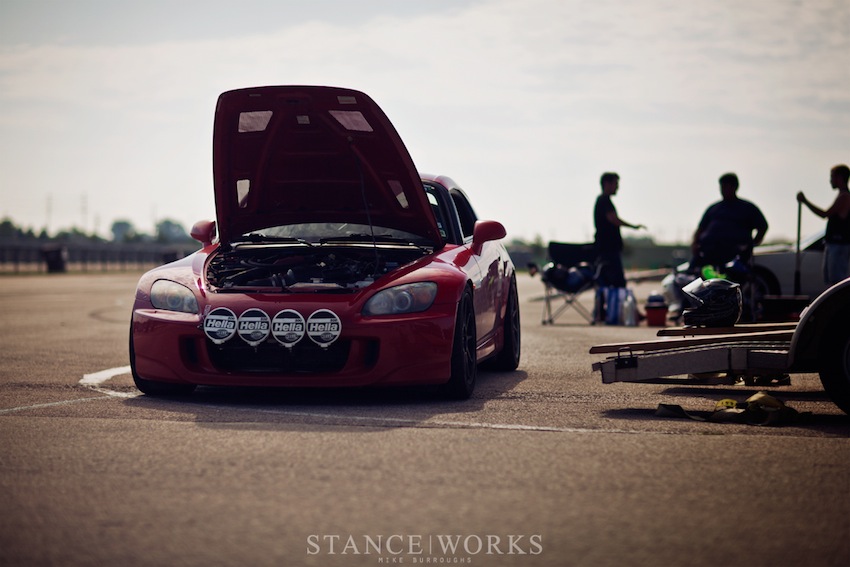 There was also a small car show, which ended with a few awards being handed out, and a raffle was held to give out tons of free goodies. Familiar faces showed up, including Kamil from the forums. 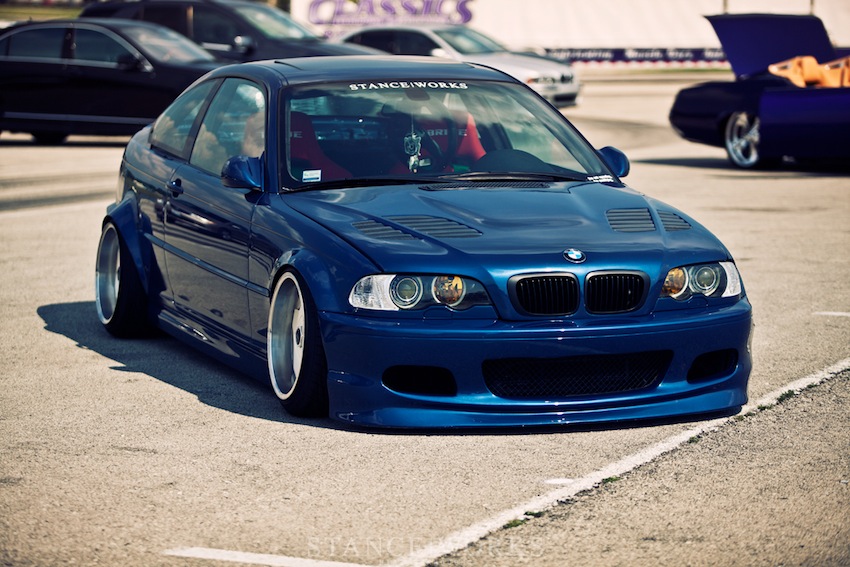 But what made the event truly special for me was that it was... wait for it, my own first track day. I showed up this morning with no intention of driving. My mission was to shoot and enjoy a day of quality motorsports... but as the day went on, I was persuaded to give it a shot with my girl, my e36. 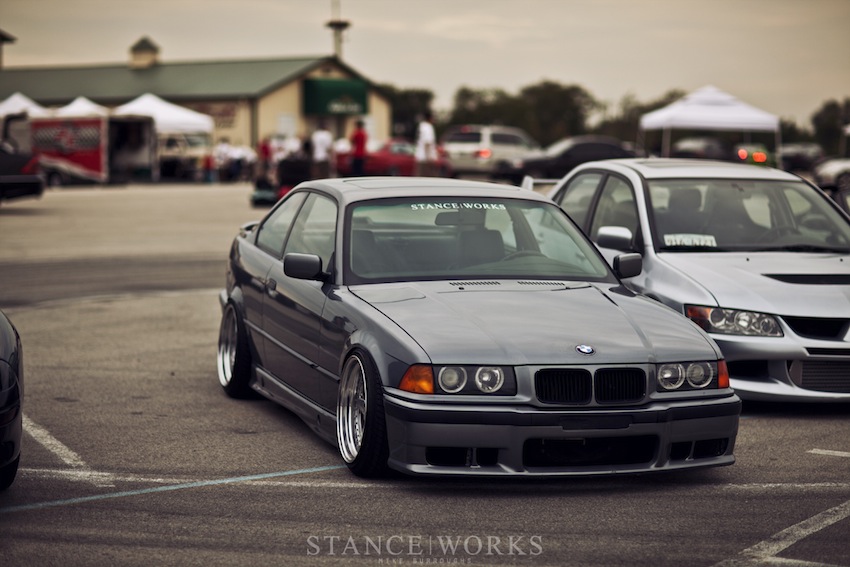 It was at my standard height with paper-tight fitment all around, and plenty of stretch, but after debating it for a moment, I decided to give it a go anyway. 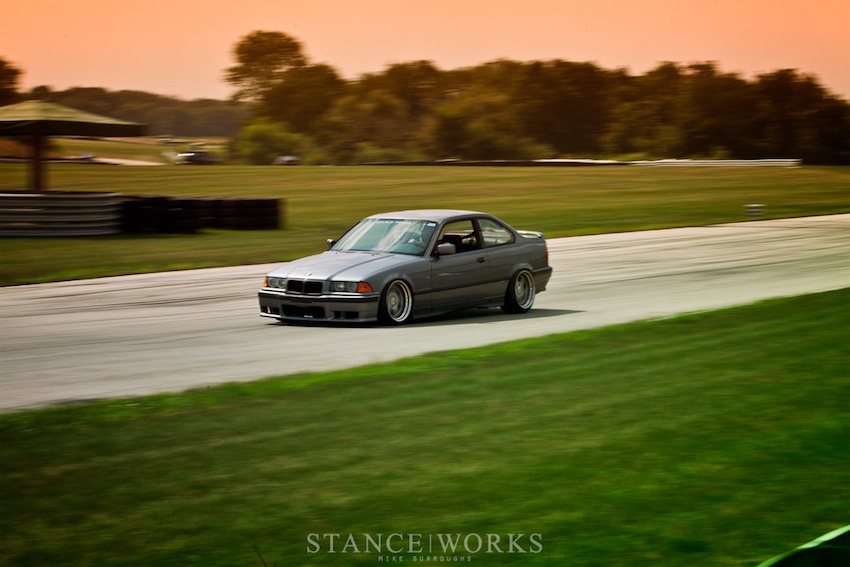 So this one is for the guys who have insisted that "stanced" cars can't get jive. I may have rubbed off more tire than your average track car, but none the less, I was out there hammering on the car for a full day. I put our StanceWorks Zero Clearance to work and the car handled amazingly, although I'm sure there are guys who will argue my control arm angles weren't optimal. There's no question there's room for improvement, but you can't say we're incapable. 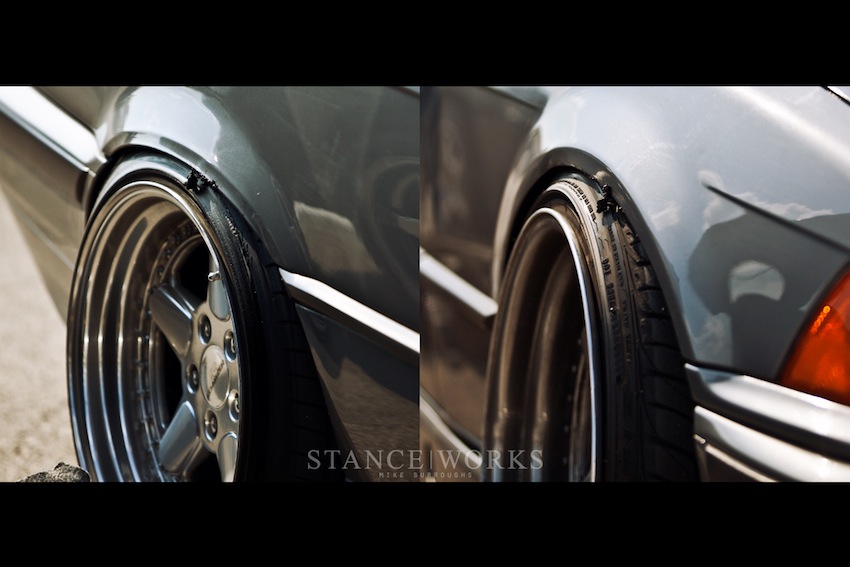 Poked/Flush? No problemo. I pushed the car as hard as I could on the stretched tires, and much to the internet's disappointment, they didn't unbead or fly off. Shocking, I know. In fact, the car was remarkably quick, passing a number of cars each run. It's certainly not a track-ready setup, but it does the job and has no problem putting a smile on faces. 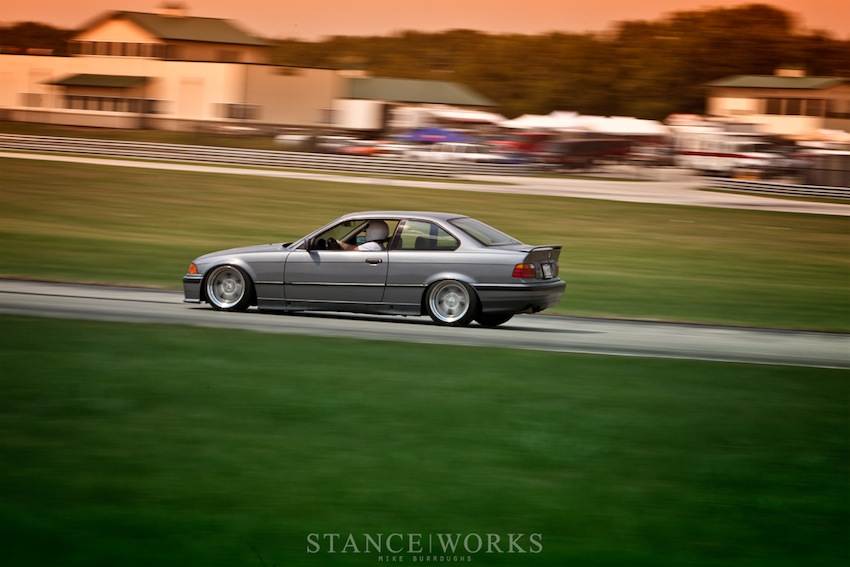 So in short, today was one of the best I can remember, all thanks to an event put on by some great people. I've been promised that next year, Motor Union is a guarantee and you can bet I'll be there. Although it was unbelievably hot, the fun outweighed it tenfold. I'm pumped to do another track day. The track experience has been a great one to add to the list, and I'm more than excited to put my foot in the door and show that just because we like our cars to look good doesn't mean they can't perform too. 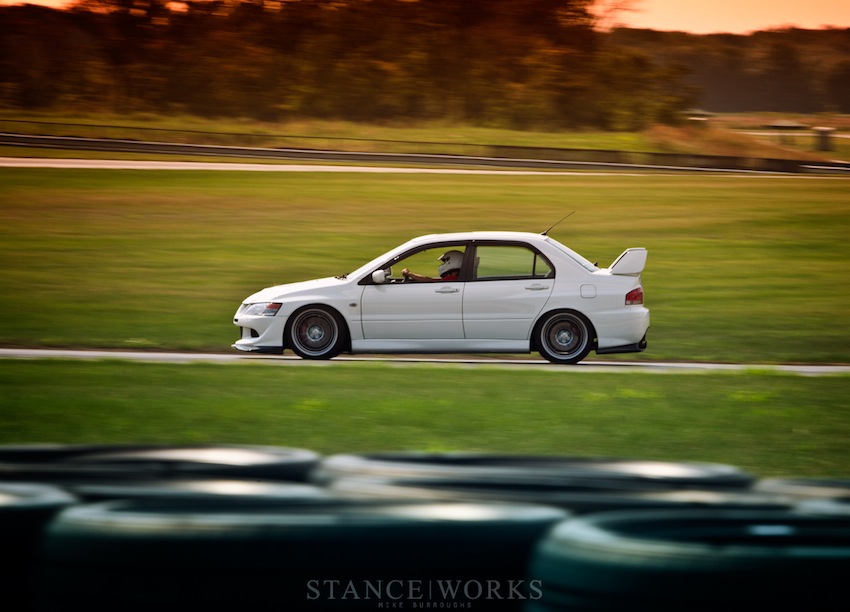 So here's to Fluid MotorUnion for putting Motor Union (yeah, that's confusing!) together. Hopefully in years to come we can see it grow into a yearly highlight. Thank you all! 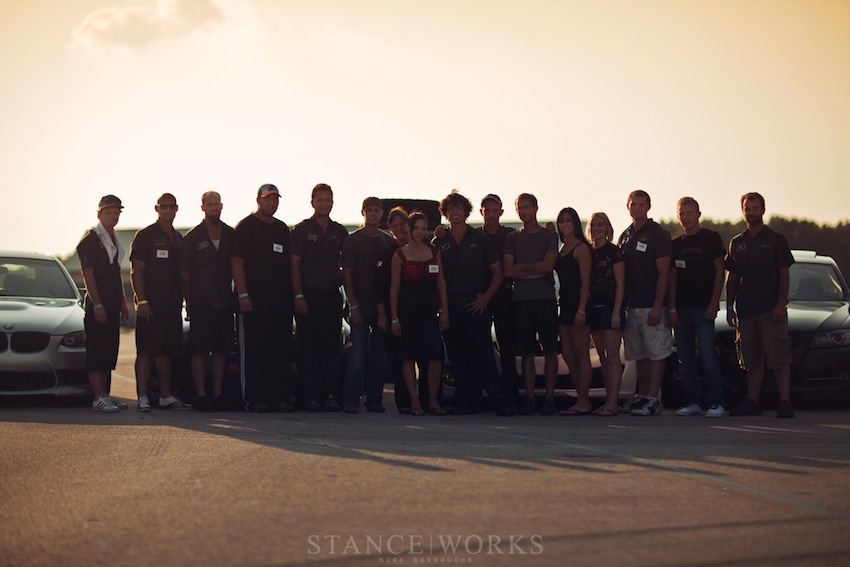