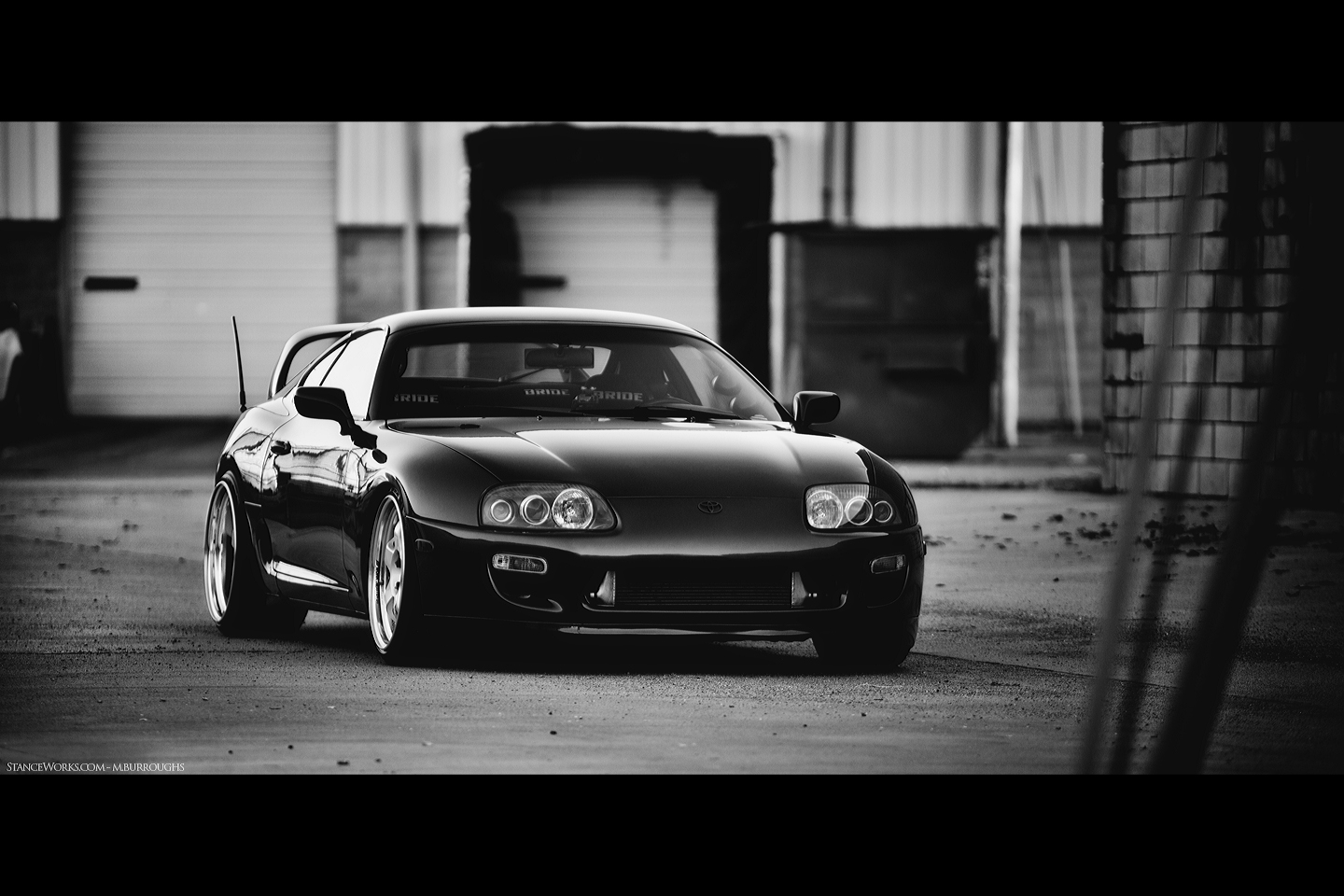 It's been said again and again that, without question, the best part of this "scene" is the community. It seems as though most of the people I associate with these days spend more time worrying about scraping than they do about power... It's a drastic change from several years ago. That's not to say I have any qualms with high-powered cars; but it's certainly interesting to see how the "trends" are slowly shaping the way people modify cars entirely.

Enter Jonathan Buhler. He would be the owner of the shiny, voluptuous, and sleek automobile before you. Jonathan and I met probably a year ago, and at the time, this car rode high enough to make any "stance enthusiast" not even consider a second look. 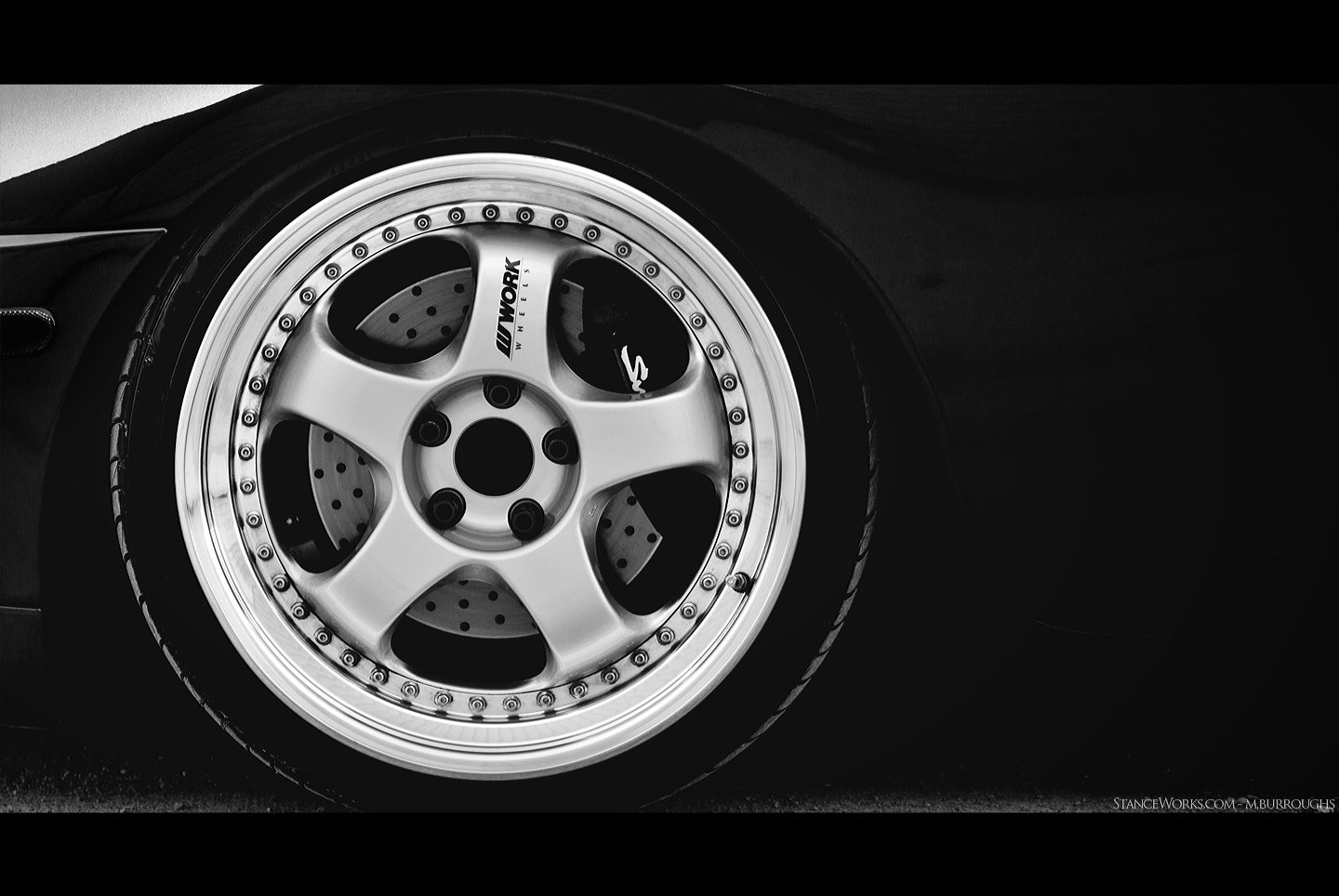 Today, Jonathan sits gracefully close to the ground. You'd be correct in stating that no, it's certainly not earth-crushingly low... but that's okay. The real beauty here is that we find more and more niches of the automotive community looking towards wheel and tire fitment as a way to truly round out the look of their car.

Supra owners are notorious for being "power whores". Jonathan breathes a bit of fresh air into the scene, one of only a small handful of fitment-conscious Supra owners. Jonathan's car is definitely no slouch... it's a twin-turbo model and it's pushing about 400hp, but Jonathan isn't afraid to hunker the car down over some 11" wide Meisters with some stretched rubber. 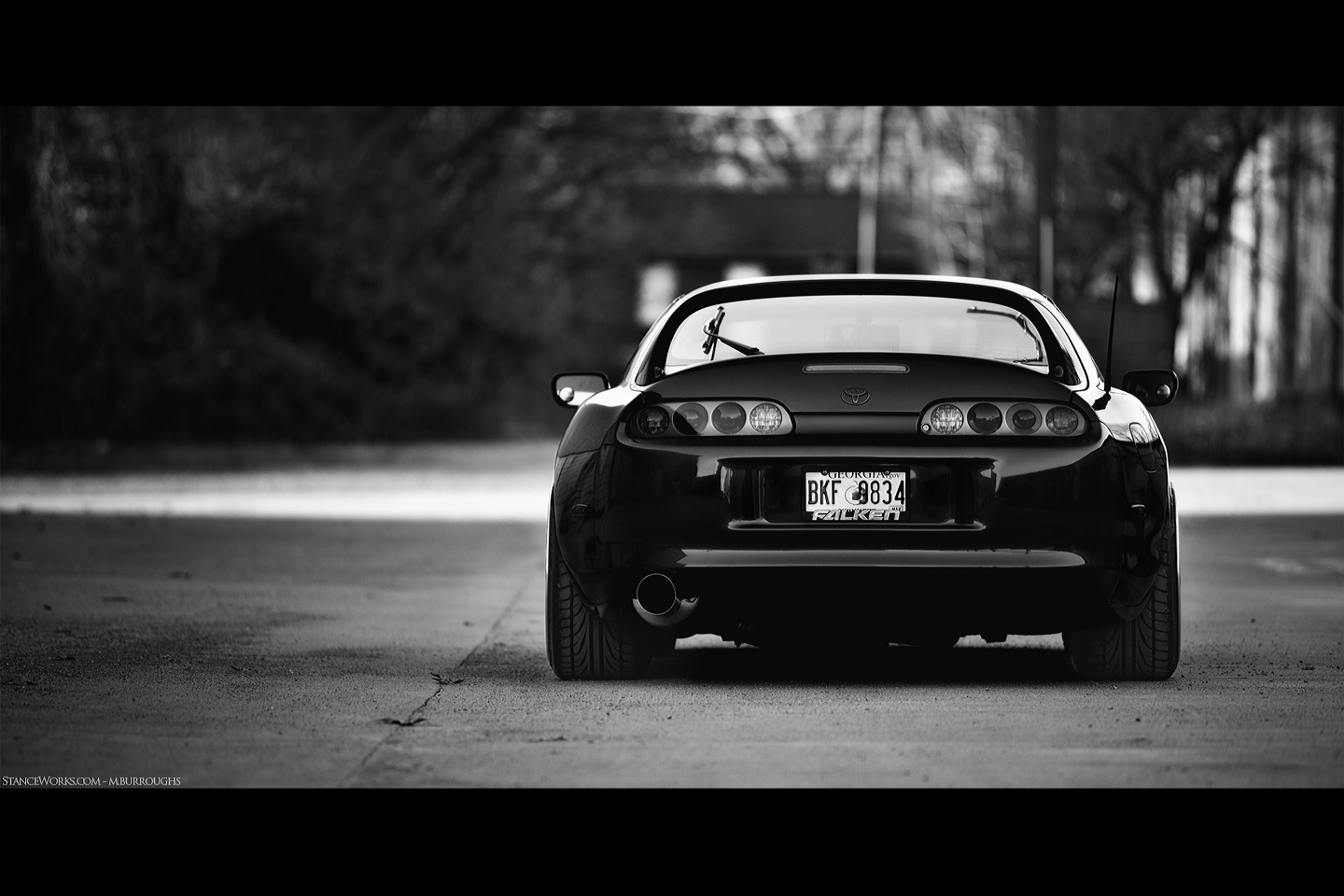 While it's not a slap in the face to the Supra community, it certainly does it's job of saying "quit worrying so much about being a dyno queen and fix up, look sharp."

Jonathan's car is wonderfully understated. There's no carbon fiber this and that, no splitter front or rear. No body kit, no obnoxious extremities... Lowered, Works, and... well you get the point.

I've always stood by the mindset that wheels and a drop will complete almost any car, and while my car may not be the best example, Jonathan's certainly is.

I've never been a fan of MK4 Supras. Something about them just doesn't do it for me.... but if there was one I was going to drive, it would be Jonathan's without question. It's one of the few I've seen that is more aesthetically pleasing than a badger with a facial staph infection... Perhaps that's a bit harsh. This car looks damn good. You won't hear me saying that about many other MK4s. Period. 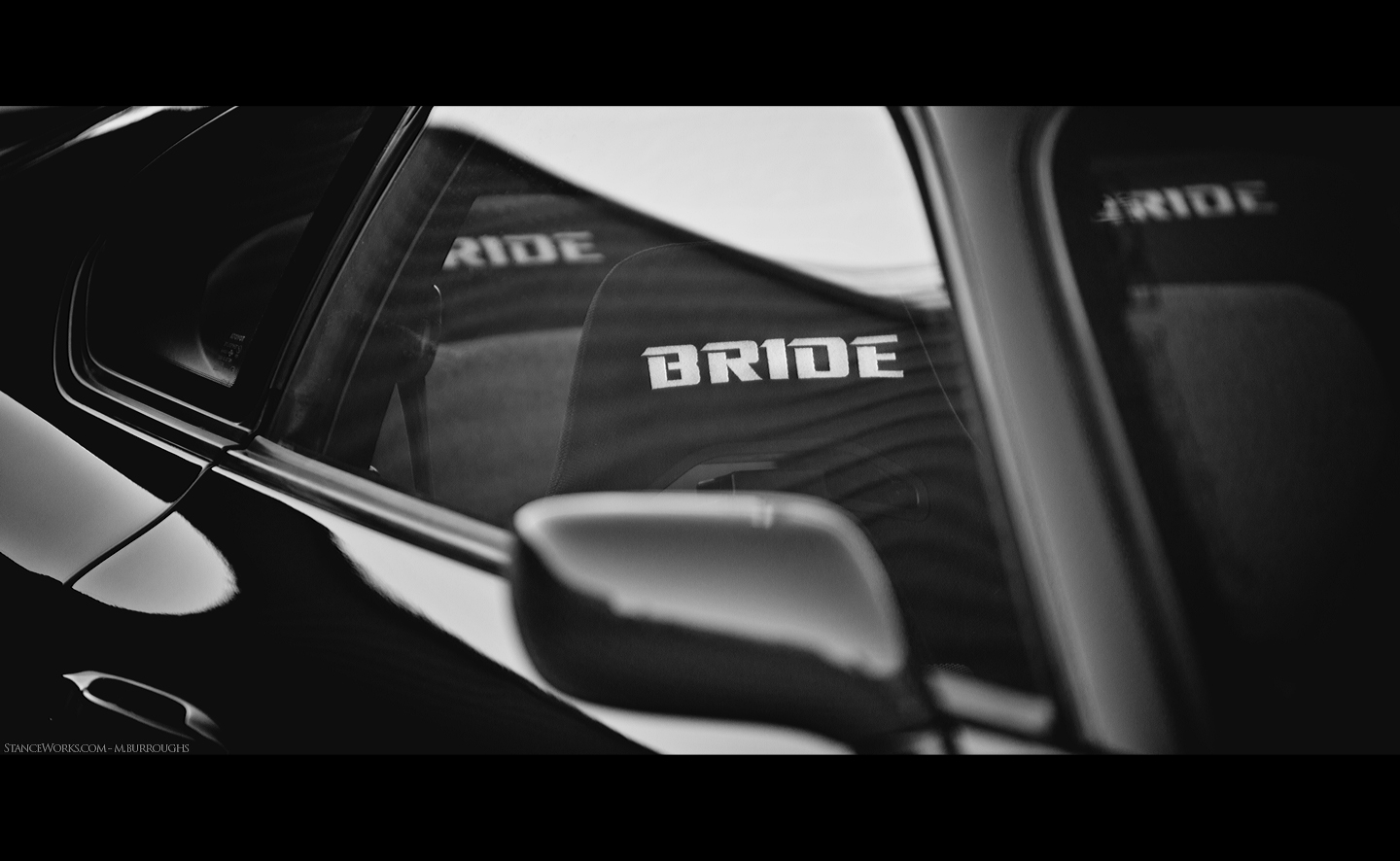 I'm convinced that once you "fit" a car, you don't really go back. Maybe less agressive, or a little less drop here or there, but once you see first hand what fitment does for a car, it's hard to put those +40mm offset wheels back on without laughing at yourself. Jonathan happens to own an insanely gorgeous fully-restored 240z. I have a feeling it won't be long before its sitting on the ground. I'm betting it'll be even lower than this one considering it's missing those two spooly swirly go-fast things. 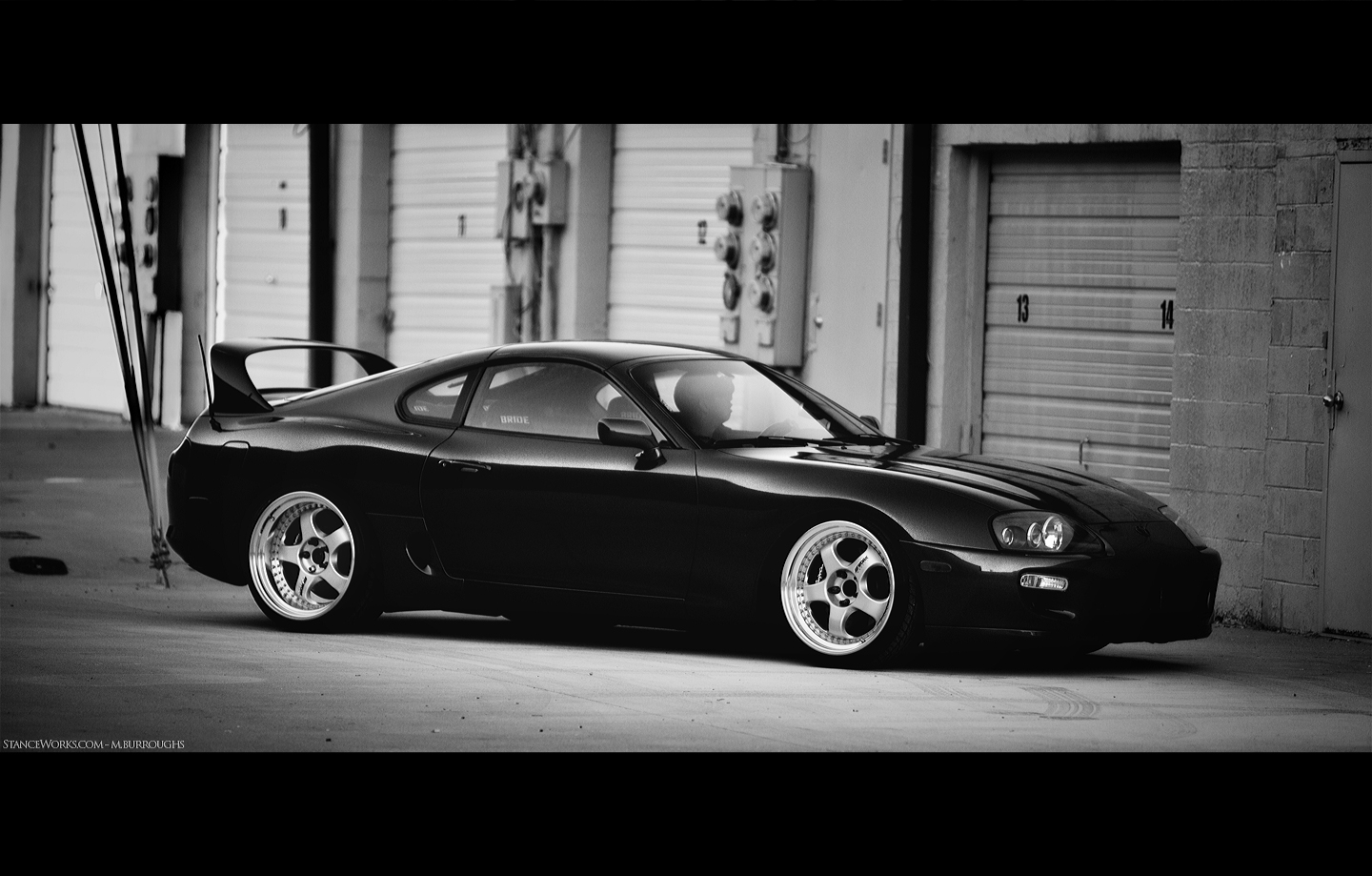 As said, I've got an insurmountable respect for anything built to go fast and make tires roast. I only hope we see more people venture over from the "power" side to "our" side. It goes to show it's the best of both worlds. It goes to show that there some of us who aren't entirely about looking good.