Nitto & Driving Line are back with another episode of Driver Battles, this time featuring our friend Scott Dukeshire and his E90 M3. Opposite him, acquaintance Will and a Lexus ISF: a showdown of V8 sedans with high-revving V8s. 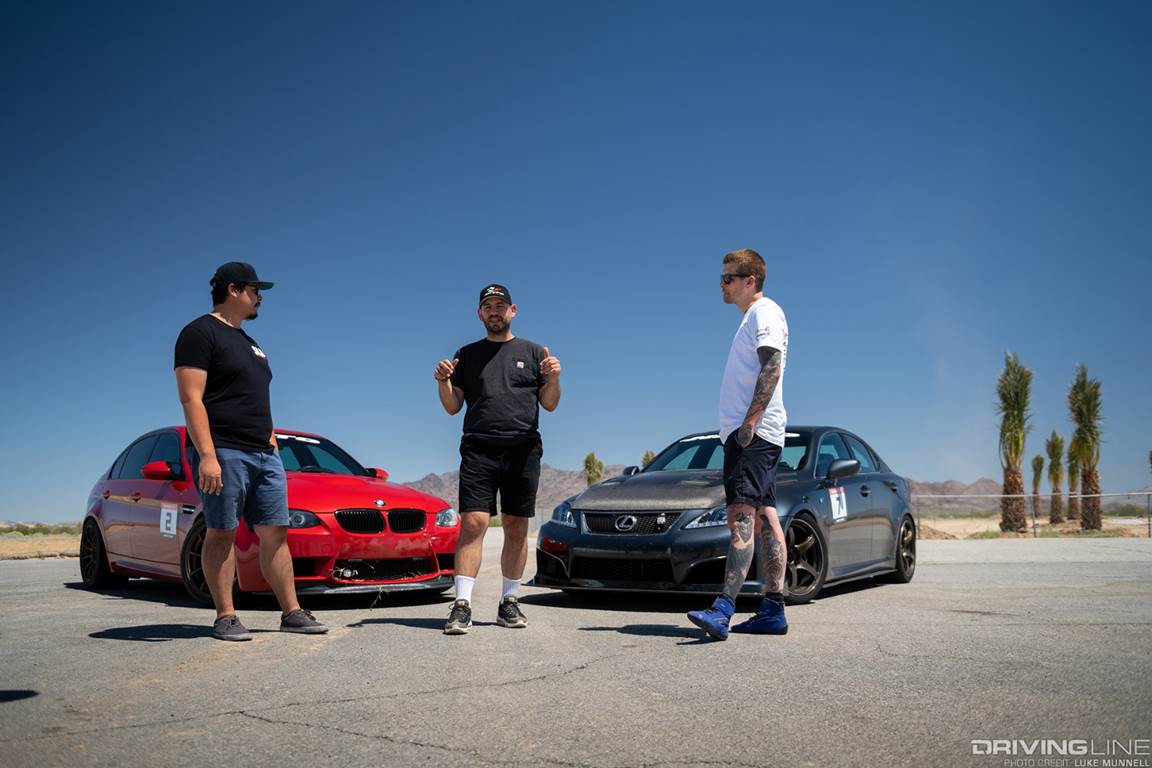 We're back at Chuckwalla Valley Raceway for another episode of Driver Battles, this time featuring Scott Dukeshire and his 2011 BMW E90 M3 going head to head against Willem Drees and his 2009 Lexus IS-F. This isn’t Scott’s first time on Driver Battles. In 2018, he raced his Porsche 996 turbo to victory against an R32 Skyline GT-R. However, his competitor currently holds the naturally-aspirated front-wheel drive record at Chuckwalla in another vehicle. Both know how to get the most out of their cars, but who has the edge? 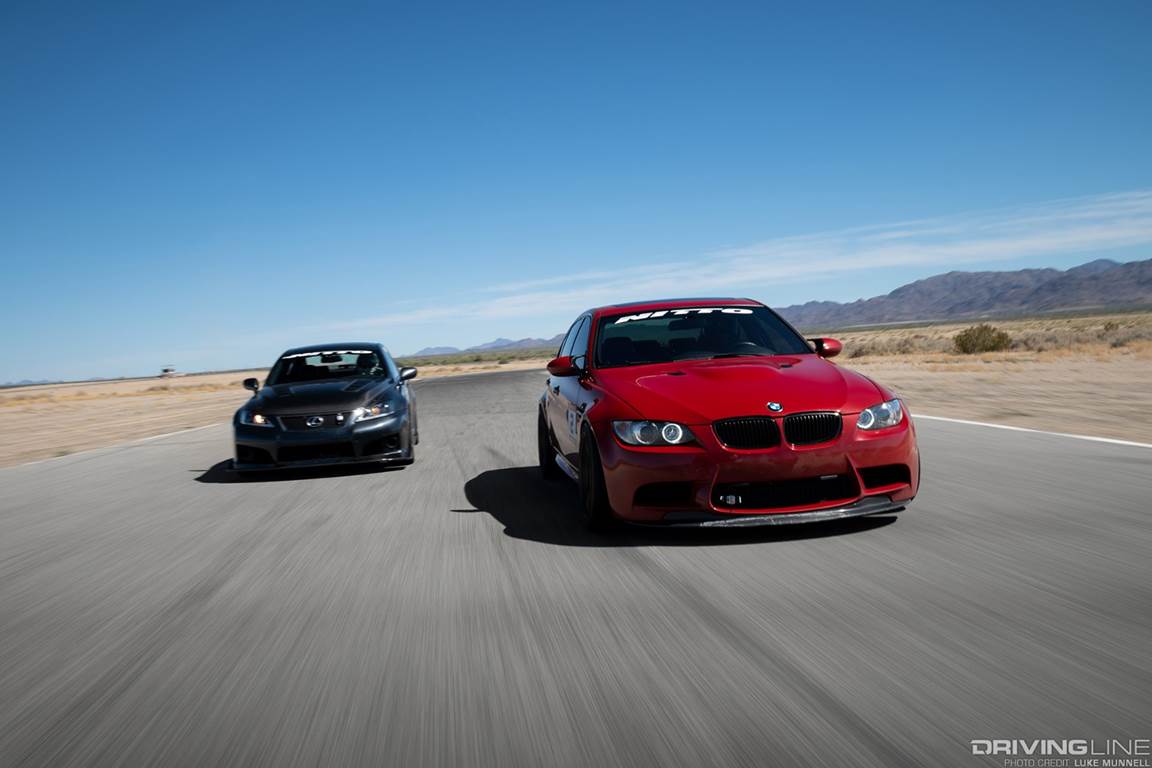 Starting with Scott, his M3 has seen a few small but impactful modifications. To help the 4.0L V8 engine breathe better is a Macht Schnell intake, along with a Megan Racing muffler. For stopping and cornering, he added Swift lowering springs and Project MU Club racer pads. Of course, it has new wheels and tires, as well, with Volk Racing ZE40 wheels and Nitto NT01 tires. 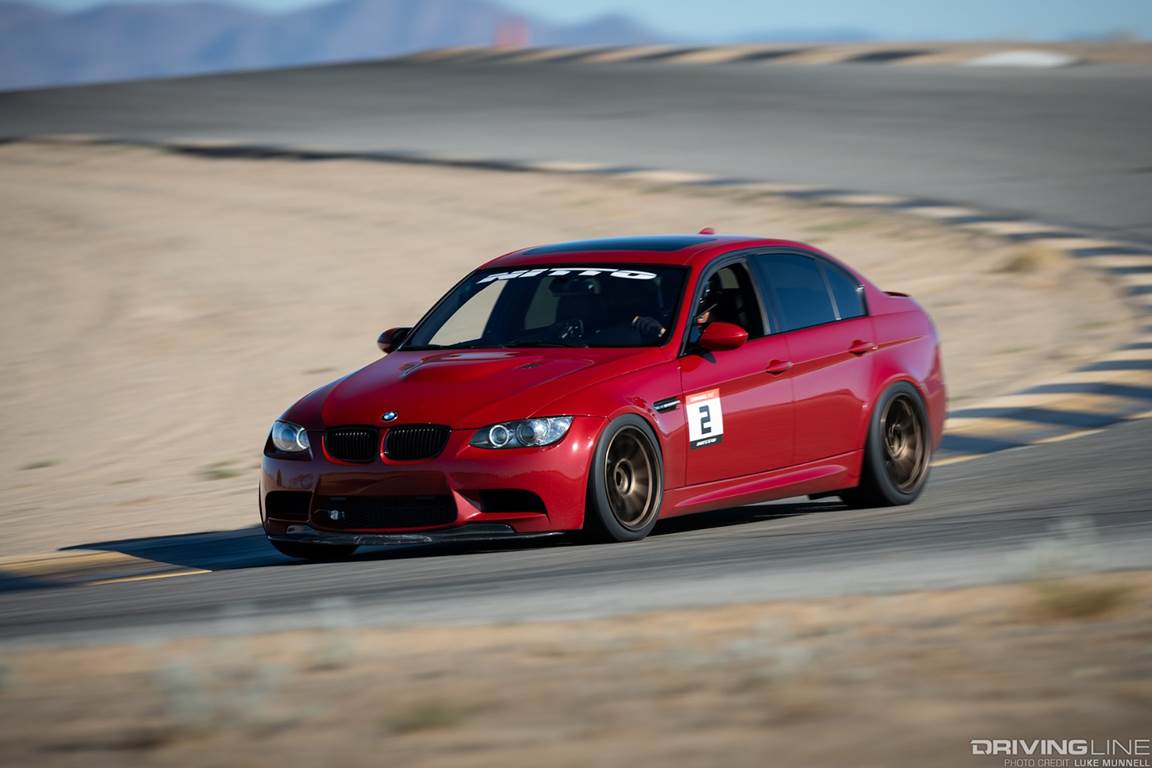 Willem’s IS-F is overall similarly upgraded to Scott’s M3, but with a few differences thrown in. Instead of an intake and exhaust, the IS-F has been given a Koyorad 48mm radiator to keep its V8 engine cool. His car has also seen upgrades to the suspension and brakes, with KW V3 coilovers, RR Racing lower control arm bushings and Project MW HC+ brake pads. On top of having Advan TC4 wheels, Willem is also running NT01s, so this should be a fair fight. The main difference between the two cars comes down to aero, with Willem having an Alpheyga GT4 carbon lip. 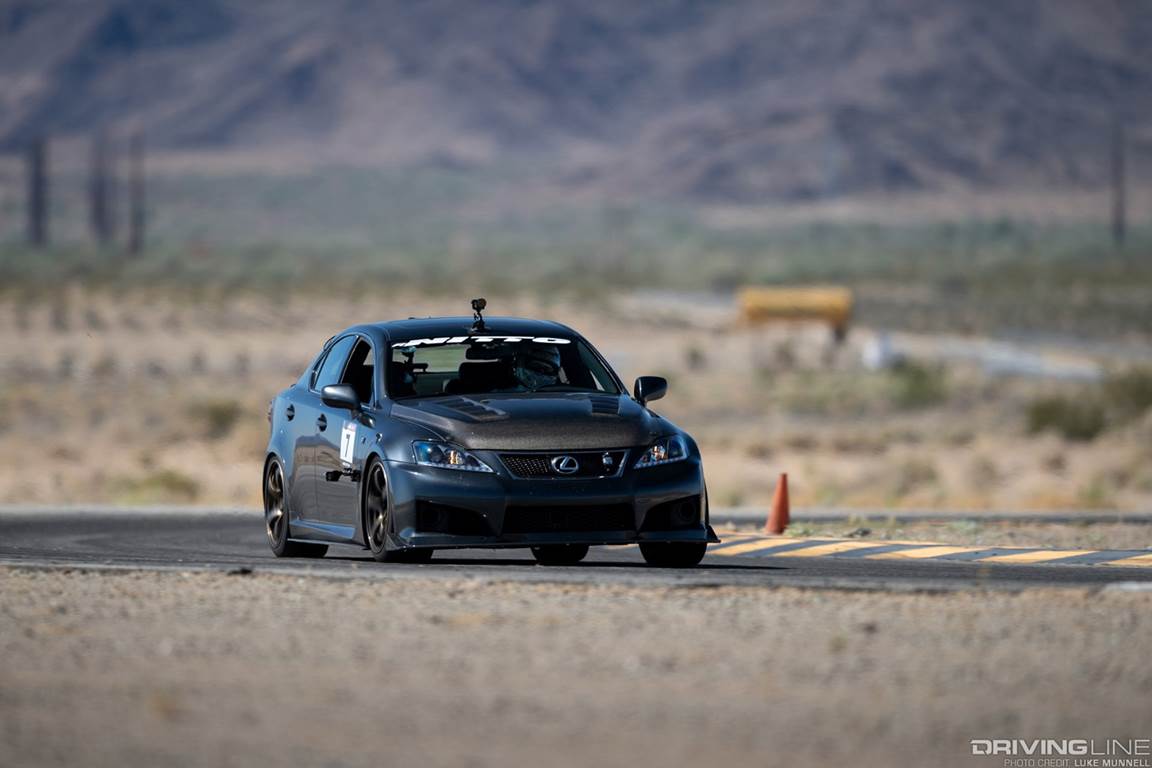 While the horsepower numbers between the cars are similar, with Scott’s M3 having 414 and Willem’s IS-F putting out 416, Willem has a decided advantage in torque, with the IS-F’s 317 lb-ft comparing to the M3’s 295. This one very well might come down to driver skill and cornering ability.

For more, be sure to visit Driving Line's full piece by clicking here.