On the Beach – Players Show Presents ‘Played Out’ 2015

On the Beach – Players Show Presents ‘Played Out’ 2015

For several years in a row now, we've taken a Saturday out of August to join our friends, Carl Taylor and Jay McToldridge of Players in the UK, as they host one of the best local shows of the year: Played Out. Our friends at Rotiform join in to play host of the show, which takes place in the small beachfront parking lot of Don the Beachcomber, one of Sunset Beach's best places for food and drinks. As always, the stage was set by a phenomenal selection of both classic and new cars under the best possible place to be: under the Californian sun. 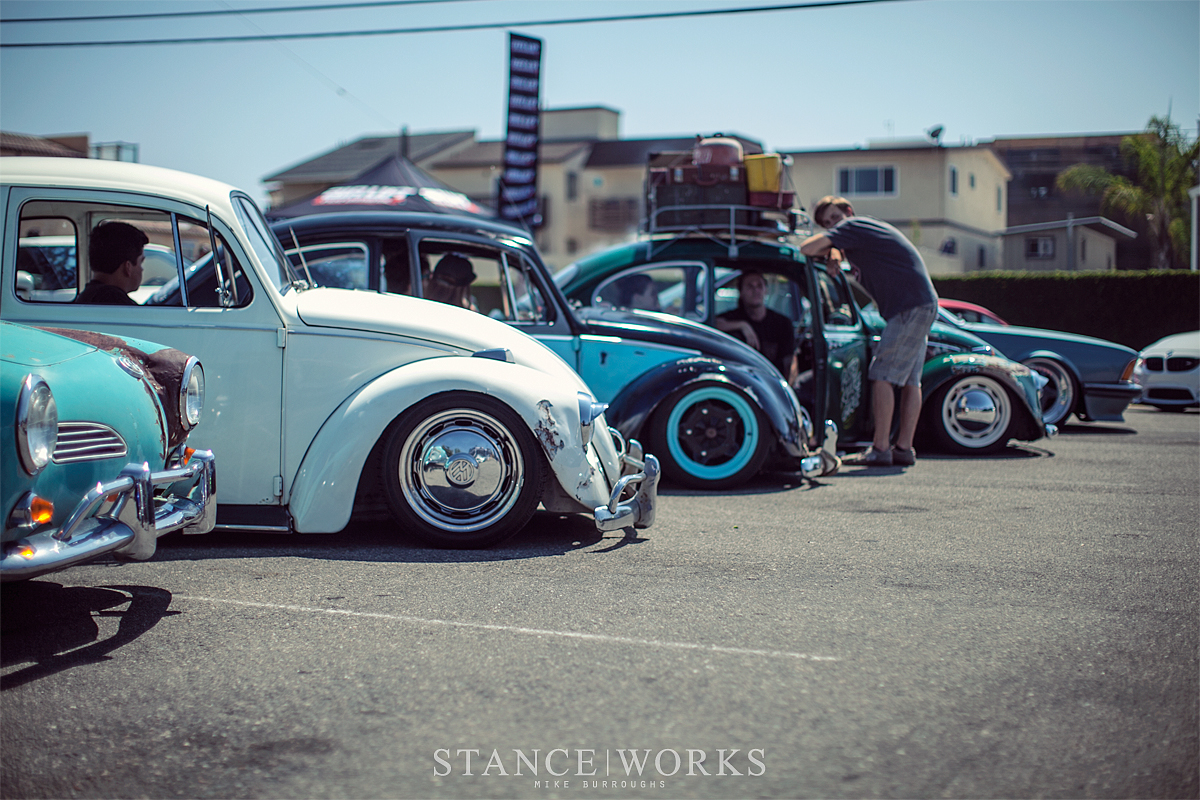 The cars in attendance this year were as strong as ever, with a host of high-profile builds making appearances, with a few showing off several of Rotiform's latest offerings. Brian Henderson and Jason Whipple of Rotiform both brought out their daily-driver builds, capping off the cars that make up the newer end of the spectrum. Both Brian's Mercedes and Jason's Audi were finished just the night before, keeping in line with the ever-present "last minute finishes" before upcoming shows, and made all the more important when they're expected to host the shindig. 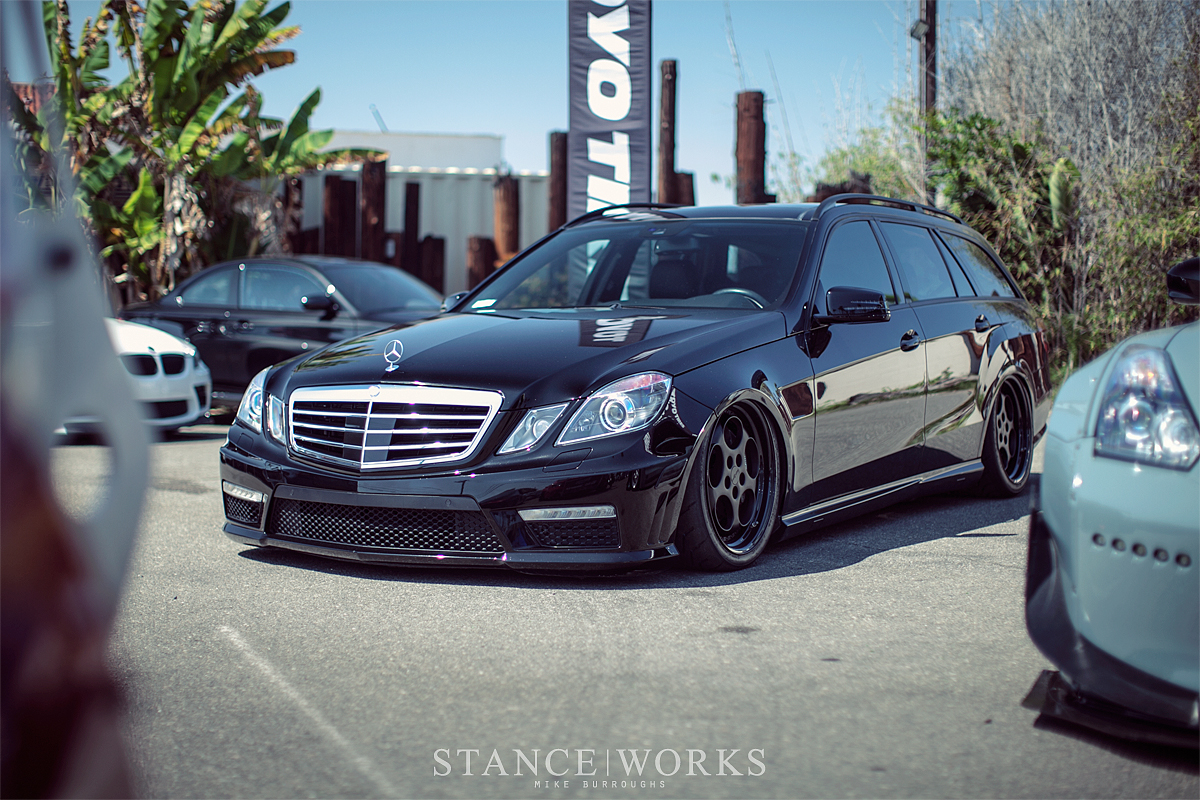 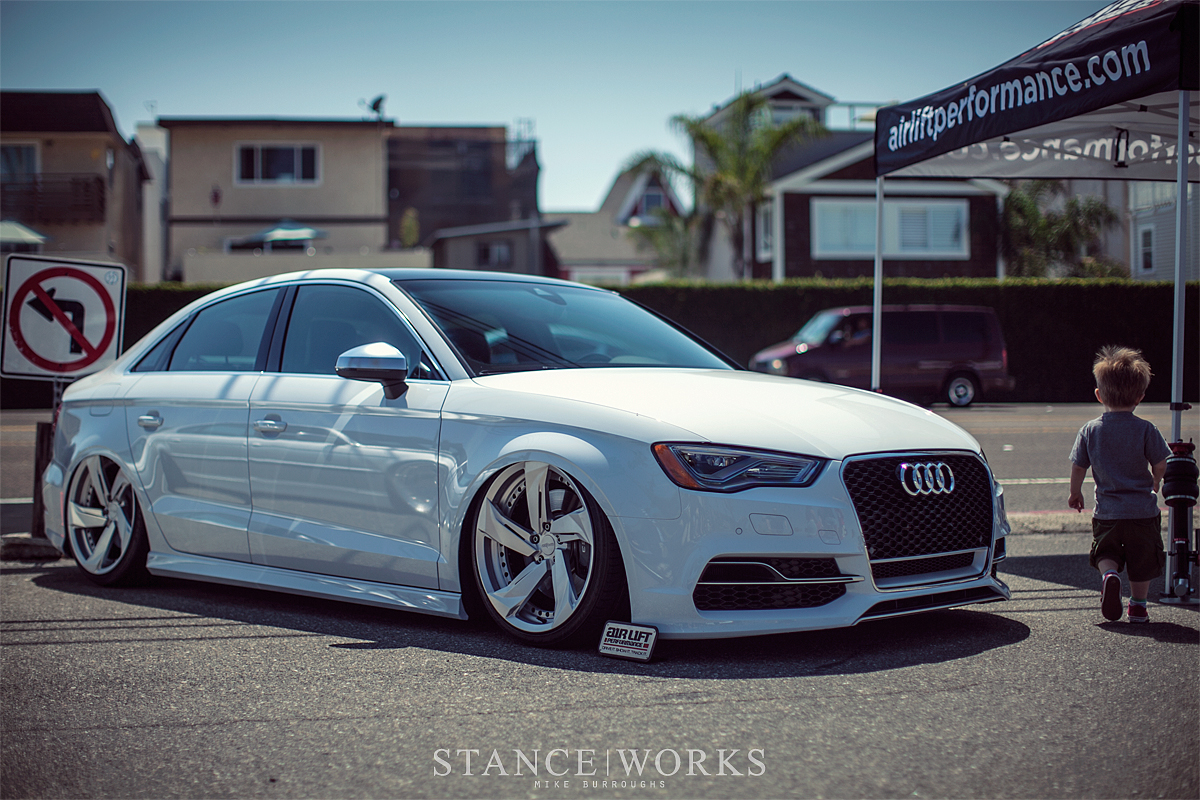 The parking lot itself was scattered with cars of all types, ranging from one of SoCal's most recent RWB builds, to Taylor Downey's freshly-painted E30. The show welcomes the likes of both old and new, giving everyone a bit of something to indulge in. 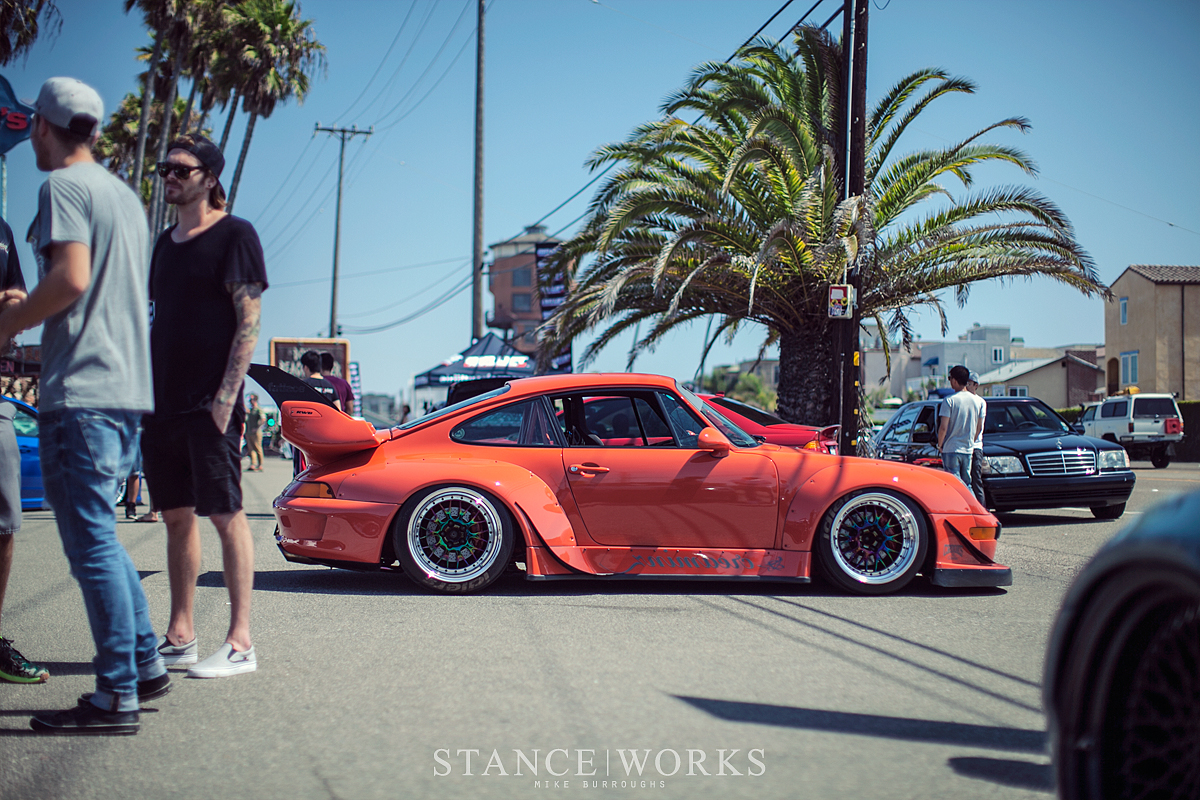 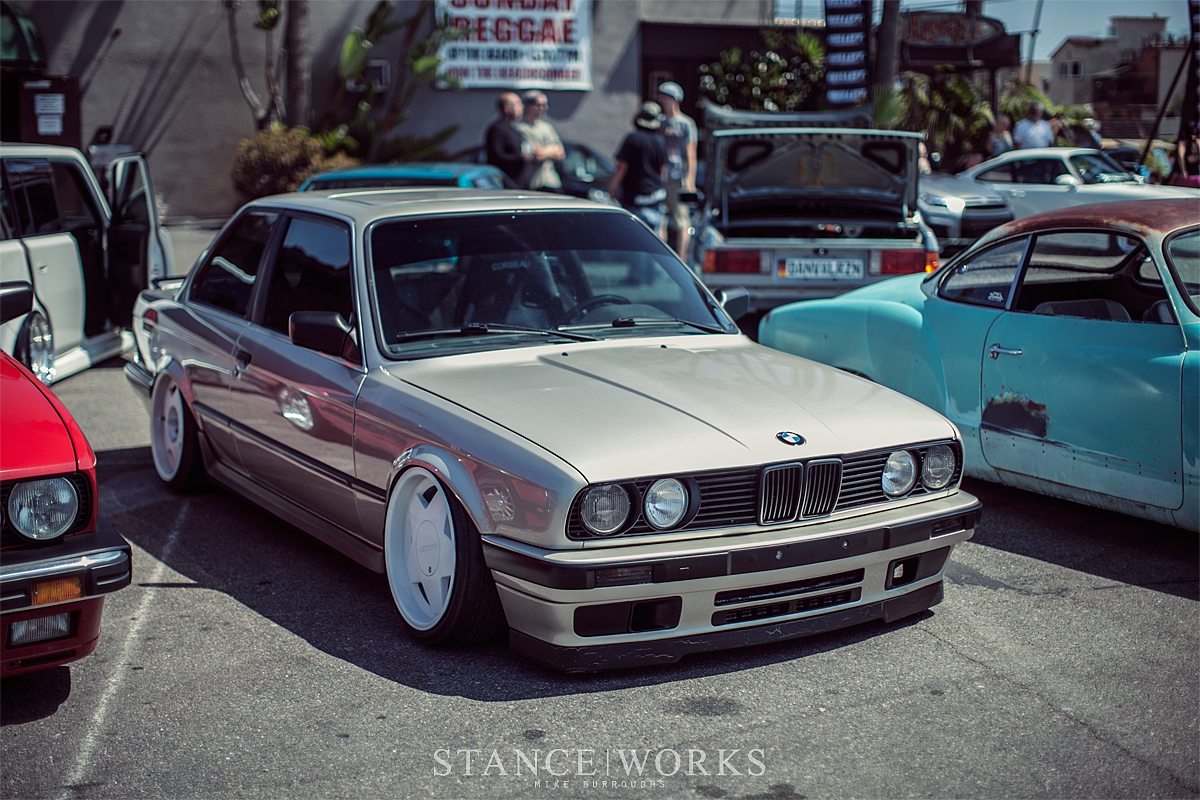 Next to Taylor's E30 was Austin Caccavo's E28 535i, showcasing tried and true BMW flavors in a parking lot full of cars much, much louder in nature. Nevertheless, it managed a crowd of its own as one of the more refined cars in attendance. In the same spirit, Jeremy Whittle brought out his StanceWorks E38, slung low on his HRE 309s, which don't stray far from the Hartges found on the E28. 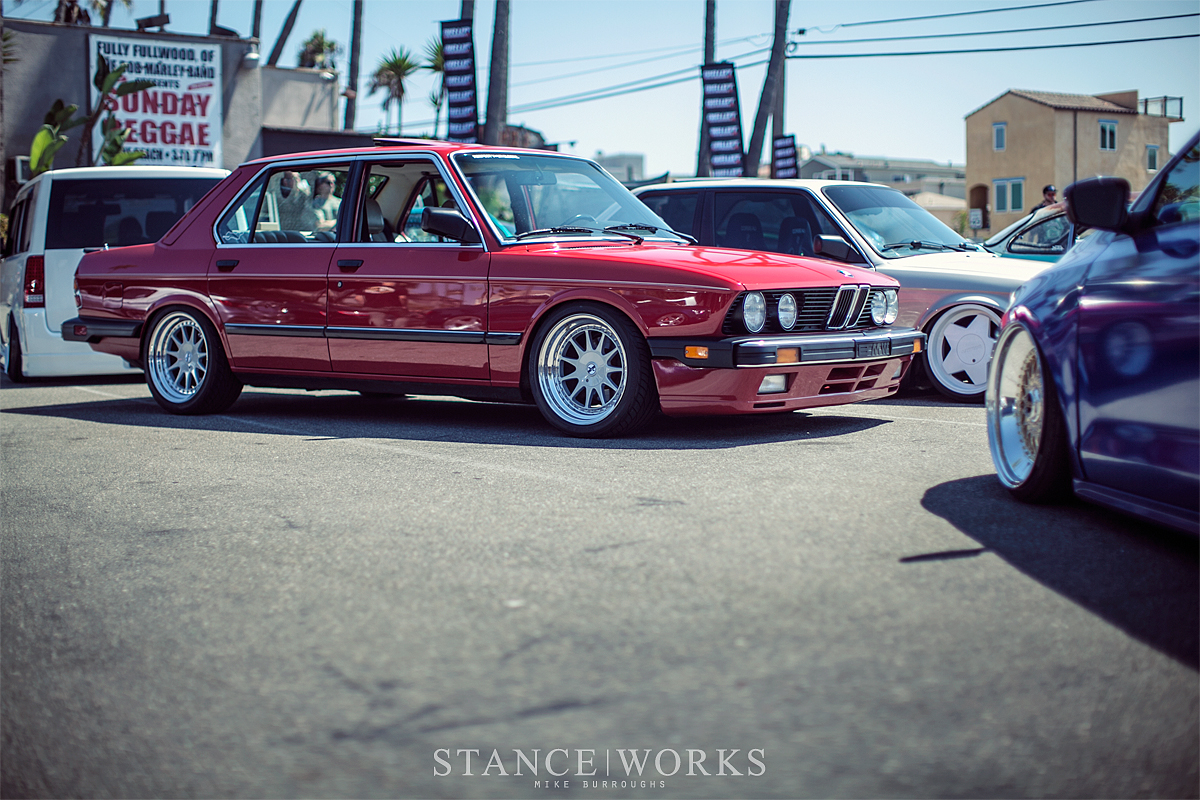 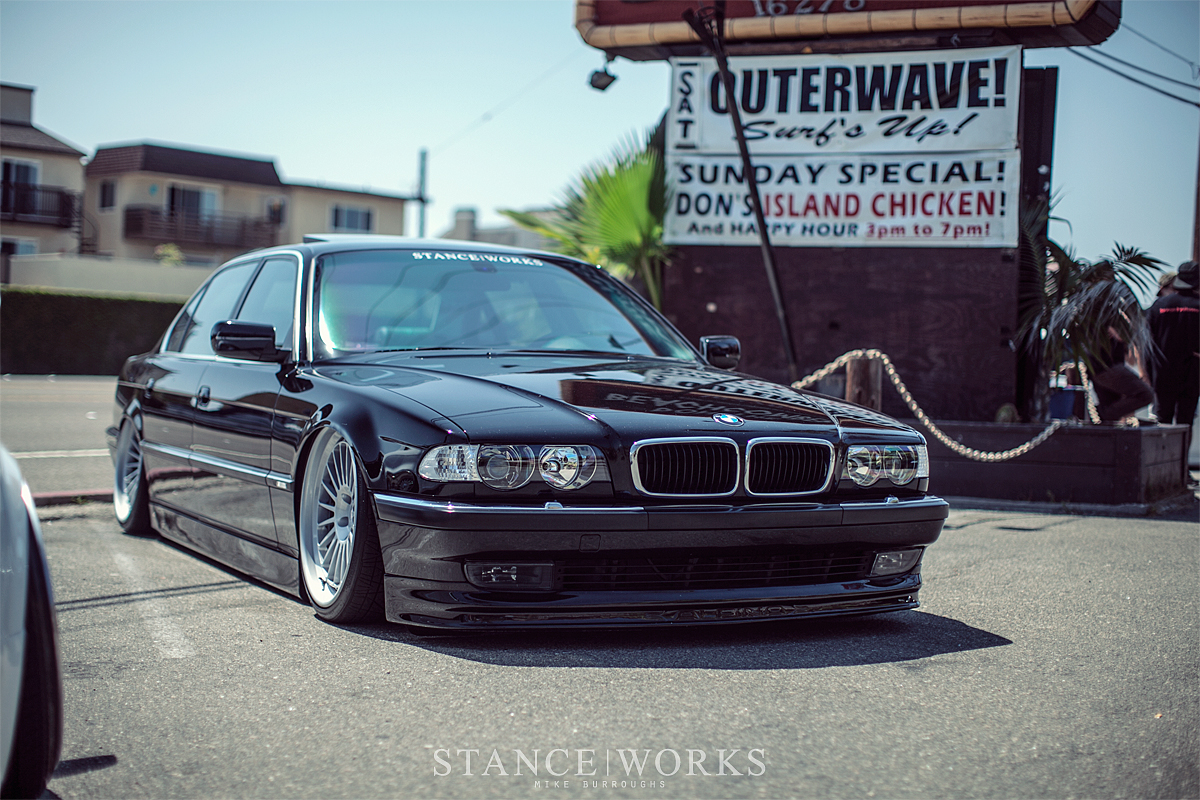 In and amongst the cars, friends and enthusiasts took the time to talk shop. Played Out offered many of us the chance to see old friends and meet new ones, and gave us the chance to put names to faces and faces to cars as some of the most recent builds from across the web begin to surface. 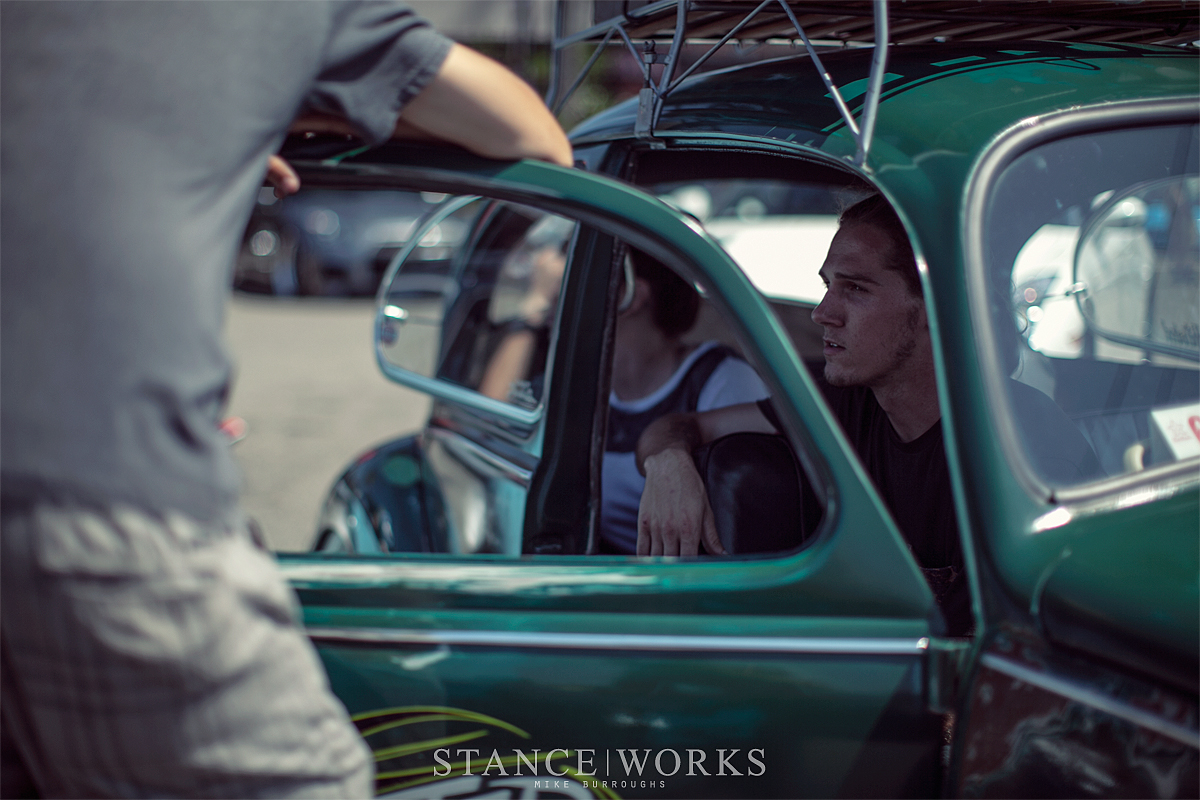 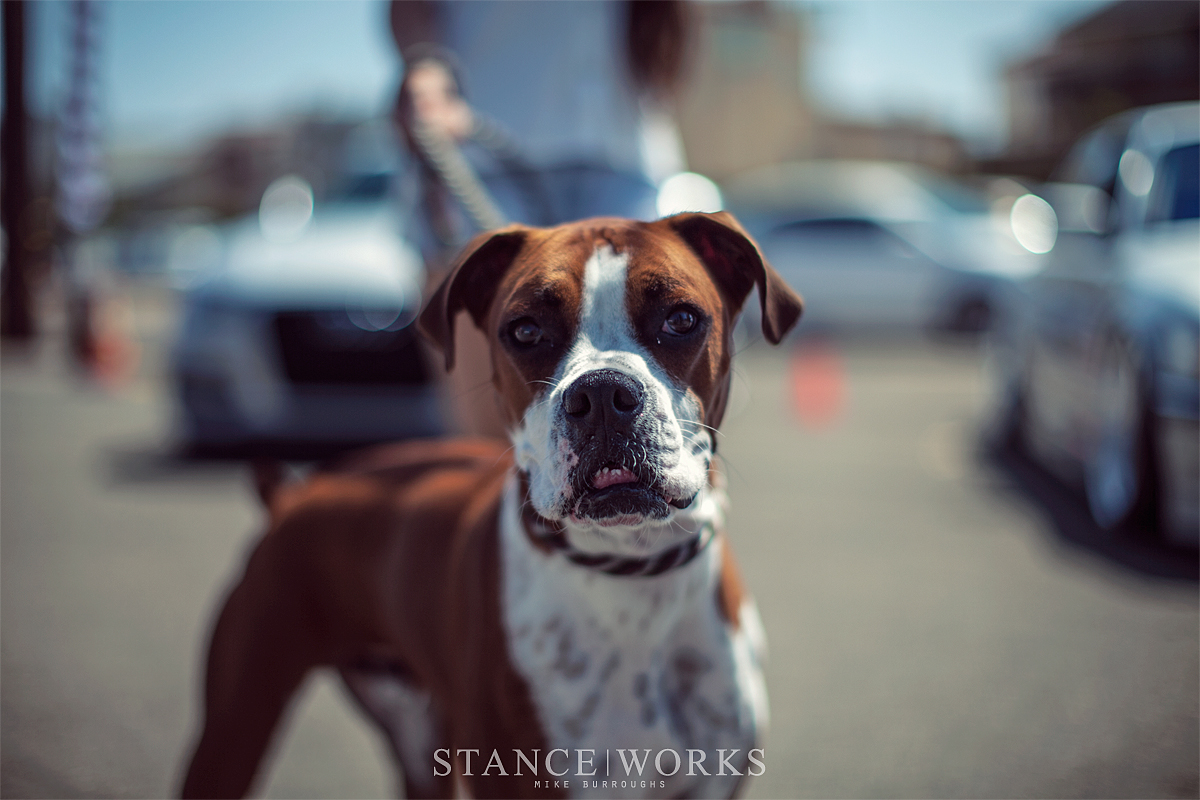 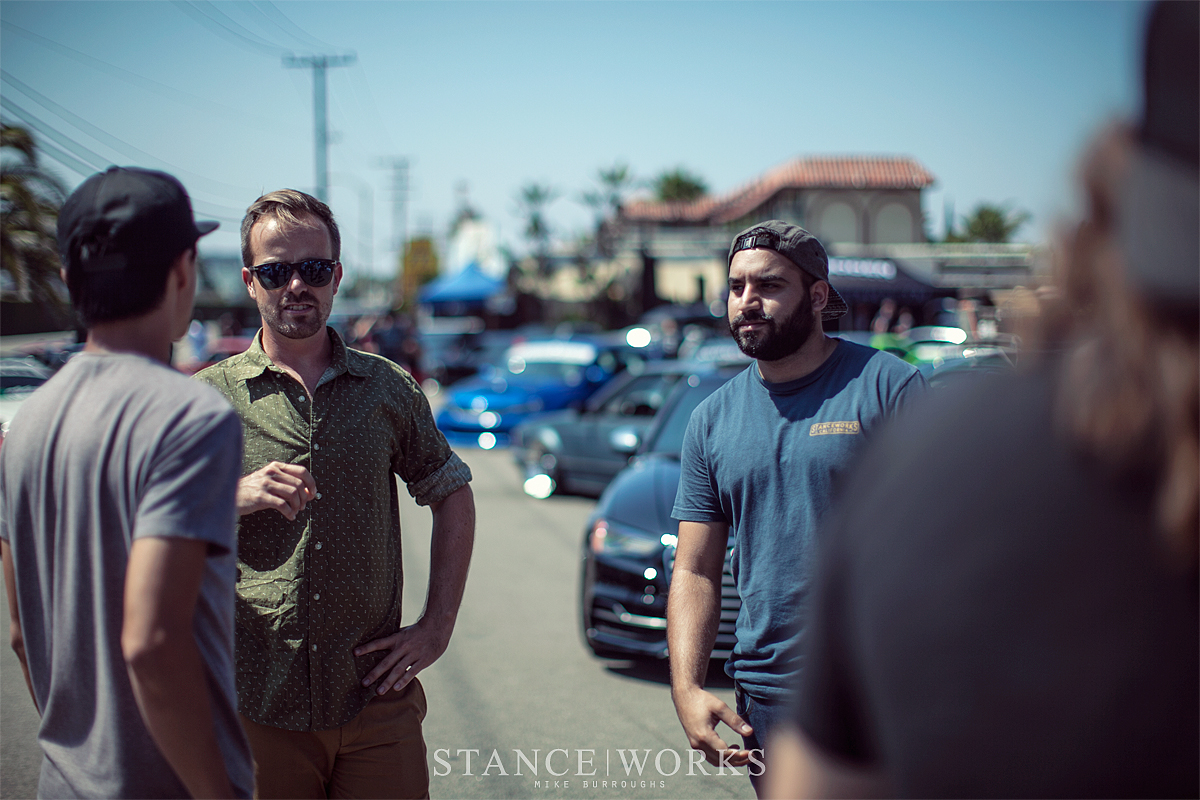 We were asked to pick the "Best of Show," which proved to be a challenge, given some of the cars in attendance. From widebody GT3 Porsches, to classic aircooled Beetles, there was enough to satisfy any taste. However, our chosen victor remains absent from our coverage, having earned a feature of his own, which will be coming soon. 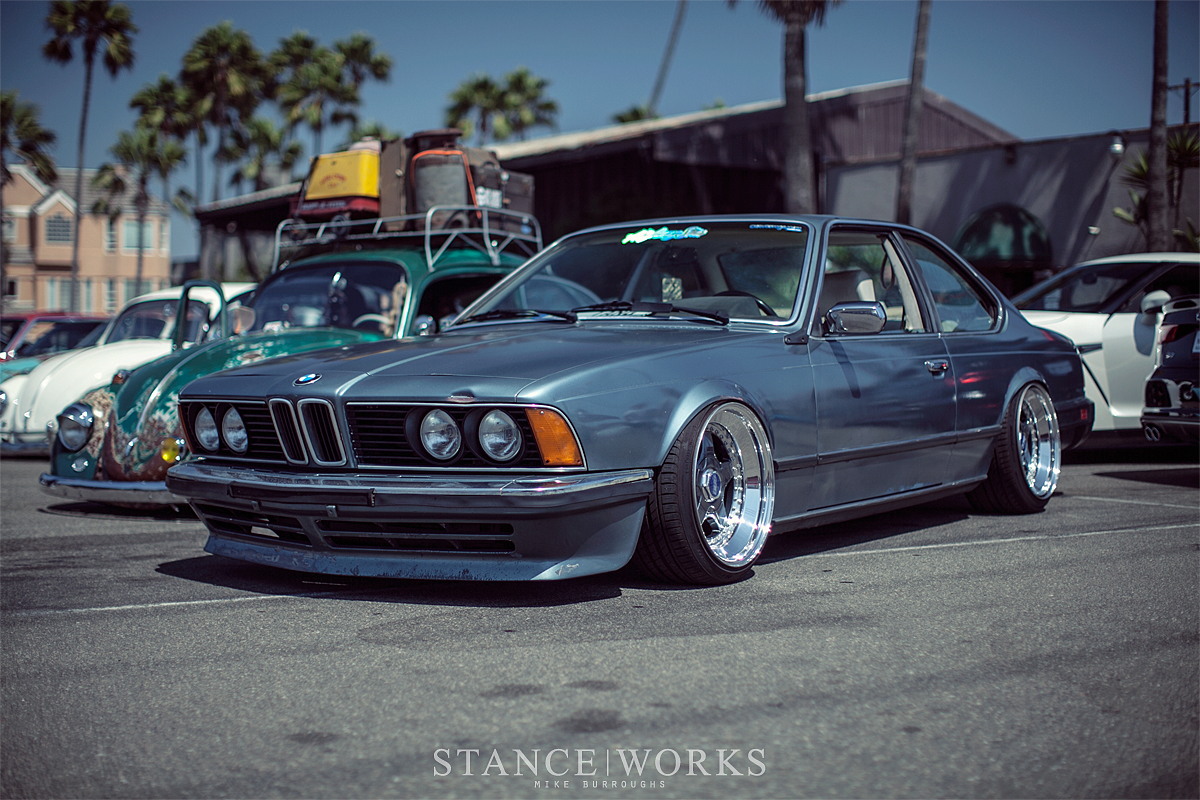 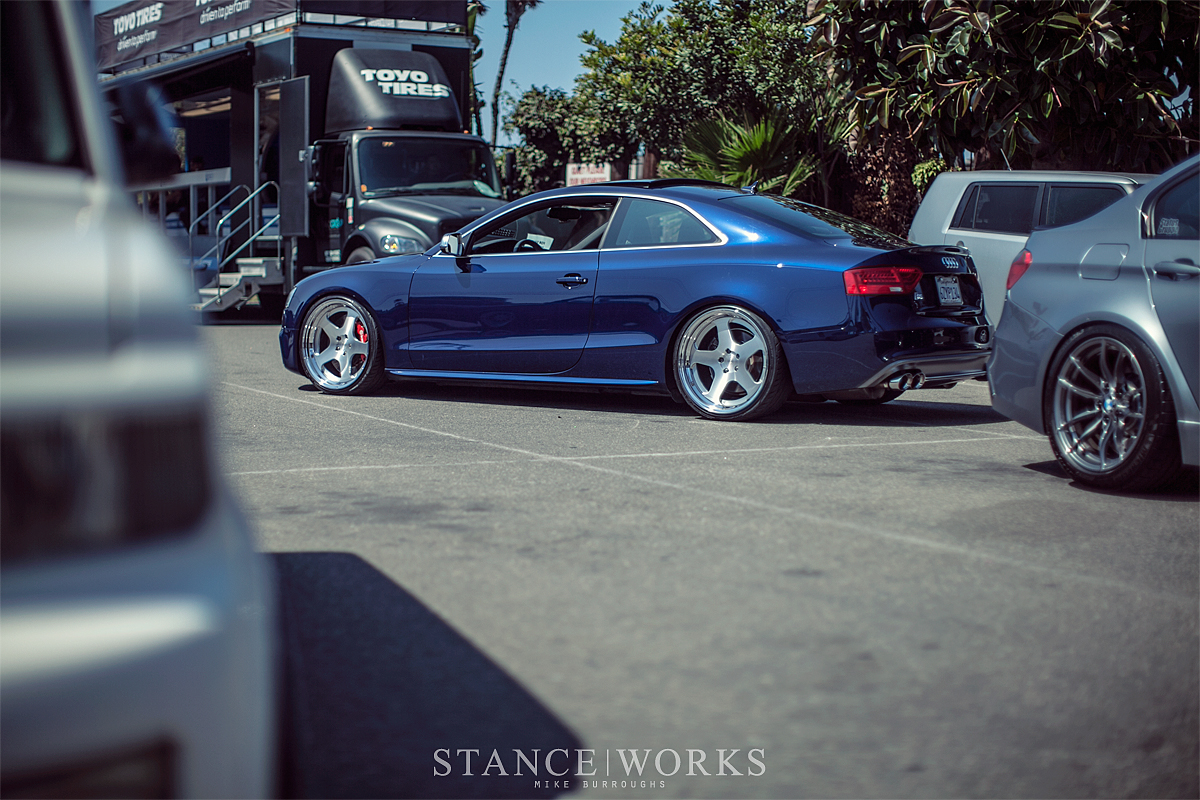 If you haven't already, it's time to mark your calendars for 2016. Aside from the cars and friends, it's Played Out's small, home-grown size and beachfront locale that both aid in making it a weekend worth looking forward to. 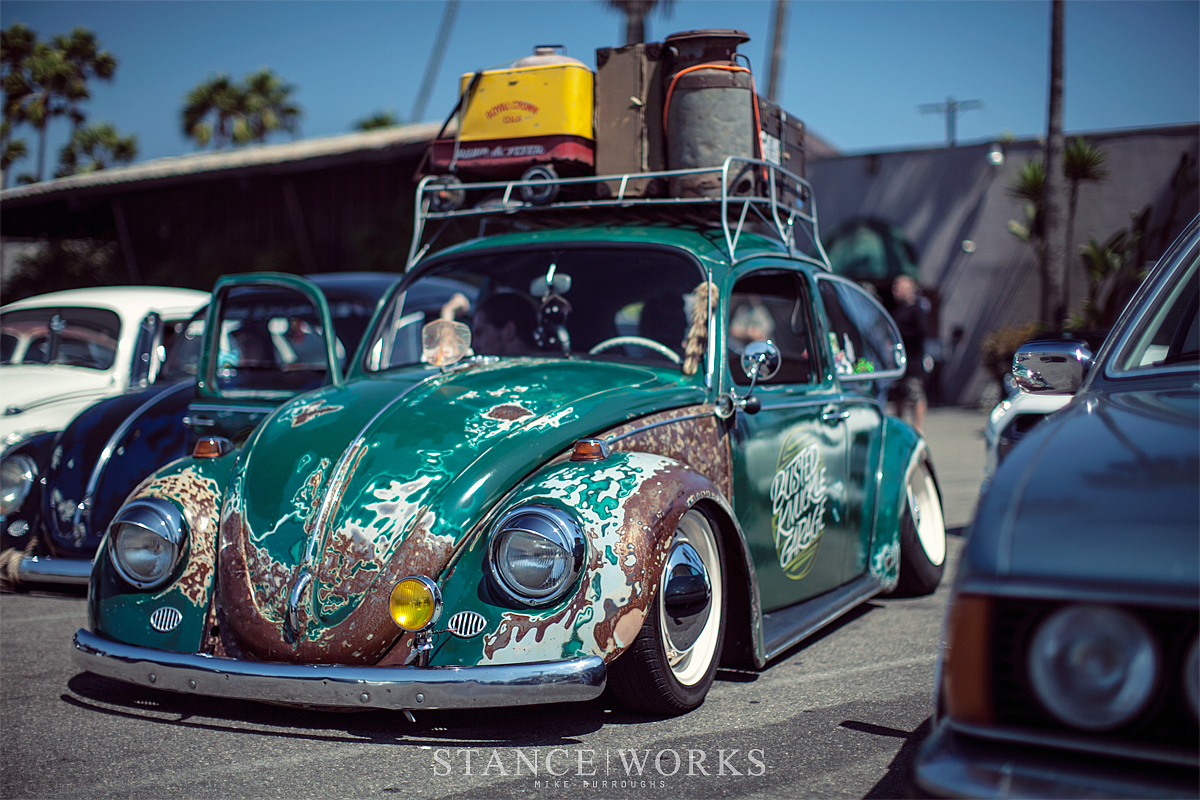