A Preview: Forza Motorsport 6 for the Xbox One

A Preview: Forza Motorsport 6 for the Xbox One

Today, the team at Turn 10 Studios unveiled the latest installment in the Forza Motorsport franchise: Forza Motorsport 6. Touted as bigger and better than ever, we were given the chance to play the game early - even before the likes of E3 - and as racing sim fans, we're anxious to get our hands on a formal copy. 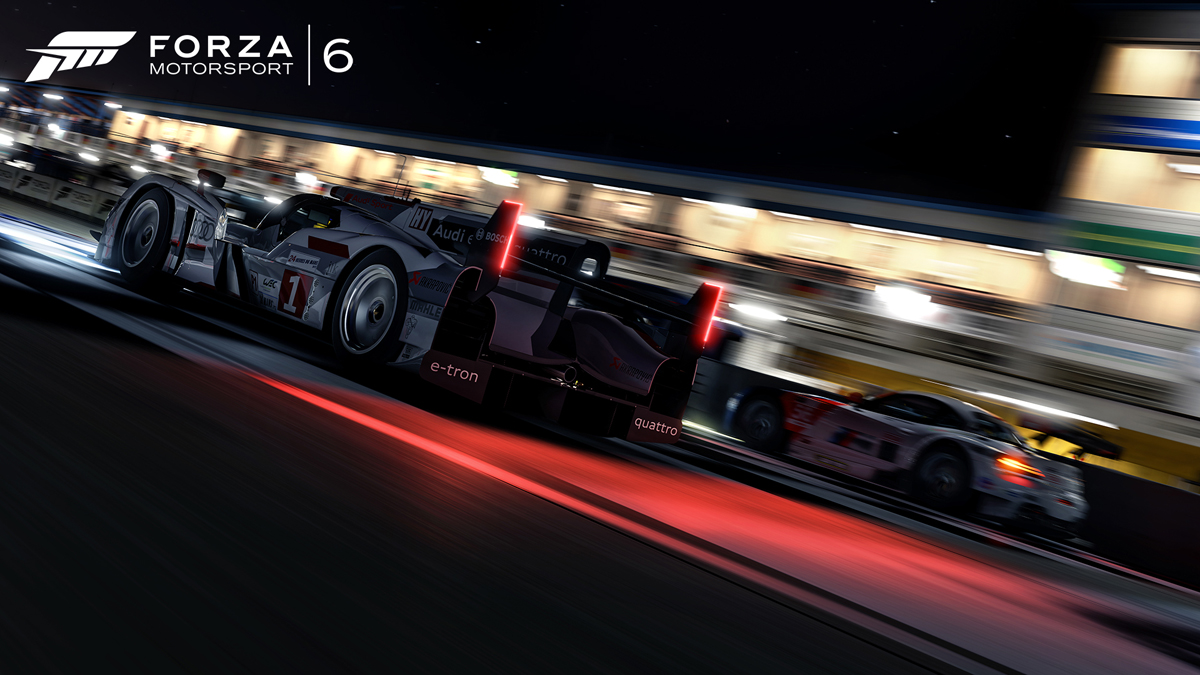 Last week, Andrew and I were invited to a garage in Los Angeles for an exclusive sneak peek at Forza Motorsport 6. Upon arrival, we were met with Adam Carolla's impressive Nissan, Datsun, and Lamborghini collection, a stable that set the stage for an impressive series of events and unveilings. A slew of Paul Newman and Bob Sharp race cars lined the walls, with a peppering of other classics mixed in. 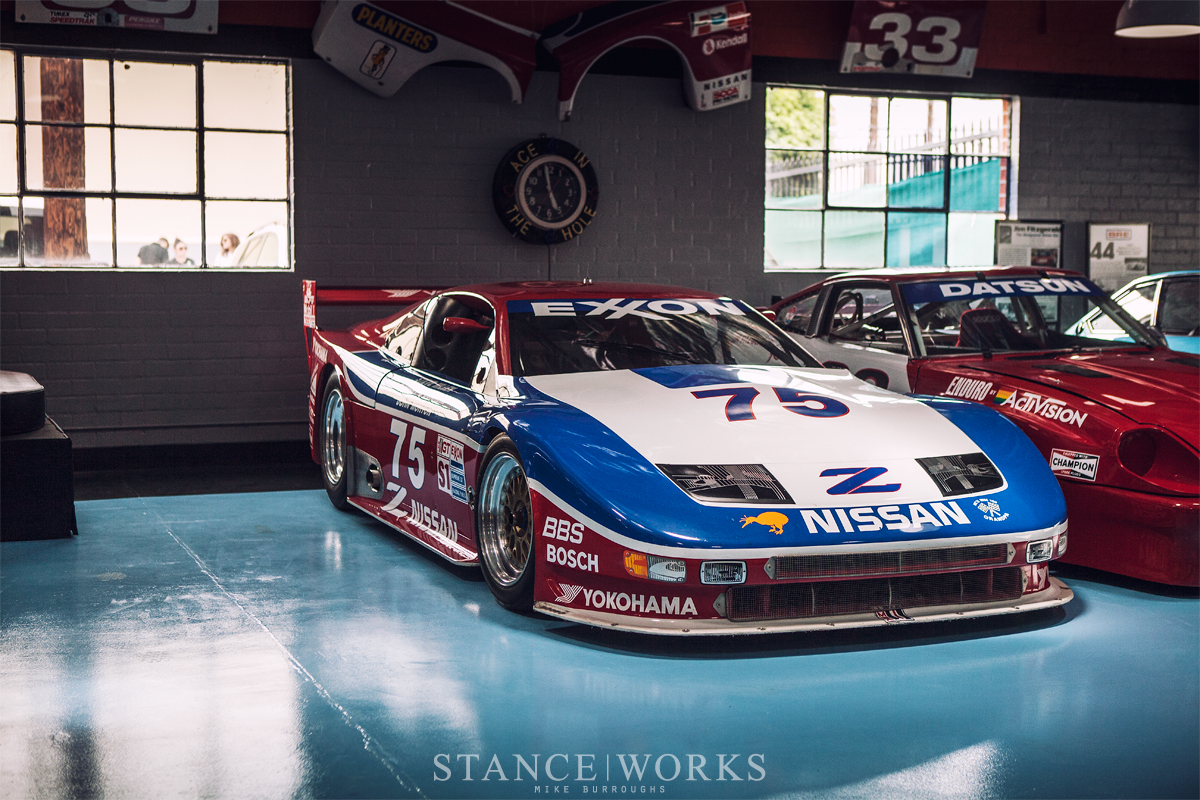 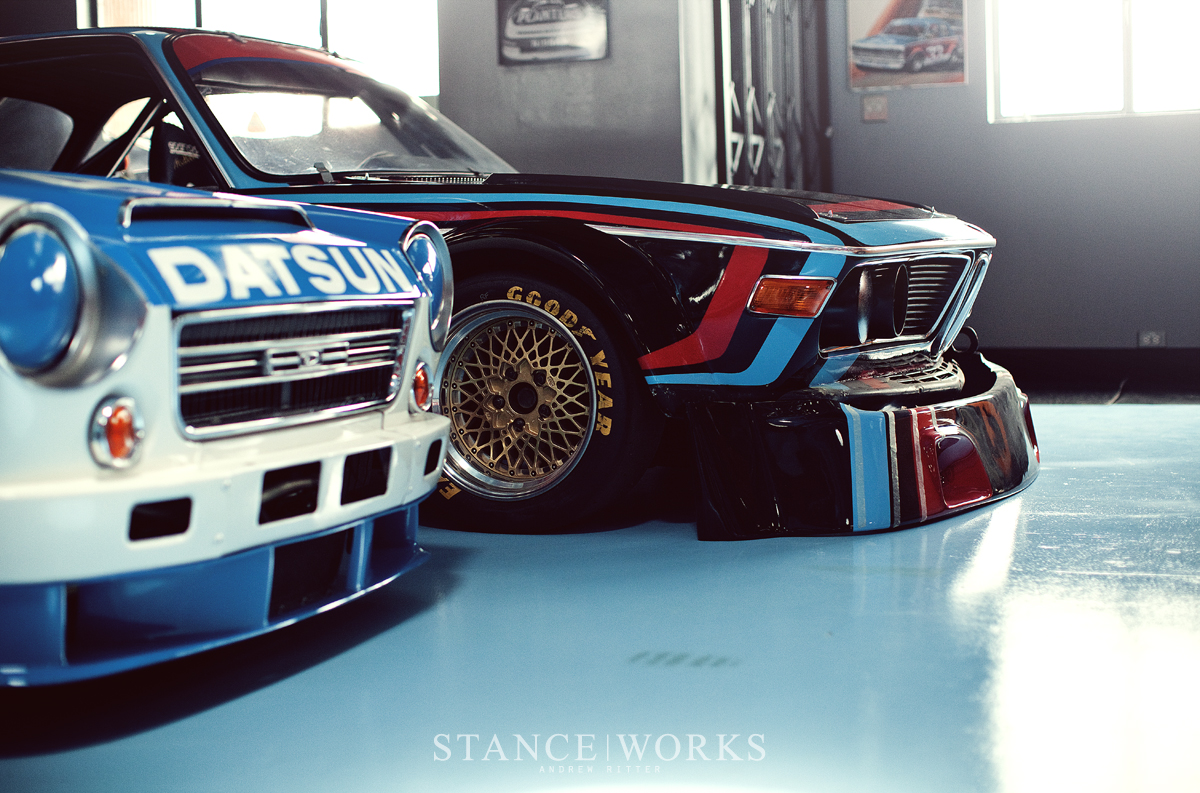 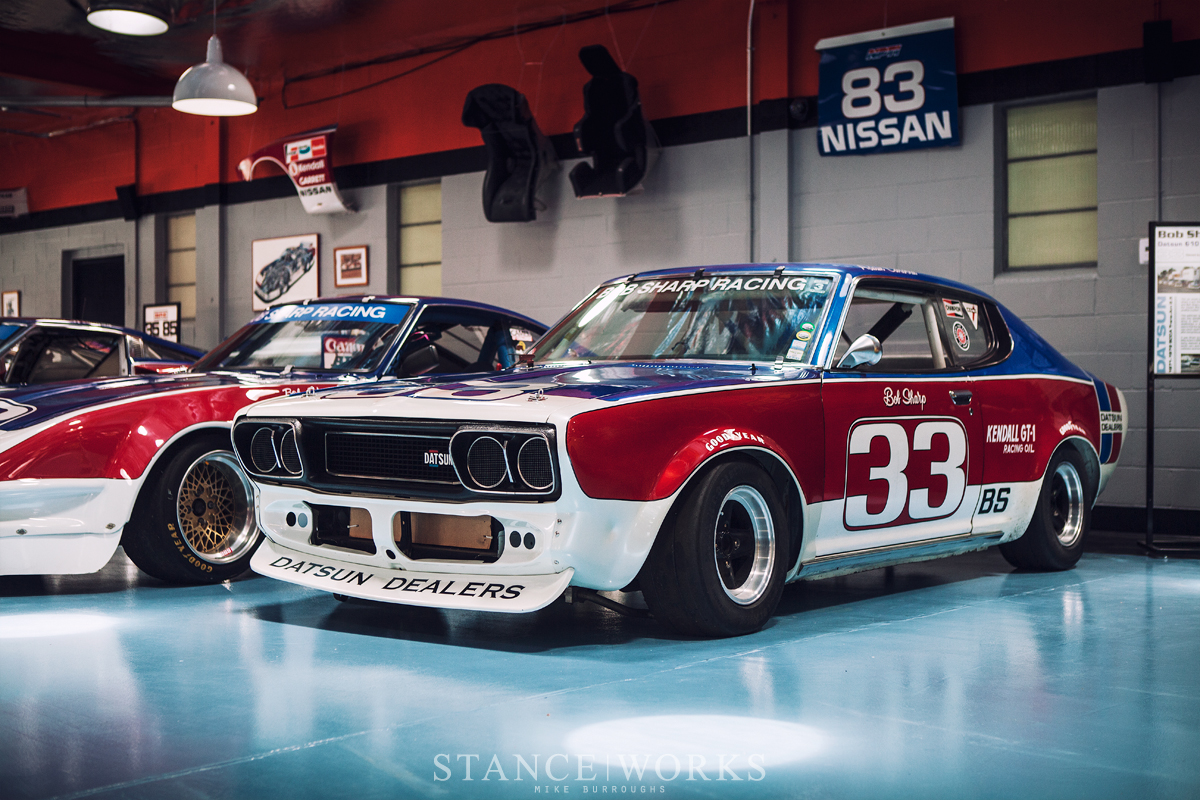 Further inside the shop, the familiar setup of screens and stations reminded us why we were really there. Andrew and I, as well a select few others, gathered around as Dan Greenawalt, Creative Director at Turn 10 Studios, gave us a brief presentation before setting us loose to play the game. While most of the information surrounding the game has yet to be announced, Dan did confirm some important details. 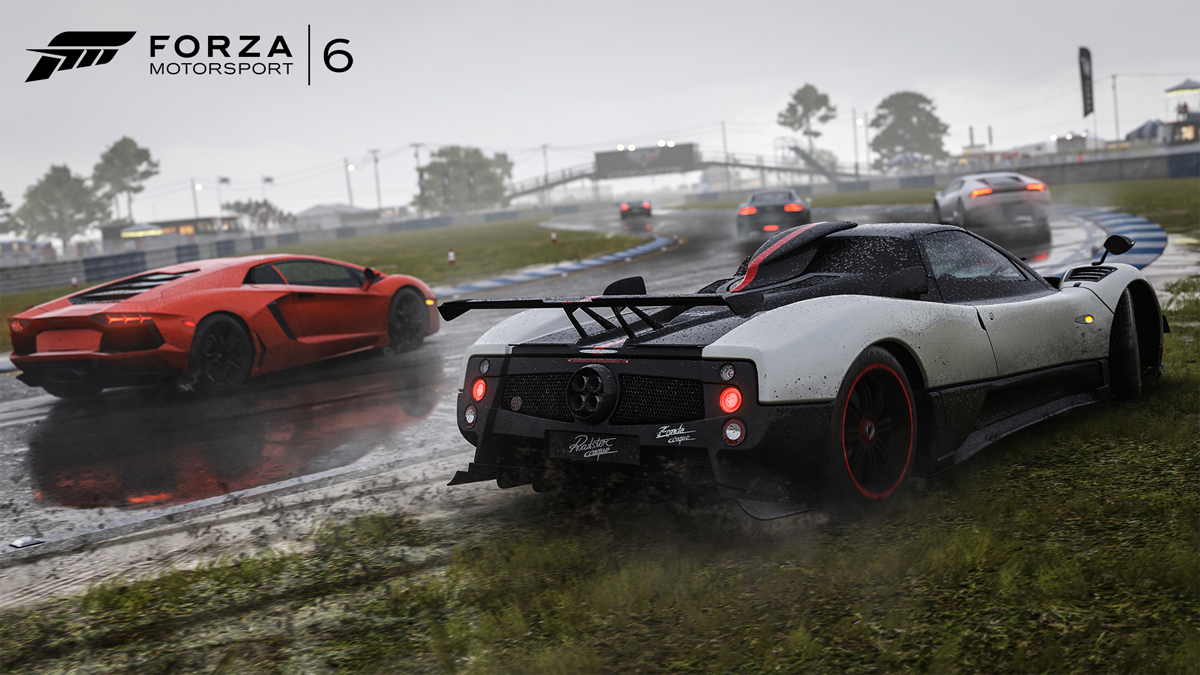 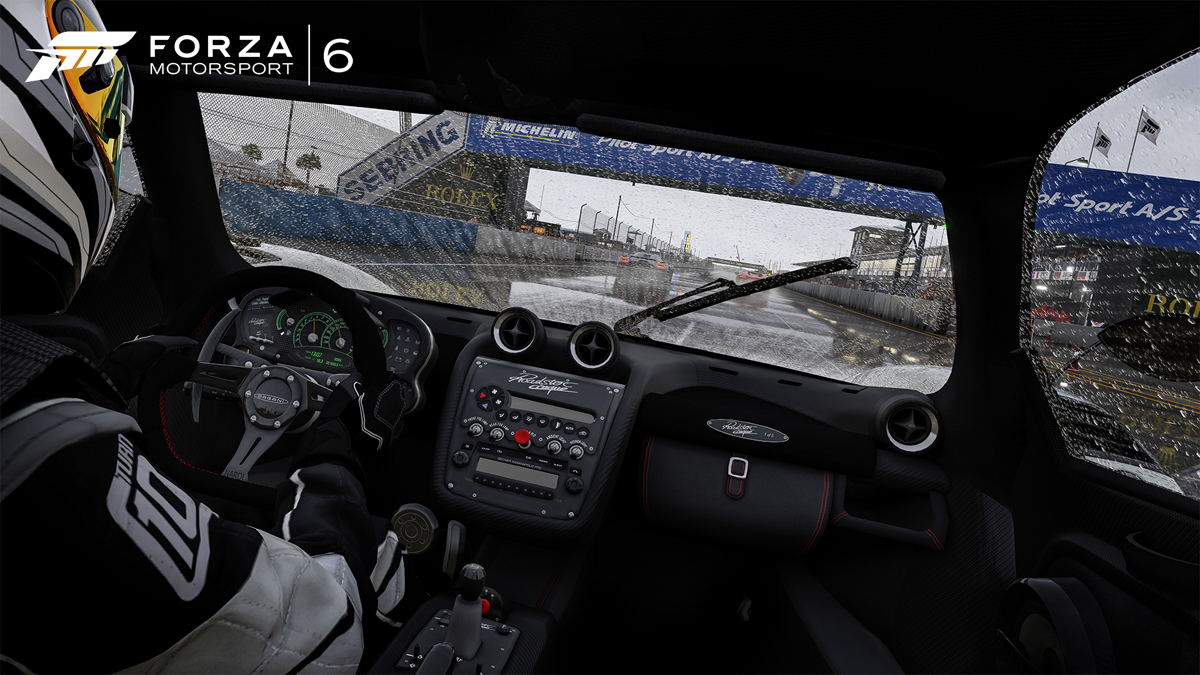 The depth of Forza 6 pushed new boundaries, and frankly, is what us "next gen" console gamers have been waiting for. 26 locations are present this time around, many of which are new to the Forza universe. A staggering 450 cars, each detailed to the fullest "ForzaVista" level we've come to expect in recent iterations of the game, will be available within the game. The graphics smash the competition away, leaving a lot to be desired from what felt beautiful in Project Cars. Everything from weather to 150 different driving surfaces have all been optimized and scrutinized, all in the name of building the best racing sim possible. 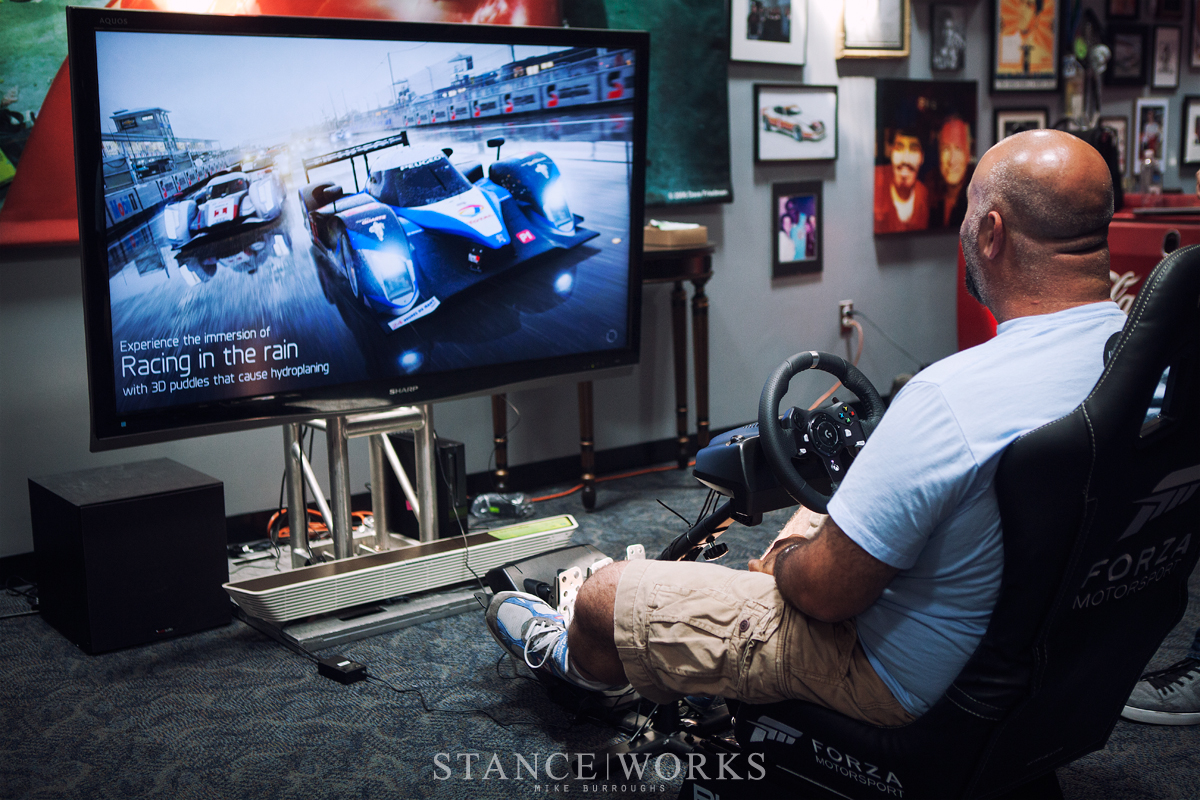 We recently reviewed Project Cars, and while we heralded its unforgiving nature and depth as a simulator, Forza strikes back, and hits hard. After a few laps around the all-new "Rio" track, it's clear that much of what we love about Forza is still here: a balance between simulator and fun. We're not sure what has changed in regard to tuning, modifications, and more, but the E3-build of the game proves promising for any fan of the Forza franchise. While we're somewhat confident that this isn't going to compete with the hardcore no-frills simulators like iRacing or Assetto Corsa, or even Project Cars, it's important to remember that it isn't meant to. Forza stands in a league of its own, finding the perfect balance between pushing a car to its limits with a sense of realism, as well as satisfying that need to mash around a course in a 1,000-horsepower engine-swapped import. 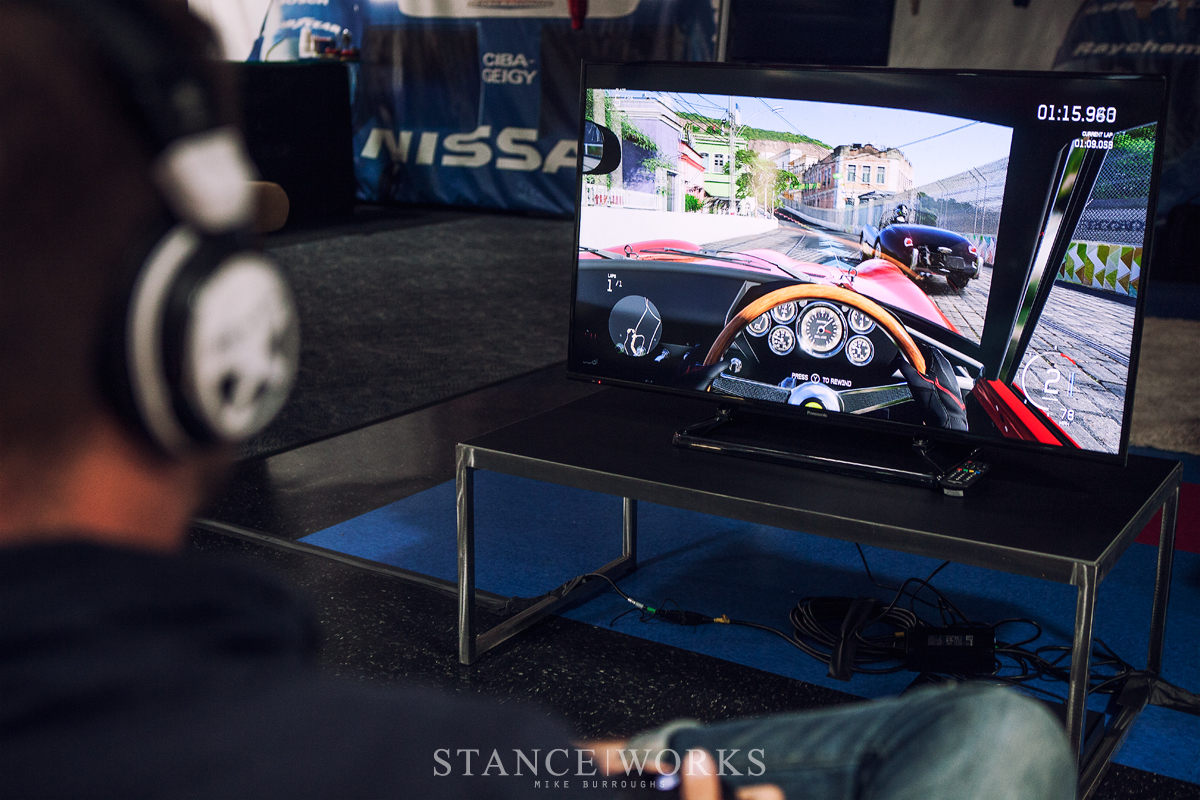 Jumping back a bit, each game in the series has been graced with a "hero car," and this time, Ford's upcoming GT takes the position. After some time spent with the Forza group, it's clear that the relationship with Ford delves a bit deeper than face value. Close to 40 Ford cars will be present in Forza 6,  ranging from Fox Body Mustangs and old Escorts, up to the latest and greatest, and even the legends, like the original GT40. A series of one-off controllers were present and on display, each painted to commemorate the winning trio from 1966. 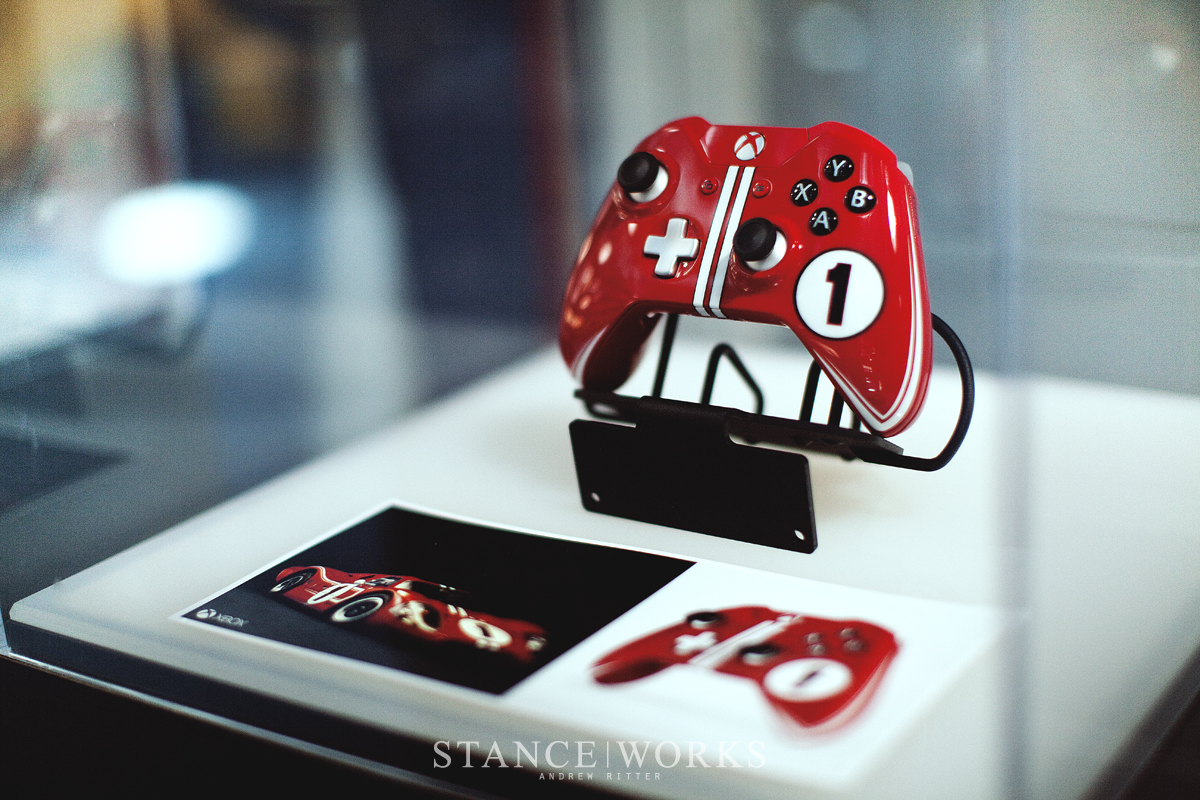 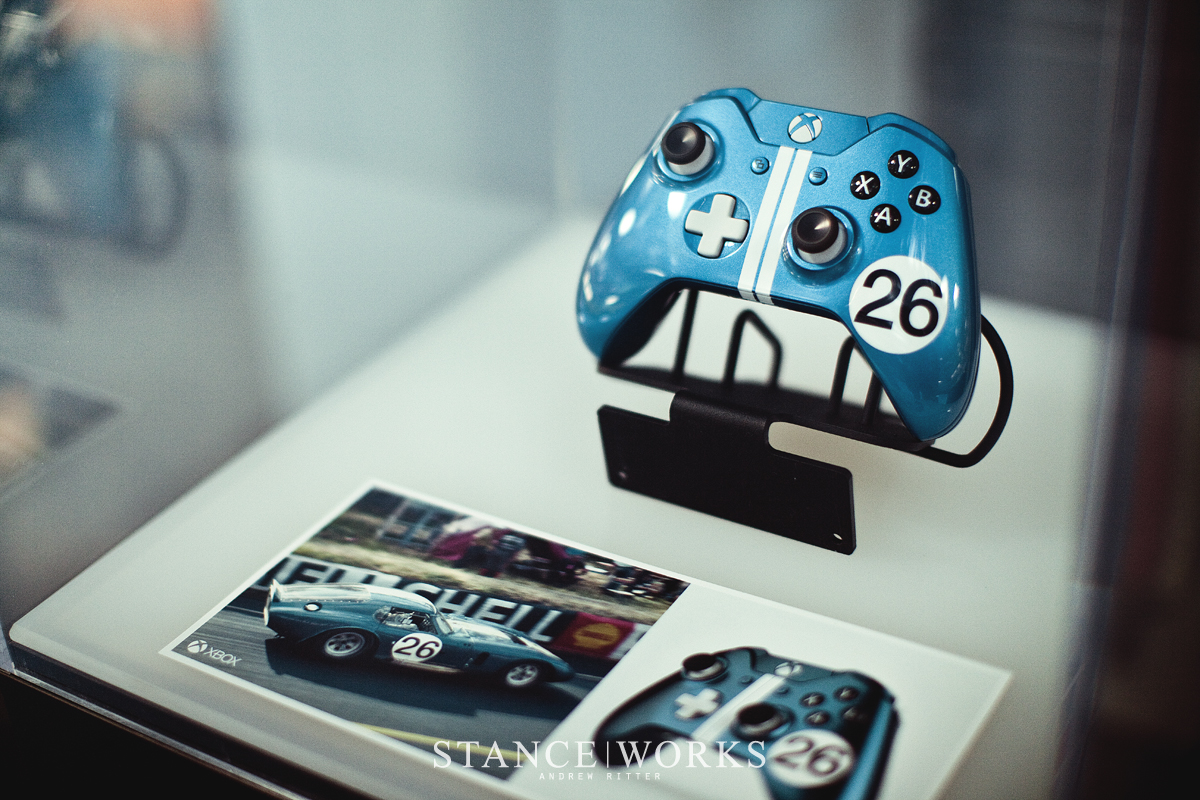 After putting in more time around the track, both with the controller and with the wheel, we were invited to tour the rest of the facility. On our walk to the second garage, we passed by Halo F150 "Sand Cat" build, and just beyond that, a few more of Corolla's incredible Datsuns. 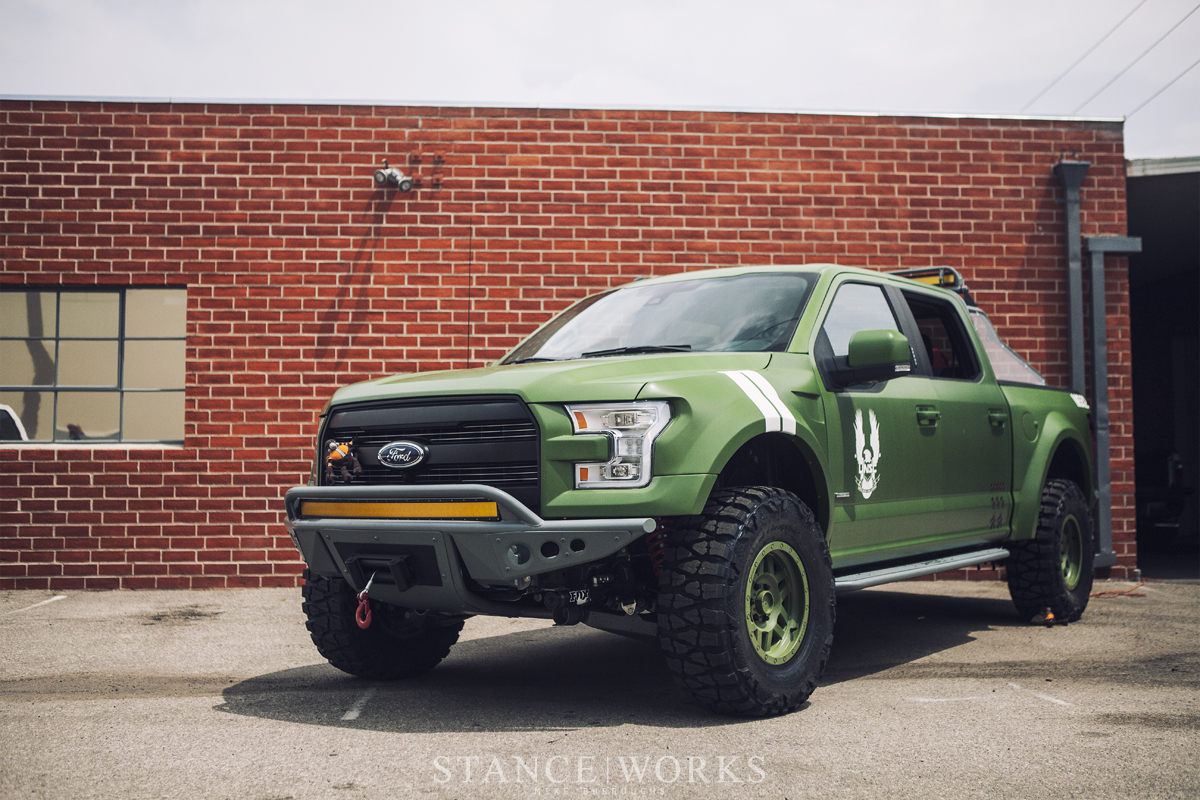 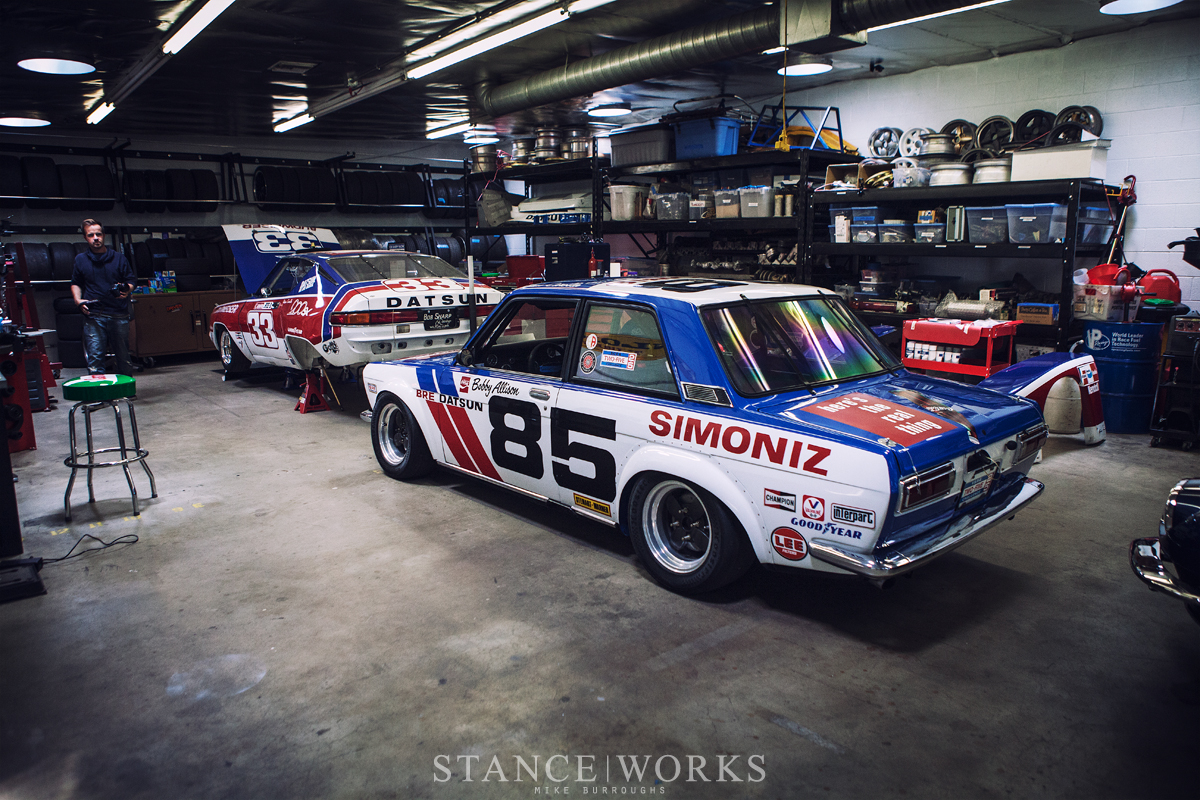 It was in the final garage that our day peaked. While we probably shouldn't mention that anything out-shined our chance to play Forza 6, we're confident the Forza team will understand, given the presence of Henry Ford III and the new Ford GT. We took the time to get up-close and personal with the upcoming supercar, which left a lasting impression: it's downright perfect. Look for more photos of the GT soon - and of course, keep an eye out for our Forza 6 in-depth review as we near it's September release date. 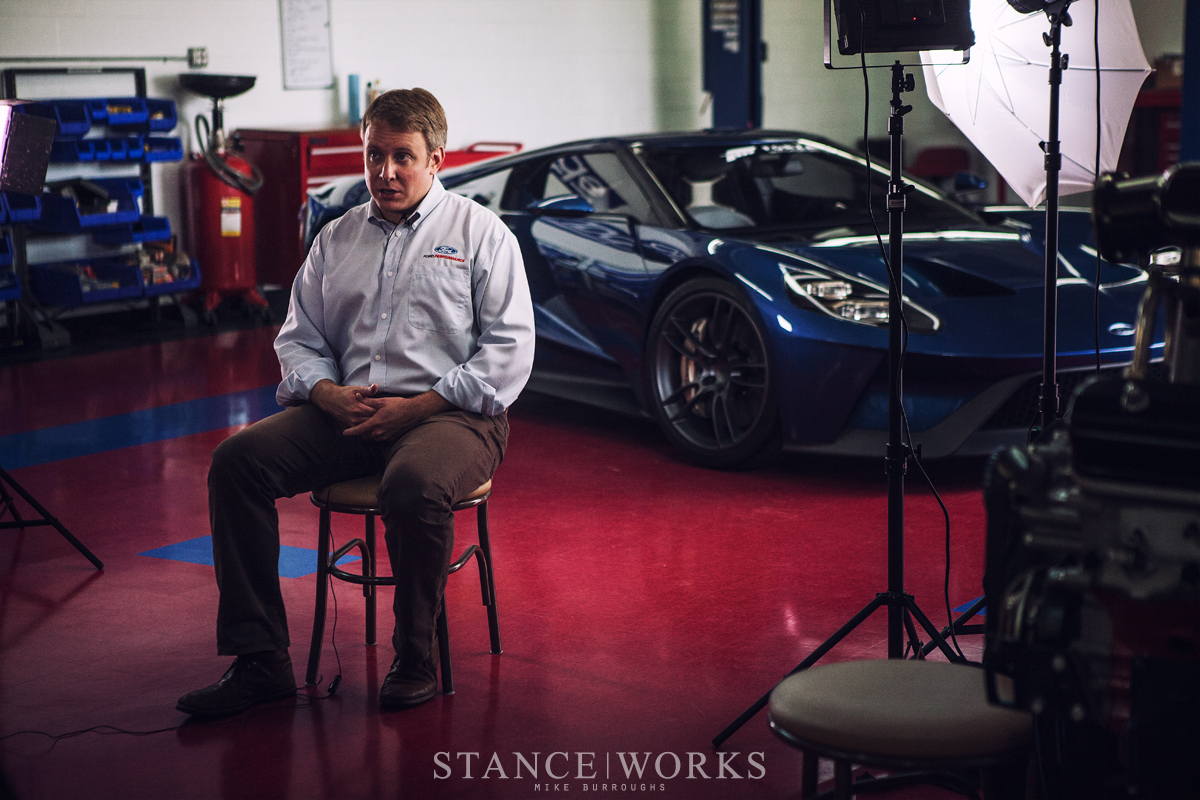 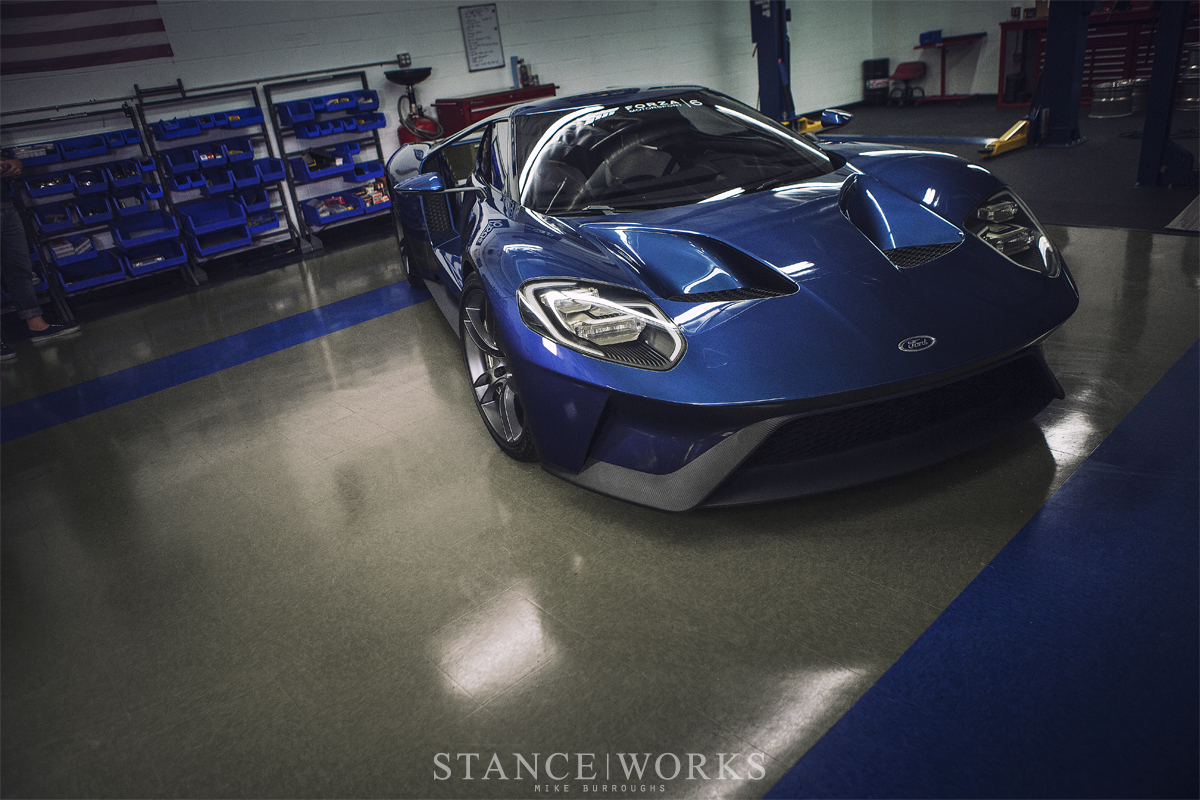