Along side Detroit Belle Isle, the Long Beach Street Circuit is the shortest race of the United Sports Car Championship season; an all-out sprint between narrowing corridors of fencing and blockades. With just 100 minutes of racing allotted, the competition is fierce and fleet-footed, tailored to deft driving and quick thinking, putting drivers at odds with the many skills needed to win the prior races. For six consecutive years, BMW has pushed their way to the podium at the Long Beach Grand Prix, often touted as the "home track" of BMW's legendary Bill Auberlen. With a pole position start, 'lucky number seven' was well within grasp of the Z4 GTEs and Team RLL. 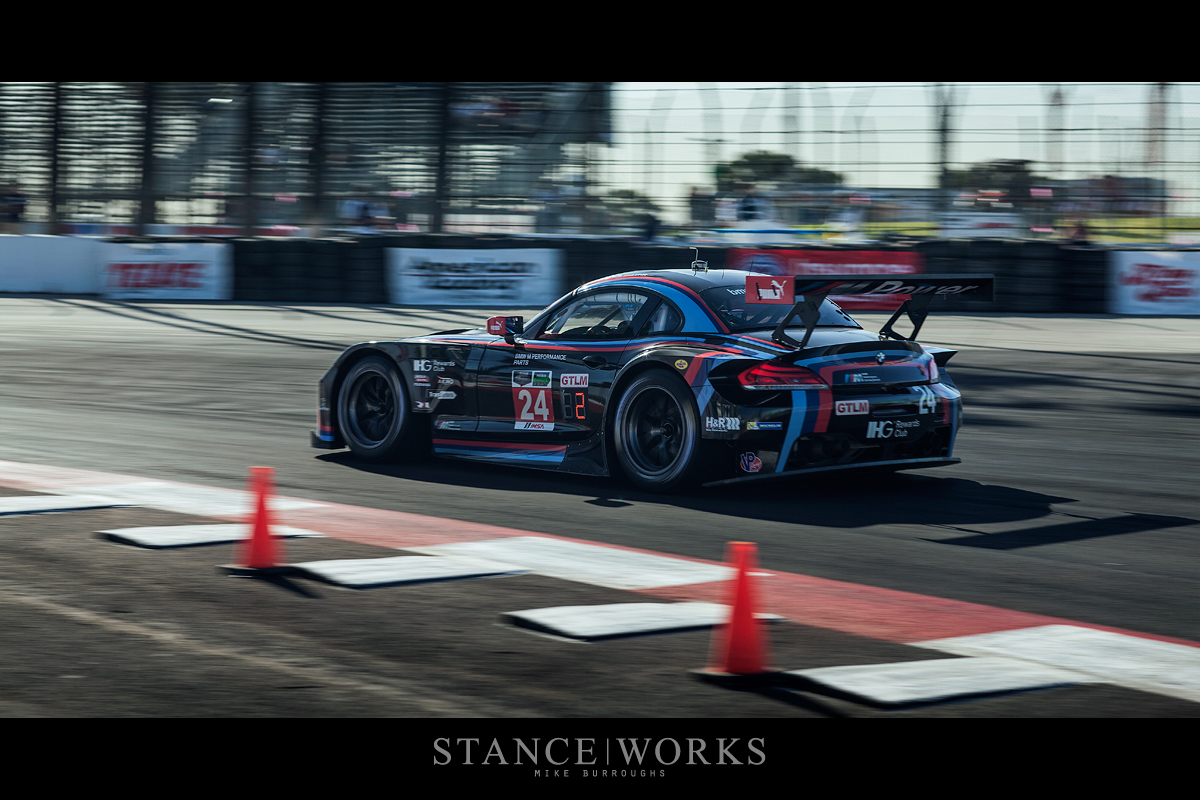 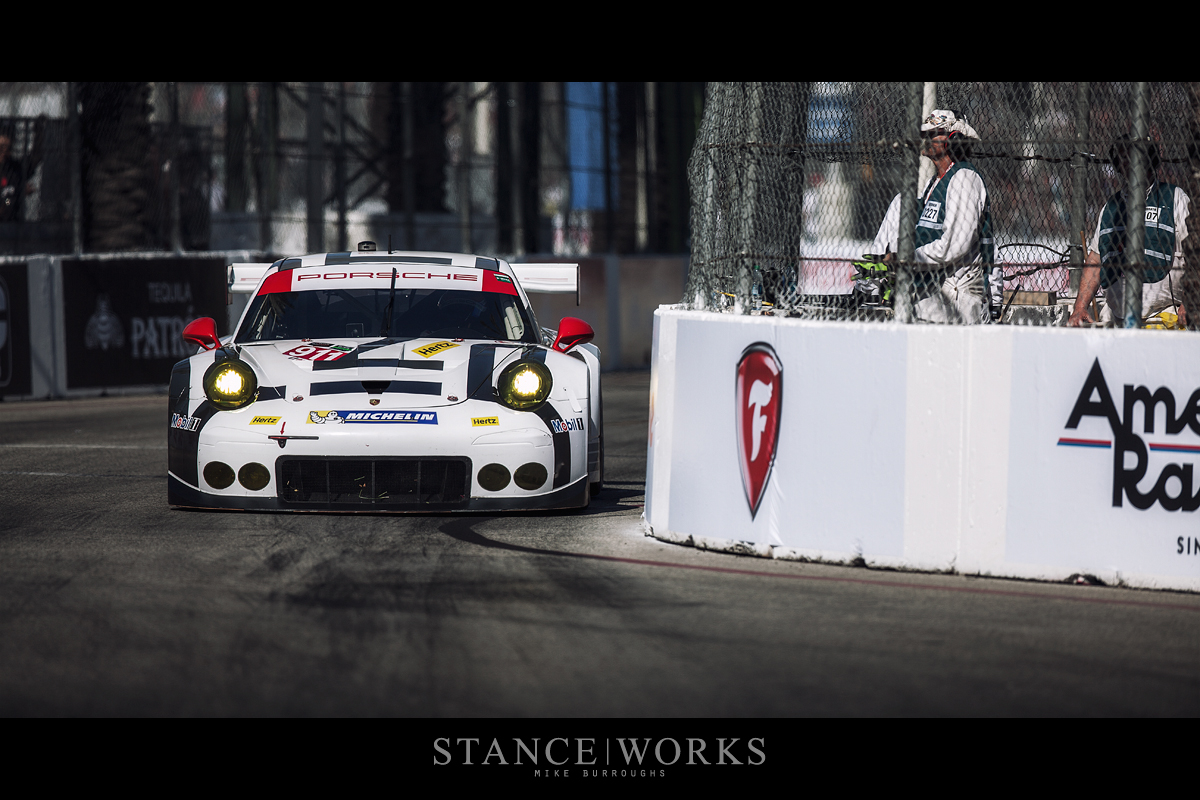 Bill Auberlen strapped himself into the white #25 car at the head of the grid, with John Edwards in #24 just behind him, kicking off the 41st year of the Grand Prix of Long Beach, now the longest-running "street" race in North America. The Z4s, still donning their Sebring colors, were quick out of the gate, but the boys at Risi Competizione were quicker. The Ferrari passed to lead the field in the first turn, obscuring the black and white of the Bimmers behind a flash of red, lap after lap, guiding the pack through the track like a matador's crimson cape followed by a herd of bulls. 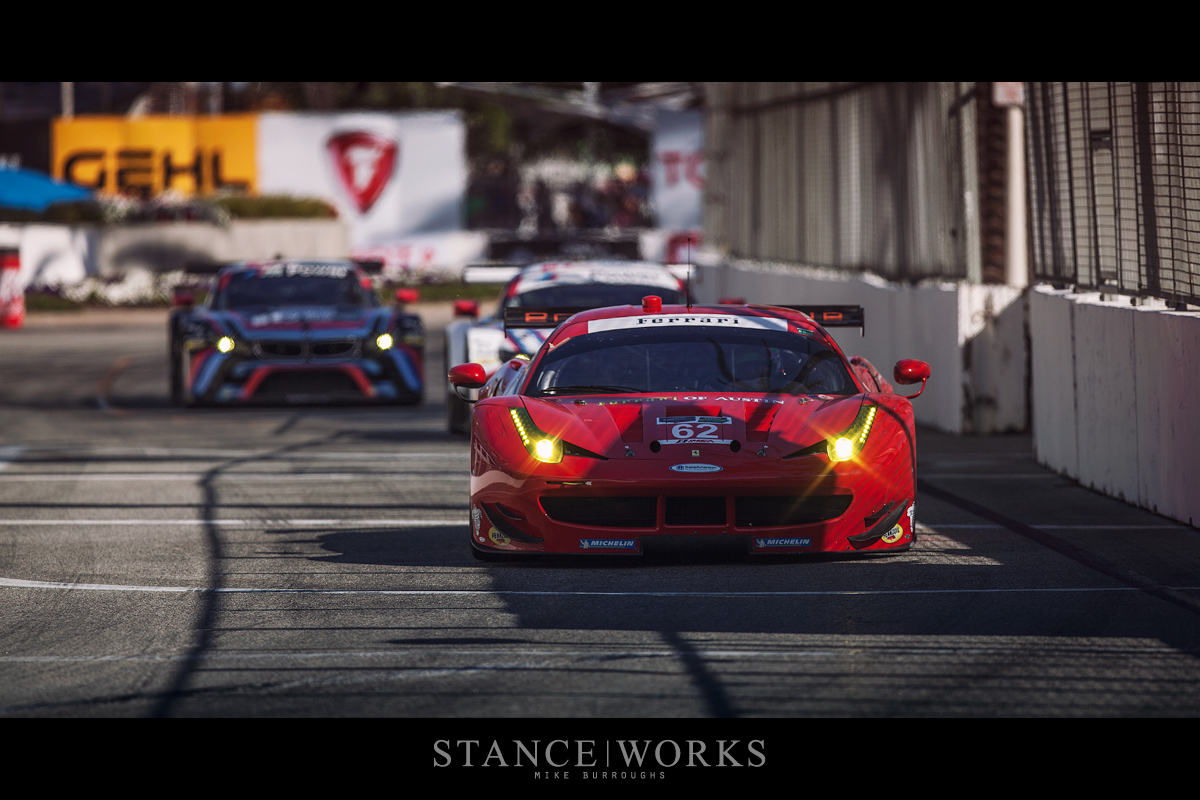 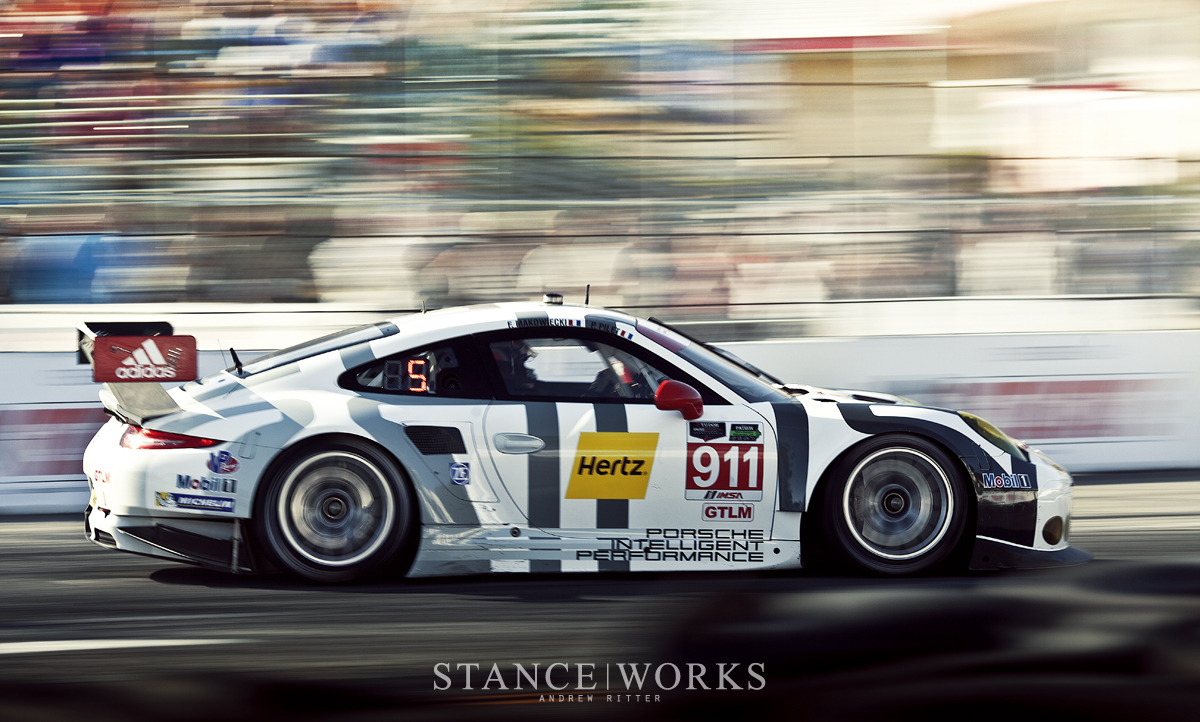 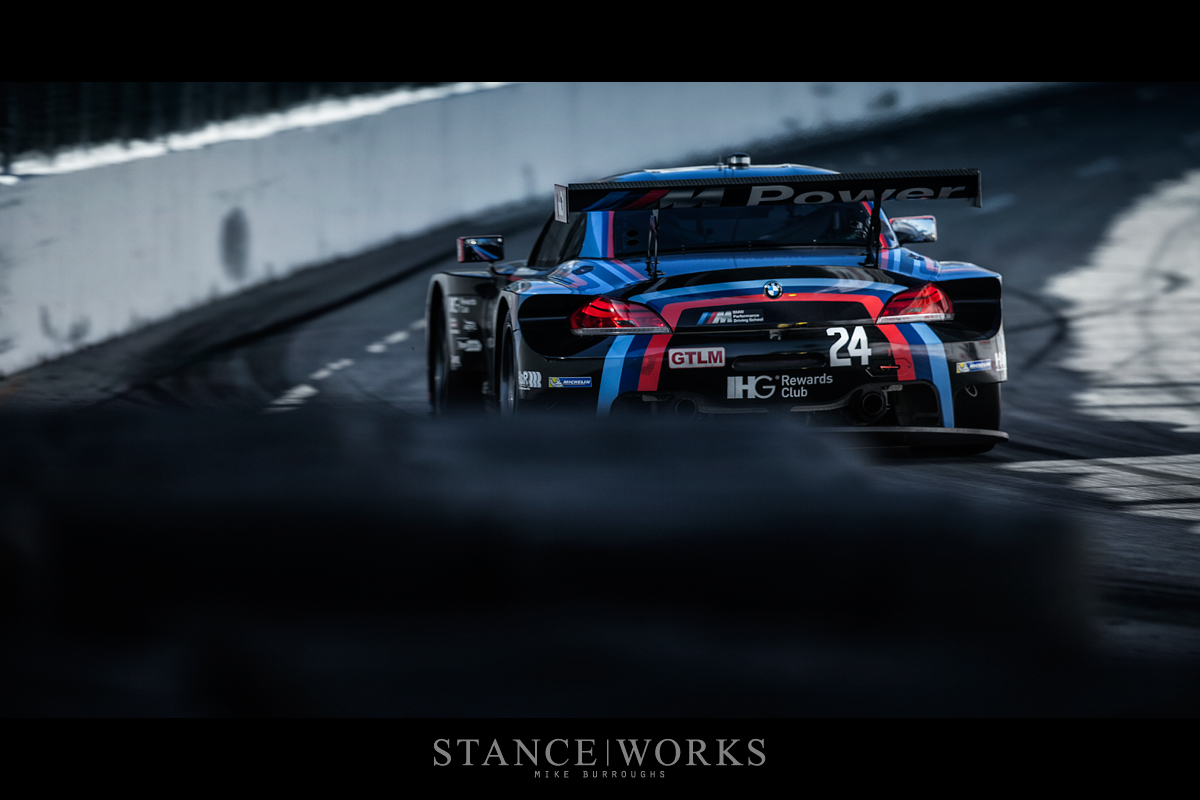 Little occurred in the way of on-track drama throughout the race. Neither a single caution nor red flag was waved from start to finish. Auberlen was the first in the field to pit, and difficulties resulting from refueling pushed Dirk Werner, the second driver of the car, from 2nd to 5th place, further back amongst the pack. On the following lap, Lucas Luhr took control of #24, whom moved into 2nd place after a near-instantaneous pit stop. 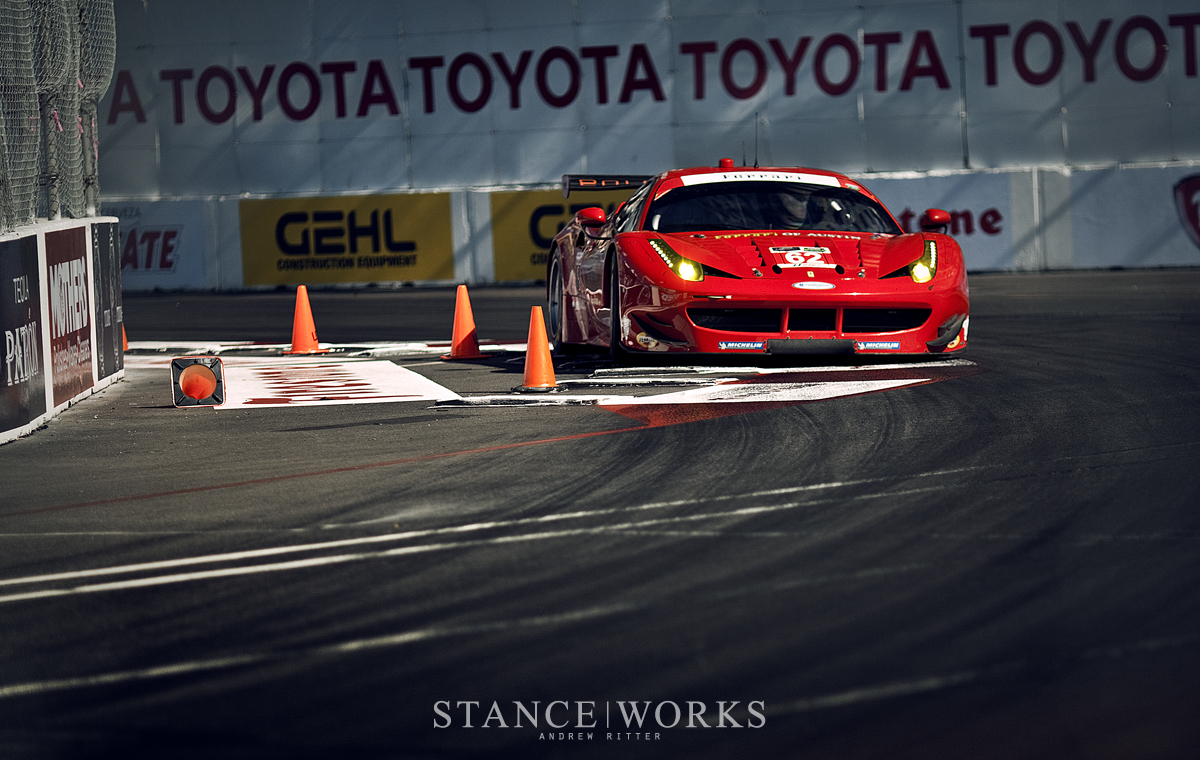 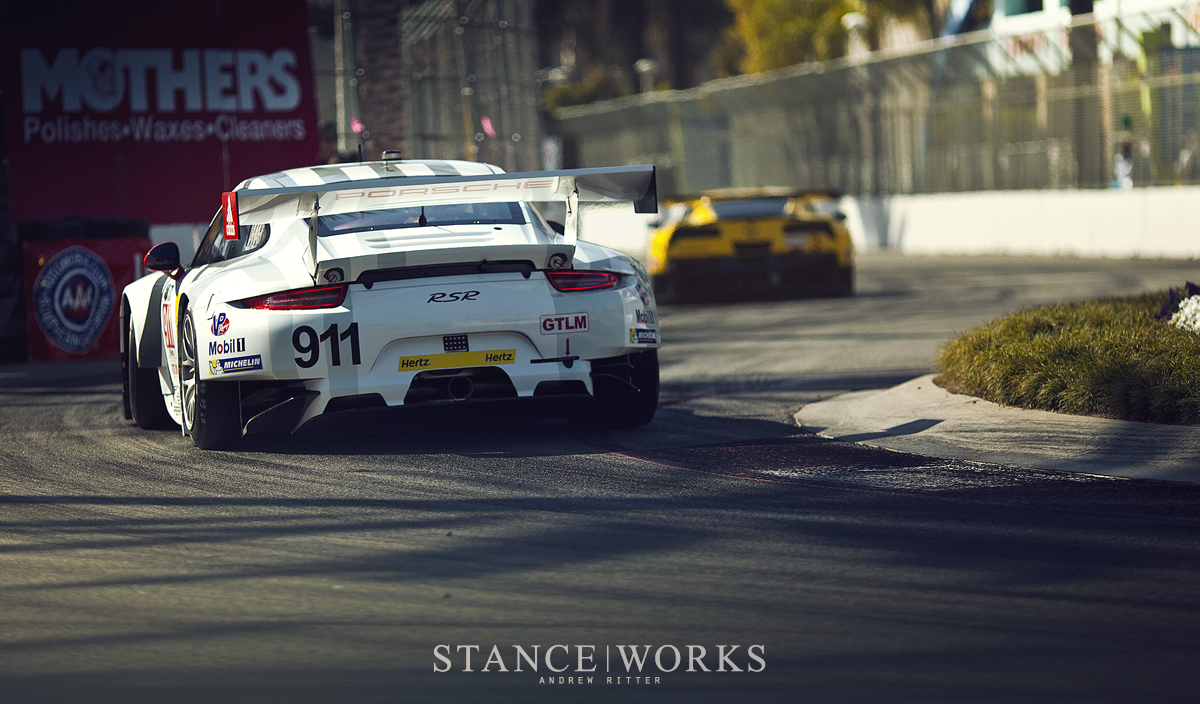 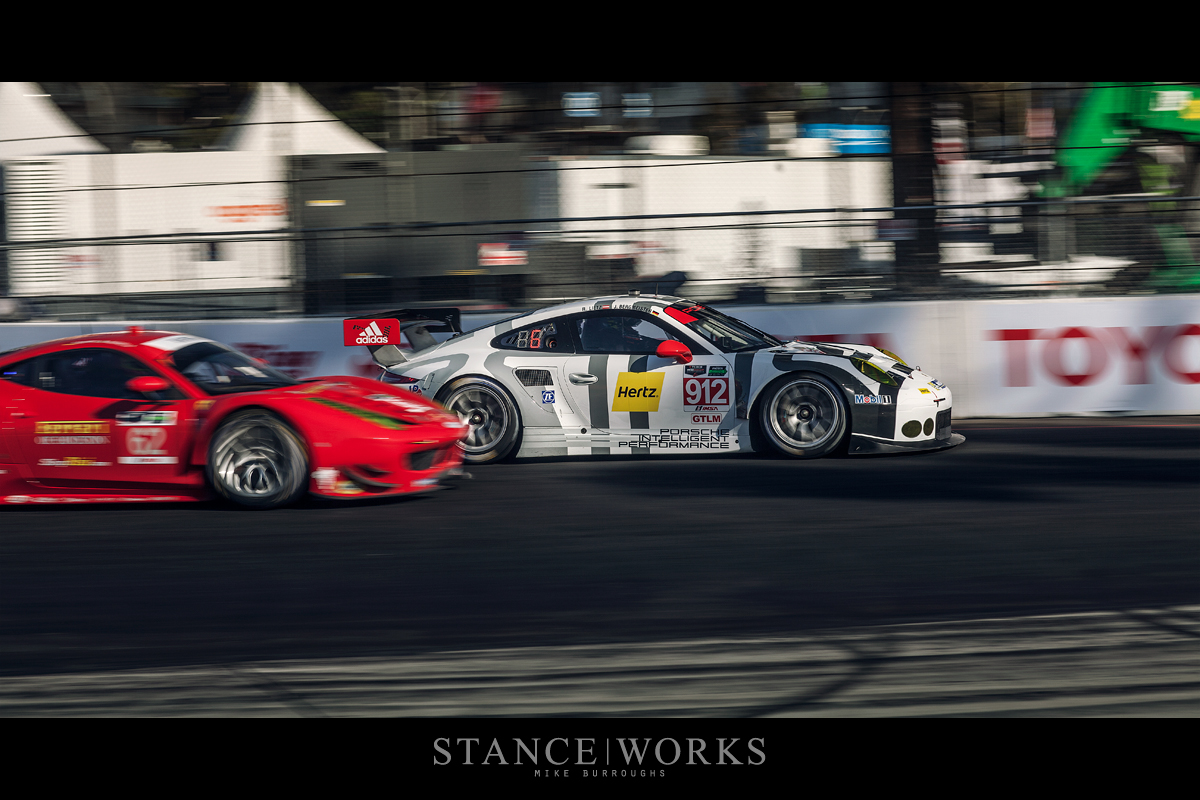 Werner was quick to recover lost time, eventually making his way back to third place, giving both cars sights of the podium, with the prancing stallion still leading the pack. Corvette, the thorn in the side of BMW in past races, suffered troubles in the race's opening laps, giving them a lot to make up for. 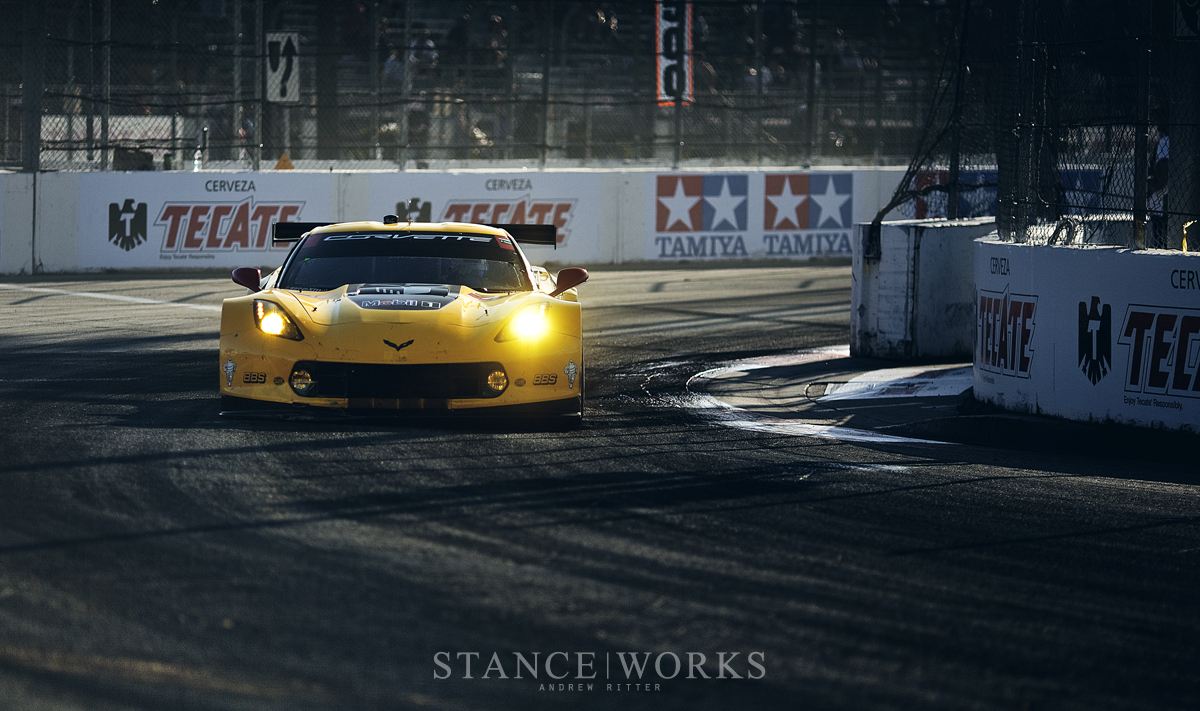 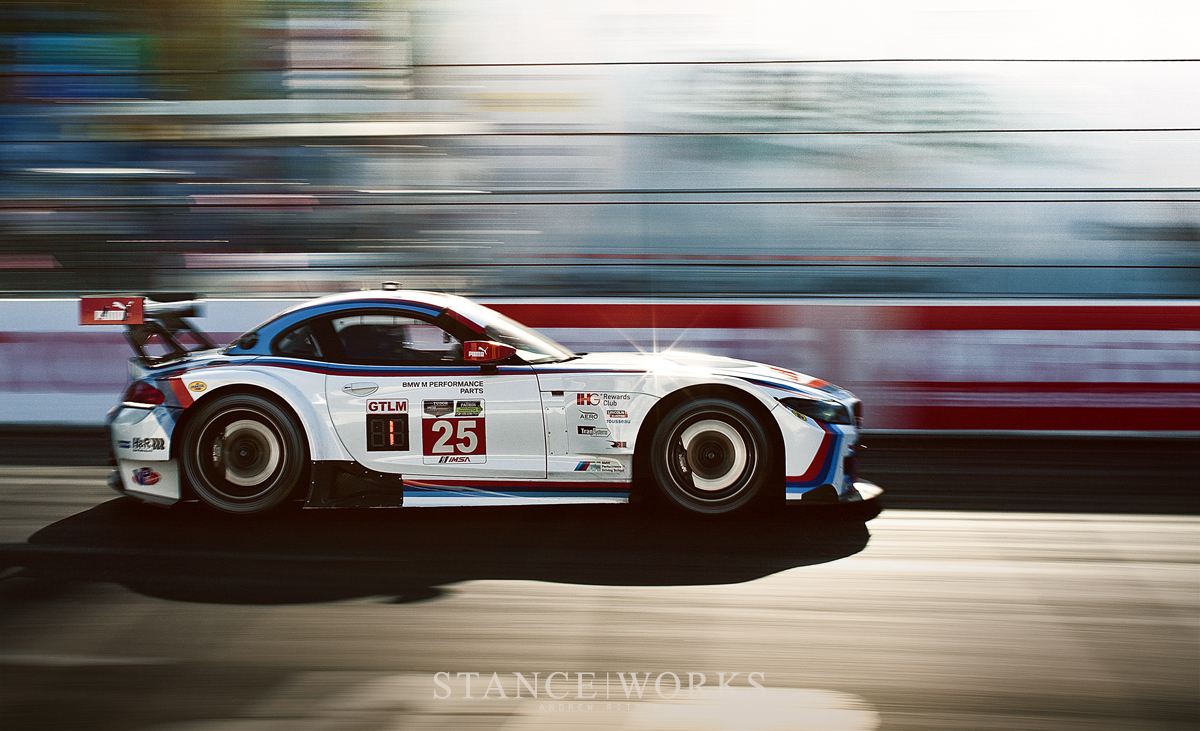 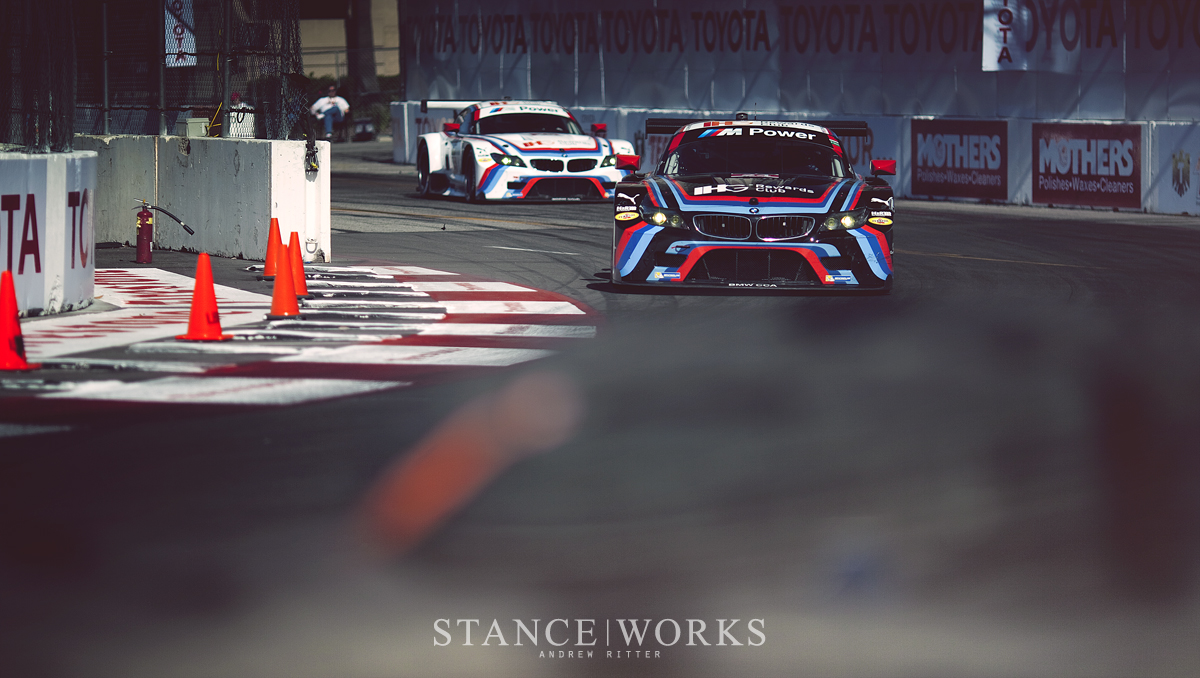 Werner forged forward in the #25 Z4, eventually closing the gap between him and Luhr. On lap 63, Werner set a new race record, and his unbelievable pace allowed him to pass his teammate and the Ferrari to take first place. With just minutes remaining, all looked promising for a double-podium for our friends clad in Motorsport colors. Unfortunately, brake issues slowed Luhr down to a diminishing pace. Once hot on the Ferrari's tail, Luhr found himself fending off the #3 Corvette, whom had climbed his way past the Porsches. Ultimately, Luhr missed the podium, but Auberlen and Werner had home-town luck on their side. 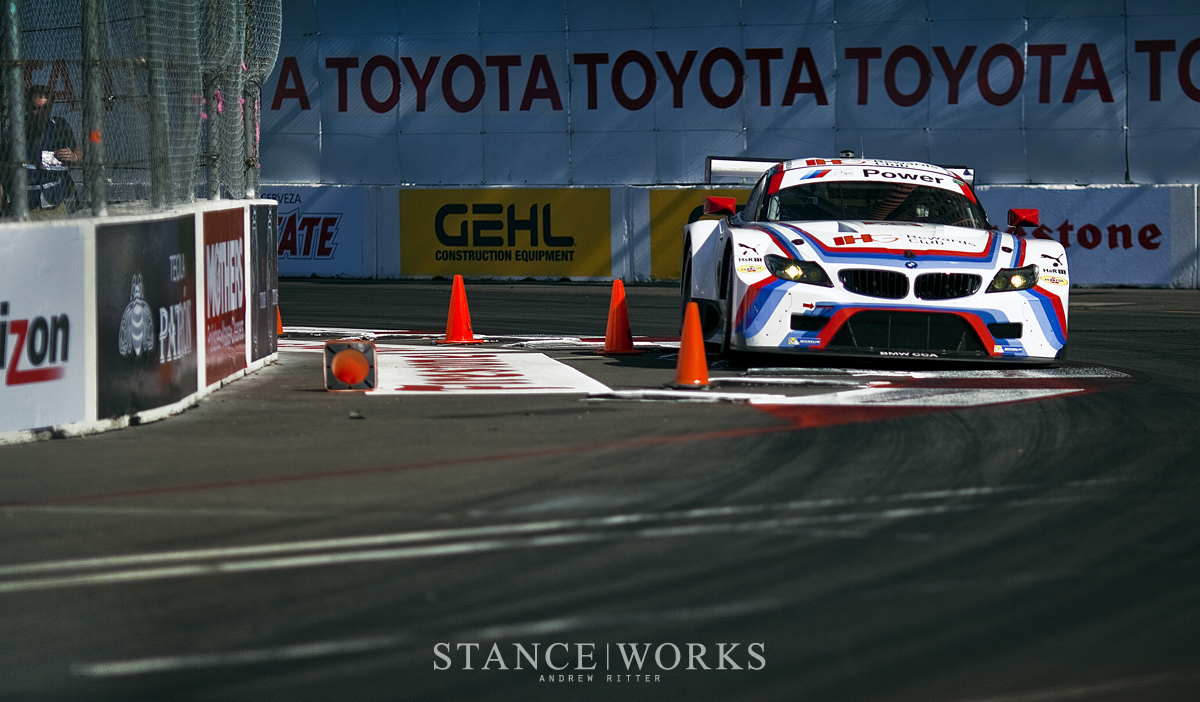 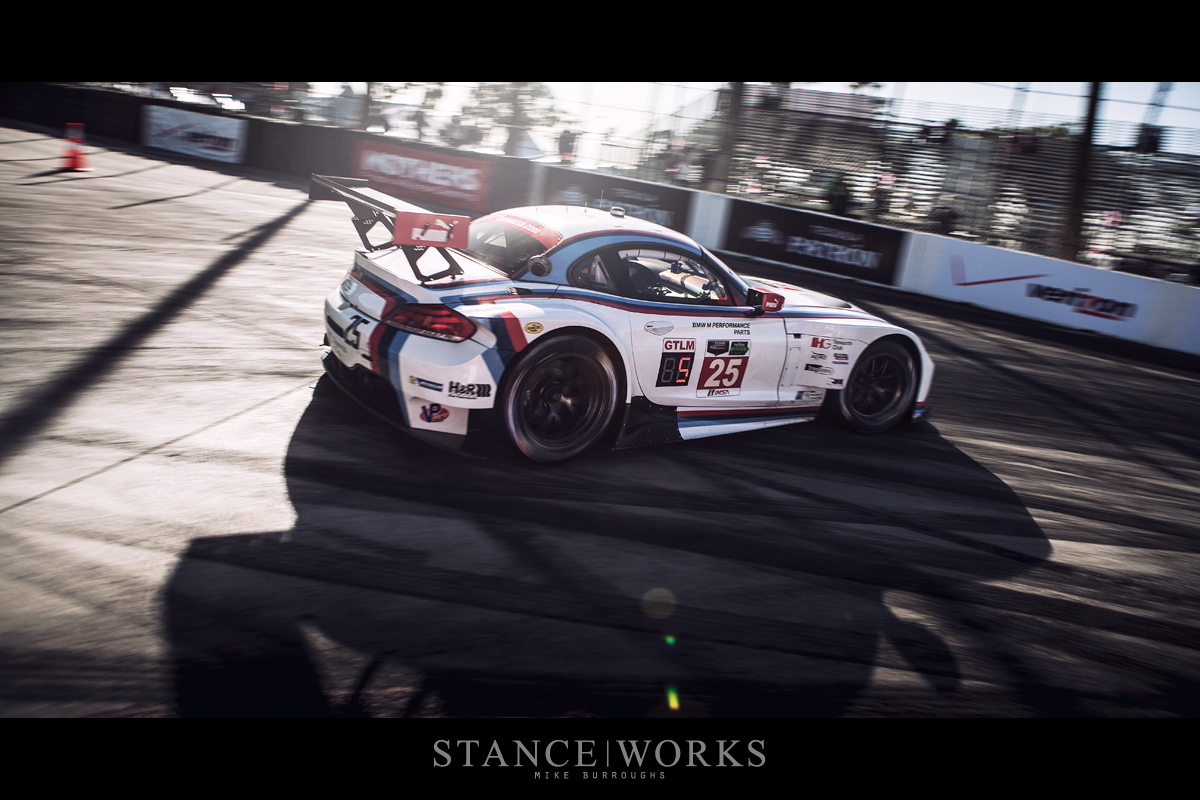 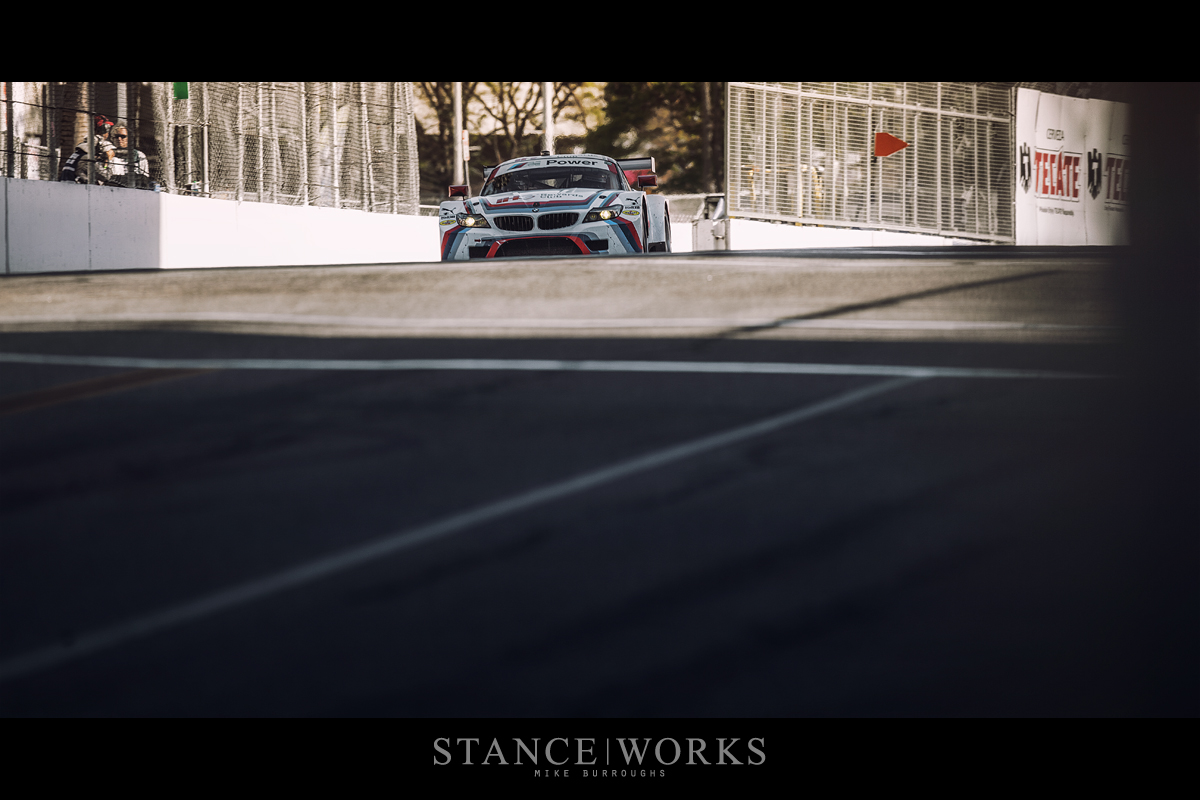 The #25 car earned a first-place finish, the team's first since the 2013 season. The first-place finish marks Auberlen's 54th victory in North America, second only to Scott Pruett, with 59, an incredible milestone of his own. The win moved BMW into second place in both the Manufacturers and drivers standings, just five points behind Corvette. The season is, obviously, still up for grabs after the first three races, but the standings make for an exciting race to come in just two weeks. Perhaps you'll see us there. 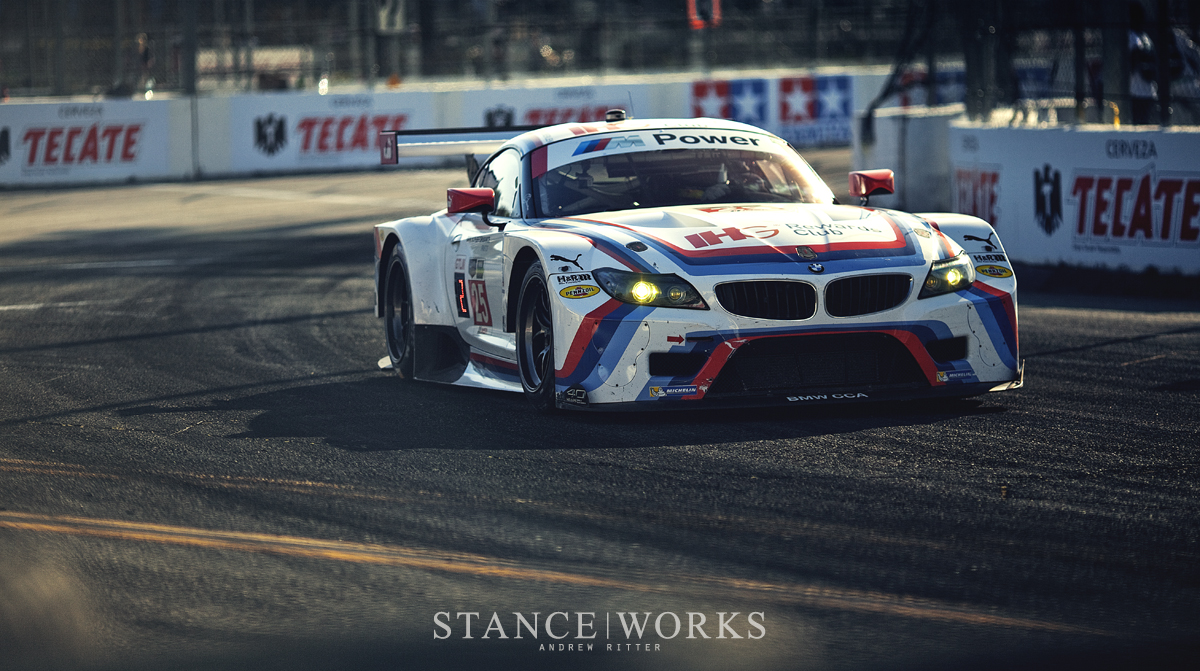 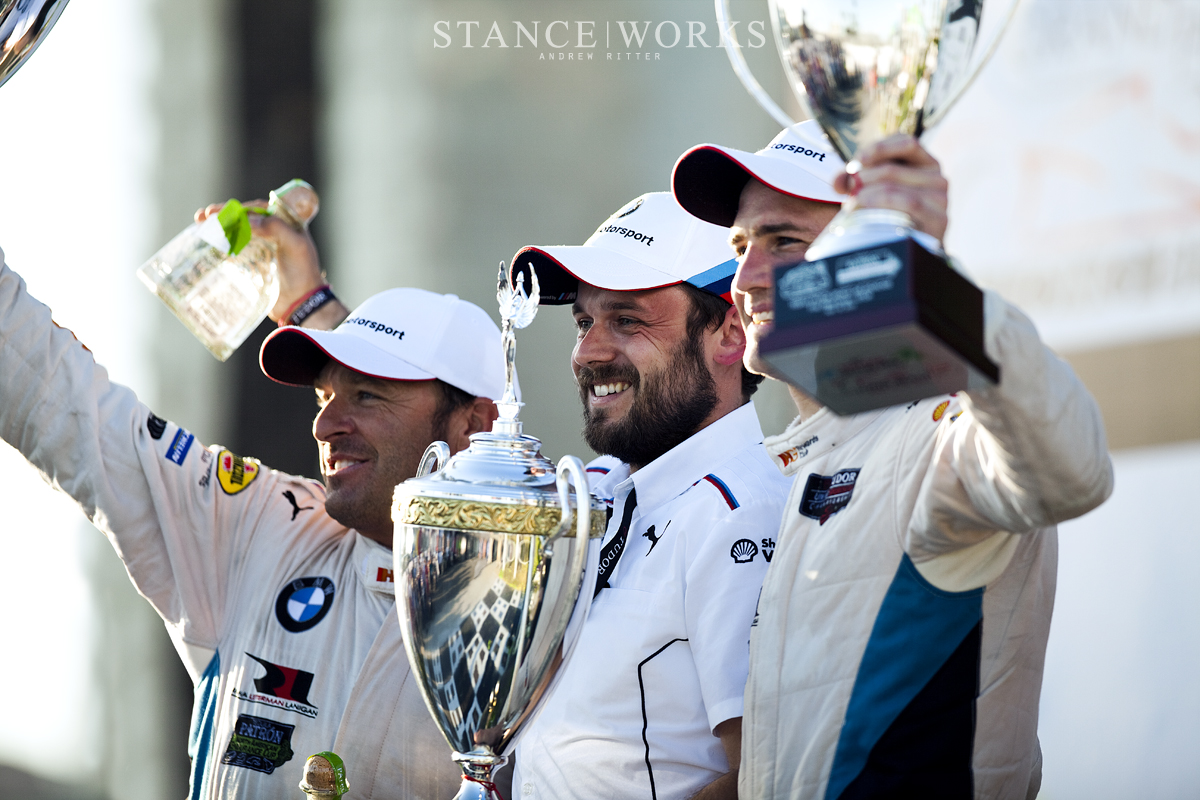