When Igor Polishchuck acquired his '87 325is, it sat as a rolling shell, primered and begging for paint. As a CAtuned shop car, Igor's original intent was to simply paint it, re-assemble it, and, with a little luck, make some money from the finished product. After selling his Henna Red E30, Igor planned on repeating the process, but in a last-minute decision to change the car's color, the snow-ball effect took over and the outcome surpassed all expectations. 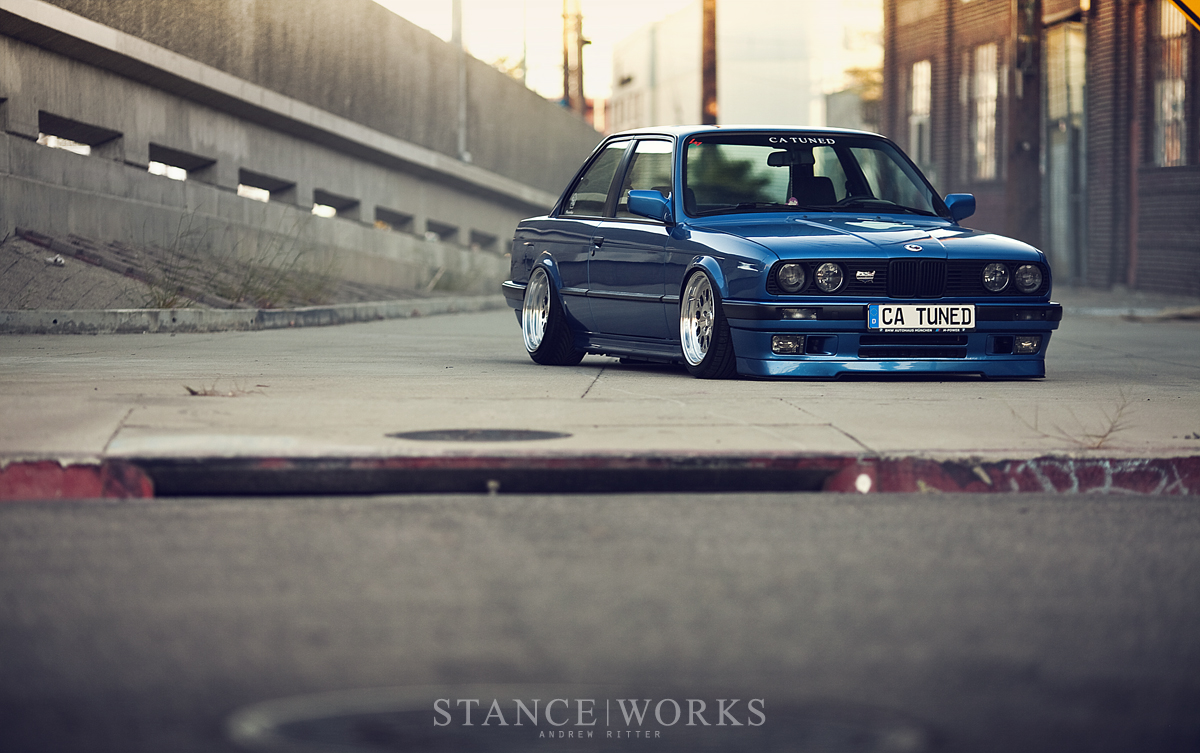 Igor and the CAtuned crew dove in head-first, disassembling the car down to the bare chassis in preparation for Igor's source of newfound inspiration. "Estoril Blue, Color-code 335," he told his painter. Everything from the windows and trim, to the engine, brake lines, and sound deadening were pulled from the car, with sights set on a perfect finish. Inside the car, both in the cabin and in the trunk, as well as under the car, were sprayed with a black protective coating, while the exterior was smoothed and readied for BMW's famous glossy metallic blue. In just four short weeks, the groundwork was laid for what could be considered Igor's best; pulled quarters, rolled fenders, and subtle nuances around the car that only E30 fanatics may notice all compliment Igor's rapidly growing project expectations. 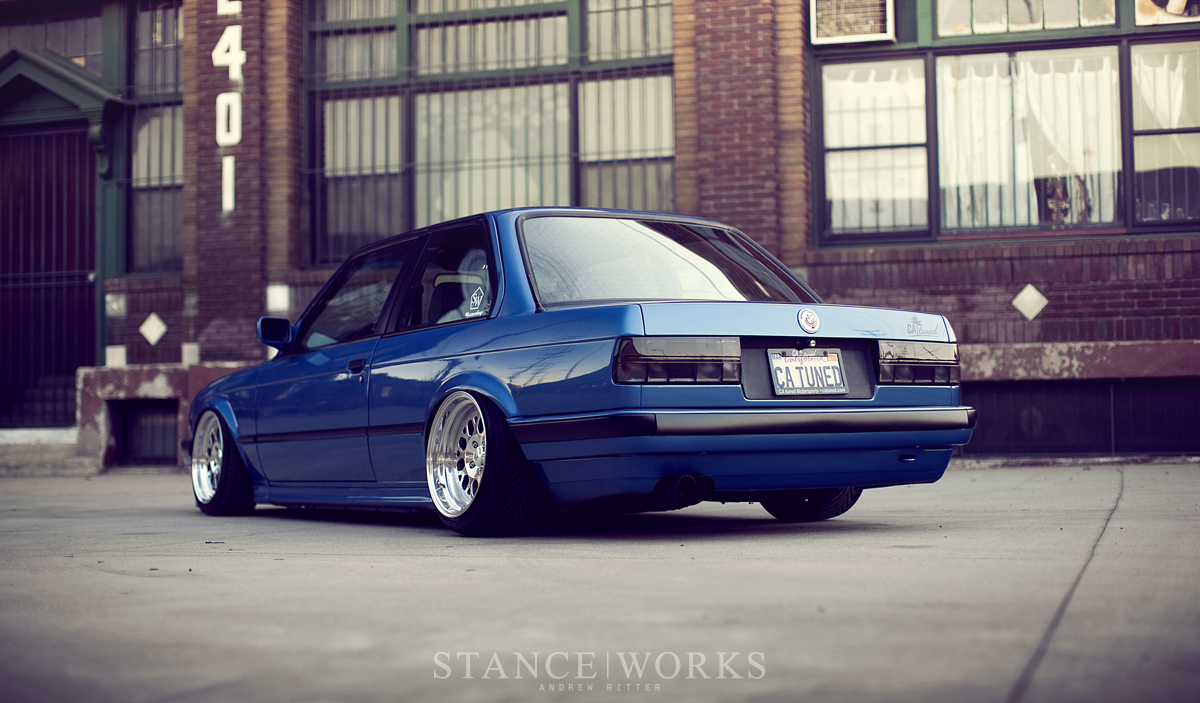 After the paintwork was completed, Igor sat down to hash out the aesthetics of the build. First on the docket was suspension, and this time around, air was a no-brainer. Sourced from Because Bags, a full Air Lift system was fitted front and rear, providing the best of both worlds between all-out style and great performance. The Air Lift struts are synced with Ireland Engineering sway bars, front and rear, to keep the 16x8 and 16x9.5 Fifteen52 2-piece Classic Formulas planted firmly on the ground. Tucked behind the front wheels are 12" rotors and 4-piston calipers produced by CAtuned as their own Wilwood big brake kit, and as an entire package, the little blue coupe leaves little to be desired.

Under the hood of the '87 325is is the familiar "baby six," BMW's M20. Fully rebuilt, the old lump now sports a ported and polished cylnder head, a port-matched intake manifol, and a Miller intake and tune for added performance. The exhaust is piped out through a custom ceramic-coated exhaust, and things are kept cool thanks to a fresh Mishimoto radiator and Ireland Engineering cooling hoses. Many of the factory aluminum bits were powdercoated with a wrinkle-blue finish, but what sets the engine bay apart most of all is the custom-machined valve cover, sporting CAtuned's logo front-and-center. 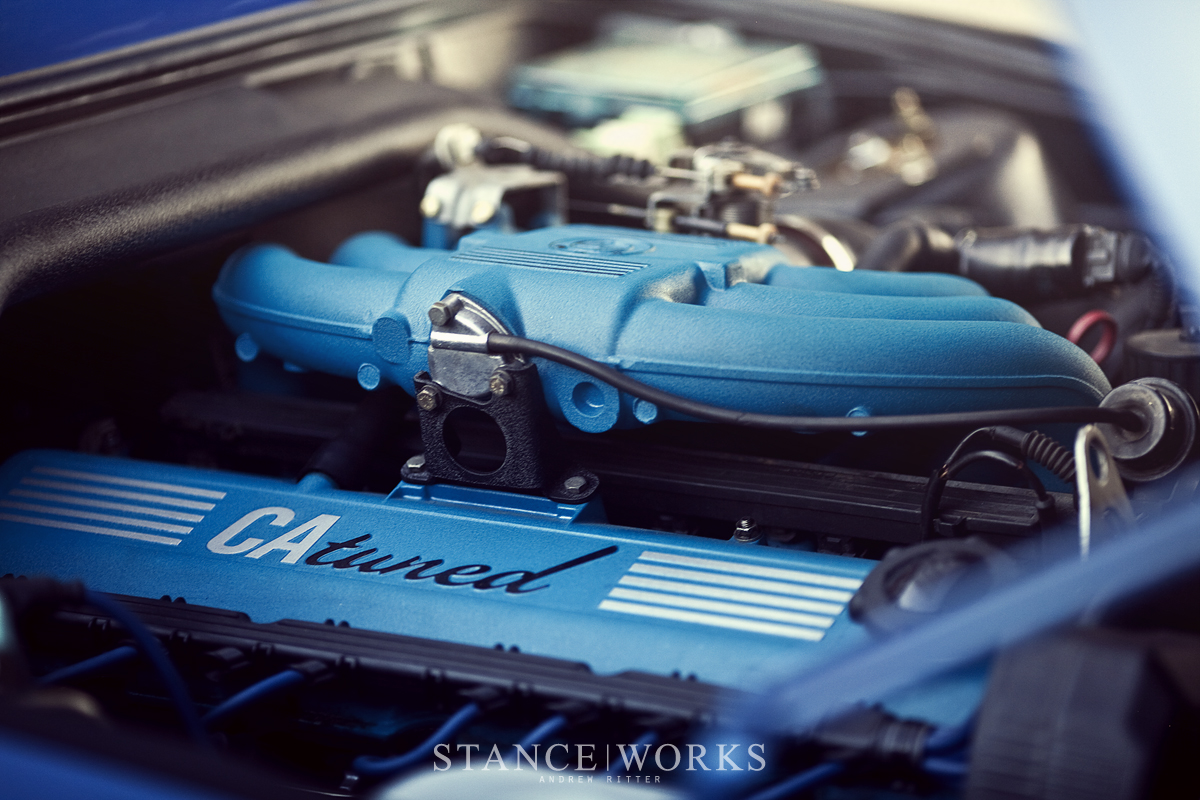 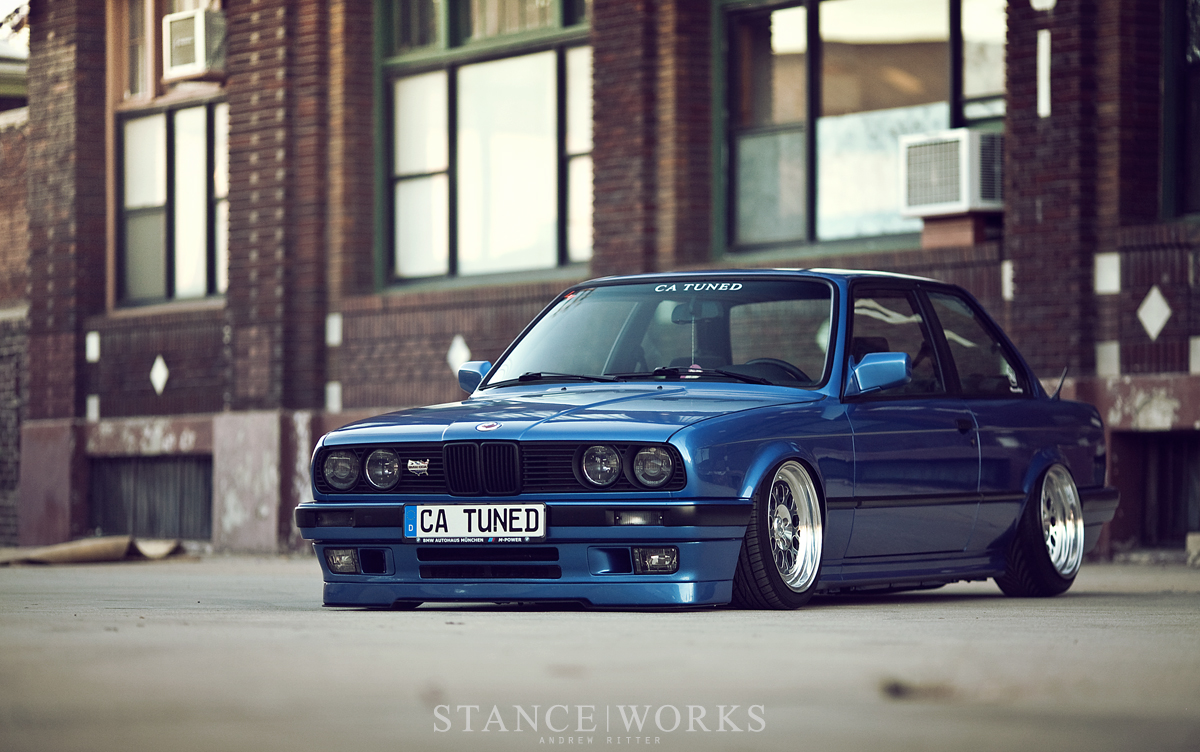 To compliment the cool-toned blue of the fresh bodywork, CAtuned retrofitted late-model plastic bumpers to update the look of the car.  To keep the style clean and simple, Igor chose to focus on the details: rare LTW tail lights and smoked smileys were both imported from Germany, as were euro grilles to complete the front and rear ends of the E30. An "IS" package front lip and skirts push light out from under the car, and custom vintage-motorsport inspired roundels were sourced and paired with Mtechnic door handles, rouding out the finishing work to the exterior for a simply breathtaking coupe. 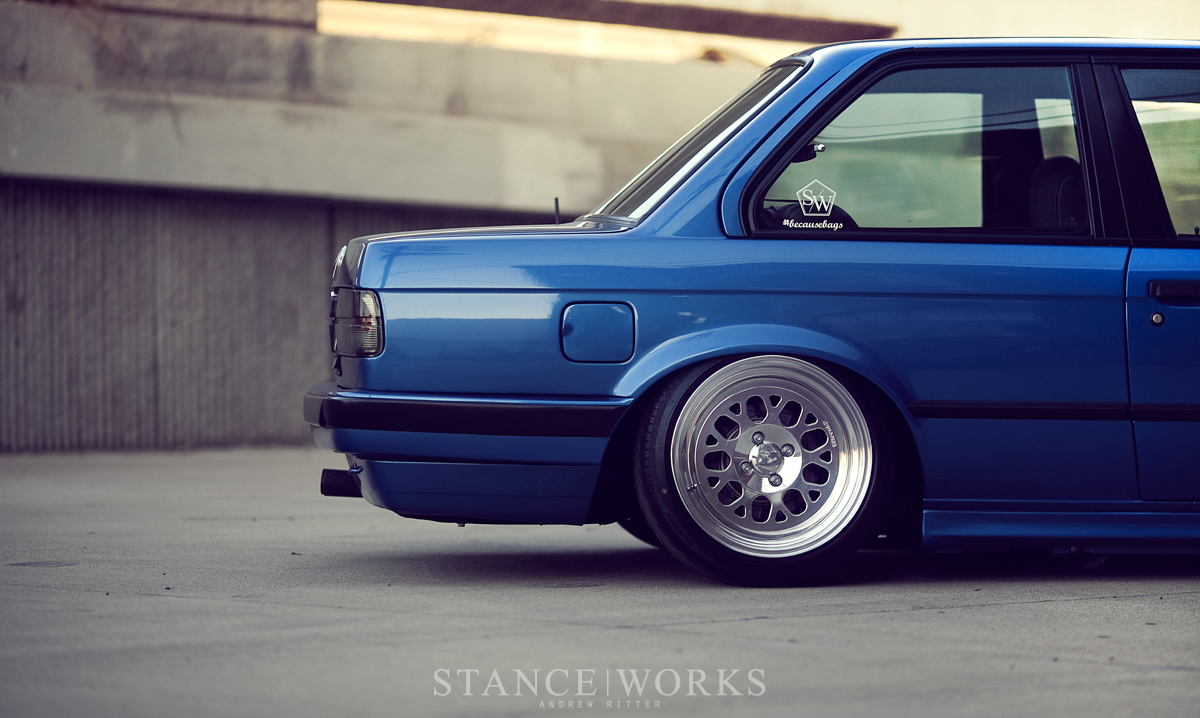 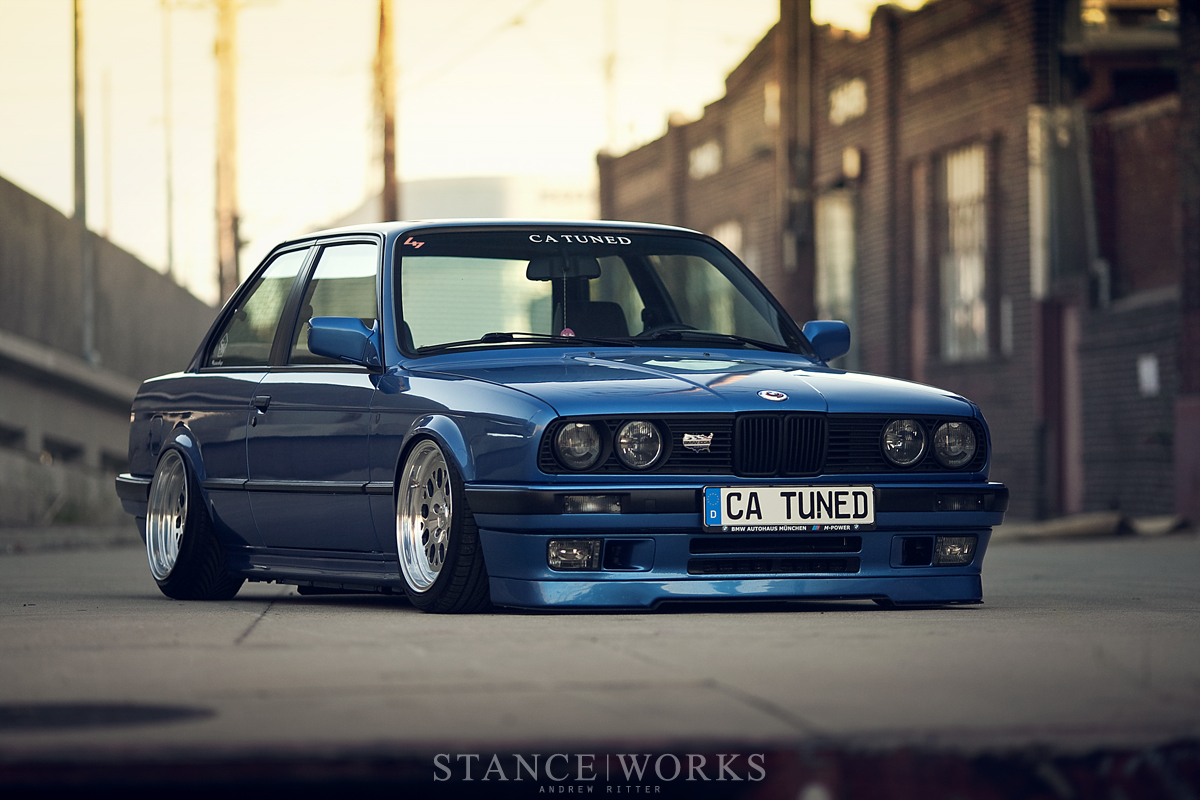 It should be clear that no corners were cut and no dollar was spared, including the interior. With build photos showing dozens of boxes stacked upon dozens of others, each with fresh parts directly from BMW, no plastic clip was left broken. As one of the main features of the car, a full M-technic interior was imported from the UK after Igor fell in love with photos he had found online. But where many would call the full interior swap "good enough," Igor went the extra mile to recover the floorpan with a brand new black carpet. Overhead, the headliner received the same treatment, redone in fresh black fabric. Subtleties such as a Euro map mirror and interior clock leave no room for questioning the authenticity and thoroughness of CAtuned's efforts in creating a world-class E30. 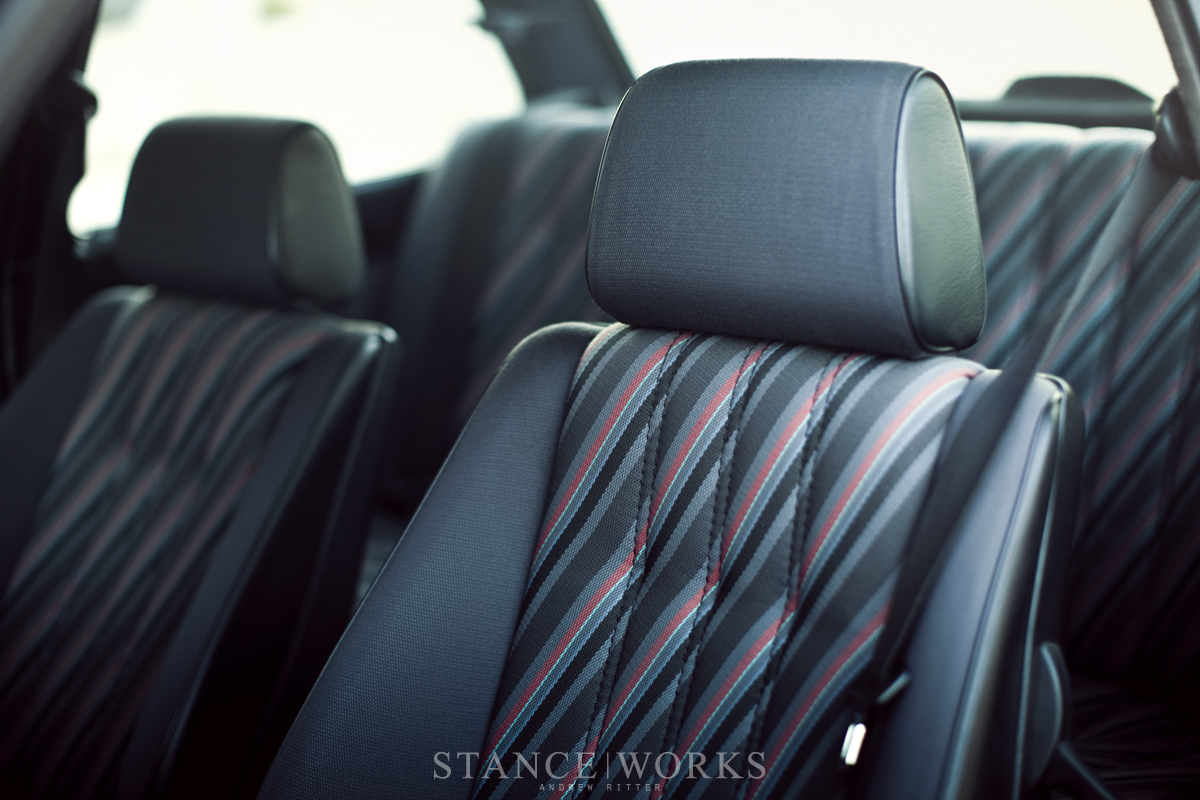 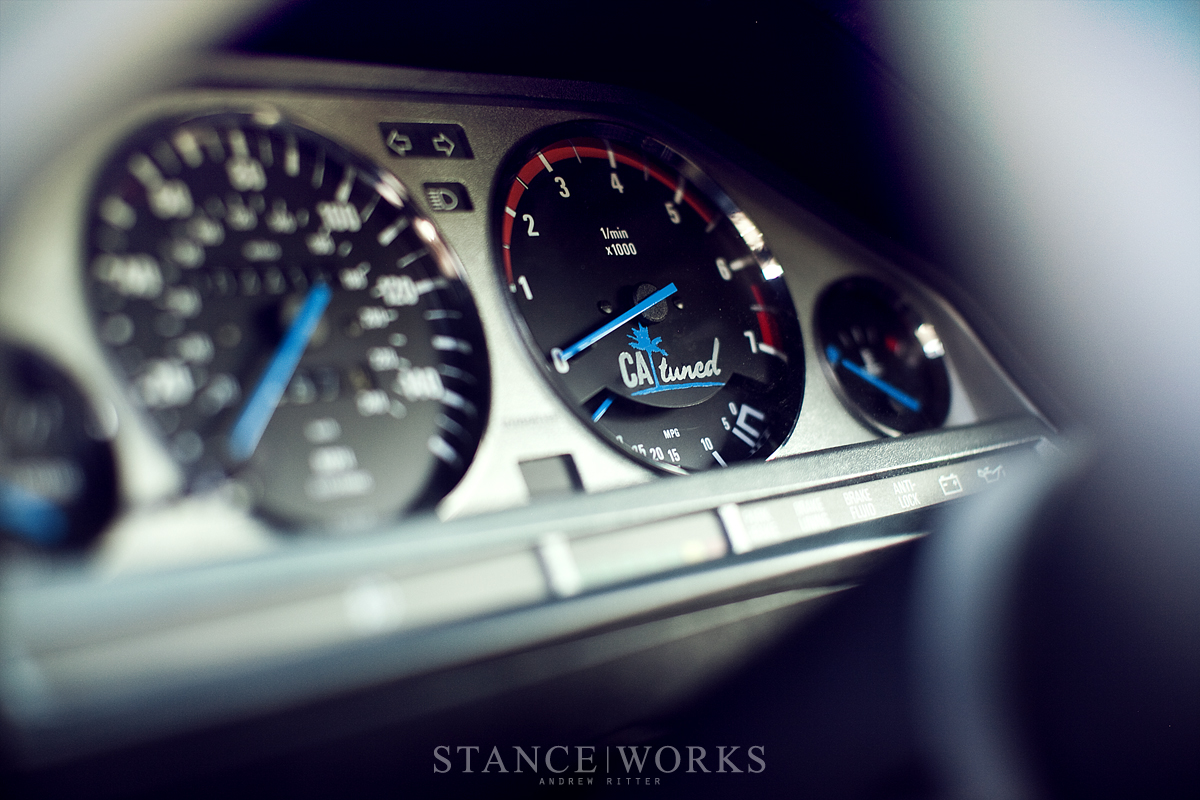 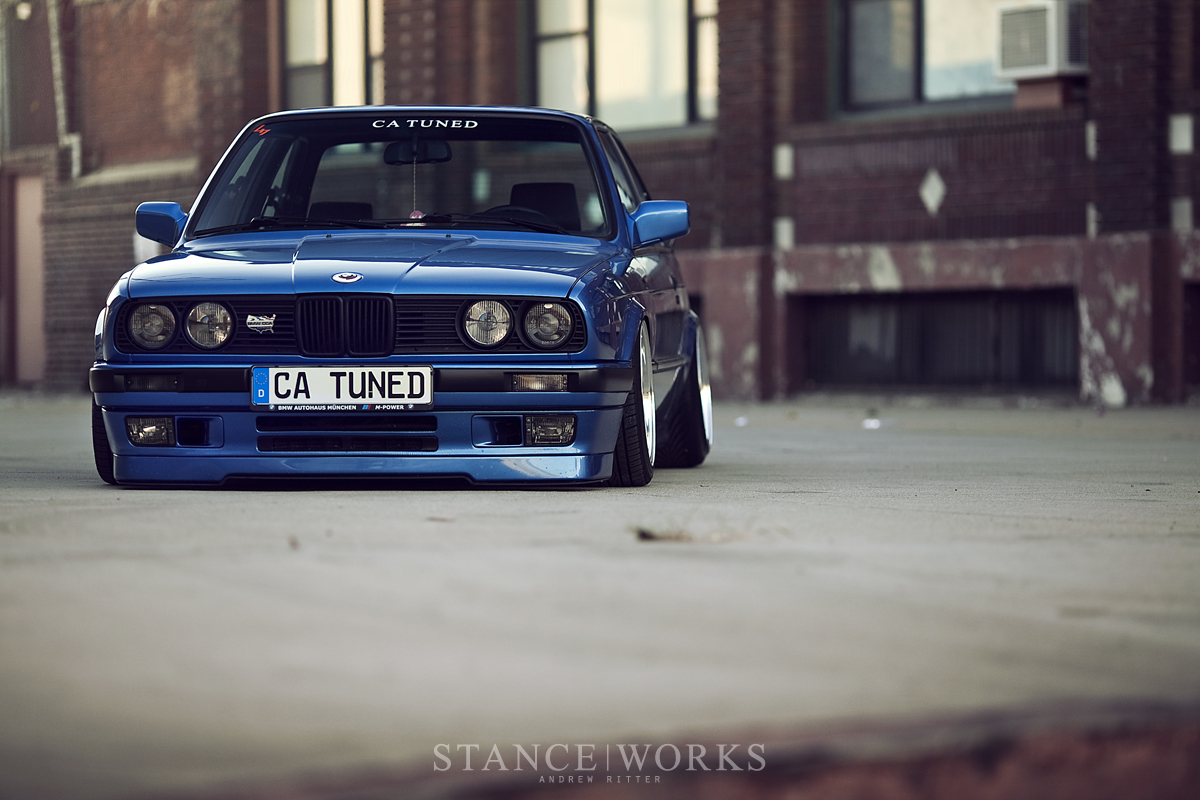 The sum of this E30's parts create a car that is the epitome of quality work and time well spent. In contrast to the status quo of the rapidly expanding automotive world, it's phenomenal to see a build which addresses literally every aspect of what makes a car unique, special, and most of all, complete. Igor has set his bar high - we'll have to wait for him to outdo himself once again. 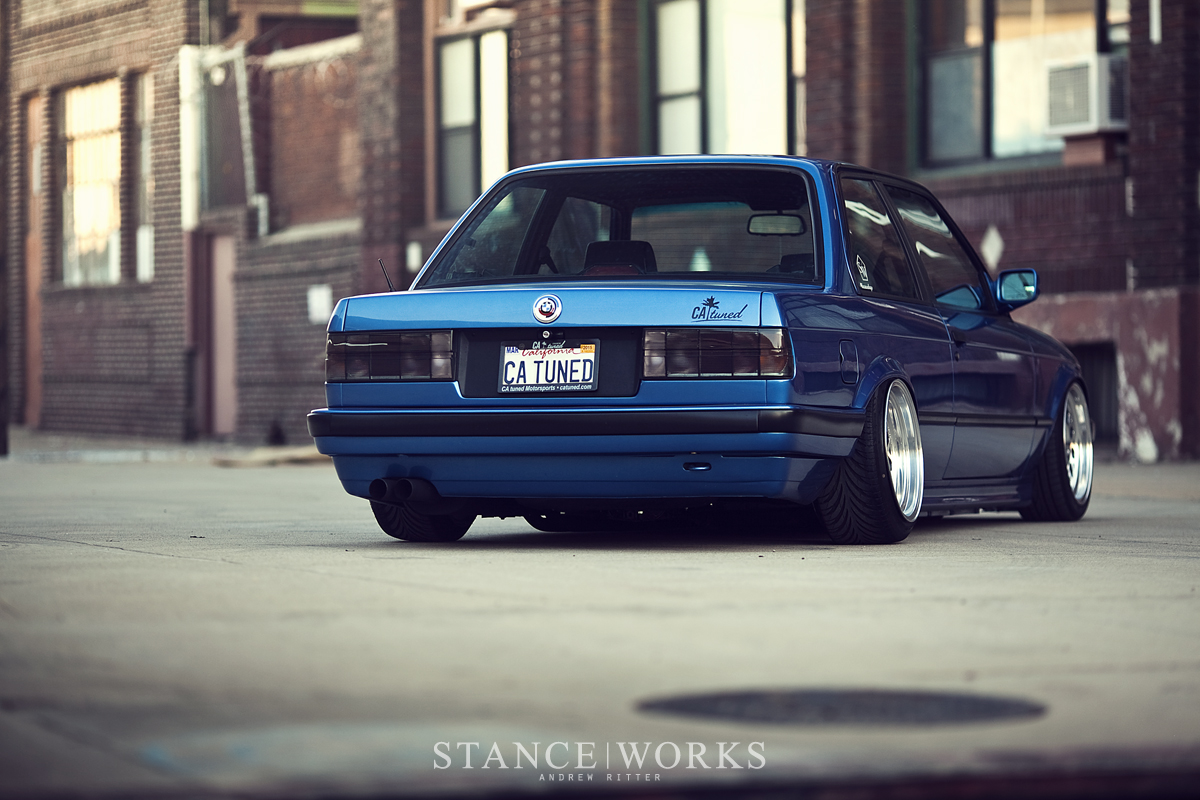