One of Five – The Ferrari 288 GTO Evoluzione

One of Five – The Ferrari 288 GTO Evoluzione

I've held the Ferrari F40 in higher regard than nearly any other car for as long as I can remember, and with good reason. I know I'm not the only one. There's something special about it: it's one of the few cars that carries a true spirit. Its lines, its power, its essence; they all come together to form a car that stands beyond supercars, beyond legends. It stands in a sense of godliness in its own way, derived from the hands of the masterminds at Ferrari and Pininfarina. However, the F40 wasn't born from the scratchings on a blank page - instead, it is a direct successor; a car bred from the genes of something inconceivably more visceral, wild, and rare. It was born from the 288 GTO Evoluzione. 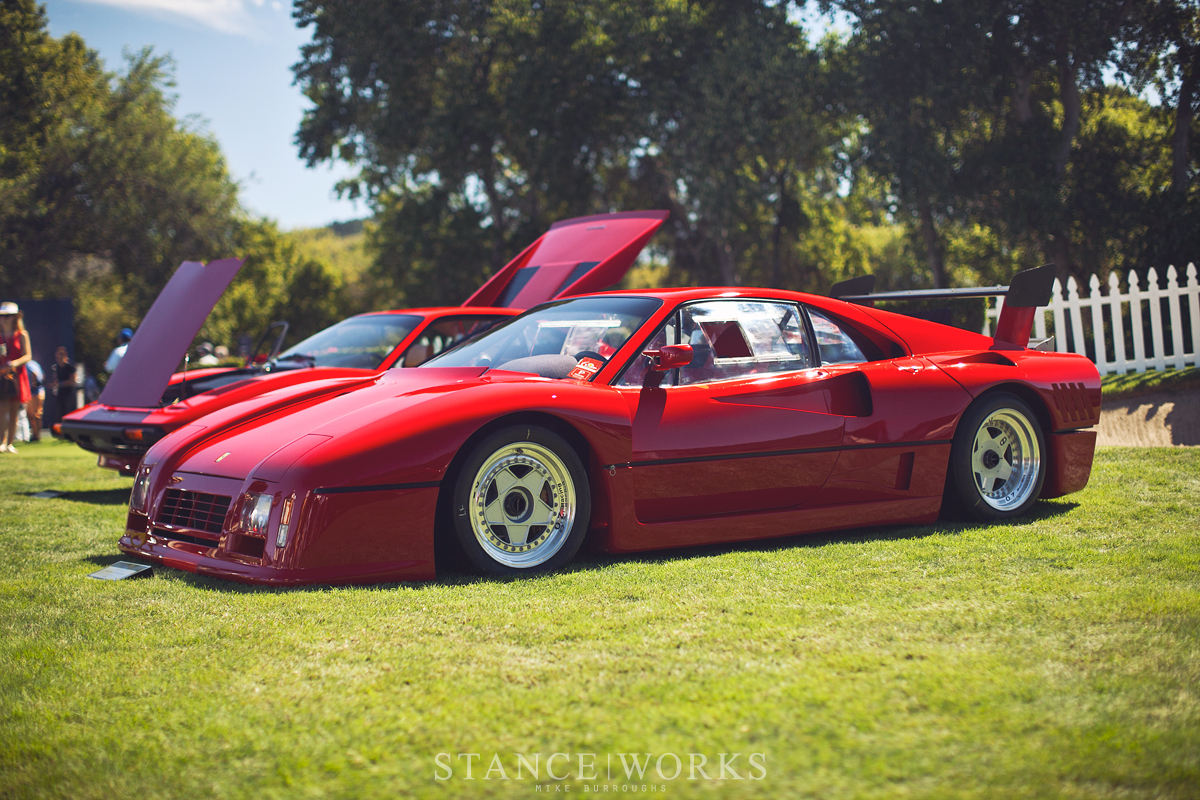 It's important to rewind further, past the Evo's predecessor, the 288 GTO, all the way back to the Ferrari 308. In 1975, Ferrari replaced the Dino 246 with the 308 GTB, an entry-level Ferrari to round-out the bottom end of their model range. Fitted with a carbureted 2.9L V8 that produced 255 horsepower in european trim. The pininfarina-penned design is still heralded as one of the most iconic designs Ferrari put into production, and with more than 12,000 308s built, they can be had for around $30,000 today. The history of the 308 is a lengthy yet interesting one, intertwined with many notable bits quite worthy of their own article; however, that's not why we're here today. What's most important at the moment is how the 308 began to evolve. 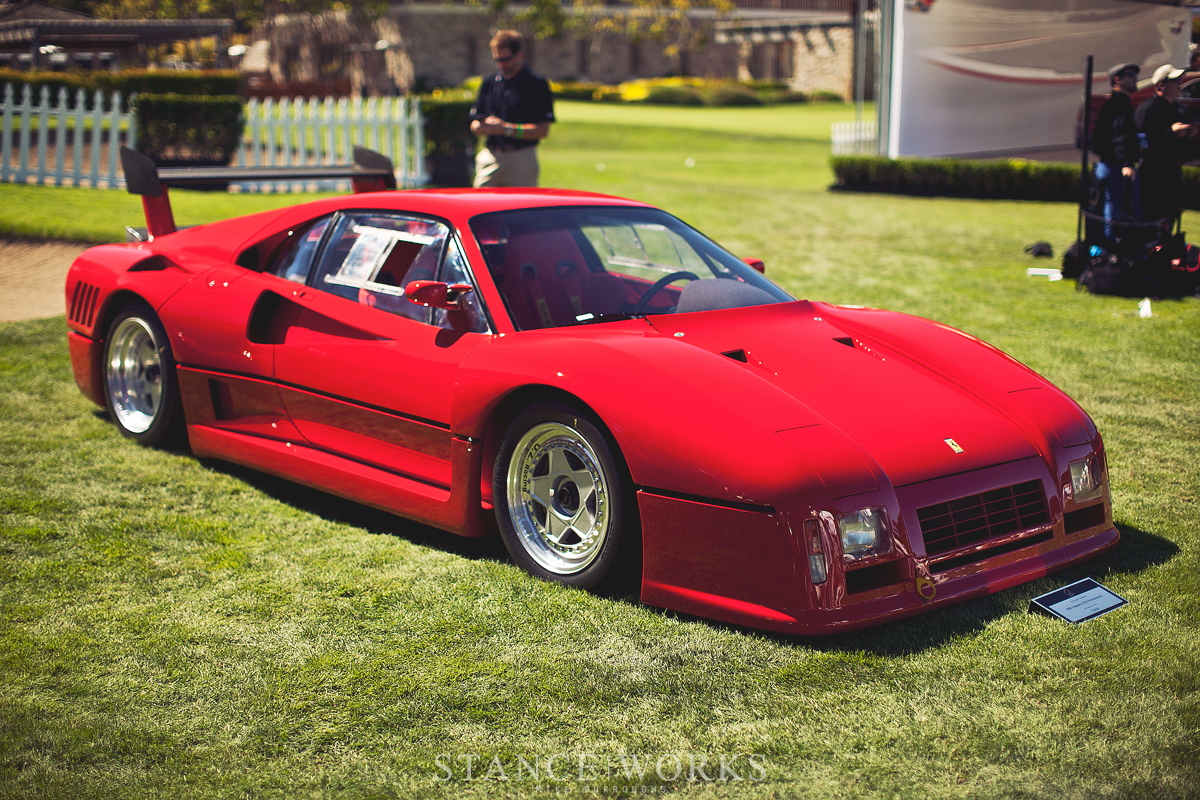 In 1984, it was decided by the big wigs at Ferrari that they would compete in Group B racing. Such a decision saw the need for an equally fitting car, and thus, the 288 GTO was conceived. The 288 GTO, or Gran Turismo Omologato, was based directly off the 308 GTB, yet much of the car was radically changed. The styling of the car remained reminiscent of the 308, featuring many similar bodylines with hints of aggression and racing heritage intertwined. To the untrained eye, in many ways the two could be mistaken. Construction materials differed to shave weight for the 288; fiberglass, kevlar, carbon, and aluminum were all utilized, but it was under the skin where serious changes became obvious. 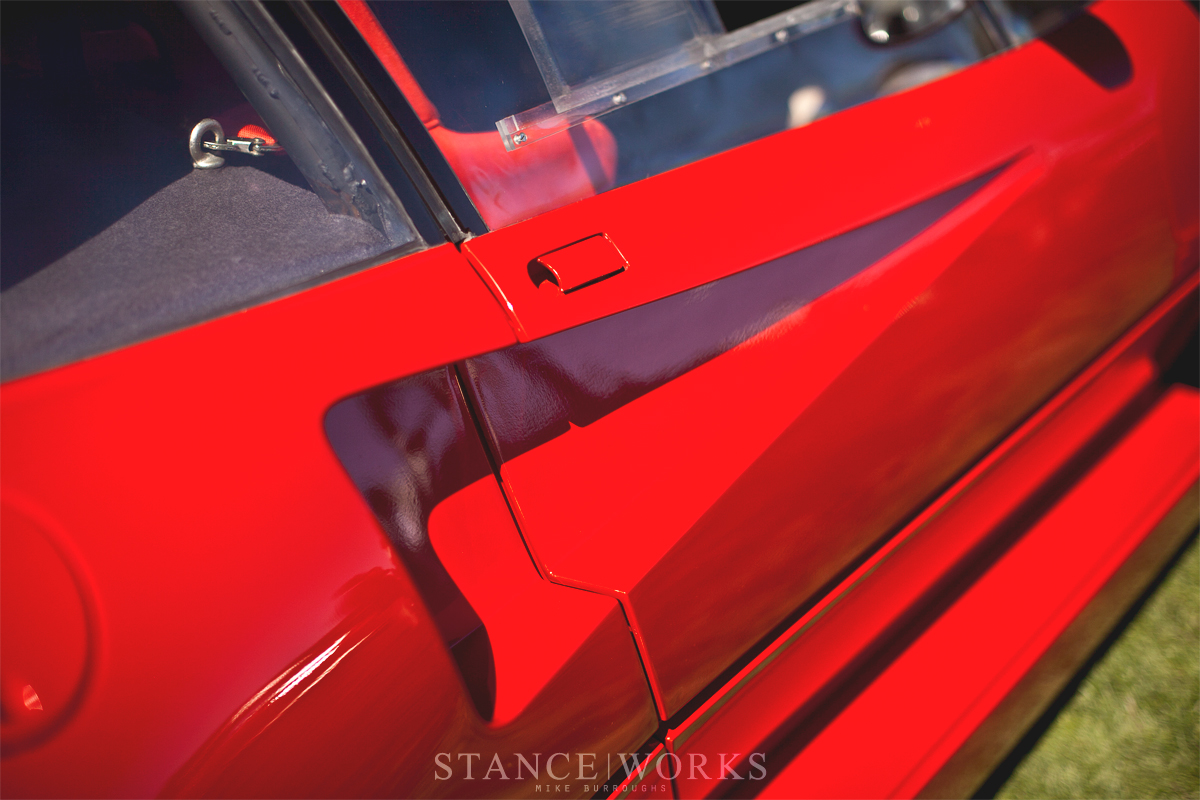 The transverse-mounted 2.9L V8 from the 308 was re-worked; de-bored by 1mm, the engine's displacement dropped to 2,855 cubic-centimeters, earning the car a fitting "288" denomination. FIA regulations stated that turbocharged engine displacement figures must be multiplied by a figure of 1.4, pushing the 288's displacement up to 3,997CCs, nudging in just barely under the 4.0-liter cap of the rulebook. A pair of intercooled IHI turbochargers and Weber-Marelli fuel injection pushed the power figures through the roof: 400 horsepower and 366 pound-feet of torque were pumped through a racing transmission and differential mounted to the rear of the engine. This time around, the V8 was mounted longitudinally, front-to-back. 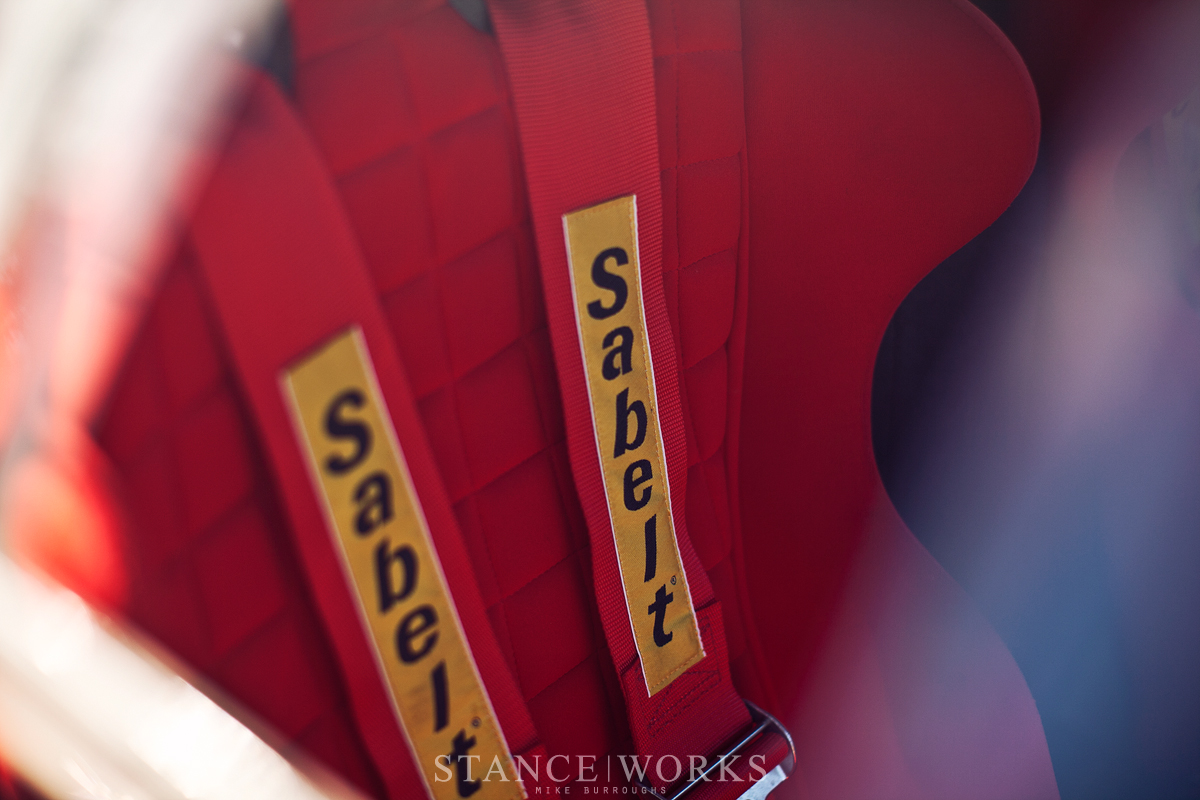 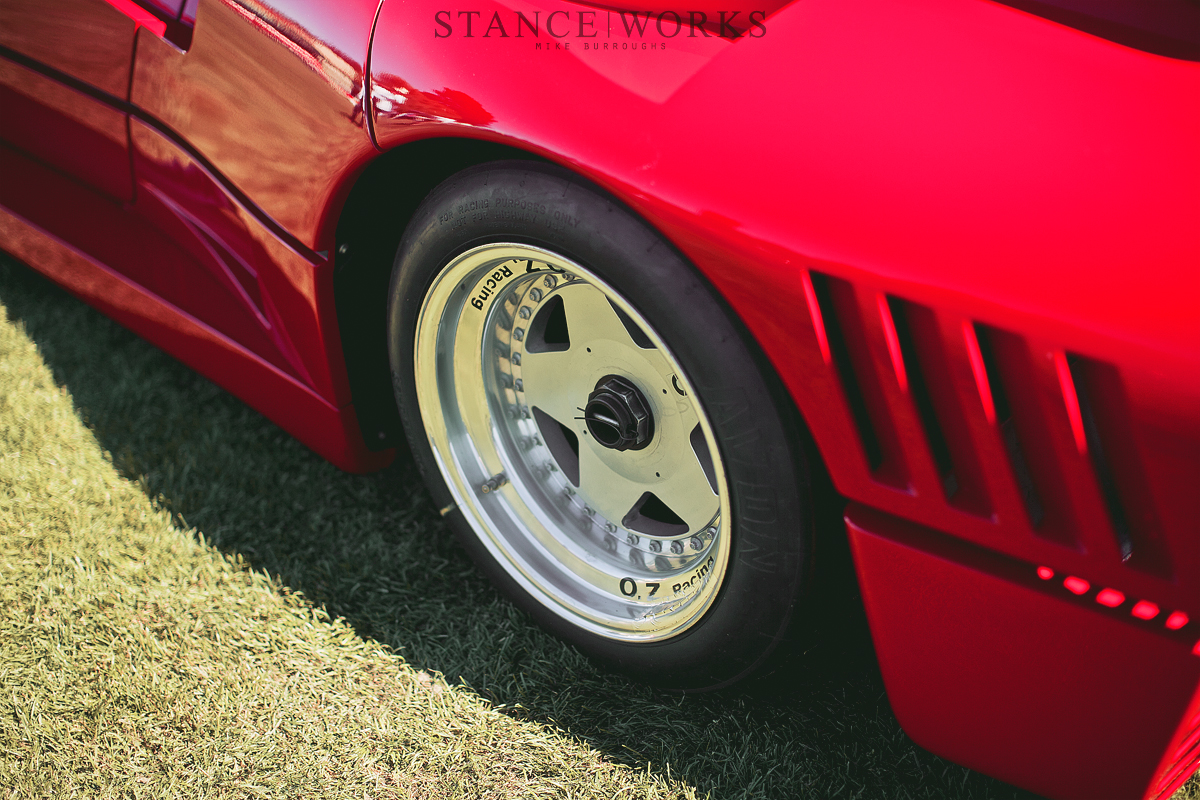 As the "Omologato" in the GTO's name suggests, the car was built as a homologation special. The Group B rules Ferrari aimed to meet stated that at least 200 road-going cars must be built in order for the 288 GTO to be raced competitively. 272 were built, however, Ferrari's timing was poor. The 1986 death of Henri Tiovonen  and Sergio Cresto, is widely considered the final nail in the coffin for Group B Rally. All 272 GTOs were relegated to road duty; none were ever raced. 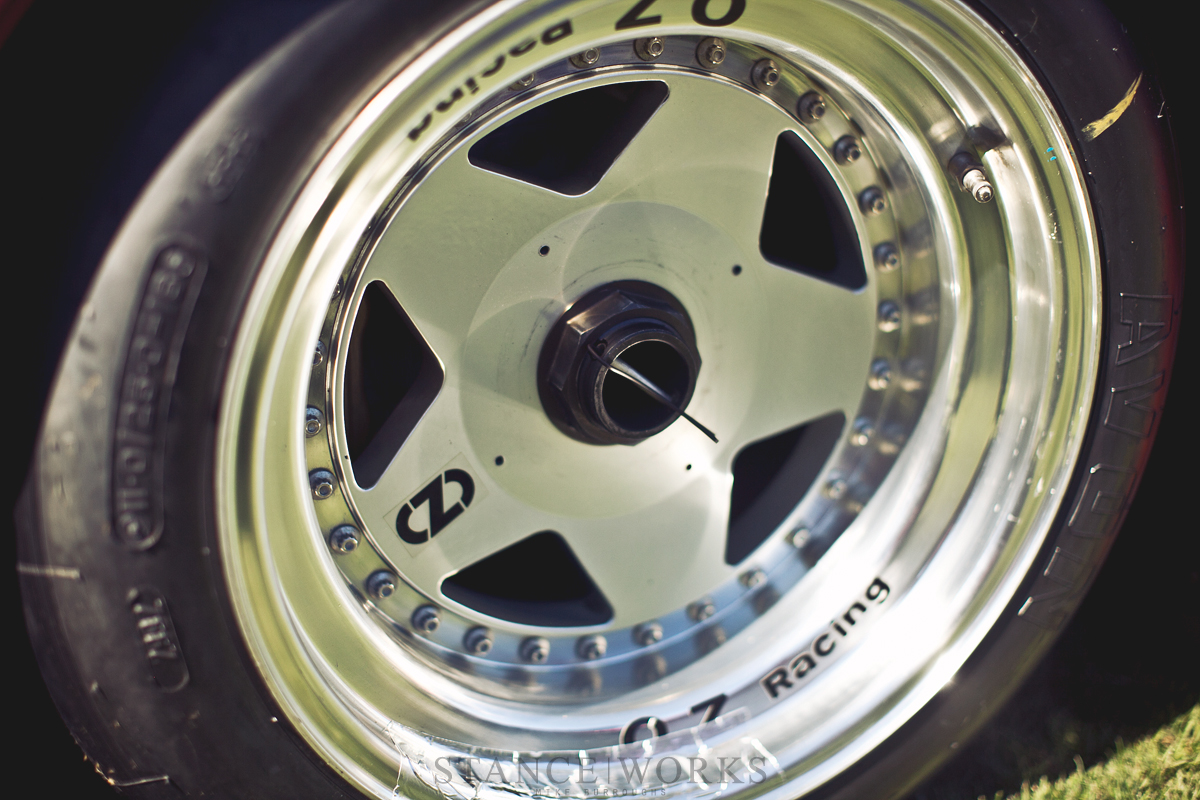 The story straddles between better and worse yet, as Ferrari's plans for Group B domination didn't stop with the 288 GTO. With the intent to win, Ferrari crafted the 288 GTO Evoluzione, a car that took its predecessor and blew it out of the water. It was Ferrari's haymaker, their hail mary. The 288 GTO Evoluzione was a 650 horsepower Group B monster that, for better or worse, never saw the light of day. Under Group B regulations, 20 were to be built, but the unexpected ending to the series meant that Ferrari would never get the chance to shut down Porsche's 959 and others. Instead, only five were built, never to be raced. Six if you include the prototype. 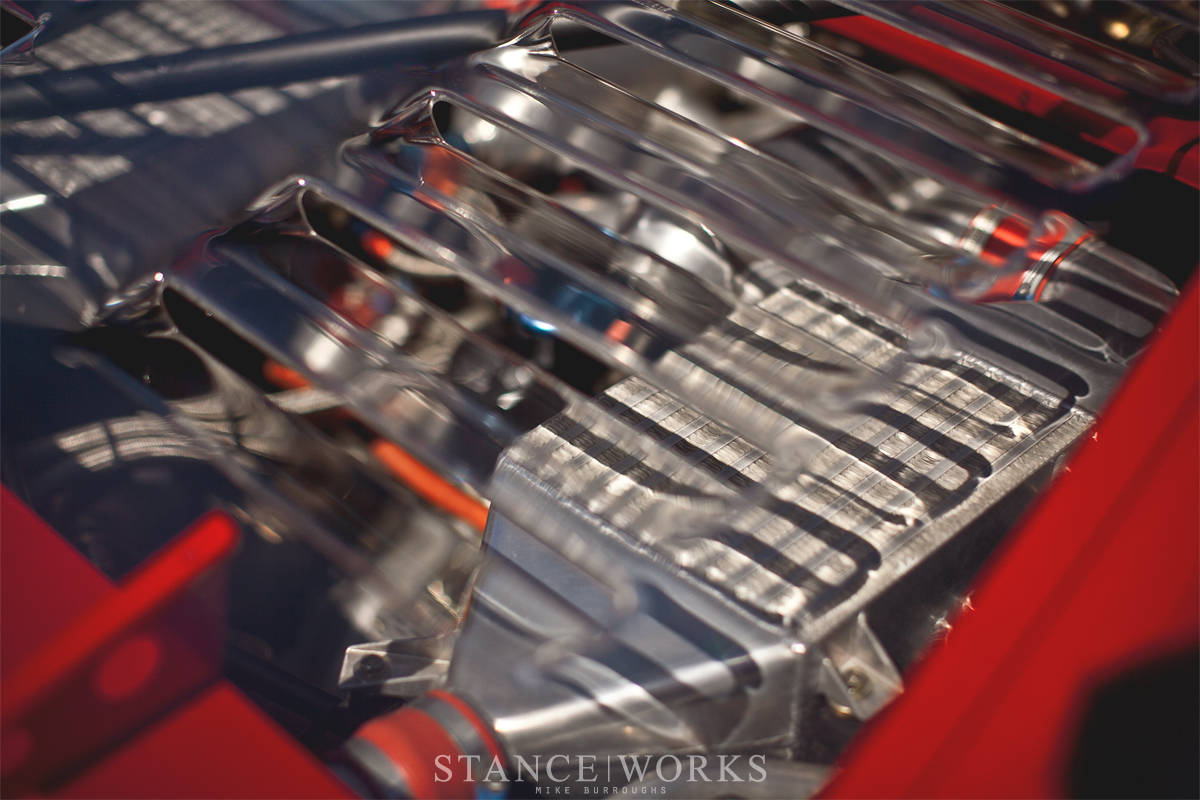 The history of the car itself is foggy at best, with no official mention in much of Ferrari's history. However, one thing is certain: the 288 GTO Evoluzione makes the F40 successor look watered-down in every way. Construction of the GTO Evo was refined, dropping the curb weight down to an astonishingly light 2,072 pounds. This was achieved through a tubular steel frame, aluminum floor, and a carbon body. The twin-turbo V8 was directly derived from the 288 GTO's 2,855CC engine, but reworked for more than a 50% increase in power. 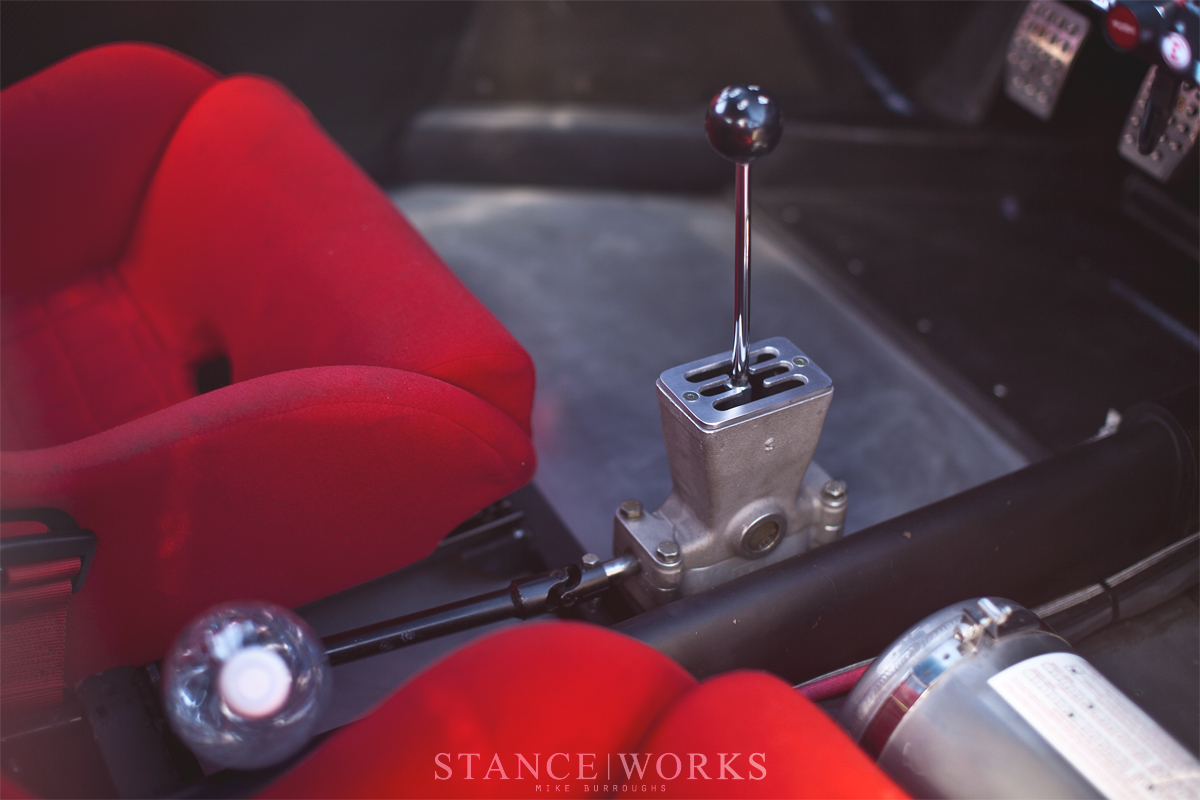 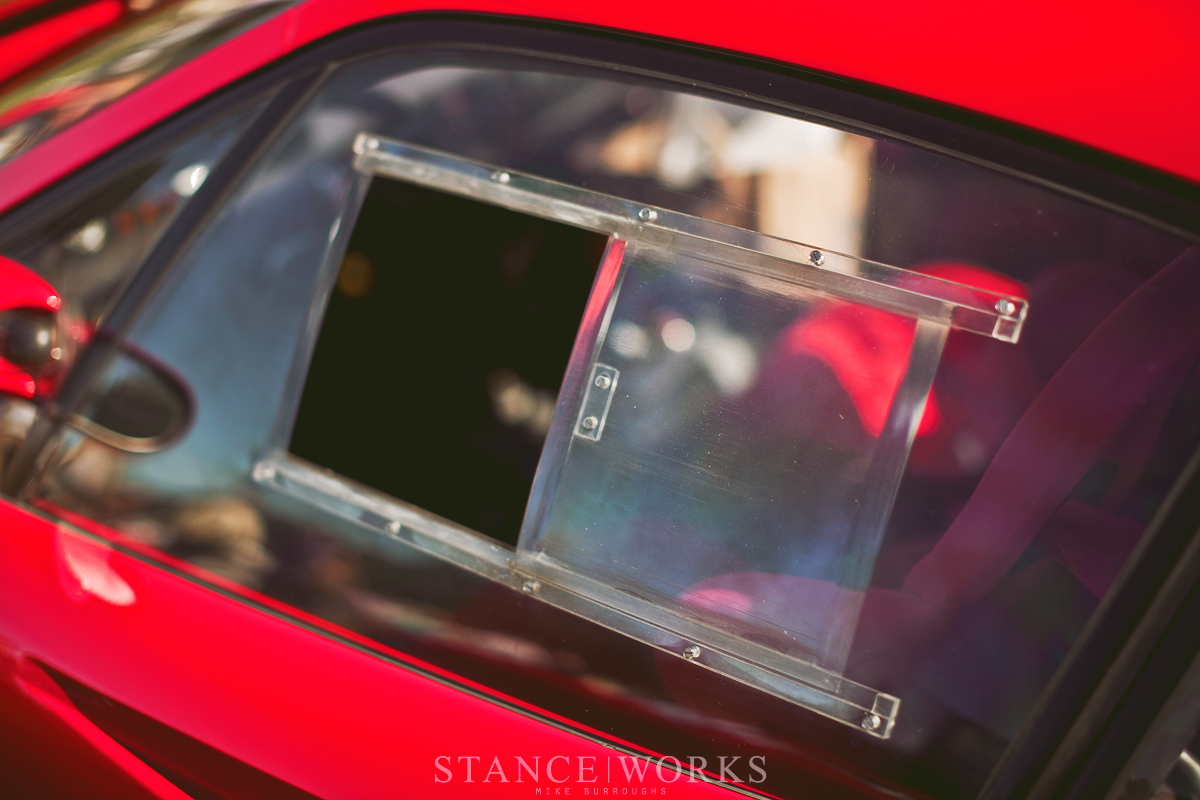 Inside the car, only the essentials are present. 3 simple primary gauges read out the information required to the driver: temerature, manifold pressure, and engine revs. A speedometer is nowhere to be found. A gated shifter stands tall off the floor, and a flocked dash is cluttered in switches. An open fuse and relay panel is displayed where wood or aluminum trim is found on any other automobile. Under the unique snubbed nose of the car is equally sparse; only the brake cylinders and the battery are housed in the surprisingly large cavity. 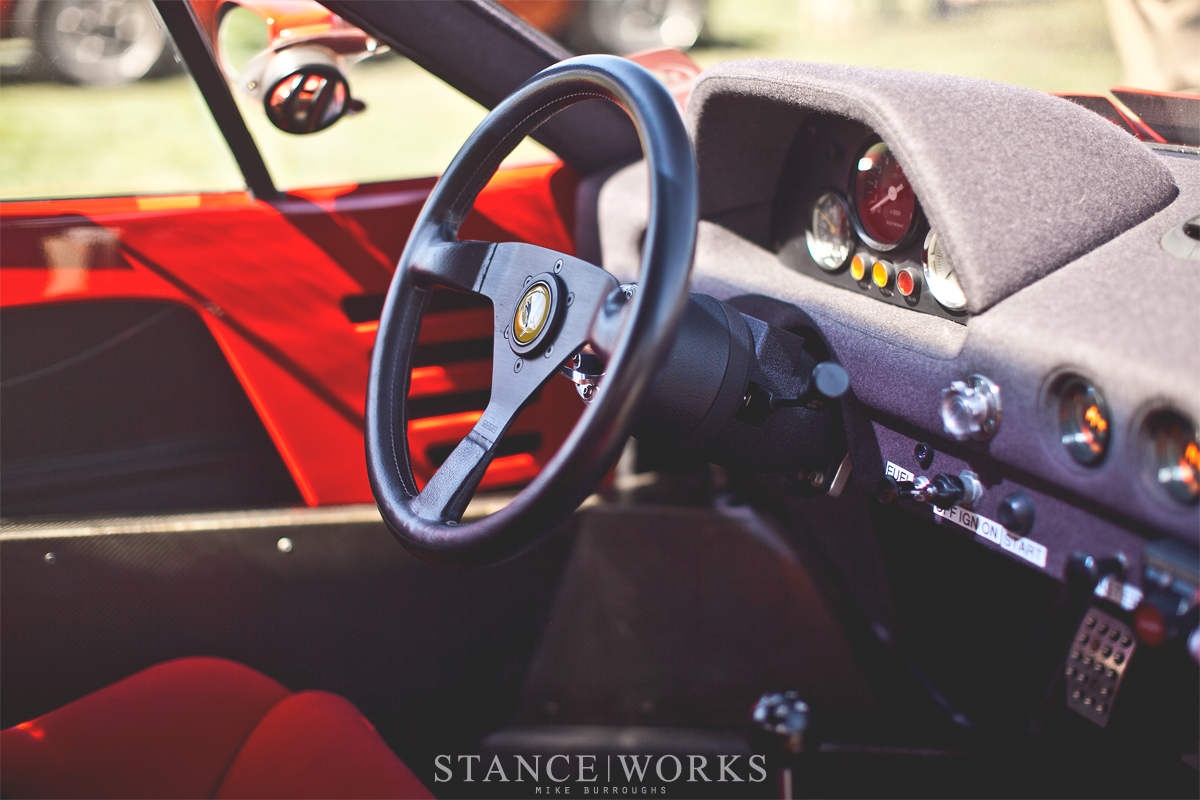 The styling of the 288 GTO Evoluzione is strictly utilitarian, built to be far more aerodynamic than its road-based counterparts. An aggressive spoiler, a stubby and sleek nose panel, more NACA ducts than I can count with my fingers, and a tail end that seems more akin to delicatessen equipment than it does to racecar aero, all make for a very memorable and one-of-a-kind car. Its slippery skin and obnoxious power gave it the power to achieve speeds of 225 miles-per-hour. 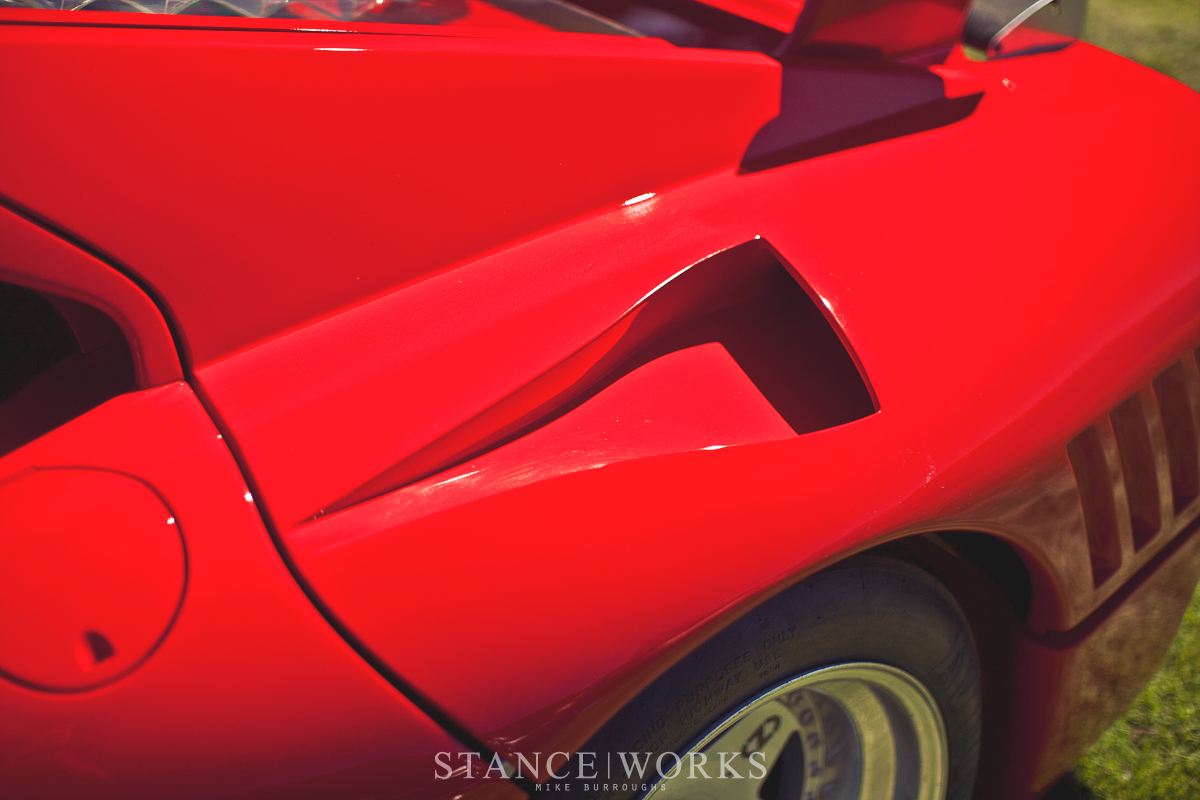 While the 288 GTO Evo never saw the checkered flag, it did have one saving grace: it is responsible for the legend of the Ferrari F40 - the last car personally approved by Enzo Ferrari himself. From driveline to design, its obvious as to where the F40's genes were born. When the F40 was built, it was the fastest, most powerful, and most expensive Ferrari the public had ever seen. However, behind closed doors, its higher-strung, lighter-weight predecessor over-shadows it. Owners of these higher-strung, lighter machines all agree - the 288 GTO Evoluzione hits harder, barks louder, drives faster, and corners better than the greatest car of all time. 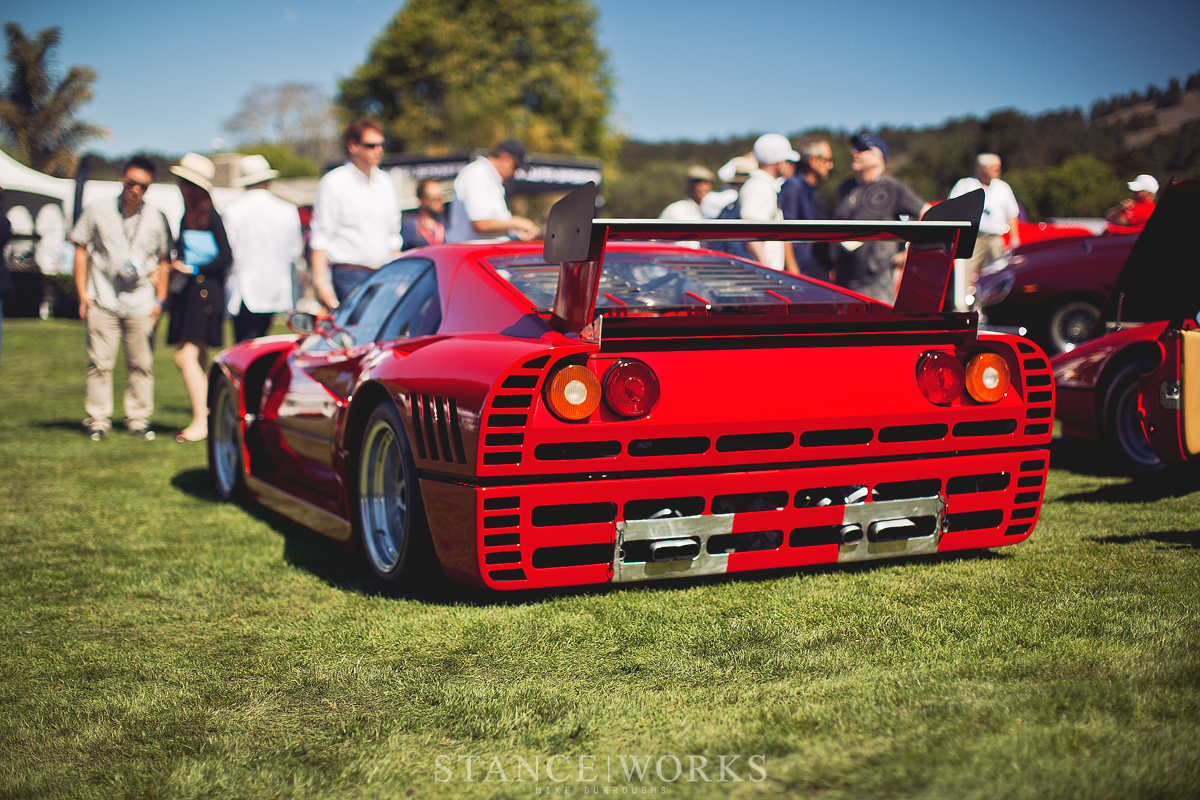 All five 288 GTO Evos are still in existence today, with only four in the hands of the public, sold off at the end of the 1980s. This particular one we were lucky enough to spot at the Quail Motorsports Gathering at Pebble Beach.