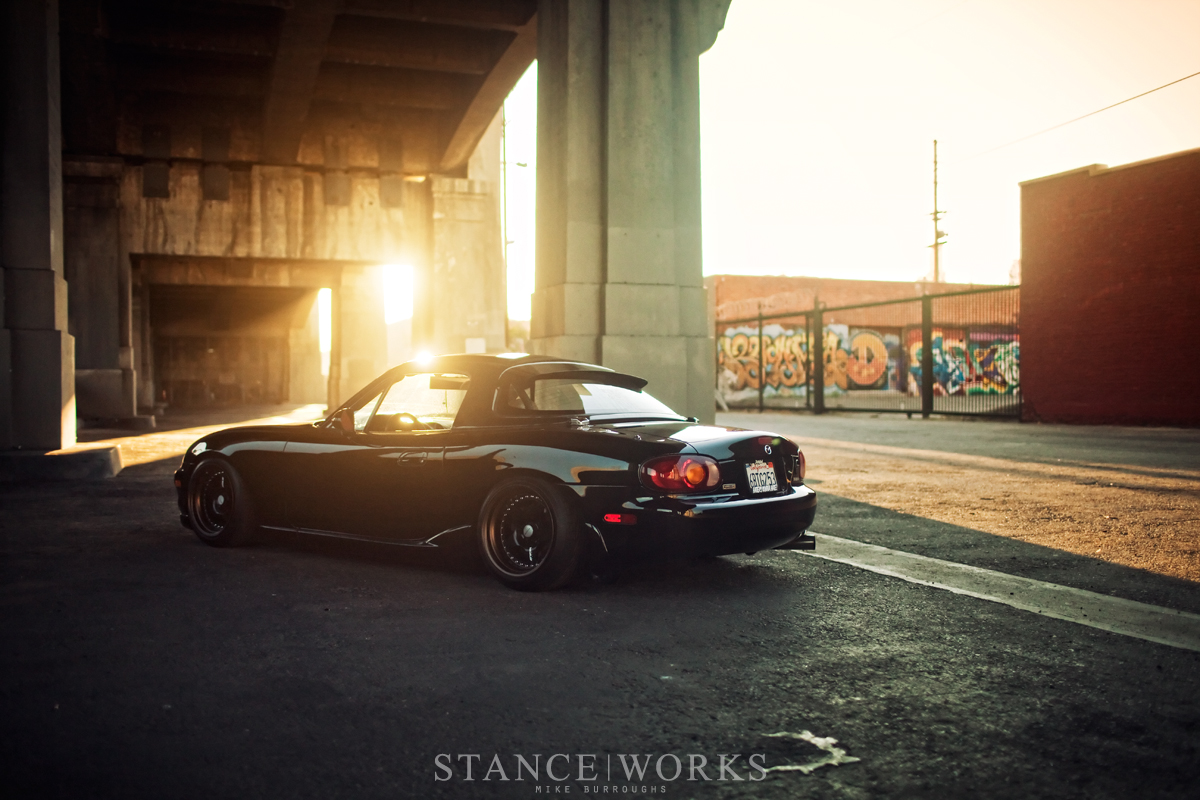 The Daily Driver. There’s a certain dedication required when you enter into the commitment of daily driving the same car that accompanies you to every show through the season. The pot holes and speed bumps make your oil pan and suspension bushings cringe on your way to work. The rock chips and bug splatters threaten the glossy exterior as your car clocks away countless highway miles on a road to somewhere new. As the weekend approaches, our minds shift from the desks and computer screens of our work cubicles to the upcoming shows where our cars will sit and shine in the summer sun, showing off to all of the spectators. This commitment requires a passion that many on-lookers may deem impractical, but it’s one that many of us know well. 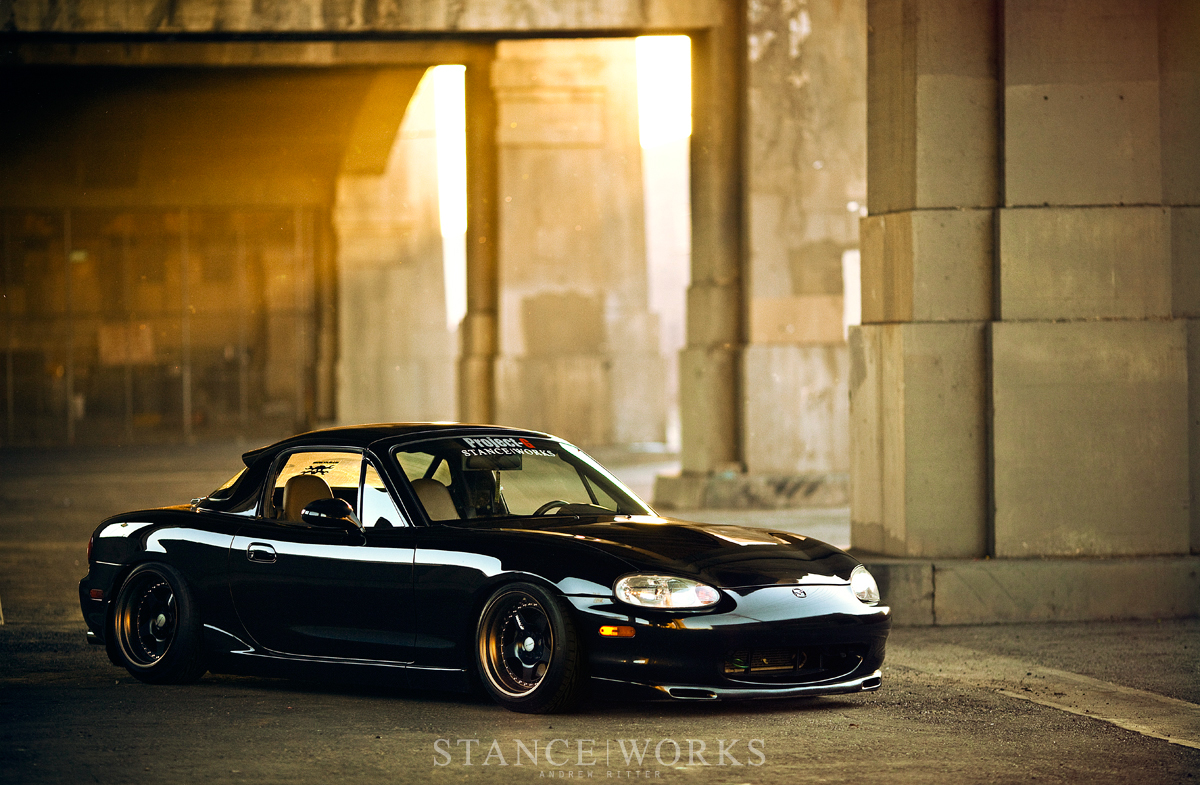 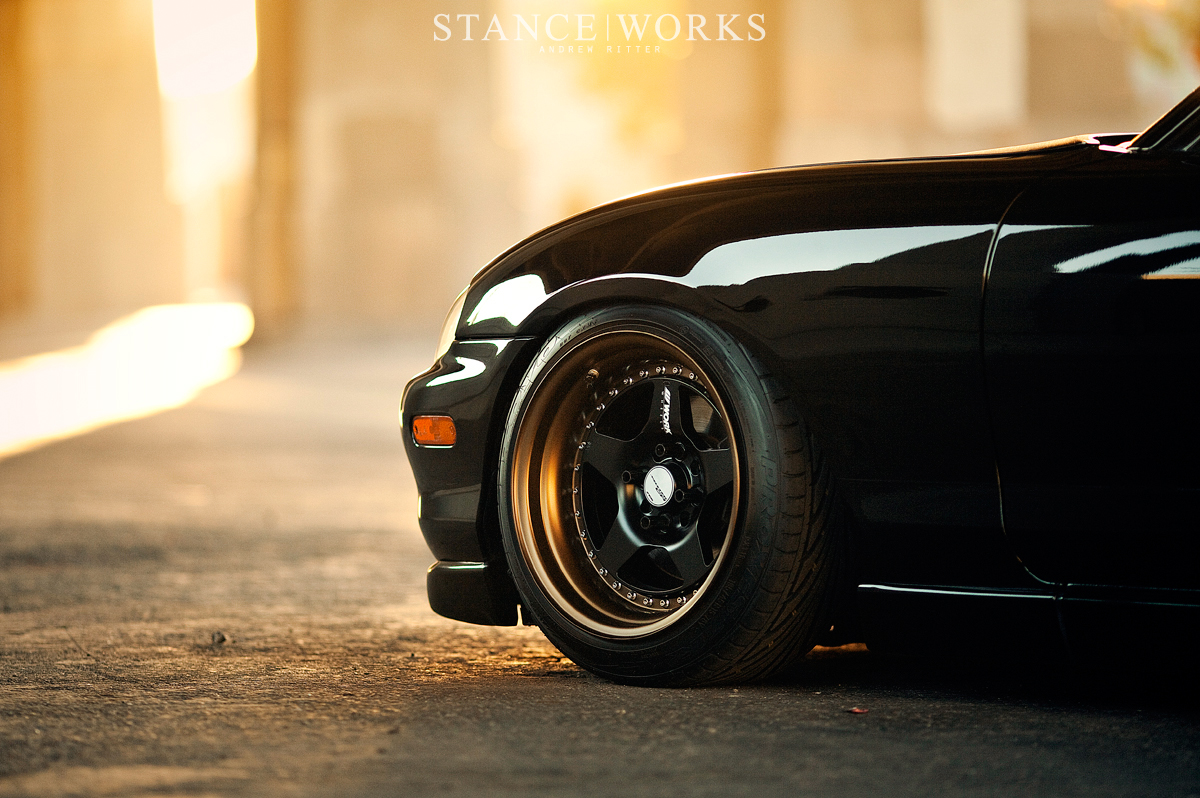 Evan Gillis jumped right into the commitment when he first purchased his Miata back in 2011, knowing that he would be putting it through its paces. From Monday to Friday, the Miata is on commuter duty.  Every morning it takes to the city streets and 4 lane highways of the greater Los Angeles area. The slammed Miata darts its way through the bland-colored sea of stock height sedans and unassuming SUVs as they all head into their offices for another day of work. Evan is different, though. Like many of us, he has a strong bond to the little car that safely transports him to his job at the nearby Nissan dealership. He could have easily found himself in a comfortable commuter that glided effortlessly over the highway expansion joints, powered by an efficient engine that utters not even a sound, but where is the fun in that? 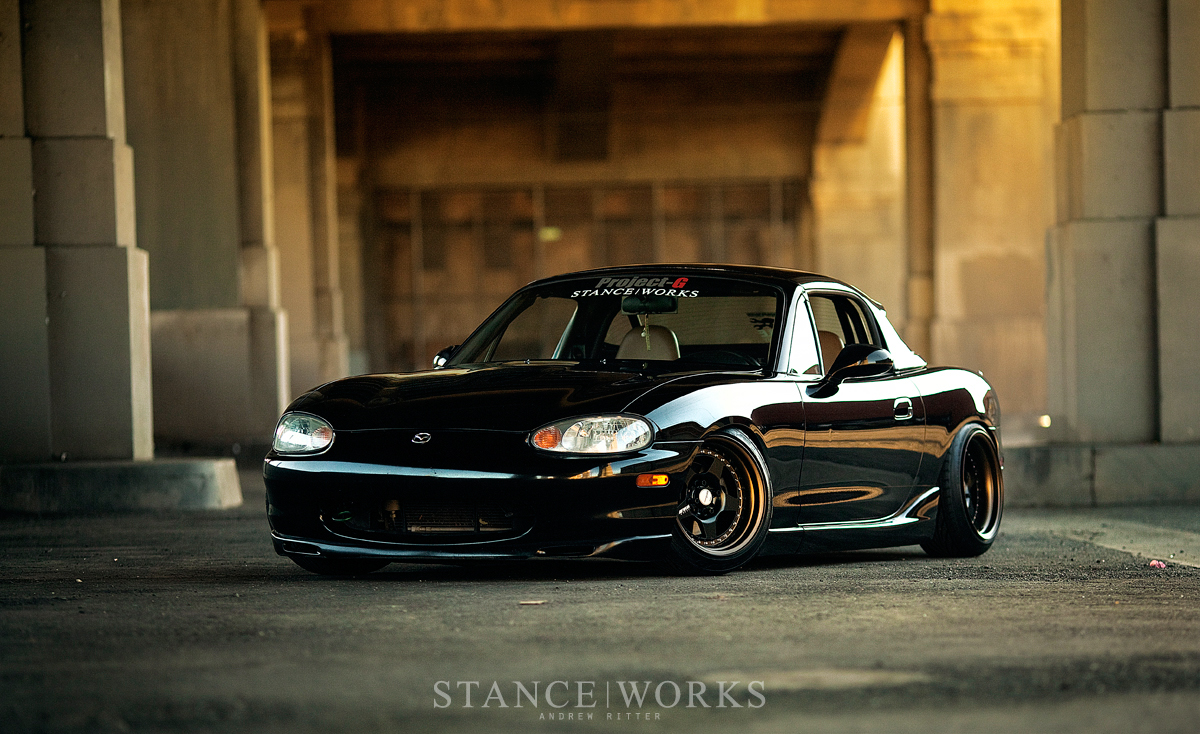 Evan’s Miata first caught our eye down south at the HRE Open House, and it turned our heads again down at Motor Union later this summer. Having seen the car around the San Diego show scene, we assumed we would be making another trip south when we arranged the shoot with Evan. We were caught off guard to hear that he resided over 100 miles north and was just in town for the shows. Between the 55 mile commute each day and a strong dedication to the show season on the weekends, it’s not uncommon for Evan’s Miata to roll over 500 miles each week. While it’s not the longest commute or most miles put on a car, it's the devotion that we find inspiring. 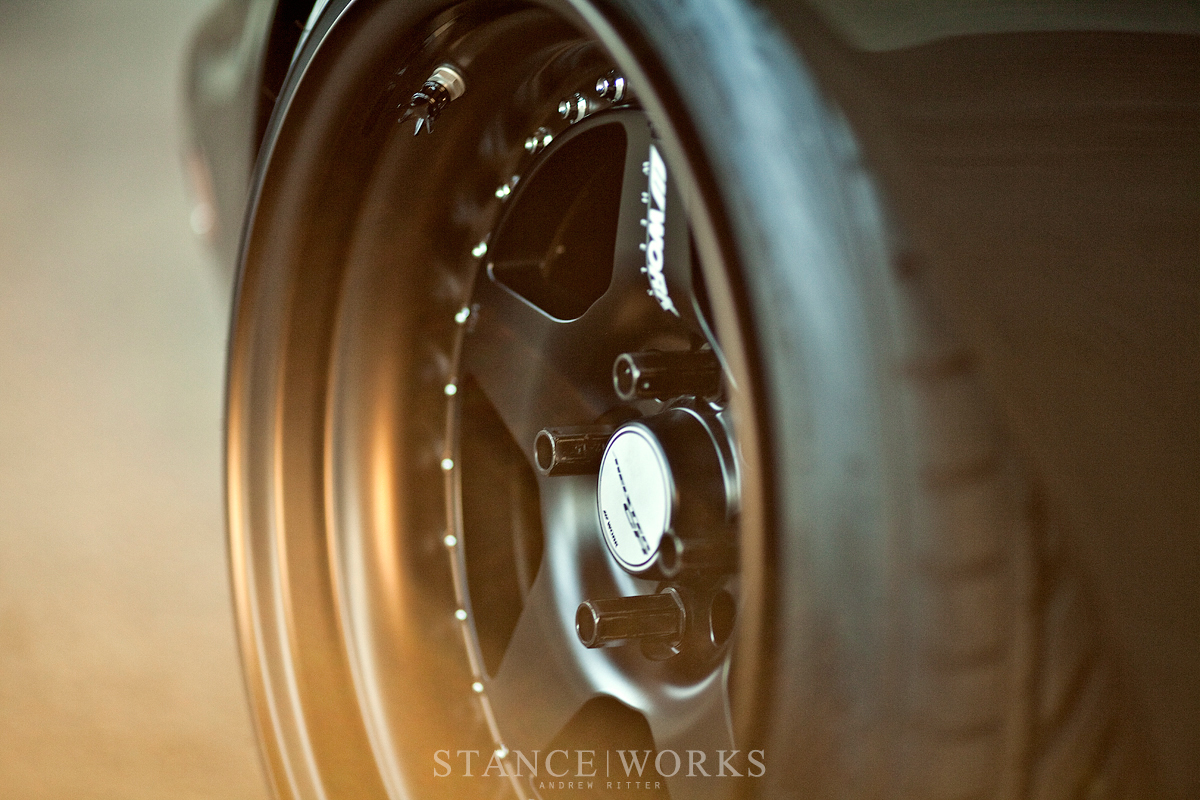 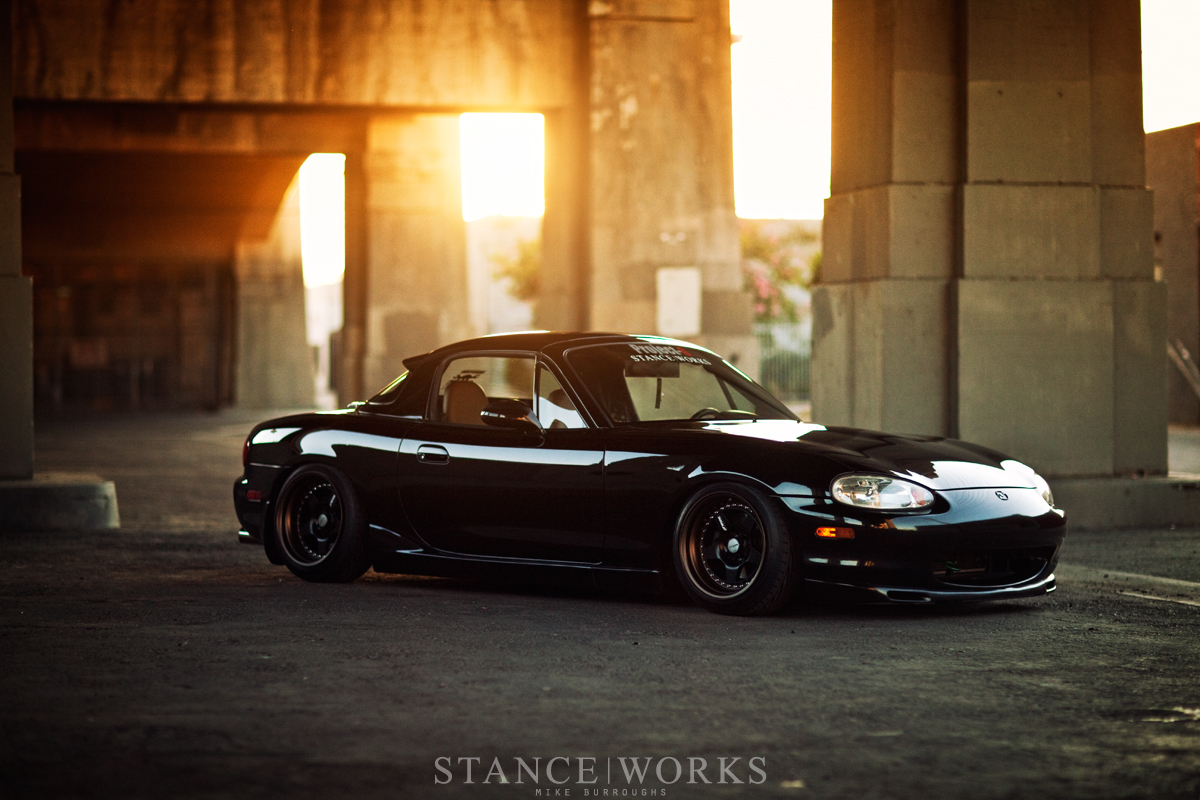 It’s common to see sun-faded Miatas, un-cared-for and un-loved, being used to get someone from Point-A to Point-B.  This Miata’s Gloss Black paint, however, shines as if it had just come off the showroom. Looking at this car parked amongst the crowd of showcars, you would have no idea that it spends most of its time navigating the pothole ridden streets.  A difficult color to maintain, one would assume that the Black paint was a recent addition courtesy of a bodyshop or a weekend in the spray booth. When asked, though, Evan will proudly admit that this paint is the original paint from 1999. A steady regimen of soap and wax in between clay bar sessions every two weeks ensures that the car maintains its clean demeanor and prepares it for showtime when the weekends roll around. 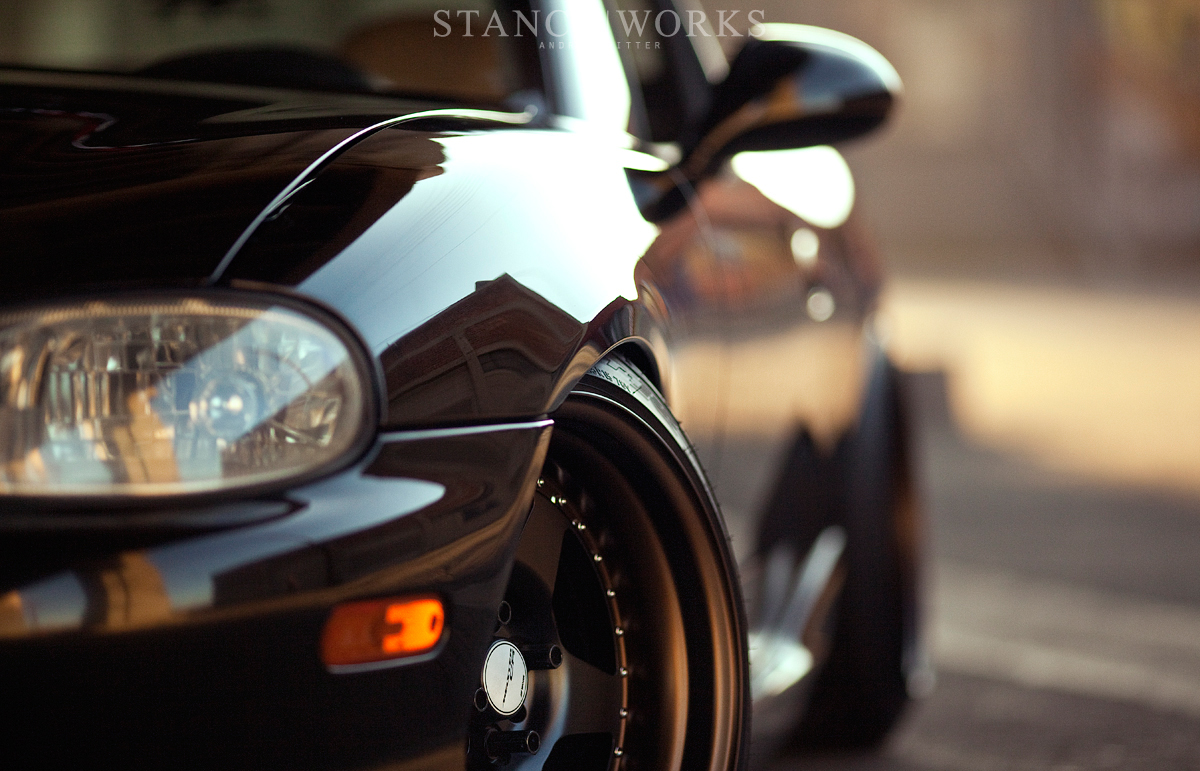 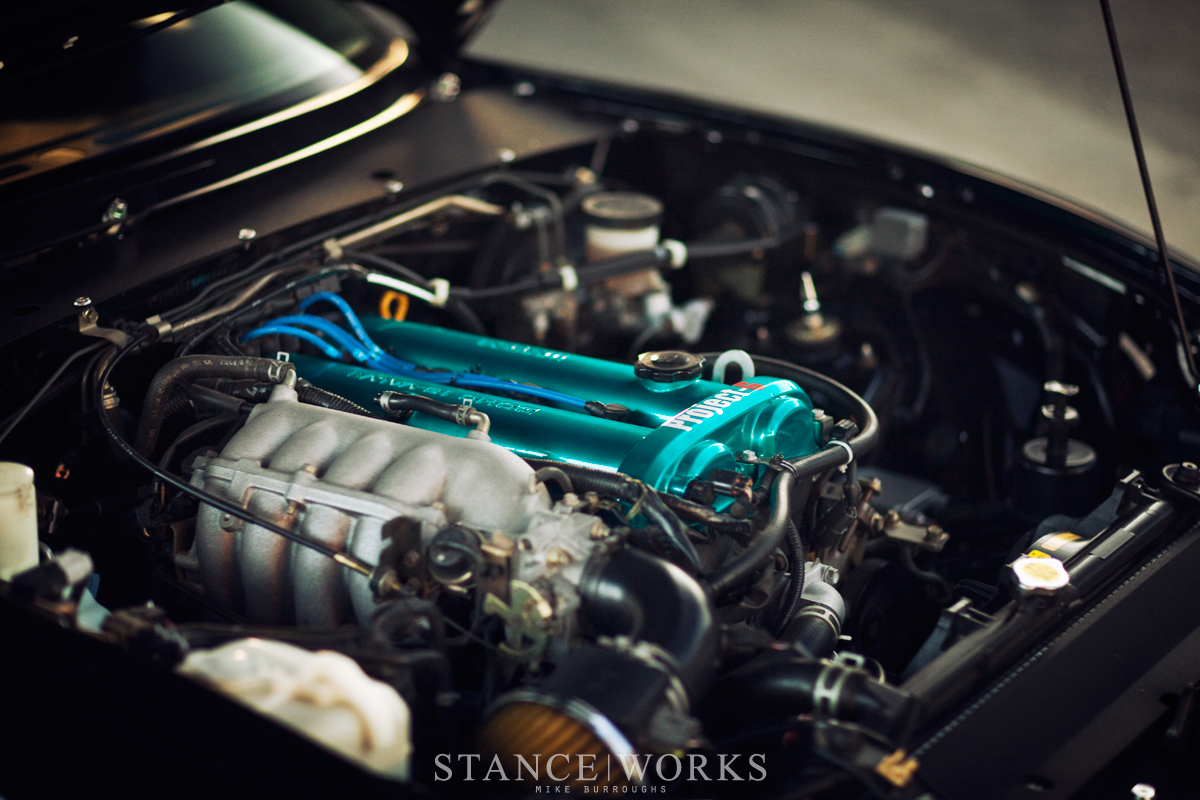 We commend Evan for maintaining such a beautiful and clean car while also loving it enough to drive it day-in and day-out. That’s a dedication that we like to see amongst our readers. We will always celebrate the owners who love to drive their slammed cars out of sheer enjoyment and enthusiasm; the ones who may turn their heads from the practical and focus on the fun of car ownership. For those of you out there sitting in your lowered car on your way home from work, ready for the weekend, we say Bravo. Give that car a good wash this weekend; it has been loyal to you. 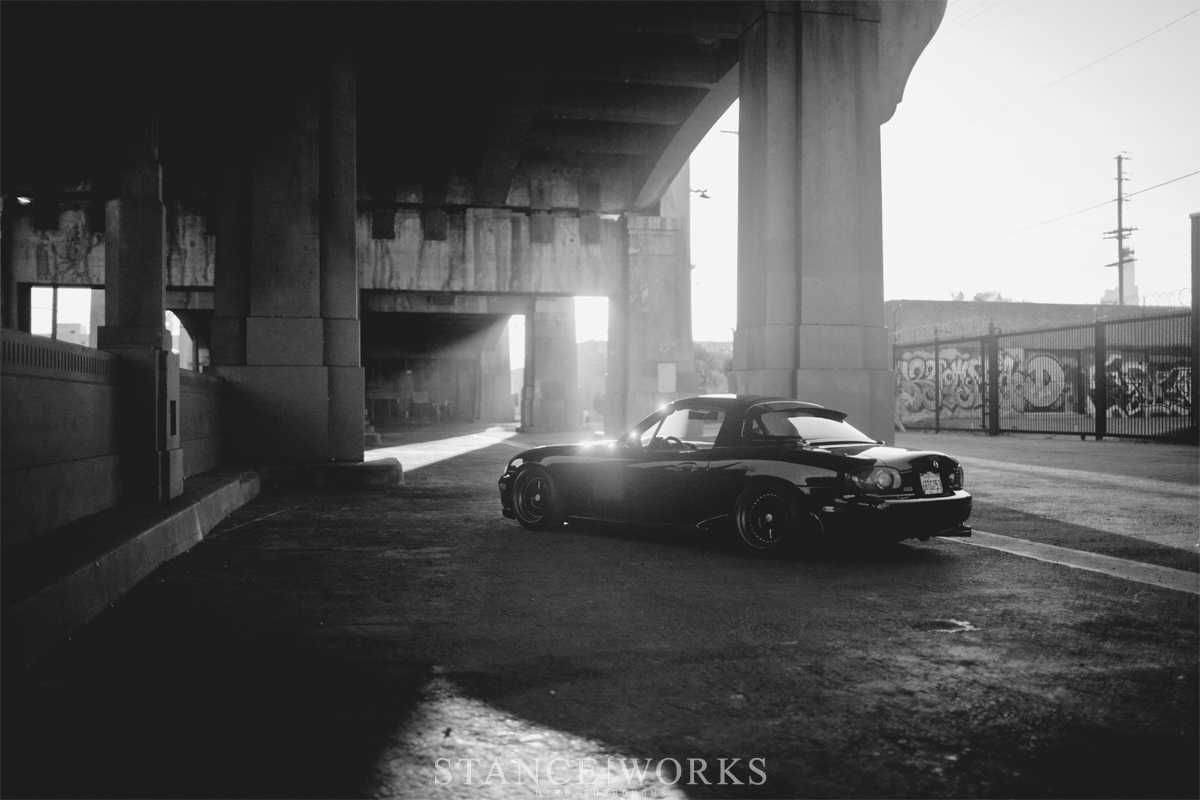