Pics and Words By Mike Alexander

What does it take to be called the “Grand-daddy” of car shows? Well, besides for longevity you certainly have to have the cars on display to back it up. This year marked the 63rd year for the Grand National Roadster Show, making it the longest running indoor car show in the world. 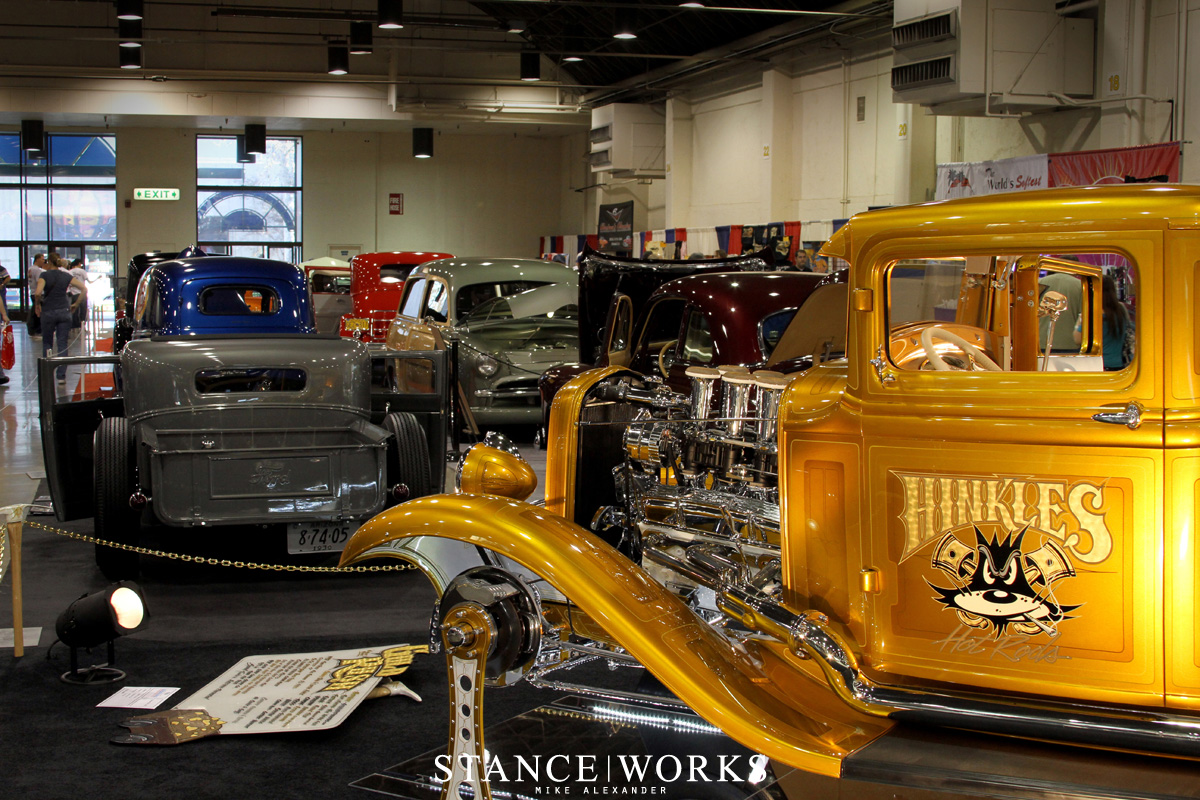 The absolute coolest thing about checking out the Roadster Show each year is the eclectic style of vehicles on display. Whether you enjoy traditional hot rods, lowriders, choppers, customs, classics, or even custom trucks you will find something to draw inspiration from throughout the fairgrounds. Over 500 show vehicles compete for awards inside the buildings of the Pomona Fairplex and another 500-700 vehicles park between the buildings as part of the outside show. 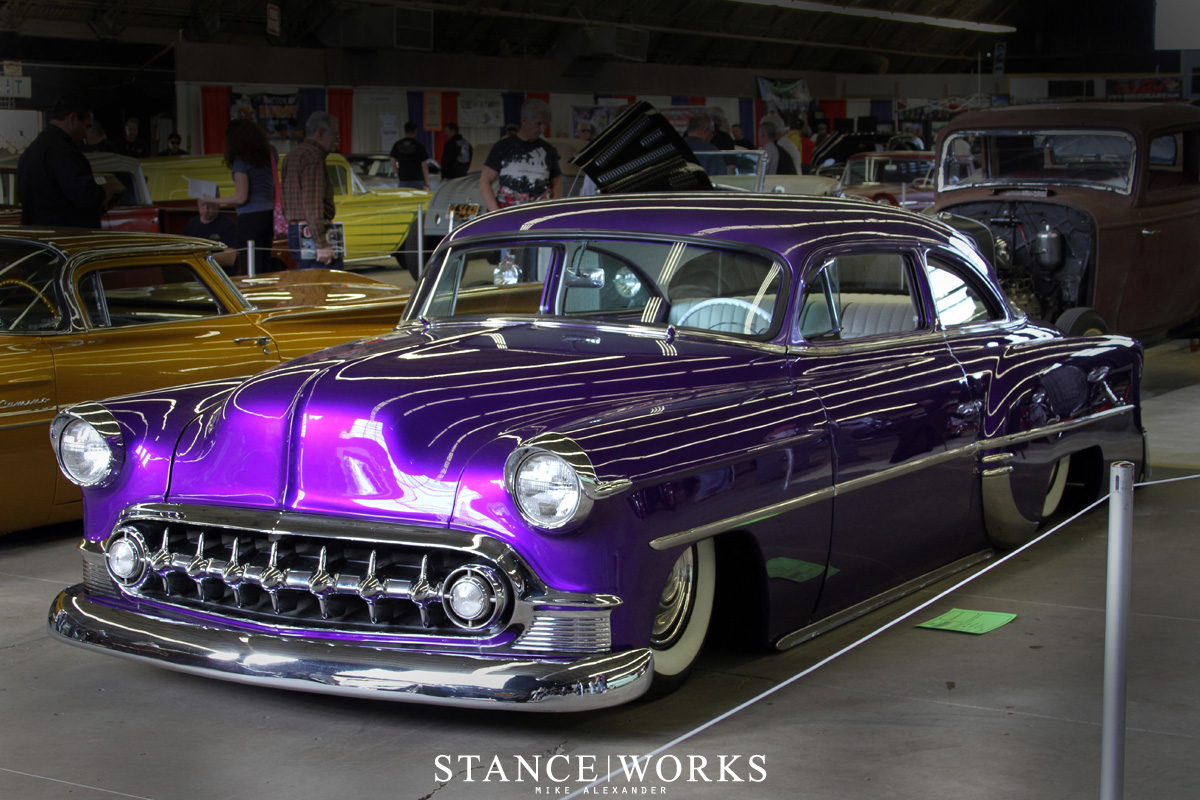 Every year there is a theme, and a “featured” building celebrating the history of the custom auto. This year the featured building housed 80 1932 Fords, to commemorate the 80th Anniversary of the “The Deuce”. That was certainly a neat sight as we can all appreciate some good old-fashioned Henry steel! This gave plenty of inspiration for the S|W project shop-truck as there were details galore and fantastic themes and ideas throughout the fairgrounds. 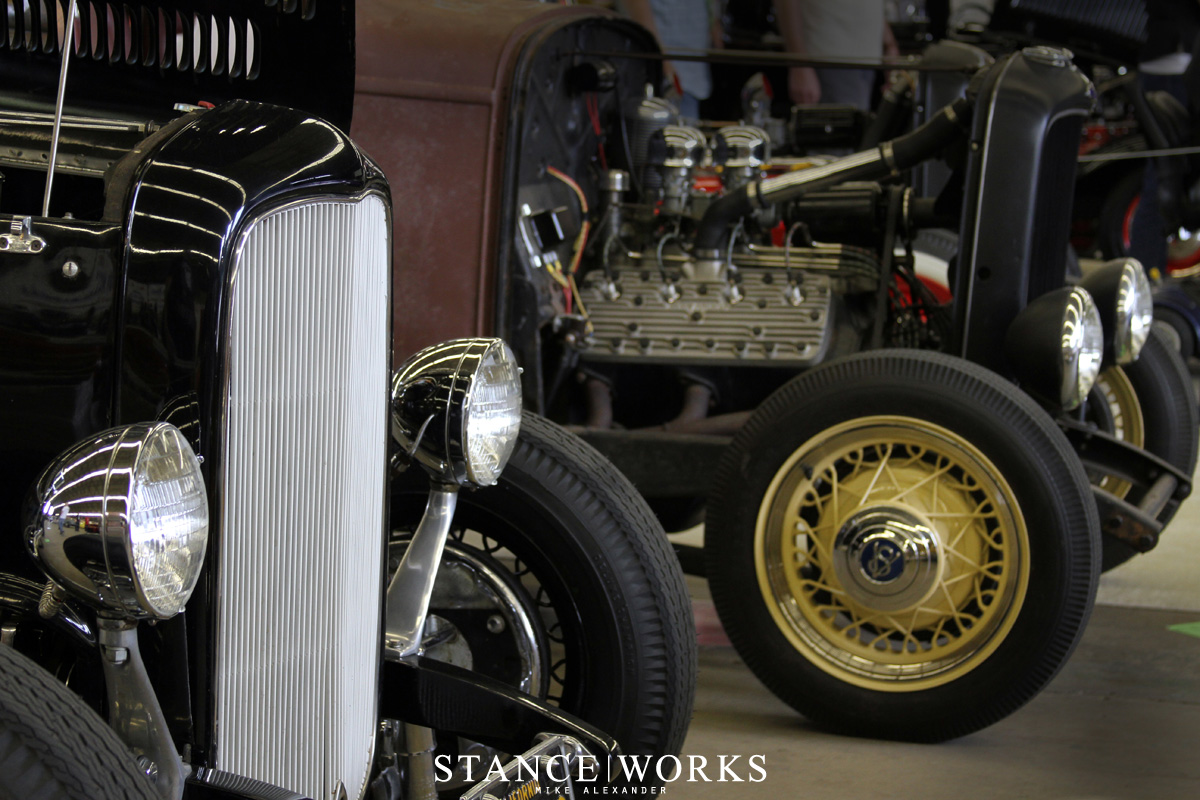 Speaking of inspiration, the endless sea of amazing motor details gave us plenty to think about on our next projects and many were filled in the “must try this” folder. Here are a few that really stood out and spoke to us: 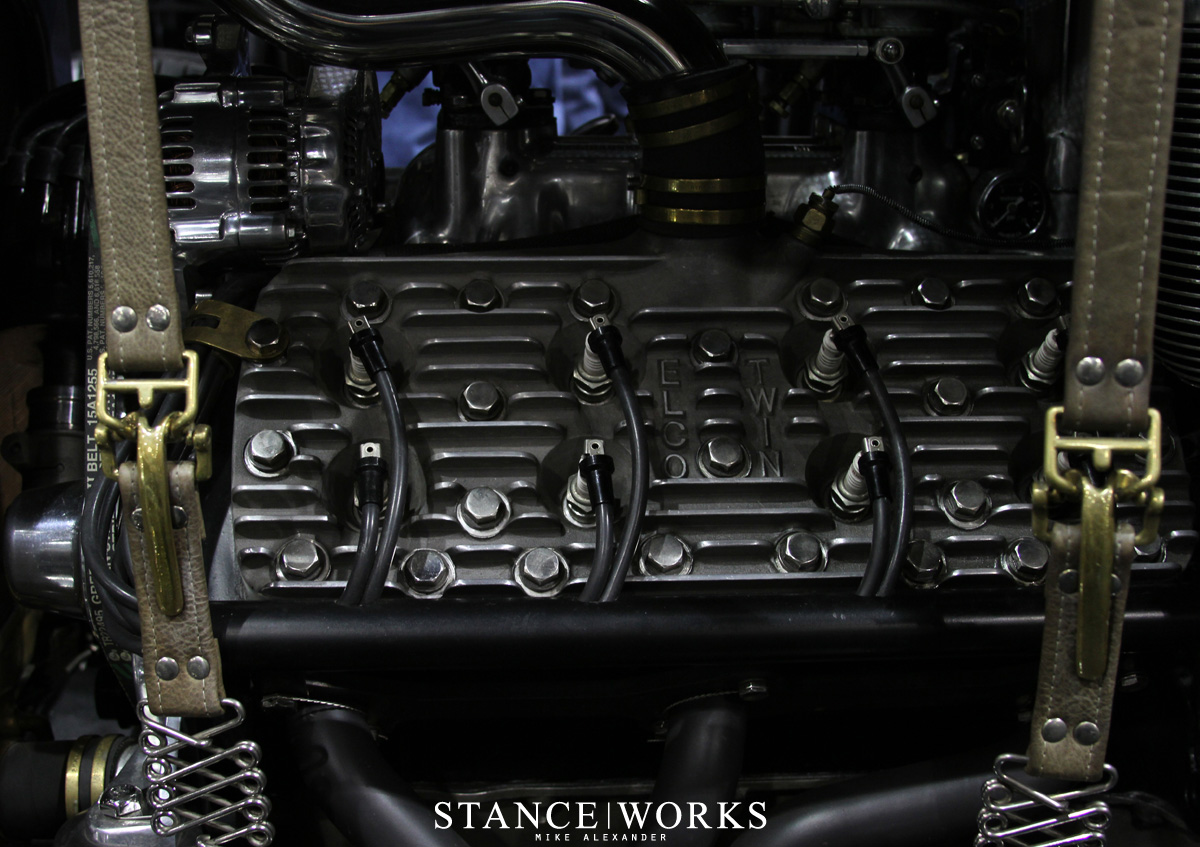 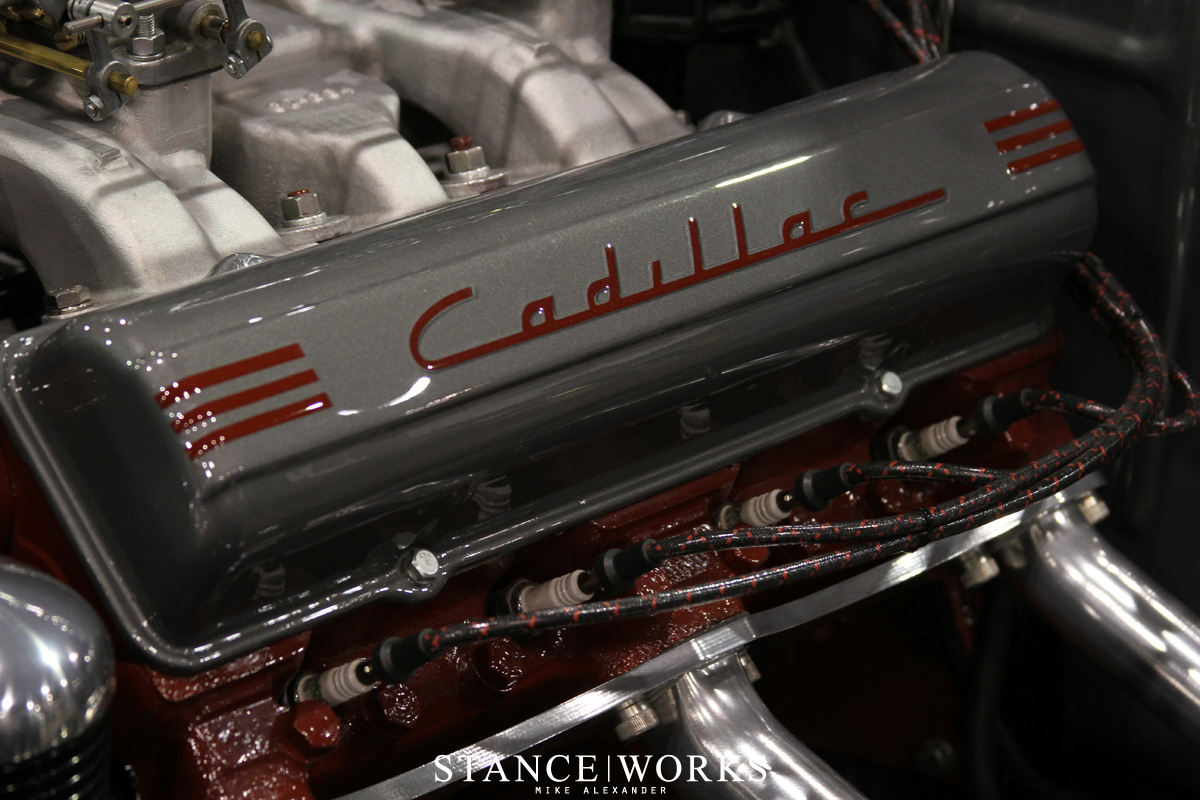 One of our favorite Lowriders in attendance (El Rey, winner of Lowrider of the Year) features some of the most insane detail work of any car we’ve ever laid eyes on. Every single nut and bolt is chromed, etched, and custom. The chassis and under belly is cleaner than MOST show cars in the scene. This is one to take notes from, and even if you don’t dig the style of lowriders, you have to appreciate the amount of time and work that goes into creating a machine of this caliber! 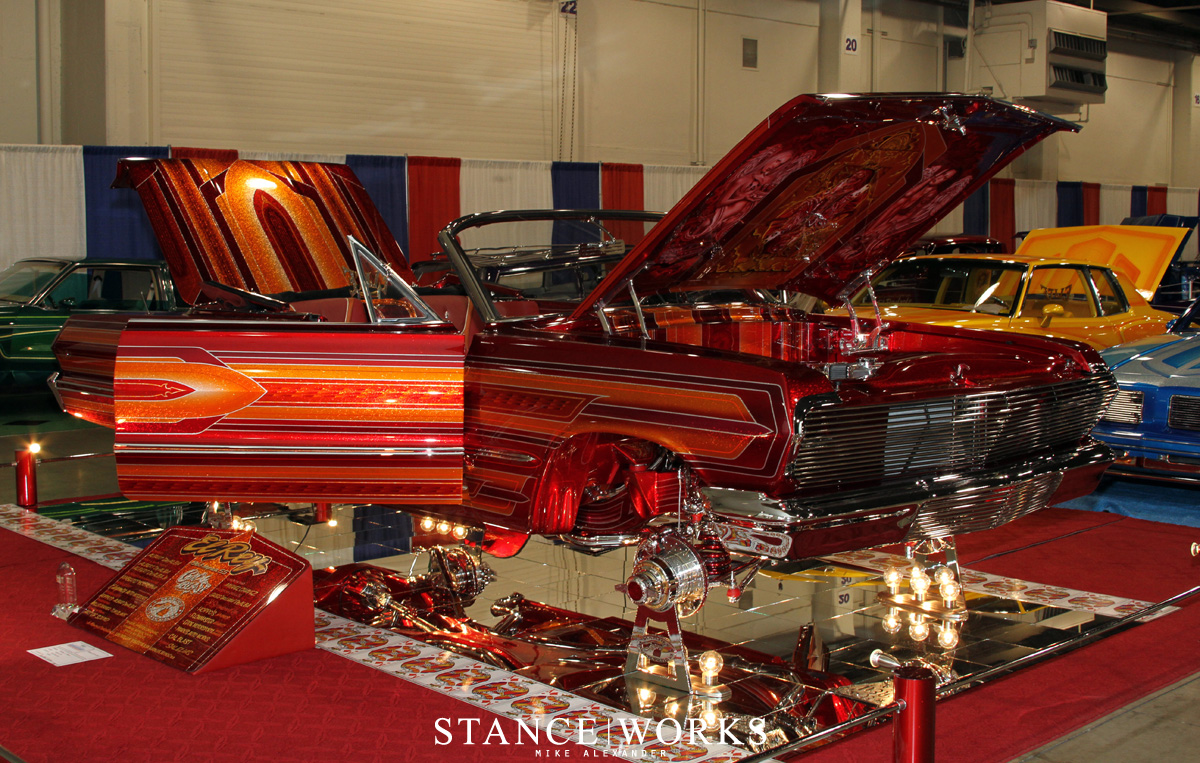 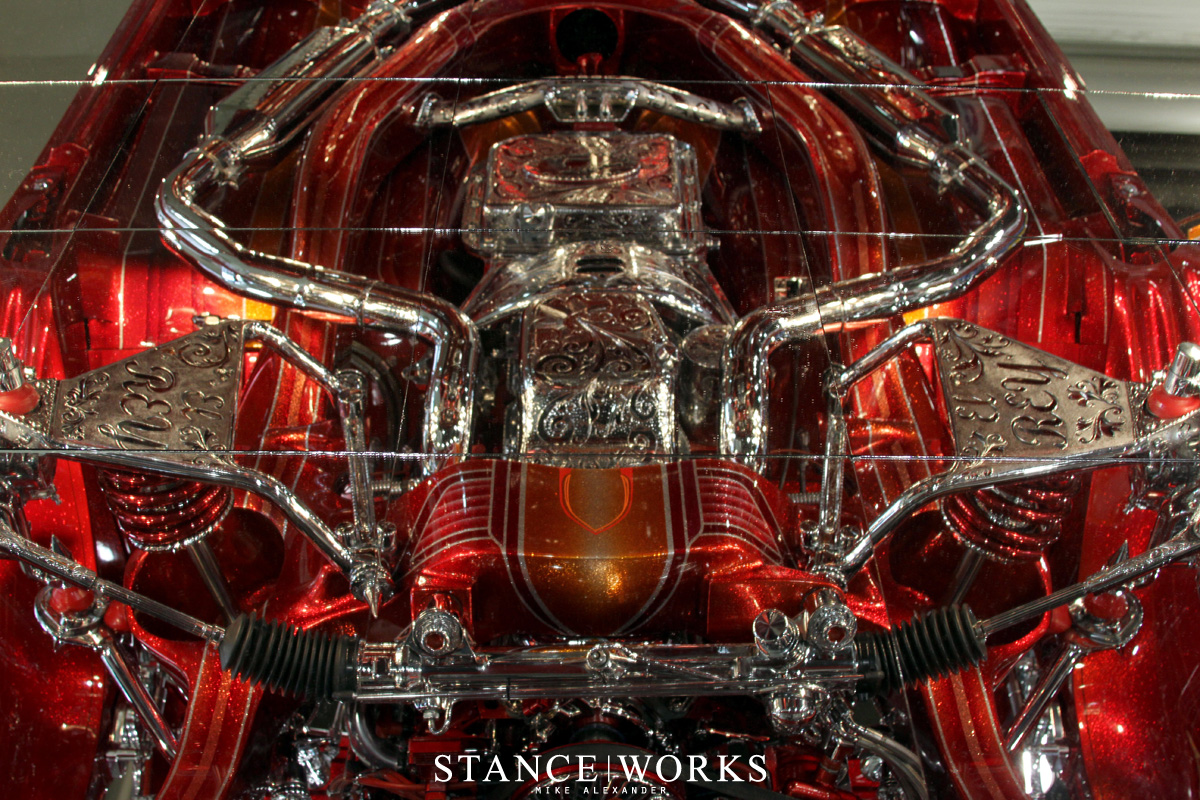 After a long weekend of showing, taking pics, gathering ideas, and hanging with friends it was time to fire up the truck and head out. We were proud that the Roadster Show now features a special “club” building where different clubs park and show together so a few of us “truck guys” gathered to show our rides with the help from Relaxed Atmosphere, Negative Camber, No Regrets, and Severed Ties. Such an amazing weekend, and we can’t wait to do it again next year! 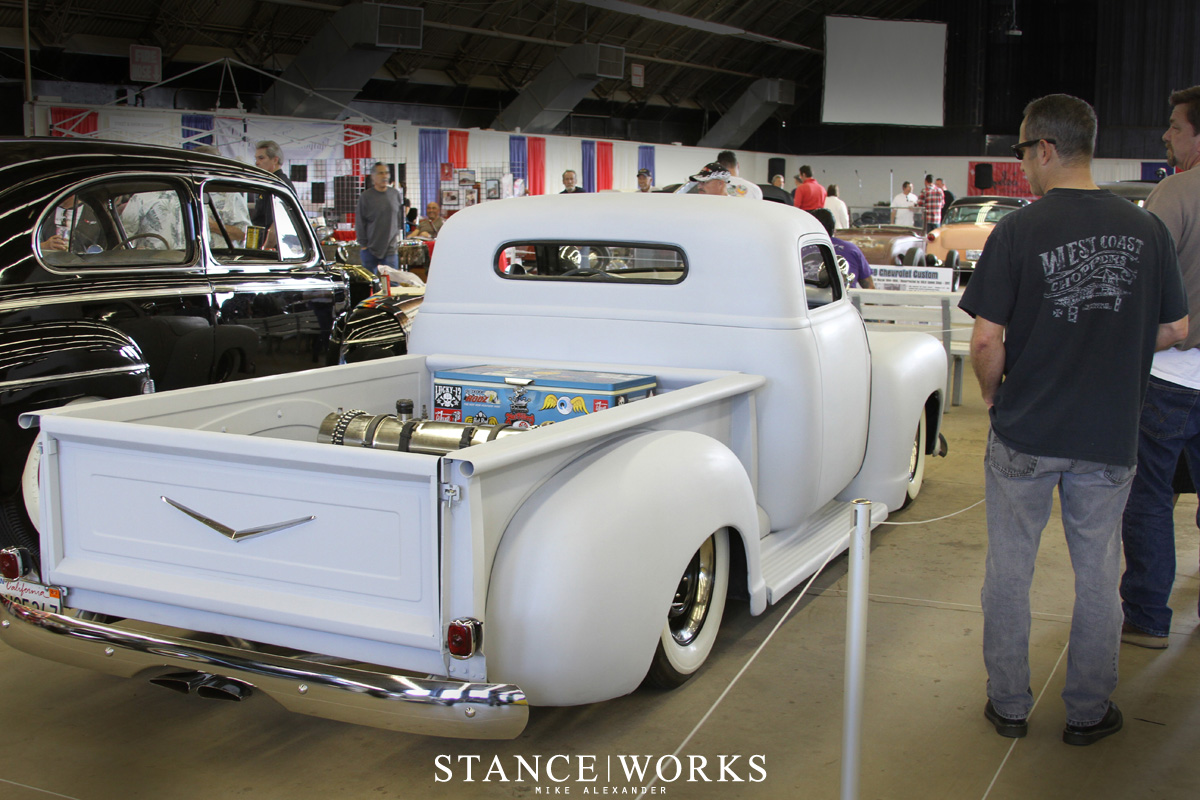 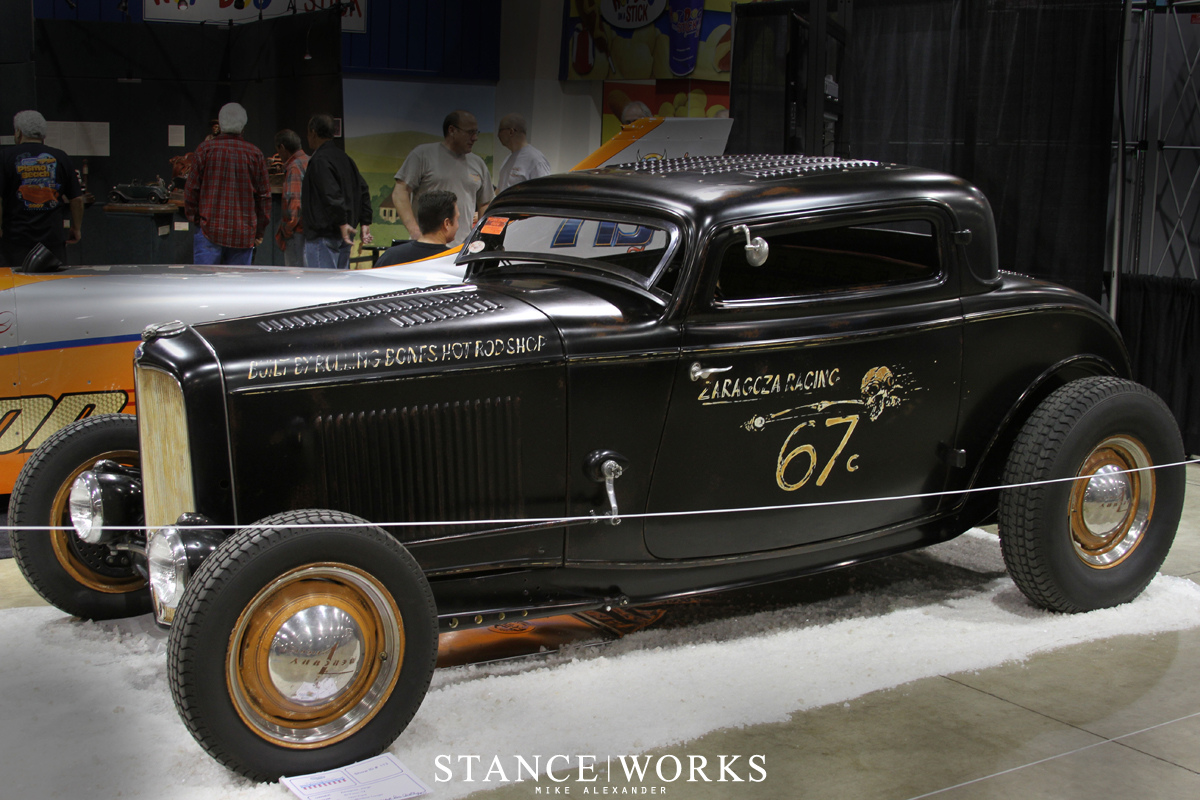