Now I know what you're thinking: With a title like that, what we've got here is a pair of cars owned by father and son. That's where you'd be wrong though. What we have here is John Zuberek's 1966 250S Benz and his E30 M3. So why "Like Father, Like Son?" Well, let's just say the apple doesn't fall from the tree.

We all become automotive enthusiasts in our own way. Sometimes it is entirely self-cultivated, sometimes we only have our friends to thank. It's a "nature versus nurture" argument of its own. But for many of us, there's one person for us to thank in particular. Good ol' Dad. For John, that's exactly the case. When he tells me, "I have loved cars since the day I was born," it had to come from somewhere.

I'll start with the Benz. There's no question that it is a marvelous vehicle. There's something to be said about someone who daily drives such a car. Primitive, massive, and elegant. It makes a serious statement. But for John, there's more to this '66 than being seen. For that, we'll have to go back quite some time. 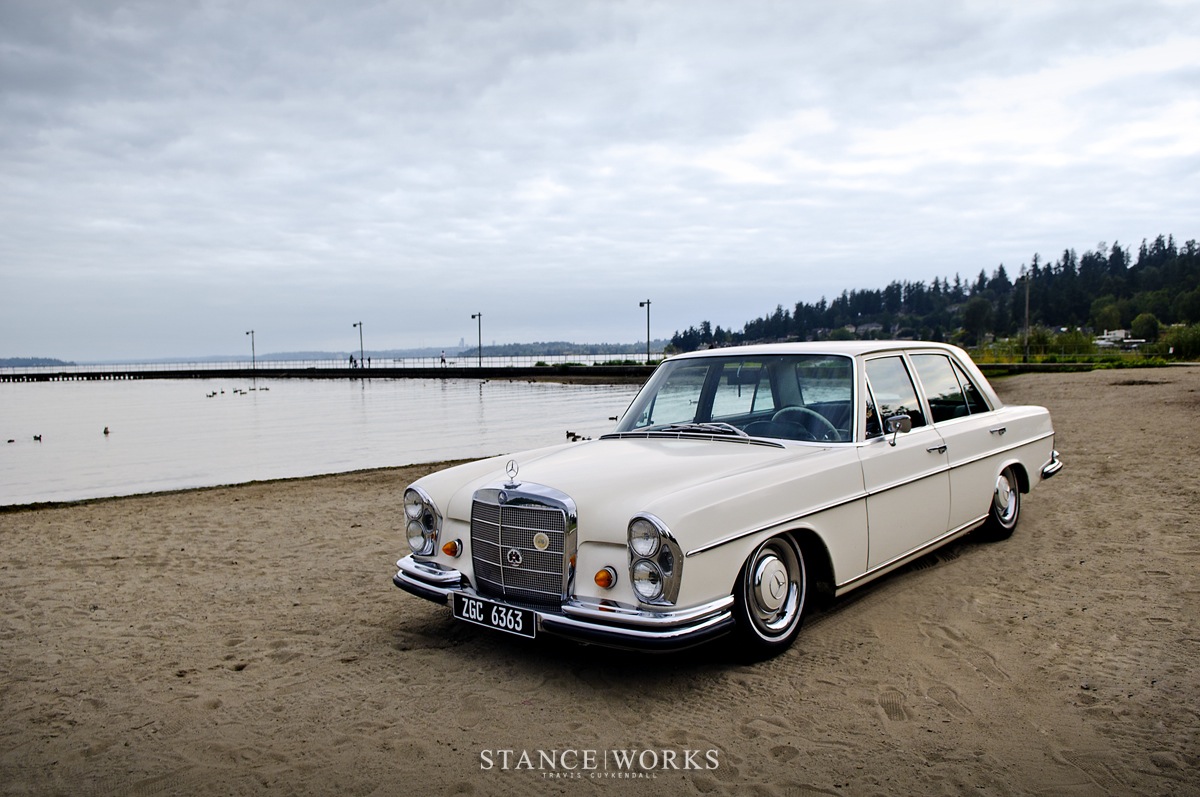 John spent two years searching for the right Benz. His goal was to pay homage to his father's car. Born and raised in San Diego, CA, John spent his childhood in the back of his father's W108. It was a rear-ended car his father had bought at auction. After purchase, John's father proceeded to put every bit of effort imaginable into saving it, welding on an entirely new rear end to bring the bodylines back to life. He redid all of the wood inside the car to restore the luster and shine it had back in the day, and he even swapped in a fresh 280S motor because the original was knocking.

His father sold the car when is family made the move up to Seattle. For John, this meant the start of a new project; this time, for him and his father to share. 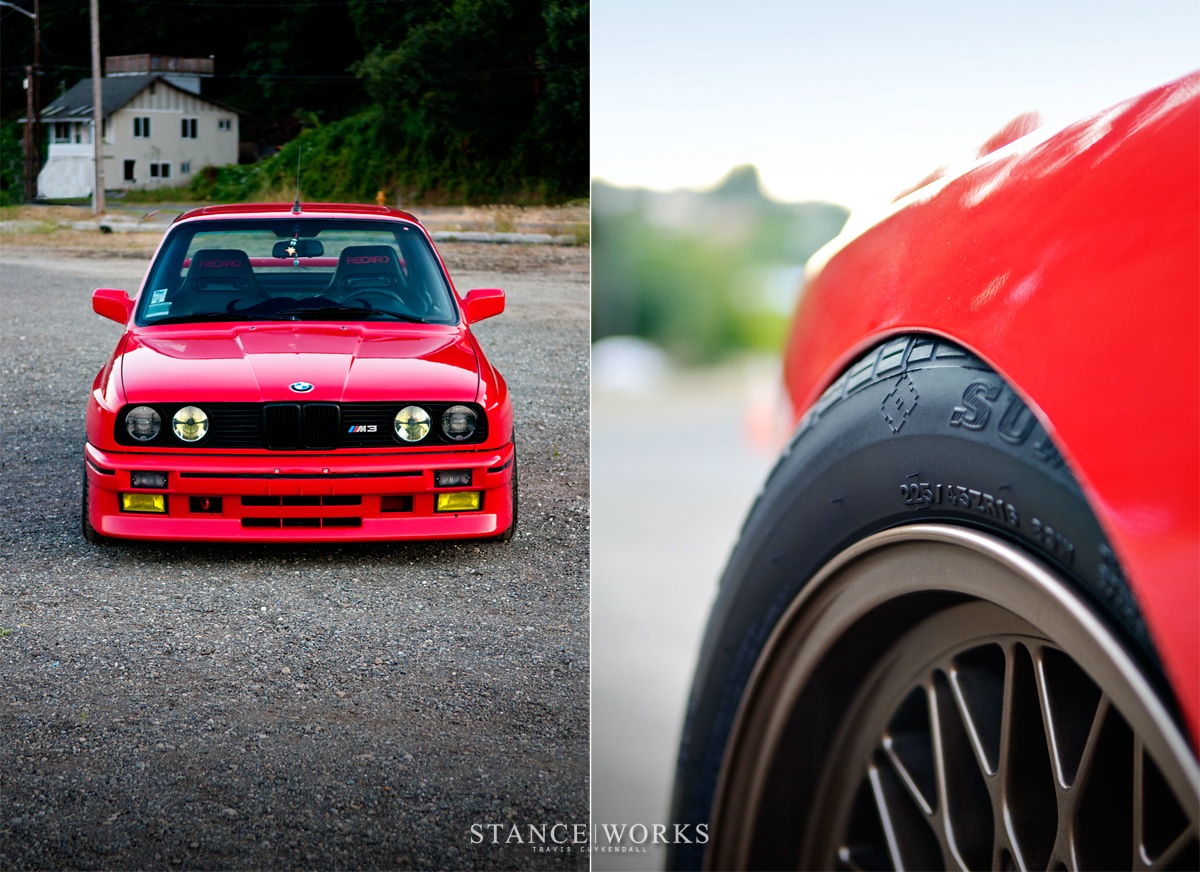 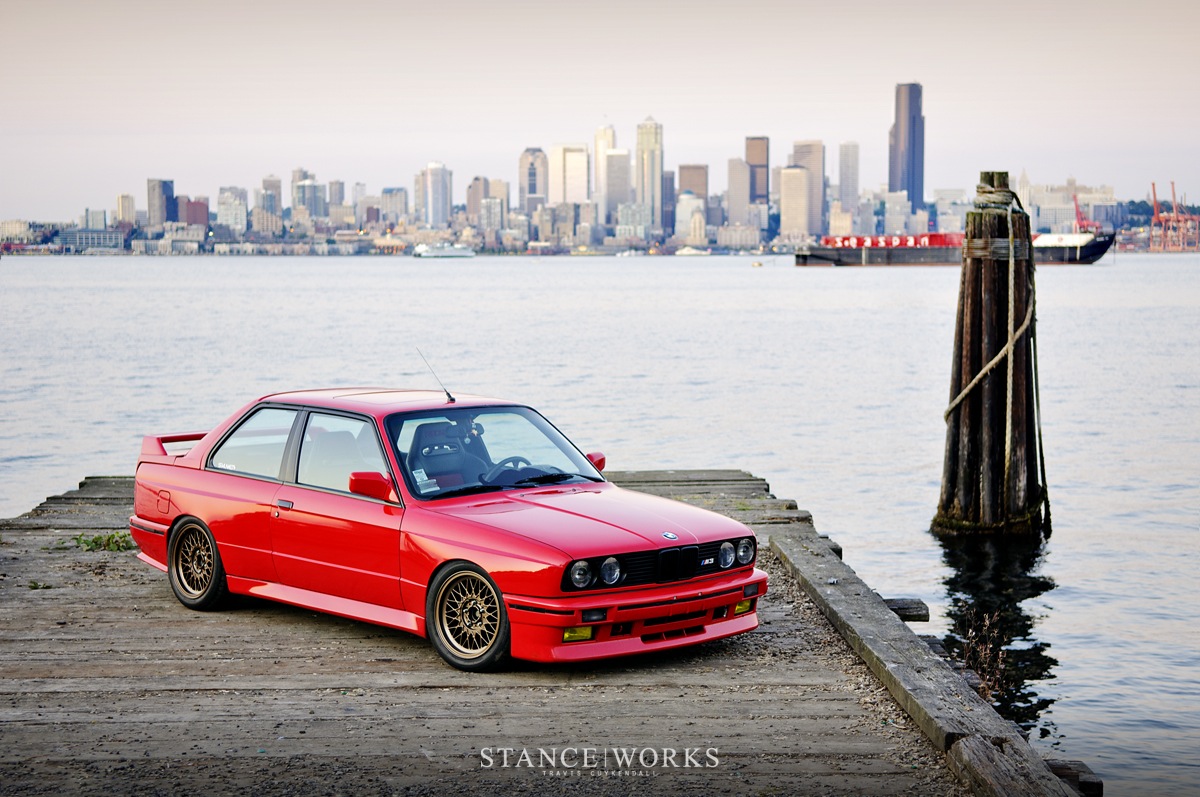 But this story would be substantially less exciting if there weren't two halves to be told. On the other side of John's garage rests his personal pride and joy; what he tells me is, to this day, his favorite.

John's M3 is a simple car. It caters to any guy who finds an interest in the E30 M3, and if you find yourself absent from that category, you may promptly take a seat pile of swords. It is wonderfully simple yet wonderfully executed. Like many of us, John recognizes and appreciates the heritage of the letter M. He knows there's a reason the veins in his arm and the colors of the badge on his car go hand-in-hand. Because of this, his taste in modifications has been a subtle, reserved one. He's stayed true to the BMW heart but made it his own, and-my-oh-my does it look good. 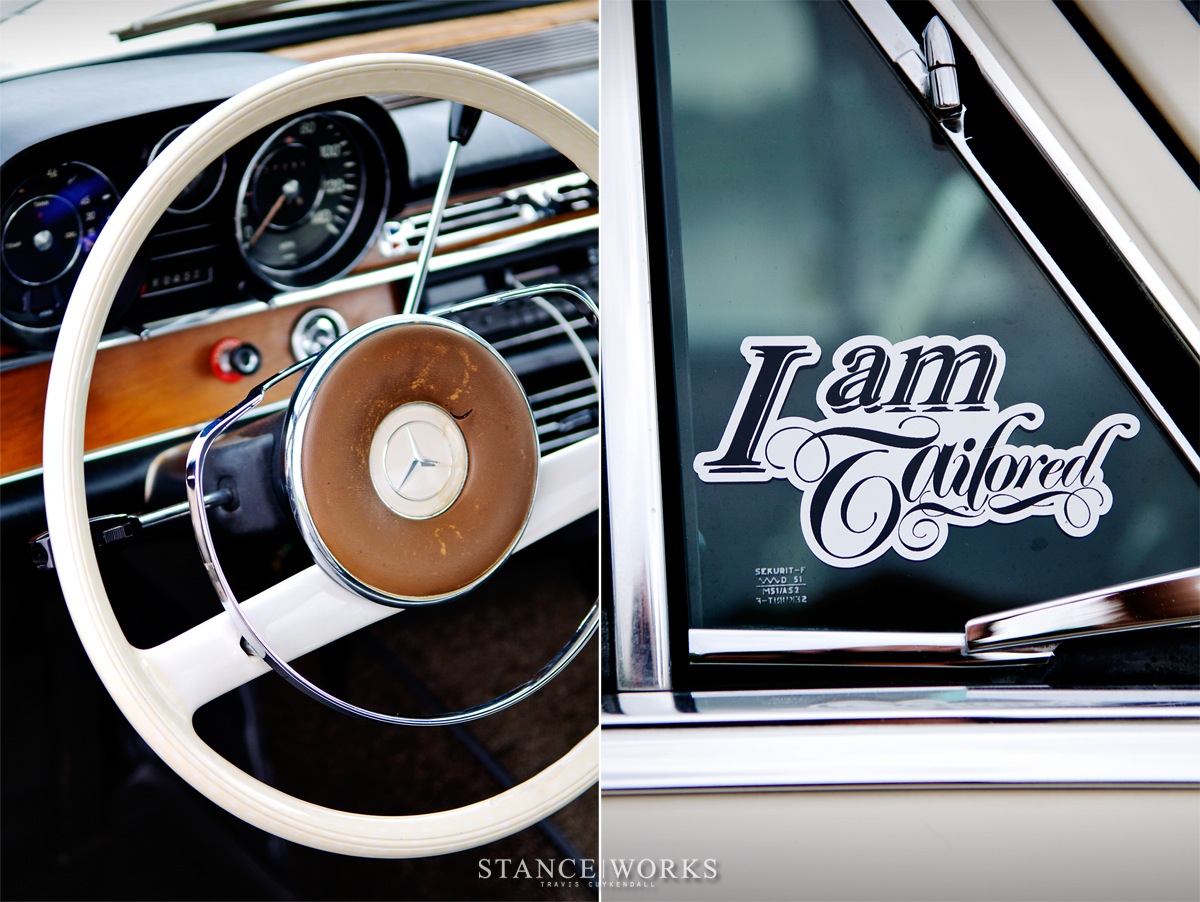 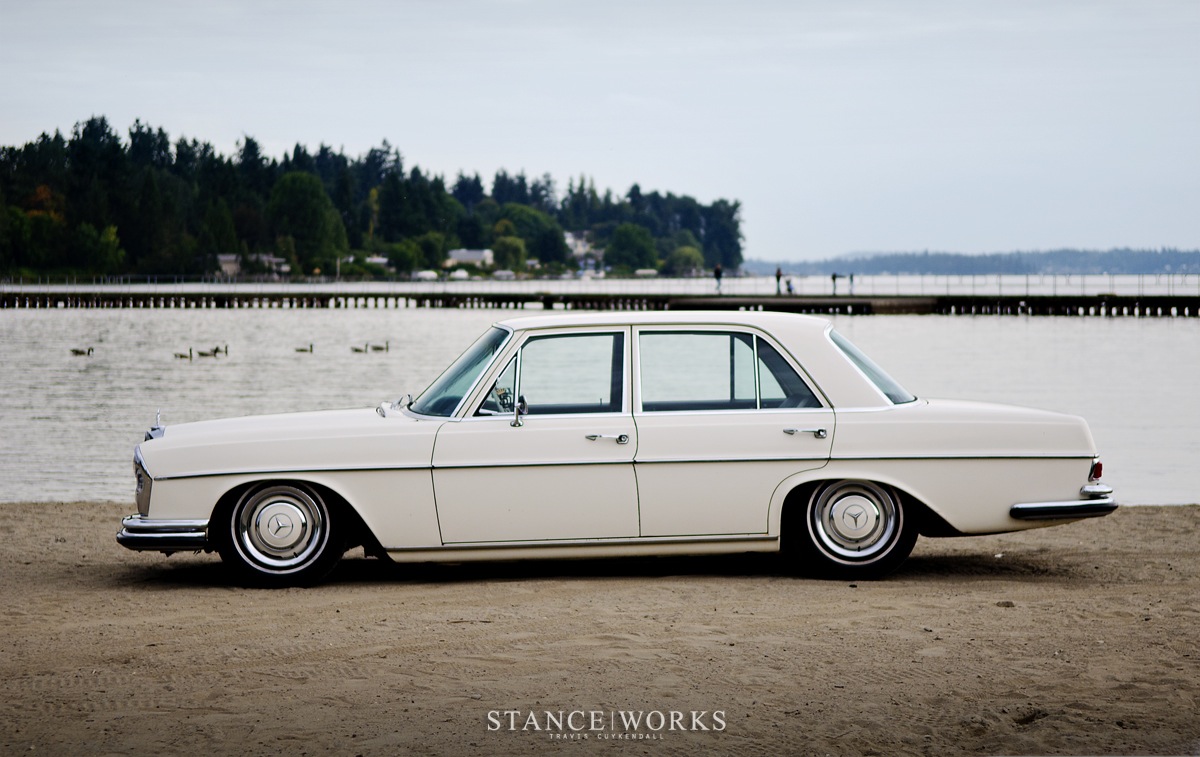 Similarly, his Benz doesn't stray far from the norm. John's 2-year search for the right car didn't mean that he bought one ready-to-drive. "She wasn't running at the time of purchase but the body and interior were in too good condition to pass up." His purchase was reinforced after discovering a stack of records that came with the car, dating back all the way to the time of purchase. And 45 years later, she's only tallied up a grand (or not so grand) total of only 106,000 miles.

He yanked the engine, had the carbs rebuilt, replaced the transmission, and wrenched it all back together. His only modification? A much needed drop. It's John's take on the ultimate tribute to his father's car, even down to to the license plate, a replica of the one his father ran on his car.

The M3, on the other hand, has plenty of tidbits to take in, from the Recaros to the nardi, the bronze 5s and the euro Hellas. The GC coils polish off the car and give it that final touch we're all so fond of. 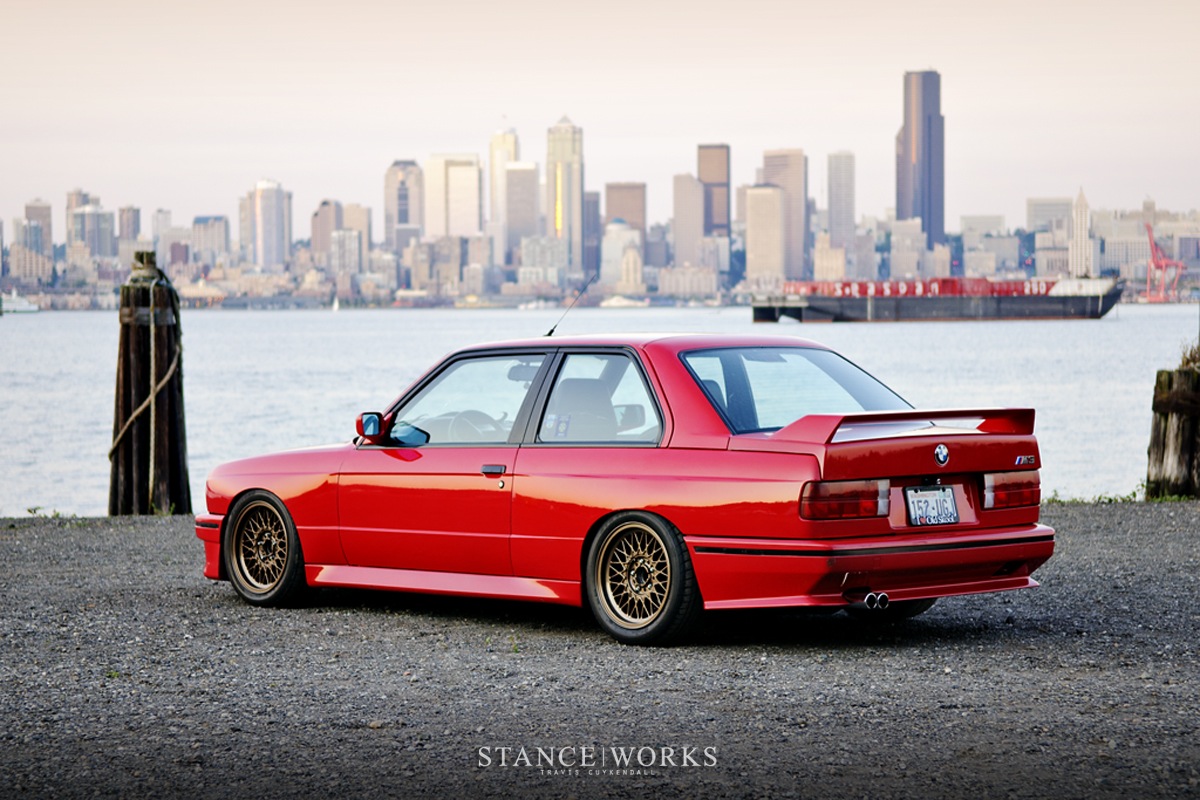 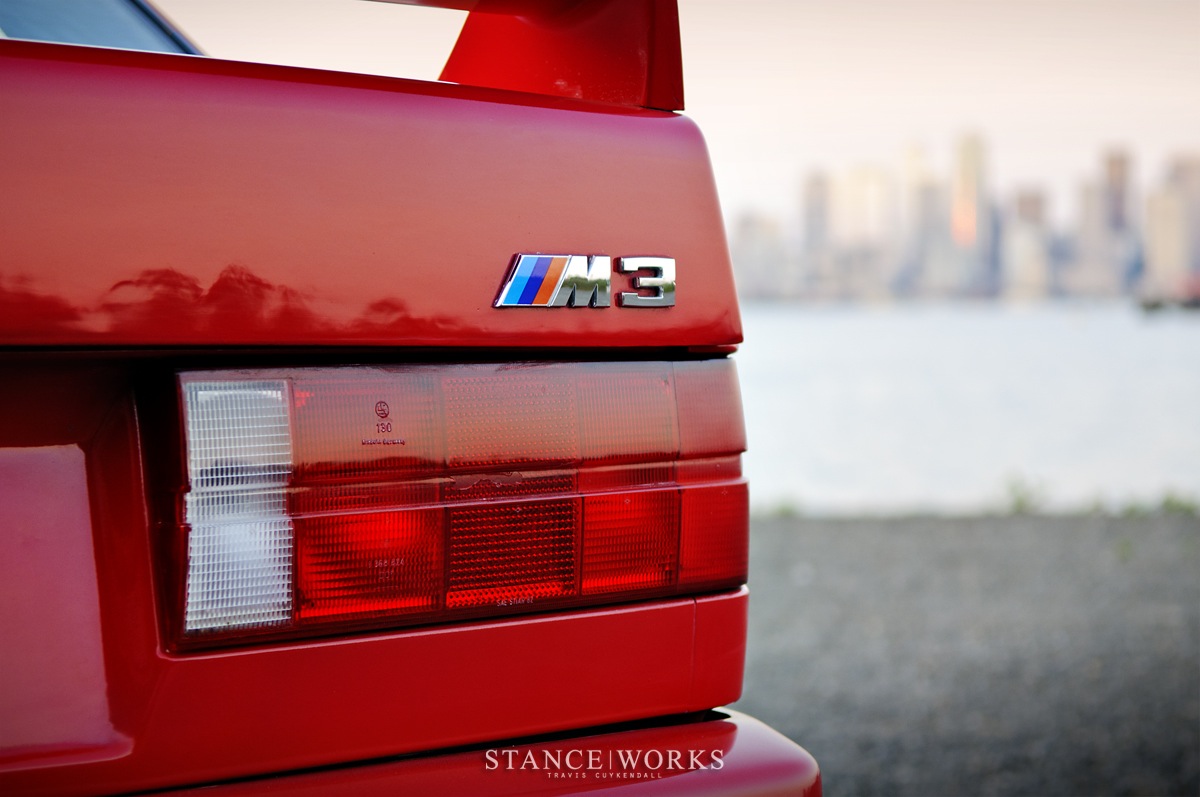 John's cars are a fantastic pair for any fan of German steel to envy. For me, they continue to push the idea we've been trying to shout from the rooftops- the older, the better. Breathing new life into old hearts, keeping them from the scrapheaps and junk yards. But for John, these cars are an extension of himself and more; they represent his family and friendships. John tells me he owes thanks to everyone from Mom and Dad, to even his sister for helping him find his passion. Your only job now John, is to pass it on. 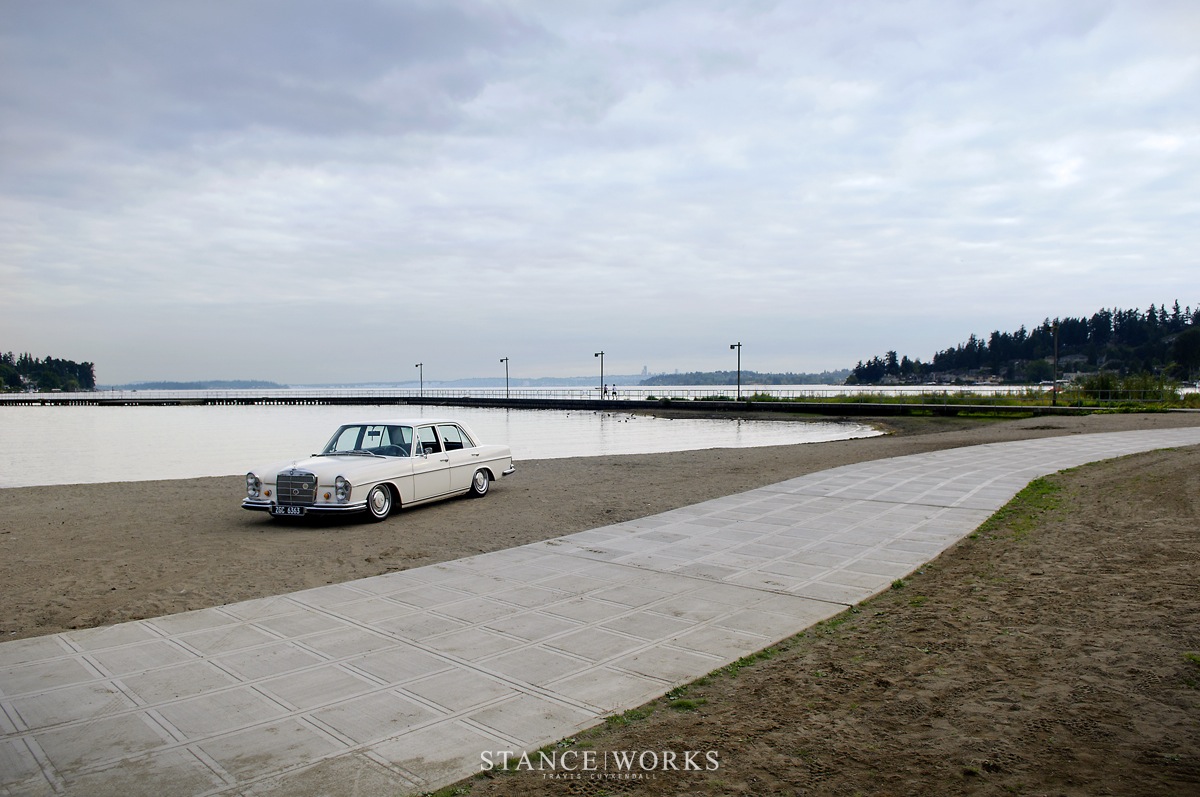 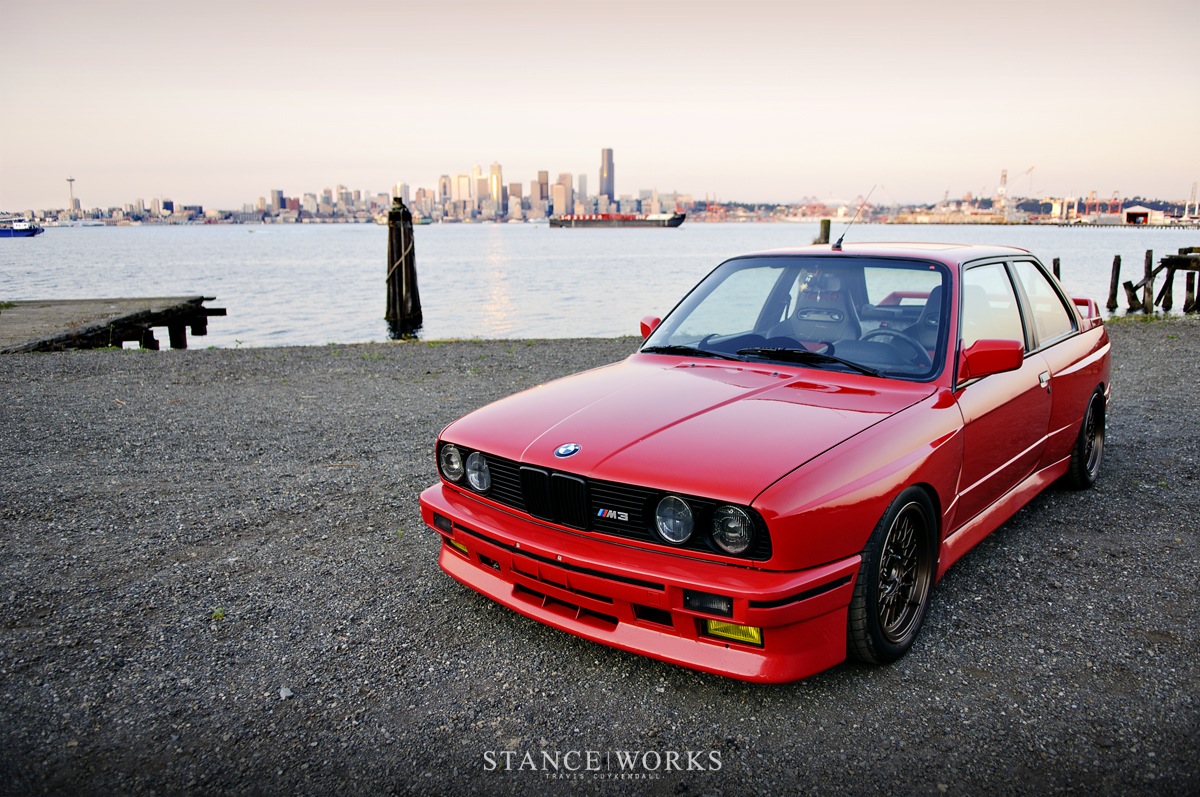