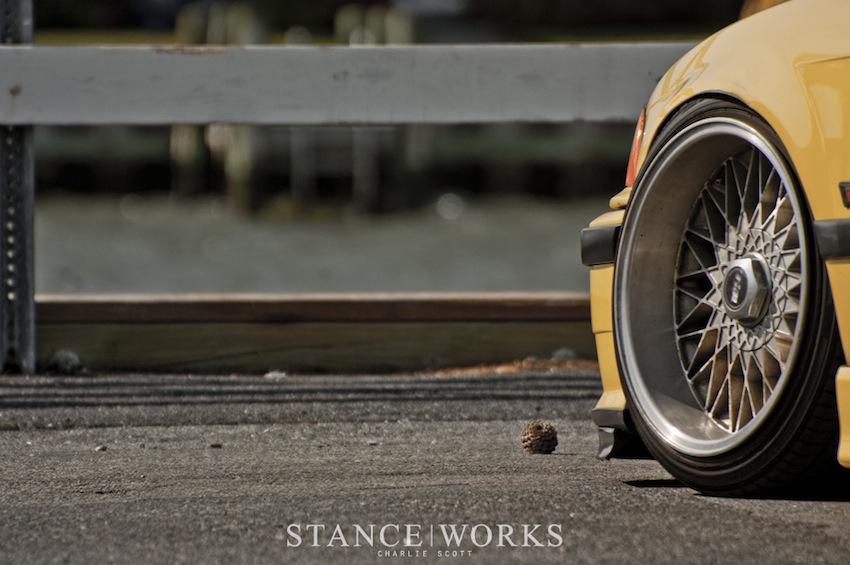 I have always been a BMW guy since a young age. I remember drooling over an Avus blue e36 m3 when I was 8 on vacation in Europe. Since then I've owned 3 e36s and always been a pure Euro dude. Over the past years, however, my interests and motivations changed especially with the introduction of Stanceworks. My passion for cars branched out. The drift world really took a hold of me as I started trying to lose traction rather than gain it at the auto-x. With this came my undying attraction for drift cars. Something about dragging bumpers and skirts with impossible wheel fitments while ripping WOT turns me on. Coming from BMWs and the Euro scene, I've always been partial to stock bumpers and lips. Flashy aero quickly grew on me though, as long as it's tasteful and pretty much resting on the ground. I won't even rule out crazy big wings, granted I have an obnoxious LTW high rise, but years ago I would’ve laughed at even a remotely large wing. I guess it's the 'ricer' coming out of me trying to have fun, throwing conservatism out the door, and I love it even if it’s not everyone’s thing. 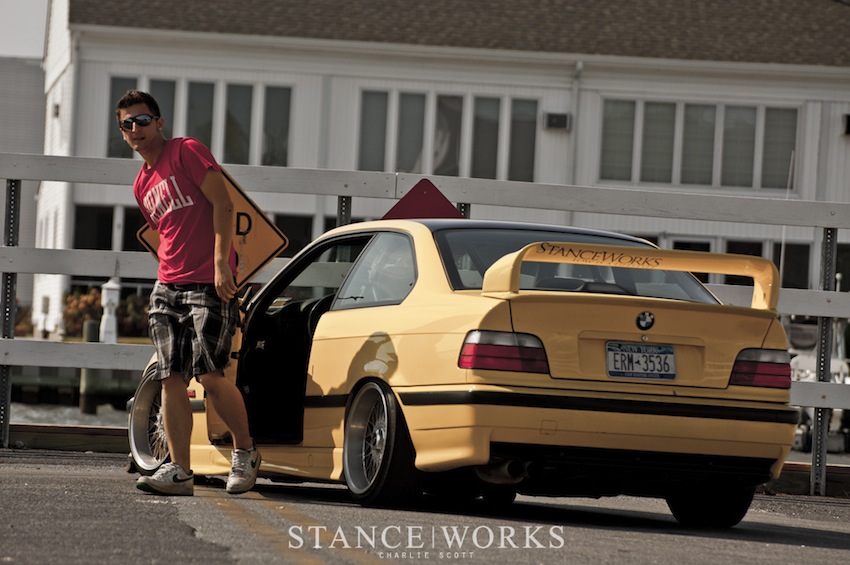 The automotive world has opened so many doors for me, from friendships to opportunities. At BMFeast (an all BMW event) years ago before SW, I remember rolling up in my slammed Avus blue e36 on 17x9/10 Fikses with one of the few cars rocking stretch and poke. I was far from a favorite at the event and received plenty of dirty looks, especially as my undercarriage scrapped pulling out. Another e36, granite silver sedan on 17x9 Equips I believe, with a phenomenal stance pulled in and immediately I grinned and followed him over. Many may know him as Eurobeem on the forums, but Eric and I have been friends since that day. His cars, style, and attitude have been an inspiration to me ever since and I’ll still throw him a text/call asking for his input on something or just to catch up.

Eric is one of the many examples of how friendships form quiet easily in this community. I have made countless friends in my journey in the automotive scene but the ones that really stick out are my dudes at StanceWorks. 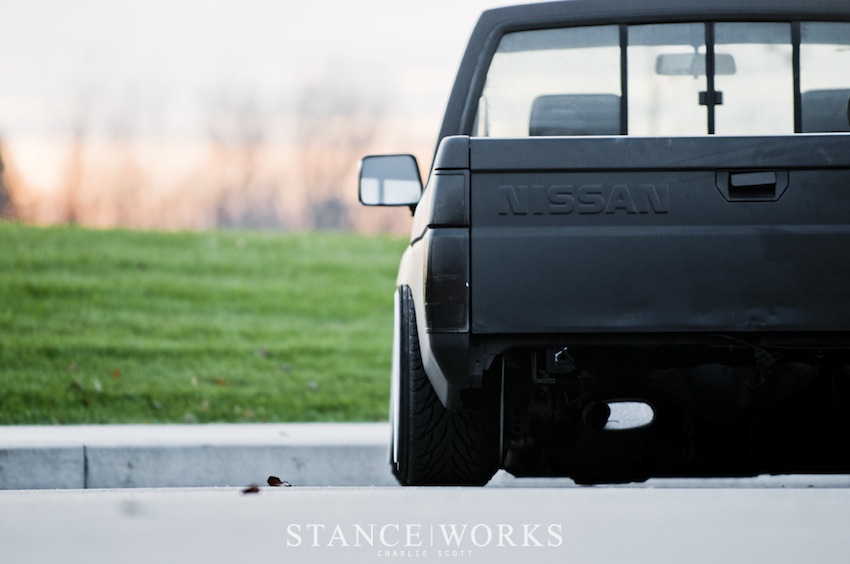 Last year I had a break from school during ImportReactor. Ben Terry welcomed anyone to come out and check it out. I shot him a PM and he was stoked to accommodate me and gave me that extra push to actually pull the trigger on the plane tickets, and boy am I glad I did. This guy picked me up from the airport, brought me to my first real drift event, introduced me to just about everybody which all followed with going to Denny’s with an awesome group of people and literally a line up of fitted vehicles in the parking lot. The night was indescribable especially for someone like me from the NorthEast. This many cars in the same place that arouse my exact interests just rarely happens in my area. After many insightful conversations, Ben welcomed me into his home just like that. I have to say that Ben is the most stand up person I’ve ever met. I could say one of, but he really is such an inspirational and awesome dude. Seriously love you, bro! Unfortunately I didn’t get to meet Mr. Burroughs on this trip due to some unforeseen circumstances with whatever crazy stuff Mike was up to at the time. I heard enough from Ben to really exponentially multiply my respect for him, though. Mike and Ben are two guys that DO. They don’t talk about what they’re going to do, they just make it happen. That’s something I have immense respect for. 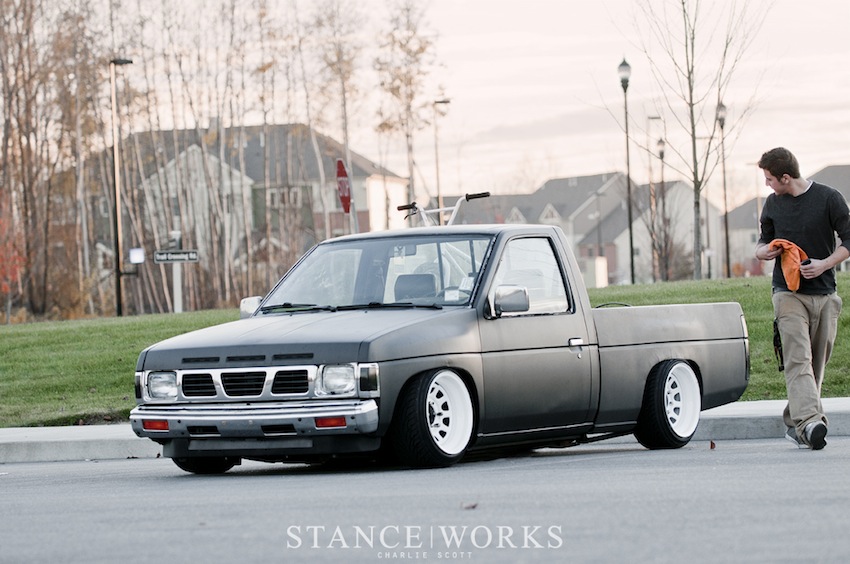 The next day he introduced me to a line up of people with ridiculous cars. I had the pleasure of rolling in Edafe’s 350z, my all-time favorite Z. Throughout the day I met a ton of awesome dudes, no homo. Pete (Petis), who I hit up on a constant basis for advice, Matt (Dubmd), Diego (s2k-13), and countless other guys that I hit it off with. Seeing cars in person that have been your wallpaper or just drooled over for years, is just unreal. The entire weekend was unreal and I could go on and mention so many more faces and crazy experiences (Anime Matsuri anyone?) , but we’ll leave that for another time. 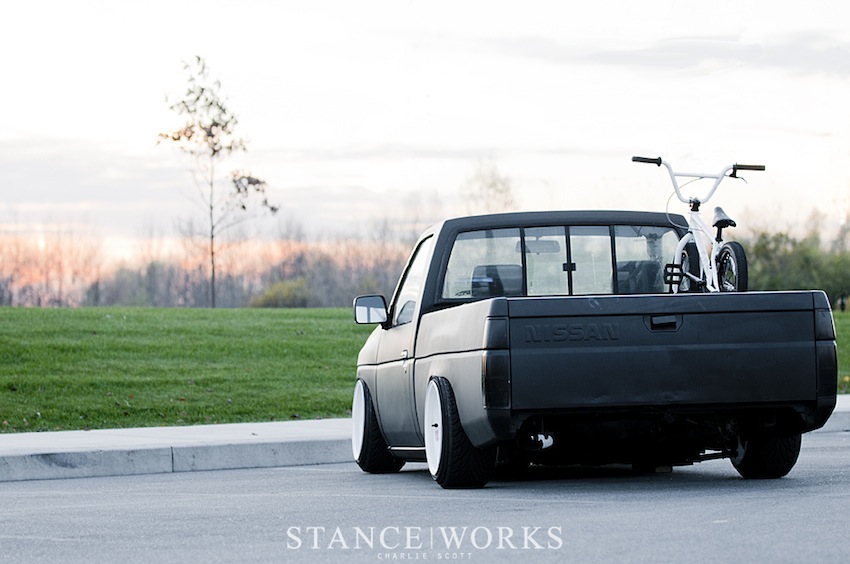 Eric hooked it up big this year at H20i with a ridiculously dope condo and an awesome environment. Eric Penelow, Charlie Scott, Ben Terry, Cory Hutchison, Andrew Sylvia, Josh Peltier, Kielan Prince, Byron Wilcox, and, of course, Mike Burroughs and Rusty just to name a FEW faces. I can tell you now that Mike, Ben, and Cory cannot be human considering how little they sleep and the energy they have. The biggest highlight of the weekend was undoubtedly when Mike let me drive and drag rusty up and down the strip with Cory manning the switches and Mike shooting as we sparked by. Needless to say this was probably the most awesome moment of my life. I’ve never been so ecstatic to have my legs burned with sparks and my vision blurred from the cabin filling up with smoke. It was truly awesome. Words cannot describe the good times that were had this weekend. RIP Rusty. 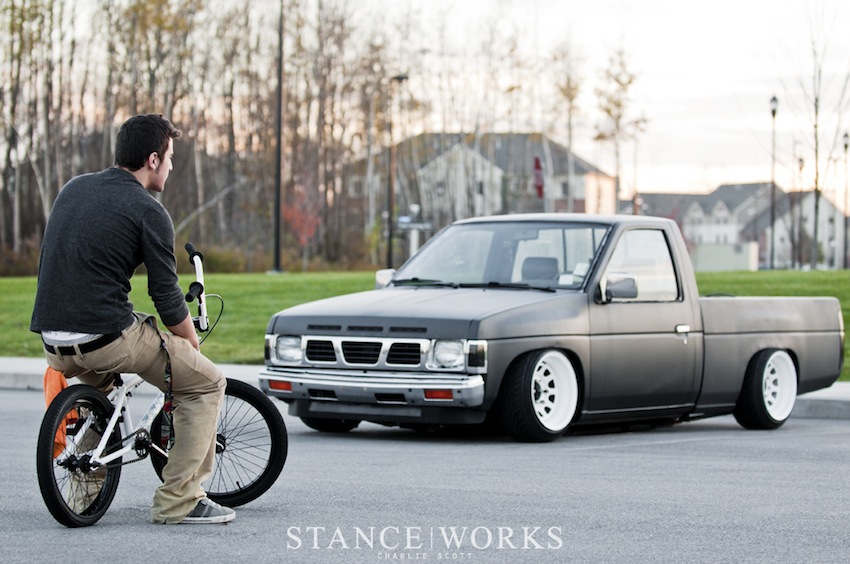 The internet is a fantastic place to hang out during the work week and virtually chill with friends from all around the world. It’s great for sharing your work and talking with people who share similar mindsets and interests. The real fun is when everyone gets together and meets the faces behind the user names even if it means trooping across the nation with your frame rails sparking the whole way. That is what StanceWorks is all about. Doing whatever it takes to make it to a show just to talk cars and fitment with some cool people. Having an open mind and welcoming new things even regardless of the genre or style. I’m hoping to see way more faces and styles at meets this year. You can consider this a call to action.