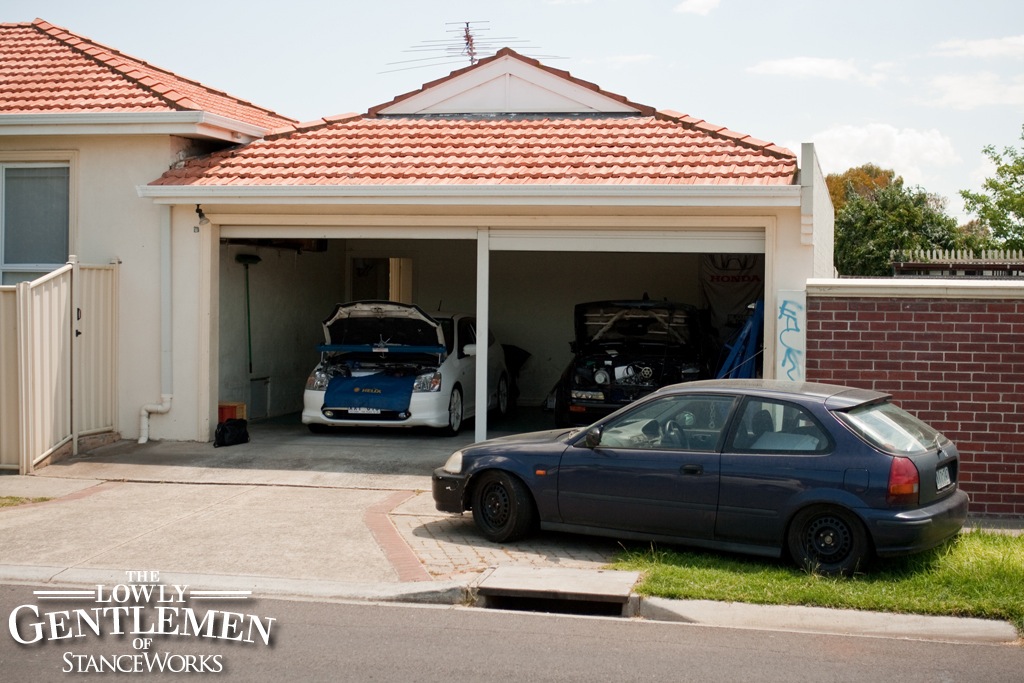 TNT Garage. These guys aren’t exactly bomb makers but the happenings of this residential garage are nothing short of explosive. TNT stands for Tom and Toli, two brothers who share a common passion that is automotive. Tom is an avid Honda enthusiast, having owned some of the nicer hondas to grace out roads and compiling a wealth of knowledge to back it up.

Toli is a little different, having a passion of the rear wheel kind. Drifting is what he eats, sleeps and breathes. You can find him at any event, and standing around him for less then five minutes you know he wants to be out there doing it.

Unfortunately Toli’s previous s13 and Tom’s Current EK were smashed right out the front of these roller doors, by an idiotic driver, who has now caused an event of epic proportion. Blasphemy most would call it, Madness to some, but this isn’t sparta. 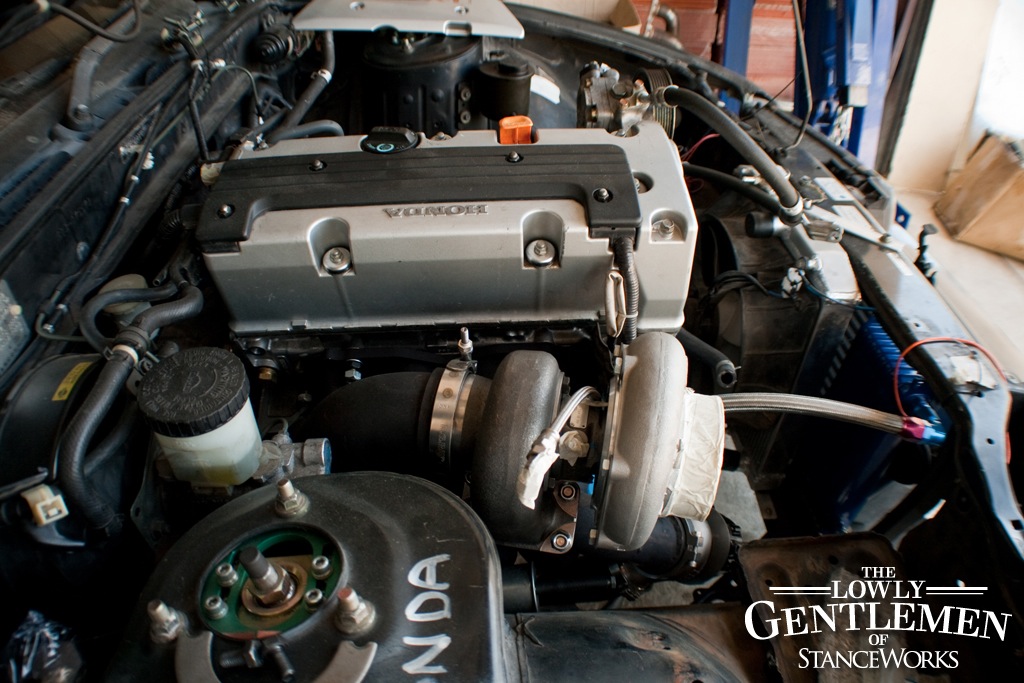 What you see is a K20 Honda Integra type R power plant out of the last of the  truely great integras, the dc5. Almost every person would think “Why!?” considering the s13 came out with a turbocharged 2.0 litre from factory, and has been proven to be a reliable motor with capabilities of making great power. 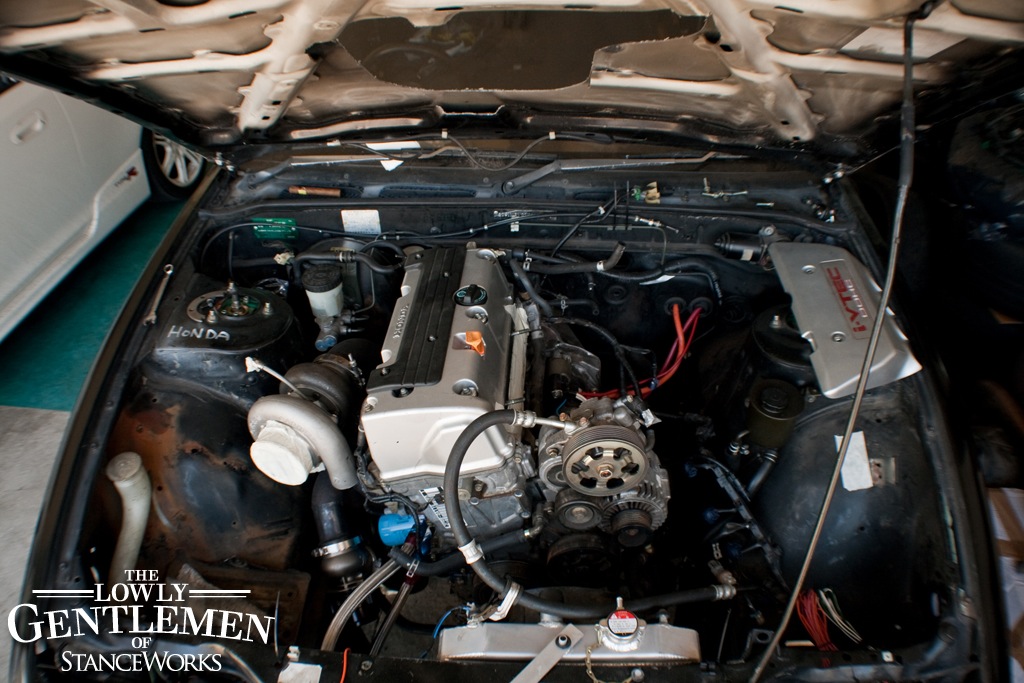 I put it to you like this. Why not? 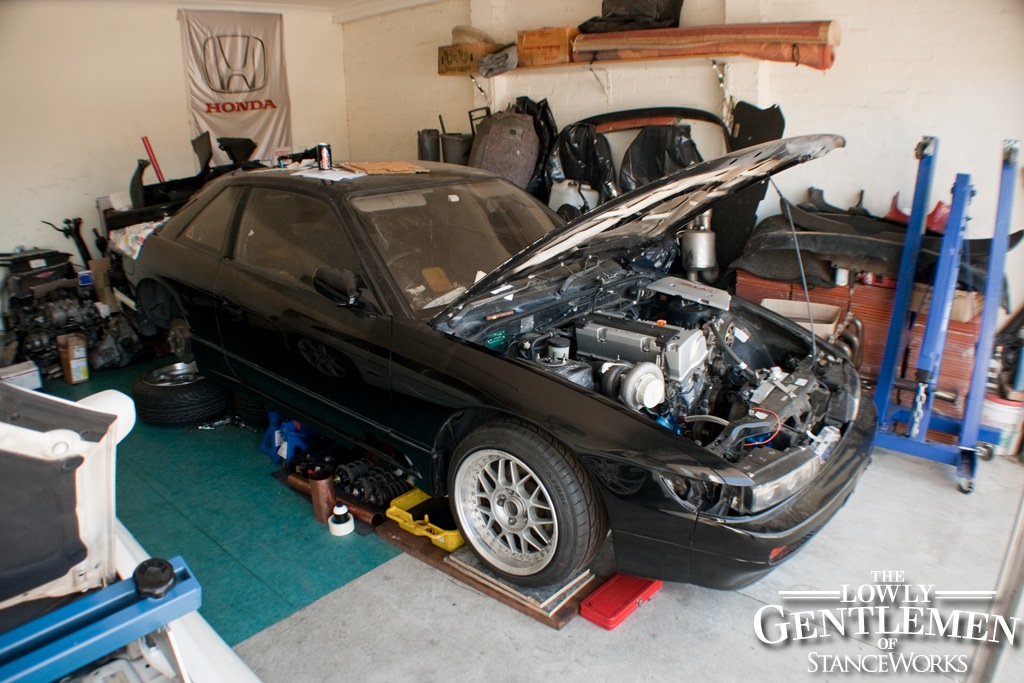 Everything on this car is custom fabricated to create this abortion to the purists. From the adapter plate to connect the s2000 gear box to the one off turbo manifold to the engine mounts. Being the prototype shell, you wont be seeing immaculate bodywork or multi thousand dollar wheels just yet. This will be built to drive, but who knows what the future will hold. 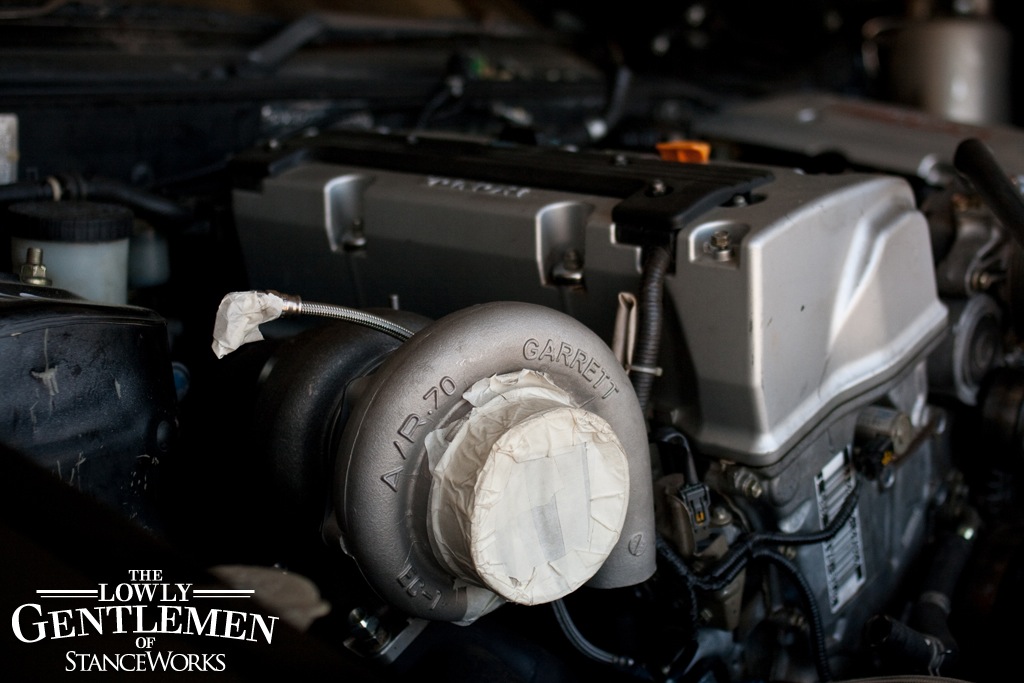 Next on the list is the intake manifold which is currently being manufactured using the factory item, cooler piping and some other finer pieces to bring it all together.

Although right now you are asking, “where’s the stance?”, The sump sits well above the factory crossmember and the current coilovers are at their highest setting to enable easy access onto trailers for transportation. This will undoubtedly be one of the lowest s13′s once all is finished. With no fear of tearing a sump open, I am almost certain the wont be daylight creeping from under the otherwise factory body. 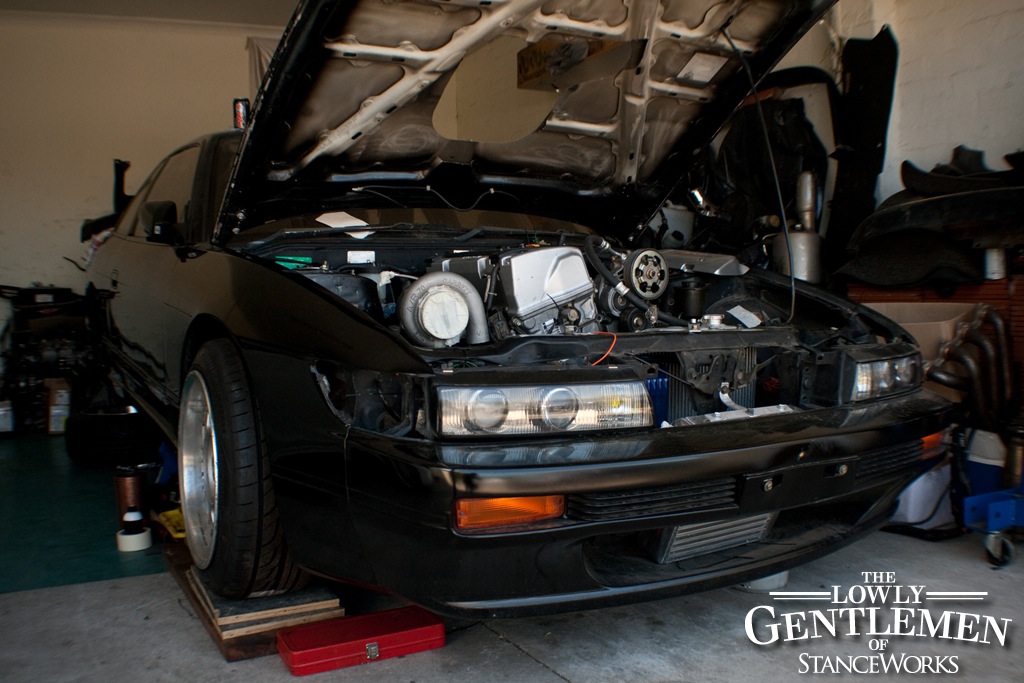 Expect to see big things from these guys soon, As the build is nearing completion, a full feature will no doubt be in order. 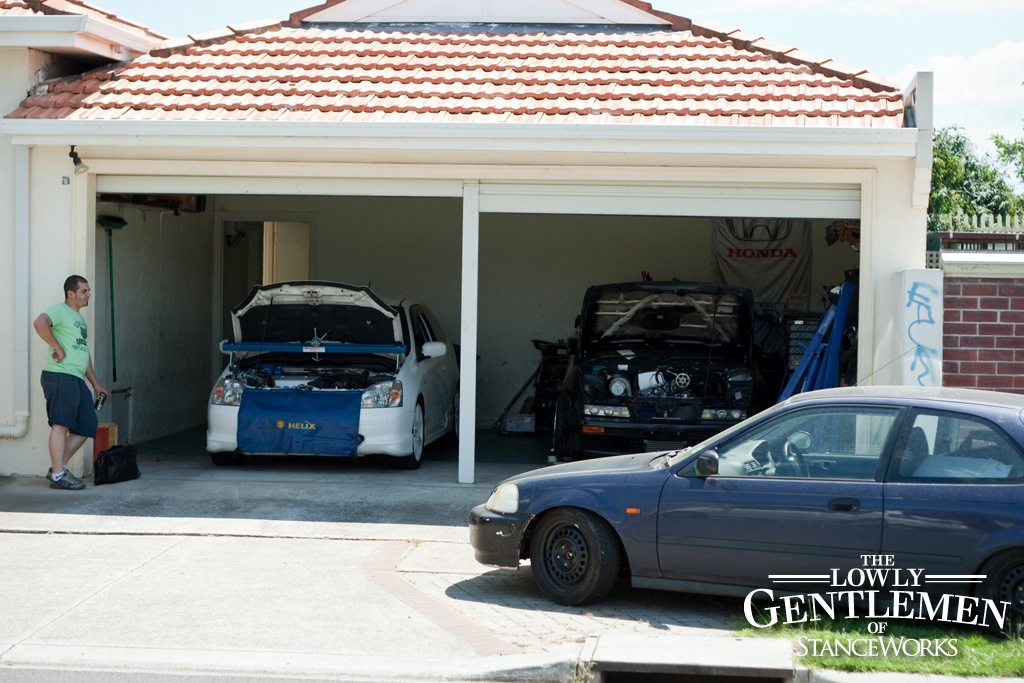