In a sea of cars that seem to celebrate mismatched panels and wear body damage like a badge of honor, you'll find Daniel Ressa and his S14 staying afloat. For more than a half-decade now, thanks to exposure from new instagram posts to old school blog posts, Danny's "PowerMove" S14 has been heralded as the "Zenki King." Some even go as far as to suggest it's the best state-side S14, and others claim endearingly that it's the best U.S. S-Chassis all together. For us, one thing's certain; Danny Ressa's S14 deserves every bit of recognition it has earned, and then some. 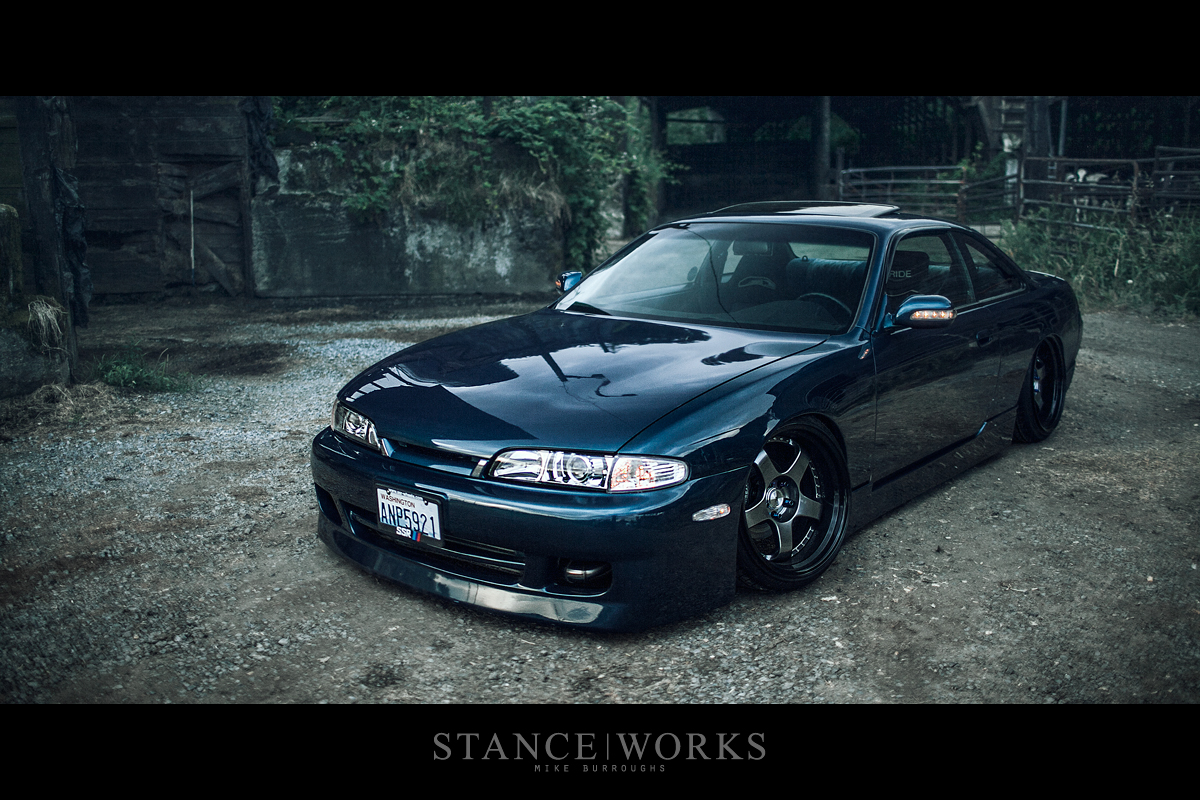 The world of "S-Chassis" cars - the S13, S14, and the S15, the first two of which America received as the Nissan 240SX - is a unique place. It's a segment of car culture that is heavily entrenched in driving, or more importantly, drifting. Drifting is a substantial part of, if not all of, what defines the style, trends, and mindset of s-chassis culture, and in truth, it makes a lot of sense. These cars were a significant part of what birthed the entire sport, industry, and lifestyle - as a cheap, fun, rear-wheel-drive car, few vehicles are better suited, but with that, comes a certain set of challenges. 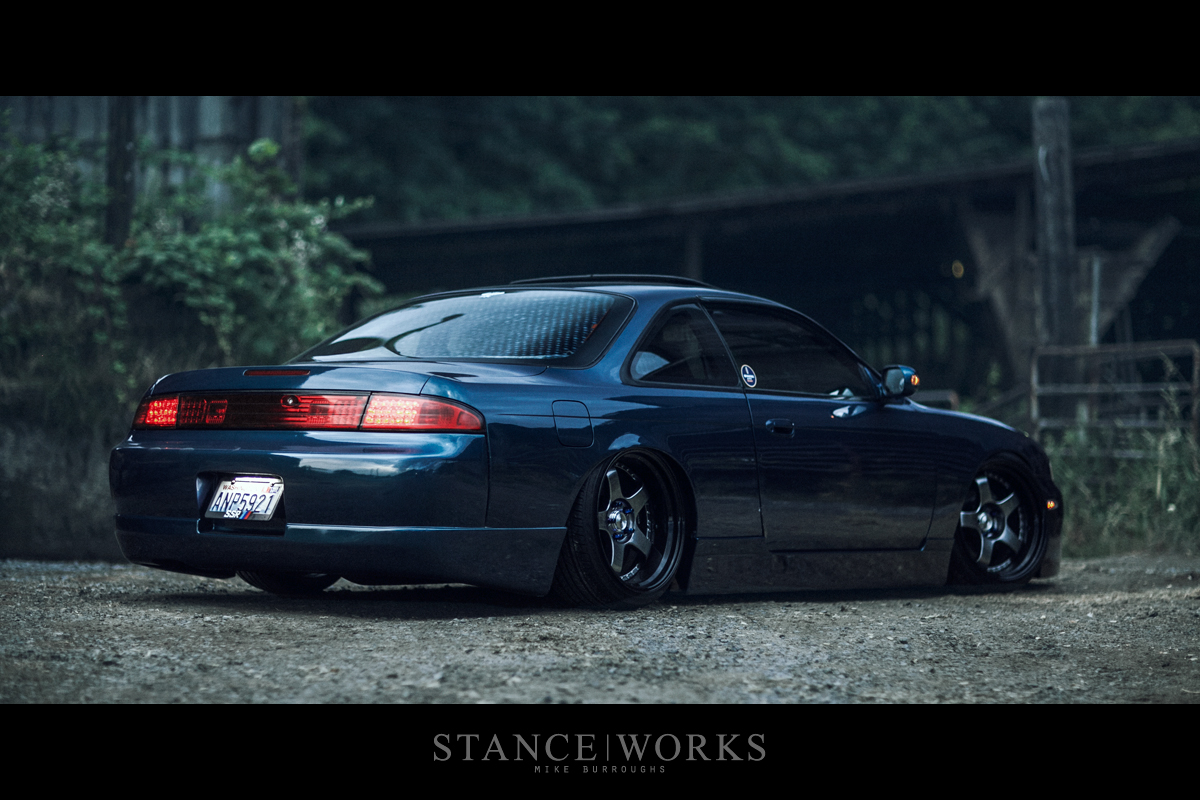 After more than a decade of popularity in the United States, drifting has taken its toll on a staggering number of cars, and most notably, the S13 and S14, which stand long and by far as the most popular platform for the sport. For many, these cars offer a cheap, disposable way to enjoy the motorsport of drifting, and for others, the cars stand as the only "affordable" way to enter the sport at all, between college budgets and sometimes even high school jobs. Hop on craigslist, and you'll find that a clean, "unmolested" example will fetch an astonishing premium, if you can find one by weeding through the droves of poorly modified, beat up, and often wrecked examples that have been surrendered from the hands of the younger drift community. 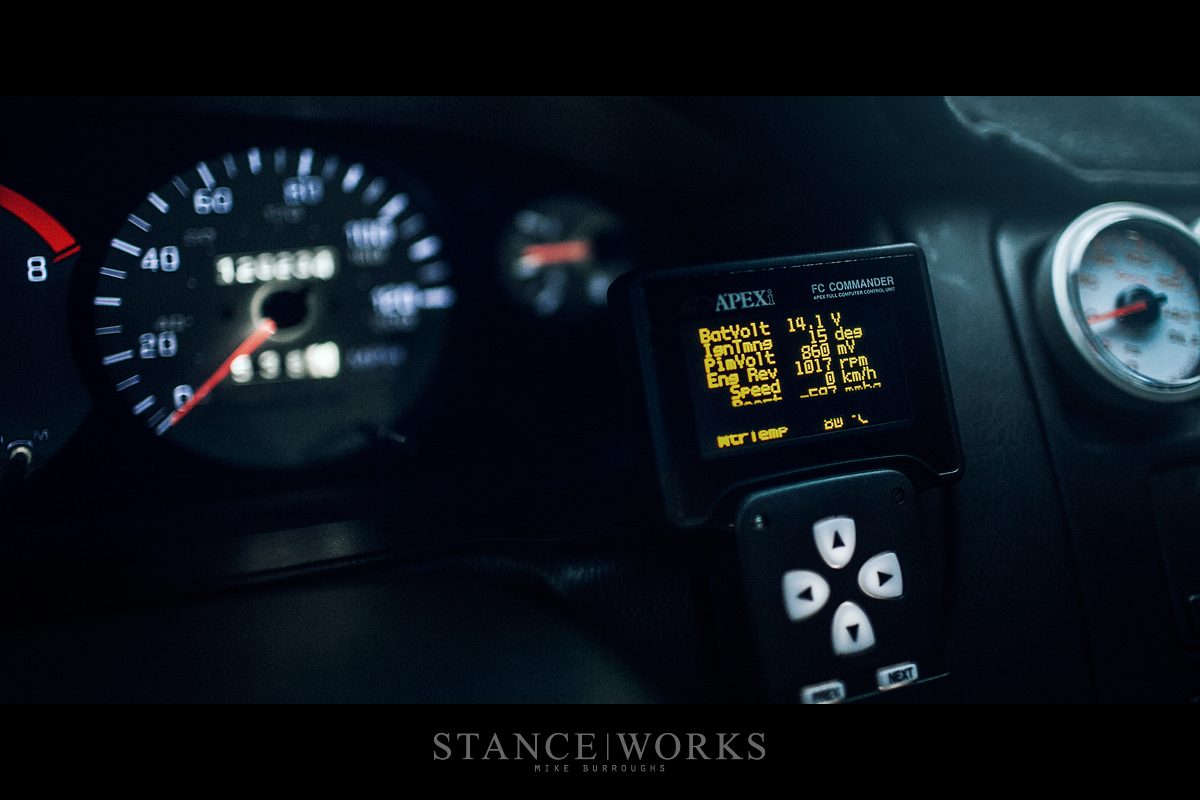 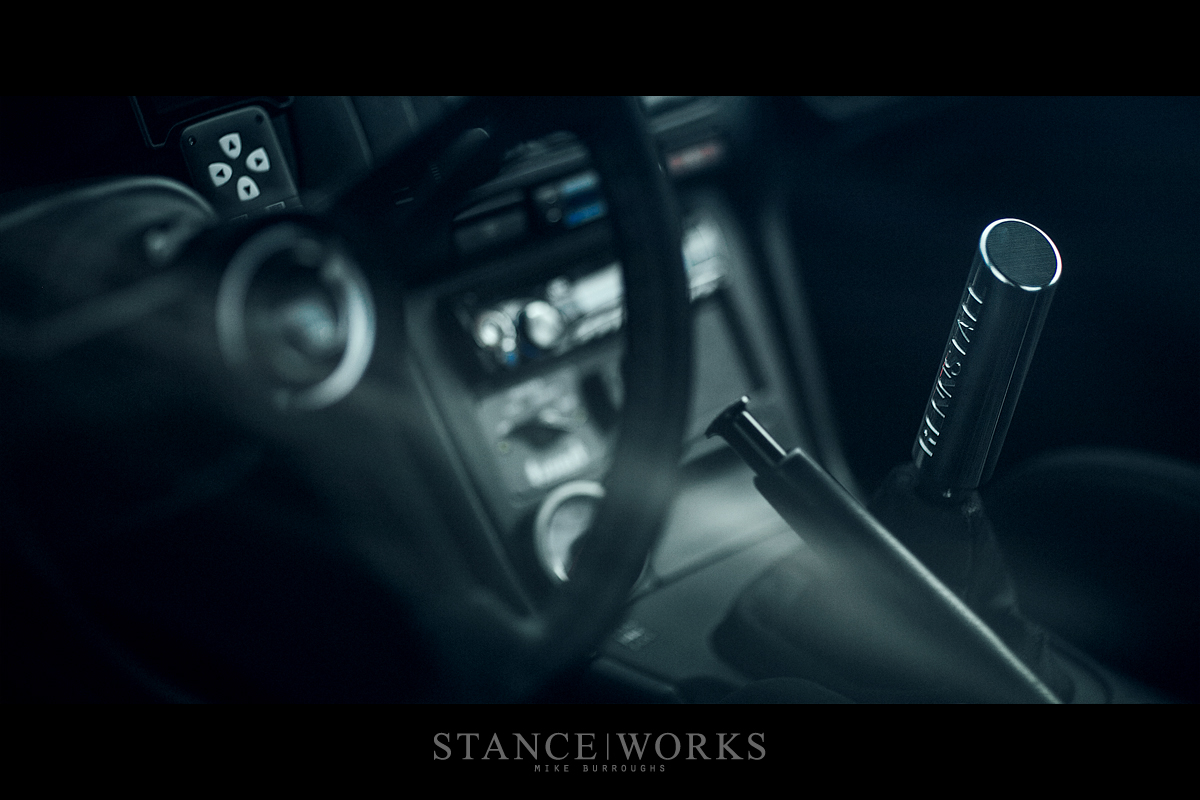 There are those, however, who have truly fallen in love with everything the s-chassis is, from its style and character, to its handling and performance capabilities. From them, a number of prominent cars have arisen, establishing a hierarchy of cars known across the community as some of the best of the best. Some are, of course, show cars and garage queens; but many find themselves just as in love with the sport of drifting, and thus find themselves balancing the maintenance of style with the rigors and abuse of sending their car sideways. In fact, there are entire segments of the community dedicated to it, such as the Final Bout series that puts emphasis on style while driving and while sitting still. 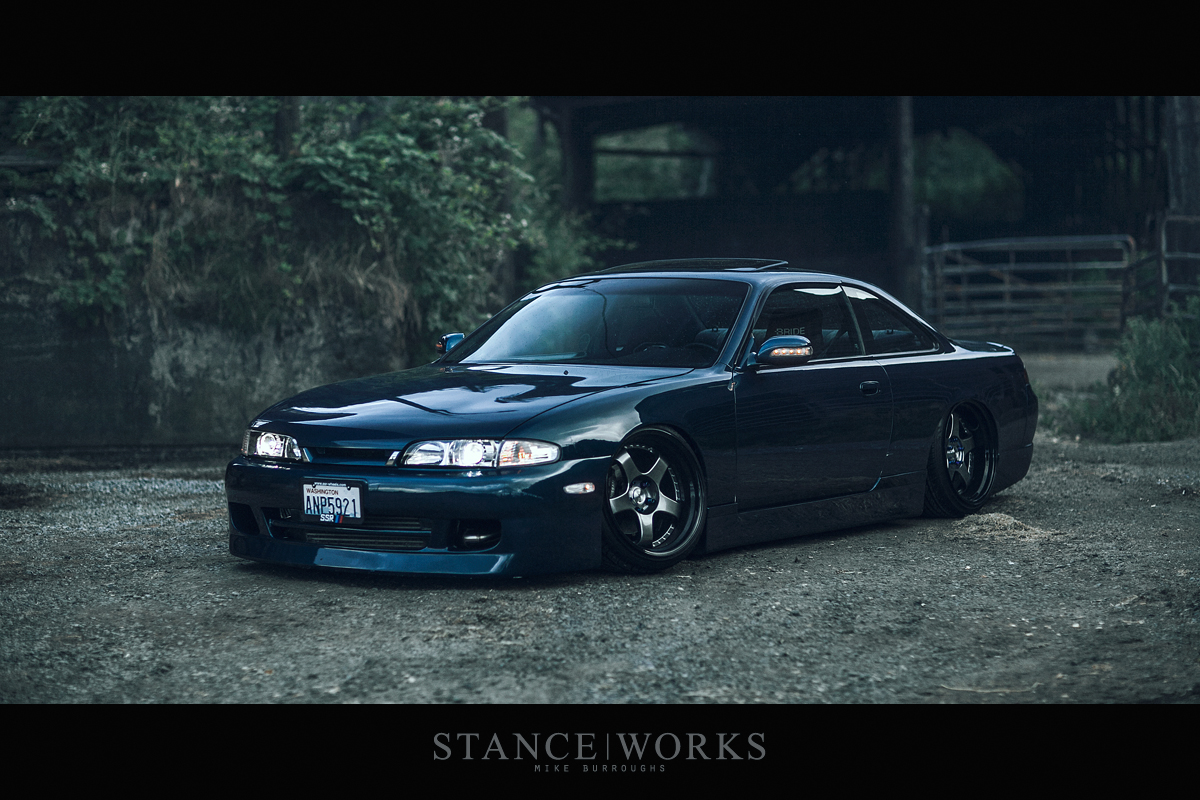 Danny Ressa fits into the latter category - despite his car's cleanliness, he was quick to suggest that we make time for photos of the car in a more compromising setting, like on the race track. Over the years, his car too has suffered the stresses of sliding sideways, including a few mishap that have sent the car back to the body shop. However, Danny abides by a familiar maxim - What good is going fast if you don't look good doing it? 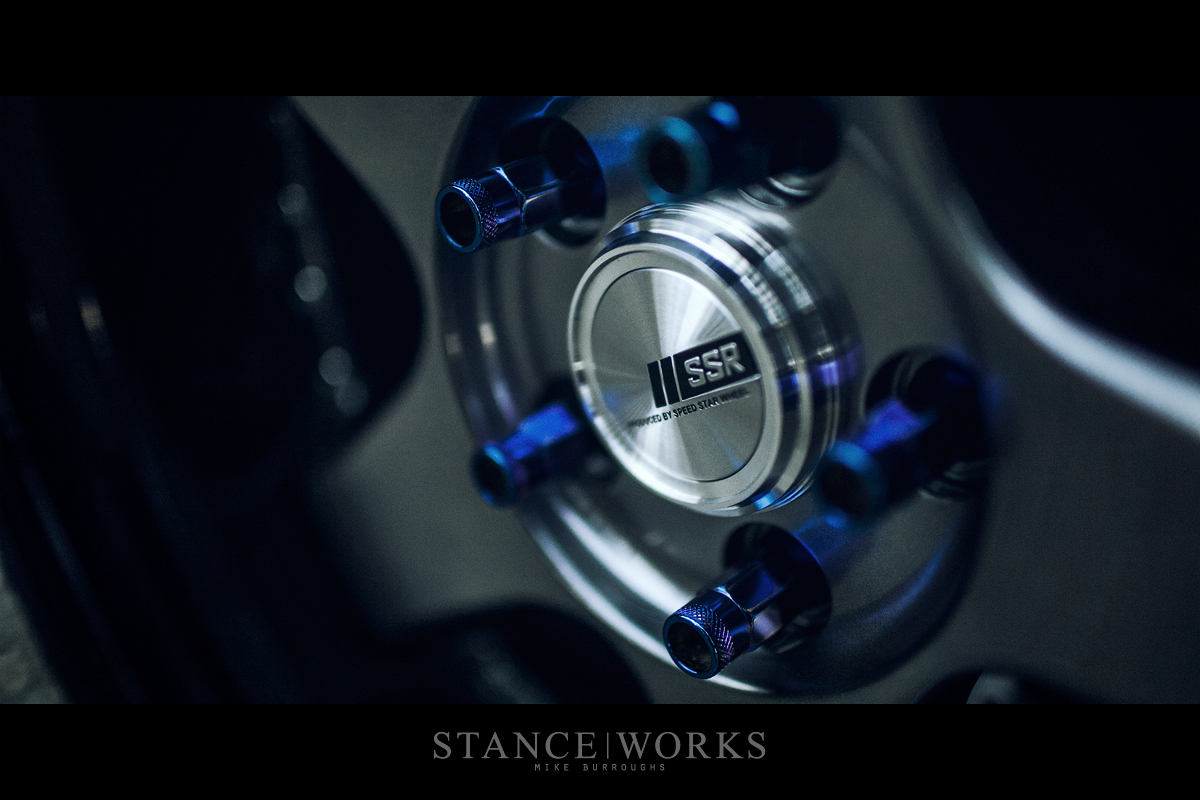 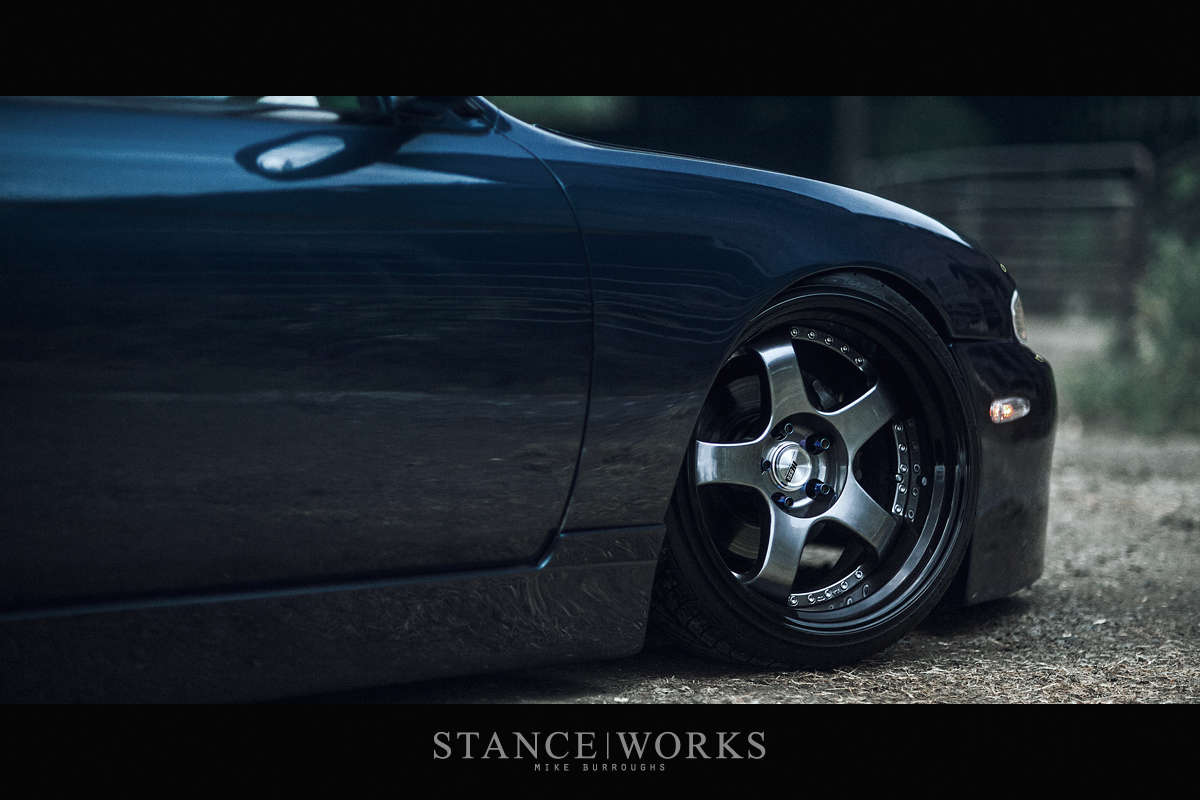 For me, the S-chassis itself came and went as a car of interest. At 15, an S13 is all I could imagine owning, and at 16, I went to great lengths to purchase one - in particular, a grey two-tone coupe that sat as a shell in a junk yard that I realistically had no business owning.  Before long, however, my infatuation with BMW grew, and with that, the interest in S13s waned to the point of non-existence. I didn't hesitate to tell Danny either: S-chassis cars simply don't "do it for me" anymore. I have nothing against them... there's no distaste per se, but they don't get my gears turning and the oil flowing quite like a boxy BMW. Unless, of course, they look like Mr. Ressa's. 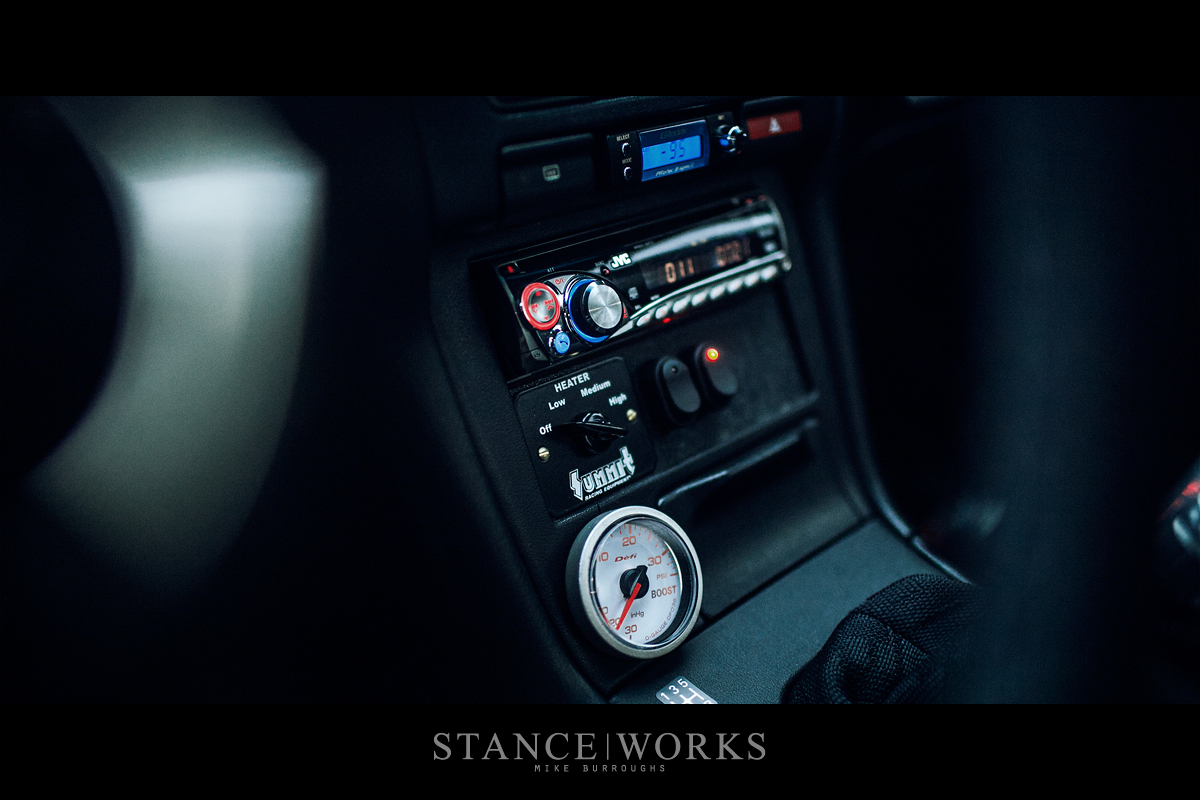 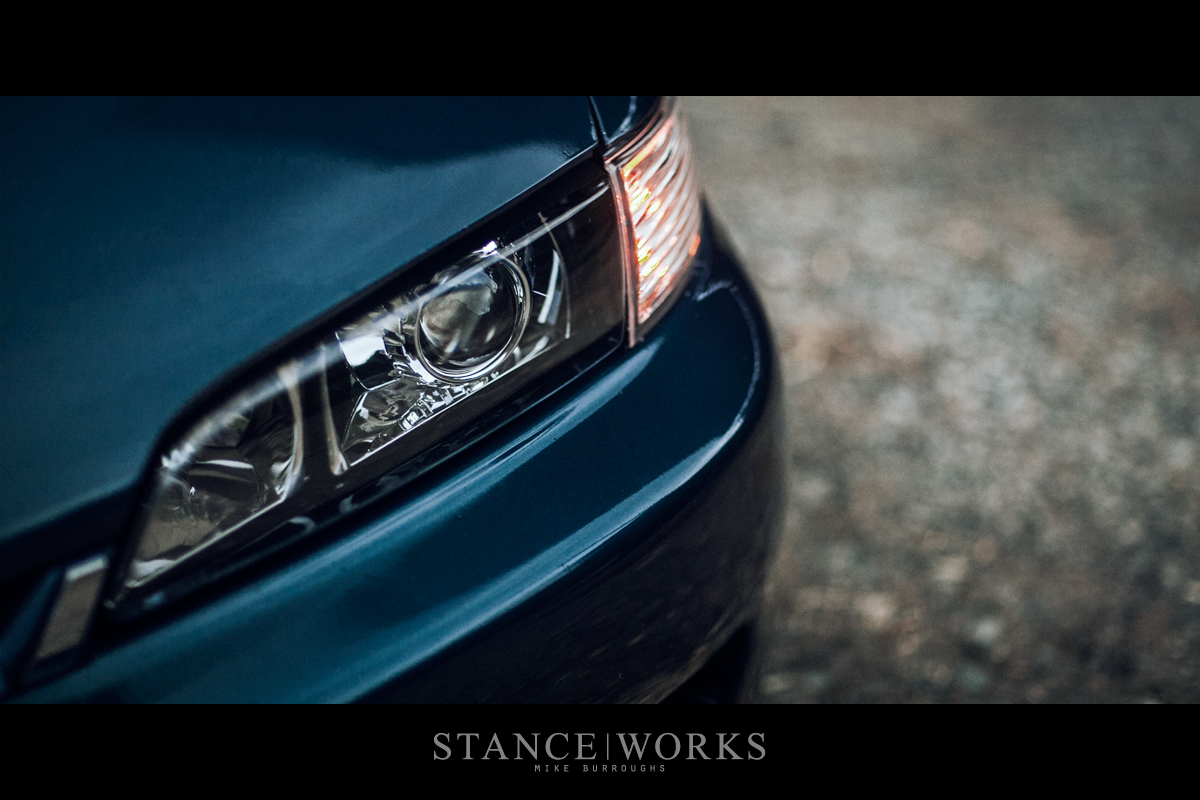 I fawned over the car immediately upon seeing it. Danny and his car joined us for a weekend in Leavenworth - quite out of his car's element - as several hundred German cars gathered for the weekend. In fact, Danny's car was easy pick for favorite of the weekend, and I was shocked admitting that to myself. Over the BMWs and Volkswagens, it was, of all cars, an S14 that captivated me most. 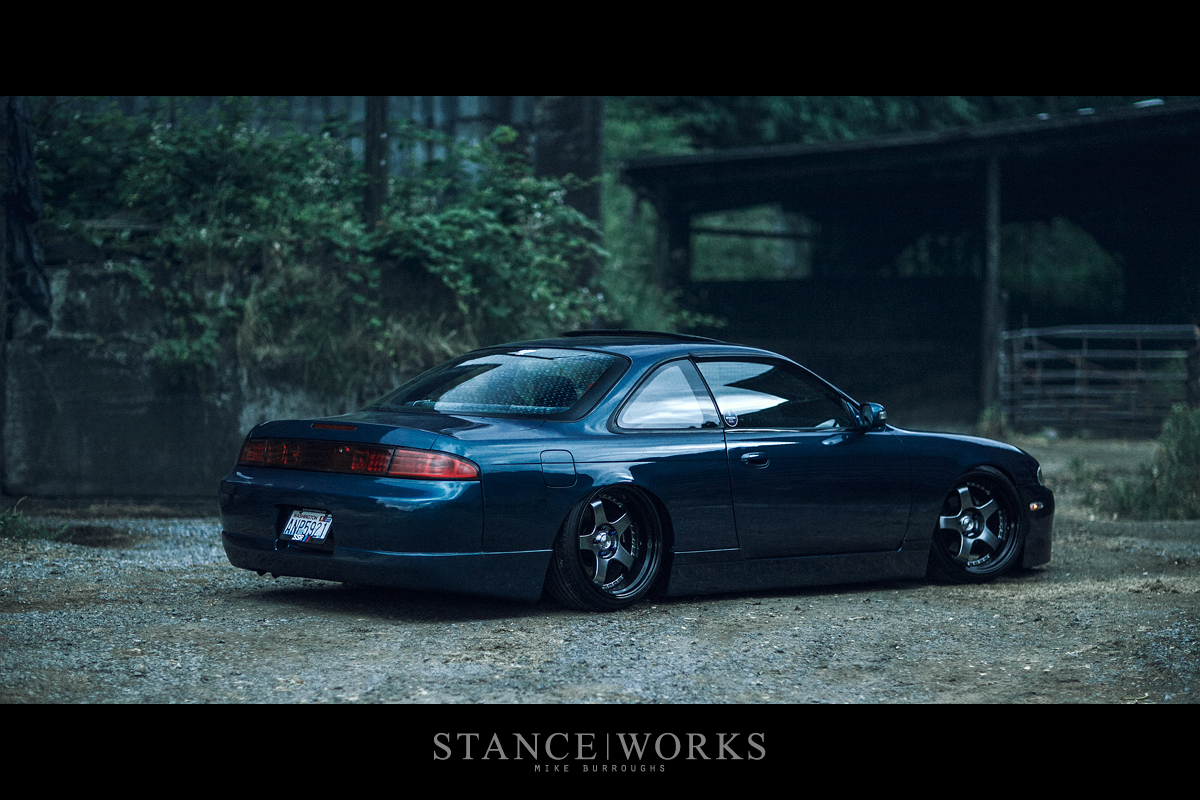 Following our weekend in Leavenworth, Danny and I met for a shoot, and our choice for location was a seemingly abandoned farm, set against the Everett hillside as a light, familiar northwestern mist blanketed us. Between photos, I prodded Danny about his car, asking about the ins-and-outs of what made it special to him. In his soft-spoken demeanor, he made it clear, intentionally or not, that the car was truly a project of passion, and I think that's perhaps what makes the car so successful in and of itself. 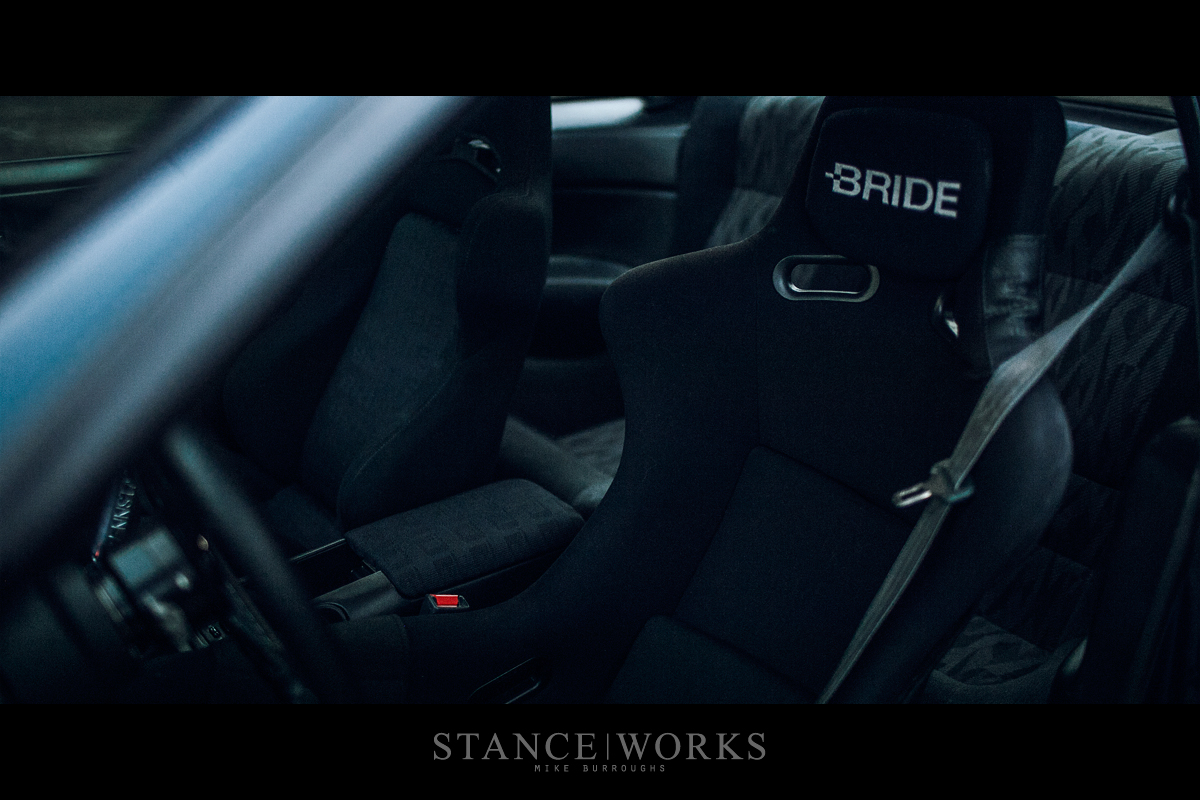 As a fashion student, Danny is keen on the details. The list of parts the comprised the car itself wasn't anything ground-breaking; Danny didn't rely on a one-off body kit, one-off wheels, or even a mountain of horsepower to set the car apart from the community. Instead, it was his focus on the finer points, the tidbits, and the character the car portrays. 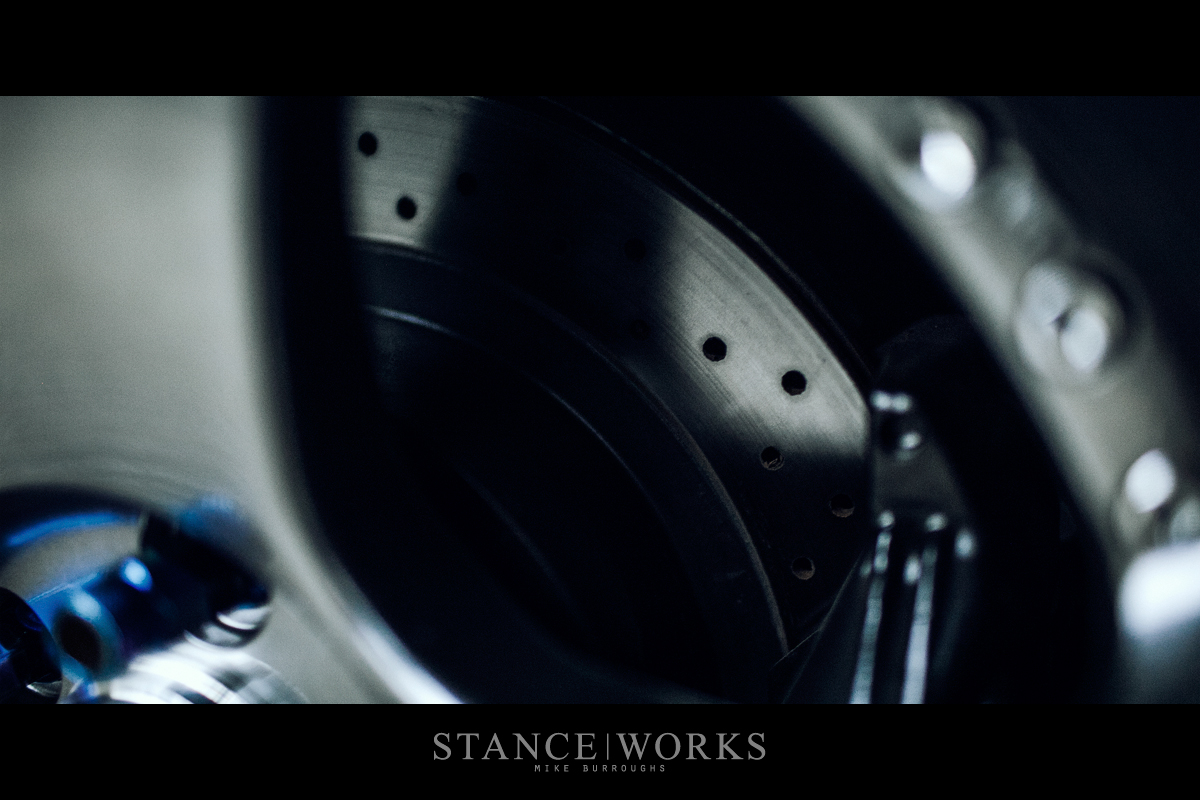 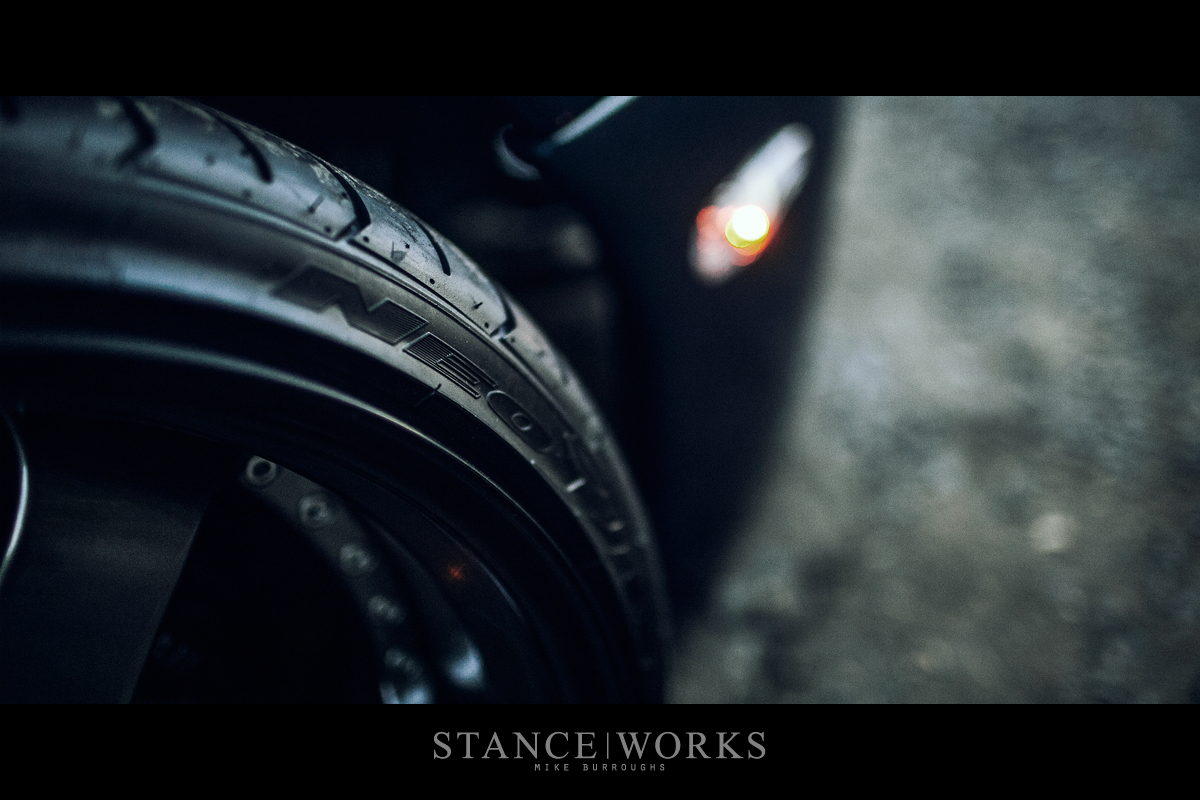 Where others use vibrant, loud, and flashy finishes, Danny has opted for the understated. A fresh coat of paint covers the body and the 326 Power body kit, albeit in the factory Blue Emerald hue. The SSR wheels are hidden away, pushed as close to the realm of subtlety as possible, thanks to shadowed centers and black hardware. Exterior touches such as the lighted mirrors and custom tail lights leave the unknowledgeable, like me, able to appreciate the car's simplicity, while giving the S14 guys a bit of something extra to drool over. Touches like the E46 M3 Bi-Xenon projectors fitted within the factory headlamp housings are what show Danny's thoroughness and true attention to detail. 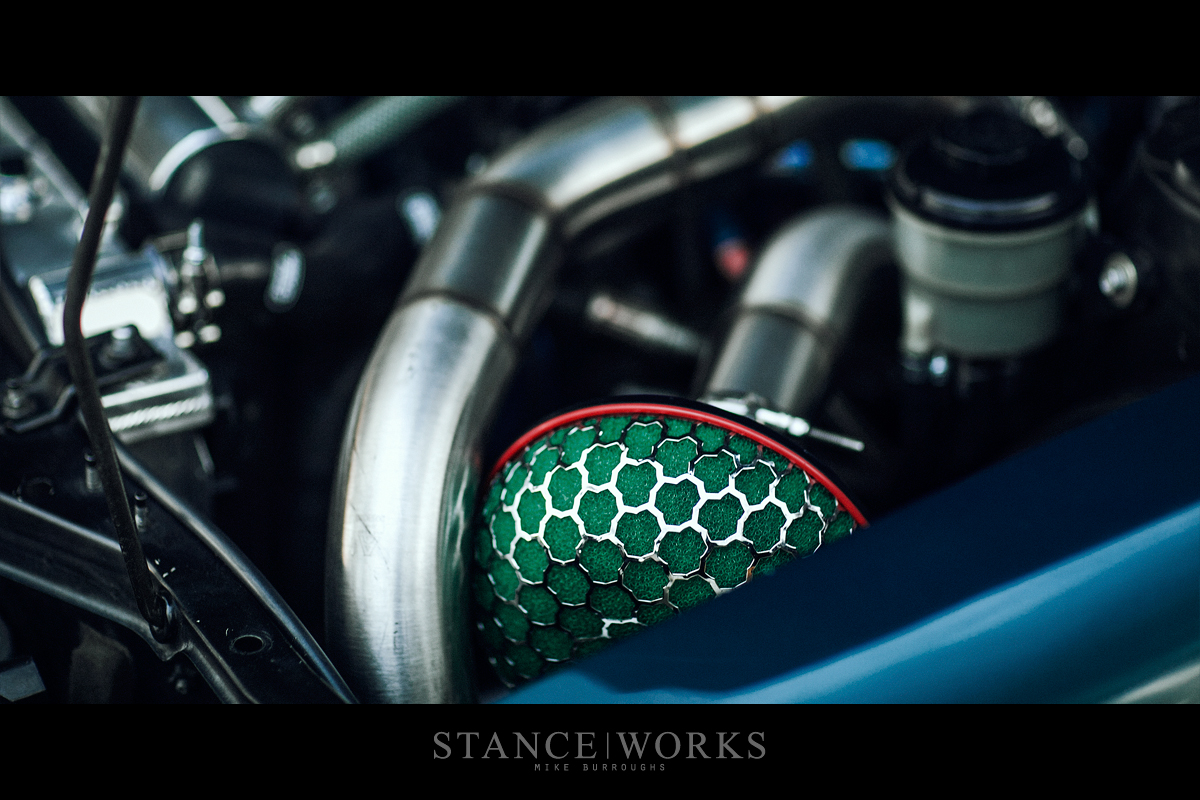 Inside, Danny's handiwork can be examined closer - having upholstered his Bride passenger seat himself, along with his door cards and center console, a bit of flair has been instilled. The gauges and Apexi standalone that cling to the dashboard hint to the extent to which Danny truly drives his car, while an Nardi wheel and Rennstall knob give tactile feedback without sacrificing style. 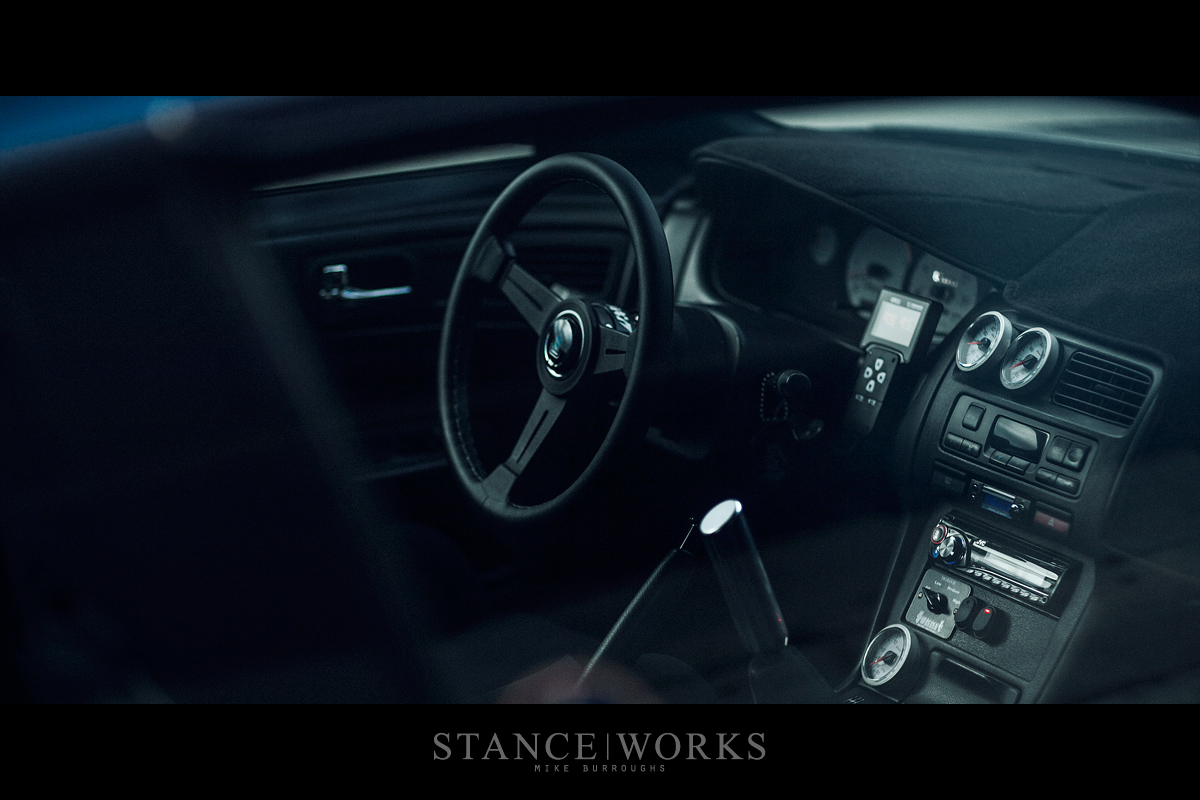 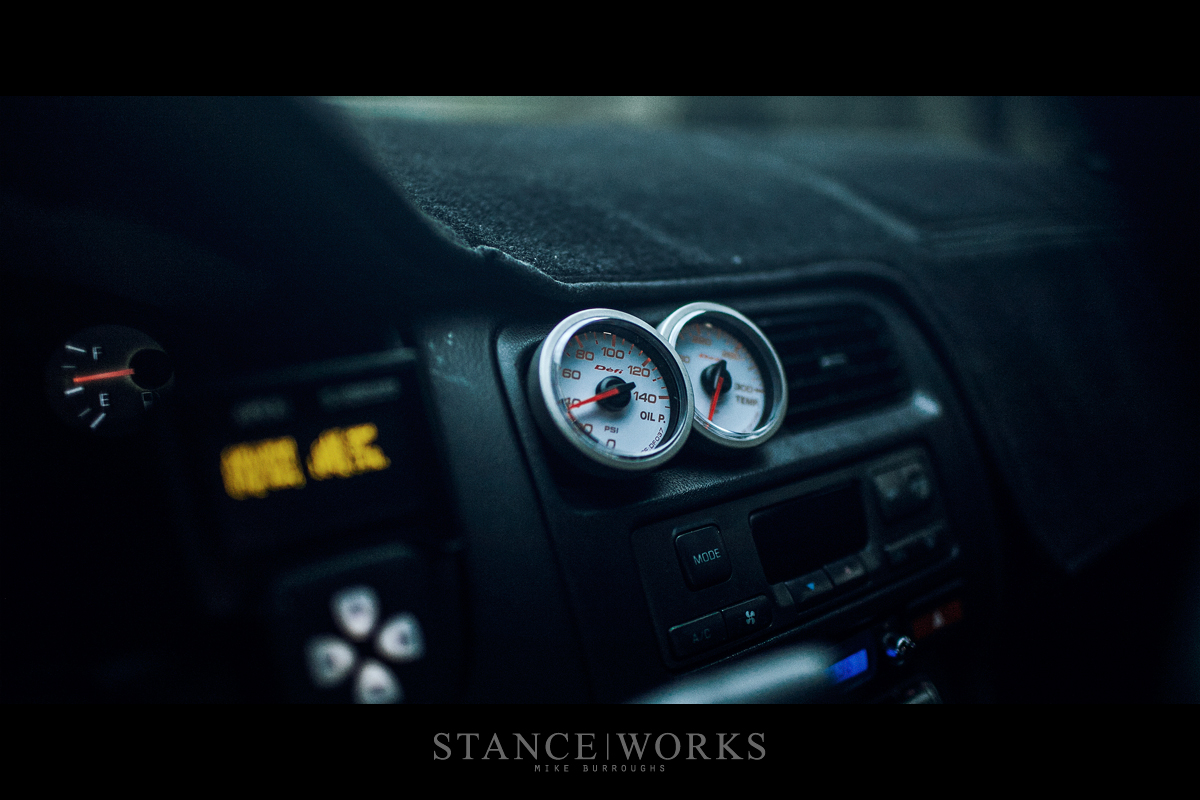 Under the hood, Danny's SR20 pumps out around 350 horses - more than enough to crank over the Nitto Neo Gens, which Danny chooses for their balance of grip, comfort, and street-ability, instead of something like a DOT R-Comp. There's no need for excess; Danny insists any more would be a waste, and that the balance of power is perfect for his driving style, and it does so reliably. 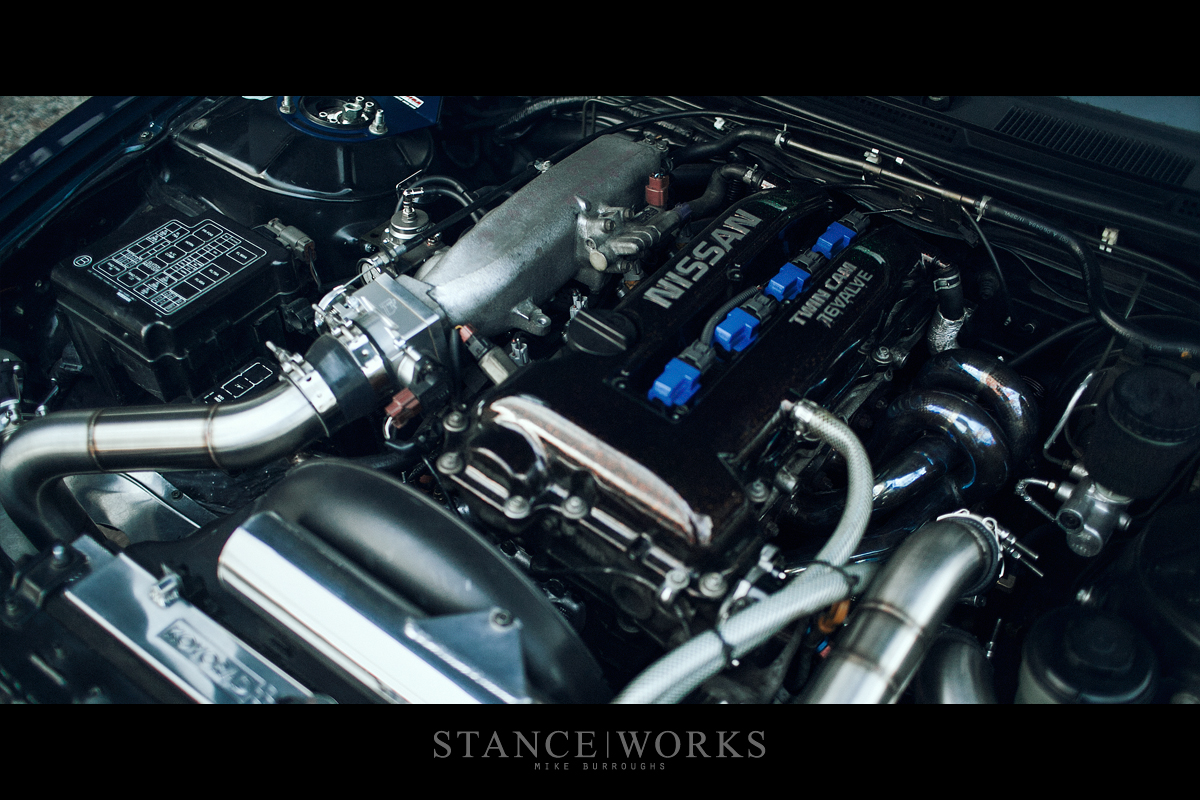 Danny proved it, too, lighting the tires up and leaving Nic Foster and I behind in a smoky, damp haze after we finished our shoot. Just like that, Danny was gone. Nic joked "It'll be ages before we see that car again," an ongoing joke amongst Daniel and his friends. That may be true, although I have a hunch that if you can clear a patch of tarmac, or better yet, a race track, you too can see one of the best S-chassis out there. 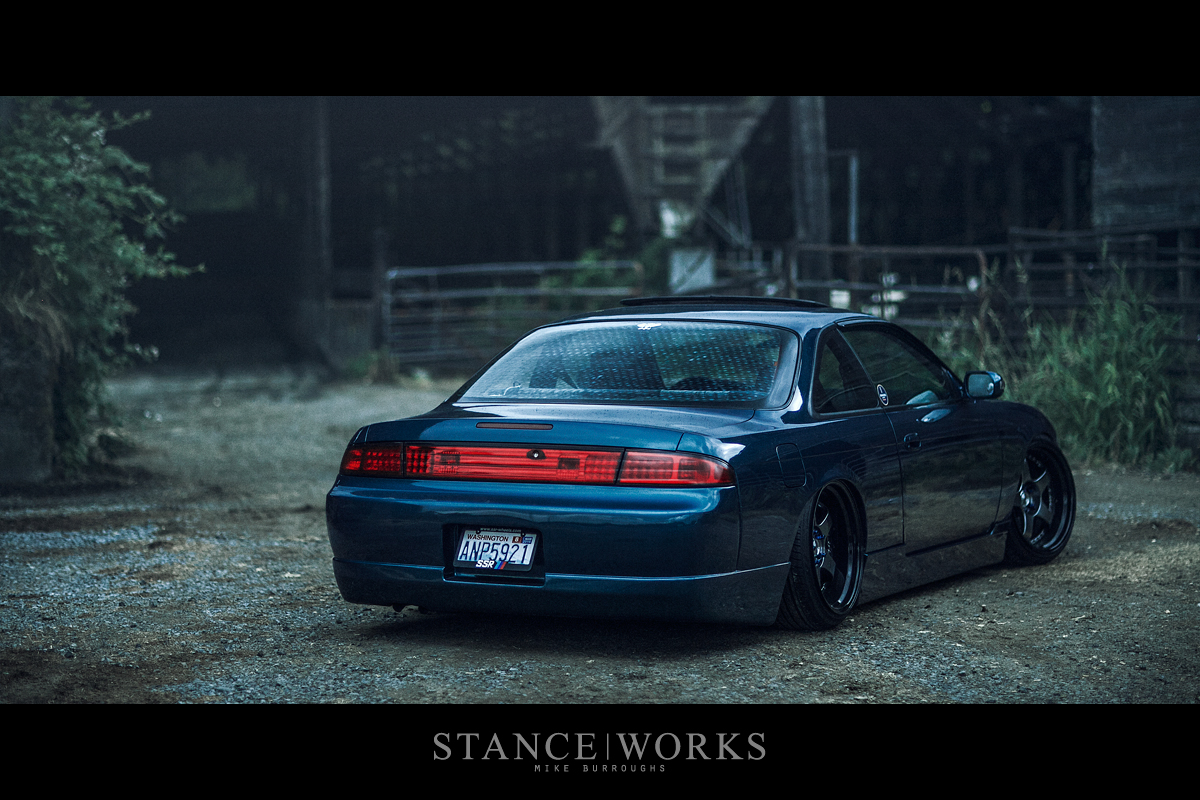